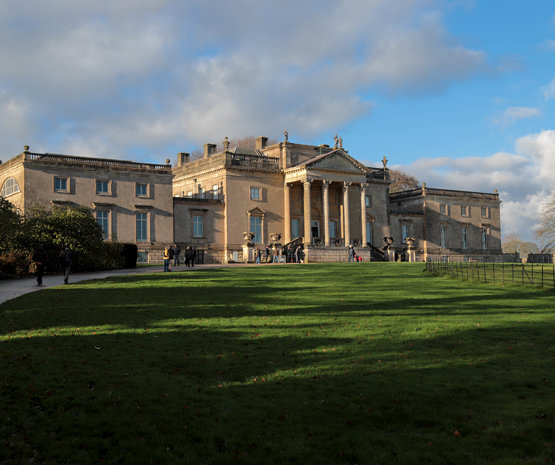 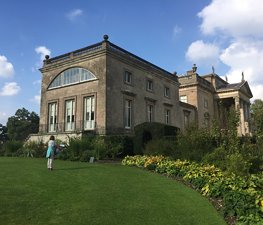 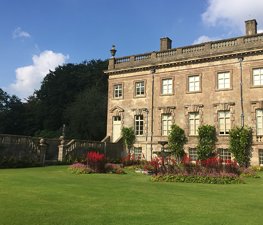 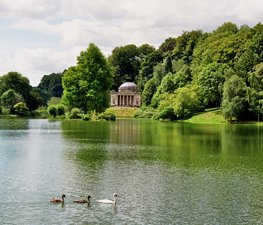 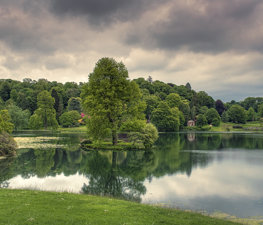 Stourhead () is a 1,072-hectare (2,650-acre) estate at the source of the River Stour in the southwest of the English county of Wiltshire, extending into Somerset. The estate is about 2 1⁄2 miles (4 km) northwest of the town of Mere and includes a Palladian mansion, the village of Stourton, gardens, farmland, and woodland. Stourhead has been part-owned by the National Trust since 1946.

The Stourton family had lived at the Stourhead estate for 500 years until they sold it to Sir Thomas Meres in 1714. His son, John Meres, sold it in 1717 to Henry Hoare, son of wealthy banker Sir Richard Hoare. The original manor house was demolished and a new house, one of the first of its kind, was designed by Colen Campbell and built by Nathaniel Ireson between 1721 and 1725.

Over the next 200 years, the Hoare family collected many heirlooms, including a large library and art collection. In 1902, the house was gutted by fire but many of the heirlooms were saved, and the house was rebuilt in a nearly identical style.

The last Hoare family member to own the property, Sir Henry Hugh Arthur Hoare, gave the house and gardens to the National Trust in 1946, one year before his death. His son and sole heir, Captain Henry Colt Arthur "Harry" Hoare, of the Queen's Own Dorset Yeomanry, had died of wounds received at the Battle of Mughar Ridge on 13 November 1917 during World War I. The last Hoare family member to be born at the house was Edward Hoare on 11 October 1949.

Henry Hoare's art collection is displayed at Stourhead; his acquisitions are featured in the Palladian mansion's 'Painted Alcove' or Italian Room. Hoare’s collection includes many hand-coloured prints – in some cases, coloured with such skill that they were mistaken for oil paintings. These prints are engravings of the works of the Italian masters (for example Daniele da Volterra, and Carlo Maratta) and the hand-colouring is attributed to a "Mr. Studio", thought to be Giacomo Van Lint, the son of Flemish painter Hendrik van Lint (possibly in collaboration with his father).

Although the main design for the estate at Stourhead was created by Colen Campbell, other architects were involved in its evolution through the years. William Benson, Henry Hoare's brother-in-law, was in part responsible for the building of the estate in 1719. Francis Cartwright, a master builder and architect, who was established as a "competent provincial designer in the Palladian manner", worked on Stourhead between 1749 and 1755. Cartwright was a known carver, presumably of materials such as wood and stone, and it is assumed that his contribution to Stourhead was in this capacity. Nathaniel Ireson is the master builder credited for much of the work on the Estate: it is this work that established his career, in 1720.

The original estate remained intact, though changes and additions were made over time. Henry Flitcroft built three temples and a tower on the property: the Temple of Ceres was added in 1744, followed by the Temple of Hercules in 1754 and the Temple of Apollo in 1765; that same year he designed Alfred's Tower, which was not built until 1772. During the ownership of Sir Richard Colt Hoare, the mason and surveyor John Carter added an ornamental cottage to the grounds (1806) and the architect William Wilkins created a Grecian style lodge (1816).

In 1840, over a century after the initial buildings were constructed, Charles Parker was hired by Sir Hugh Hoare to make changes to the estate. A portico was added to the main house, along with other alterations. The design of the additions was in keeping with original plans.

As long as any tale was told — sagesolar @ Flickr

The lake at Stourhead is artificially created. Following a path around the lake is meant to evoke a journey similar to that of Aeneas's descent in to the underworld. In addition to Greek mythology, the layout is evocative of the "genius of the place", a concept expounded by Alexander Pope. Buildings and monuments are erected in remembrance of family and local history. Henry Hoare was a collector of art; one of his pieces was Claude Lorrain's Aeneas at Delos, which is thought to have inspired the pictorial design of the gardens. Passages telling of Aeneas's journey are quoted in the temples surrounding the lake.

Monuments are used to frame one another; for example the Pantheon designed by Flitcroft entices the visitor over, but once reached, views from the opposite shore of the lake beckon. The use of the sunken path allows the landscape to continue on into neighbouring landscapes, allowing the viewer to contemplate all the surrounding panorama. The Pantheon was thought to be the most important visual feature of the gardens. It appears in many pieces of artwork owned by Hoare, depicting Aeneas's travels. The plantings in the garden were arranged in a manner that would evoke different moods, drawing visitors through realms of thought. According to Henry Hoare, 'The greens should be ranged together in large masses as the shades are in painting: to contrast the dark masses with the light ones, and to relieve each dark mass itself with little sprinklings of lighter greens here and there.'

The gardens were designed by Henry Hoare II and laid out between 1741 and 1780 in a classical 18th-century design set around a large lake, achieved by damming a small stream. The inspiration behind their creation were the painters Claude Lorrain, Poussin, and, in particular, Gaspard Dughet, who painted Utopian-type views of Italian landscapes. An early feature, predating the lake, is the Temple of Flora (1744–46). Lakeside features include the five-arched Palladian Bridge at the eastern extremity of the lake; the Rockwork Bridge over the road to the south of the lake; and to the west the grotto and the Gothic Cottage summerhouse.

Also in the garden are a number of temples inspired by scenes of the Grand Tour of Europe. On one hill overlooking the gardens stand an obelisk of 1839 and King Alfred's Tower, a 50-metre-tall, brick folly designed by Henry Flitcroft in 1772; on another hill the temple of Apollo provides a vantage point to survey the magnificent rhododendrons, water, cascades and temples. The large medieval Bristol High Cross was moved from Bristol to the gardens. The gardens are home to a large collection of trees and shrubs from around the world.

Richard Colt Hoare, the grandson of Henry Hoare II, inherited Stourhead in 1783. He added the library wing to the mansion, and in the garden was responsible for the building of the boathouse and the removal of several features that were not in keeping with the classical and gothic styles (including a Turkish Tent). He also considerably enhanced the planting – the Temple of Apollo rises from a wooded slope that was planted in Colt Hoare's time. With the antiquarian passion of the times, he had 400 ancient burial mounds dug up to inform his pioneering History of Ancient Wiltshire.

The gardens were listed Grade I on the Register of Historic Parks and Gardens of special historic interest in 1987.

The National Trust's corporate font, designed by Paul Barnes, is based on an inscription in the grotto, created around 1748. The inscription was destroyed in error around 1960 and a replica was made from photographs.

Tips & Hints
Arrange By:
Popular first New first
There are no tips nor hints for Stourhead yet. Maybe be you will be the first one to post useful information for fellow travellers? :)
8.2/10
4,869 people have been here
I've been here
Add to wishlist

See all hotels See all
Knoll Hill Farm, The Place To Stay

Longleat is an English country house, currently the seat of the

New Wardour Castle is an English country house near Tisbury,

The Basilica of St Gregory the Great at Downside, commonly known as

Bruton Abbey in Bruton, Somerset was originally founded as a

Fonthill Abbey — also known as Beckford's Folly — was a large Got

Avebury Manor & Garden is a National Trust property consisting of

Philipps House (until 1916 Dinton House) is an early 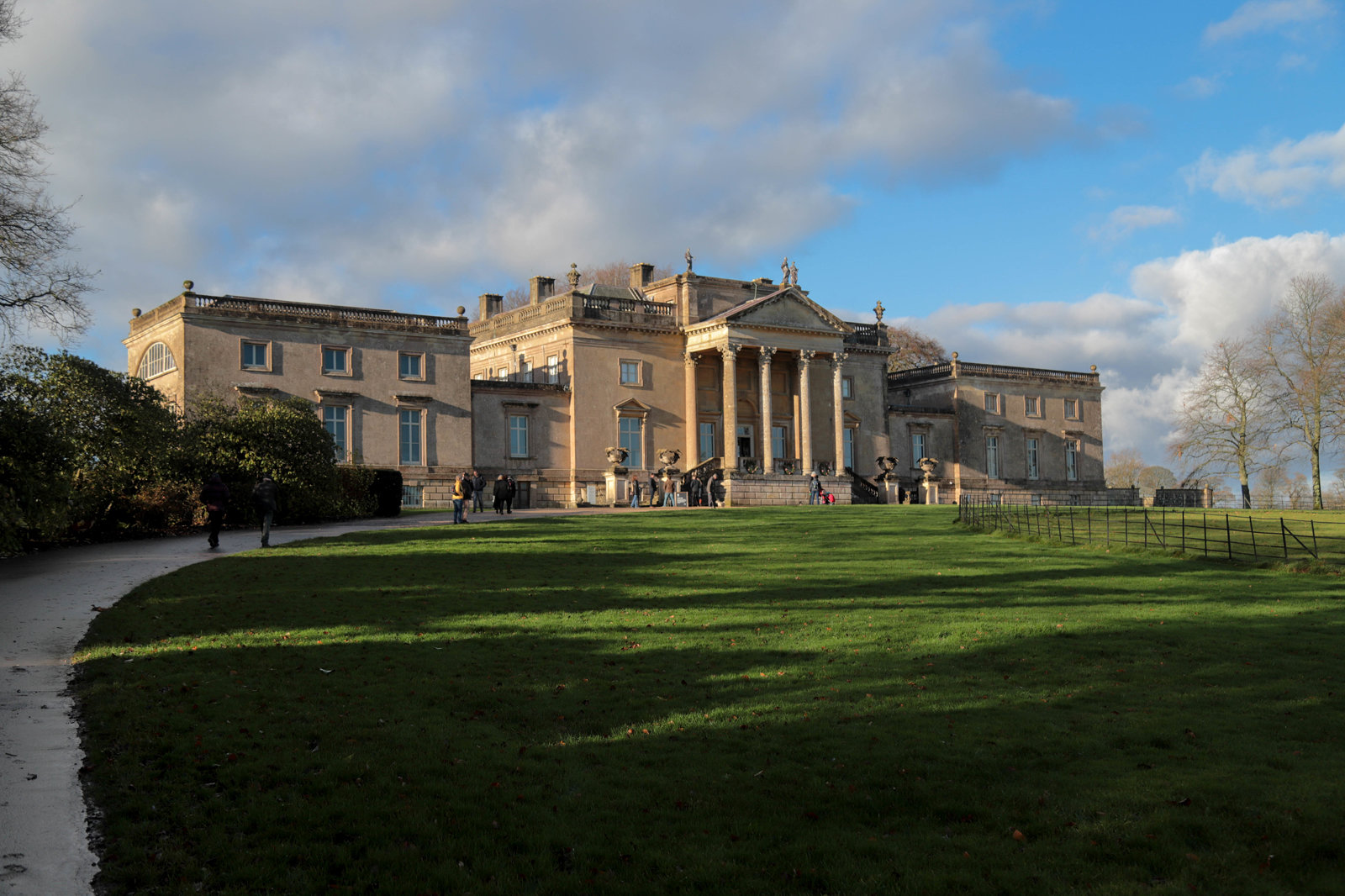 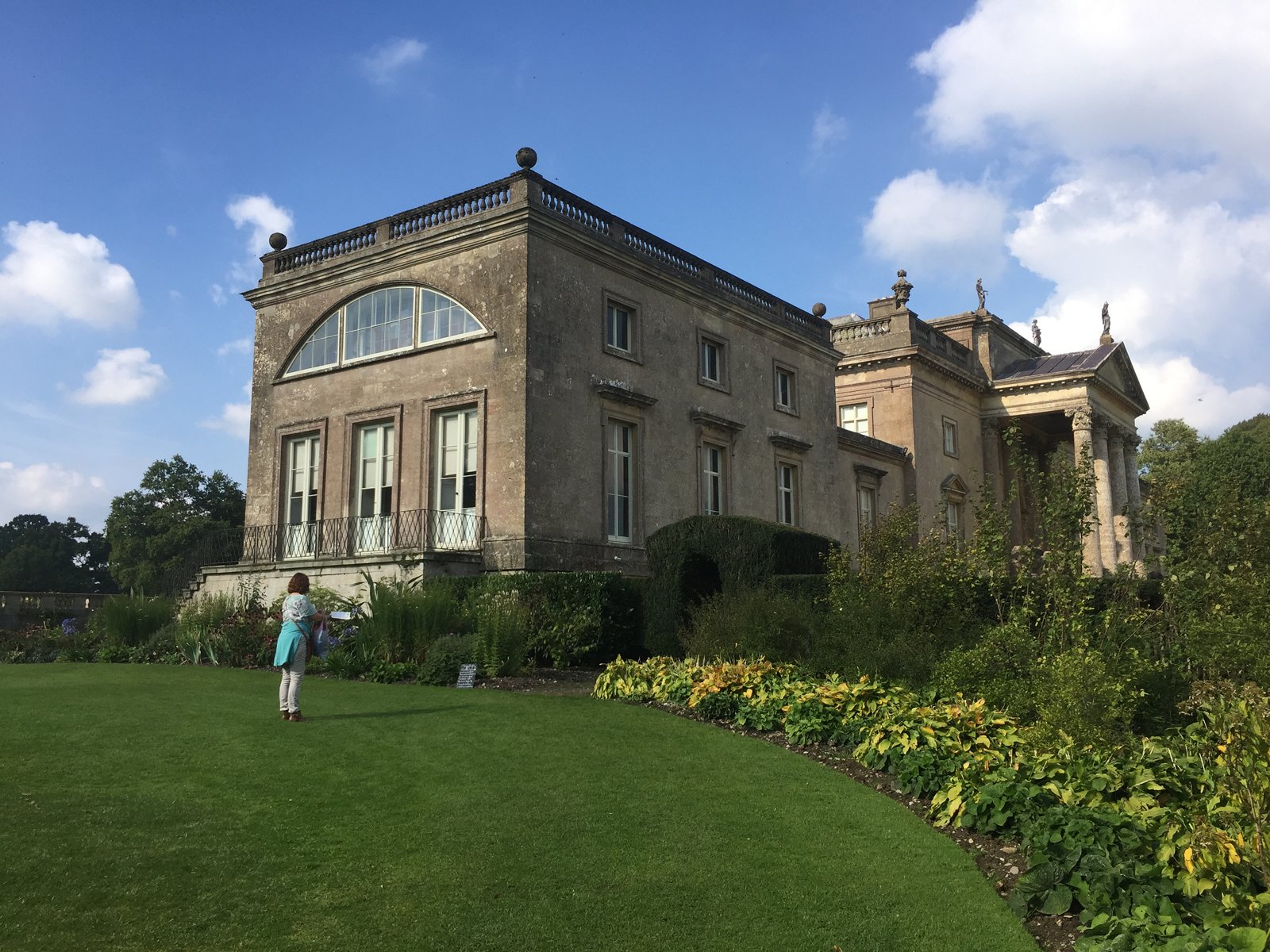 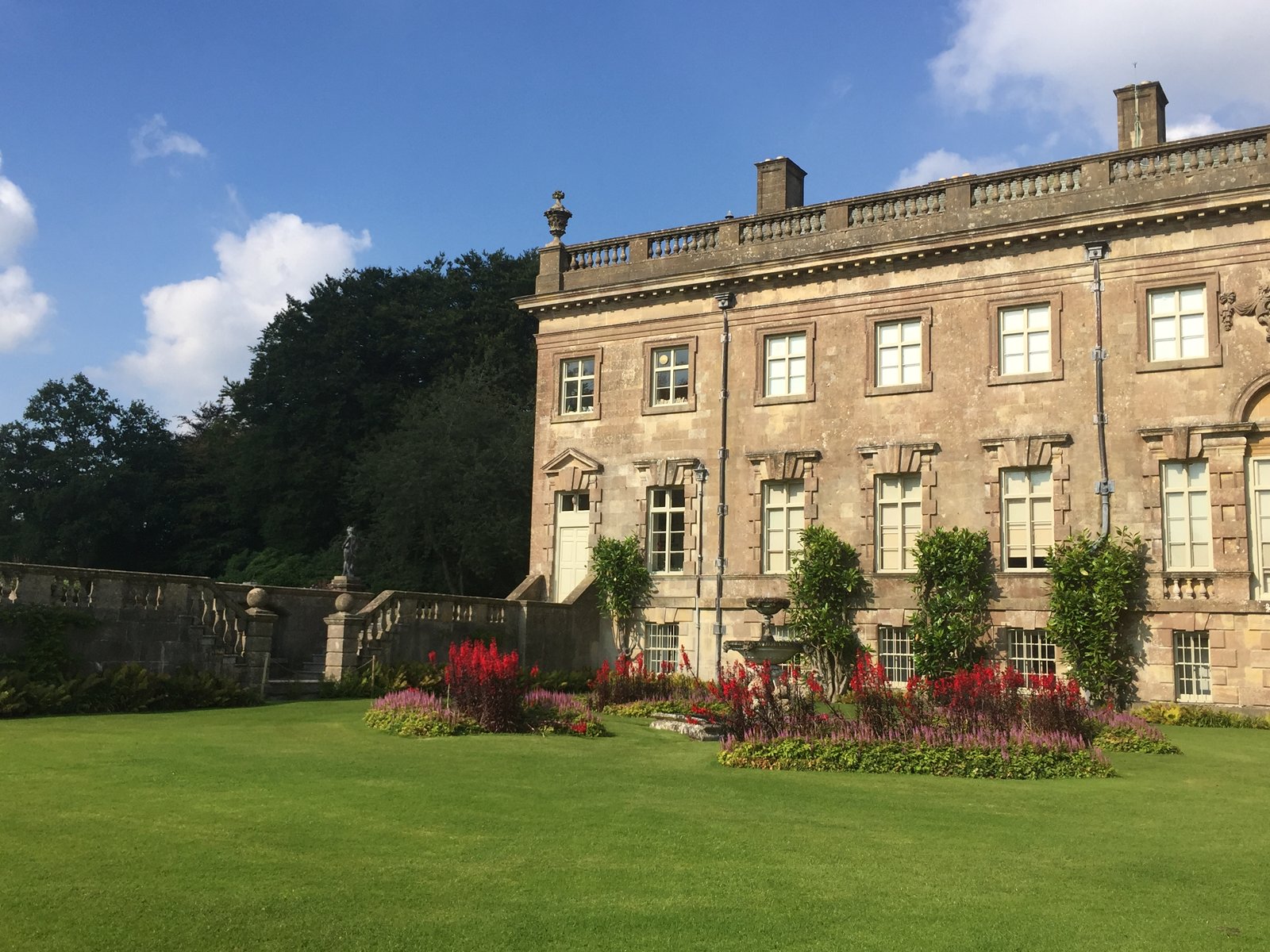 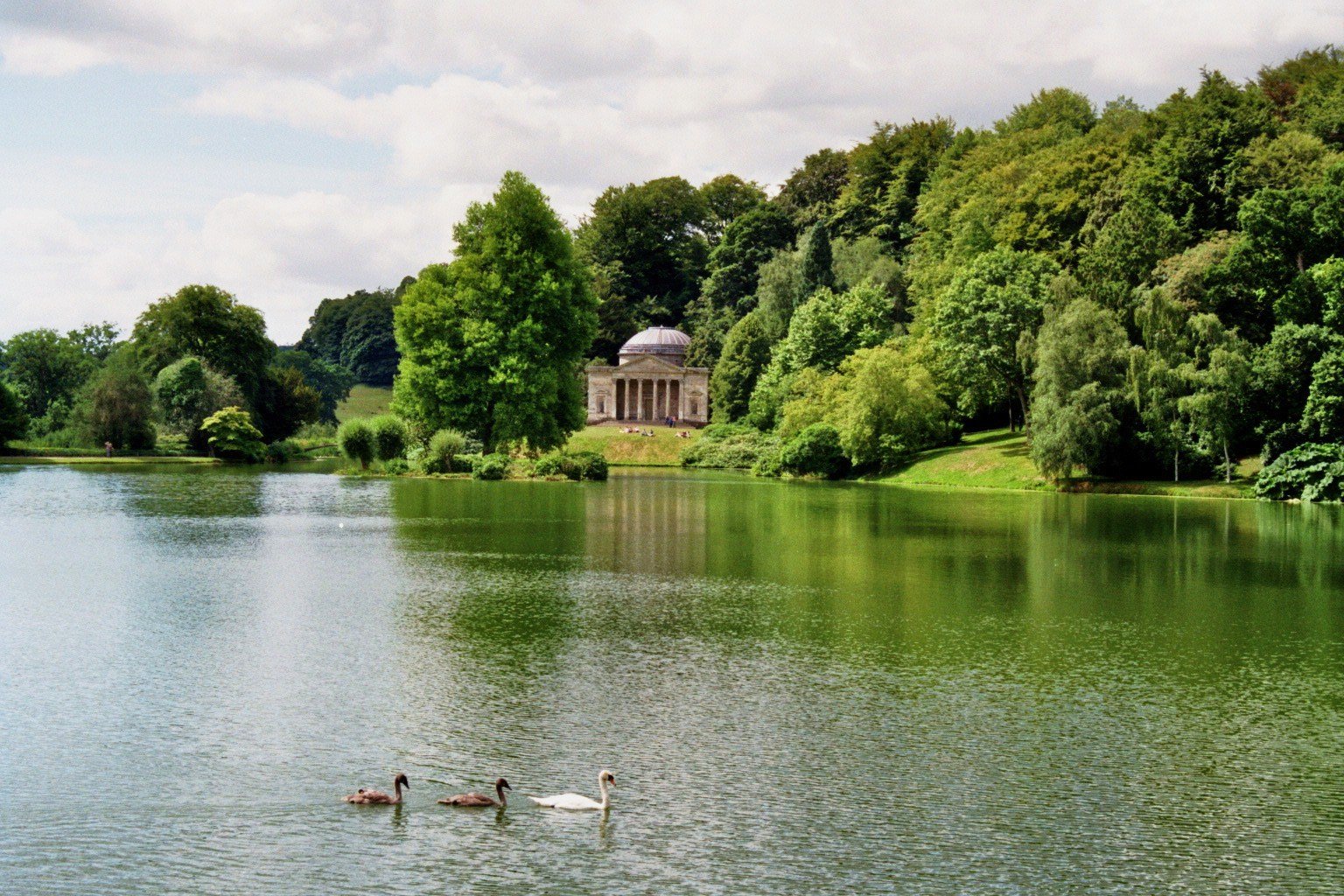 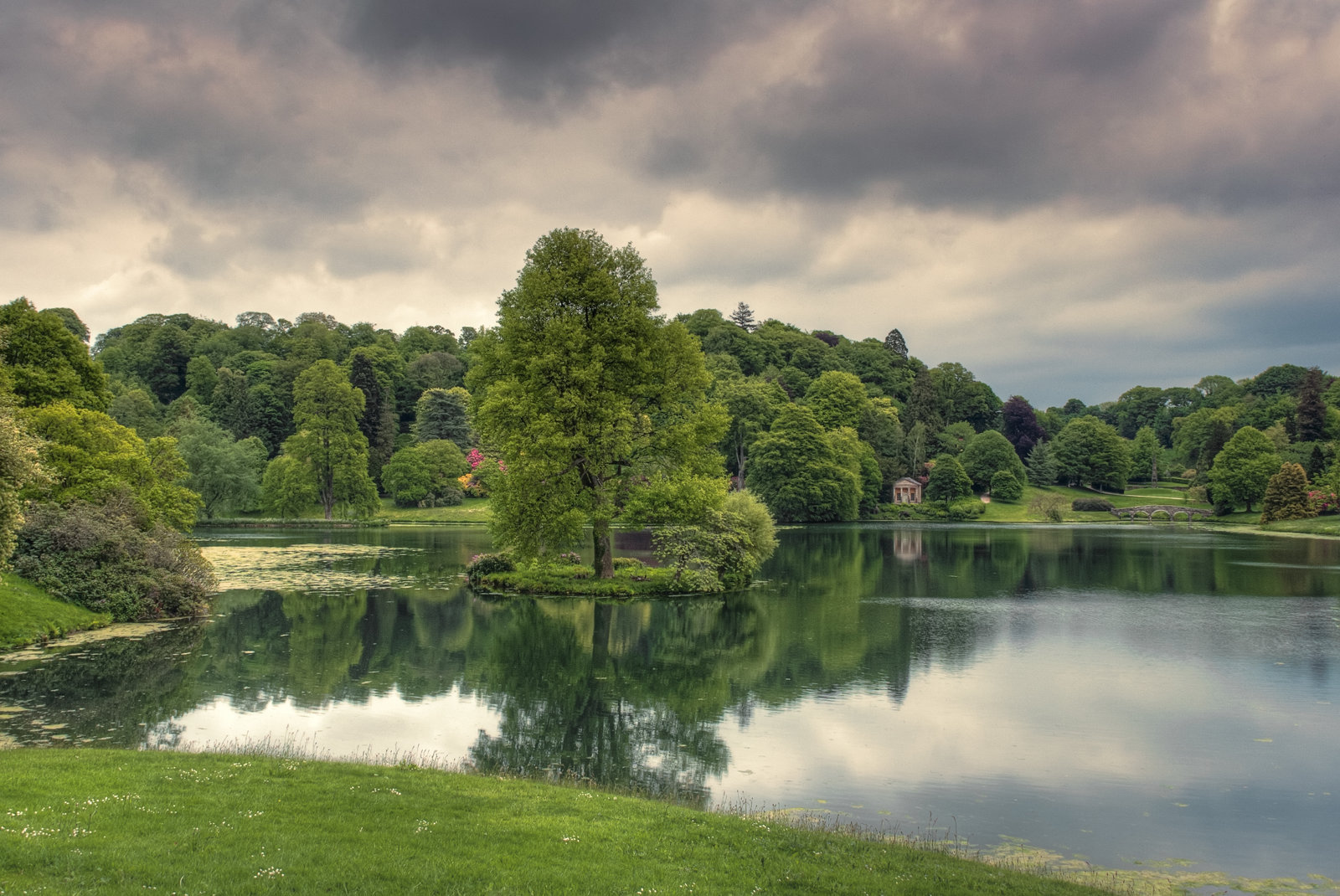 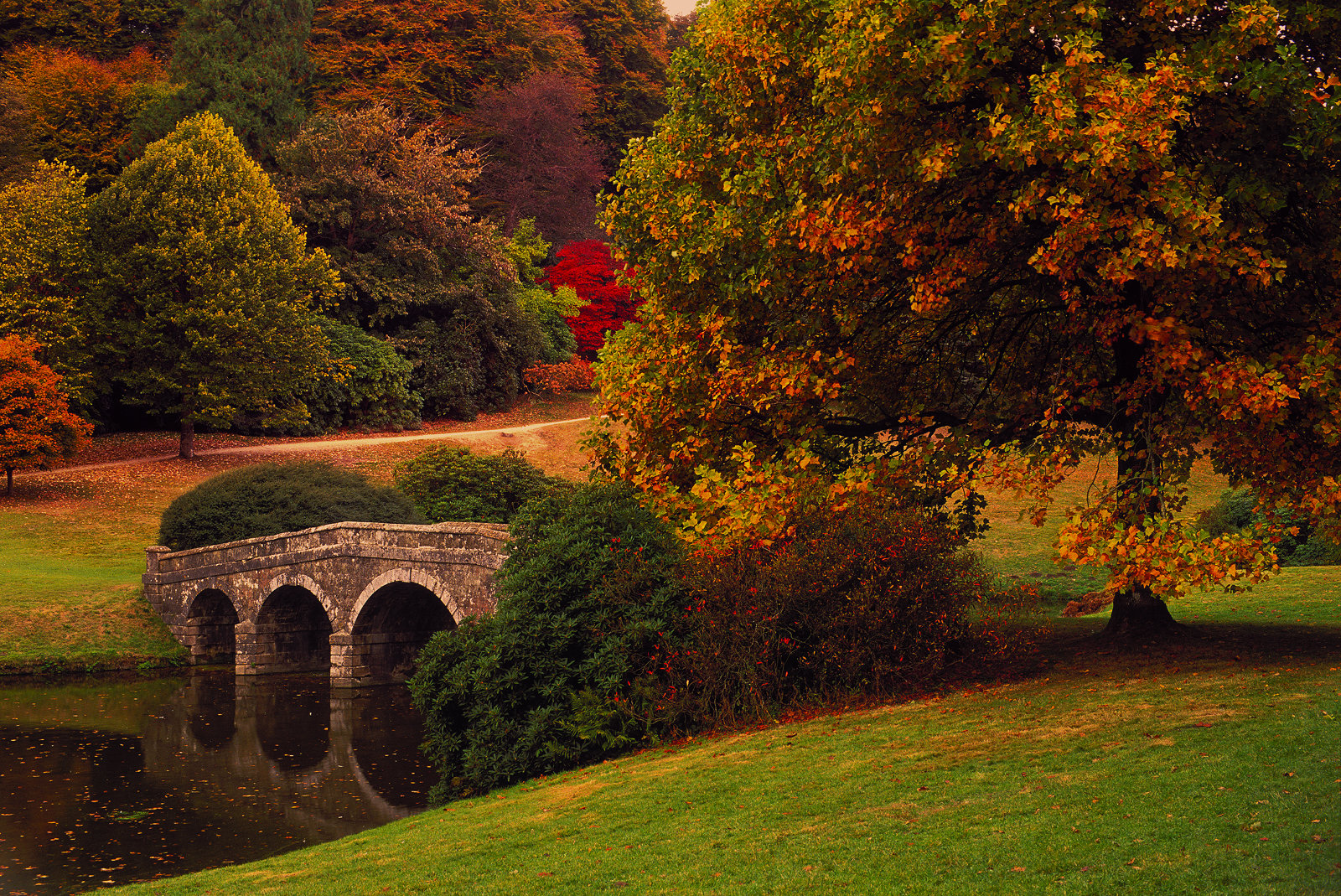 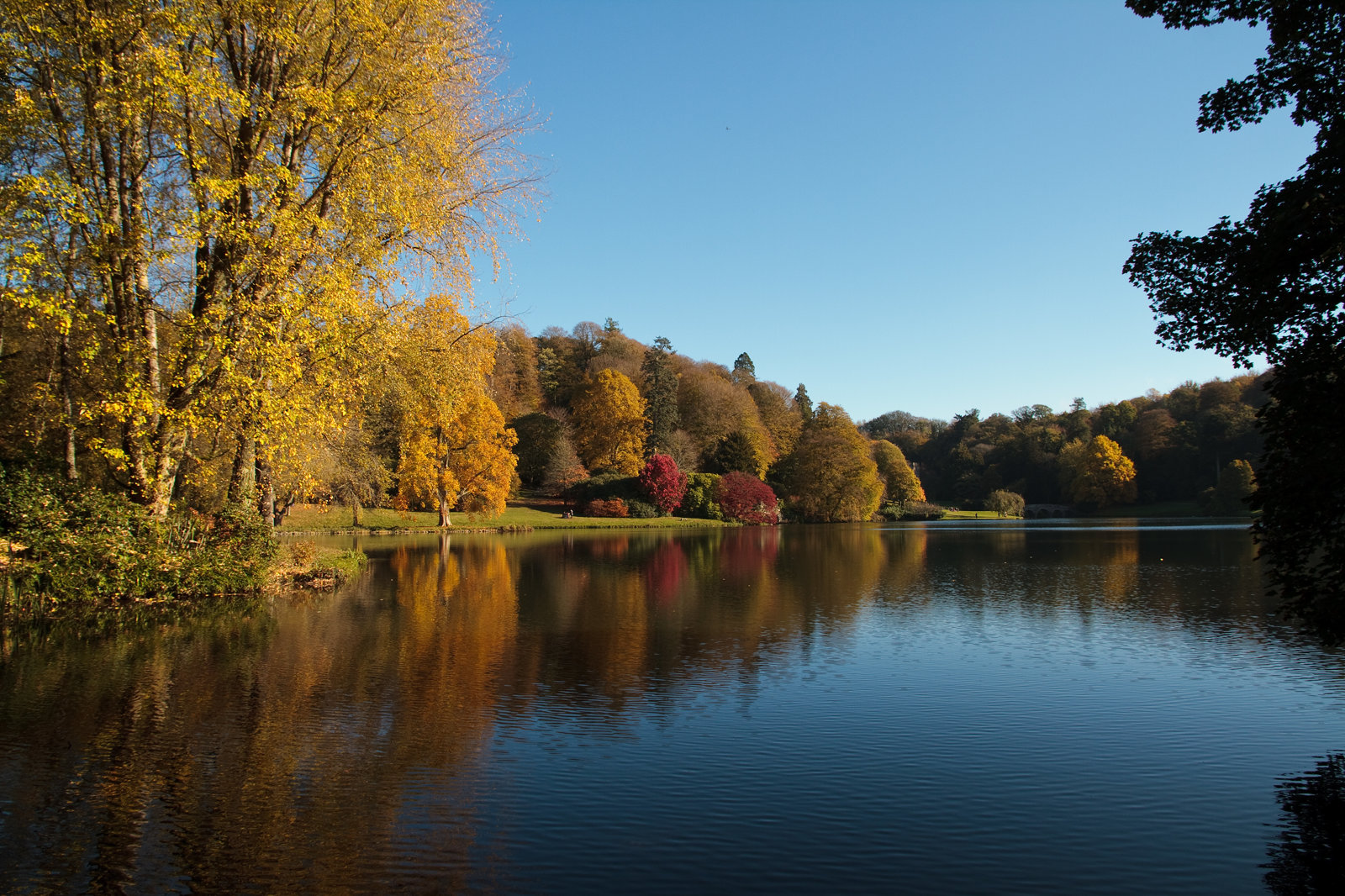 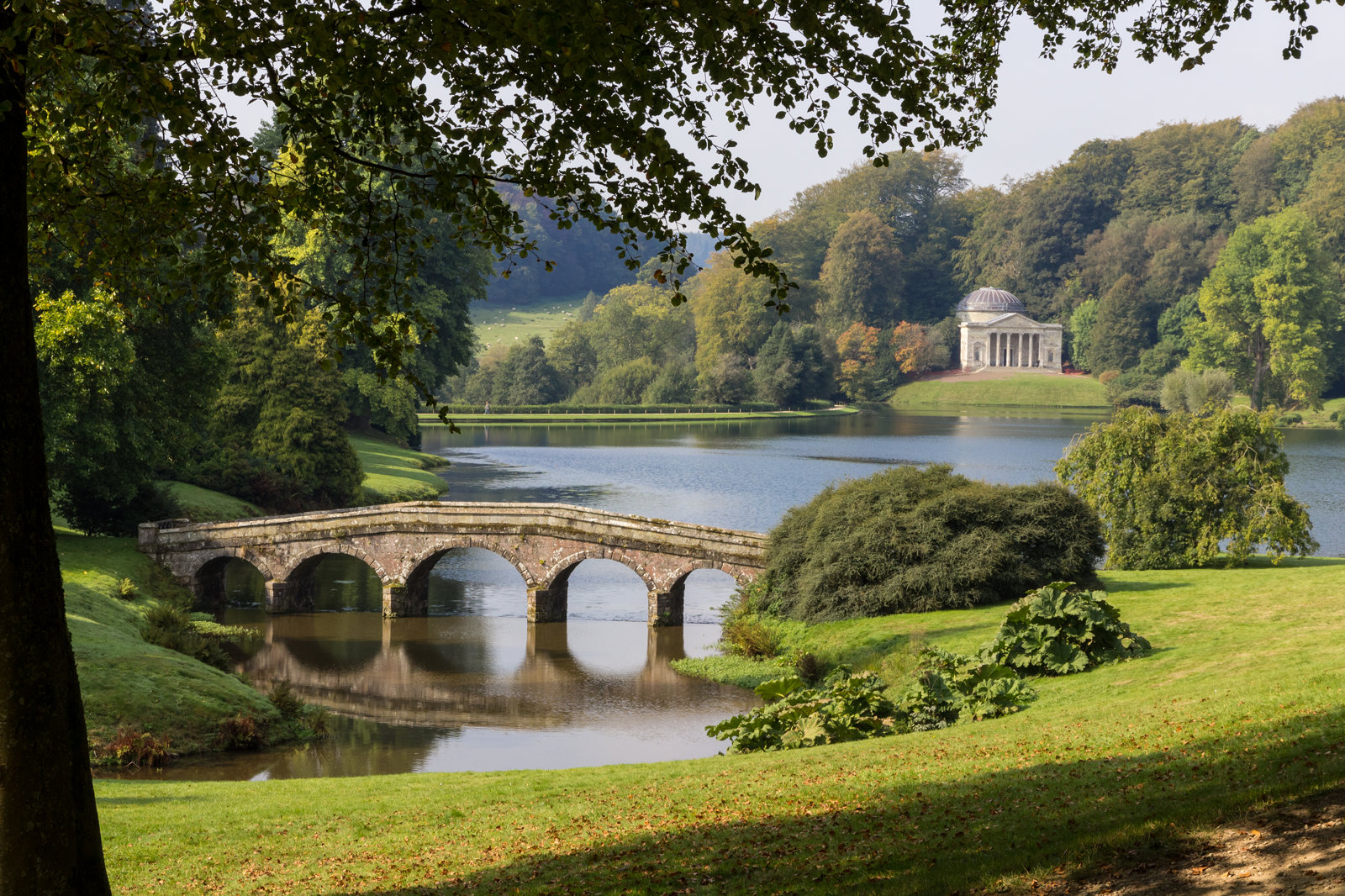 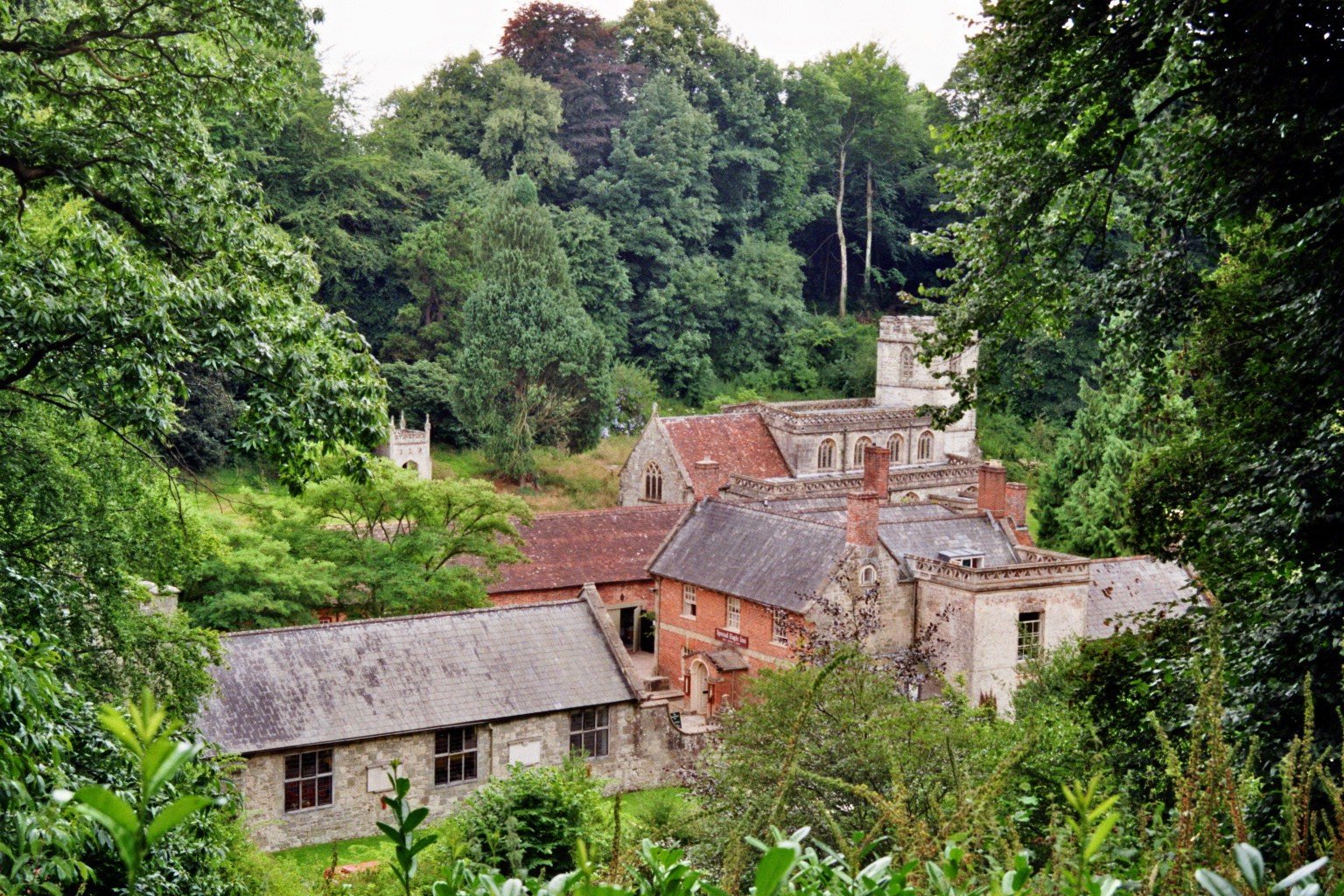 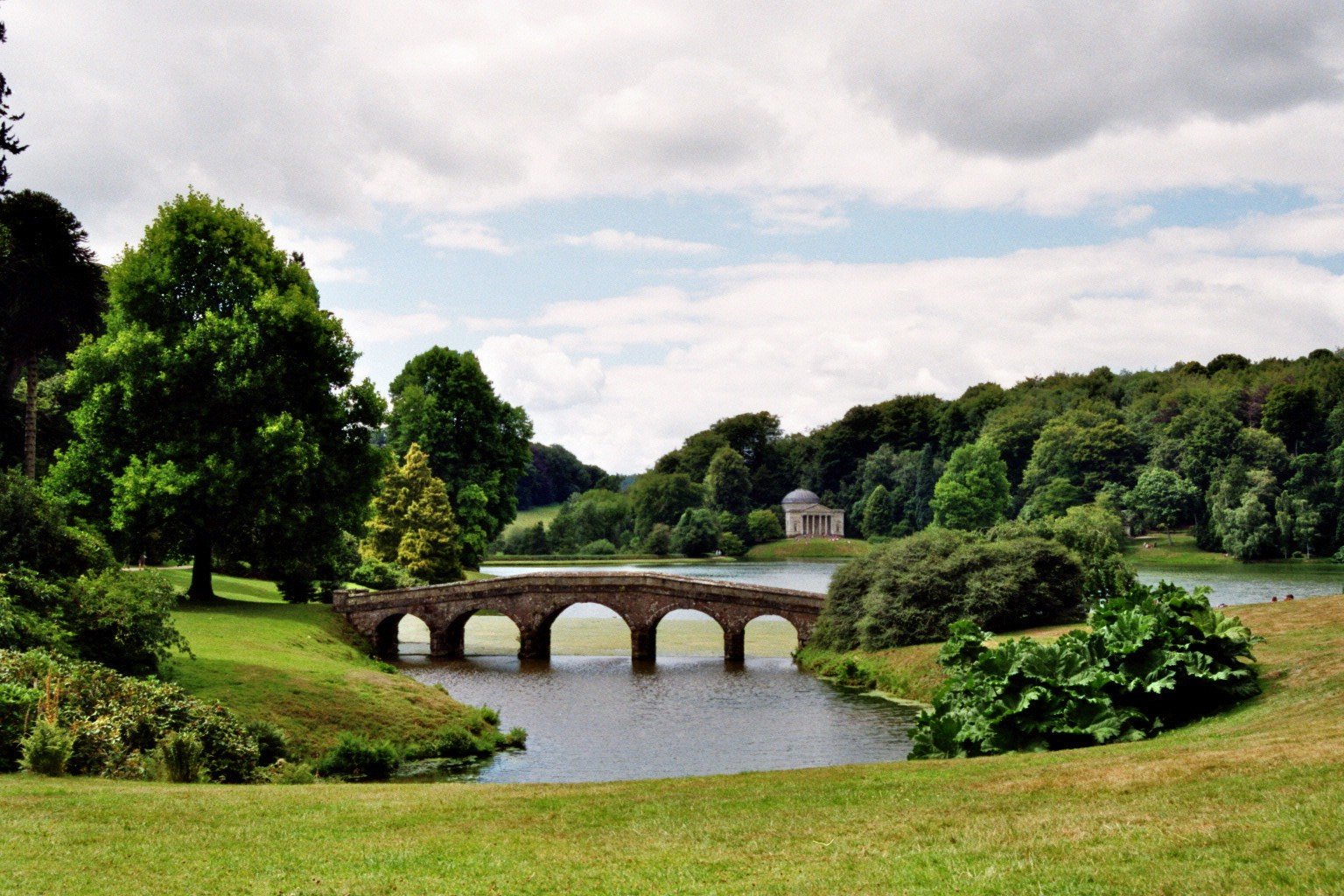 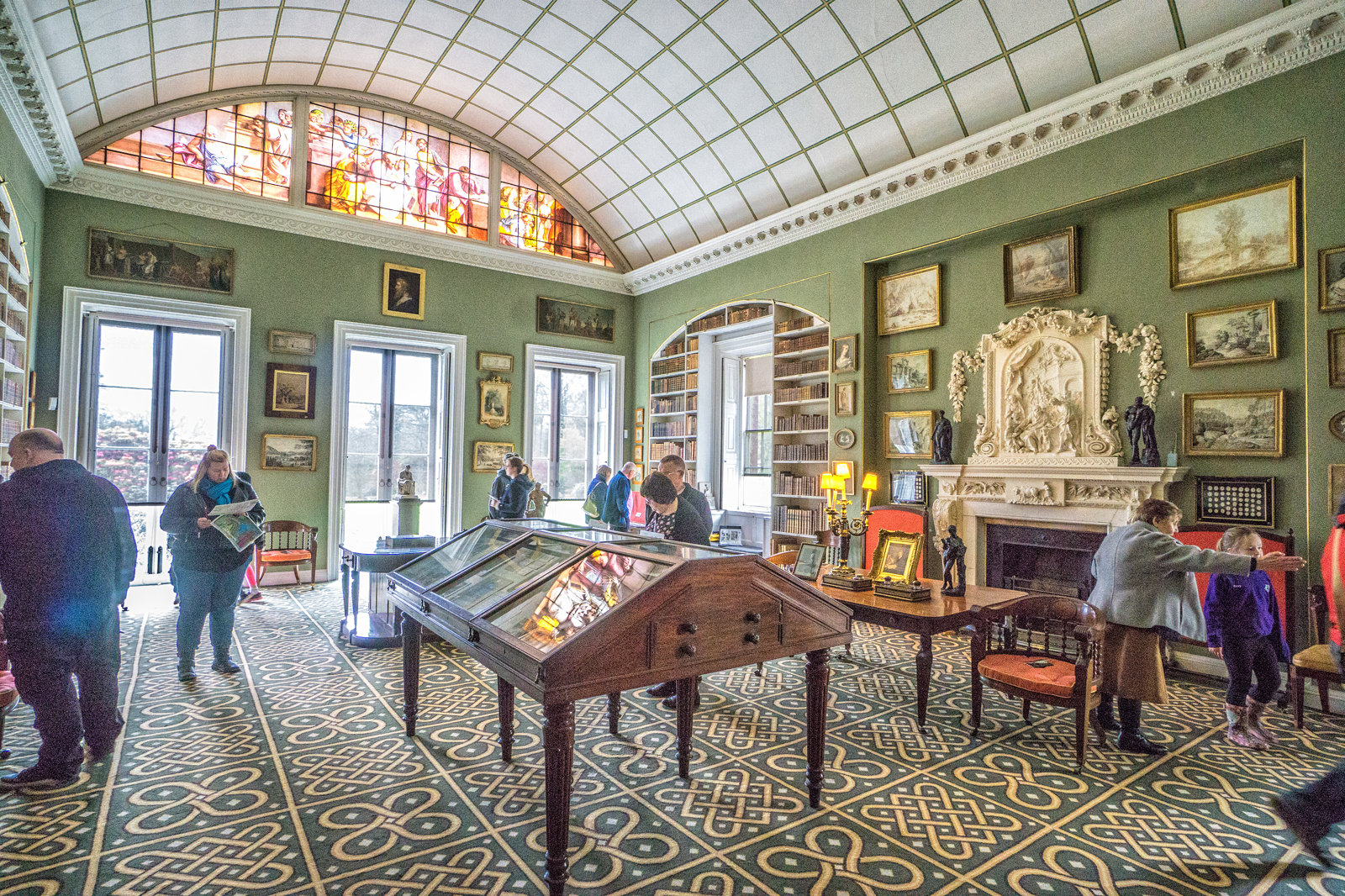 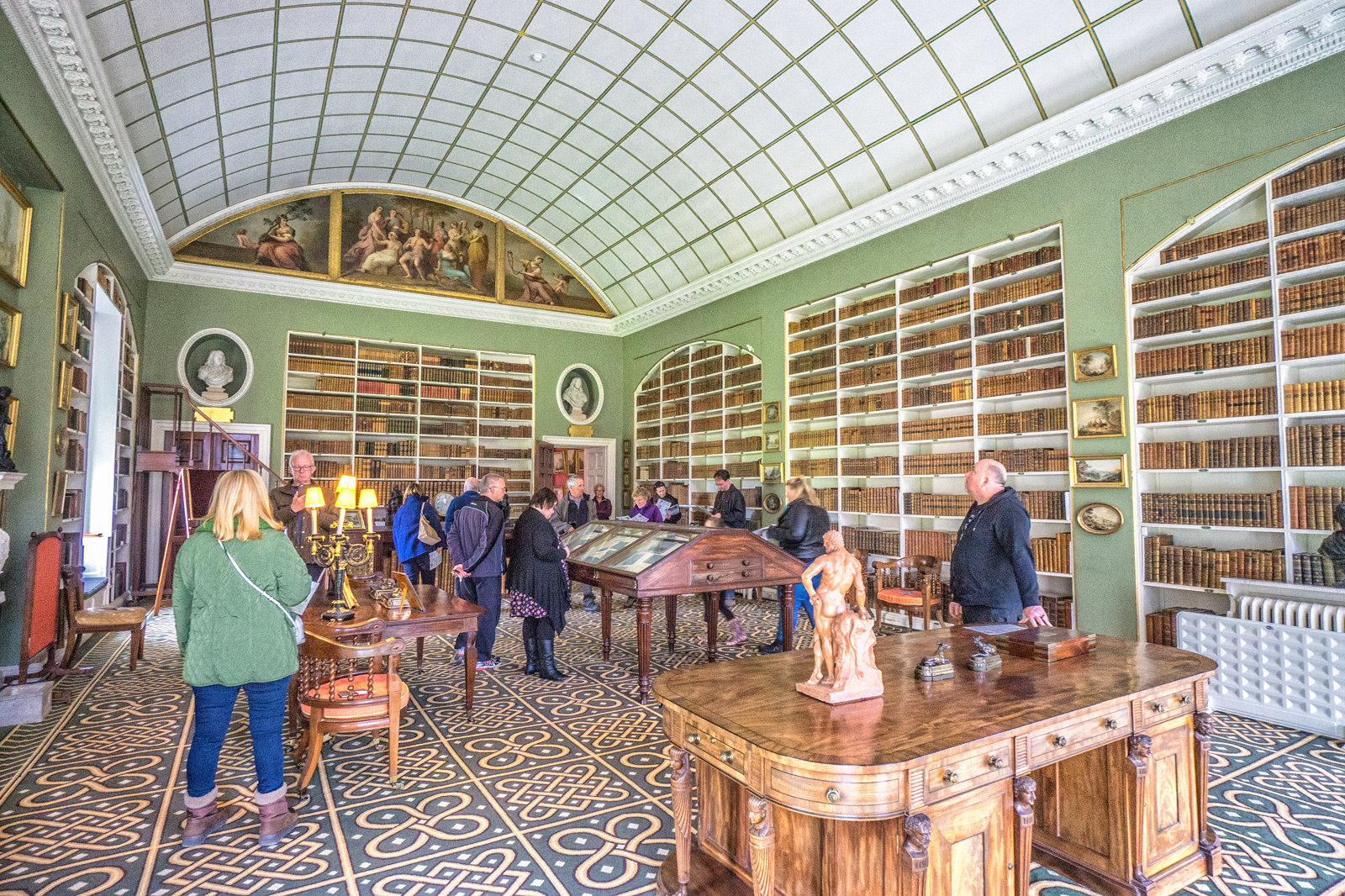 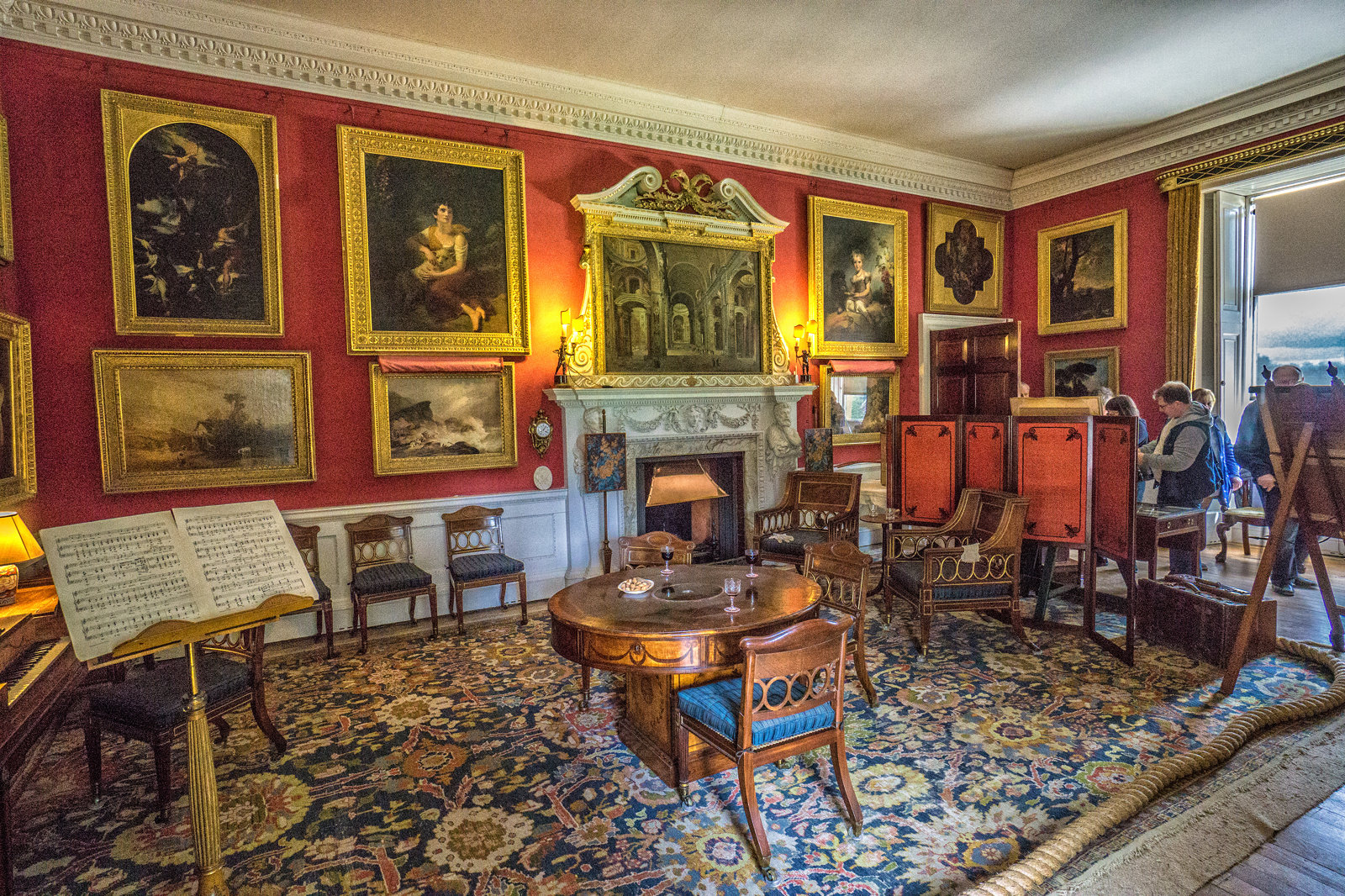 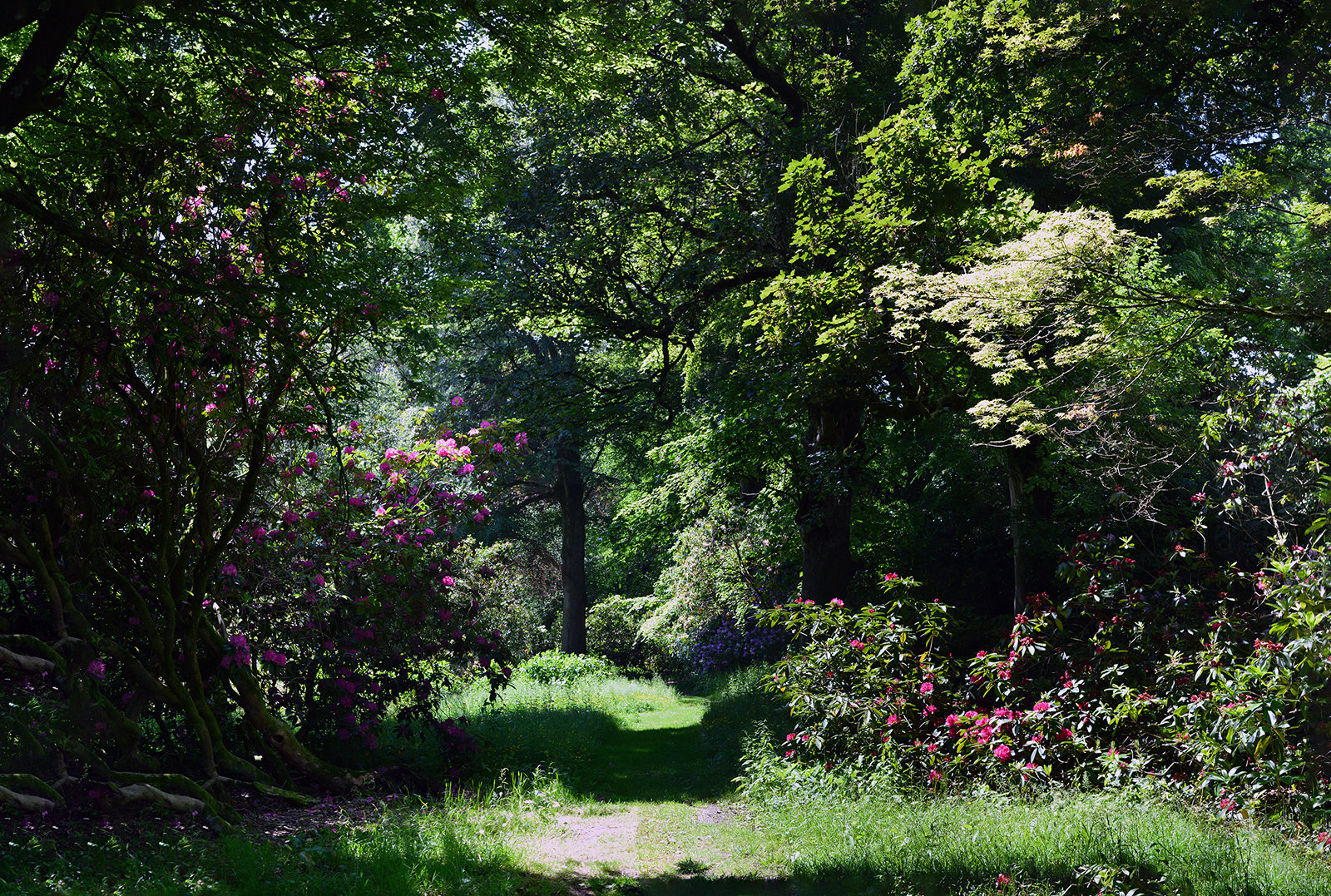 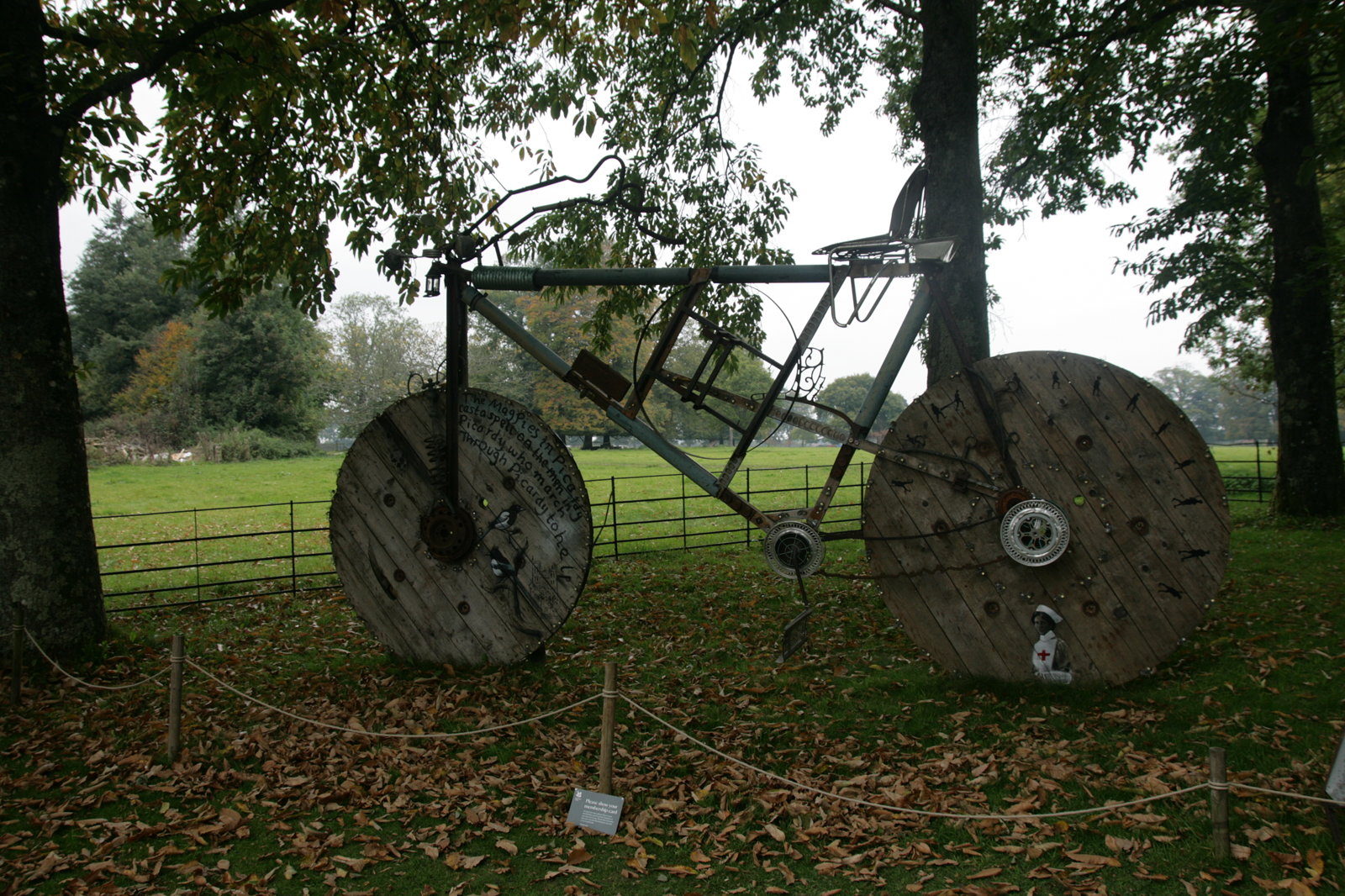 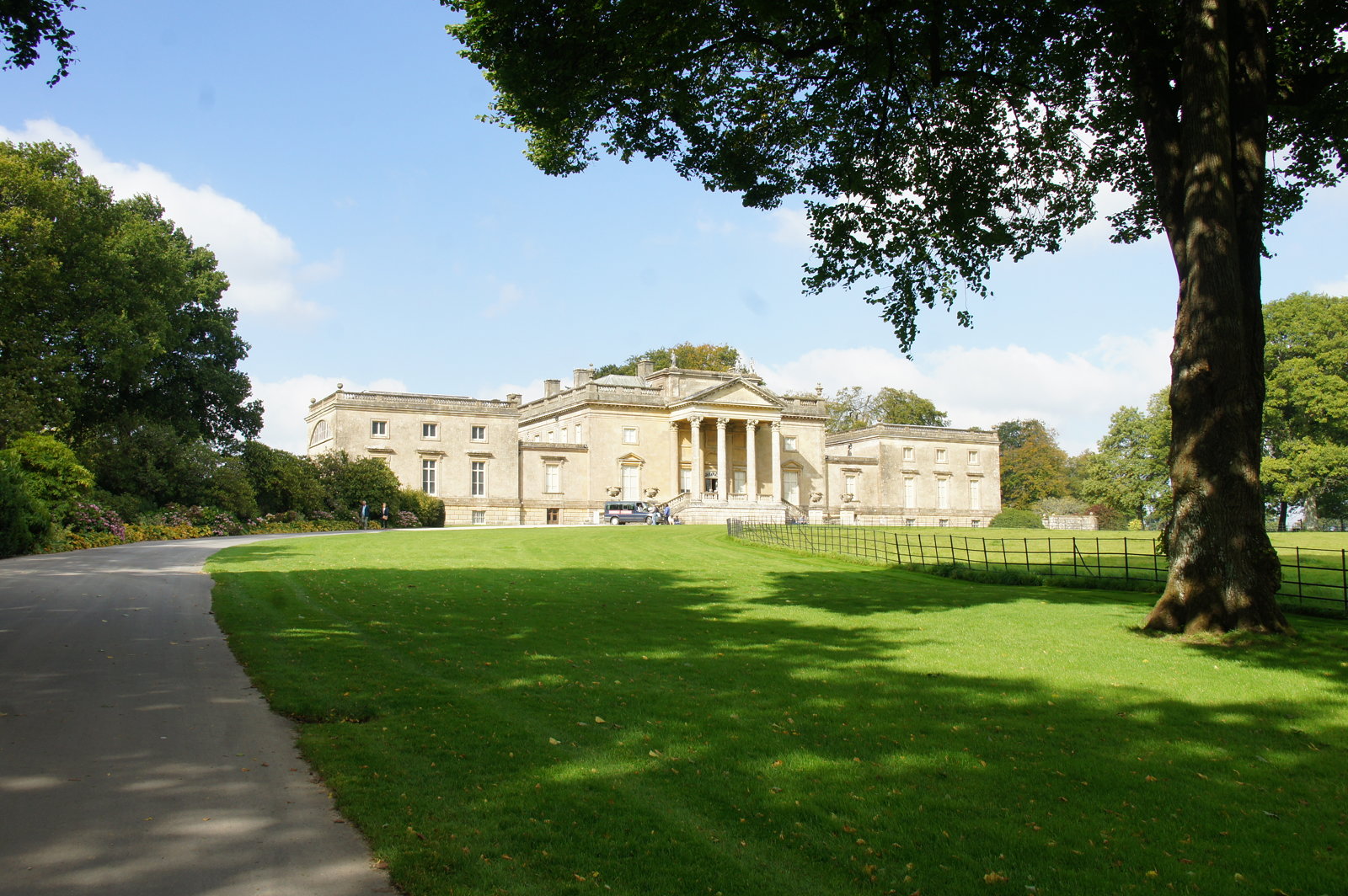 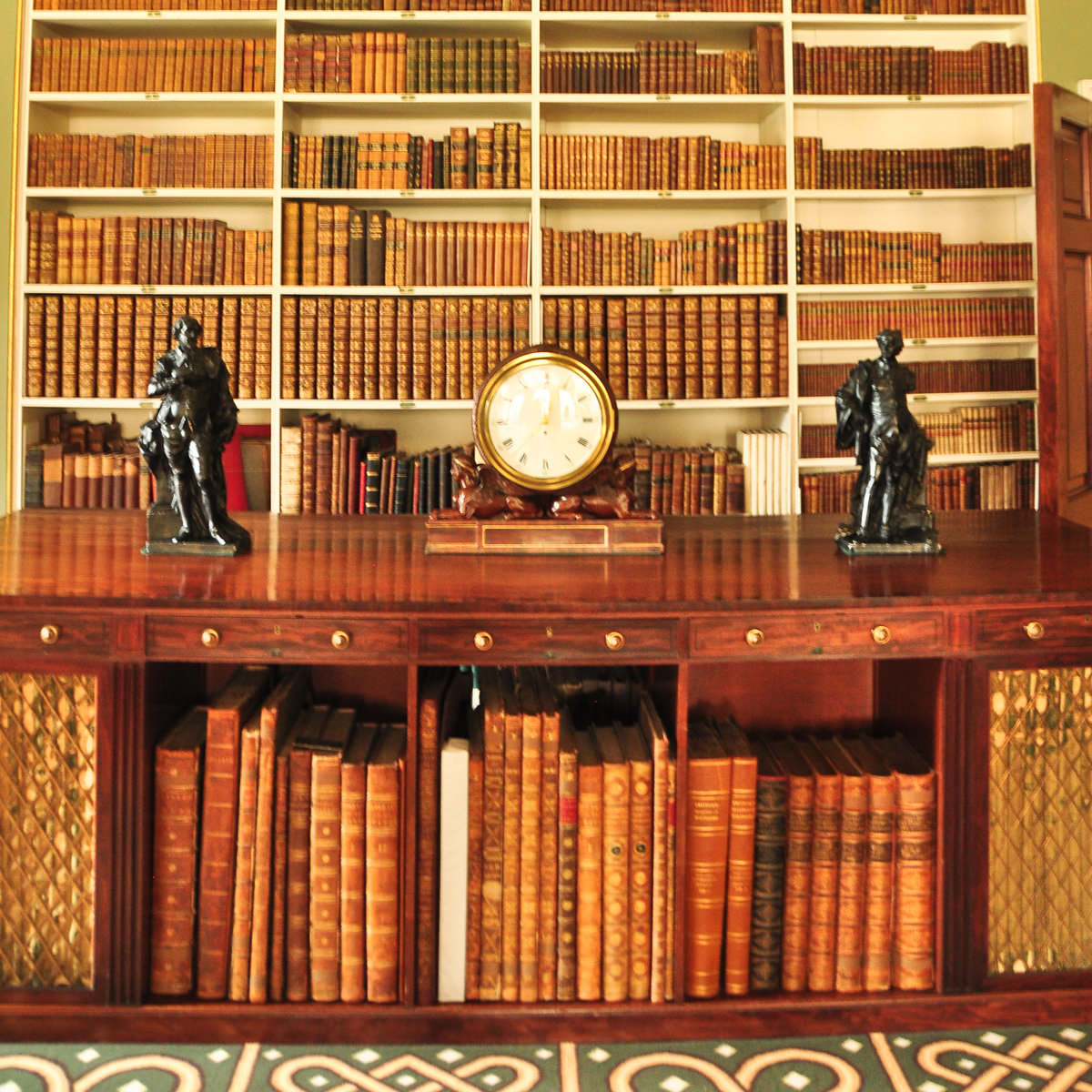 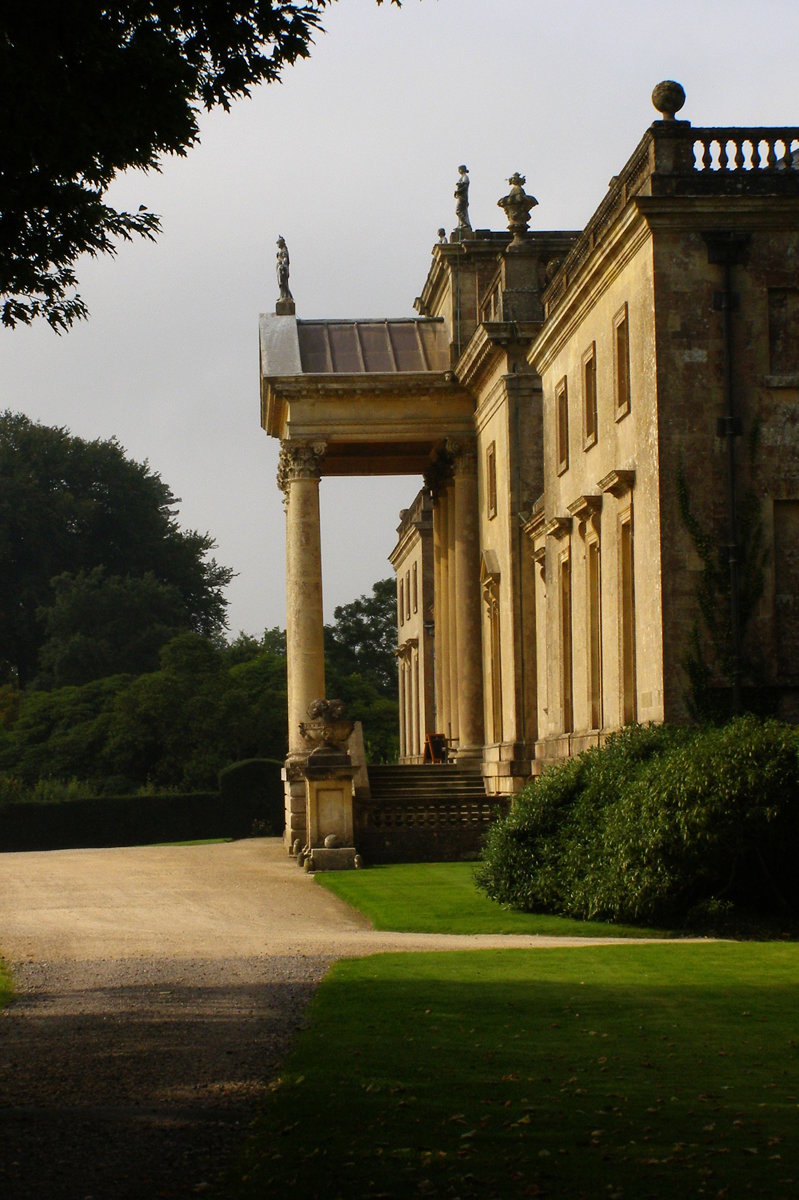 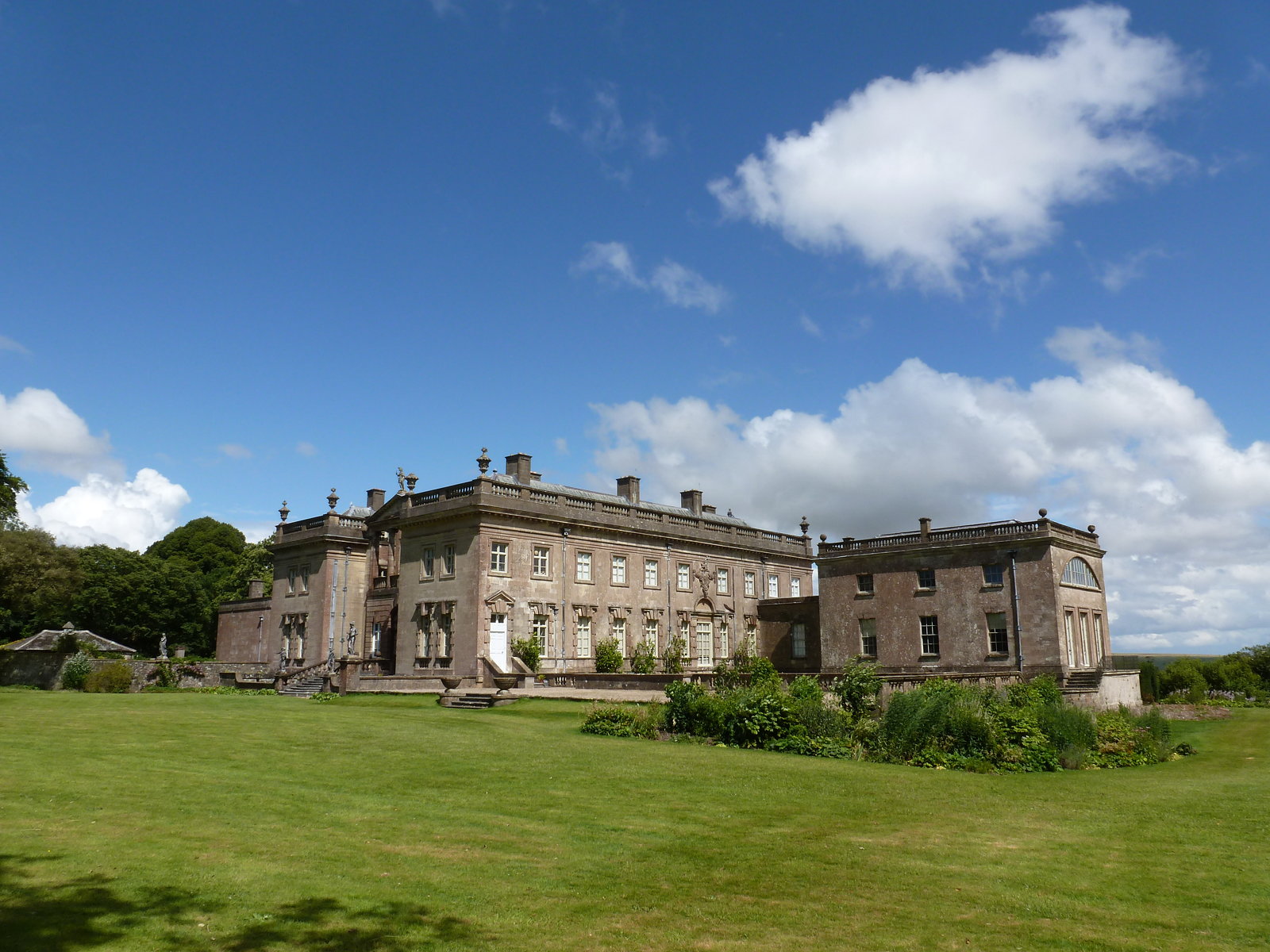 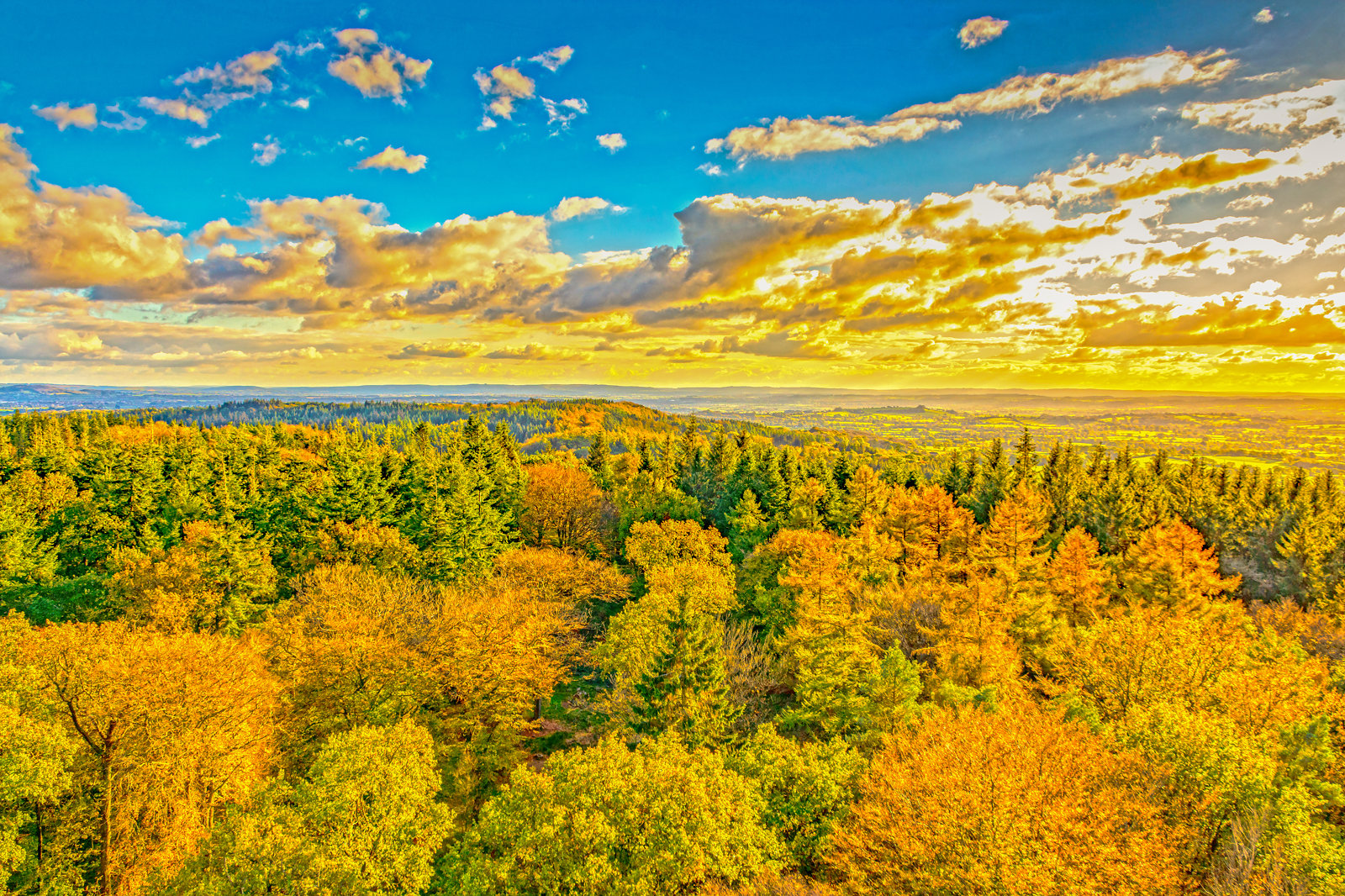 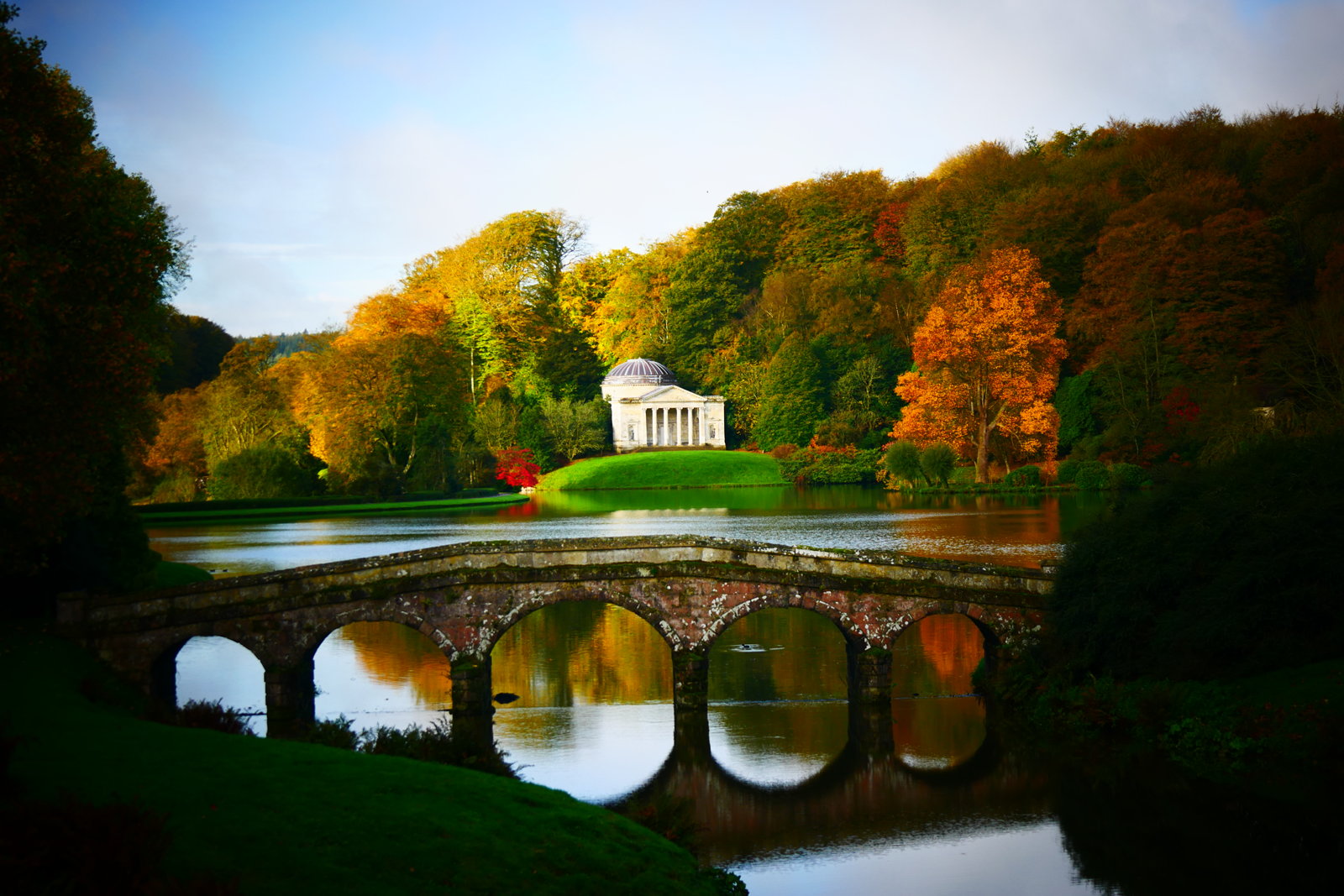