Statue of Christ the Redeemer 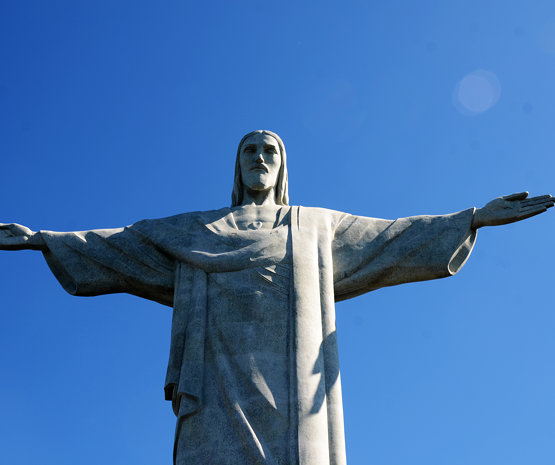 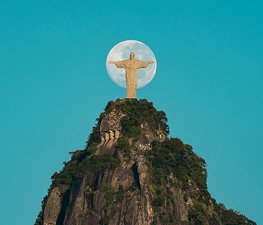 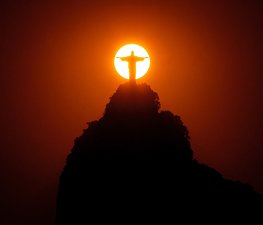 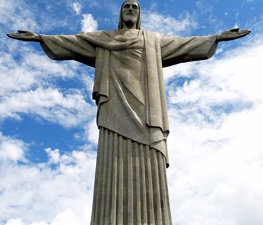 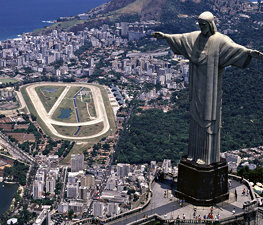 Christ the Redeemer (Portuguese: Cristo Redentor) is a statue of Jesus Christ in Rio de Janeiro, Brazil; considered the second largest Art Deco statue in the world. The statue is 39.6 metres (130 ft) tall, including its 9.5 meter (31 feet) pedestal, and 30 metres (98 ft) wide. It weighs 635 tonnes (700 short tons), and is located at the peak of the 700-metre (2,300 ft) Corcovado mountain in the Tijuca Forest National Park overlooking the city. It is one of the tallest of its kind in the world (The statue of Cristo de la Concordia in Cochabamba, Bolivia, is slightly taller). A symbol of Christianity, the statue has become an icon of Rio and Brazil. It is made of reinforced concrete and soapstone, and was constructed between 1922 and 1931.

The idea for erecting a large statue atop Corcovado was first suggested in the mid-1850s, when Catholic priest Pedro Maria Boss requested financing from Princess Isabel to build a large religious monument. Princess Isabel did not think much of the idea and it was dismissed in 1889, when Brazil became a republic with laws mandating the separation of church and state. The second proposal for a landmark statue on the mountain was made in 1921 by the Catholic Circle of Rio. The group organised an event called Semana do Monumento ("Monument Week") to attract donations and collect signatures to support the building of the statue. The donations came mostly from Brazilian Catholics. The designs considered for the "Statue of the Christ" included a representation of the Christian cross, a statue of Jesus with a globe in his hands, and a pedestal symbolizing the world. The statue of Christ the Redeemer with open arms was chosen. It is a symbol of peace as well. There are small spikes on top of the statue in order to prevent birds from resting on it.

Local engineer Heitor da Silva Costa designed the statue; it was sculpted by French sculptor Paul Landowski. A group of engineers and technicians studied Landowski's submissions and the decision was made to build the structure out of reinforced concrete (designed by Albert Caquot) instead of steel, more suitable for the cross-shaped statue. The outer layers are soapstone, chosen for its enduring qualities and ease of use. Construction took nine years, from 1922 to 1931 and cost the equivalent of US$250,000 (approximately US$3.5 million in 2009). The monument was opened on October 12, 1931. The statue was meant to be lit by a battery of floodlights triggered remotely by shortwave radio pioneer Guglielmo Marconi, stationed 5,700 miles (9,200 km) away in Rome, but poor weather affected the signal and it had to be lit by workers in Rio.

In October 2006, on the statue's 75th anniversary, Archbishop of Rio Cardinal Eusebio Oscar Scheid consecrated a chapel (named after the patron saint of Brazil—Nossa Senhora Aparecida, or "Our Lady of the Apparition,") under the statue. This allows Catholics to hold baptisms and weddings there.

The statue was struck by lightning during a violent electrical storm on Sunday, February 10, 2008 and suffered some damage on the fingers, head and eyebrows. A restoration effort was put in place by the Rio de Janeiro state government and archdiocese, to replace some of the outer soapstone layers and repair the lightning rods installed on the statue.

On April 15, 2010 graffiti was sprayed on the statue's head and right arm. Mayor Eduardo Paes called the act "a crime against the nation" and vowed to jail the vandals, even offering a reward of R$ 10,000 on any information that may lead to an arrest. The Military Police eventually identified house painter Paulo Souza dos Santos as the suspect of the act of vandalism.

New Seven Wonders of the World

On 7 July 2007, Christ the Redeemer was named one of the New Seven Wonders of the World in a list compiled by the Swiss-based The New Open World Corporation. Leading corporate sponsors, including Banco Bradesco and Rede Globo, had lobbied to have the statue voted into the top seven.

Declared a protected monument by the National Heritage Institute, IPHAN, in 2009, the Christ the Redeemer monument underwent restoration work in 1980 before the visit of Pope John Paul II.

More work on the statue and its environs was conducted in 2003 and early 2010. In 2003, a set of escalators, walkways and elevators was installed to facilitate access to the platform surrounding the statue.

The four-month restoration in 2010, carried out by mining company Vale in partnership with the Archdiocese,[] focused on the statue itself. The statue's internal structure was renovated and its soapstone mosaic covering was restored by removing a crust of fungi and other microorganisms and repairing small cracks. The lightning rods located in the statue’s head and arms were also repaired.

The restoration involved one hundred people and used in excess of 60,000 pieces of stone, taken from the same quarry as the original statue. During the unveiling of the restored statue, it was illuminated with green and yellow lighting in support of the Brazil national football team playing in the 2010 FIFA World Cup.

Maintenance work needs to be conducted periodically due to the strong winds and rain to which the statue is exposed.

Emilio Borel
Children aged 6-12 pay half the adult fare and under 5 get in for free. Try and arrive as early as possible so as to avoid big crowds and get the best shots at the top. The view up there is amazing!

Quinn Comendant
The hiking trail between Parque Lage and Corcovado (the mountain on which is the Christ) is very difficult and reais climbing over rocks and slippery terrain. It takes at least a couple hours.

Carlos Alcantara
There is no doubt why this is one of the 7 wonderful things in the World! Its amazing, fantastic view of all Rio de Janeiro. It's definitely a must do when in RJ.

Sezgin Güzel
this place occupied our minds butconsidering the best time of day:)) just do it as earlier as possible and focus on the rest in Rio ✌️even if there is fog up in there, take your sun cream with you.

ᴡ Hay
Highly recommend hiking up from Parque Lage. Takes about an hour and a half and isn't easy going but it's a great feeling when you get up there! You can buy your entry ticket at the turnstile up top.
Load more comments
foursquare.com
8.9/10
Nadya Popova, Aleksei Vesnin and 342,817 more people have been here
I've been here
Add to wishlist

Christ the Redeemer on Foursquare

The Great Buddha of Thailand, also known as The Big Buddha, The Big

Great Buddha of Kamakura (鎌倉大仏) is a tourist attraction, one of the

Add to wishlist
I've been here
Visited
The Motherland Calls

The Vulcan statue is the largest cast iron statue in the world, and is 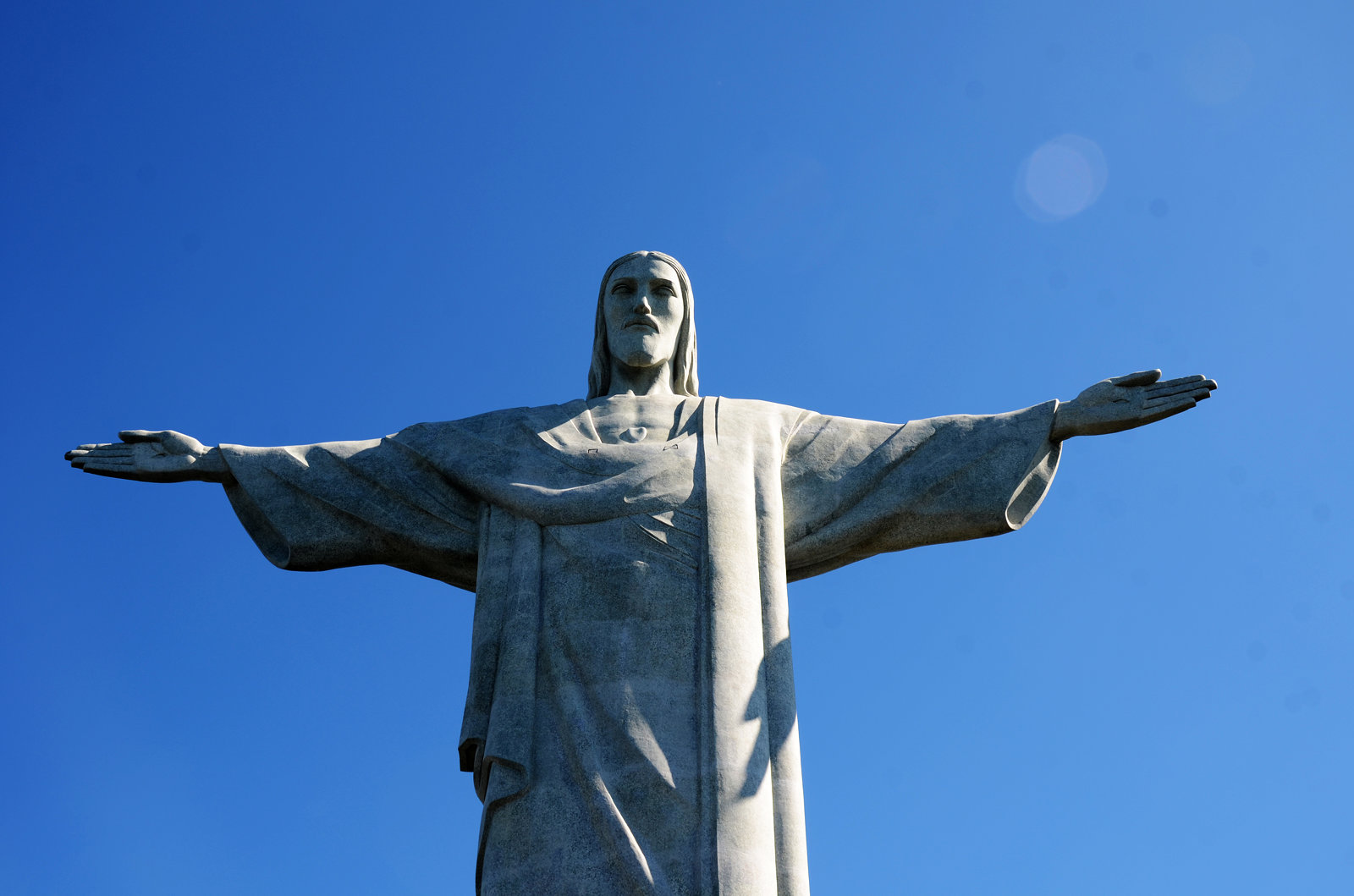 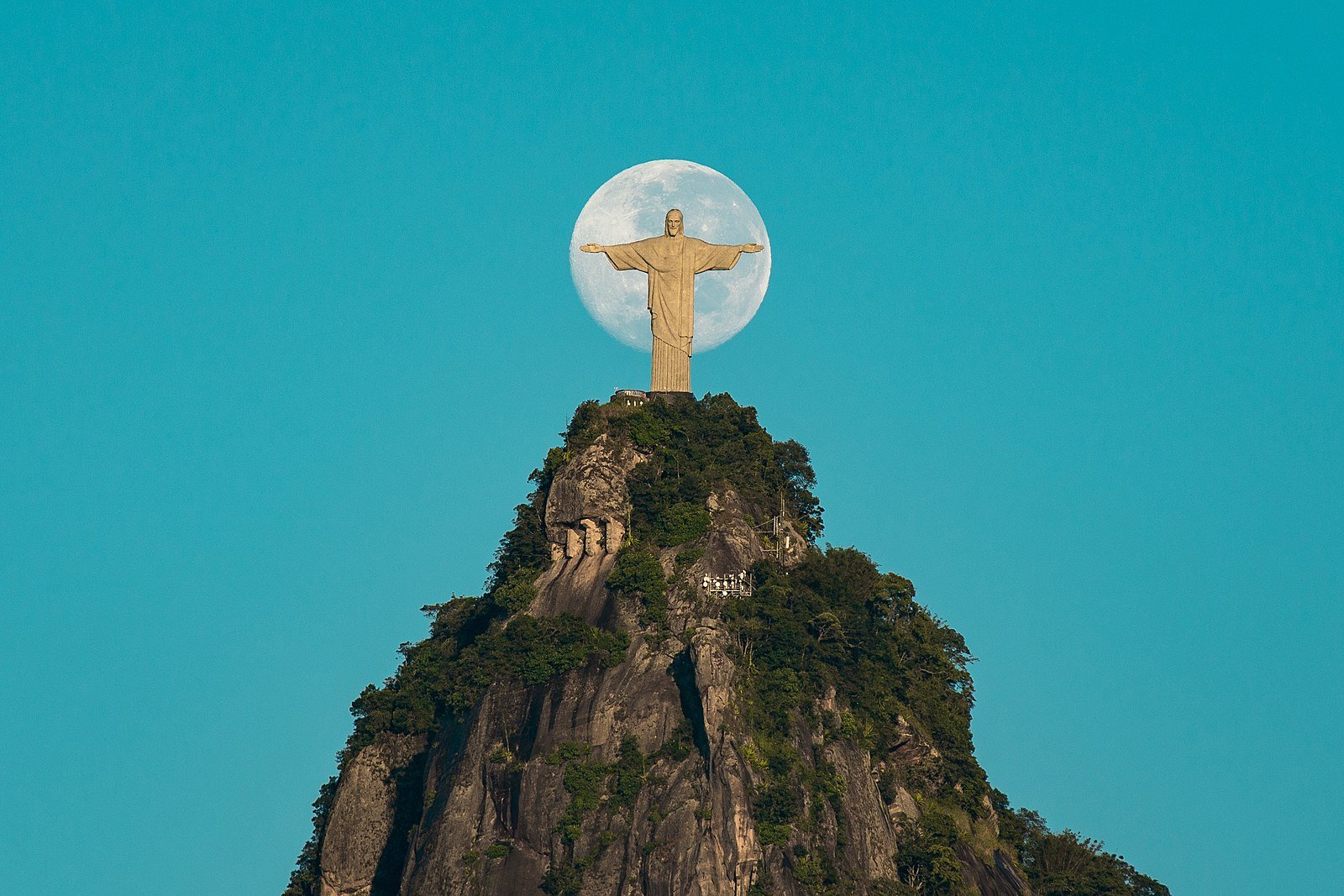 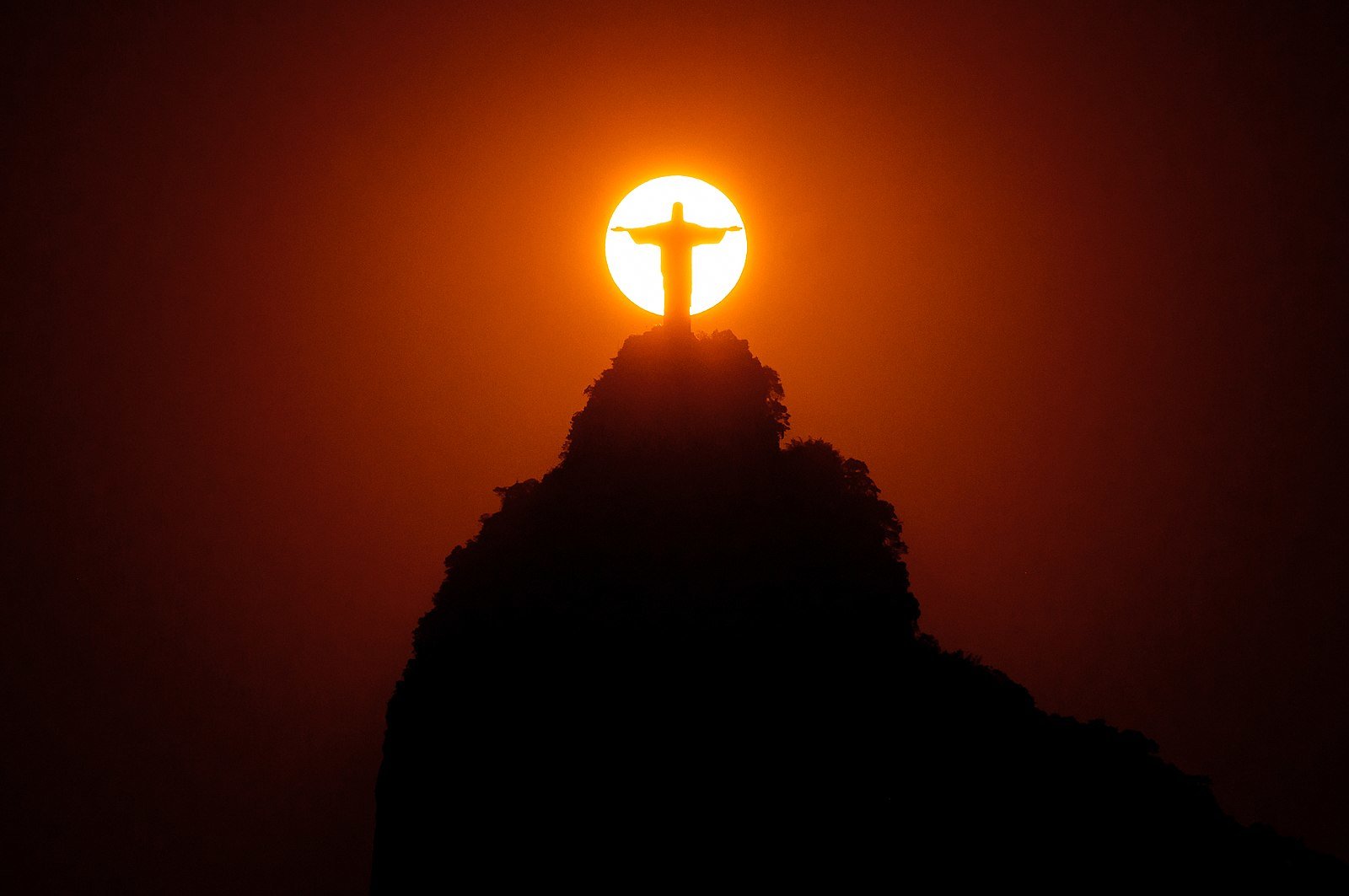 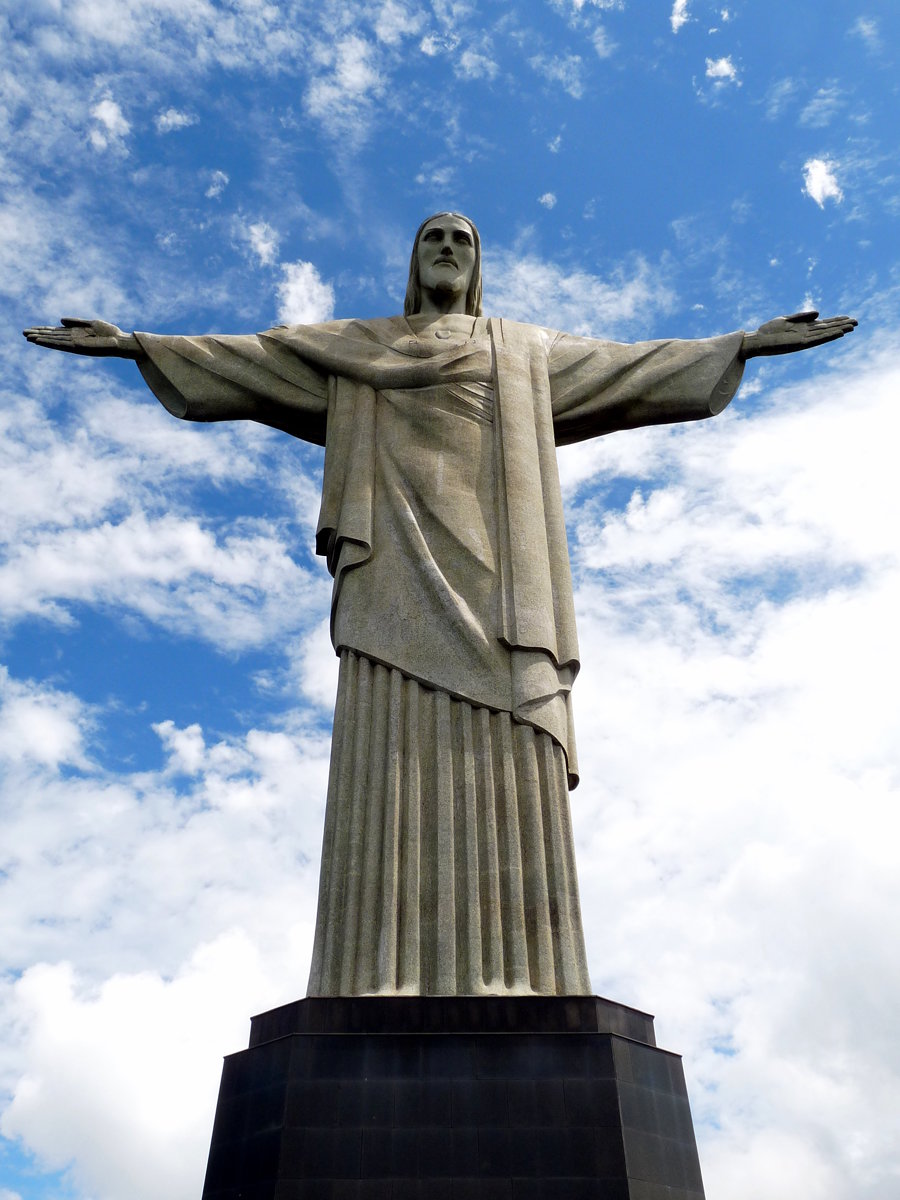 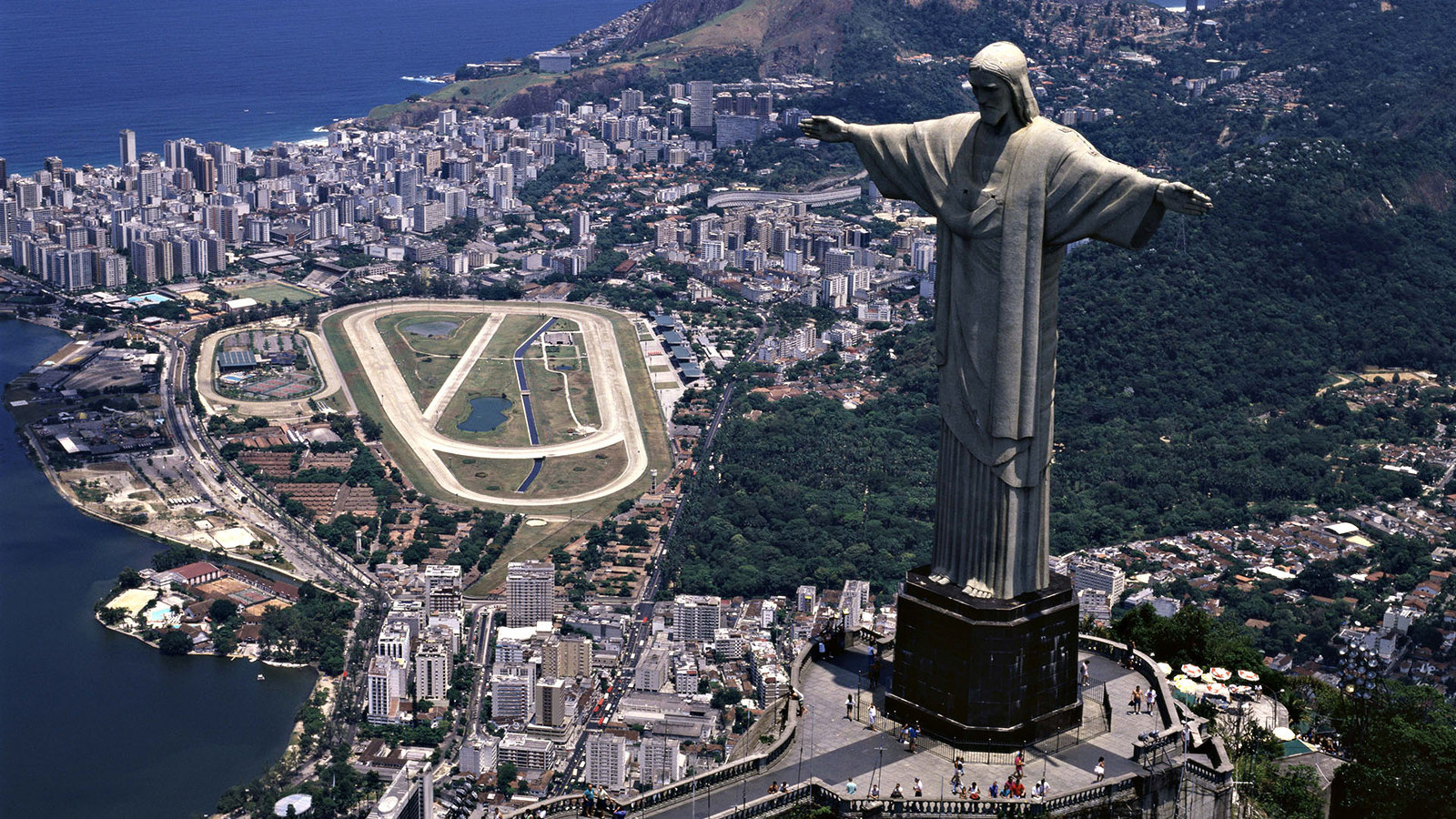 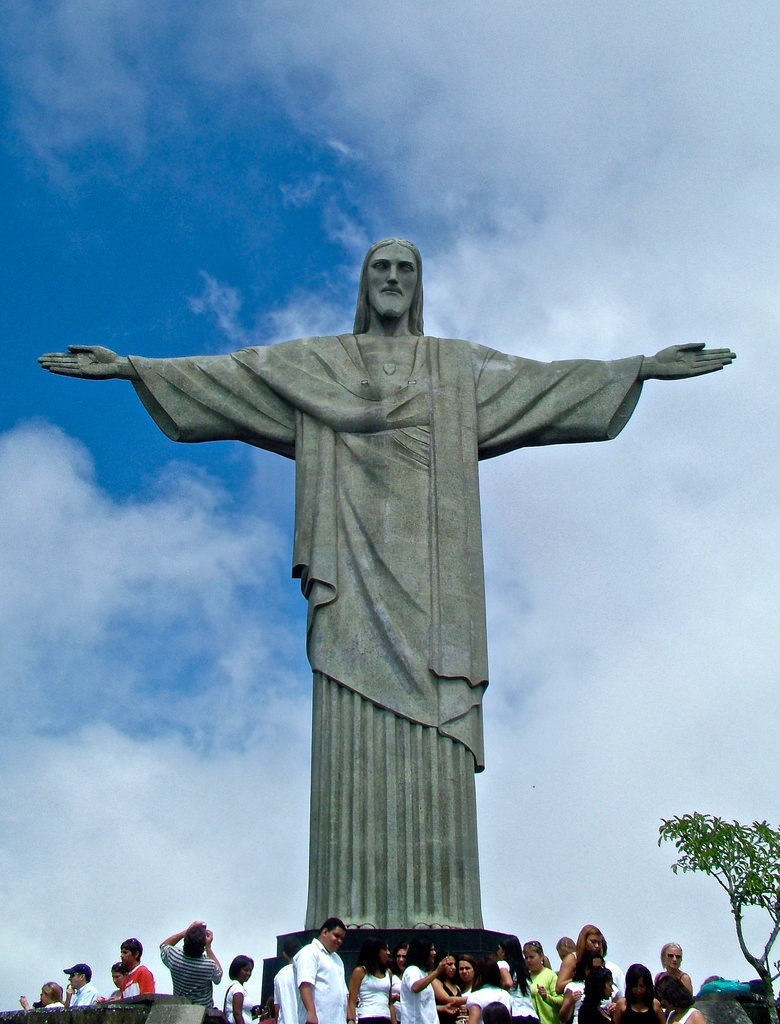 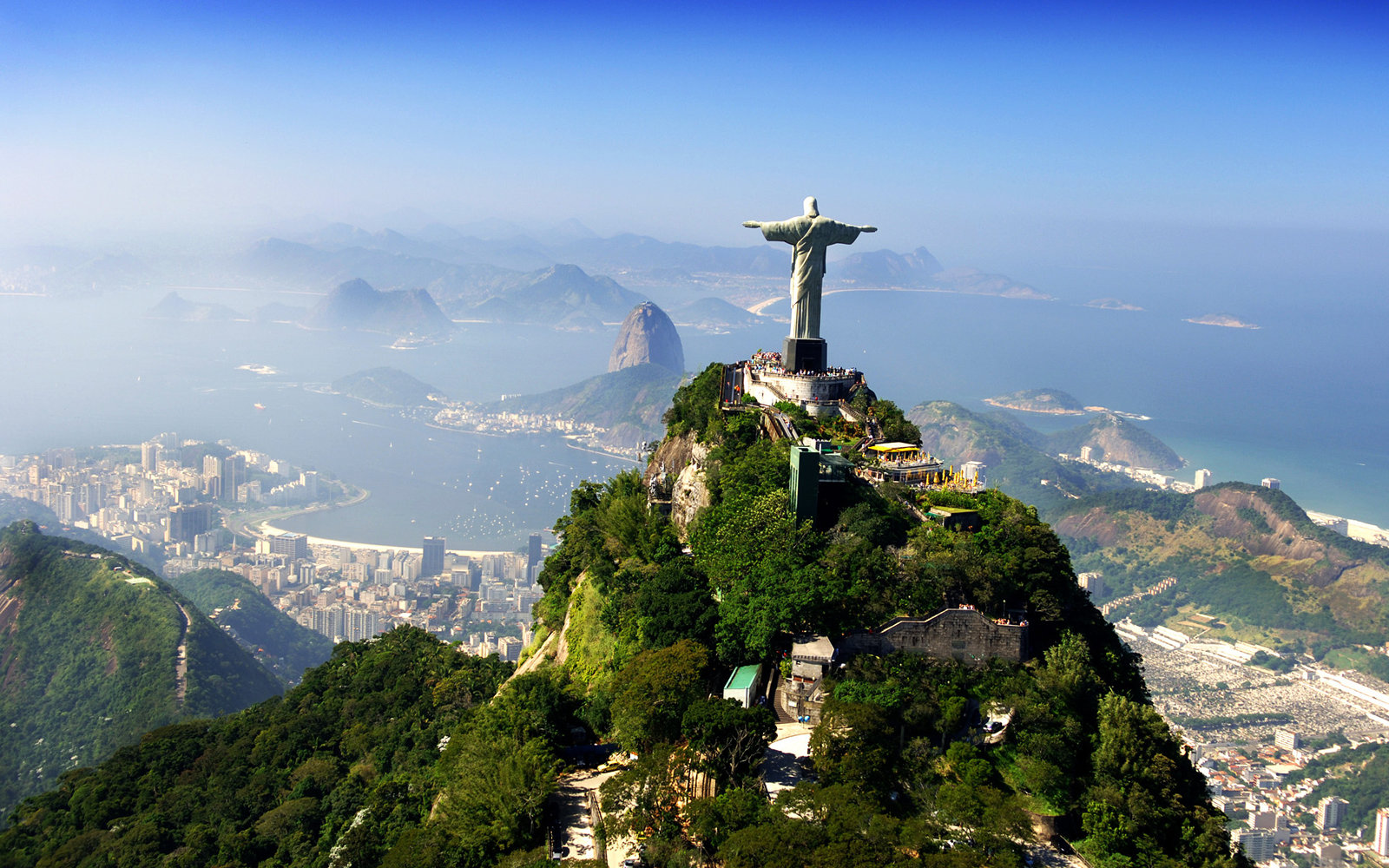 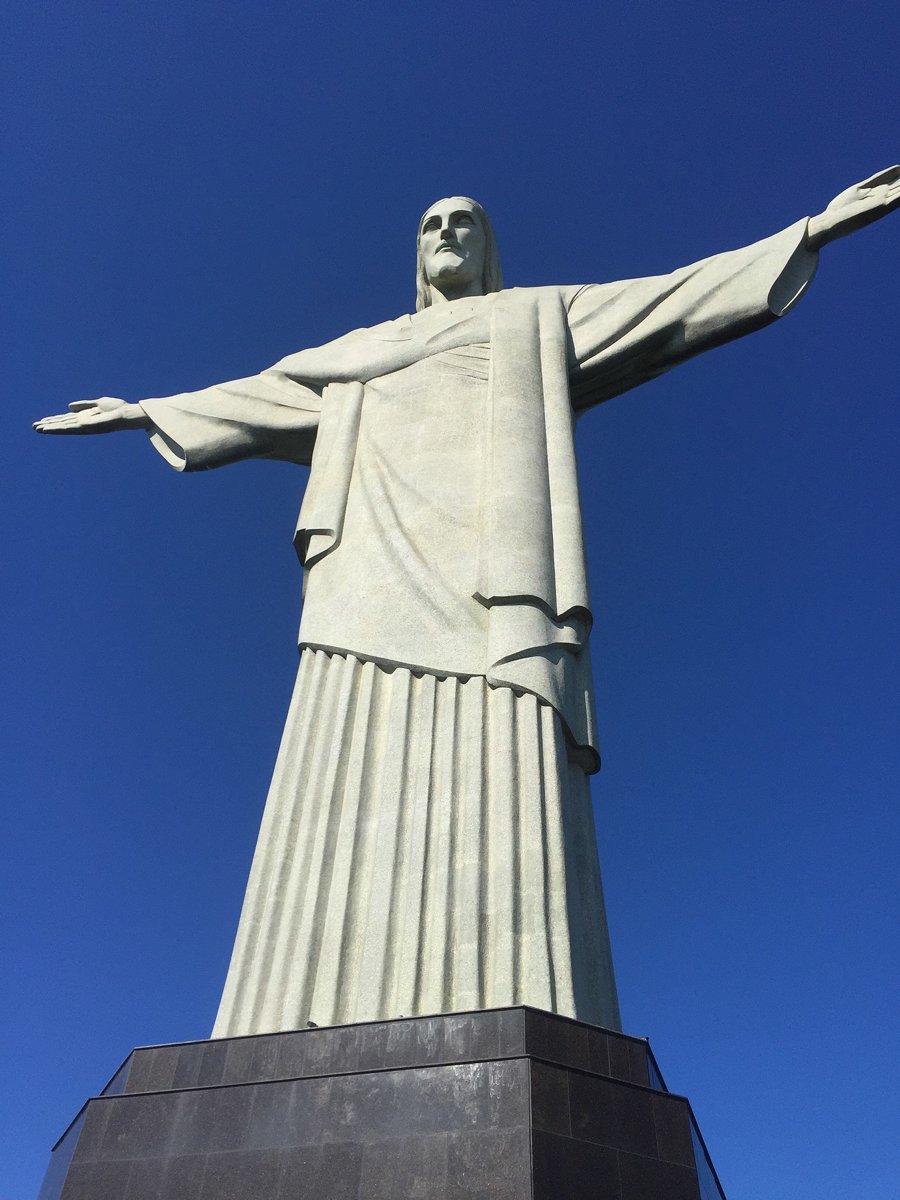 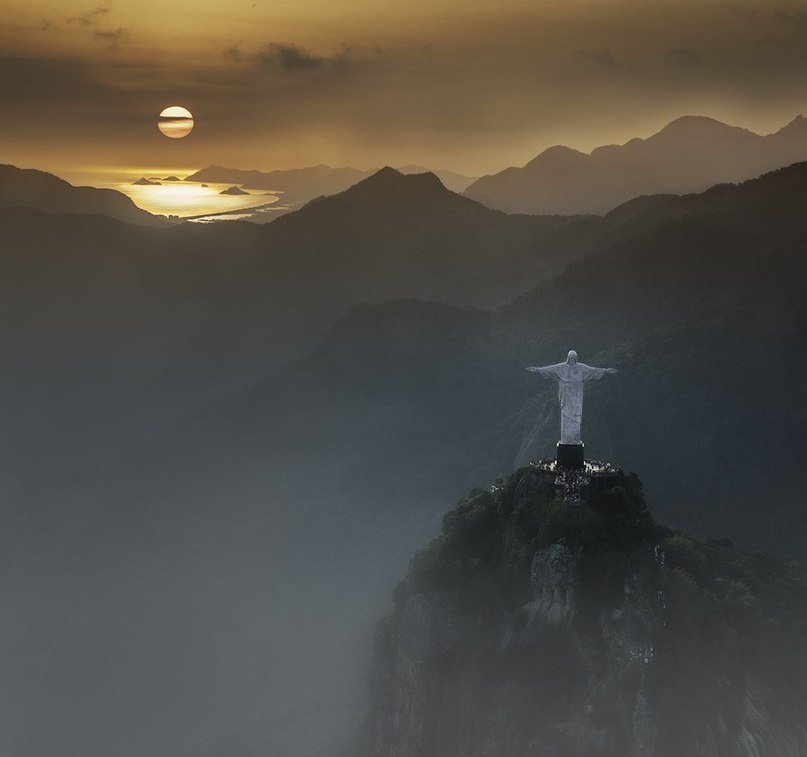 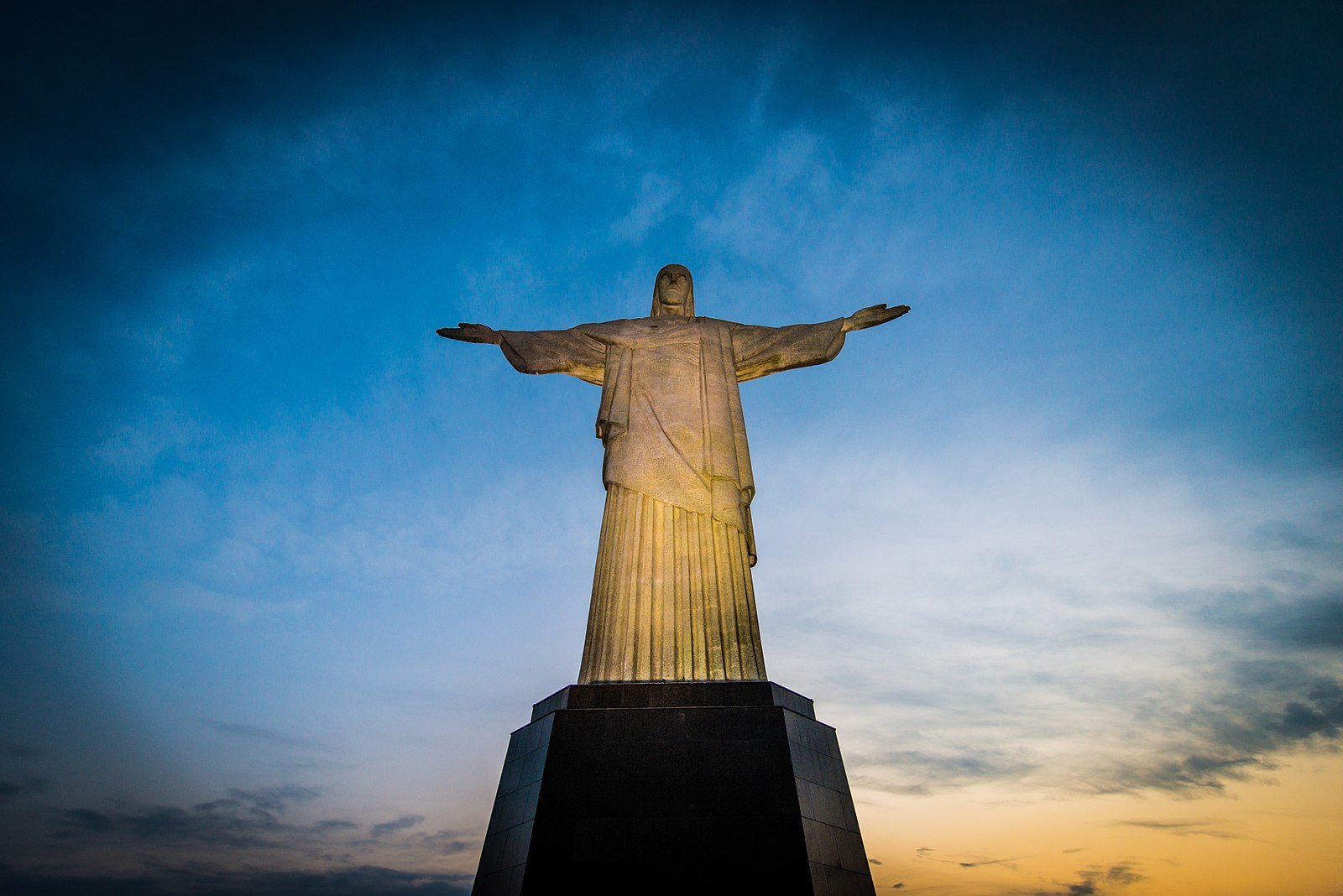 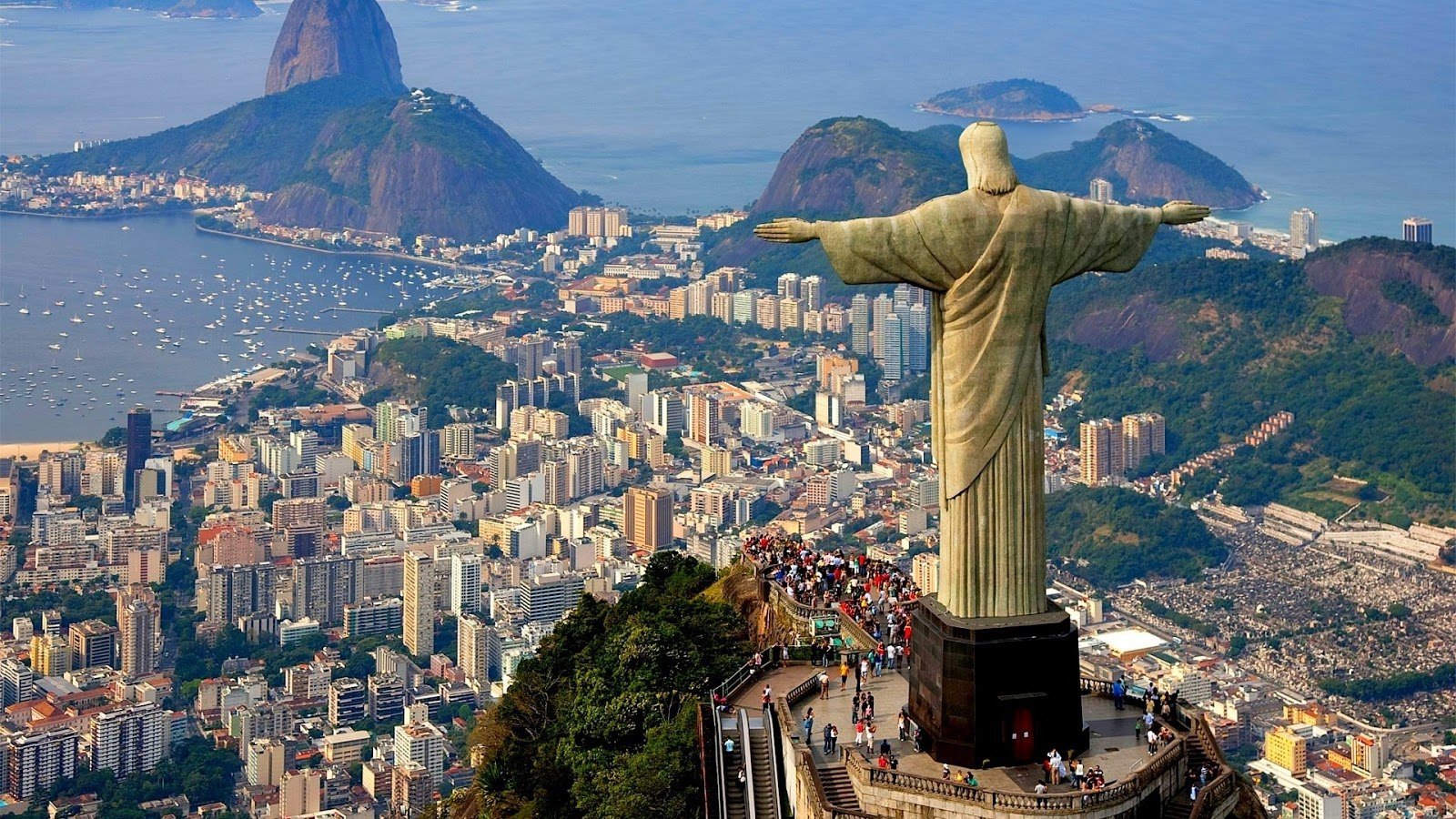 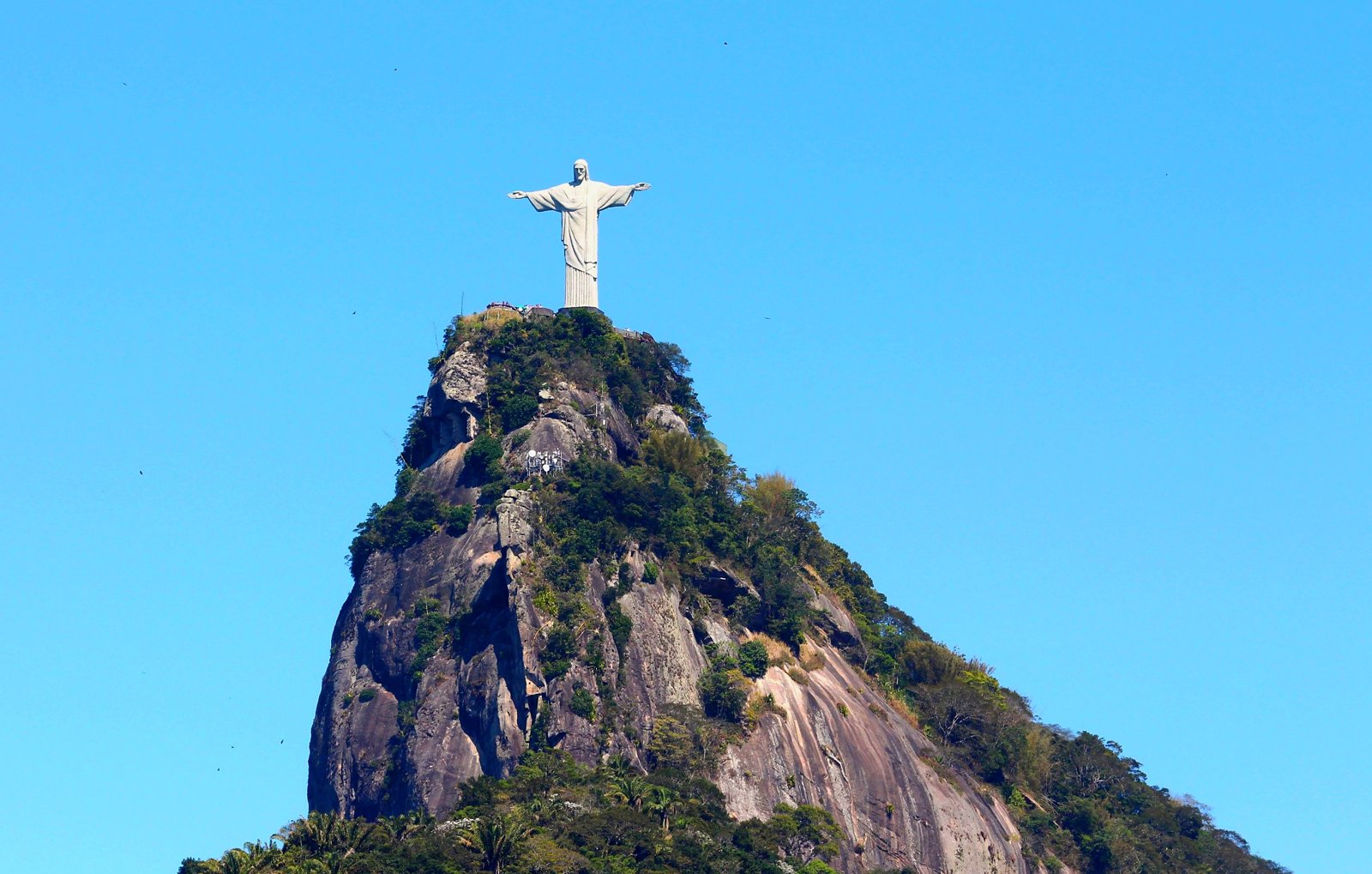 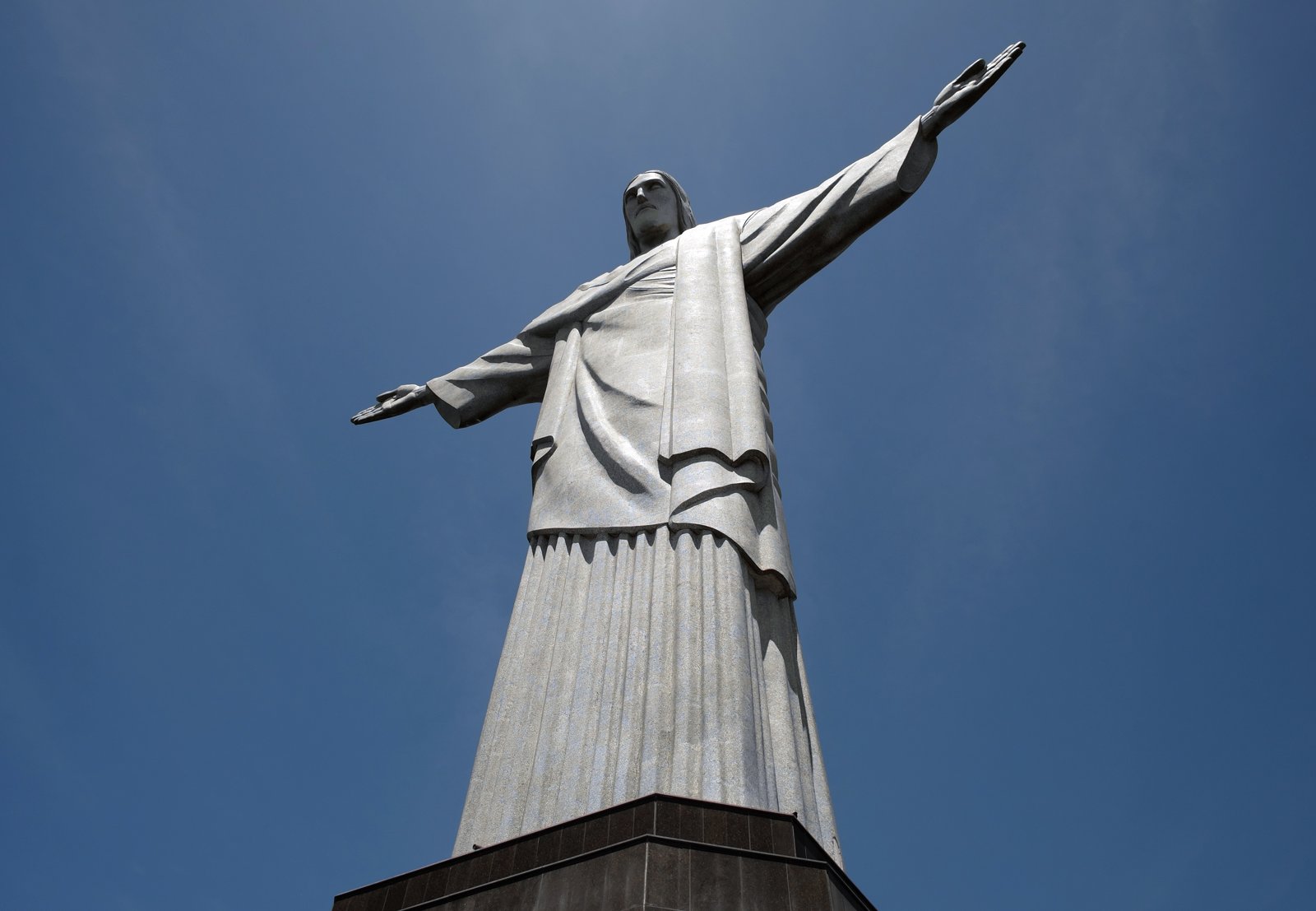 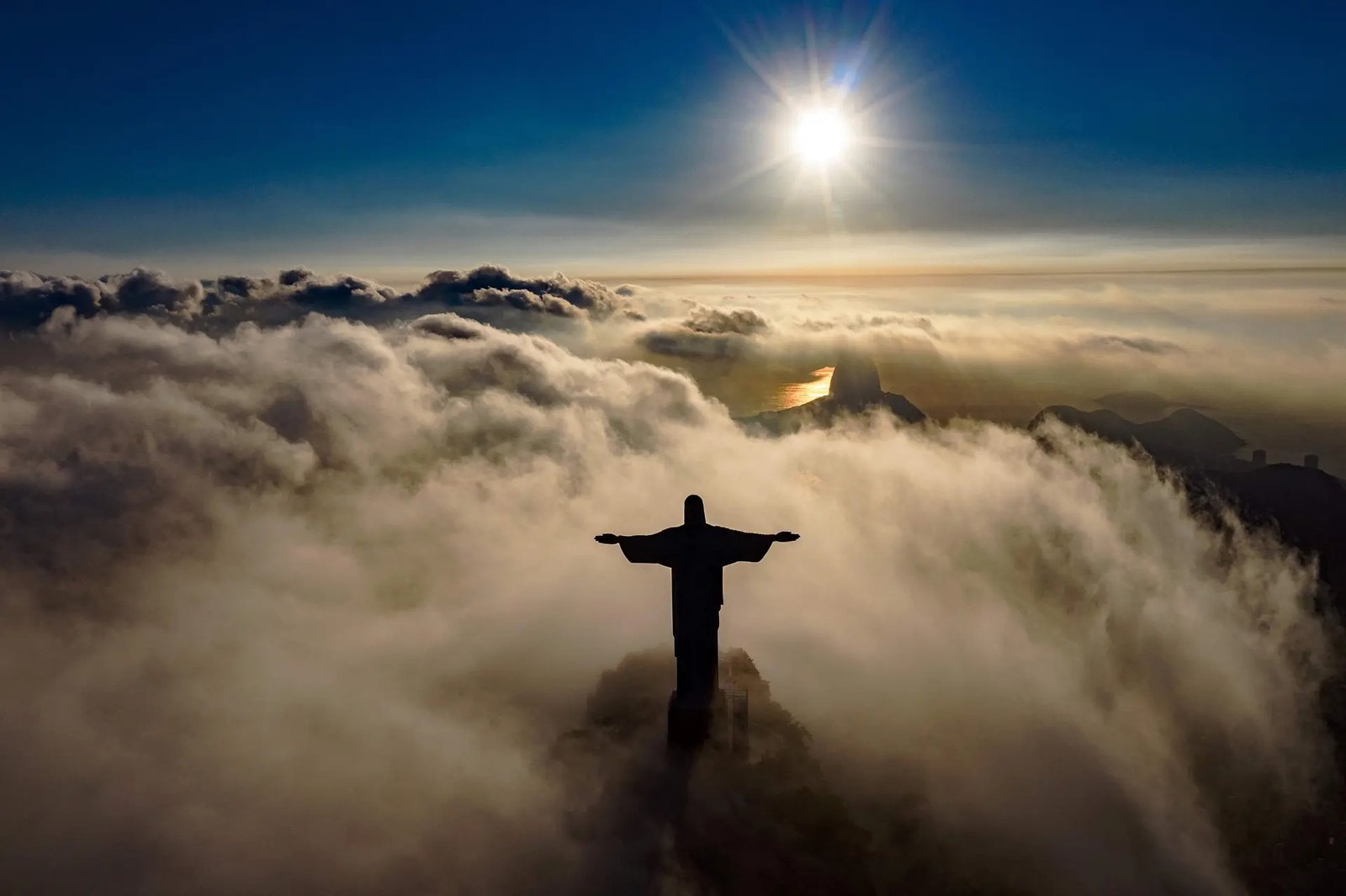 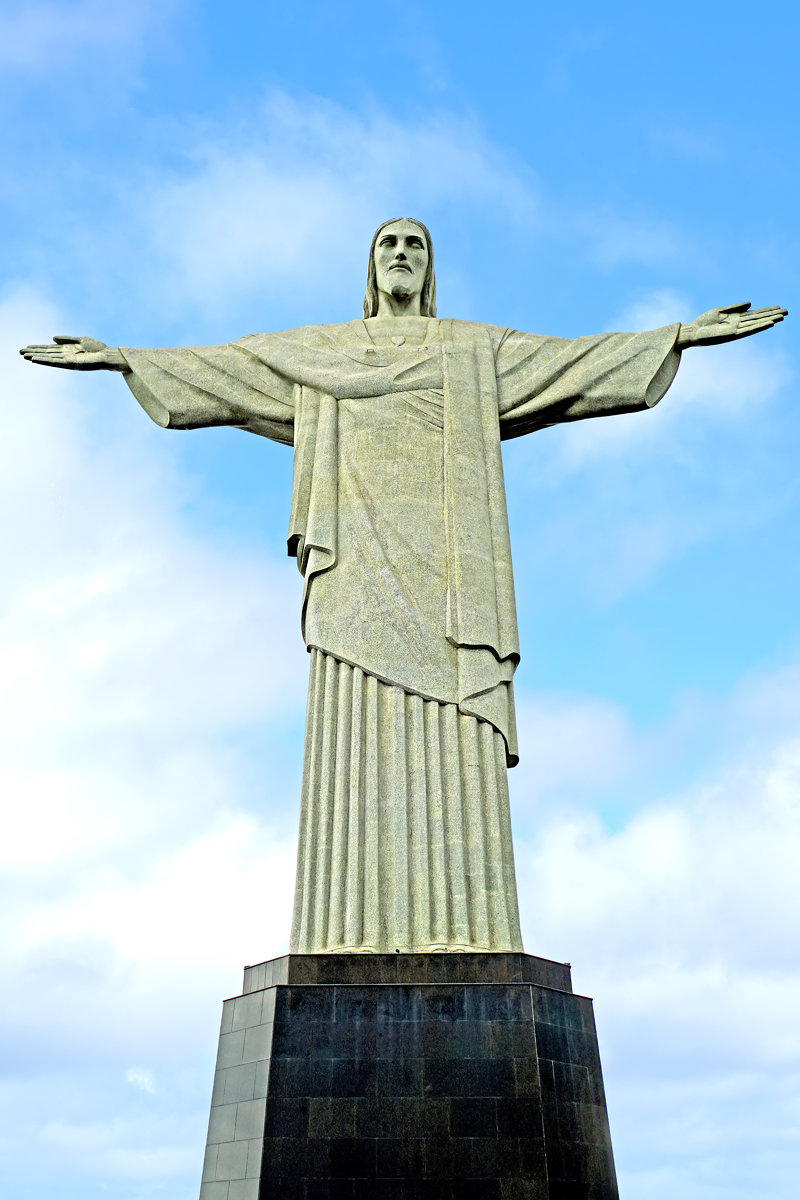 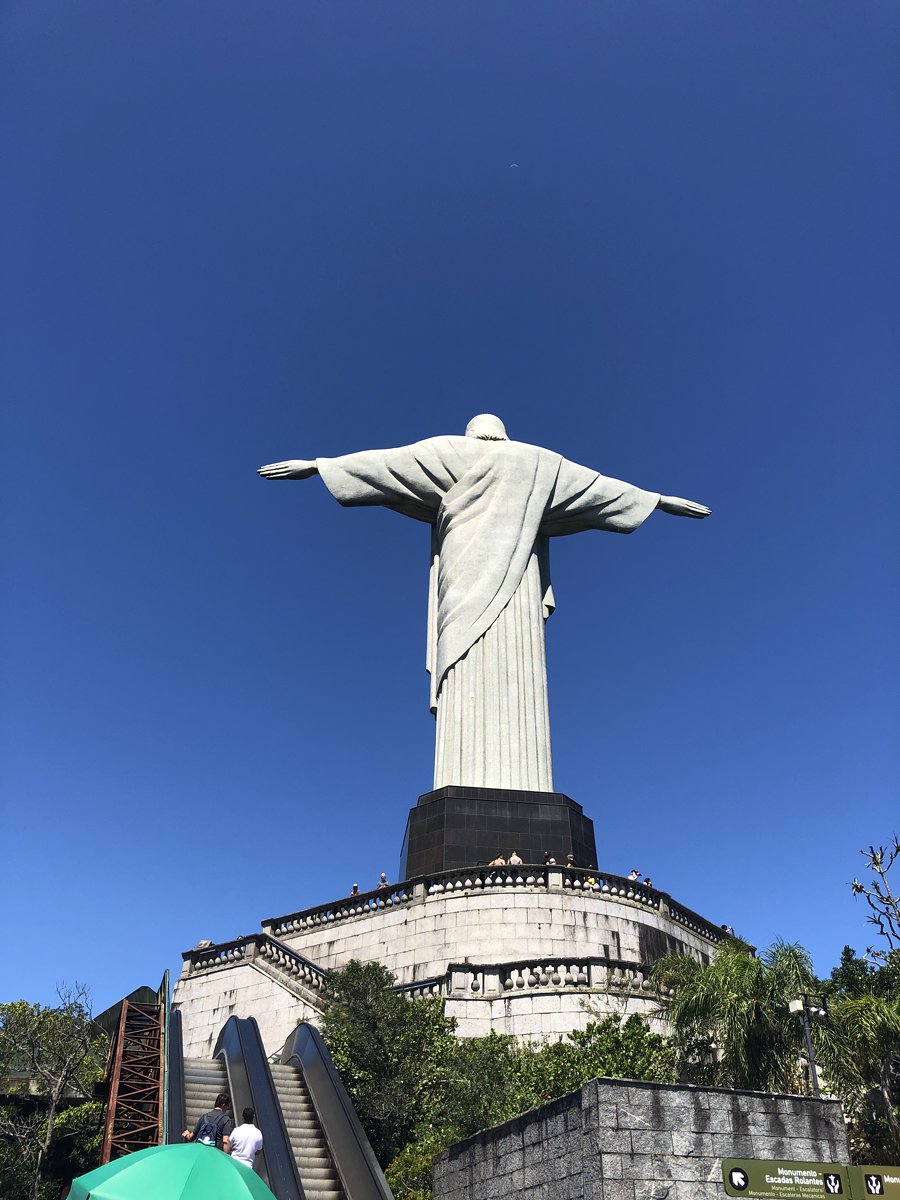 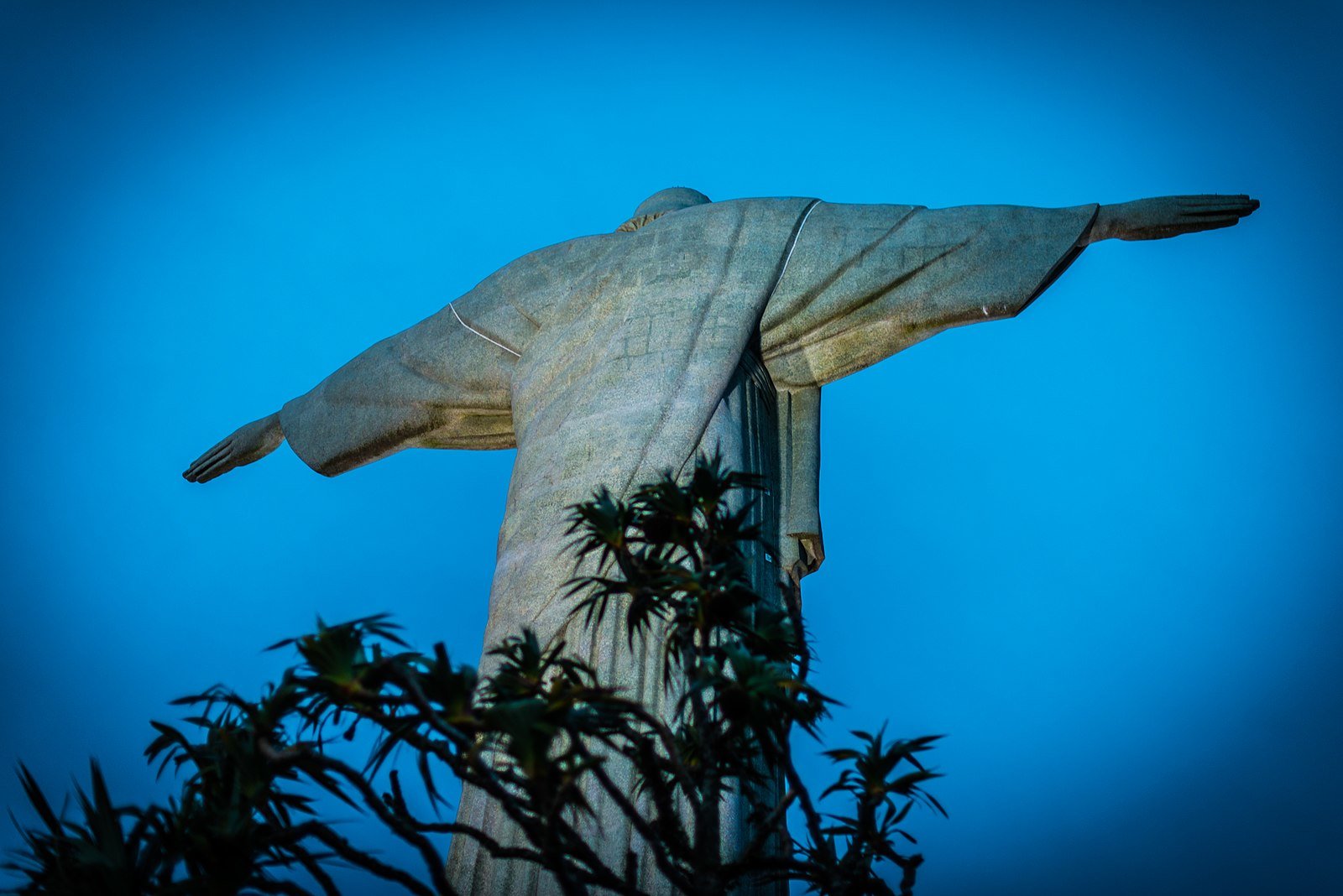 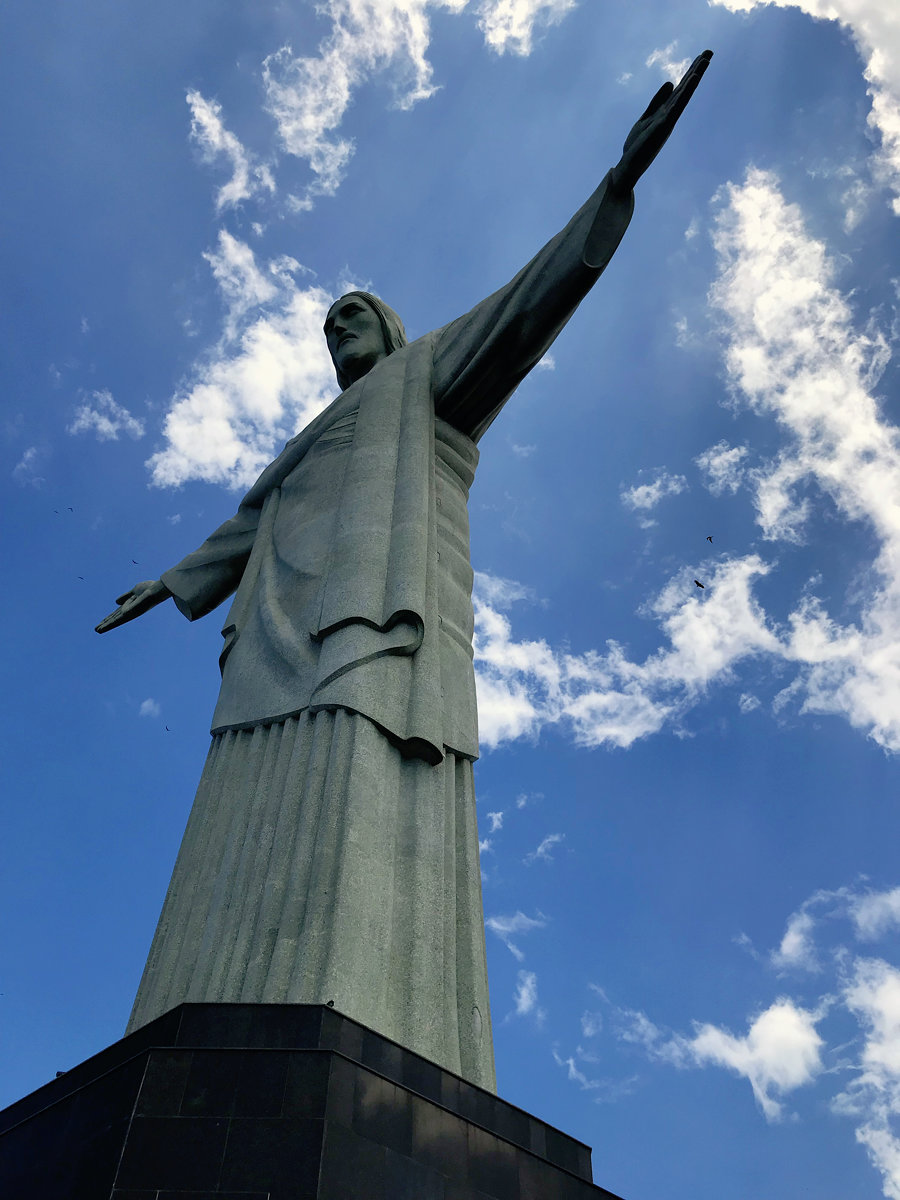 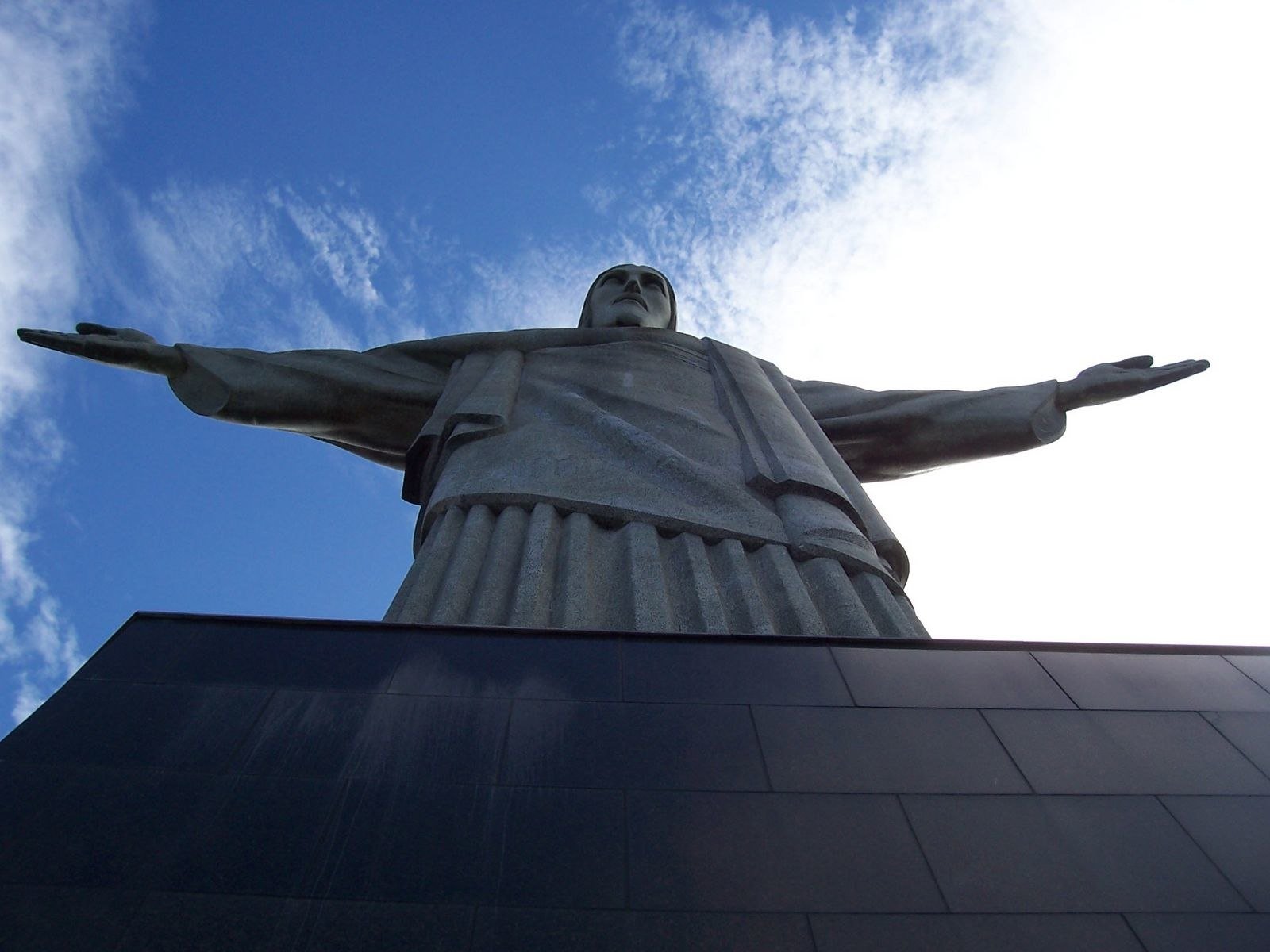 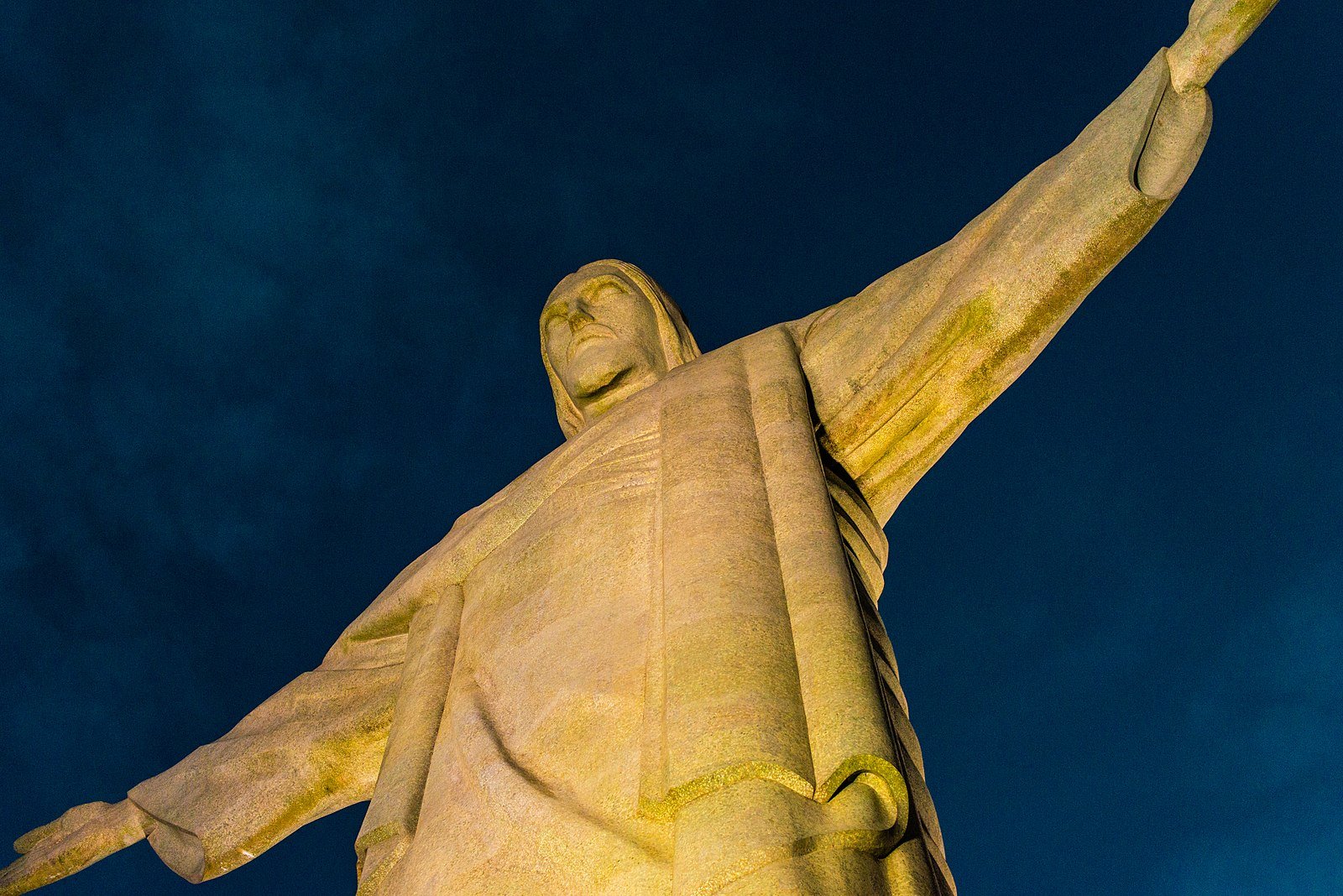 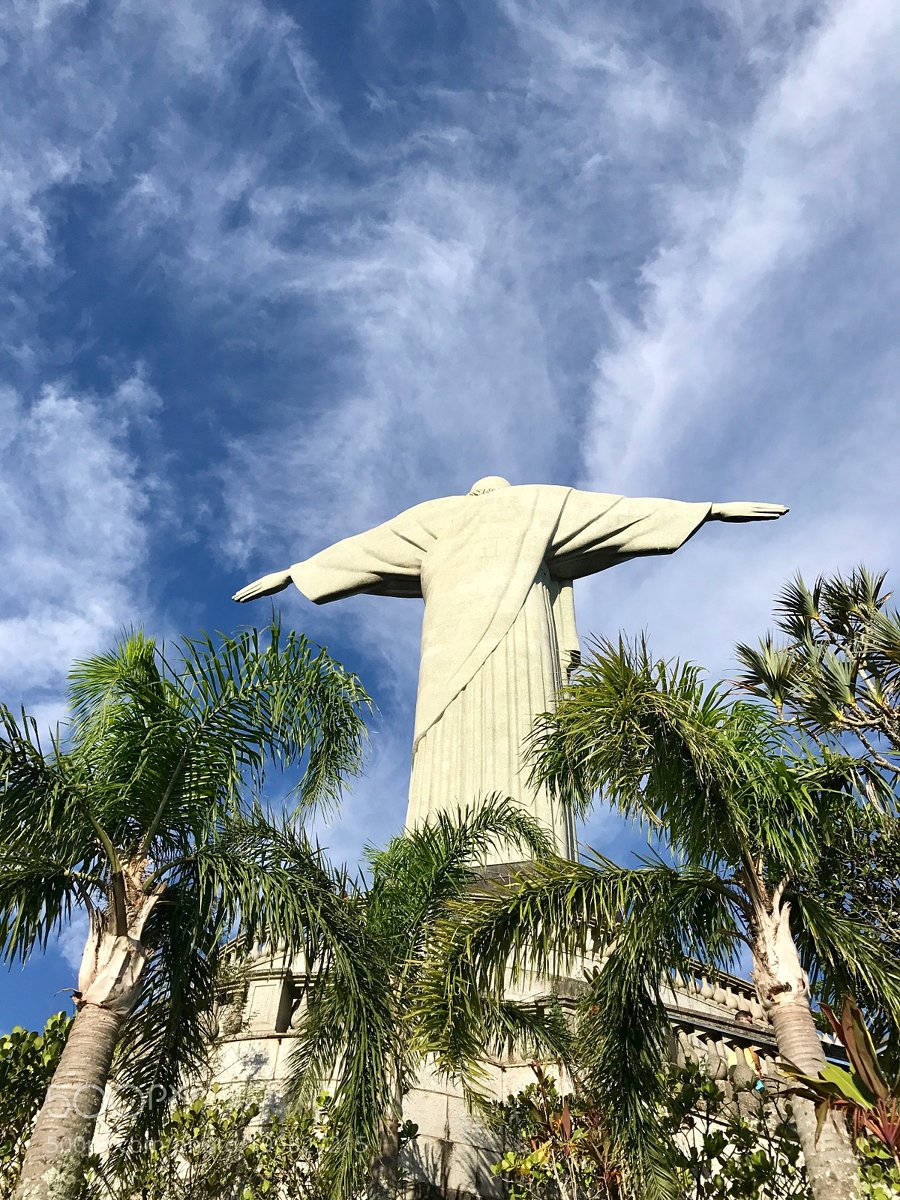