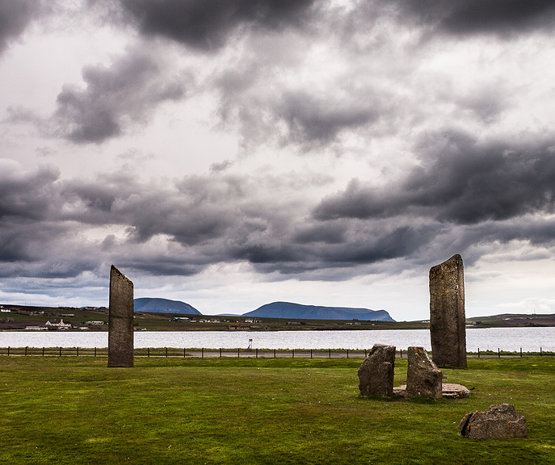 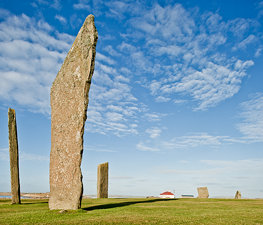 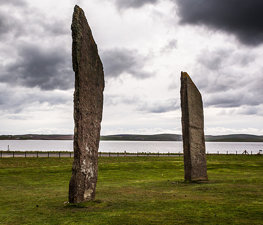 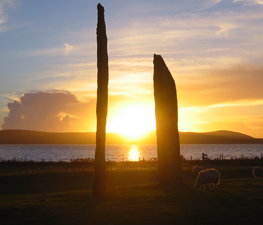 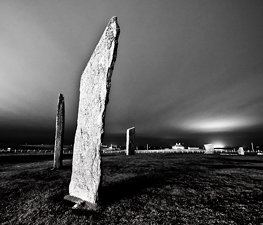 The surviving Standing Stones of Stenness form an impressive Neolithic monument on the mainland of Orkney, Scotland. It is sited on a promontory at the south bank of the stream that joins the southern ends of the sea loch Loch of Stenness and the freshwater loch Loch of Harray. The name, pronounced stane-is, comes from Old Norse meaning stone headland. The stream is now bridged, but at one time was crossed by a stepping stone causeway, and the Ring of Brodgar lies about 1.2 km (3/4 mile) away to the north-west, across the stream and near the tip of the isthmus formed between the two lochs. Maeshowe chambered cairn is about 1.2 km (3/4 mile) to the east of the Standing Stones of Stenness and several other Neolithic monuments also lie in the vicinity, suggesting that this area had particular importance.

The stones are thin slabs, approximately 300 mm (1 ft) thick. Four, up to about 5 m (16 ft) high, were originally elements of an elliptical shaped stone circle of 12 stones, about 32 m (104 ft) diameter, on a levelled platform of 44 m (144 ft) diameter surrounded by a ditch. The ditch is cut into rock by as much as 2 m (7 ft) depth and is 7 m (23 ft) wide, surrounded by an earth bank, with a single entrance causeway on the north side. The entrance faces towards the Neolithic Barnhouse Settlement which has been found adjacent to the Loch of Harray. The Watch Stone stands outside the circle to the north-west and is 5.6 m (18 ft) high. Other smaller stones include a square stone setting in the centre of the circle platform where cremated bone, charcoal and pottery were found, and animal bones were found in the ditch. The pottery links the monument to Skara Brae and Maeshowe, and the site is thought to date from at least 3000 BC.

Even in the 18th century the site was still associated with traditions and rituals, by then relating to Norse gods. It was visited by Walter Scott in 1814. Other antiquarians documented the stones and recorded local traditions and beliefs about them. One stone, known as the "Odin Stone" was pierced with a circular hole, and was used by local couples for plighting engagements by holding hands through the gap. It was also associated with other ceremonies and believed to have magical power.

In December 1814 Captain W. Mackay, a recent immigrant to Orkney who owned farmland in the vicinity of the stones, decided to remove them on the grounds that local people were trespassing and disturbing his land by using the stones in rituals. He started in December 1814 by smashing the Odin Stone. This caused outrage and he was stopped after destroying one other stone and toppling another.

The toppled stone was re-erected in 1906 along with some inaccurate reconstruction inside the circle. However, even the few stones that have survived create a powerful atmosphere hinting at the distant past.

There is significant birdlife present in the lochs on either side of this site. About two miles (3 km) to the south is the Burn of Ayreland as it discharges to the Clestrain Sound.

‘The Heart of Neolithic Orkney’ was inscribed as a World Heritage site in December 1999. In addition to the Standing Stones of Stenness , the site includes Maeshowe, Skara Brae, the Ring of Brodgar and other nearby sites. It is managed by Historic Scotland, whose 'Statement of Significance' for the site begins:

The monuments at the heart of Neolithic Orkney and Skara Brae proclaim the triumphs of the human spirit in early ages and isolated places. They were approximately contemporary with the mastabas of the archaic period of Egypt (first and second dynasties), the brick temples of Sumeria, and the first cities of the Harappa culture in India, and a century or two earlier than the Golden Age of China. Unusually fine for their early date, and with a remarkably rich survival of evidence, these sites stand as a visible symbol of the achievements of early peoples away from the traditional centres of civilisation...Stenness is a unique and early expression of the ritual customs of the people who buried their dead in tombs like Maes Howe and lived in settlements like Skara Brae.

Carl Griffin
Some of the most ancient standing stones in the World.
Load more comments
foursquare.com
6.7/10
Kinofdc Wilder and 397 more people have been here
I've been here
Add to wishlist

Standing Stones of Stenness on Foursquare

Midhowe is a large Neolithic chambered cairn located on the south 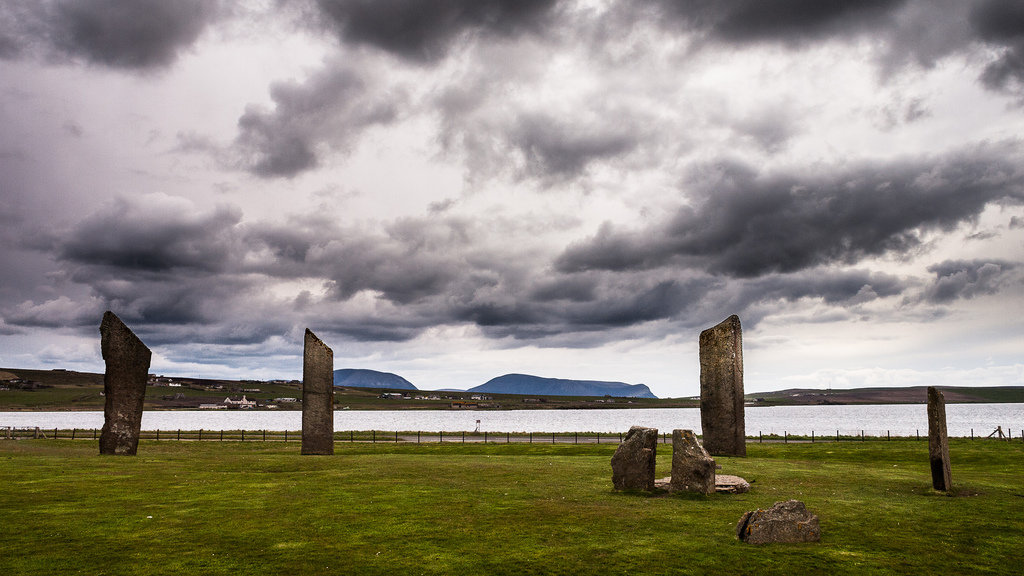 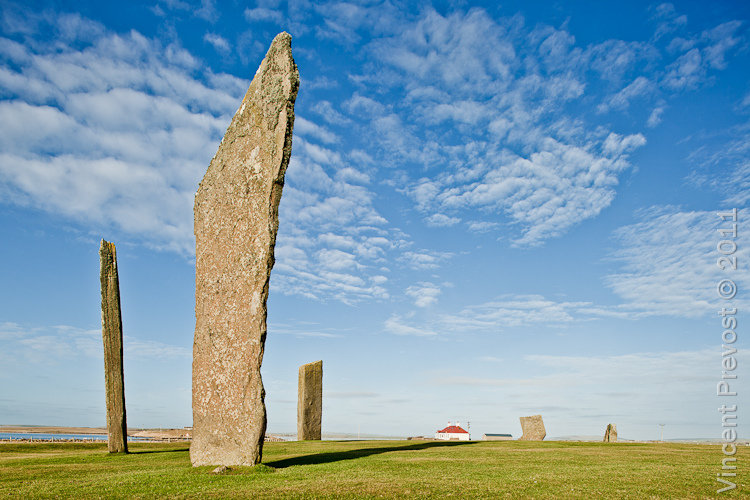 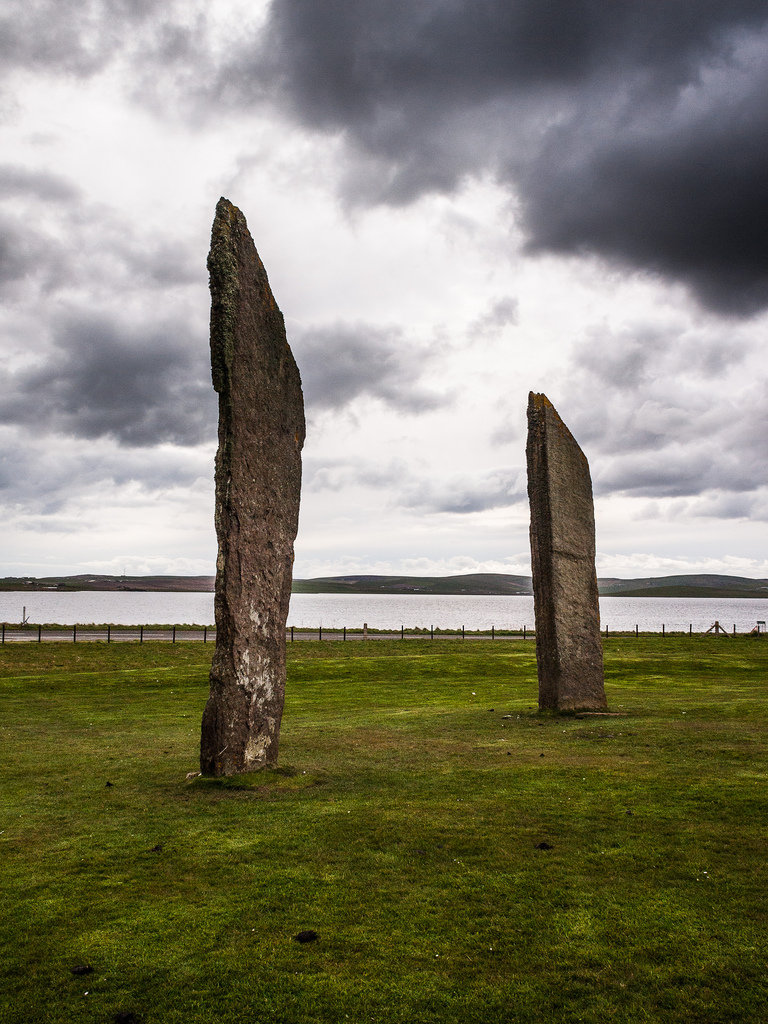 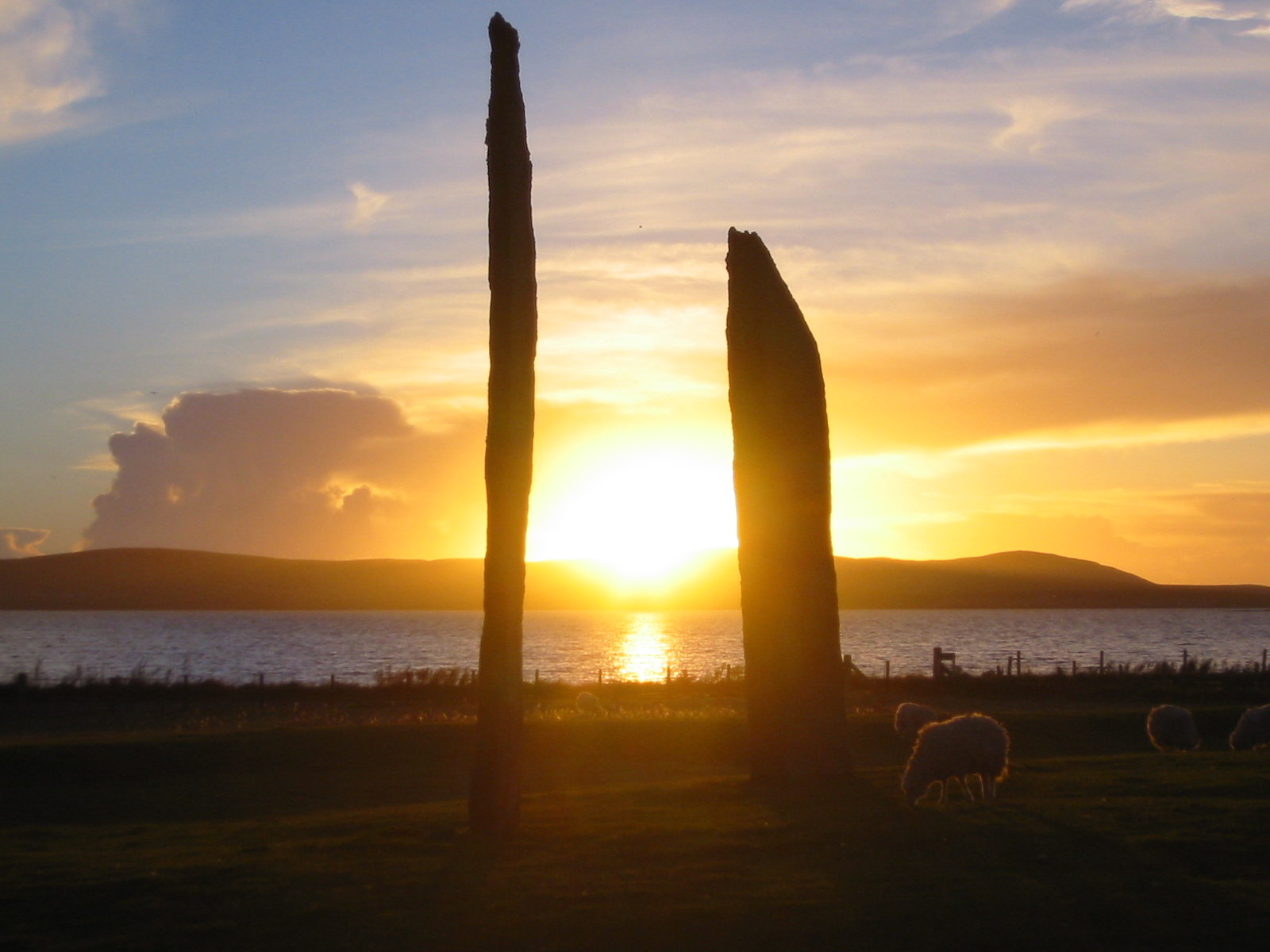 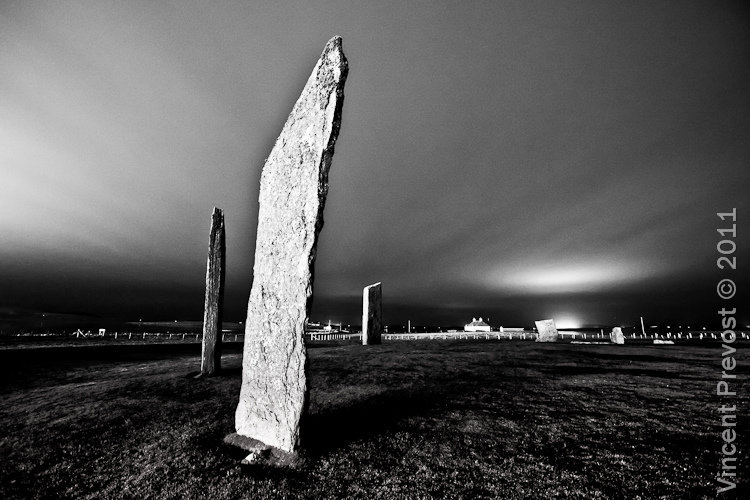 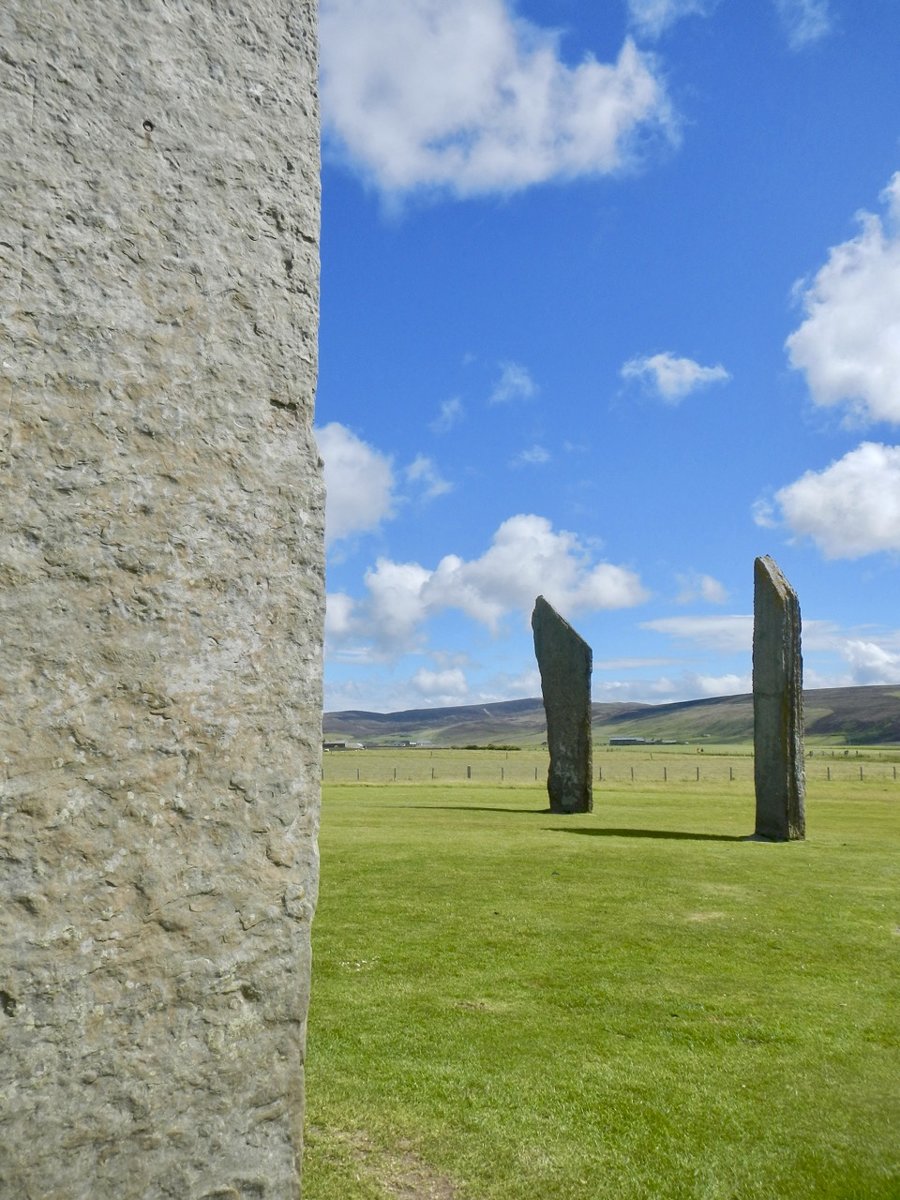 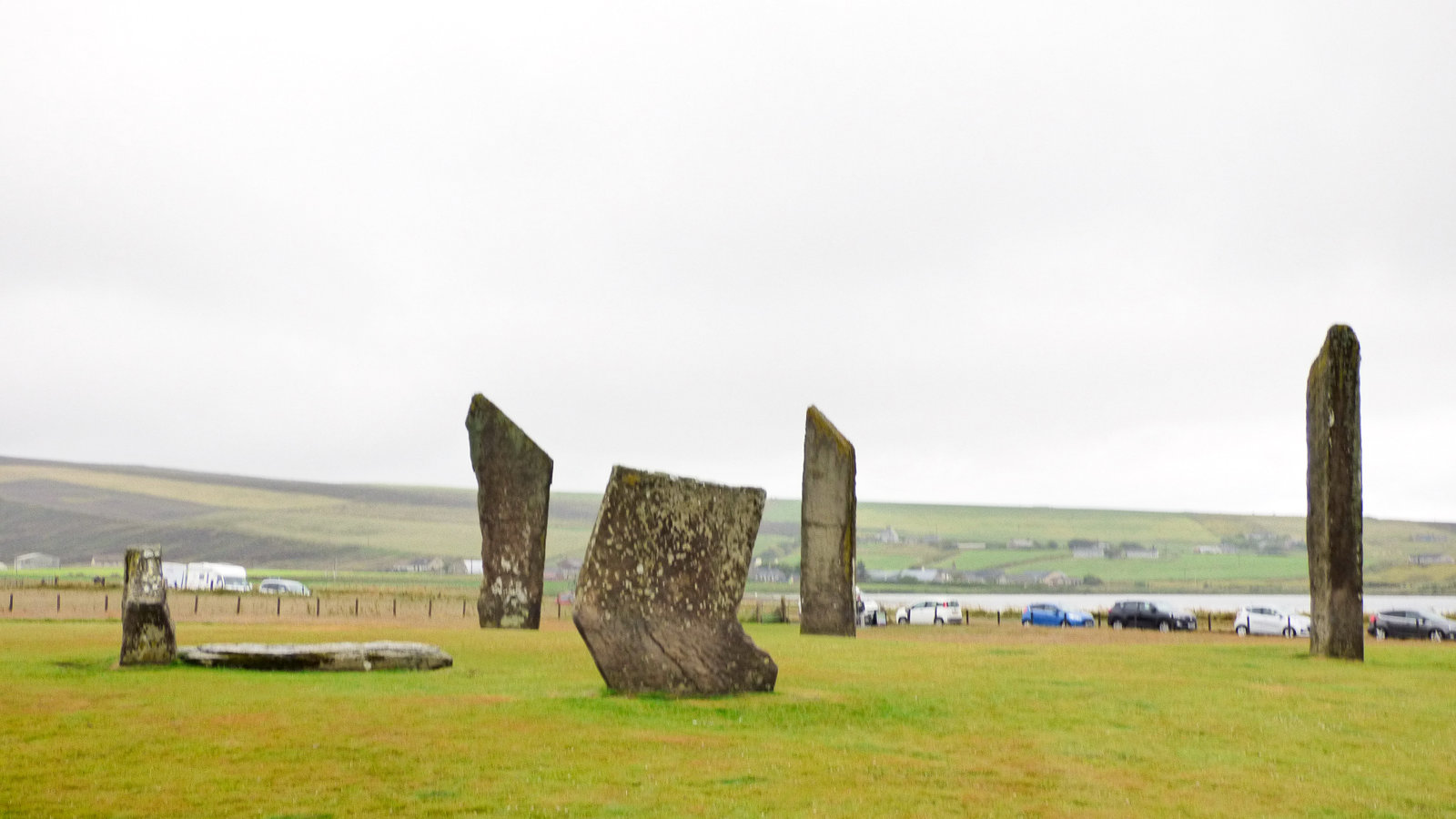 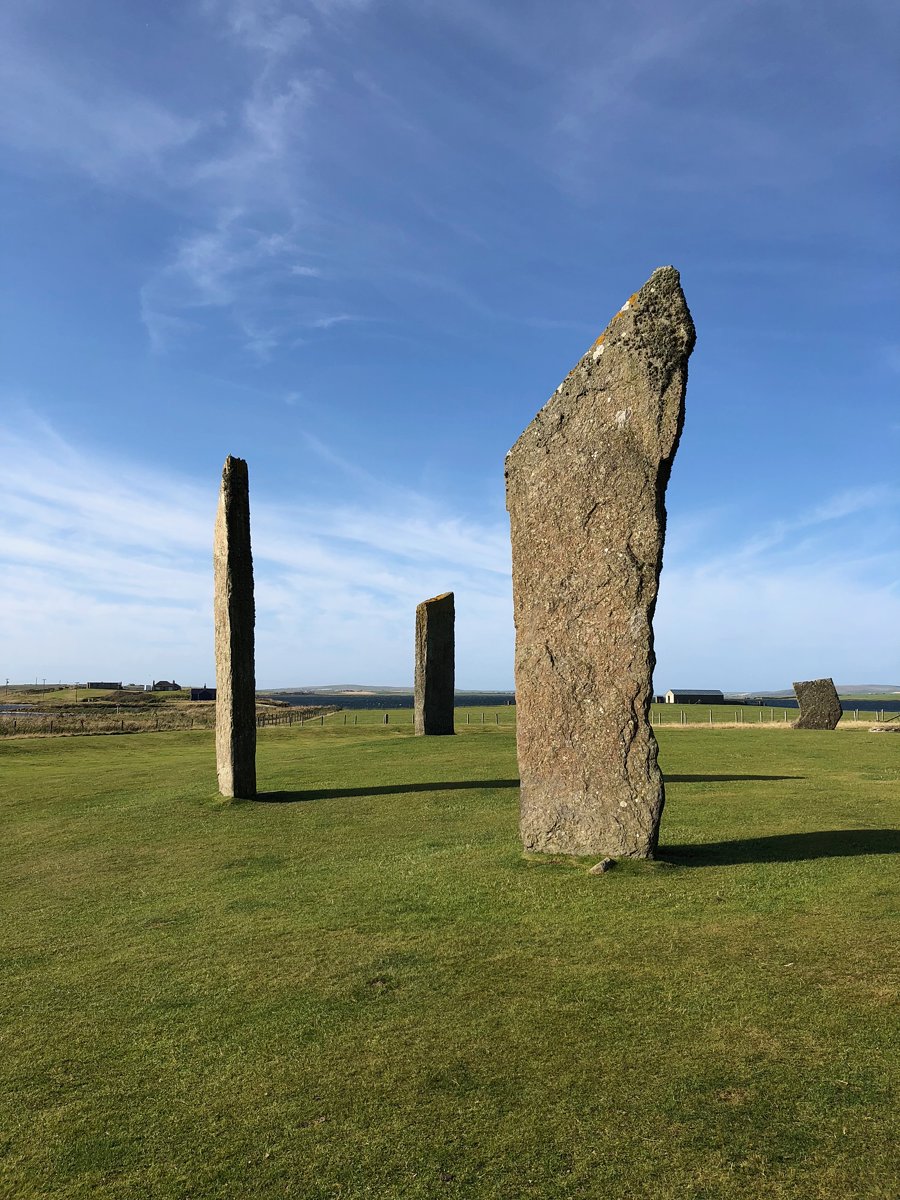 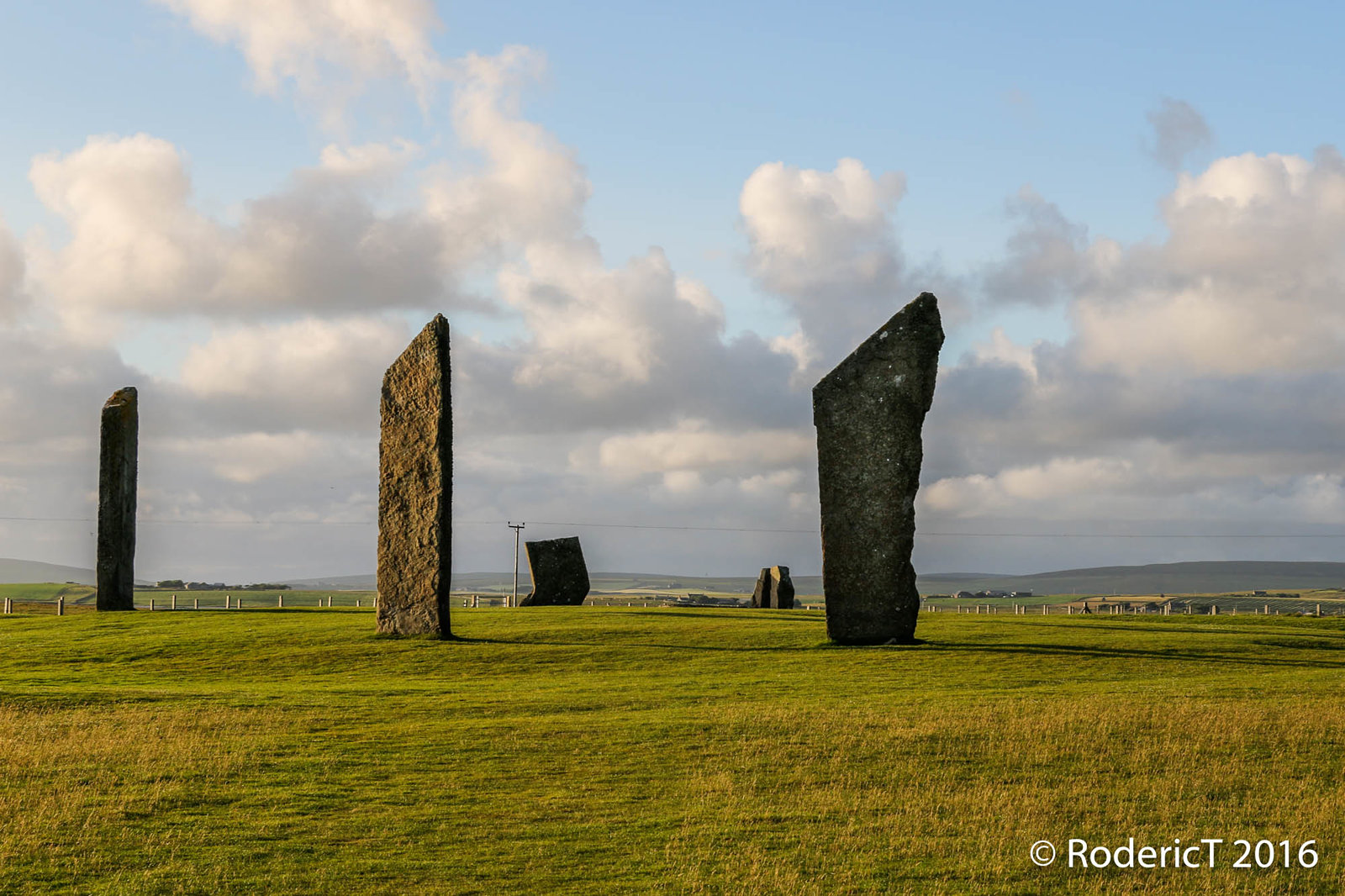 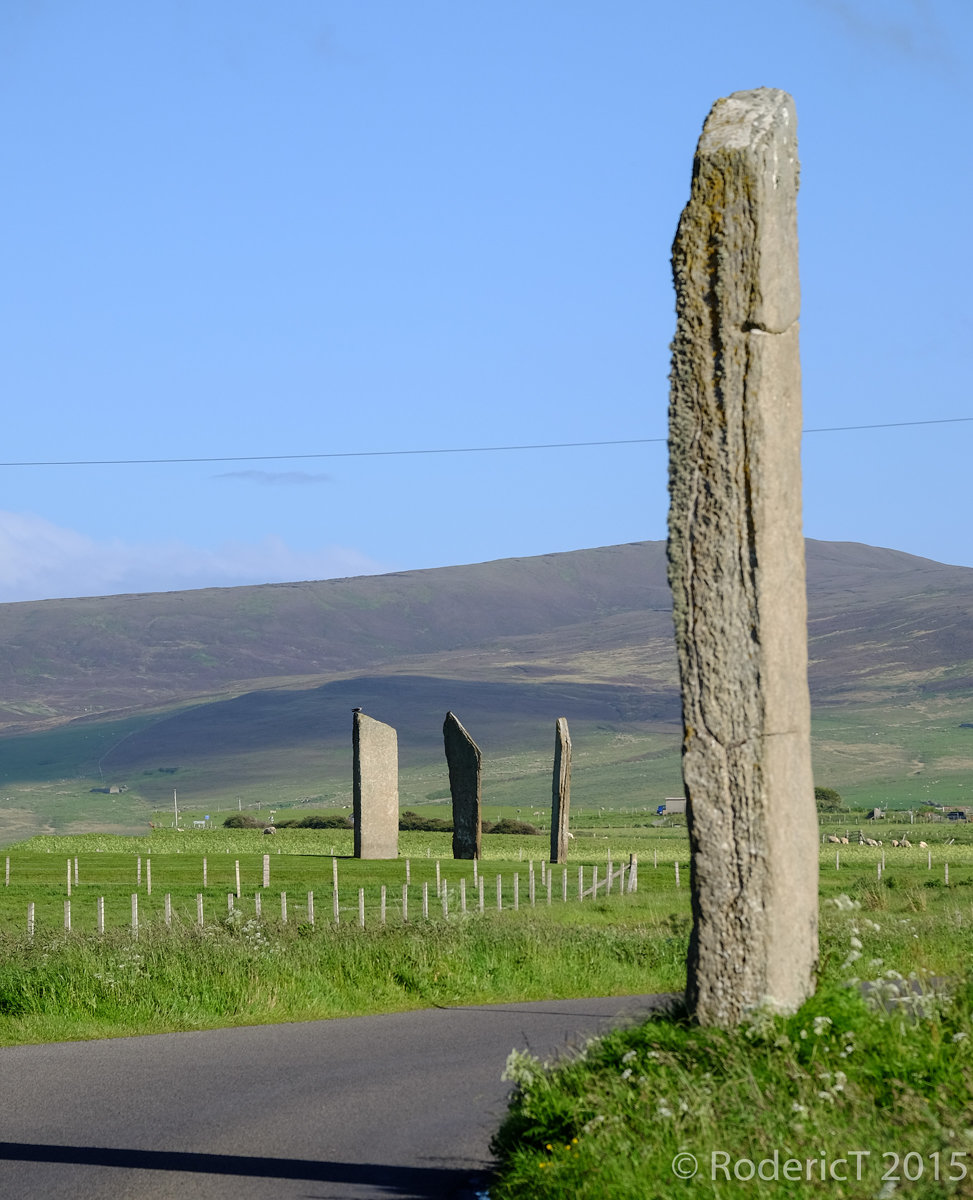 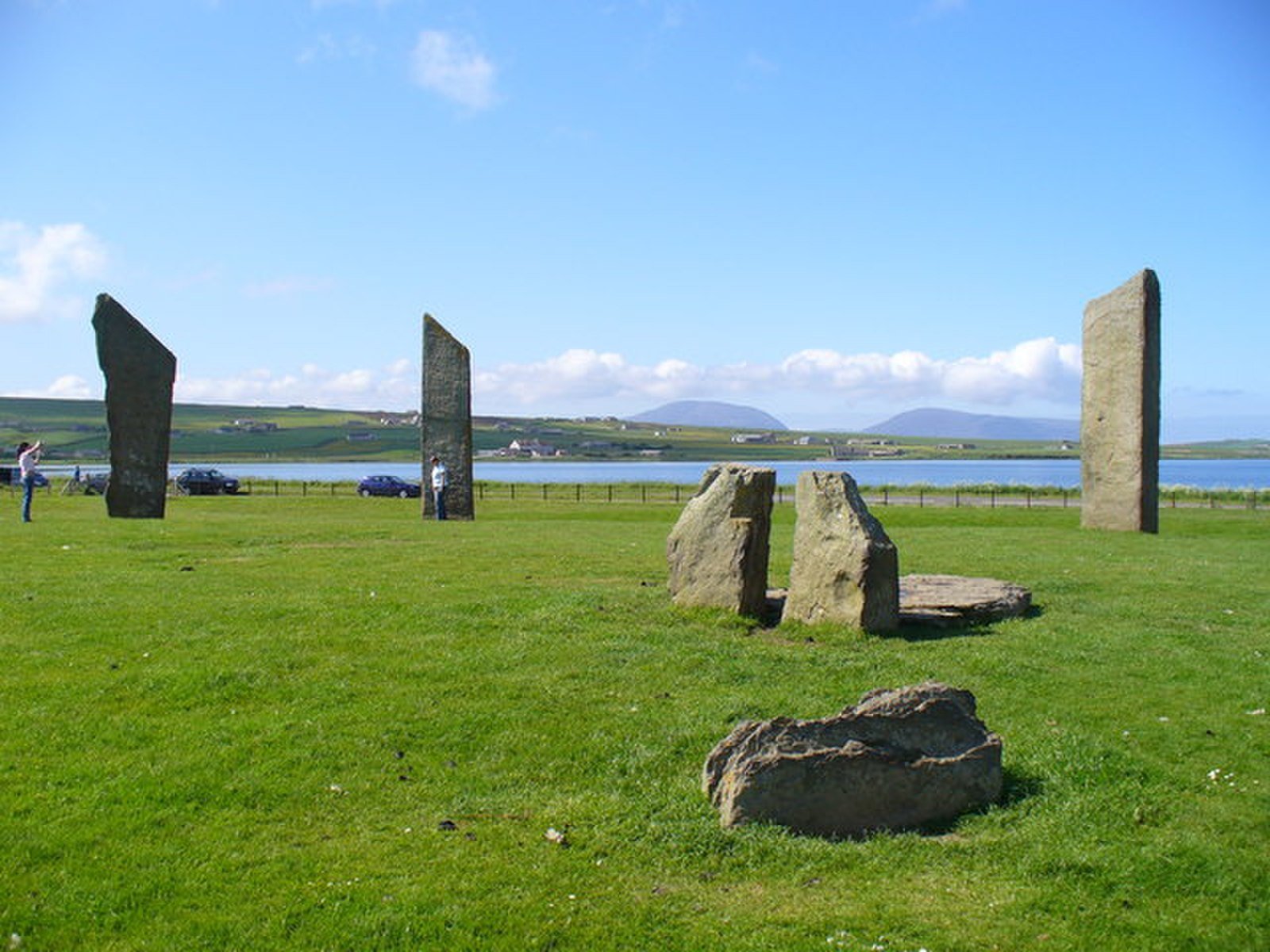 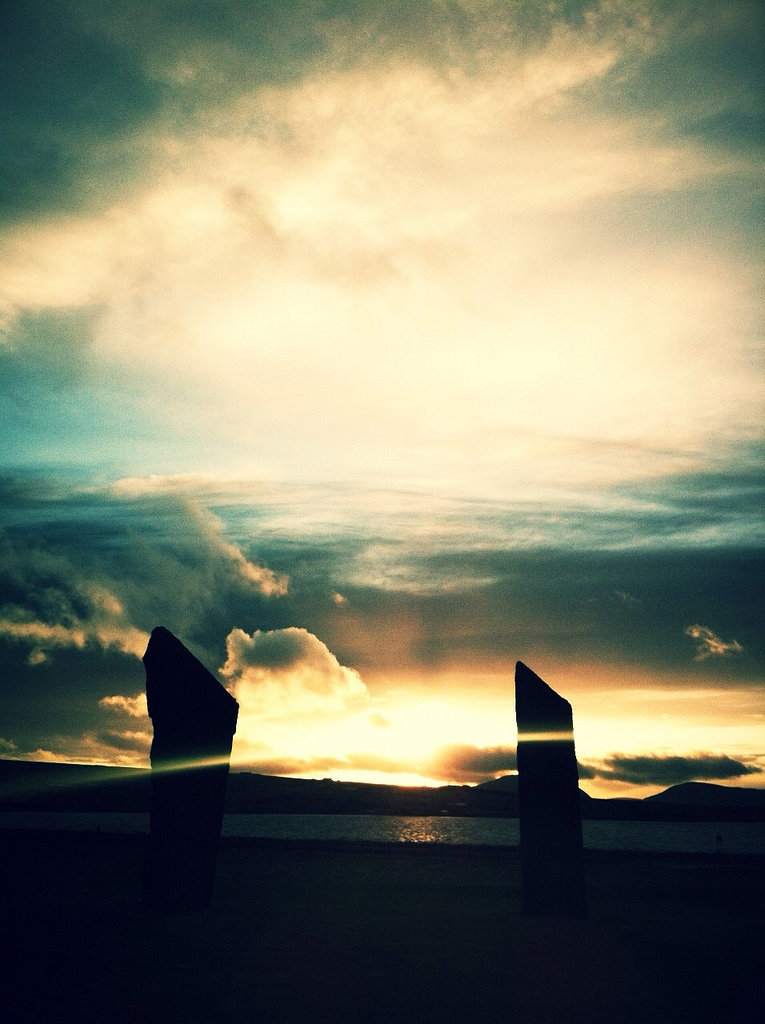 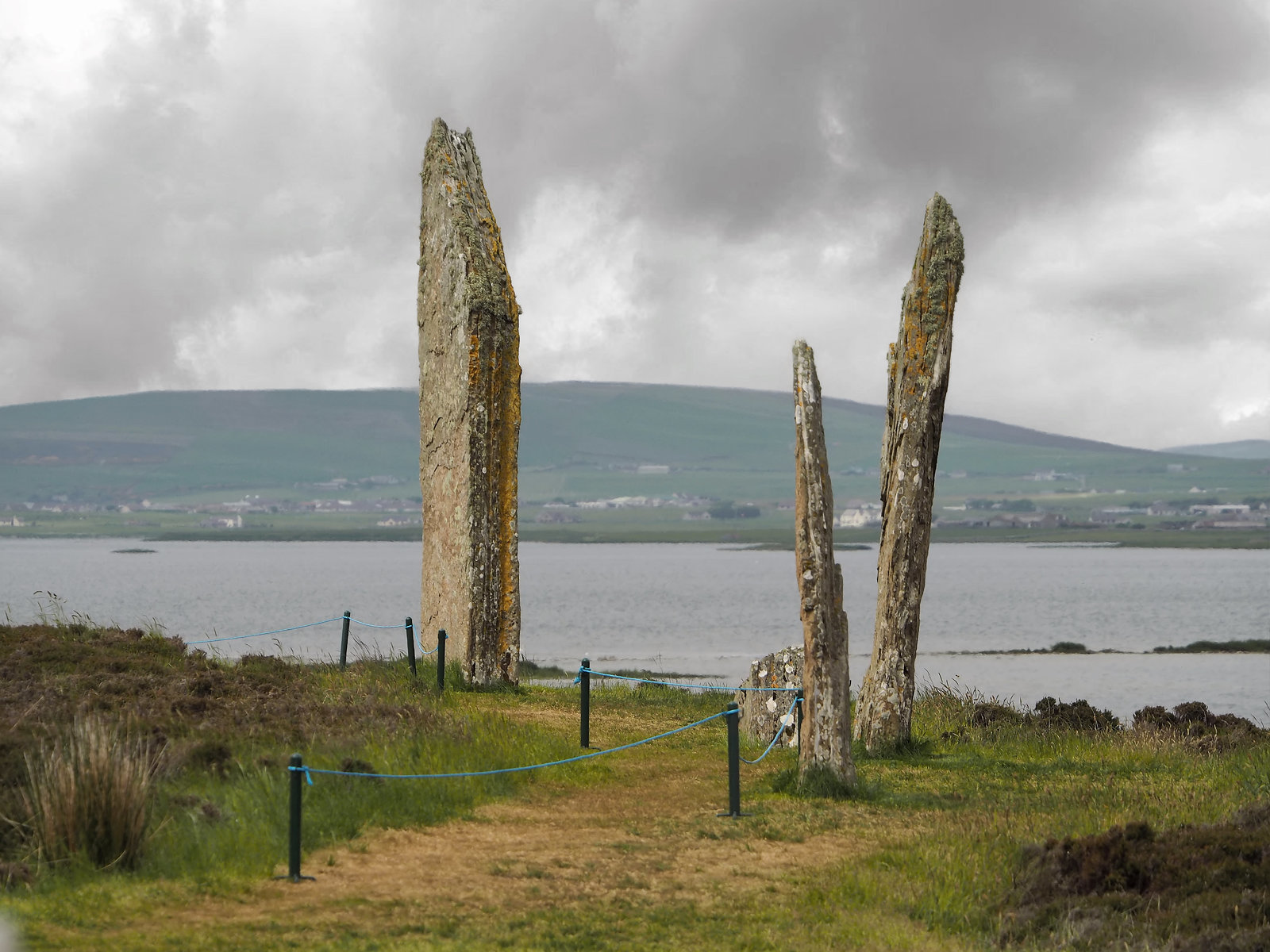 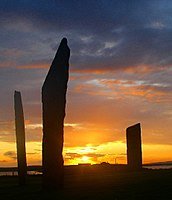 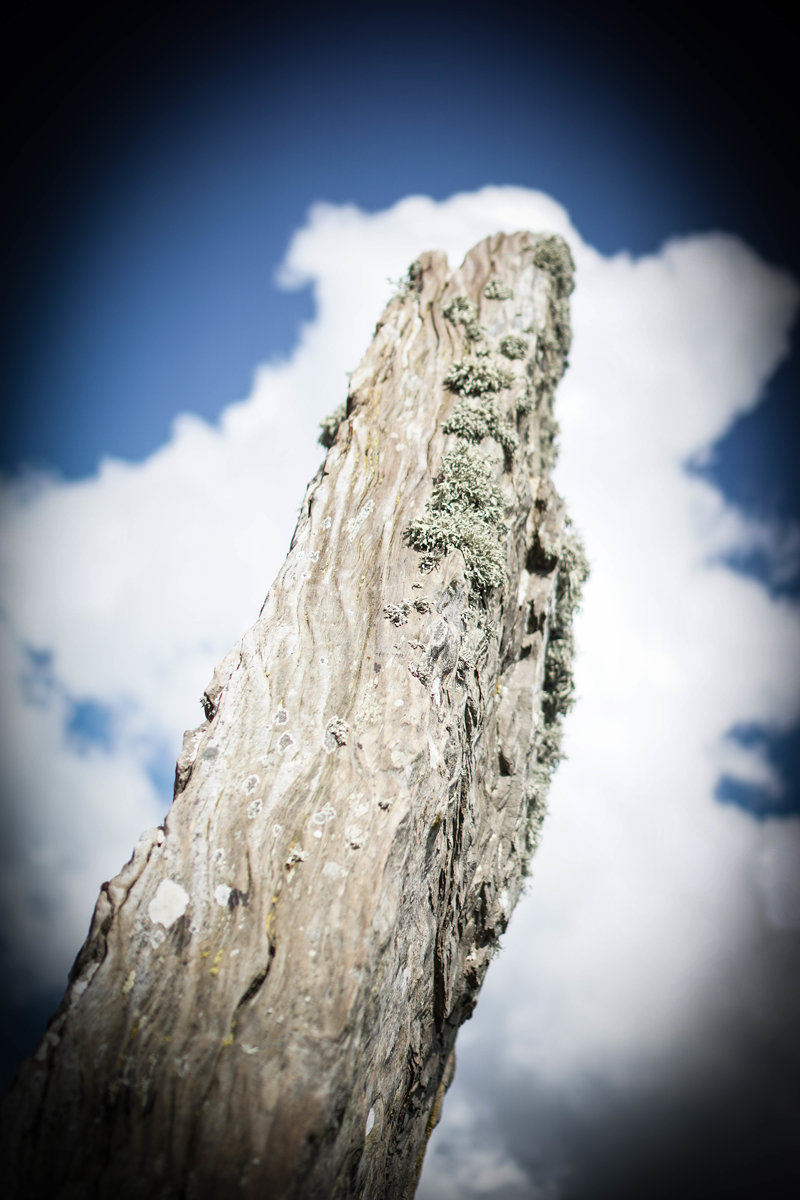 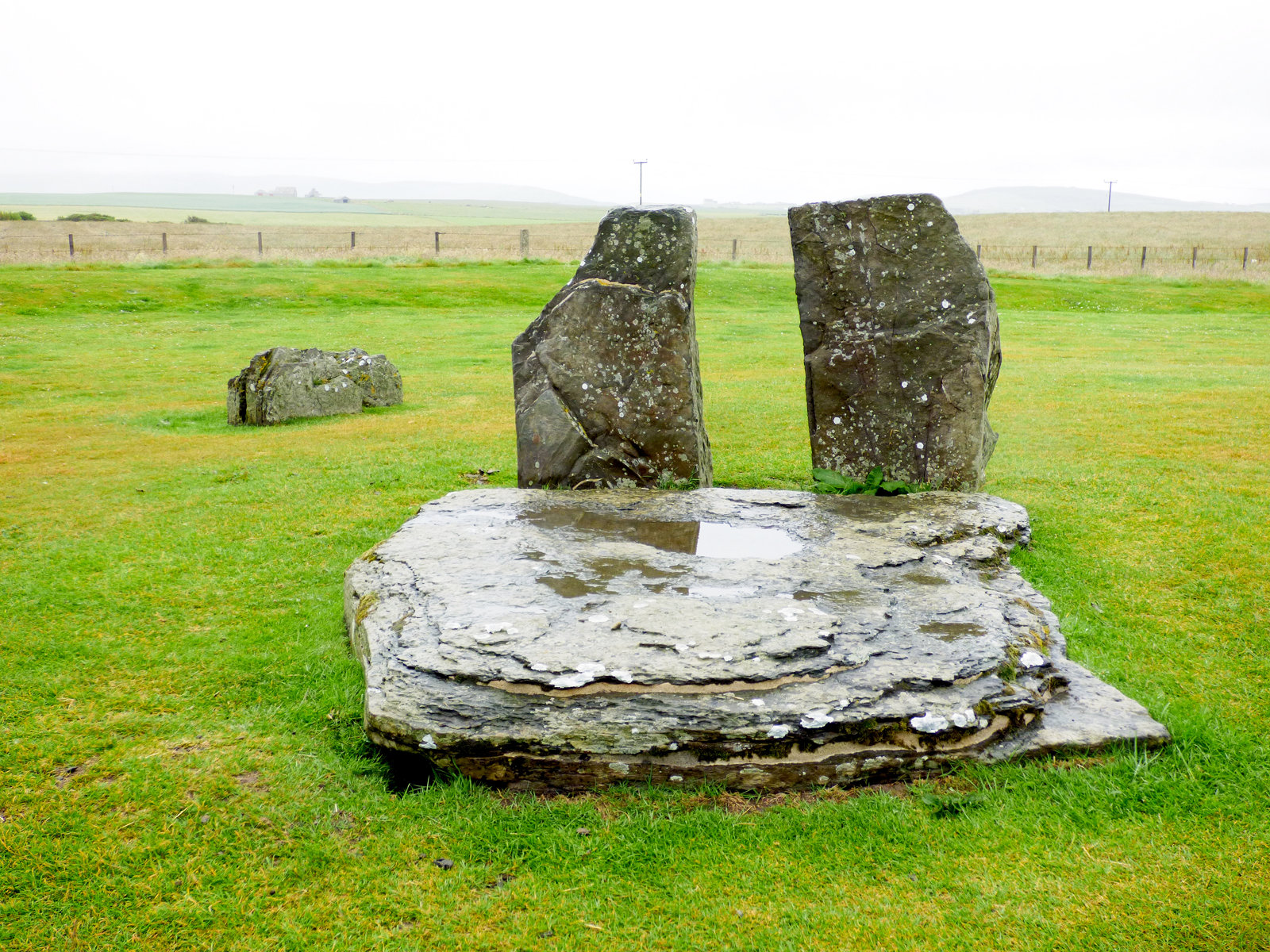 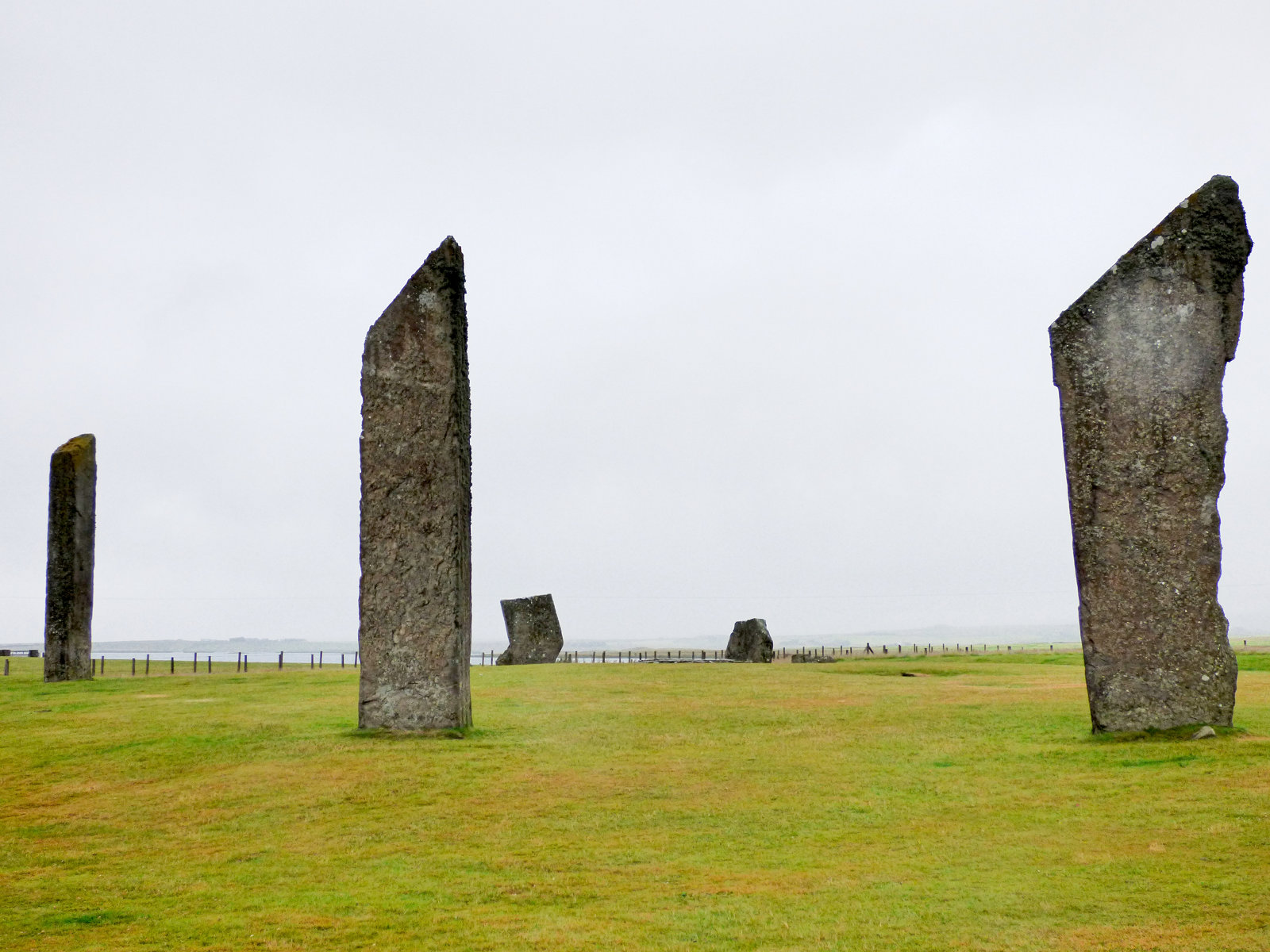 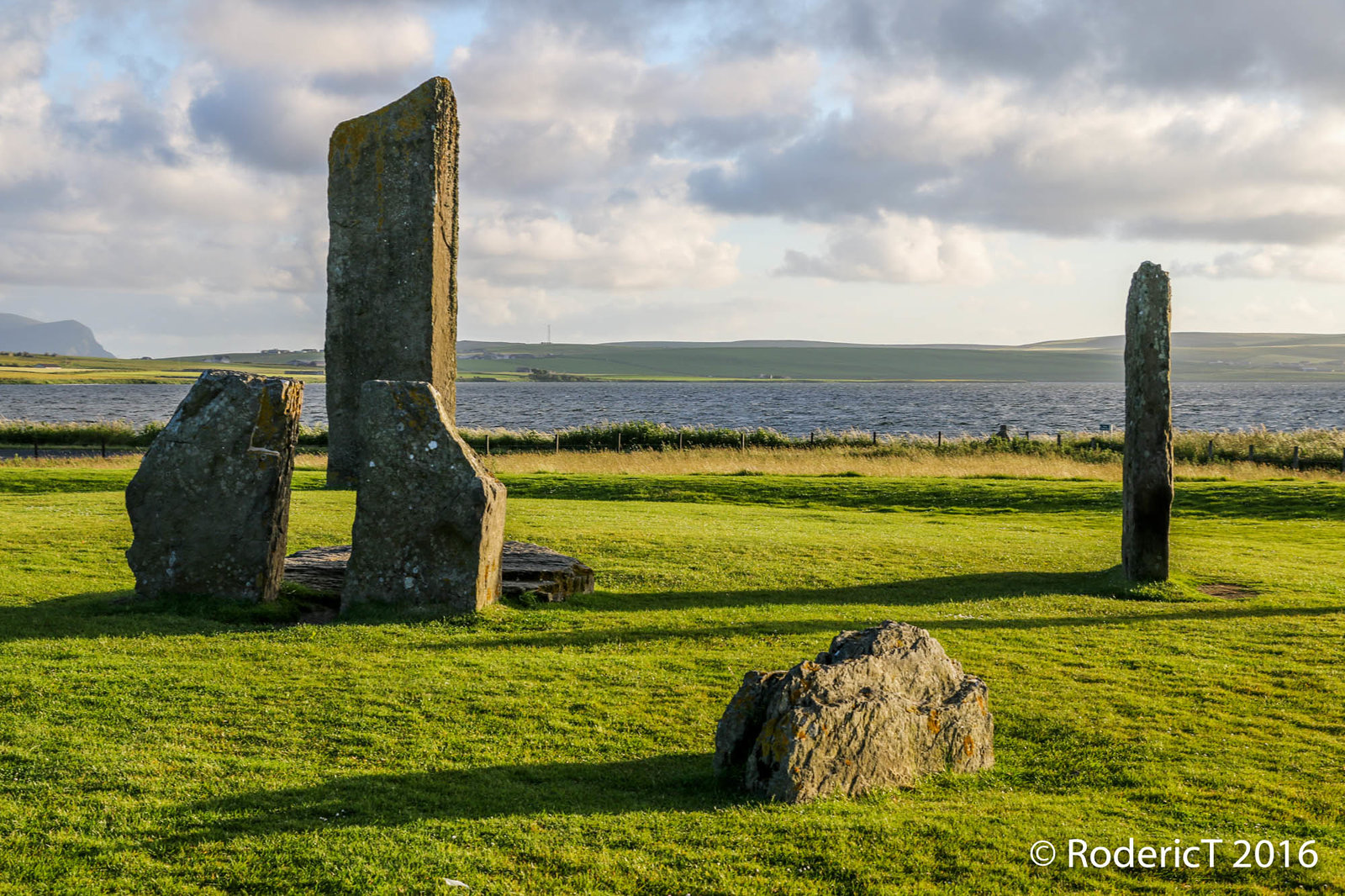 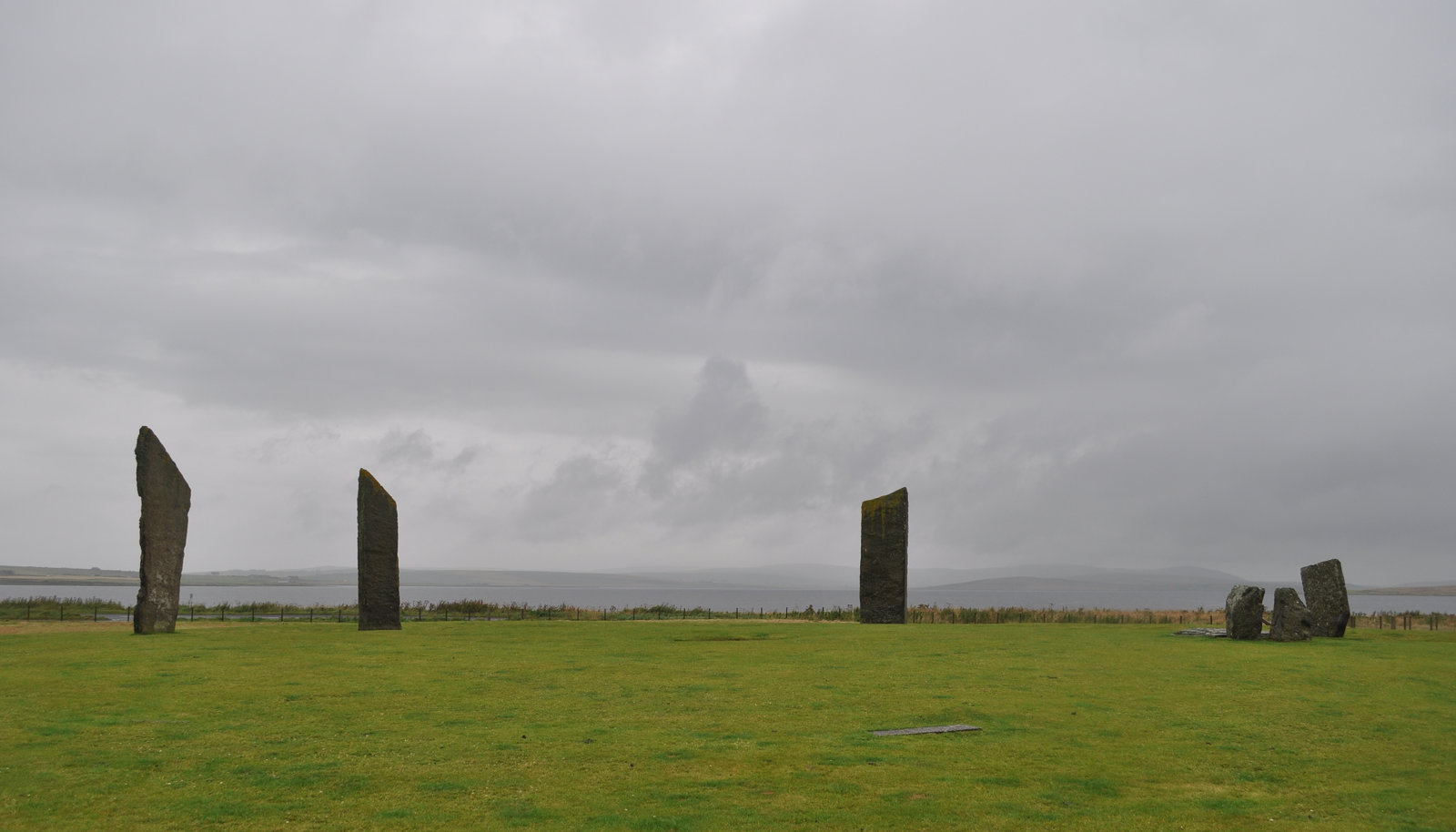 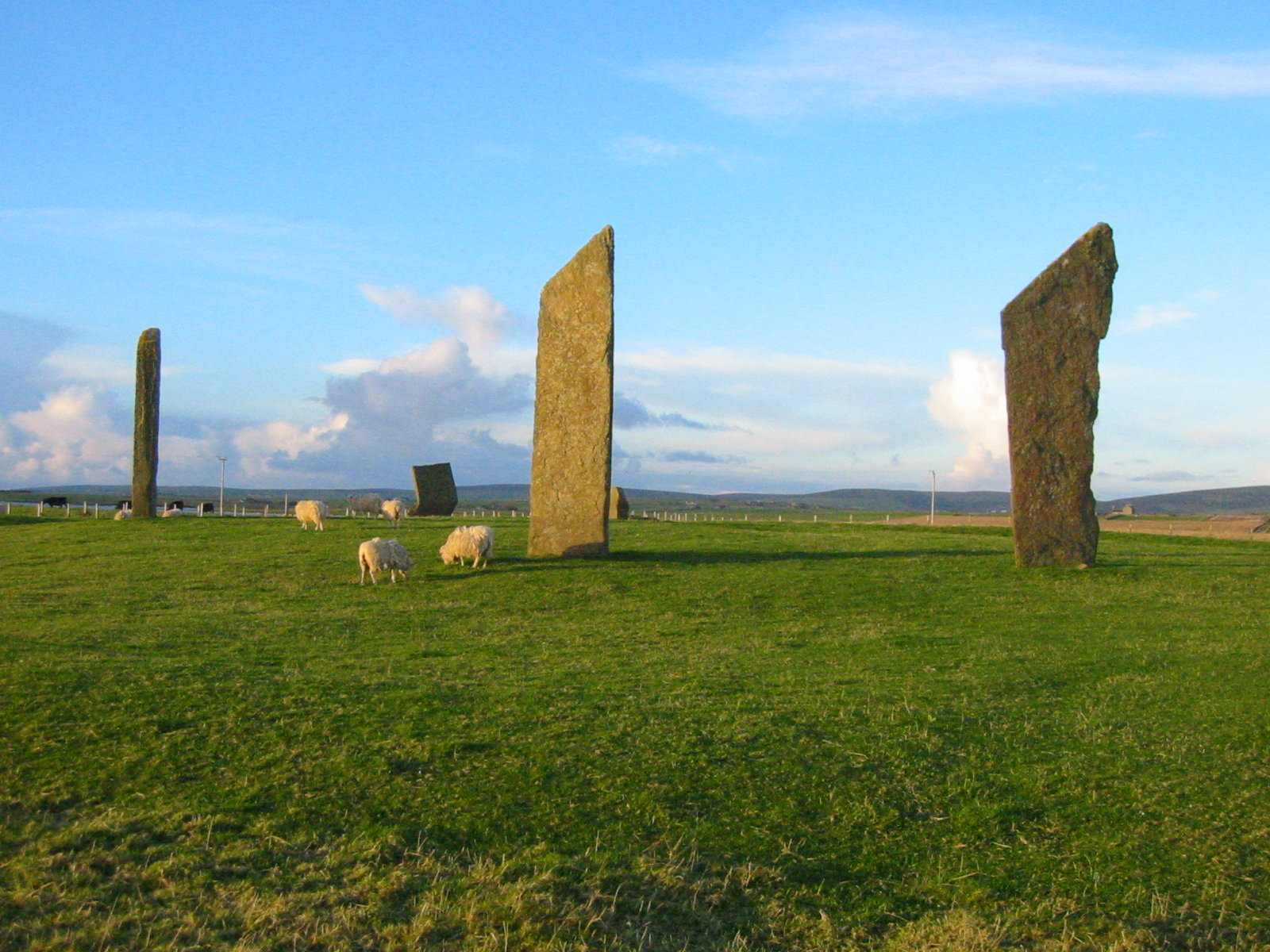