×
What are you looking for?
See all results
Theatres in Amsterdam 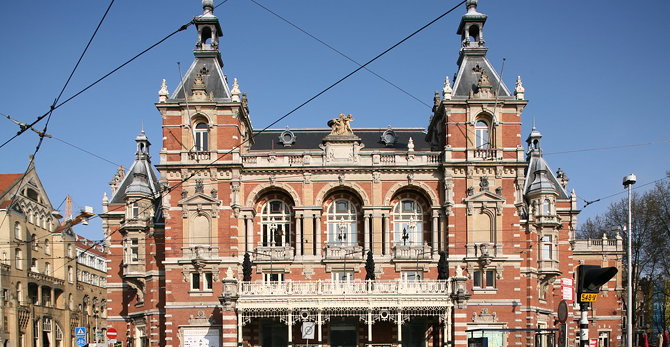 The Stadsschouwburg (Dutch - city theatre) of Amsterdam is the name held by the theatre building at the Leidseplein in Amsterdam in the Netherlands, and by its predecessors, all of which are lost and/or have burnt down.

The first rederijkers appeared at the end of the 15th century in Amsterdam. In the 16th century, these precursors of the modern theatre organized themselves into so-called rederijkerskamers, comparable to theater companies. At that time, there were as yet no permanent theater buildings in Amsterdam, and the shipping company cherries performed on temporary stages, from carts (during processions) or in public spaces. In Amsterdam arose the Rederijkerskamers "In Liefde Bloeyende" and "'t Wit Lavendel", with the latter also known as the "Brabantsche Kamer" since its members mainly from hailed from Brabant and the Flemish areas.

In 1617, the dramatists Samuel Coster and Bredero - along with their Rederijkerskamer "In Liefde Bloeyende" - founded the Duytsche Academy, an institution after the example of Italian academies, to popularize science through lectures in the national language. The Academy was established in a wooden building at Keizersgracht in Amsterdam, on the site of the modern hotel Blakes.

The first Schouwburg of Van Campen

In 1664 it was decided that the small theater of Van Campen had to be replaced by a larger theater building more in tune with the customs and Baroque architecture of the time. This new theater was twice as large as the old, and opened on 26 May 1665. Its first stone had been laid by the youngest daughter of the playwright Jan Vos.

The Amsterdam story writer Jan Wagenaar gives an ample description of this building, mentioning in particular the theatre machinery, through which men could fall through the air or disappear below the stage. Gerard de Lairesse helped decorate the interior.

This building was regularly extended and adapted but on 7 May 1772, the building caught fire during a performance, after a theatre servant gone had carelessly gone round the building with a naked candle from the stage lighting. The fire quickly burnt itself out, yet killed 18 people, destroyed 22 houses in the surroundings, and was so large that he it could be seen all the way from The Hague, Utrecht and on the island of Texel. The rubble became valuable due to the gold and the jewels in it, and the site was sold by its owners after the fire.

The city theatre moved to the Leidseplein and opened in 1774 or 1790 (with a wooden structure behind a stone facade) with a piece by August von Kotzebue. This burnt down in 1892.

The present theater on the Leidseplein (1894-today)

The present theatre replaced its burned-down predecessor. It was built between 1892 and 1894 to a design of Jan L. Springer (1850–1915), with the cooperation of his father J. B. Springer and Adolf Leonard van Gendt.[]

From the end Second World War, until the opening of the Stopera in 1986, The Netherlands Opera was based in the Stadsschouwburg.

Whenever AFC Ajax has a major win, they often go to the steps of the cities theater to be publicly applauded. The normal programme of events encompasses all sorts of theatrical forms, mostly by Dutch writers.

I amsterdam
the tours of the theatre offer a great opportunity to take a peek behind the scenes!

The Leidseplein is a square in central Amsterdam, Netherlands. Lying

The Melkweg (English translation: 'Milky Way') is a popular music

De Balie is a theatre and a centre for politics, culture and media,

The Bijbels Museum ('Biblical Museum') is a museum on the Herengracht

De Krijtberg is a Roman Catholic church in Amsterdam, located at the 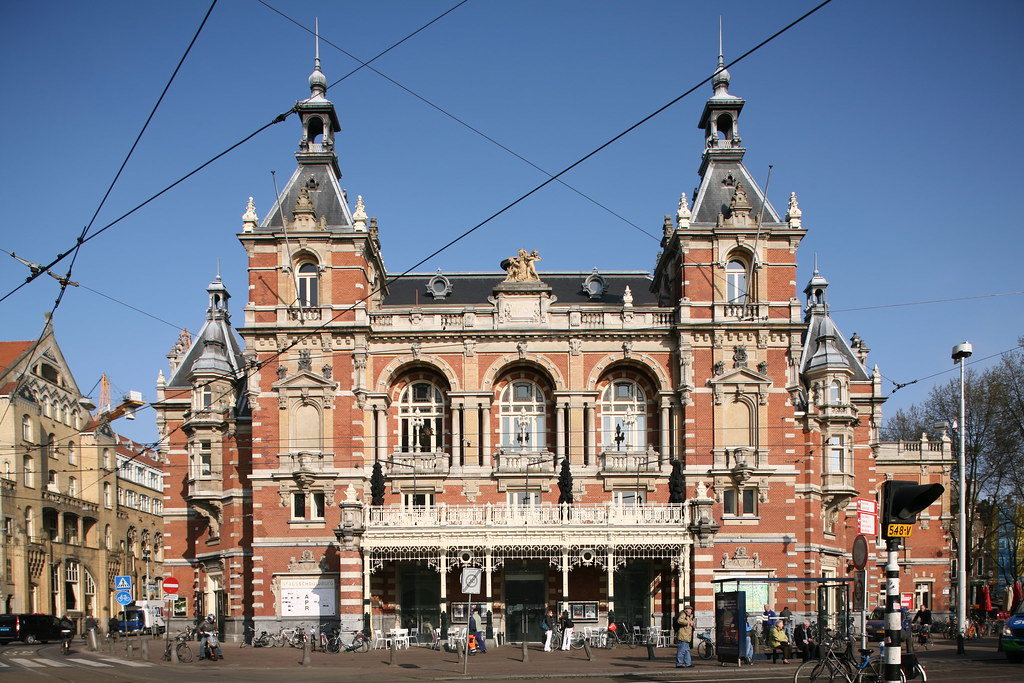