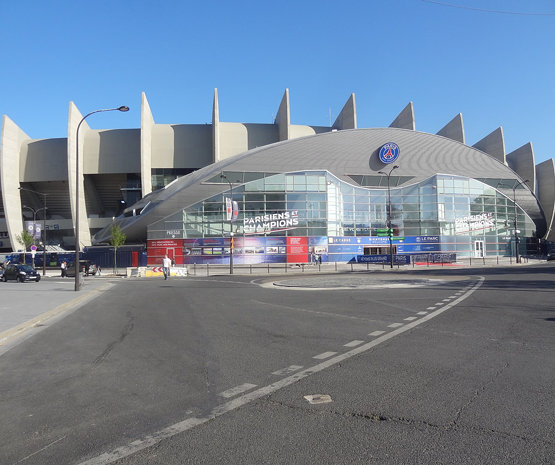 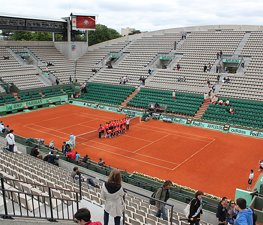 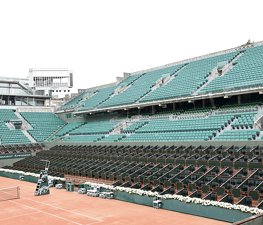 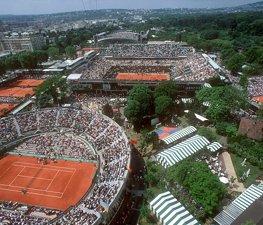 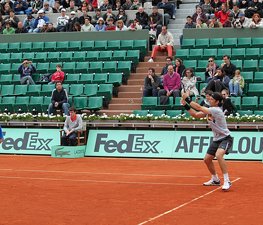 Le Stade de Roland Garros ("Roland Garros Stadium") is a tennis venue located in Paris, France. It hosts the French Open tennis tournament (known as the Roland Garros Tournament within France), a Grand Slam event played annually in May and June. The facility was constructed in 1928 to host France's first defense of the Davis Cup. It is named for Roland Garros, a pioneer aviator (completed the first solo flight across the Mediterranean Sea), engineer (inventor of the first forward-firing aircraft machine gun), and World War I hero (the first pilot to shoot down five enemy aircraft, and to be called an "ace" for doing so), who was killed in aerial combat in 1918.

While the Roland Garros surface is invariably characterized as "red clay", the courts are in fact surfaced with white limestone, frosted with a few millimeters of powdered red brick dust. Beneath the 3-inch-thick layer of porous limestone is 6 inches of volcanic rock, followed by a Шаблон:Convert layer of sand, all of which rests on a slab of concrete. Crushed brick is pressed onto the limestone surface with rollers, then drenched in water. The process is repeated several times until a thin, compact layer coats each court. The red brick dust is replaced as needed (daily, during major tournaments). In a tournament situation, before matches and between sets, workers smooth the surface by dragging rectangular lengths of chain-link across it. The crushed brick is deep enough to allow footprints and ball marks, but shallow enough to avoid making the court spongy or slippery.

The surface was a state-of-the art solution, in 1928, to the biggest problem with natural clay courts: poor drainage. At the time, it was not unusual for clay surfaces to be unplayable for two to three days after even short periods of precipitation. The limestone/crushed brick combination, originally developed in Britain, played and looked similar to clay without clay's drainage issues, thus rendering natural clay obsolete as a tennis court surface. Since then, a multitude of other "fast-dry" and synthetic clay surfaces have been developed. Courts surfaced with these materials play much like natural clay surfaces and are collectively classified as "clay courts", despite the fact that few if any true clay courts have been built for almost a century. The diversity in composition of various "clay" surfaces around the world explains the extraordinary variability in their playing characteristics.

“All clay courts are different,” Venus Williams has said. “None play the same. [Roland Garros] plays the best.”

Court Philippe Chatrier was built in 1928 as Roland Garros's centerpiece and remains its principal venue, seating 14,840 spectators (reduced from 15,166 in 2010 to accommodate new press boxes). The stadium was known simply as "Court Central" until 1998, when it was renamed for the long-time president of the Fédération Française de Tennis (FFT) who helped restore tennis as a Summer Olympics sport in 1988. The four main spectator grandstands are named for les Quatre Mousquetaires ("Four Musketeers") – Jacques "Toto" Brugnon, Jean Borotra (the "Bouncing Basque"), Henri Cochet (the "Magician"), and René Lacoste (the "Crocodile") – who dominated men's tennis in the 1920s and '30s.

When France won the Davis Cup in 1927, due largely to the Musketeers' efforts, Roland Garros was constructed as a venue for its successful defense the following year. France retained the Cup until 1933, again largely because of the Musketeers. A monument to France's six Cup championships stands at the center of Place des Mousquetaires, the circular courtyard between Court Chatrier and Court 1. (As a further tribute, the trophy awarded each year to the men's singles French Open champion is known as La Coupe des Mousquetaires.)

Originally designated "Court A", Court Suzanne Lenglen, the secondary stadium with a capacity of 10,068 spectators, was built in 1994. Its namesake, an international celebrity and the first true star of women's tennis, won 31 major tournaments, including six French Open titles and six Wimbledon championships, between 1914 and 1926. Known as La Divine ("Divine One") and La Grand Dame ("Great Lady") of French tennis, she also won two Olympic gold medals in Antwerp in 1920. A bronze bas relief of Lenglen by the Italian sculptor Vito Tongiani stands over the east tunnel-entrance to the stadium. The trophy awarded each year to the French Open women's singles champion is named La Coupe Suzanne Lenglen in her honor.

The court has an underground irrigation system, the first of its kind, to control moisture levels within its surface.

In 1994 the walkway between Court Chatrier and Court Lenglen was named Allée Marcel Bernard, in honor of the 1940s-era French champion who died that year.

Nicknamed the "Bullring" because of its circular shape, Court 1 is the facility's tertiary venue. Its architect, Jean Lovera, a former French junior champion, designed the 3,800-seat structure as a deliberate contrast to the adjacent, exceedingly geometric Court Philippe Chatrier. Built in 1980, the Bullring is a favorite among serious tennis fans because of its relatively small size and feeling of close proximity to the action. An unusual design feature is its press seating, in the first row at court level behind the south baseline. Court 1 has been the scene of some stunning French Open upsets, such as unseeded Gustavo Kuerten's 3rd-round victory over Thomas Muster in 1997, on his way to his first of three Open titles; and Gabriela Sabatini's defeat – after a 6–1, 5–1 lead and five match points – to Mary Joe Fernandez in the 1993 quarterfinals. It was also the site of Marat Safin's famous "dropped pants" match against Felix Mantilla in 2004.

Known officially as the Museum of the French Federation of Tennis, the Tenniseum was designed by the French architect Bruno Moinard and opened in May, 2003. It is housed in a former groundsman's cottage, and comprises a multimedia center, media library, and permanent and temporary exhibits dedicated to the history of tennis in general, and the French Open in particular. Permanent exhibits include La Coupe des Mousquetaires and other French Open perpetual trophies, a narrative and photographic history of Roland Garros, displays documenting the evolution of tennis attire through the years, a comprehensive collection of tennis racquets dating back to the mid-19th century, and a large exhibition of tennis-related photographs and paintings. The media library houses a diverse collection of documents, posters, books, and magazines, as well as a database of tennis information, statistics, trivia, and match summaries of all French Open tournament matches since 1928. The bilingual (French/English) multimedia center contains over 4,000 hours of digitized video, including film archives dating from 1897 to the present, documentaries, and interviews with many of the sport's legendary players. Tours are conducted daily. (Two per day, at 11:00am and 3:00pm, are in English.) During the French Open the normal entry fee is waived for tournament ticket-holders.

In 2009 the FFT announced that it had commissioned the French architect Marc Mimram (designer of the Passerelle des Deux Rives footbridge across the Rhine River in Strasbourg) to design a significant expansion of Roland Garros. On the current property, the proposal calls for the addition of lights and a roof over Court Philippe Chatrier. At the nearby Georges Hébert municipal recreation area, east of Roland Garros at Porte d'Auteuil, a fourth stadium will be built, with a retractable roof and 14,600 seating capacity, along with two smaller courts with seating for 1,500 and 750. Additional space may be available at Stade Jean Bouin, where Stade Francais rugby club played its home games until the stadium was demolished in 2009.

In 2010, faced with opposition to the proposed expansion from factions within the Paris City Council, the FFT announced it was considering an alternate plan to move the French Open to a completely new, 55-court venue outside of Paris city limits. Three sites reportedly being considered were Marne-le-Vallée (site of the Euro Disney resort), the northern Paris suburb of Gonesse, and a vacant army base near Versailles. Amid charges of bluffing and brinkmanship, a spokesman explained that Roland Garros is less than half the size of other Grand Slam venues, leaving the FFT with only two viable options: expansion of the existing facility or relocation of the event.

In February 2011, the FFT voted to keep the French Open at the Roland Garros venue, citing the prohibitive expense (USD $630 million to $1 billion) of building from scratch at Versailles, Gonesse, or Marne-le-Vallée, versus a projected $370 million to expand the existing facility. Local residents, wildlife enthusiasts and municipal authorities continue to voice opposition to the expansion plan, which would increase the Roland Garros grounds from 21 acres (8.5 hectares) to about 33.8 acres (13.5 hectares).

A special Roland Garros taxi stand operates in May and June during the French Open on the southeast corner of the venue grounds, at the corner of Robert Schuman Avenue and Auteuil Boulevard.

Jeremy Krantz
Do yourself a favor and get tickets to attend a game or two of the French Open known as Rolland Garros. It's an amazing tournament and a ton of fun to watch.

Melforss
The atmosphere at Roland Garros is something to experience at least once. 24hs before you can buy evening tickets for 12€ and get to see amazing games with a ridiculous price

Addie Politi
Amazing!! Stayed there for hours bring hat and sun screen. on ticket you have in the left bottom corner a letter, that letter is for a gate.Go to that gate!They don't let you in if not at right gate!

Steffen Hannover
Watch an amazing video animation of the new stadium on dailymotion.com by following the attached link here under ("read more")!

The Château de Saint-Cloud was a royal Palace in France, built on a

Circuit Park Zandvoort is a motorsport race track located in 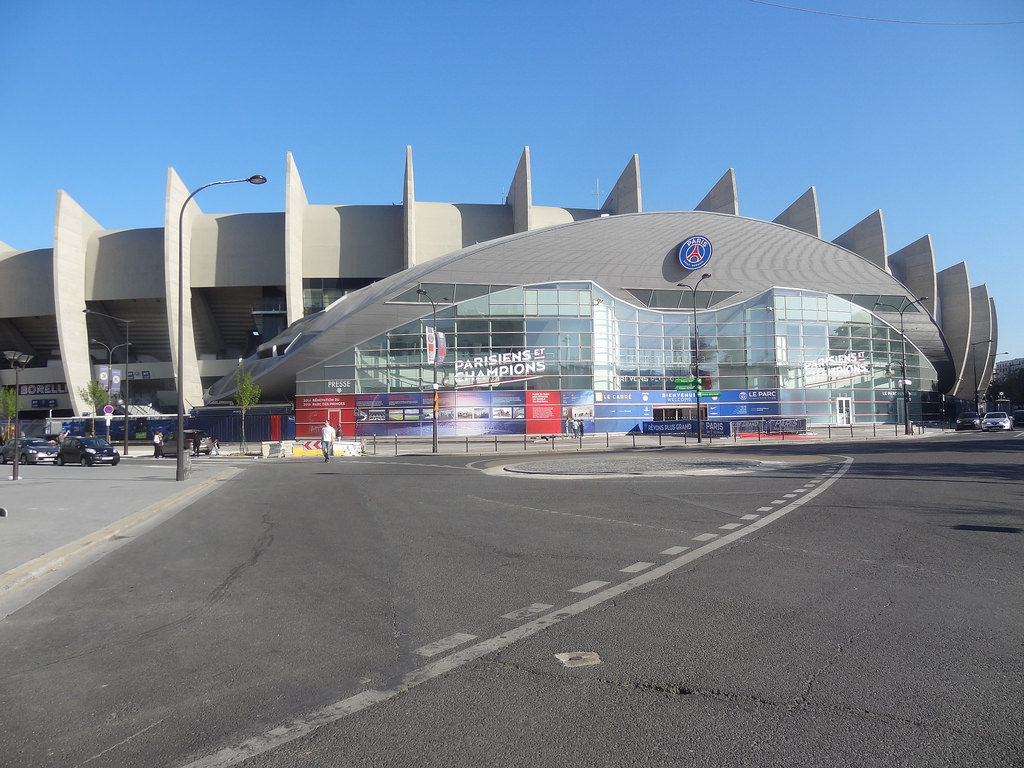 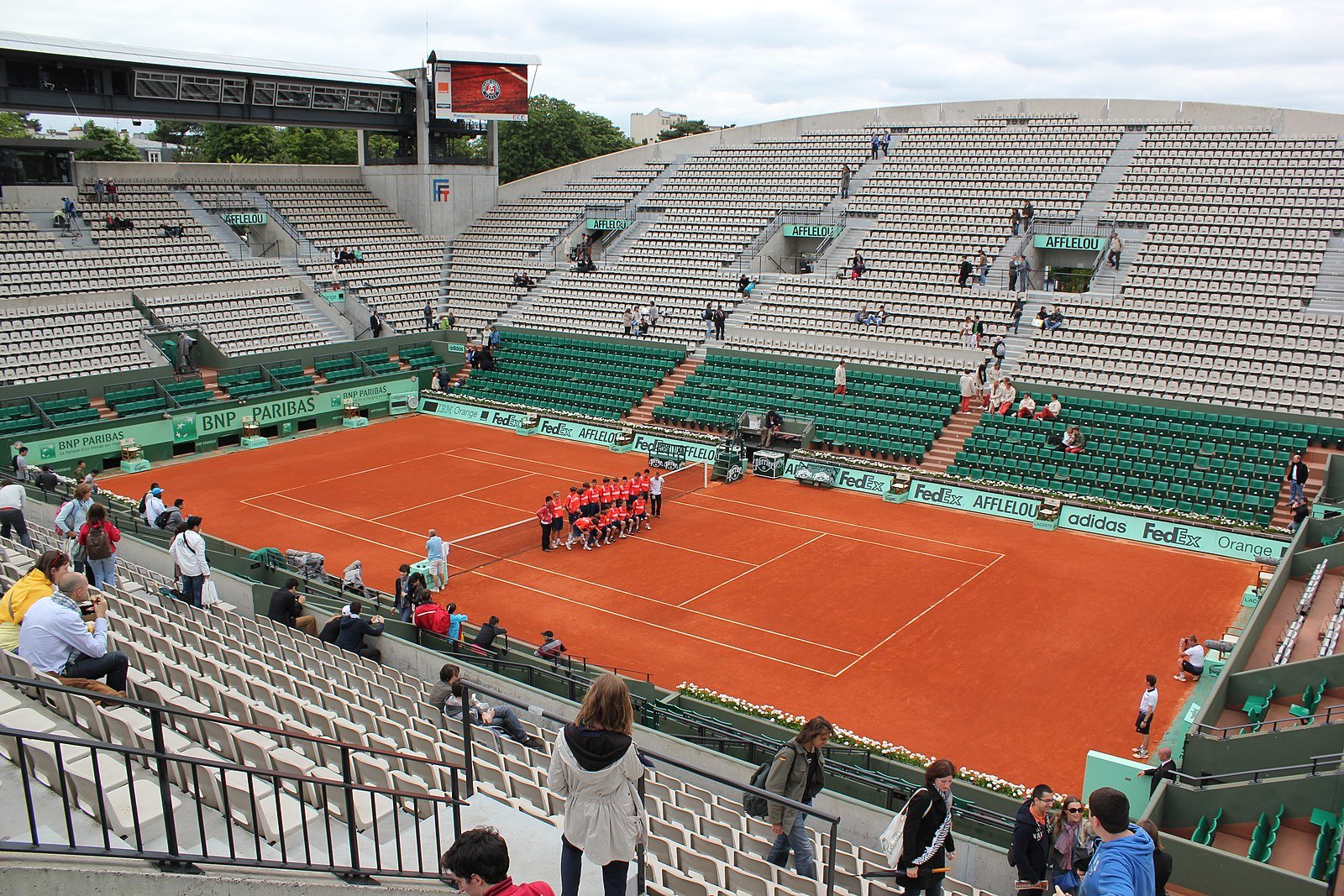 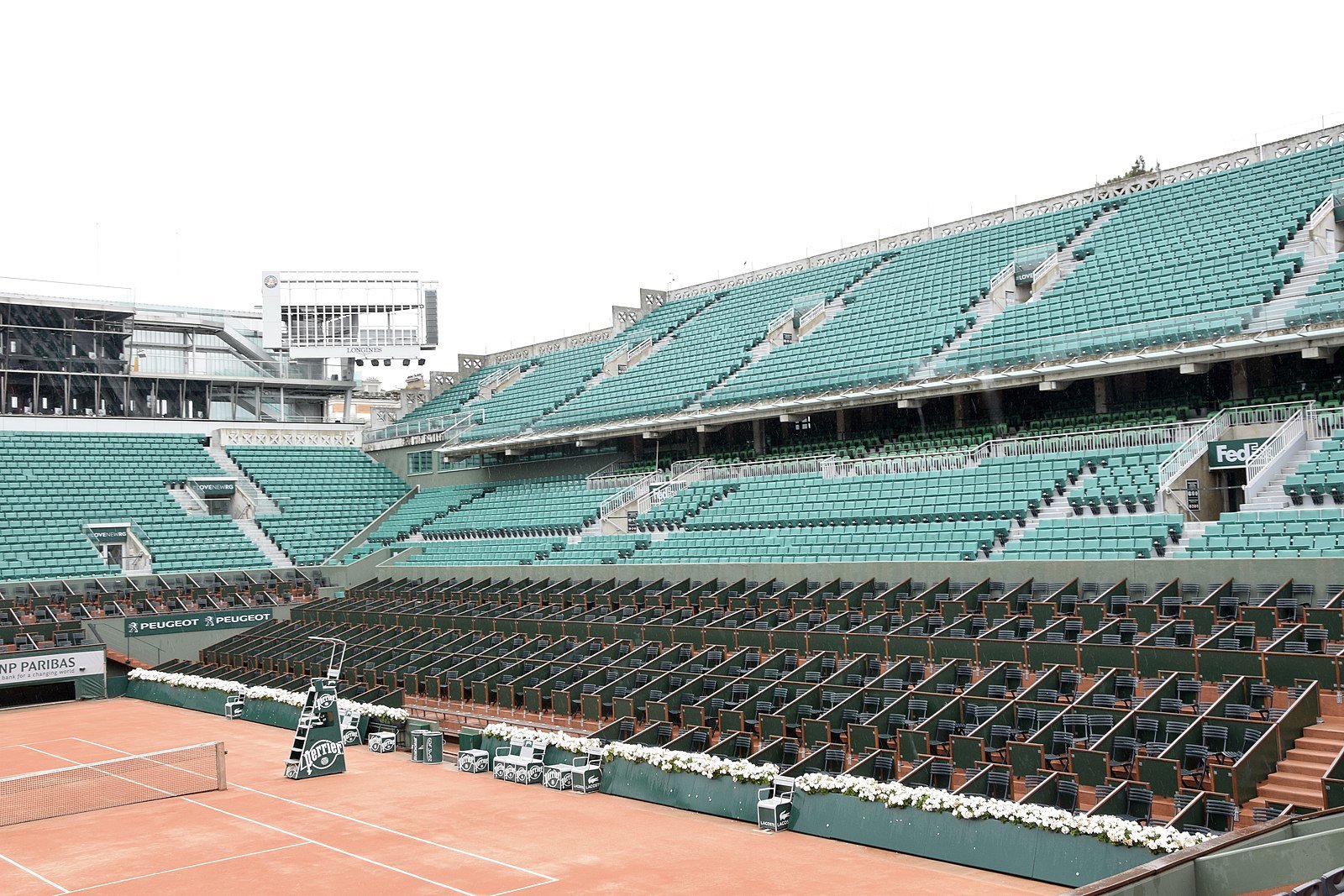 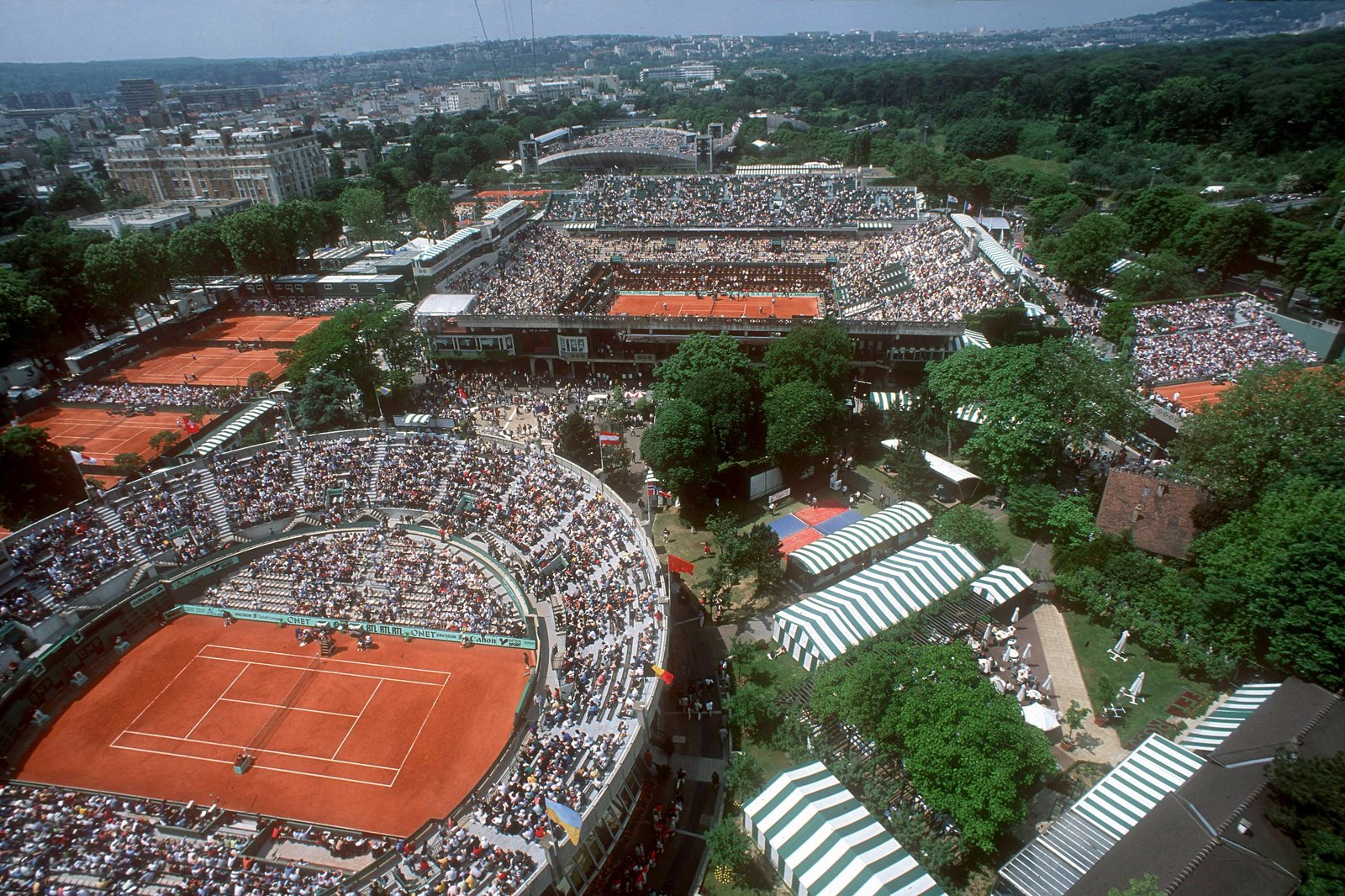 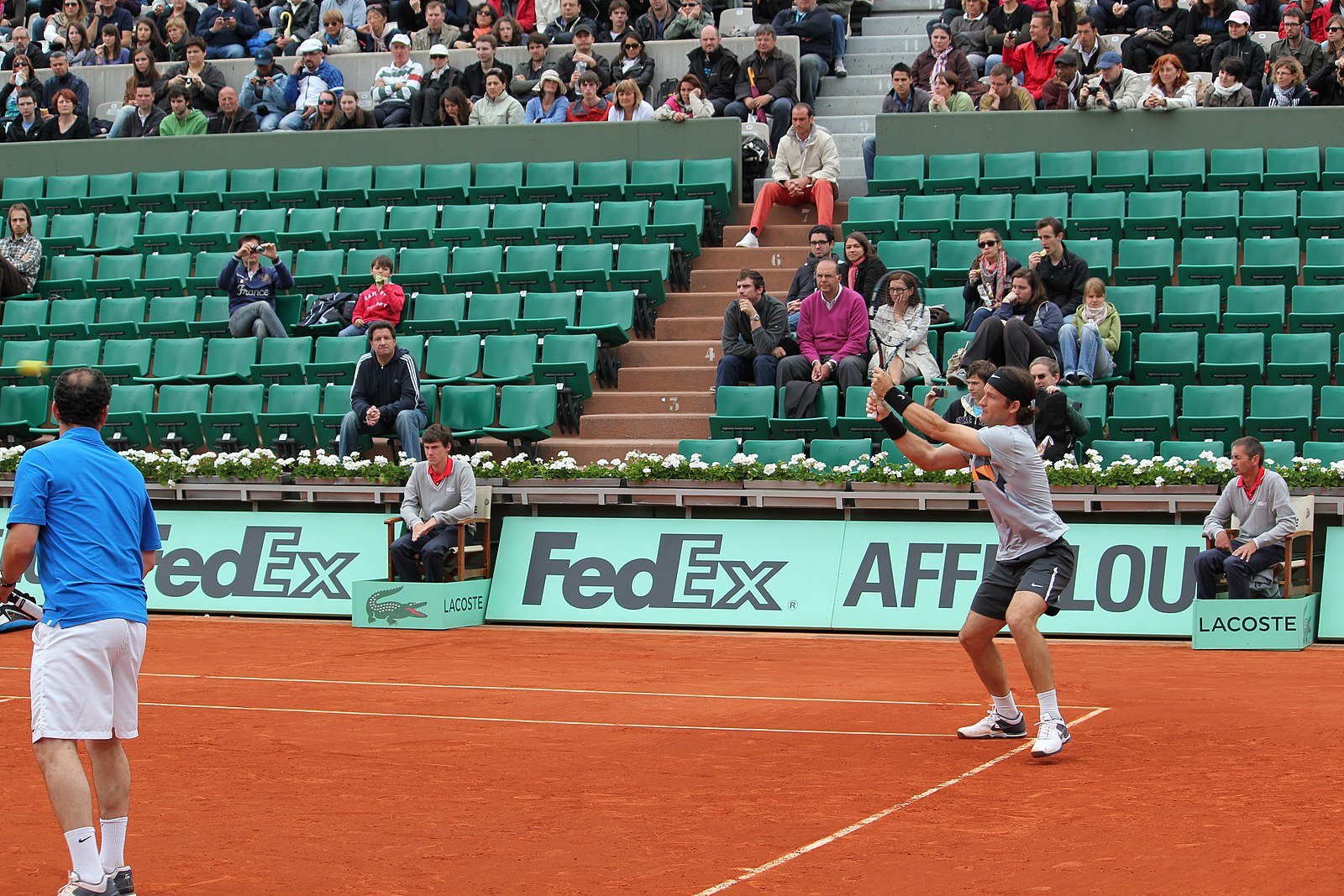 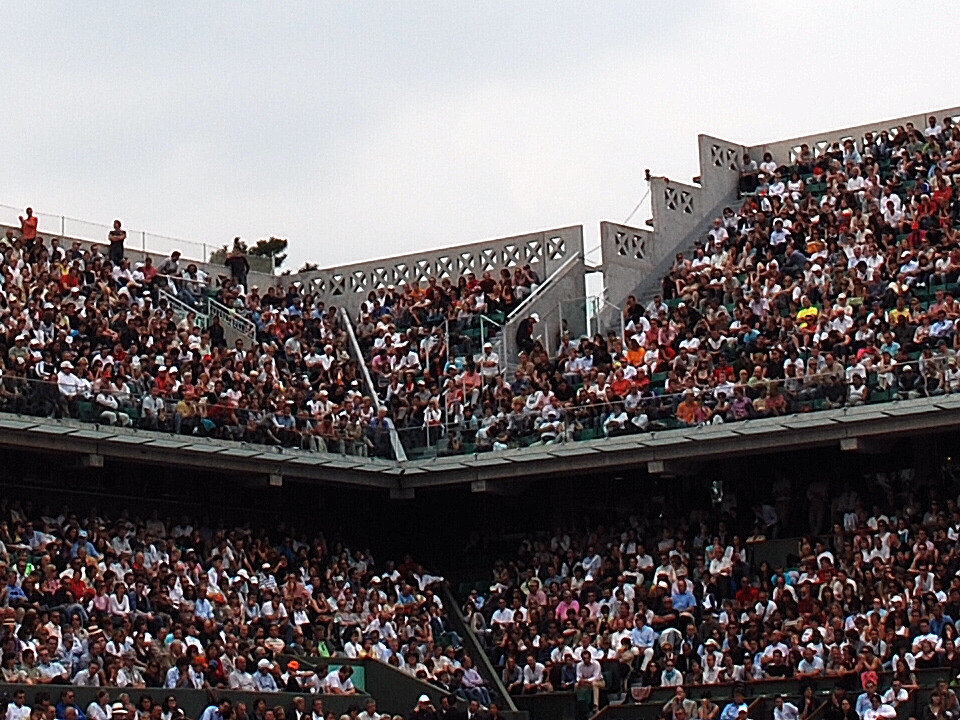 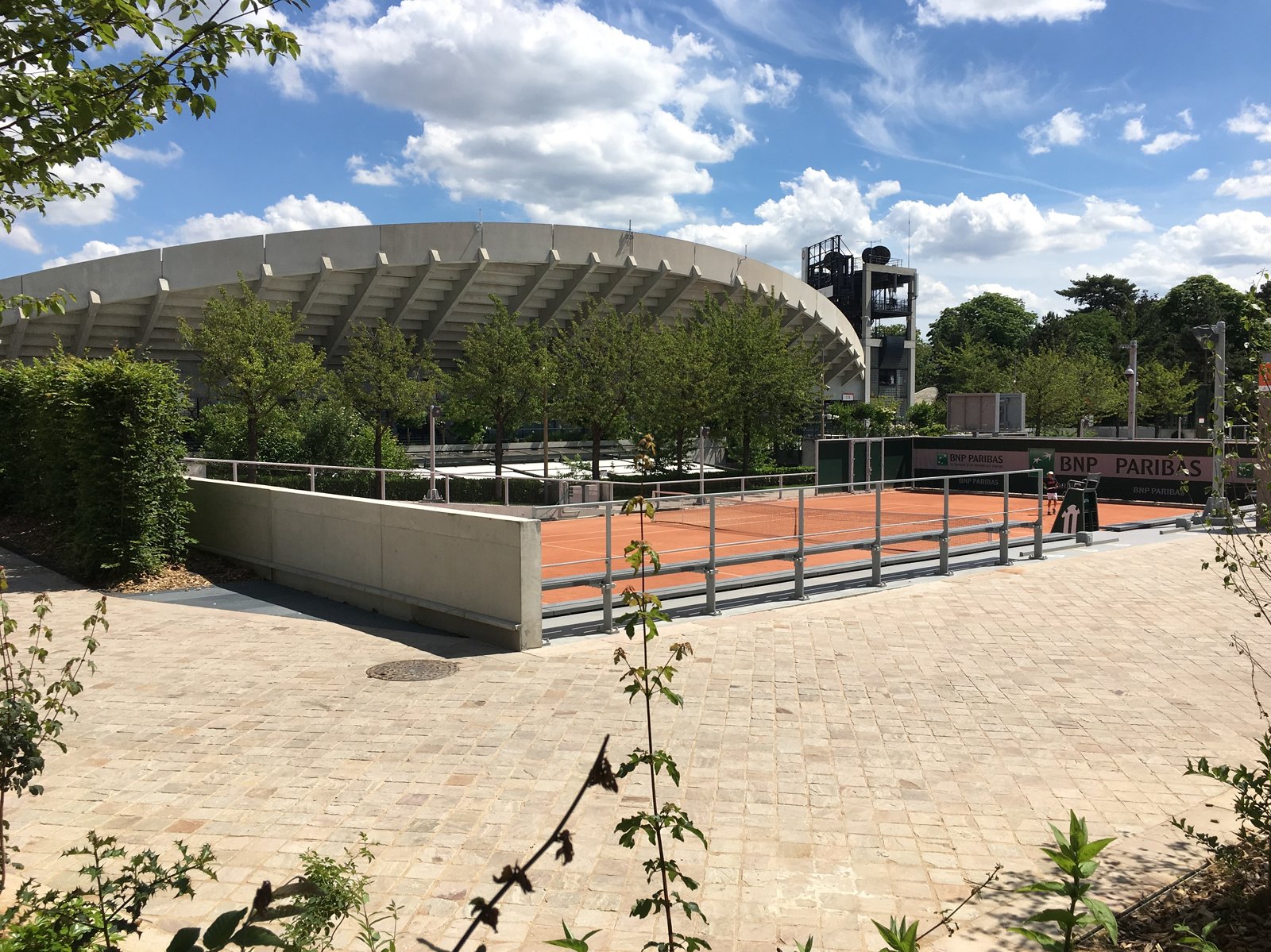 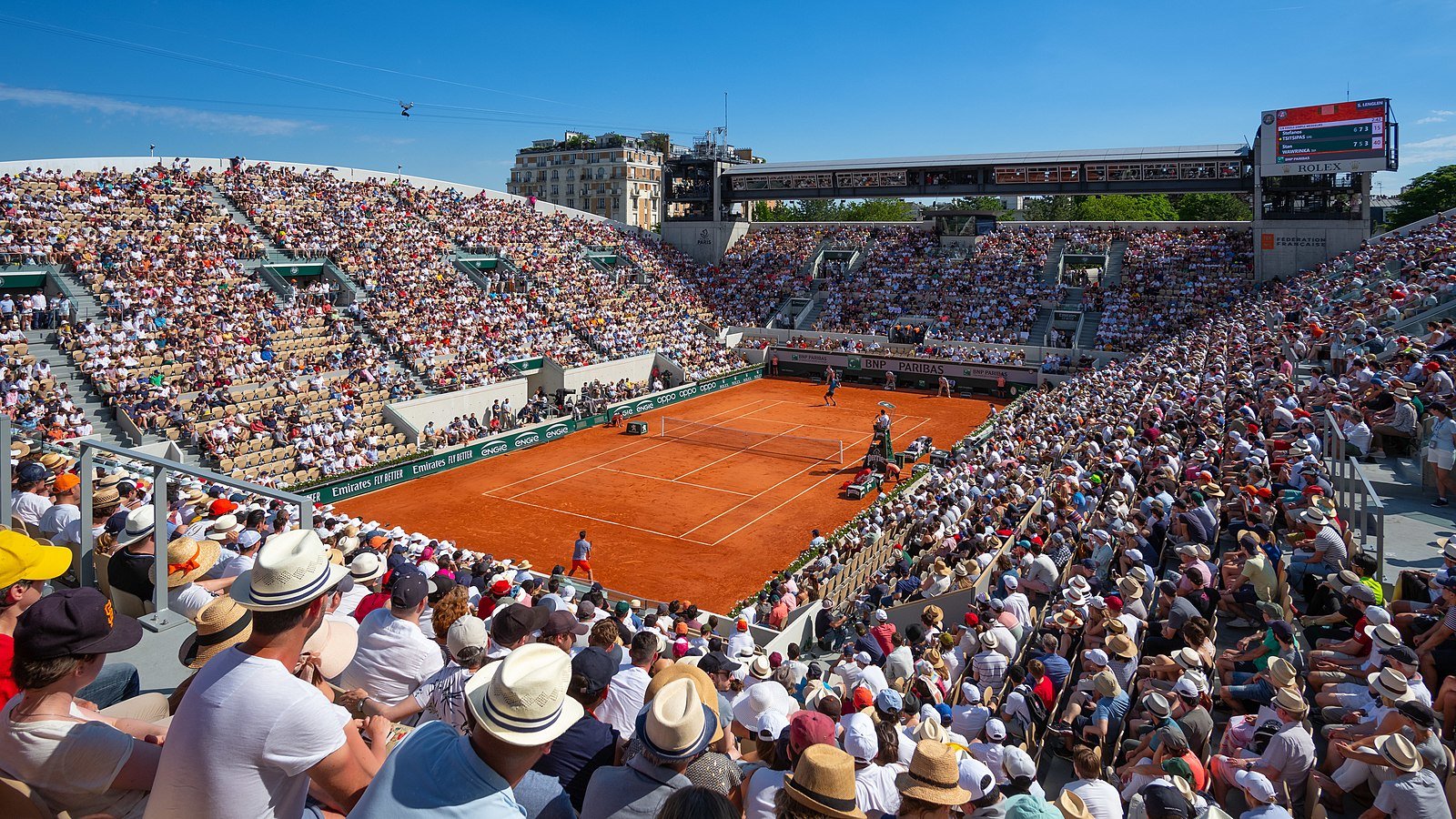 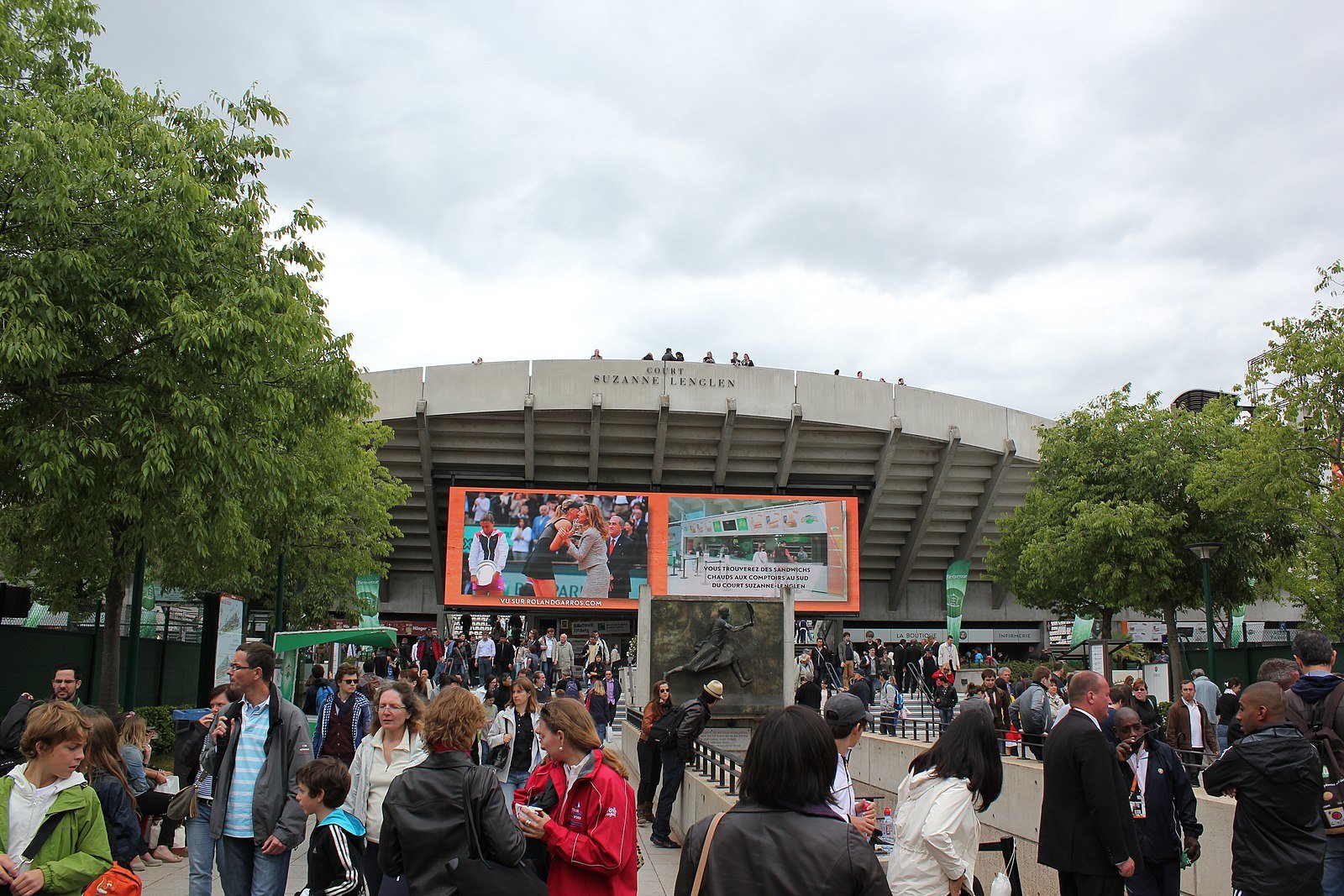 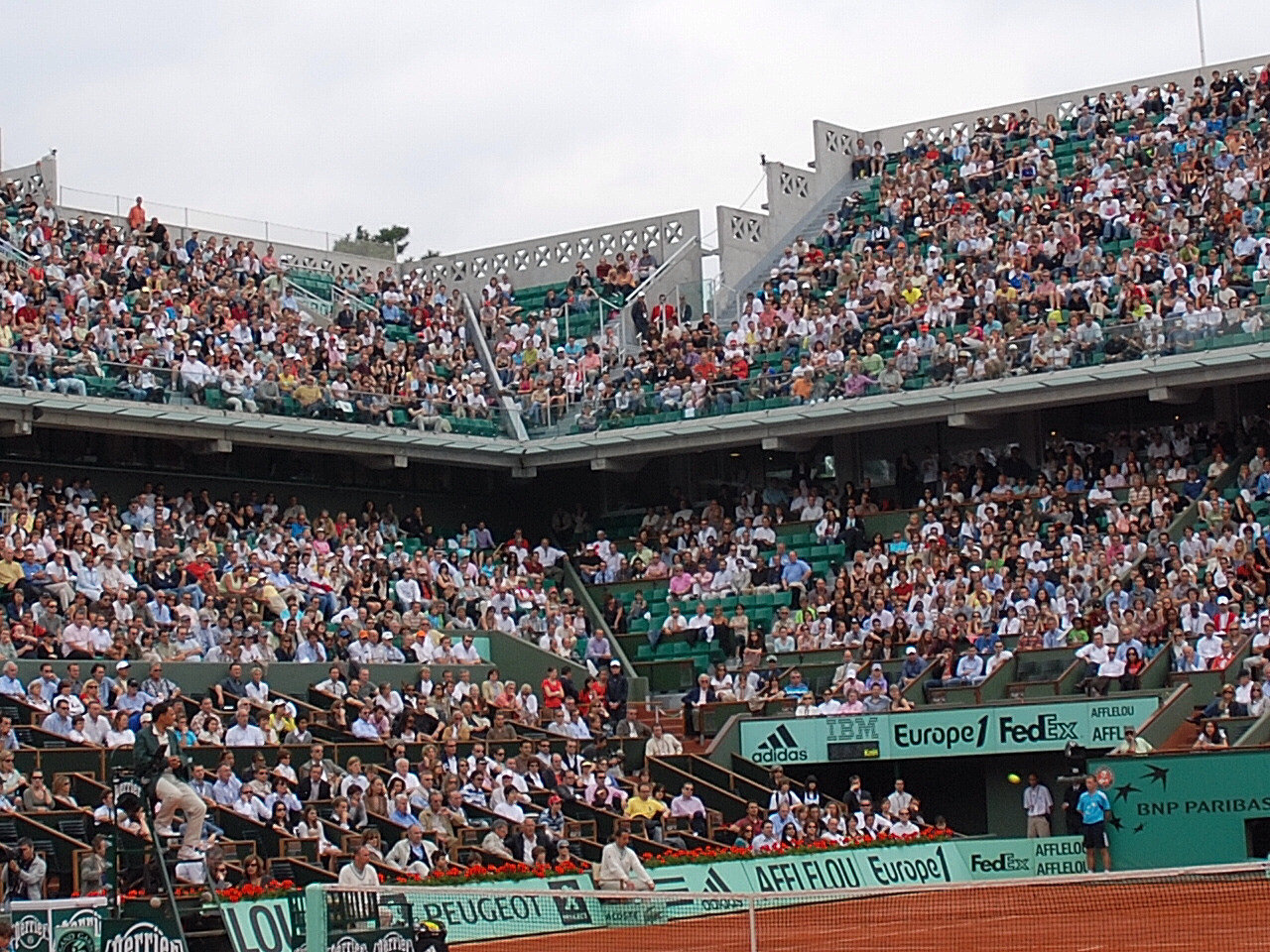 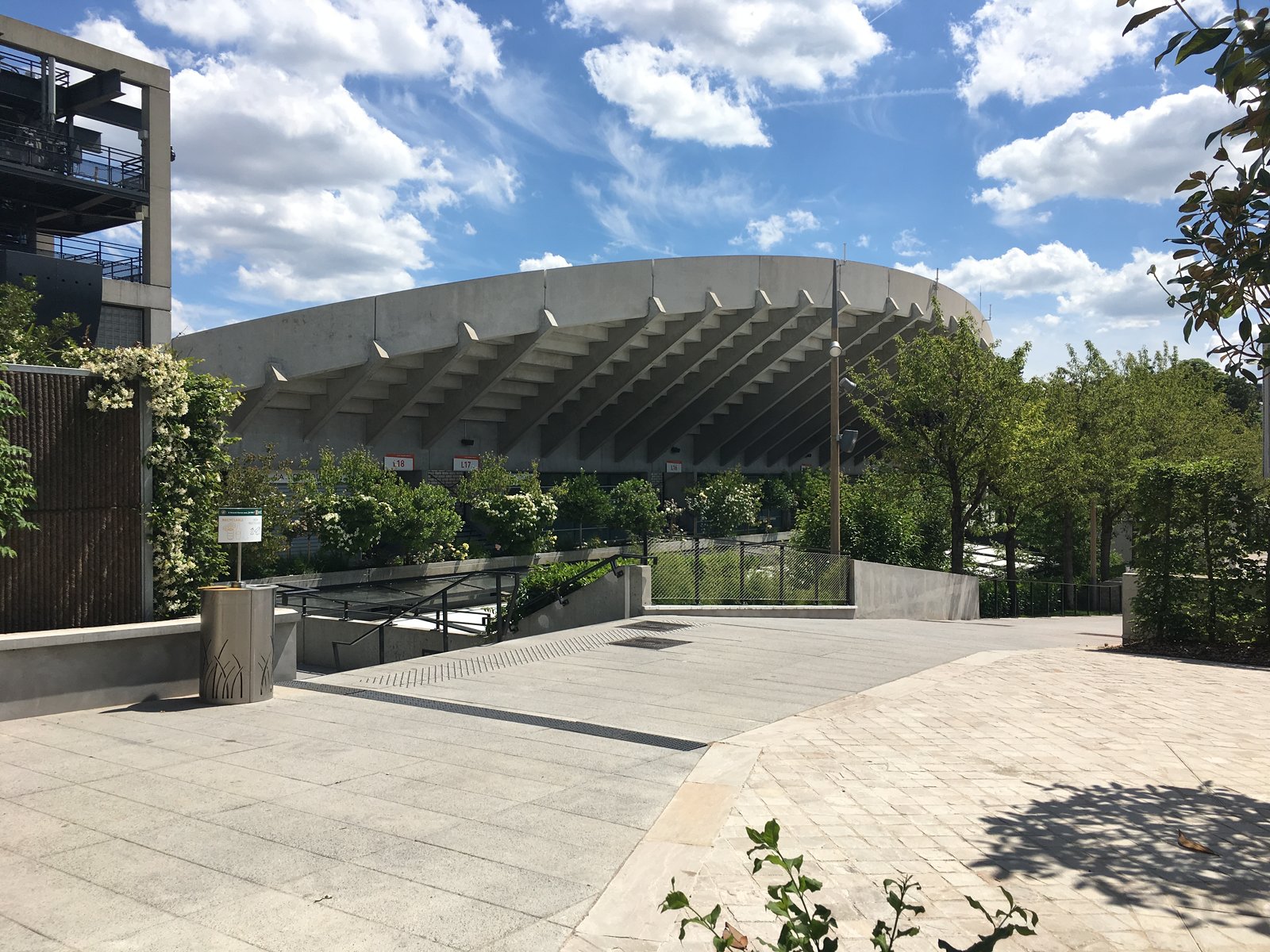 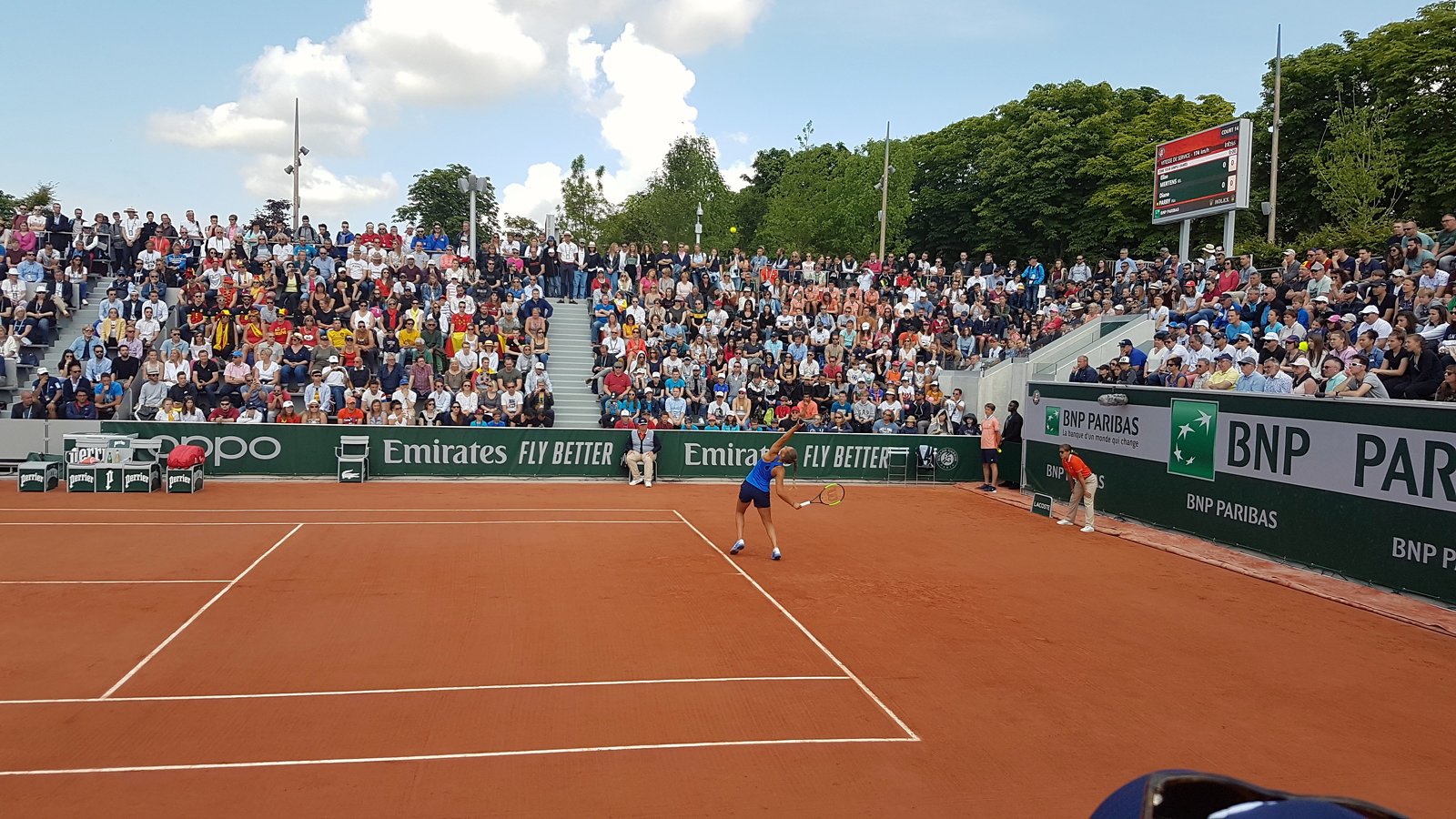 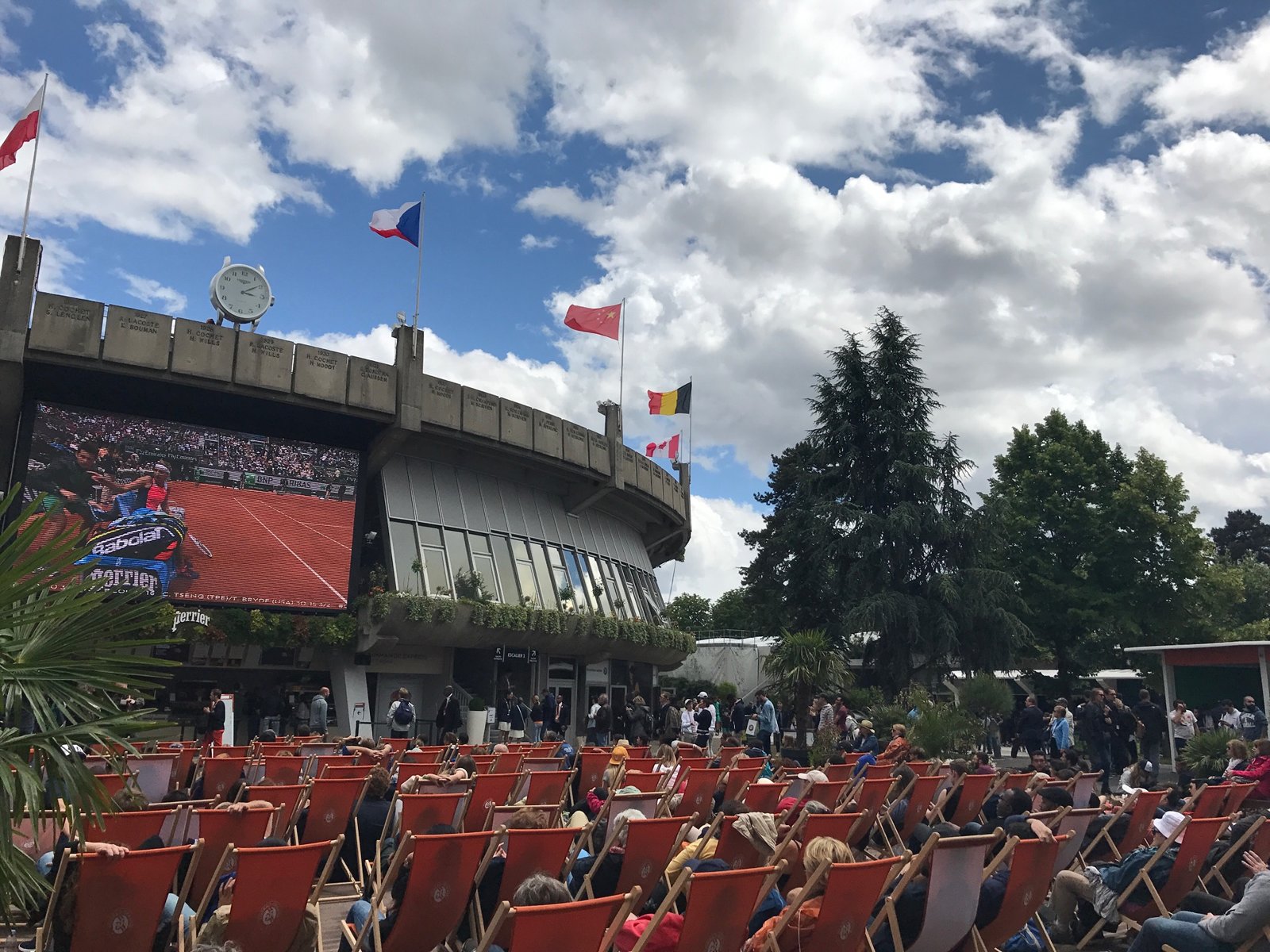 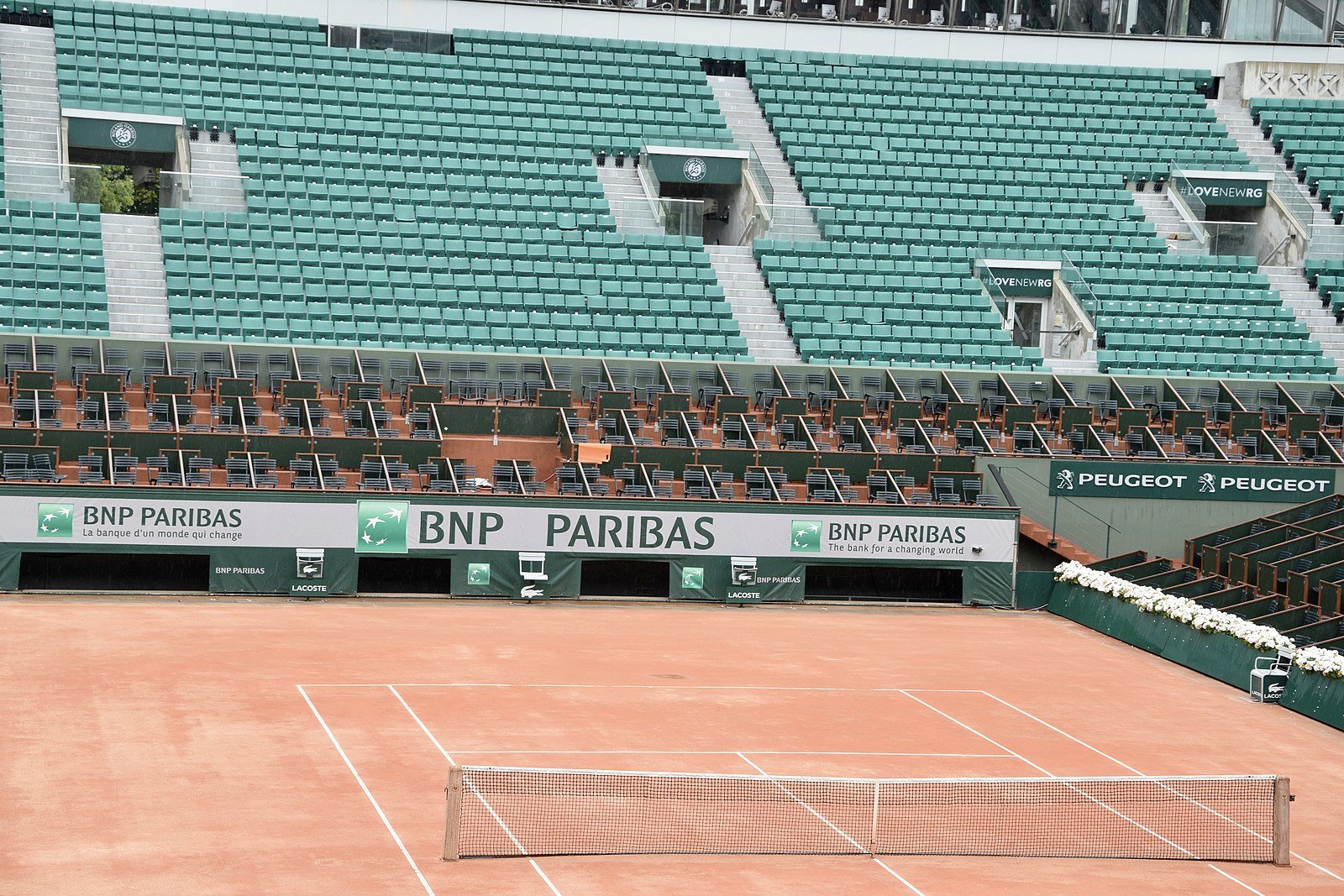 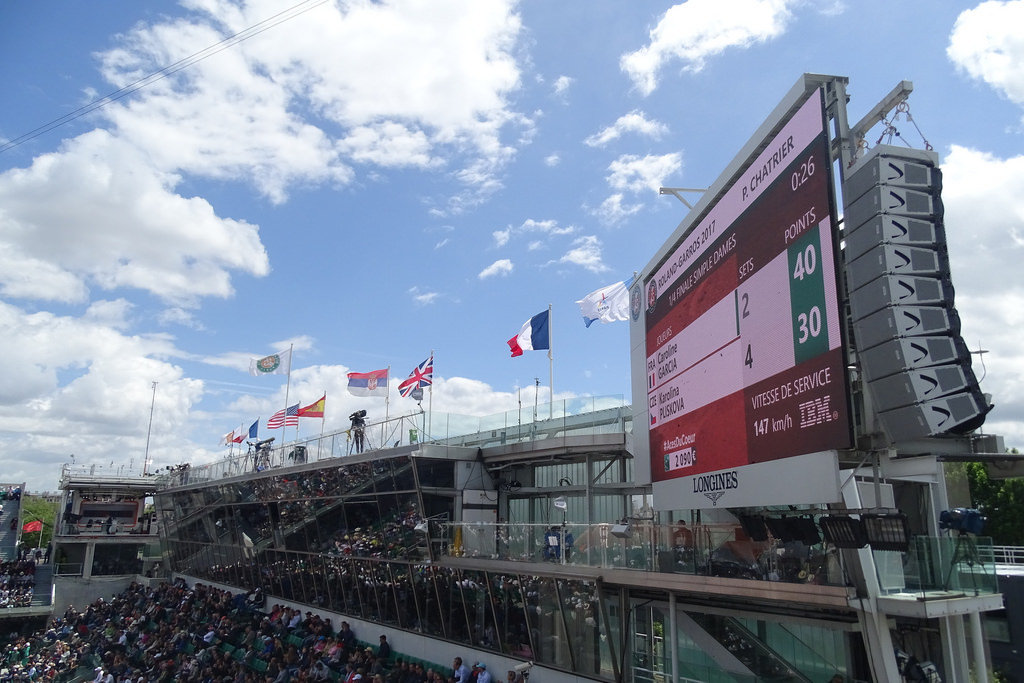 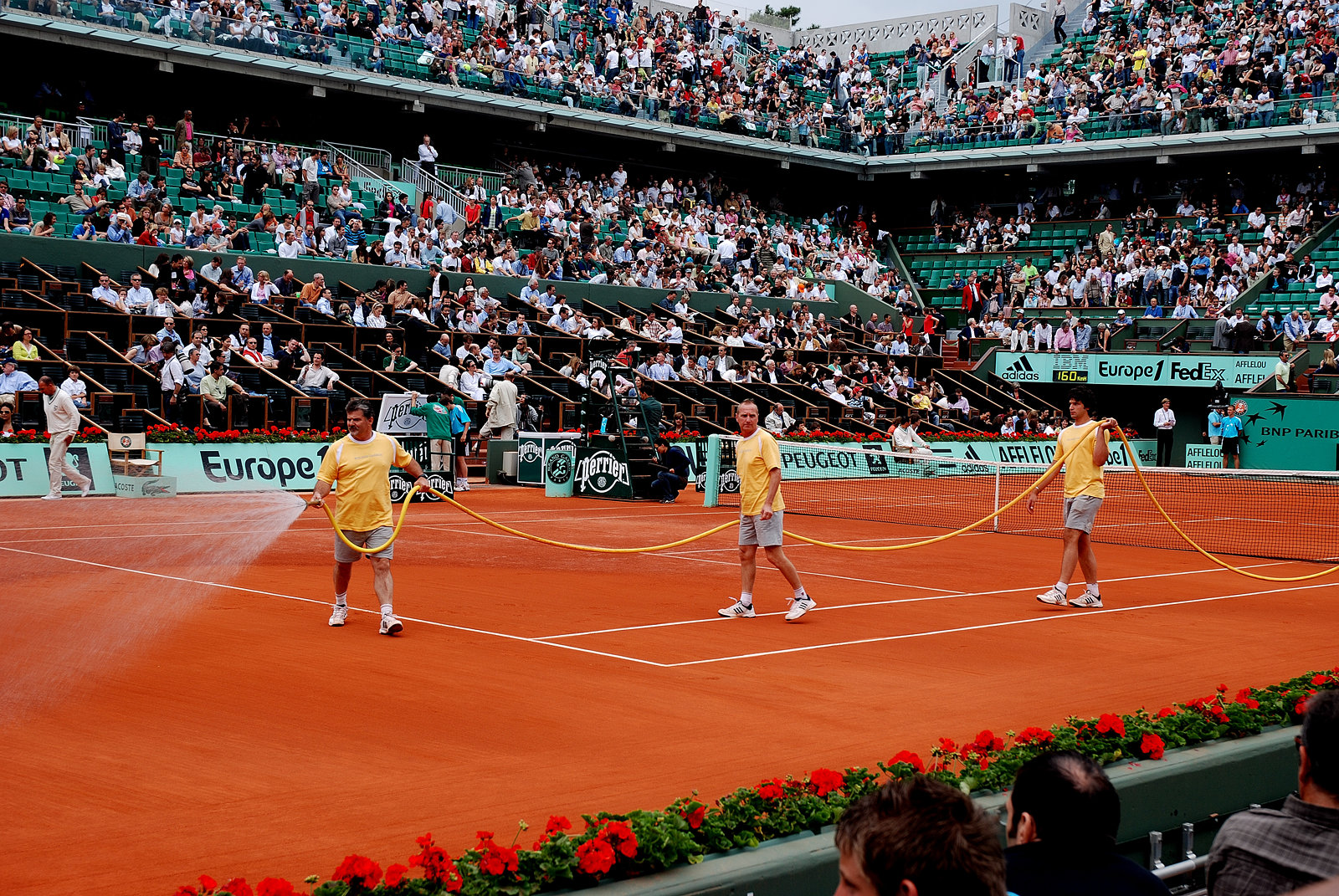 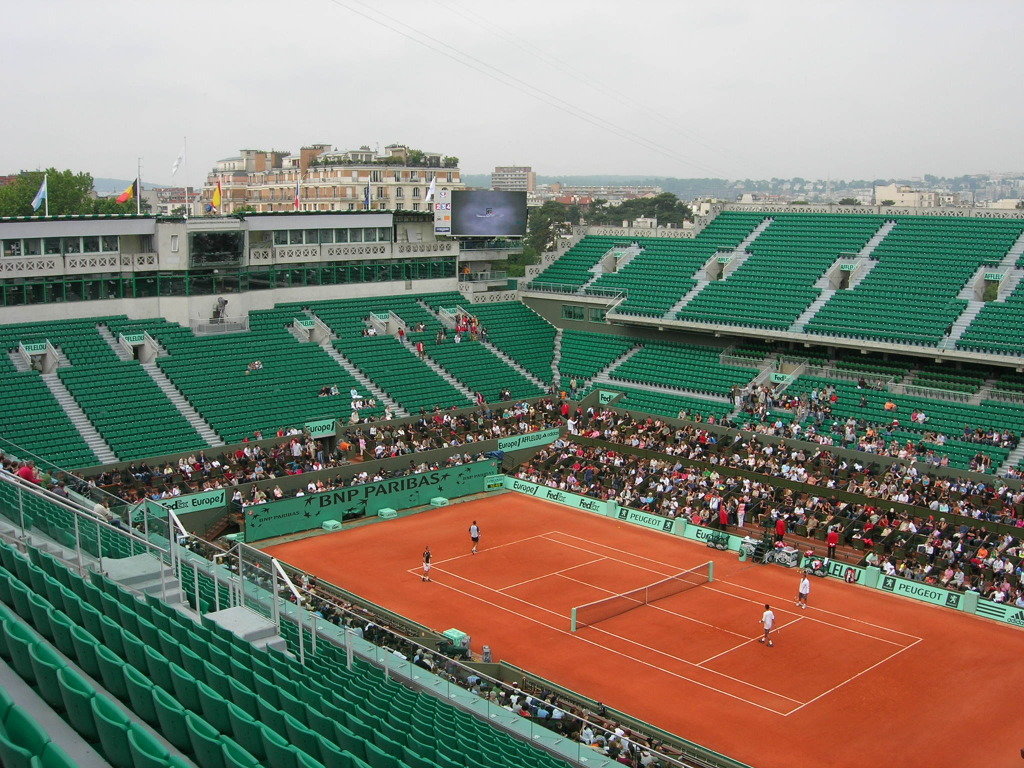 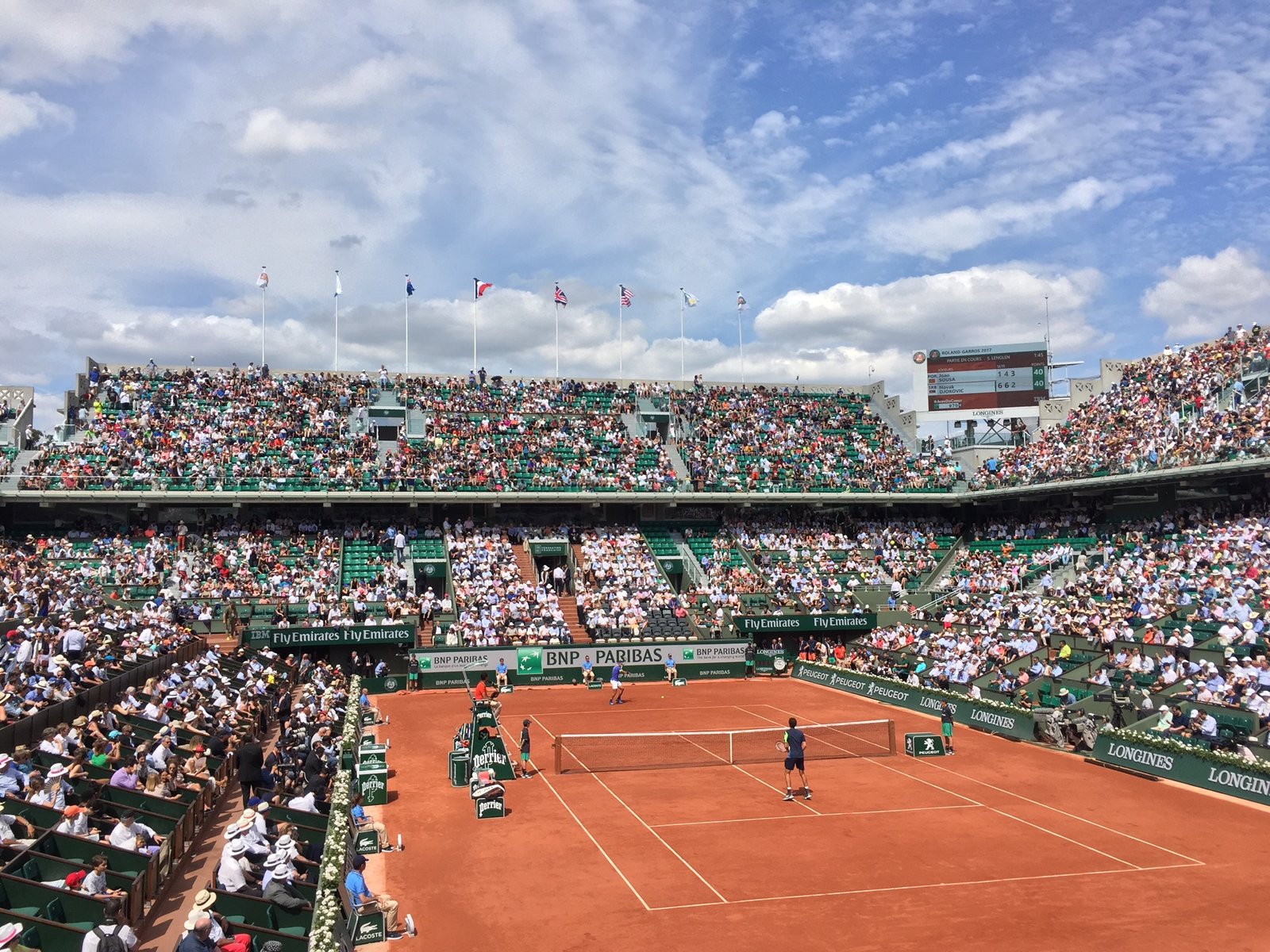 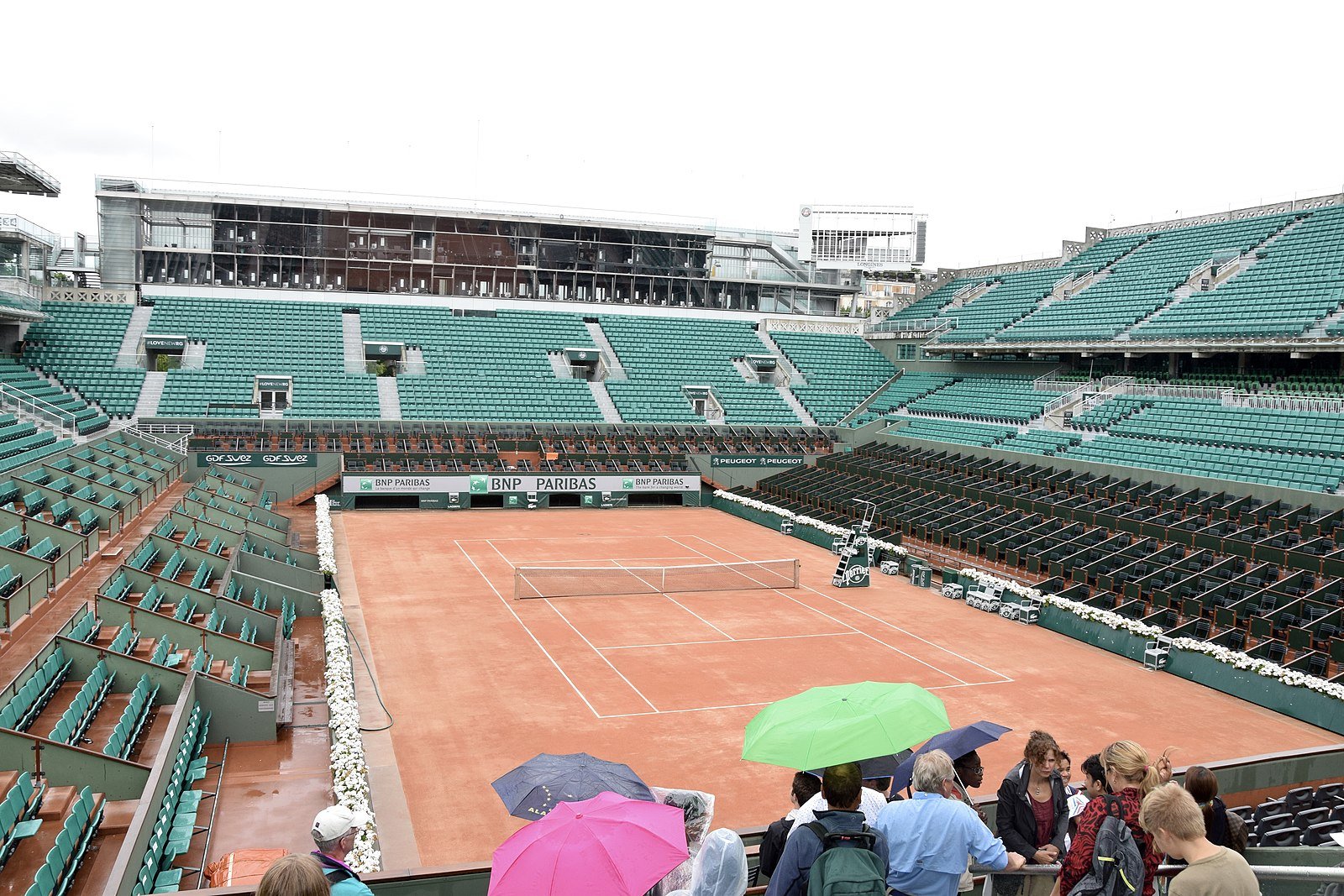 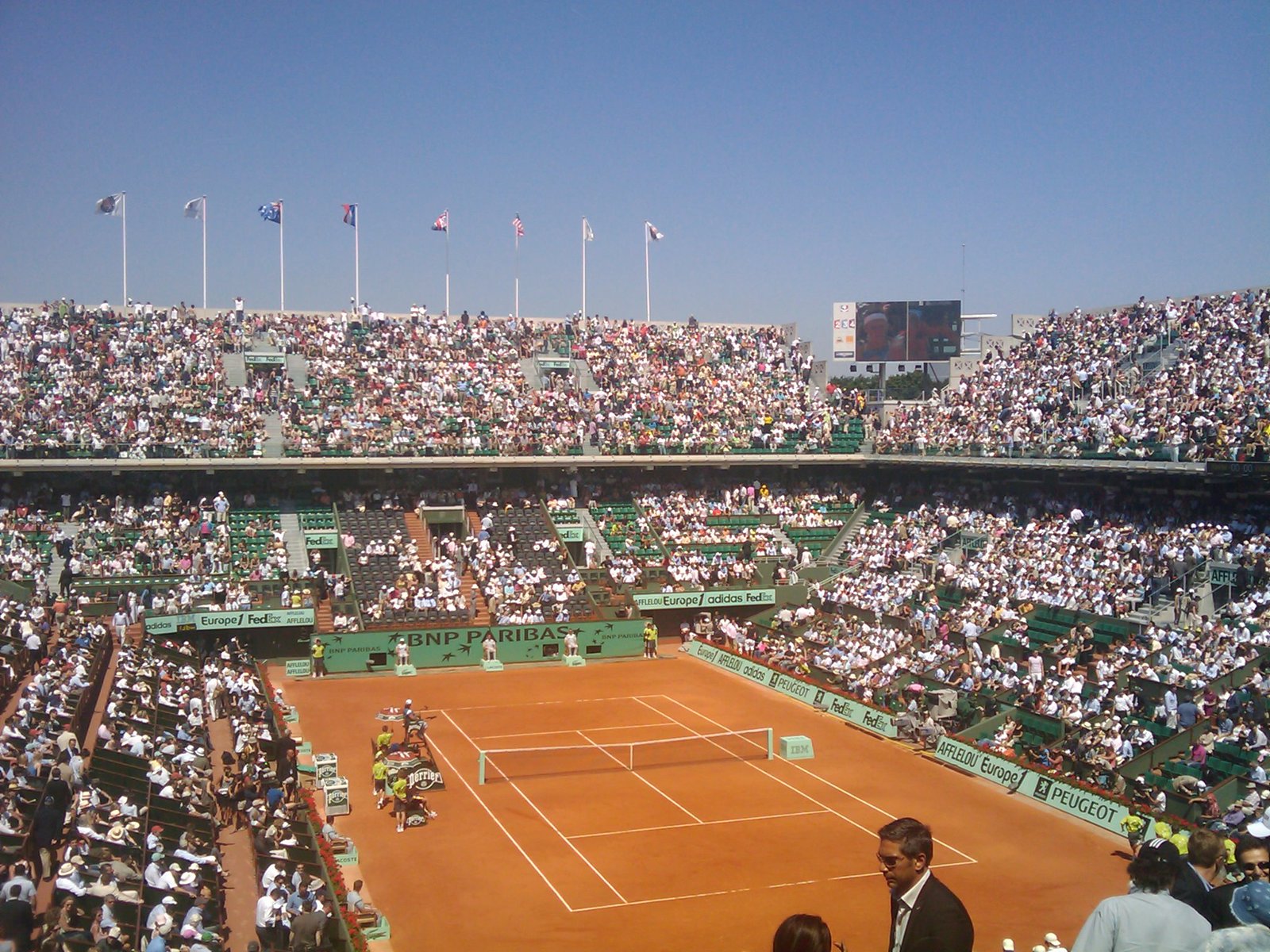 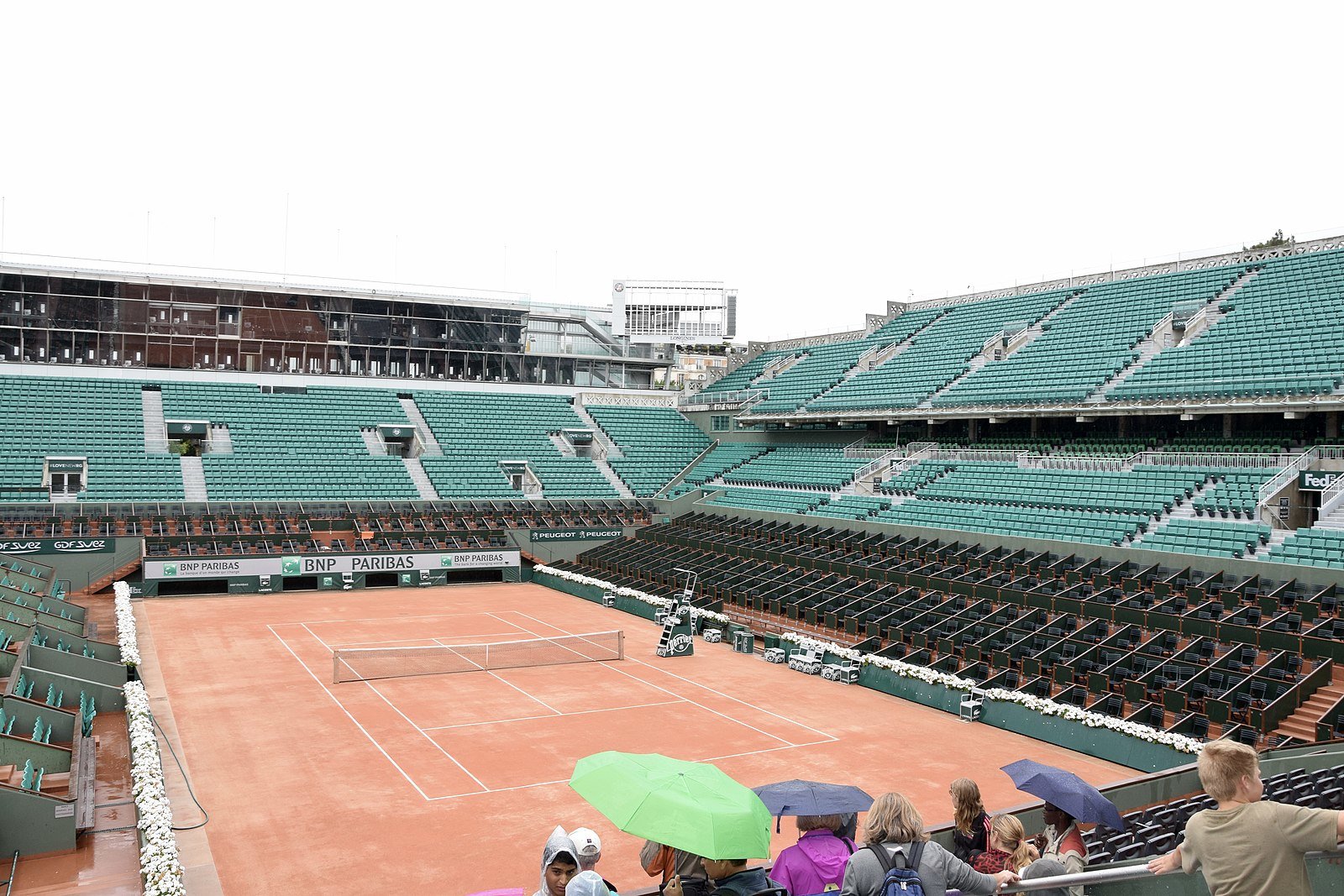