×
What are you looking for?
See all results
Benedictine monasteries in Salzburg 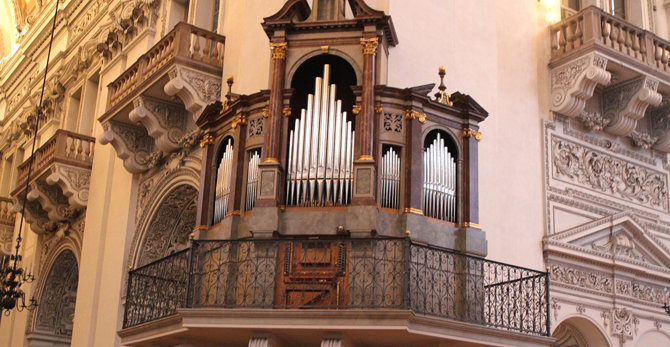 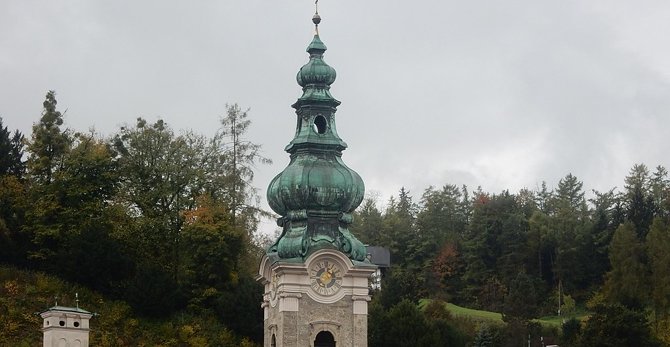 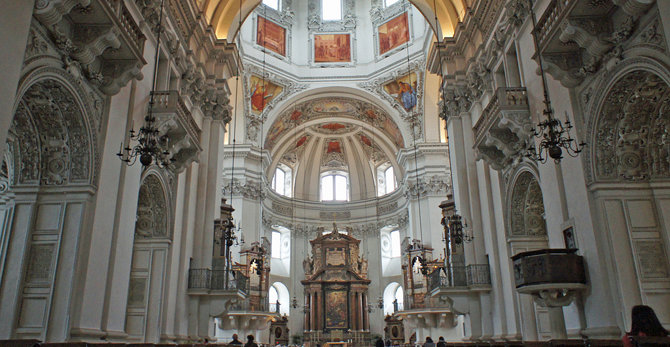 St Peter's Archabbey, otherwise St Peter's Abbey (Stift Sankt Peter) in Salzburg is a Benedictine monastery in Austria. It is considered one of the oldest monasteries in the German-speaking area, if not in fact the oldest.

St Peter's Abbey was founded in 696 by Saint Rupert at the site of a Late Antique church stemming from the first Christianization in the area in the days of Severinus of Noricum. Likewise the establishment of the monastery was meant to forward the missionary work in the Eastern Alps. Until 987 the office of the abbot was joined to that of the Archbishop of Salzburg: the two were always held together by one man.

In the Middle Ages St Peter's was known for its exceptional writing school. In 1074 Archbishop Gebhard of Salzburg sent several monks to the newly established filial monastery of Admont in the March of Styria. In the 15th century the abbey adopted the Melk Reforms. In 1623 Archbishop Paris Graf von Lodron founded the Benedictine University of Salzburg, which until its dissolution in 1810 was closely connected to the abbey.

From 1641 the abbey was a member of the Salzburg Congregation, merged in 1930 into the present Austrian Congregation (of which it is the principal house) of the Benedictine Confederation.

In 1926 the endeavours for the establishment of a Catholic university led to the foundation of the Benedictine college ("Kolleg St. Benedikt"), on which later the re-foundation of the University of Salzburg was based. In 1927 St Peter's was raised to the status of an Archabbey.

During the Nazi period the monks were expelled, but the monastery was not dissolved and the monks returned after the war.

The present-day Romanesque building at the northern foot of the Mönchsberg was dedicated in 1147. One of the organs had been built on the rood screen in 1444 by Heinrich Traxdorf of Mainz. While the steeple received its onion dome in 1756, the interior, already re-modelled several times, was refurbished in the Rococo style between 1760 and 1782 under Abbot Beda Seeauer by Franz Xaver König, Lorenz Härmbler, Johann Högler, Benedikt Zöpf and others. The high altar is a work by Martin Johann Schmidt. The St Mary's Chapel contains the grave of Abbot Johann von Staupitz (d. 1524), a friend of Martin Luther.

Mozart's Great Mass in C minor was premiered in the church, probably on 26 October 1783, with his wife Constanze singing first soprano.

Library, archives and other collections

St Peter's houses the oldest library in Austria. Among the 800 manuscripts the most precious is the Verbrüderungsbuch, which was deposited in 784 by Bishop Virgil. Through continual acquisition the library has grown to 100,000 volumes, focussing particularly on Benedictine monasticism, medieval church history, history of art and items relating to the local history of Salzburg, or Salisburgensia. Special collections include incunabulae and early editions, graphics including the devotional images collection of Father Gregor Reitlechner and the map collection.

In 1768 Abbot Beda Seeauer had the medieval Zellenbibliothek converted to the Rococo style. In 1999 it was restored and is now only accessible by special permission.

The archive is for the purposes of abbey administration and the researching of its history. Itcontains documents from the 8th to the 20th centuries, in the following series:

As a result of contact with notable musicians of Salzburg, St Peter's possesses a significant collection, much of it in holograph, with works by Johann Ernst Eberlin, Anton Cajetan Adlgasser, Leopold and Wolfgang Amadeus Mozart, Joseph Haydn, Sigismund von Neukomm, Robert Führer and Karl Santner.

In order to give young German-speaking Benedictine monks and nuns the opportunity to advance their education on monastic subjects, the Salzburg Abbots' Conference of 2000 set up the Institute for Benedictine Studies to serve the study of and research into the Rule of St Benedict. The director is Dr. Michaela Puzicha OSB.

Through the endeavours of Father Adalbero Raffelsberger, St Peter's was one of the earliest homes of liturgical revival in Austria. In 2001 the Liturgical Institute of the Conference of Austrian Bishops was attached to it.

The St. Peter Stiftskeller was first mentioned in a 803 deed issued by Alcuin of York, an English scholar attendant Emperor Charlemagne; it therefore claims to be the oldest restaurant in Central Europe.

The Salzburg Cathedral (German: Salzburger Dom) is a 17th century

Kapitelplatz und Kapitelgasse is a tourist attraction, one of the

Residenzplatz is one of the most popular places in Salzburg,

The Petersfriedhof or Sant Peter's cemetery is one of the twelve

The Franciscan Church (German: Franziskanerkirche) is one of the

The Kollegienkirche (Collegiate Church) in Salzburg, Austria, is the

The Tihany Abbey is a Benedictine monastery established at Tihany in

Add to wishlist
I've been here
Visited
Abbey of Fontenay

Glastonbury Abbey was a rich and powerful monastery in Glastonbury, 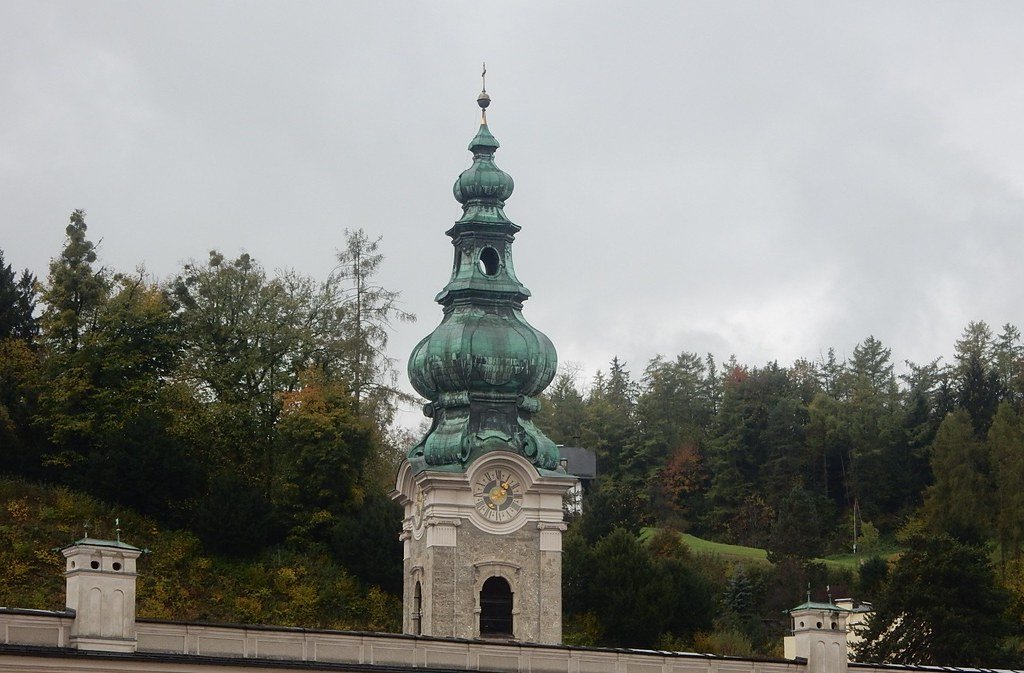 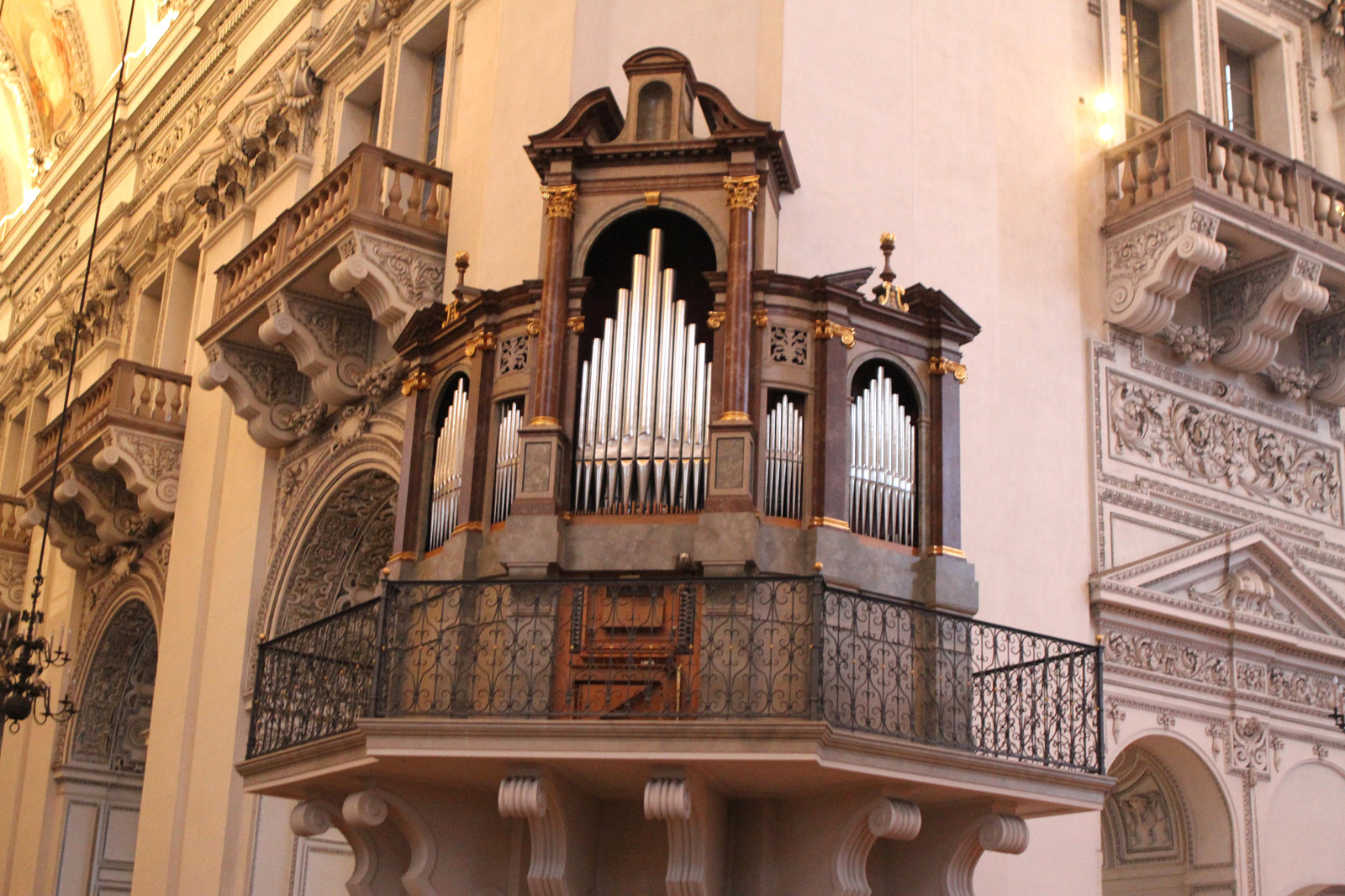 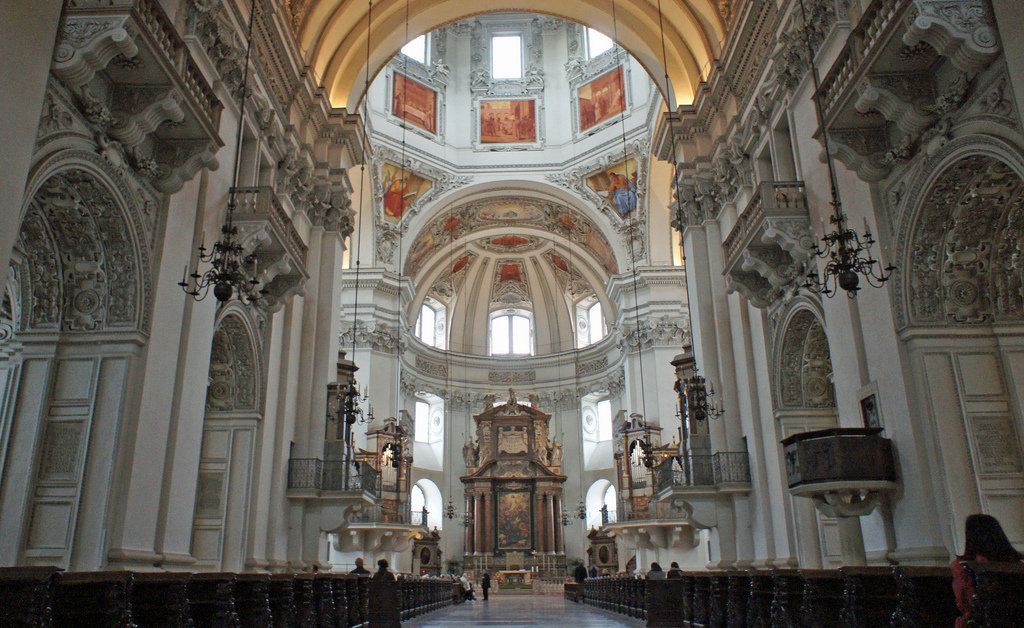 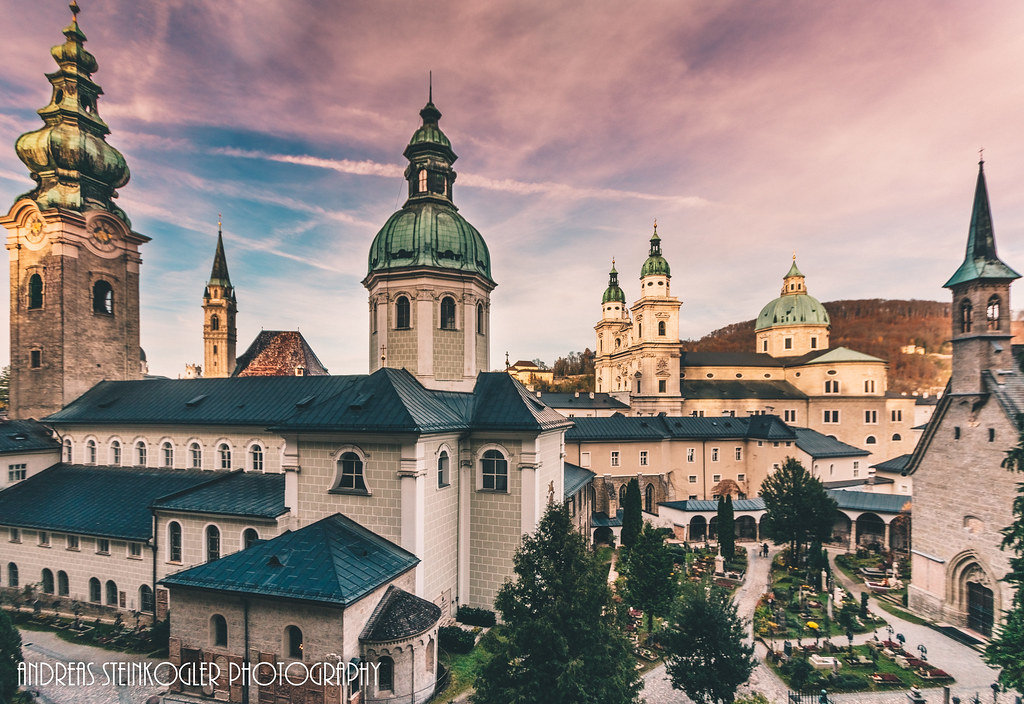 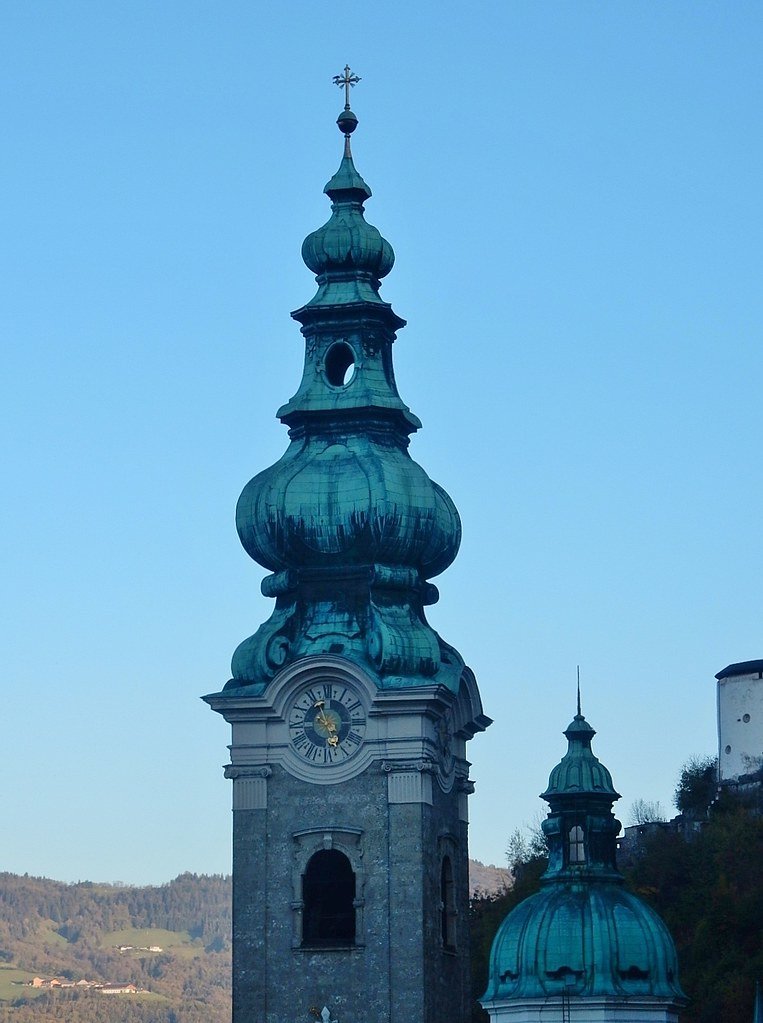 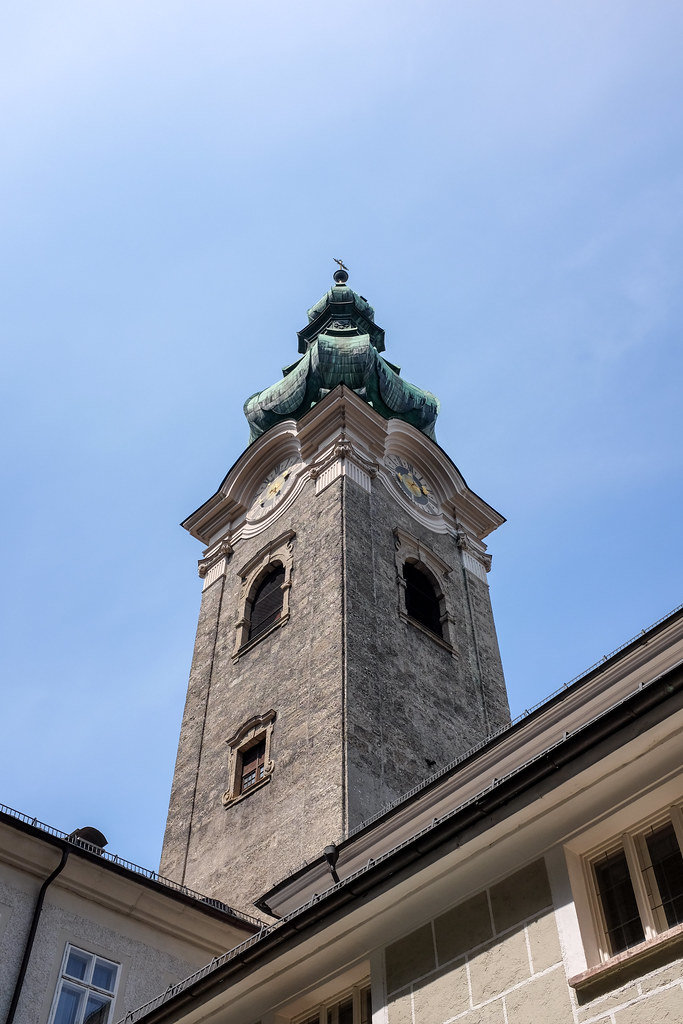 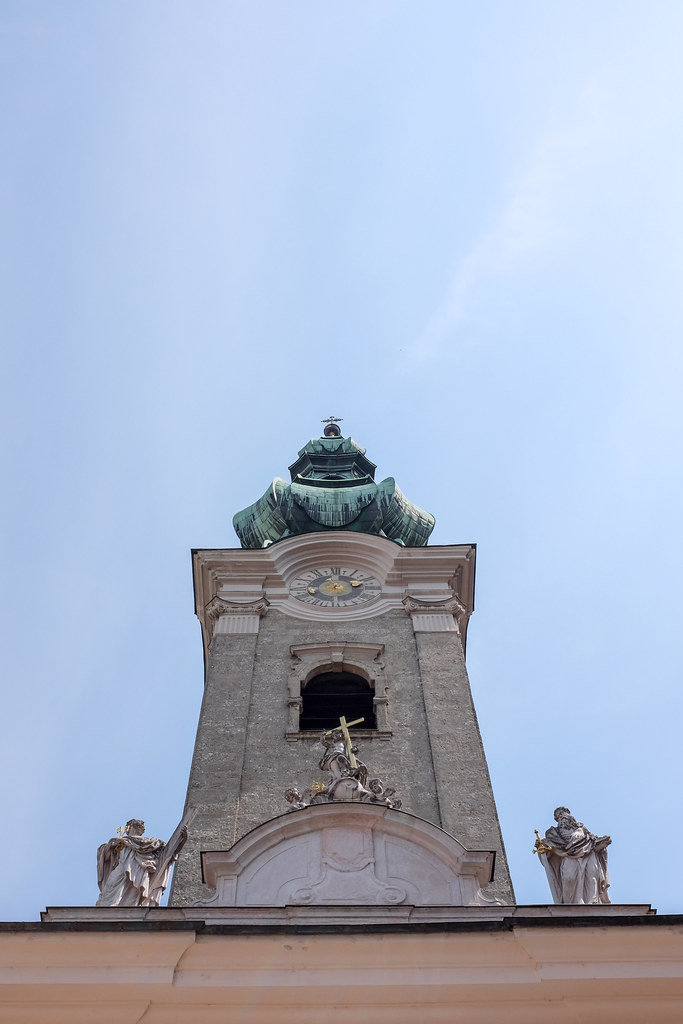 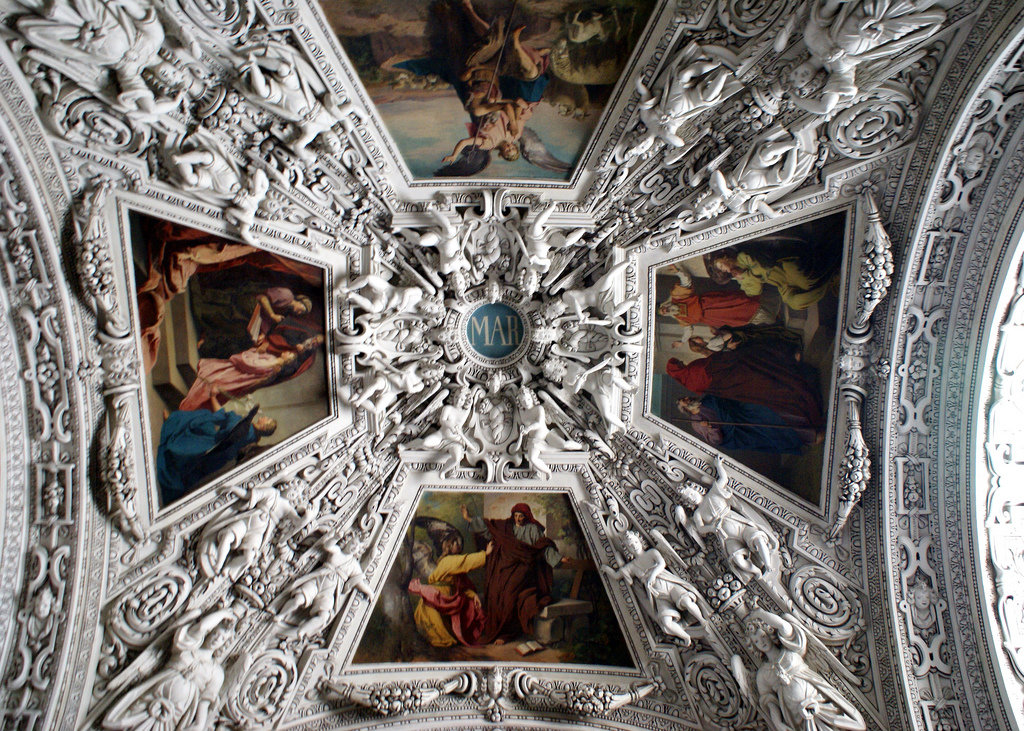 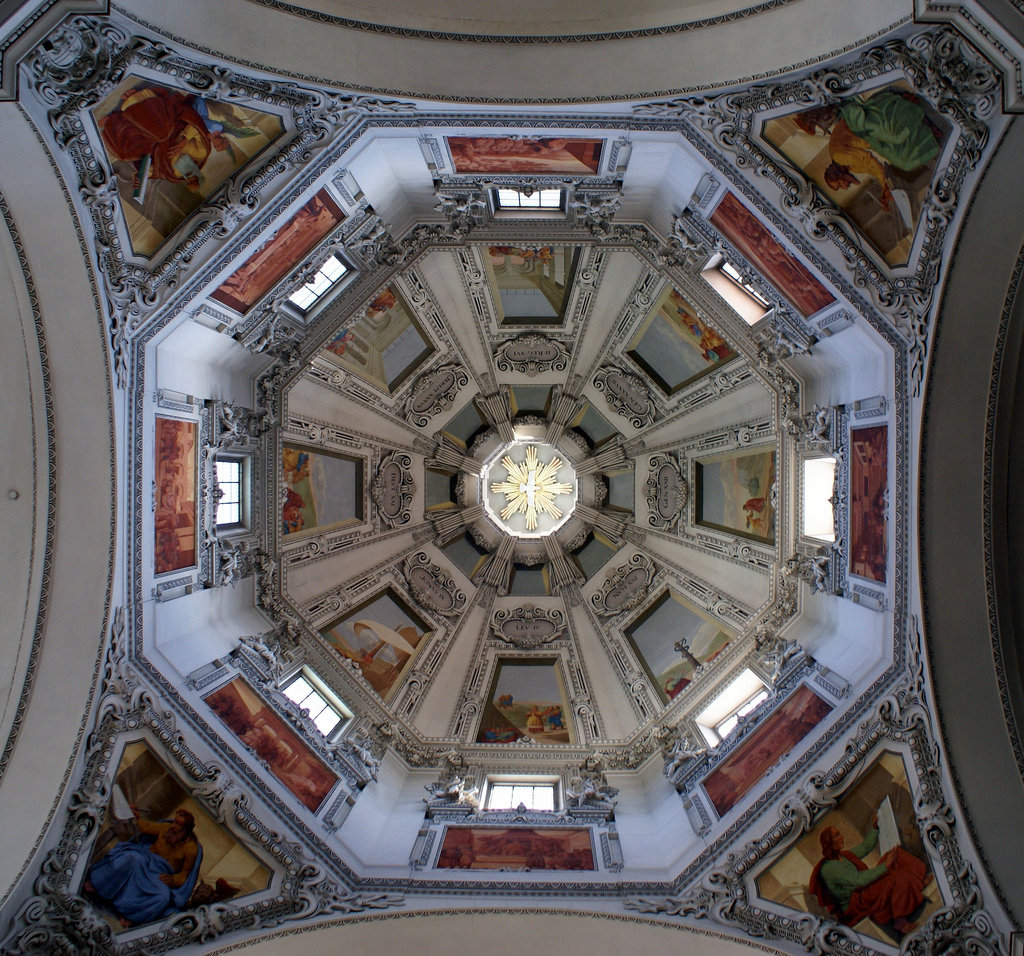 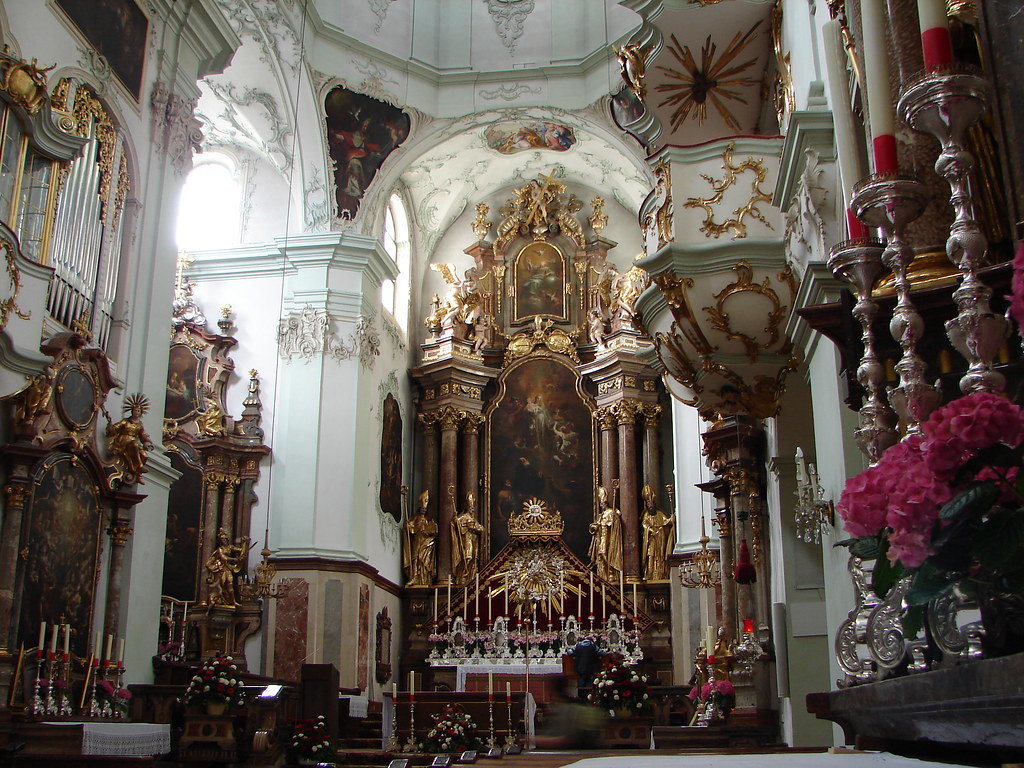 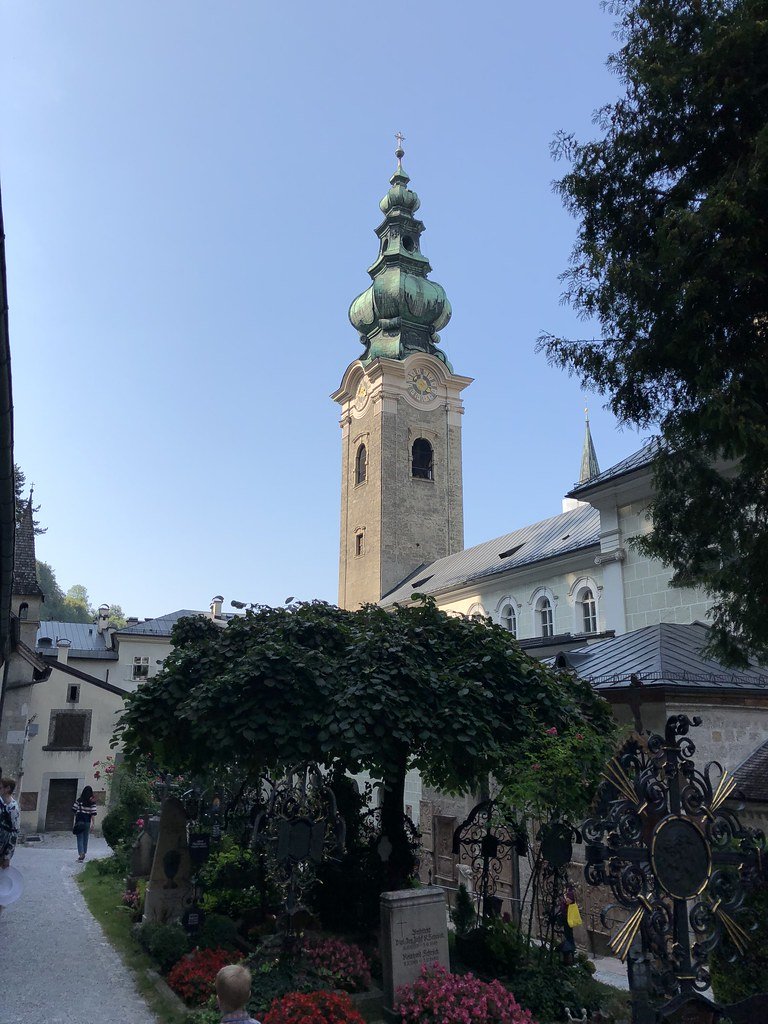 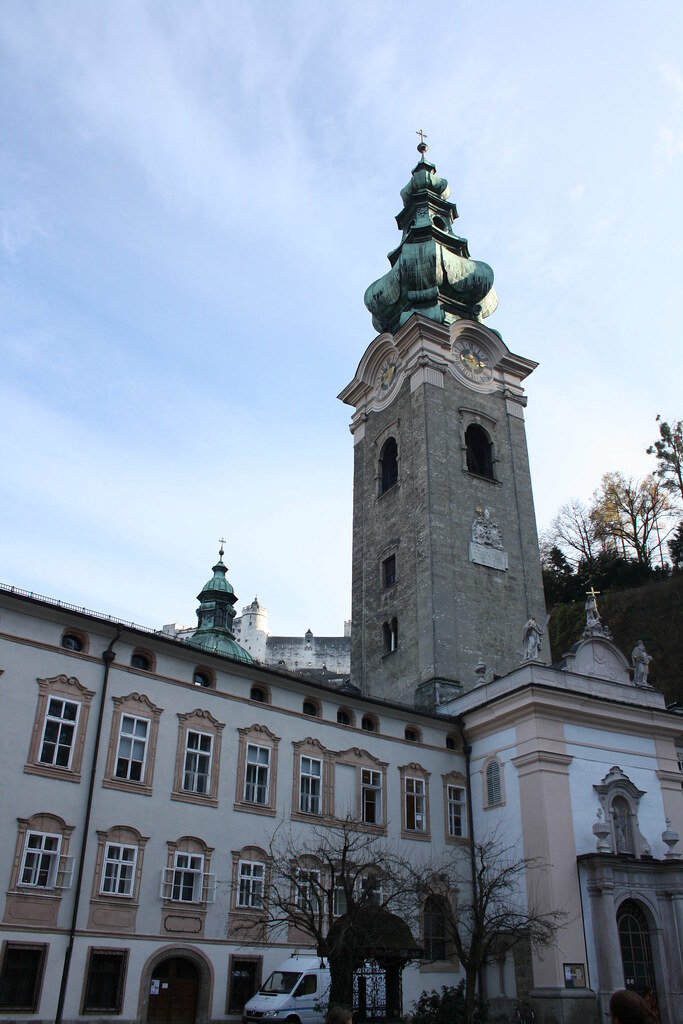 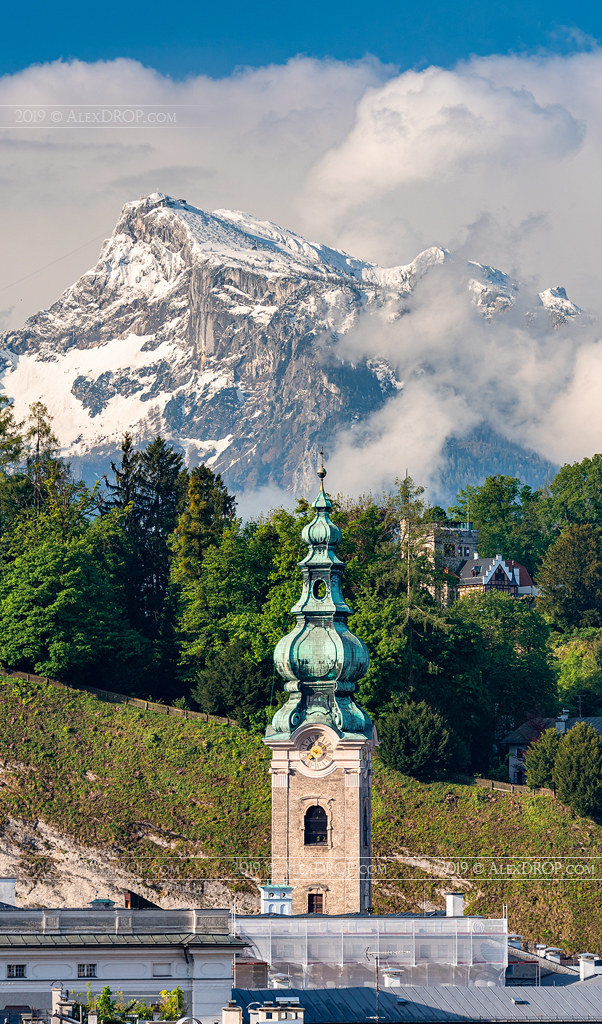 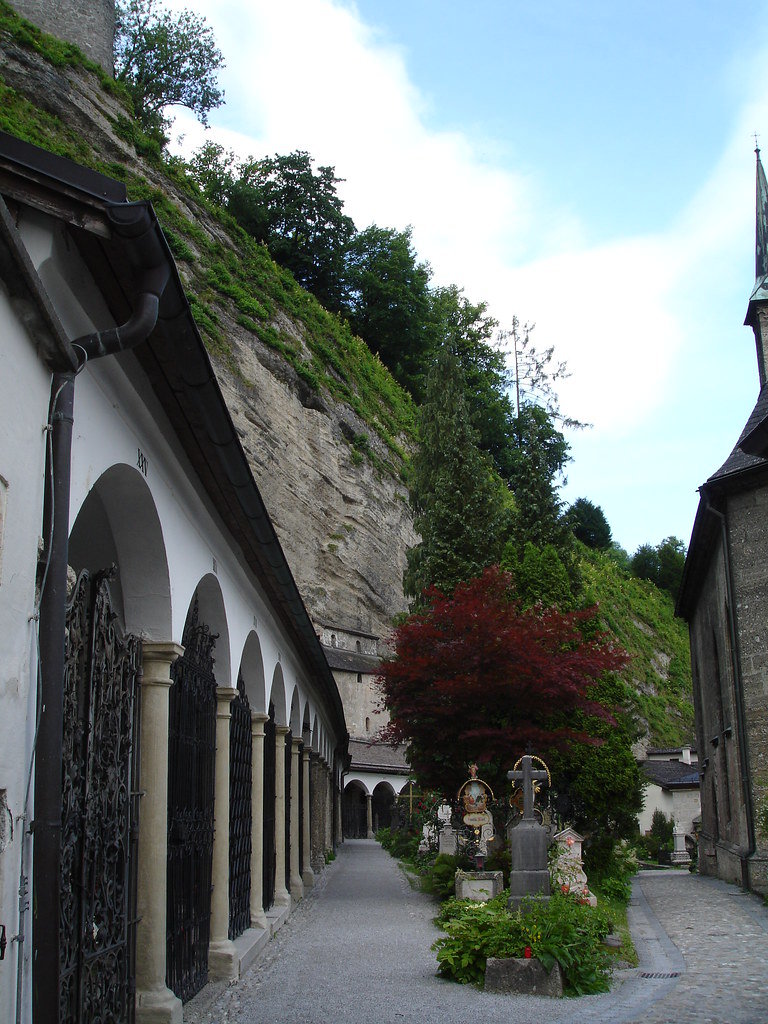 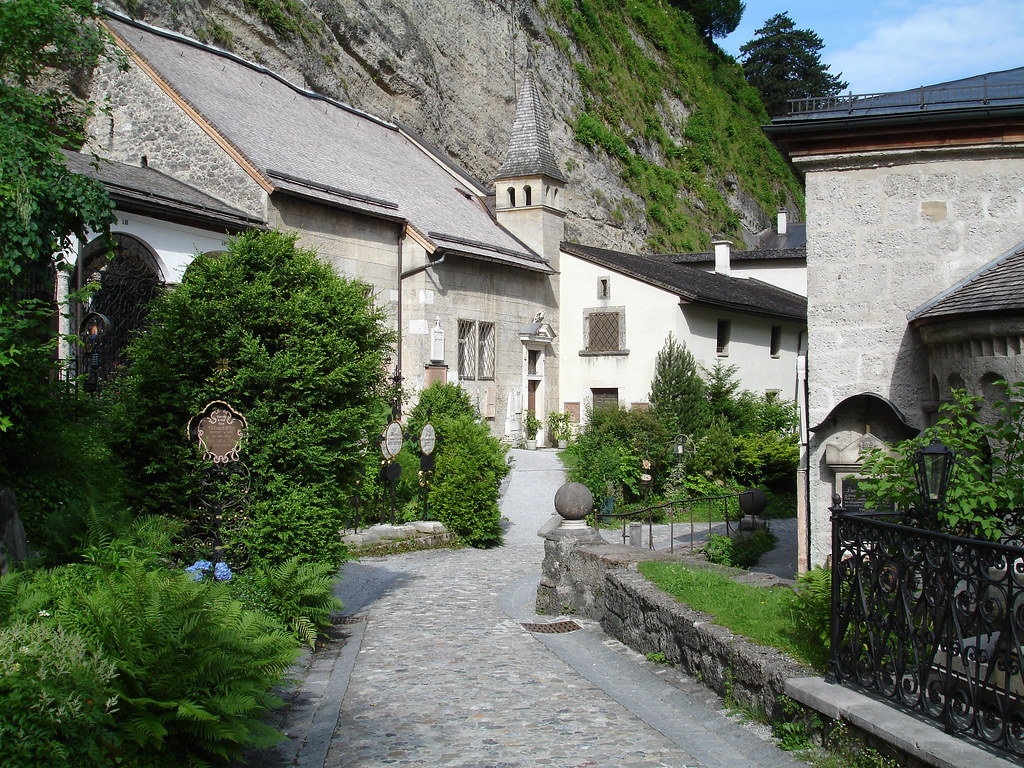 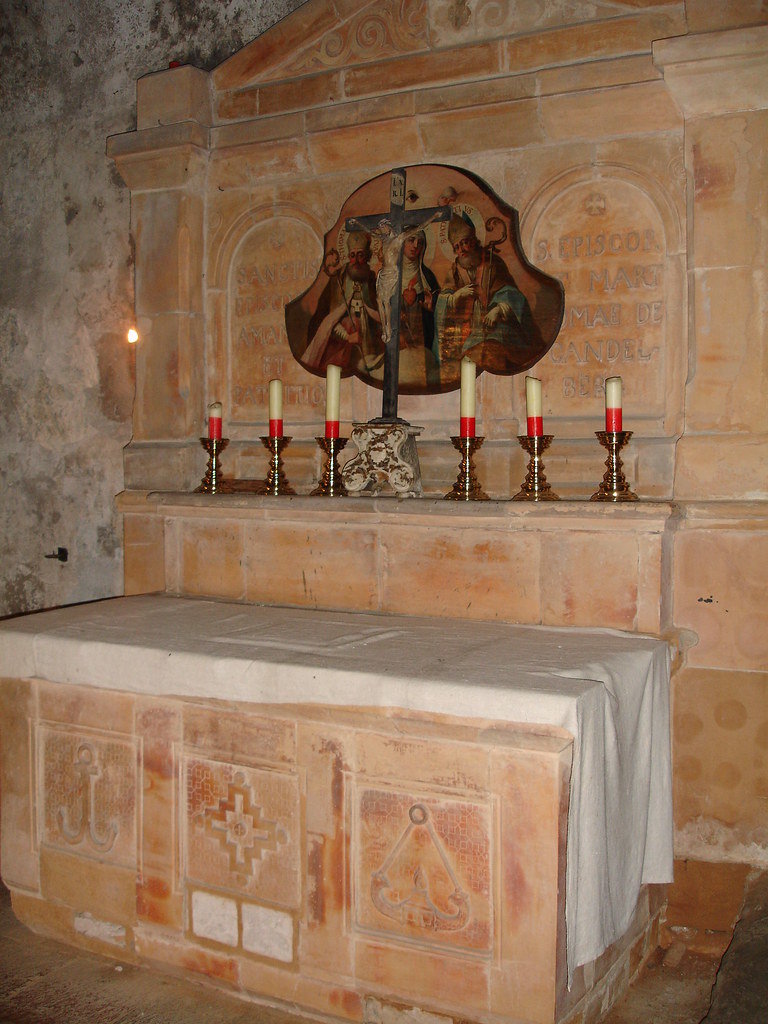 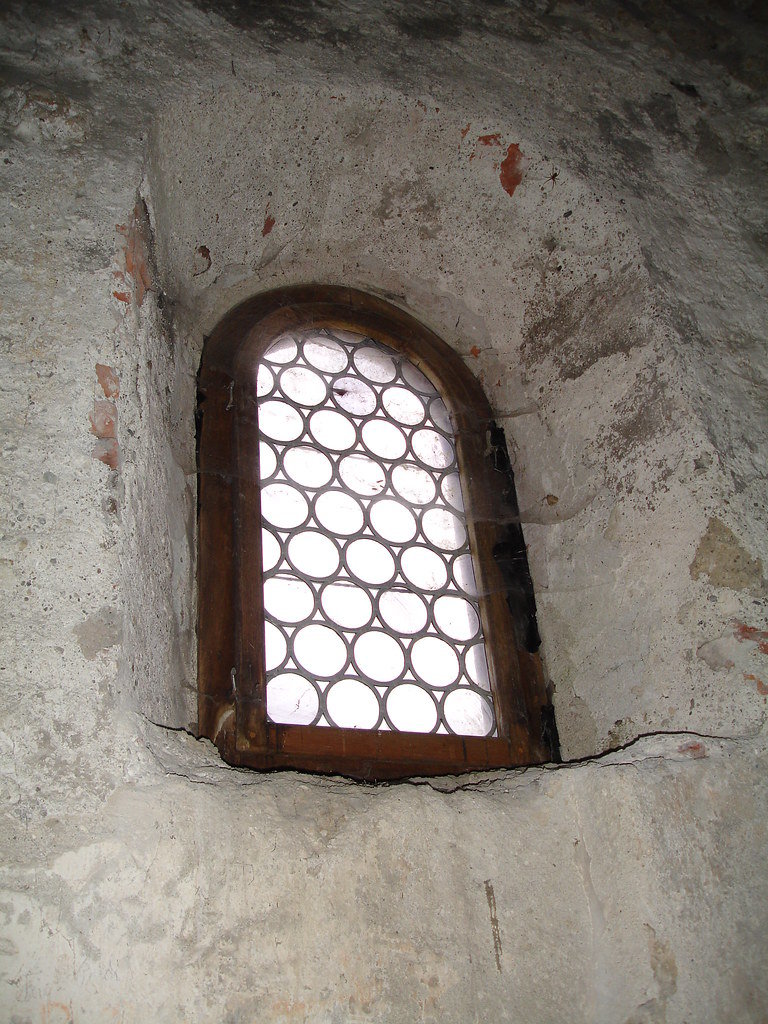 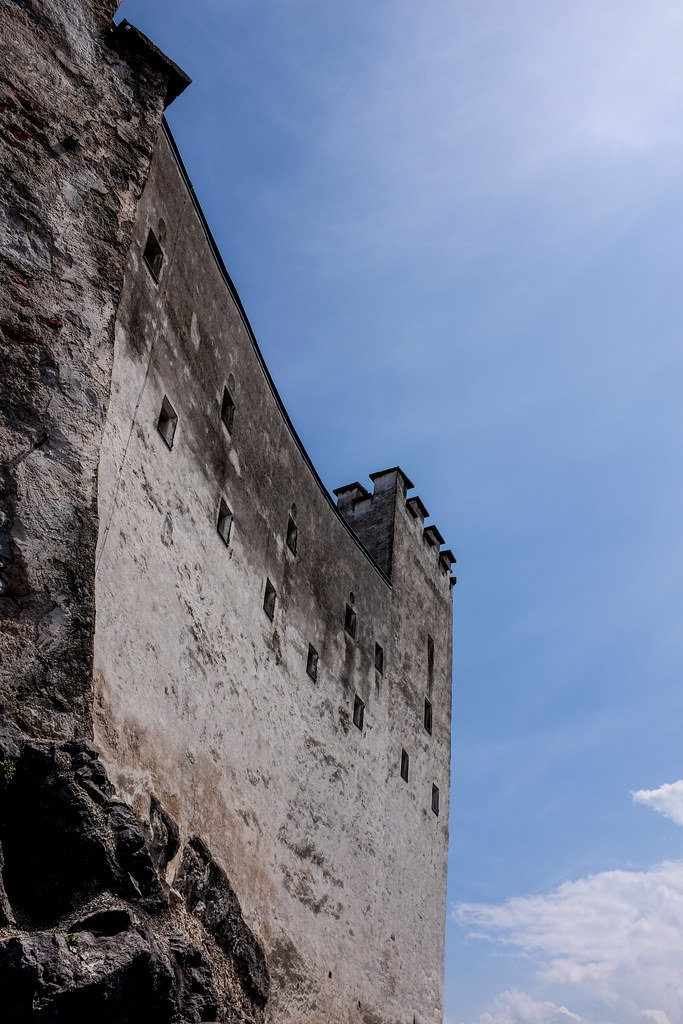 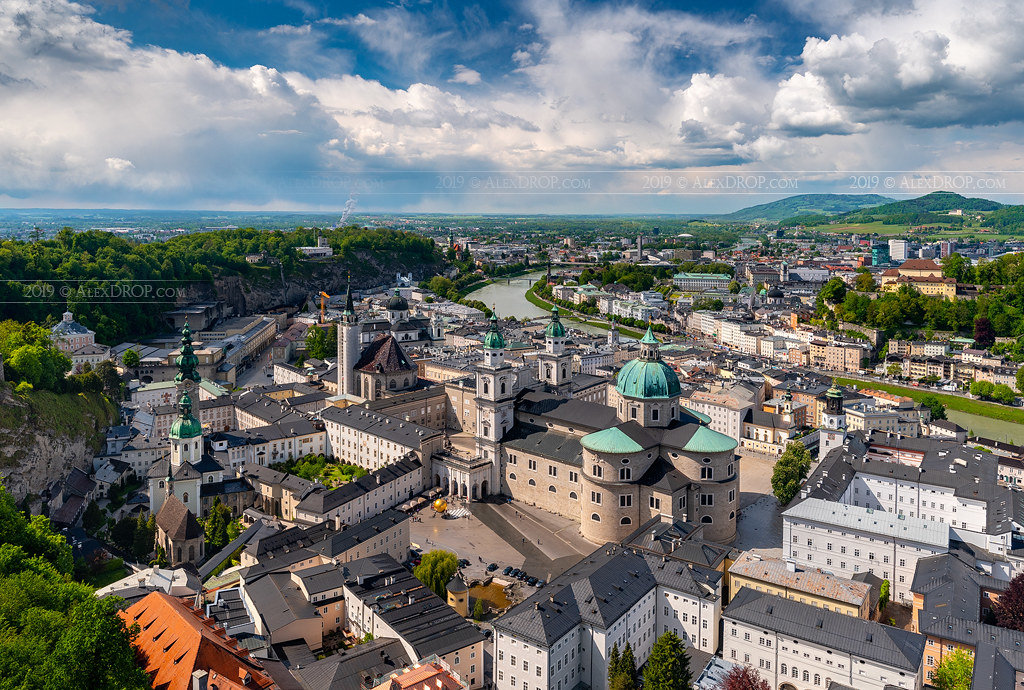 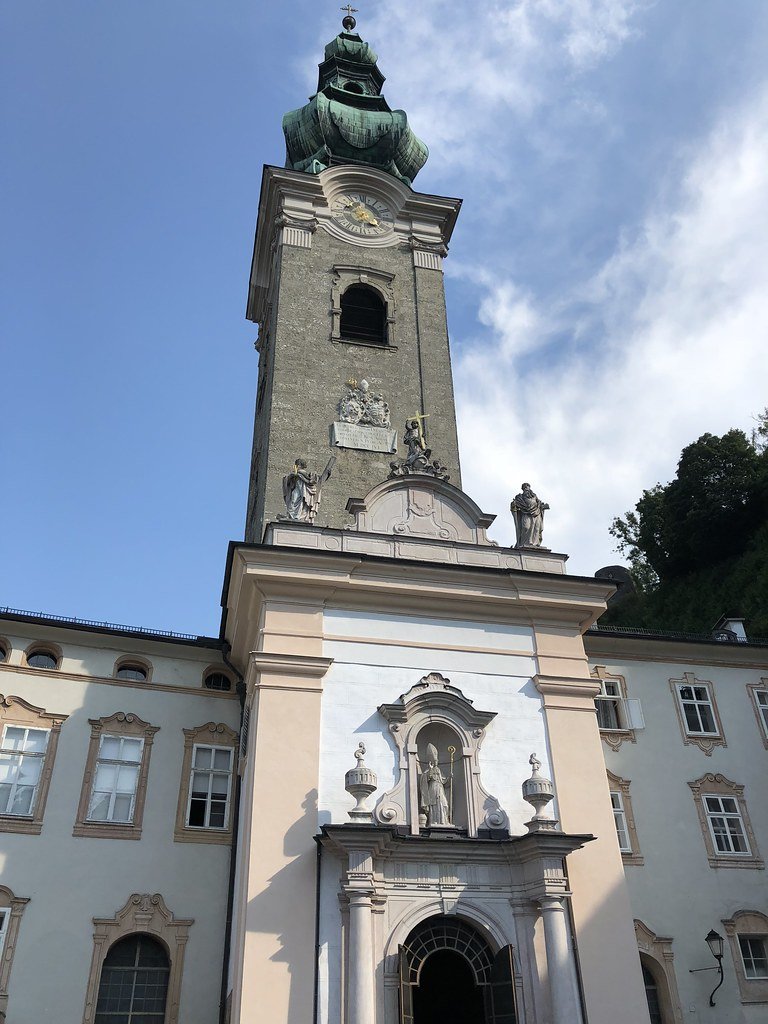 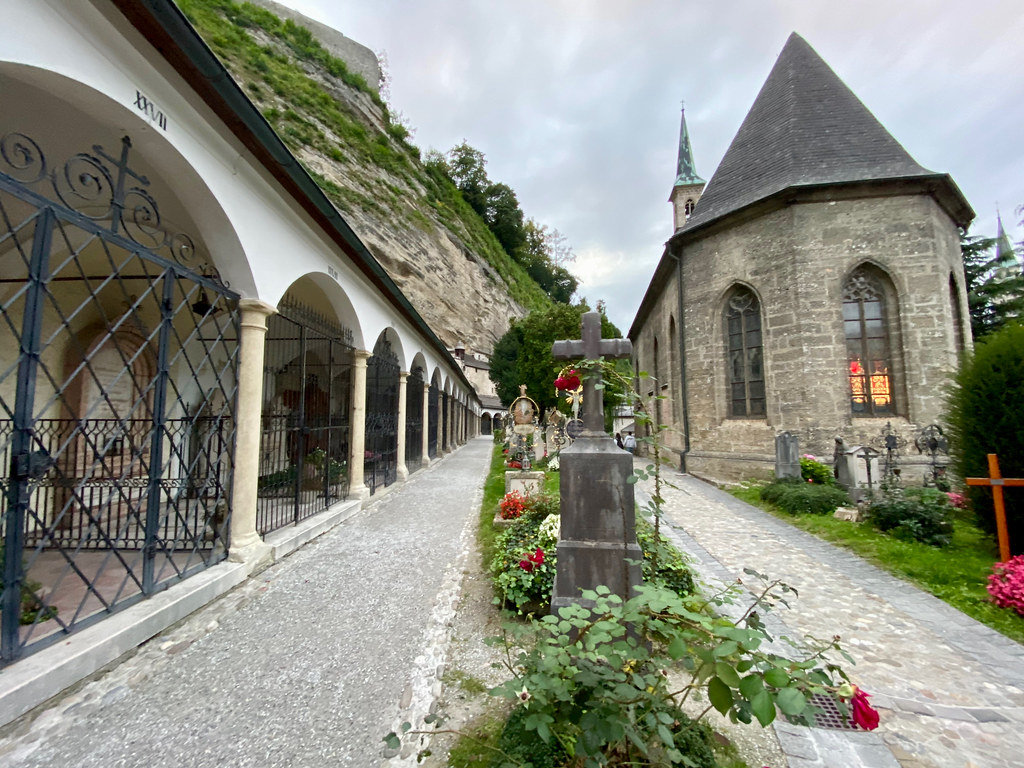