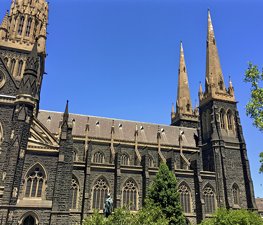 St Patrick's Cathedral is the cathedral church of the Roman Catholic Archdiocese of Melbourne in Victoria, Australia, and seat of its archbishop, currently Denis J. Hart. It is known internationally as a leading example of the Gothic Revival style of architecture.

(Central Tower).jpg|thumb|250px|St Patrick's Cathedral, Melbourne]] In 1851, only 12 years after the foundation of Melbourne, the Colonial Secretary of Victoria granted the Roman Catholic Church a block of land for a church in the Eastern Hill area. Shortly afterwards the Augustinian friar James Goold arrived from Britain to found the See of Melbourne and become its first bishop. He decided to build his Cathedral on the Eastern Hill site. Since the Catholic community of Melbourne was at the time almost entirely Irish, the Cathedral was dedicated to St Patrick, the patron saint of Ireland.

William Wardell, Melbourne's foremost ecclesiastical architect was commissioned to prepare plans for a Cathedral, but the project was delayed by severe labour shortages during the Gold Rush of 1851, which drew almost every able-bodied man in the colony to the goldfields, and the foundation stone was not laid until 1858. The Cathedral was designed in the Gothic Revival style, based on the great mediæval cathedrals of England, a style at the height of its popularity in the mid 19th century. The nave is in the style known as Early English, while the rest of the building is in Geometric Decorated, a somewhat later Gothic style. Wardell went on to design the second St Mary's Cathedral, Sydney in a similar style.

Although the nave was completed within ten years, construction proceeded slowly, and was further delayed by the severe depression which hit Melbourne in 1891. It was 1897 before the Cathedral was consecrated, and even then it was not finished. Given the size of the Catholic community at the time, the massive bluestone Gothic cathedral was an immense and very expensive undertaking, and there were long delays while funds were raised. St Patrick's was the largest church brought to substantial completion anywhere in the world in the 19th century.

Daniel Mannix, who became Archbishop of Melbourne in 1917, maintained a constant interest in the cathedral, which he was determined to see finished after the long delays during the previous 30 years. He oversaw the addition of the spires and other elements in the late 1930s. The building was officially completed in 1939.

In 1970 Pope Paul VI became the first Pope to visit the Cathedral, and in 1974 he conferred the title and dignity of minor basilica on it. In 1986 Pope John Paul II visited the Cathedral and addressed clergy during his Papal Visit.

The Cathedral is built on a traditional east-west axis, with the altar at the eastern end, symbolising belief in the resurrection of Christ. The plan is in the style of a Latin cross, consisting of a nave with side aisles, transepts with side aisles, a sanctuary with seven chapels, and sacristies. It is 103.6 metres long on its long axis, 56.4 metres wide across the transepts and 25.3 metres wide across the nave. The nave and transepts are 28.9 metres high. The central spire is 105 metres high and the flanking towers and spires are 61.9 metres high.

To celebrate the centenary of its consecration in 1997, the Cathedral was restored and underwent conservation work, with funds contributed by the federal and Victorian governments, corporate and philanthropic donors and the community of Melbourne.

Tracy Loh
a really iconic historical church, such beautiful and magnificent architecture, it is a peaceful and calm place to be. https://t.co/qk0kspg9cm

Arthur Carl
One of the architectural glories of Melbourne.St Patrick’s is an integral part of Melbourne, and its history tells us much about the State’s birth and growth.

Open House Melbourne
Did you know that the cross atop the tallest spire of St Patrick's Cathedral was a gift from the Irish government? #LoveOHM

Christopher Selleck
congrat to all the fine young men on the Ordination into the Priesthood, wonderfull event and perfect weather.

The Princess Theatre is a 1488-seat theatre in Melbourne, Australia.

The Palace Theatre (also known as The Palace), is an entertainment

The Treasury Gardens consist of 5.8 hectares (14.4 acres) on the

Her Majesty's Theatre is a 1,700 seat theatre in Melbourne's East End

The Carlton Gardens is a World Heritage Site located on the

The Royal Exhibition Building is a World Heritage Site-listed building

Melbourne, Australia's Chinatown is located within the Melbourne

The Basilica of the National Vow (Spanish: Basílica del Voto

The Basilica of Our Lady of Peace of Yamoussoukro (French: Basilique 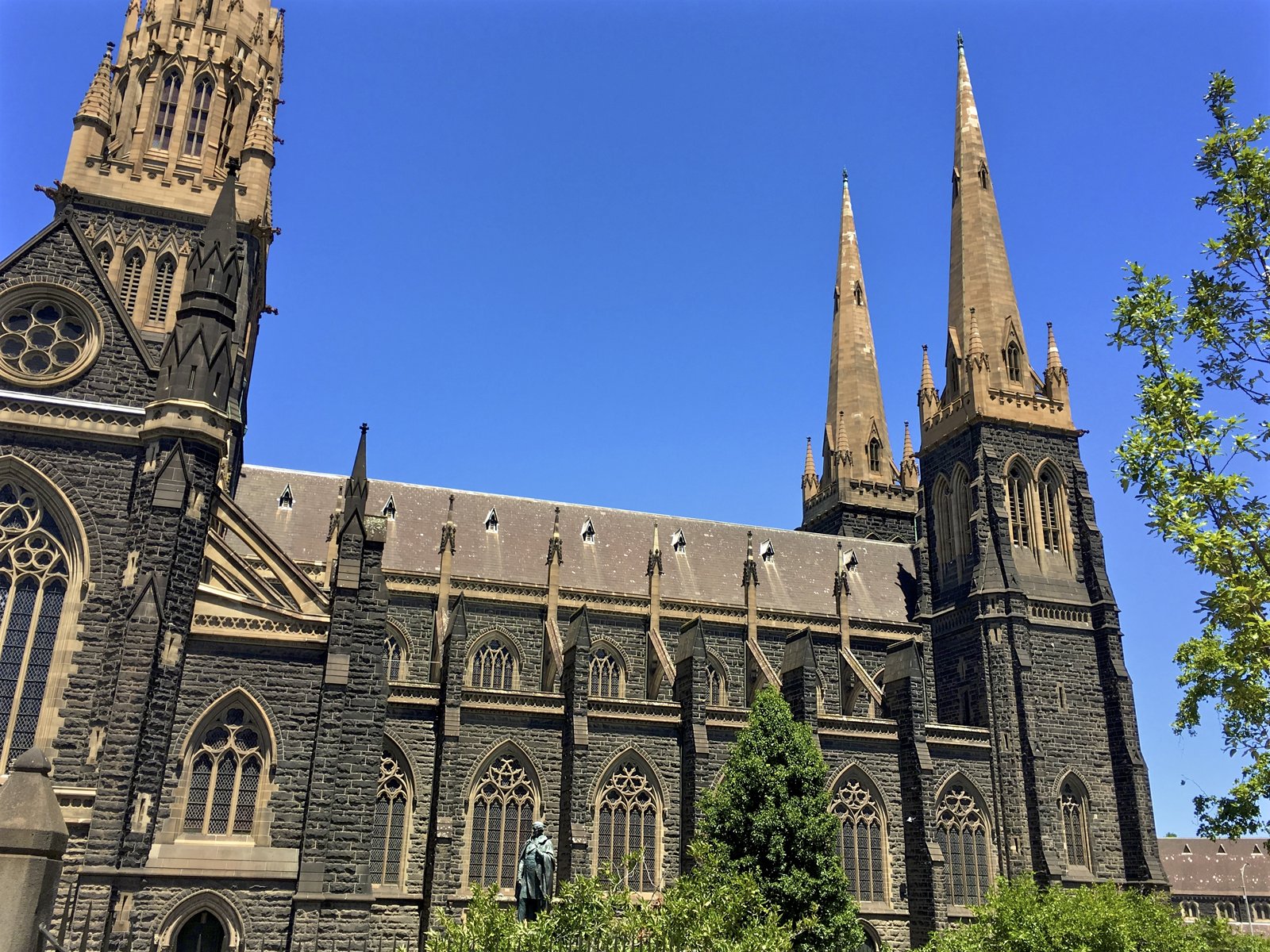 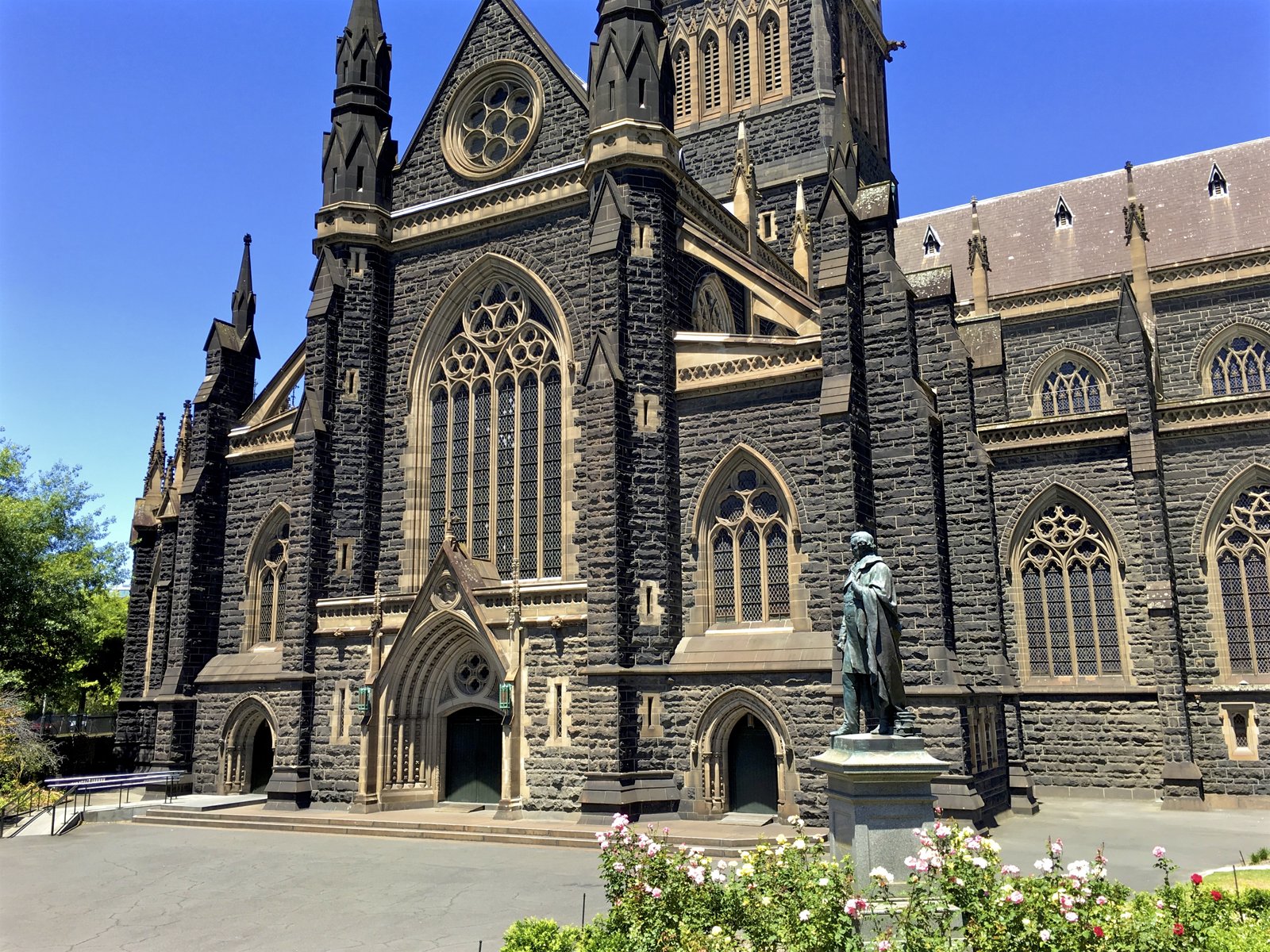 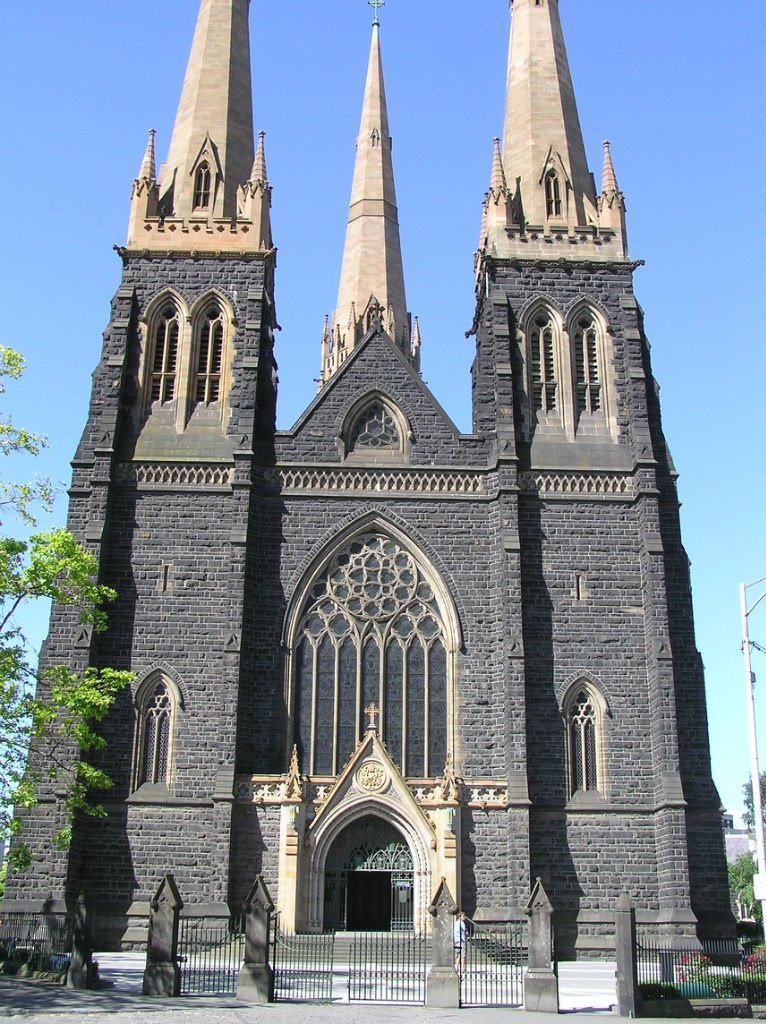 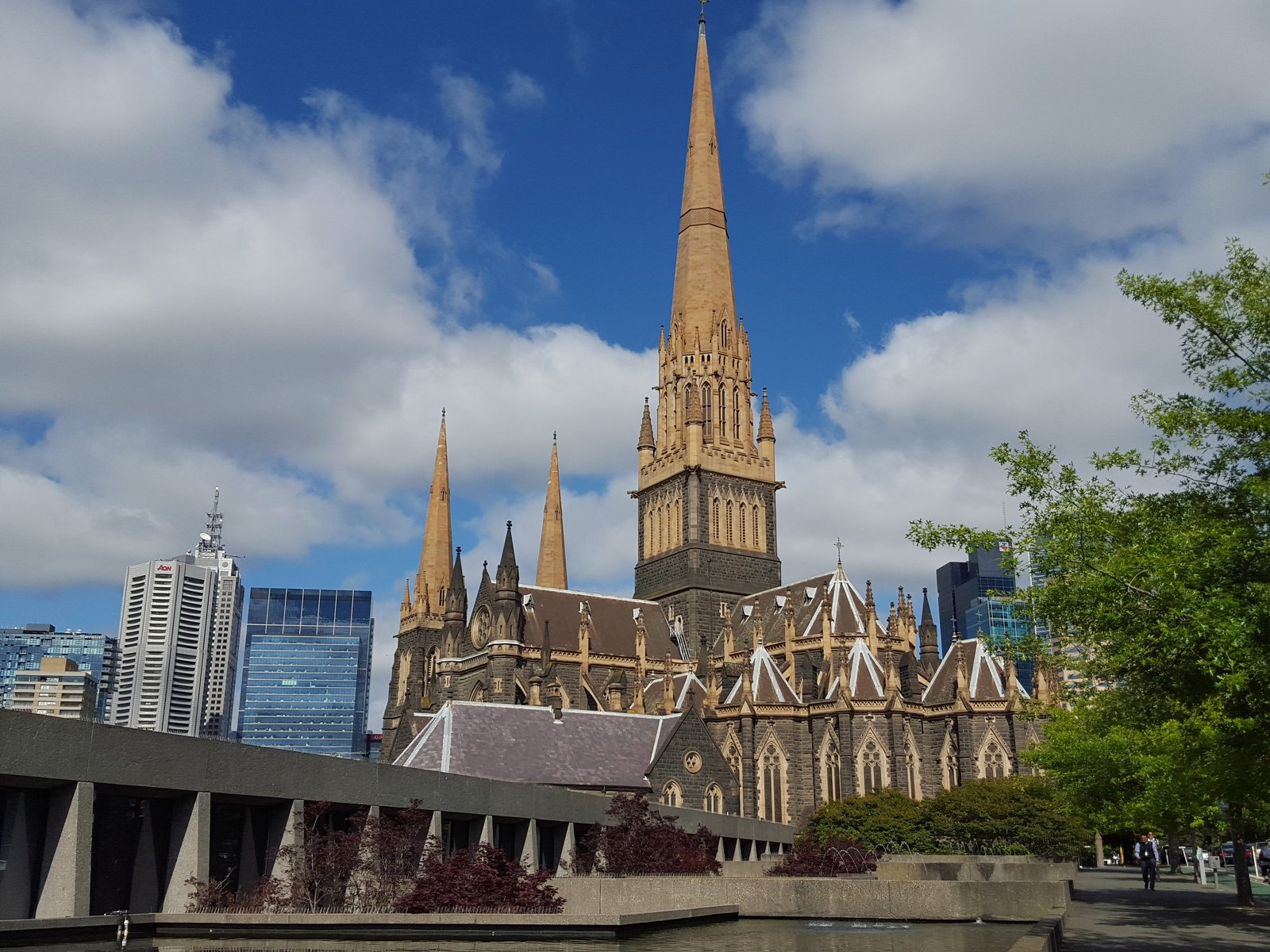 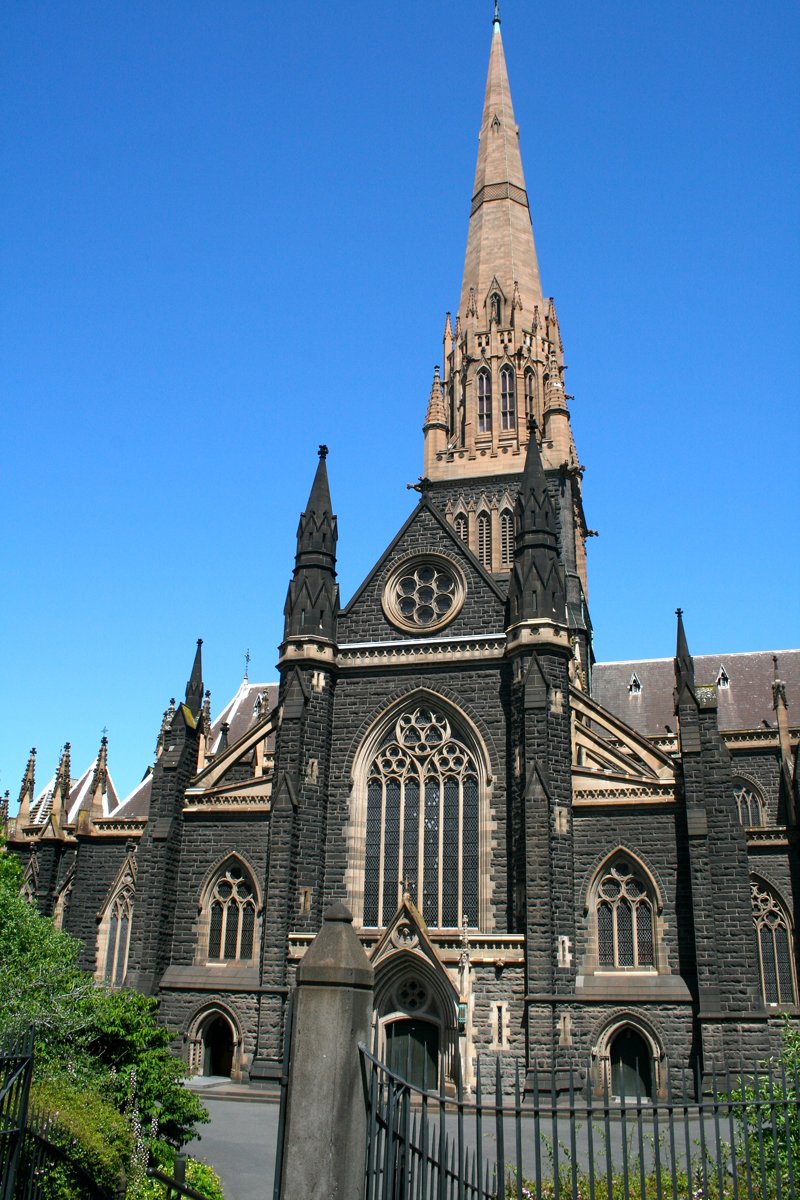 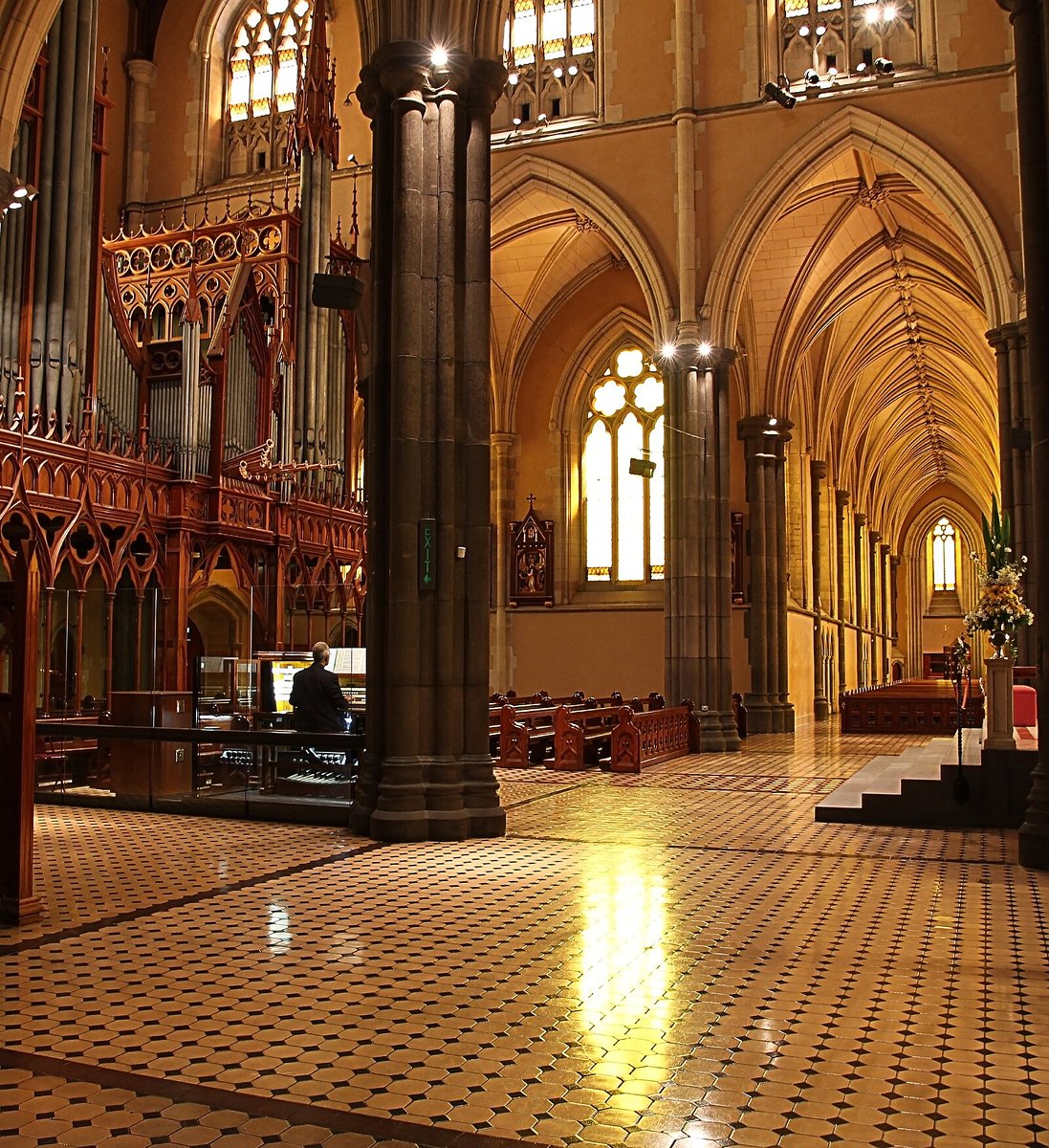 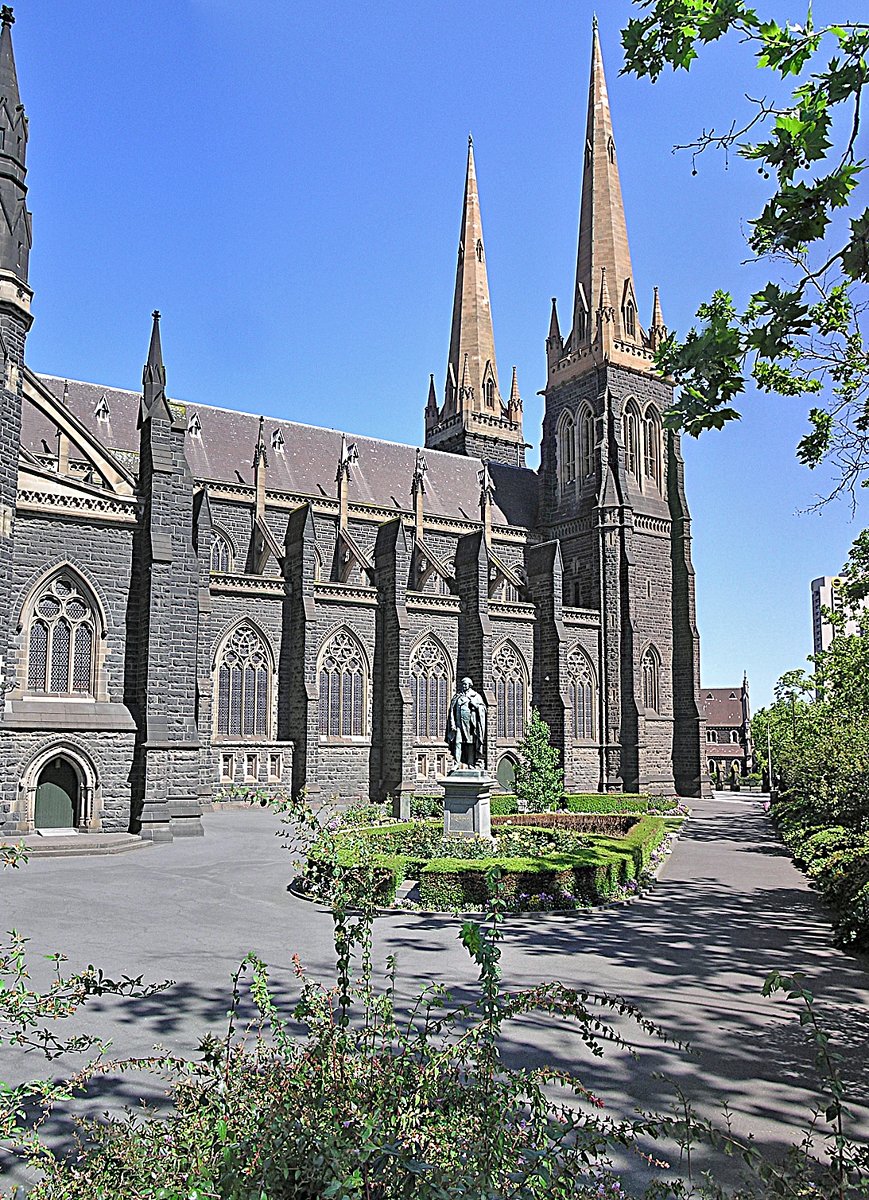