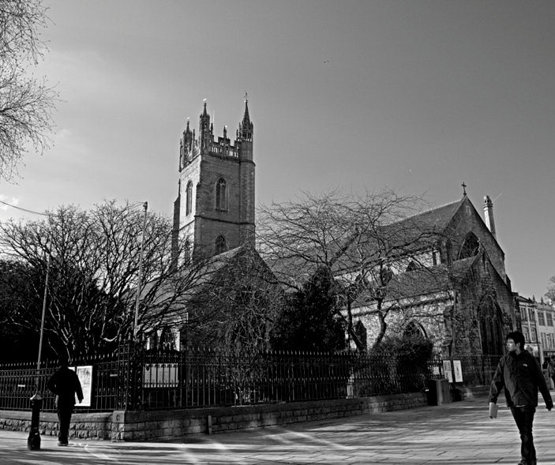 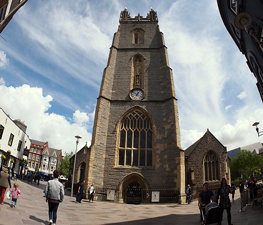 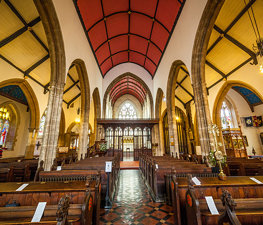 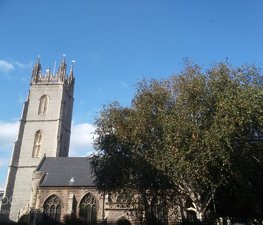 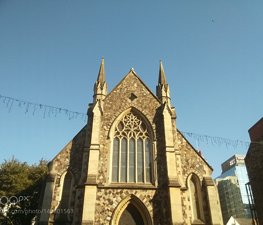 St John the Baptist Church is a Grade I listed parish church in Cardiff, Wales, the only church dating to pre-Medieval times in Cardiff city centre and the only medieval building other than Cardiff Castle.

Black's Picturesque Guide through Wales (1851) described St John's as "an ancient and finely proportioned edifice, with a noble quadrangular tower, surmounted by pierced battlements and four open gothic pinnacles... It is justly admired, and forms a conspicuous feature in every view of the town." The same remains true today, with good views of the church from Church Street, Trinity Street and Working Street in the city centre.

Newman describes the pinnacled west tower as a "magnificent marker". At a height of over 40 metres the tower is in four stages, faced in grey limestone ashlar with details in buff coloured Dundry stone.

The church was built in 1180 as a chapel of ease for the larger St Mary's Church, itself founded by Benedictine monks from Tewkesbury Abbey. Originally constructed of blue Lias, a Jurassic stone with layers of fossilised shells, it was sourced from Aberthaw. The walls were then originally dressed with an Oolitic freestone sourced from Dundry.

St John's was sacked during a rebellion of Owain Glyndwr in 1404. The church was rebuilt in the second half of the 15th Century and given a perpendicular tower with a peal of ten bells. Today it still has a crown of openwork battlements, reminiscent of churches in the West Country of England, and is dated c.1490 because of the similar Jasper Tower of Llandaff Cathedral which was built at this time.

After the foundations of St Mary's were destroyed by the Bristol Channel flood of 1607, the two churches were worked as a dual-location parish until all main services were moved to St John in 1620.

In 1843, John Crichton-Stuart, 2nd Marquess of Bute paid for the construction of the Church of St. Mary the Virgin and St. Stephen the Martyr in Bute Street as a permanent replacement for St Mary's. This allowed the reconstruction of St John, with extensions to the church made in 1886-1897 using carboniferous limestone quarried from Culverhouse Cross. The churchyard wall was also rebuilt, using original Lias mixed with red sandstone in the walls, topped with coping stones of Devon sandstones from the Forest of Dean.

St John's stained glass windows date from circa 1855, in the north chapel, with references to the Bute family. Those in the north inner aisle date to 1869, by Morris & Co, with a top row of apostles designed by William Morris himself.

The church was increased in width with outer aisles added to St John's in 1889 and 1891. The old aisle windows were re-set and all the new building was re-surfaced with Sweldon limestone.

In 1952 St John's became a Grade I listed building, of exceptional architectural and historical interest.

The Anglican church of St. Margaret, Westminster Abbey is situated in 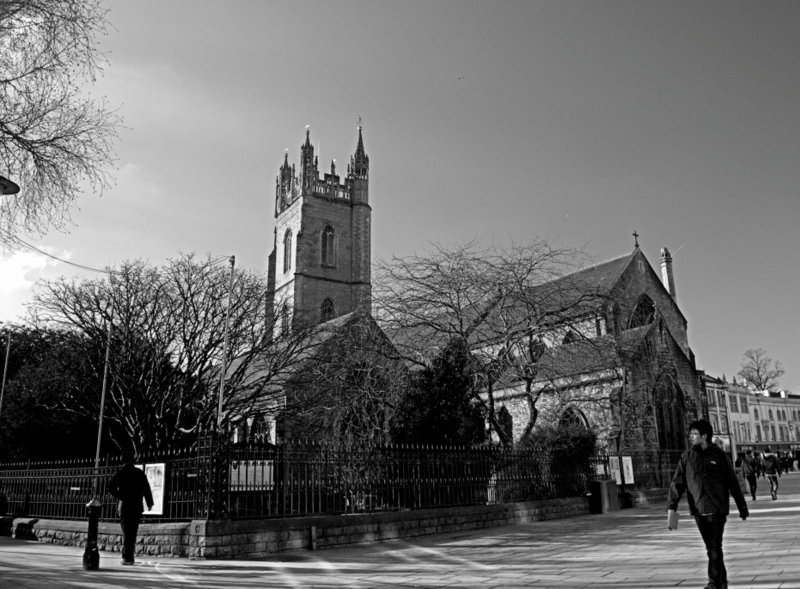 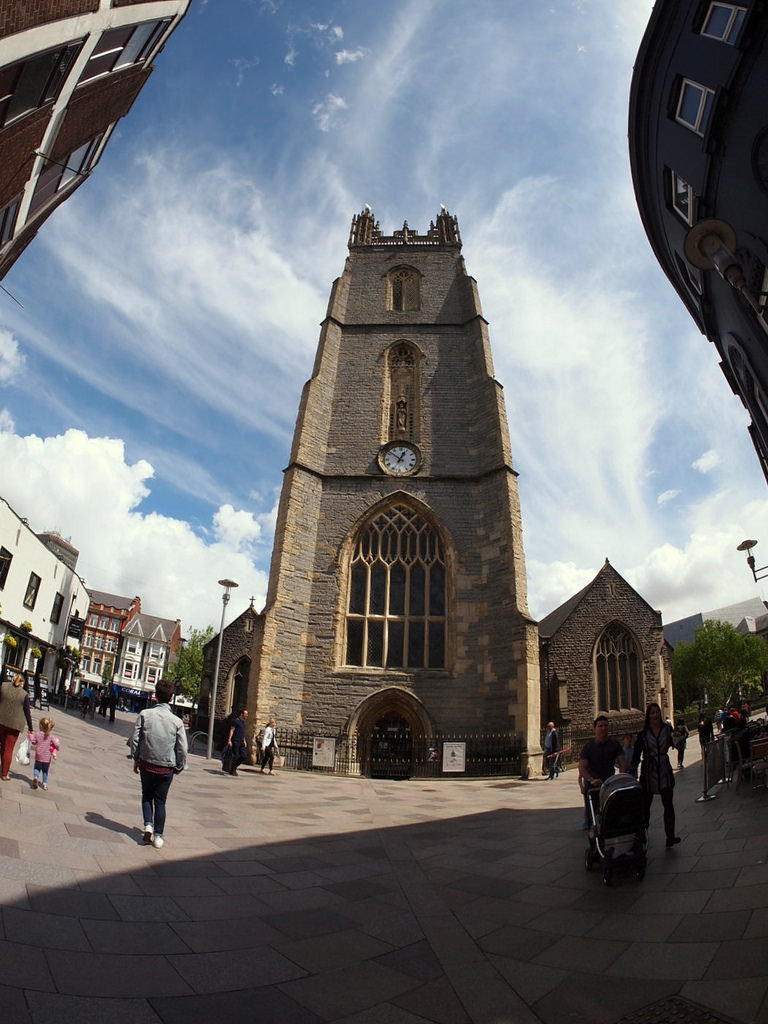 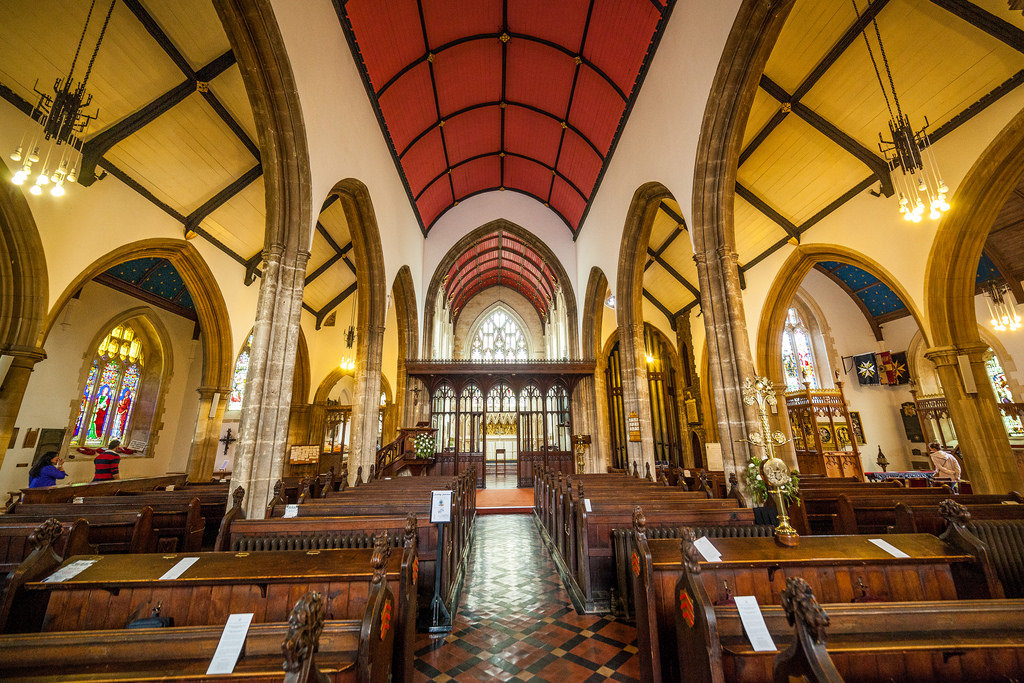 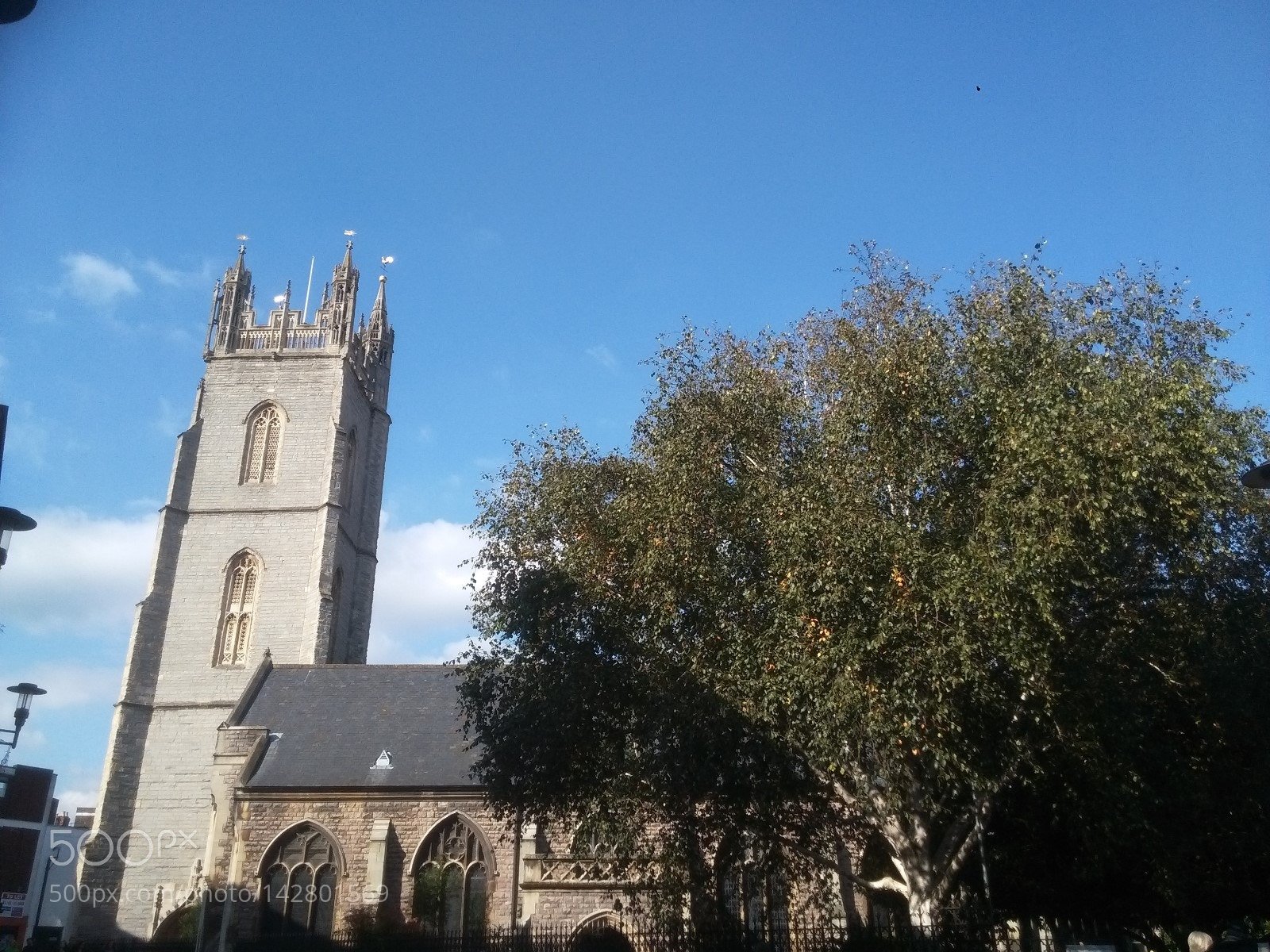 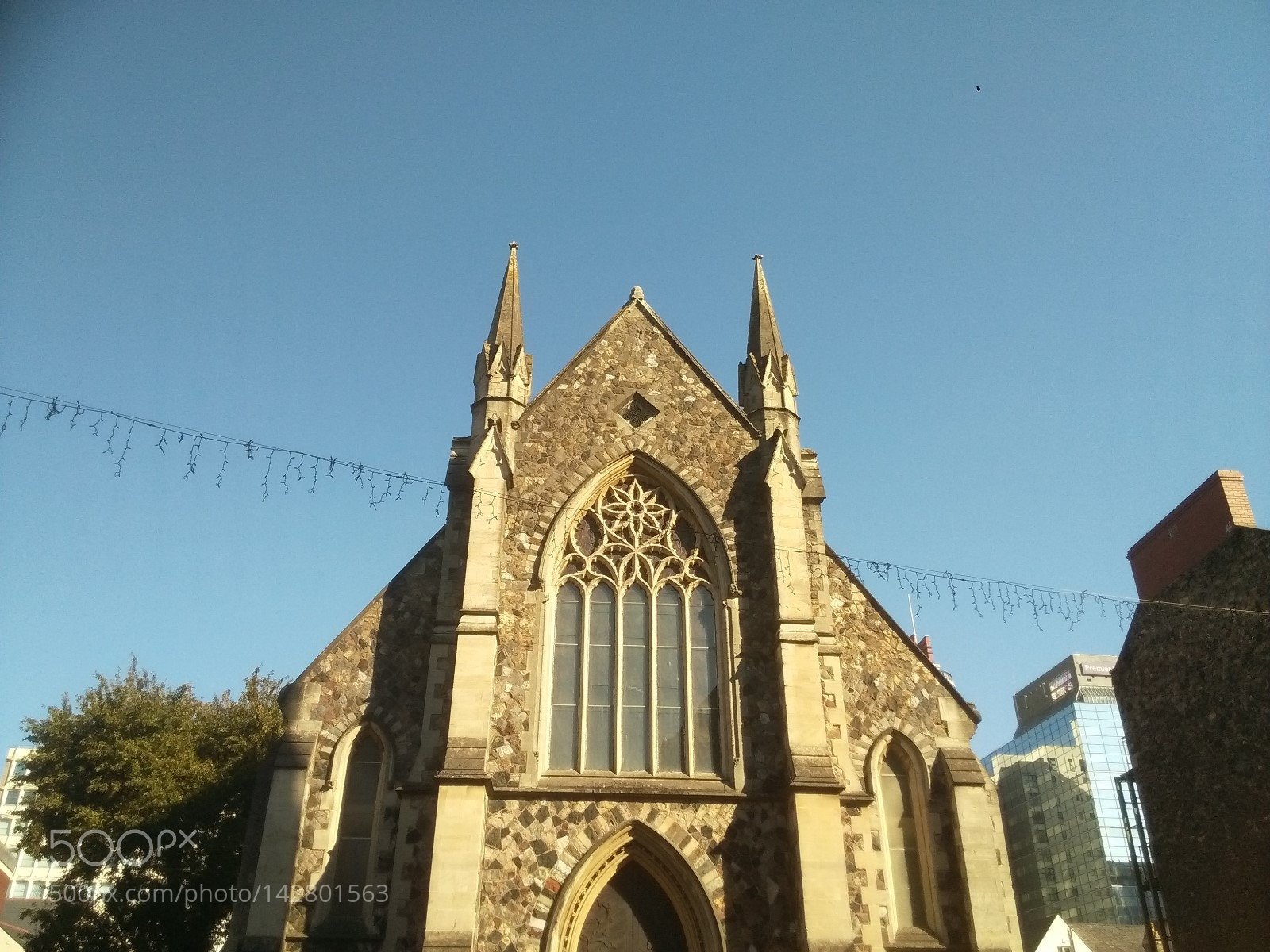 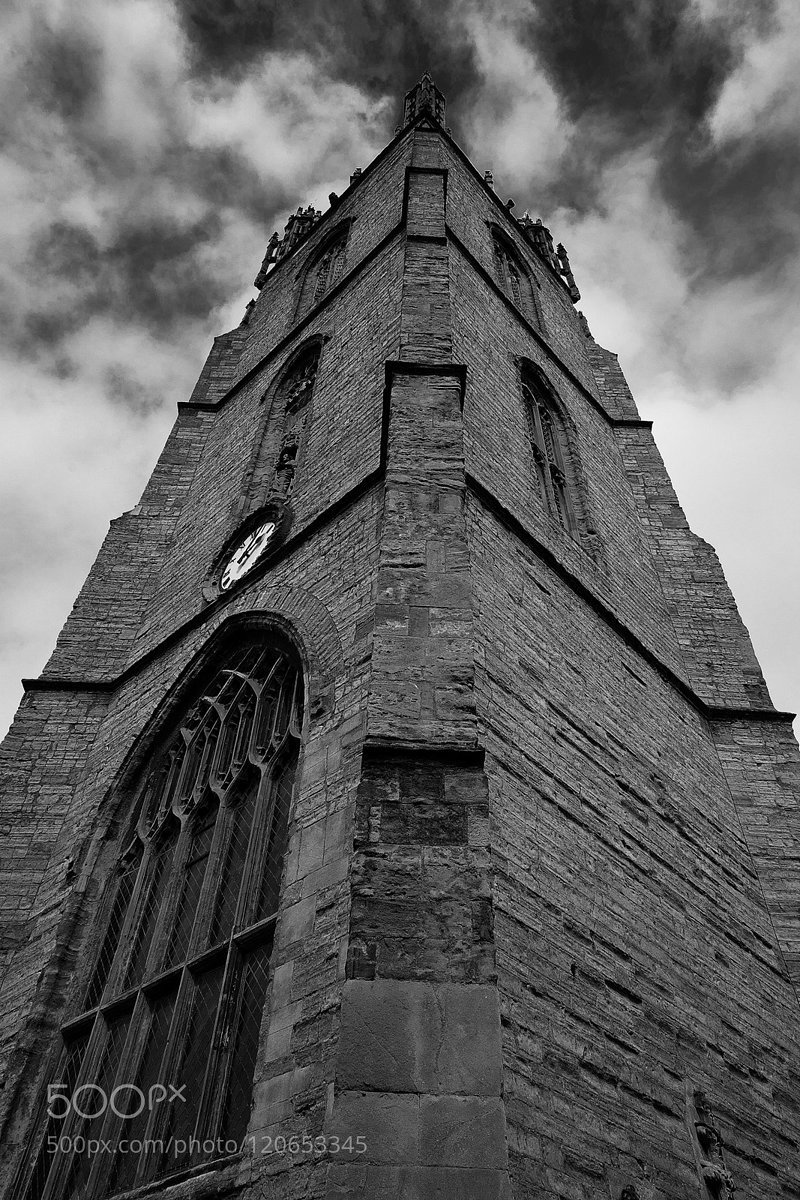