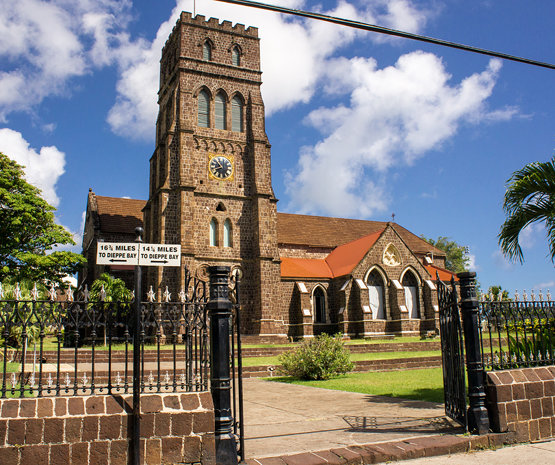 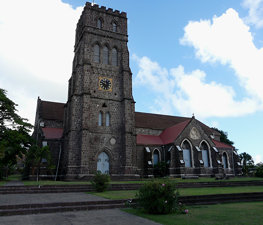 In 1670 French Jesuits built a church dedicated to Our Lady; in 1706, however, Notre Dame was burned to the ground by English soldiers billeted there. It was re-built and officially renamed in 1710 St. George's, in the incumbency of the Rev. Alexander Cockburn. St. George’s was taken over for Anglican worship in the 1720s. It was damaged again in the fire of 1763, but once again restored. The earthquake of 1842, followed by the hurricane of 1843, reduced it to so ruinous a condition that an entirely new building was planned.

The new Church was to be built to the east of the old, and the cornerstone was laid on October 22, 1844. The Church did not rise above its foundations; for twelve more years, the congregation continued to worship in the ruins of the old Church. In 1856 the present Church was begun, and it was consecrated on 25 March 1859. Seven years afterwards, it was gutted in the Great Fire of 1867; and was re-roofed, and restored in 1869.

In a series of hurricanes since 1989, the church was again damaged, but restoration work has since been undertaken on the building.

Tips & Hints
Arrange By:
Popular first New first
There are no tips nor hints for St. George's Anglican Church (Basseterre) yet. Maybe be you will be the first one to post useful information for fellow travellers? :)
6.7/10
1,126 people have been here
I've been here
Add to wishlist

The Berkeley Memorial stands in the centre of the Circus in

Nevis ship wreck is a wreck in Nevis, USA.

Fort Charles is an abandoned British fort on the island of Nevis. It

Nevis (pronounced ) is an island in the Caribbean Sea, located near

Add to wishlist
I've been here
Visited
The Quill (volcano)

The Quill is a stratovolcano located on the island of St. Eustatius in

Saba (pronounced ) is the smallest island of the Netherlands Antilles, 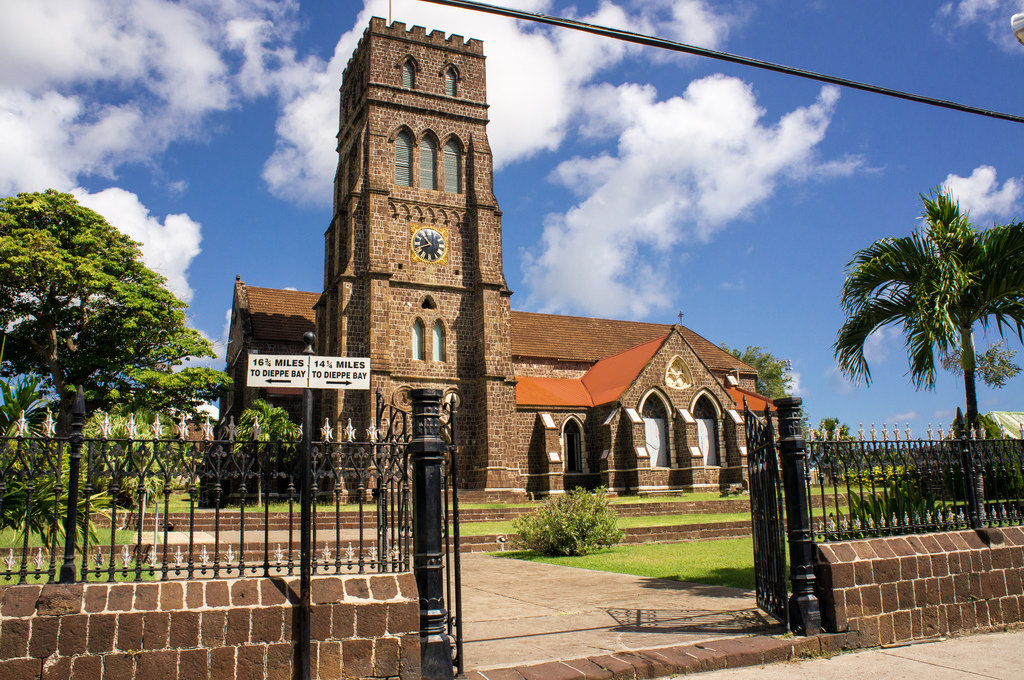 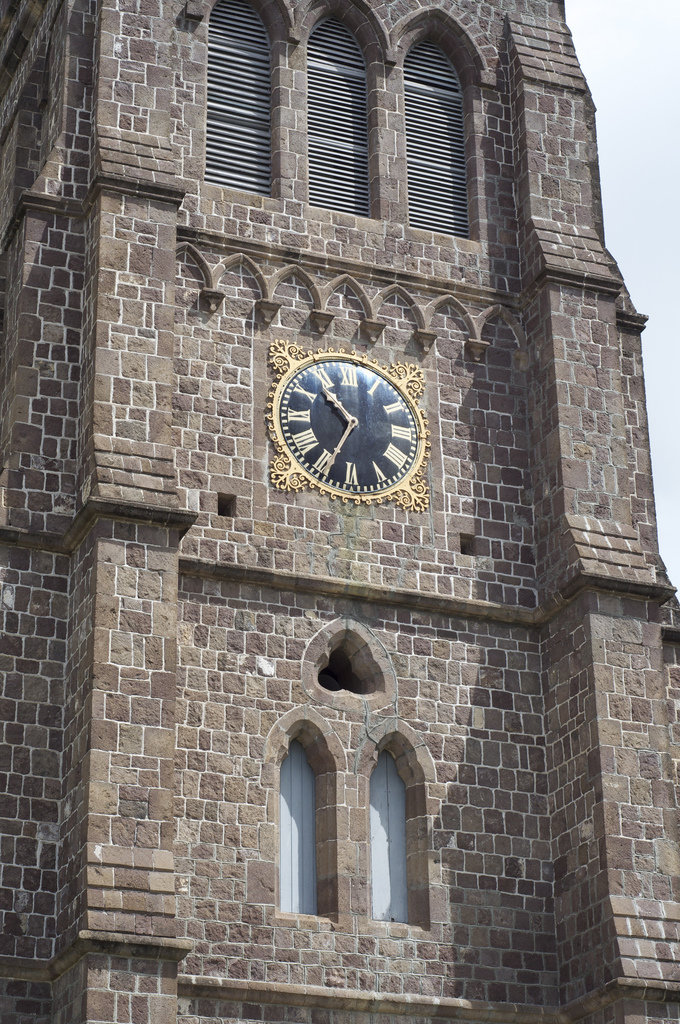