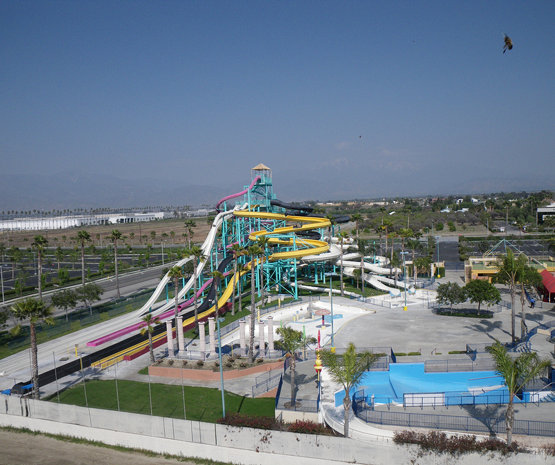 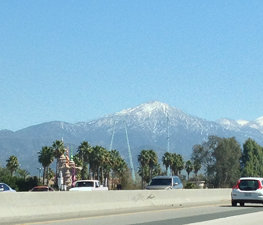 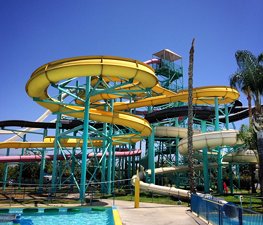 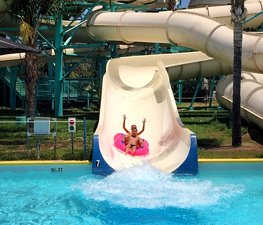 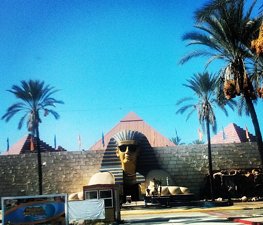 Splash Kingdom features over 20 water slides. This includes the water play structure, kids slide area, two massive pools which include obstacles, and the Tower of Kings featuring eight high thrill water-slides. Splash Kingdom also has a kiddie playground. The park has a rip tide where guests ride a static wave on a boogie board. The water park also includes two large swimming pools and a "Nile River" where guests could float around in a big circle in rafts. The park has the tallest freestanding water attraction tower in the country at 165 feet.Splash Kingdom recently added a 17,000 square foot wave pool, Castaway Cove. The parks tallest slide is the Anilelator at 90 feet tall, which is the tallest enclosed body-flume water slide in the world. Splash Kingdom also has a jacuzzi which is heated regularly. Pharaoh's Review - Things To Do Inland Empire

For entertainment, Splash Kingdom has a large outdoor amphitheater to hold concerts. Bands have also performed in the Upper Deck Sports Lounge . The venue also has a large veranda seating balcony which is adjacent to the park's bar and lounge. Many musicians and bands have performed at Splash Kingdom, including Jeremy Camp. For food, it has a variety of food stands around the park including The Snack Shack, Upper Deck Sports Lounge and Bar, The Sweet Shoppe, Tropical Smoothies, and the Splashin' Cafe which includes several dining rooms, large variety of pizza, burgers, salads, pasta, beverages and deserts. Former restaurants include the Grand Pizza Buffet, Casa Mexicana, Pyramid Grill, Johnsonville Grill, and the Casablanca Restaurant and Ultra Lounge.

Splash Kingdom recently opened the Upper Deck Sports Lounge, the venue has a complete bar, and lounge sections to accommodate any group size. The lounge has several couches and tables, an outdoor balcony with fire-pit tables and a bar, as well as three 35 foot HD screens, and one 50 foot HD screen in the Splashin' Cafe to watch sports. The Upper Deck has a variety of foods and appetizers and regularly hosts bands on Friday nights. The Upper Deck also has a sky box section where guests can eat and have an aerial view of SkyTown Trampoline Park.

The Loft banquet facility is upstairs at Splash Kingdom and used for several private events and weddings, the banquet room is adjacent to a buffet which supplies food for the events. The banquet room is located next to the Upper Deck Sports lounge, veranda balcony with fire pit tables, as well as a private suite for special guests. The loft is split between a main banquet hall, as well as a large private party area with red velvet cabanas and chandeliers.

In 2011 Splash Kingdom announced that they would construct a 17,000 square foot wave pool for the 2012 season. The massive pool will be built where the carnival rides used to be. This was the largest and most expensive expansion to the park since its original opening. The renovation included a 17,000 square foot wave pool, an activity lagoon, racing slides, new entrance plaza, rental cabanas, and shaded lounge chairs. The park closed in early 2012 to start construction for the expansion. As a part of this renovation, the park is phasing out the Egyptian theme and going towards a beach theme. The sphinx in front of the park will have sunglasses added to it. Splash Kingdom also added a 12,000 square foot trampoline park called SkyTown. In five years, Splash Kingdom plans to have removed the fun park, and to add more waterpark attractions, making the park a full blown water-park.

Rhina Molina
Had a great time!

The Redlands California Temple is the 116th operating temple of The

The Gilman Ranch is a historic ranch, and stagecoach station on the

Add to wishlist
I've been here
Visited
Planes of Fame

Planes of Fame is an aviation museum located in Chino, California and

The Baitul Hameed Mosque (English: House of the Praiseworthy) is the 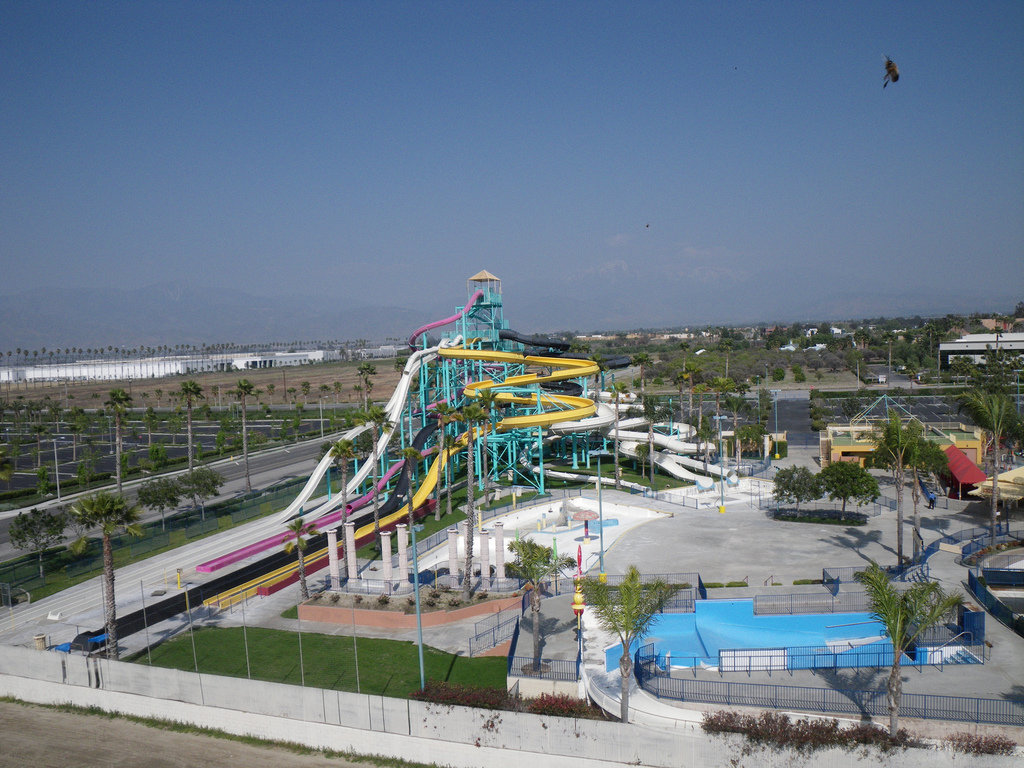 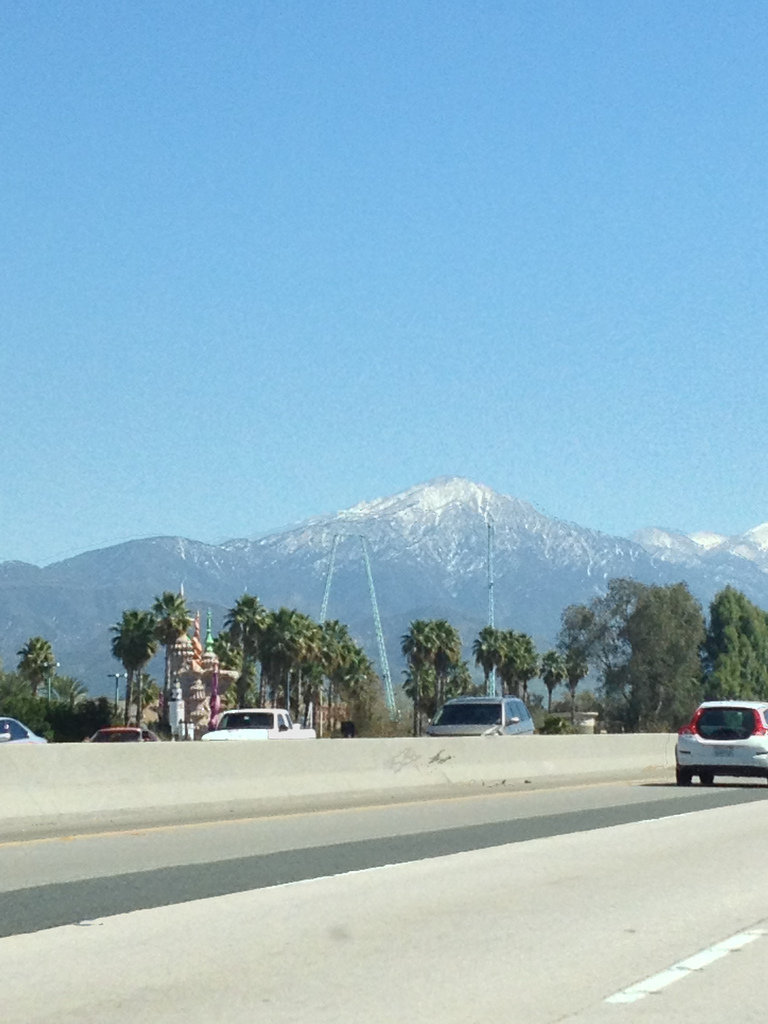 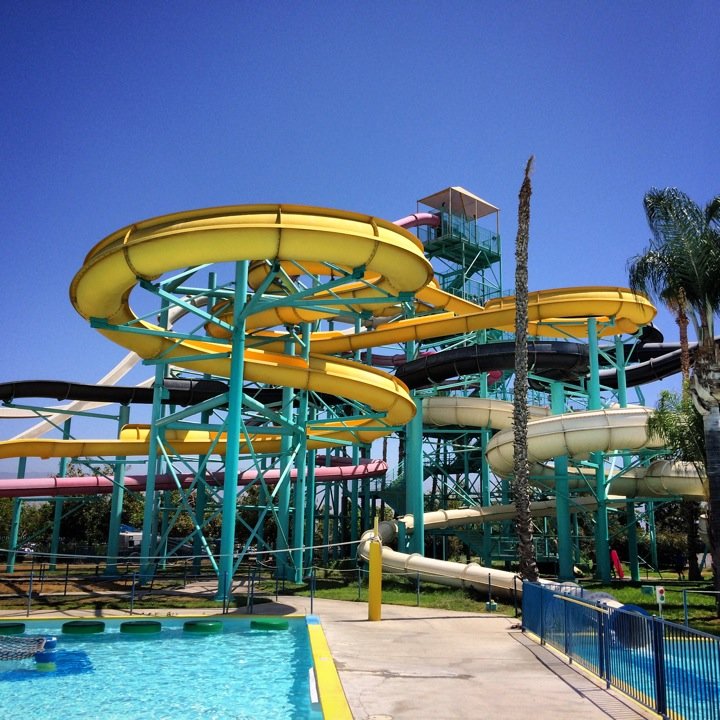 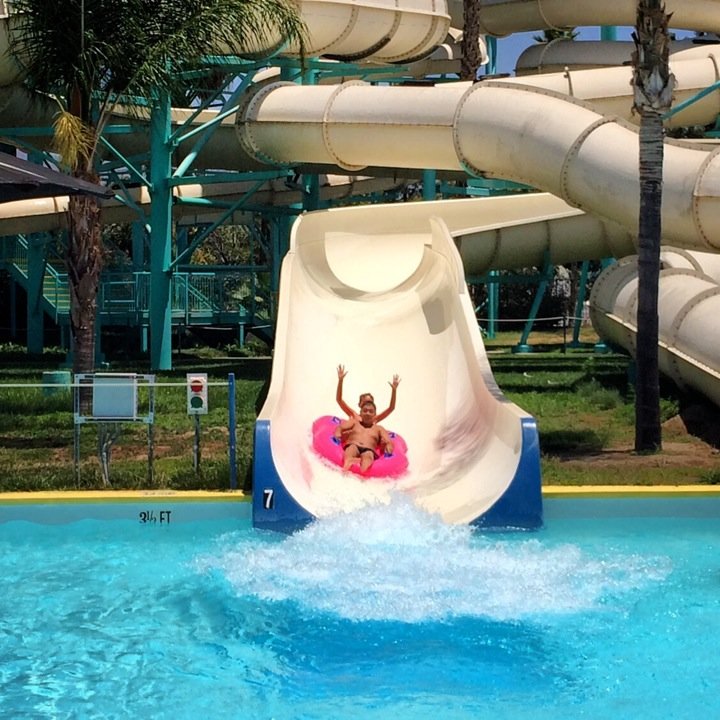 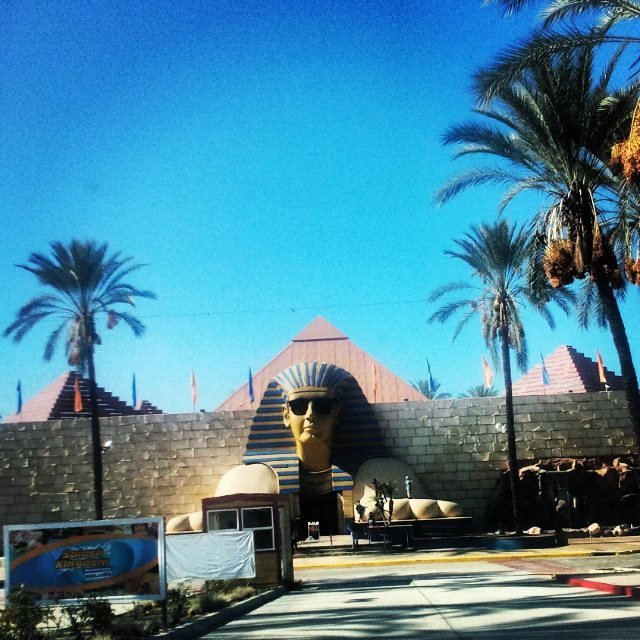 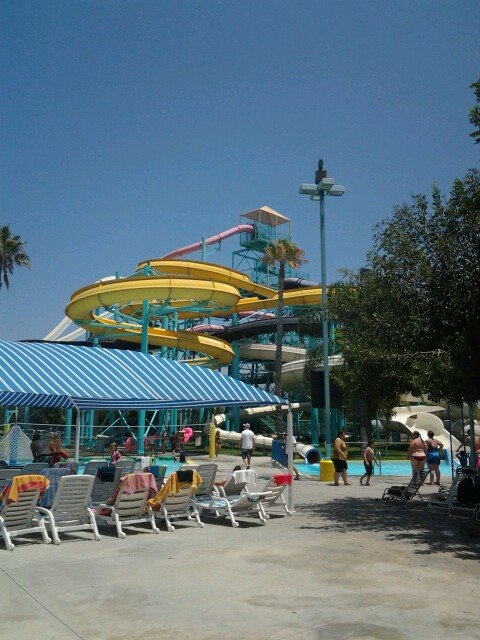 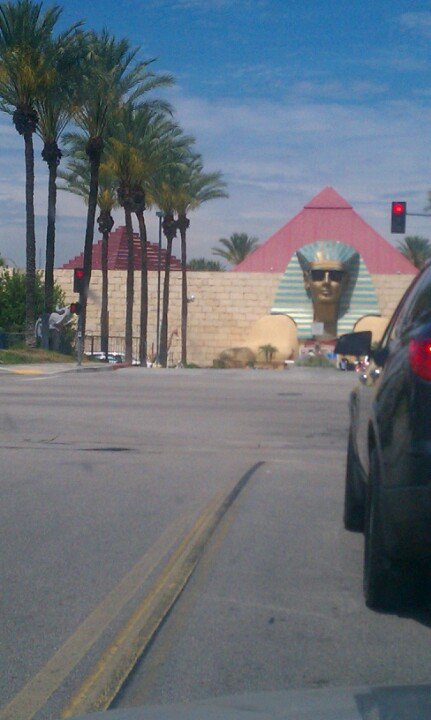 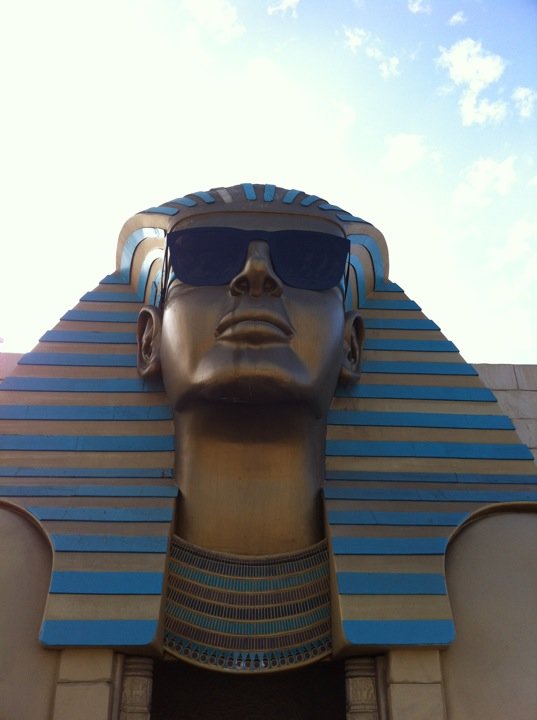 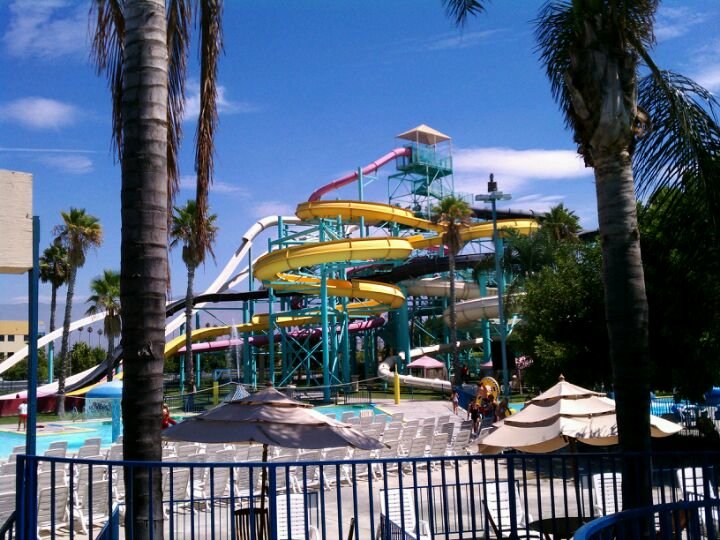 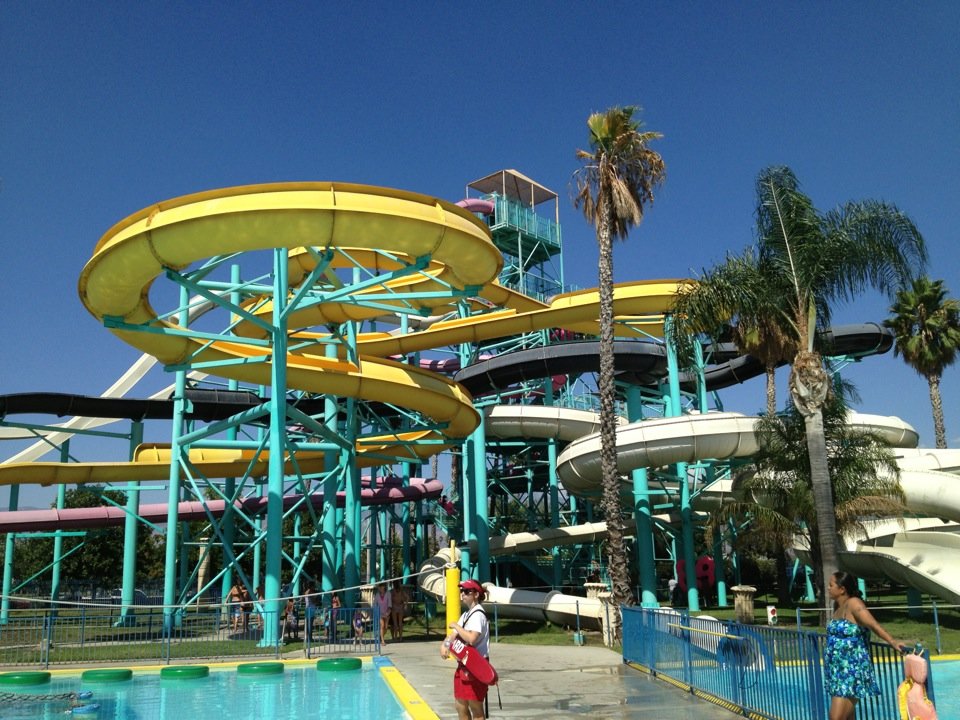 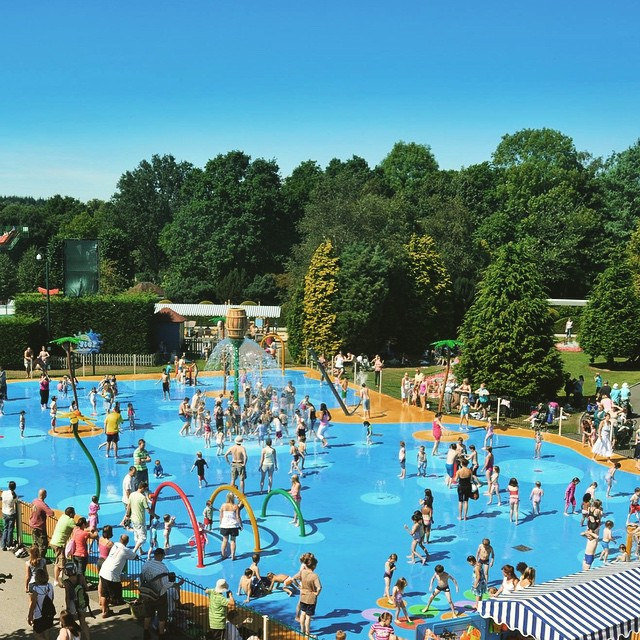 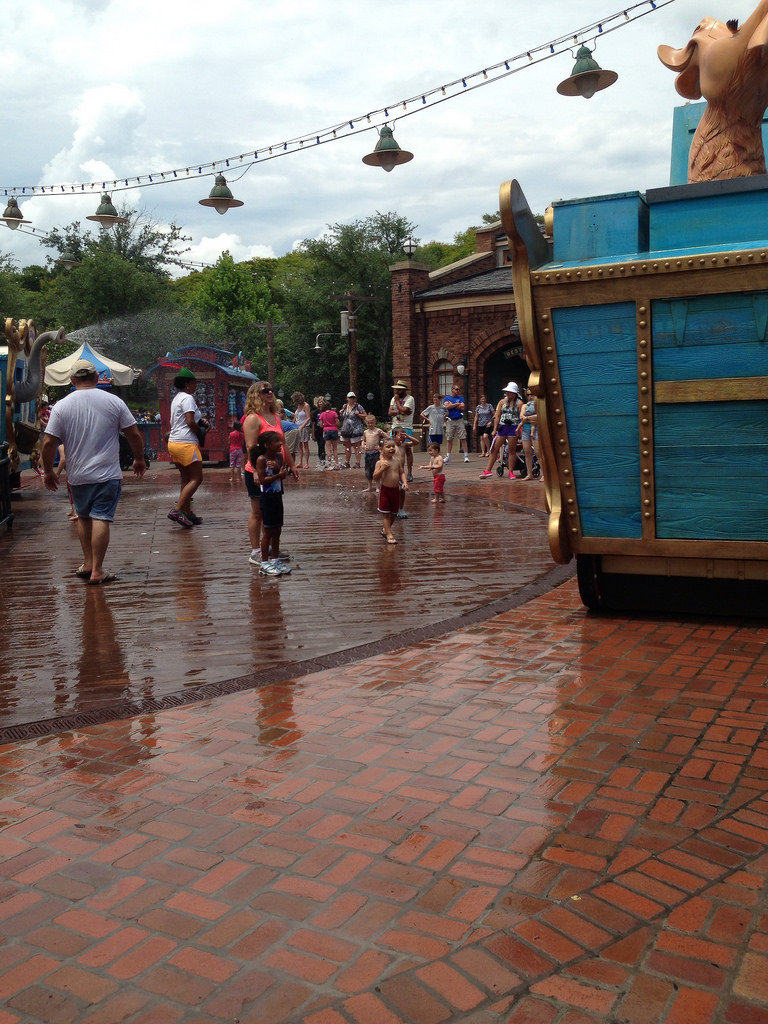 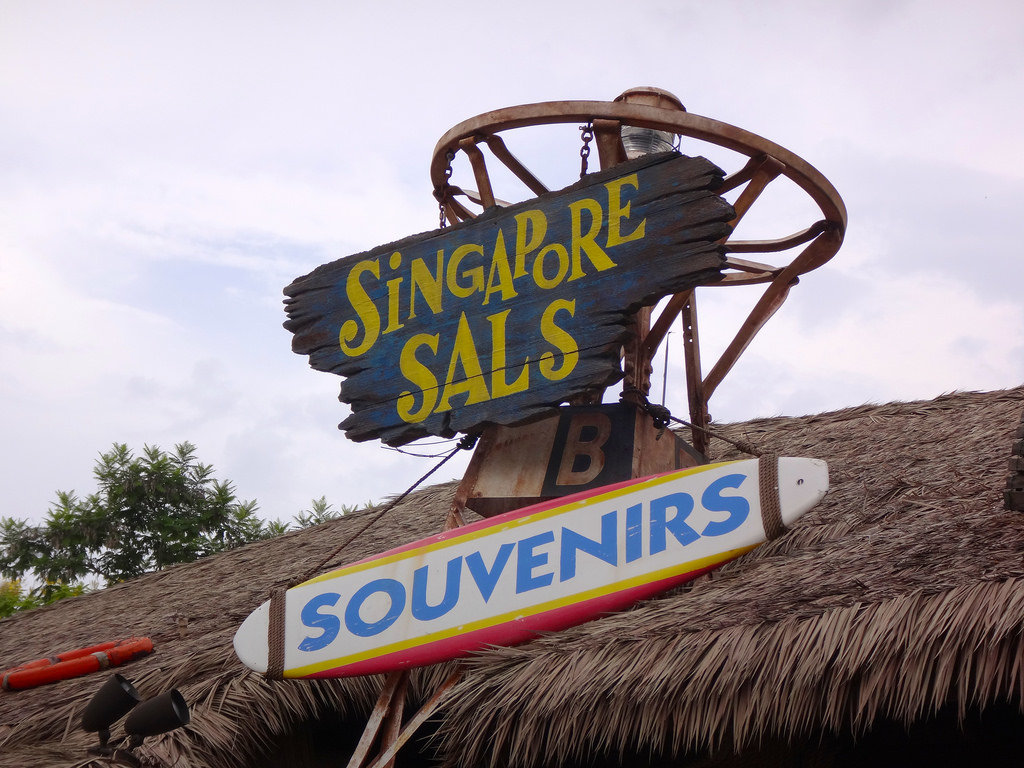 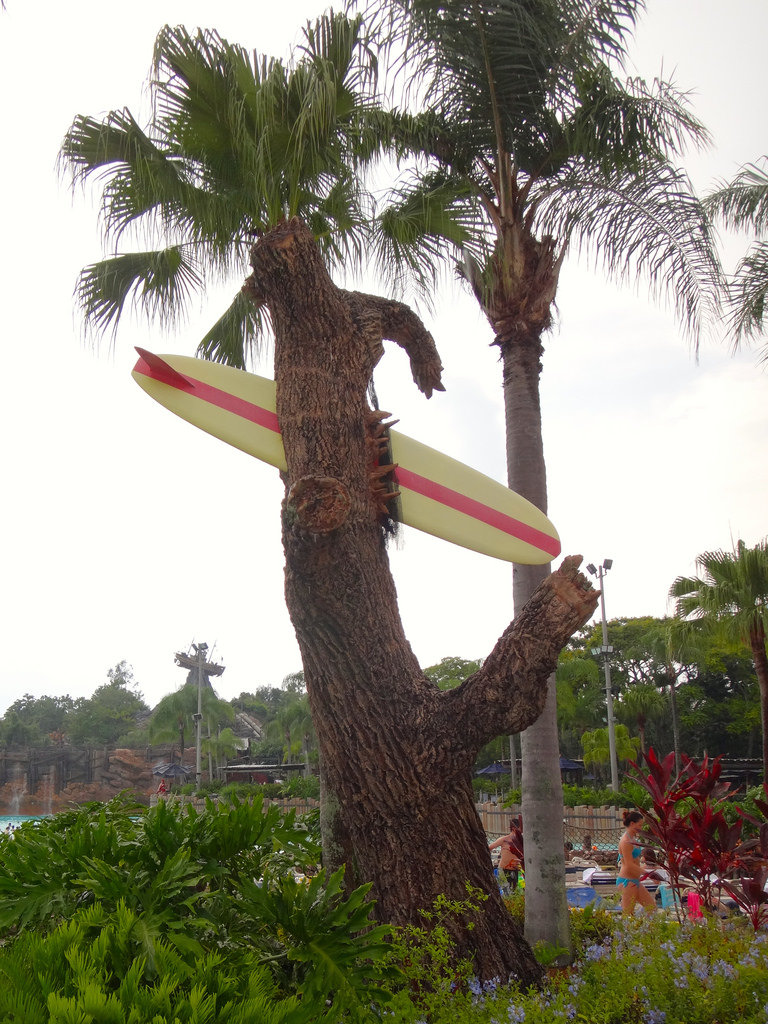 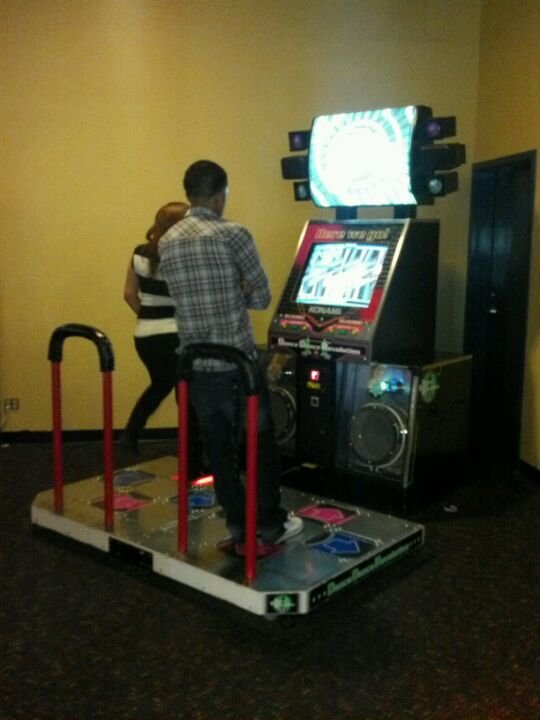 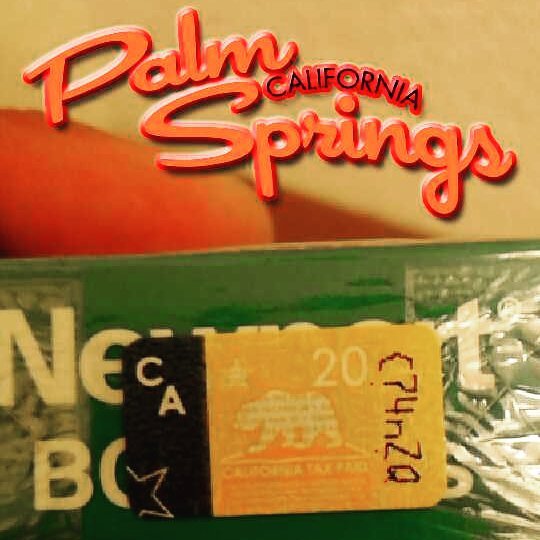 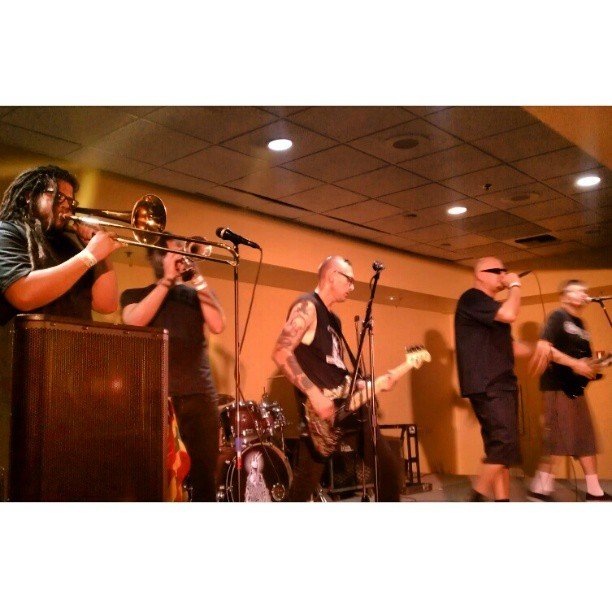 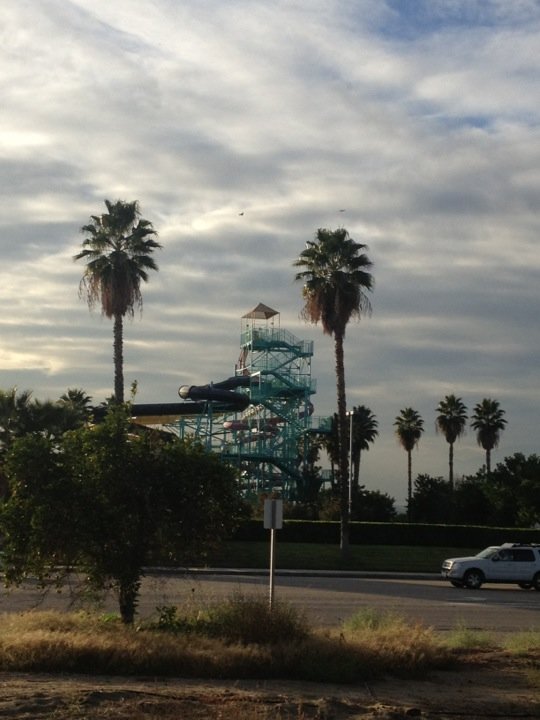 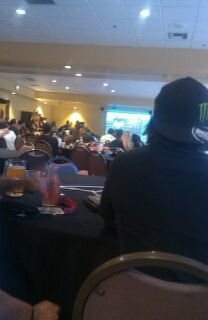 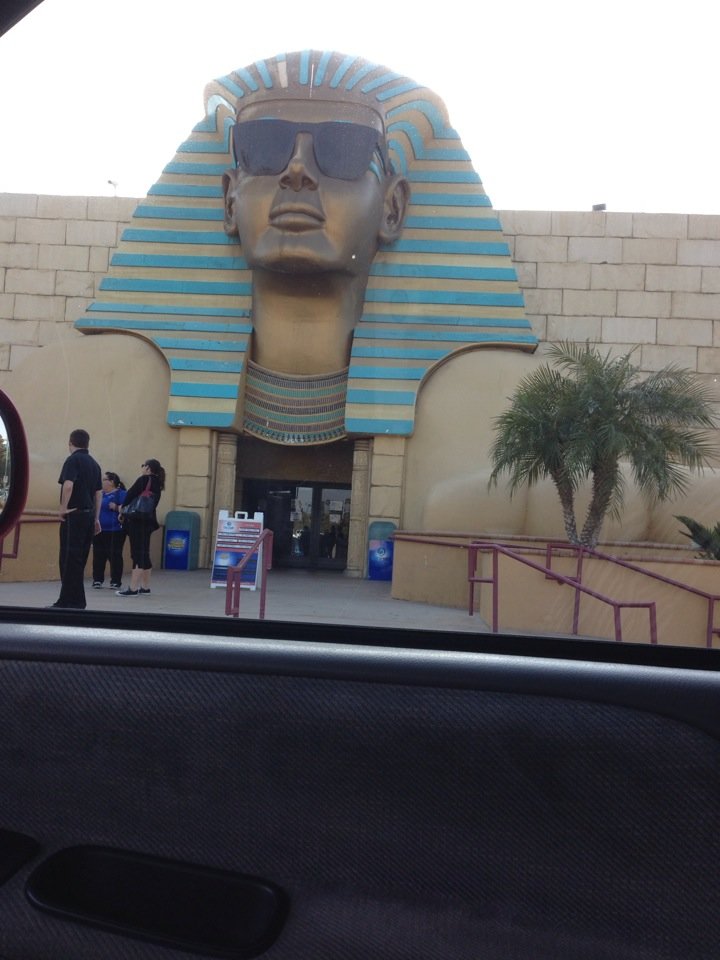 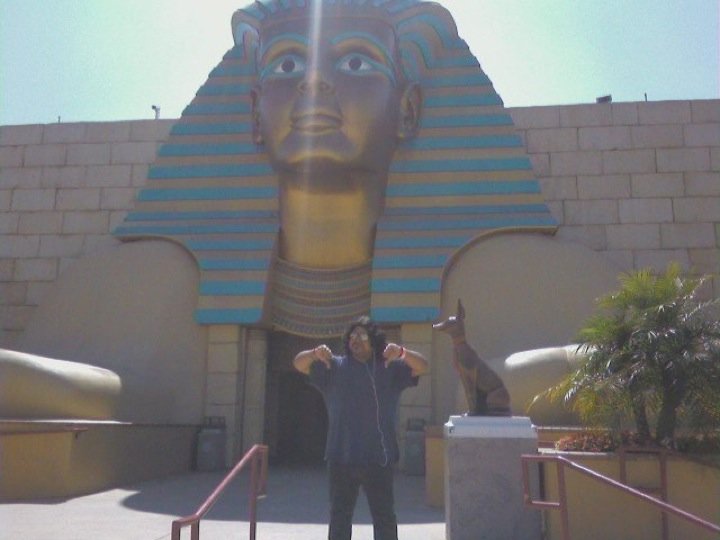