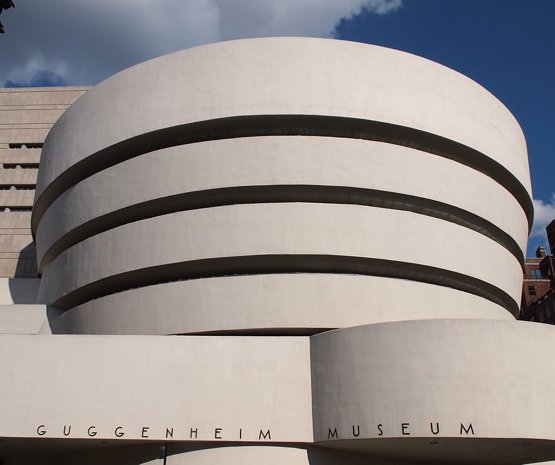 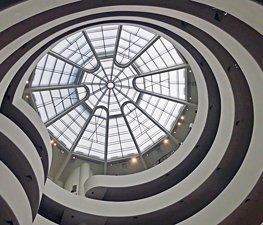 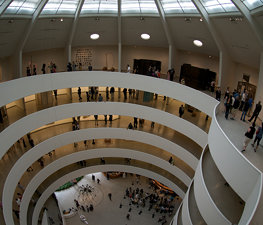 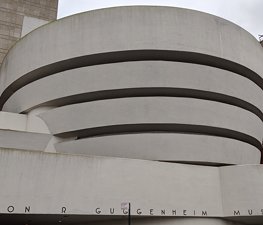 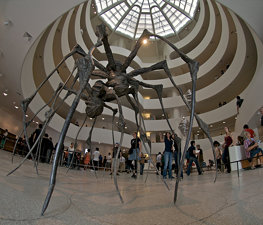 The Solomon R. Guggenheim Museum, which opened on October 21, 1959, is one of the best-known museums in New York City and one of the 20th century's most important architectural landmarks. Designed by Frank Lloyd Wright, the museum––which is often called simply The Guggenheim––is home to a renowned permanent collection of Impressionist, Post-Impressionist, early Modern, and contemporary art, and also features special exhibitions throughout the year. Located on the Upper East Side in New York City it is the second museum opened by the Solomon R. Guggenheim Foundation which was founded in 1937. 2009 will mark the 50th year anniversary of the Frank Lloyd Wright building, which recently underwent an extensive, three year renovation. In September, 2008, the Board of Trustees of the Solomon R. Guggenheim Foundation confirmed the appointment of Richard Armstrong as its fifth director, effective November 4, 2008. He succeeds Thomas B. Krens, who served as Director from 1998.

Guided by his art adviser, the German painter Hilla Rebay, Solomon Guggenheim began to collect works by nonobjective artists in 1929. (For Rebay, the word "nonobjective" signified the spiritual dimensions of pure abstraction.) At first, Guggenheim showed his work from his apartment; then, as the collection grew, he established The Solomon R. Guggenheim Foundation in 1937, for the "promotion and encouragement and education in art and the enlightenment of the public." Chartered by the Board of Regents of New York State, the Foundation was endowed to operate one or more museums; Solomon Guggenheim was elected its first President and Rebay its Director.

Two years later, in 1939, the Guggenheim Foundation's first museum, "The Museum of Non-Objective Painting", opened in rented quarters at 24 East Fifty-Fourth Street in New York and showcased art by early modernists such as Rudolf Bauer, Hilla Rebay, Wassily Kandinsky, and Piet Mondrian. Guggenheim continued to add to his collection, acquiring paintings by Marc Chagall, Robert Delaunay, Fernand Léger, Amedeo Modigliani and Pablo Picasso and the collection quickly outgrew its original space. So, in 1943, Rebay and Guggenheim commissioned Frank Lloyd Wright to design a permanent structure for the collection. It took Wright 15 years, 700 sketches, and six sets of working drawings to create the museum that now stands at its present location, at the corners of 89th Street and Fifth Avenue (overlooking Central Park). The building opened in the fall of 1959, ten years after the death of Solomon Guggenheim and six months after the death of Frank Lloyd Wright.

The distinctive building, Wright's last major work, instantly polarized architecture critics upon completion, though today it is widely revered. From the street, the building looks approximately like a white ribbon curled into a cylindrical stack, slightly wider at the top than the bottom. Its appearance is in sharp contrast to the more typically boxy Manhattan buildings that surround it, a fact relished by Wright who claimed that his museum would make the nearby Metropolitan Museum of Art "look like a Protestant barn."

Internally, the viewing gallery forms a gentle helical spiral from the ground level up to the top of the building. Paintings are displayed along the walls of the spiral and also in exhibition space found at annex levels along the way.

Most of the criticism of the building has focused on the idea that it overshadows the artworks displayed within, and that it is particularly difficult to properly hang paintings in the shallow windowless exhibition niches that surround the central spiral. Although the rotunda is generously lit by a large skylight, the niches are heavily shadowed by the walkway itself, leaving the art to be lit largely by artificial light. The walls of the niches are neither vertical nor flat (most are gently concave), meaning that canvasses must be mounted proud of the wall's surface. The limited space within the niches means that sculptures are generally relegated to plinths amid the main spiral walkway itself. Prior to its opening, twenty-one artists, including Willem de Kooning and Robert Motherwell, signed a letter protesting the display of their work in such a space.

In 1992, the building was supplemented by an adjoining rectangular tower, taller than the original spiral, designed by the architectural firm of Gwathmey Siegel & Associates Architects. By that point, the building had become iconic enough that this augmentation of Wright's original design was itself controversial.

In October 2005, Lisa Dennison, a longtime Guggenheim curator, was appointed director of the Solomon R. Guggenheim Museum in New York. Dennison resigned in July 2007 to work at the auction house Sotheby's.

From October 2005 to February 2008, Thomas Krens remained director of the Solomon R. Guggenheim Foundation, having won a decisive victory over billionaire philanthropist and board member Peter Lewis. A significant contributor to the Guggenheim Foundation, Lewis resigned in 2005 in a dispute with the board over the direction and leadership of the Foundation. Despite this, Krens and Lewis nevertheless continue to agree in describing the building itself as "the most important piece of art in the collection."

In February 2008, Krens stepped down as the Director of the Guggenheim Foundation, but remains an advisor to the Guggenheim's international expansion projects. The search for a new Director, who will head both the New York museum and the Foundation was recently completed with the Board's appointment of Richard Armstrong––formerly director of Pittsburgh's Carnegie Museum of Art––as its fifth director.

Between September 2005 and July 2008, the Guggenheim Museum underwent a significant exterior restoration.

In the first phase of this project, a team of restoration architects, structural engineers, and architectural conservators worked together to create a comprehensive assessment of the building's current condition that determined that the structure was, fundamentally sound. This initial condition assessment included:

Much of the interior of the building was restored during the 1992 renovation and addition by Gwathmey Siegel and Associates Architects. The 2005-2008 restoration primarily addresses the exterior of the original building and the infrastructure. This includes the skylights, windows, doors, concrete and gunite facades and exterior sidewalk, as well as the climate-control. The goal will be to preserve as much significant historical fabric of the Solomon R. Guggenheim Museum as possible, while accomplishing necessary repairs and attaining a suitable environment for the building's continuing use as a museum.

On September 22, 2008, friends and supporters of the Guggenheim gathered in New York to mark the completion of the 3-year renovation of the Frank Lloyd Wright-designed Museum. New York City Mayor Michael R. Bloomberg officiated at the celebration that culminated, just after sunset, with the premiere of artist Jenny Holzer's tribute For the Guggenheim, a work commissioned in honor of Peter B. Lewis, who was a major benefactor in the Museum restoration project. Other supporters of the $29 million dollar restoration included the Board of Trustees of the Solomon R. Guggenheim Foundation, and the Department of Cultural Affairs of the City of New York. Additional support was provided by the State of New York and MAPEI Corporation. The museum was registered as a National Historic Landmark on October 6, 2008.

The building has become a cultural icon and can be seen widely throughout popular culture. It is featured in Matthew Barney's The Cremaster Cycle, Bye Bye Birdie, L.A. Story, Men in Black, Downtown 81, and prominently in The International, where a major shootout occurs. The New Yorker magazine has included the museum multiple times on its cover and in various cartoons.

Ting
If u are an architecture buff, this is a must visit. I agree the architecture overwhelmes the art. I spent my first hour in awe with the interior space and hardly noticing the art!

Alex Robertson
really your experience seems to depend on how well you think the unique phenomenological format of the museum fits the show. but my god, encountering Agnes Martin's final painting here was a rush.

DailyCandy
With its iconic, circular white building the Guggenheim presents important & extensive collections of impressionist,postimpressionist, & modern art, as well as showing the work of present-day artists.

Krıstófer-Þórır D.
Frank Lloyd Wright’s architectural dream rivals the concept-driven modern art exhibits inside the museum. Audio guide is a good option & get a look at the boosktore ♥

May ♍
The Guggenheim Museum is one of NYC's greatest museums. The permanent collections are always exciting: get your fill of Kandinskys and Pollocks, admire a Picasso and a Mondrian. Food for the soul!

Harry
Very impressive museum! Must see even if just for the building designed by Frank Lloyd Wright. The promenade with the various galleries and exhibitions is unique and very well thought out!
Load more comments
foursquare.com
8.6/10
Natalya Murganova, Artem Sapegin and 489,447 more people have been here
I've been here
Add to wishlist

The Hayden Planetarium is a public planetarium located on Central Park 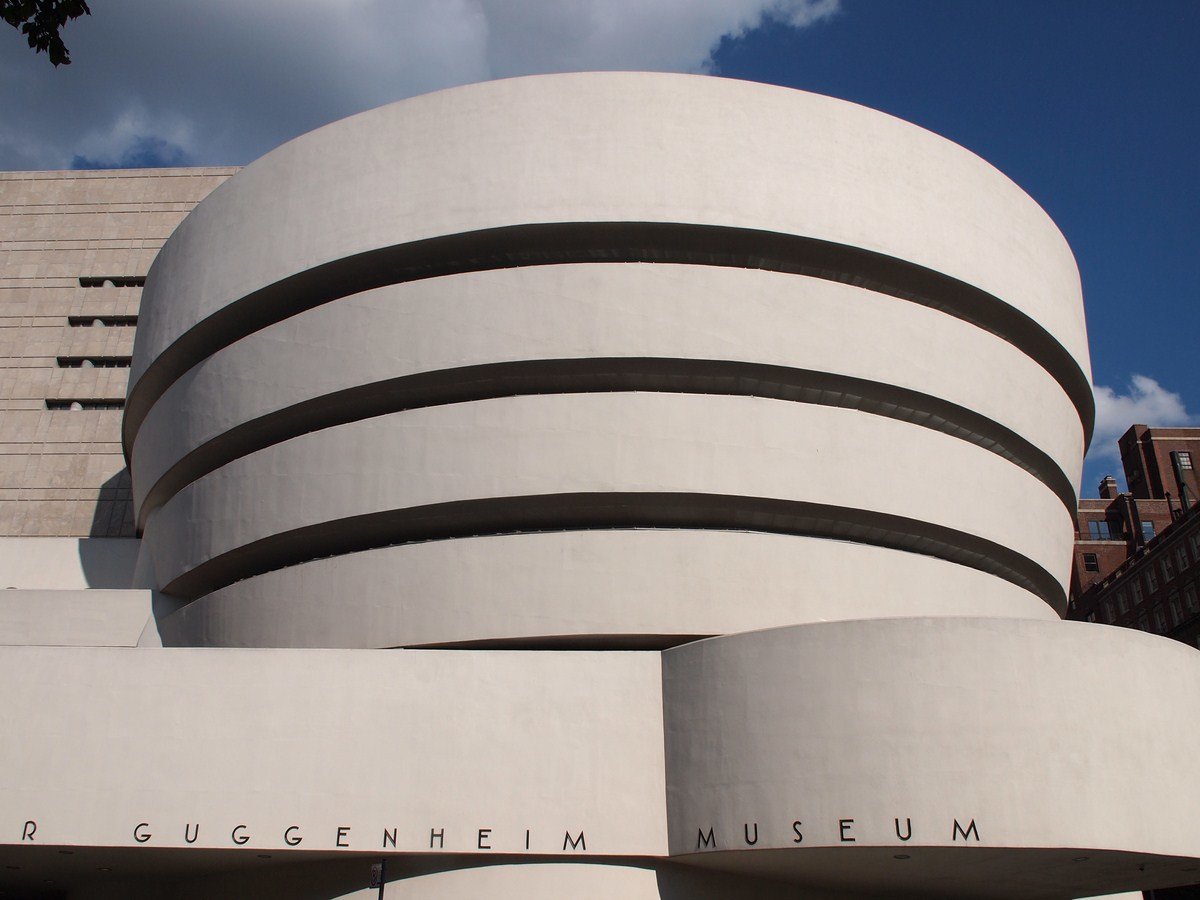 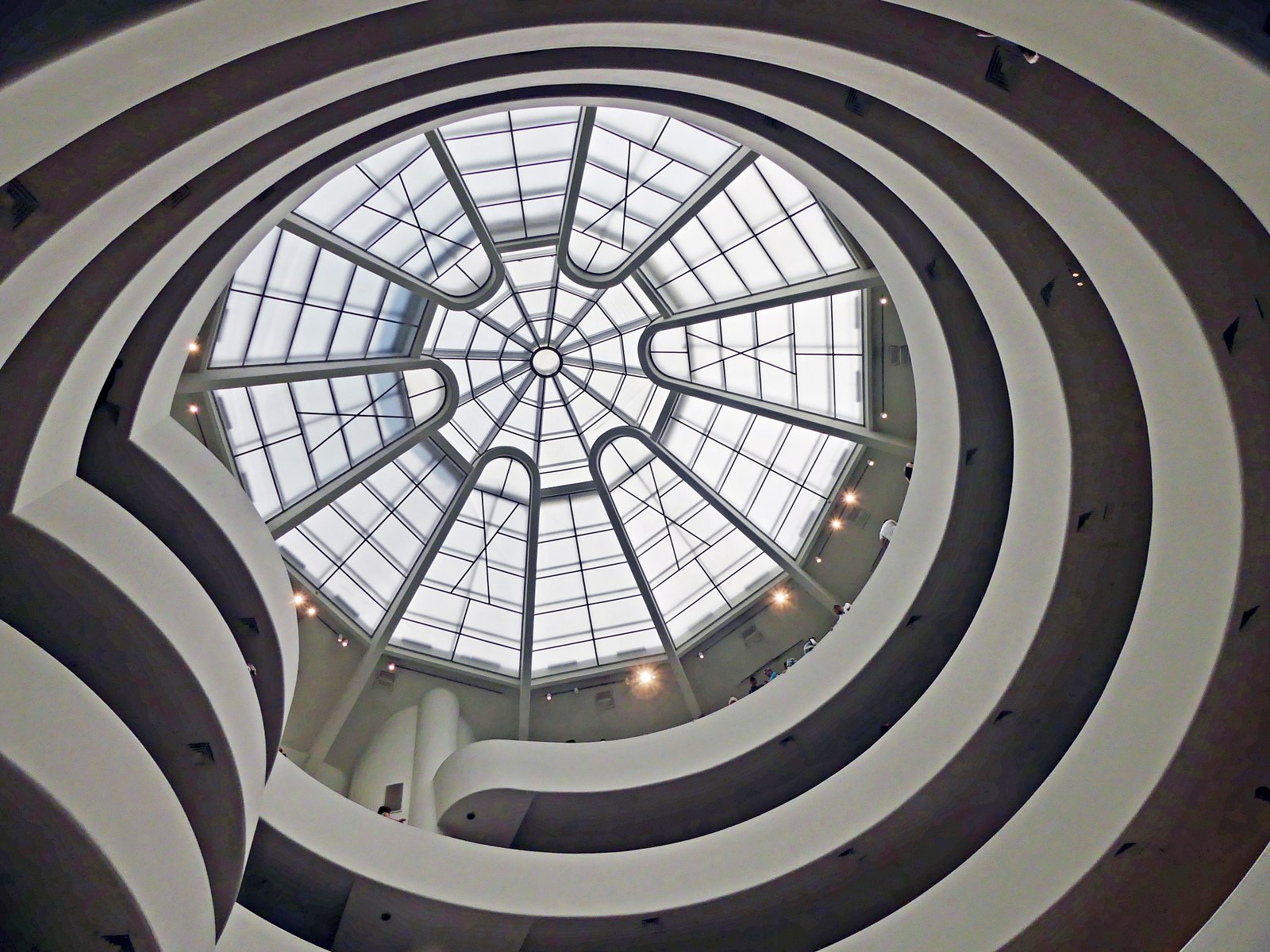 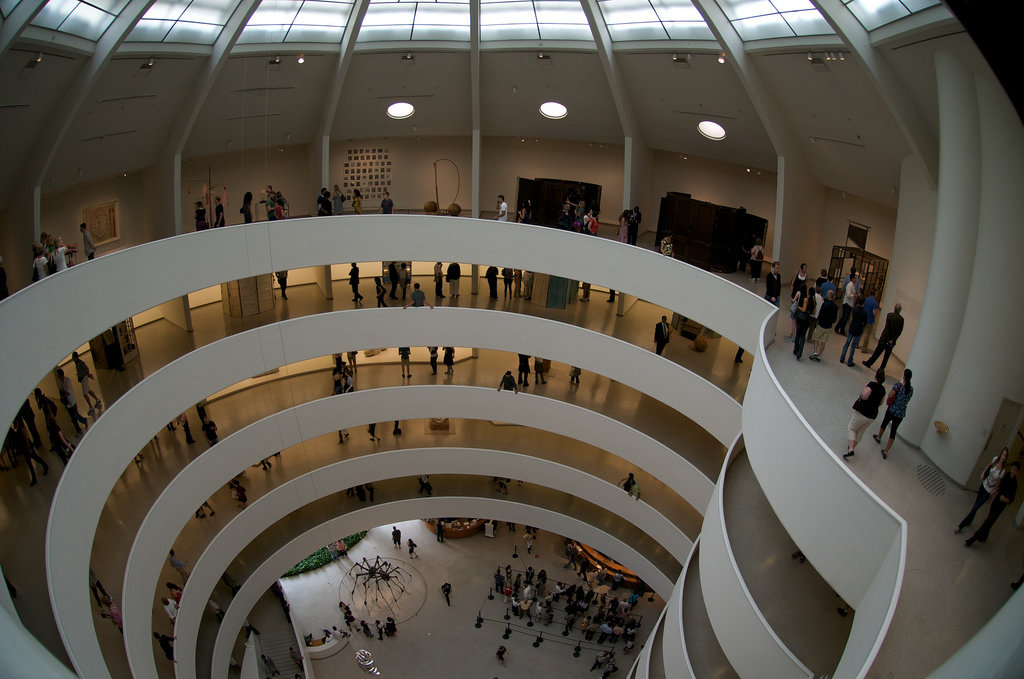 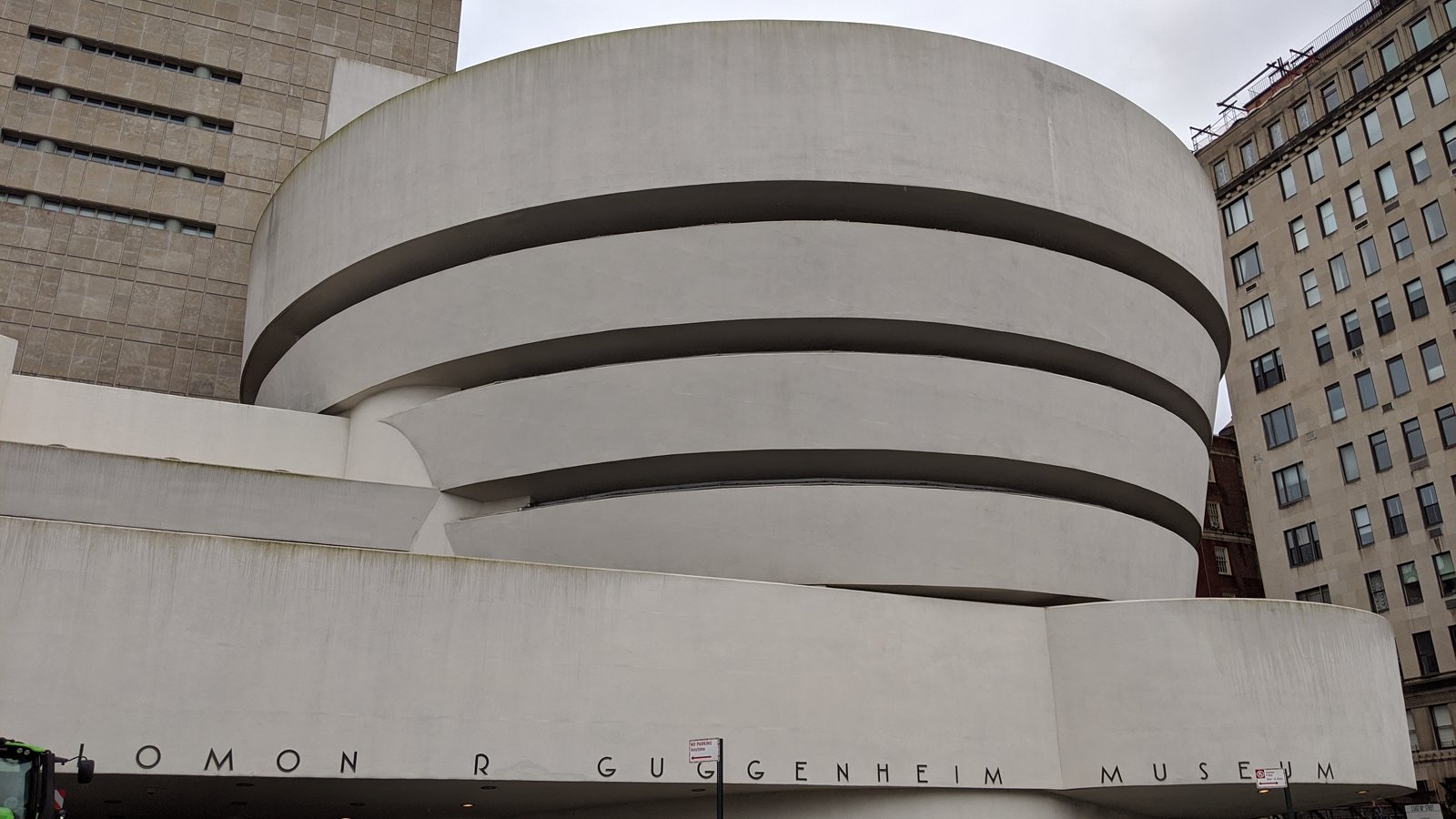 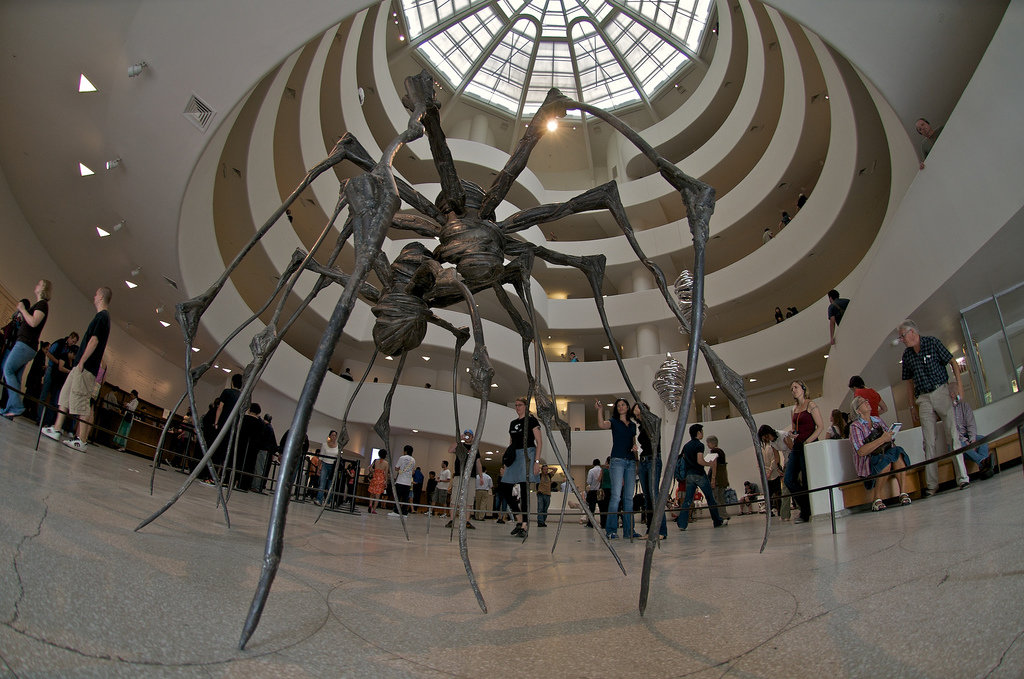 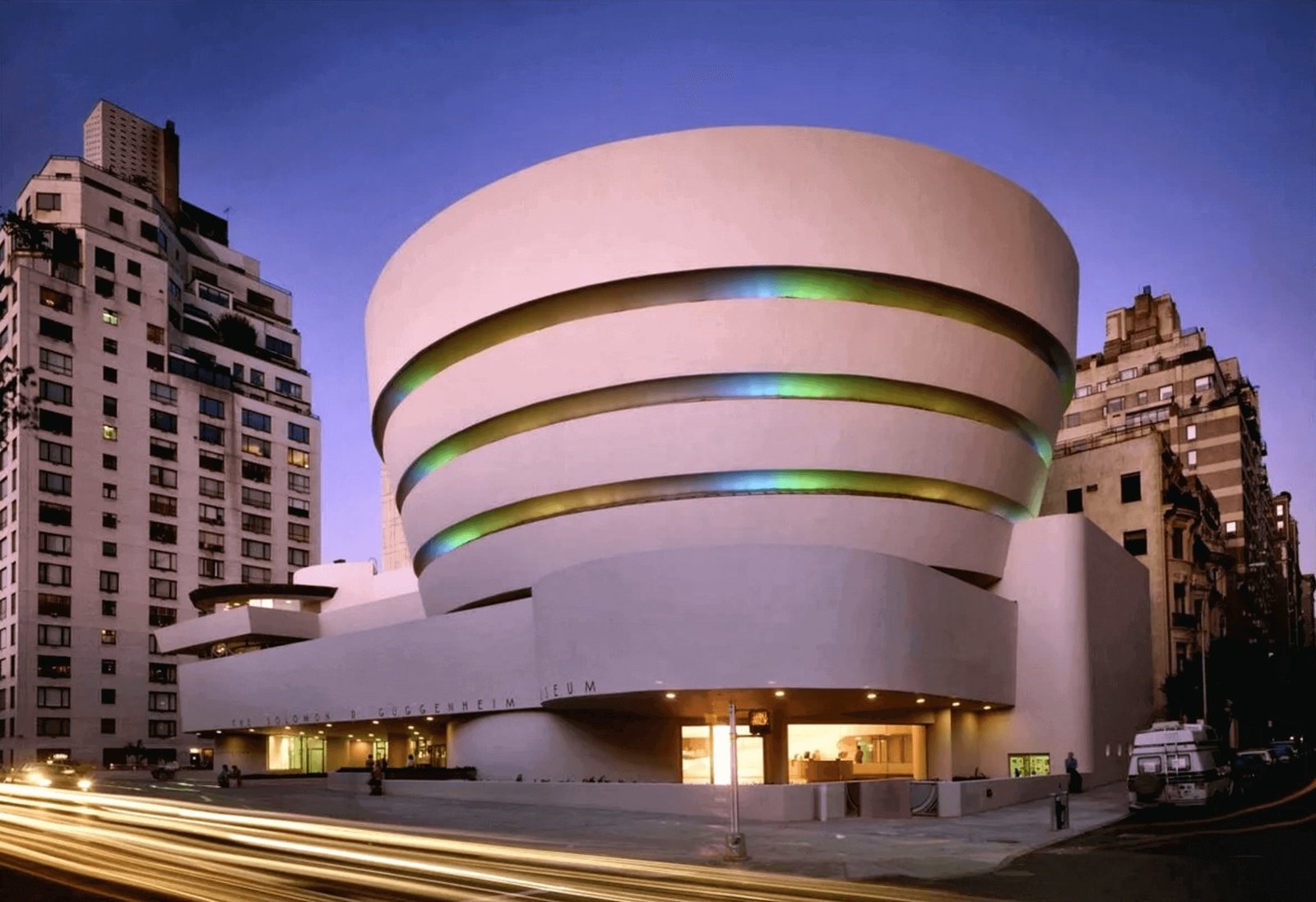 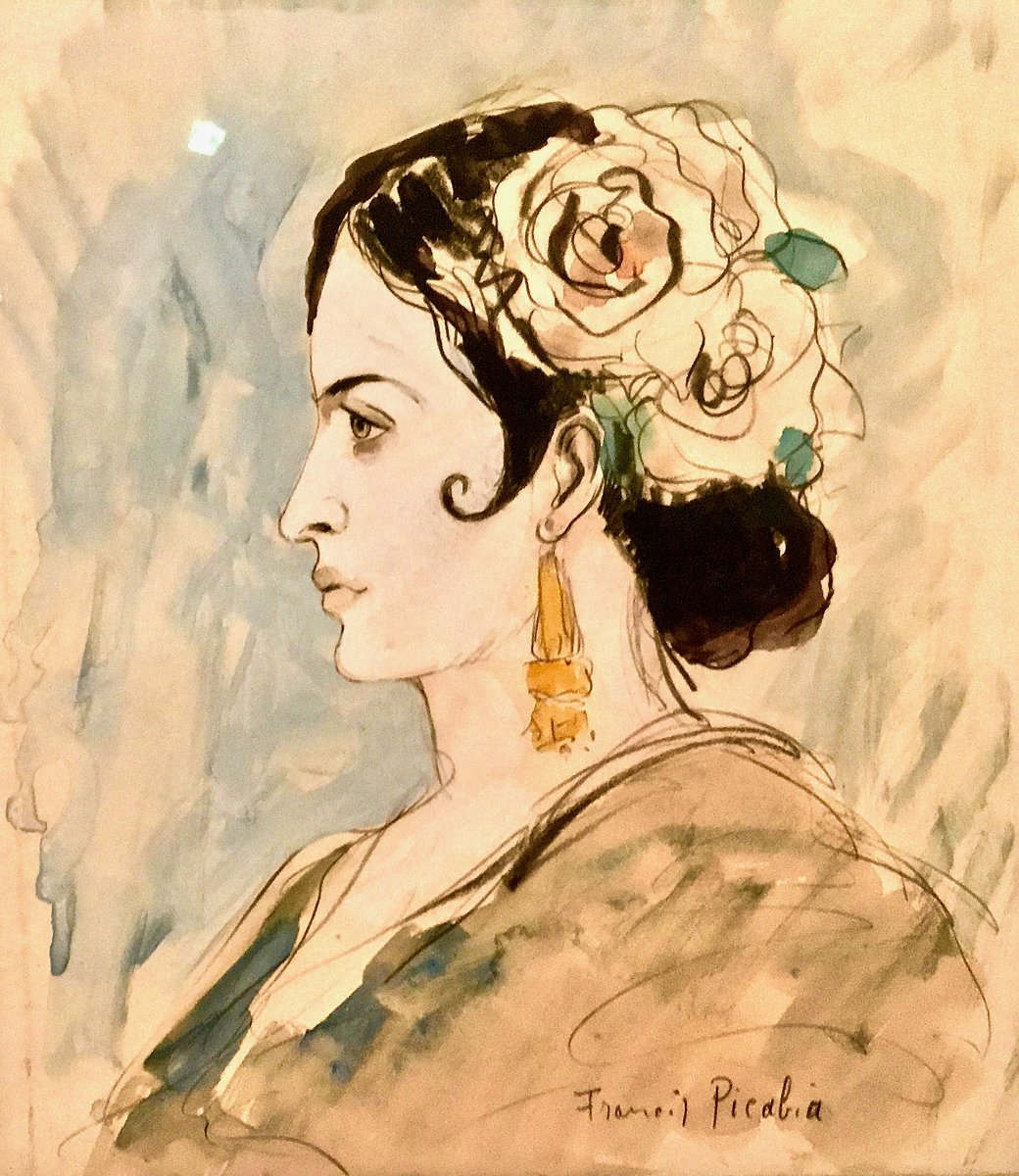 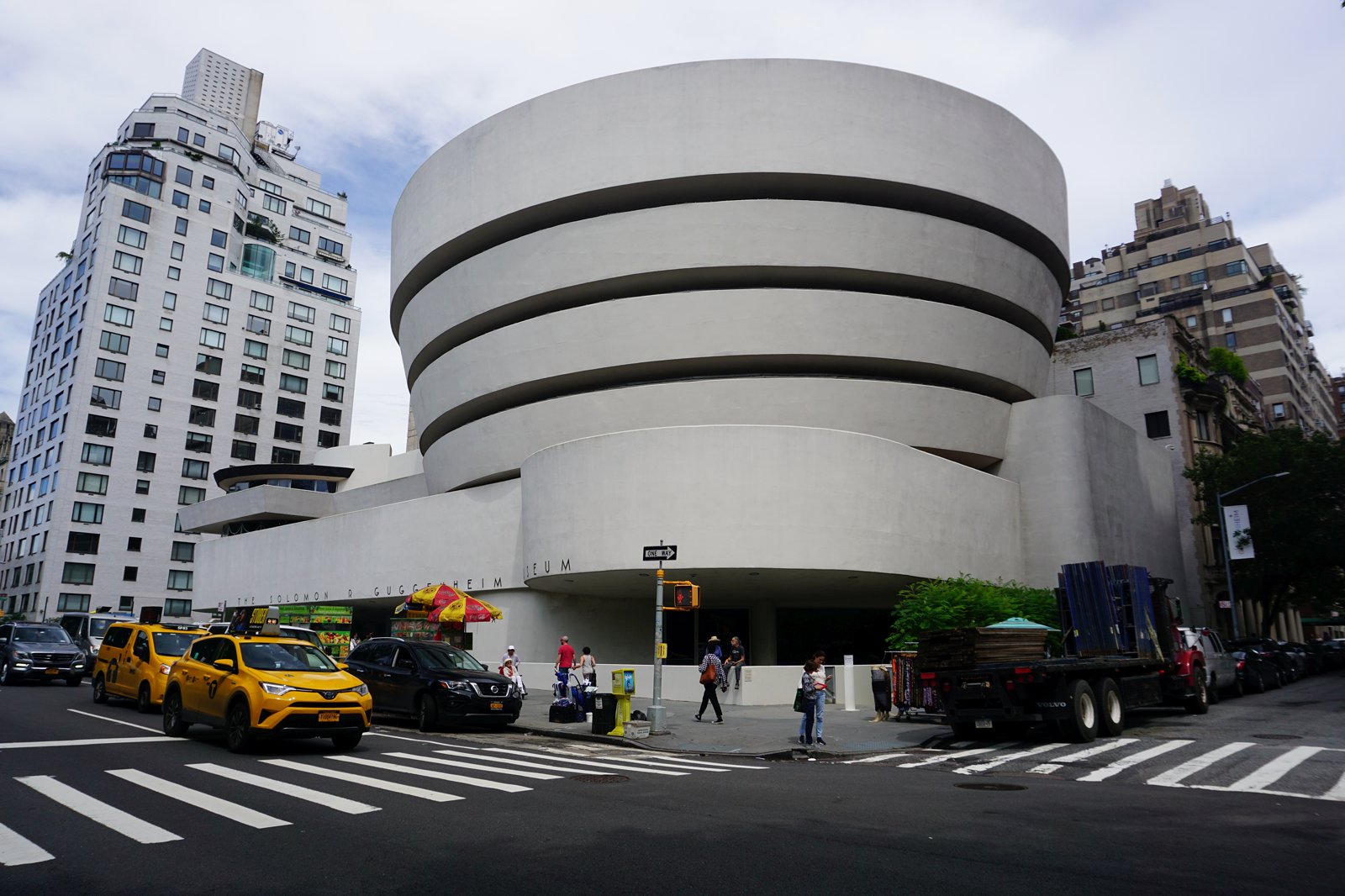 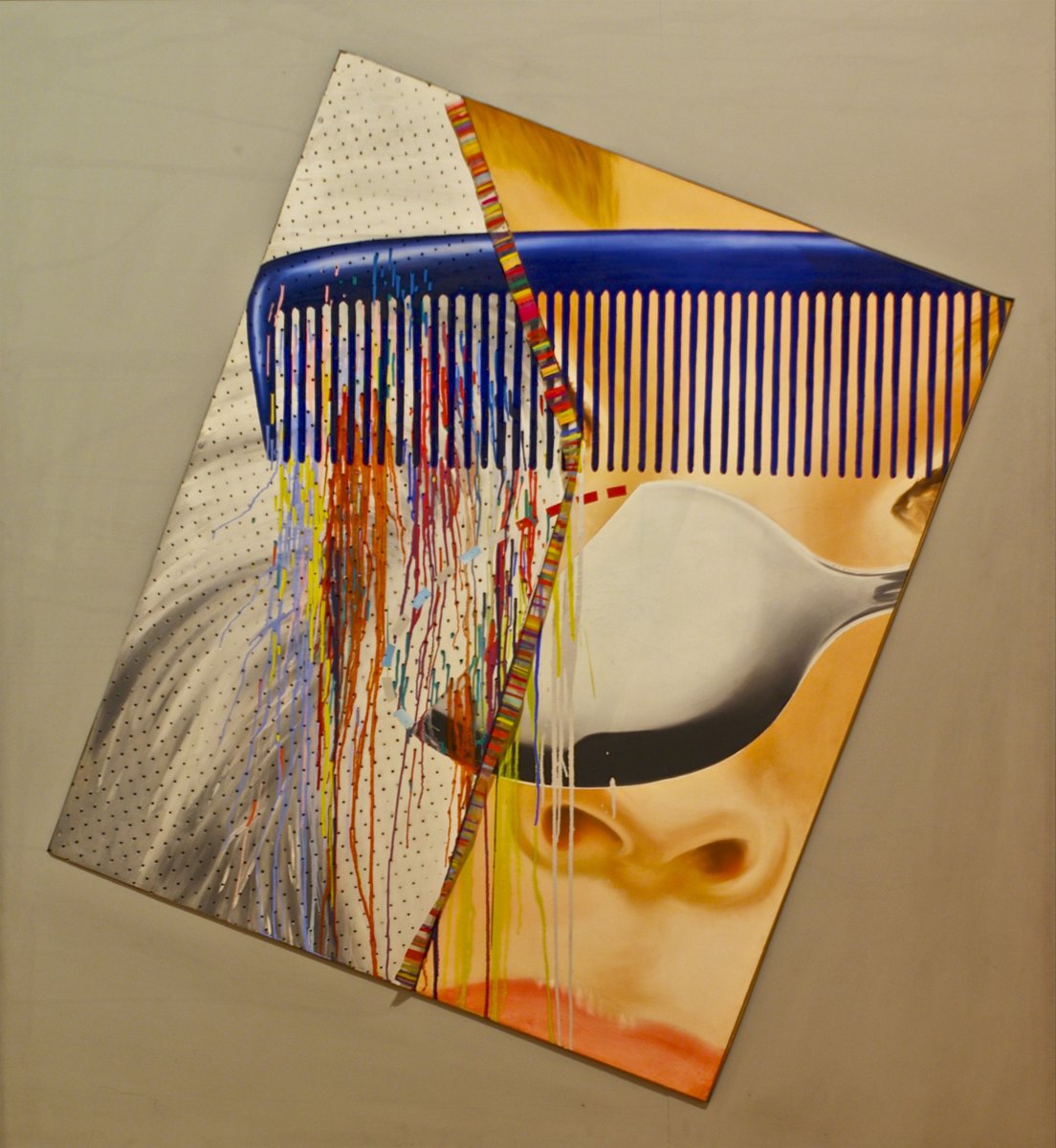 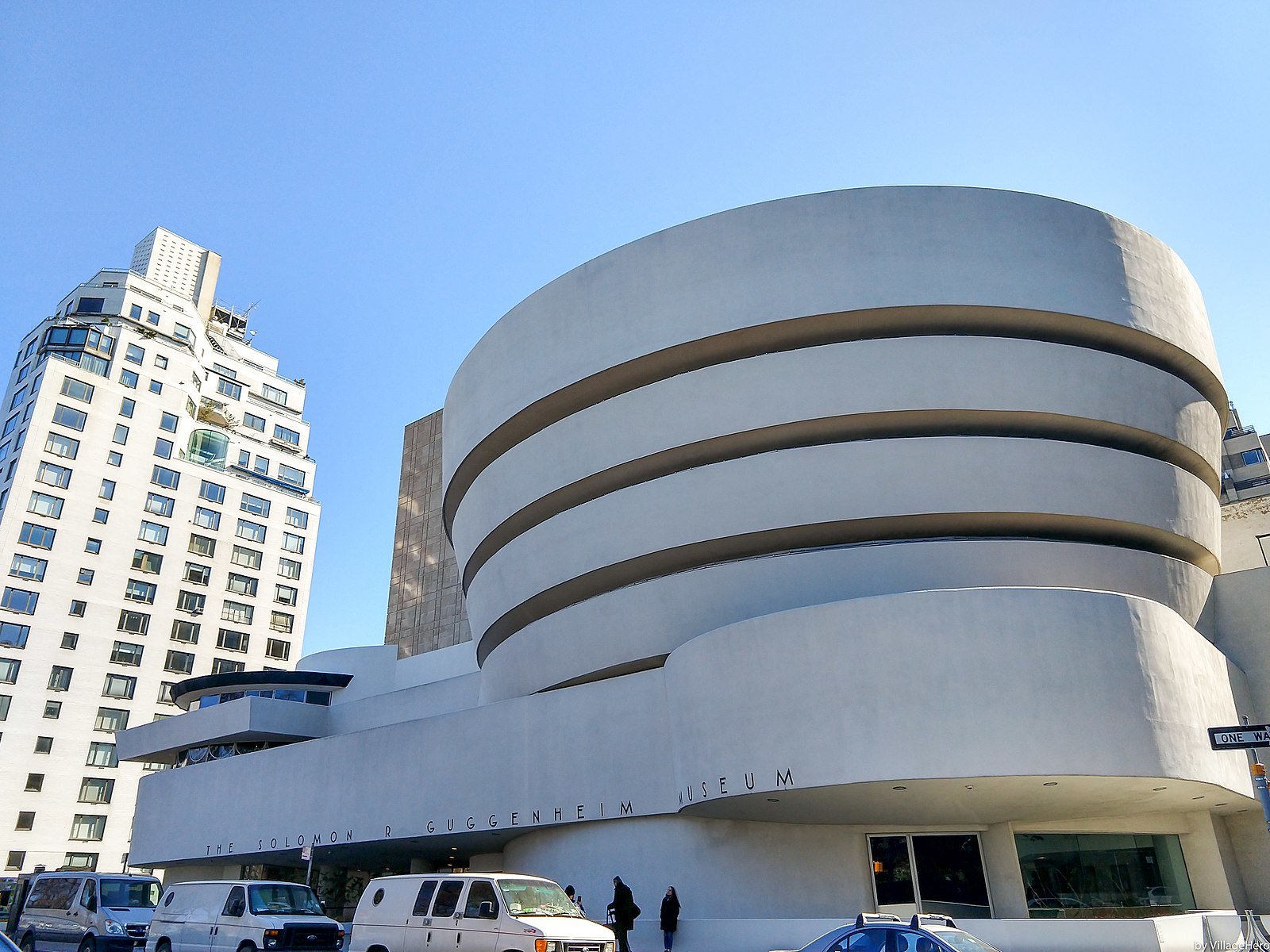 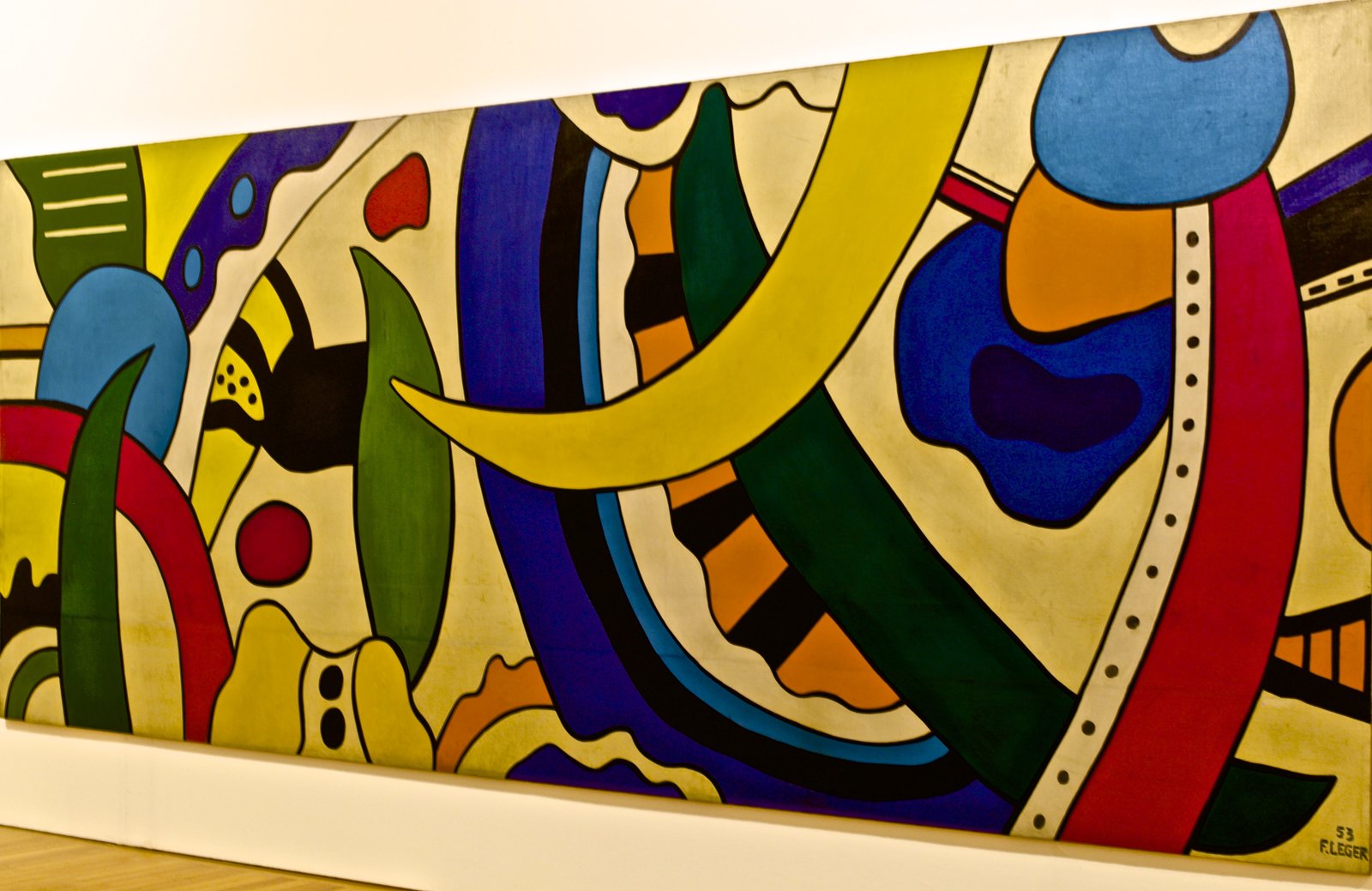 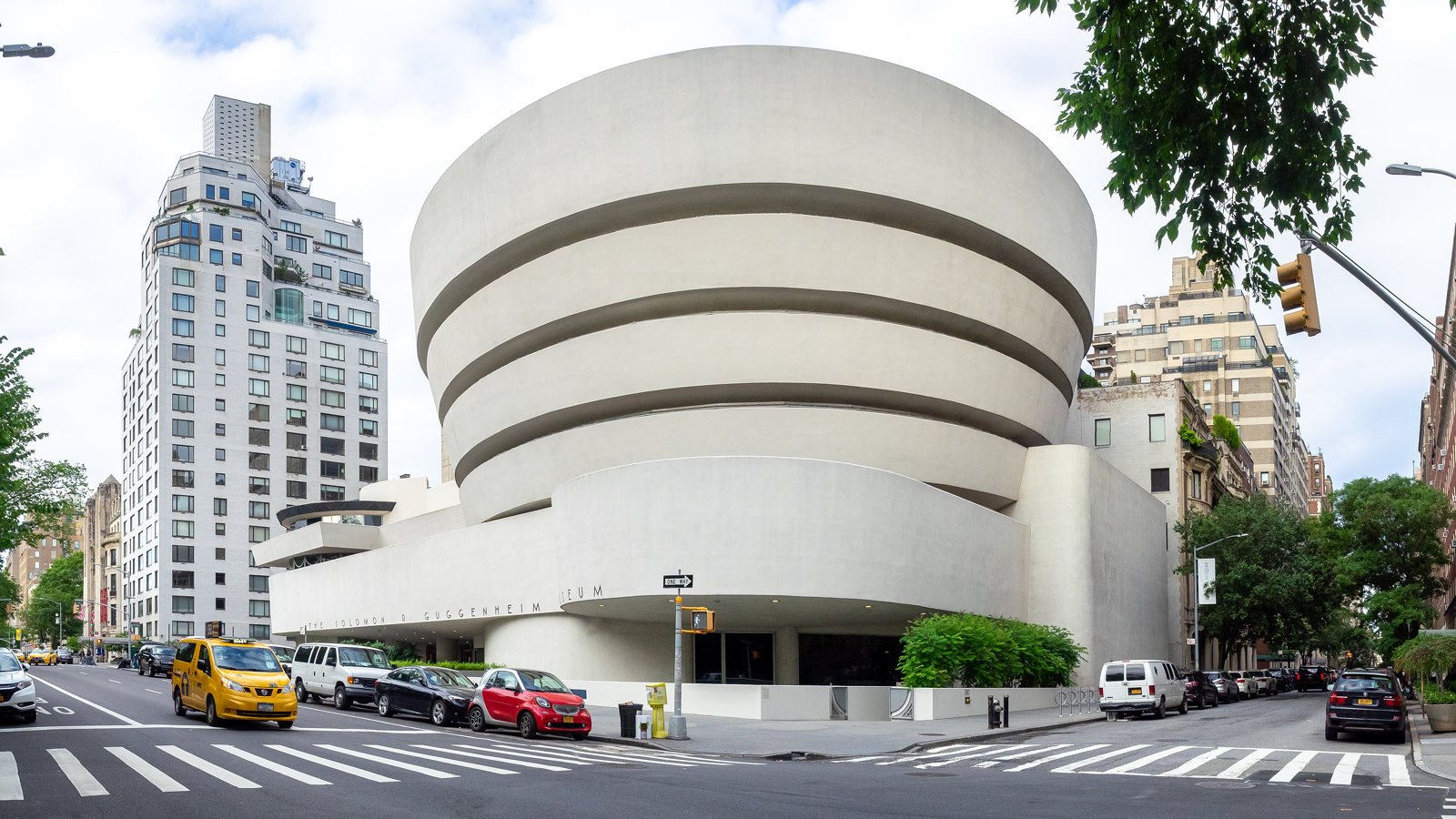 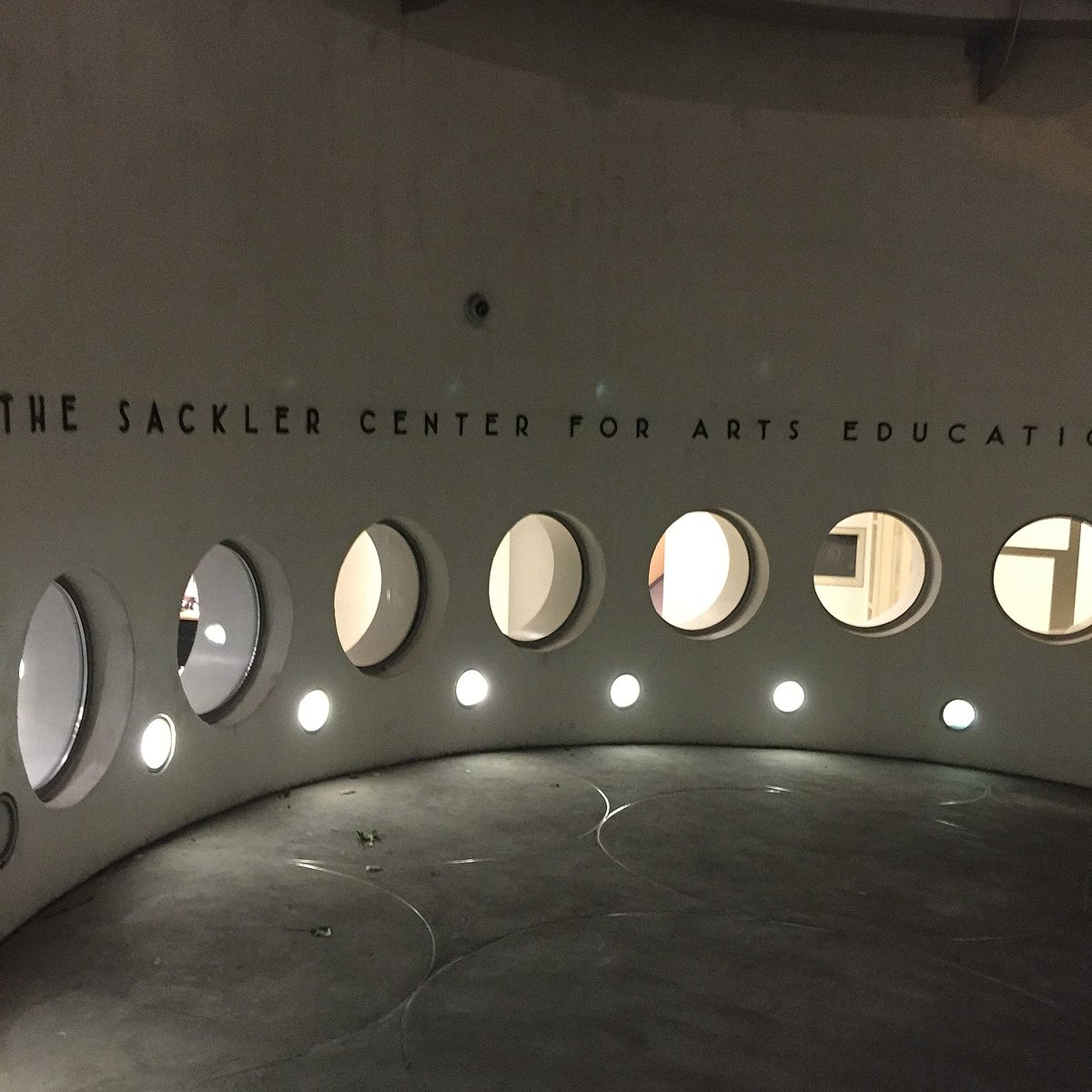 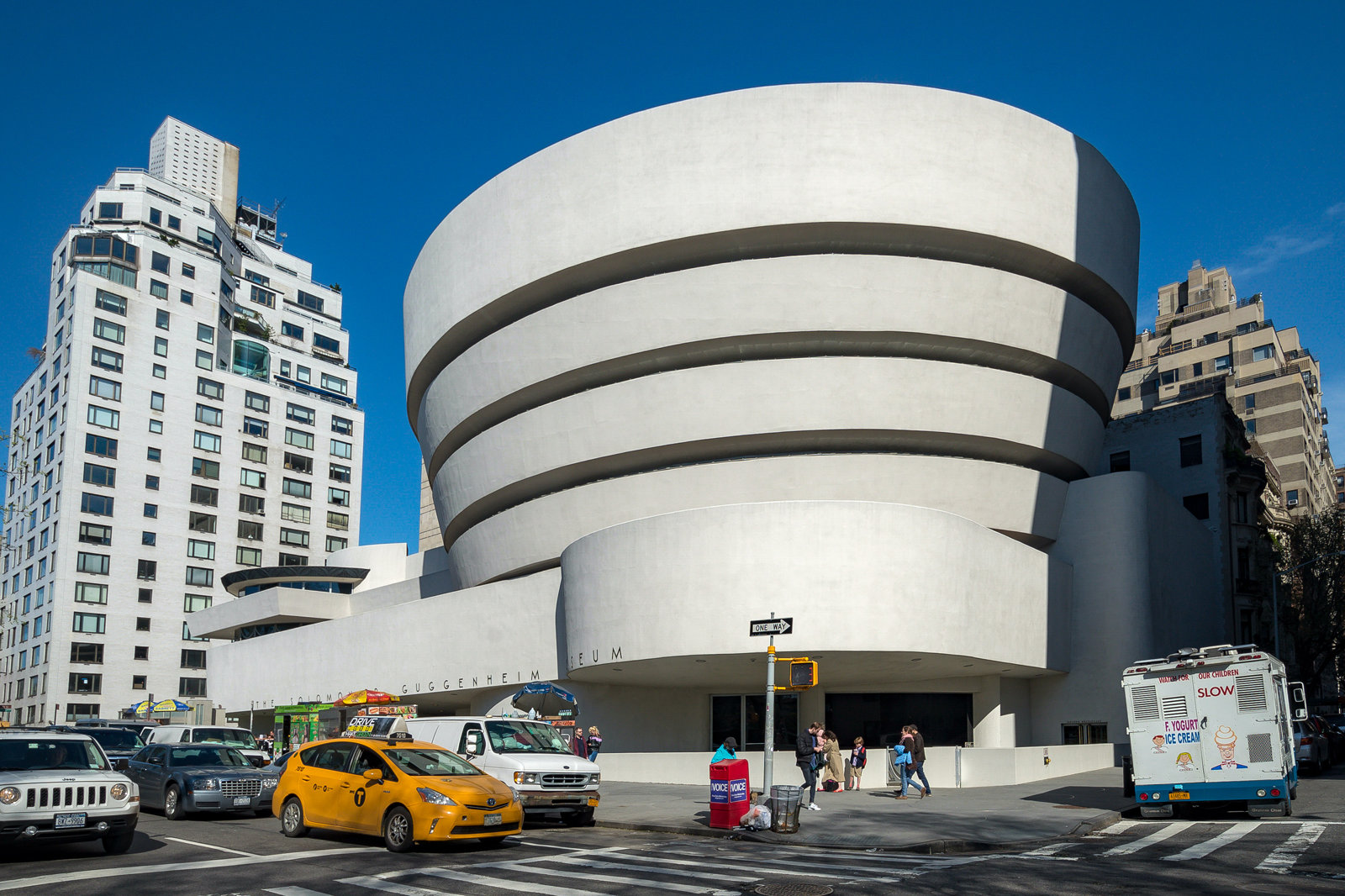 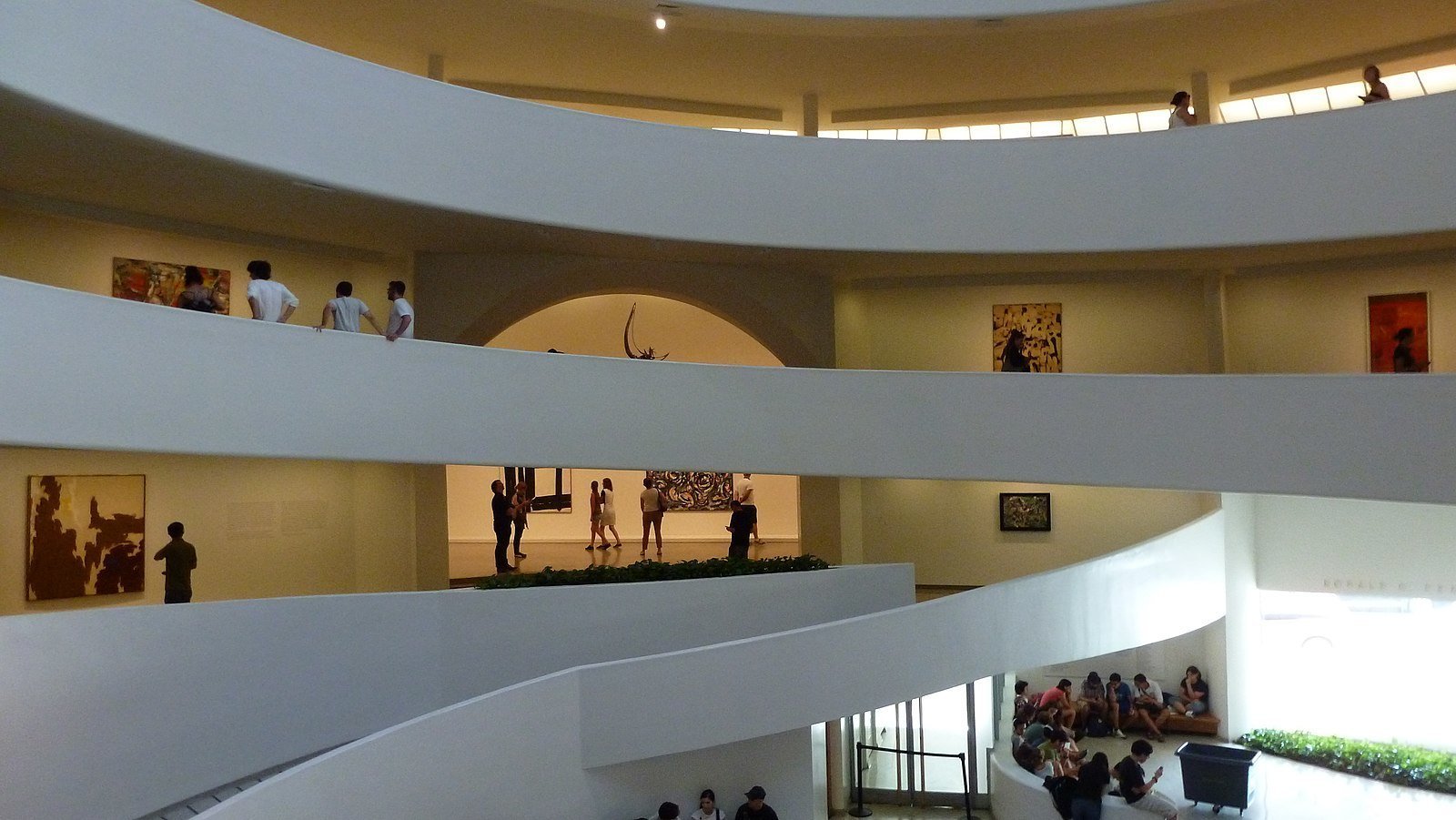 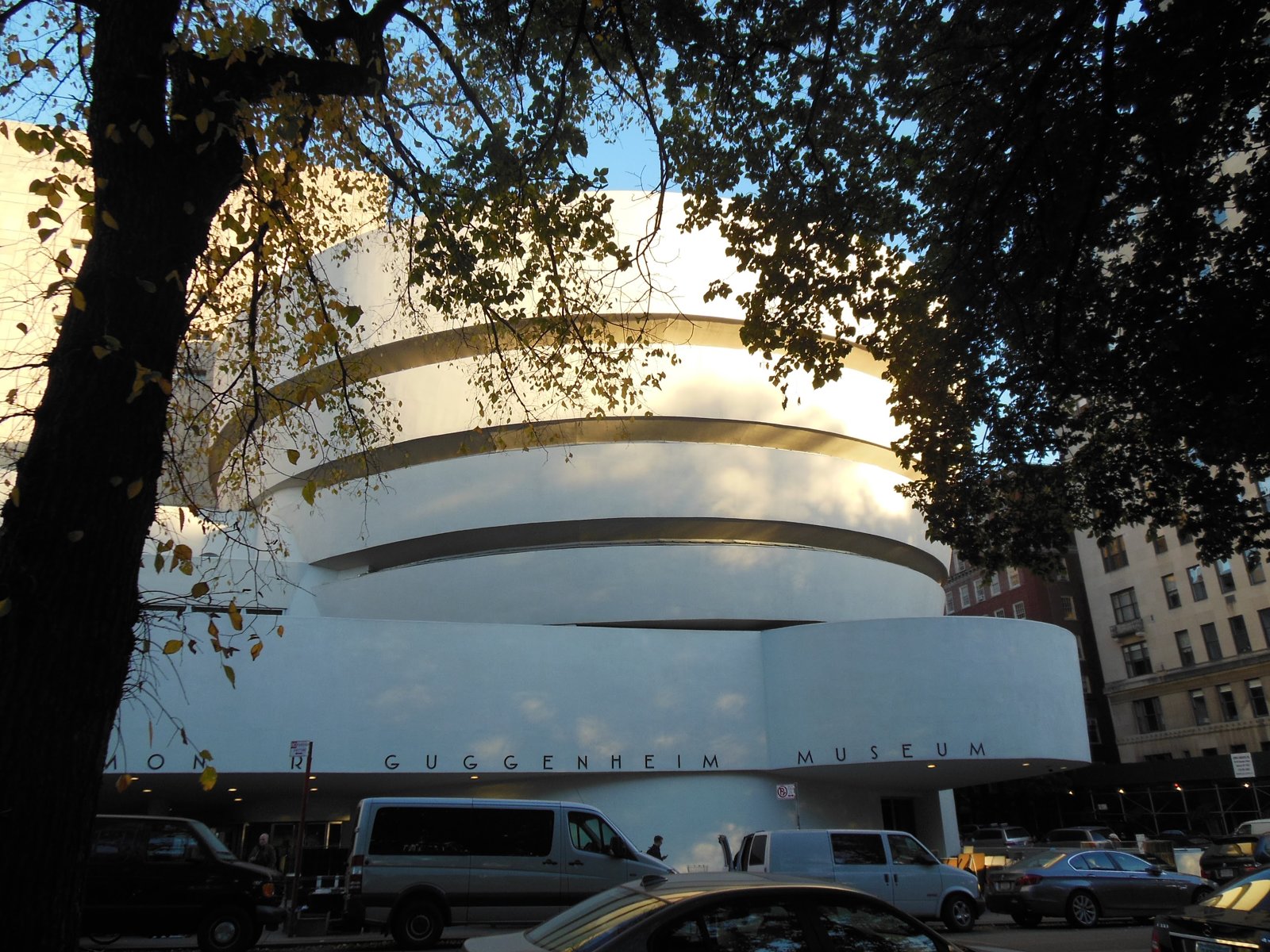 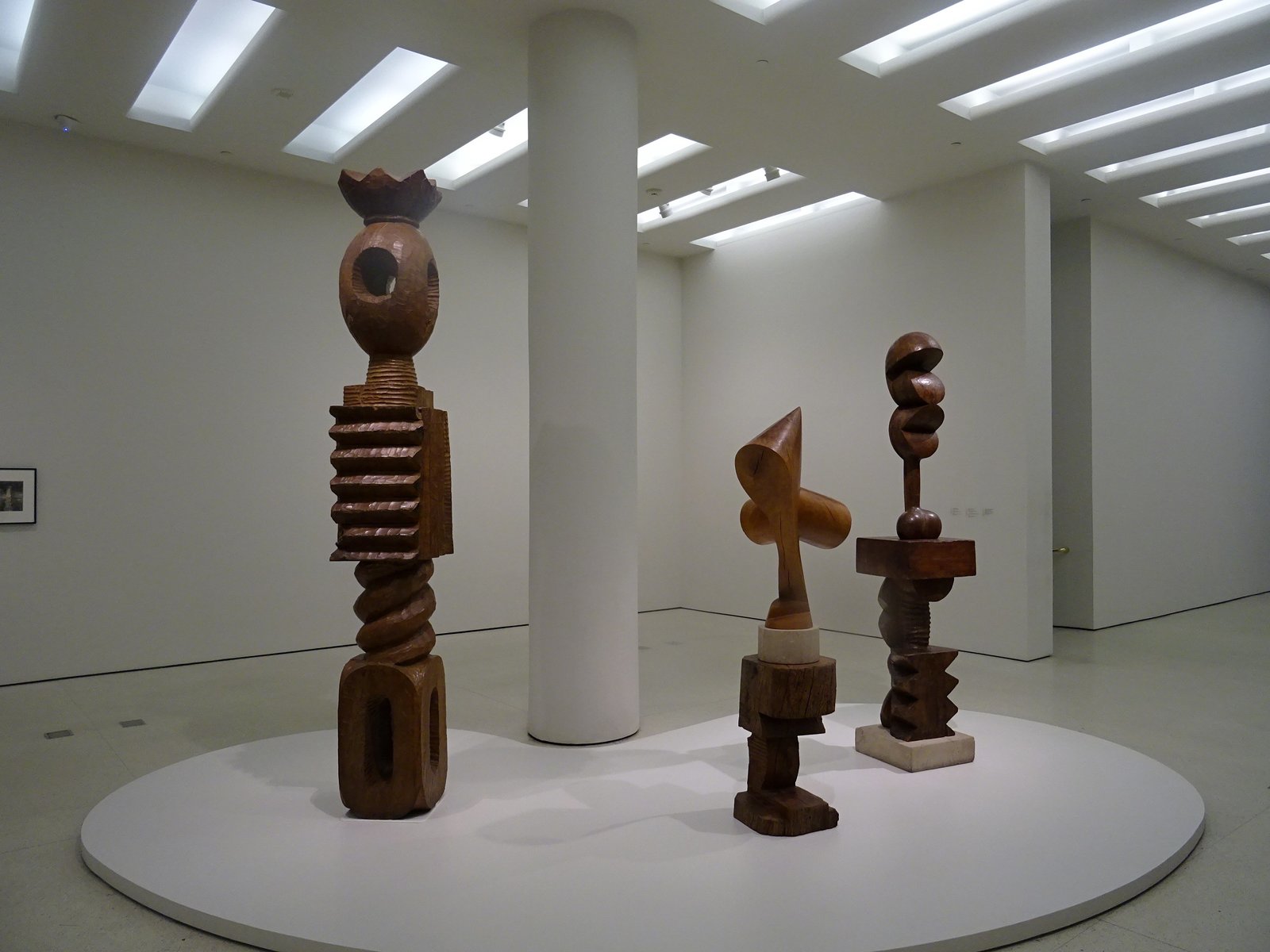 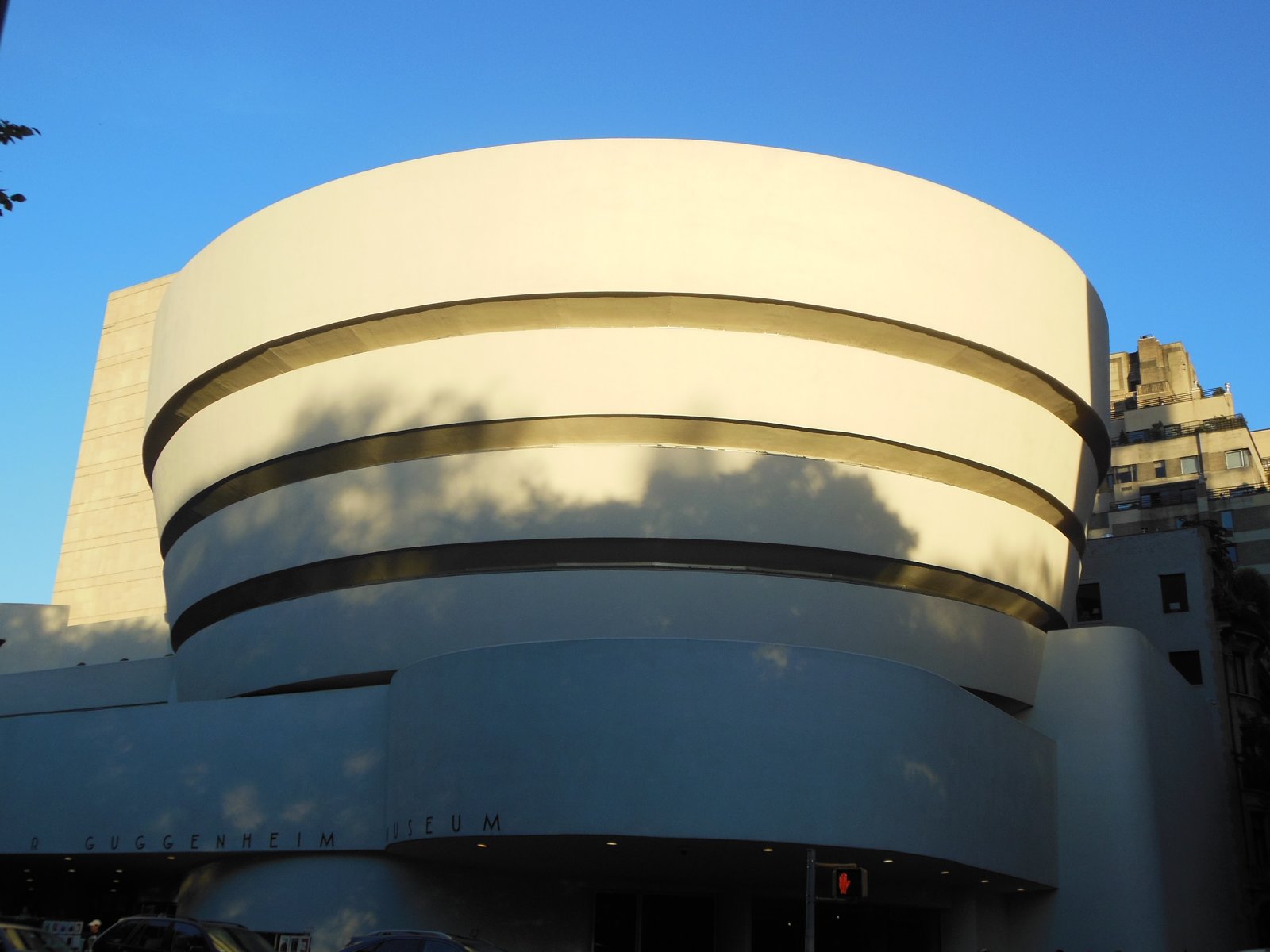 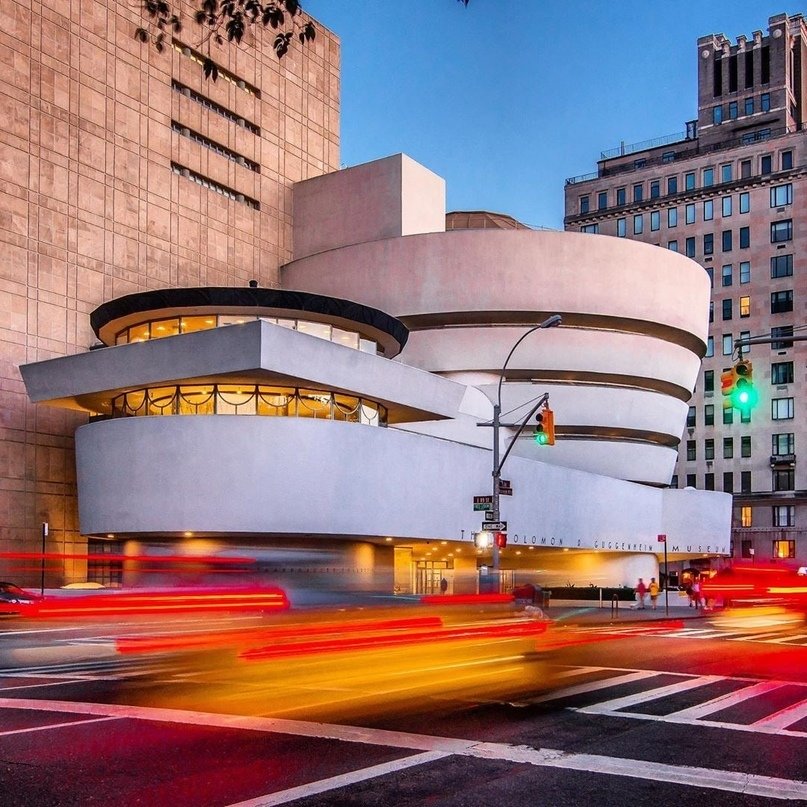 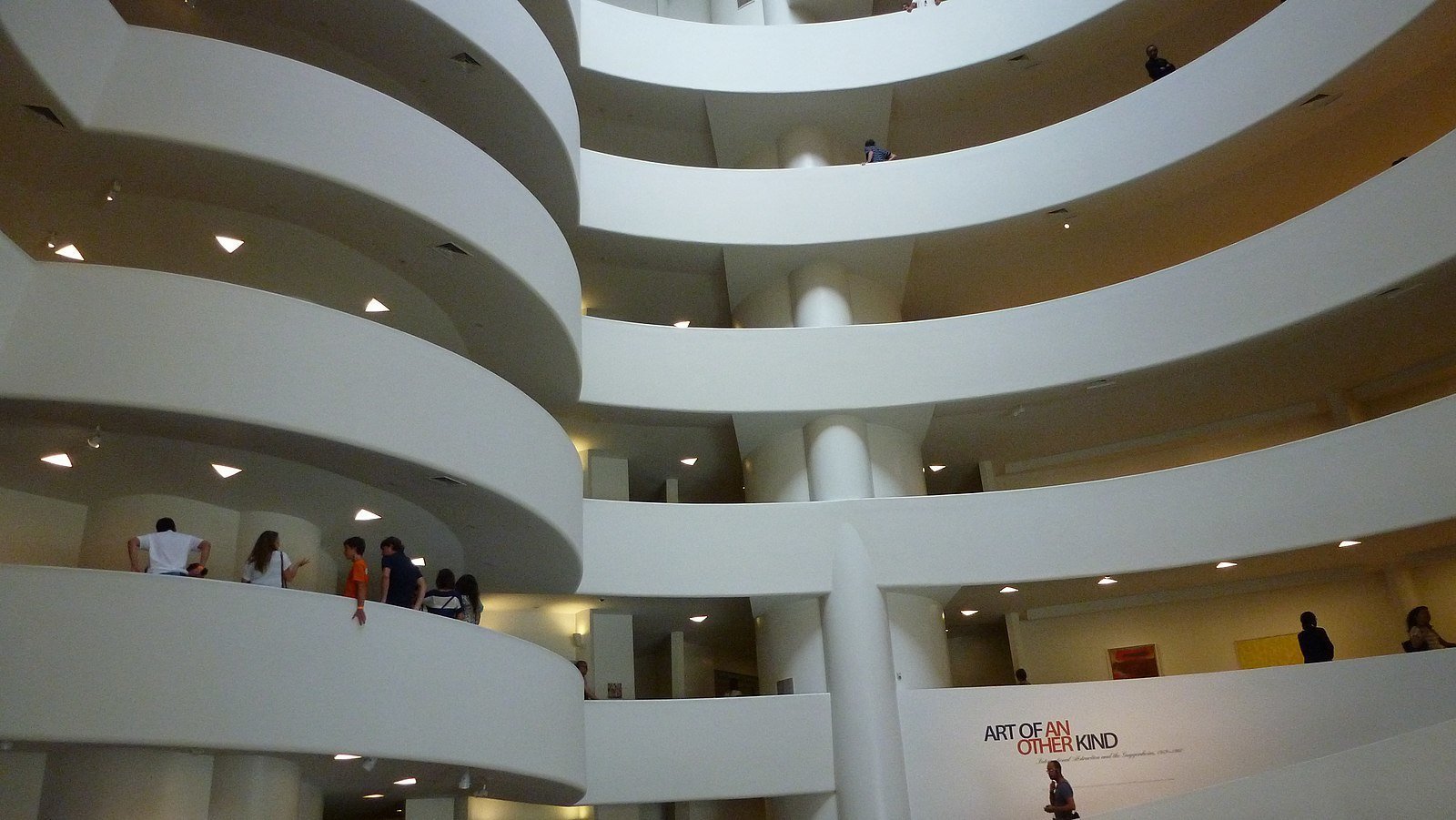 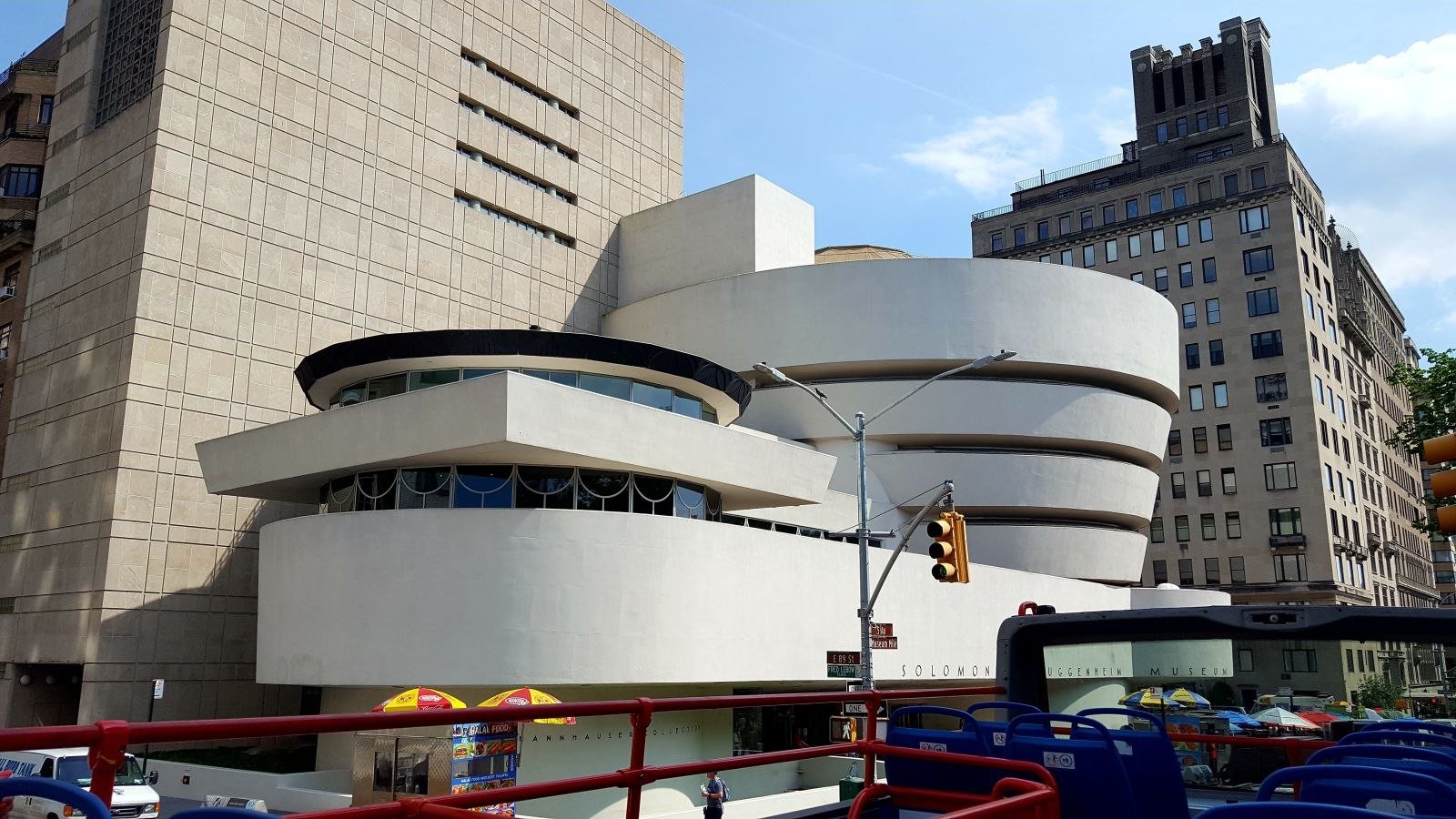