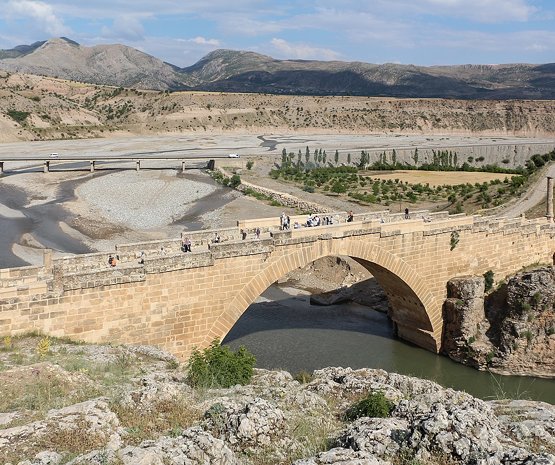 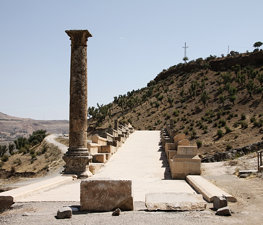 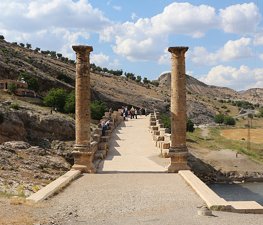 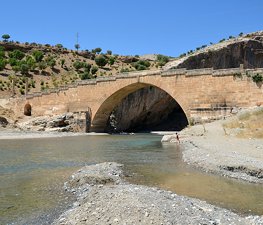 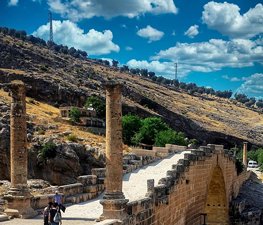 The Severan Bridge (Chabinas Bridge or Cendere Bridge, Turkish: Cendere Köprüsü), located near the ancient city Arsameia (today Eskikale), 55 km (34 mi) north east of Adıyaman in southeastern Turkey, is a Roman bridge. It is spanning Cendere Çayı (Chabinas Creek), a tributary of Kahta Creek on the provincial road 02-03 from Kahta to Sincik in Adıyaman Province.

The bridge is constructed of 92 stones, each weighing about 10 tons as a simple, unadorned, single majestic arch on two rocks at the narrowest point of the creek. At 34.2 m (112 ft) clear span, the structure is quite possibly the second largest extant arch bridge by the Romans. It is 120 m (390 ft) long and 7 m (23 ft) wide.

The bridge was built by four Kommagenean cities in honor of the Roman Emperor Lucius Septimius Severus (193-211), his second wife Julia Domna and their sons Lucius Septimius Bassianus Caracalla and Publius Septimius Antoninius Geta as emanating from an inscription in Latin on the bridge. The Legio XVI Gallica, garrisoned in the ancient city Samosata (today Samsat) to begin a war with Parthia constructed the bridge. There were originally four Corinthian columns on the bridge, two columns on the Kahta side dedicated to Septimius Severus himself and his wife, and two another columns on the Sincik side dedicated to Caracalla and Geta, all in 9-10 m in height. But the column of Geta was removed following his assassination by Caracalla, who damned his memory and ordered his name to be removed from all inscriptions.

The Severan Bridge is situated within one of the most important national parks in Turkey, which contains Nemrut Dağı with the famous remains of Kommagene civilization on top, declared as World Cultural Heritage site by UNESCO. In 1997, the bridge was restored. Vehicles up to 5 tons only are allowed to pass over the bridge. 500 m (550 yd) east of it, a road bridge has been built now. 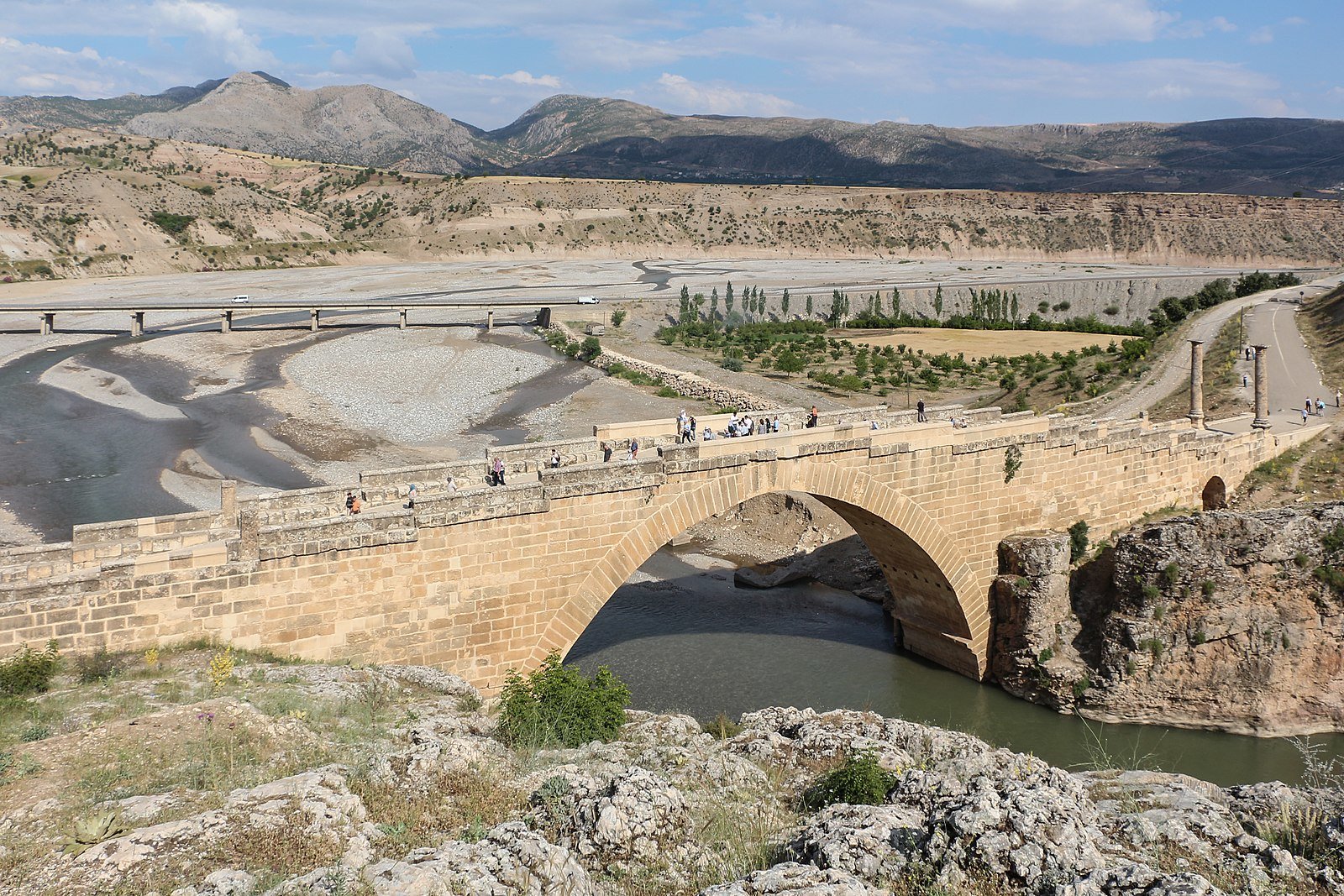 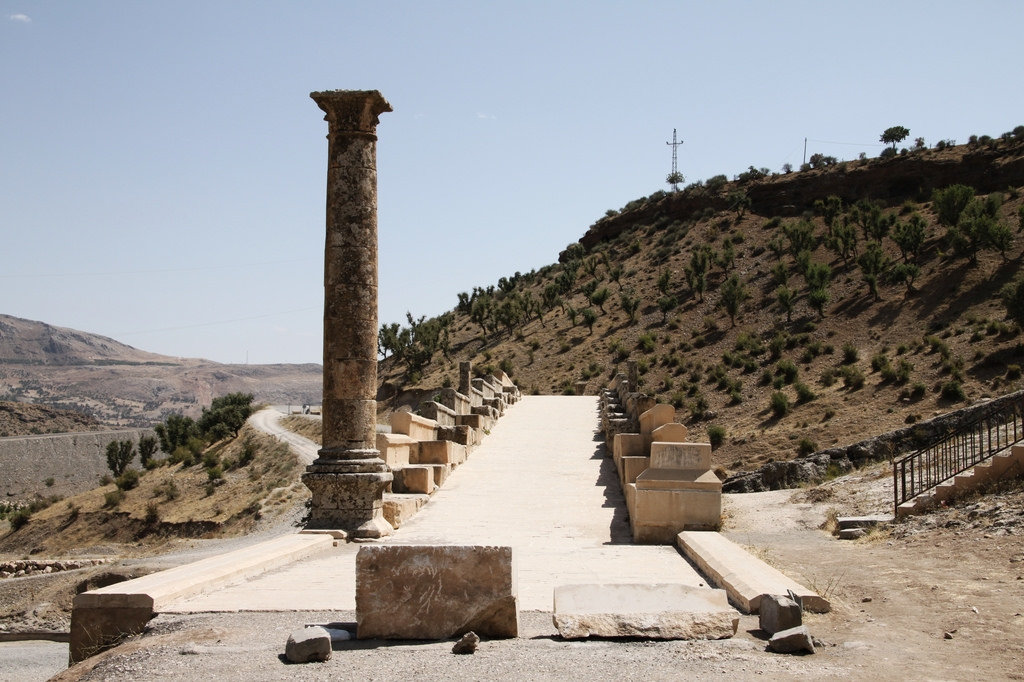 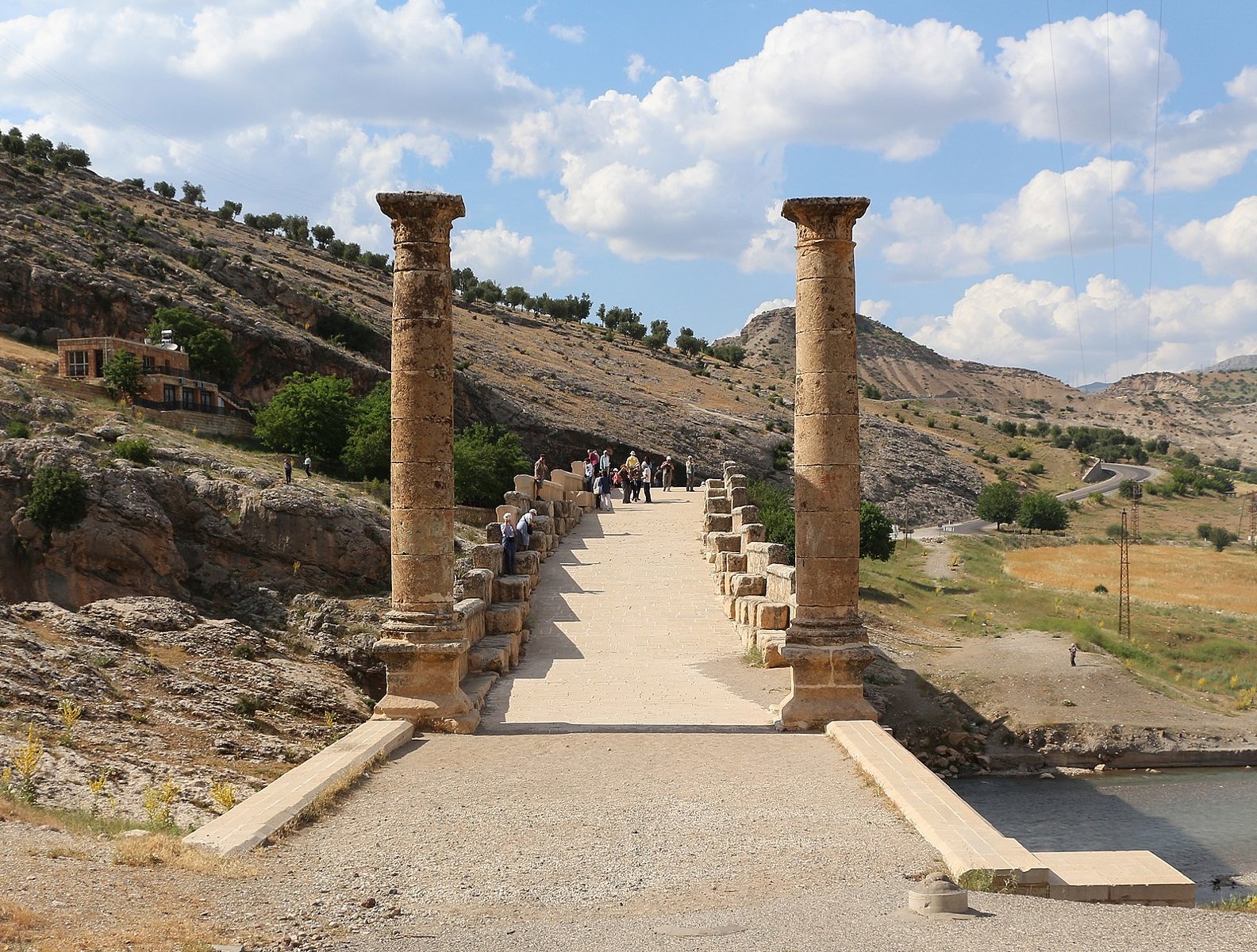 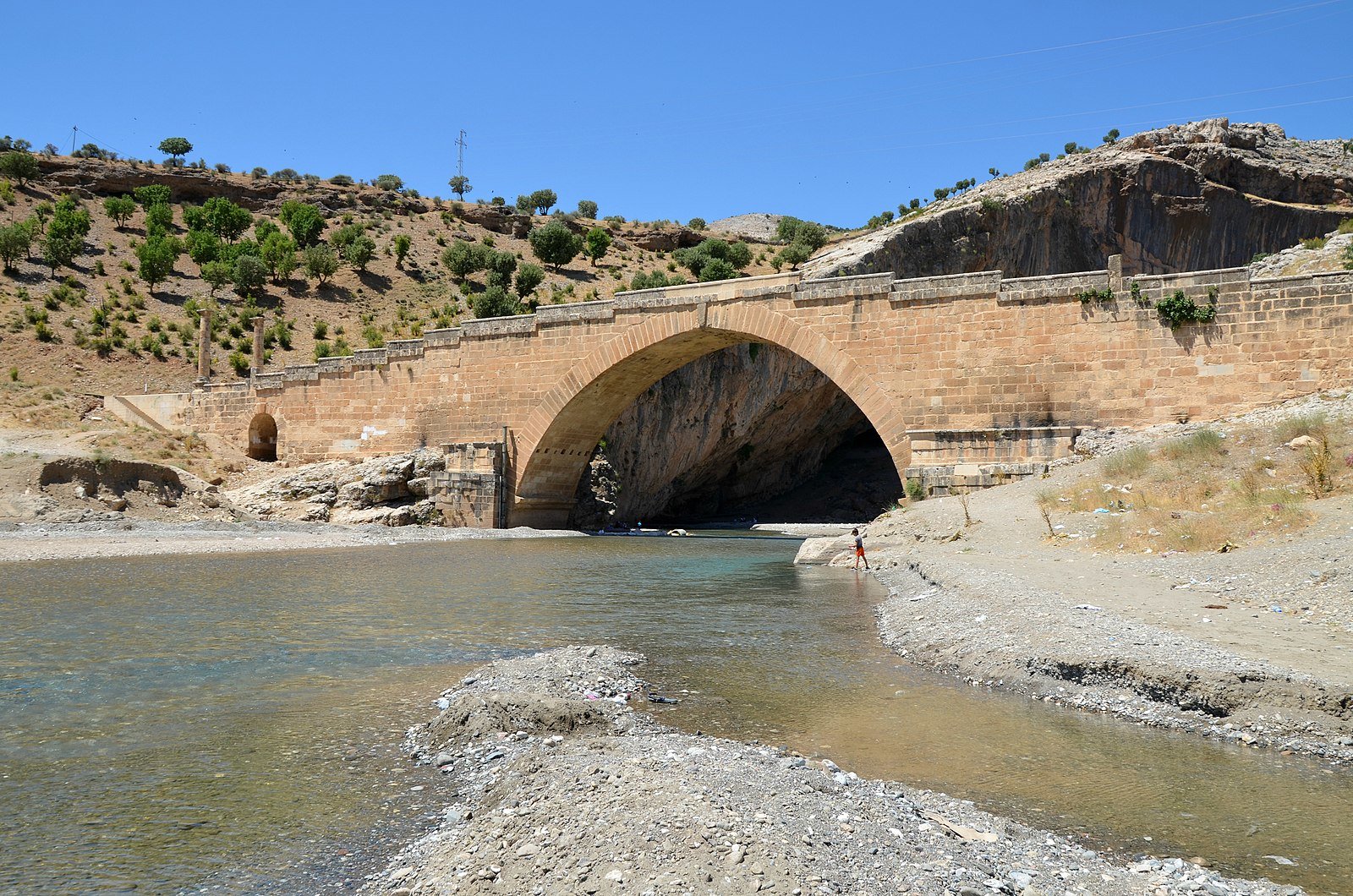 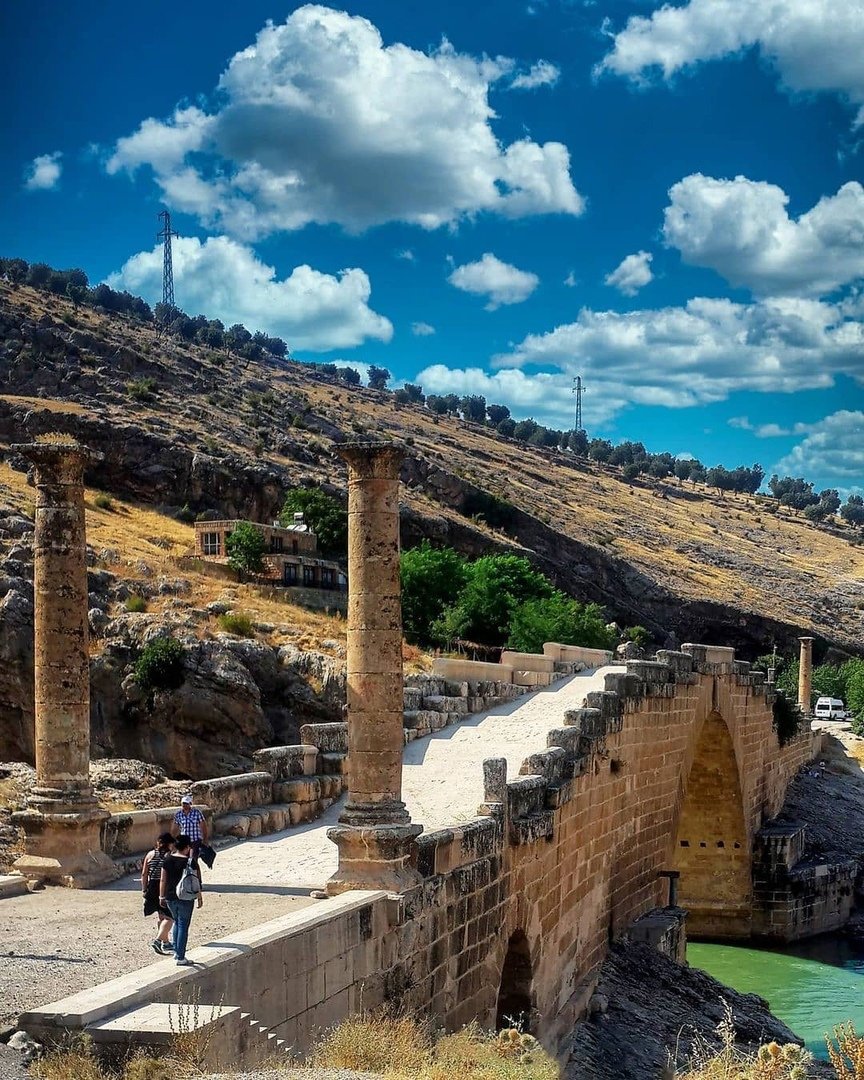 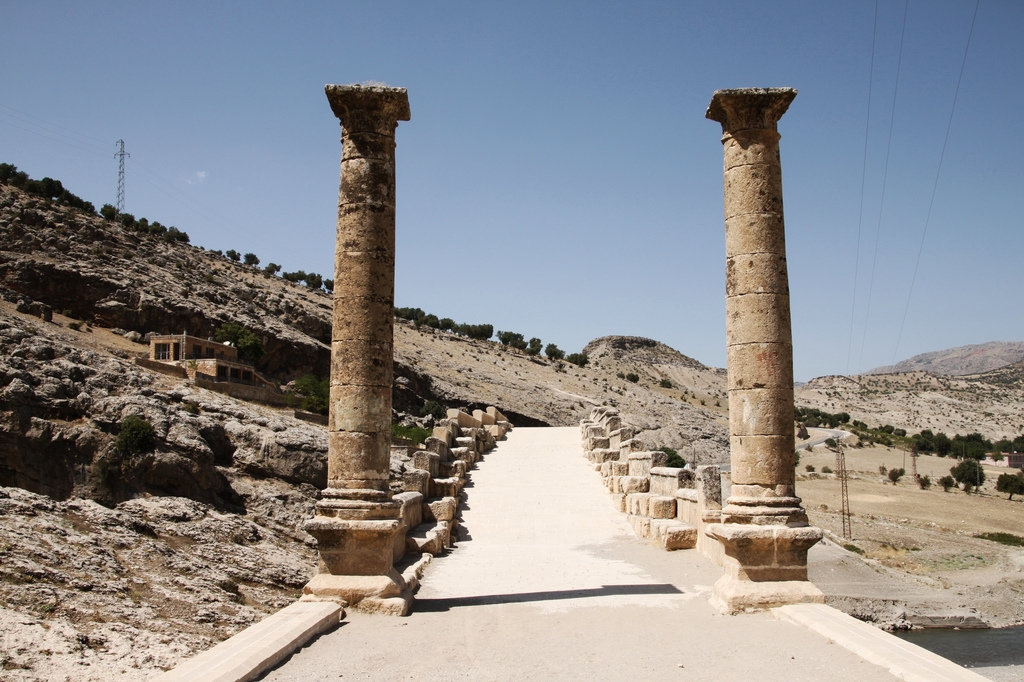 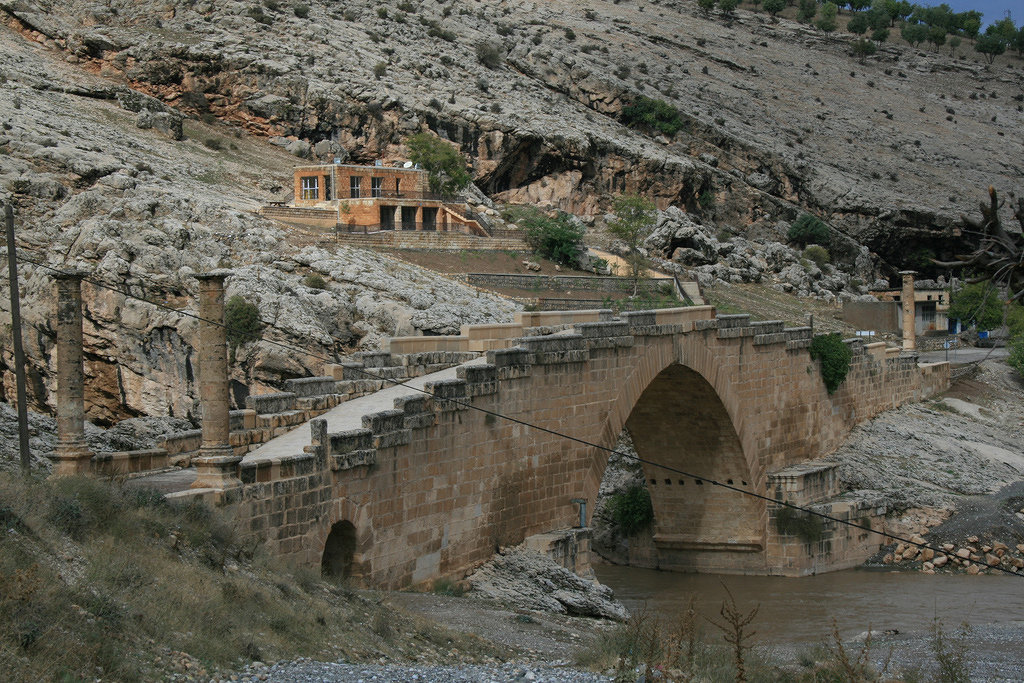 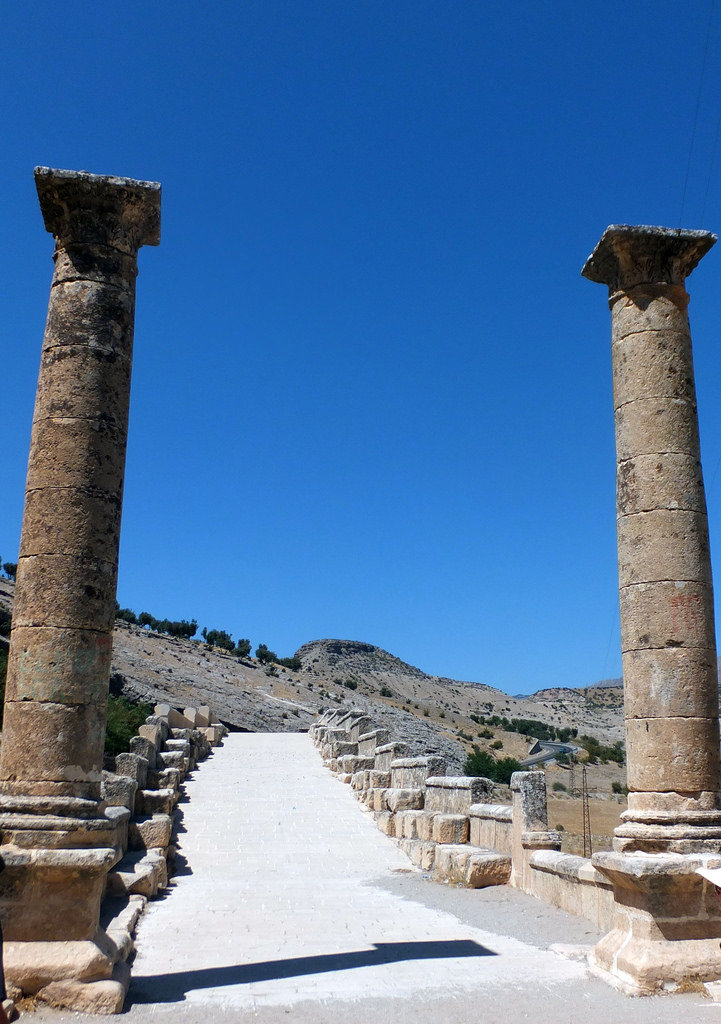 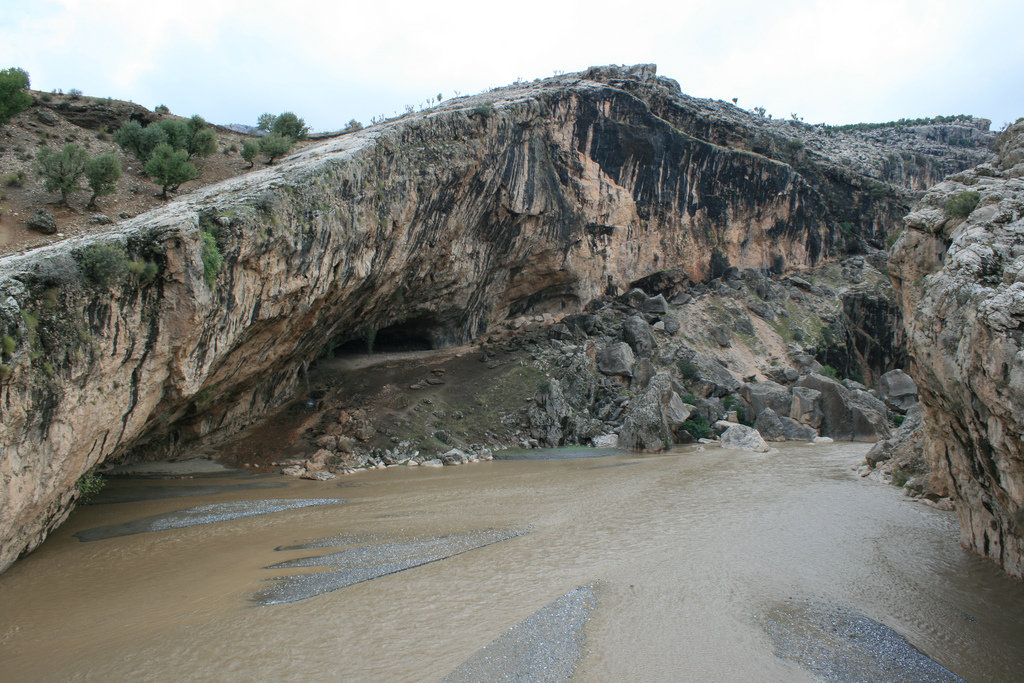 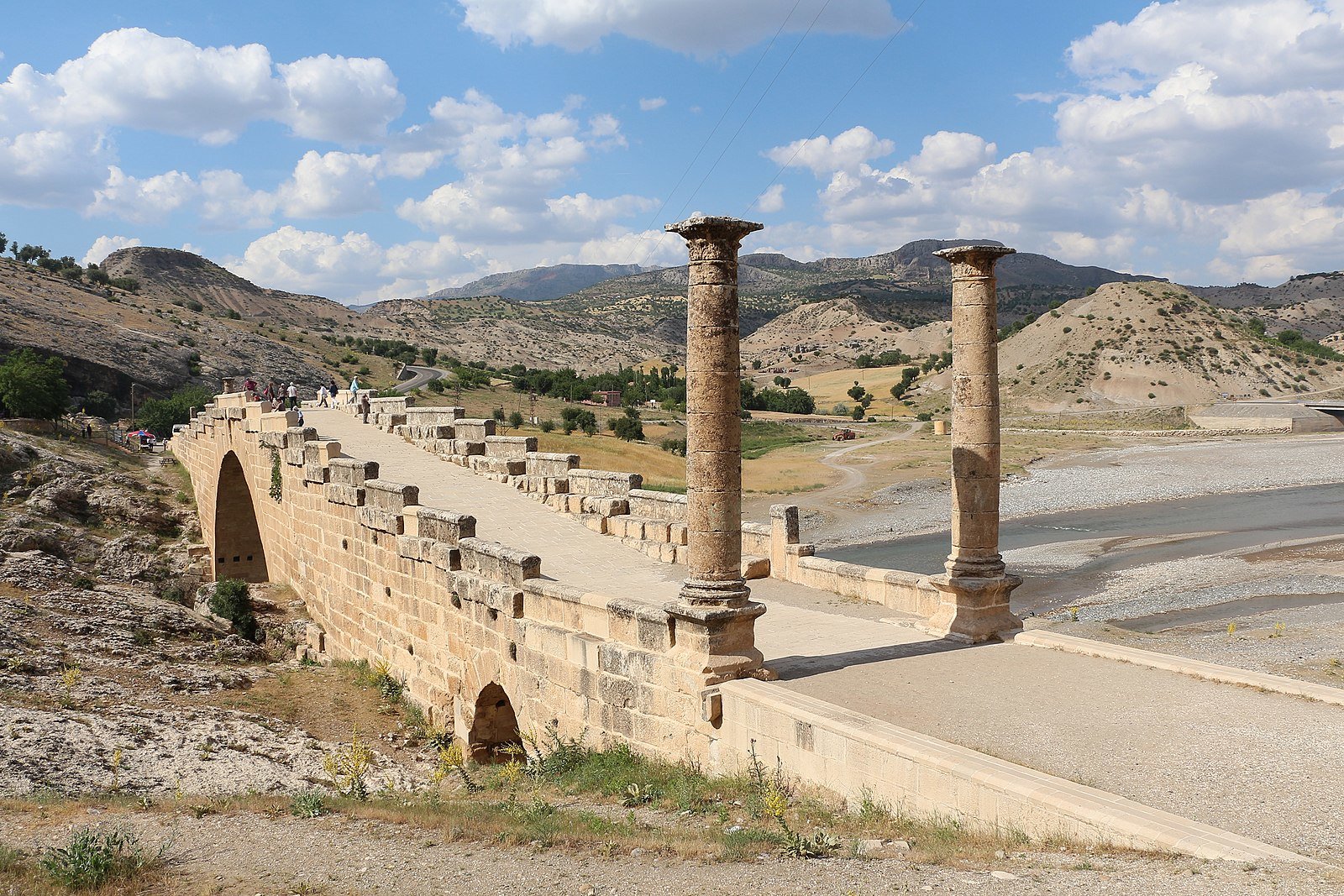 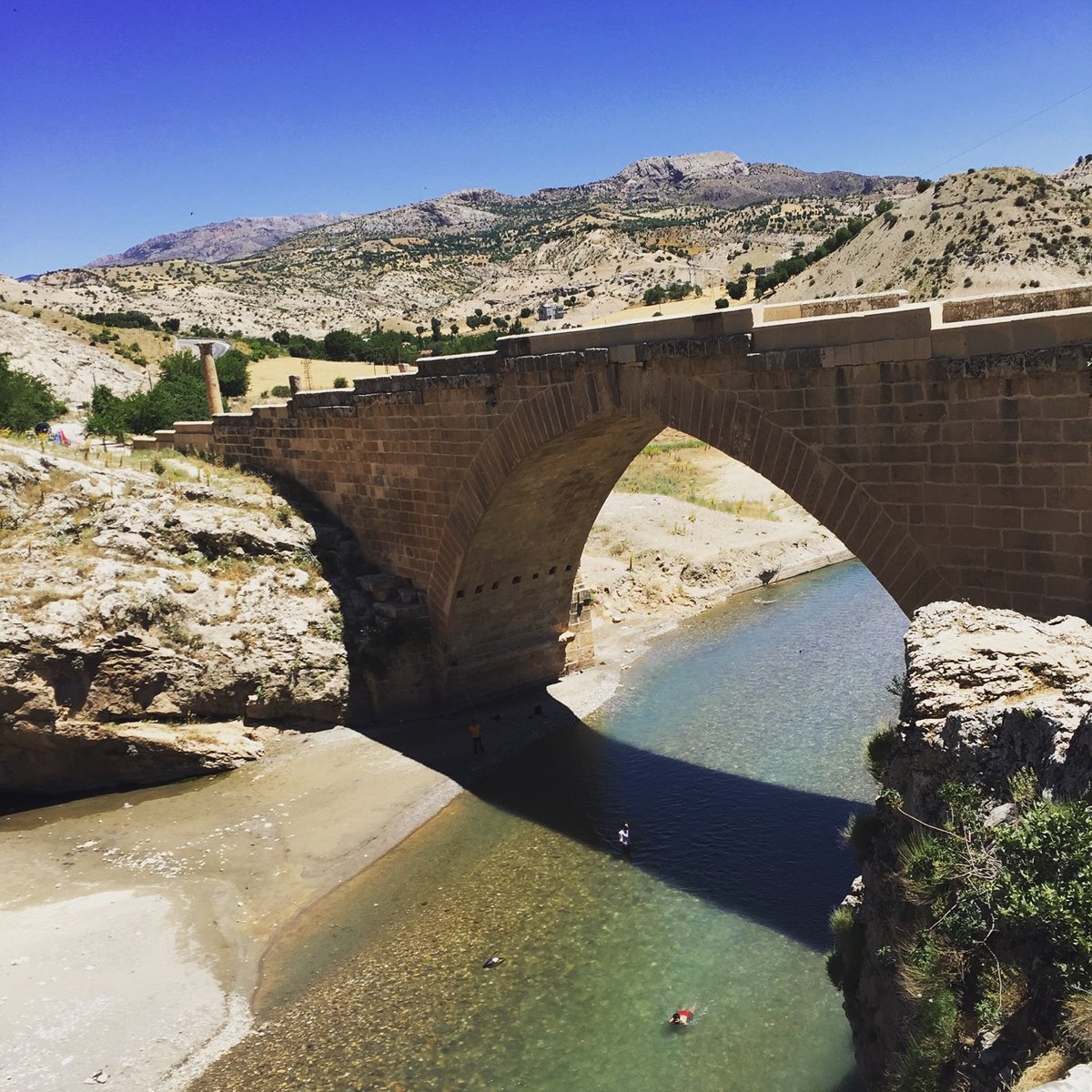 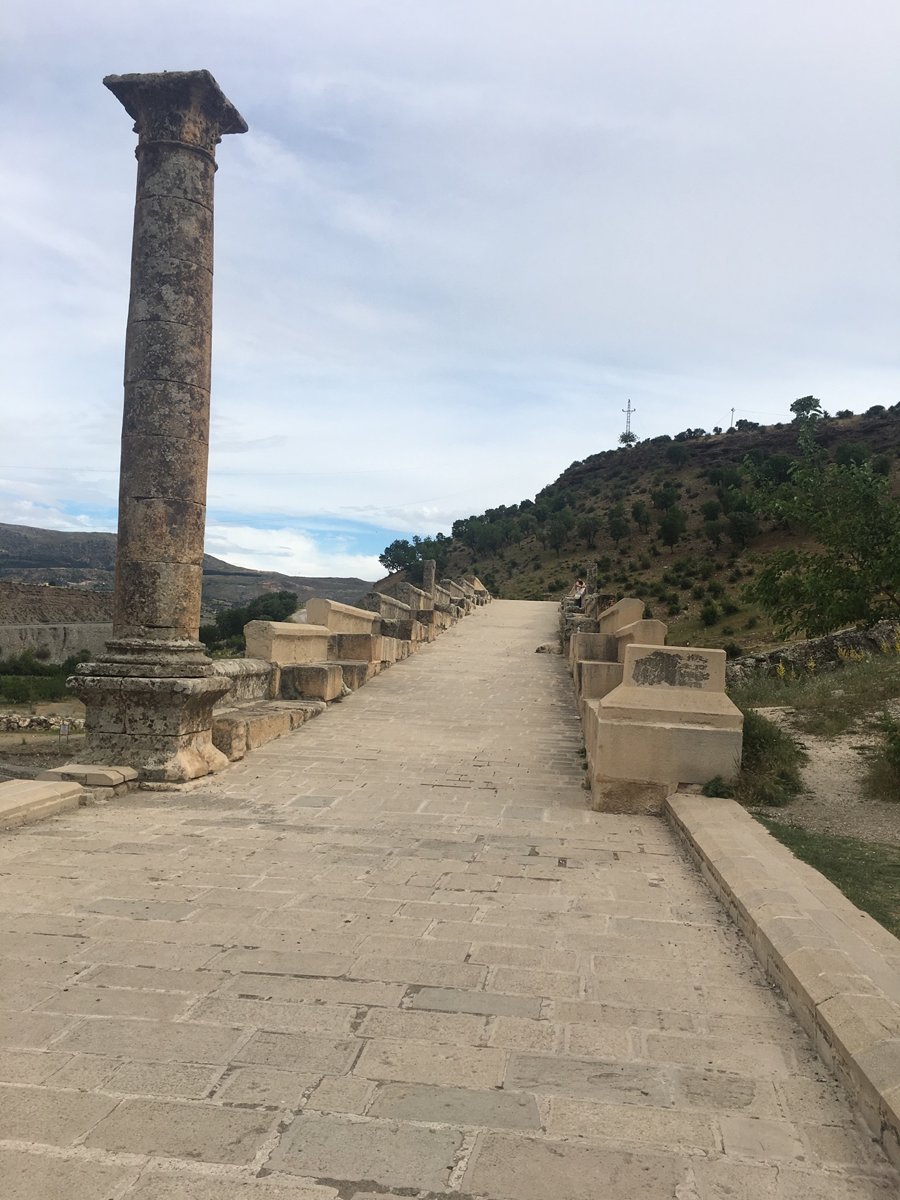 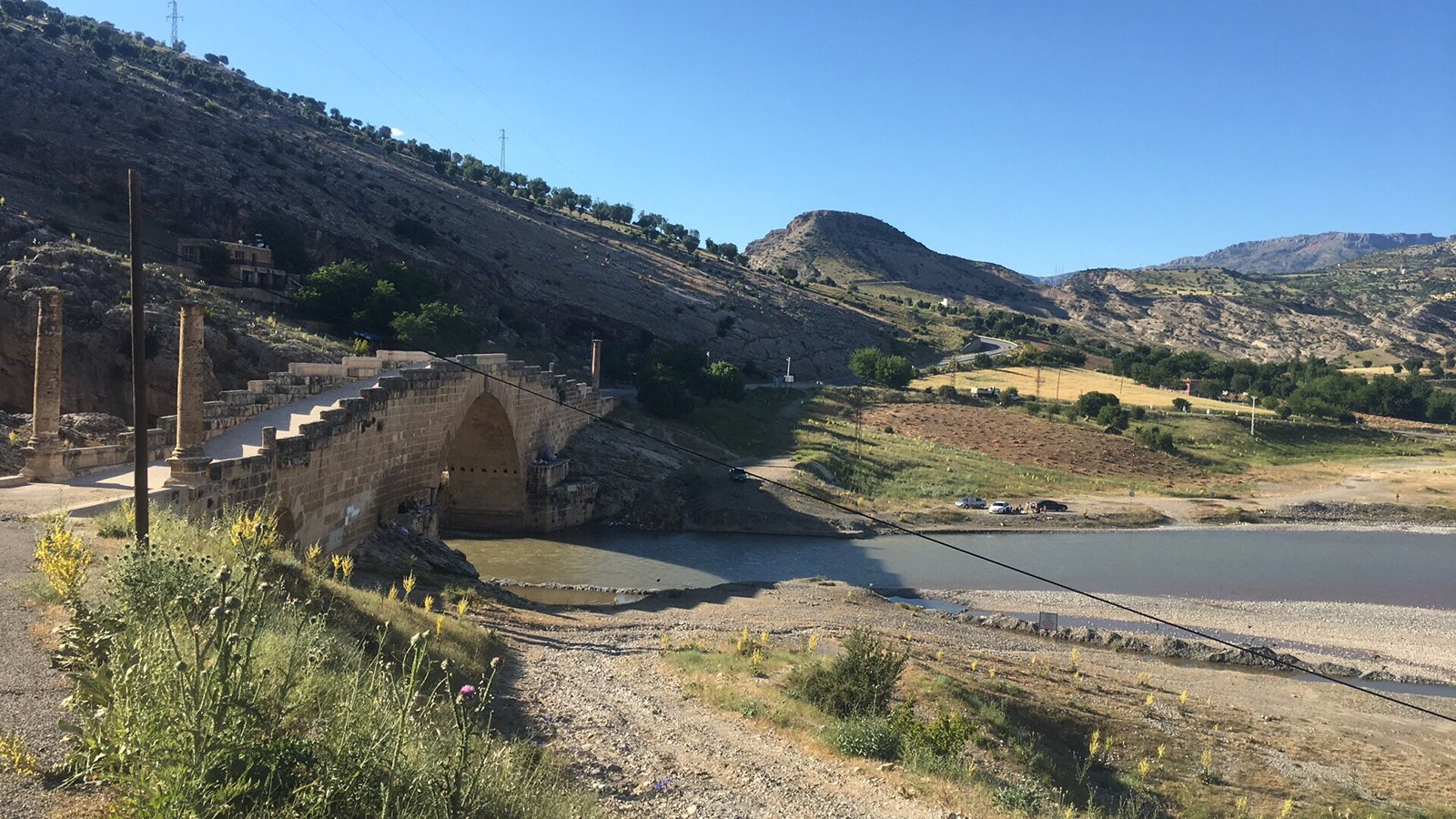 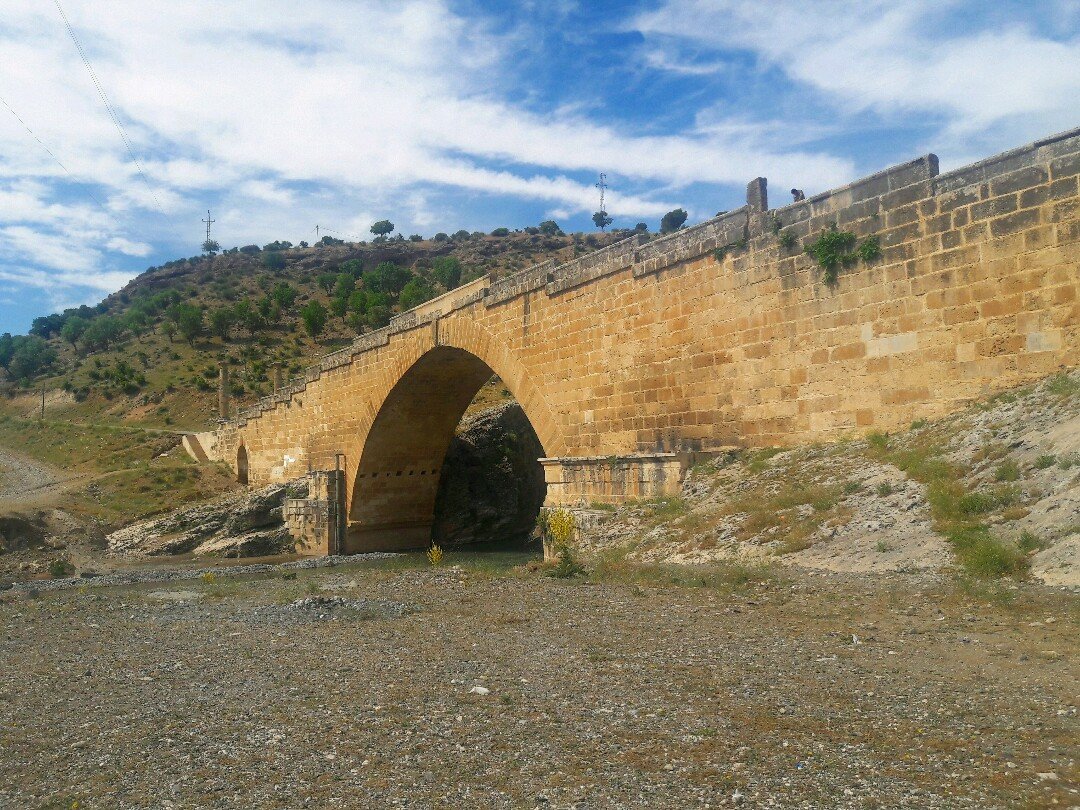 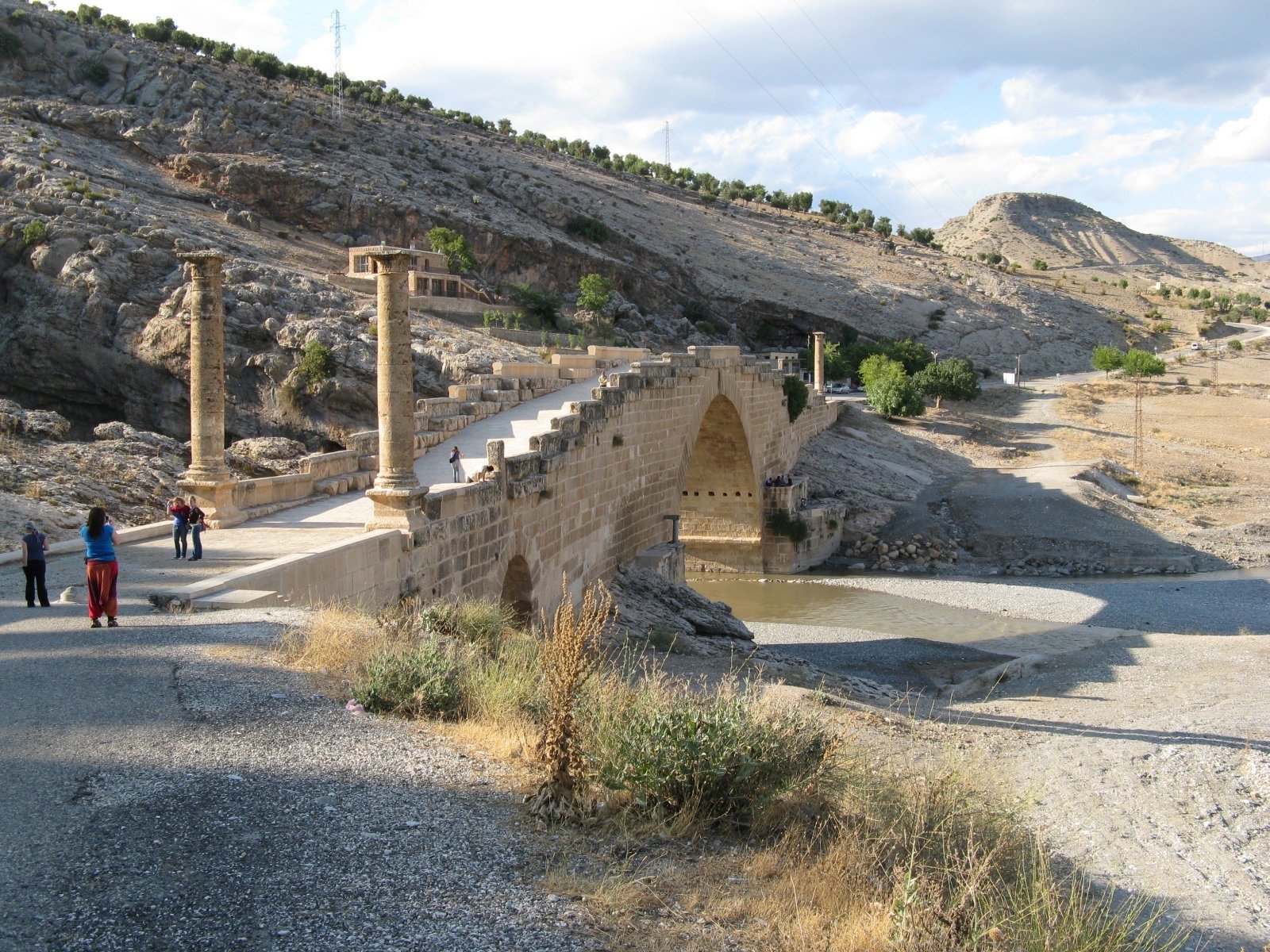 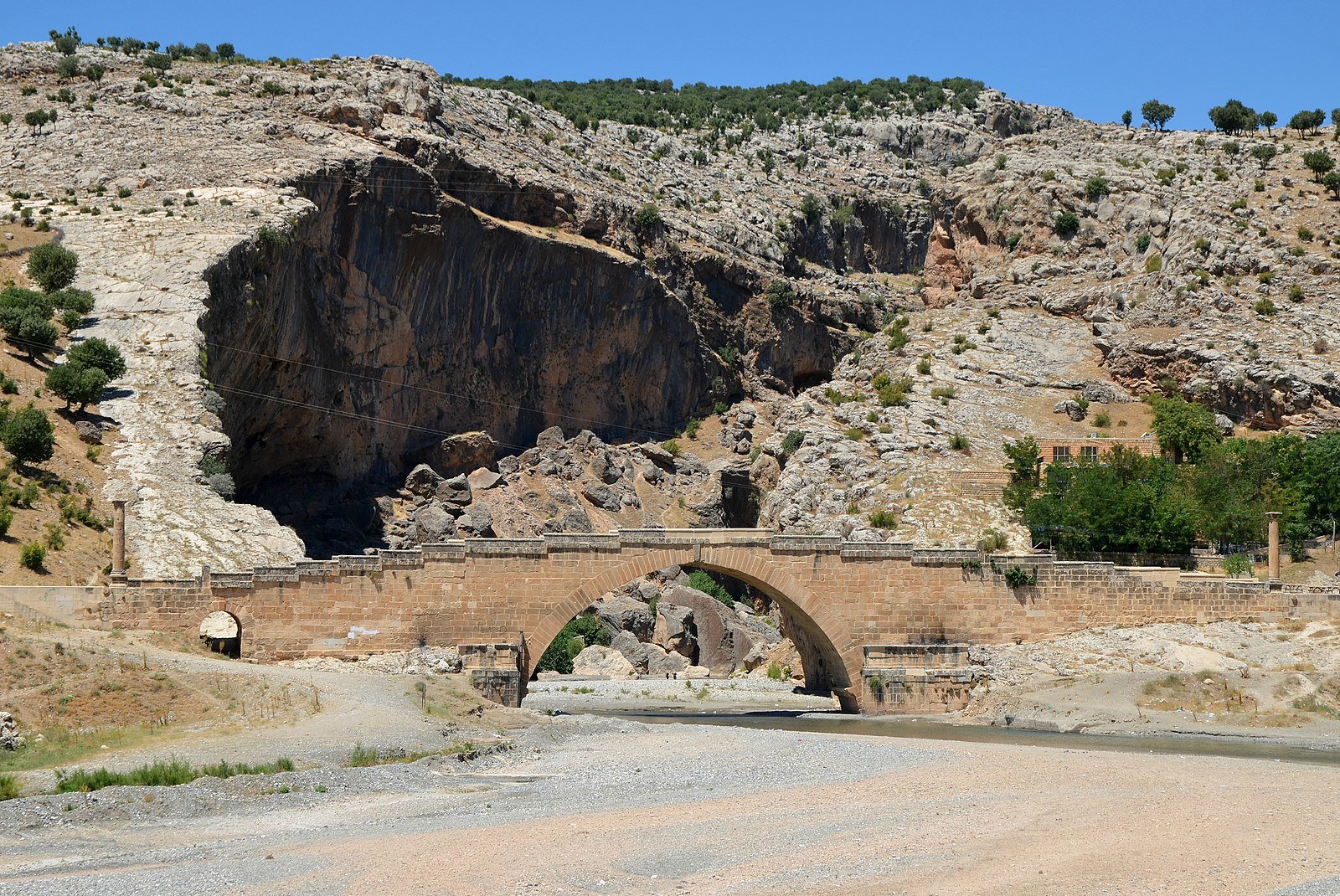 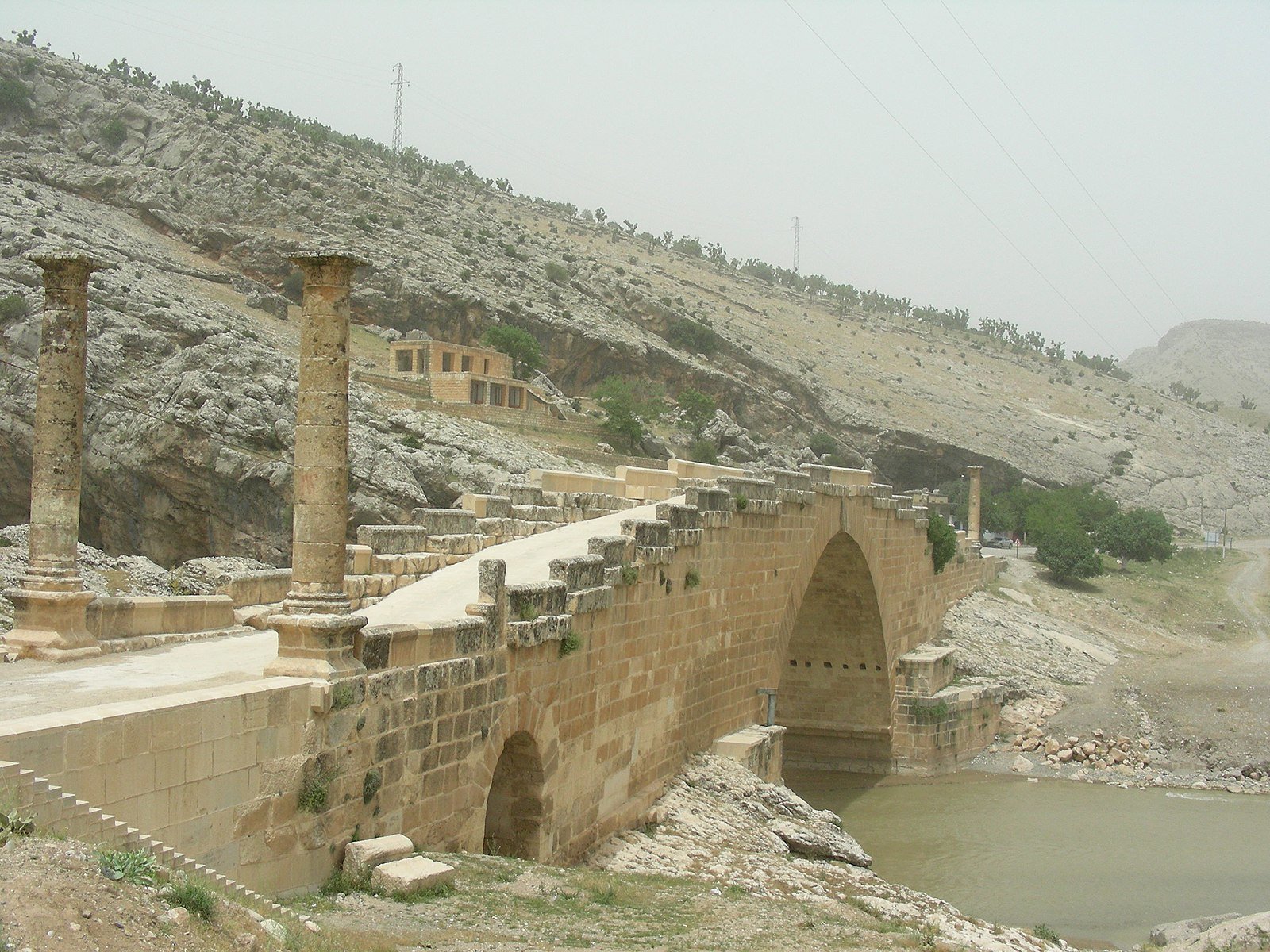 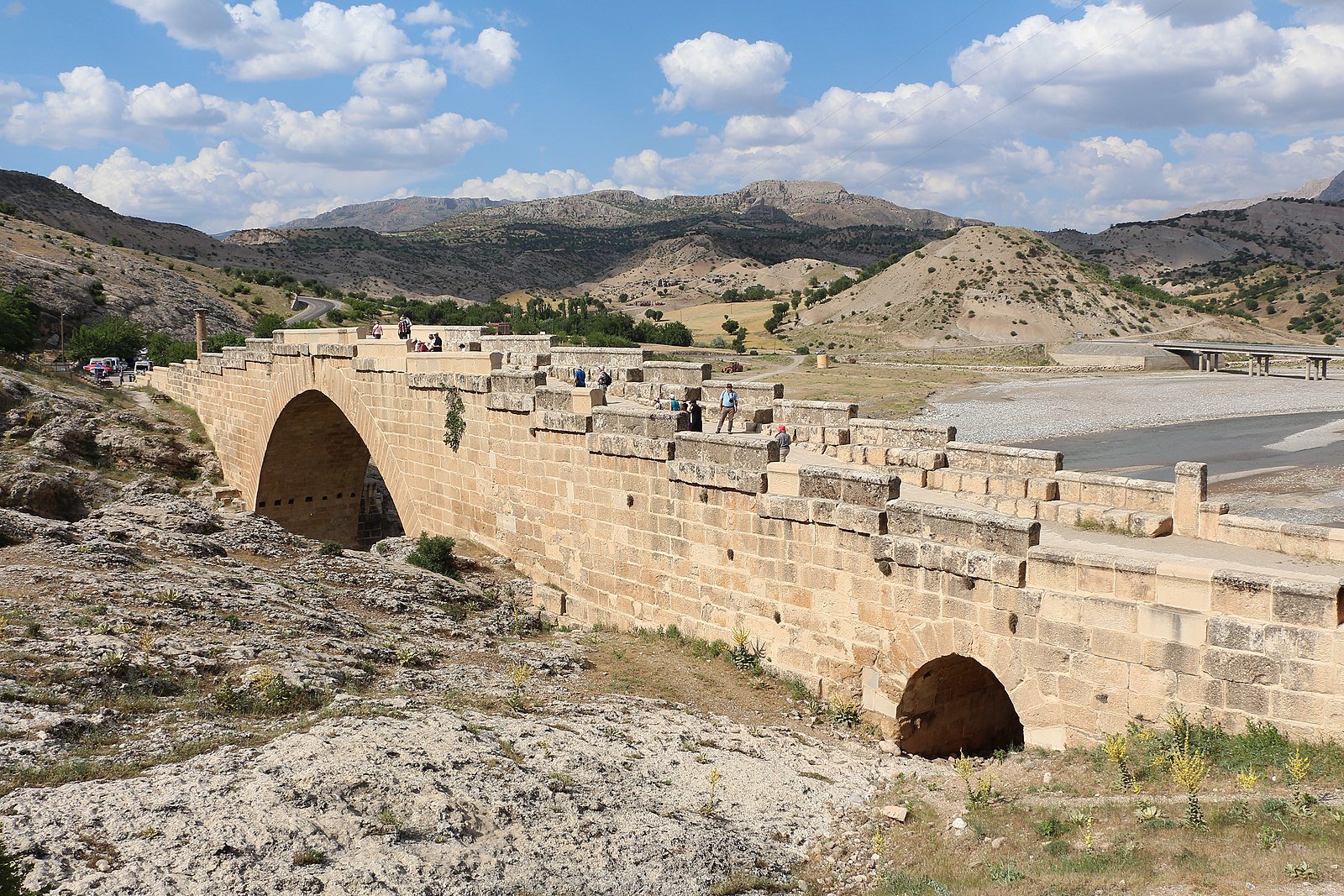 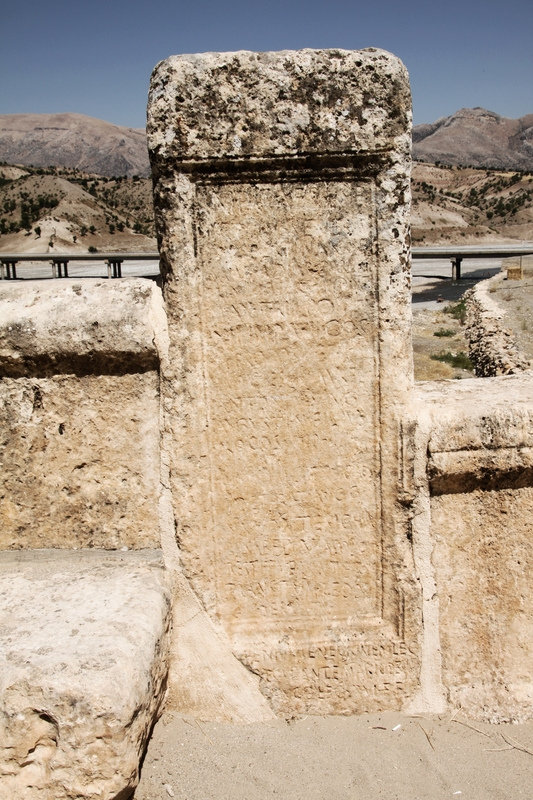 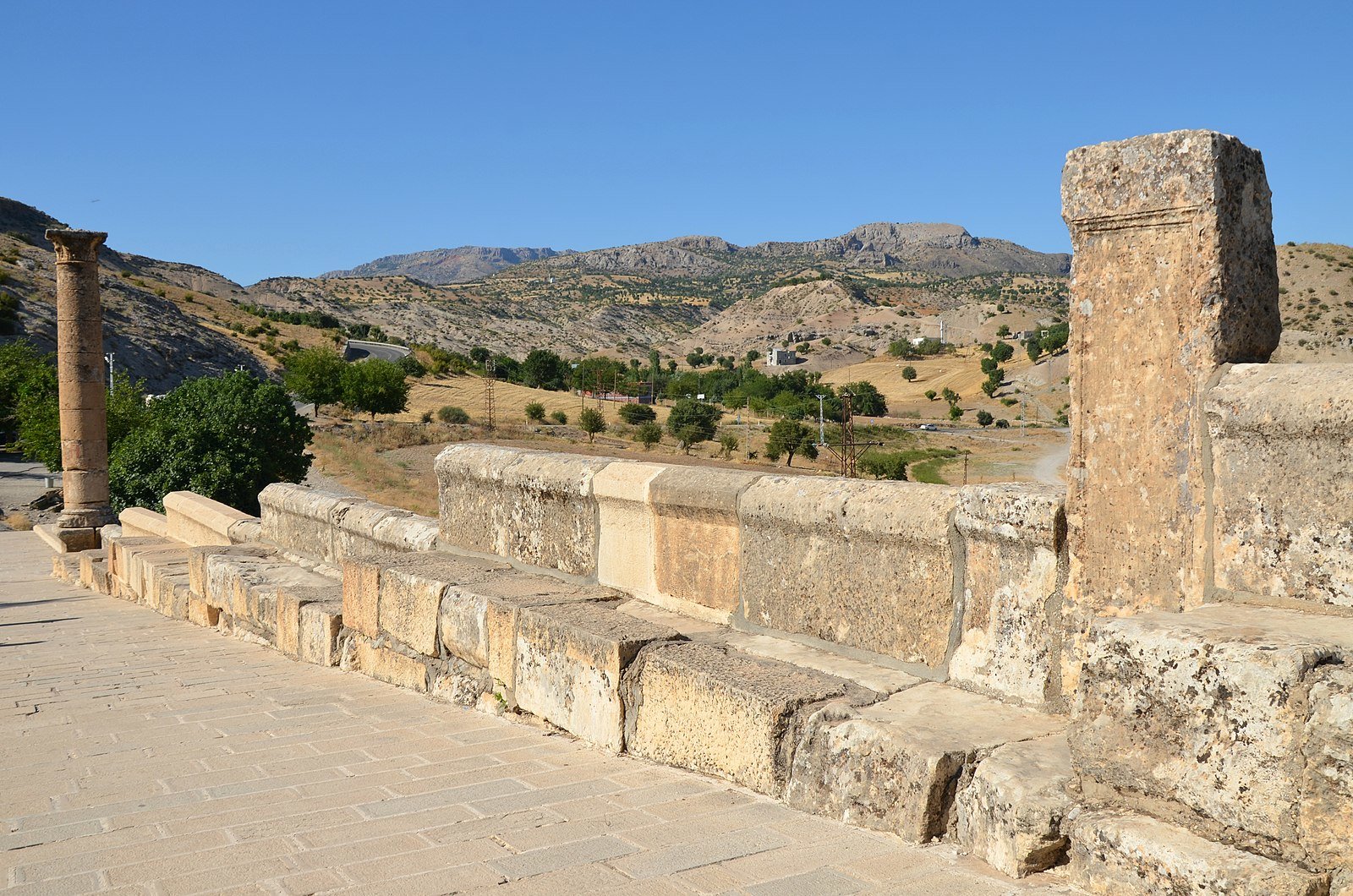