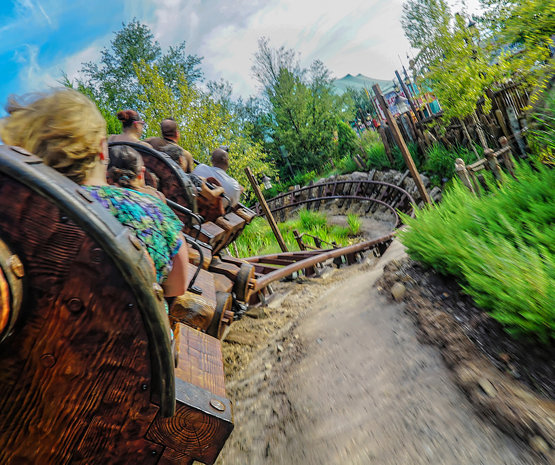 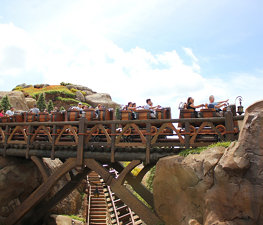 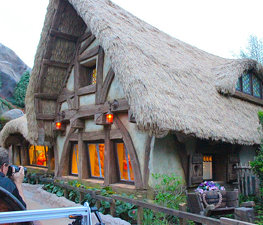 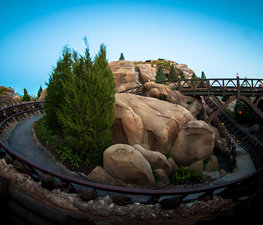 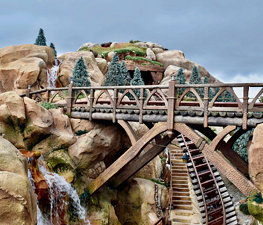 Seven Dwarfs Mine Train is a steel roller coaster located at Magic Kingdom and Shanghai Disneyland Park. Manufactured by Vekoma, the roller coaster is situated in the Fantasyland sections of both parks. The Magic Kingdom version opened to the public on May 28, 2014, as part of a major park expansion called New Fantasyland, while the Shanghai version opened on June 16, 2016. The ride is themed to Walt Disney's 1937 film Snow White and the Seven Dwarfs, the first traditional-animated feature film.

The Fantasyland section of the Magic Kingdom underwent a large expansion and renovation from March 2010 through May 2014. As part of the expansion, the Magic Kingdom's original Snow White attraction, Snow White's Scary Adventures, was permanently closed on May 31, 2012 and replaced with Princess Fairytale Hall, a new Disney Princess meet and greet. A new area themed to Snow White and the Seven Dwarfs, featuring Snow White's cottage and the new the Seven Dwarfs Mine Train roller coaster, was dedicated on May 2, 2014 and officially opened on May 28, 2014. The ride soft-opened in the Magic Kingdom on May 21, 2014, fully opening a week later on May 28, 2014.

On June 16, 2016, Shanghai Disneyland Park opened, with the Seven Dwarfs Mine Train among the attractions.

The queue hosts a few interactive activities. One is a gem-sorting game where you match up three jewels of different shape but the same color. There is also a spot with barrels full of gems that you spin to create reflective animations of the Seven Dwarfs on the ceiling. If all of the dwarfs are present on the ceiling, an animation of Snow White appears in the middle of the Dwarfs' animations. Finally there are the "musical spigots," a gem washing station with wooden taps carved to woodland animals. There are 12 spigots each representing a note on the chromatic scale.

The ride travels both indoors and outdoors, similar to Frontierland's major attractions, Big Thunder Mountain Railroad and Splash Mountain. Unlike roller coasters such as the Incredicoaster and Rock 'n' Roller Coaster Starring Aerosmith, this attraction is designed to appeal to a family-oriented crowd with enchanting scenery and cartoonish architecture; it retains details from the original 1937 film. The attraction features a new ride system of a "tilting vehicle." This new technology simulates the swaying and tipping one would expect to experience in a mine cart.

Songs from the film, such as Heigh-Ho, are featured in the attraction. Most of the Audio-Animatronics, including the Dwarf figures of Doc, Happy, Sleepy, Grumpy, and Bashful performing their Yodel Song in the final scene are recycled from the demolished Snow White's Scary Adventures attraction. Additionally, the vulture figures from the previous attraction ride are perched on a mining structure early in the ride. Many of the figures within the cave are new designs from the animation team, with the most important and recognizable contribution being Doc's high range of motion, two degree-of-freedom wrist.

The ride features two on-ride cameras that provide videos and pictures for guests to buy through Disney's Photopass, which it began doing on September 18, 2014. It is one of only two Walt Disney World attraction to provide videos for guests, the other being The Twilight Zone Tower of Terror. Unlike the rest of the rides at Walt Disney World with on-ride cameras (with the exception of Frozen Ever After), there are no monitors after the ride to view the pictures and there is no store to buy the pictures in.

On November 1, 2014, falling embers from Wishes fireworks show landed on the fake grass exterior of the ride, causing a fire near the bridge that the coaster travels on just before entering the mine. This caused the ride and the area around it to be evacuated. The fire was first reported around 10:20 p.m. Reedy Creek Fire Department responded and extinguished the fire within minutes, according to eyewitnesses. By 11 p.m., multiple eyewitnesses said the fire was out. There were no injuries reported. The area around it reopened later that night and the ride reopened at 12:30 a.m. the following morning.

Santi Caamaño
One of the best roller coasters in the park, the busiest one for sure! Make sure to run to it right after the fireworks end, the line is gonna be a LOT shorter! really worth it.

Meredith Morten
Definitely worth the wait! Keep in mind, it's like a very smooth Big Thunder Mountain. Don't expect a Tower of Terror thrill ride. If you go in knowing that, it's excellent!

Jake Smith
Each car has its own center of gravity, giving this rollercoaster an added "tea-cup" like twist. Pretty good ride no matter where you sit.

Andrew G.
Don't miss the witch on the far side of the dwarves' house- right at the end.

Jerry Burkett
Great rollercoaster. Often has long wait times. Fast pass this ride whenever possible. Look for Snow White dancing with 7 drawfs at the end. Not sure if the look on her face is fun or a cry for help.

Seven Dwarfs Mine Train on Foursquare

Add to wishlist
I've been here
Visited
The Seas with Nemo

The Seas with Nemo & Friends (formerly The Living Seas) is a

Add to wishlist
I've been here
Visited
Fountain of Nations 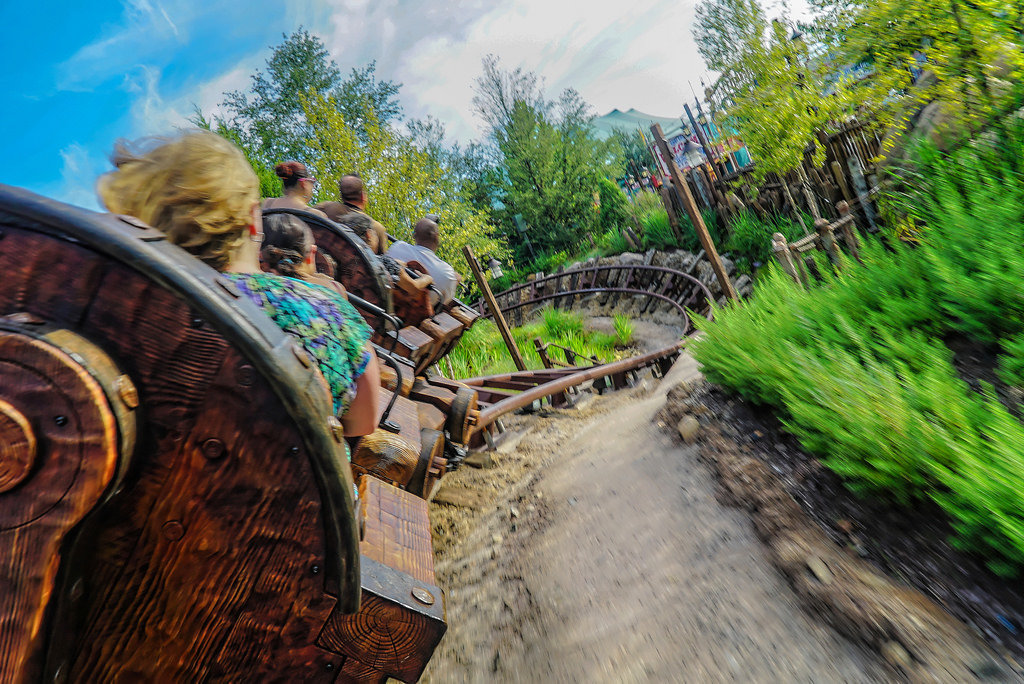 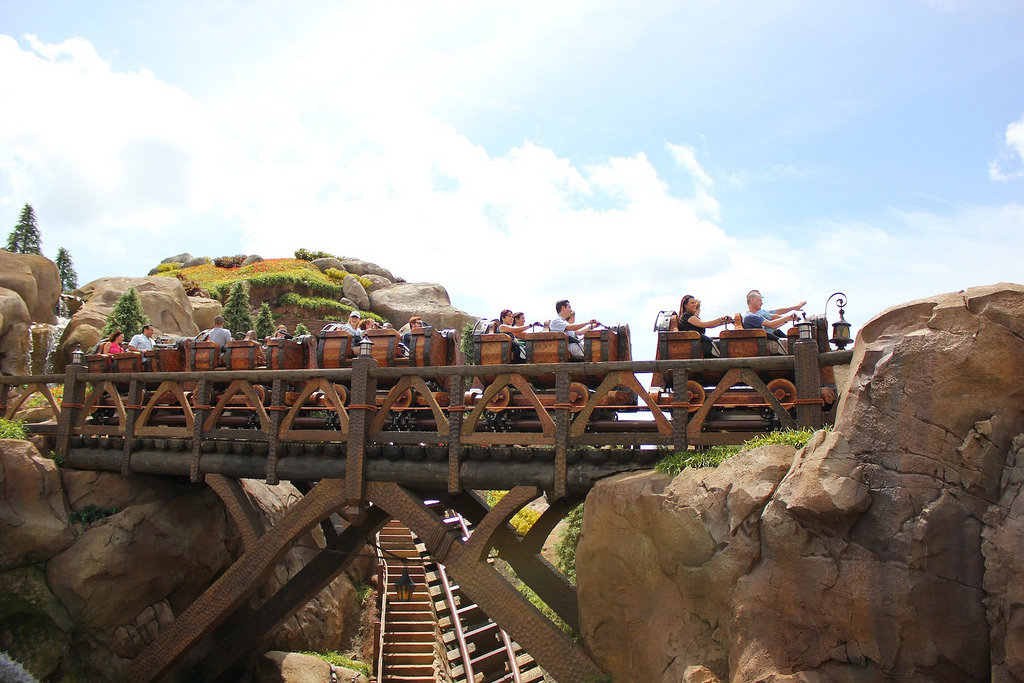 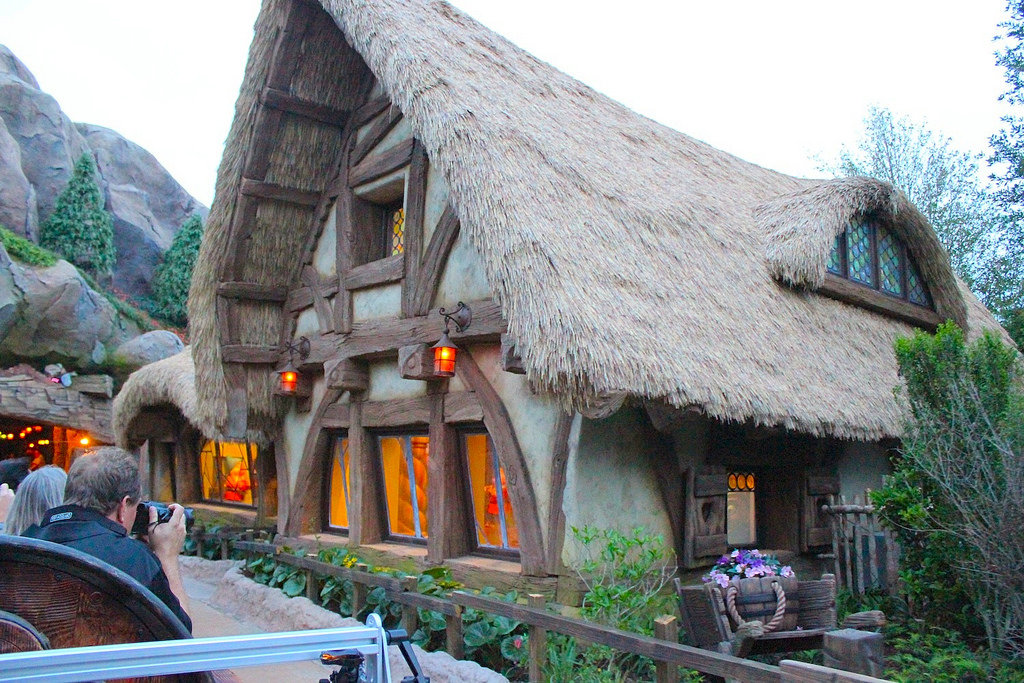 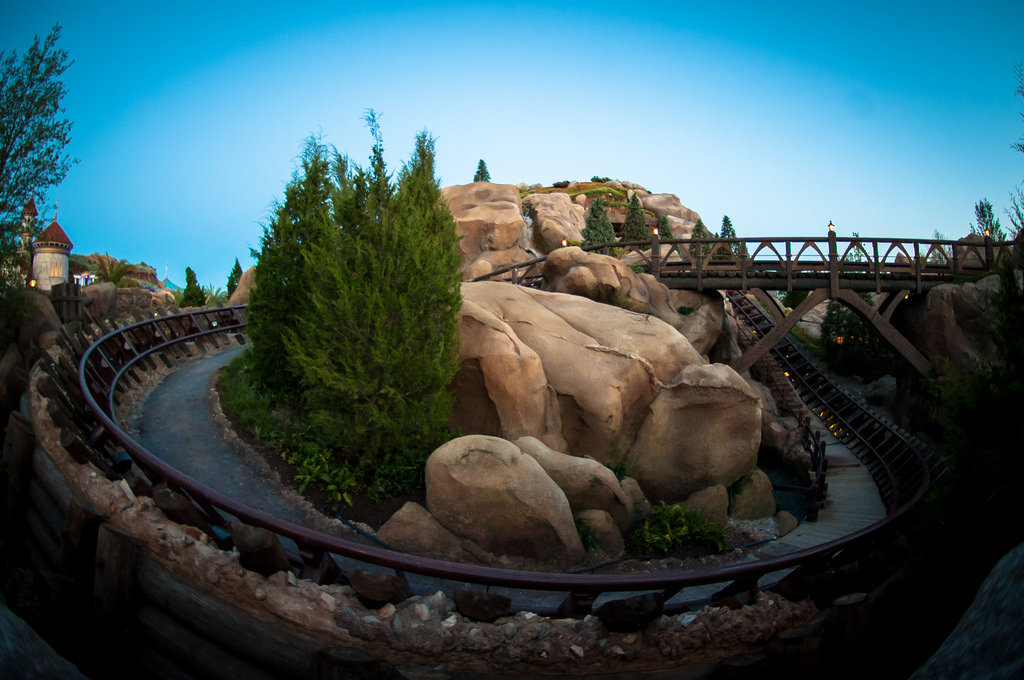 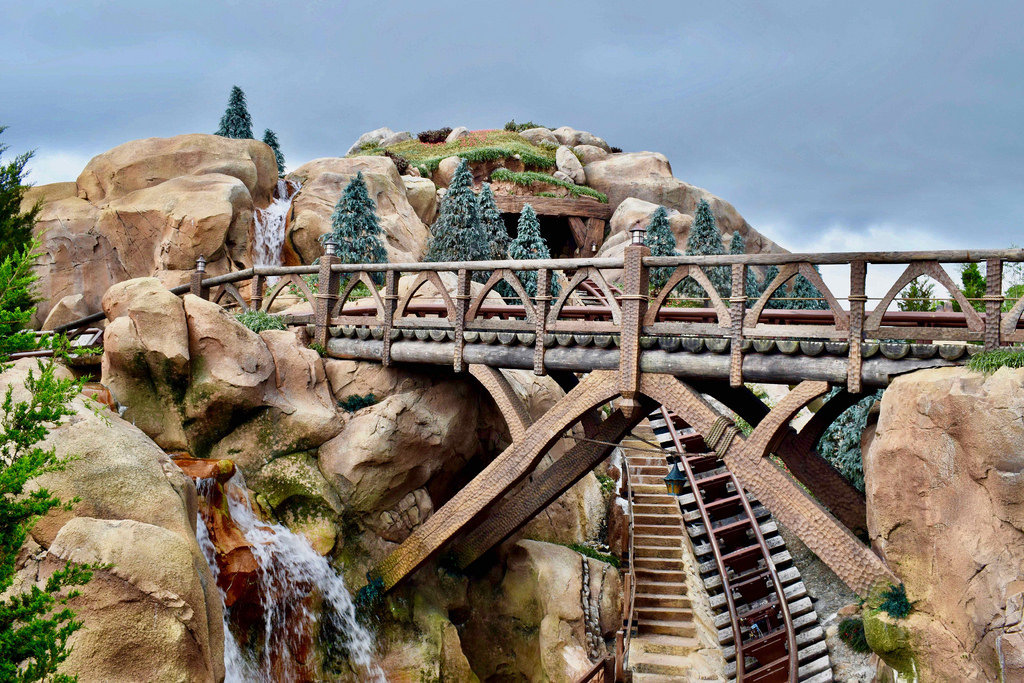