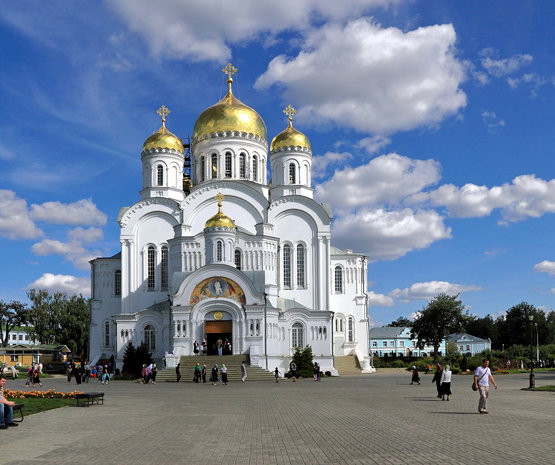 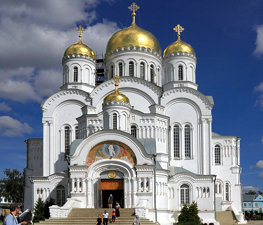 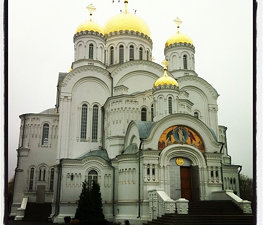 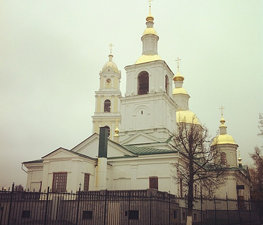 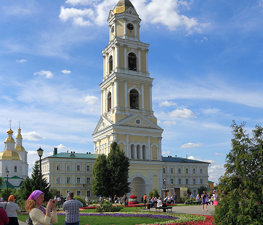 Serafimo-Diveevsky Monastery, or Saint Seraphim-Diveyevo Monastery, or Holy Trinity-Saint Seraphim-Diveyevo Monastery (русский. Свято-Троицкий Серафимо-Дивеевский Монастырь is a monastery of nuns (convent) near Sarov (12 km), and near the city of Nizhny Novgorod (185 km), in the Nizhny Novgorod Oblast, Russia. It is situated in a region considered to have immense spiritual significance. Within its immediate vicinity are situated two other cloisters: those of Sarov and Sanaxar.

The convent is famous because Saint Seraphim of Sarov served as Staretz (Elder) for the nuns of this monastery, though he only travelled to the convent once during his lifetime. He was a monk at the nearby monastery of Sarov. After the fall of communism, his relics, which had been feared lost, were discovered in the storeroom of a "museum of atheism" in Moscow and solemnly transferred to the Seraphim-Diveyevo monastery, which has come to be named after him.

The monastery is also famous for possessing the only portrait of Saint Seraphim that was painted of him by a contemporary, the "Diveyevo Portrait". During the years of Communist persecution, the portrait was smuggled out of Russia and is kept to this day in the Novo-Diveyevo Convent in Naunet, New York.

The convent is a subject of the writings of Serge Nilus in his semi-autobiographical work Velikoe v malom i antikhrist, a work which has the dubious distinction of having been published, in book form, for the first time as the Protocols of the Elders of Zion (which is only its last chapter, Chapter XII).

The Office of the Hegumenia (Abbess) with it Mary Magdalen House Church and the Alexander Nevsky Trapeza Church were built in the end of the 19th century. Finally. the Transfiguration Cathedral was built in 1907-1916. In 2003-2004 there were significant restoration works in the Monastery celebrating 250 year anniversary of Saint Serafim.. 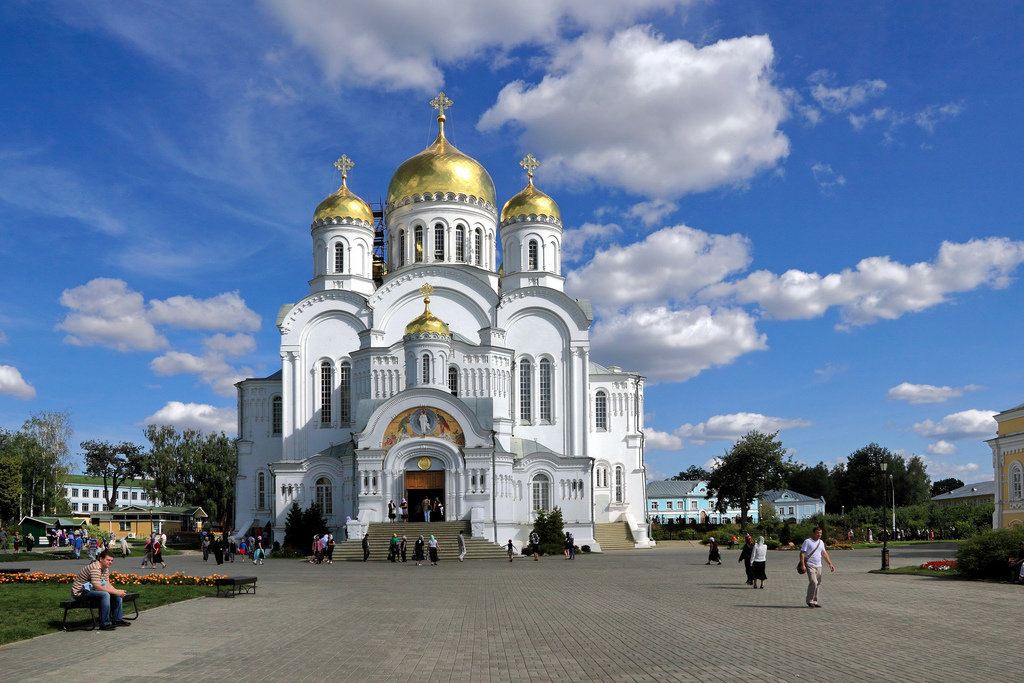 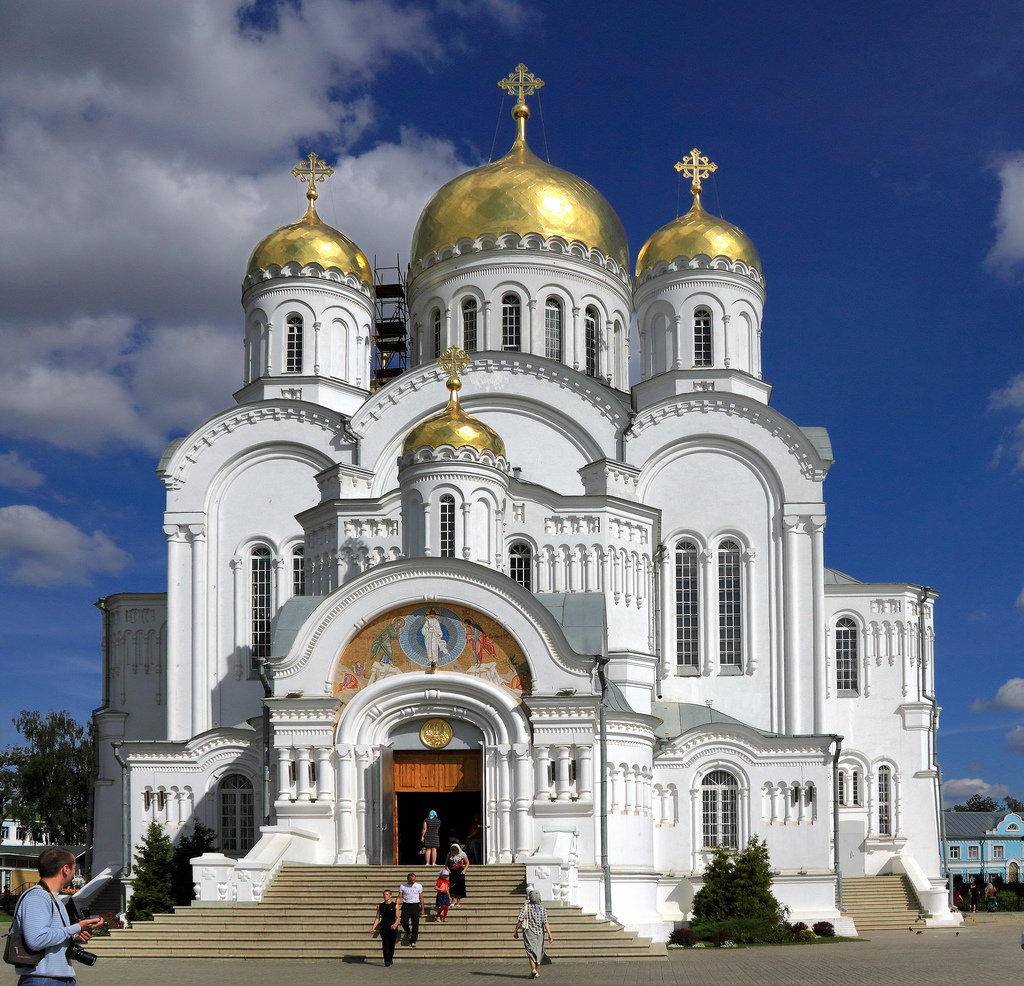 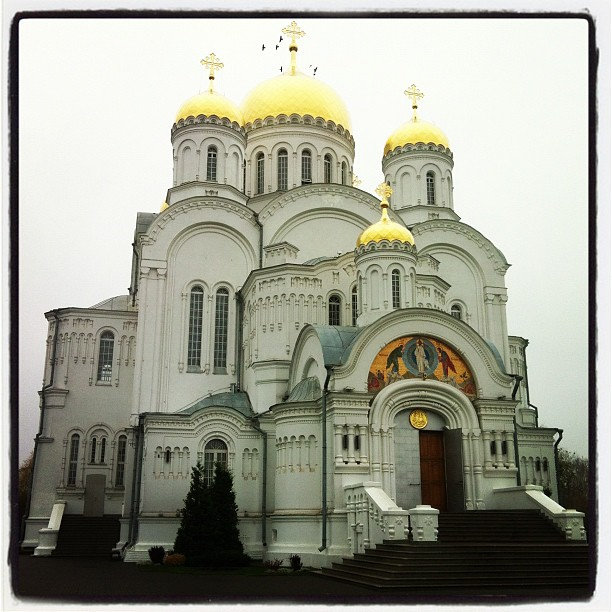 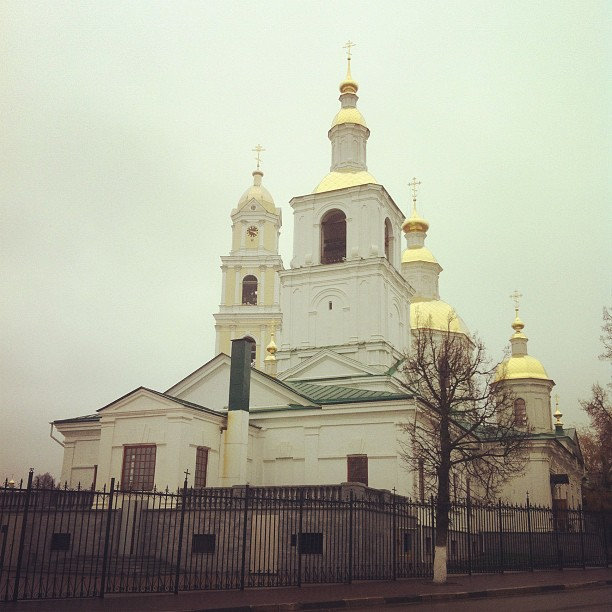 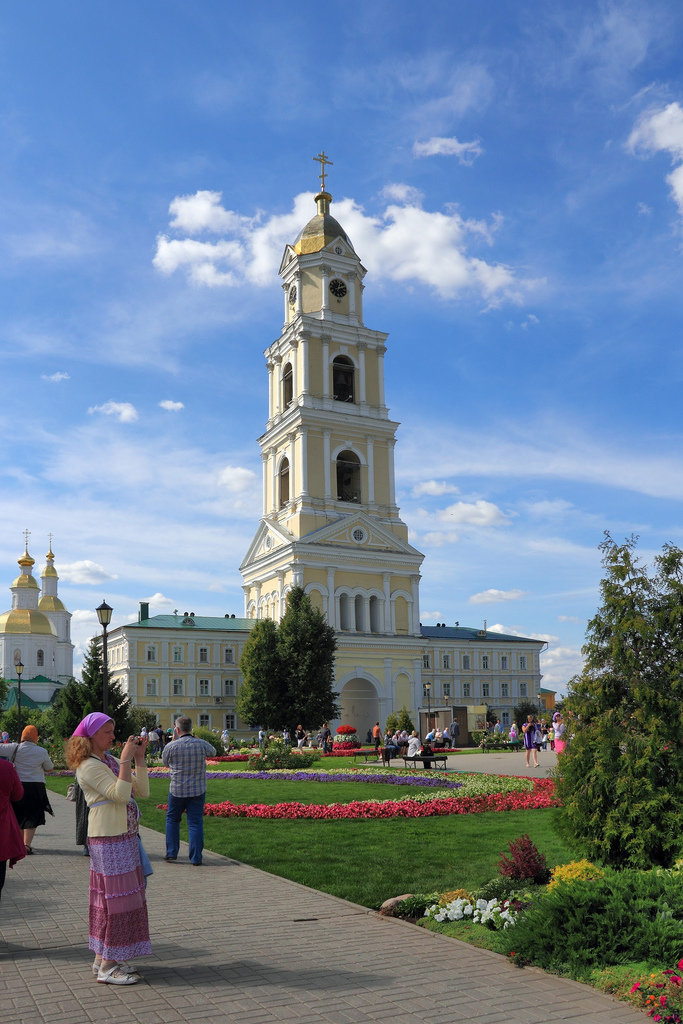 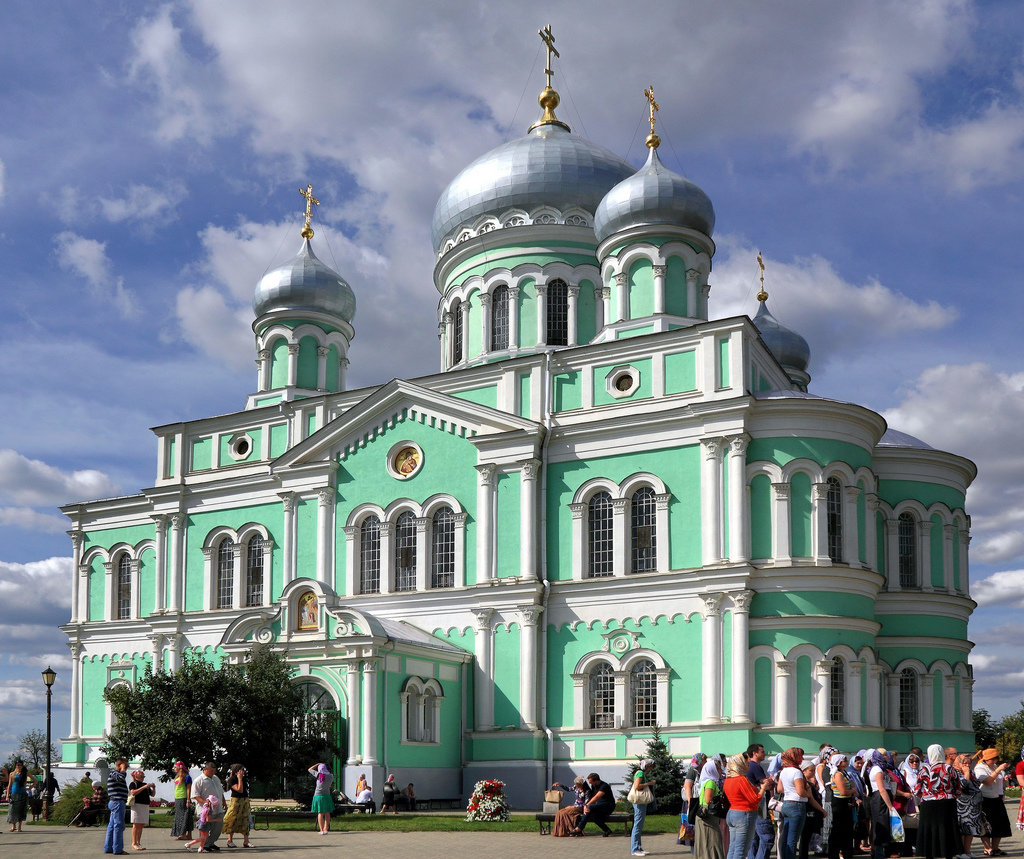 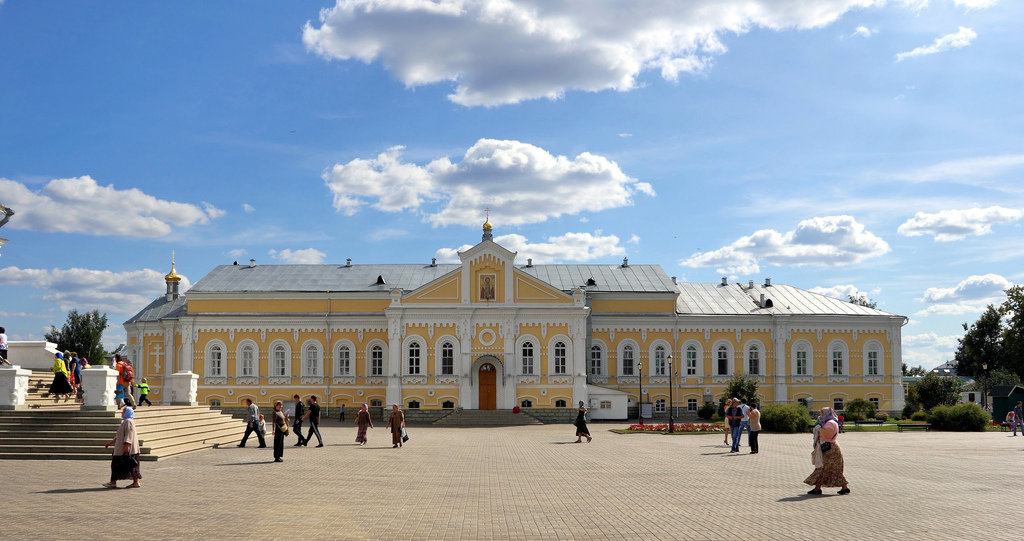