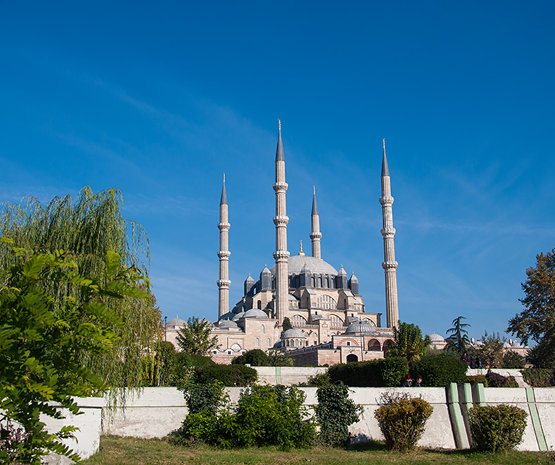 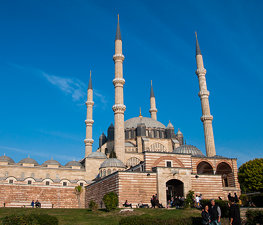 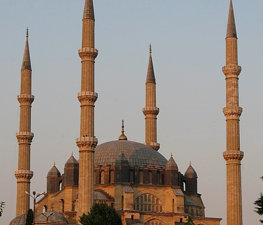 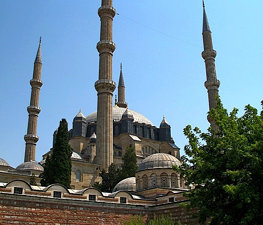 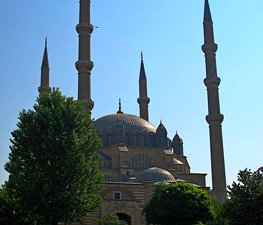 The Selimiye Mosque (Türkçe. Selimiye Camii) is an Ottoman mosque in the city of Edirne, Turkey. The mosque was commissioned by Sultan Selim II and was built by architect Mimar Sinan between 1568 and 1574. It was considered by Sinan to be his masterpiece and is one of the highest achievements of Islamic architecture.

This grand mosque stands at the center of a külliye (complex of a hospital, school, library and/or baths around a mosque) which comprises a medrese (Islamic academy teaches both Islamic and scientific lessons), a dar-ül hadis (Al-Hadith school), a timekeeper's room and an arasta (row of shops). It also contains what is now the Bayezid II Külliye Health Museum. In this mosque Sinan employed an octagonal supporting system that is created through eight pillars incised in a square shell of walls. The four semi domes at the corners of the square behind the arches that spring from the pillars, are intermediary sections between the huge encompassing dome (31.25m diameter with spherical profile) and the walls.

While conventional mosques were limited by a segmented interior, Sinan's effort at Edirne was a structure that made it possible to see the mihrab from any location within the mosque. Surrounded by four tall minarets, the Mosque of Selim II has a grand dome atop it. Around the rest of the mosque were many additions: libraries, schools, hospices, baths, soup kitchens for the poor, markets, hospitals, and a cemetery. These annexes were aligned axially and grouped, if possible. In front of the mosque sits a rectangular court with an area equal to that of the mosque. The innovation however, comes not in the size of the building, but from the organization of its interior. The mihrab is pushed back into an apse-like alcove with a space with enough depth to allow for window illumination from three sides. This has the effect of making the tile panels of its lower walls sparkle with natural light. The amalgamation of the main hall forms a fused octagon with the dome-covered square. Formed by eight massive dome supports, the octagon, is pierced by four half dome covered corners of the square. The beauty resulting from the conformity of geometric shapes engulfed in each other was the culmination of Sinan's life long search for a unified interior space.

At the Bulgarian siege of Edirne in 1913, the dome of the mosque was hit by Bulgarian artillery. Due to the dome's extremely sturdy construction, the mosque survived the assault with only minor damage. On Atatürk's order, it has not been restored since then, to serve as a warning for future generations. The damage can be seen at the photograph above, between the blue center circle and the dark red calligraph to its immediate left.

Firat Ozdemir
This is a great art work. Wonderful , amazing and also perfecr structure!!! Another word is not enough ,only great!!!!

Moris Revah
Görmeden bilemezsin, bilmeden göremezsin. You can not know if you don't see it, you cannot see it if you don't know it. Master piece of Sinan....

Miro
The best artifact of Mimar Sinan; most talented Islamic & Ottoman architecture. Had the pleasure to go the top of minarets & see the mosque complex & Edirne (once frontier ottoman capital) from there

Nihan Y.
You feel like you're in Blue Mosque in Istanbul when you step into the court of this magnificient building.

Burak Sansal
Great ottoman mosque, one of the best examples of architecture by Mimar Sinan. A must see in Edirne.

Mehmet Karagül
The masterpiece of Sinan the Architect. The icon of Edirne. The first of must see places in Edirne.
Load more comments
foursquare.com
9.0/10
Nilay Rallas and 195,029 more people have been here
I've been here
Add to wishlist

Magok-i-Attari Mosque is a historical mosque in Bukhara, Uzbekistan. 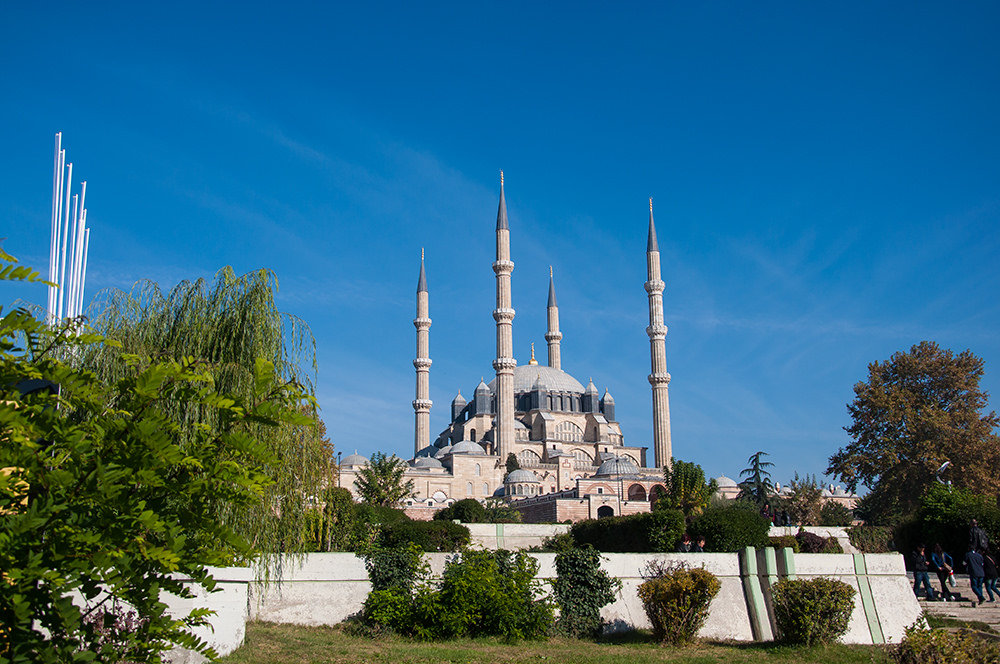 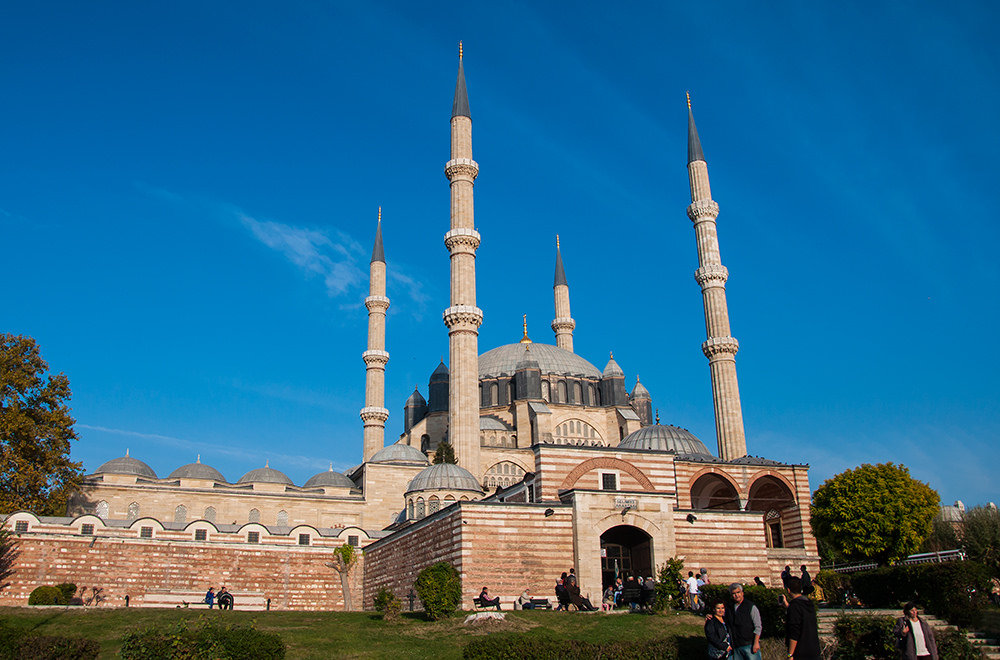 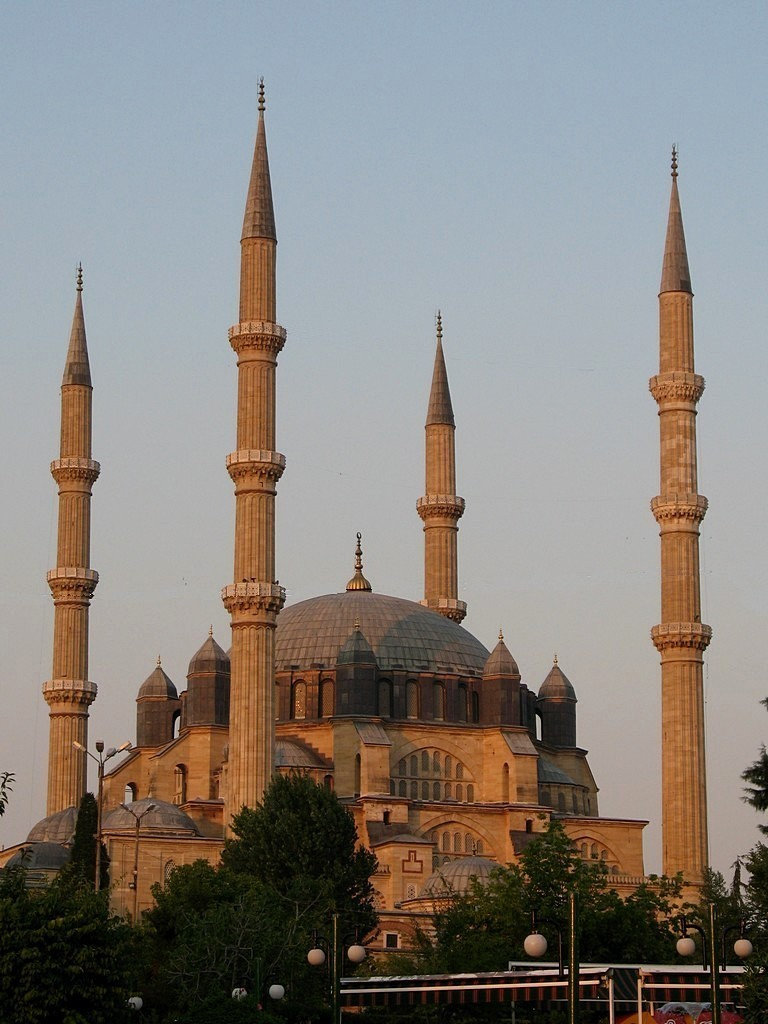 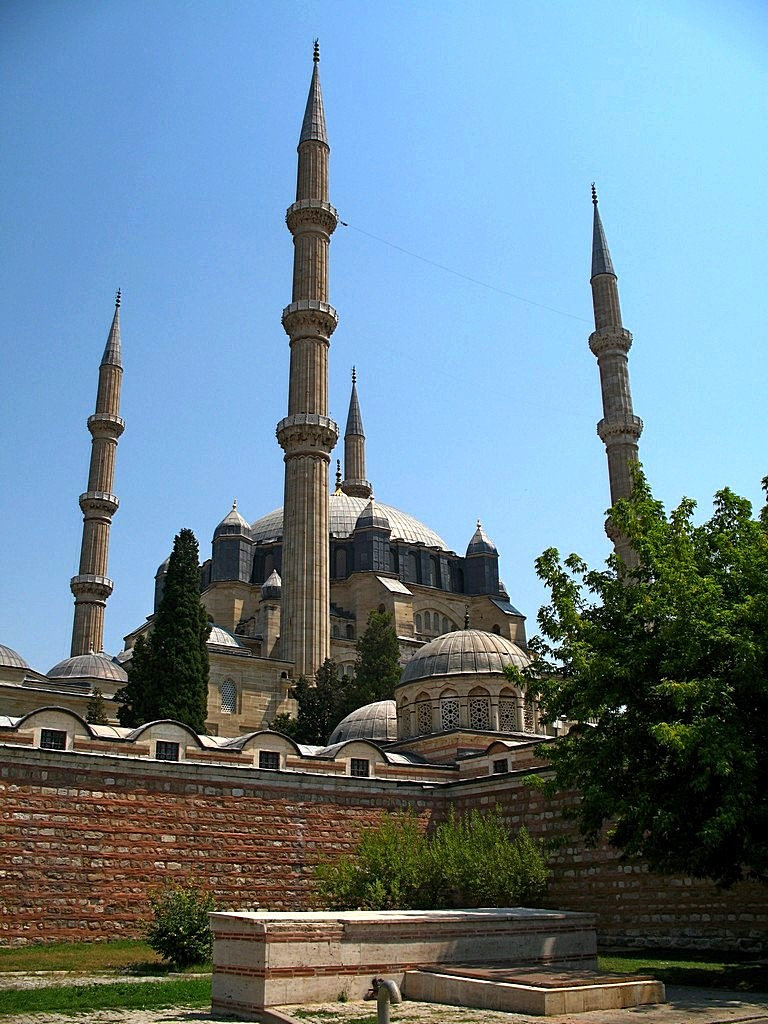 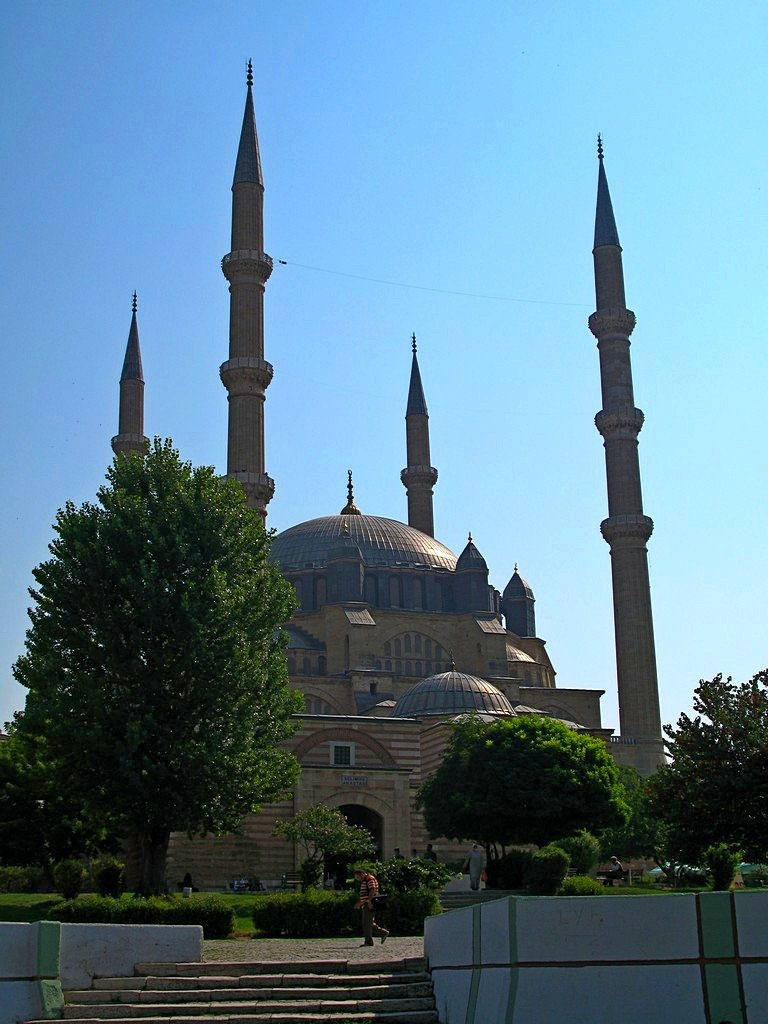 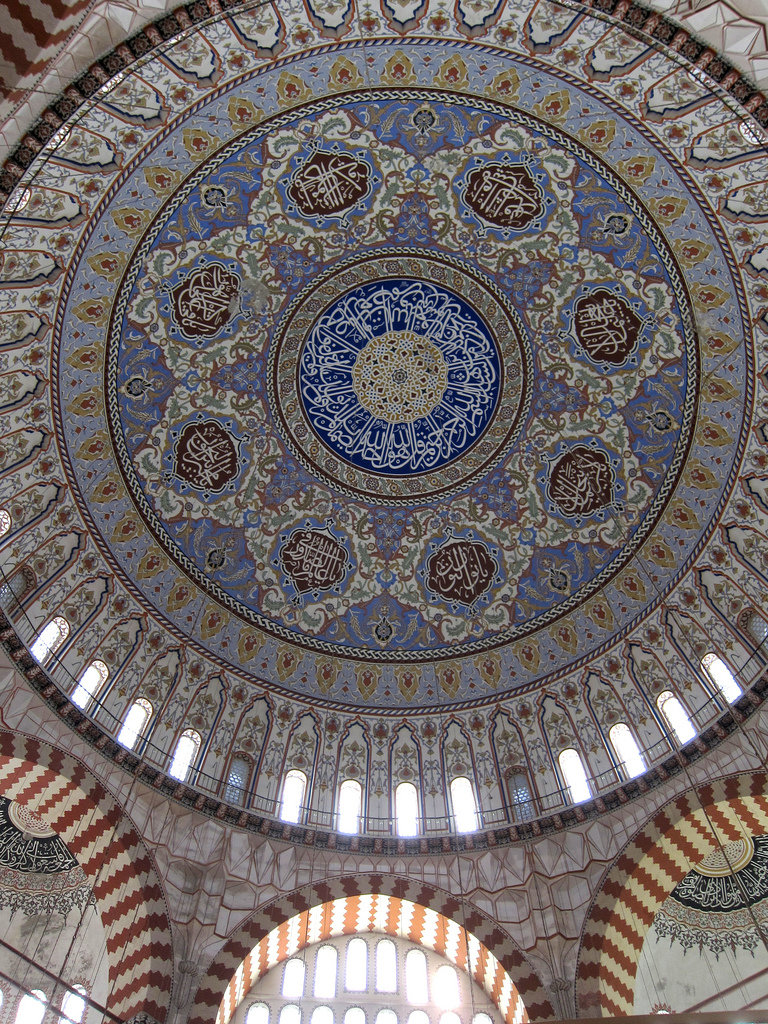 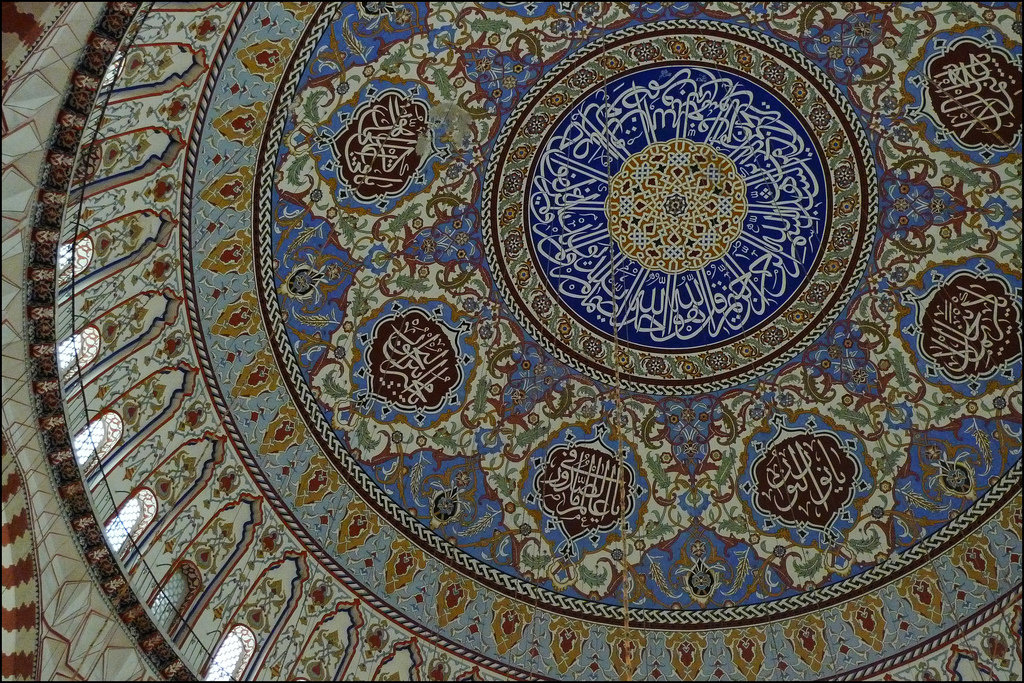 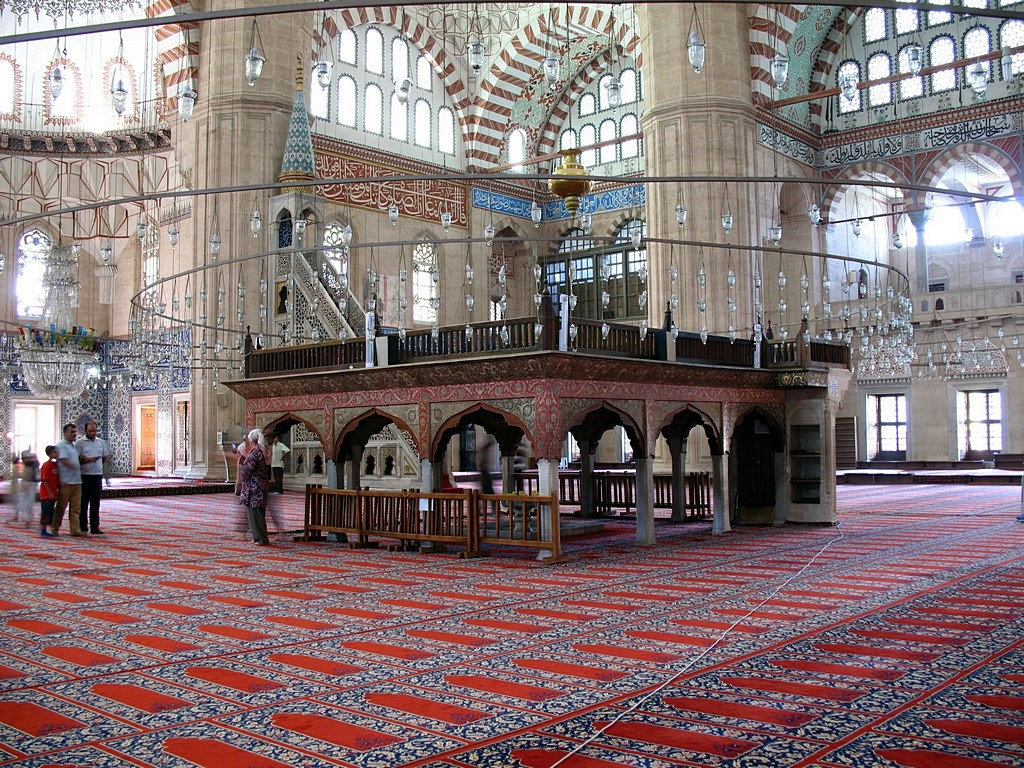 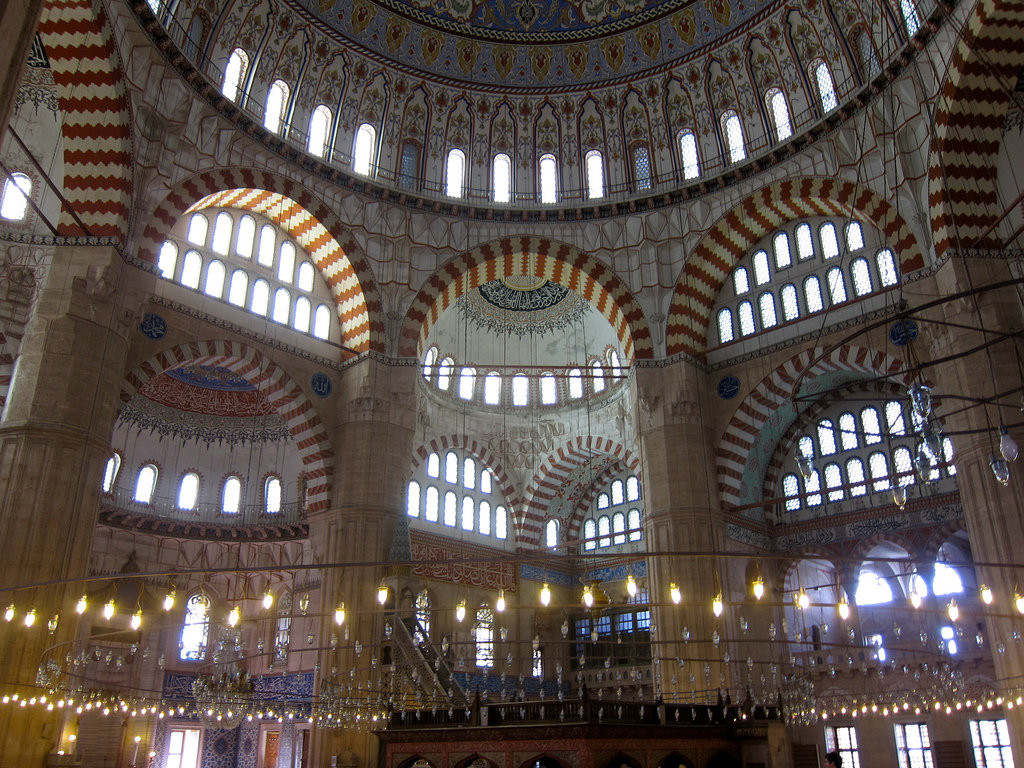 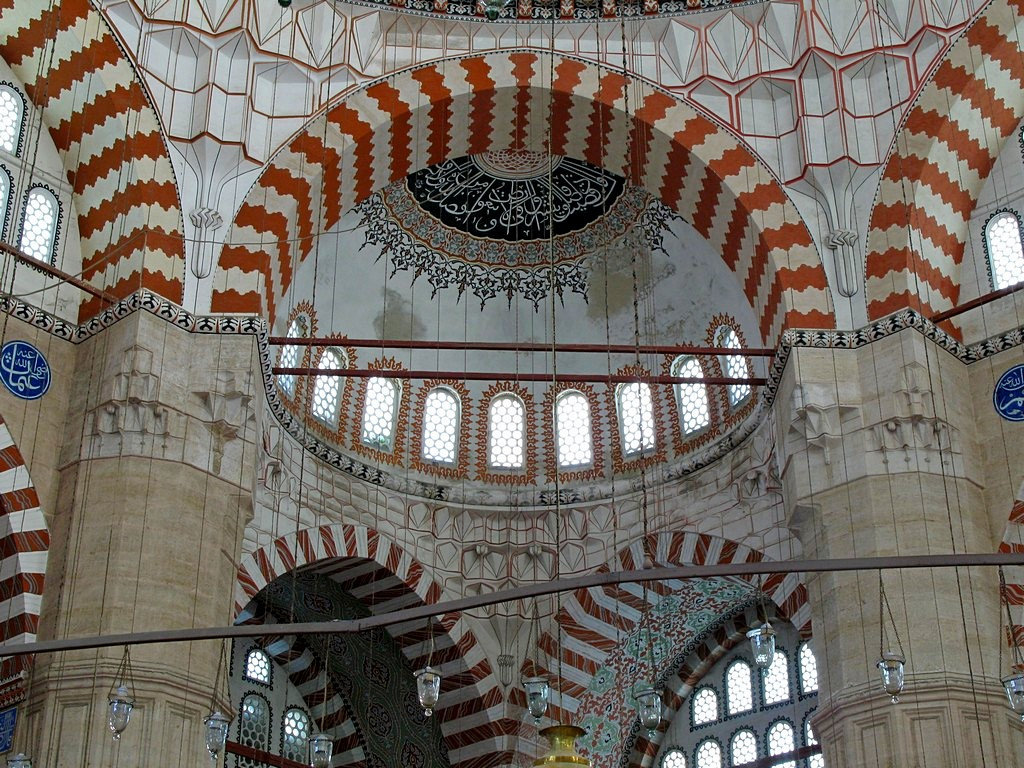 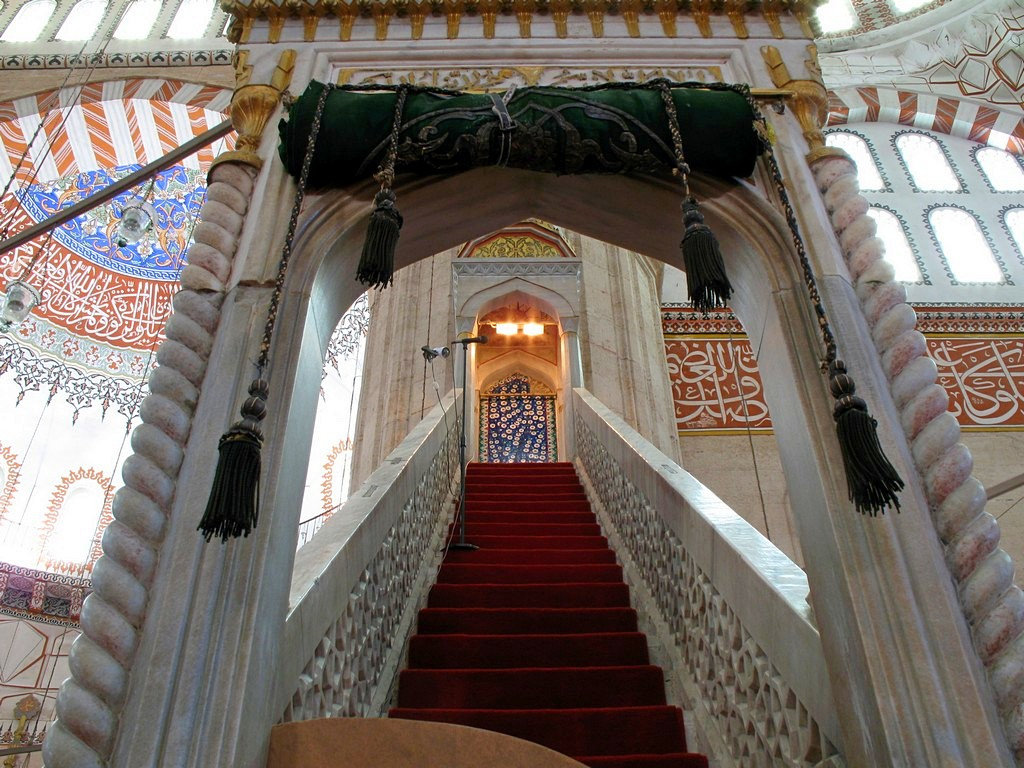 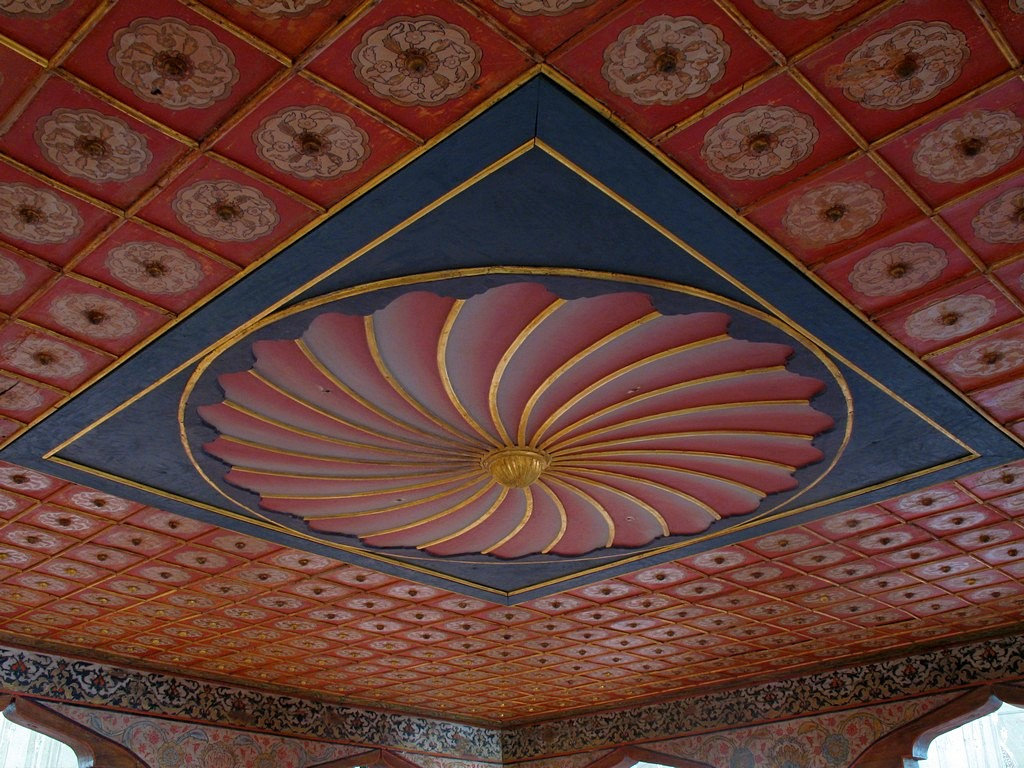 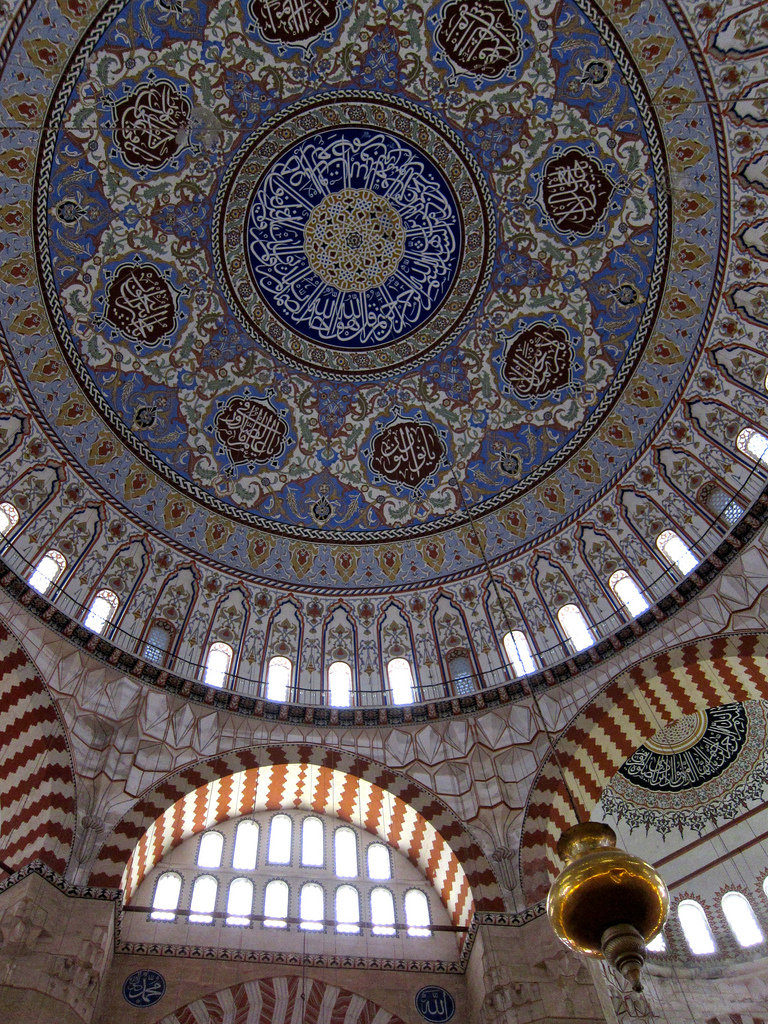