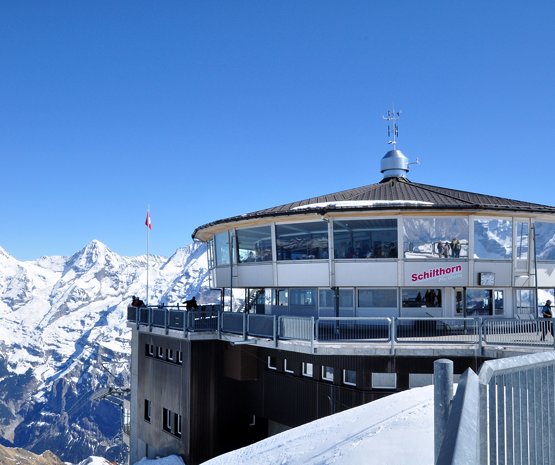 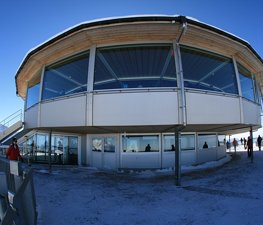 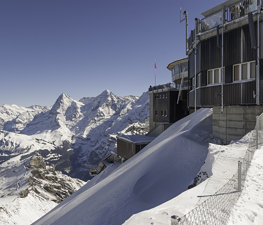 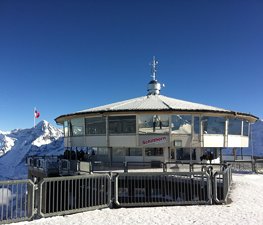 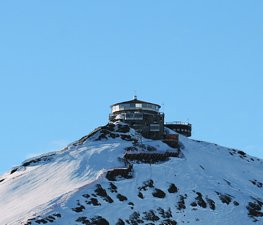 The Schilthorn is a 2,970 metre high summit in the Bernese Alps in Switzerland, above Mürren.

It has a panorama, which spans from the Titlis, Jungfrau, Mönch, Eiger, over the Bernese Alps and the Jura mountains up to the Vosges Mountains and the Black Forest. Mont Blanc is also just visible.

To get to the Schilthorn from the valley floor either of a series of cable cars must be taken. The cable cars begin in Stechelberg leaving to Gimmelwald and then onto Mürren. From Mürren another cable car is taken to Birg, which is the final change before the Schilthorn. this cable airway is the longest and was the most technically challenging airway to be built. The other way up is to take the cable car from Lauterbrunnen to Grütschalp and a train to Murren, from where the cable car must be taken. Between Birg and the summit, the cable car passes over Grauseeli, a small lake. It is also possible to hike to the peak, along the myriad of small, but well-marked paths to the top. The hike to the top takes roughly 5 hours from Gimmelwald for an experienced hiker.

There is a panoramic revolving restaurant, named Piz Gloria, at the summit, which is where the James Bond movie On Her Majesty's Secret Service was set. A famous black ski run featured in the film starts at the summit and leads down to the Engetal below Birg. The restaurant revolves a full 360 degrees in 55 minutes.

During the Winter the Schilthorn is the traditional start for the world longest down hill ski race the "Inferno" which started in 1948.

During the summer the Inferno Triathlon finishs at the summit after a run up from the Lauterbrunnen valley.

Hannah Kim
Chances are your hotel will have a discount coupon for the cable car. Originally 98 Francs, I got 30% off. Better than than the discount with the Eurail which is 25%

Mariana Garcia
Speechless! Get a tea or a hot chocolate at the 360 degrees restaurant and admire the view (but, first of all, stay outside trying to understand how this miracle was possible).

Amit Gaharwar
Covered with snow and gondola is supported with almost no pillars. Quite remarkable feet of engineering. 007 backdrop adds to the interest quotient of the mountain.

Tripsetc Travel Company
Want to Visit an original James Bond Movie Film Site? Go There.The Best and Most Scenic Rotating Restaurant in the world is on third level of this place.

Fedor Muhosranskiy
It's worth it. Overwhelming views on mountains around and Jungfrau mount

See all hotels See all
Silberhorn

The Trummelbach Falls (In German: Trümmelbachfälle) in Switzerland a

The Staubbach Falls (German: Staubbachfall) is a waterfall in

The Silberhorn (3,695 m) is a pyramid-shaped mountain in the Bernese

The Lauterbrunnen Breithorn (el. 3780 m.) is a mountain in the Bernese

The Bietschhorn (3,934 m) is a mountain in the Bernese Alps in

The Puijo tower is a 75 metre high TV tower in Kuopio, Eastern

The Florianturm (Florian Tower, Florian for short) is a landmark of 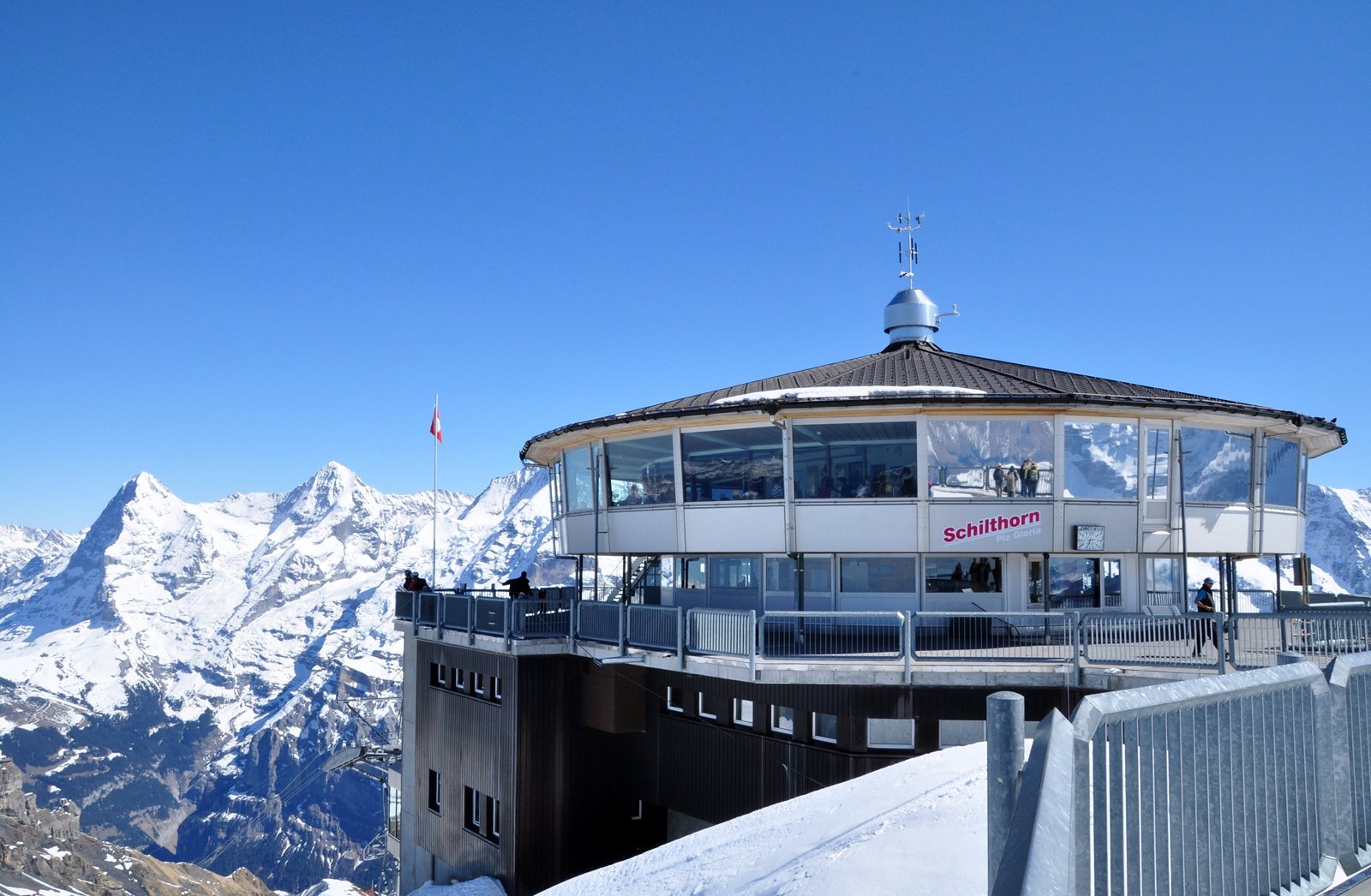 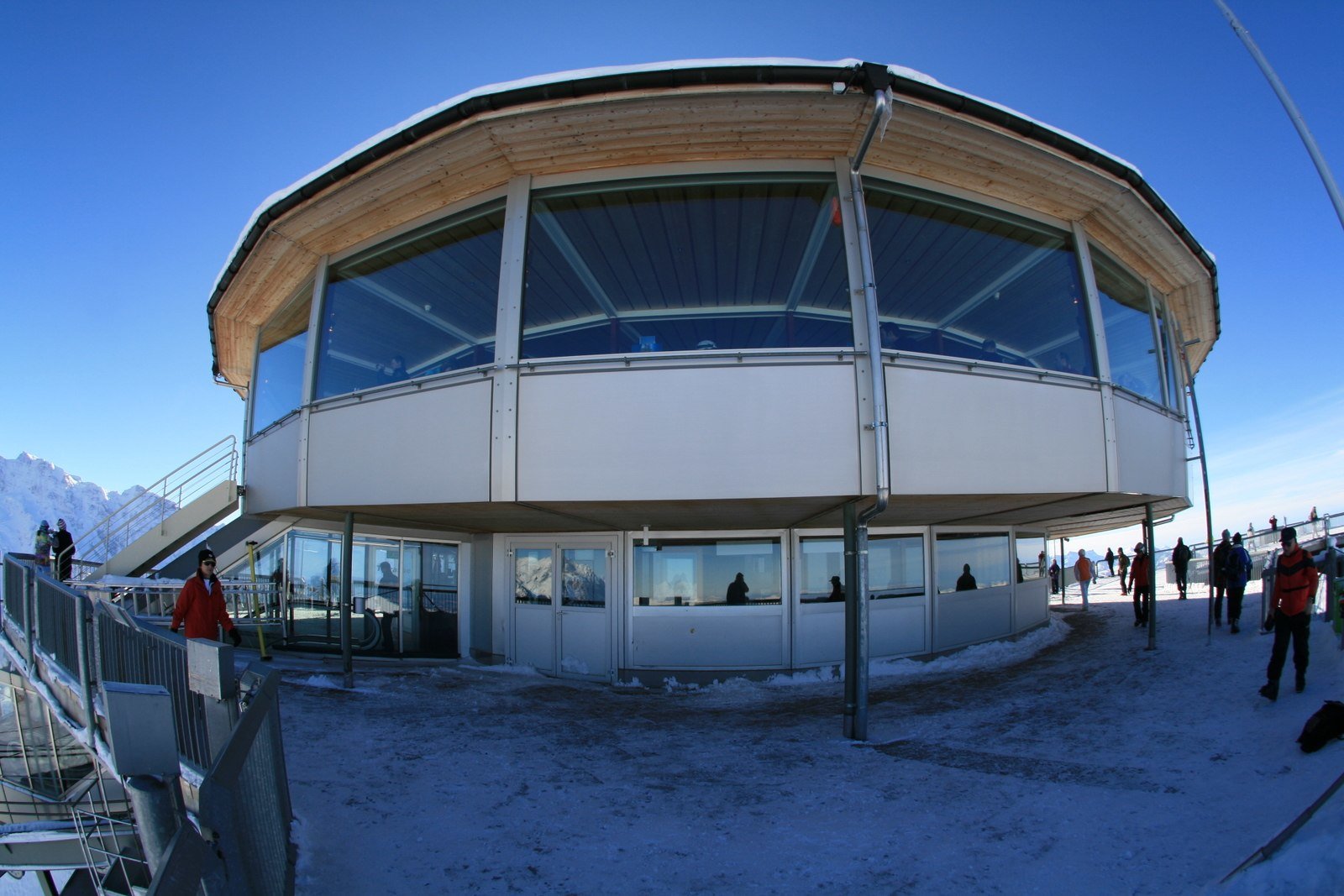 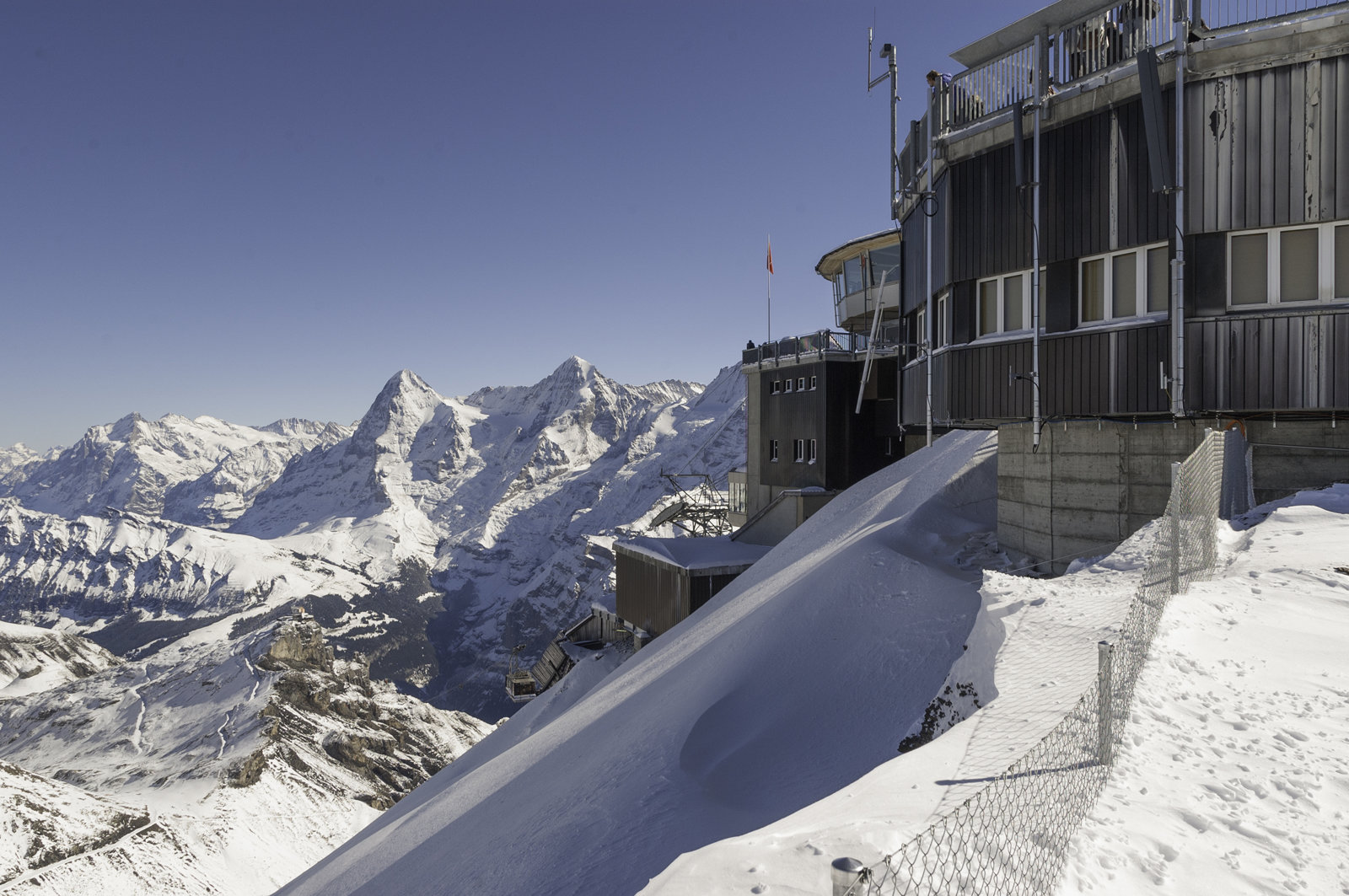 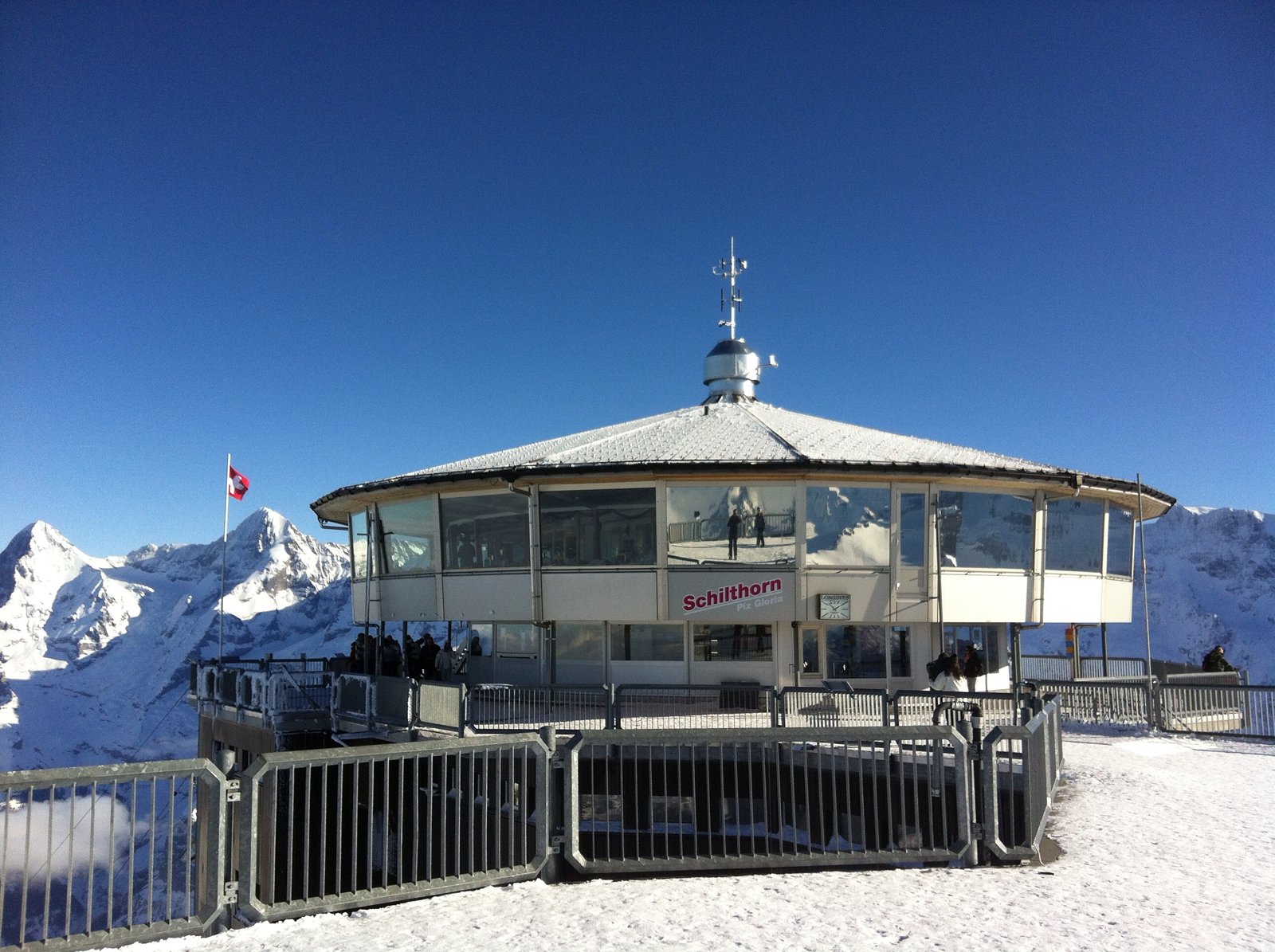 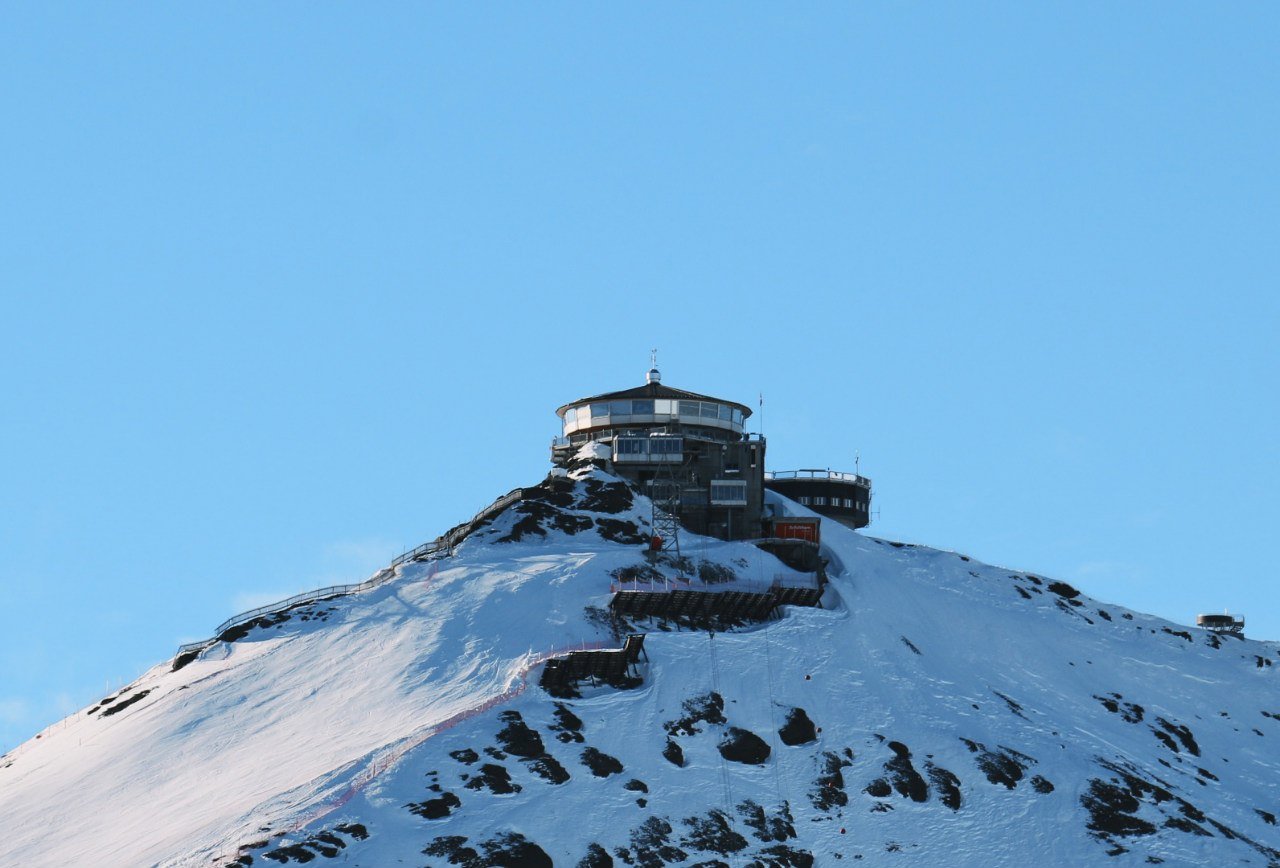 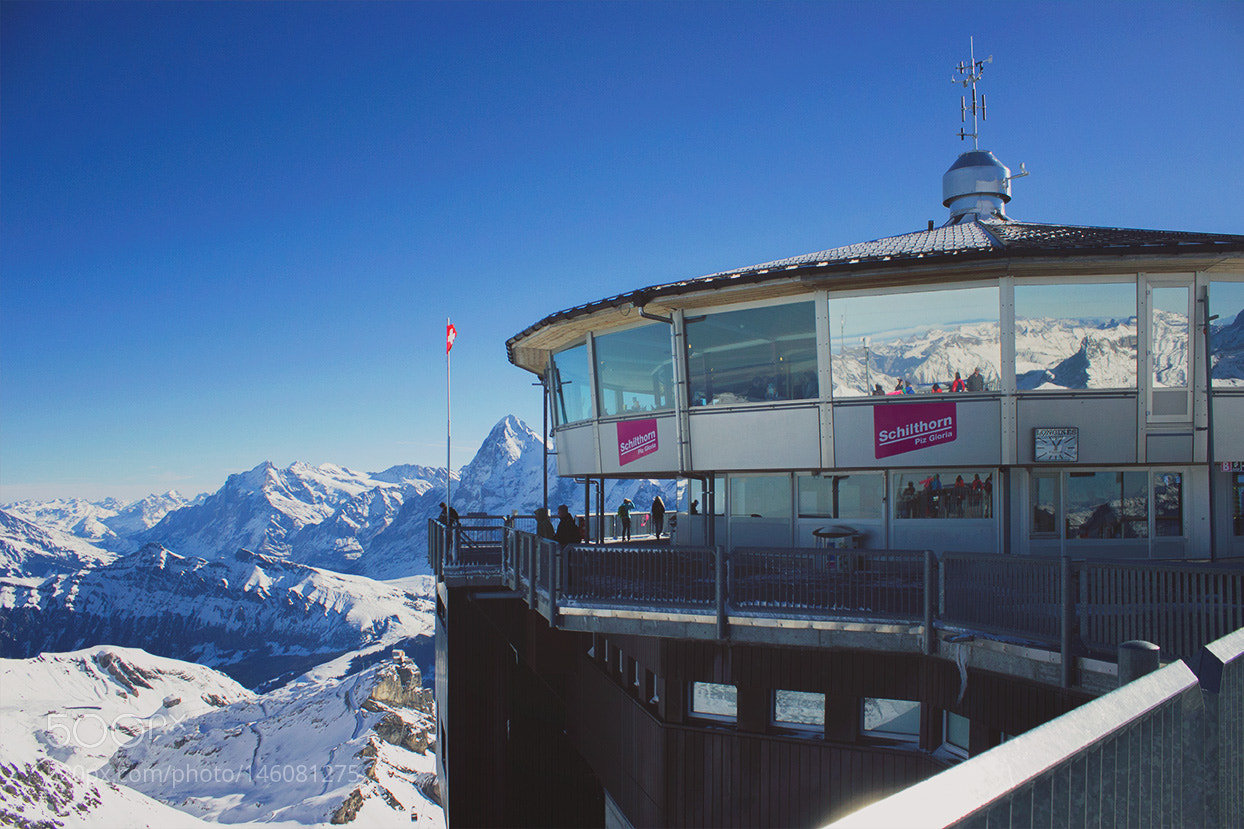 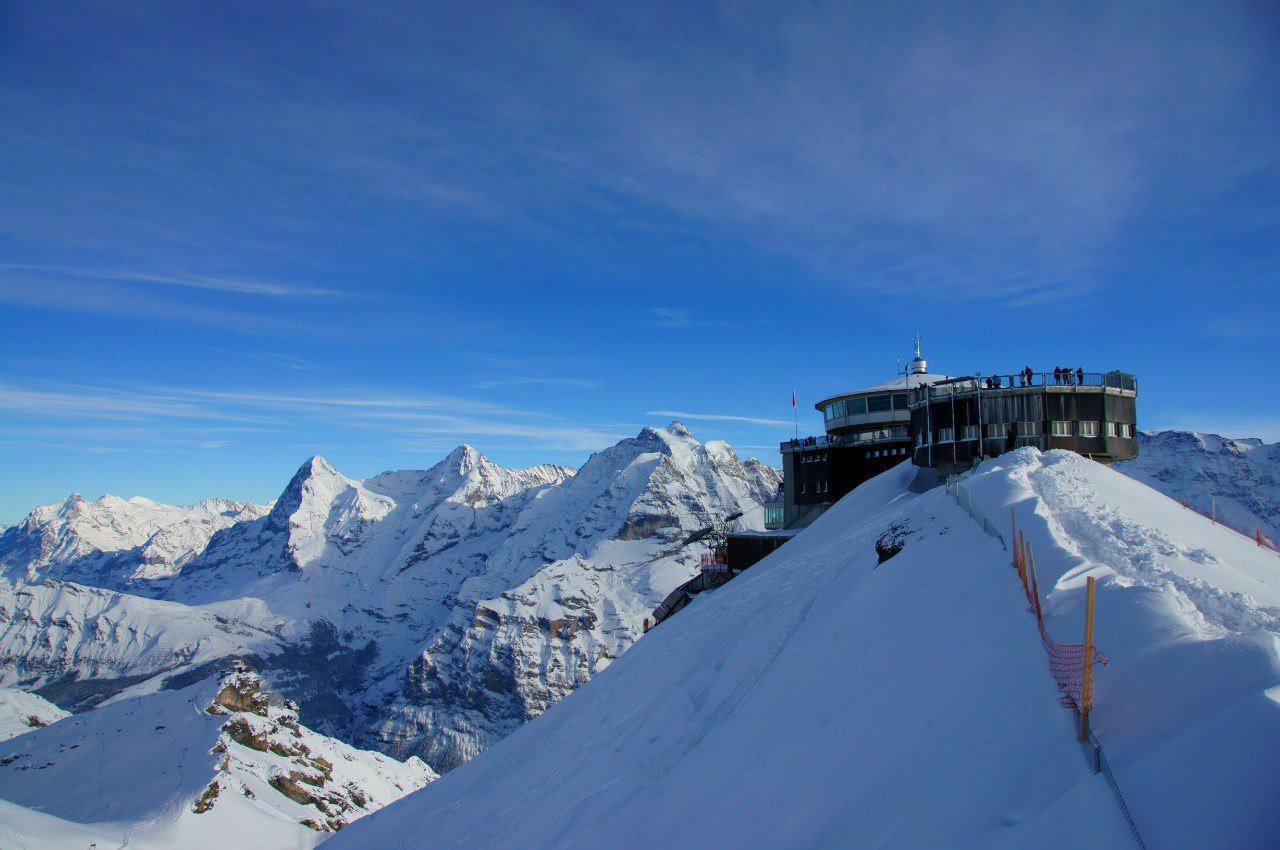 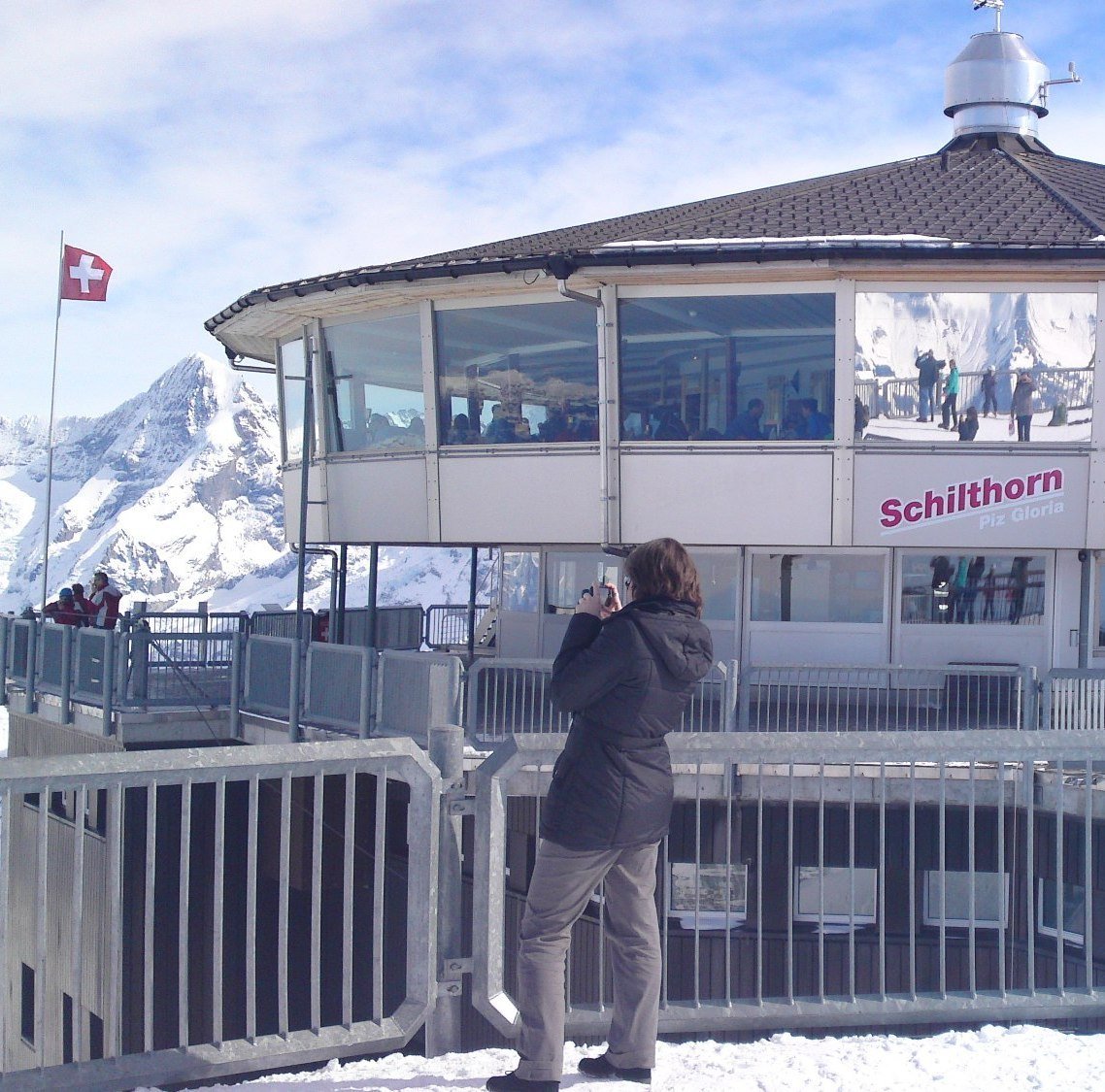 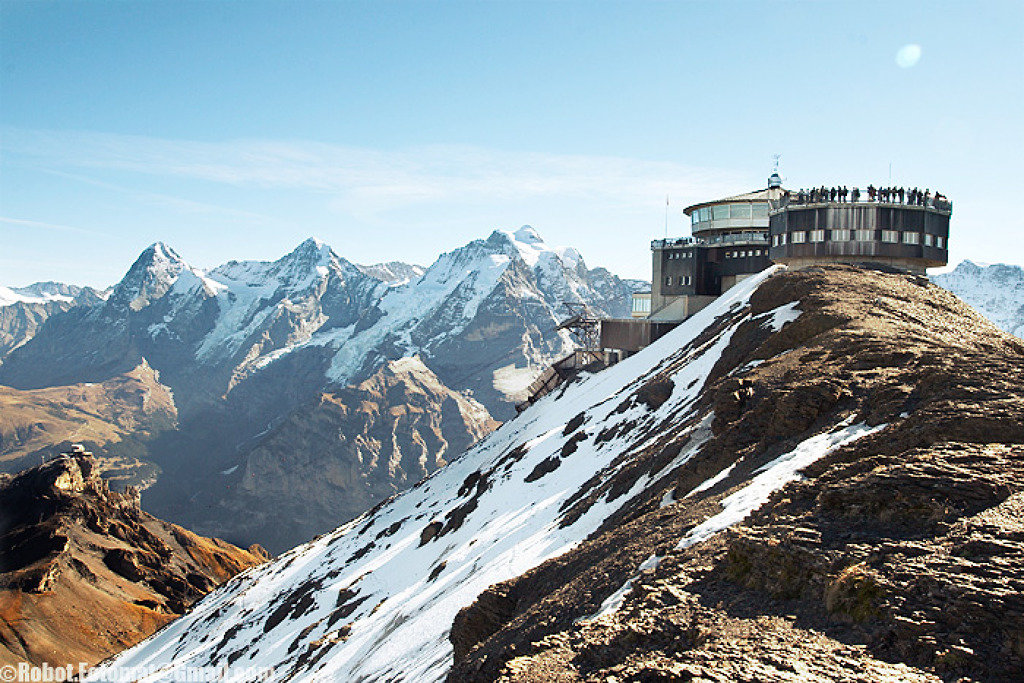 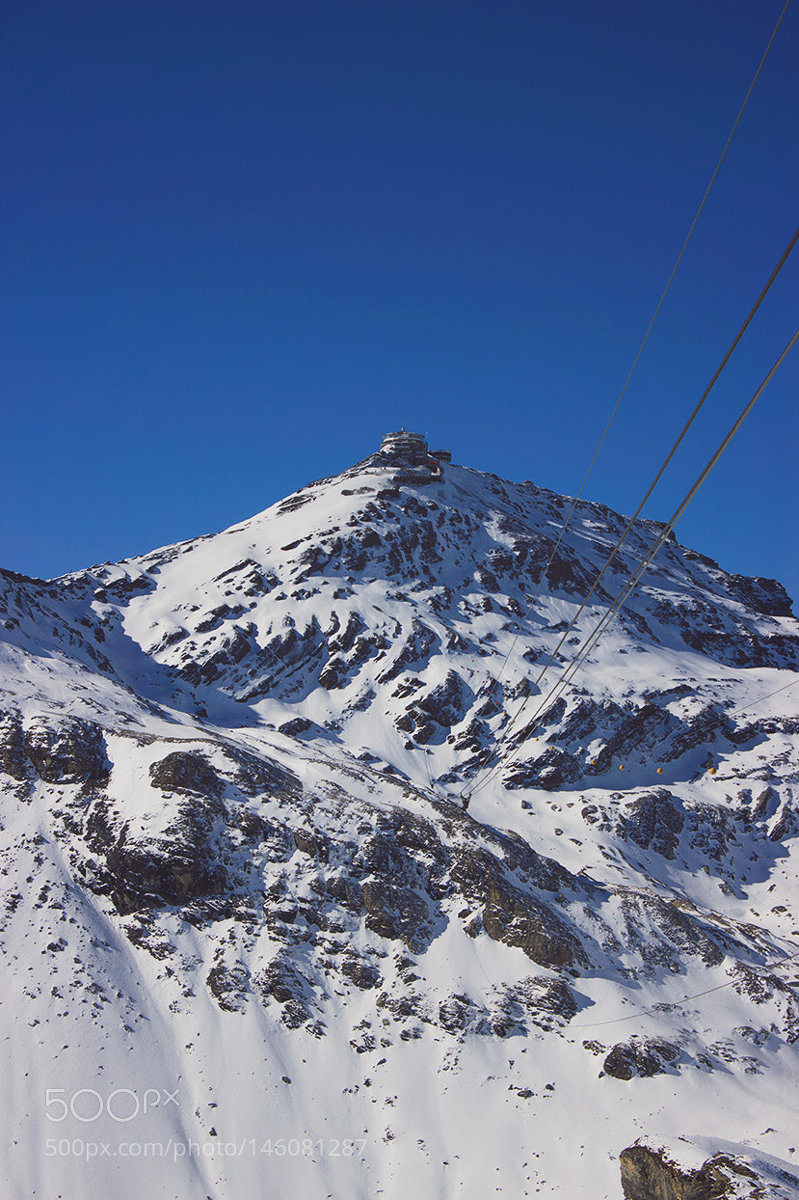 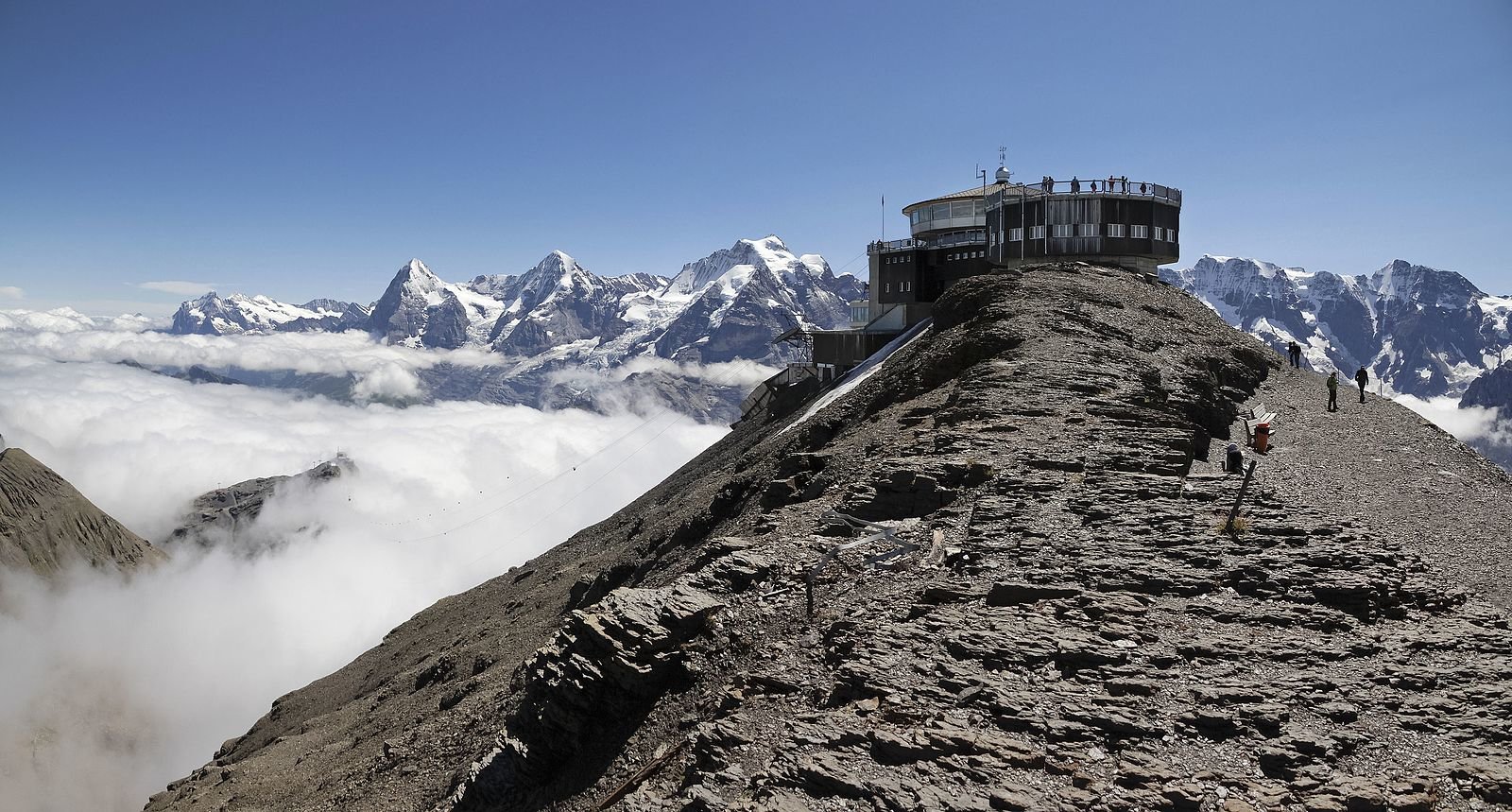 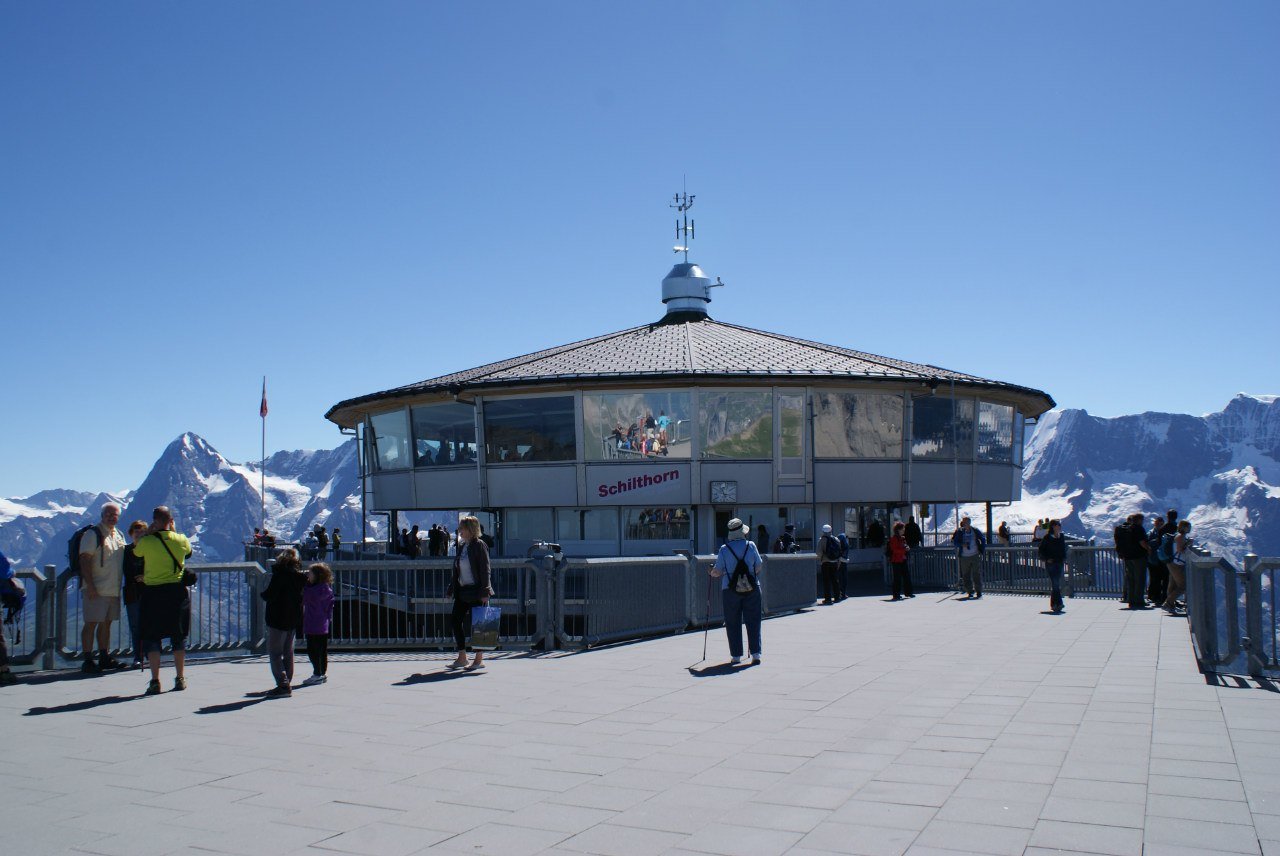 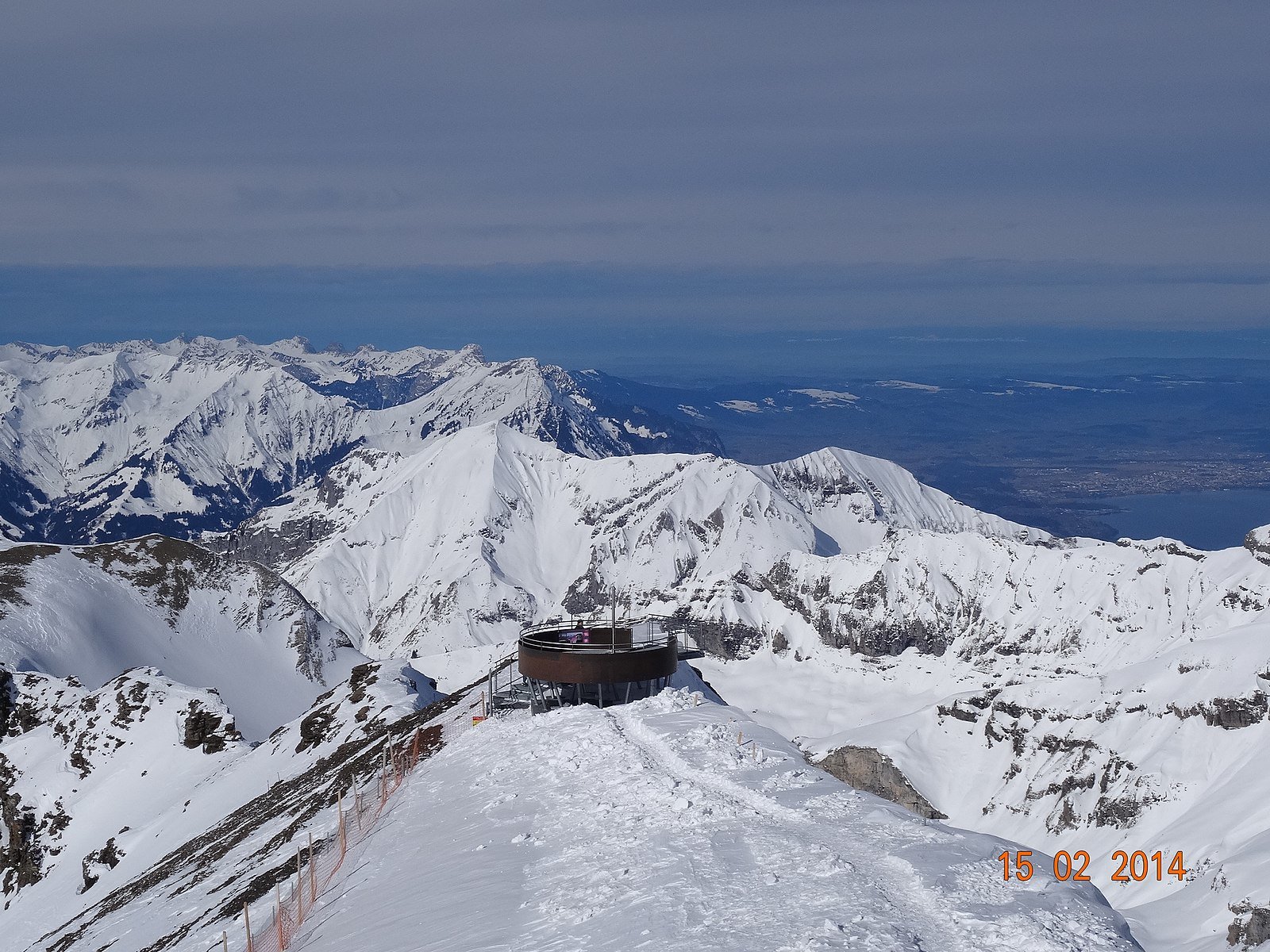 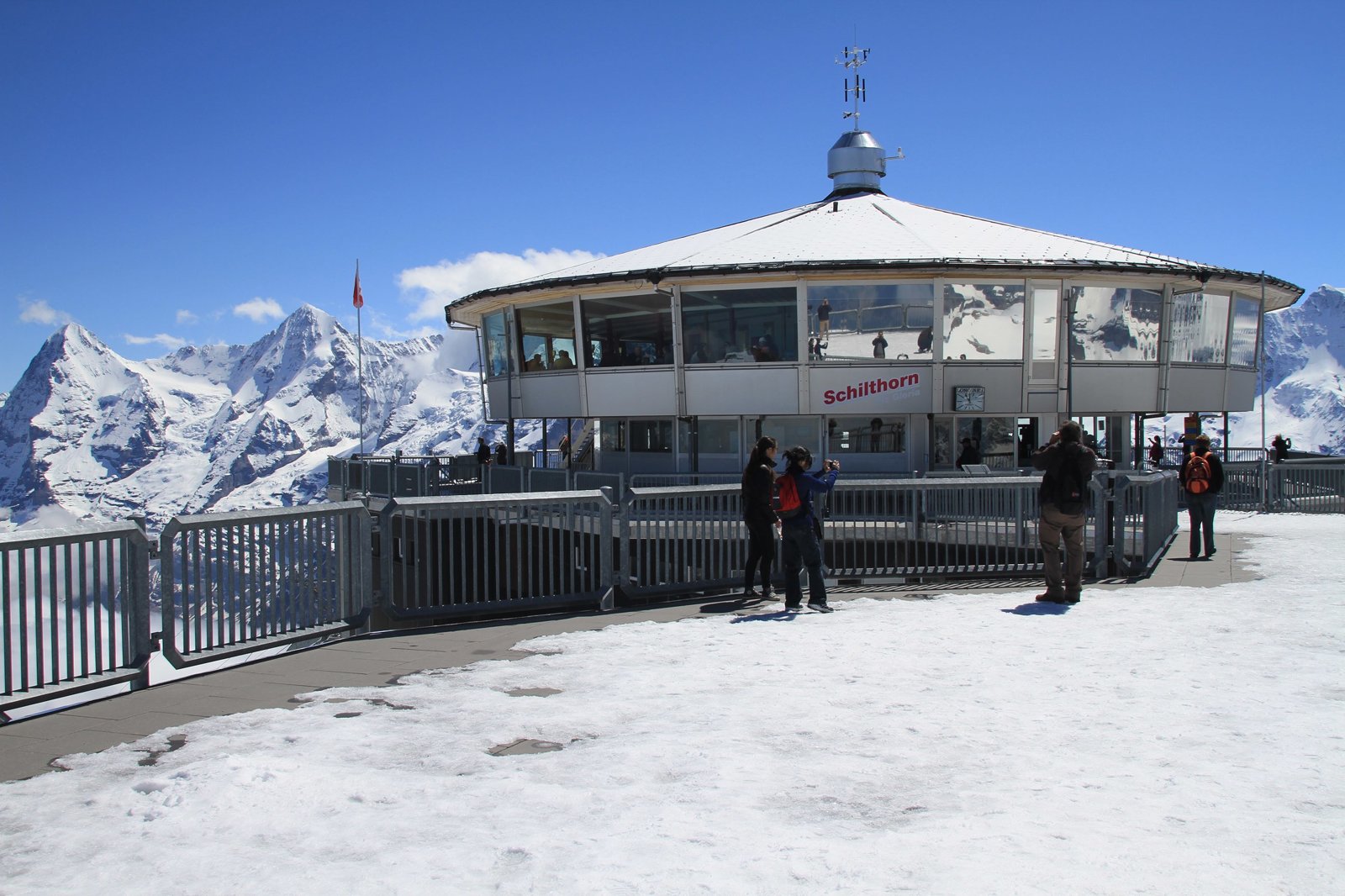 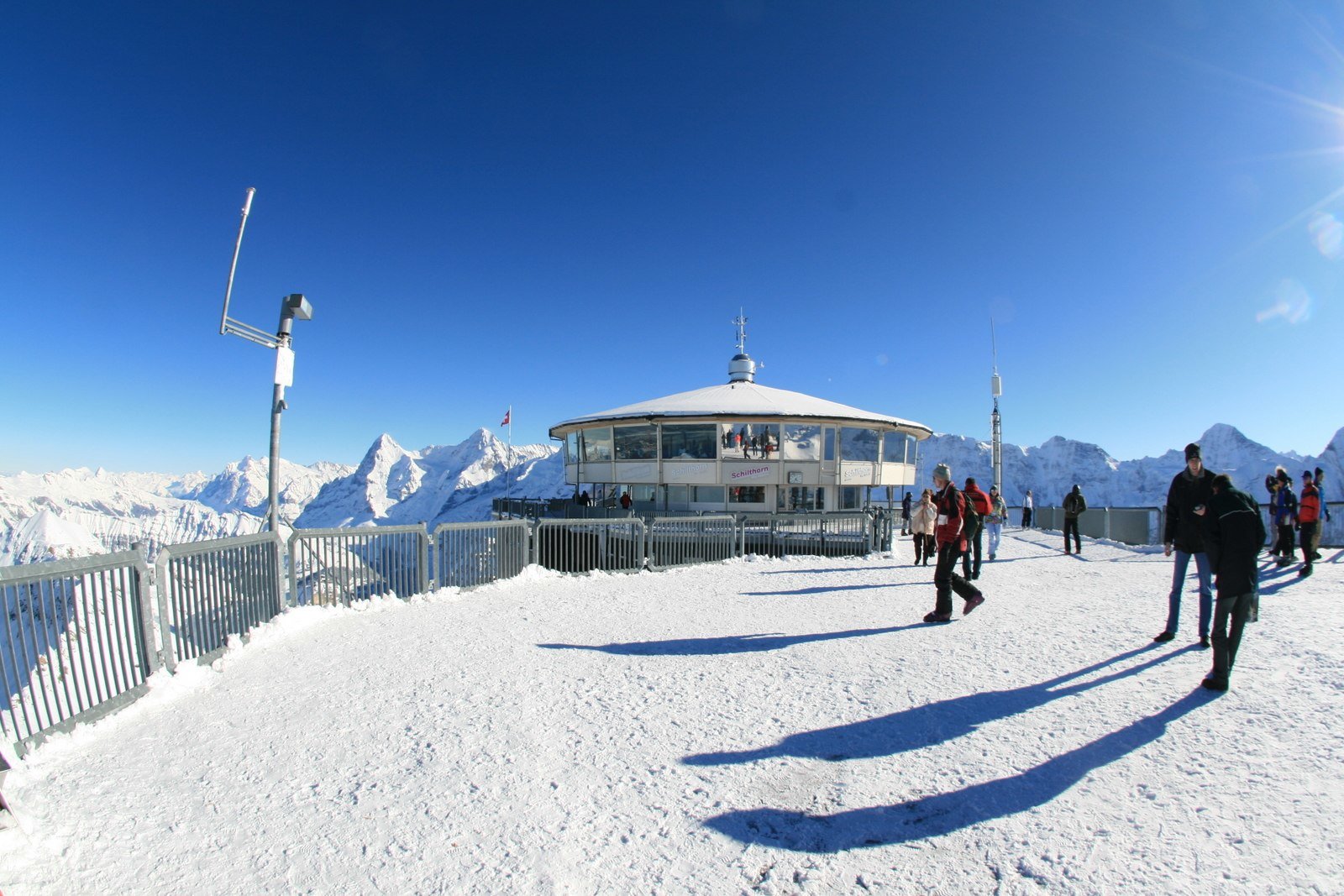 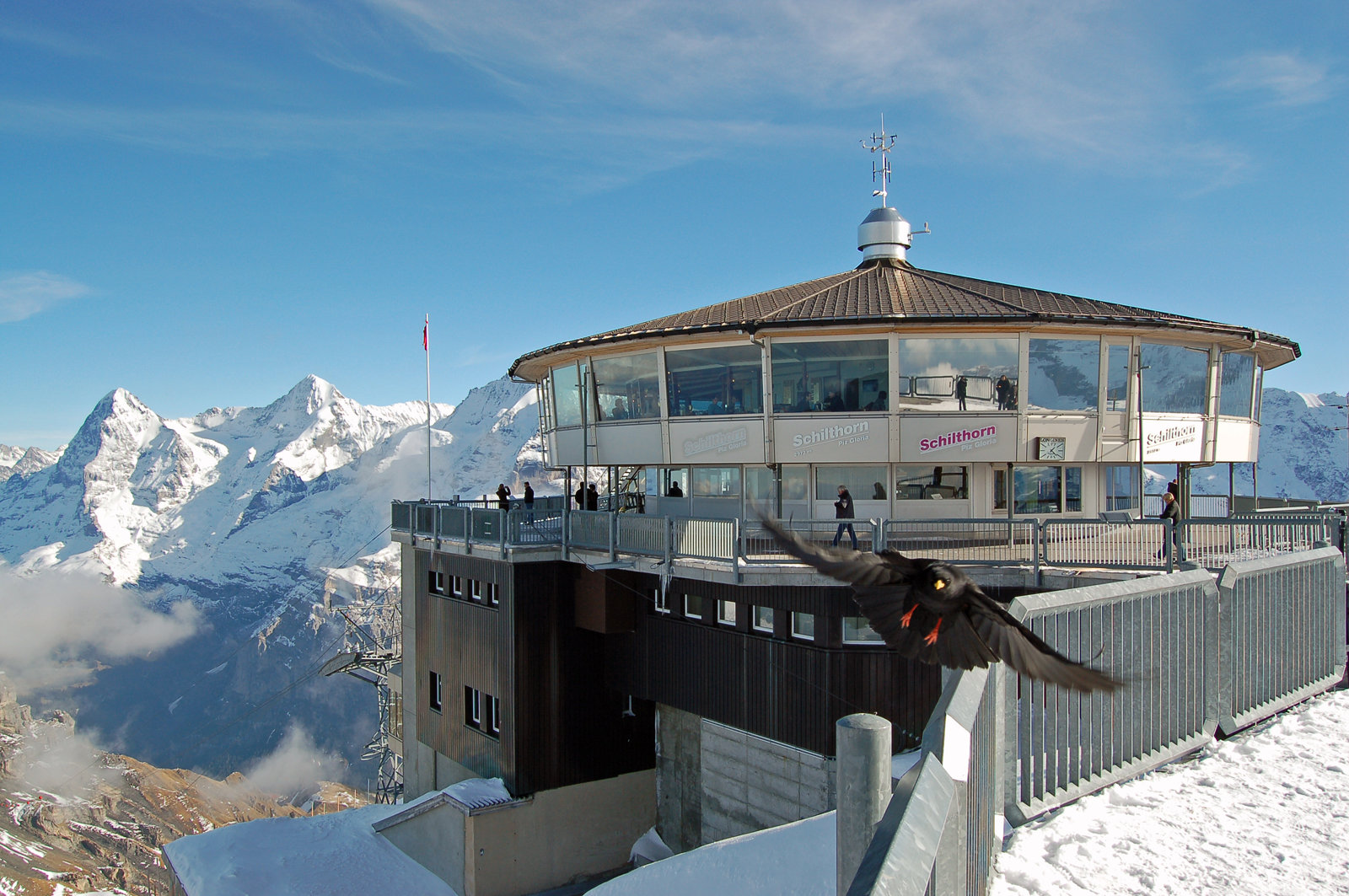 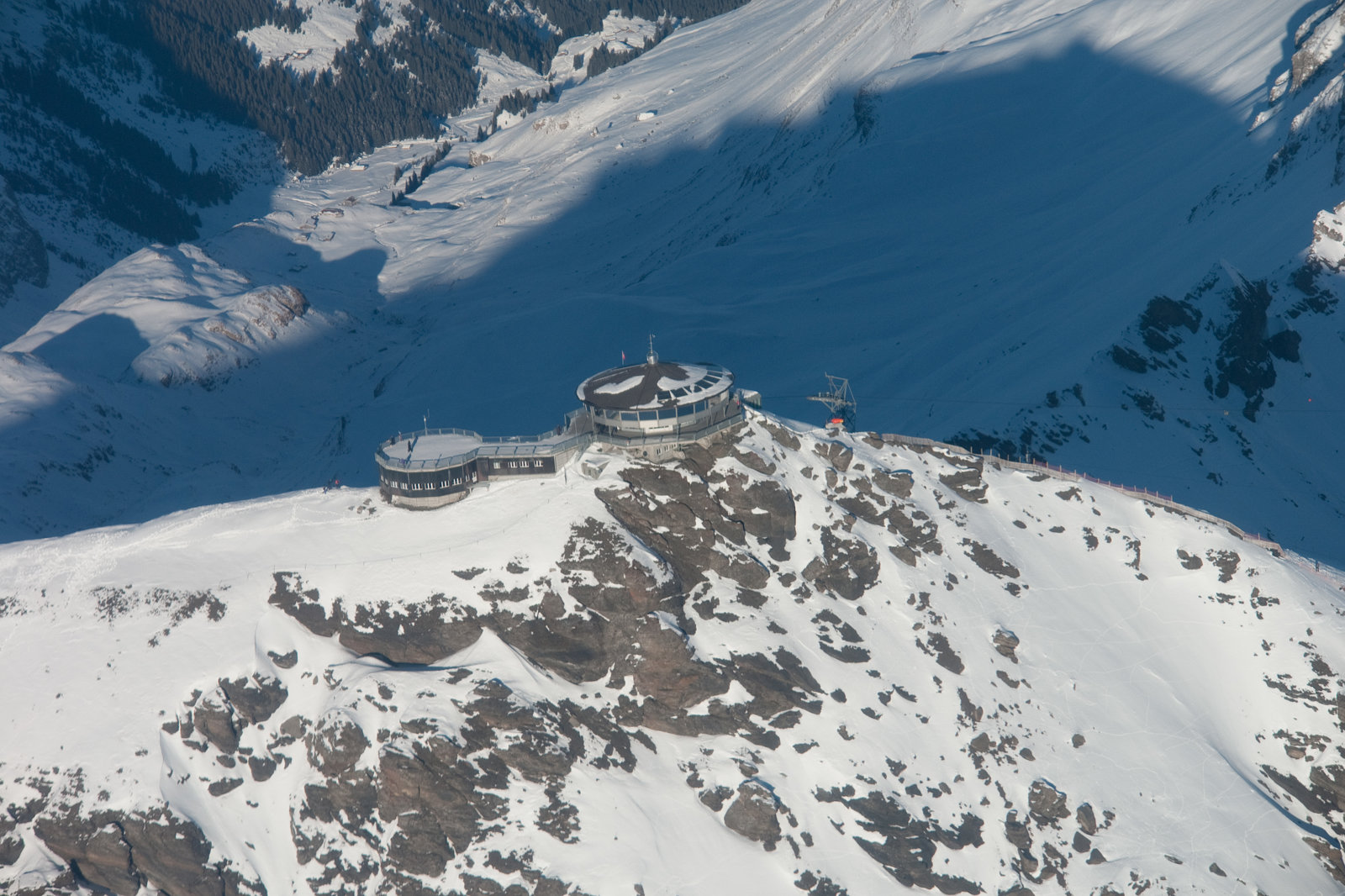 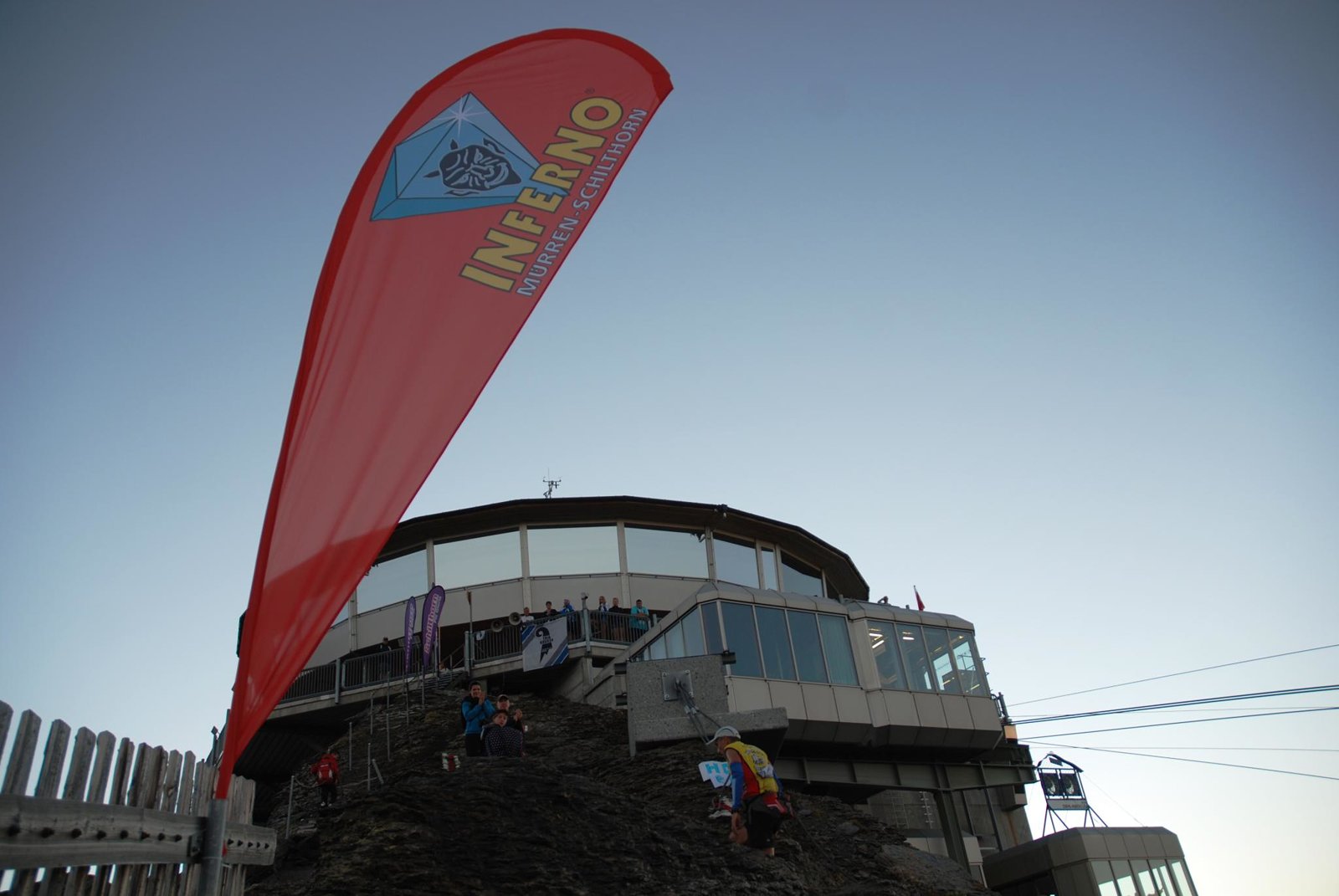 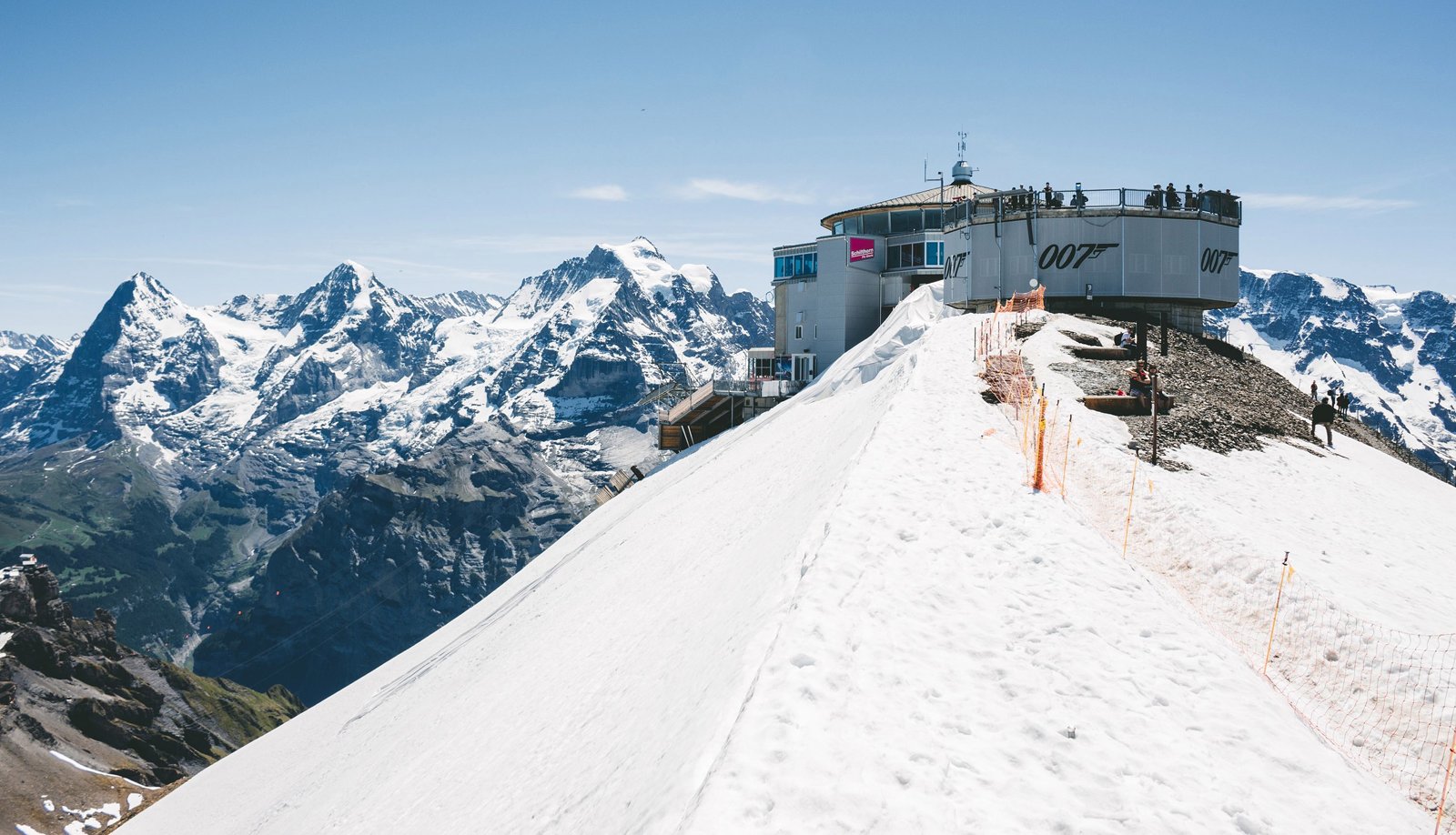 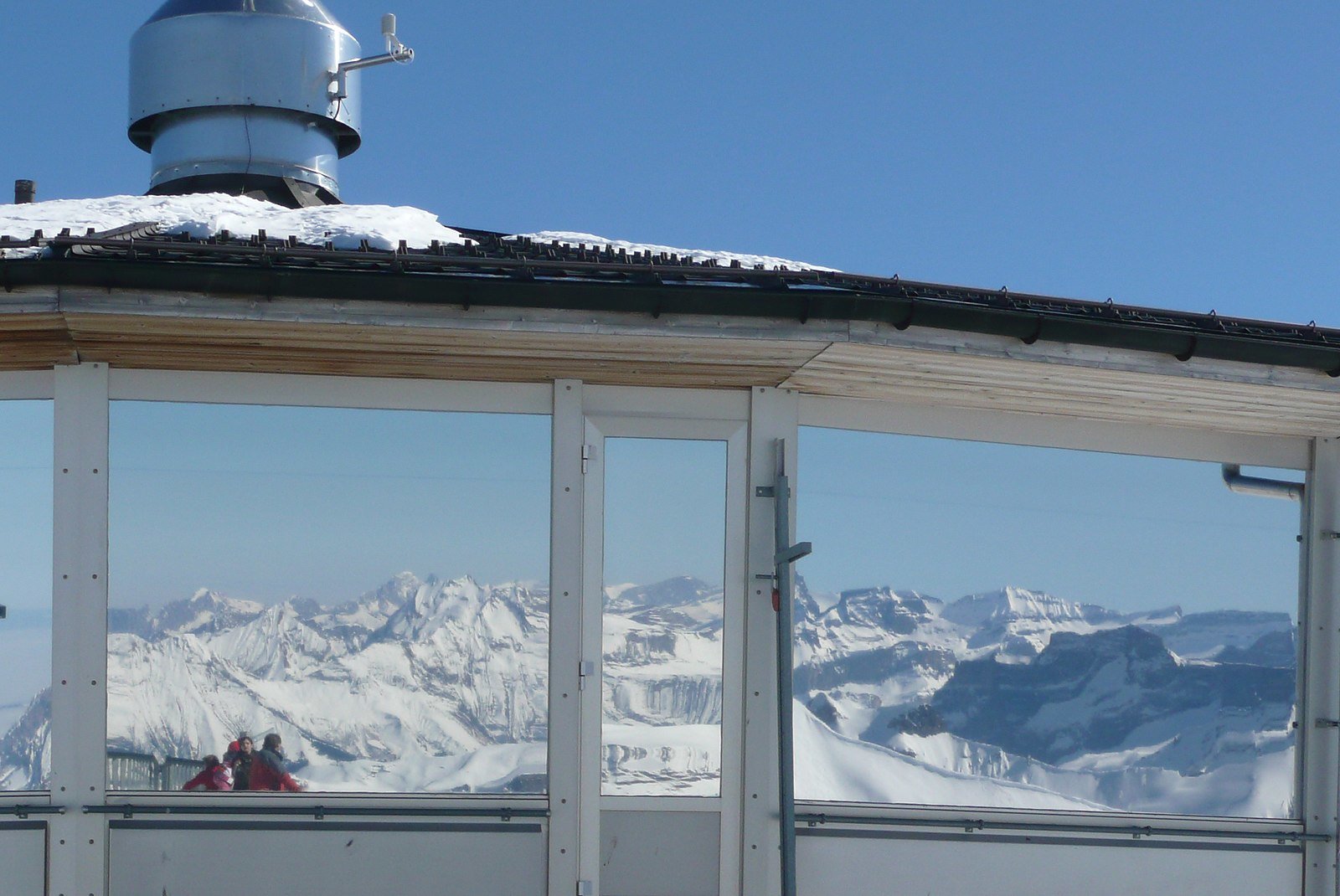 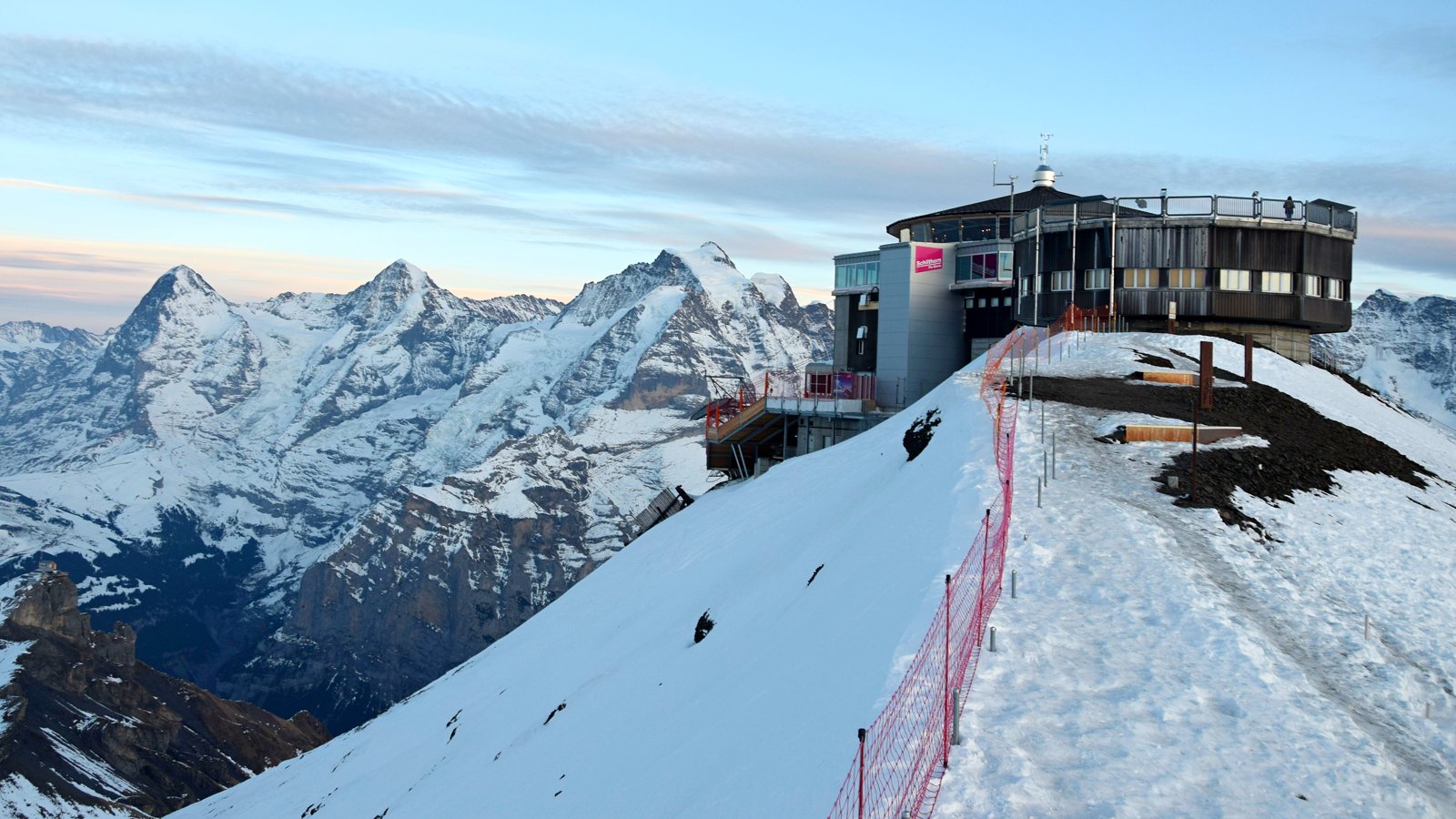