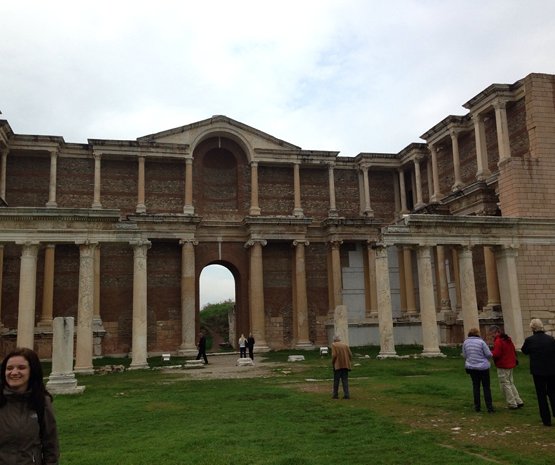 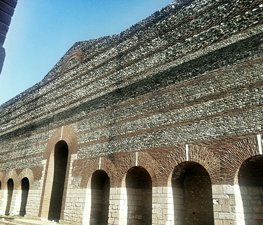 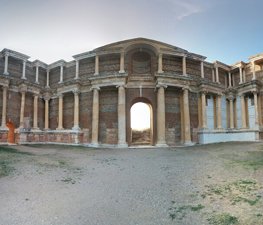 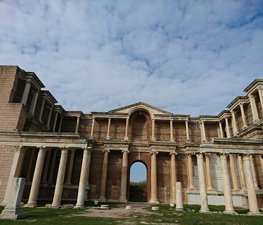 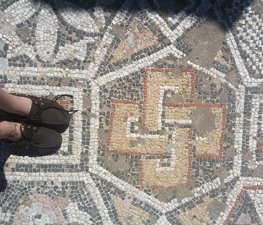 Sardis Synagogue is a synagogue located in the province of Manisa Turkey. This former capital city of the antique Kingdom of Lydia (7 east from Izmir (formerly Smyrna) in Western Anatolia (Asia Minor), now 10 kilometers west of the modern town of Salihli .

During its long history, Sardis changed many were minted for the first time and as the city of the legendary rich king Croesus (560 c.546 BCE). century BCE), is remembered today as the place where silver and gold coins be preserved, and they be permitted to do accordingly." to me, that these might be lawful for them, I gave order that their privileges their suits and controversies with one another. Upon their petition therefore from the beginning, as also a place of their own, wherein they determined assembly of their own, according to the laws of their forefathers, and this our fellow citizens of Rome came to me, and demonstrated that they had an senate, and people of the Sardians, sends greetings. Those Jews that are ,the son of Marcus, vice-quaestor, and vice-praetor, to the magistrates ,Lucius Antonius from the previous century (50-49 BCE): "Lucius Antonius Flavius in the 1st century CE, who refers to a decree of the Roman proquestor Antiochus III (223-187 BCE).

The Jews of Sardis are mentioned by Josephus other countries were encouraged to settle in the city by the Seleucid King believed to belong to the 3rd century BCE, when Jews from Babylonia and The beginnings of the Jewish settlement in Sardis are1 .(to the Temple of Jerusalem. (Ant., XVI:6,6 religious rights of the Jews of Sardis, including the right to send money the reign of Augustus at the end of the 1st century BCE, who confirms the also mentions the decree of Caius Norbanus Flaccus, a Roman proconsul during synagogue serving the local Jewish community of Sardis. Josephus Flavius 17). It is generally understood that "a place of their own" refers to the ,Ant., XIV:10)the entire region of Asia Minor and the Aegean Sea as the most outstanding Jewish monument from Antiquity unearthed in of the site.

Since 1958, both Harvard and Cornell Universities have sponsored annual archeological expeditions to Sardis. These excavations unearthed perhaps the most impressive synagogue in the western diaspora yet discovered from antiquity, yielding over eighty Greek and seven Hebrew inscriptions as well as numerous mosaic floors. (For evidence in the east, see Dura Europos in Syria.) The discovery of the Sardis synagogue has reversed previous assumptions about Judaism in the later Roman empire. Along with the discovery of the godfearers/theosebeis inscription from Aphrodisias, it provides indisputable evidence for the continued vitality of Jewish communities in Asia Minor, their integration into general Roman imperial civic life, and their size and importance at a time when many scholars previously assumed that Christianity had eclipsed Judaism.

A Jewish 'romaniote' community existed there from the Byzantine period, praying in the Etz Ha-Hayim Synagogue. After 1492, Jews expelled from Spain settled there, joining a hundred or so romaniote families. These newcomers founded two synagogues: Lorca and Toledo. At the end of the 19th century, Alliance Israelite Universelle inaugurated two schools, one for boys in 1891 and one for girls in 1896. At the beginning of the 20th century, the Jewish community numbered about 2000 souls out of a total population of some 40,000. The Greeks had conquered Manisa in 1919 and when they retreated in 1922, a large conflagration destroyed much of the town including many Jewish institutions. Most of the Jews left their community and emigrated to France, South America, U.S. and Israel. Today, there are no Jews in Manisa. There were three Jewish cemeteries in Manisa.

The most ancient was damaged after the 1878 Turko-Russian war. In 1900 a wall was built around the second cemetery that was until then an open field. The third was acquired in the 1930s. The two ancient cemeteries have since been destroyed. At the time of writing his book, Abraham Galante could still read some of the oldest 16th c. tombstones. The tombstone data of the new cemetery has been collected and computerized by Prof. Minna Rozen (Diaspora Sudies Institute of Tel Aviv University) although this very important information has not yet been published.. 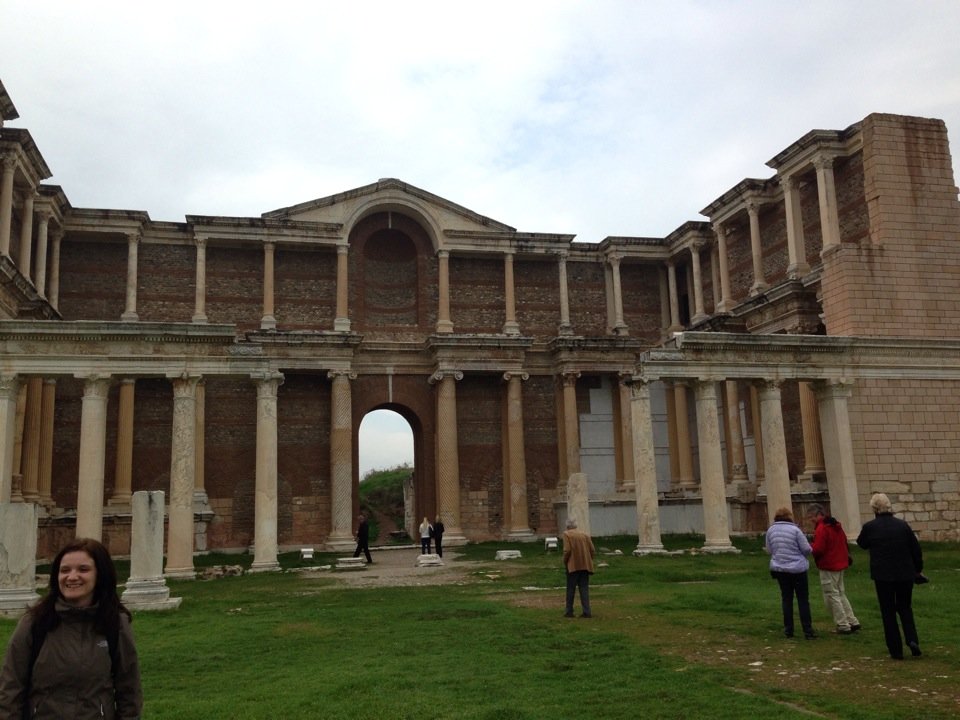 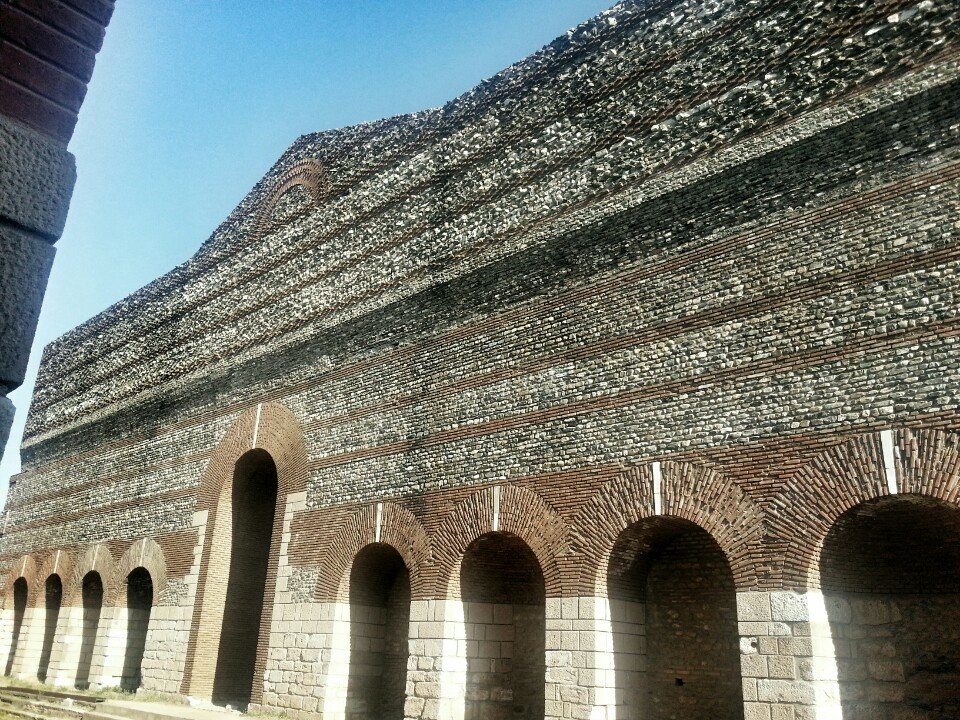 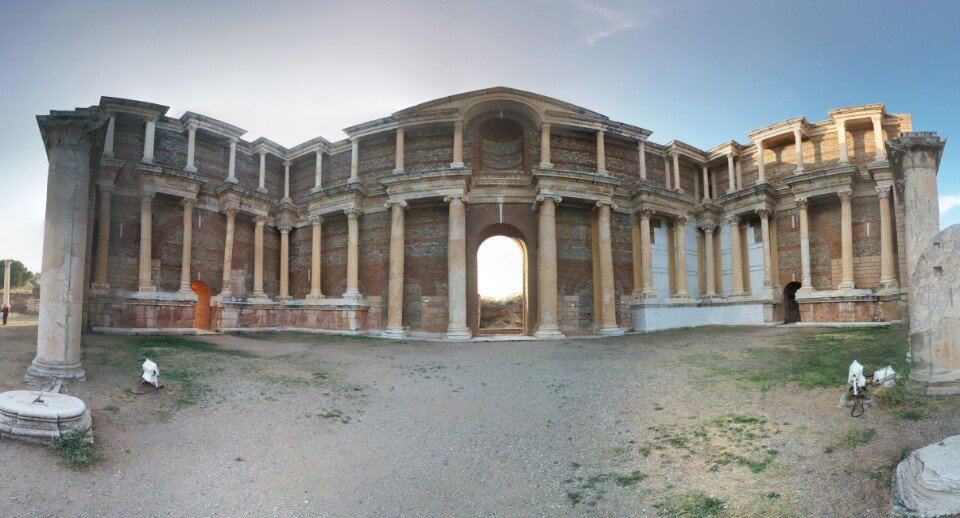 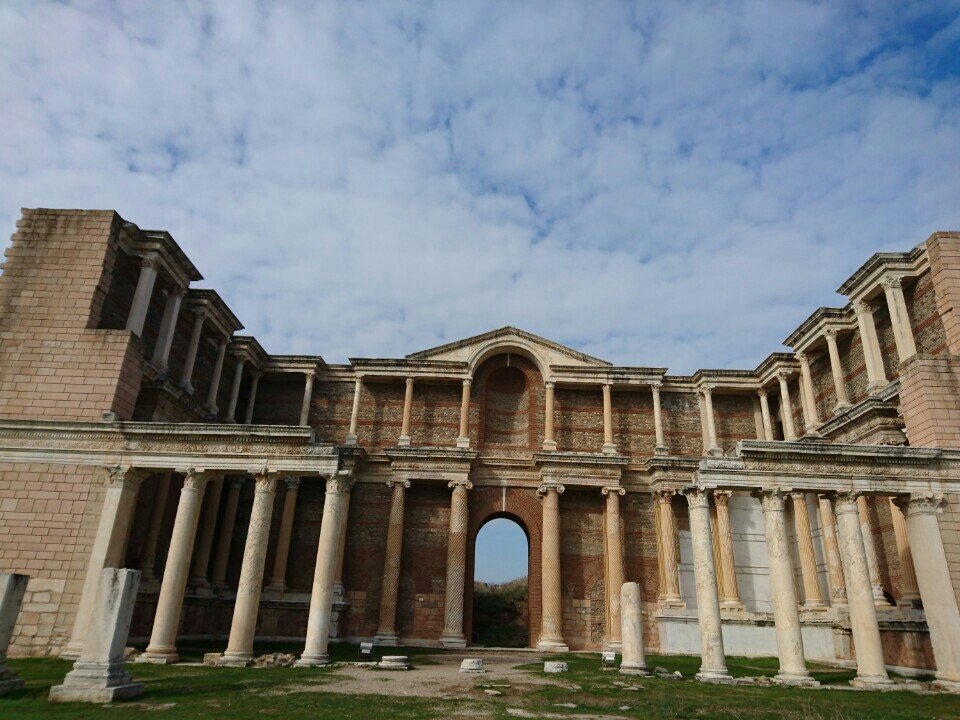 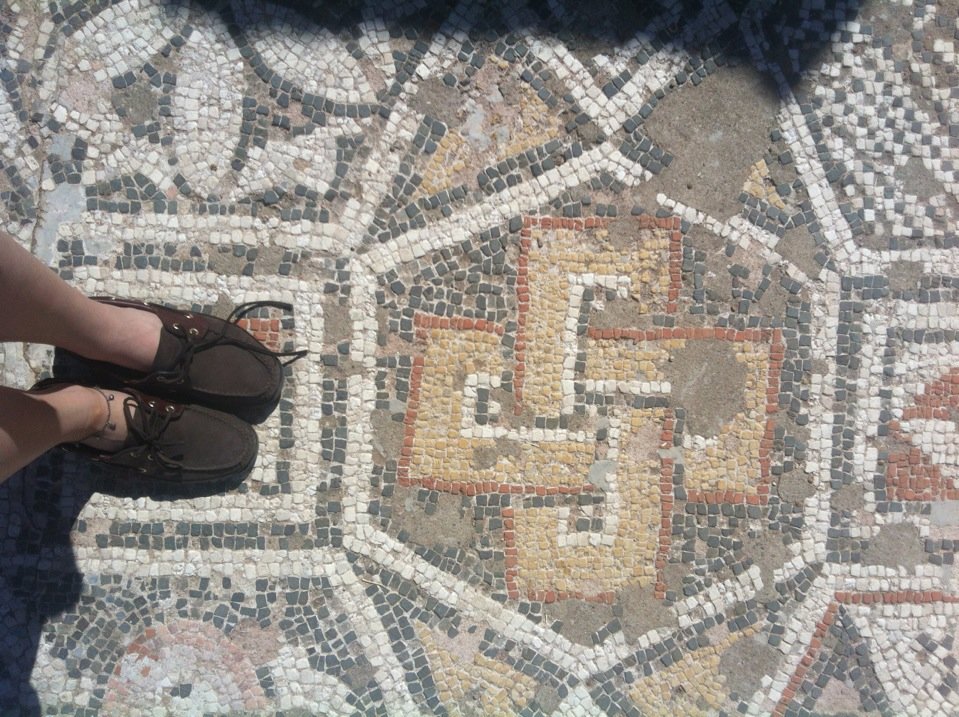 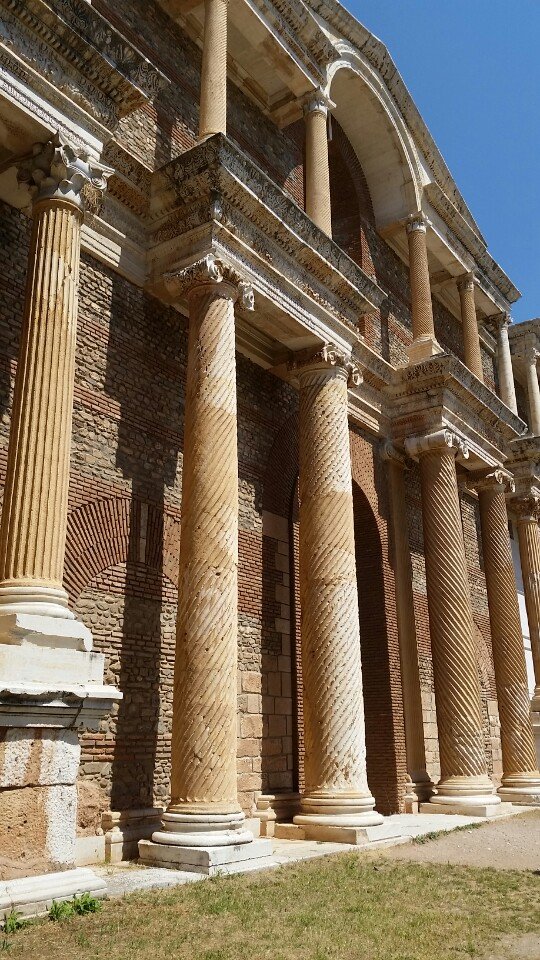 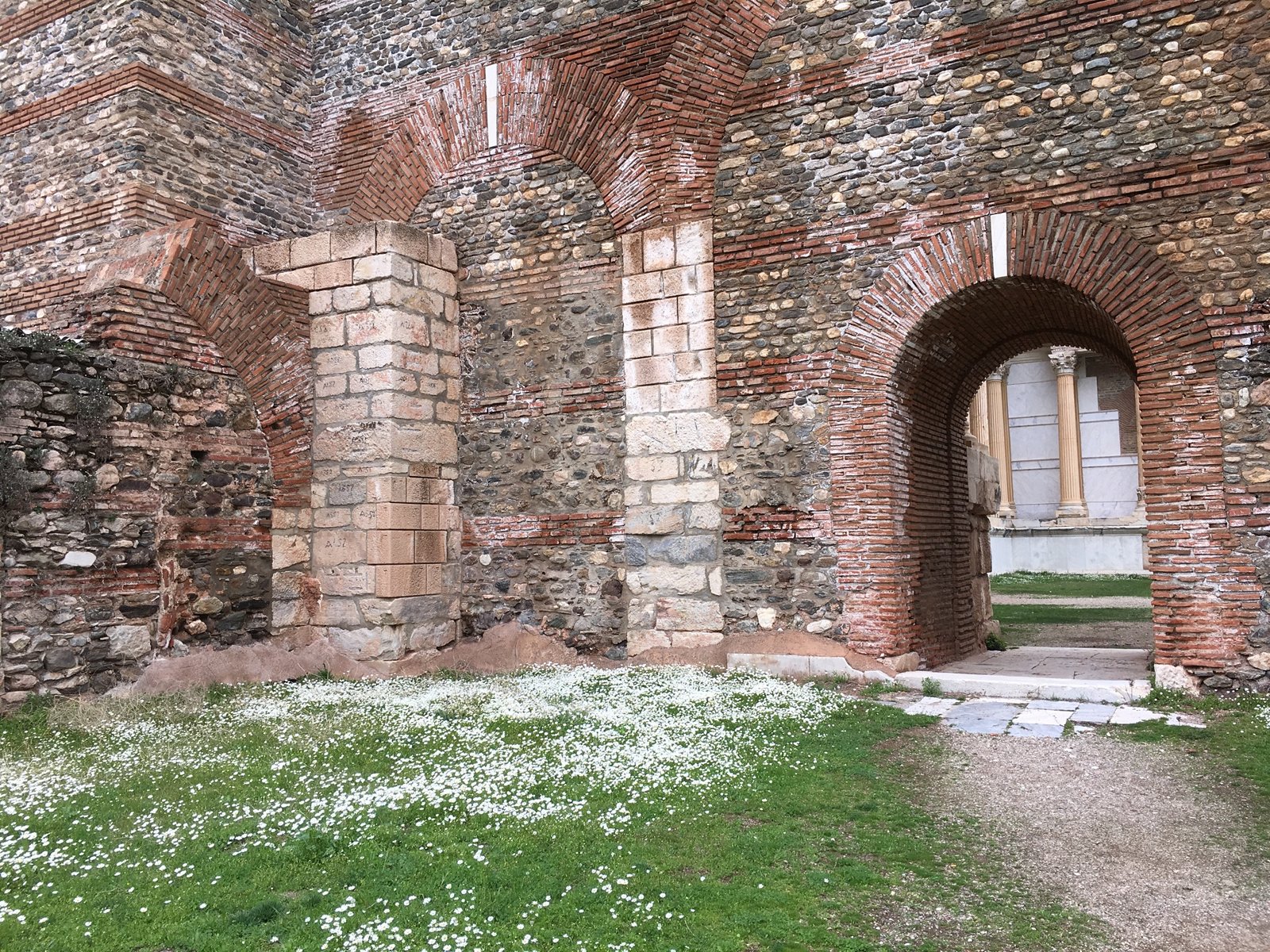 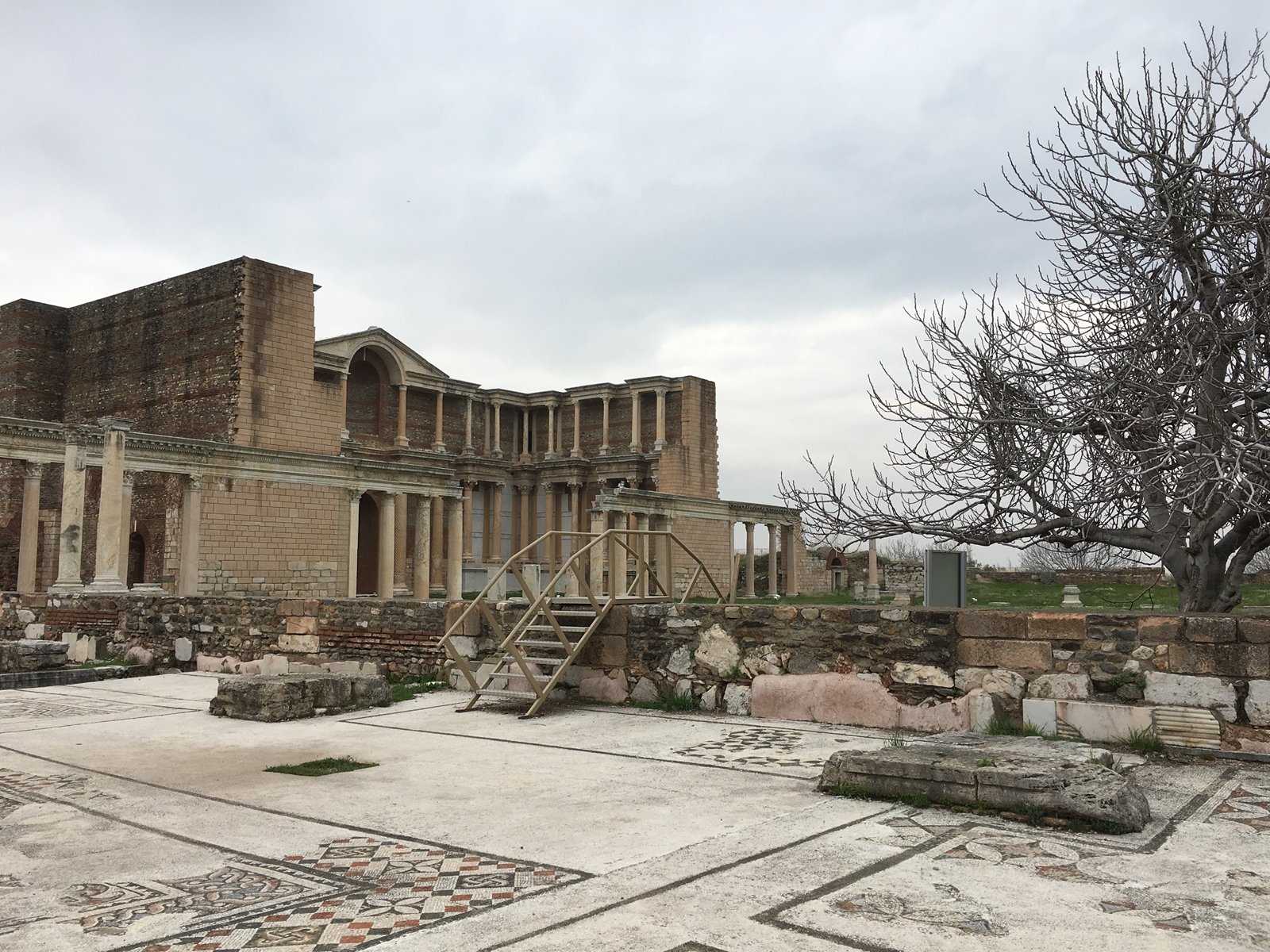 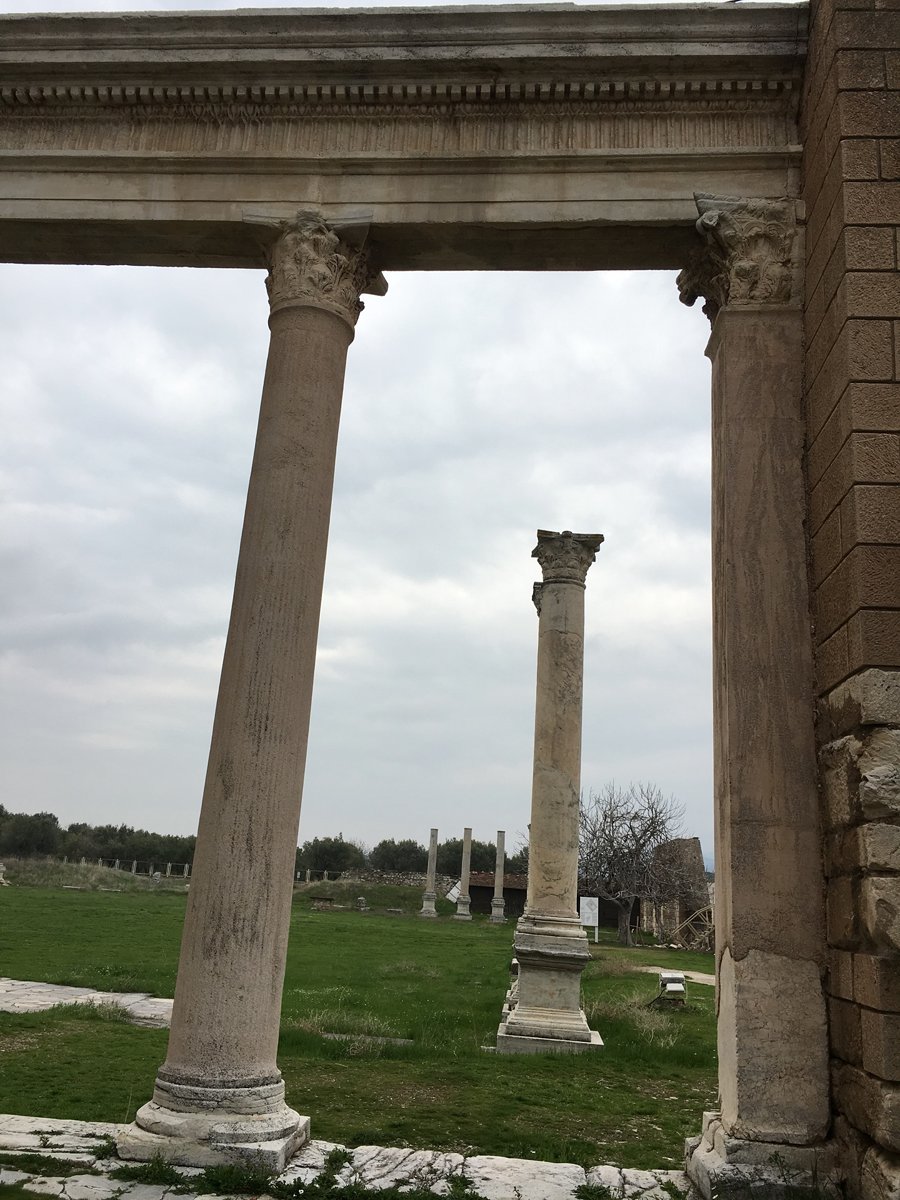 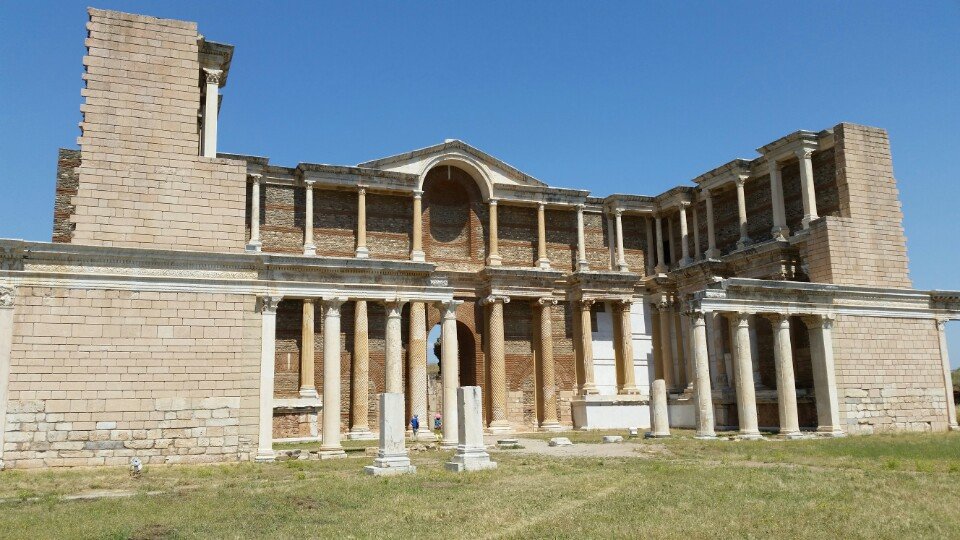 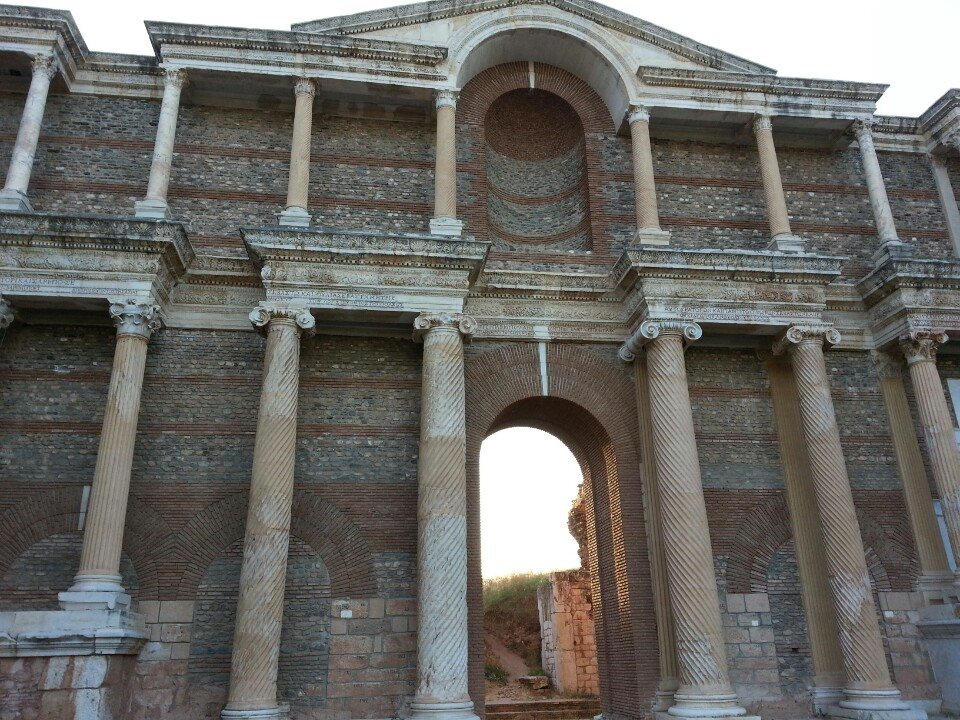 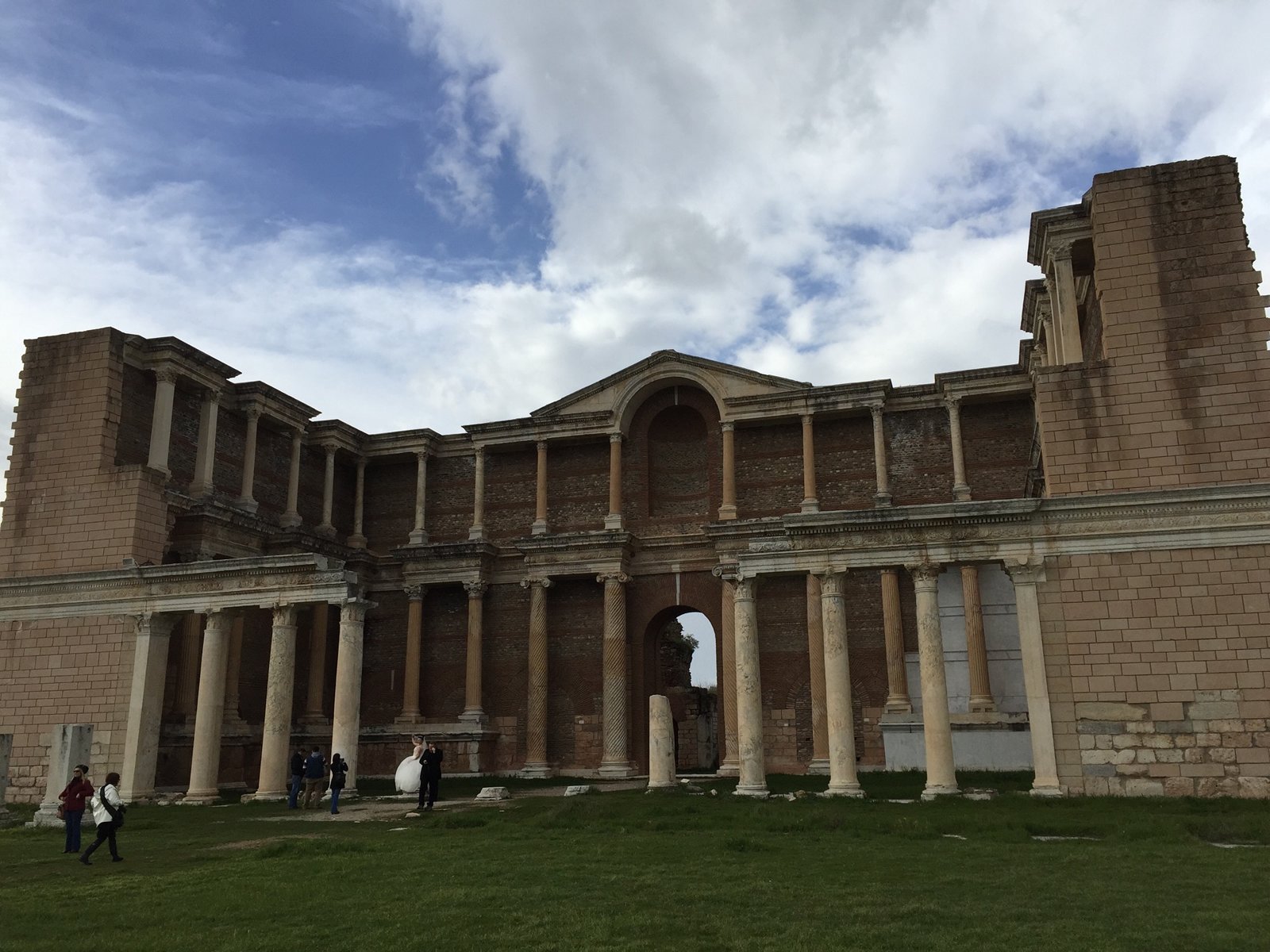 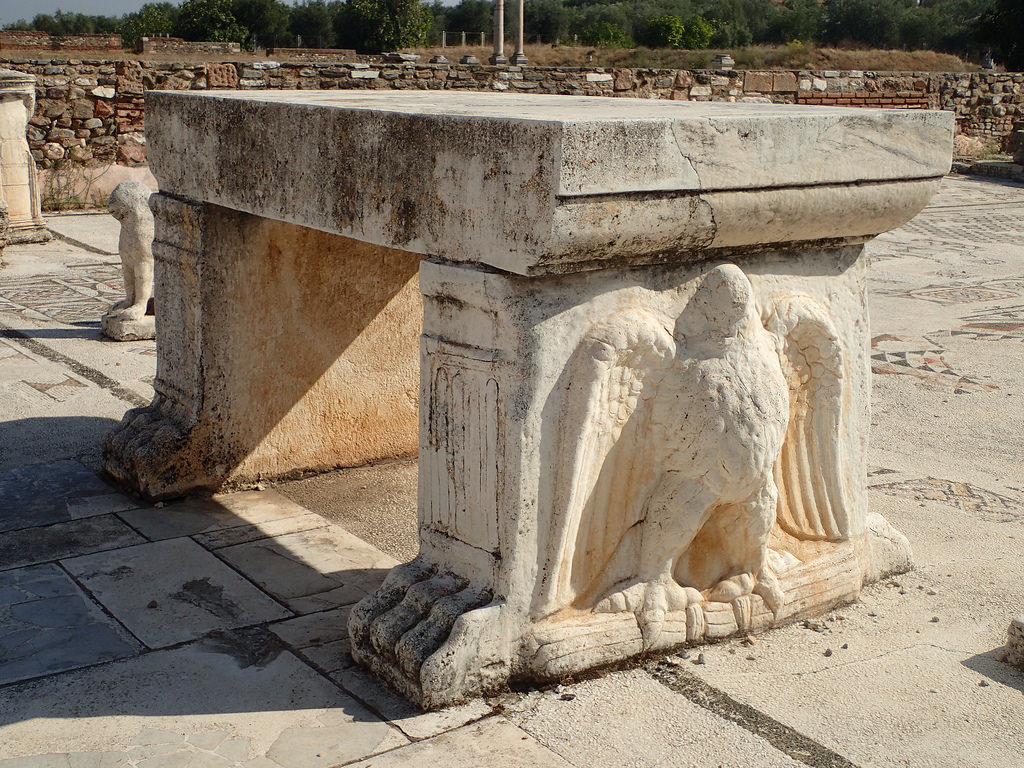 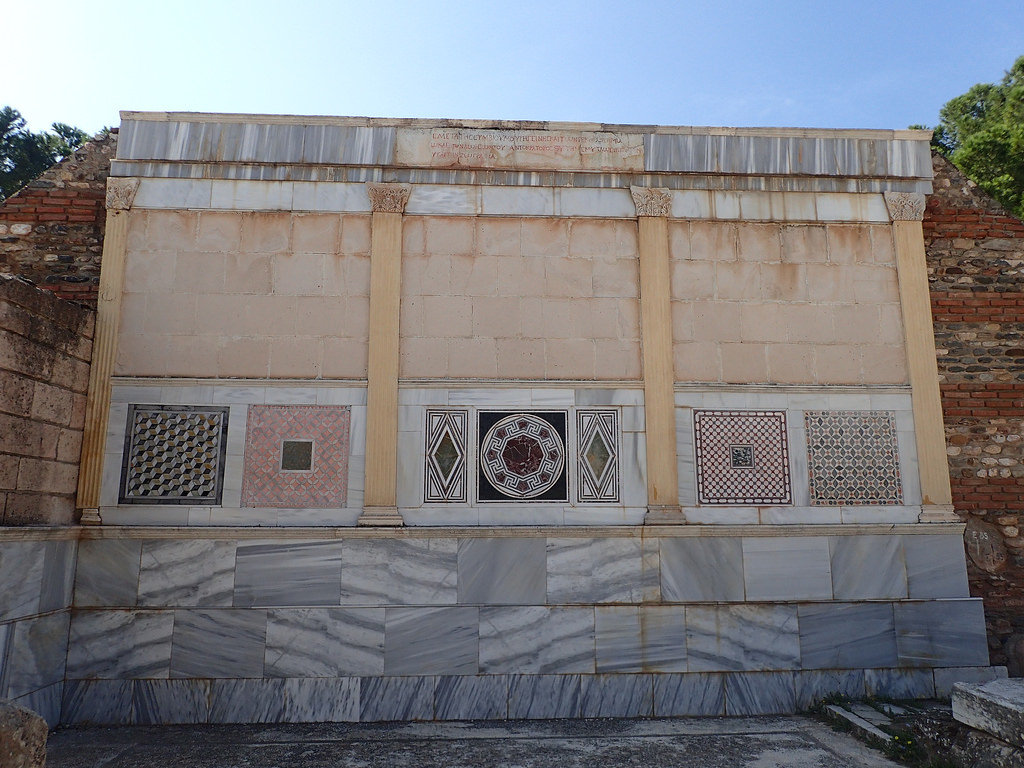 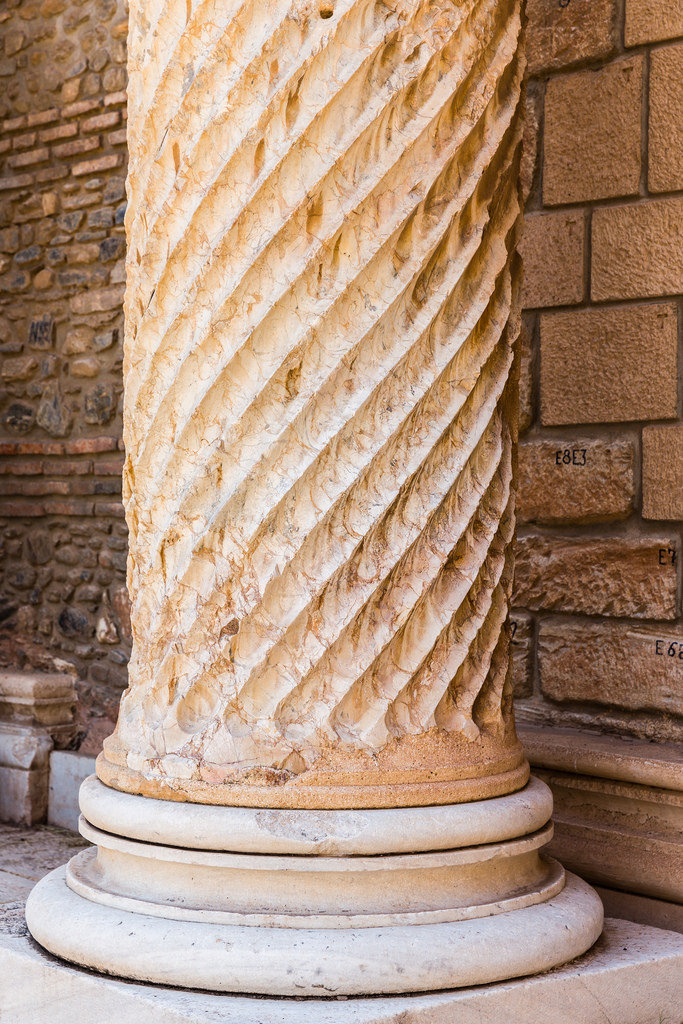 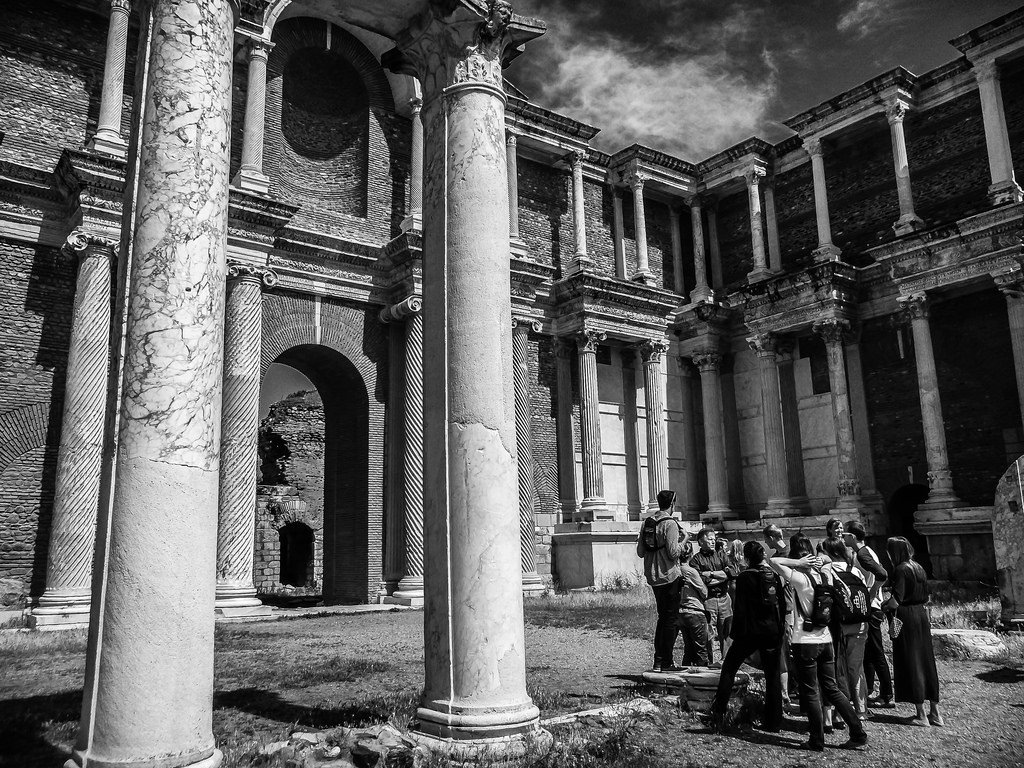 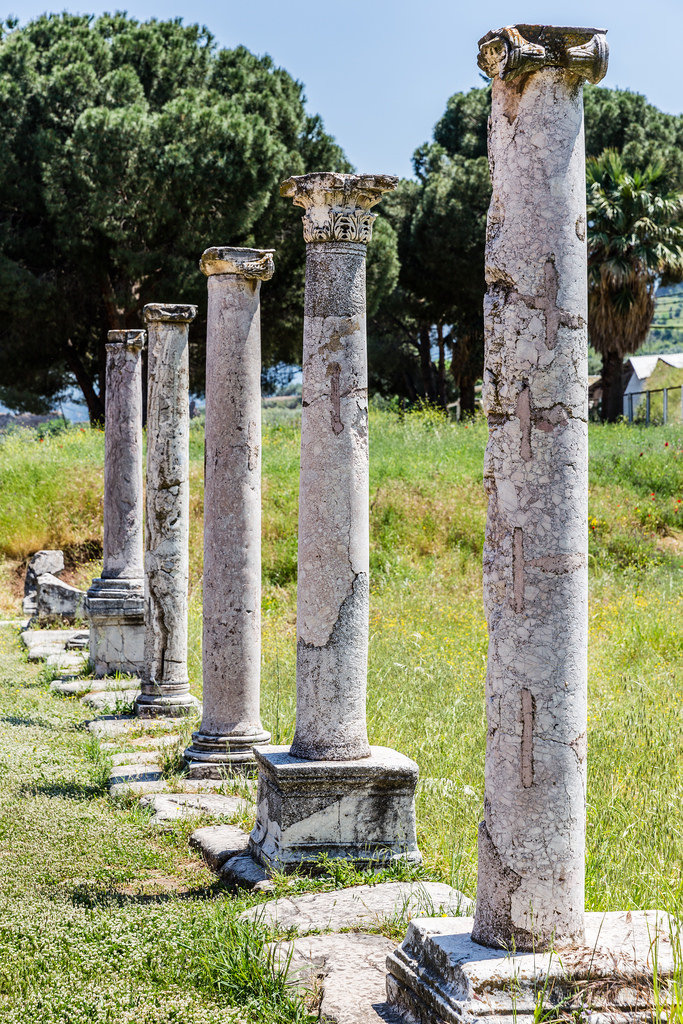 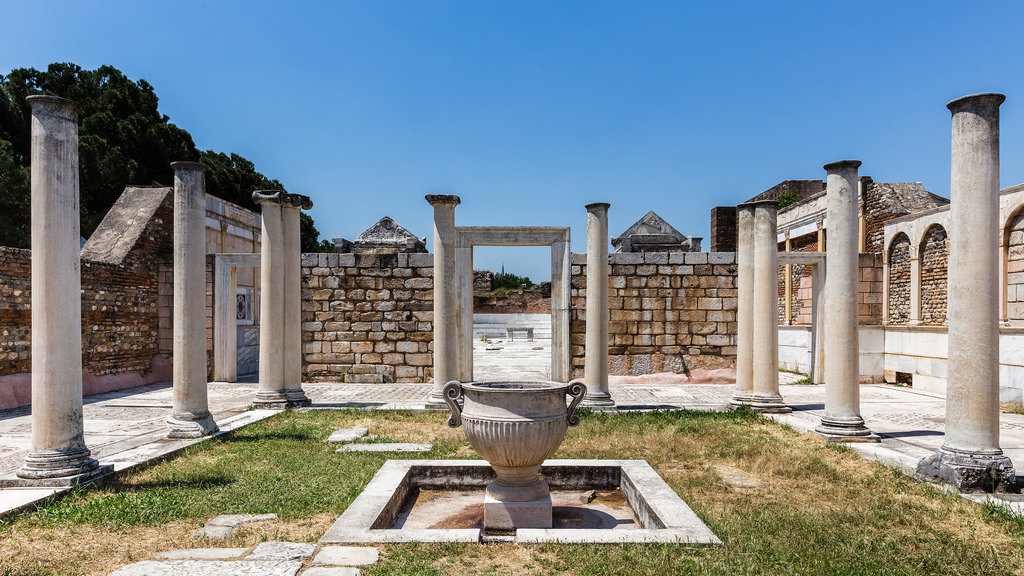 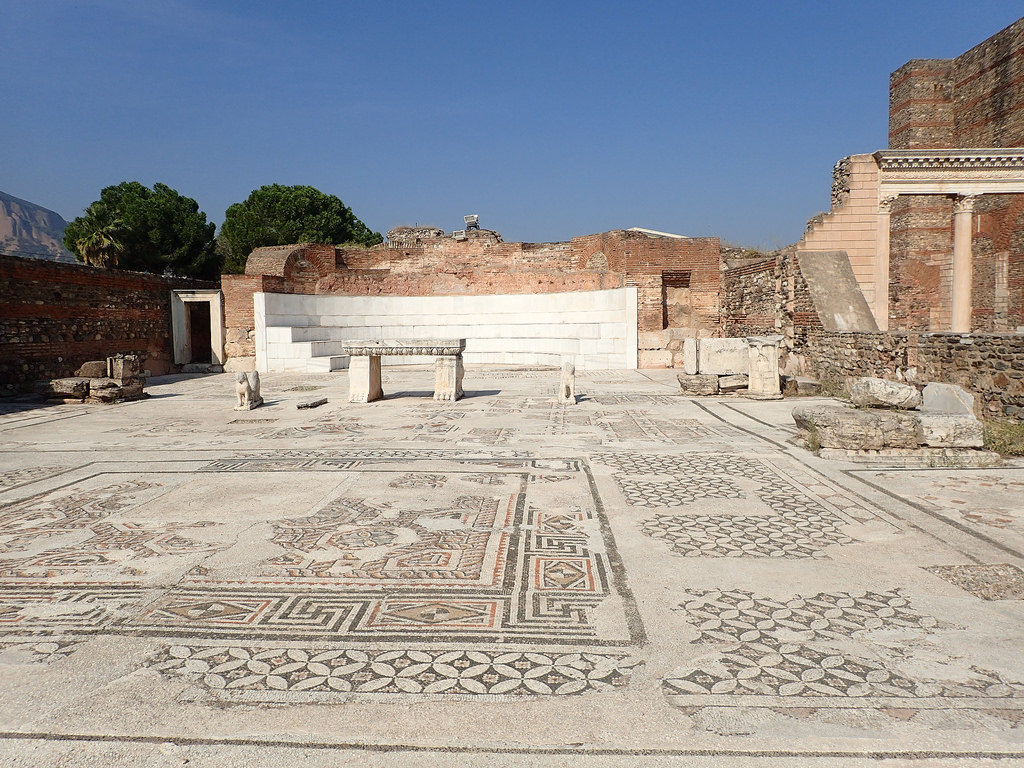 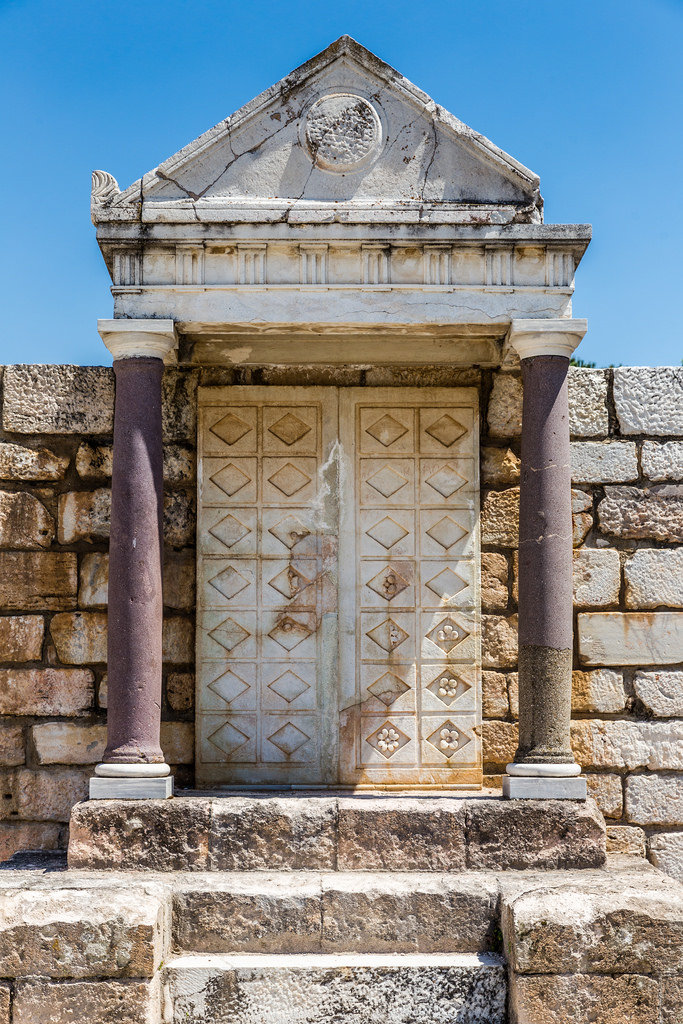 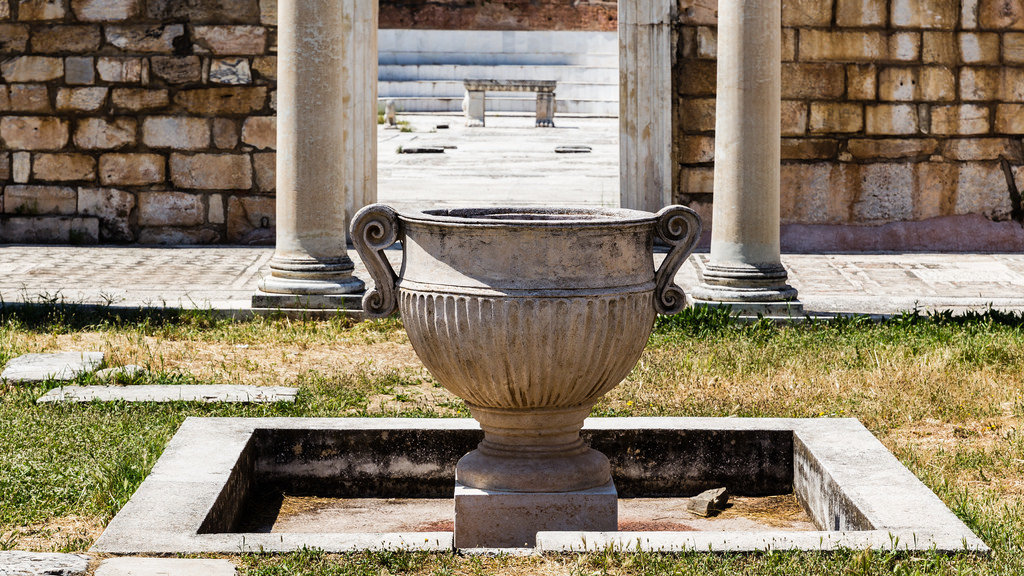