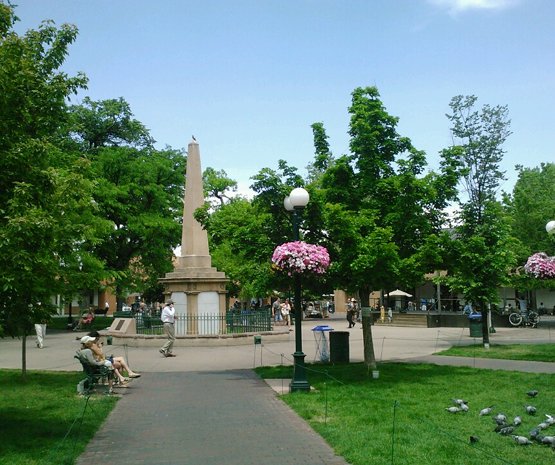 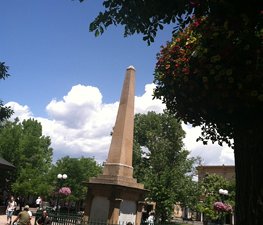 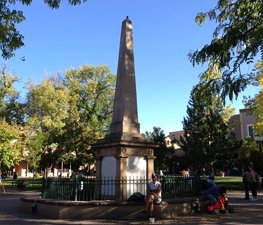 The Santa Fe Plaza is a National Historic Landmark in downtown Santa Fe, New Mexico in the style of traditional Spanish-American colonial cities. The plaza, or "city-square", was originally, and is still to this day, the center gathering place in town. Many know it as "the heart of Santa Fe". The landmark has since grown into a playground for many tourists interested in Spanish, Native American, and Mexican cultures, and includes music, design, jewelry, art and dance. Known to locals simply as the "Plaza," it is home to annual events including Fiestas de Santa Fe, the Spanish Market, the Santa Fe Bandstand, and the Santa Fe Indian Market.

Listed on the National Register of Historic Places, the Plaza consists of a central park lined with grass, trees, and benches, which add to the cultural scenery, especially at Christmas time when the Plaza streets and buildings glow with farolitos and the occasional luminaria, and trees glow with lights. Included in the park is an American Indian War Memorial monument as well as a performing arts stage.

Encompassed in the general Plaza area are historic monuments, restaurants, businesses and art galleries, including the Palace of the Governors (the oldest public building in the U.S.), the New Mexico Museum of Art, Cathedral Basilica of Saint Francis of Assisi, and the Loretto Chapel. In true pueblo fashion, the Plaza architecture is traditional adobe. Just Шаблон:Convert from the Santa Fe ski basin, the Plaza dates back to the early 18th century when Santa Fe was settled by conquistadors. Until the mid-19th century, the Plaza lacked landscaping, and ownership of the area transitioned between the Spaniards and the Mexicans throughout the earlier years.

Marion Meyer
This diner has fabulous street tacos & is the oldest restaurant in Santa Fe. John has done his rendition of the tacos & they are fabulous also!

John Rippel
The Water Street lot is an easier place to park than most. Know that it is a one way street, heading east from Sandoval. The lot is between Don Gaspar and Old Santa Fe Trail / Shelby.

Richard Revilla
One of the most relaxing plaza's in America. Come here for a stroll after a meal at one of Santa Fe's great restaurants.

Reaux Packard
Come here to people watch and grab food from some of the food trucks in good weather. There are many street vendors with great art, too.

Dee Lary
Love that city!! Lots of musicians, art, history, shops and great food! A definite MUST see at the Miraculous Stairway in the Loretto Chapel.

Luke Wang
Grab a cup of iced coffee and pick a spot in the plaza. Great for people watching.
Load more comments
foursquare.com
7.9/10
191,367 people have been here
I've been here
Add to wishlist

The Georgia O'Keeffe Museum is dedicated to the artistic legacy of 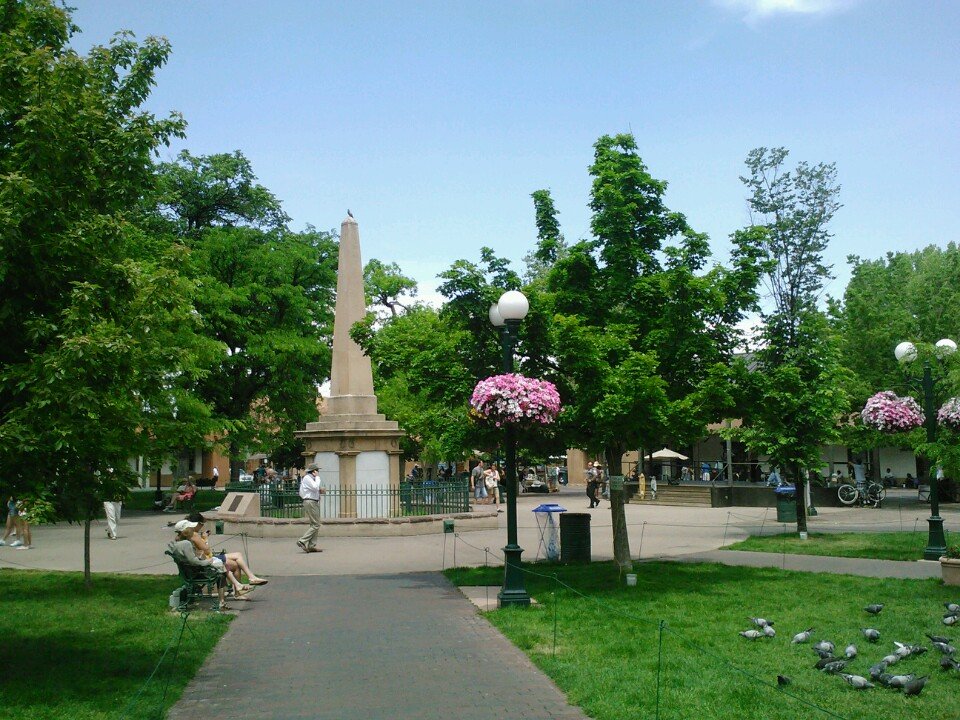 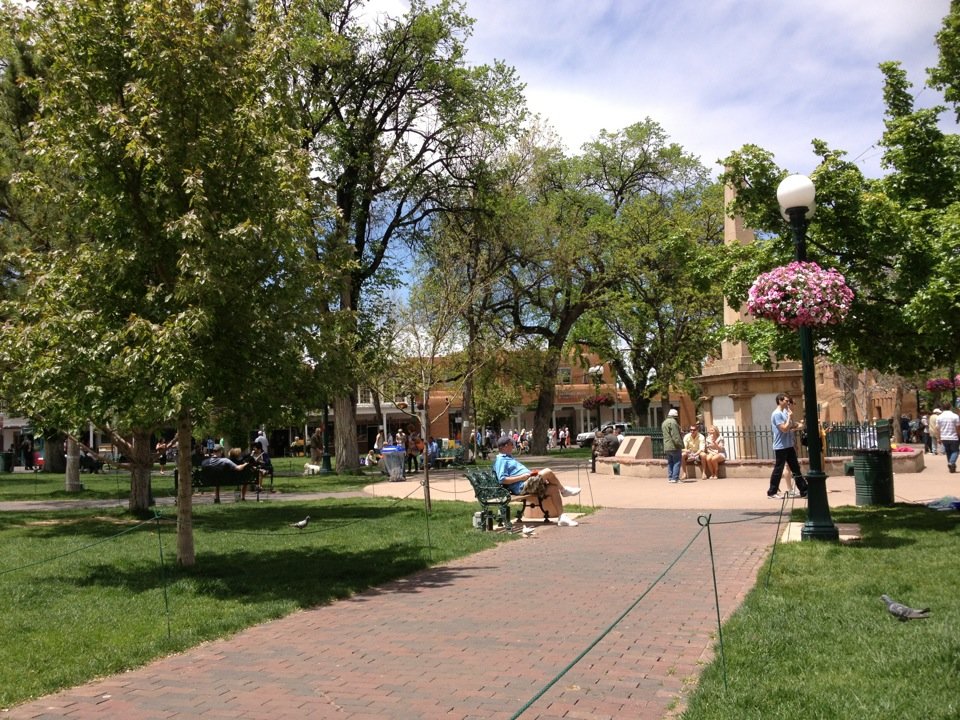 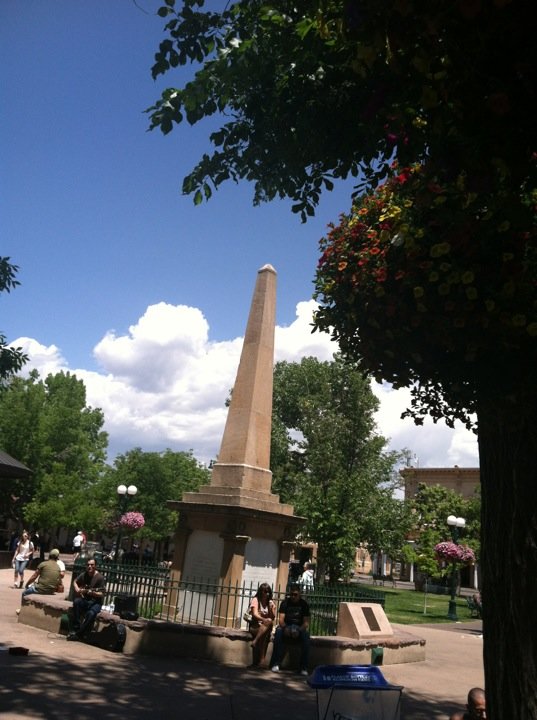 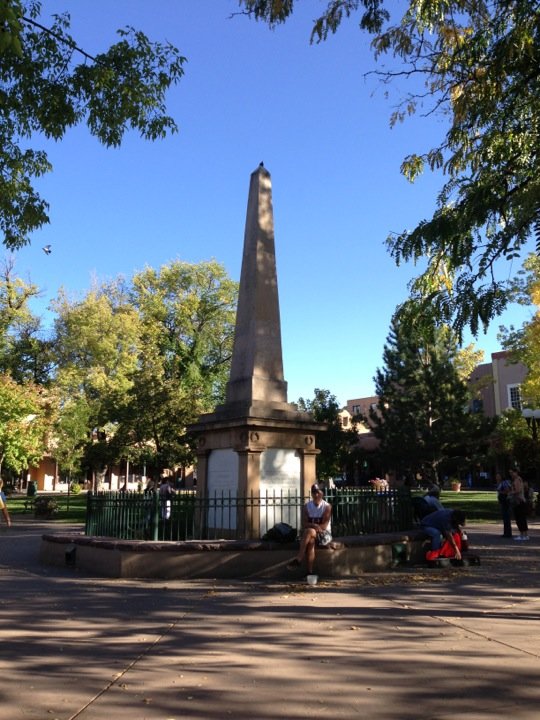