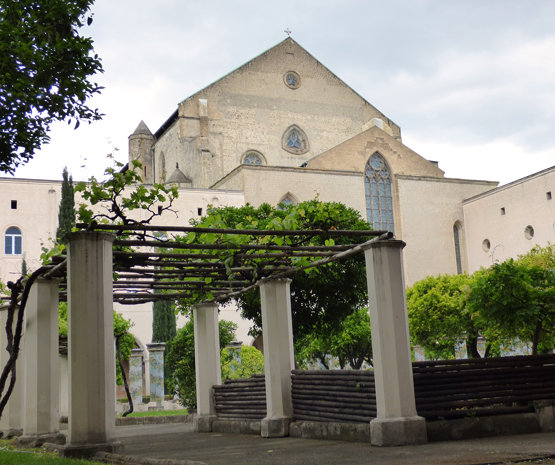 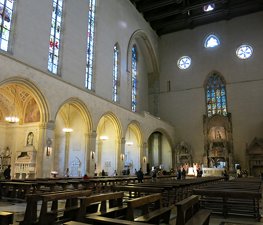 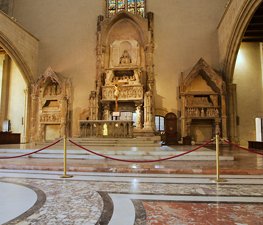 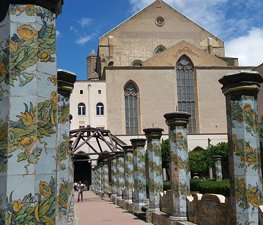 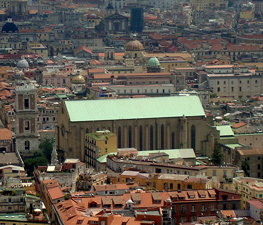 Santa Chiara is a religious complex in Naples, southern Italy, that includes the Church of Santa Chiara, a monastery, tombs and an archeological museum.

The double monastic complex was built in 1313-1340 by Queen Sancha of Majorca and her husband King Robert of Naples, who is also buried in the complex. The original church was in traditional Provençal-Gothic style, but was decorated in the 1744 century in Baroque style by Domenico Antonio Vaccaro. After the edifice was almost entirely destroyed by a fire after the Allied bombings during World War II, it was brought back to the alleged original state by a disputed restoration, which was completed in 1953.

The large rectangular building is 110.5 meters long inside the walls, and 33 meters wide. The walls of the nave are 47.5 meters tall, and the nave itself is 82 meters long. There are nine lateral chapels on each side of the nave, the roofs of the chapels are vaulted, and they support the gallery that runs the length of the nave. Above the gallery are the lancet windows of the clerestory. An unusual feature of the building is that the lateral chapels are absorbed into the body of the church, giving Santa Chiara it's distinctive rectangular appearance. Another unusual feature of the building is the fact that the church does not have an apse, after the lateral chapels there is a section of the church with the high altar in the center, flanked by the rectangular friar's choirs on either side. Behind the alter is the tomb of King Robert, behind that is a wall separating the main body of the church from the nuns' choir.

The wall between the nave of the church and the retrochoir is penetrated by three screened grilles through which the nuns could observe the mass, while being invisible to anybody in the nave. There are also four windows in the wall which mirror the four windows on the exterior of the church. There is a large stained glass lancet window above the alter. Above this is a triangular pattern are three rose windows. At the apex of the point of the roof, above the level of the wooden beams of the ceiling is a fourth, smaller, rose window. The nuns choir is different in plan from the main body of the church, with two large piers supported by rib vaults dividing the space into three sections. Santa Chiara was the largest Clarissan church ever built and it was the first Clarissan church built where the nuns in their choir would have been able to view the performance of Mass.

The bell tower, separated from the main edifice, was begun in 1328 but was completed only in Renaissance times.The simple interior houses, behind the high altar, the tomb of King Robert and, in the side chapels, those of the Bourbon king of Naples, Francis II and his consort Maria Sophie of Bavaria, as well as of Queen Maria Christina of Savoy and of the national hero Salvo d'Acquisto (a carabiniere who sacrificed his own life to save the lives of 22 civilian hostages at the time of the Nazi occupation). The church was used, even before it was formally completed to hold the relics of Saint Louis of Toulouse, elder brother of King Robert. One of these relics was the brain of St. Louis, in an ornate reliquary which was decorated with a crown Queen Sancha had donated to the memory of her brother-in-law.

Famous is the cloister of the Clarisses, transformed in 1742 by Vaccaro with the addition of precious majolica tiles in Rococò style. The Nuns' Choir houses fragments of frescoes by Giotto.

The museum houses information on the history of the church, archaeological findings, remains of destroyed parts of the interior and other collections.

Basilica of Santa Chiara, Naples, founded in 1310 by Robert the Wise of Anjou (2) — Prof. Mortel @ Flickr

Add to wishlist
I've been here
Visited
Sant'Angelo a Nilo

Sant'Angelo a Nilo is a church in Naples, Italy. It is well known for

San Pietro a Majella is a church in Naples, Italy. The term may also

Piazza Dante is a large public square in Naples, Italy, named for the 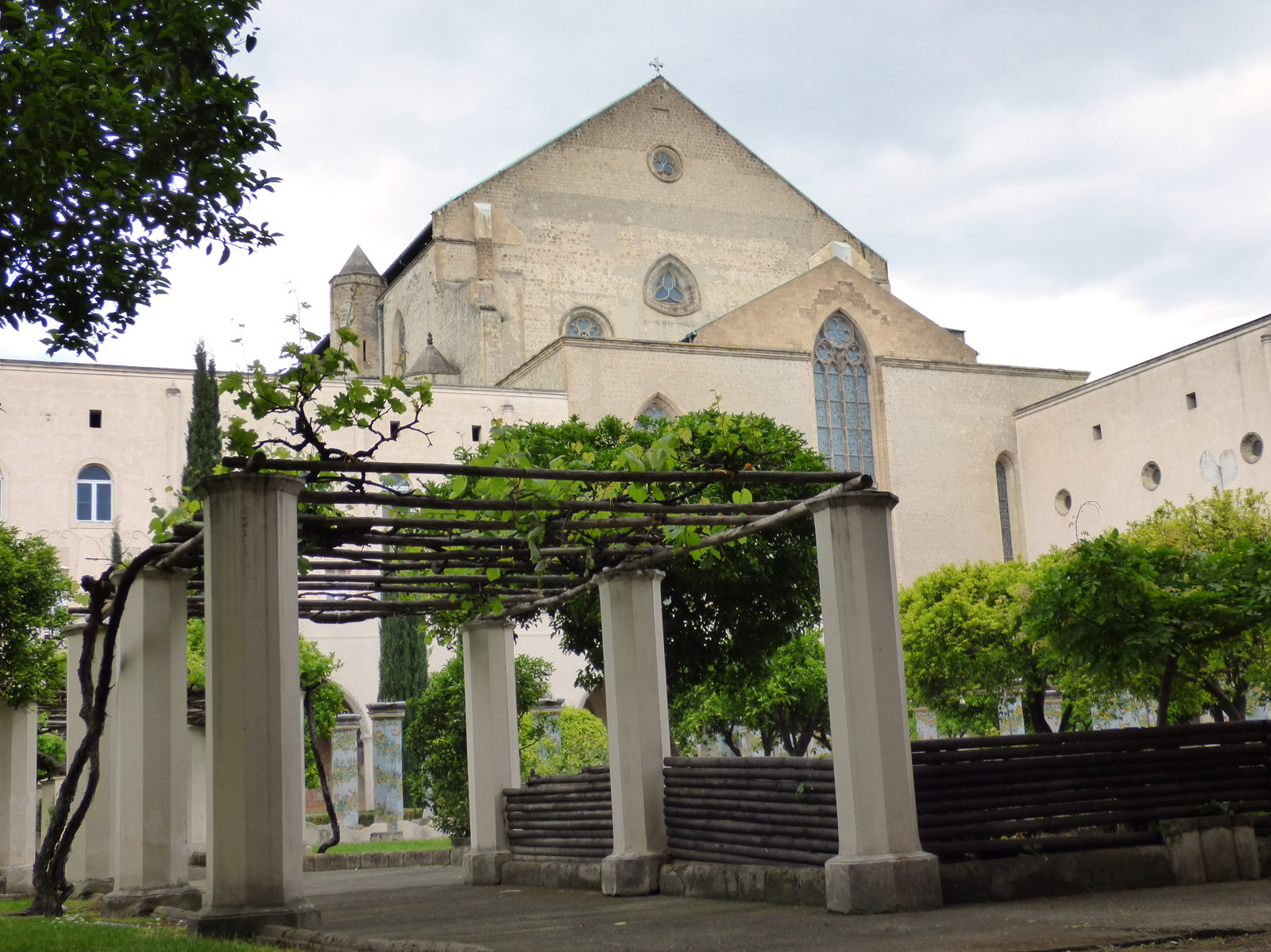 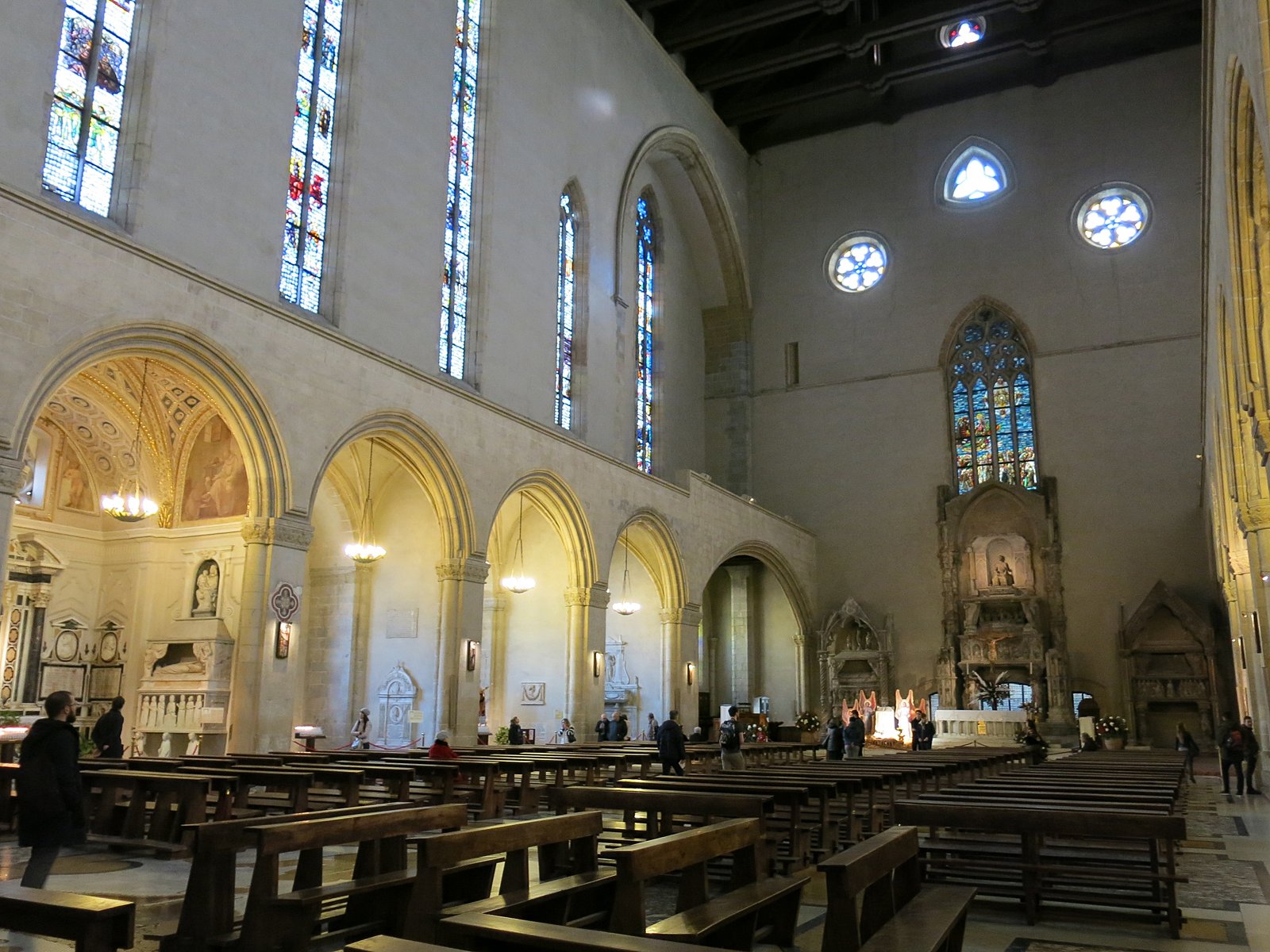 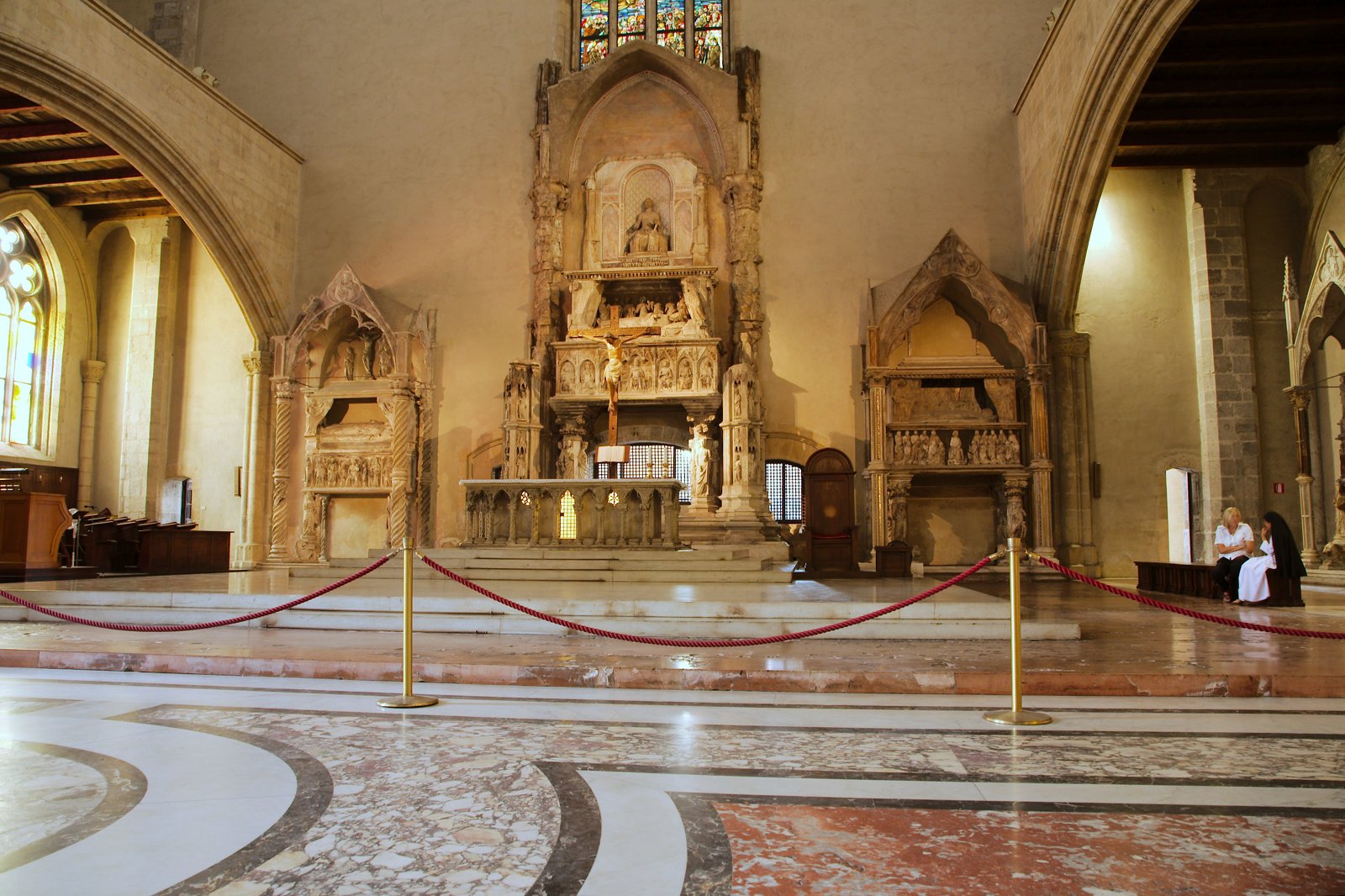 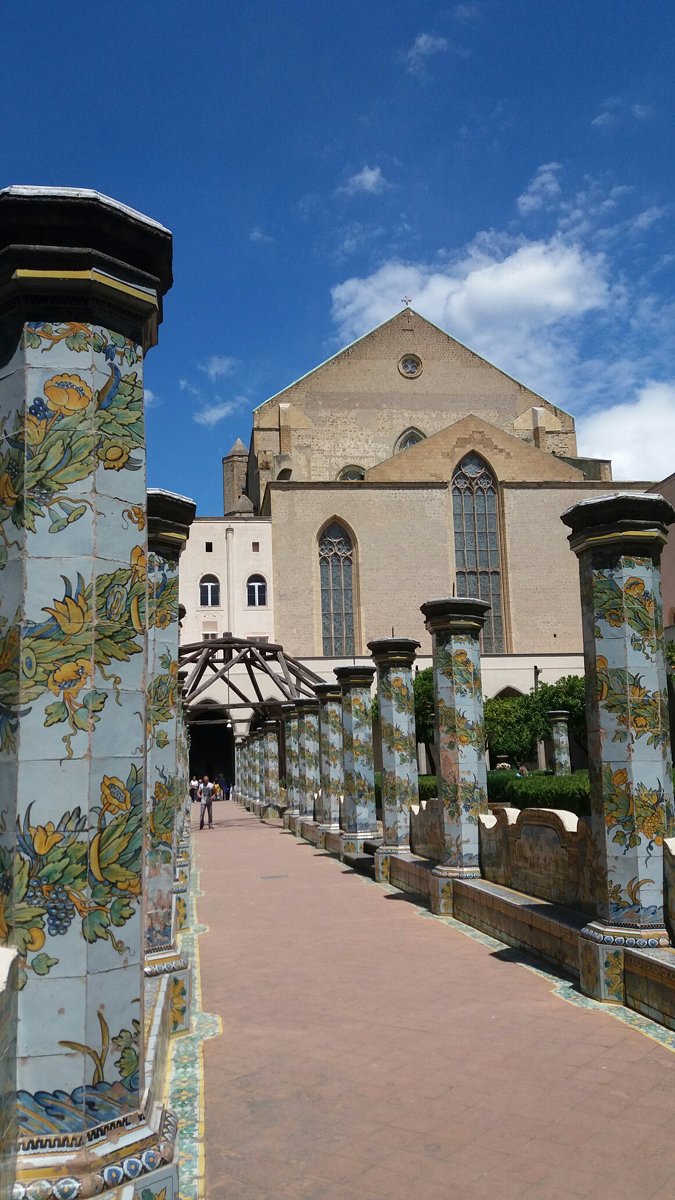 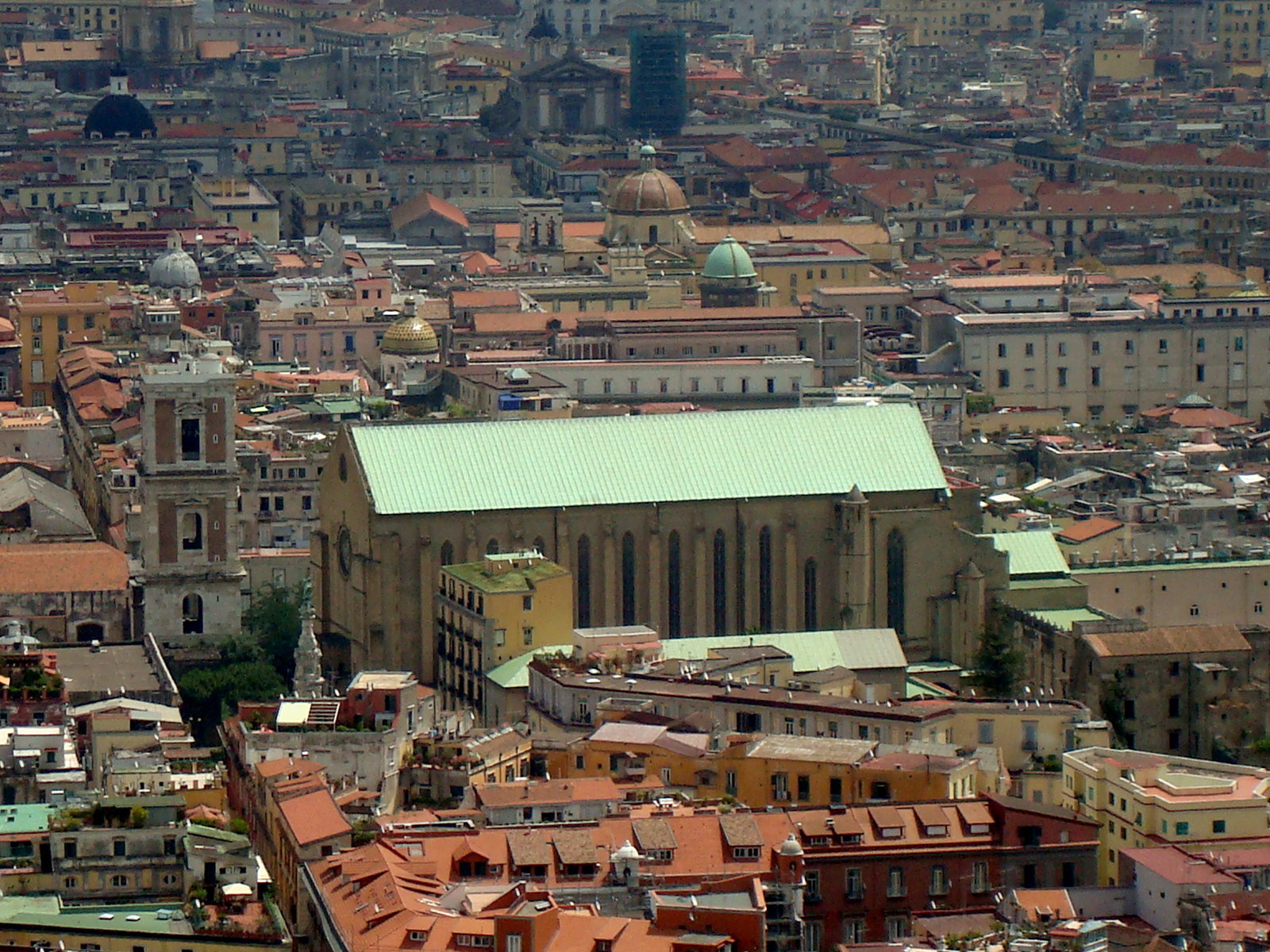 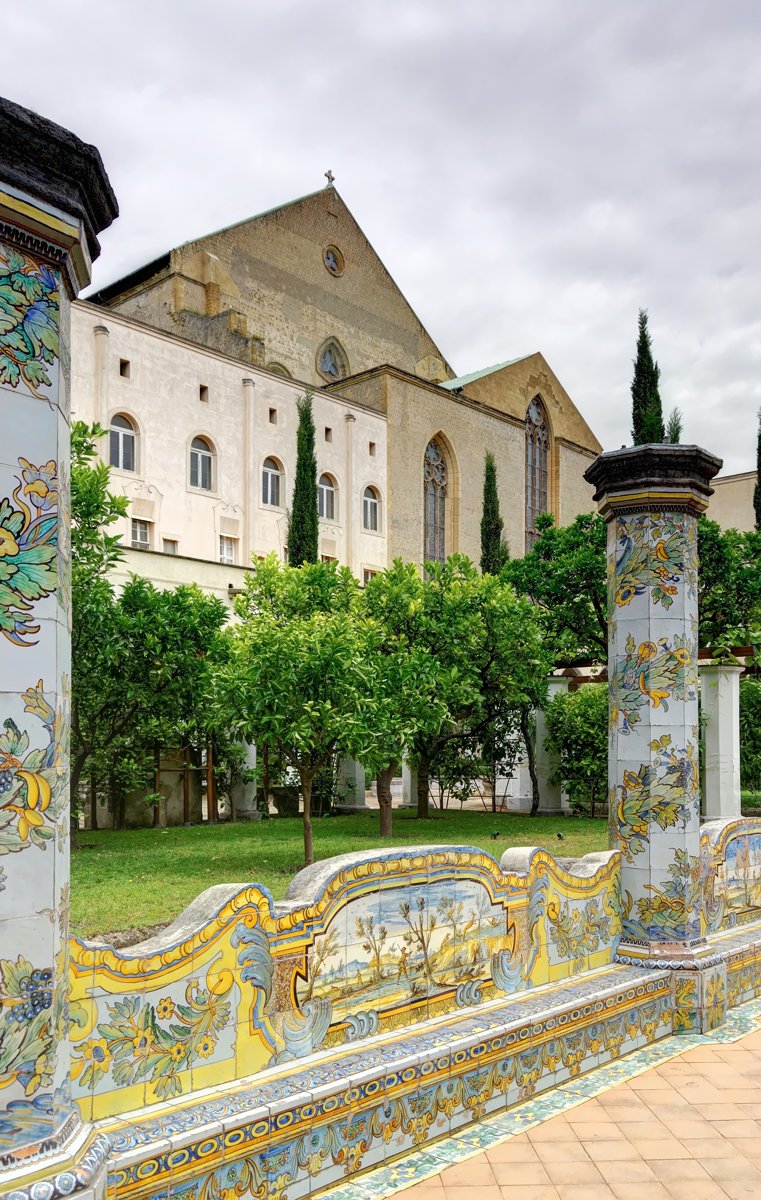 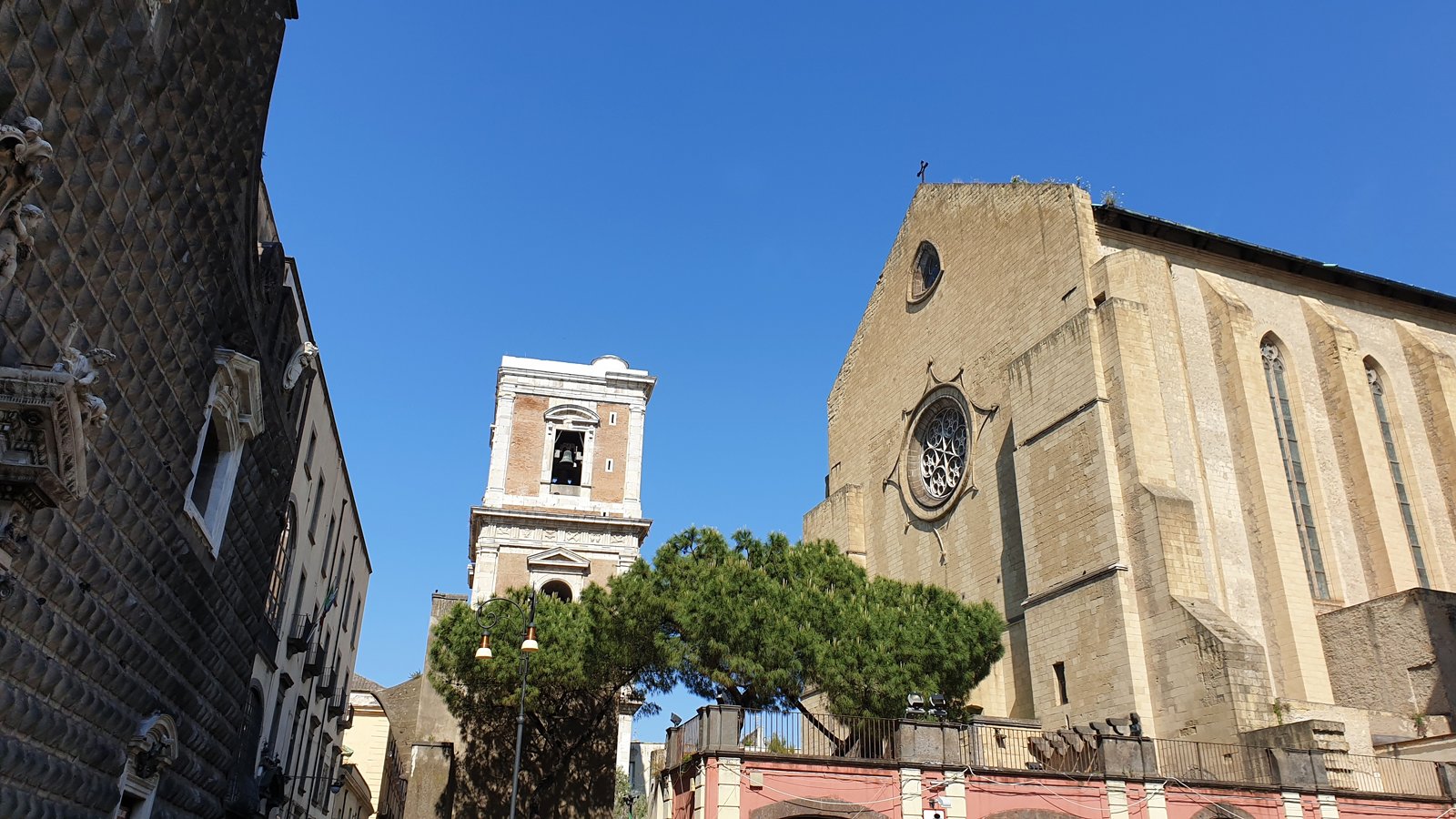 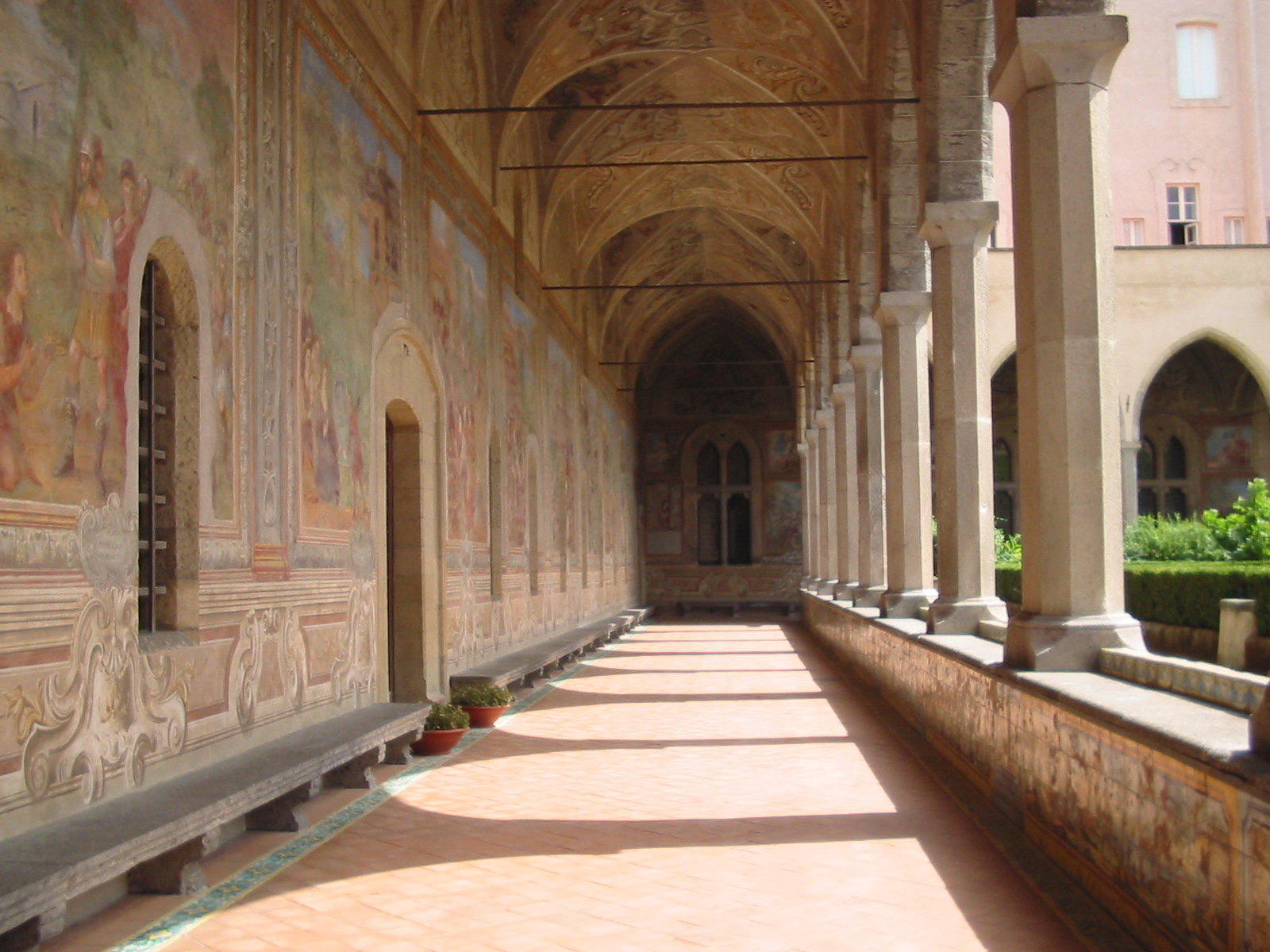 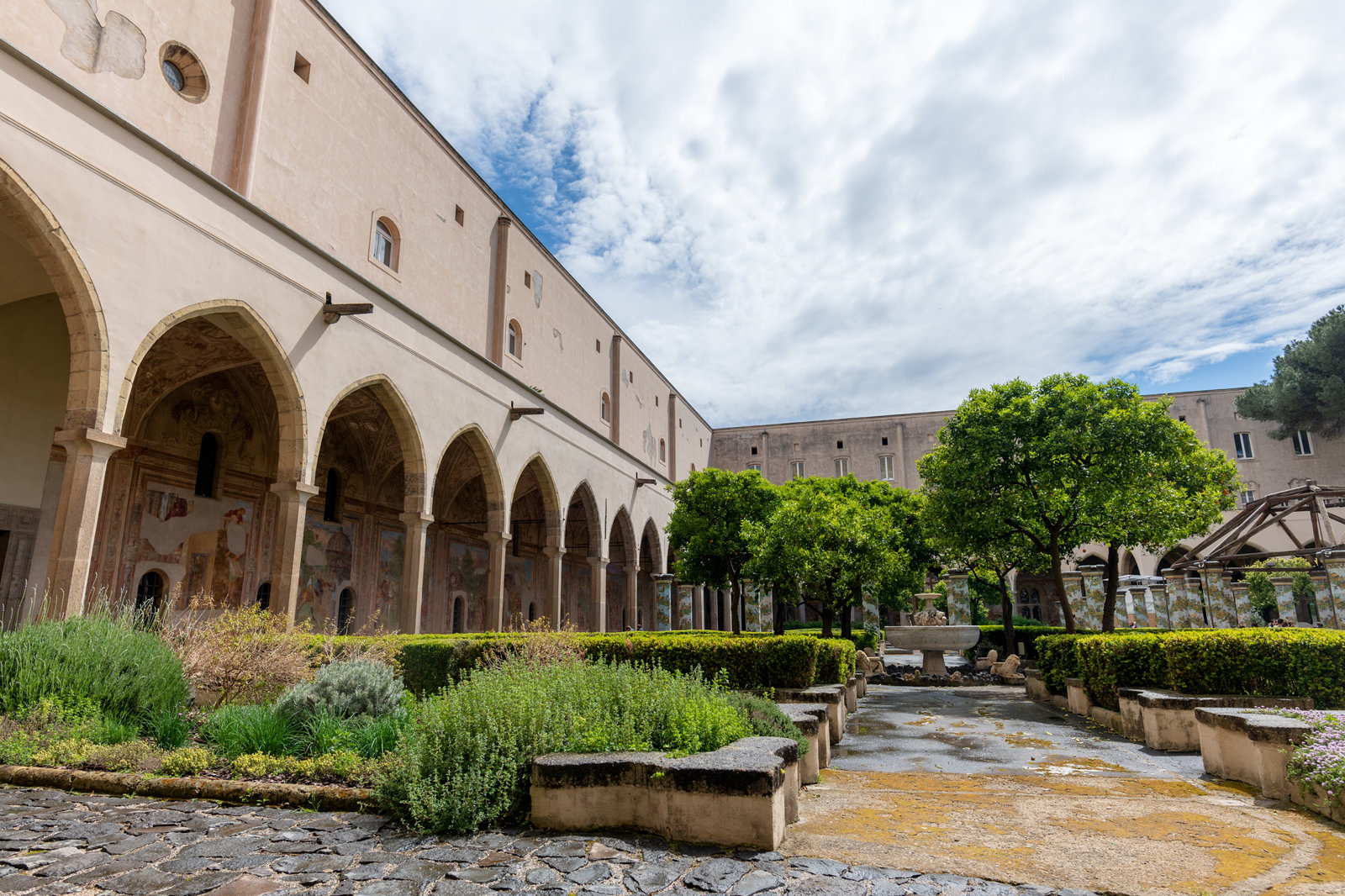 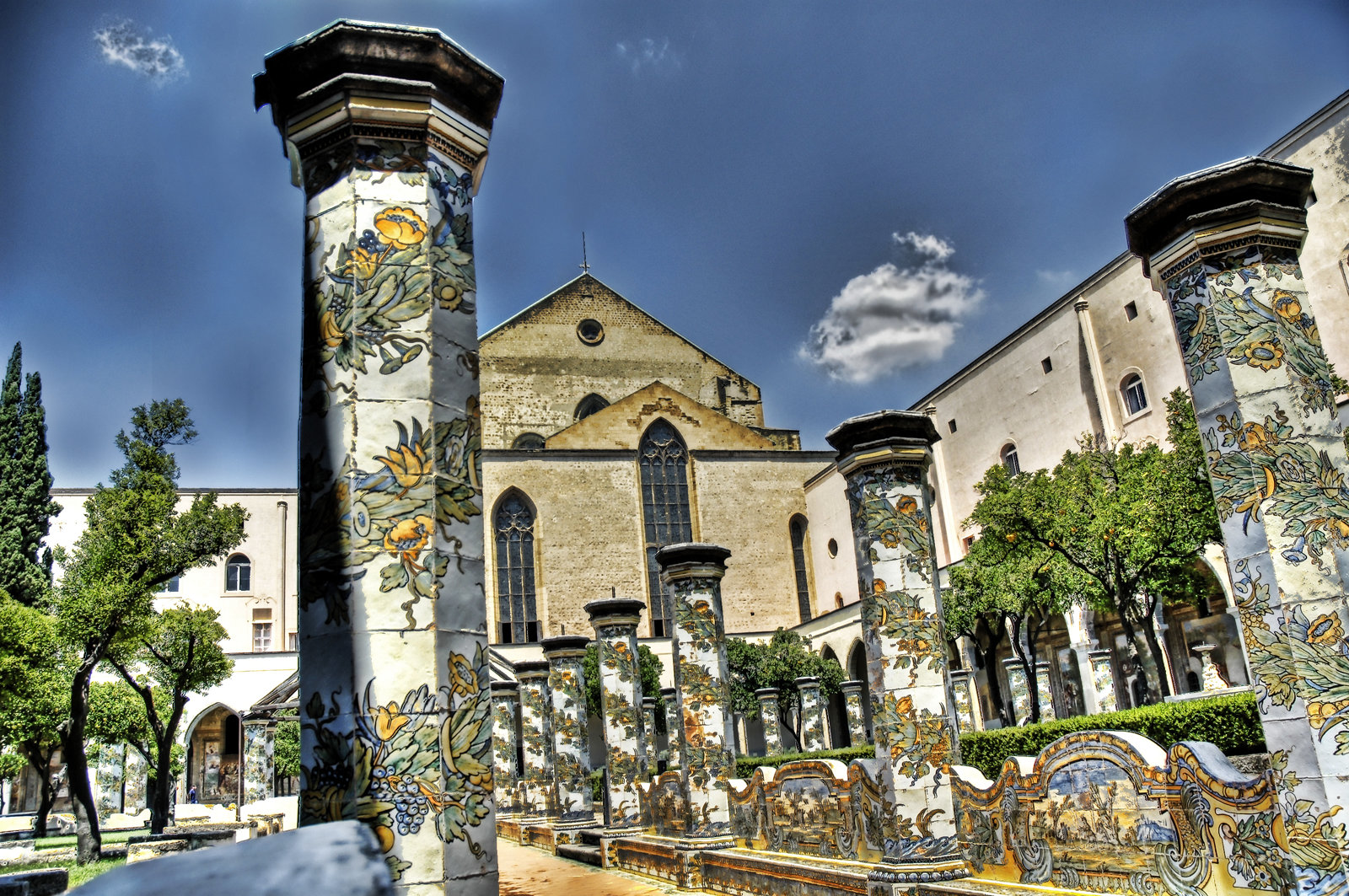 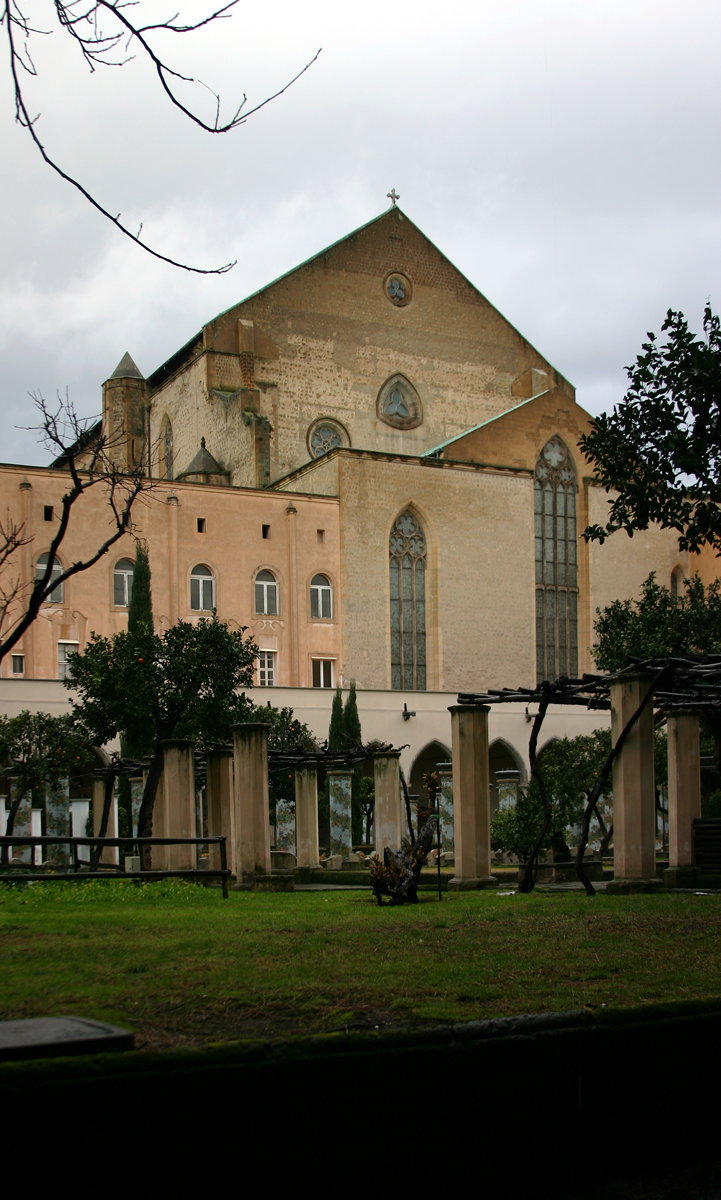 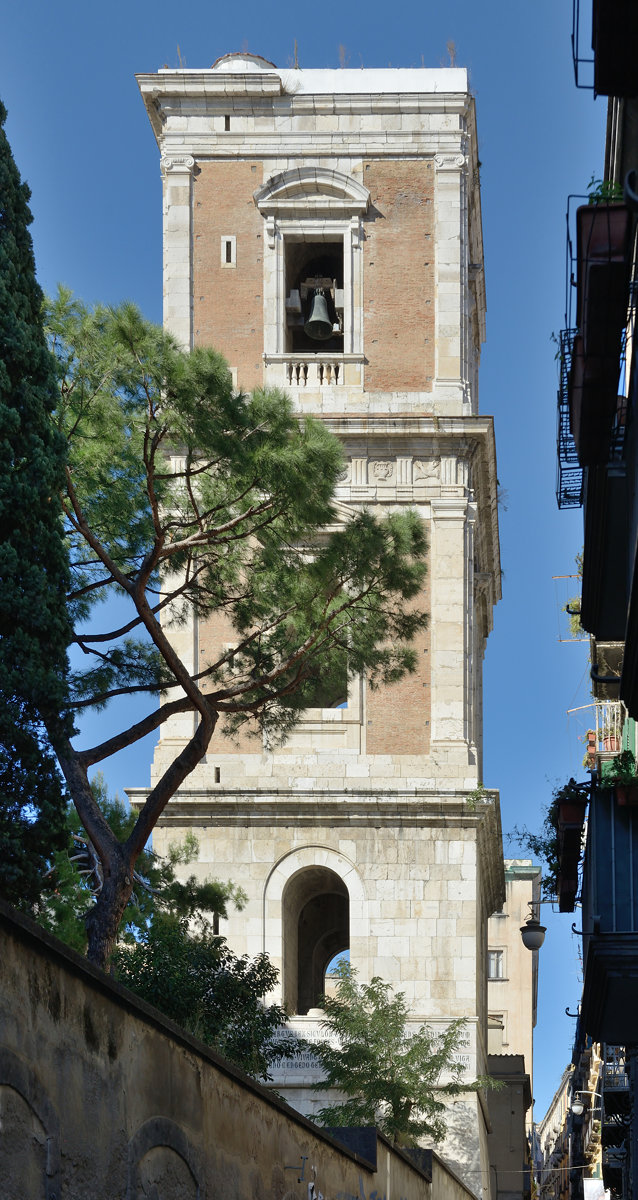 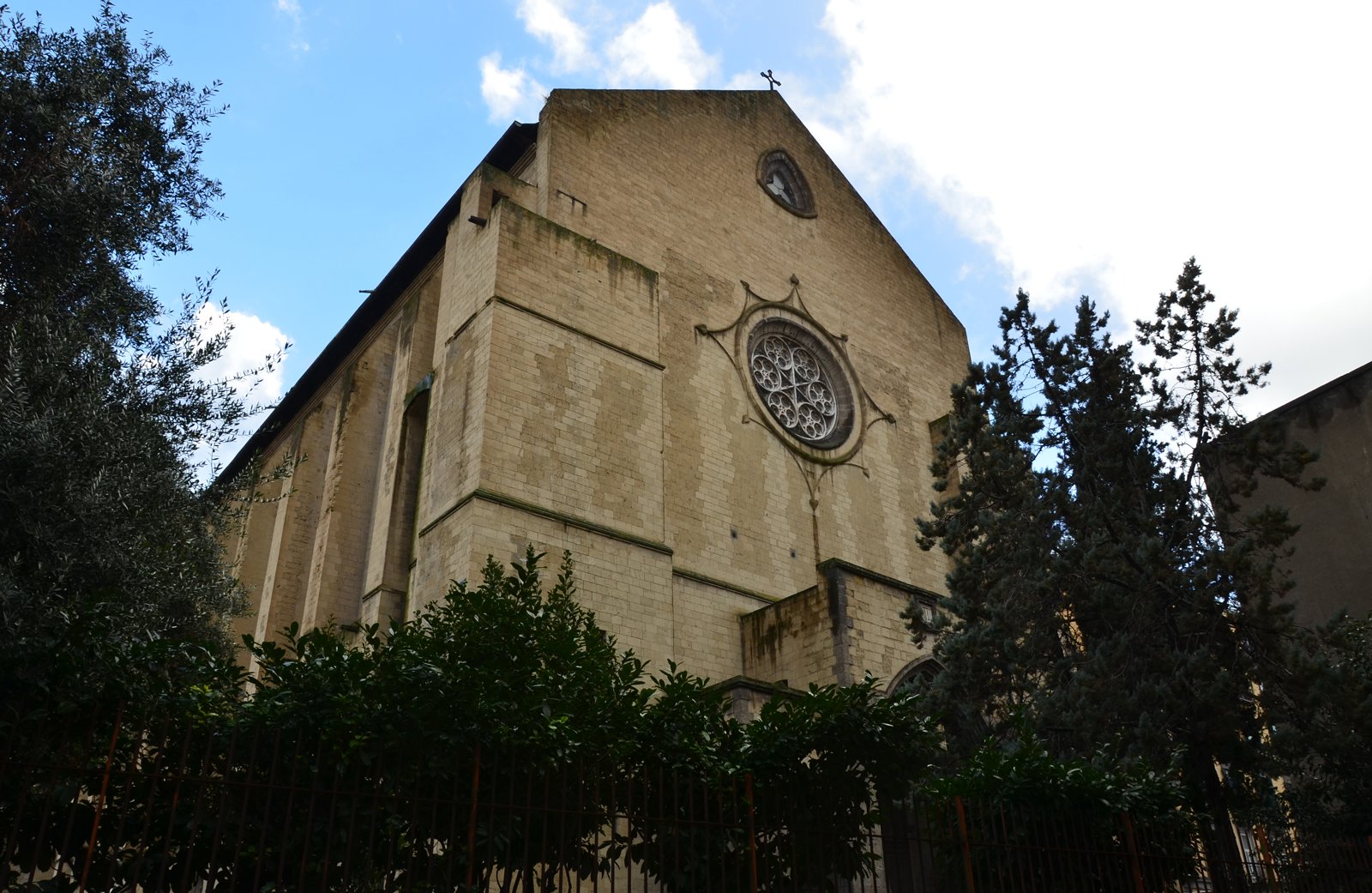 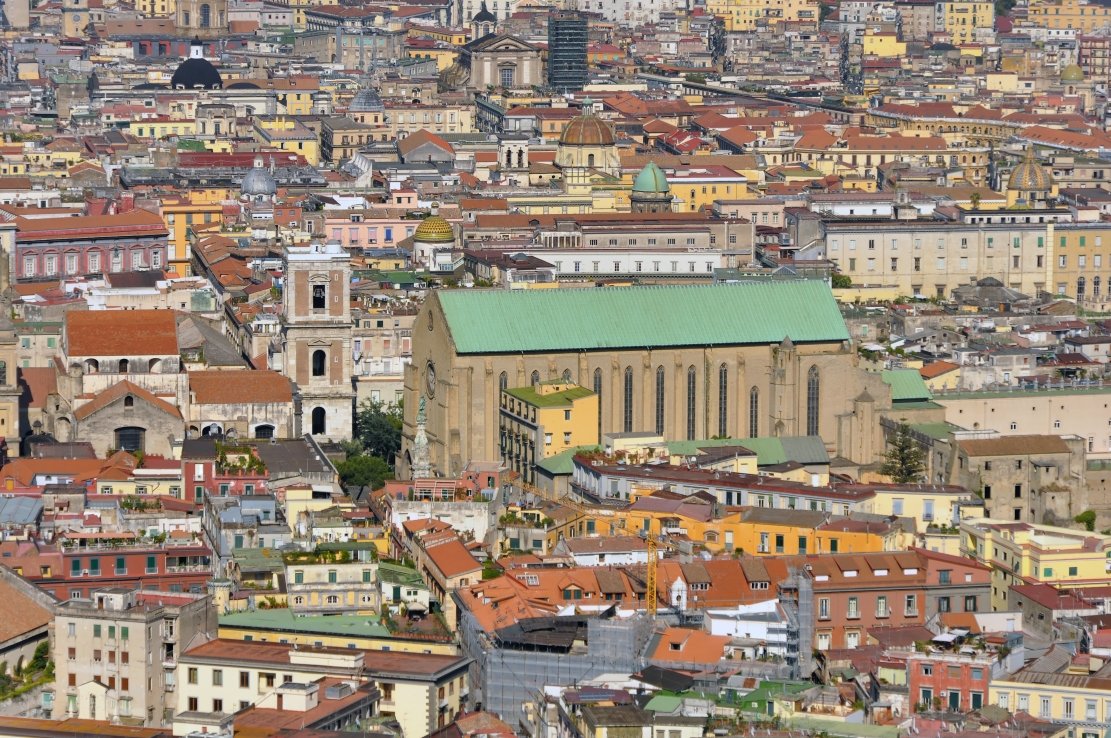 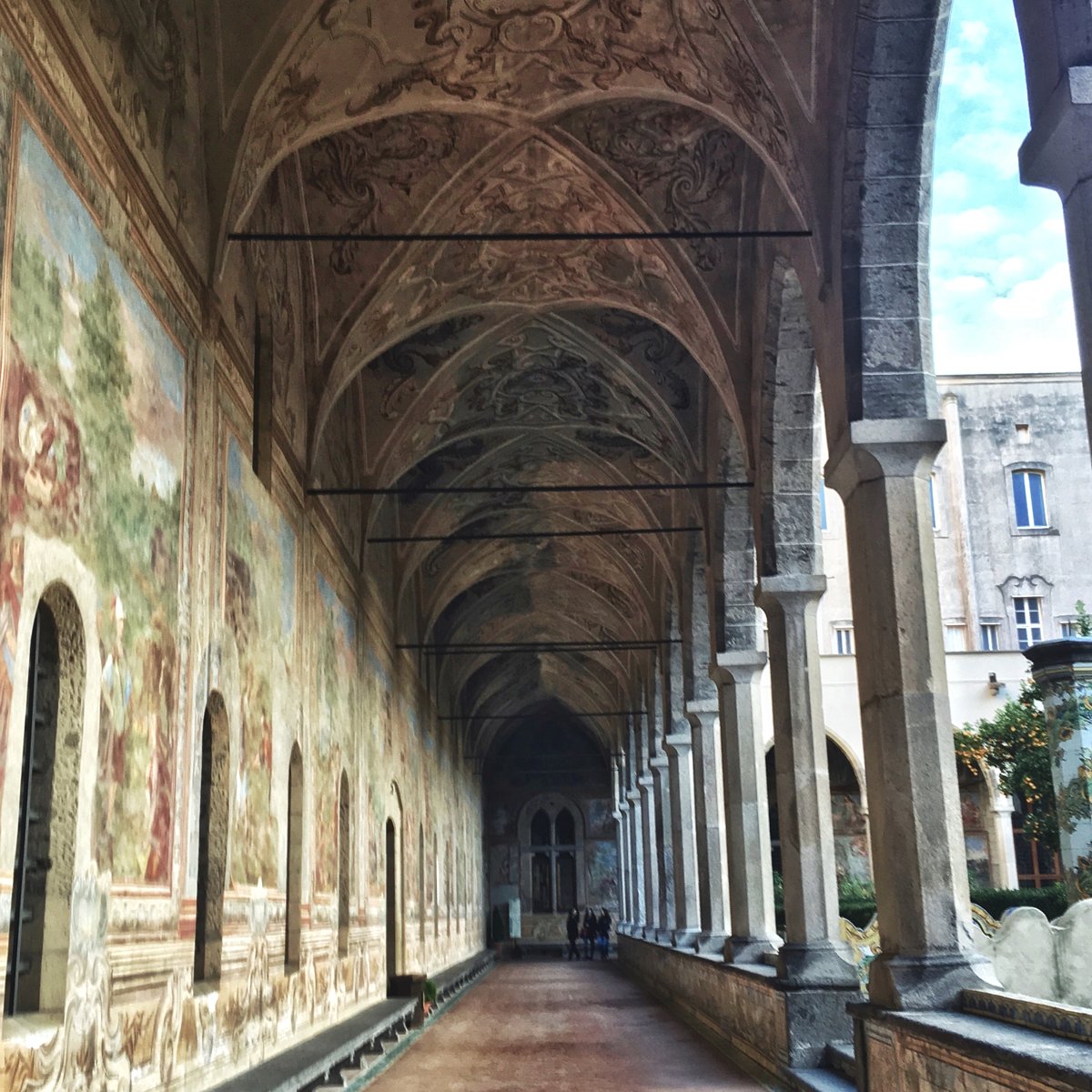 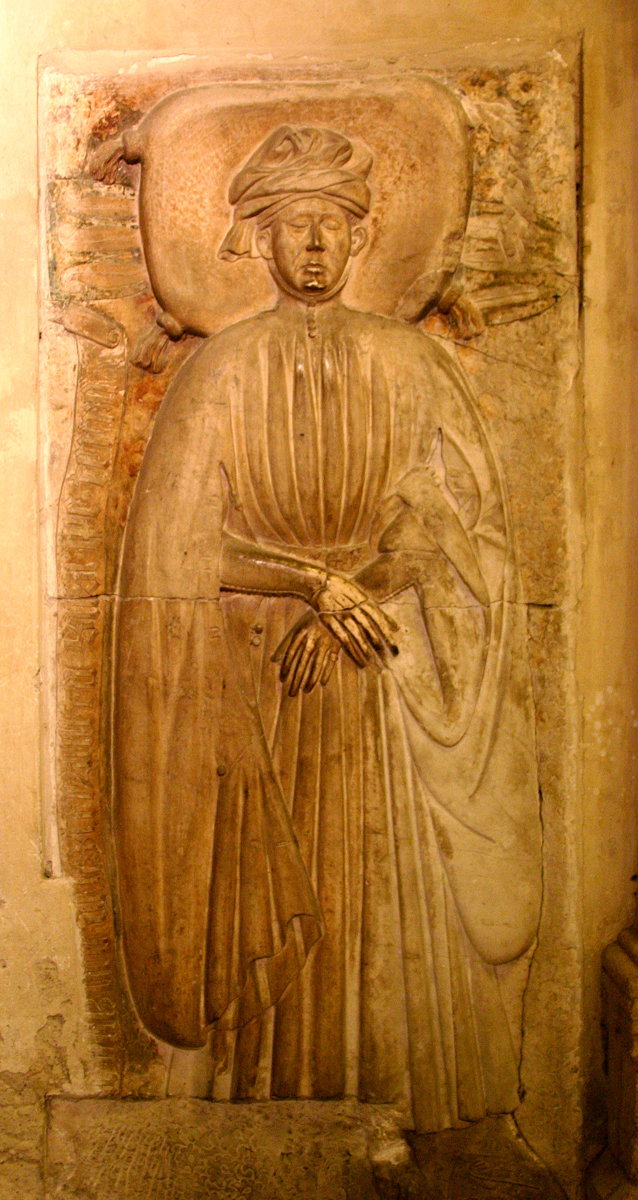 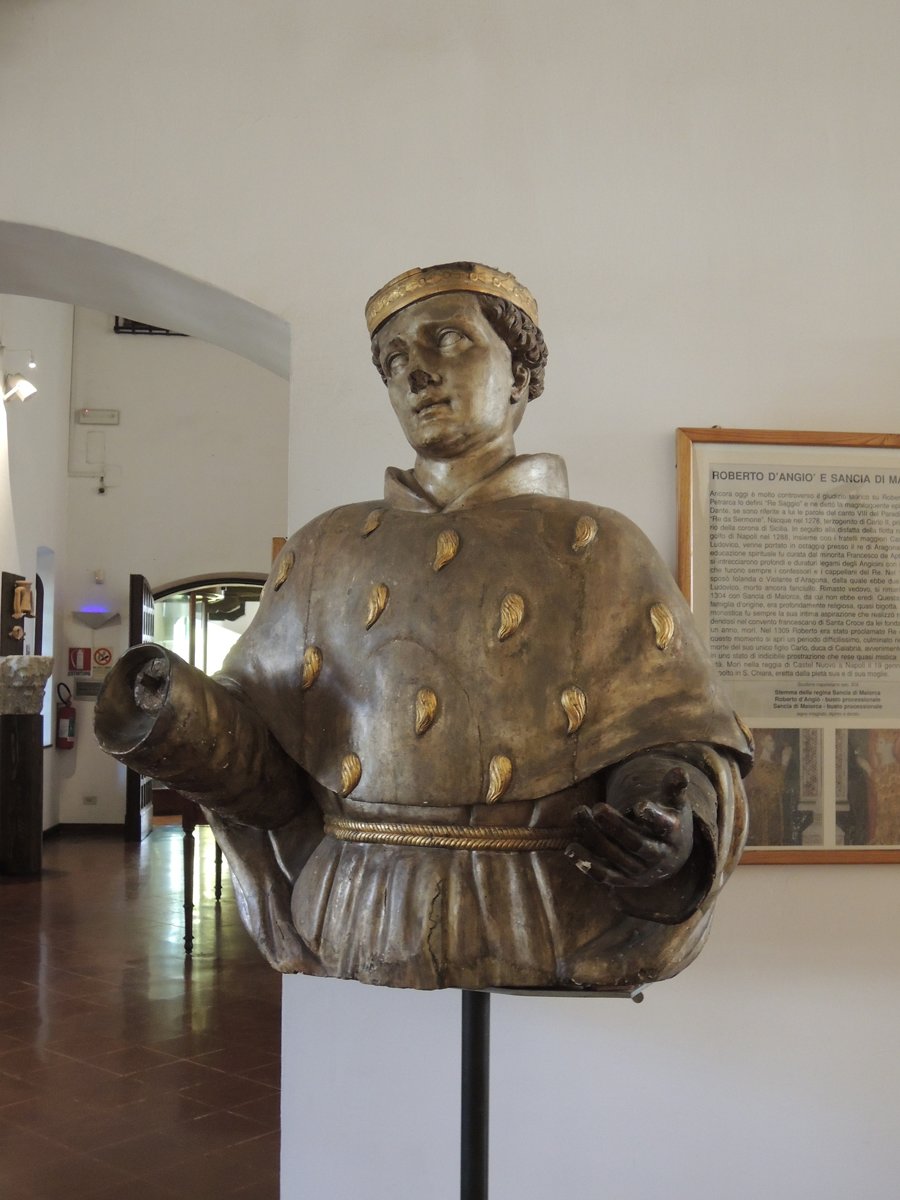 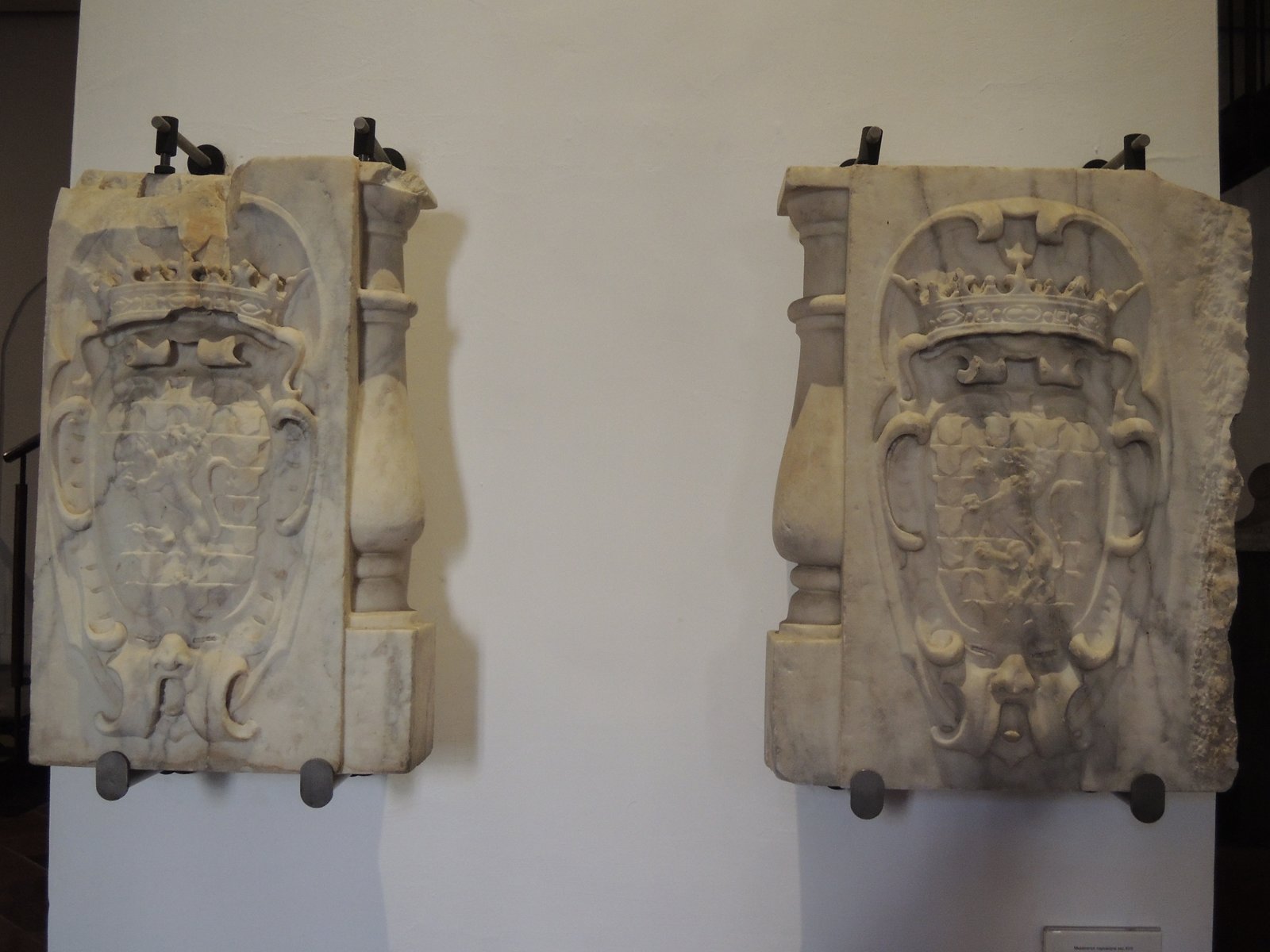 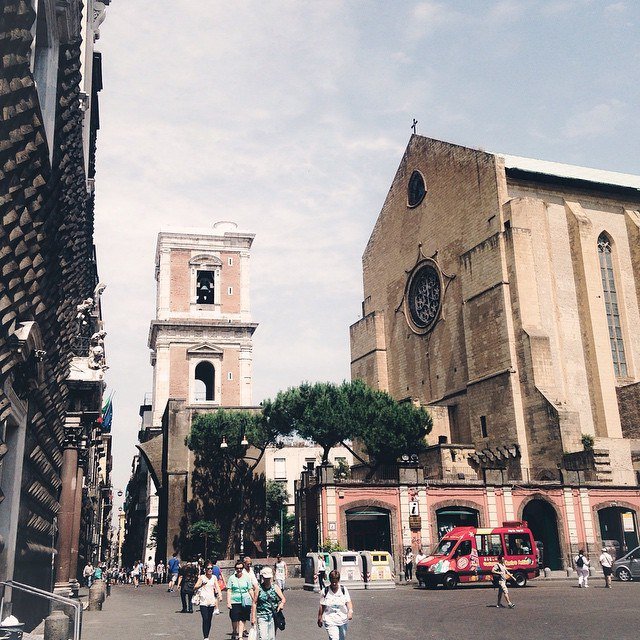 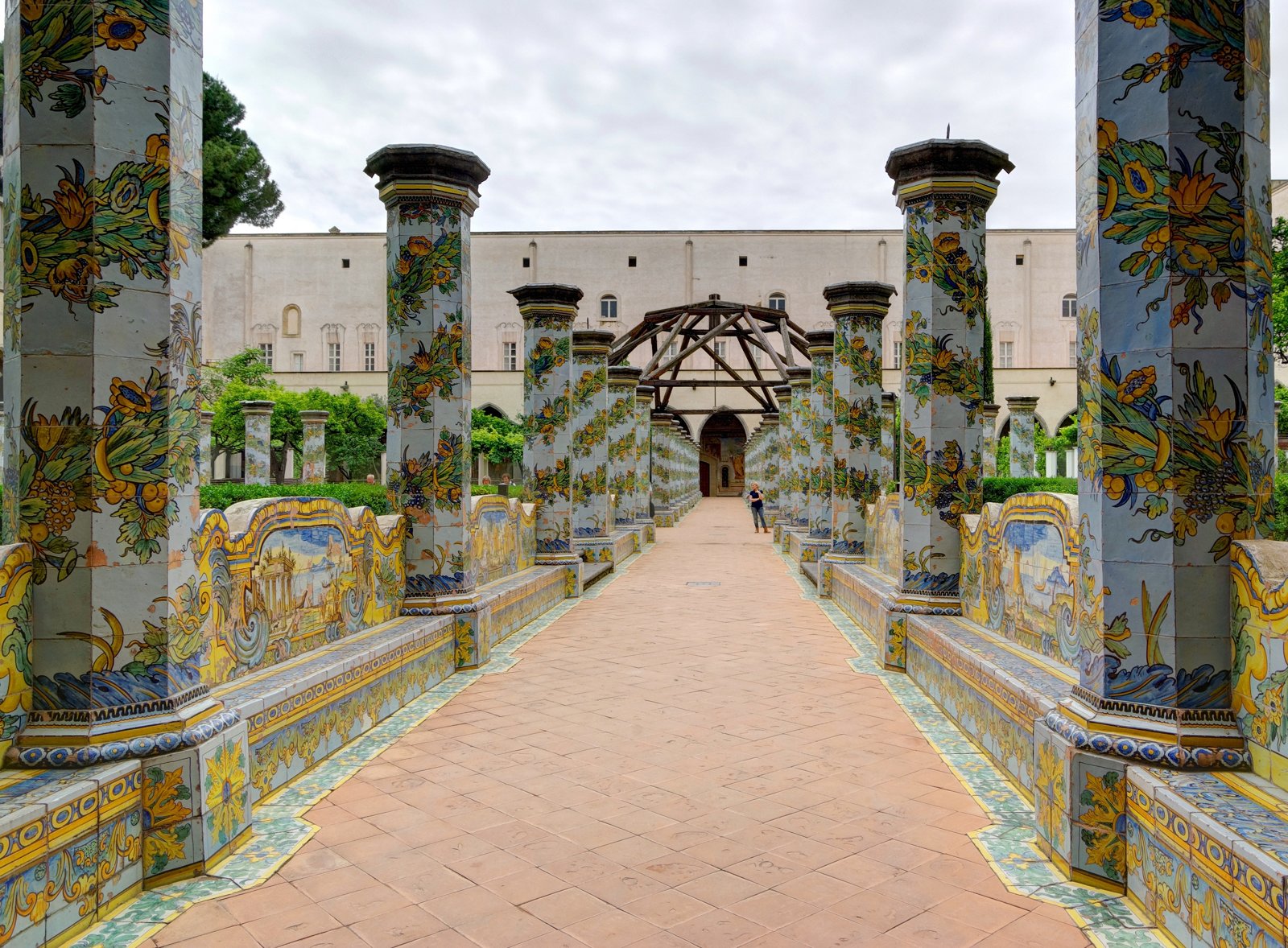