×
What are you looking for?
See all results
Coptic Orthodox churches in Cairo

History of the land

Historically the land where the Cathedral stands has been used for centuries as a cemetery for the Copts; this land had the historic Anba Rouis' Church.

The land had been given to the Coptic Orthodox Church in 969 by Gawhar. This land was given as a replacement for the land that was taken from the church to be included in building the Palace of Ma'ad al-Muizz Li-Deenillah as part of the planning of the new capital of Egypt, Cairo.

During the twelfth century the area contained ten Coptic churches, but during the rule of Qalawun on 18 February 1280 the churches were destroyed by the persecutors of the Copts. Two churches were subsequently built in the area under the rule of his son.

In 1943 the governerate of Cairo attempted to expropriate the area for public use. This was opposed by the General Congregation Council led by its secretary at the time Mr. Habib Elmasry; their campaign proved successful as the Coptic Church maintained control of the land under the condition that a non-profit building be built on it in the following fifteen years. This condition spurred the building of the cathedral.

The cathedral is considered a unique example of architectural evolution which includes seven churches of which some have a great historic value such as Anba Rouis' Church. The Cathedral represents the rapid development of Coptic architecture, the famous Coptic civil engineer Michel Bakhoum contributed in its structural design.

Before the completion of the Cathedral, the Roman Catholic pontiff of the time, Pope Paul VI, returned part of St. Mark's relics, which were stolen from Egypt in the year 828, and taken to Venice, Italy. These relics were taken to the newly constructed Cathedral, where they were placed in a specially built shrine brightly decorated with Coptic icons. They still remain there today. The Coptic Cathedral of St. Mark is by far the largest Cathedral in Africa and the Middle East.

The inauguration of the new Saint Mark's Coptic Orthodox Cathedral took place on June 25, 1968 in a ceremony attended by Egyptian President Gamal Abdel Nasser, Ethiopian Emperor Haile Selassie, among other foreign clergy members from other churches. It is the seat of the current Coptic Pope, His Holiness Pope Shenouda III, Pope and Patriarch of Alexandria and the See of St. Mark.

Bab Zuweila is a medieval gate in Cairo, which is still standing in

City of the Dead (Qarafa, Arafa) is a four mile long cemetery from

Khan el-Khalili (Arabic: خان الخليلي‎) is a major souk in the Islamic

Al-Azhar Park is a public park located in Cairo, Egypt. 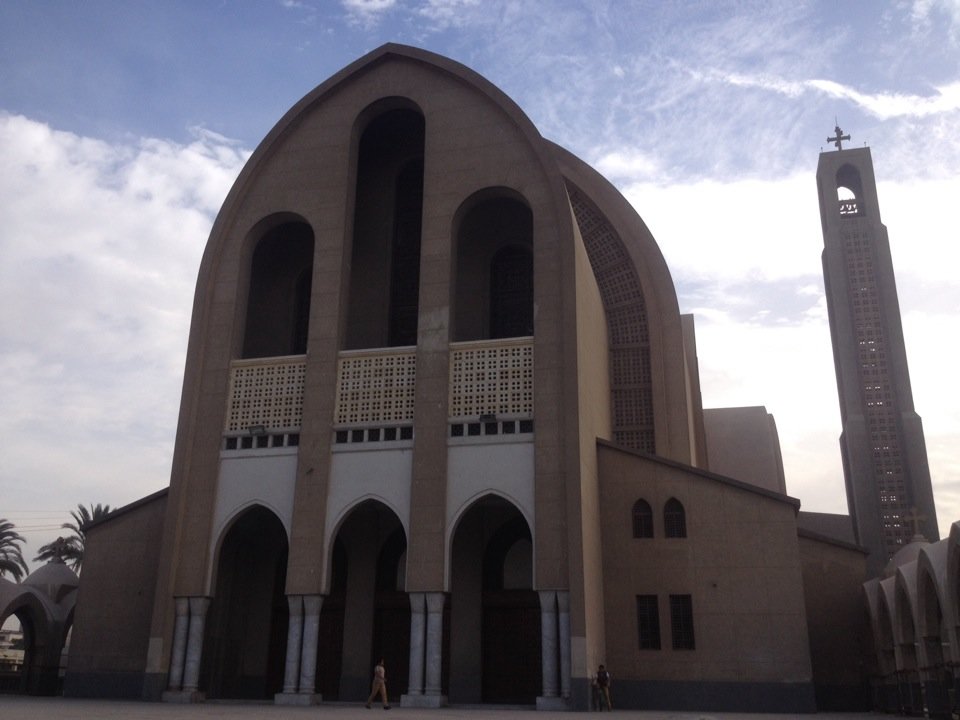 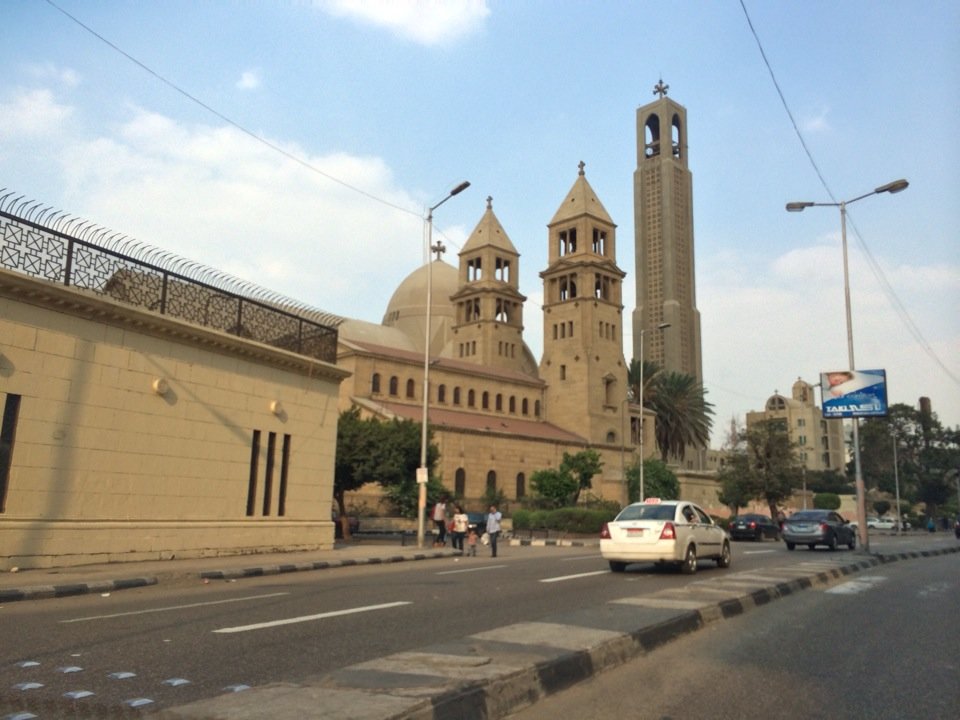