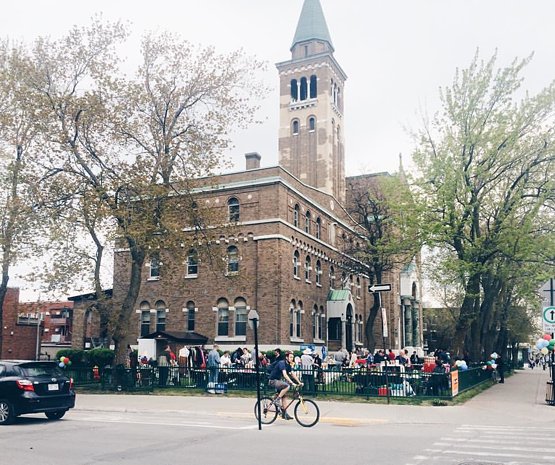 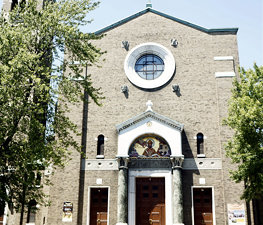 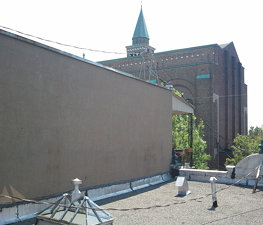 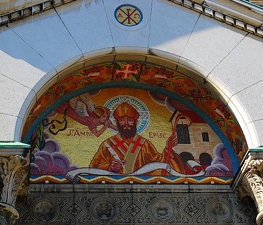 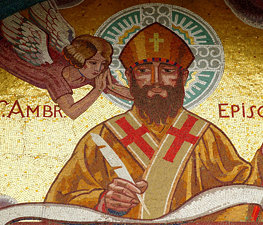 Saint-Ambroise Church (French: Église Saint-Ambroise) is a church in the borough of Rosemont–La Petite-Patrie in Montreal, Quebec, Canada. It is situated on Beaubien Street, between de La Roche Street et de Normanville Street.

Saint-Ambroise Church was built between 1924 and 1925. It is part of an architectural ensemble that also includes the presbytery and École Anthelme-Verreau. All three buildings were designed by Montreal architect Ernest Cormier. Also located nearby is École Saint-Ambroise which was designed by Jean-Omer Marchand.

Saint-Ambroise Church was one of the first major works by Ernest Cormier. The Church's architecture was inspired by the Pre-Roman architecture of Northern Italy, notably for thet layout and the simple form of the ensemble. The belltower is reminiscent of St Mark's Campanile in Venice. The facade and the walls of the church are covered in brown brick.

In the tympanum above the door there is an icon representing St. Ambrose of Milan dressed as a bishop with the pastoral staff and pen to write. An angel inspires with the breath in his ear what he has to write.

To understand this representation, we must know that St. Ambrose was born in Trier around 340 and died in 397, Bishop of Milan from 374 to 397, is one of the Fathers of the Latin Church. It was said of St. Ambrose it was more a theologian than a catechist, because everyone can understand what he wrote.

It is known as a writer and poet. He has written to protect the Church. It is one of the protagonists of debates against Arianism. It is to him that Augustine of Hippo converted to Christianity.

He is honored as a saint by the Catholic Church and celebrated on the December 7.

Tips & Hints
Arrange By:
Popular first New first
There are no tips nor hints for Saint-Ambroise Church yet. Maybe be you will be the first one to post useful information for fellow travellers? :)
3.1/10
27 people have been here
I've been here
Add to wishlist

See all hotels See all
Gite University Bed and Breakfast

Jean-Talon Market (French: Marché Jean-Talon) is a farmer's market in

The Church of St. Michael and St. Anthony is a Roman Catholic church

Jarry Park (French: Parc Jarry) is an urban park in the Villeray 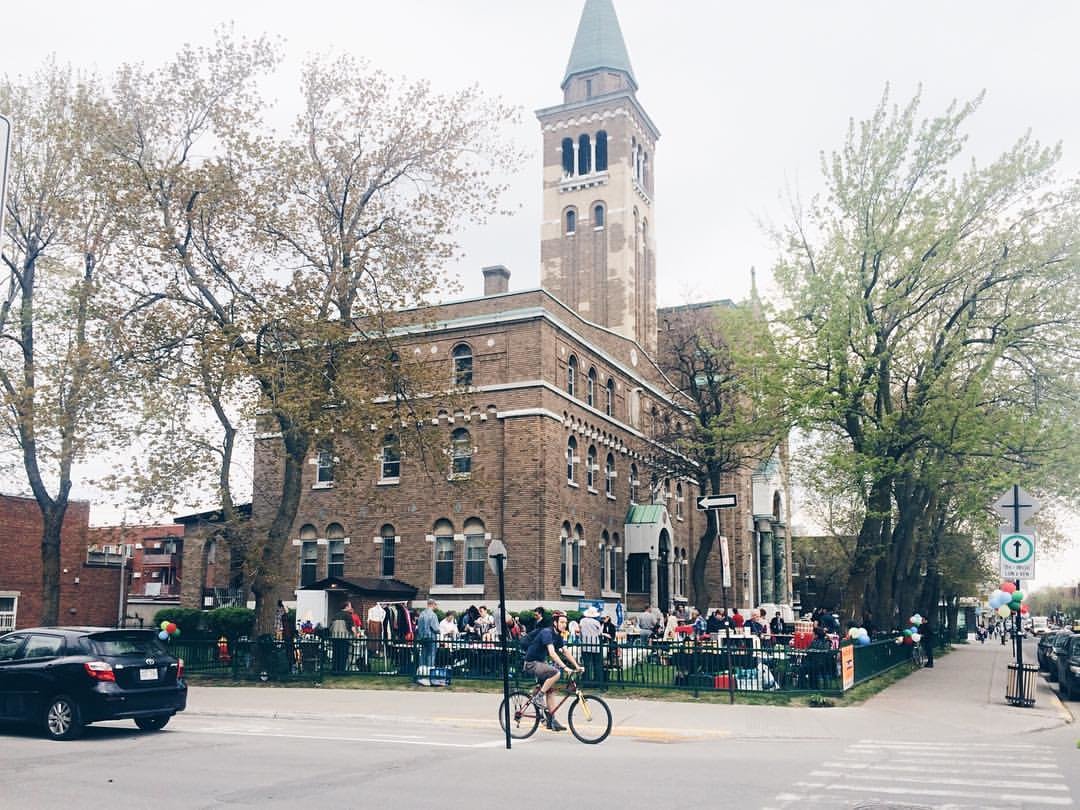 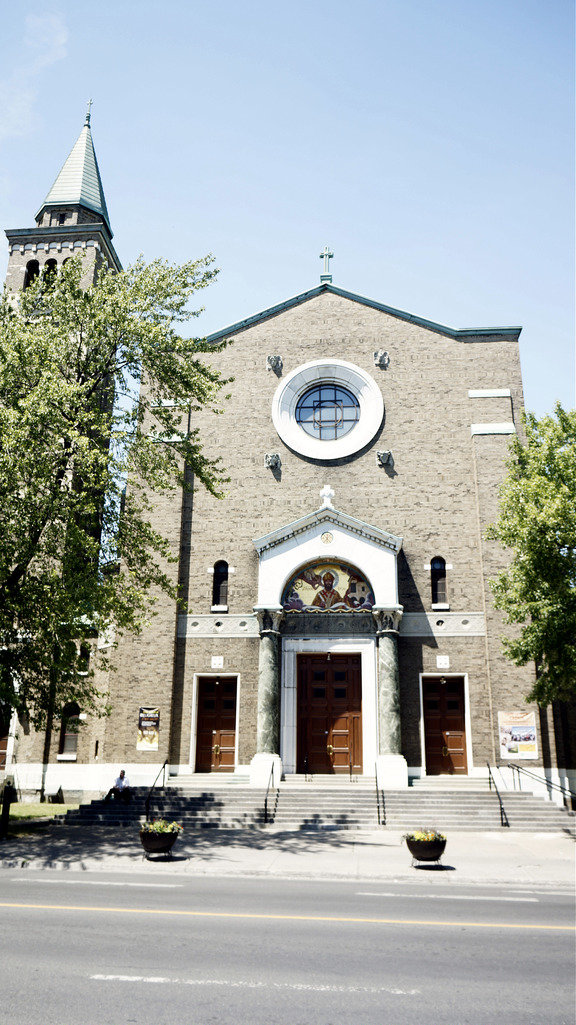 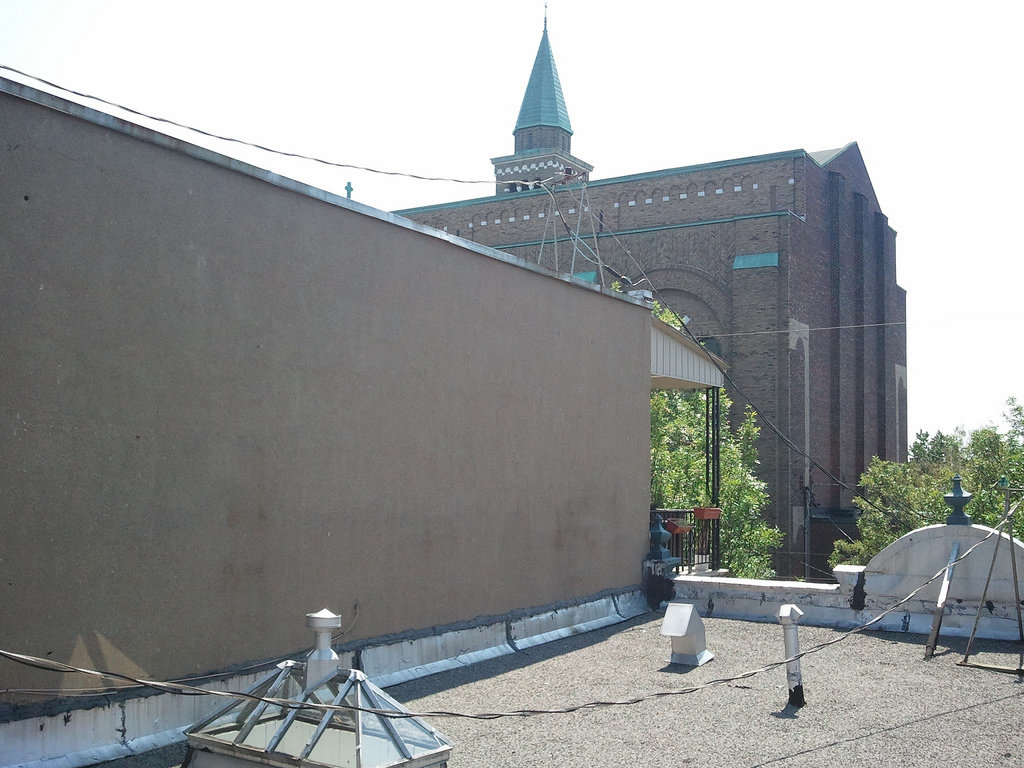 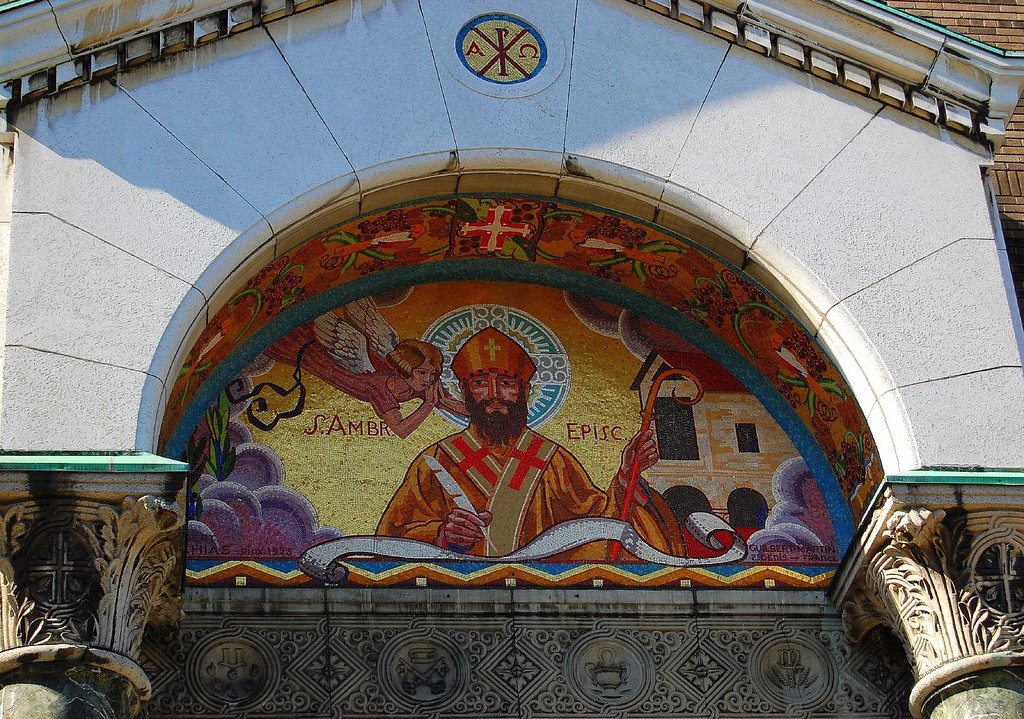 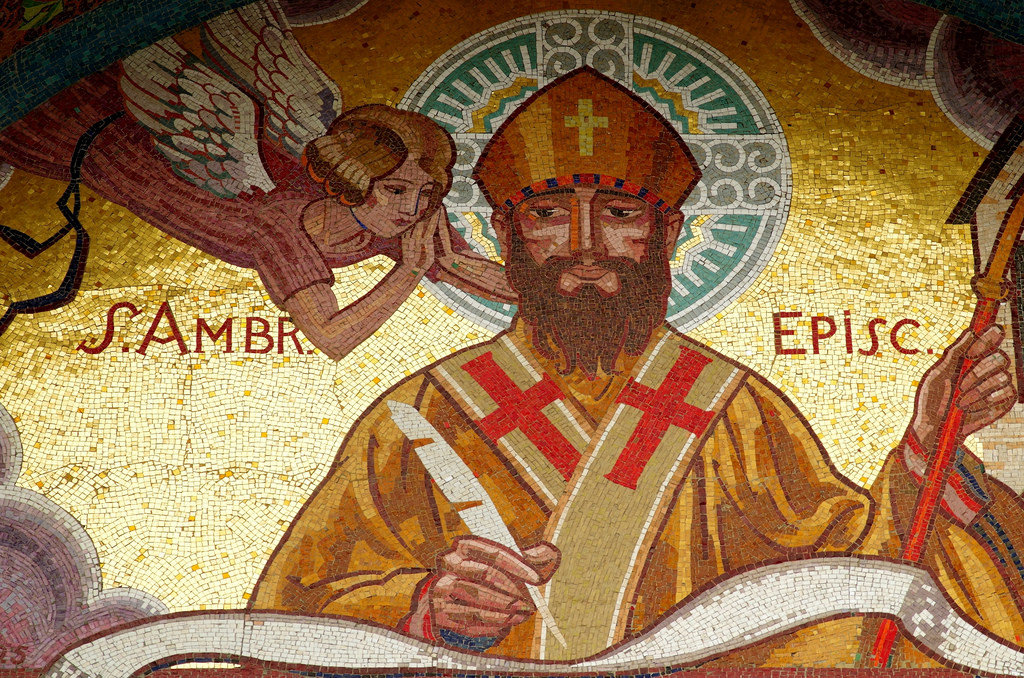