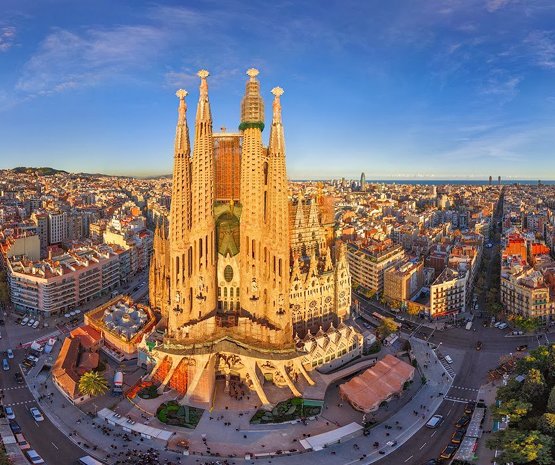 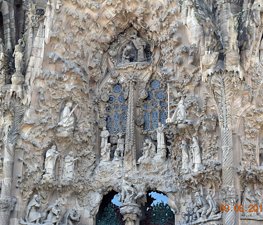 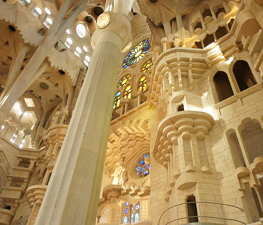 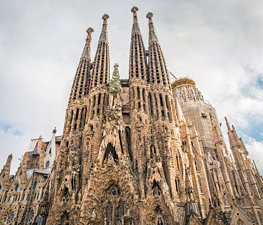 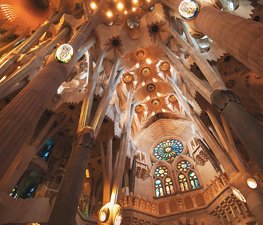 The Temple Expiatori de la Sagrada Família (official Catalan name; Templo Expiatorio de la Sagrada Familia - Temple of the Holy Family), often simply called the Sagrada Família, is a massive, privately-funded Roman Catholic church that has been under construction in Barcelona, Catalonia, Spain since 1882 and is expected to continue until at least 2026. Considered the master-work of renowned Catalan architect Antoni Gaudí (1852–1926), the project's vast scale and idiosyncratic design have made it one of Barcelona's (and Spain's) top tourist attractions for many years. A portion of the building's interior is scheduled to open for public worship and tours by September of 2010.

The Sagrada Familia was designed by Antoni Gaudí (1852–1926), who worked on the project for over 40 years. Gaudi devoted the last 15 years of his life entirely to the endeavor. The project is scheduled to be completed in 2026. On the subject of the extremely long construction period, Gaudí is said to have remarked, "My client is not in a hurry." After Gaudí's death in 1926, work continued under the direction of Domènech Sugranyes until interrupted by the Spanish Civil War in 1936.

Parts of the unfinished church and Gaudí's models and workshop were destroyed during the war by Catalan anarchists. The present design is based on reconstructed versions of the lost plans as well as on modern adaptations. Since 1940 the architects Francesc Quintana, Isidre Puig Boada, Lluís Bonet i Gari and Francesc Cardoner have carried on the work. The current director and son of Lluís Bonet, Jordi Bonet i Armengol, has been introducing computers into the design and construction process since the 1980s. Mark Burry of New Zealand serves as Executive Architect and Researcher. Sculptures by J. Busquets, Etsuro Sotoo and the controversial Josep Subirachs decorate the fantastical façades.

According to the newspaper El Periódico de Catalunya, 2.26 million people visited the partially built church in 2004, making it one of the most popular attractions in Spain. The central nave vaulting was completed in 2000 and the main tasks since then have been the construction of the transept vaults and apse. As of 2006, work concentrates on the crossing and supporting structure for the main tower of Jesus Christ as well as the southern enclosure of the central nave which will become the Glory façade.

Recently, the Ministry of Public Works of Spain (Ministerio de Fomento in Spanish), has projected the construction of a tunnel for the high speed train just under where the principal façade of the temple has to be built. Although the ministry claims that the project poses no risk to the church, the engineers and architects of the temple disagree as there is no guarantee that the tunnel will not affect the stability of the building. A campaign is being waged by the Sagrada Família preservation society (Patronat de la Sagrada Família) and the neighbourhood association AVE pel Litoral.

Every part of the design of La Sagrada Família is rich with Christian symbolism, as Gaudí intended the church to be the "last great sanctuary of Christendom". Its most striking aspect is its spindle-shaped towers. A total of 18 tall towers are called for, representing in ascending order of height the Twelve Apostles, the four Evangelists, the Virgin Mary and, tallest of all, Jesus Christ. (According to the 2005 "Works Report" of the temple's official website, drawings signed by Gaudí found recently in the Municipal Archives indicate that the tower of the Virgin was in fact intended by Gaudí to be shorter than those of the evangelists, and this is the design — which the Works Report states is more compatible with the existing foundations — that will be followed. The same source explains the symbolism in terms of Christ being known through the Evangelists.) The Evangelists' towers will be surmounted by sculptures of their traditional symbols: a bull (St Luke), a winged man (St Matthew), an eagle (St John), and a lion (St Mark). The central tower of Jesus Christ is to be surmounted by a giant cross; the tower's total height (170 m) will be one metre less than that of Montjuïc, as Gaudí believed that his work should not surpass that of God. Lower towers are surmounted by communion hosts with sheaves of wheat and chalices with bunches of grapes, representing the Eucharist.

The Church will have three grand façades: the Nativity façade to the East, the Glory façade to the South (yet to be completed) and the Passion façade to the West. The Nativity facade was built before work was interrupted in 1935 and bears the most direct Gaudí influence. The Passion façade is especially striking for its spare, gaunt, tormented characters, including emaciated figures of Christ being flogged and on the crucifix. These controversial designs are the work of Josep Maria Subirachs.

The church plan is that of a Latin cross with five aisles. The central nave vaults reach 45 meters while the side nave vaults reach 30 meters. The transept has 3 aisles. The columns are on a 7.5 meter grid however the columns of the apse, resting on del Villar's foundation, do not adhere to the grid, requiring a section of columns of the ambulatory to transition to the grid thus creating a horseshoe pattern to the layout of those columns. The crossing rests on the four central columns of porphyry supporting a great hyperboloid surrounded by two rings of 12 hyperboloids (currently under construction). The central vault reaches 60 meters. The apse will be capped by a hyperboloid vault reaching 75 meters. Gaudi intended that a visitor standing at the main entrance be able to see the vaults of the nave, crossing, and apse, thus the graduated increase in vault loftiness.

The columns of the interior are a unique Gaudi design. Besides branching to support their load, their ever-changing surfaces are the result of the intersection of various geometric forms. The simplest example is that of a square base evolving into an octagon as the column rises, then a 16-sided form, and eventually to a circle. This effect is the result of a three-dimensional intersection of helicoidal columns (for example a square cross-section column twisting clockwise and a similar one twisting counter-clockwise).

The towers on the Nativity façade are crowned with geometrically shaped tops that are reminiscent of Cubism (they were finished around 1930), and the intricate decoration is contemporary to the style of Art Nouveau, but Gaudí's unique style drew primarily from nature, not other artists or architects, and resists categorization.

Gaudí used hyperboloid structures in later designs of the Sagrada Família (more obviously after 1914), however there are a few places on the nativity façade—a design not equated with Gaudí's ruled-surface design, where the hyperboloid crops up. For example, all around the scene with the pelican there are numerous examples (including the basket held by one of the figures). There is a hyperboloid adding structural stability to the cypress tree (by connecting it to the bridge). And finally, the "bishop's mitre" spires are capped with hyperboloid structures. In his later designs, ruled surfaces are prominent in the nave's vaults and windows and the surfaces of the Passion facade.

Areas of the sanctuary will be designated to represent various concepts, such as saints, virtues and sins, and secular concepts such as regions, presumably with decoration to match.

The building works are expected to be completed around 2026, the 100th anniversary of Gaudi's death, although the likelihood of meeting this date is disputed. Computer modelling has been used for the detailed design of the intricate structure of supporting columns inside the church. See also catenary. CAD/CAM technology has been used to speed up the construction of the building; initially, the construction work was expected to last for several hundred years, based on building techniques available in the early 1900s. The construction work calls for many pieces of stone to be machined to unique shapes, each being subtly different from the next, and these pieces are now being machined accurately off-site, reducing the overall construction time. The best description of the current means of construction and future plans is in a catalogue to an exhibition at the Deutsches Architekturmuseum Frankfurt am Main

There is a current among some renowned Catalan architects advocating to halt construction, in order to respect the original Gaudí's designs (which are not exhaustive and have been partially completed contemporarily). The patrons and political responsibles oppose this option.

The temple is scheduled to open for worship by September 2010.

Construction on Sagrada Família is not supported by any government or official church sources. Private patrons funded the initial stages. Money from tickets purchased by tourists is now used to pay for the work, and private donations are accepted through the Friends of the Temple.

The construction budget for 2009 alone is 18 million euros.

Josh Nelson
It is a stunning piece of architecture. 2 hours is a good amount of time to anticipate if you want to enjoy it at a good pace. Get your tickets online the day before & add the tower as well. Worth it!

Robert Paluszak
Amazing and unique. All European churches are not the same, this is the exception. Buy tickets online or book a skip-the-line tour. You need a guide or audio tour to truly understand the symbolism.

Lauren Jones
One of the most beautiful things I have ever seen. Fascinating how Gaudi incorporated nature into his designs. Even if you see nothing else in Barcelona you must see this. Book ahead!!

Wael Maatouk
What an experience. Must see this art piece. Take audio system, very nice to know details, history & lots of interesting info. Don’t go on high tower, nice but doesn’t worth it. But don’t miss it.

Roshel Aghassi
Make sure to buy your ticket in advance. I would go in mid afternoon because the lights from the stain glass is amazing! If your claustrophobic do not take tower tour.

m d
You can’t miss this one of the greatest achievement in architecture. (Still in construction) The museum in the basement is very nice to understand Gaudi’s idea and the church itself.
Load more comments
foursquare.com
9.7/10
Michael Coulombe, Mike B and 776,870 more people have been here
I've been here
Add to wishlist

Basilica of the Holy Family on Foursquare

The Torre Agbar, or Agbar Tower, is a 33-story tower at Plaça de les

Casa Calvet is a building, designed by Antoni Gaudí for a textile

The Arc de Triomf (English: Triumphal Arch) is an archway structure in

Palau Robert (Catalan pronunciation: ]) is a building on Barcelona's

The Basilica of Sant' Apollinare Nuovo is a church in Ravenna,

The Basilica of Sant' Apollinare in Classe is an important monument 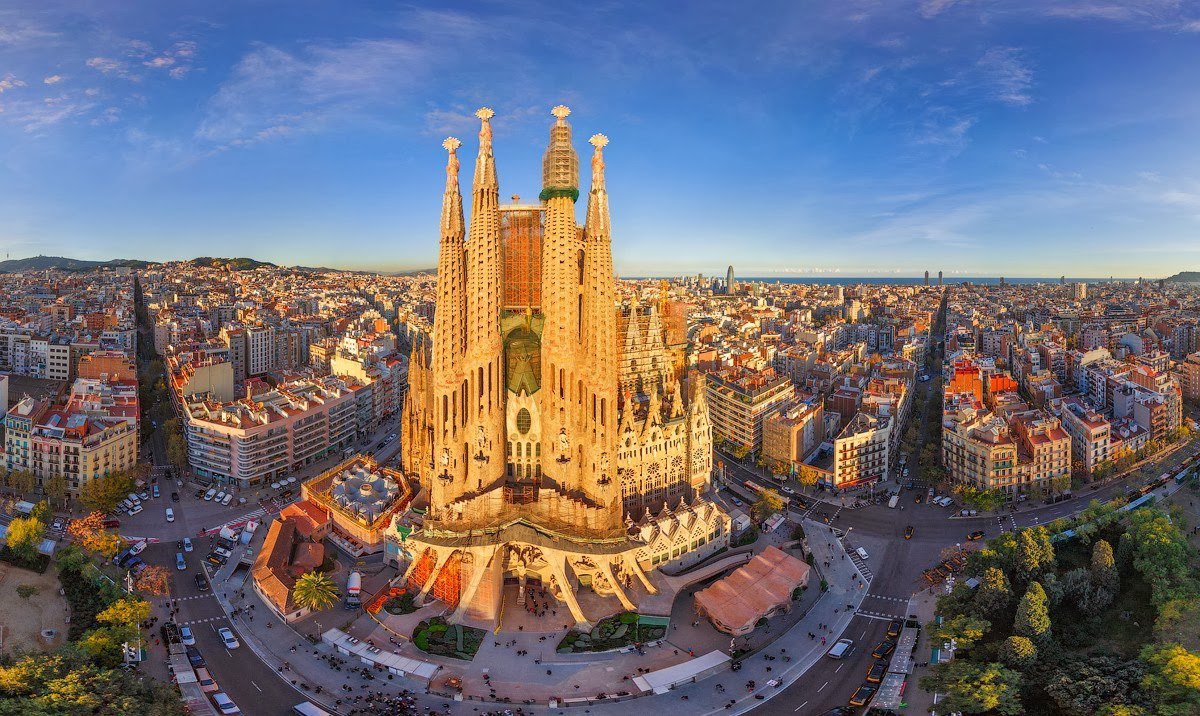 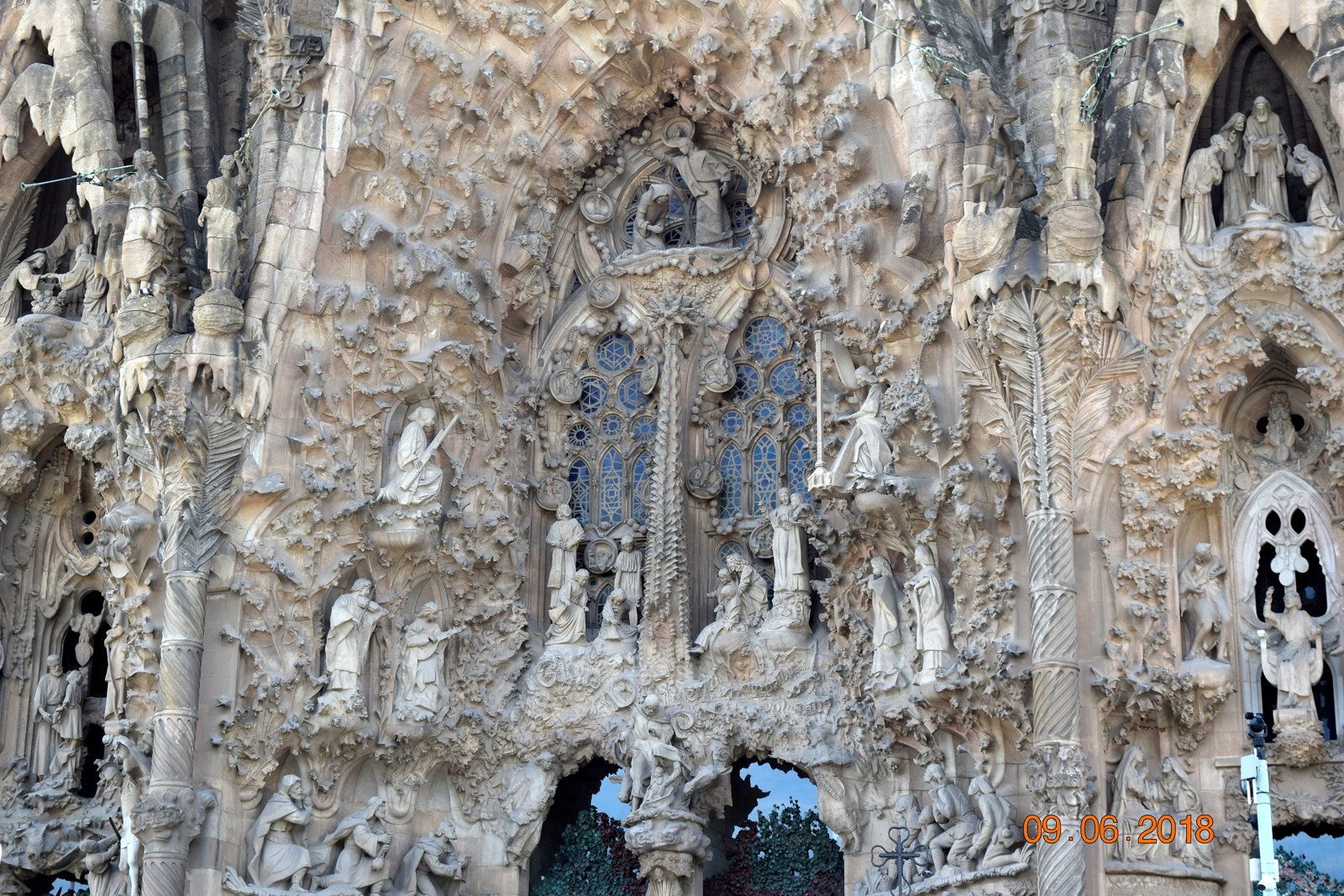 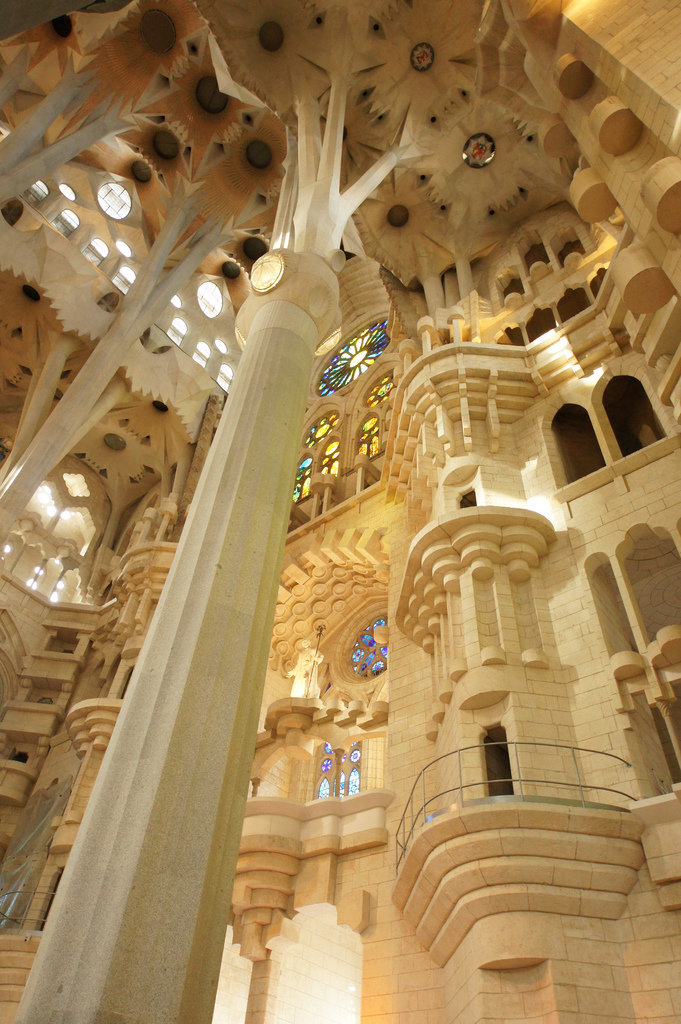 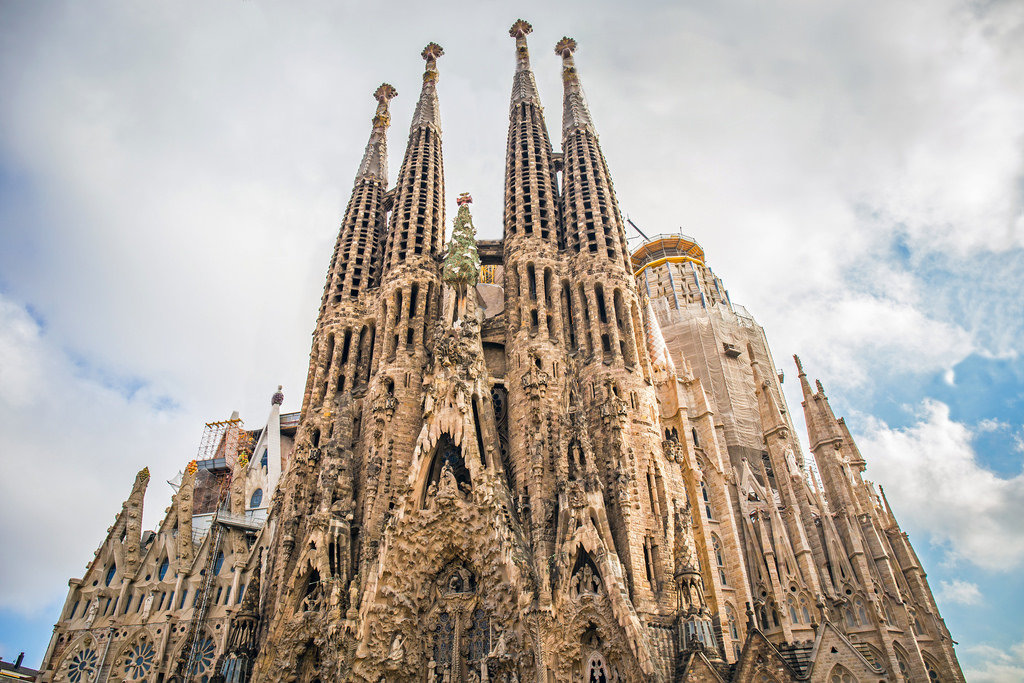 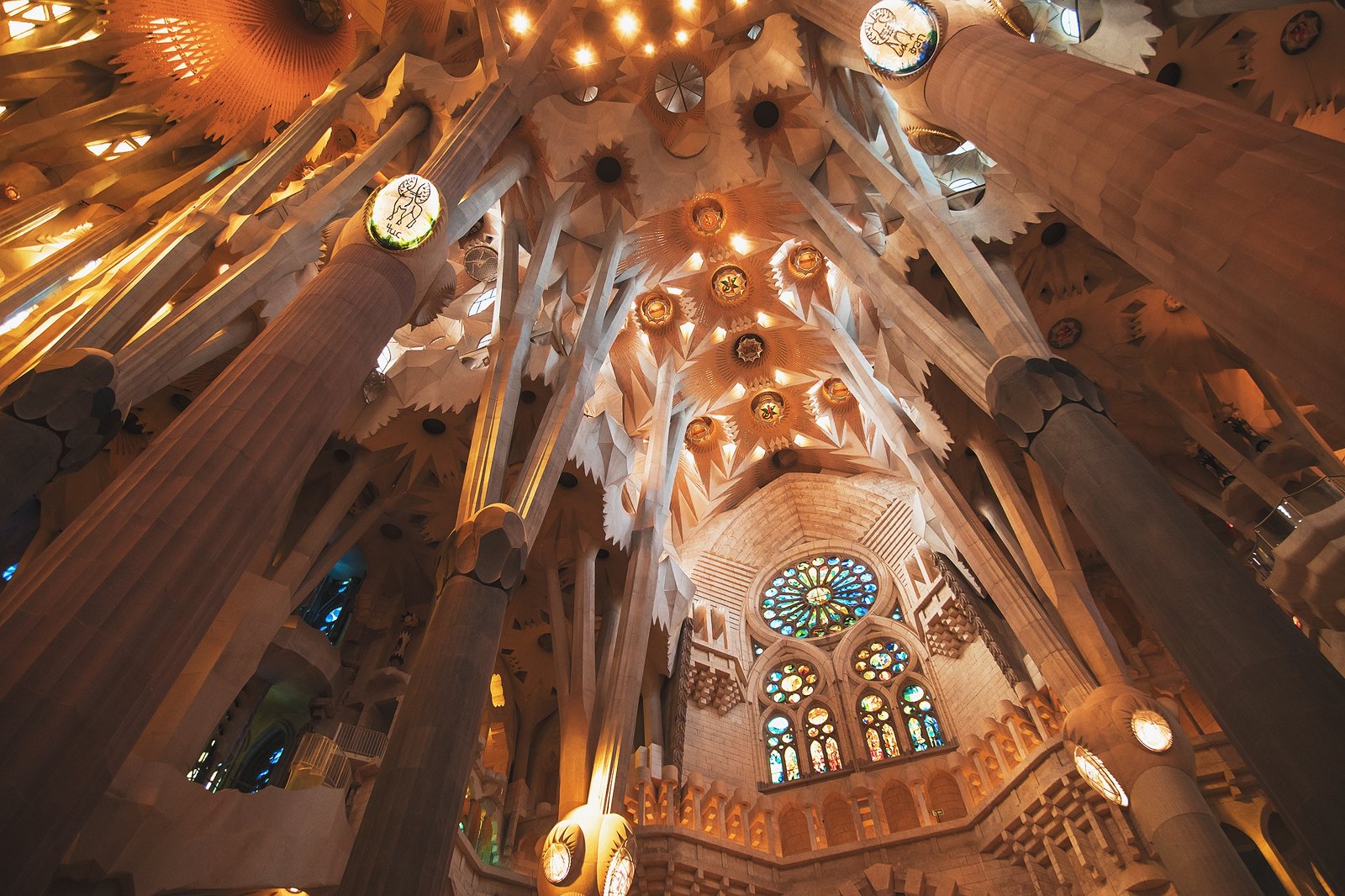 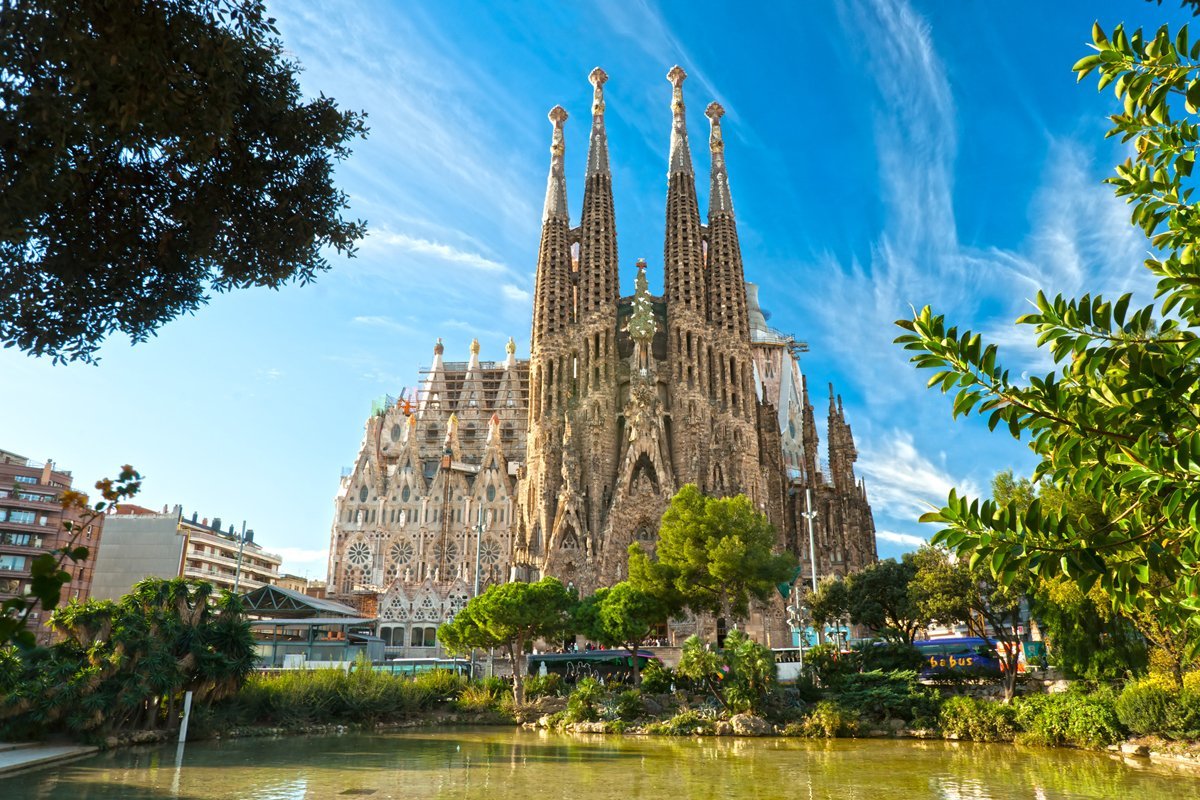 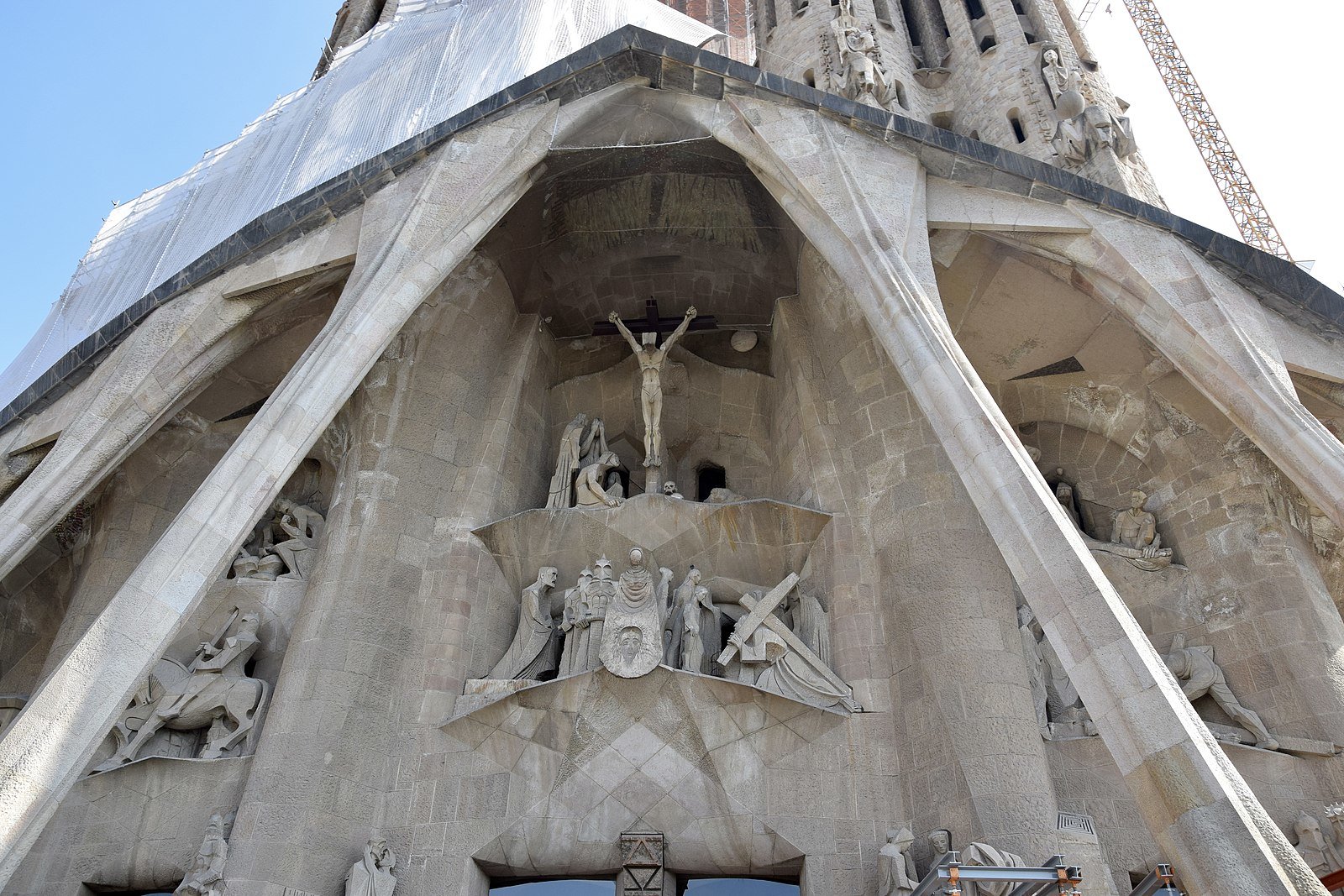 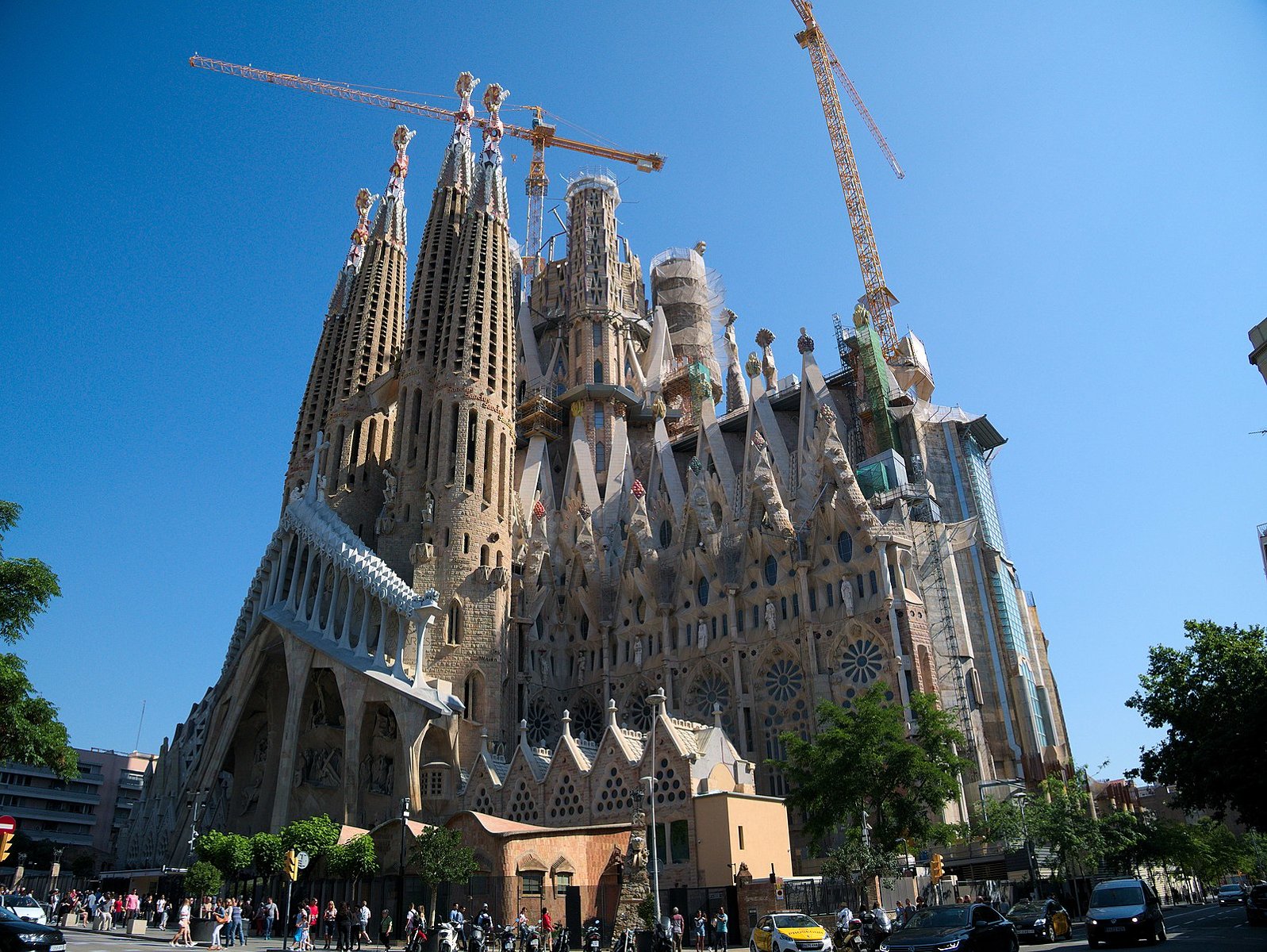 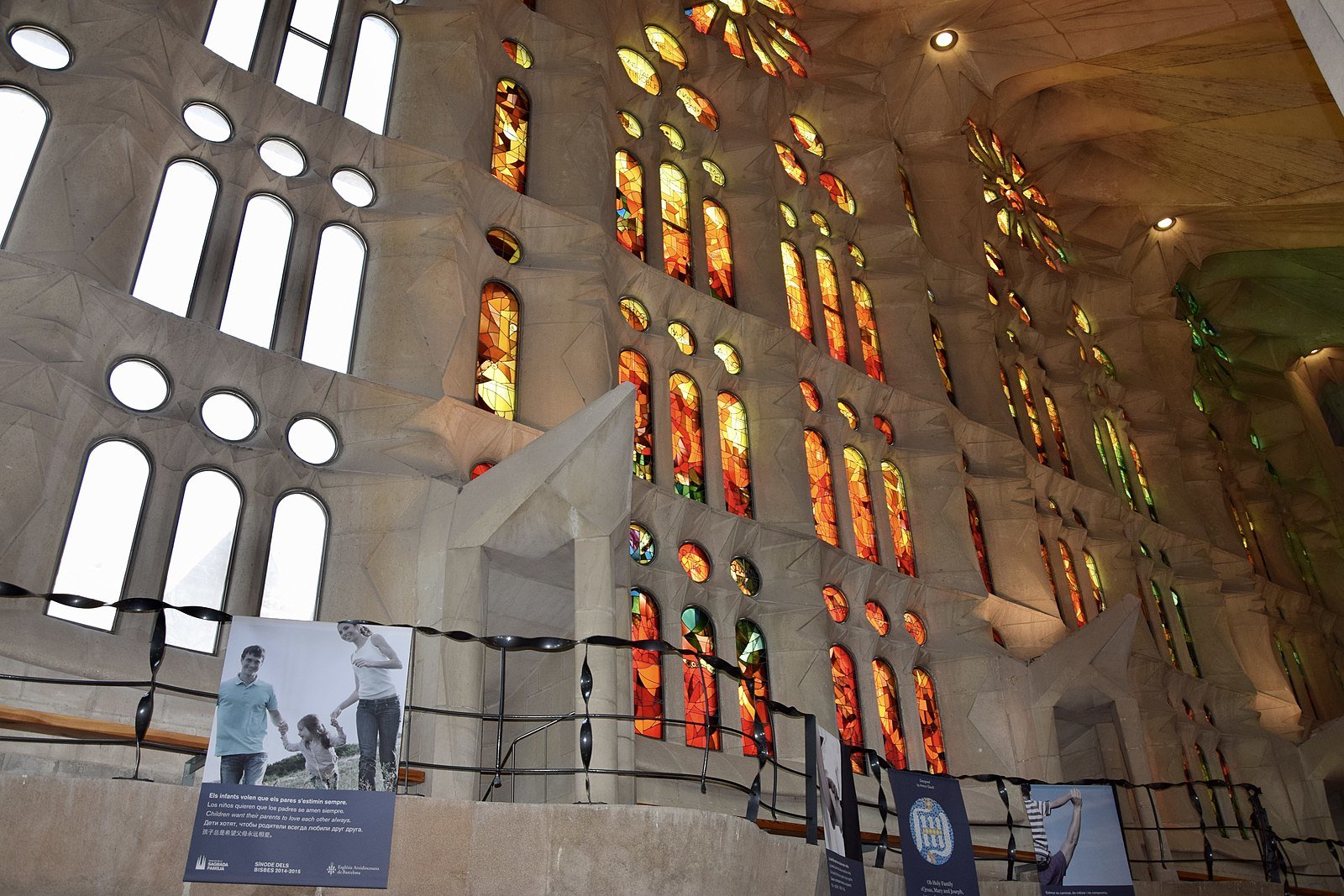 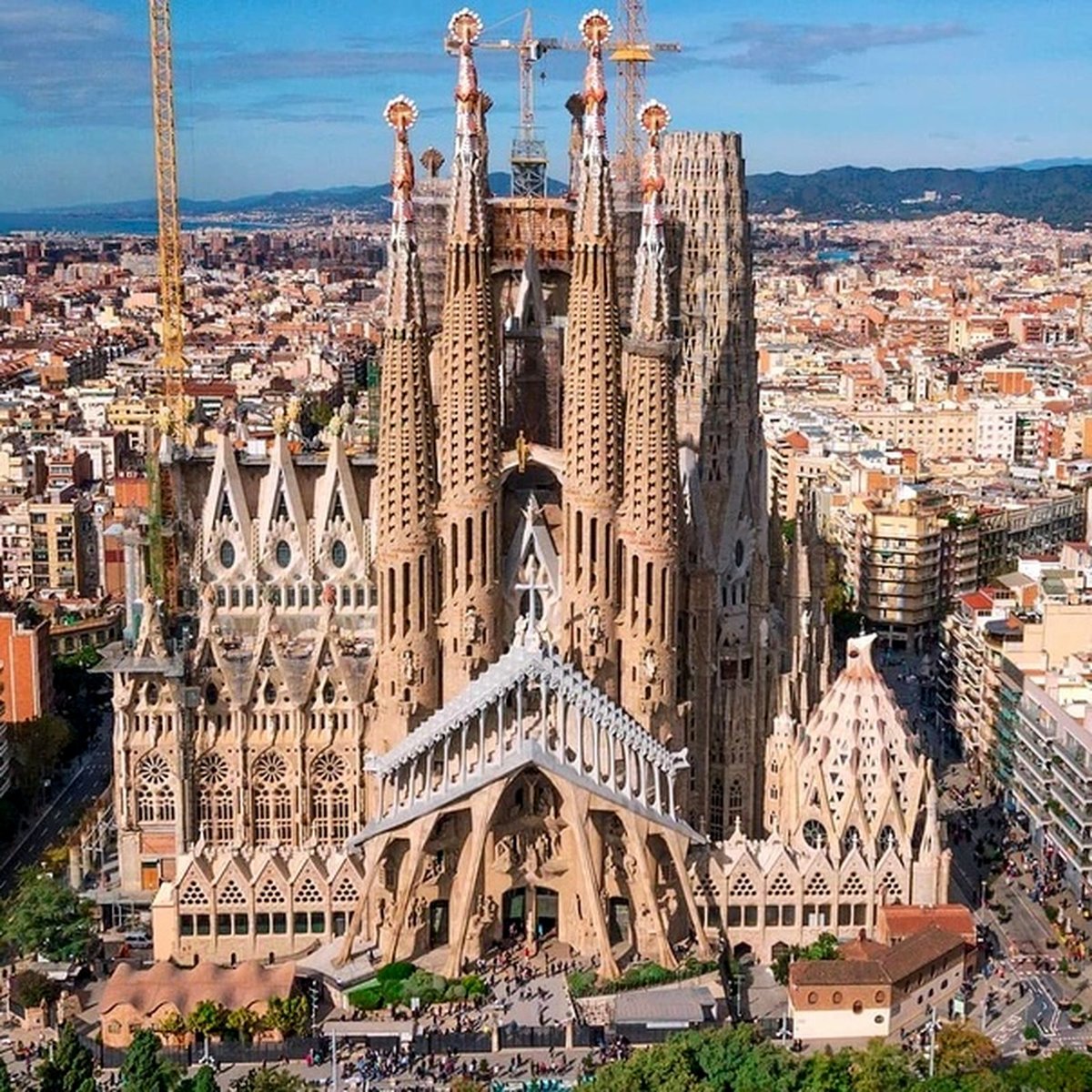 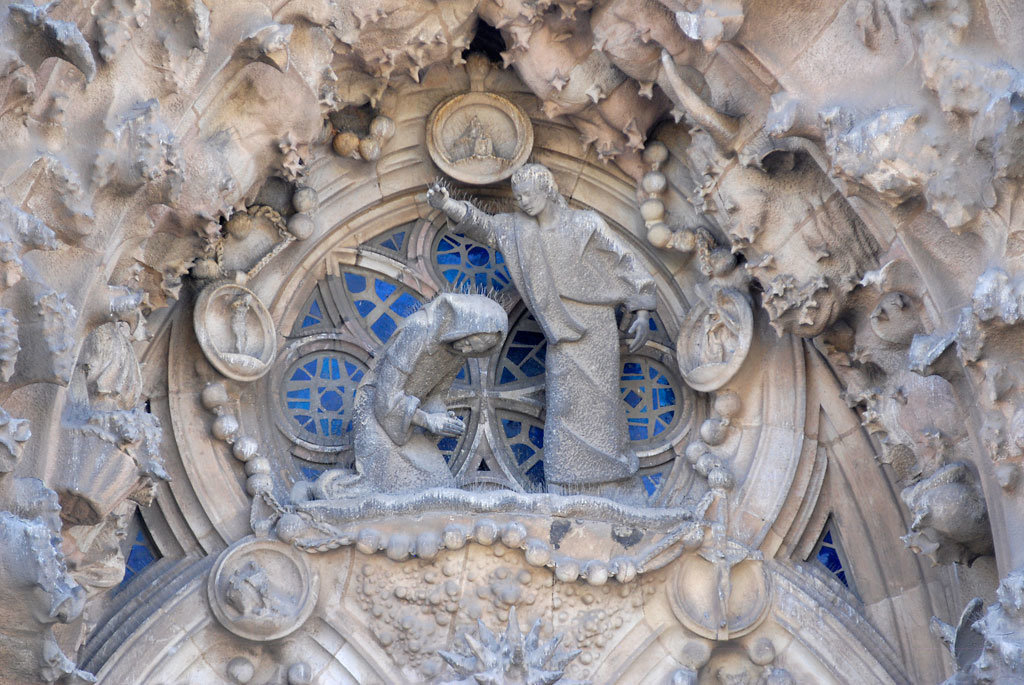 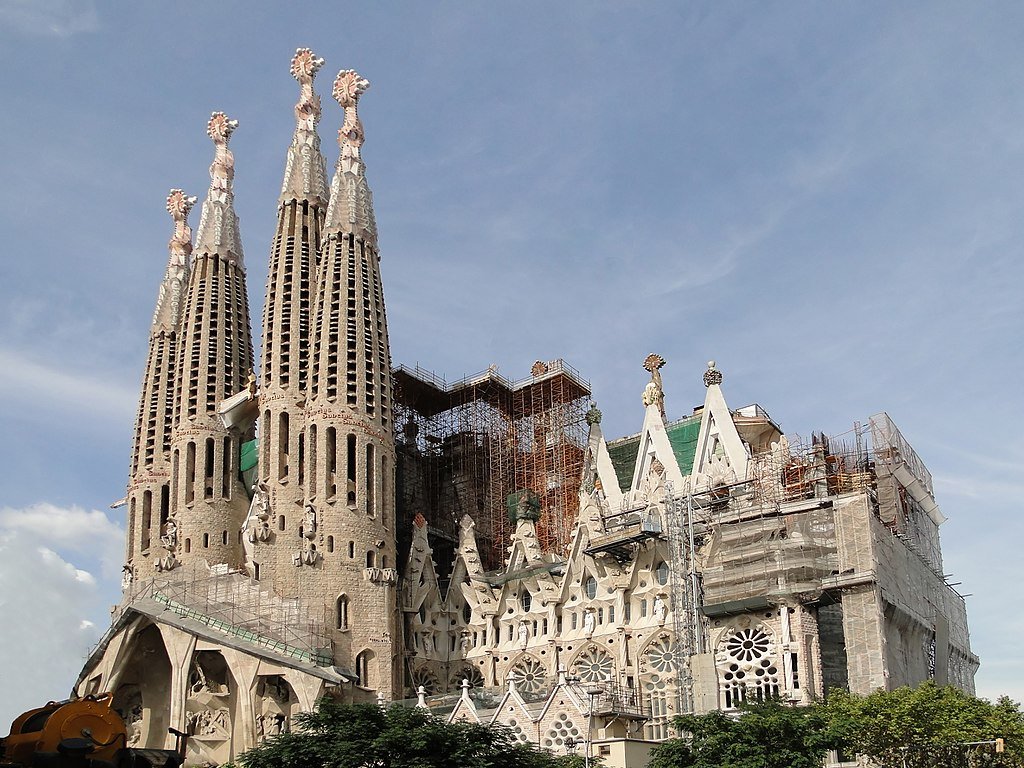 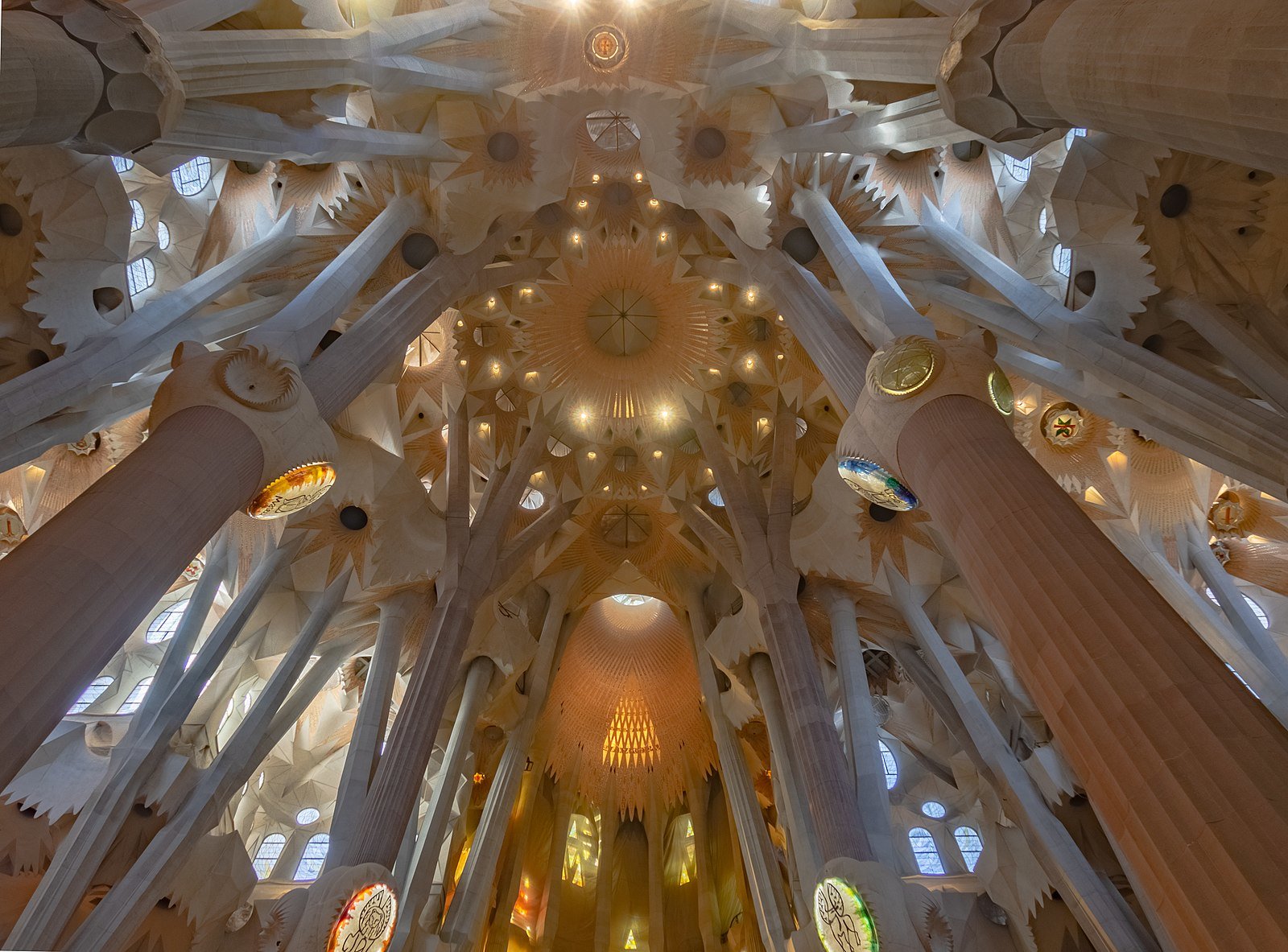 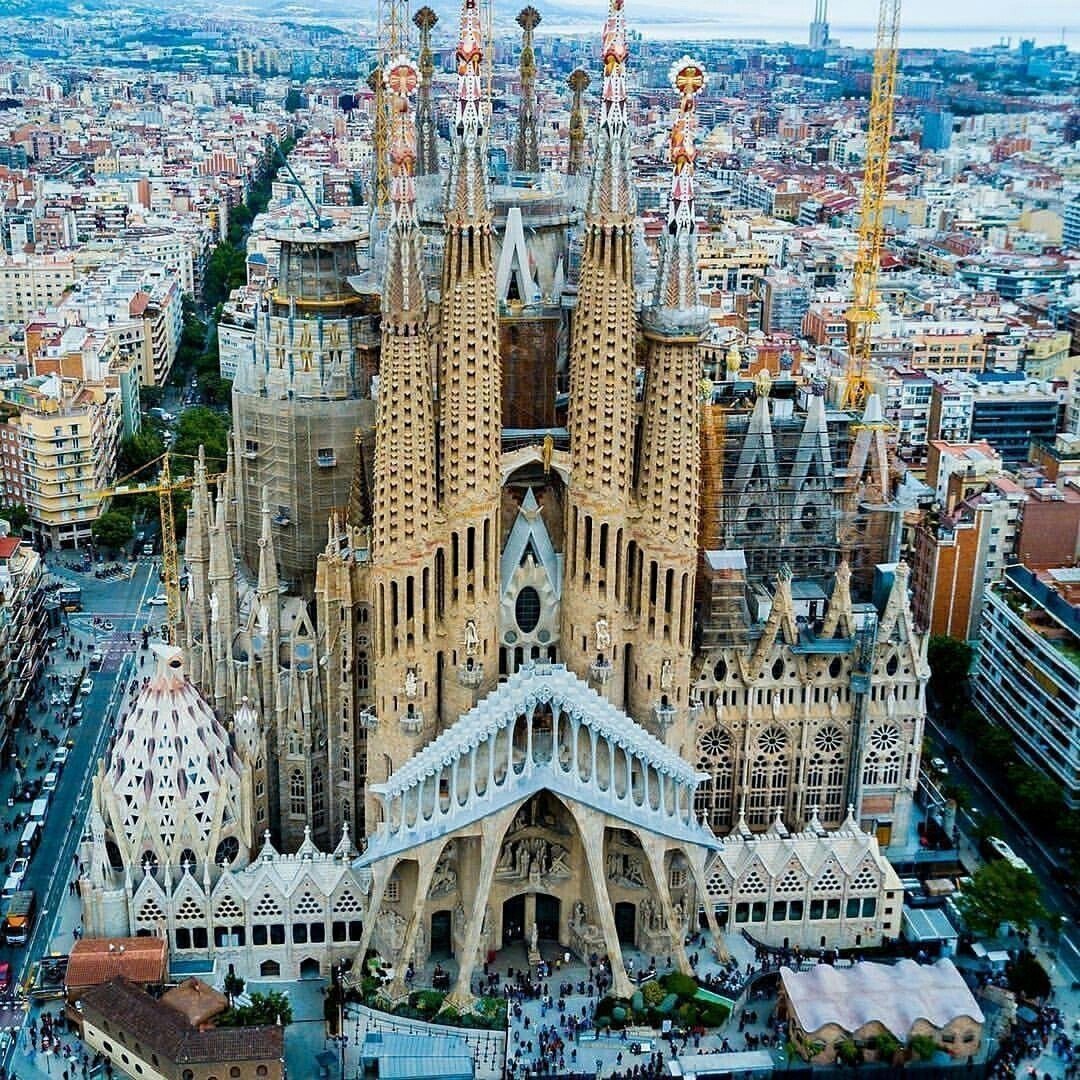 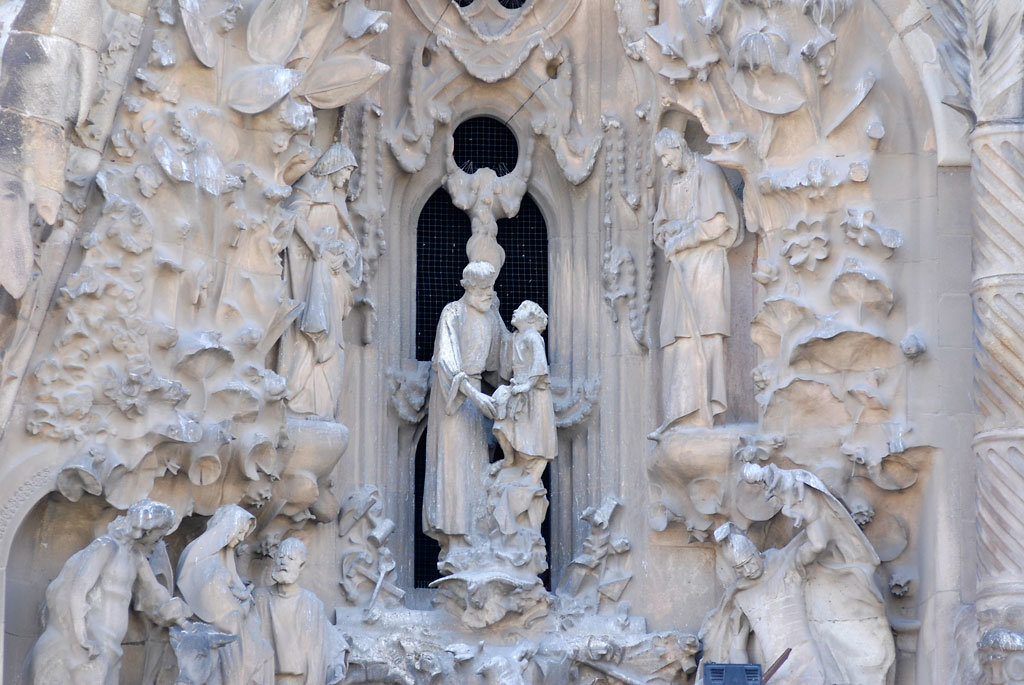 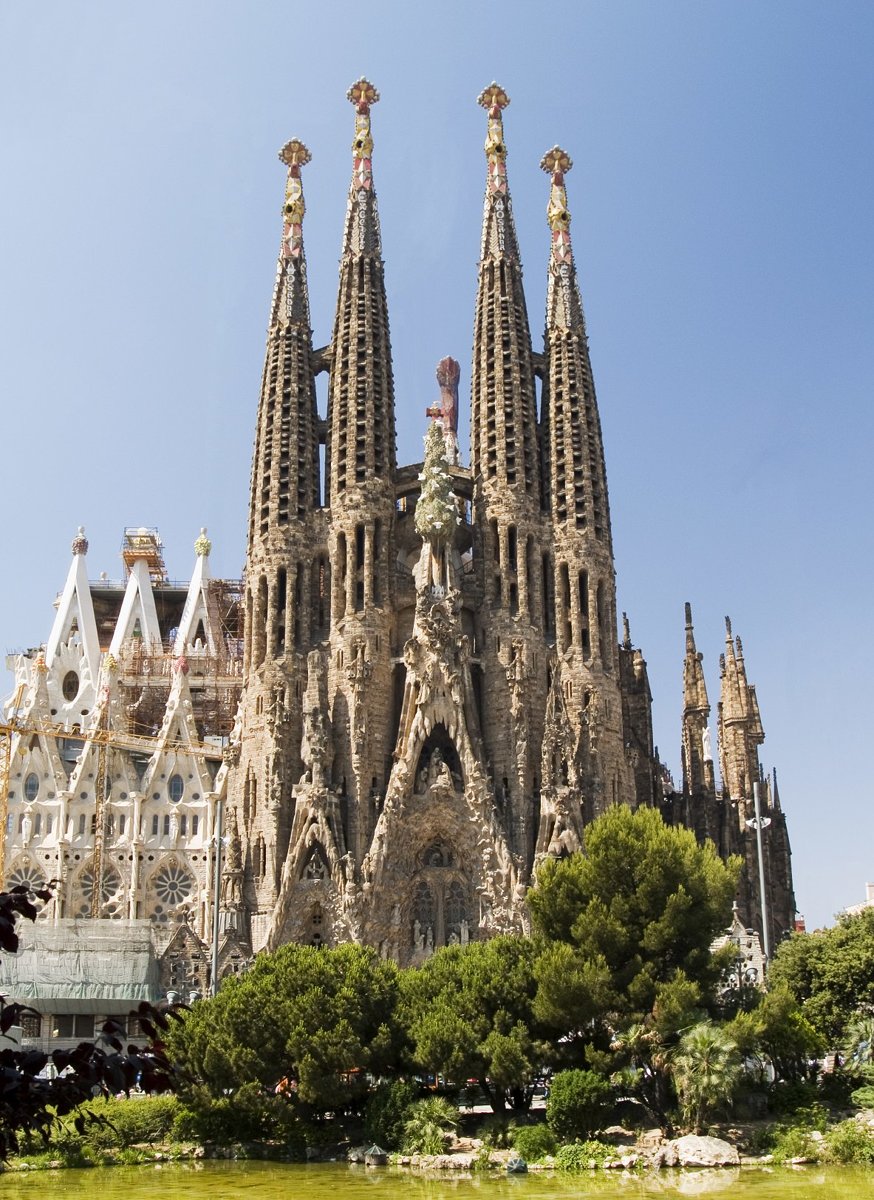 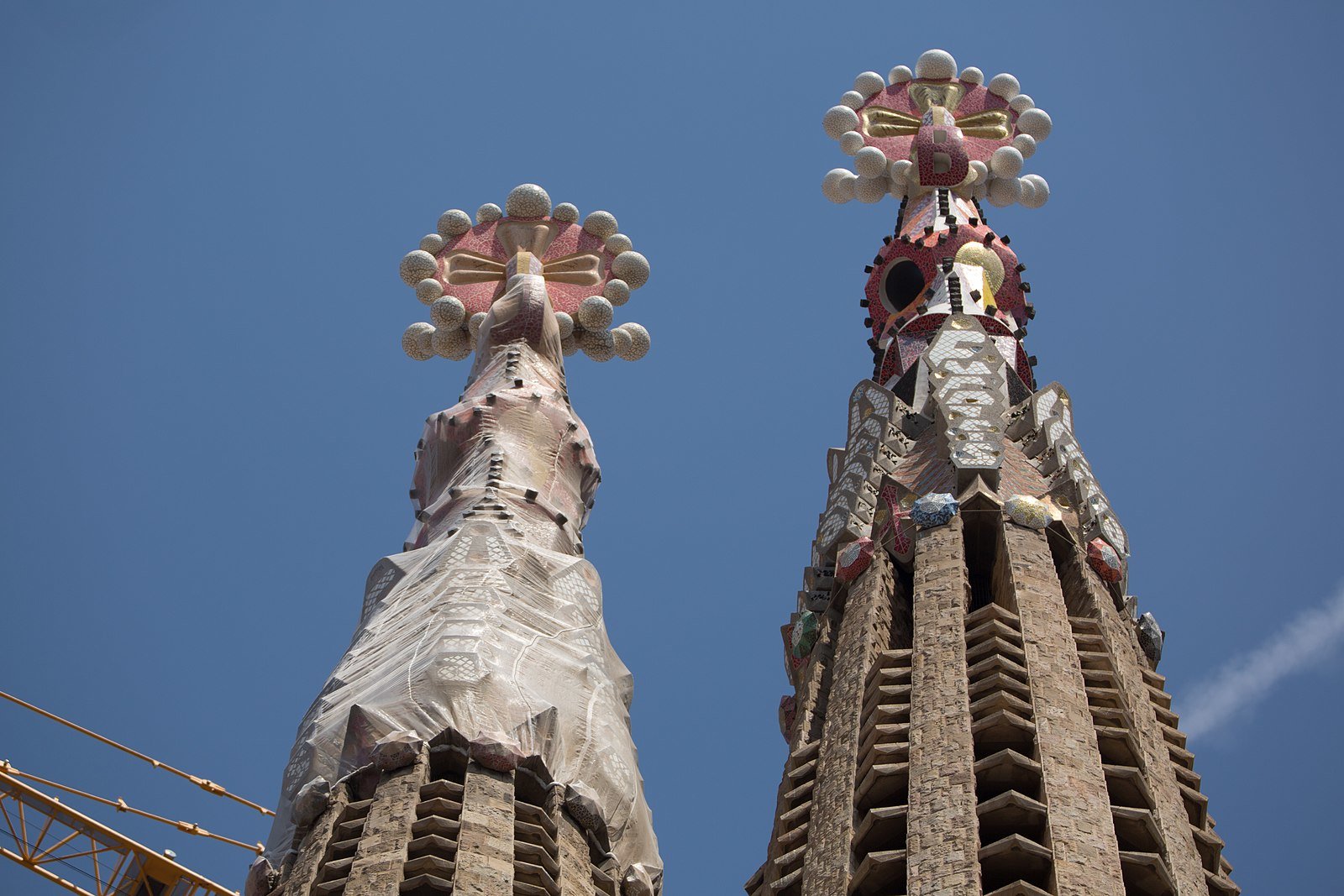 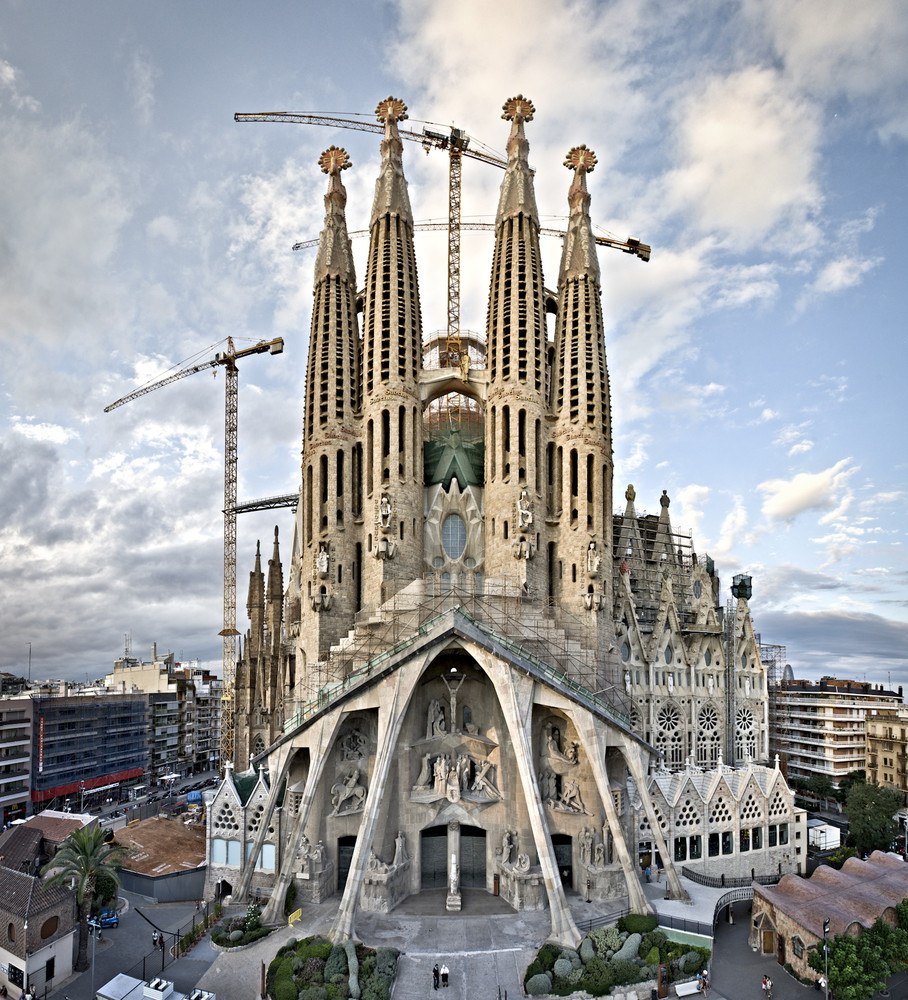 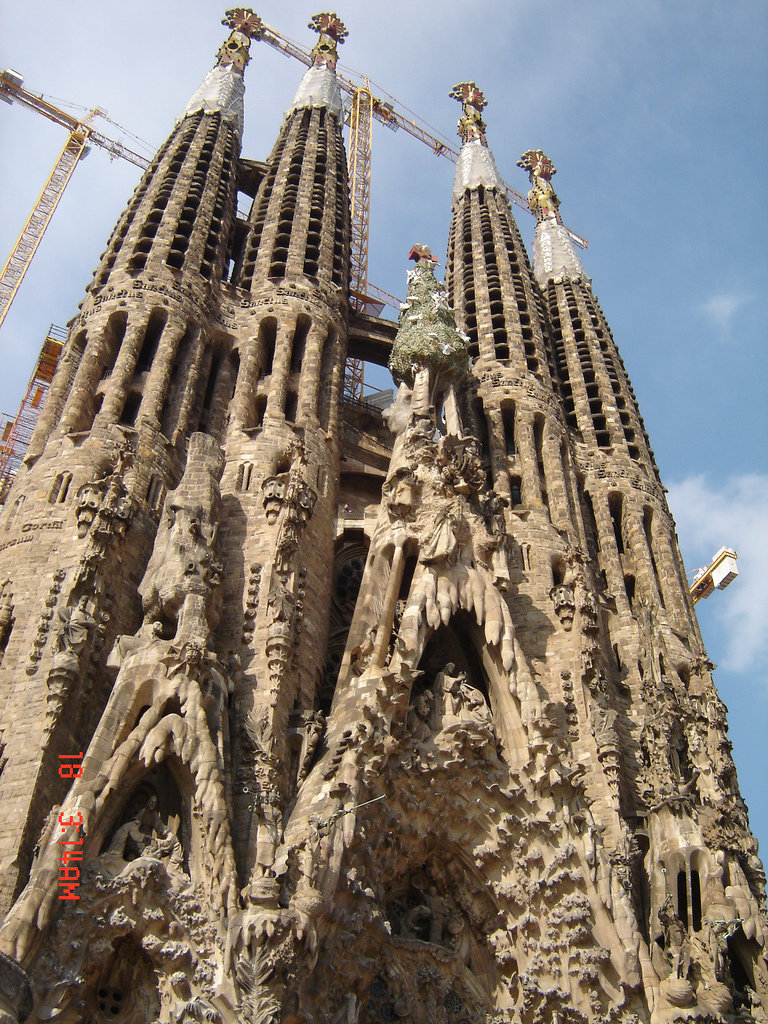 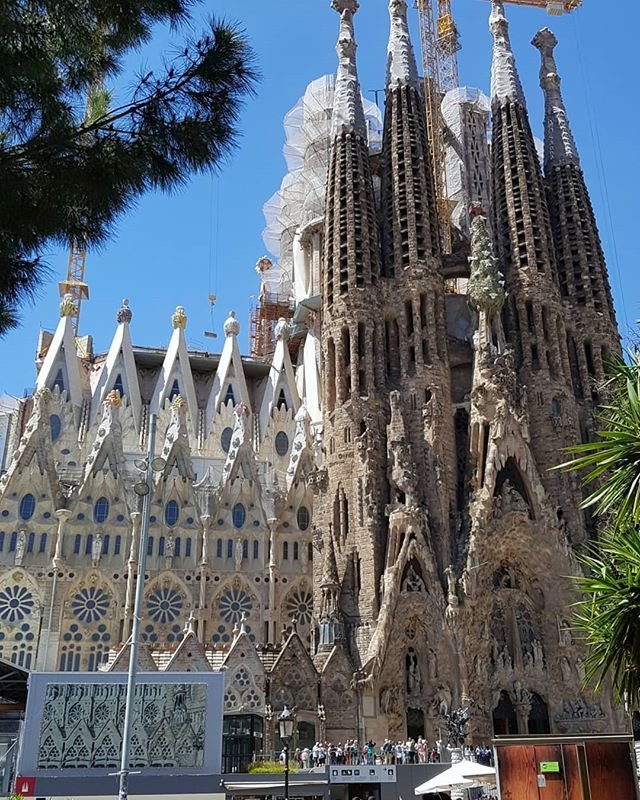 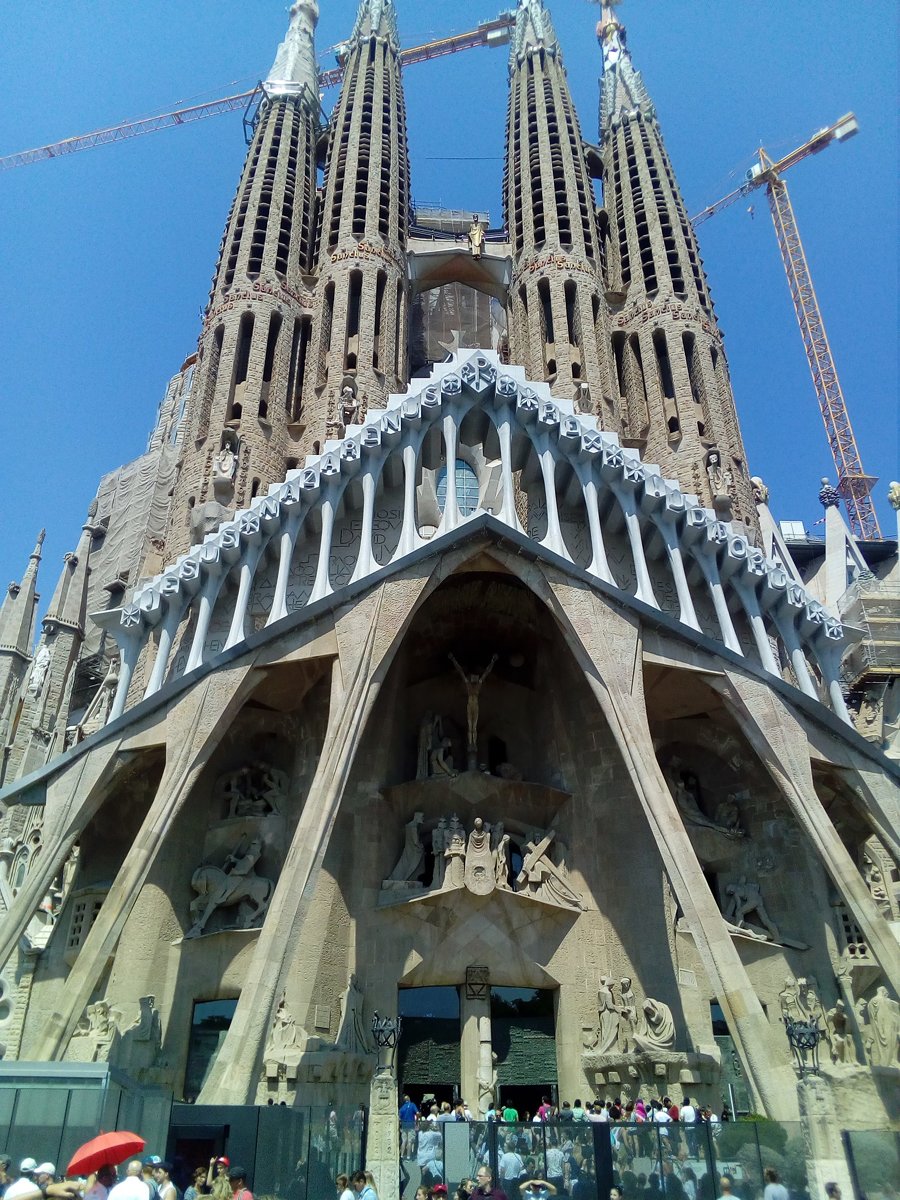