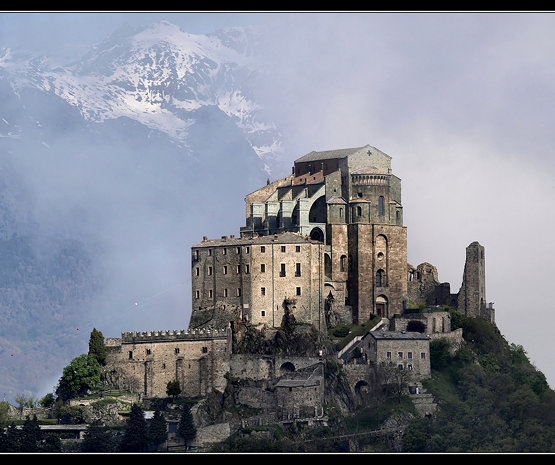 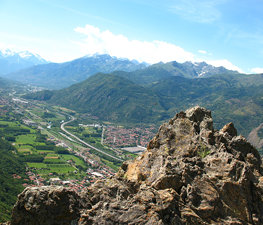 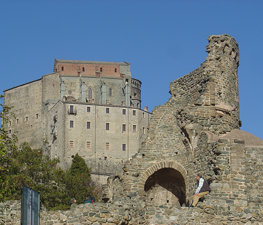 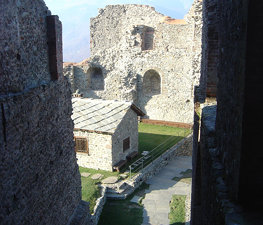 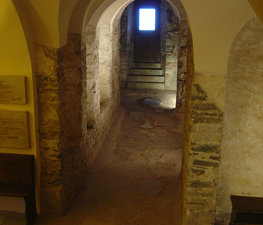 The Sacra di San Michele, sometimes known as Saint Michael’s Abbey, is a religious complex on Mount Pirchiriano, situated on the south side of the Val di Susa overlooking the villages of Avigliana and Chiusa di San Michele, northern Italy. The abbey, which for much of its history came under Benedictine rule, is now entrusted to the Rosminians. A special regional law acknowledges it as the "Symbolic monument of the Piedmont region".

According to some historians, in Roman times a military stronghold existed on the current location of the abbey, commanding the main road leading to Gaul from Italy. Later, after the fall of the Western Roman Empire, the Lombards built a fortress here against the Frankish invasions.

Little is known of the early years of the abbey. The oldest extant account is that of a monk, William, who lived here in the late 11th century and wrote a Chronicon Coenobii Sancti Michaelis de Clusa. He sets the foundation of the abbey in 966, but, in another passage, the same monk maintains that the construction began under the pontificate of Sylvester II (999-1003).

What is certain is that what is now the crypt was built in the late 10th century, as attested by the Byzantine influence in the niches, columns and arches. According to tradition, this building was constructed by the hermit Saint Giovanni Vincenzo at the behest of the archangel Michael to whom he was particularly devoted; and the building materials which the hermit had collected were transported miraculously to the top of the mountain. In addition, it is noted that the cult of St. Michael, the archangel who warred with Lucifer, typically bases it churches on pinnacles or hard to reach places, for example, Mont Saint Michel in France.

In the following years a small edifice was added, which could house a small community of monks and some pilgrims.

Later the abbey developed under the Benedictine rule, with the construction of a separate building with guest-rooms for pilgrims following the popular Via Francigena and of a church-monastery (1015-1035), probably on the remains of the ancient Roman castrum.

Abbot Ermengardo (1099-1131) had a new large, 26 m-high basement built from the foot of the hill to its peak, on which a new church (the one still existing today) was added, including the surrounding structures.

The monastery, fell into decline and was finally suppressed in 1622 by Pope Gregory XV.

The church, whose construction lasted for many years, is characterized by the unusual position of the façade, which is at a lower level than the floor of the church’s interior.

The 41 m-high façade gives access to the Scalone del Morti ("Stairway of the Dead"), flanked by arches, niches and tombs in which, until recent times, skeletons of dead monks where visible (hence the name). At the top of the steps is the marble Porta dello Zodiaco, a masterwork of 12th century sculpture. The church itself is accessed by a Romanesque portal in grey and green stone, built in the early 11th century. The church has a nave and two aisles, and features elements from both the Gothic and Romanesque styles of architecture. On the left wall is a large fresco portraying the Annunciation (1505), while in the Old Choir is a triptych by Defendente Ferrari.

The complex includes the ruins of the 12th-15th centuries monastery, which had five floors. It ends with the Torre della Bell'Alda ("Tower of the Beautiful Alda") The so-called "Monks' Sepulchre" is probably the remains of a chapel reproducing, in its octagonal plan, the Holy Sepulchre of Jerusalem.

yage
A must-see: the view is amazing. You can even try taking a 10km bicycle ride up the mountain :-)

The Abbey of Sant'Antonio di Ranverso is a religious complex in

The Palazzina di caccia of Stupinigi (it.: The hunting residence (or,

The Fenestrelle Fort is the biggest fort in Europe, having a surface

The Museo Egizio is a museum in Turin, Italy, specialising in Egyptian

The Palazzo Carignano (Carignan Palace) is a historical building in 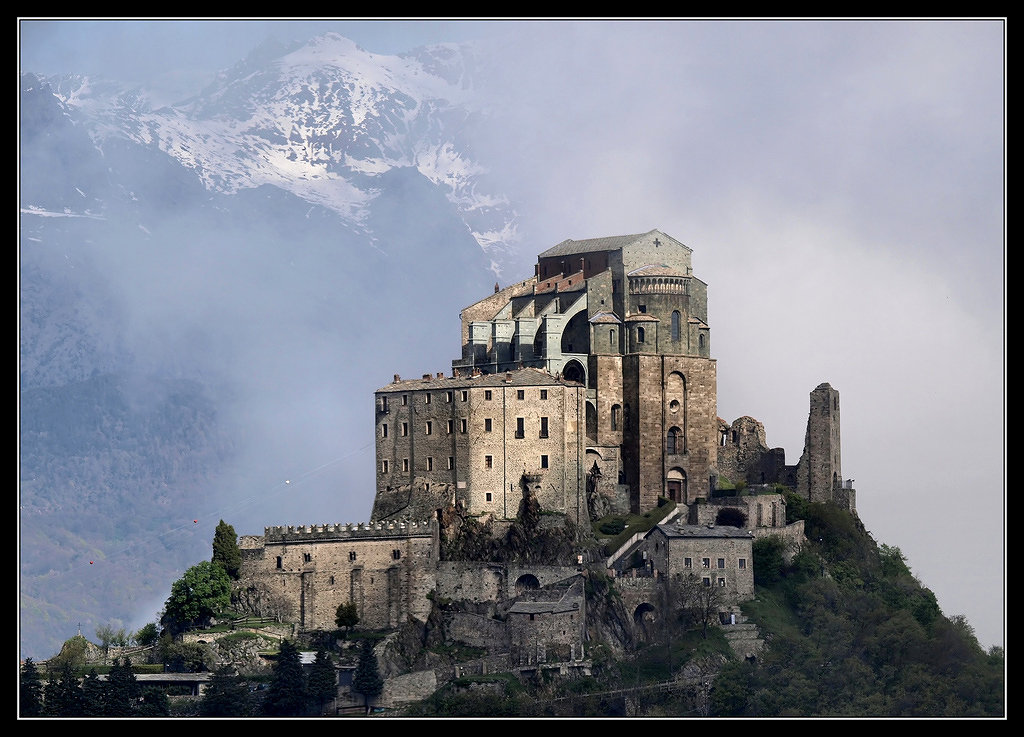 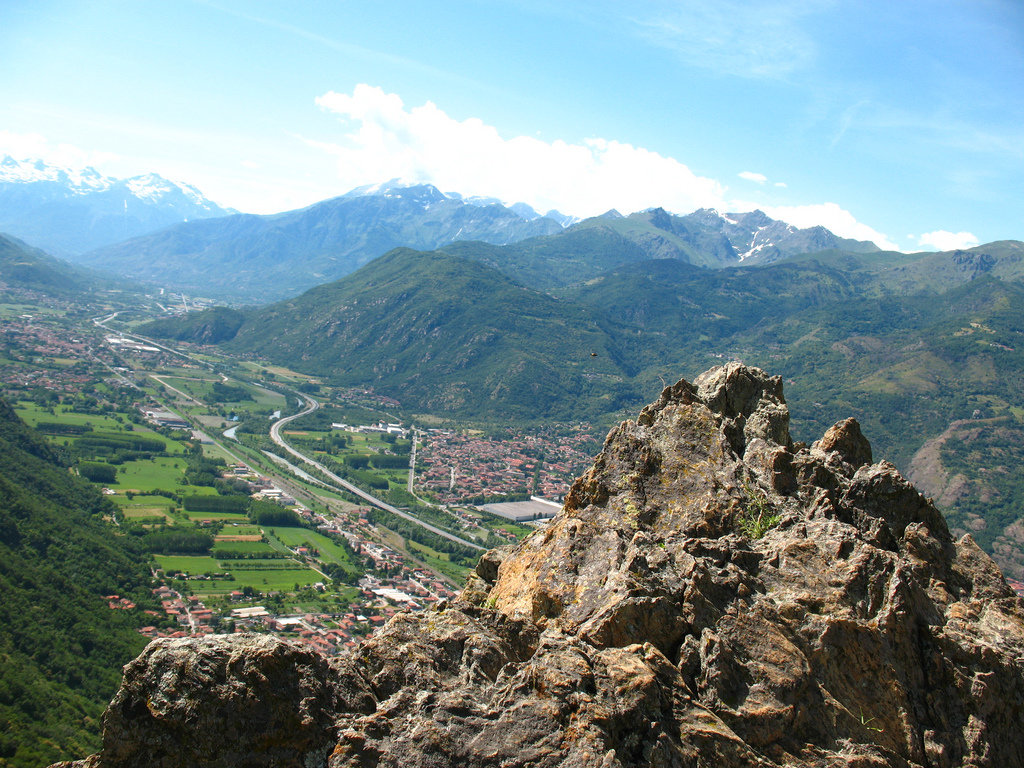 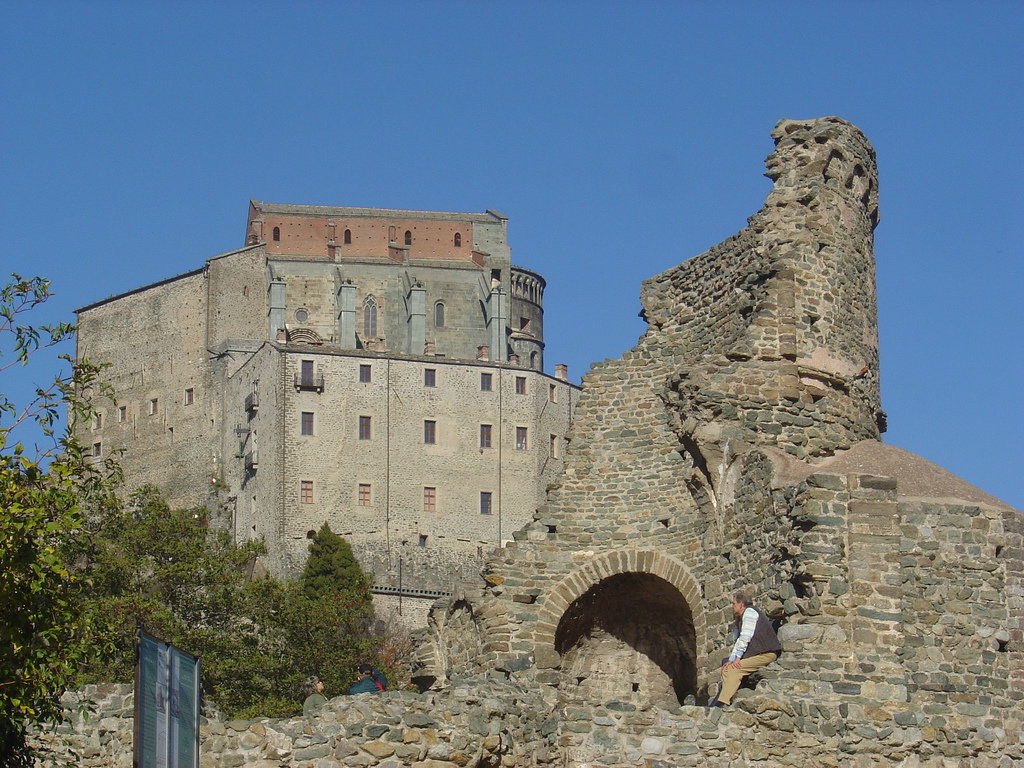 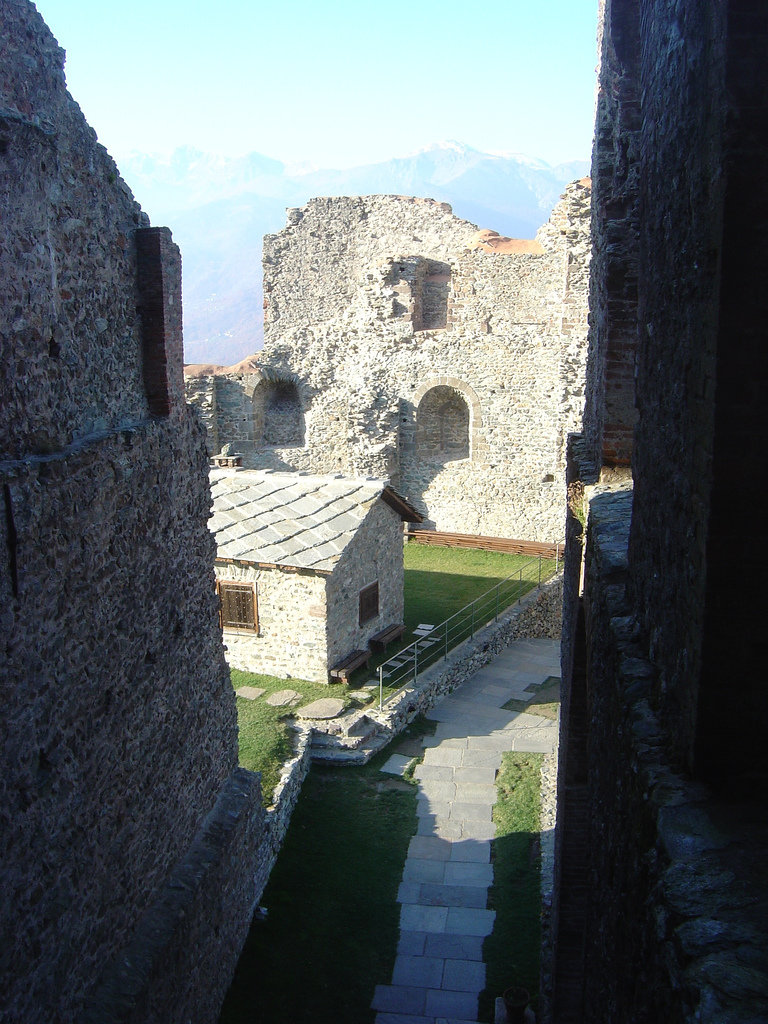 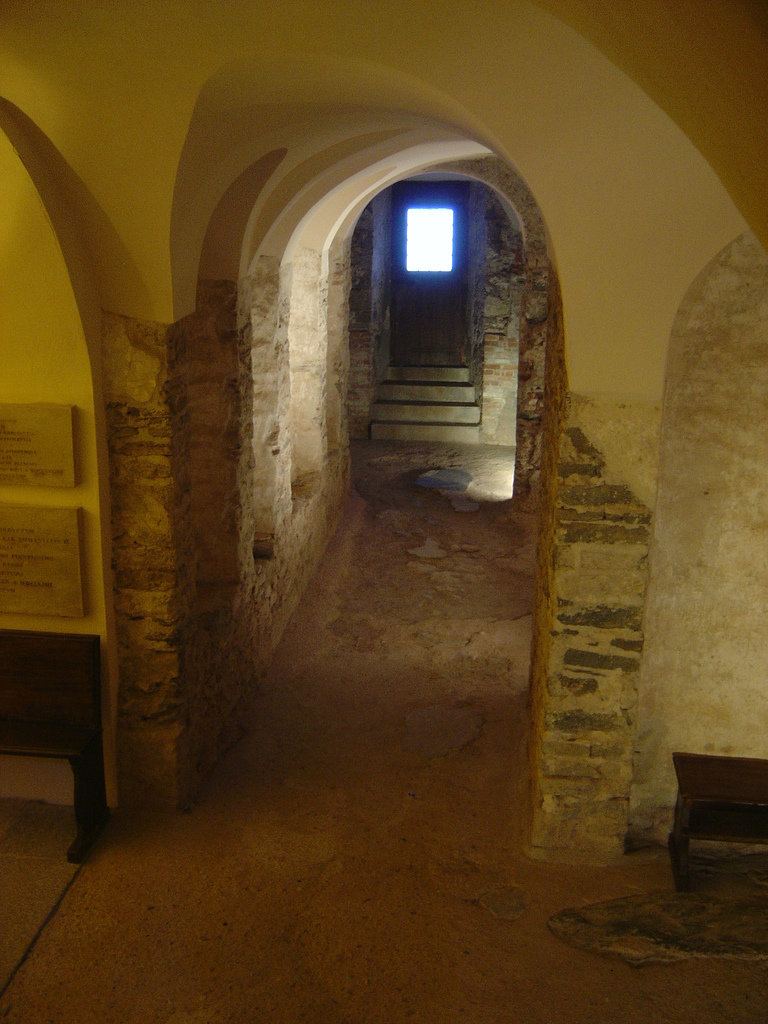 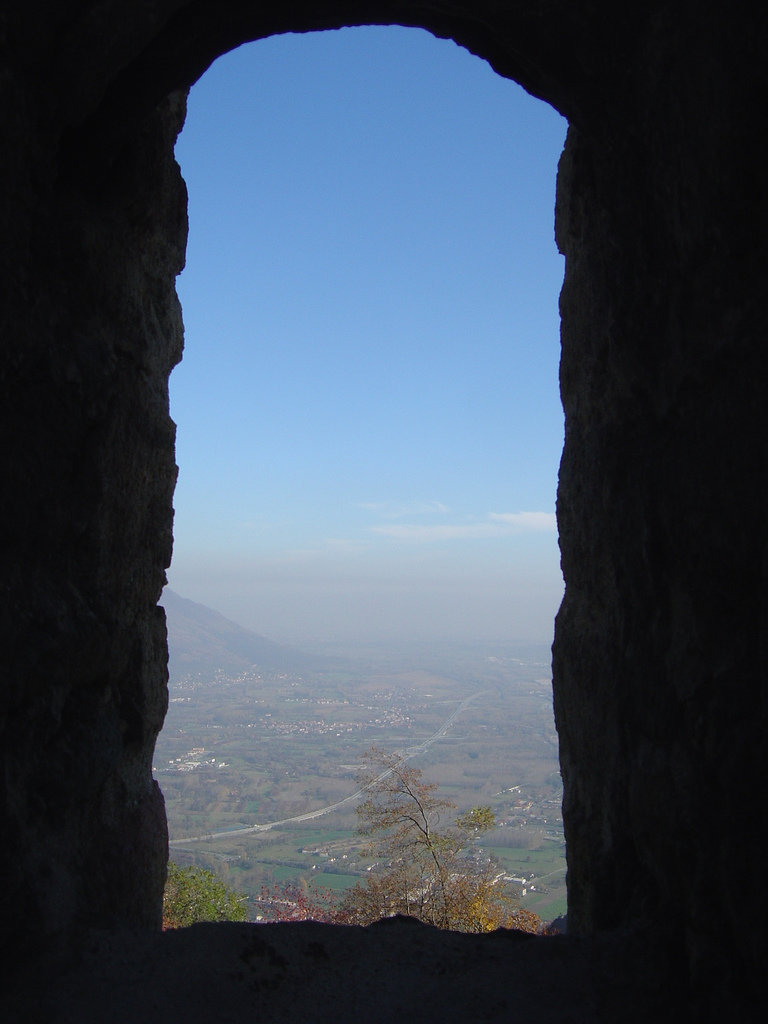 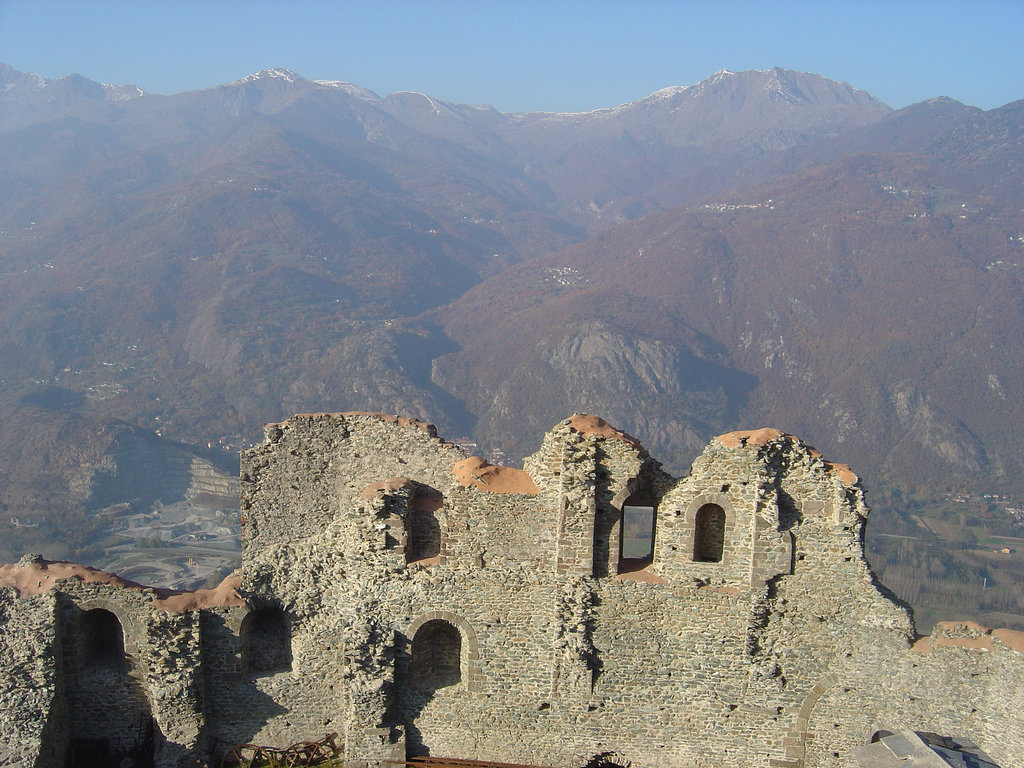 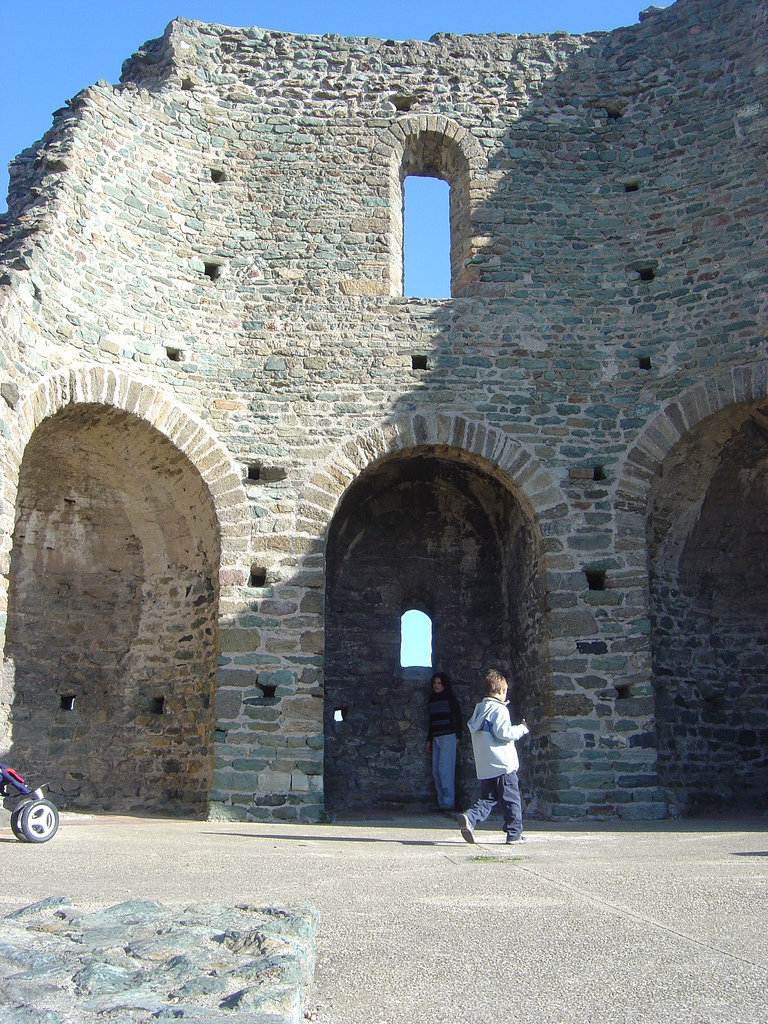 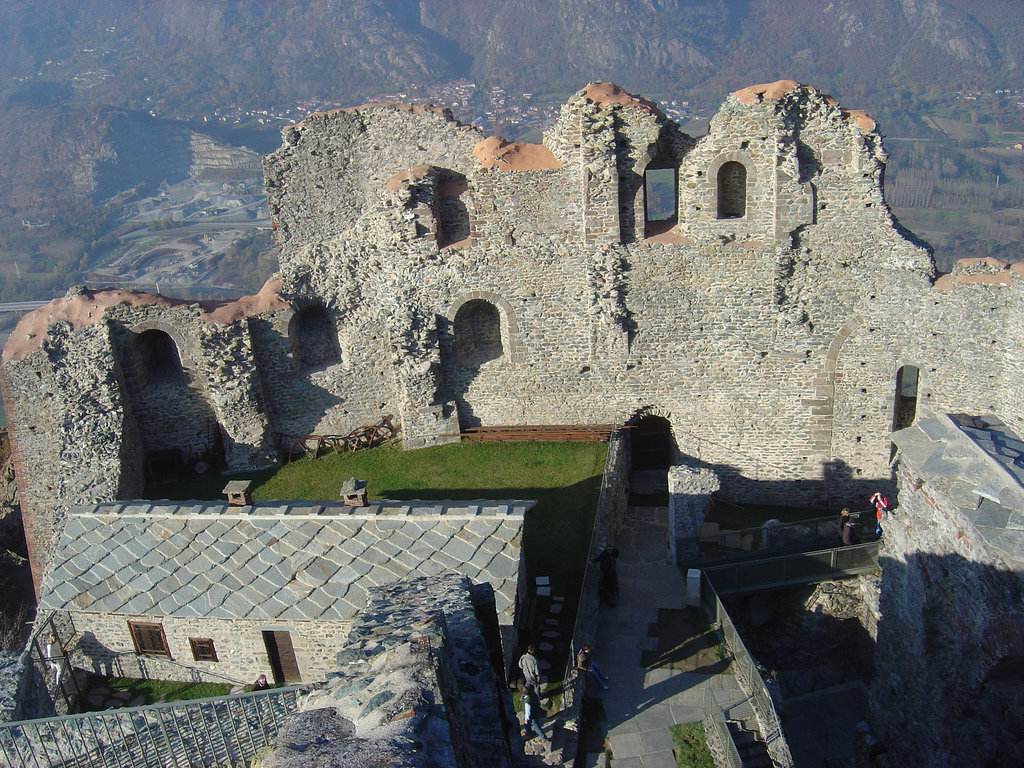 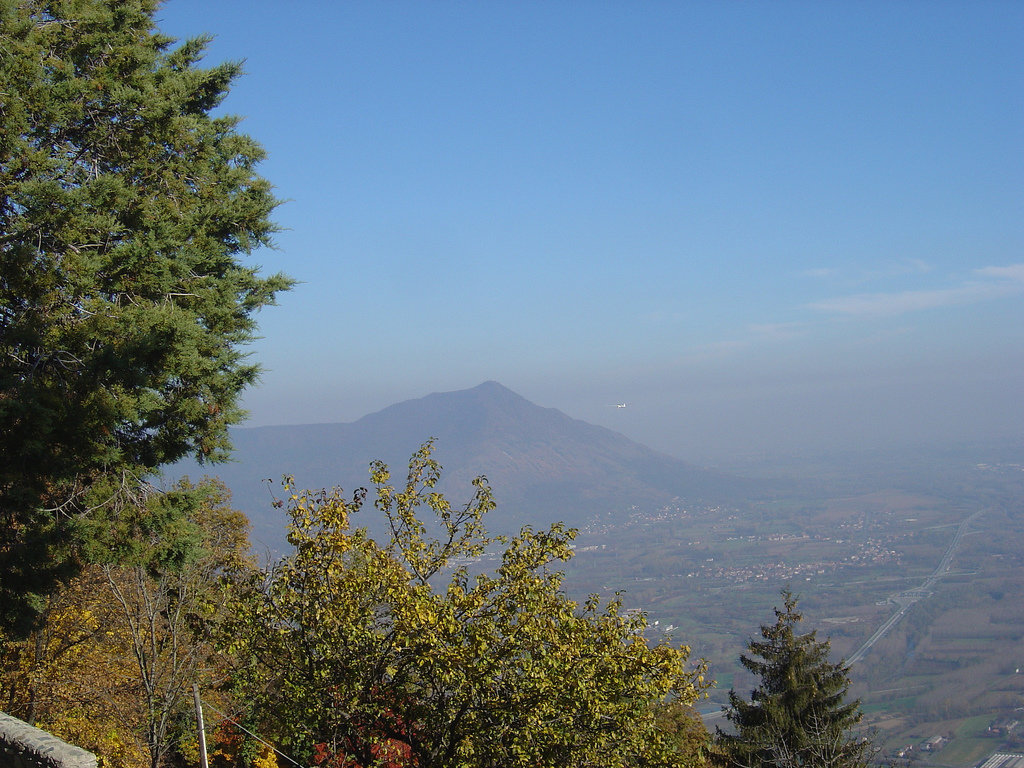 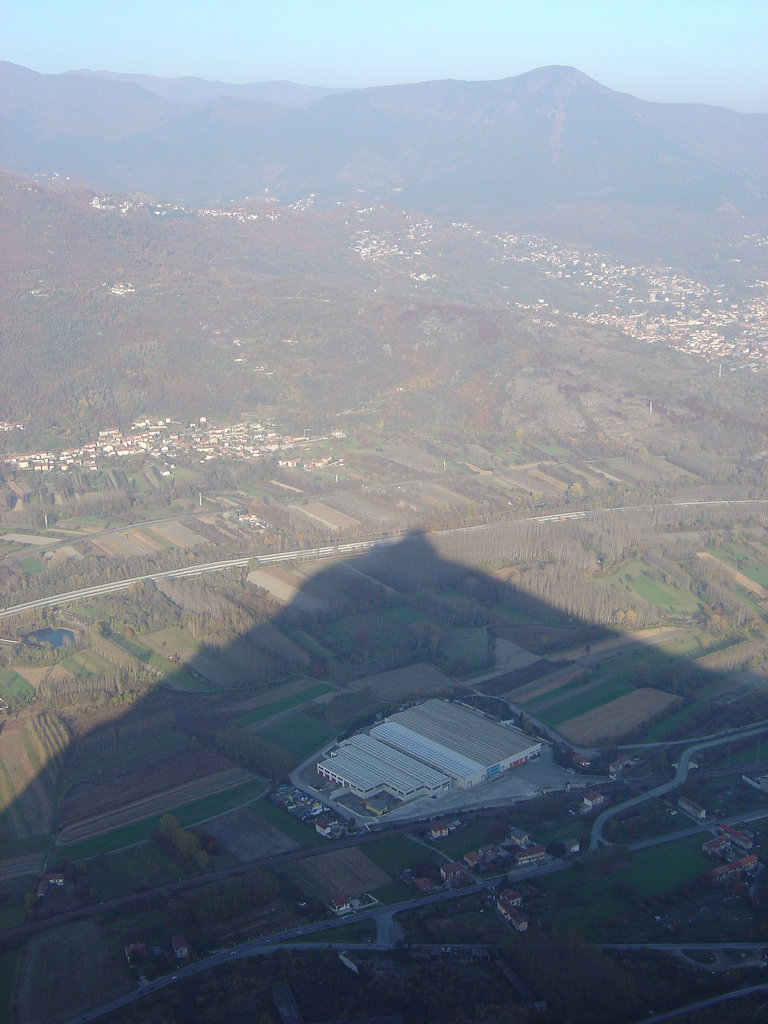 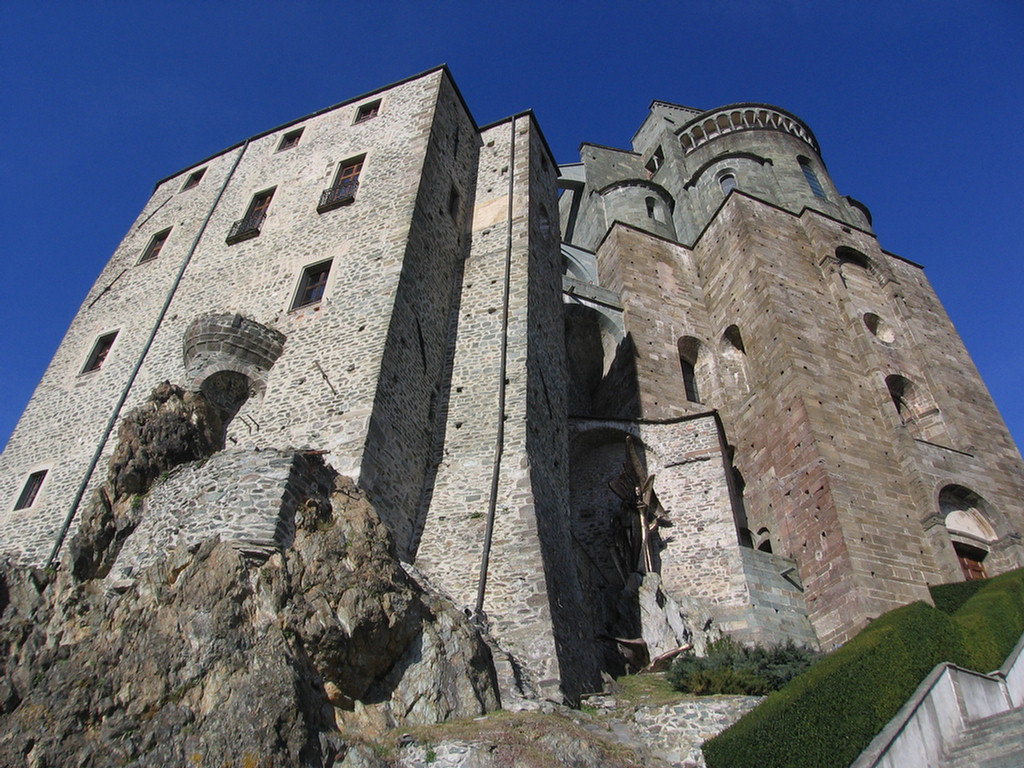 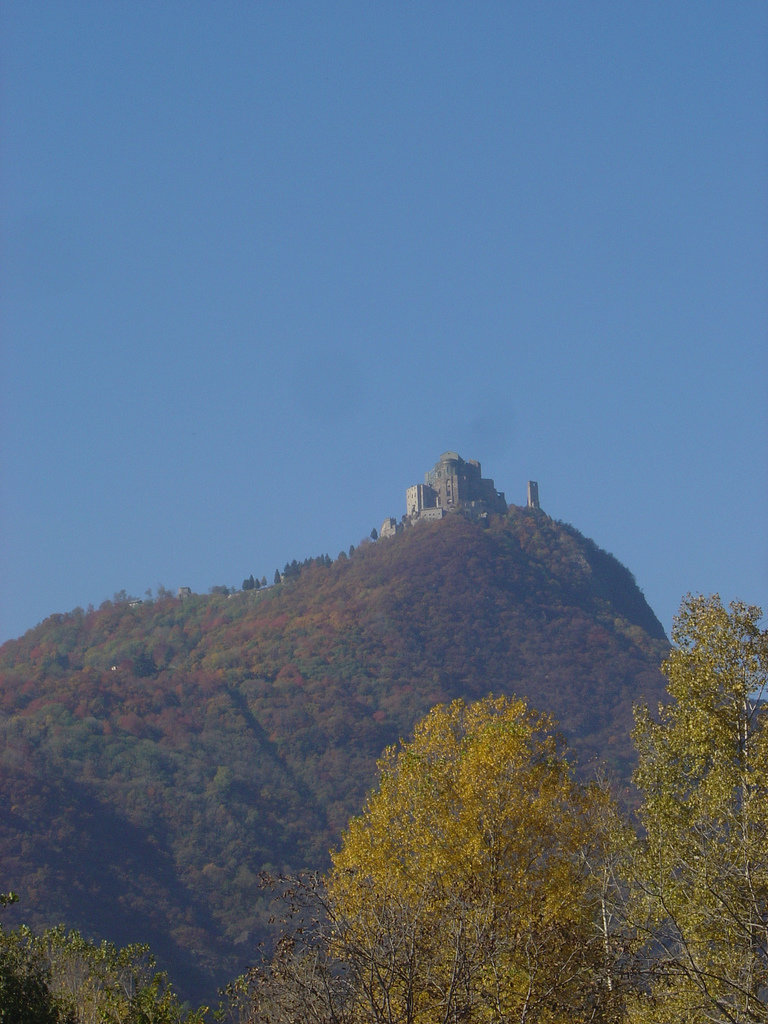 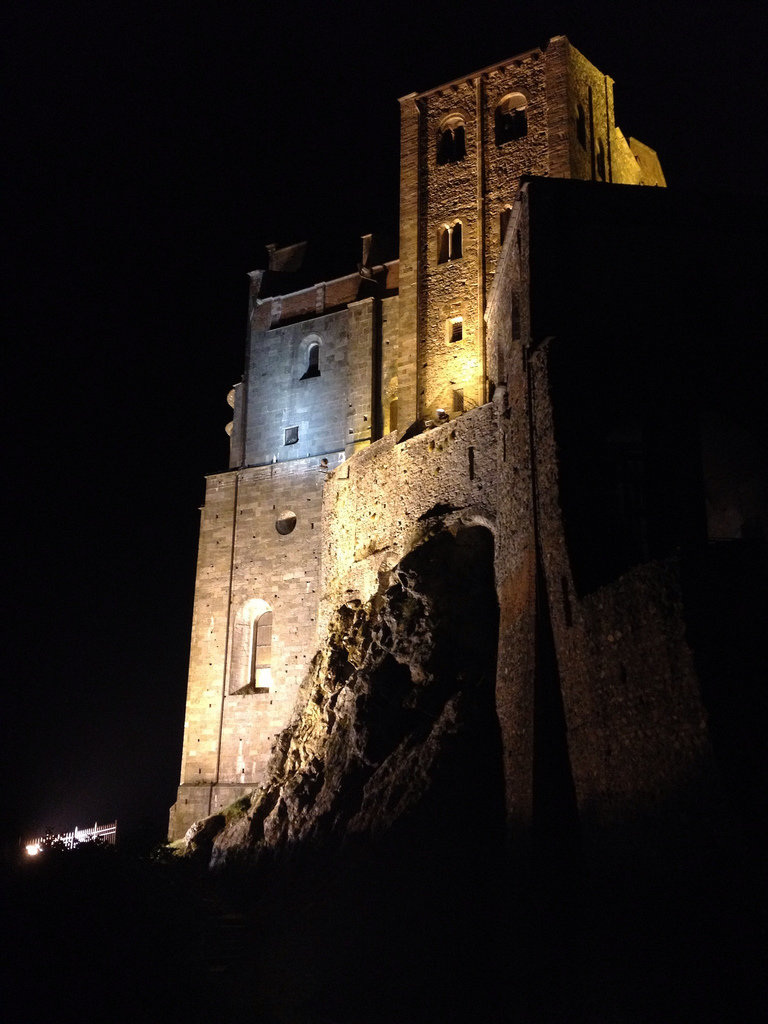 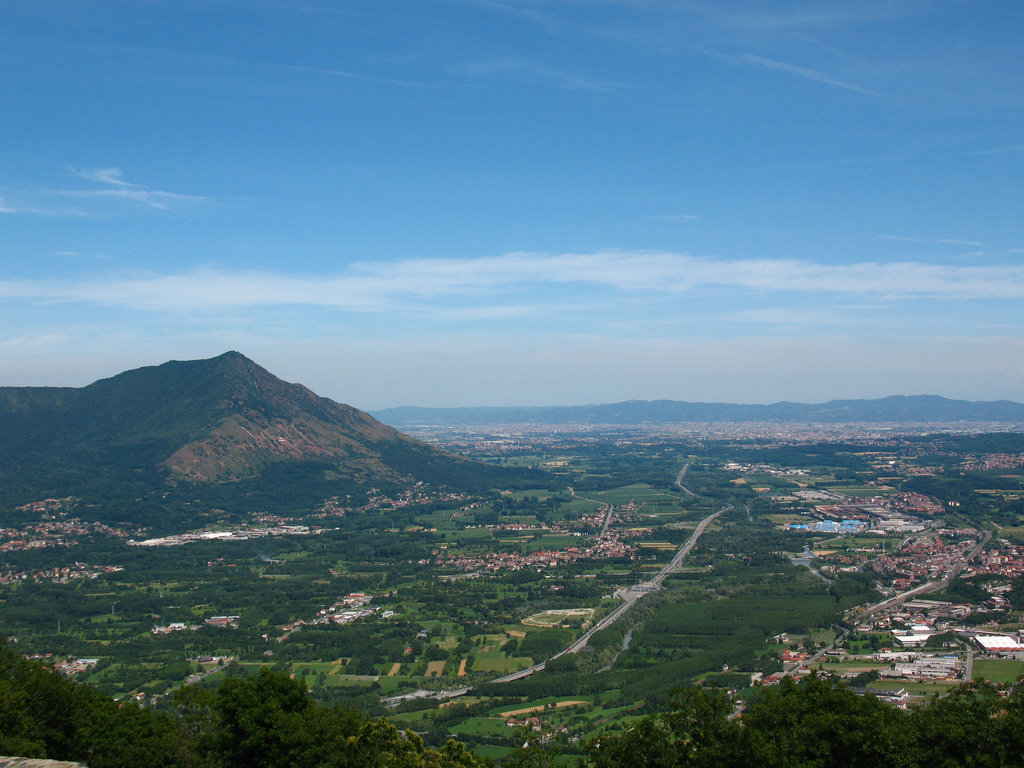