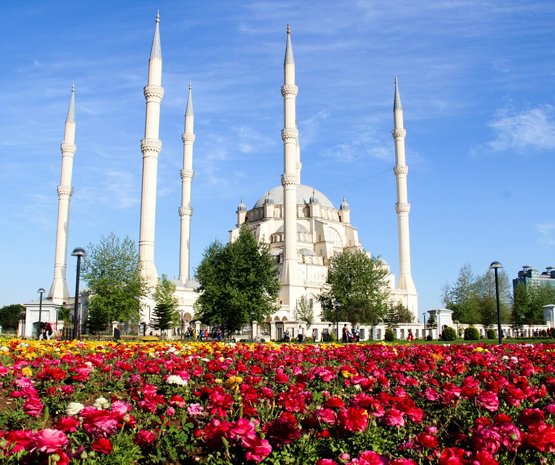 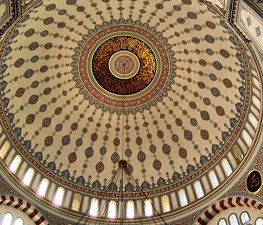 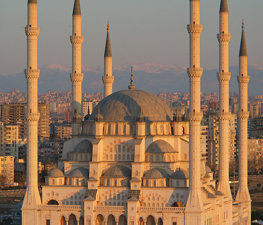 Sabancı Merkez Camii (English: Sabancı Central Mosque) in Adana is the largest mosque in Turkey.. The exterior of the mosque is similar to the Sultan Ahmed Mosque (Blue mosque) in Istanbul while the interior decoration is similar to the Selimiye Mosque in Edirne.

Sabanci Central Mosque was built jointly by Turkish Religious Foundation and Sabanci Foundation. The proprietorship of the mosque belongs to Adana Religious Affairs Foundation and its usage rights have been transferred to Adana Provincial Office of Mufti.

Sabanci Central Mosque is built on the intersection of the main arteries, railway lines and roads that connect Adana to the surrounding cities and towns, has almost become the symbol of the city with its high minarets visible from almost anywhere in the city. The Mosque, which has a capacity to offer service to 28,500 people, is famous for being one of the biggest mosques in the Balkans and in the Middle East.

Located on the banks of Seyhan River, Sabanci Central Mosque has a majestic structure with 6 minarets. There are eight pillars carrying the main dome that has a diameter of 32 meters. The height of the main dome is 54 meters from floor level. The four minarets, which are adjacent to the main building are each 99 meters high and the other two minarets located at the semi-enclosed porch are each 75 meters high.

The Mosque has all facilities including 4 classrooms, 10 itikaf rooms, rooms of imam and muezzin, discussion rooms and the fountain.

All of the calligraphic works in the Mosque belong to the Calligrapher Huseyin Kutlu. The tile work of the Mosque has been done by using Iznik tile work technique. Four big panels facing Kiblah are the world's biggest mosque panels in size.

All painting and tile patterns in the Mosque belong to Architect Nakkas M. Semih Irtes. The niche, pulpit, platform, entrance and other doors are all made of marble and they have been designed in the style that is seen in classical Ottoman mosques and have been built by Nihat Kartal.

The minarets have been built as armoured concrete which was produced by mixing white cement and crushed stone of ivory color.

The internal and external illumination projects and inner sound system projects belong to Philips. Additionally, with the central radio system built in the minaret with elevator and realized by Aselsan, sermons are made available to 275 mosques located within an area of 60 km diameter by central broadcast system.

On the west side of the Mosque, there is a classical and a digital library as a separate annex, open for researchers and the public. 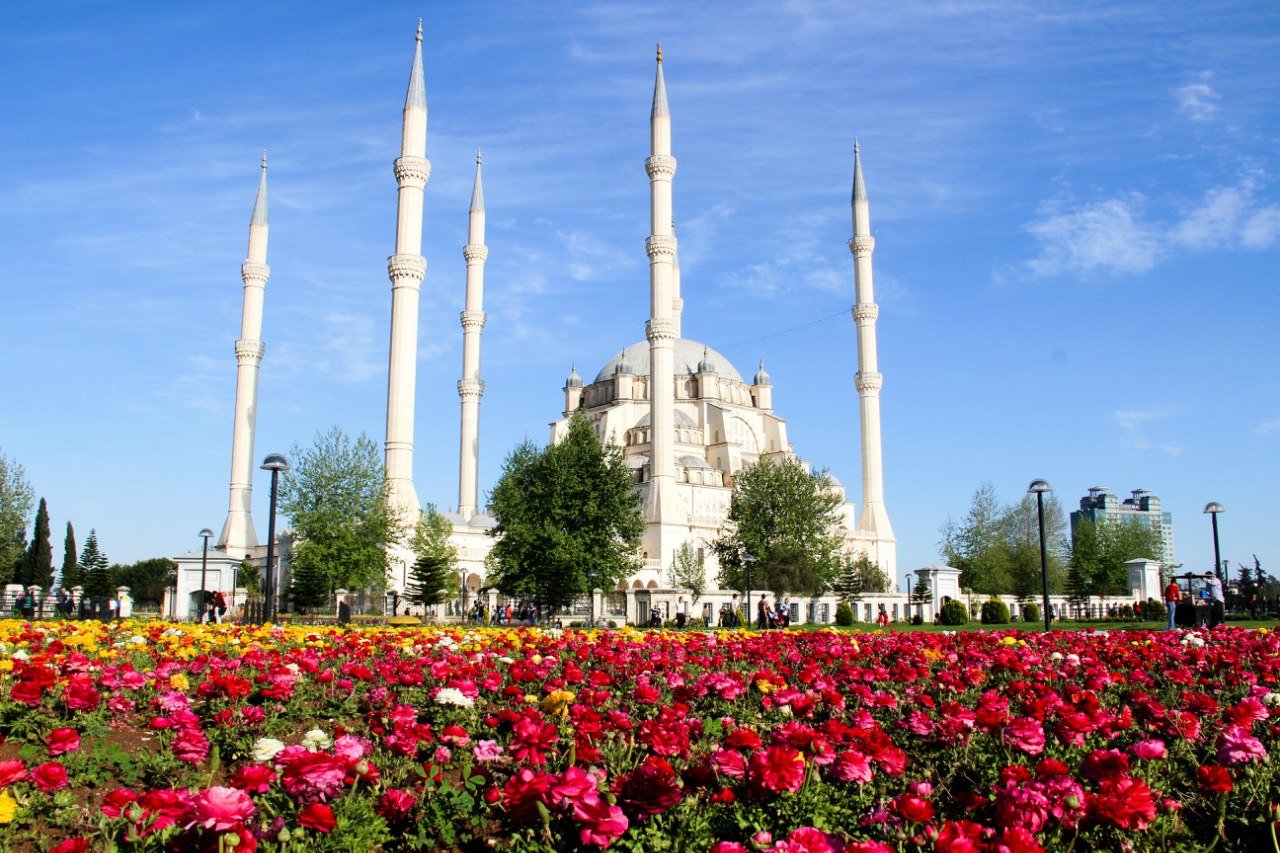 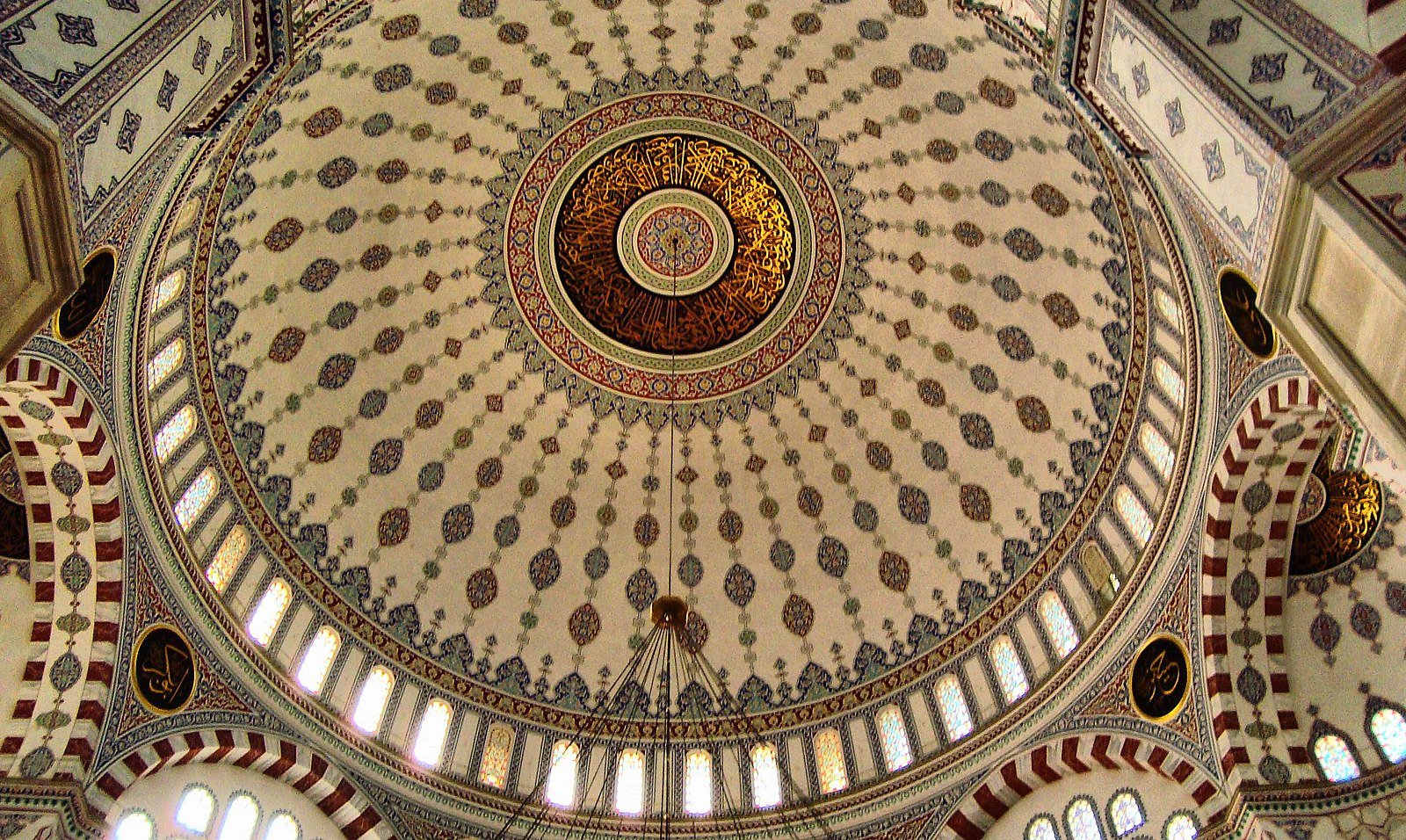 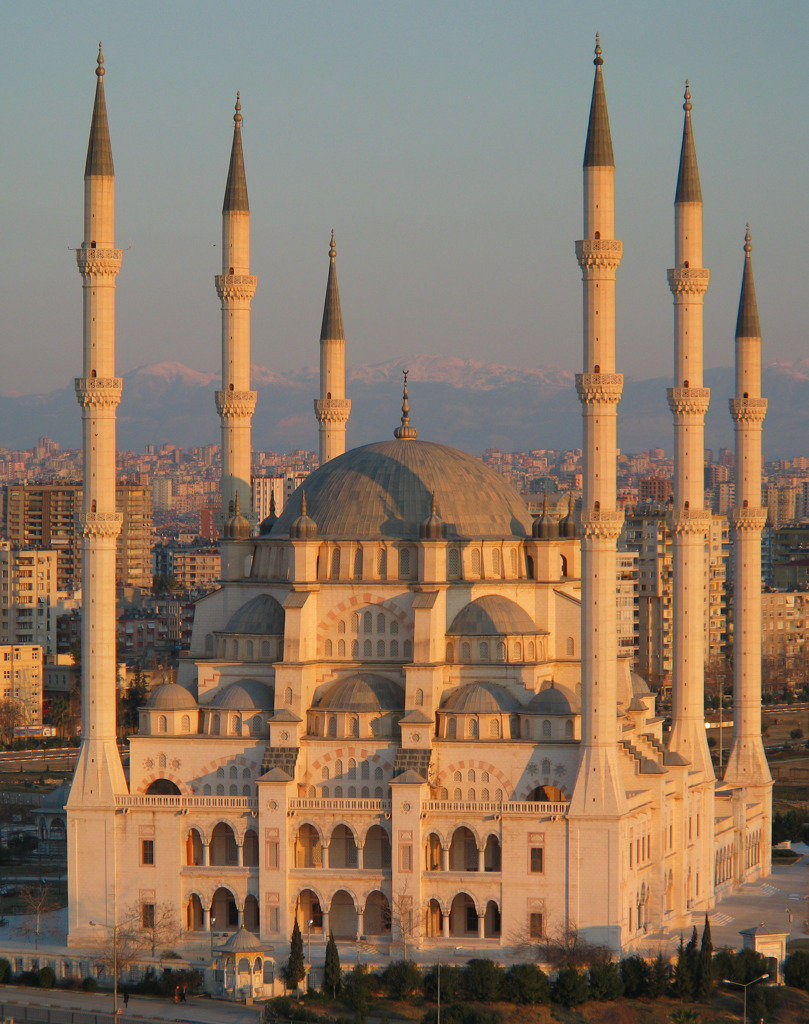 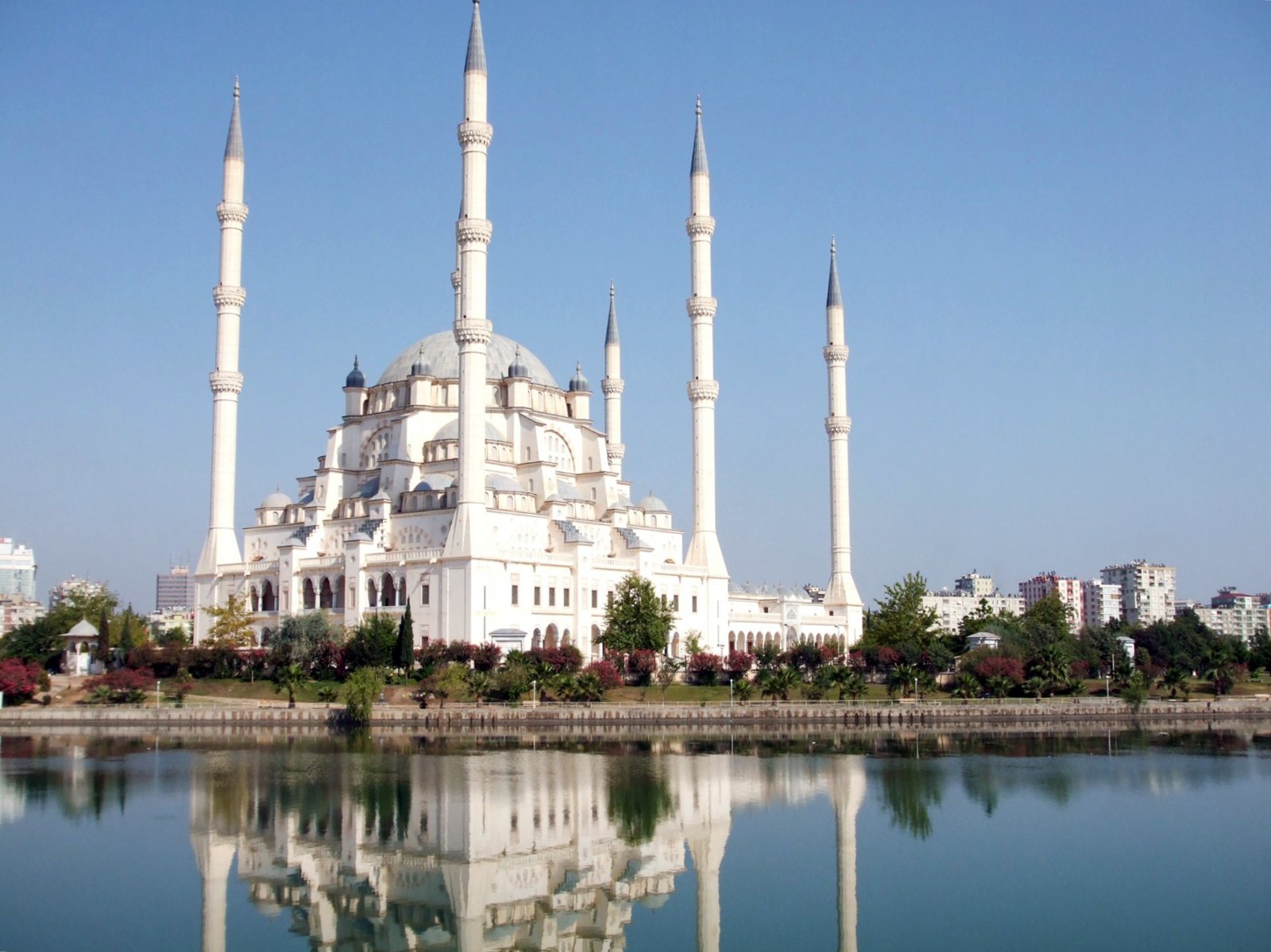 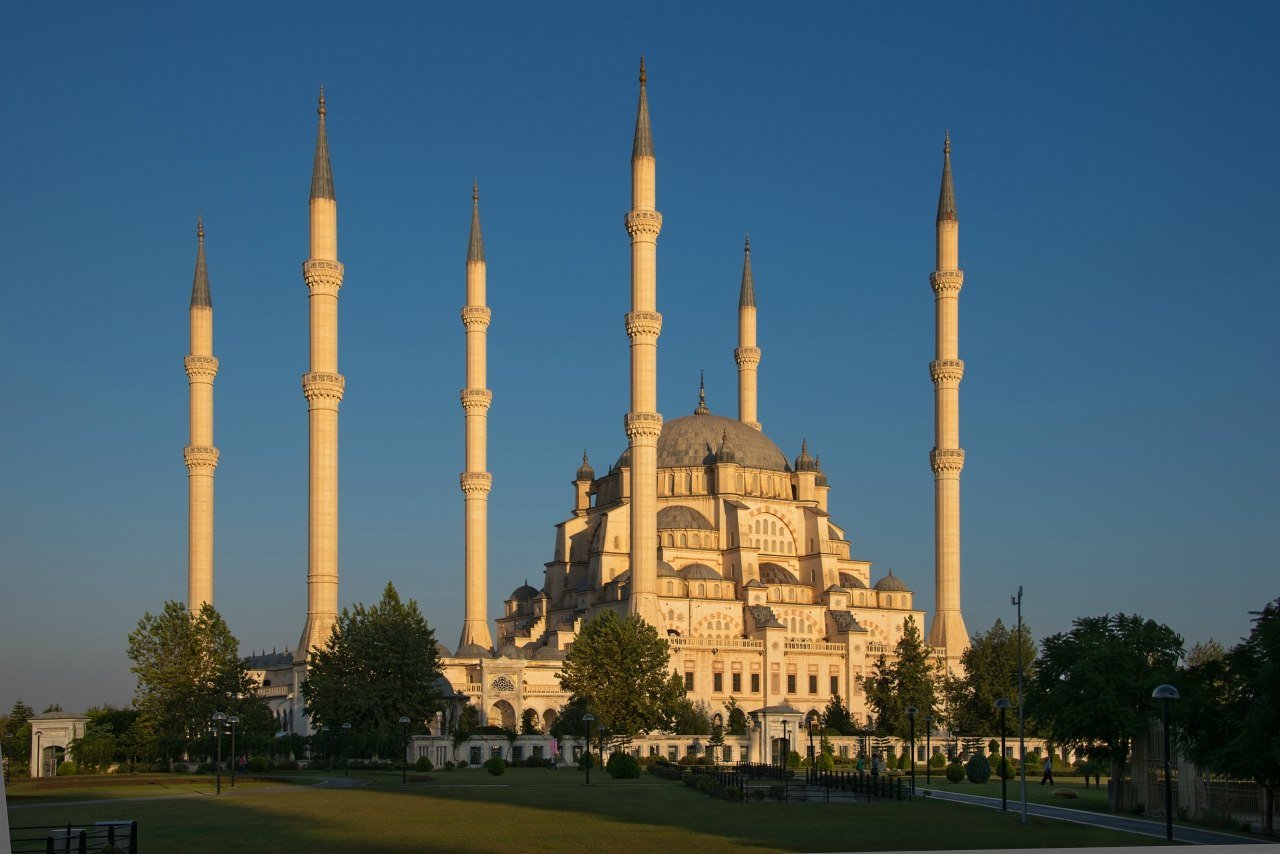 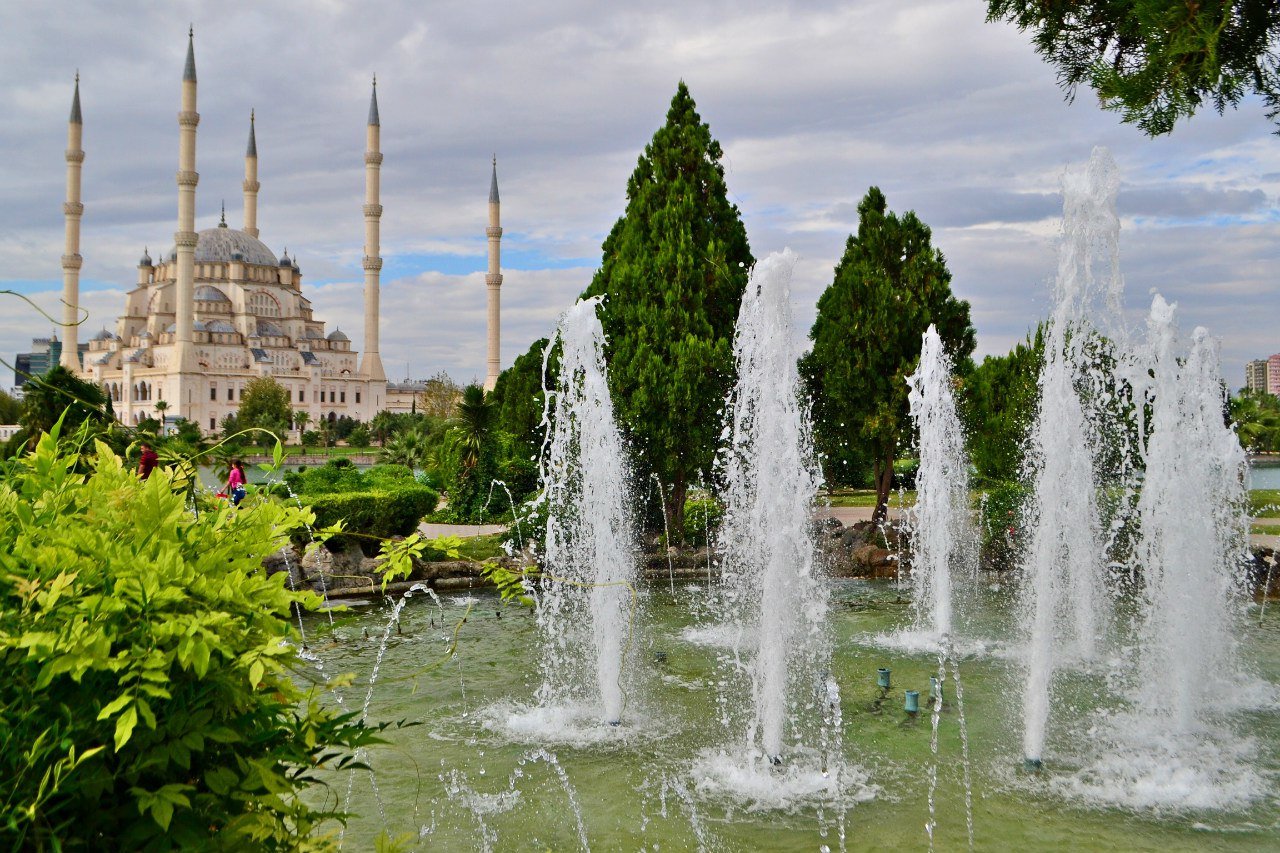 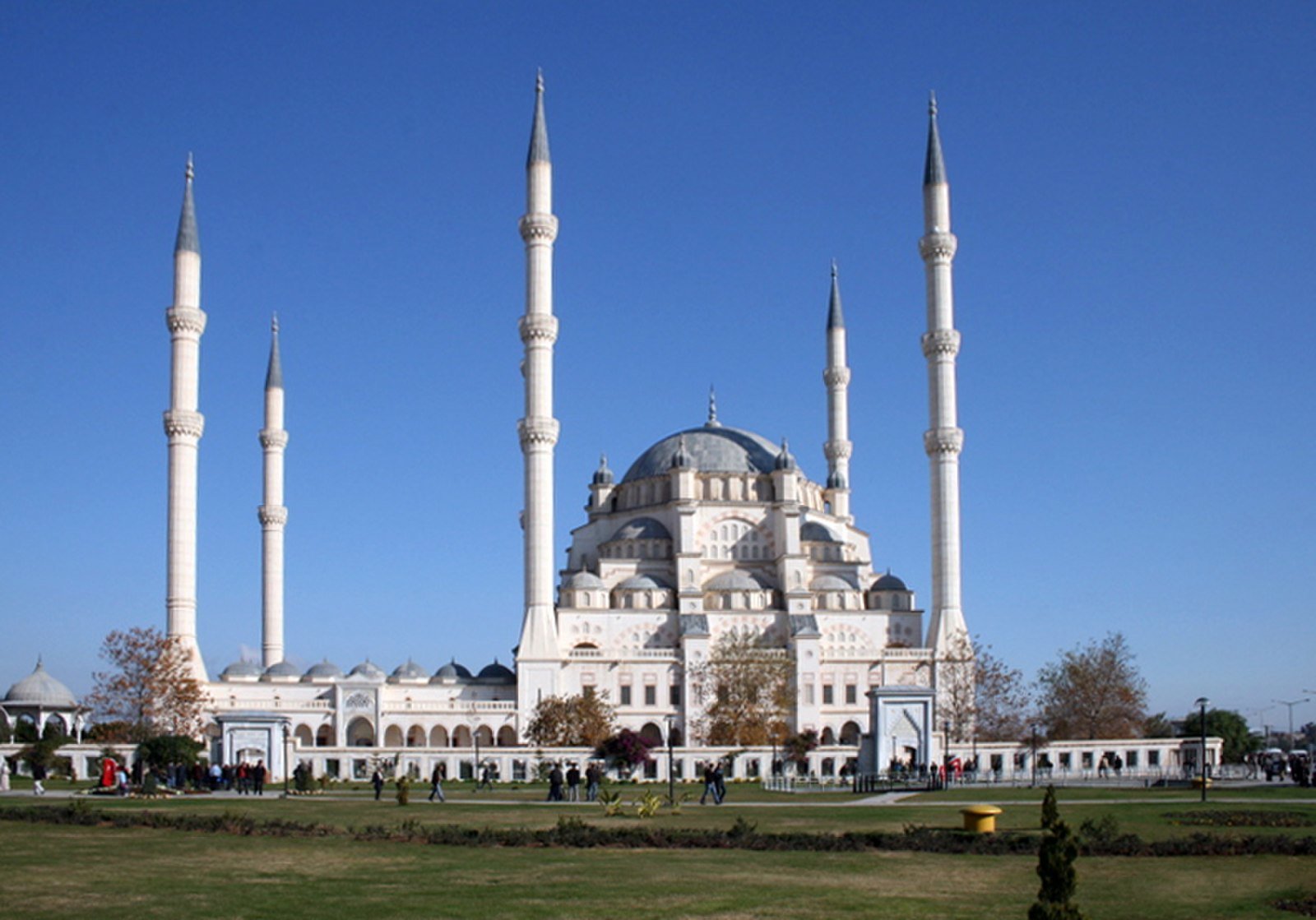 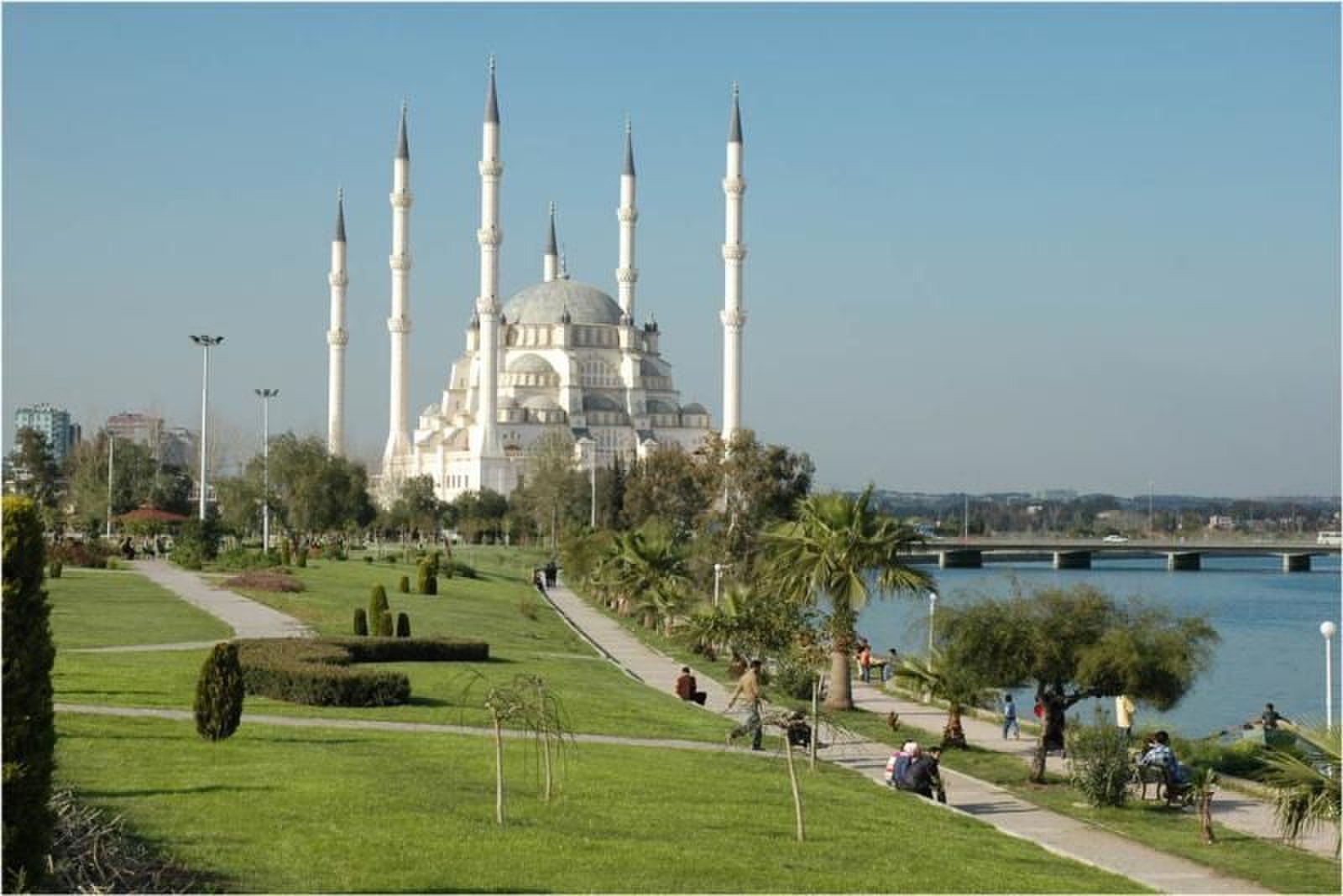 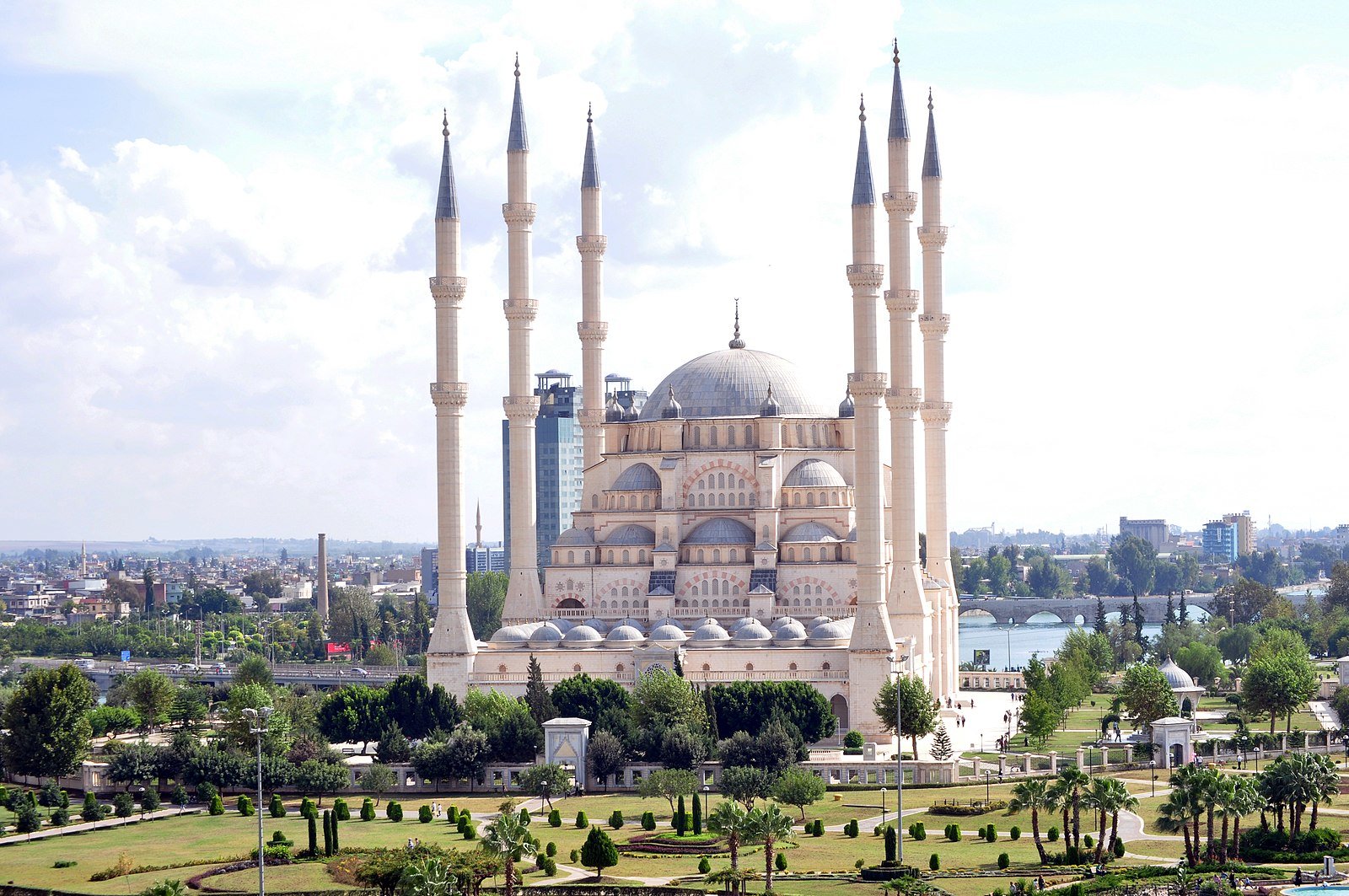 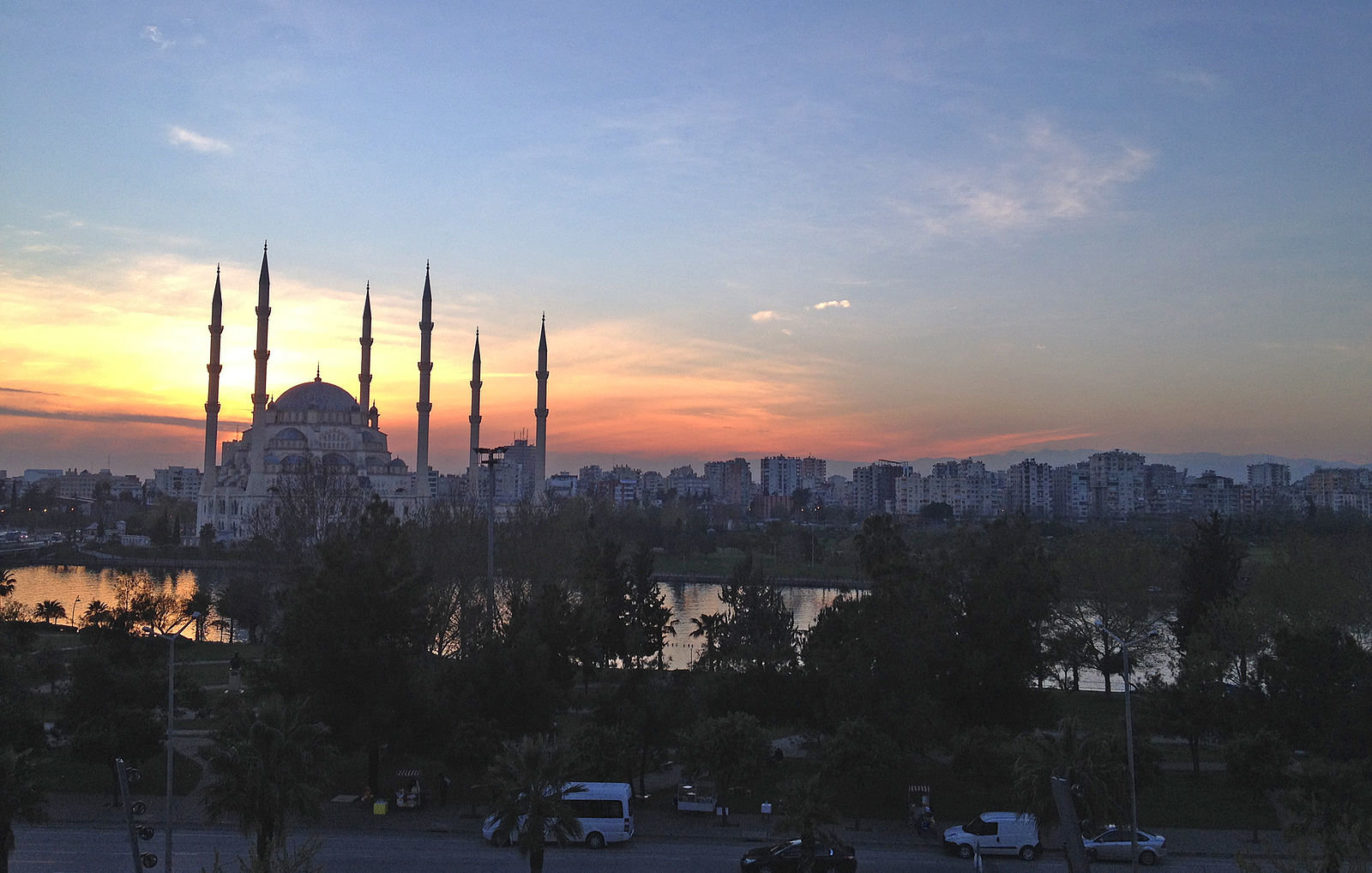 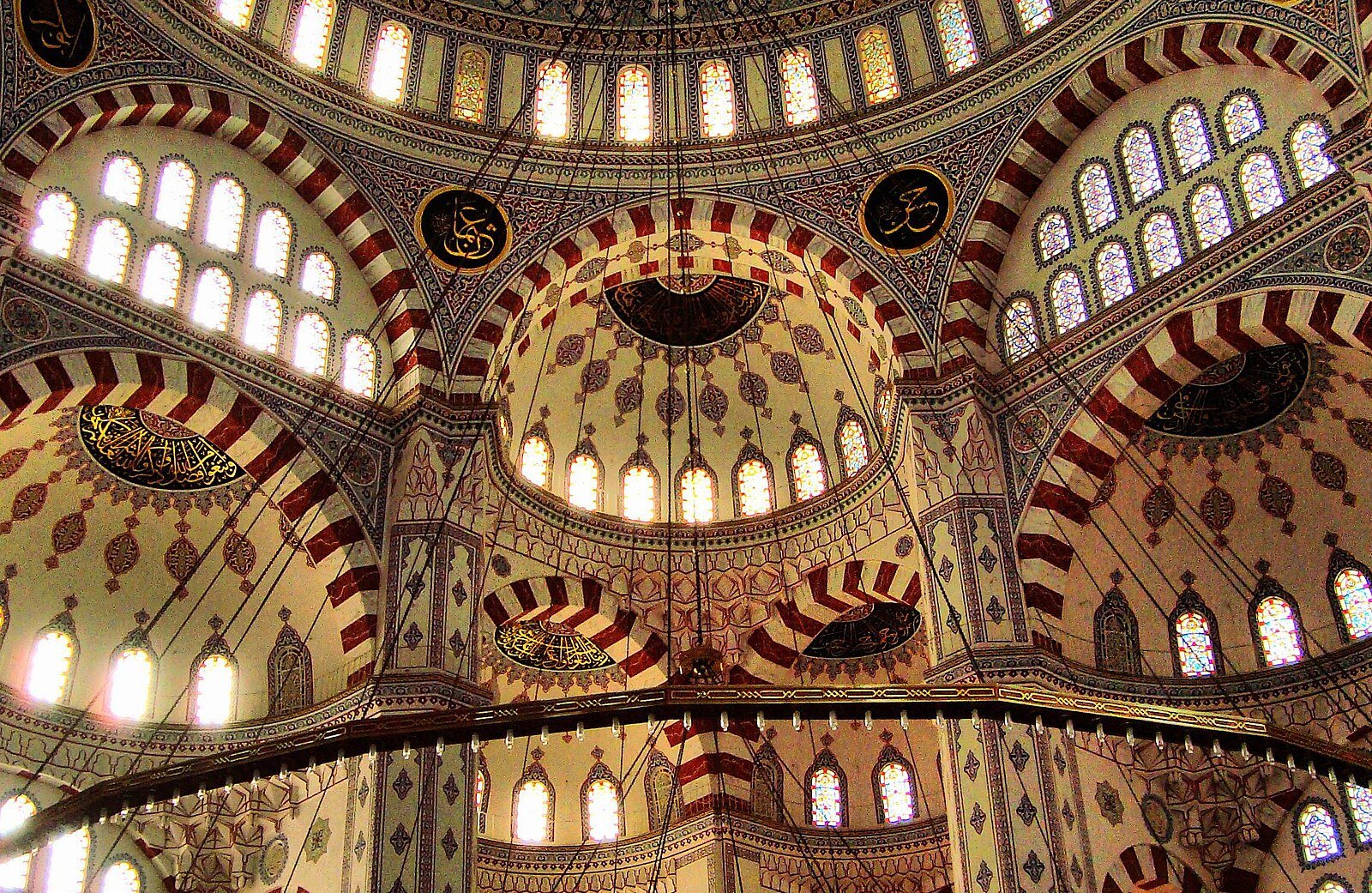 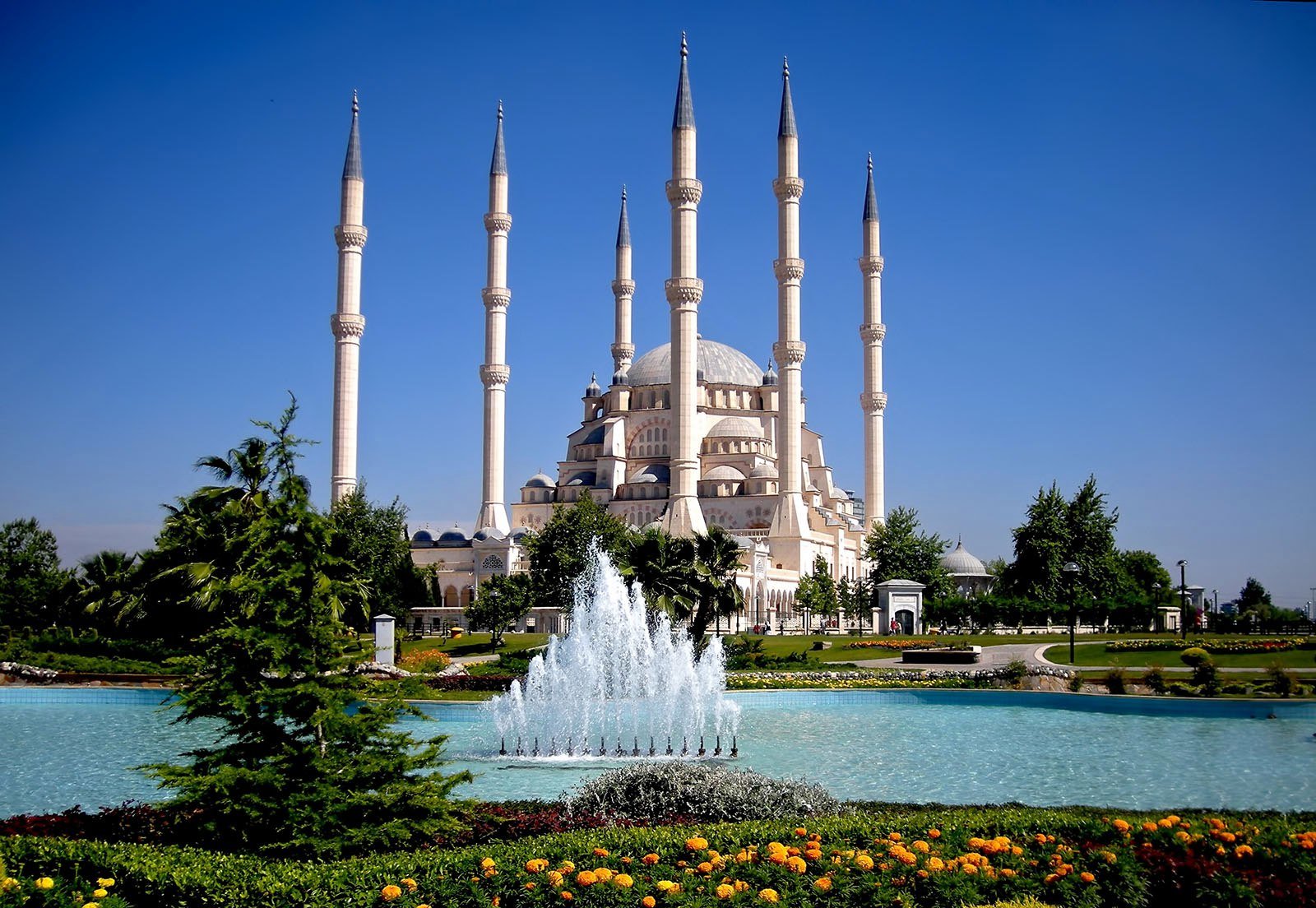 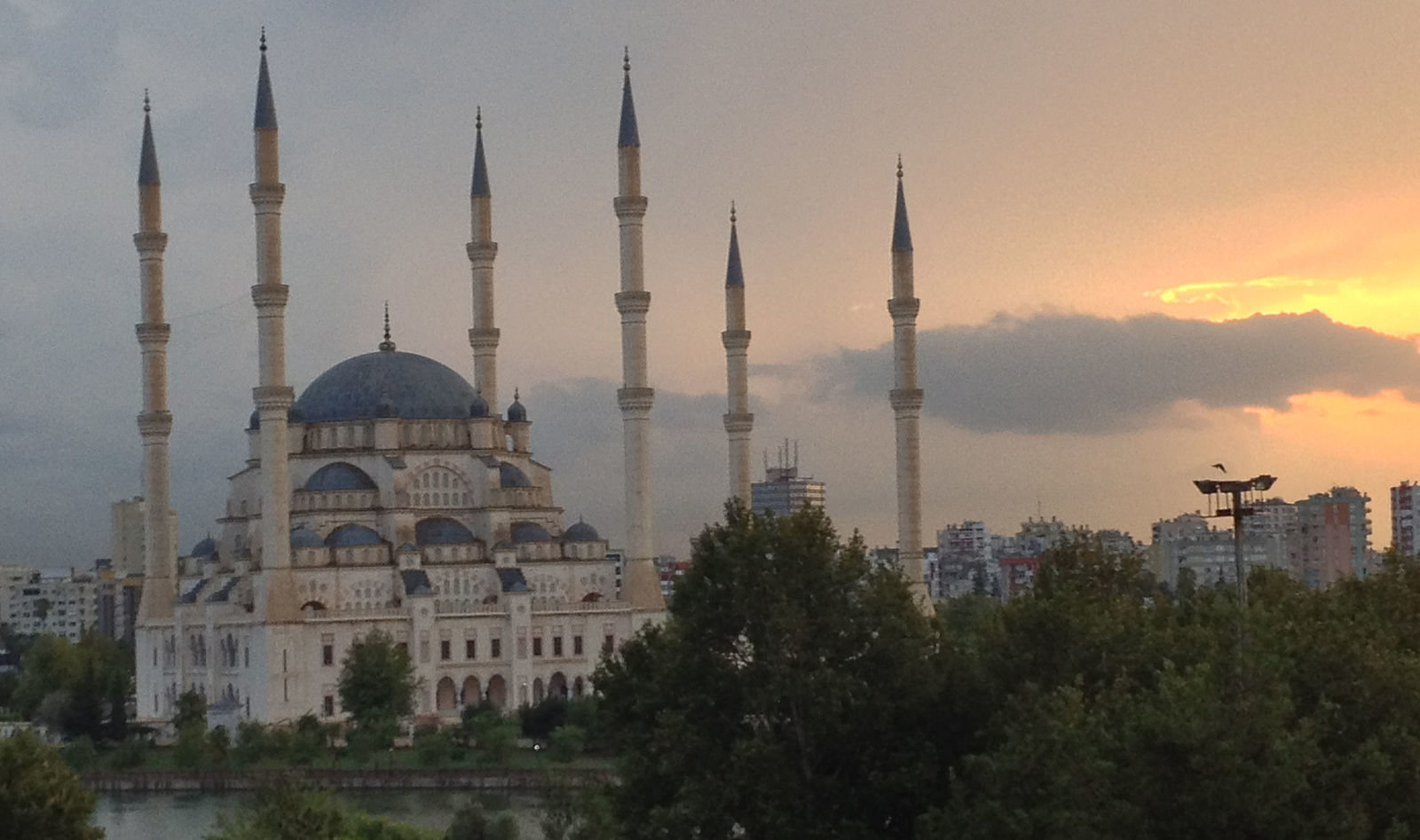 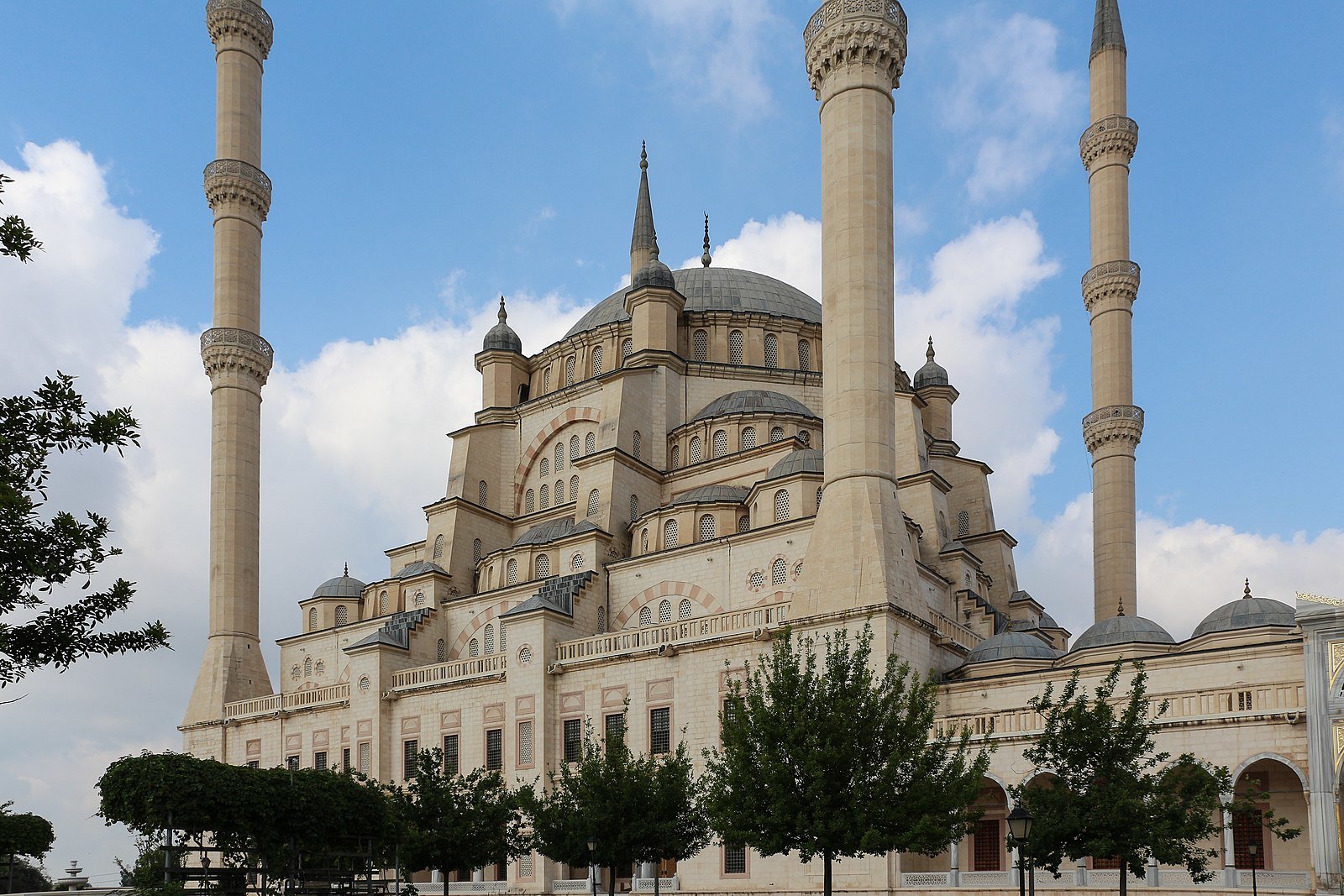