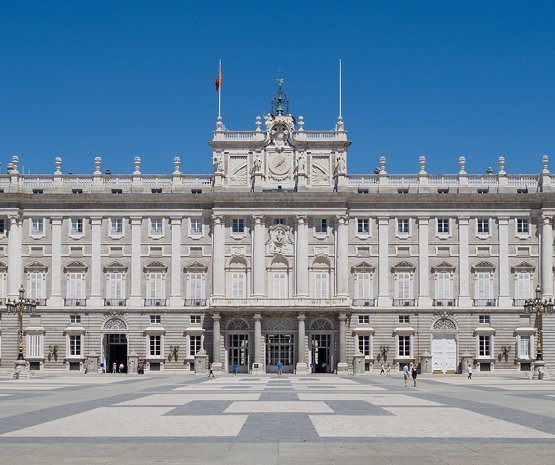 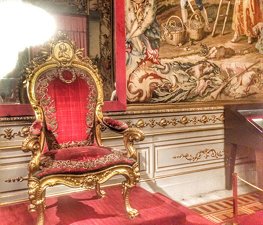 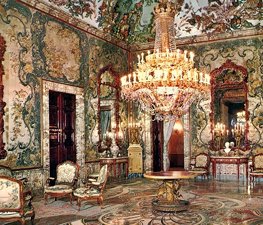 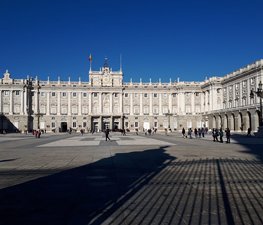 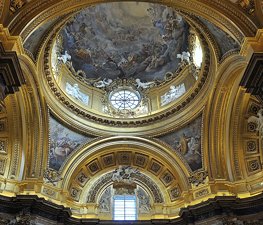 The Royal Palace of Madrid (Palacio Real de Madrid) is the official residence of the King of Spain, located in Madrid. King Juan Carlos and the royal family do not reside in this palace, instead choosing the smaller Palacio de la Zarzuela, on the outskirts of Madrid. However, the Palacio Real de Madrid is still used for state occasions.

The palace is located on Bailén street, in the western part of downtown Madrid, east of the Manzanares River, and is accessible from the Ópera metro station. The palace is partially open to public, except when in official use.

The site of the palace dates from a 10th-century fortress, called mayrit, constructed as an outpost by Mohammed I, Emir of Córdoba and inherited after 1036 by the independent Moorish Kingdom of Toledo. After Madrid fell to Alfonso VI of Castile in 1085, the edifice was only rarely used by the kings of Castile. In 1329, King Alfonso XI of Castile convoked the cortes of Madrid for the first time. Philip II moved his court to Madrid in 1561.

The Шаблон:Lang ("Old Castle") was built on the location in the 16th century. It burned on December 24, 1734; King Philip V ordered a new palace built on the same location. Construction spanned the years 1738 to 1755 and followed a Berniniesque design by Filippo Juvarra and Giovanni Battista Tiepolo in cooperation with Ventura Rodríguez, Francesco Sabatini, and Scirmento. The new palace, directly facing the cathedral across the Plaza de Armas, was occupied by Carlos III in 1764.

The interior that is open to visitors consists of:

The vast palace is richly decorated by artists such as Velázquez, Tiepolo, Mengs, Gasparini, Juan de Flandes, Caravaggio, and Goya. Several royal collections of great historical importance are kept at the palace, including the Royal Armoury and weapons dating back to the 13th century, and the world's only complete Stradivarius string quintet, as well as collections of tapestry, porcelain, furniture, and other objects of great historical importance.

Below the palace, to the west, are the gardens of the Campo del Moro that were given this name due to the fact that here in the year 1109, Muslim leader Ali Ben Yusuf, encamped with his men in the attempt to recapture Madrid and its Alcázar (fortress) from the Christians. The east façade of the palace gives onto the Plaza de Oriente and the Teatro Real operahouse. To the south is a vast square, the Plaza de la Armas, surrounded by narrow wings of the palace, and to the south of that is located the Catedral de la Almudena. To the north are the Jardines de Sabatini (Sabatini Gardens), named after one of the architects of the palace.

The wedding banquet of Prince Felipe and Letizia Ortiz took place on 22 May 2004 at the central courtyard of the Palace.

The palace is open to the public and it is closed when used by the king for state functions like state banquets for visiting heads of state, official government receptions and the presentation of new ambassadors to the king.

Rewan Parti
Beautiful palace, take the audio guide for an additional €3. Also you can take the opera station train which is a few meters away. Don't miss the gala dining room.

Kelly Marcelino
You can leave the train at Opera station. This station is 400 meters from Royal Palace. Very easy to get to the palace that is amazing with beautiful paints!!!

Otel.com
This palace of the official residence of the King, used for state ceremonies. Look at the 50 impressive ornate rooms available to the public. Highlights are the Royal Chapel and the Porcelain Room.

Rafael Marin
An amazing exhibition of the Royal family’s life. The rooms and halls of the palace are just magnificent. It’s risk totally worth the visit.

Sylvia
If you want to make it for the free admission be sure to be around the palace at least 15 mins before free admission starts. Otherwise you will be facing one of the longest queues ever :)

Moritz Bleiblieb
This place is where you should start your trip through Madrid! Take it as basic lesson in spanish history & enjoy the big offices & living rooms inside, incl the breathtaking Gala Dining Room.
Load more comments
foursquare.com
8.8/10
憑き狐娘, Amadeus and 100,134 more people have been here
I've been here
Add to wishlist

Royal Palace of Madrid on Foursquare 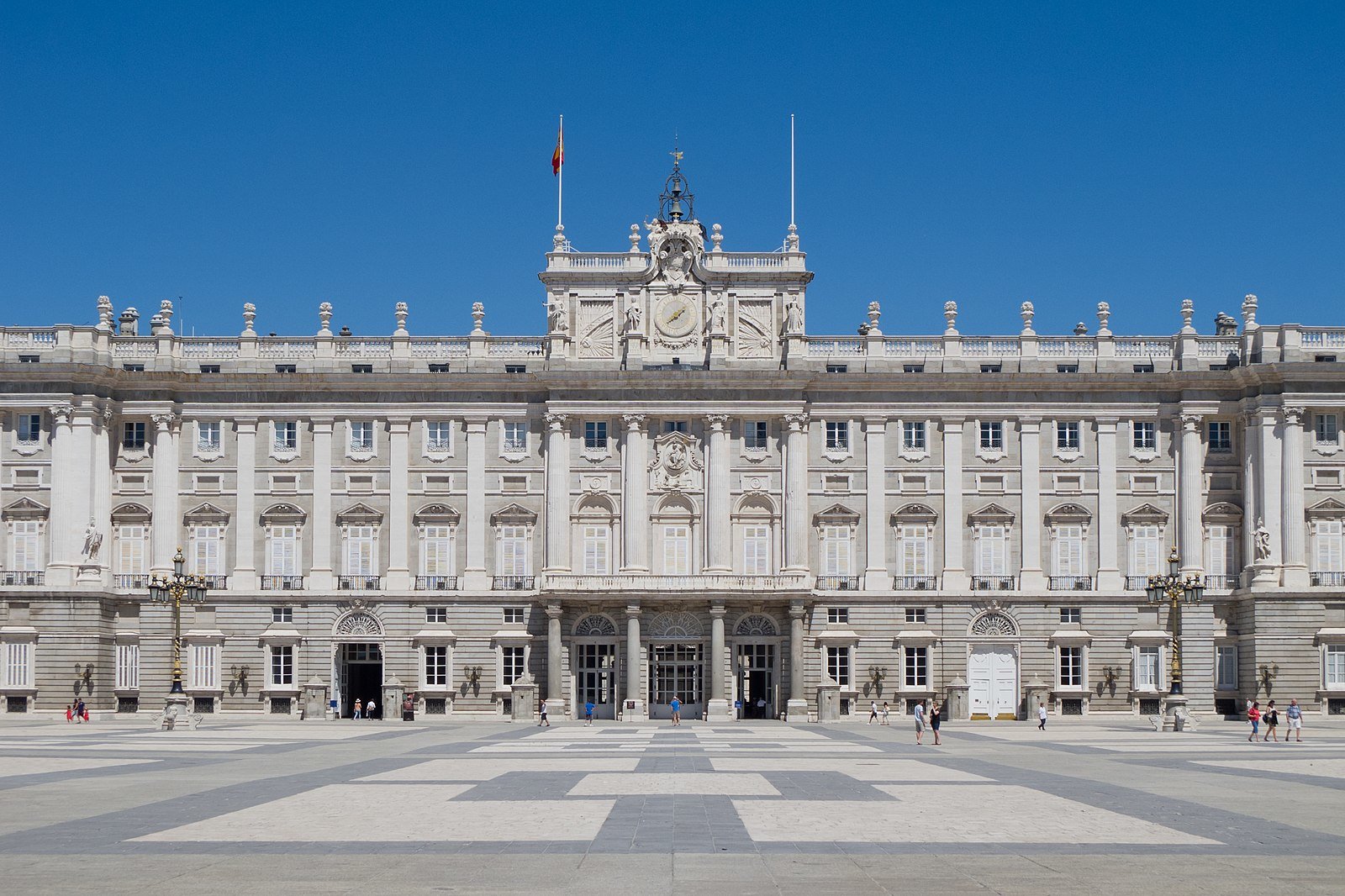 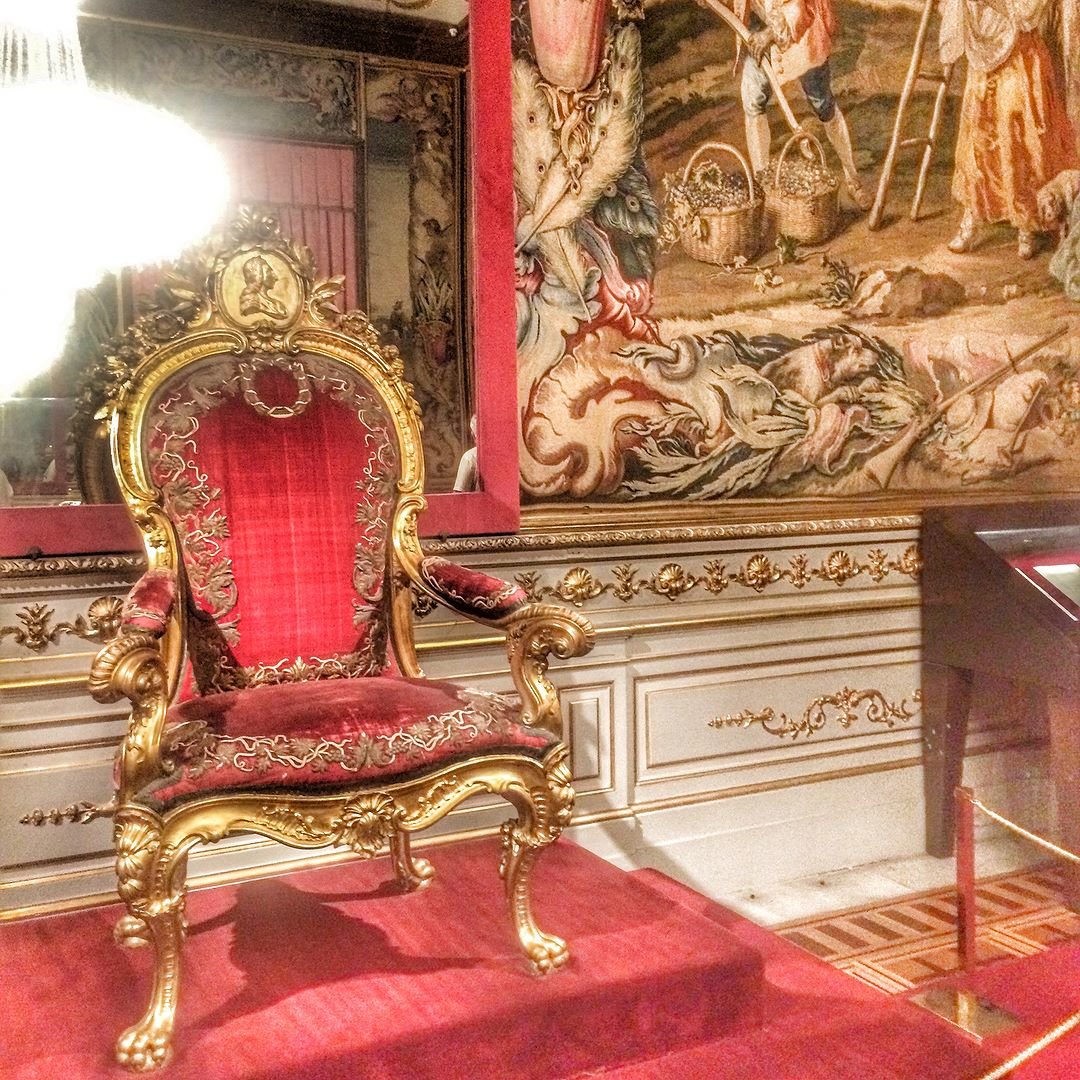 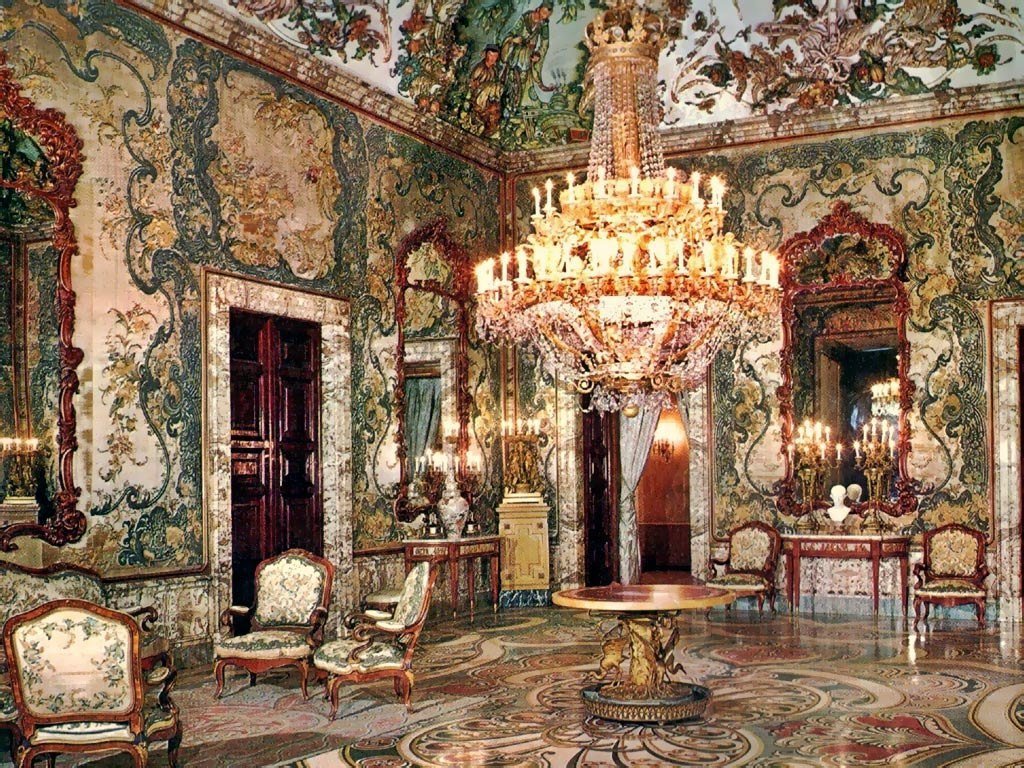 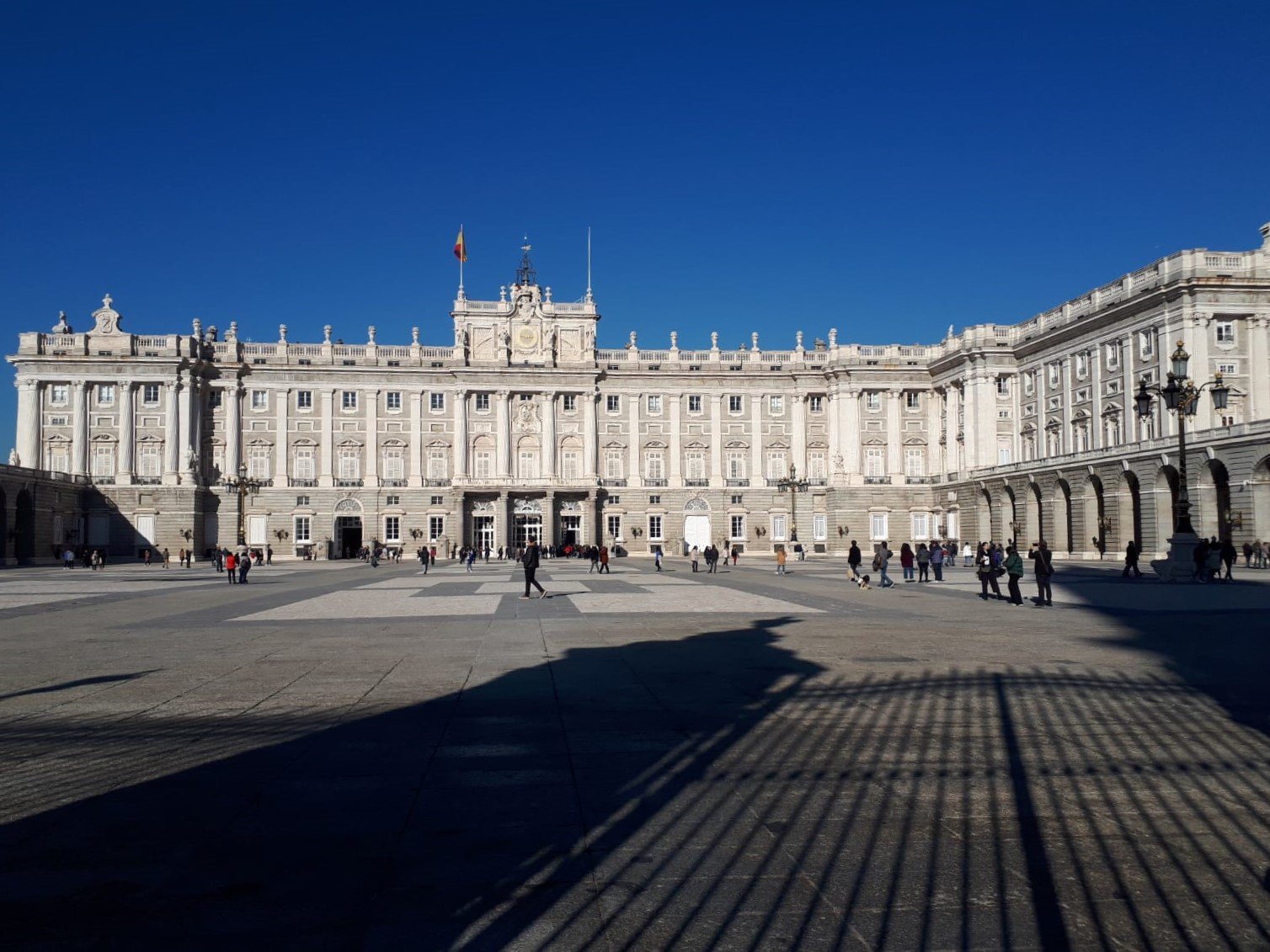 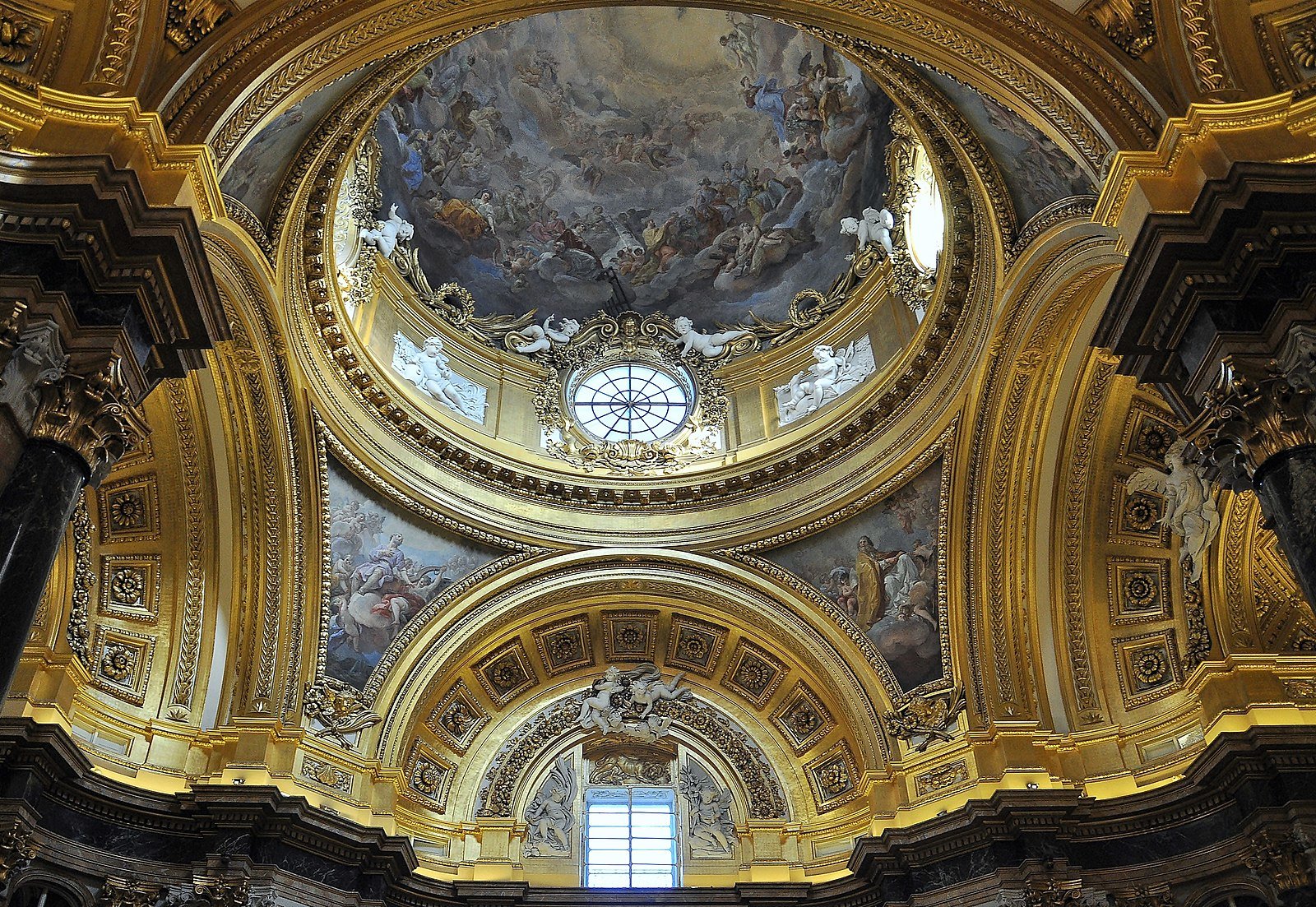 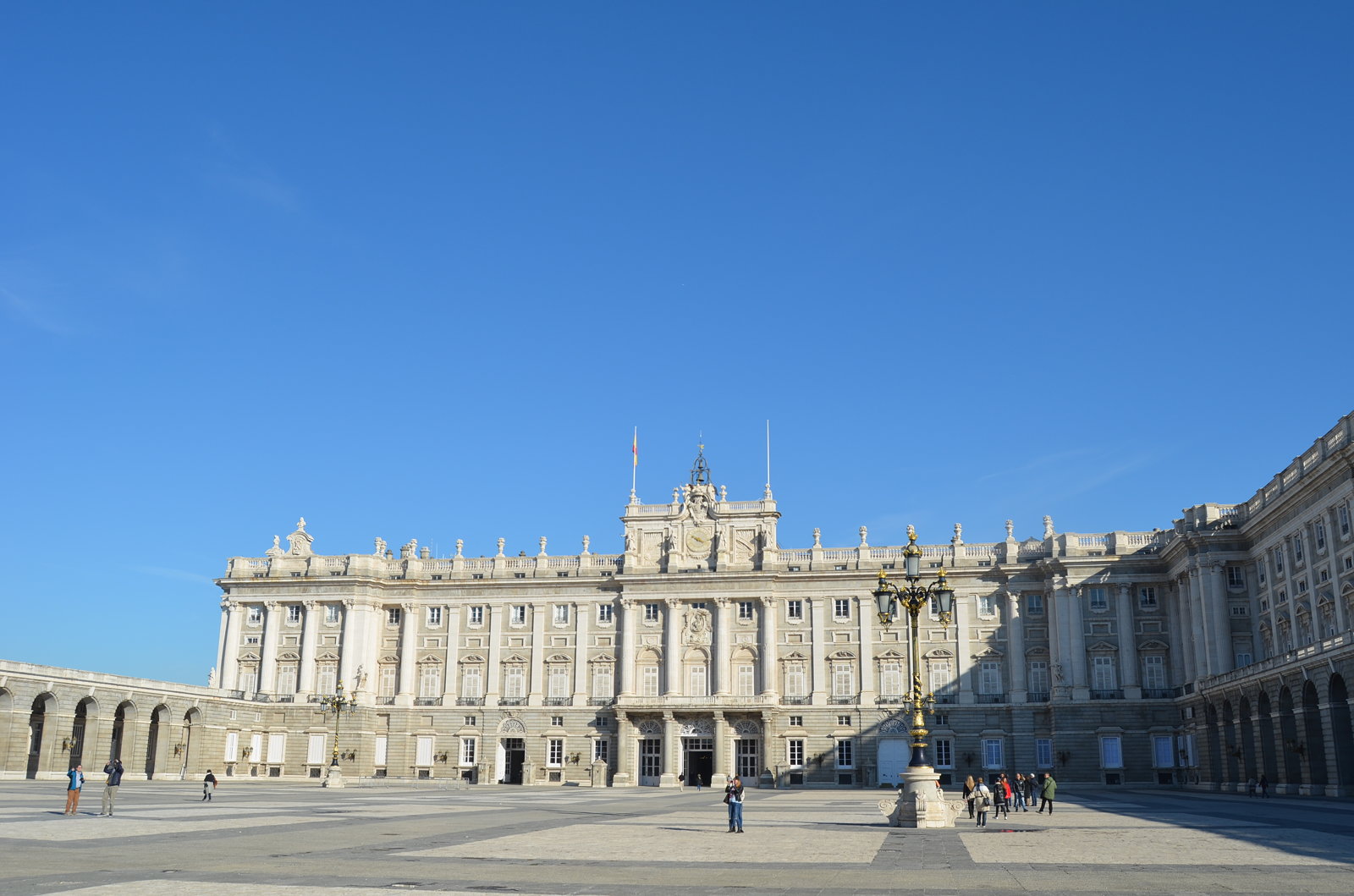 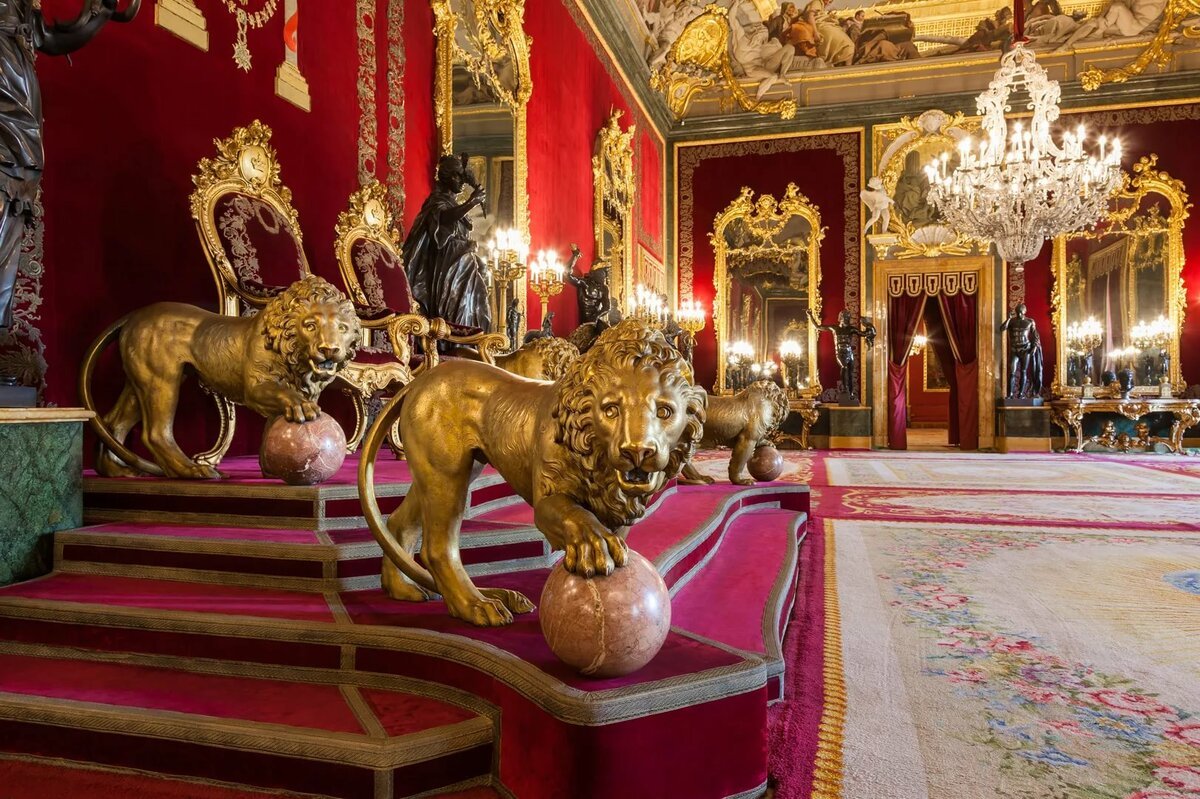 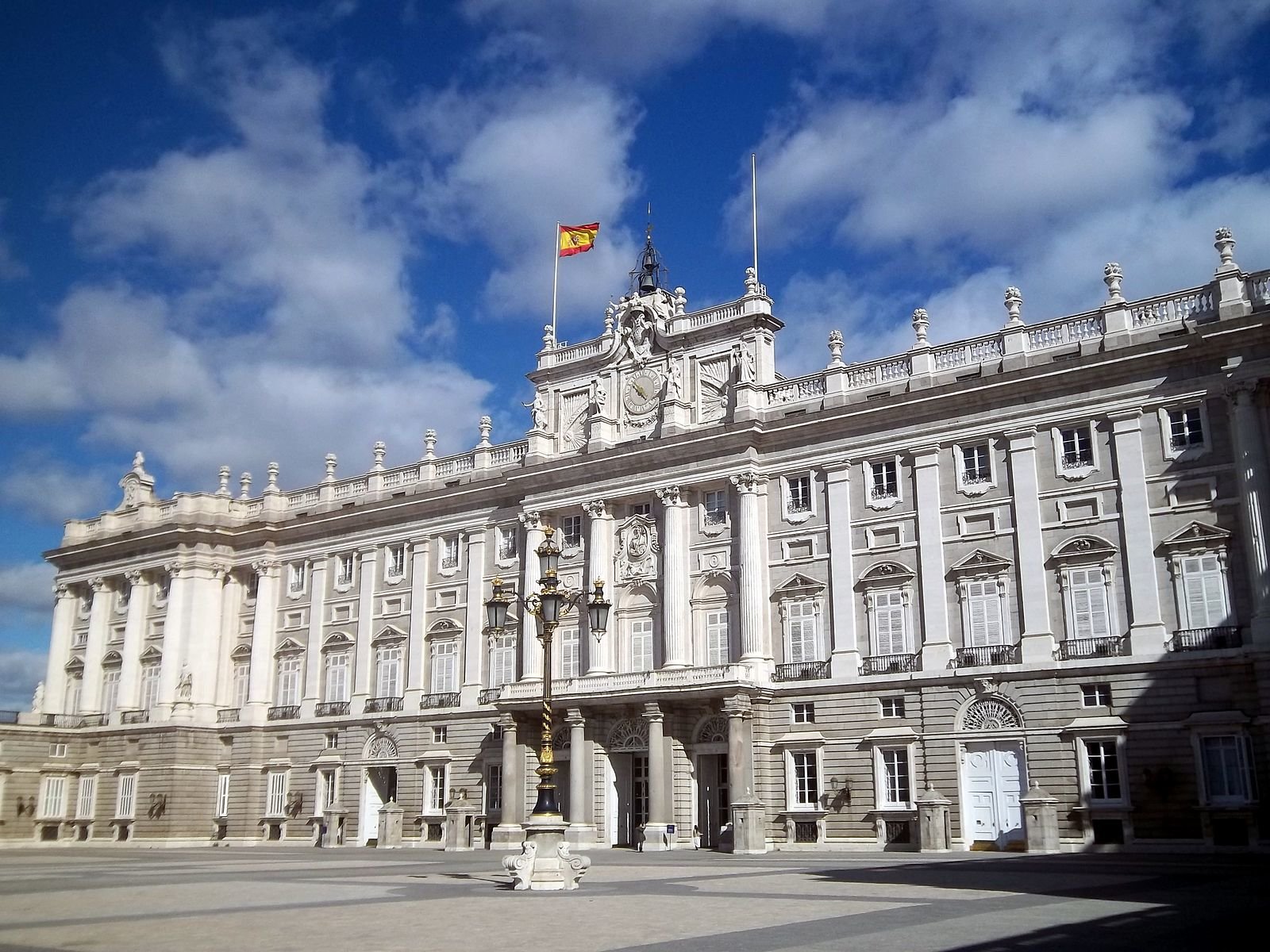 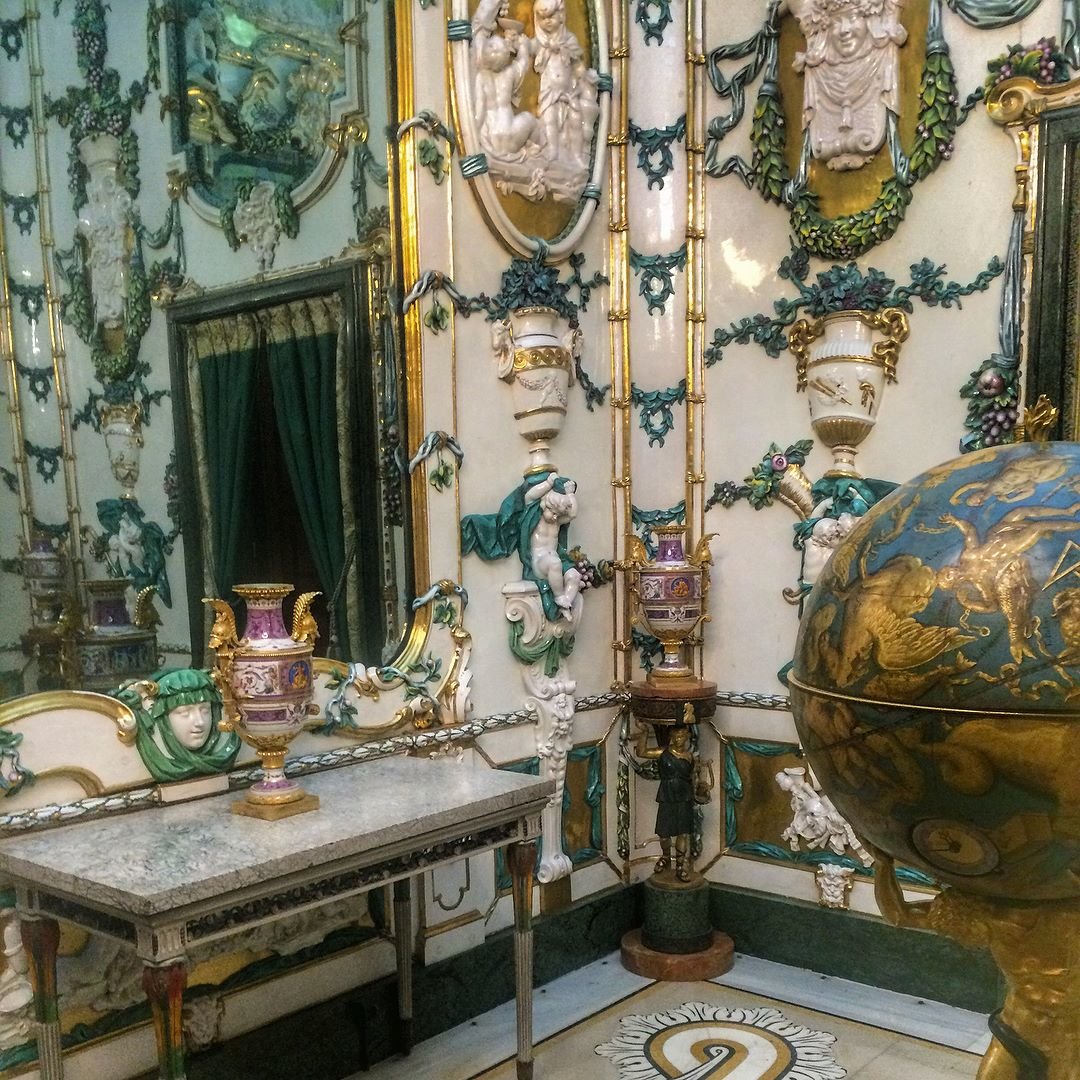 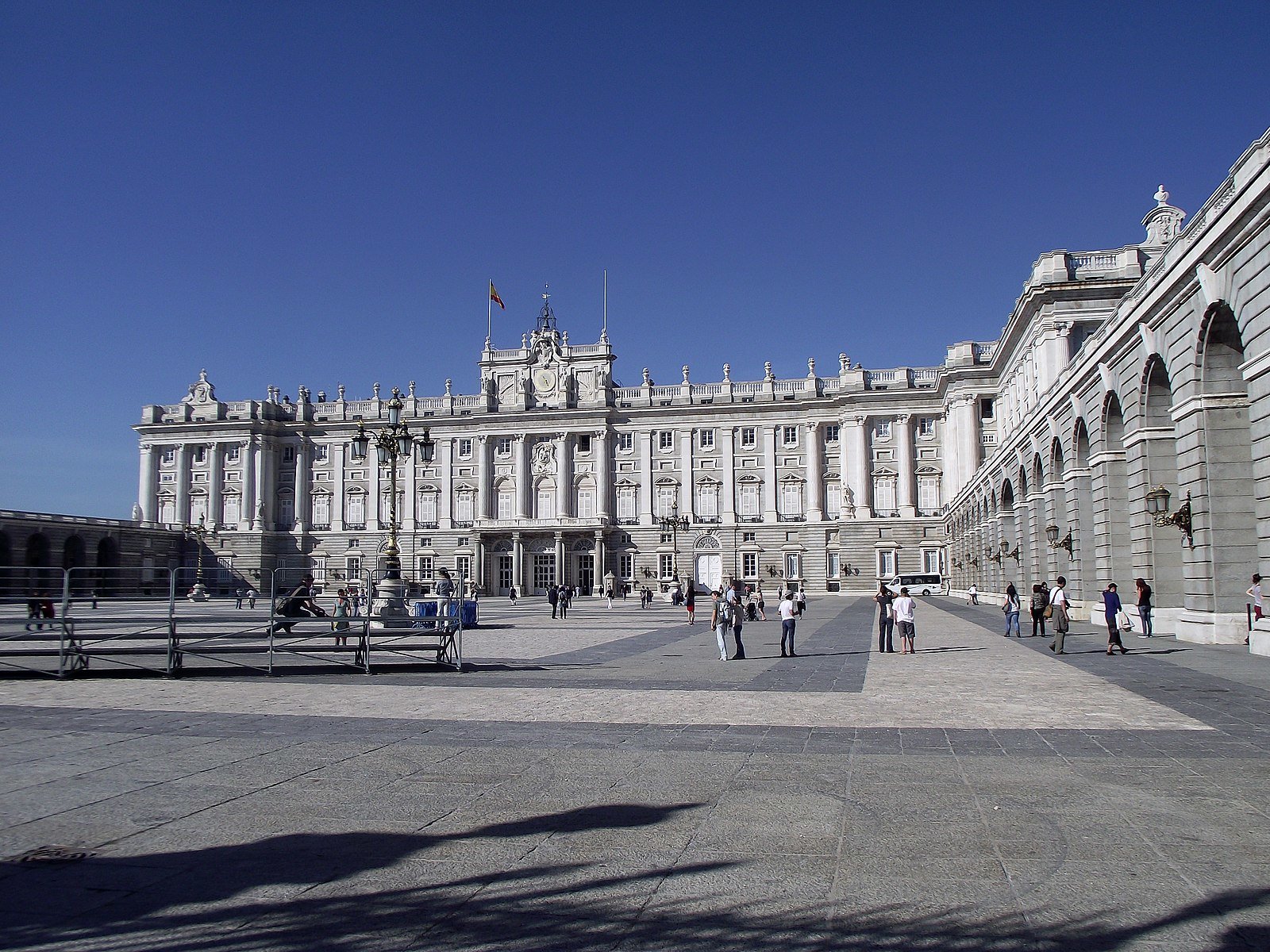 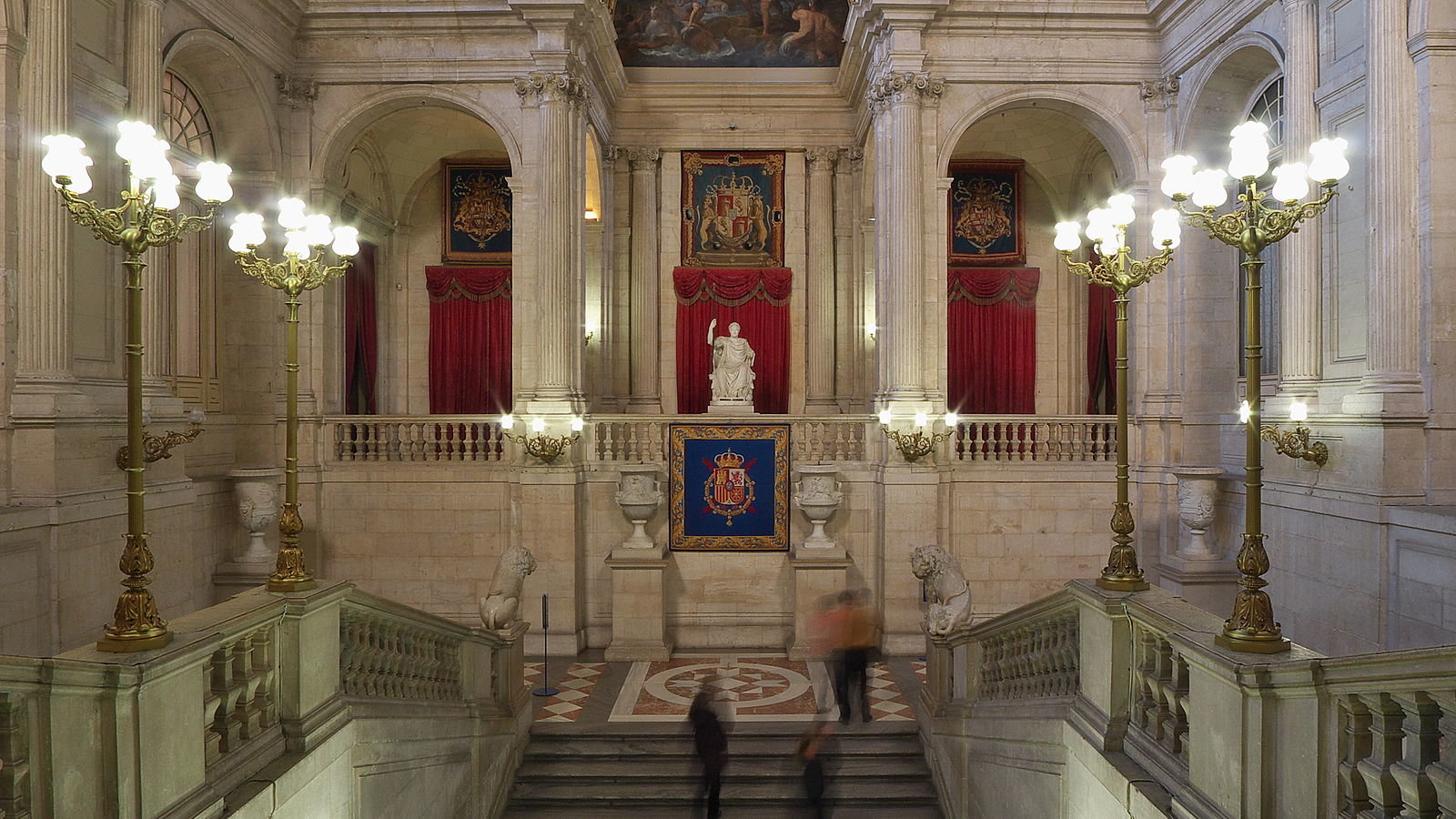 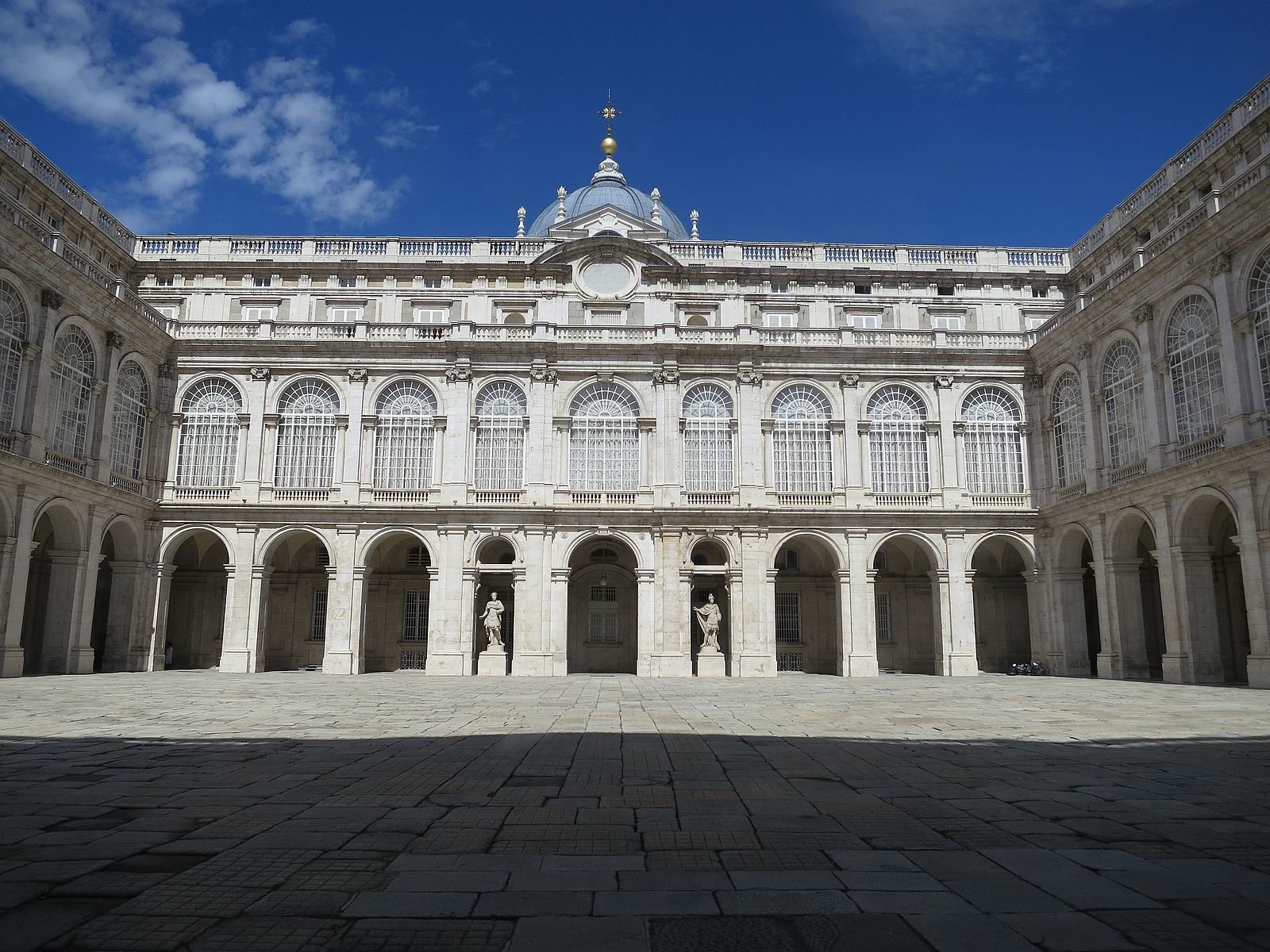 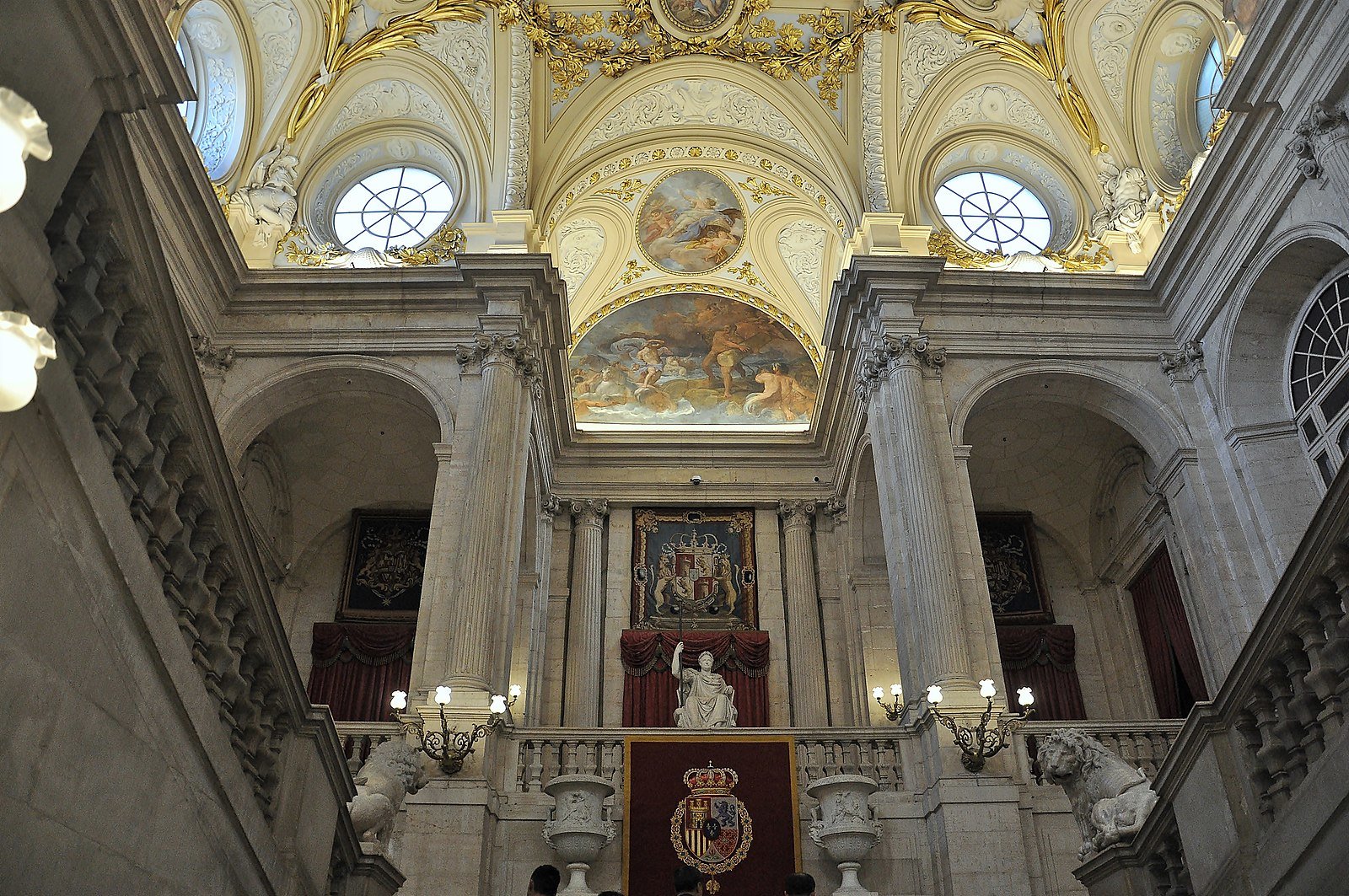 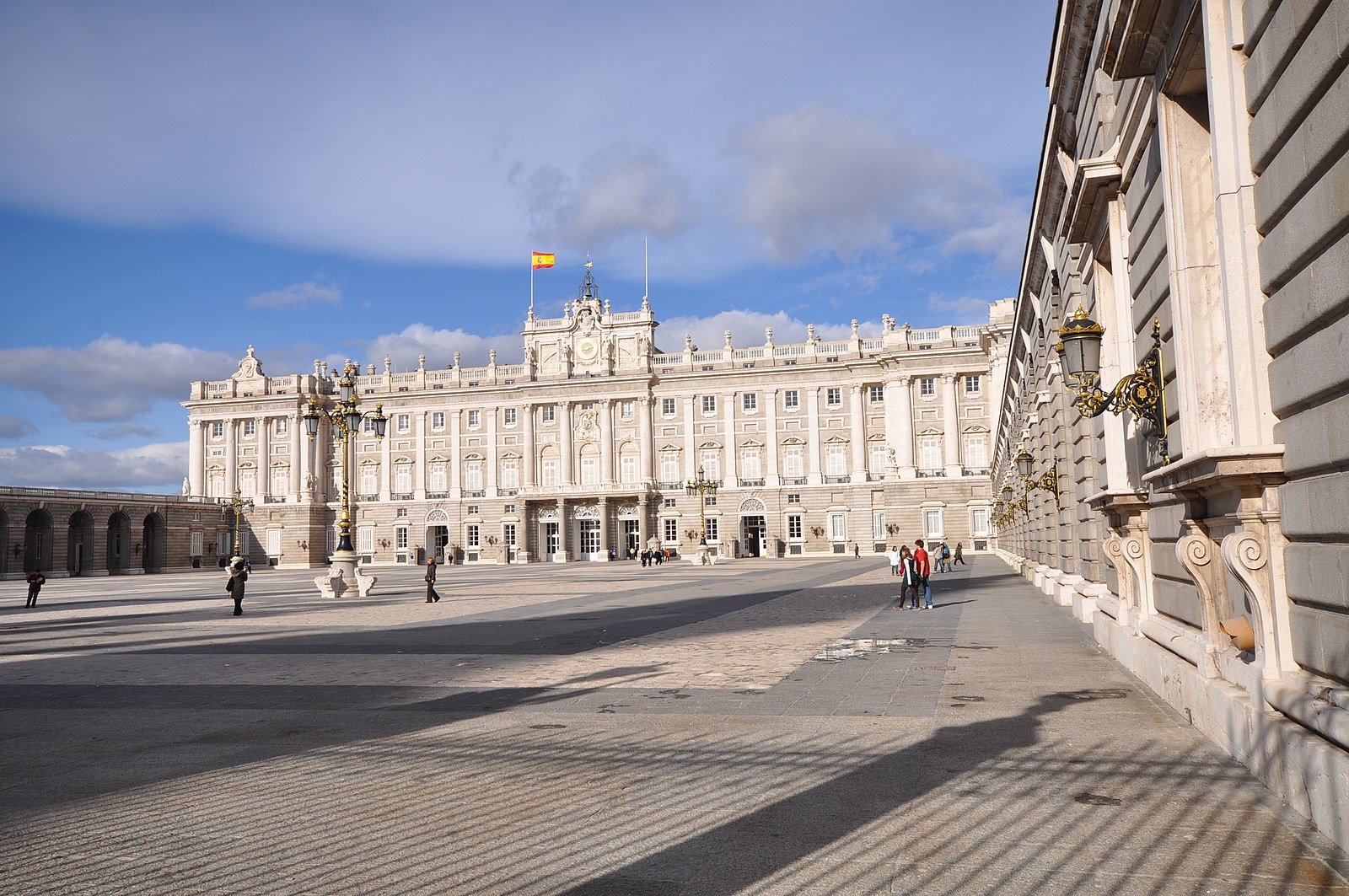 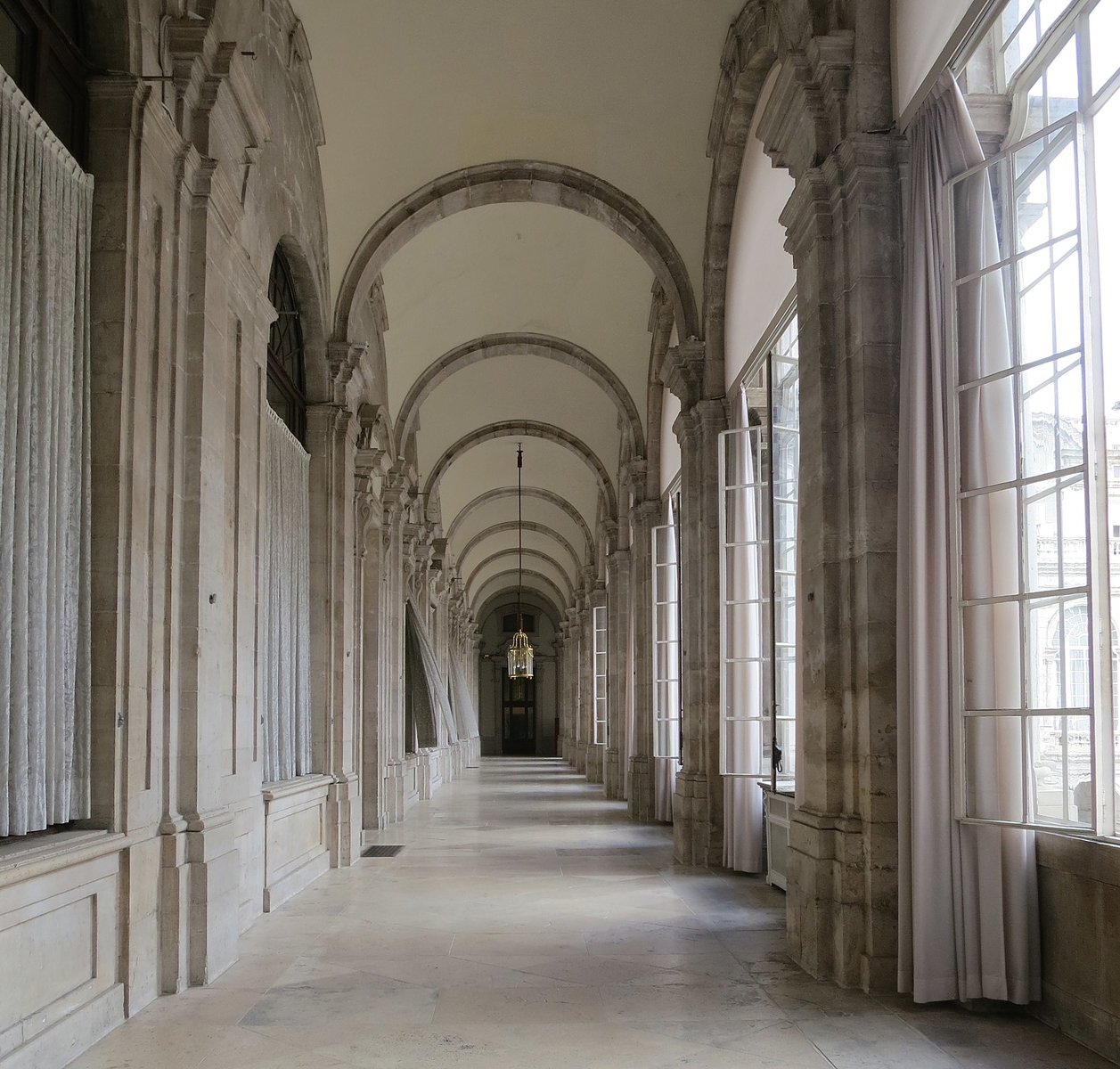 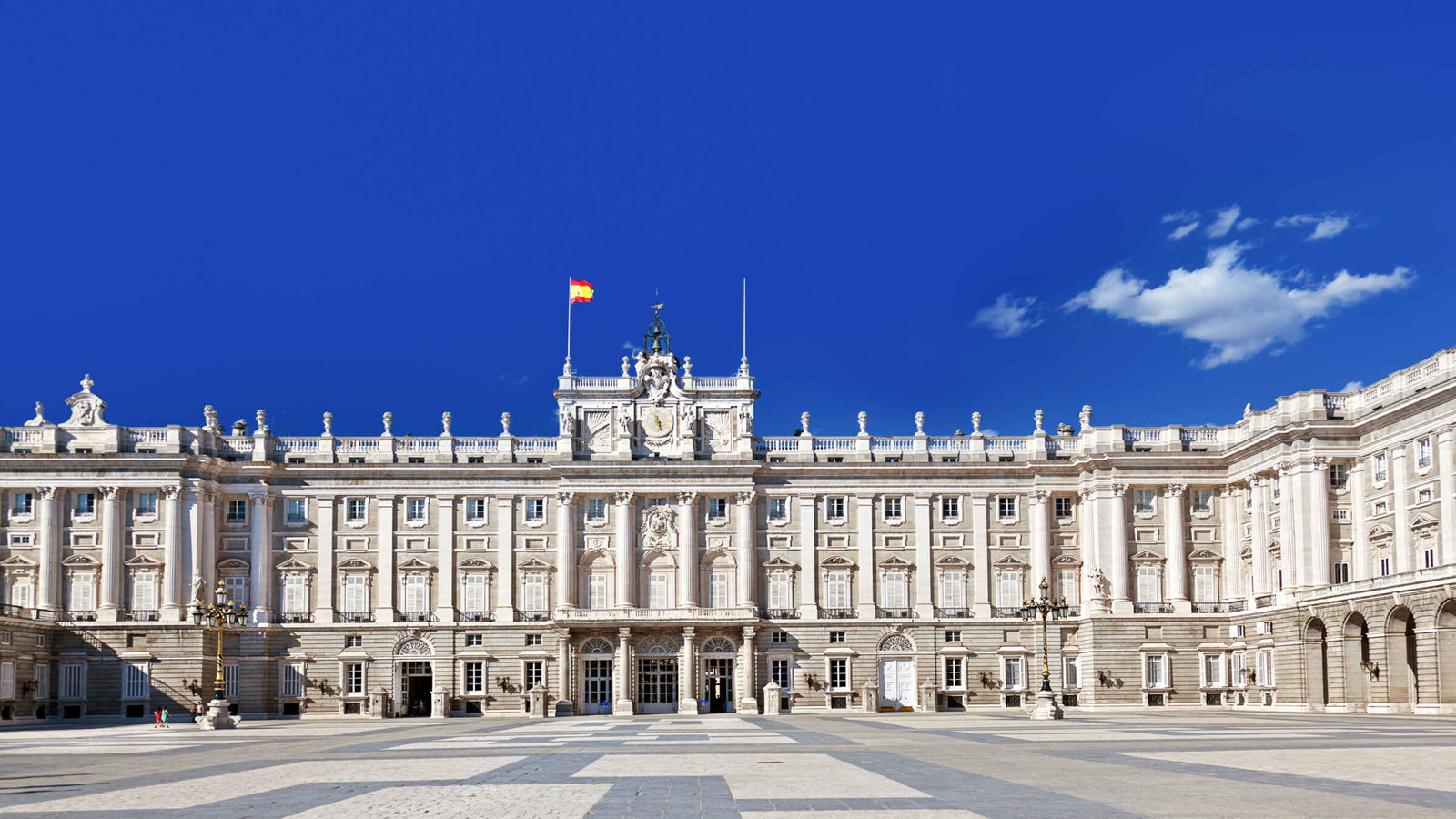 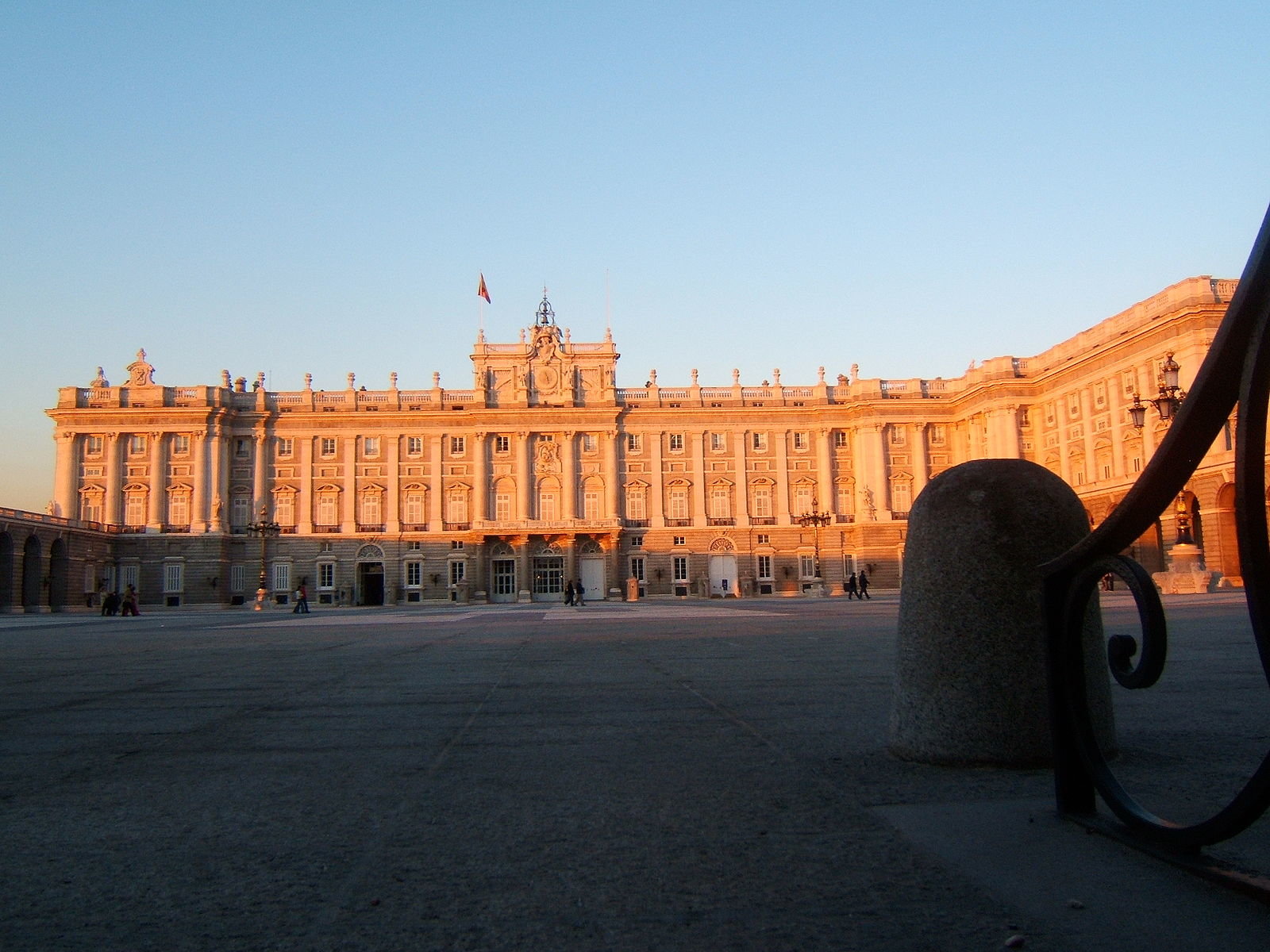 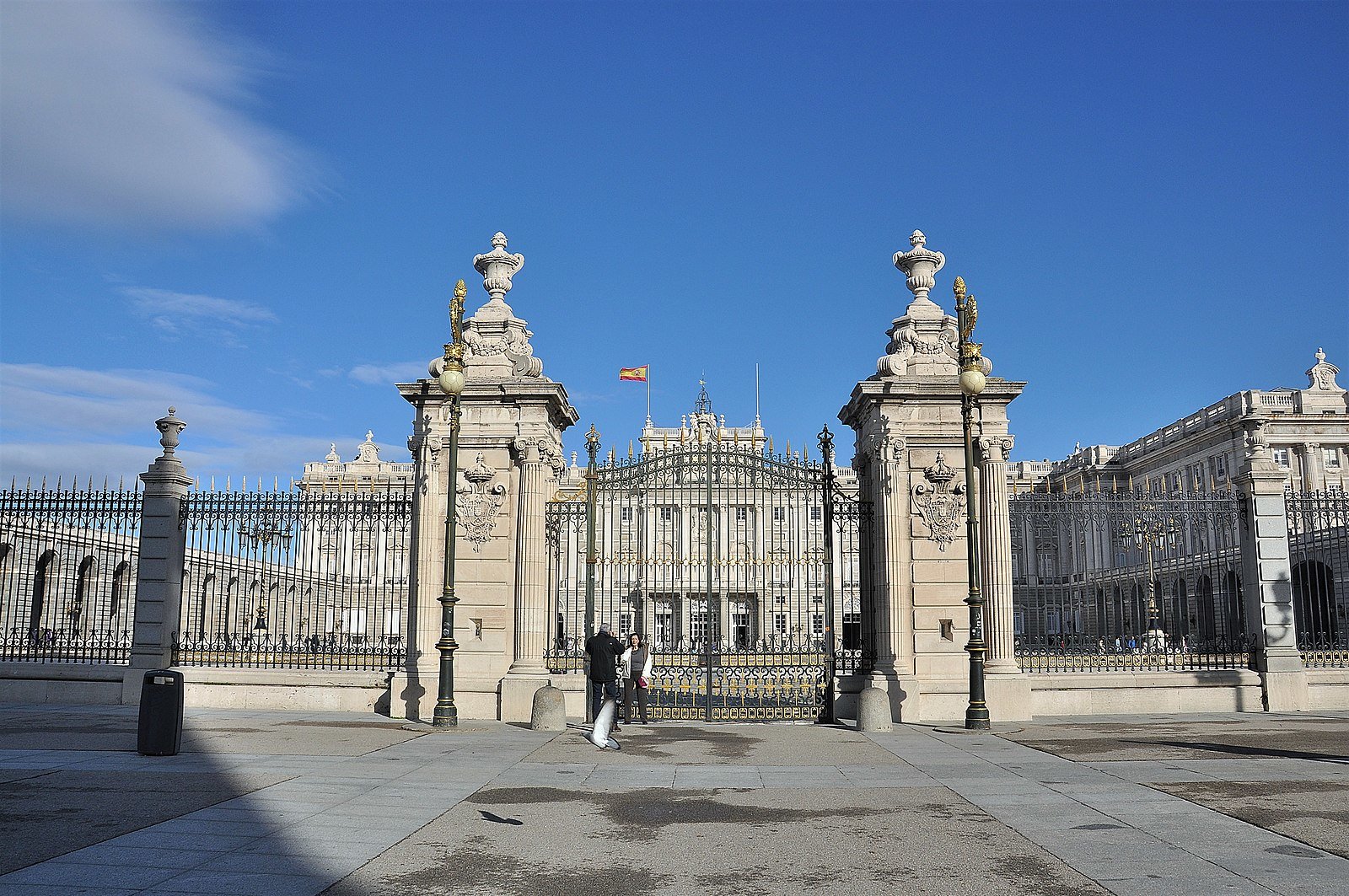 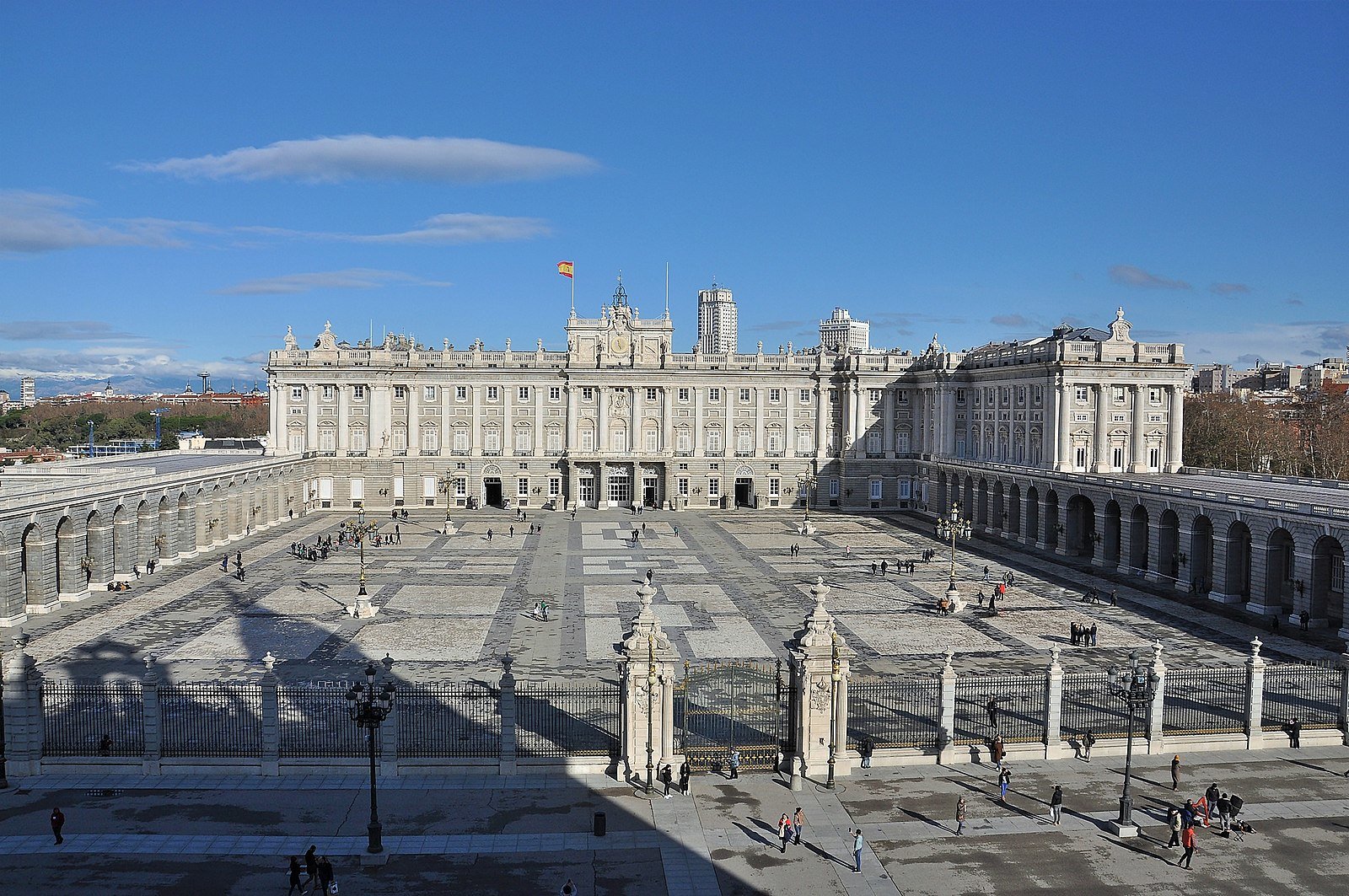 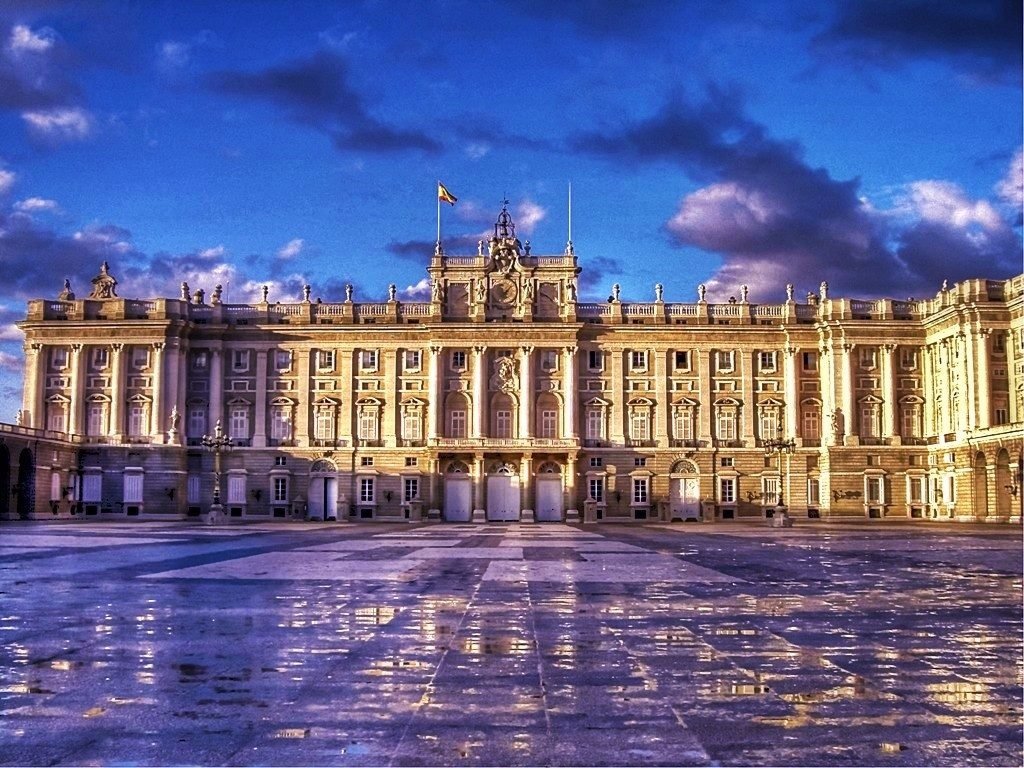 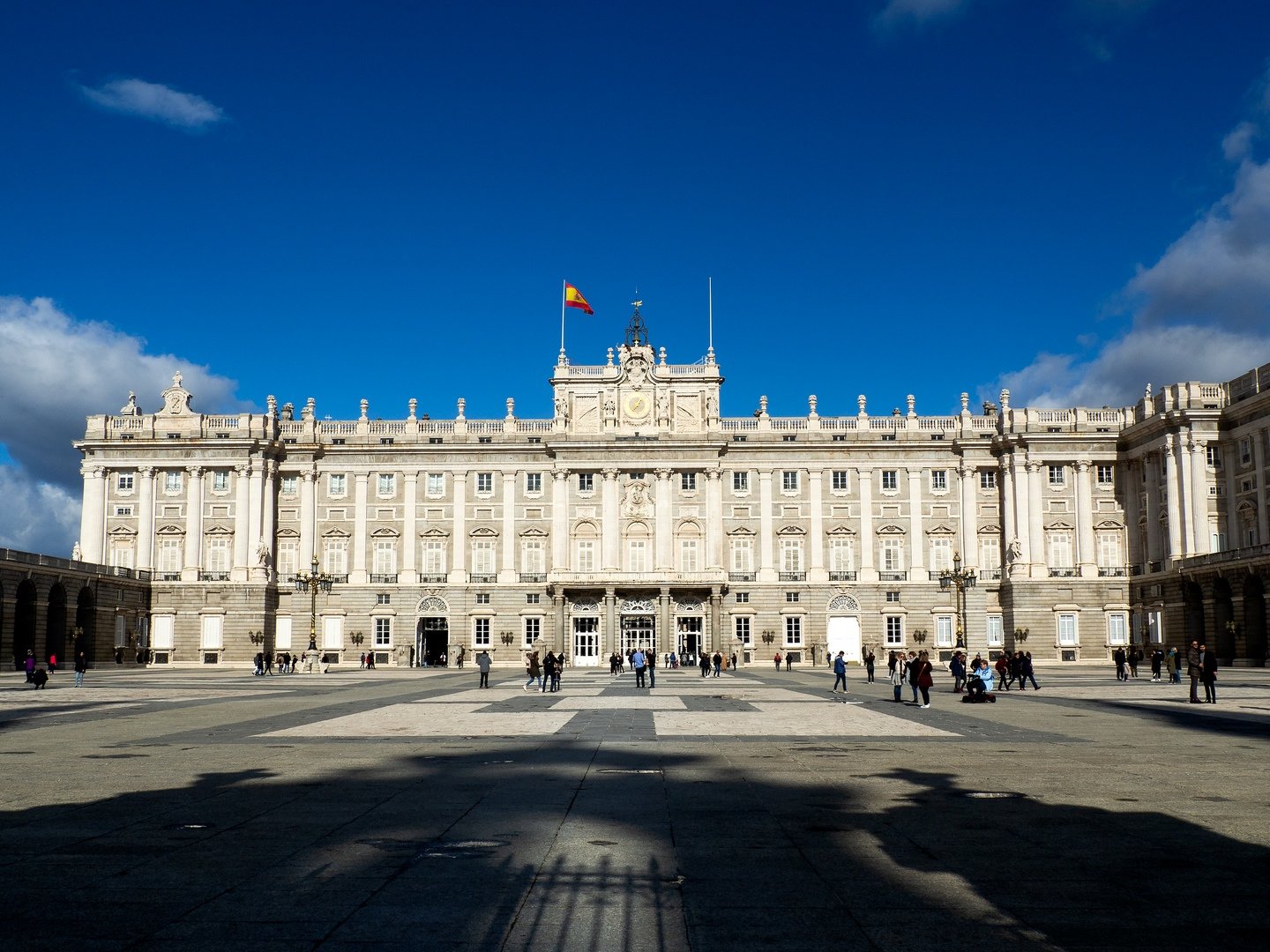