×
What are you looking for?
See all results
Museums in Bath 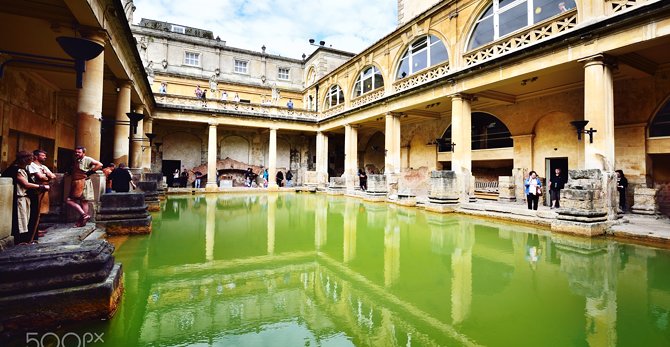 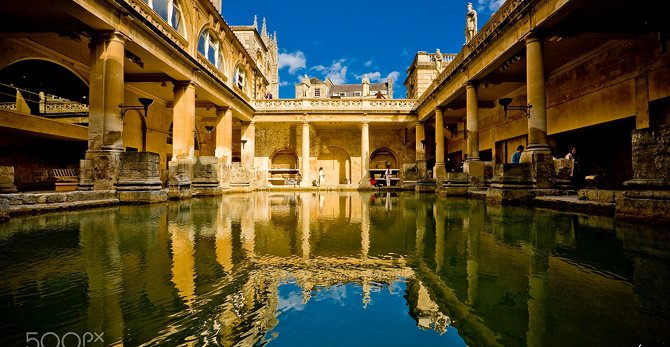 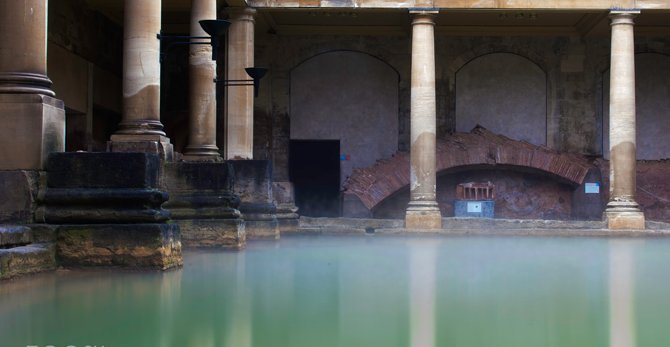 The Roman Baths complex is a site of historical interest in the English city of Bath. The house is a well-preserved Roman site for public bathing.

The Roman Baths themselves are below the modern street level. There are four main features: the Sacred Spring, the Roman Temple, the Roman Bath House and the Museum, holding finds from Roman Bath. The buildings above street level date from the 19th century.

The Baths are a major tourist attraction and, together with the Grand Pump Room, receive more than one million visitors a year. It was featured on the 2005 TV program Seven Natural Wonders as one of the wonders of the West Country. Visitors can see the Baths and Museum but cannot enter the water. An audio guide is available in 12 languages.

How the hot springs form at the Bathhouse

The water which bubbles up from the ground at Bath falls as rain on the nearby Mendip Hills. It percolates down through limestone aquifers to a depth of between 2,700 and 4,300 metres (8,900 and 14,100 ft) where geothermal energy raises the water temperature to between 69 and 96 °C (156.2 and 204.8 °F). Under pressure, the heated water rises to the surface along fissures and faults in the limestone. This process is similar to an artificial one known as Enhanced Geothermal System which also makes use of the high pressures and temperatures below the Earth's crust. Hot water at a temperature of 46 °C (114.8 °F) rises here at the rate of 1,170,000 litres (257,364 imp gal) every day, from a geological fault (the Pennyquick fault). In 1983 a new spa water bore-hole was sunk, providing a clean and safe supply of spa water for drinking in the Pump Room.

The first shrine at the site of the hot springs was built by Celts, and was dedicated to the goddess Sulis, whom the Romans identified with Minerva. Geoffrey of Monmouth in his largely fictional Historia Regum Britanniae describes how in 836 BC the spring was discovered by the British king Bladud who built the first Moorish baths. Early in the 18th century Geoffrey's obscure legend was given great prominence as a royal endorsement of the waters' qualities, with the embellishment that the spring had cured Bladud and his herd of pigs of leprosy through wallowing in the warm mud.

How the Romans used the building

The name Sulis continued to be used after the Roman invasion, leading to the town's Roman name of Aquae Sulis ("the waters of Sulis"). The temple was constructed in 60-70 AD and the bathing complex was gradually built up over the next 300 years. During the Roman occupation of Britain, and possibly on the instructions of Emperor Claudius, engineers drove oak piles to provide a stable foundation into the mud and surrounded the spring with an irregular stone chamber lined with lead. In the 2nd century it was enclosed within a wooden barrel-vaulted building, and included the caldarium (hot bath), tepidarium (warm bath), and frigidarium (cold bath). After the Roman withdrawal from Britain in the first decade of the 5th century, these fell into disrepair and were eventually lost due to silting up, and flooding. The Anglo-Saxon Chronicle suggests the original Roman baths were destroyed in the 6th century.

About 130 curse tablets have been found. Many of the curses related to thefts of clothes whilst the victim was bathing.

The baths have been modified on several occasions, including the 12th century when John of Tours built a curative bath over the King's Spring reservoir and the 16th century when the city corporation built a new bath (Queen's Bath) to the south of the Spring. The spring is now housed in 18th-century buildings, designed by architects John Wood, the Elder and John Wood, the Younger, father and son. Visitors drank the waters in the Grand Pump Room, a neo-classical salon which remains in use, both for taking the waters and for social functions. Victorian expansion of the baths complex followed the neo-classical tradition established by the Woods. In 1810 the Hot Springs failed and William Smith opened up the Hot Bath Spring to the bottom, where he found that the spring had not failed but had flowed into a new channel. Smith restored the water to its original course and the Baths filled in less time than formerly.

The visitor entrance is via an 1897 concert hall by J M Brydon. It is an eastward continuation of the Grand Pump Room with a glass-domed centre and single-storey radiused corner. The Grand Pump Room was begun in 1789 by Thomas Baldwin. He resigned in 1791 and John Palmer continued the scheme until its completion in 1799. The elevation on to Abbey Church Yard has a centre piece of four engaged Corinthian columns with entablatures and pediment. It has been designated by Historic England as a grade I listed building. The north colonnade was also designed by Thomas Baldwin. The south colonnade is similar but had an upper floor added in the late 19th century. The museum and Queen's Bath including the "Bridge" spanning York Street to the City Laundry were by Charles Edward Davis in 1889. It comprises a southward extension to the Grand Pump Room, in which some remains of the C17 Queen's Bath are merged.

The museum houses artefacts from the Roman period including objects which were thrown into the Sacred Spring, presumably as offerings to the goddess. These include more than 12,000 Roman currency coins which is the largest collective votive deposit known from Britain. A gilt bronze head of the goddess Sulis Minerva, which was discovered nearby in 1727, is displayed.

The Bath Roman Temple stood on a podium more than two metres above the surrounding courtyard, approached by a flight of steps. On the approach there were four large, fluted Corinthian columns supporting a frieze and decorated pediment above. The pediment, parts of which are displayed in the museum, is the triangular ornamental section, 26 feet (7.9 m) wide and 8 feet (2.4 m) from the apex to the bottom, above the pillars on the front of the building. It featured the very powerful central image of the Gorgon’s head glowering down from a height of 15 metres on all who approached the temple.The great head itself has snakes entwined within its beard, wings above its ears, beetling brows and a heavy moustache although there is some controversy about what this really represents as Gorgons are usually female. An alternative interpretation sees the central head as the image of a water god such as the image of Oceanus, and yet another as a Celtic sun god. In early 2010 various stones on the pediment were conserved and rearranged.

Also on display are the remains of the elaborate hypocaust heating system which served the sweat rooms.

In 2016 planning permission was received for a new learning centre aimed at school children and linked to the baths by a tunnel. Funding is being sought from the Heritage Lottery Fund and, if successful, it is hoped the centre will open in 2019.

The late 19th century carvings of Roman Emperors and Governors of Roman Britain on the terrace overlooking the Great Bath are particularly susceptible to the effect of acid rain and are being protected with a wash of a sacrificial shelter coat every few years. Exhibits within the temple precincts are susceptible to warm air which had the effect of drawing corrosive salts out of the Roman stonework. To help reduce this, a new ventilation system was installed in 2006.

In 2009 a grant of £90,000 was made to Bath and North East Somerset Council to contribute towards the cost of re-developing displays and improving access to the Roman Baths, by the Department for Culture, Media and Sport/Wolfson Fund, which was established to promote improvements in Museums and Galleries in England.

Bath was charged with responsibility for the hot springs in a Royal Charter of 1591 granted by Elizabeth I. This duty has now passed to Bath and North East Somerset Council, who carry out monitoring of pressure, temperature and flow rates. The thermal waters contain sodium, calcium, chloride and sulphate ions in high concentrations.

The water that flows through the Roman Baths is considered unsafe for bathing, partly due to its having passed through the still-functioning original lead pipes, and up until World War II, it was advertised on the basis of the radioactivity it contained. However, the more significant danger is now considered to be infectious diseases. In October 1978, a young girl swimming with the Bath Dolphins, a local swimming club, in the restored Roman Bath contracted meningitis and died, leading to the closure of the bath for several years. Tests showed that Naegleria fowleri, an extremely dangerous disease-causing amoeba, was in the water. The newly constructed Thermae Bath Spa nearby, designed by Nicholas Grimshaw and Partners, and the refurbished Cross Bath allow modern-day bathers to experience the waters via a series of more recently drilled boreholes.

Tips & Hints
Arrange By:
Popular first New first
Josh Wood Productions
The complex is a site of historical interest in the English city of Bath. The house is a well-preserved Roman site for public bathing. The Roman Baths themselves are below the modern street level.
高手놀리밑™
Try the spring water at the end of the tour! Free for ticket holders
Load more comments
foursquare.com

The Roman Baths on Foursquare

Thermae Bath Spa is a modern spa in the city of Bath, England, opened

Royal Victoria Park is located in Bath, England. It was opened in

Prior Park Landscape Garden is an 18th-century landscape garden, 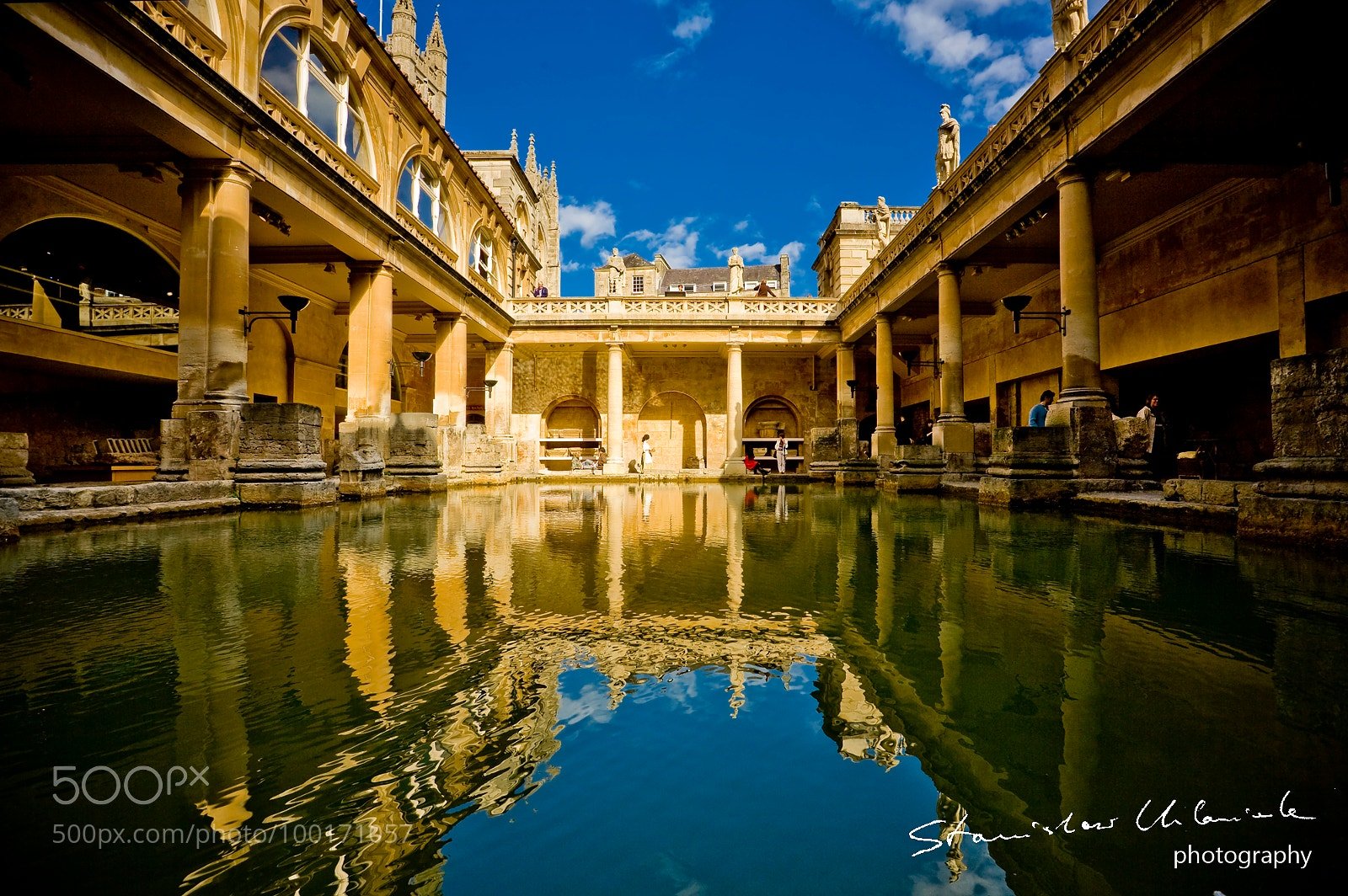 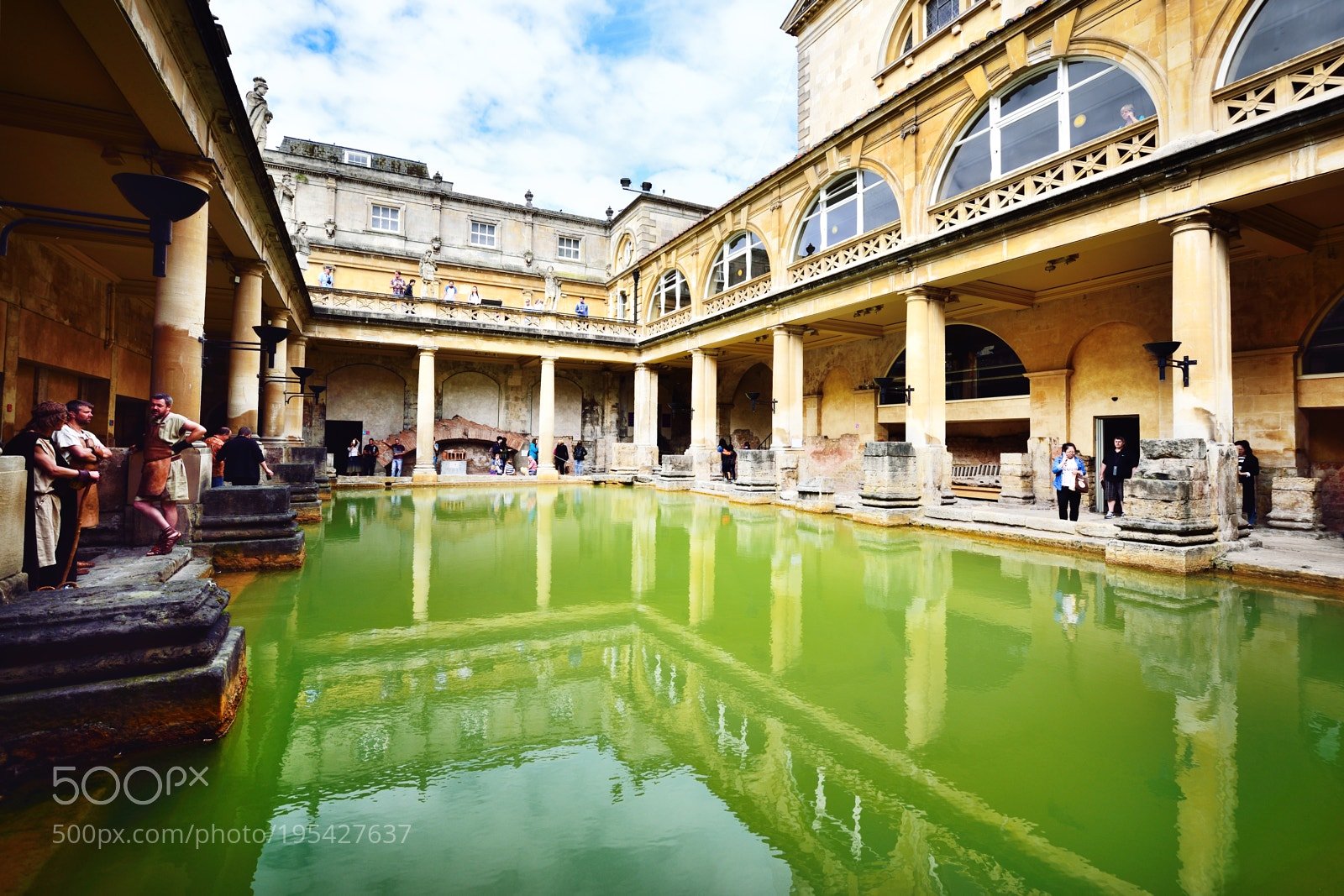 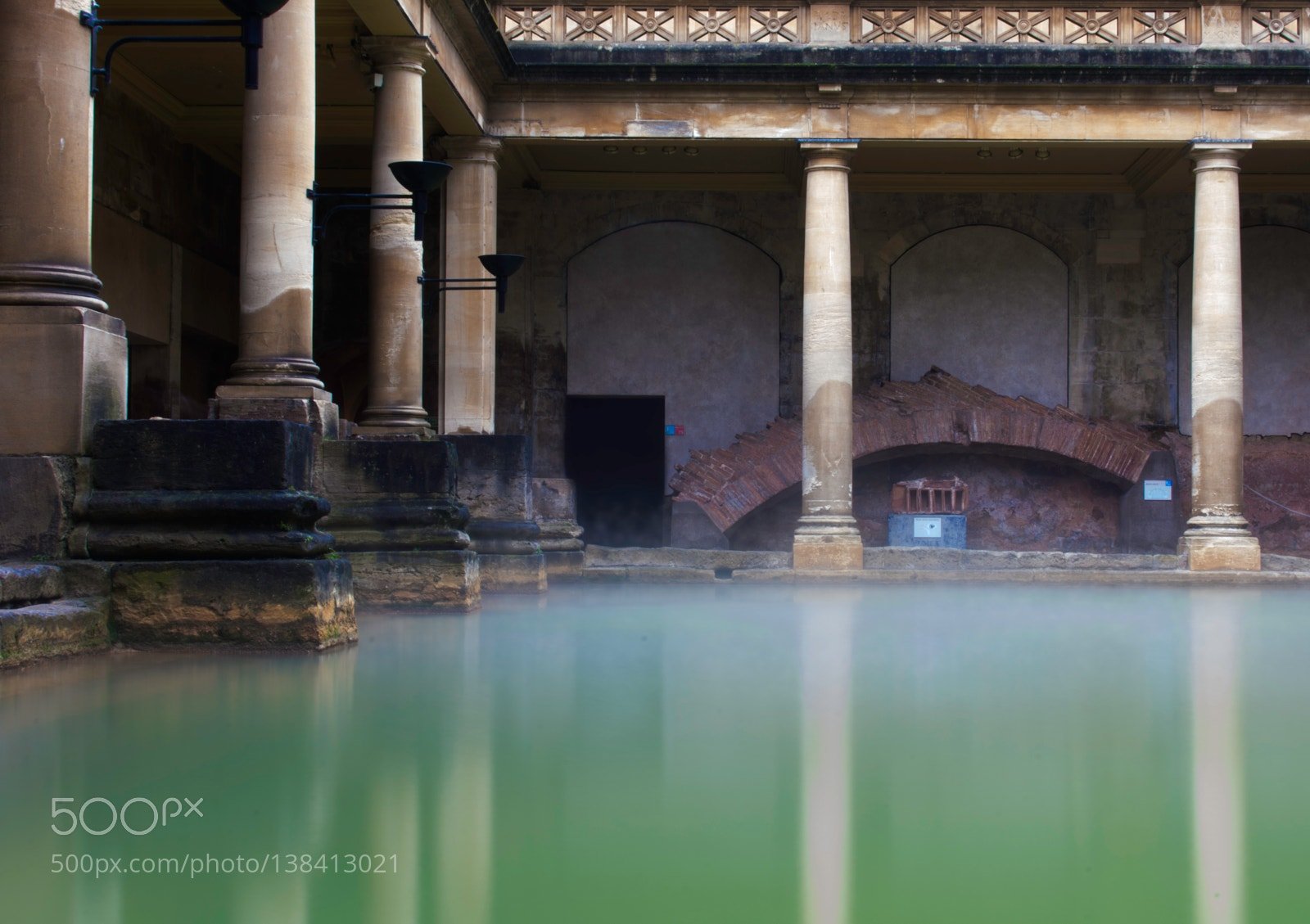 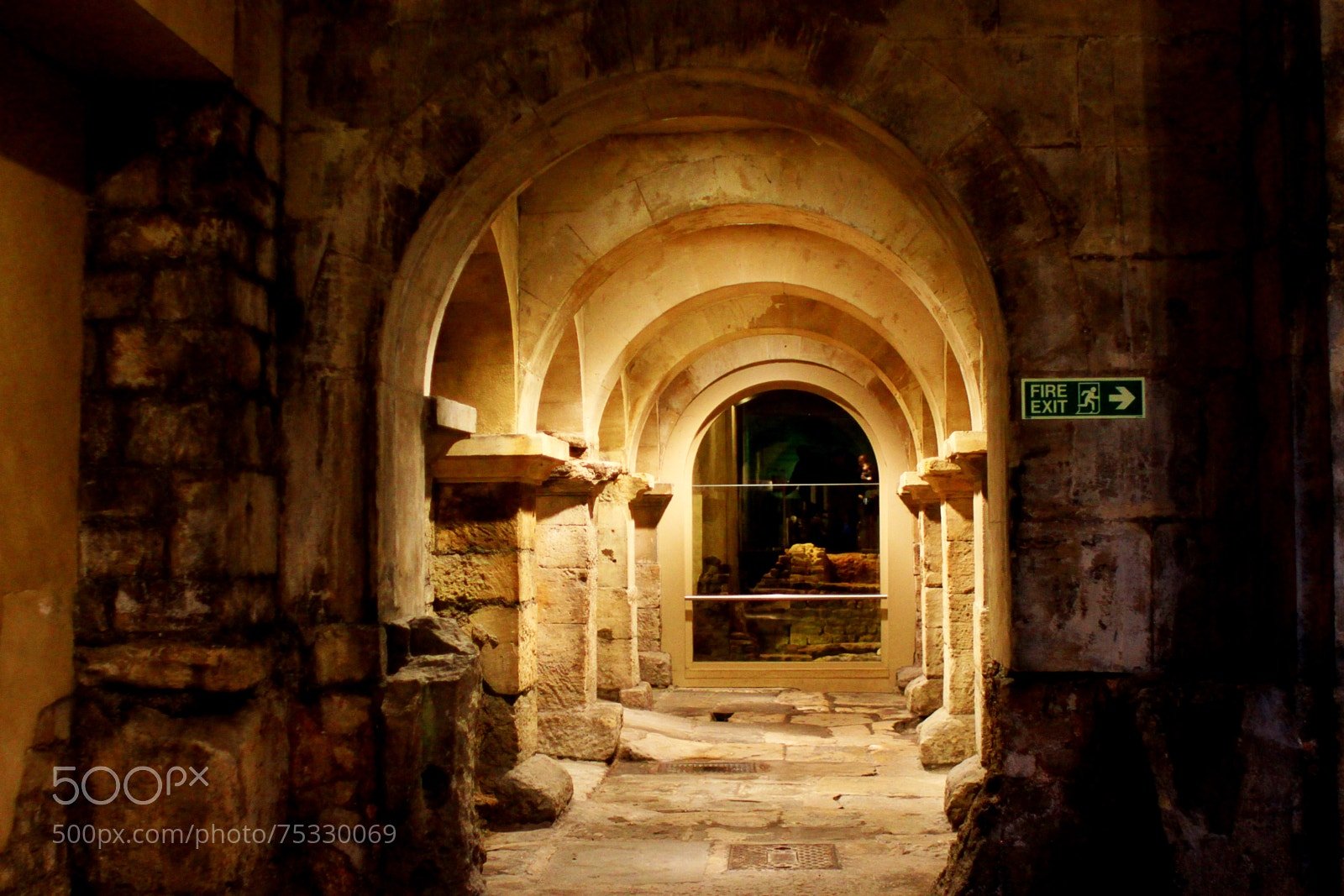 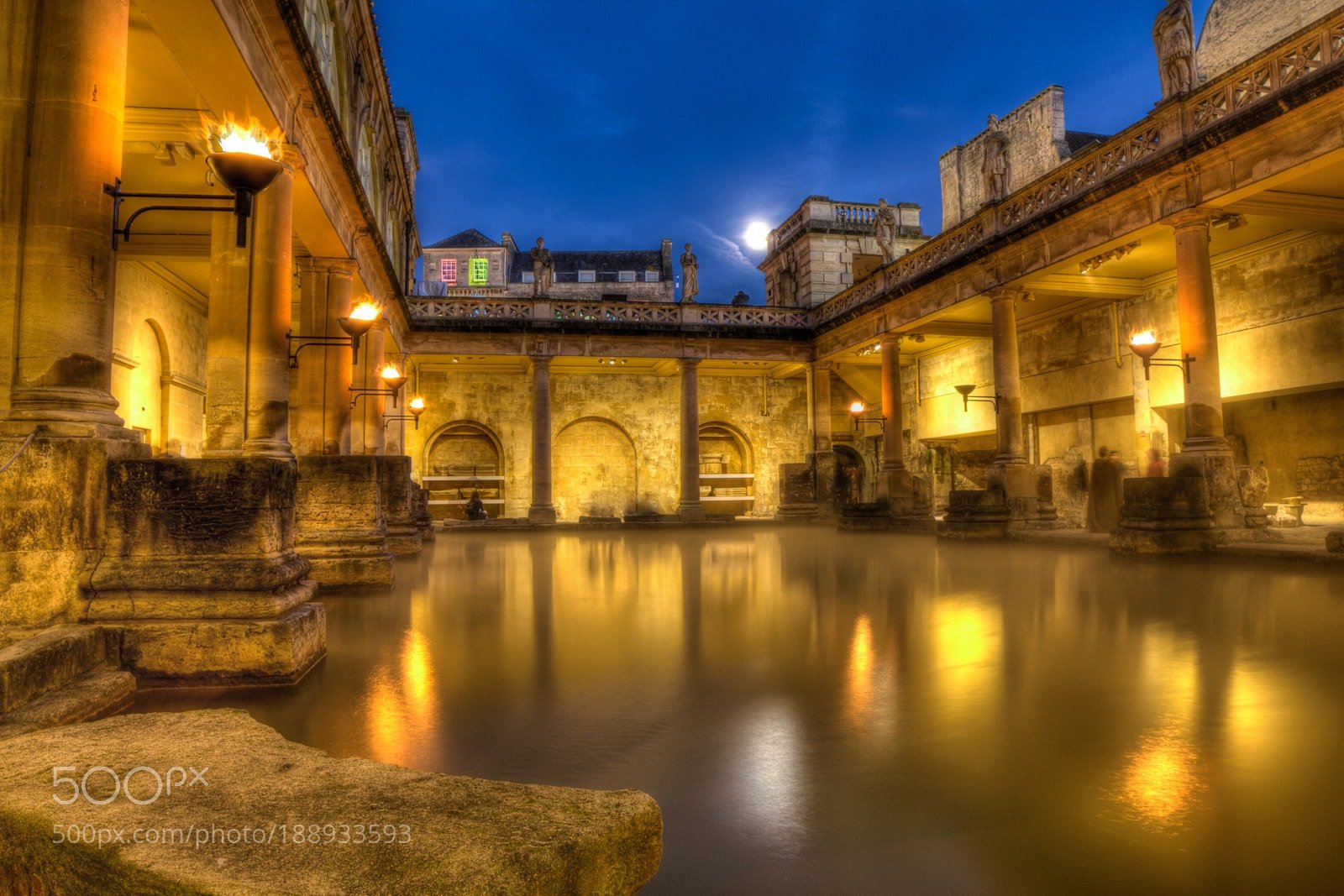 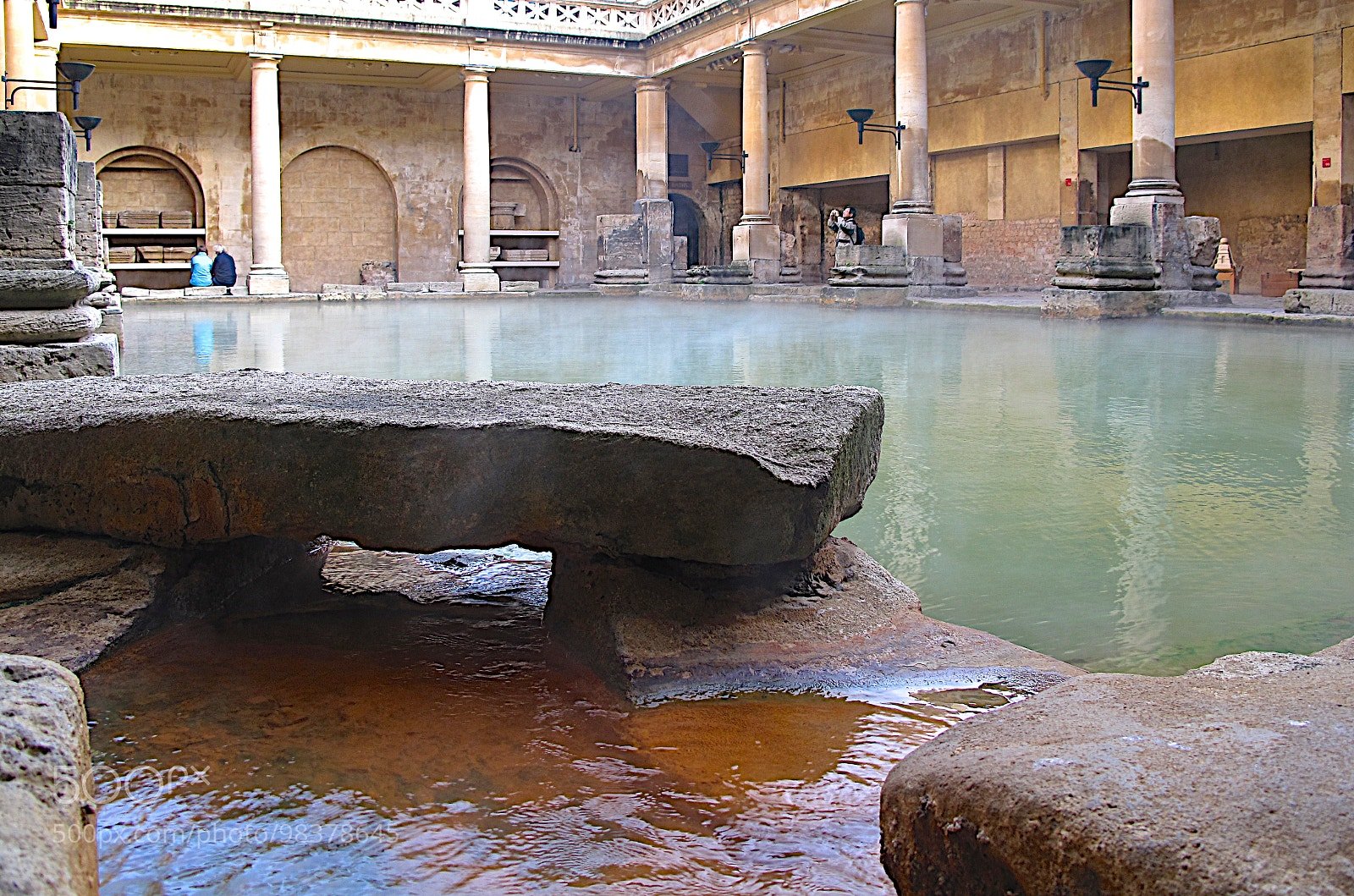 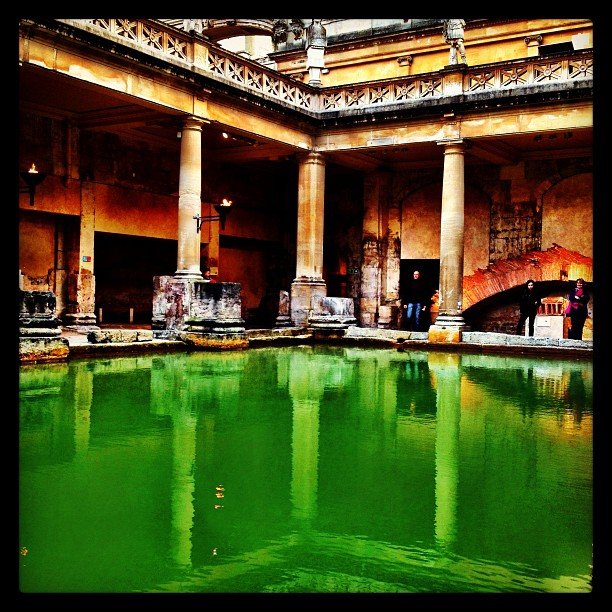 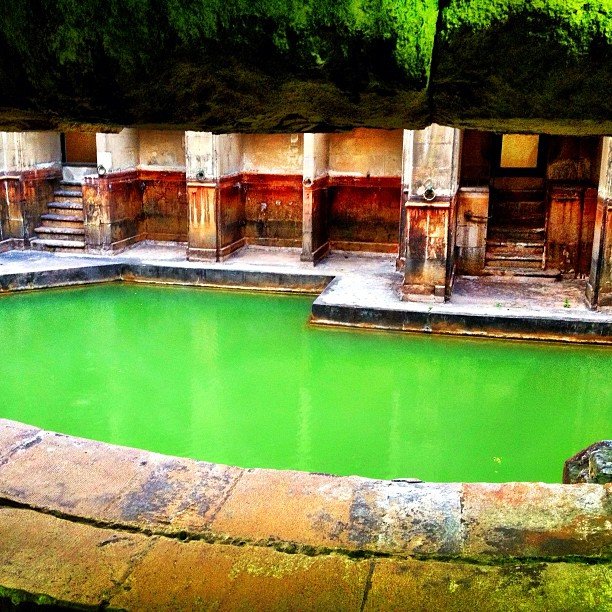 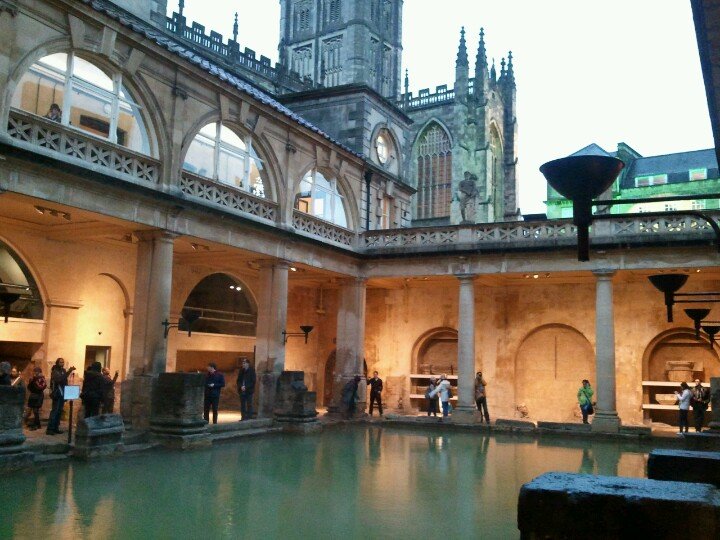