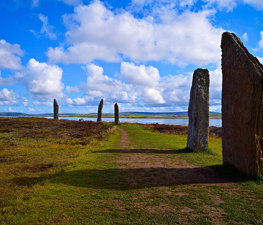 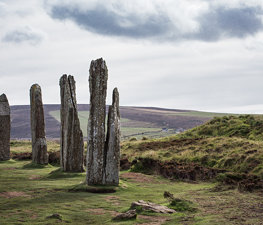 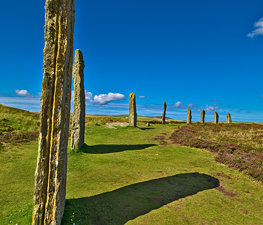 The Ring of Brodgar (or Brogar, or Ring o' Brodgar) is a Neolithic henge and stone circle on the Mainland, the largest island in Orkney, Scotland. It is part of the UNESCO World Heritage Site known as the Heart of Neolithic Orkney

Most henges don't contain stone circles; Brodgar is a striking exception, ranking with Avebury (and to a lesser extent Stonehenge) among the greatest of such sites. The ring of stones stands on a small isthmus between the Lochs of Stenness and Harray. These are the northernmost examples of circle henges in Britain. Unlike similar structures such as Avebury, there are no obvious stones inside the circle, but since the interior of the circle has never been excavated by archaeologists, the possibility remains that wooden items, for example, may be present. The site has resisted attempts at scientific dating and the monument's age remains uncertain. However, it is generally thought to have been erected between 2500 BC and 2000 BC, and was, therefore, the last of the great Neolithic monuments built on the Ness. A project called The Ring of Brodgar Excavation 2008 was undertaken in the summer of the year in an attempt to settle the age issue and help answer other questions about a site that remains relatively poorly understood. The results of the excavation are still preliminary.

The circle is 104 metres (341 ft) in diameter, and the third largest in the British Isles. The ring originally comprised 60 stones, of which only 27 remained standing at the end of the 20th century. The tallest stones stand at the south and west of the ring. The stones are set within a circular ditch up to 3 metres (9.8 ft) deep, 9 metres (30 ft) wide and 380 metres (1,250 ft) in circumference that was carved out of the solid sandstone bedrock by the ancient residents. Technically, this ditch does not constitute a true henge as there is no sign of an encircling bank of earth and rock. However, many archaeologists continue to refer to this structure as a henge; for example, Aubrey Burl classifies the ditch as a Class II henge; one that has two opposing entrances, in this case on the north-west and south-east. Henge monuments are apparently unique to the British Isles and to the 3rd millennium BC.

Examination of the immediate environs reveals a concentration of ancient sites, making a significant ritual landscape. Within 2 square miles (5.2 km2) there are the two circle-henges, four chambered tombs, groups of standing stones, single stones, barrows, cairns, and mounds. The immediate area has also yielded a number of flint arrowheads and broken stone mace-heads that seem to date from the Bronze Age. Although its exact purpose is not known, the proximity of the Standing Stones of Stenness and its Maeshowe tomb make the Ring of Brodgar a site of major importance. The site is a scheduled ancient monument and has been recognized as part of the "Heart of Neolithic Orkney" World Heritage Site in 1999.

‘The Heart of Neolithic Orkney’ was inscribed as a World Heritage site in December 1999. In addition to the Ring of Brodgar, the site includes Maeshowe, Skara Brae, the Standing Stones of Stenness and other nearby sites. It is managed by Historic Scotland, whose 'Statement of Significance' for the site begins:

The monuments at the heart of Neolithic Orkney and Skara Brae proclaim the triumphs of the human spirit in early ages and isolated places. They were approximately contemporary with the mastabas of the archaic period of Egypt (first and second dynasties), the brick temples of Sumeria, and the first cities of the Harappa culture in India, and a century or two earlier than the Golden Age of China. Unusually fine for their early date, and with a remarkably rich survival of evidence, these sites stand as a visible symbol of the achievements of early peoples away from the traditional centres of civilisation...The Ring of Brodgar is the finest known truly circular late Neolithic or early Bronze Age stone ring and a later expression of the spirit which gave rise to Maeshowe, Stenness and Skara Brae

The first formal survey of the Ring of Brodgar and surrounding antiquities was performed in 1849 by Royal Navy Captain F.W.L. Thomas of HM cutter Woodlark. Captain Thomas was in the area drawing up Admiralty Charts in 1848-49, and he and his crew performed archaeological surveys as well resulting in the publication in 1852 of The Celtic Antiquities of Orkney.

Excavations by Orkney College at the nearby Ness of Brodgar site between the Ring and the Stones of Stenness have uncovered several buildings, both ritual and domestic and the works suggest there are likely to be more in the vicinity. Pottery, bones, stone tools and a polished stone mace head have also been discovered. Perhaps the most important find is the remains of a large stone wall which may have been 100 metres (330 ft) long and up to 6 metres (20 ft) wide. It appears to traverse the entire peninsula the site is on and may have been a symbolic barrier between the ritual landscape of the Ring and the mundane world around it.

Invaders from Scandinavia reached Orkney by the 9th century, bringing a complex theology that they imposed on the preexisting Orcadian monuments; at least according to local legend. For example, the Ring of Brodgar and the Standing Stones of Stenness were allegedly known as the Temple of the Sun and Moon respectively. Young people supposedly made their vows and prayed to Woden at these "temples" and at the so-called "Odin Stone" that lay between the stone circles until it was destroyed by a farmer in 1814. Others view these fanciful names with skepticism; Sigurd Towrie suggests that "they were simply erroneous terms applied by the antiquarians of the 18th or 19th centuries - romantic additions, in the same vein as the infamous "Druid's Circle" and "Sacrificial Altar"." At the very least, several of the stones at Brodgar contain runic carvings that were left by Nordic peoples.

Burl notes that the diameter of the bank at Brodgar is almost exactly 175 megalithic yards, the same as the inner banks of the Avebury and Newgrange monuments in England and Ireland respectively. The so-called "megalithic yard", at 0.8297 metres (2.722 ft) per MY, is a controversial measure originally proposed by Alexander Thom. Thom's thesis, based on a statistical analysis of Neolithic monuments in the United Kingdom, is that the builders of these sites employed a common unit of measurement, implying a transfer of incredibly precise information that may not have existed, even if it were possible: see Pseudoscientific metrology. Heggie casts doubt on this as well, stating that his careful analysis uncovered "little evidence for a highly accurate unit" and "little justification for the claim that a highly accurate unit was in use". Thom and his father made other controversial contentions, for example, that Brodgar and the burial mounds that surround it were designed specifically as backsights for astronomical observations of the Moon. Graham Ritchie points out that the burial mounds have not been reliably dated, and he casts doubt on the astronomical prowess of the builders.

Euan MacKie suggested that the nearby village of Skara Brae might be the home of a privileged theocratic class of wise men who engaged in astronomical and magical ceremonies at sites like Brodgar and the Stenness. Graham and Anna Ritchie cast doubt on this interpretation noting that there is no archaeological evidence for the claim, although a Neolithic "low road" connects Skara Brae with the magnificent chambered tomb of Maeshowe, passing near Brodgar and Stenness. Low roads connect Neolithic ceremonial sites throughout Britain.

Maggie MacG
This place was amazing! Unfortunately T11 only stops here for 30 minutes. Could have used more time to hike all around and see the ring from ALL of the beautiful vantage points.

Dave Lepkowski
This is a super awesome and informative place to visit. The tour guides that we had were pretty awesome By The Way.

Slynky Cat
Can get very windy and muddy, so wrap up warm and bring Wellies. Views can be spectacular though

Dagmar Doležalová
The atmosphere of of this place
Load more comments
foursquare.com
7.4/10
Kinofdc Wilder and 2,297 more people have been here
I've been here
Add to wishlist

The Ring of Brodgar Stone Circle & Henge on Foursquare 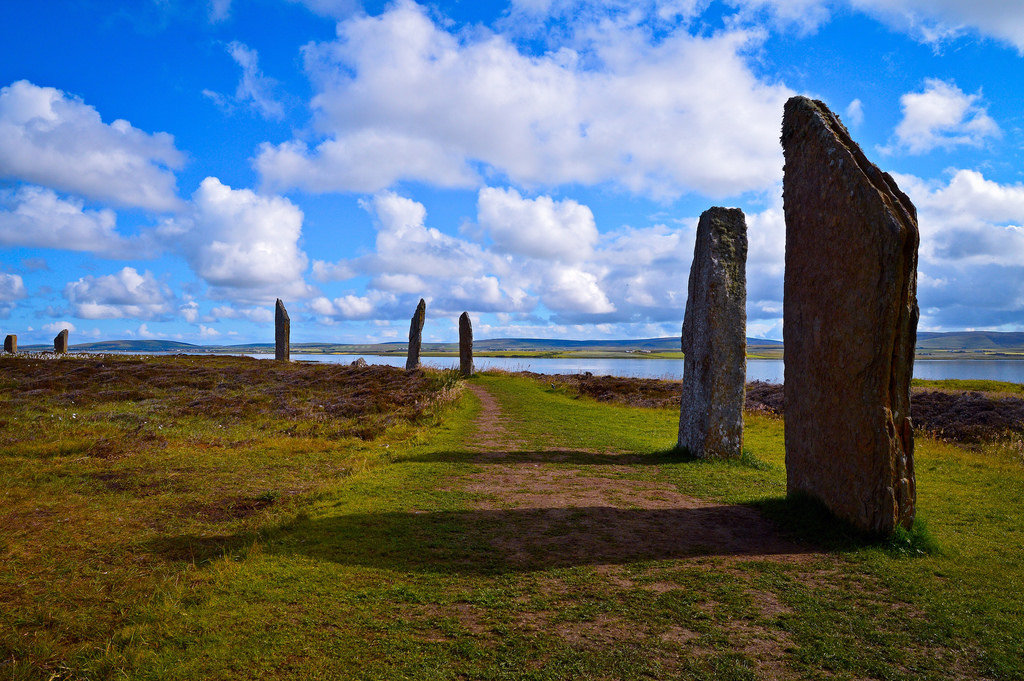 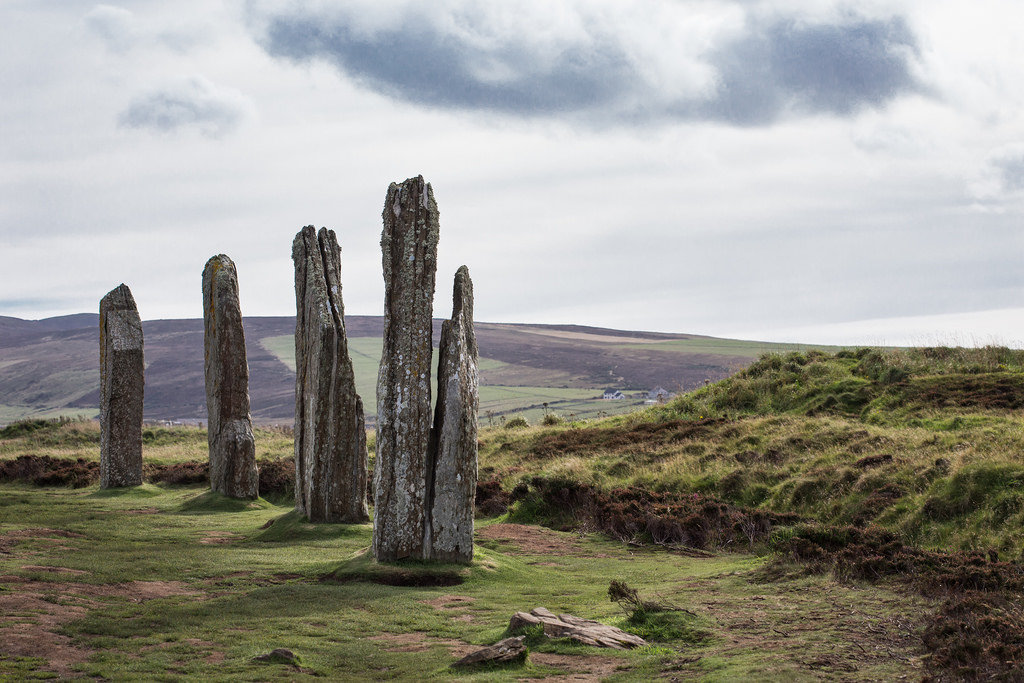 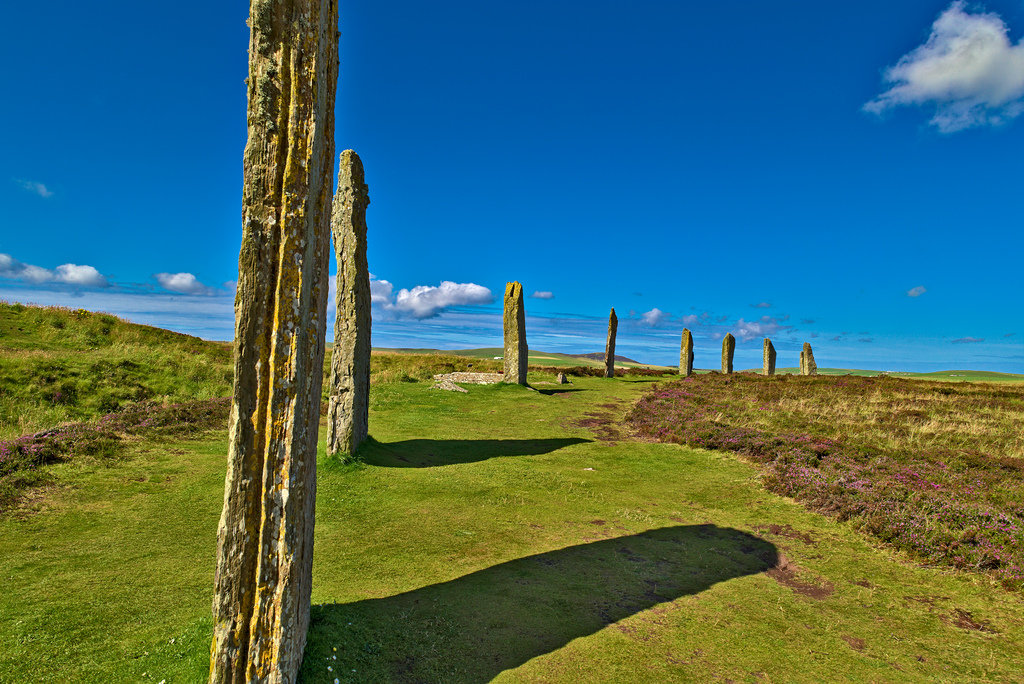 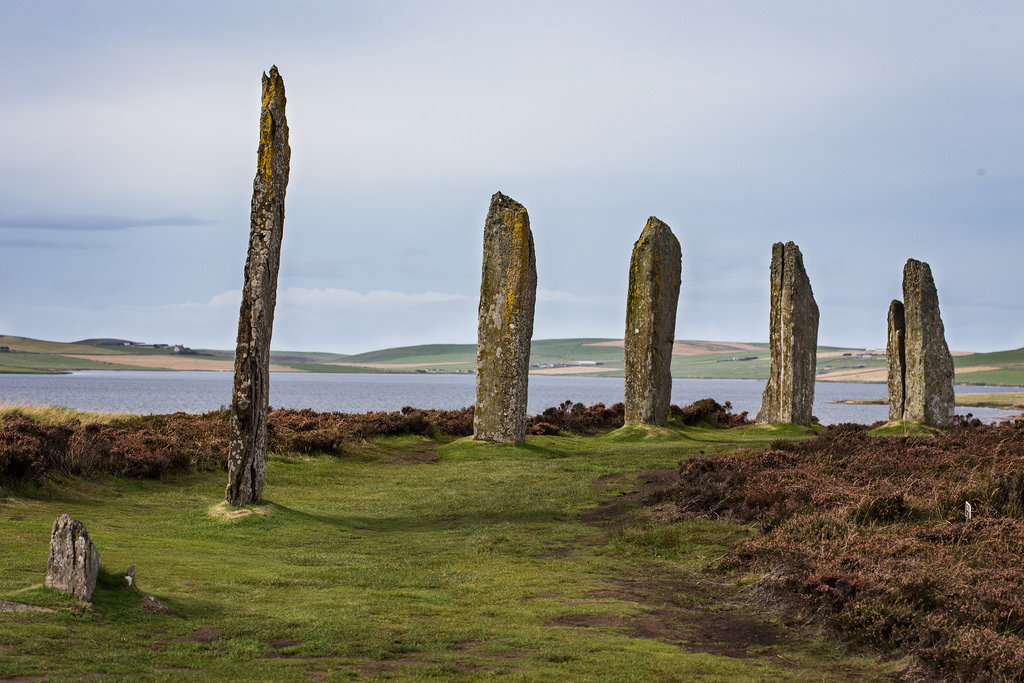 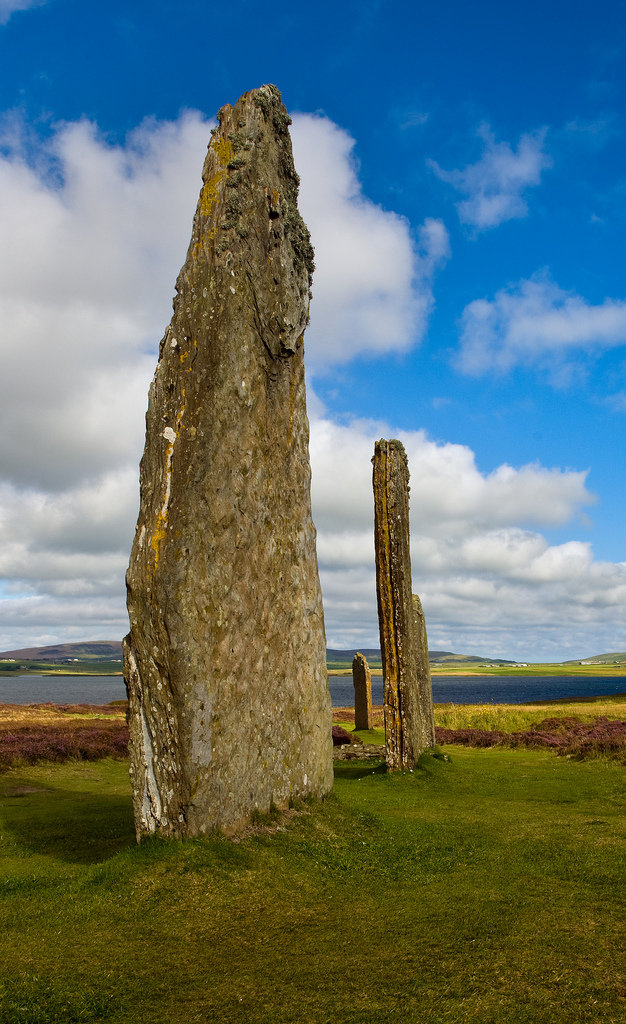 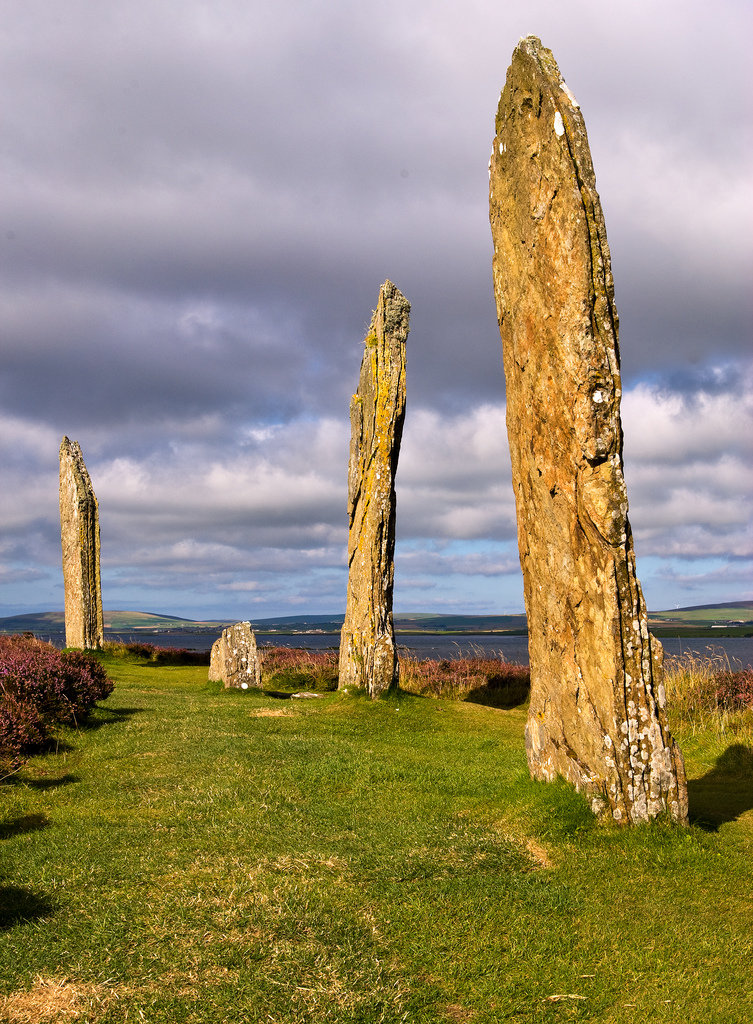 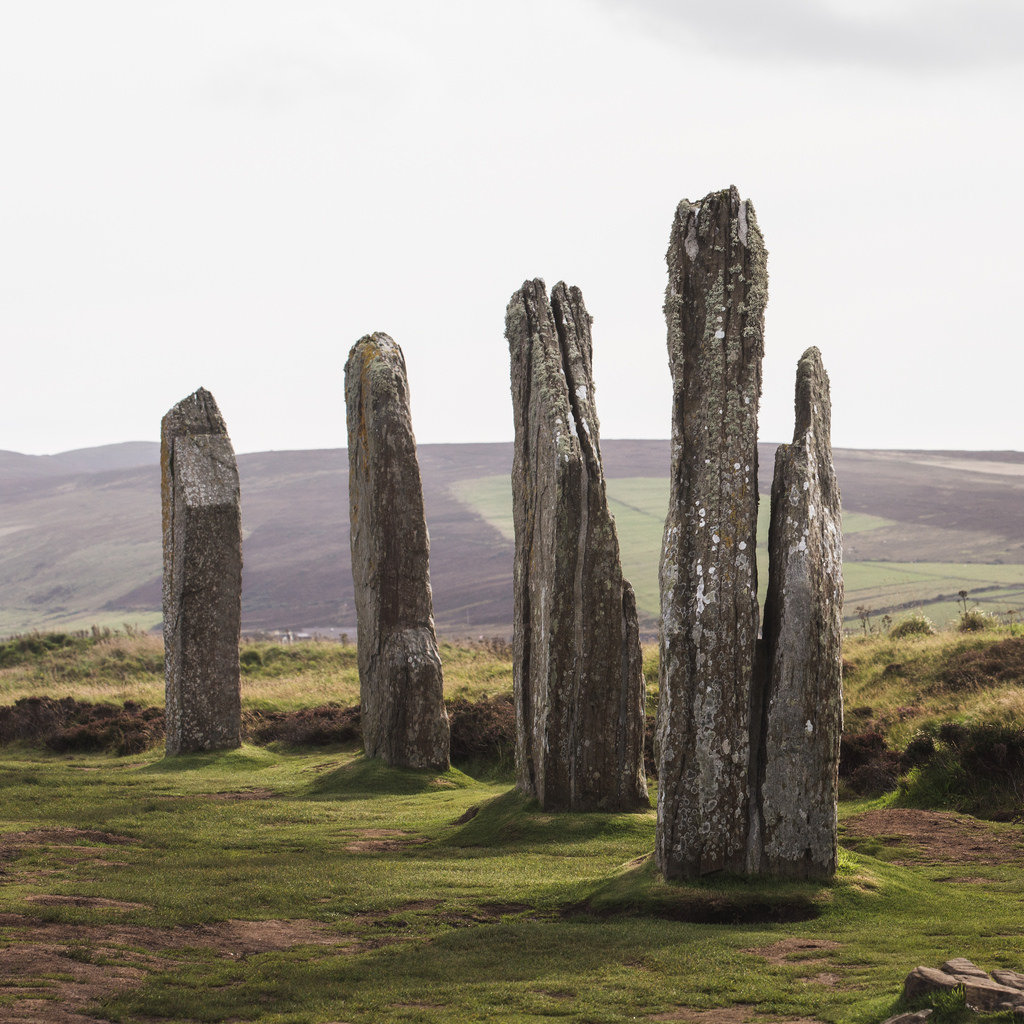 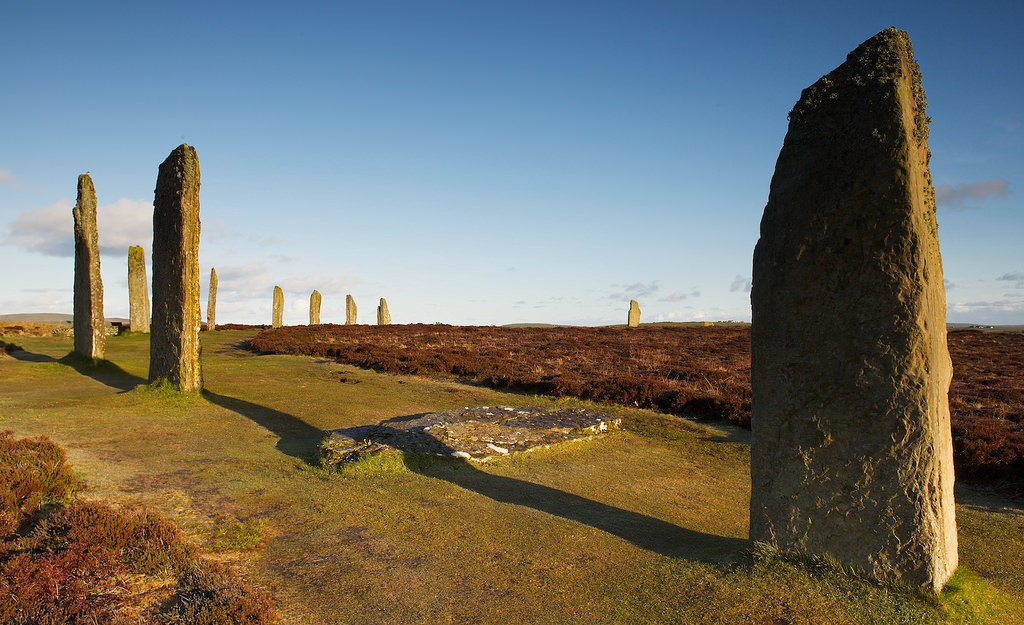 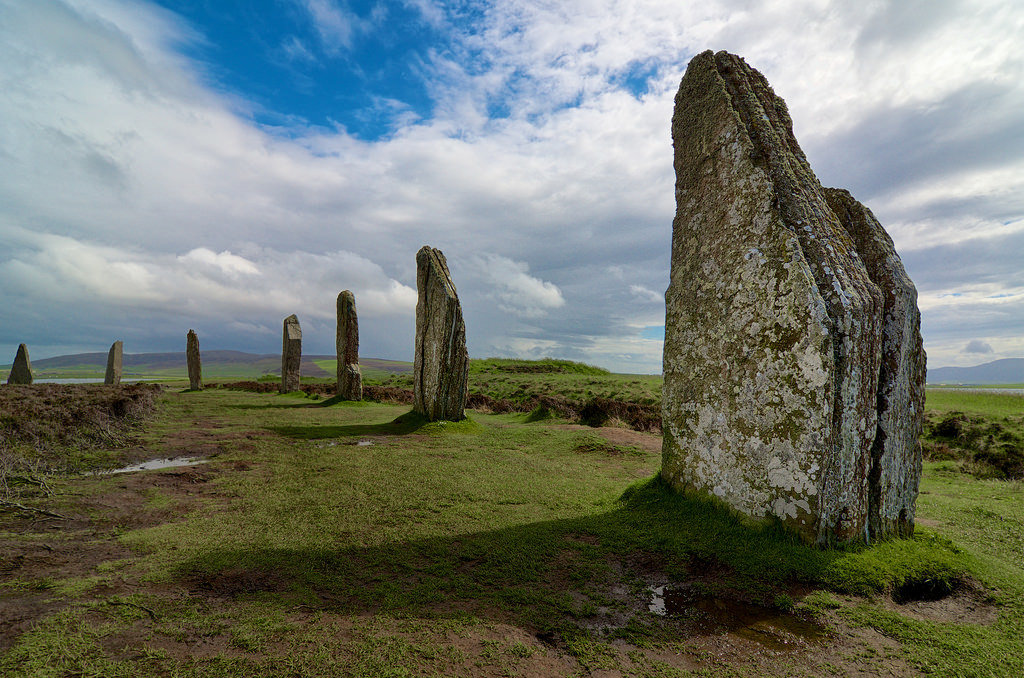 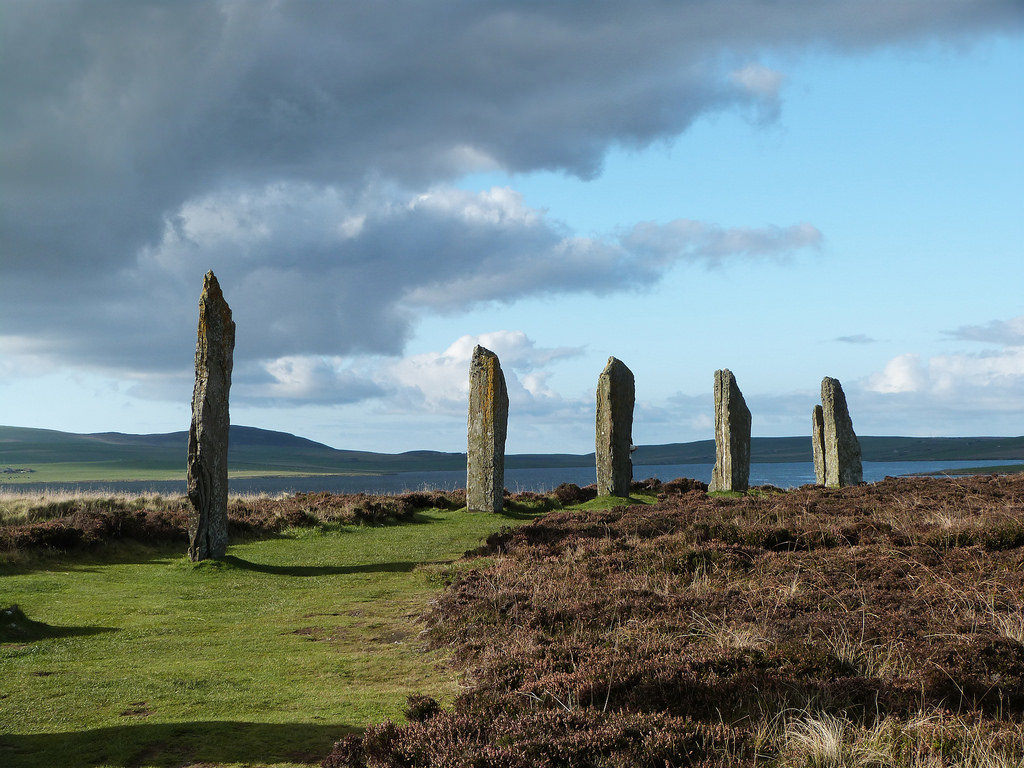 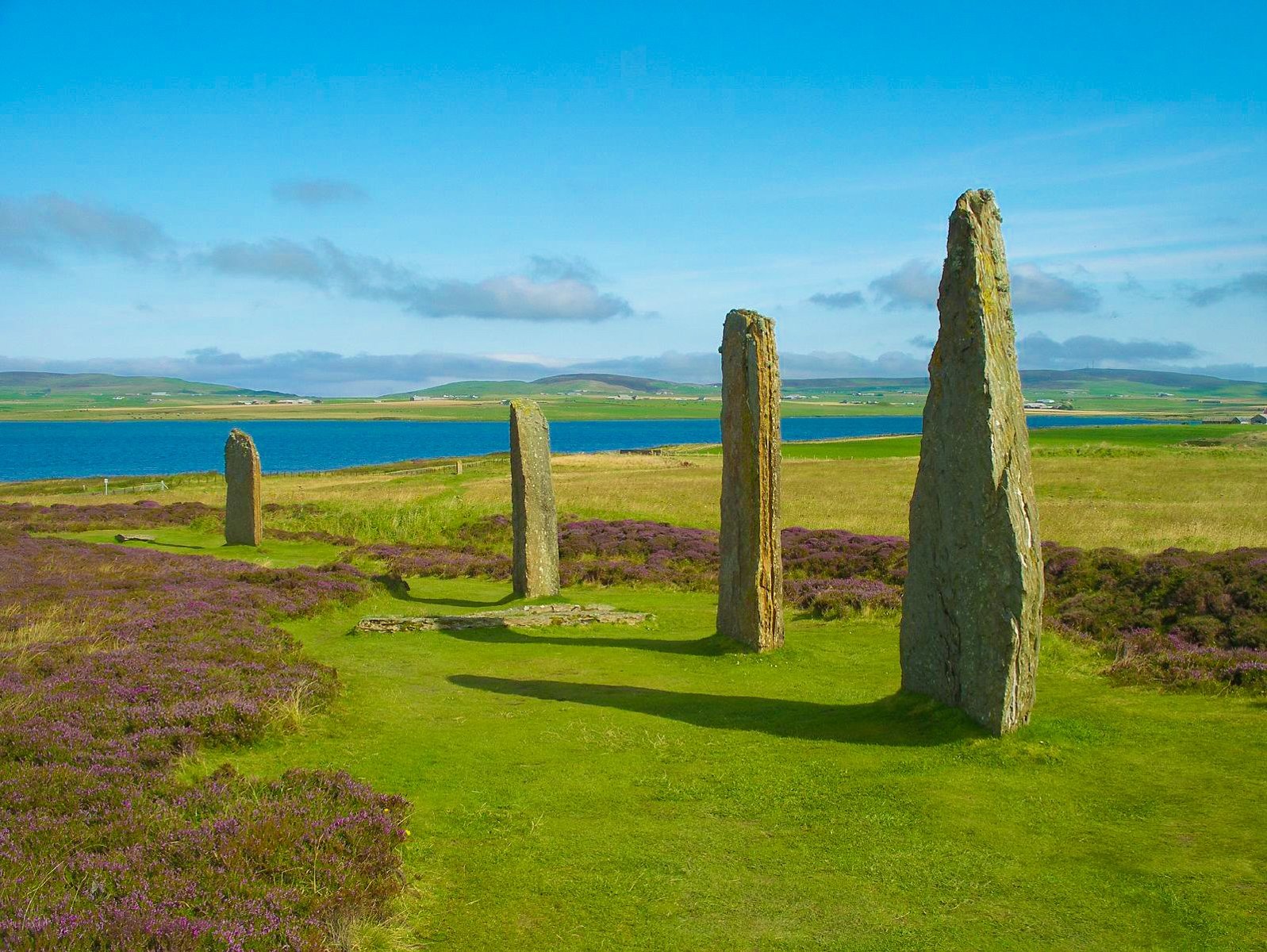 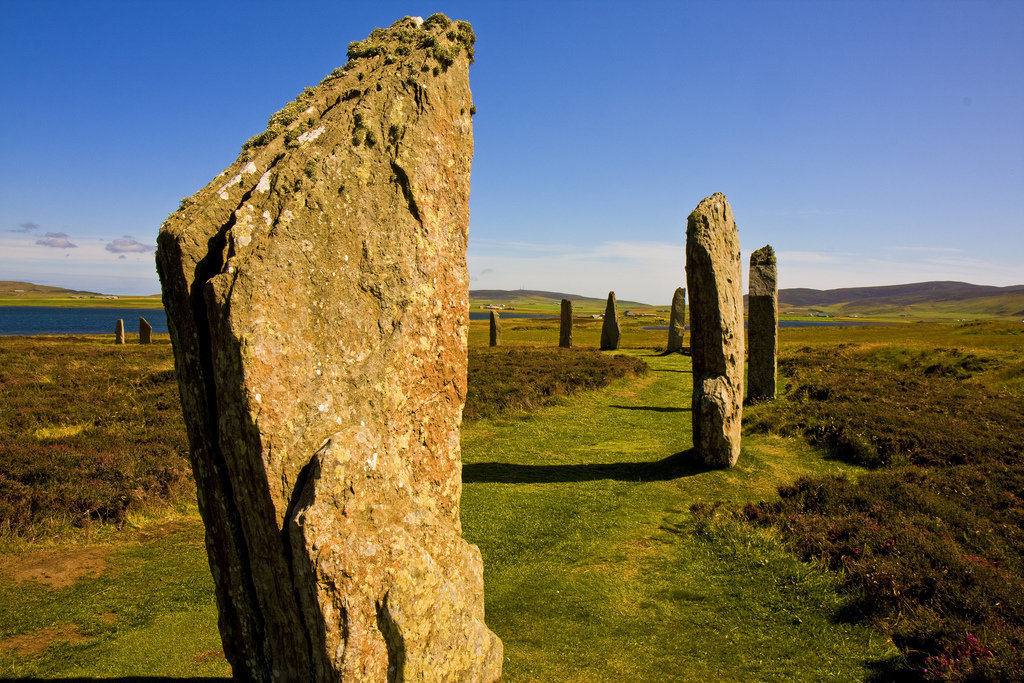