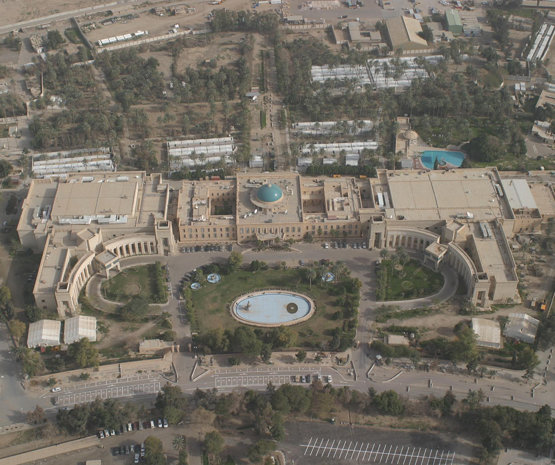 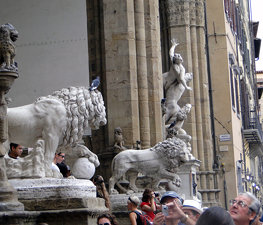 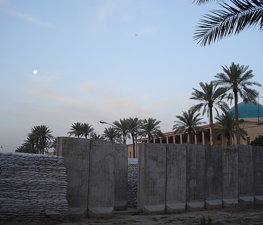 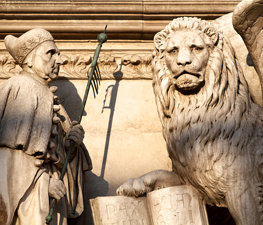 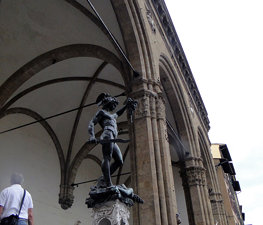 The Republican Palace (Arabic: القصر الجمهوري al-Qaṣr al-Ǧumhūriy) in Iraq is the largest of the palaces commissioned by Saddam Hussein and was his preferred place to meet visiting heads of state. The United States spared the palace during its shock and awe raid during the 2003 invasion of Iraq, in the belief that it might hold valuable documents. The Green Zone developed around it. The palace itself served as the headquarters of the American occupation of Iraq and continues to serve as a primary base of operations for the American diplomatic mission in Iraq pending the construction of the new US Embassy in Baghdad.

Before the new denizens moved in, the Palace was completely vacant and somewhat emptied by looters as some of the heavy brass gilded doors had been taken. This building in particular wasn't the reason that 4/64 Armor (3rd Infantry Division) and 1/6 Infantry (1st Armorded Division) were securing this area. This entire area was home and office to all of the key Ba'ath Party officials and most of the documents and items being sought by the coalition forces. When the coalition forces rolled into this area on April 9 2003, most of the occupants simply fled as fast as they could taking only what they could carry.

As early as April 2003, some of the first tenants had started to occupy office space in the Palace, such as Andrew Goledzinowski (ORHA), of the Australian Foreign Affairs Council, charged with the task of setting up the new Iraqi Ministry of Justice. However, in May 2003, the Republican Palace was still mostly vacant as, until then, no one had realized that it was uncontrolled and space was available on a first-come first-serve basis. Charlie company 3/124 infantry of the Florida Army National Guard settled among the orange groves behind the palace and successfully provided security for the palace and a large portion of the sector from April 2003 to Feb 2004.

The influx of civilians to the Palace was immediate beginning with ORHA, US Department of Defence personnel, US State Department, and their respective contractors including the civilian life-support/logistics contracting company. In about a week, the Palace filled to absolute capacity with people commandeering any and every niche they could find to work in. Because there wasn't yet any central control of the building itself there were cases where people laid claim to the broom and supply closets. Work spaces doubled as sleeping space except in the cases where the office was already filled. It was a common sight when walking the hallways to see someone sleeping on the floor. Because of the heat, it became common to see men and women in various states of undress as they slept while others worked only feet away.

At one point, everyone was moved to the south end and over 300 people were packed into one large room that was affectionately known as "Jurassic Park" because of the constant noise that permeated throughout the halls.

During the time that the ORHA was reorganised into the Coalition Provisional Authority (CPA), new housing areas were assembled in the Palace grounds. People readily moved their sleeping areas out of the offices and halls and into small two-person units at the back of the Palace towards the river. When the changeover of power occurred in June 2004, the CPA went away and the US State Department assumed administrative control of what was now seen as a US asset. The palace now became the temporary US Embassy in Baghdad while the new embassy was being constructed down the road.

In addition to housing office space for the US Embassy staff, the palace also served as headquarters for the Army's Program Management Office (PMO), later Project and Contracting Office (PCO), while the PCO's off-site location was under construction. This lasted for quite some time as there were problems getting their own compound built. For this reason, the relatively new annex on the south wing of the Palace was dubbed the 'PCO Annex.' This was the same annex that a rocket struck on the night before the first elections in January 2005. The rocket fatally wounded two PCO members even though it did not explode. The PCO moved to their own compound elsewhere in the Green Zone in October 2005.

Up until mid 2005, there were many organisations using the Palace for office space but it was not for reasons of centralisation at all - far from it. The place was crammed with people and information flow was inefficient at best. The main reason is that it was the only large hard-structure building that provided better protection from incoming mortars and at the same time was on a compound that is relatively easy to secure at a respectable distance from the building itself.

Up until July 2005, there was a central dining facility inside one of the ballrooms. This caused many problems as the Palace was not designed for the foot-traffic flows in excess of 10,000 people a day. There was rarely a meal served where the central-south wing of the first floor wasn't crammed with people as this was the only dining facility (DFAC), that the coalition forces had set up for a long time.

Behind the Palace is the swimming pool. It is a semi-kidney shape with a multi level diving platform and a stone cabana/pool house on the side.

While still a highly secured area, most of the organizations have long since found other, less cramped, working conditions on other locations in the International Zone, (Green Zone). In the past, there were days of jockying through one particularly notorious doorway in the middle of the long corridor called "Choke-Point Charlie".

Tips & Hints
Arrange By:
Popular first New first
There are no tips nor hints for Republican Palace yet. Maybe be you will be the first one to post useful information for fellow travellers? :)
7.0/10
2,072 people have been here
I've been here
Add to wishlist 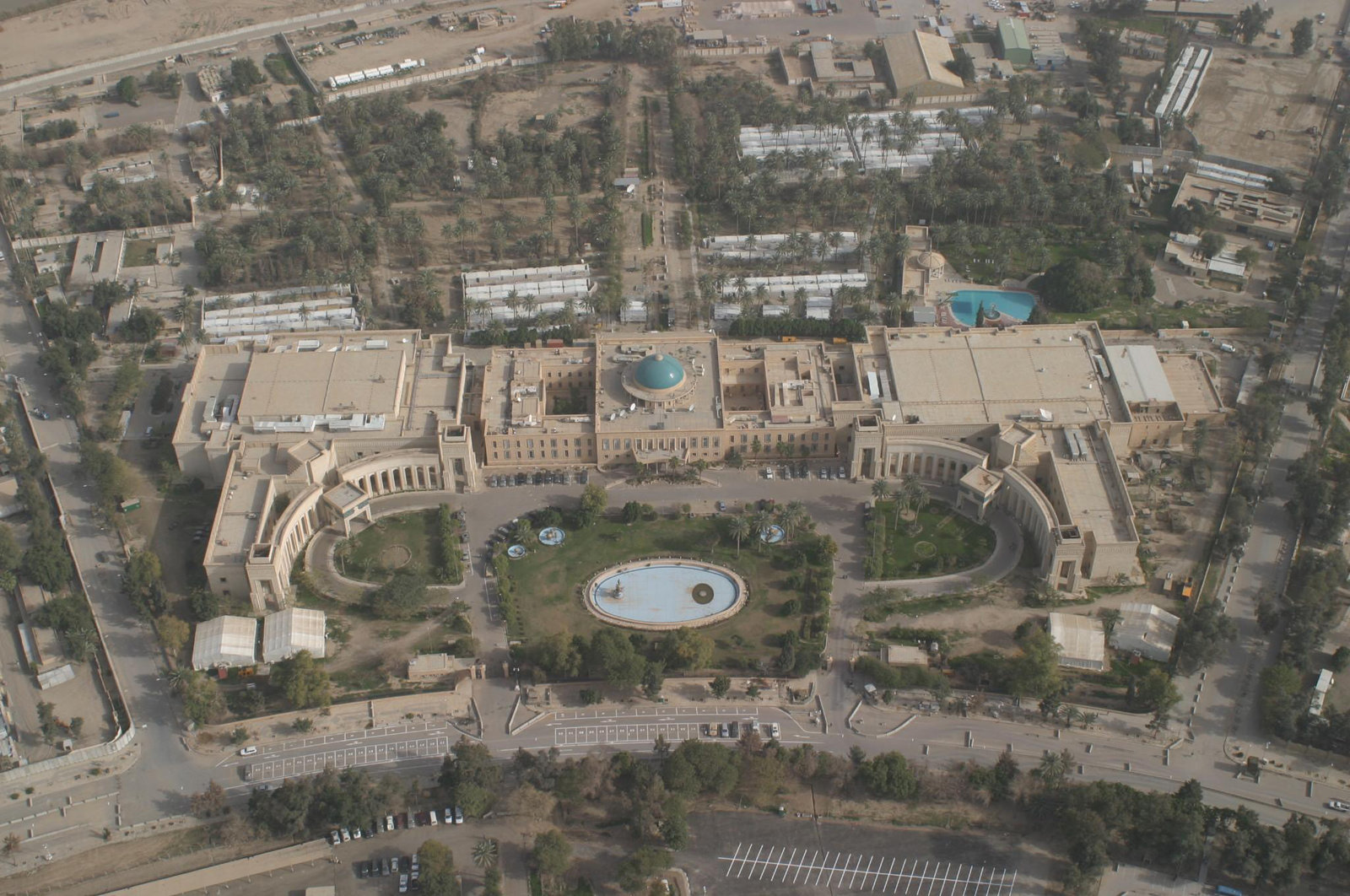 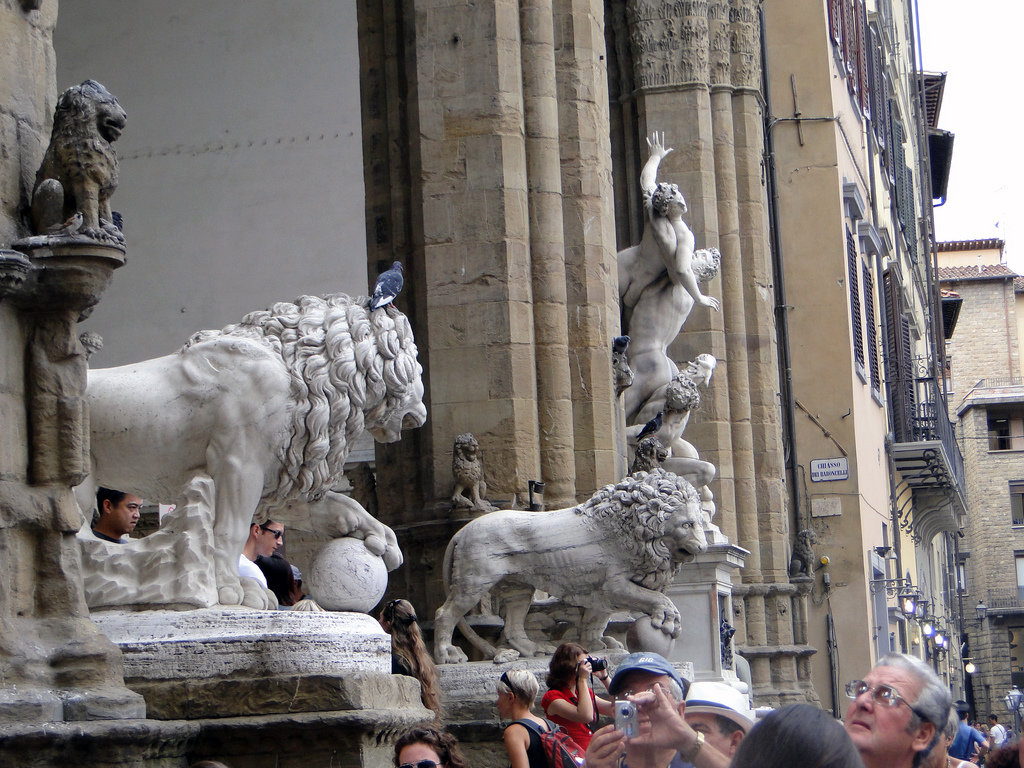 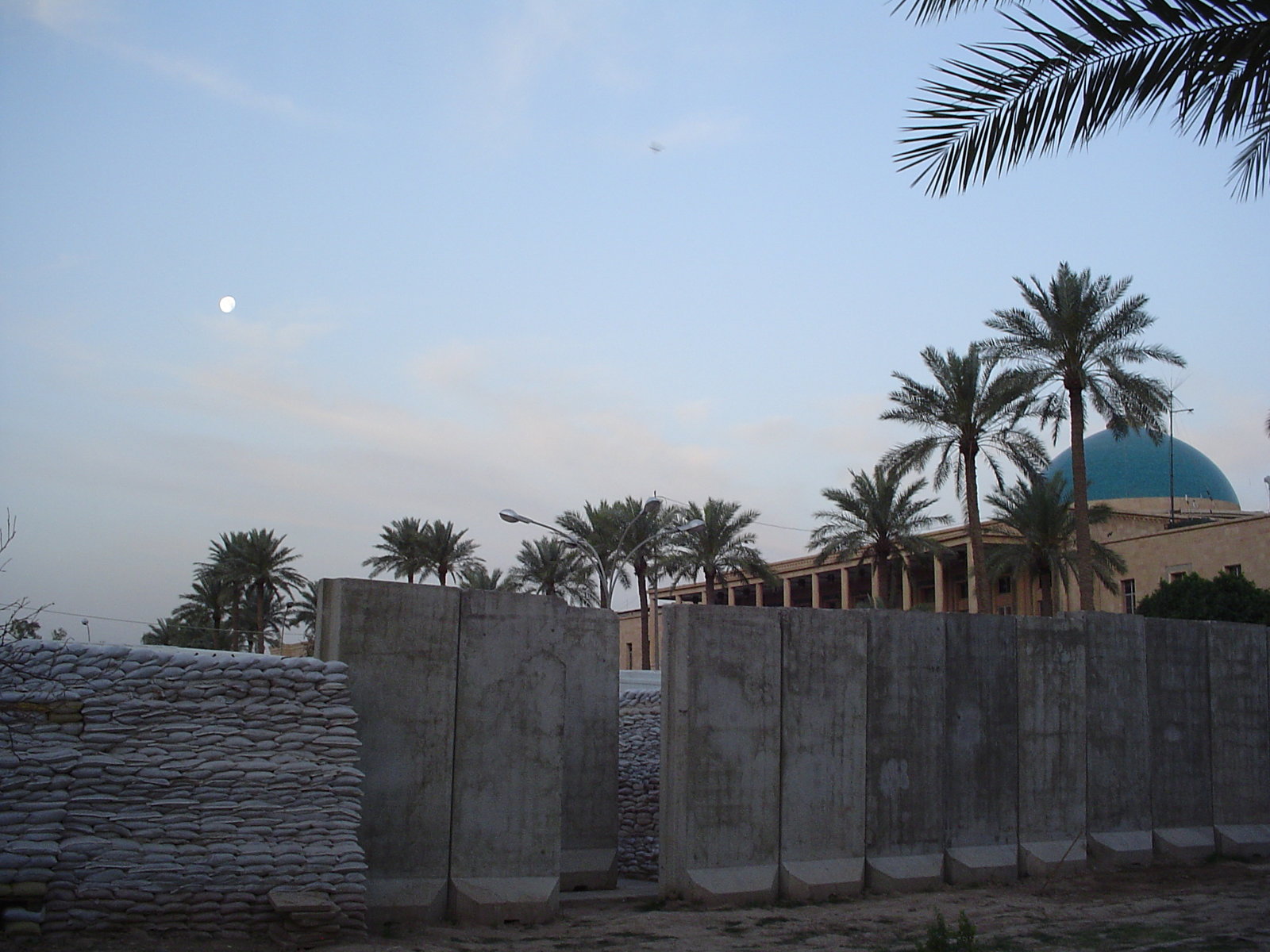 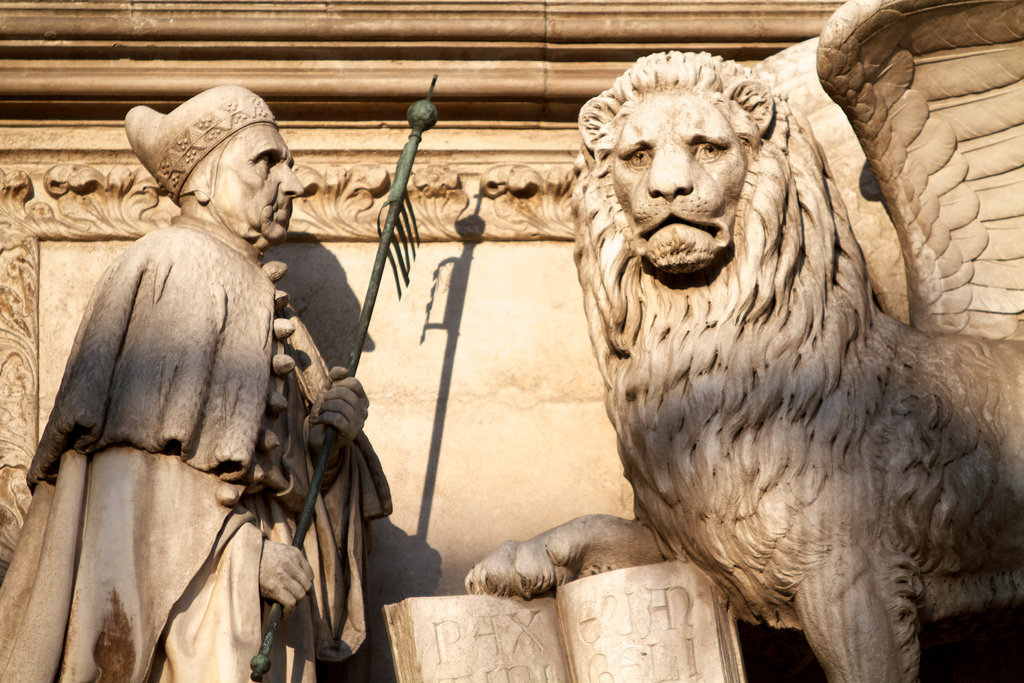 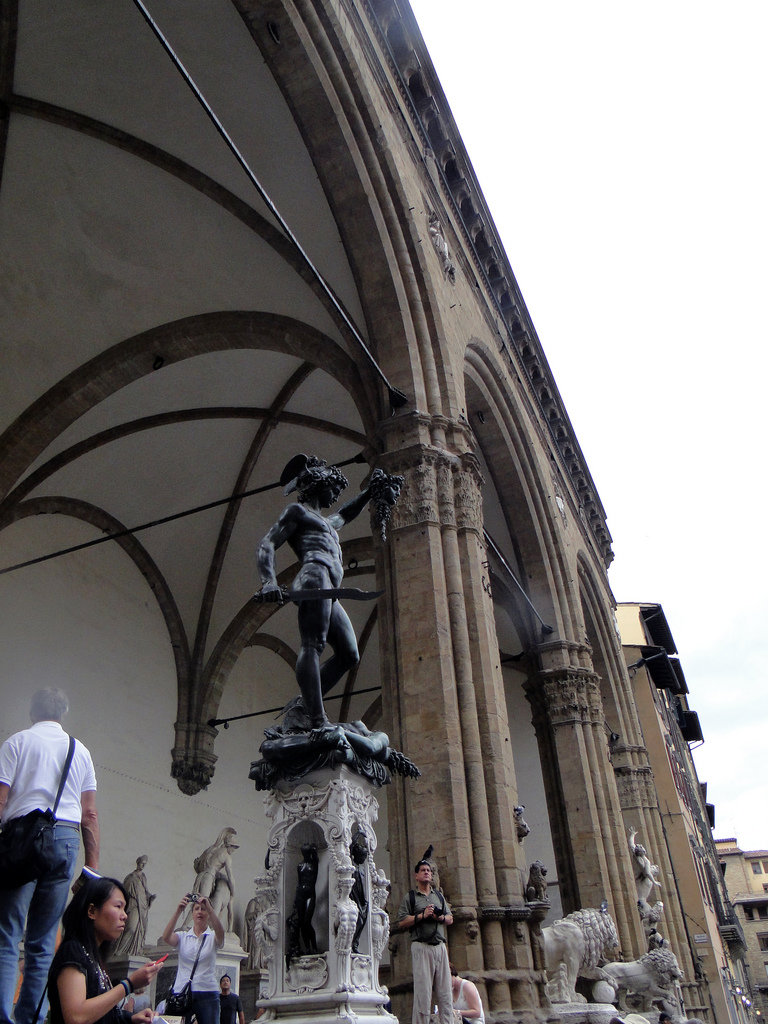 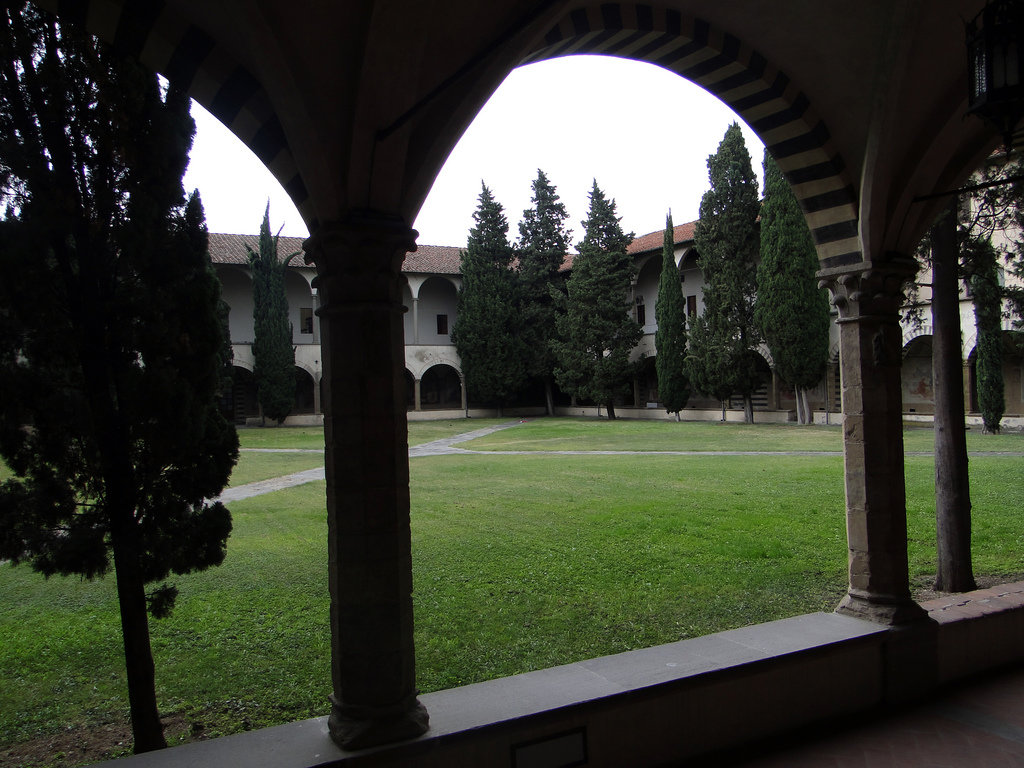 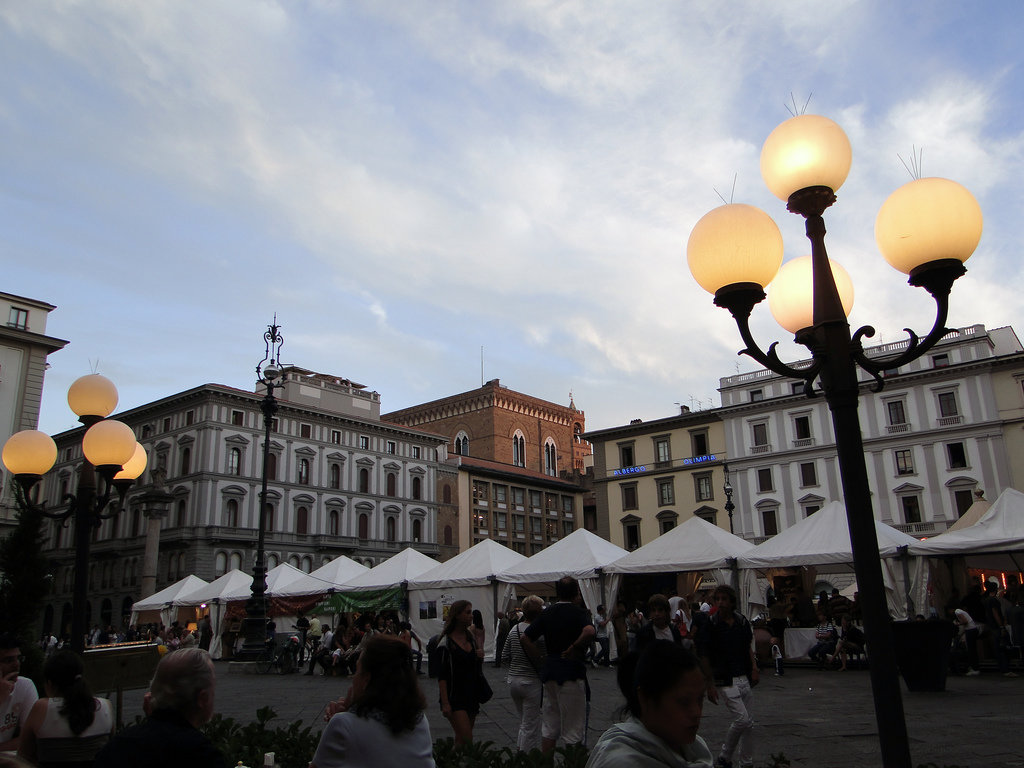 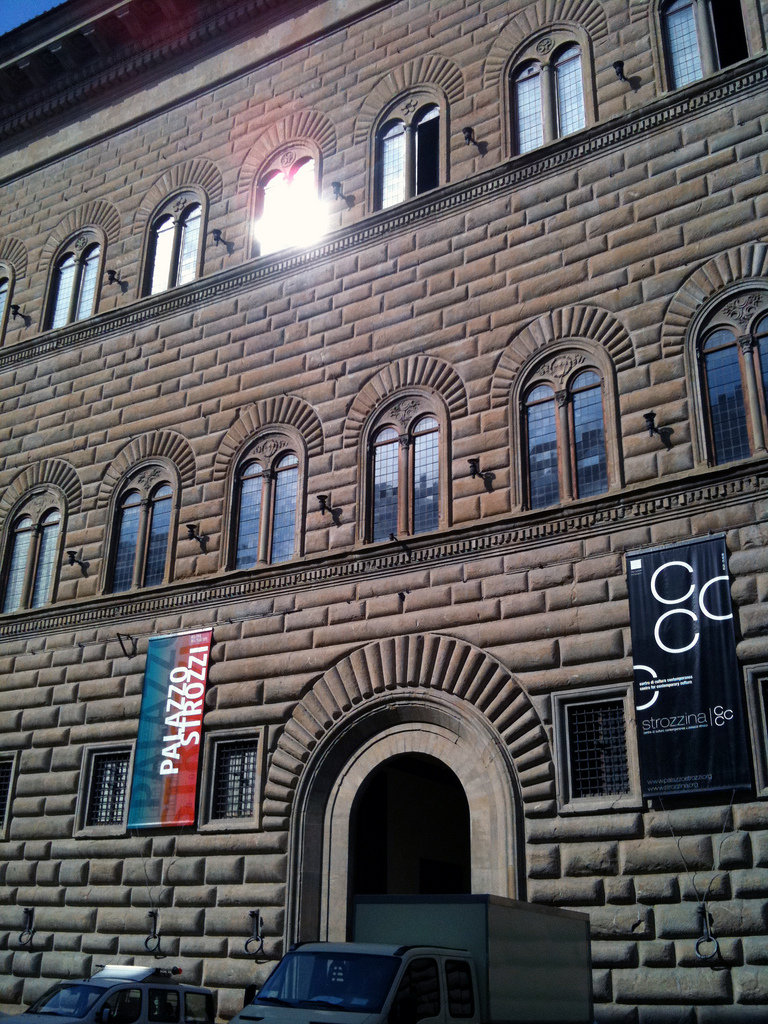 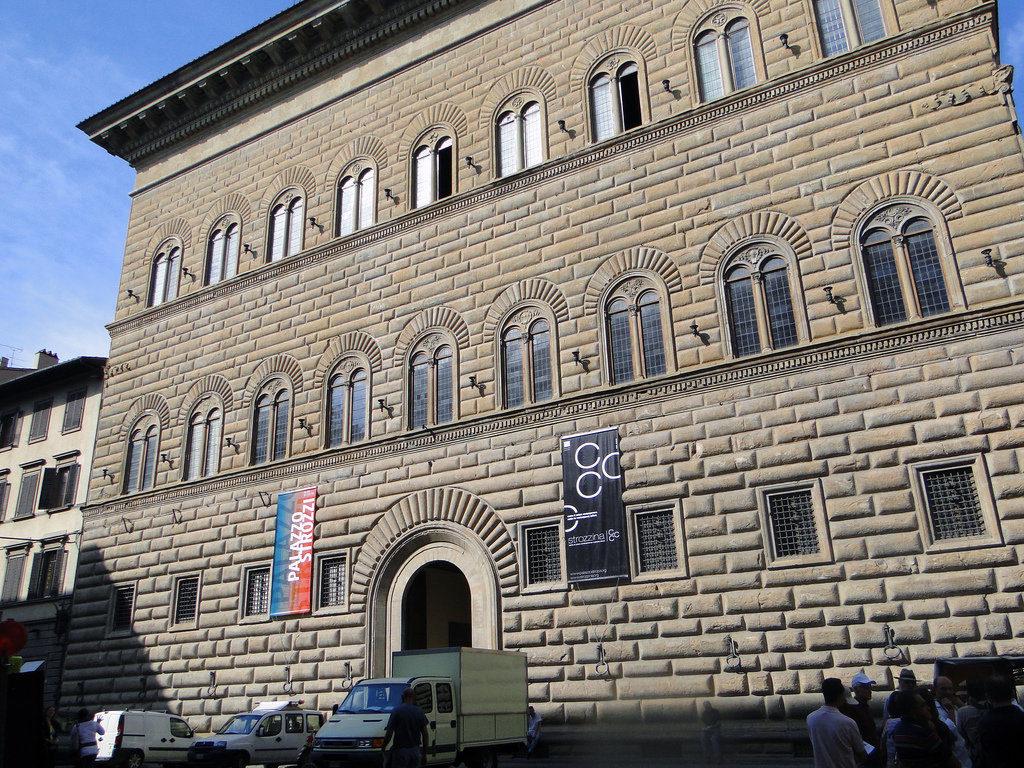