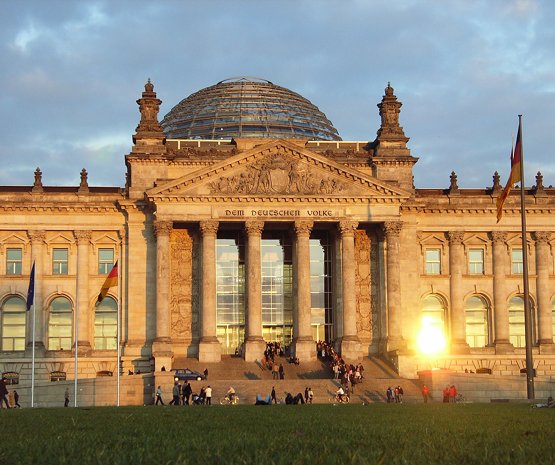 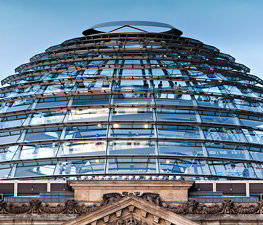 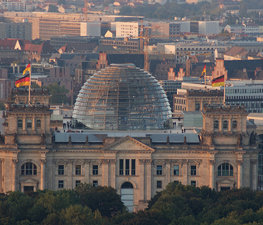 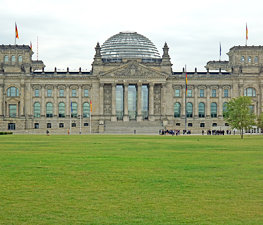 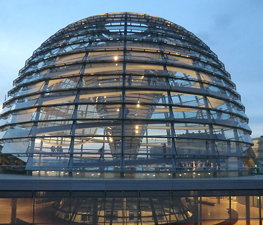 The Reichstag building in Berlin was constructed to house the Reichstag, the first parliament of the German Empire. It was opened in 1894 and housed the Reichstag until 1933, when it was severely damaged in a fire supposedly set by Dutch communist Marinus van der Lubbe, who was later beheaded for the crime. That verdict has been a subject of controversy over the years. The National Socialist German Workers Party used this event as casus belli to begin a purge of "traitors" in Berlin and to ban the Communist Party of Germany.

The building remained in ruins until the reunification of Germany, when it underwent reconstruction led by internationally renowned architect Norman Foster. After its completion in 1999, it became the meeting place of the modern German parliament, the Bundestag.

The Reichstag as a parliament dates back to the Holy Roman Empire and ceased to act as a true parliament in the years of the Nazi regime (1933–1945). In today's usage, the German term Reichstag or Reichstagsgebäude (Reichstag building) refers to the building, while the term Bundestag refers to the institution.

History of the building

Construction of the building began well after 1871. Previously, the parliament had assembled in several other buildings in Leipziger Straße in Berlin; but these were generally considered too small; so in 1872 an architectural contest with 103 participating architects was carried out to erect an all-new building. Work did not start until ten years later though, owing to various problems with purchasing property for the new building and arguments between Wilhelm I, Otto von Bismarck, and the members of the Reichstag about how the construction should be performed.

In 1882, another architectural contest was held, with 189 architects participating. This time the winner, the Frankfurt architect Paul Wallot, would actually have his plan executed. On 9 June 1884, the foundation stone was finally laid by Wilhelm I. Before construction was completed in 1894, Wilhelm I died (in 1888, the Year of Three Emperors). His successor, Wilhelm II, objected to parliament as an institution to a much greater extent. The original building was most acclaimed for the construction of an original cupola of steel and glass, an engineering masterpiece of the time.

In 1916 the iconic words "Dem Deutschen Volke" ("To the German people") were carved above the main façade of the building, much to the displeasure of Wilhelm II who had tried to block the adding of the inscription for its democratic significance. After World War I had ended and Wilhelm had abdicated, during the revolutionary days of 1918, Philipp Scheidemann proclaimed the institution of a republic from one of the balconies of the Reichstag building on 9 November. The building continued to be the seat of the parliament of the Weimar Republic (1919–1933), which was still called the Reichstag.

The building caught fire on 27 February 1933, under circumstances still not entirely clear (see Reichstag fire). This proved to be a valuable excuse for the Nazis to suspend most rights provided for by the 1919 constitution in the Reichstag Fire Decree in an effort to weed out the communists and increase state security throughout Germany.

The 12 years of National Socialist rule, the Reichstag building was not used for parliamentary sessions. Instead, the few times where the Reichstag convened at all, it did so in the Krolloper building, a former opera house opposite the Reichstag building. This applies as well to the session of 23 March 1933, in which the Reichstag disposed of its powers in favour of the Nazi government in the Enabling Act, another step in the so-called Gleichschaltung, the legal steps through which the Nazis seized power. The building (which was unusable after the fire anyway) was instead used for propaganda presentations and, during World War II, for military purposes. It was also considered to be turned into a Flak Tower, because of its general similarity, but was found to be structurally unsuitable.

It is believed that the building would have had a future in Nazi Germany had war not intervened or had Germany emerged victorious. The building was set to be restored and incorporated into Adolf Hitler's plans for Welthauptstadt Germania but would have been dwarfed by the enormous new buildings planned for the city by Hitler and Albert Speer such as the Volkshalle which would have stood next to it.

The building, having never been fully repaired since the fire, was further damaged by air raids. During the Battle of Berlin in 1945, it became one of the central targets for the Red Army, most probably for its symbolic significance. Today, visitors to the building can still see Soviet graffiti on smoky walls inside as well as on some of the roof, which was preserved during the reconstructions after reunification (see below).

It is also a playable chapter in Treyarch's First Person Shooter video game '.

When the Cold War emerged, the building was physically within West Berlin, but only a few metres from the border of East Berlin, which ran around the back of the building and in 1961 was closed by the Berlin Wall. During the Berlin blockade, an enormous number of West Berliners assembled before the building on 9 September 1948, and Mayor Ernst Reuter held a famous speech that ended with the call, Ihr Völker der Welt, schaut auf diese Stadt! (Peoples of the world, look upon this city!)

After the war, the building was essentially a ruin. In addition, there was no real use for it, since the capital of West Germany had been established in Bonn in 1949. Still, in 1956, after some debate, it was decided that the Reichstag should not be torn down, but be restored instead. Unfortunately, the cupola of the original building, which had also been heavily damaged in the war, was demolished. Another architectural contest was held, and the winner, Paul Baumgarten, reconstructed the building from 1961–1964.

The artistic and practical value of his work was the subject of much debate after German reunification. Under the provisions set forth for Berlin by the Allies in the 1971 Four Power Agreement on Berlin, the Bundestag, the parliament of West Germany of that time, was not allowed to assemble formally in West Berlin (even though East Germany was in violation of this provision since it had declared East Berlin its capital). Until 1990, the building was thus used only for occasional representative meetings, and one-off events such as a free concert given by the British Rock Band Barclay James Harvest on the 30th August 1980. It was also used for a widely lauded permanent exhibition about German history called Fragen an die deutsche Geschichte (Questions on German history).

The official German reunification ceremony on 3 October 1990, was held at the Reichstag building, including Chancellor Helmut Kohl, President Richard von Weizsäcker, former Chancellor Willy Brandt and many others. The event included huge firework displays, and was fondly remembered by many. One day later, the parliament of the united Germany would assemble in an act of symbolism in the Reichstag building.

However, at that time, the role of Berlin had not yet been decided upon. Only after a fierce debate, considered by many one of the most memorable sessions of parliament, did the Bundestag conclude, on 20 June 1991, with quite a slim majority in favour of both government and parliament returning to Berlin from Bonn.

In 1992, Norman Foster won yet another architectural contest for the reconstruction of the building. His winning concept looked very different from what was later executed. Notably, the original design did not include a cupola.

Before reconstruction began, the Reichstag was wrapped by the American artists Christo and his wife Jeanne-Claude in 1995, attracting millions of visitors. The project was financed by the sale of preparatory drawings and collages, as well as early works of the 1950s and 1960s.

During the reconstruction, the building was first almost completely gutted, taking out everything except the outer walls, including all changes made by Baumgarten in the 1960s. Although not undisputed for its lack of respect for the building's original design and furniture, the reconstruction, completed in April 1999, is widely regarded as a success. The Reichstag is one of the most visited attractions in Berlin, not least because of the huge glass dome that was erected on the roof as a gesture to the original 1894 cupola, giving an impressive view over the city, especially at night.

The Reichstag dome is the iconic large glass dome at the very top of the building. The dome has a 360-degree view of the surrounding Berlin cityscape. The main hall of the parliament below can also be seen from the cupola, and natural light from above radiates down to the parliament floor. A large sun shield tracks the movement of the sun electronically and blocks direct sunlight which might bedazzle those below. Construction work was finished in 1999 and the seat of parliament was transferred to the Reichstag in April of that year. The dome is open to anyone without prior registration, although the waiting queues can be very long, especially in summertime (August, in particular). Шаблон:Wide image

Felipe Iglesias
Amazing historical spot in an over renewed Berlin. They made a great work restoring the building as it looks before WWII. Also you can book to see the city from the top.

Thomas Pajor
Be sure to get the free audio guide. It’s fantastic as it not only informs you about the Reichstag itself but also points out many things about other landmarks you can see from the dome.

Artyom Fedosov
Impressive building, city landmark with rich history. I even found some bullet holes on its side wall. If you wanna get inside, you should book a tour in advance.

Omid Ashtari
If you are going to view the dome you are in for amazing views of Berlin. You should know that it's open air though so dress appropriately! Oh yeah the audio guide is definitively worth it and free.

i.am. a.
Make sure to book the free online tickets to visit the capitol 2 weeks on advance! Amazing architecture and great views!
Load more comments
foursquare.com
9.0/10
Artem Sapegin, Ilya P and 135,763 more people have been here
I've been here
Add to wishlist

Pariser Platz is a square in the center of Berlin, Germany, situated

The Akademie der Künste, Berlin (Academy of the Arts, Berlin) is an

The Memorial to the Murdered Jews of Europe (German: Denkmal für die

The Memorial to Homosexuals persecuted under Nazism in Berlin was 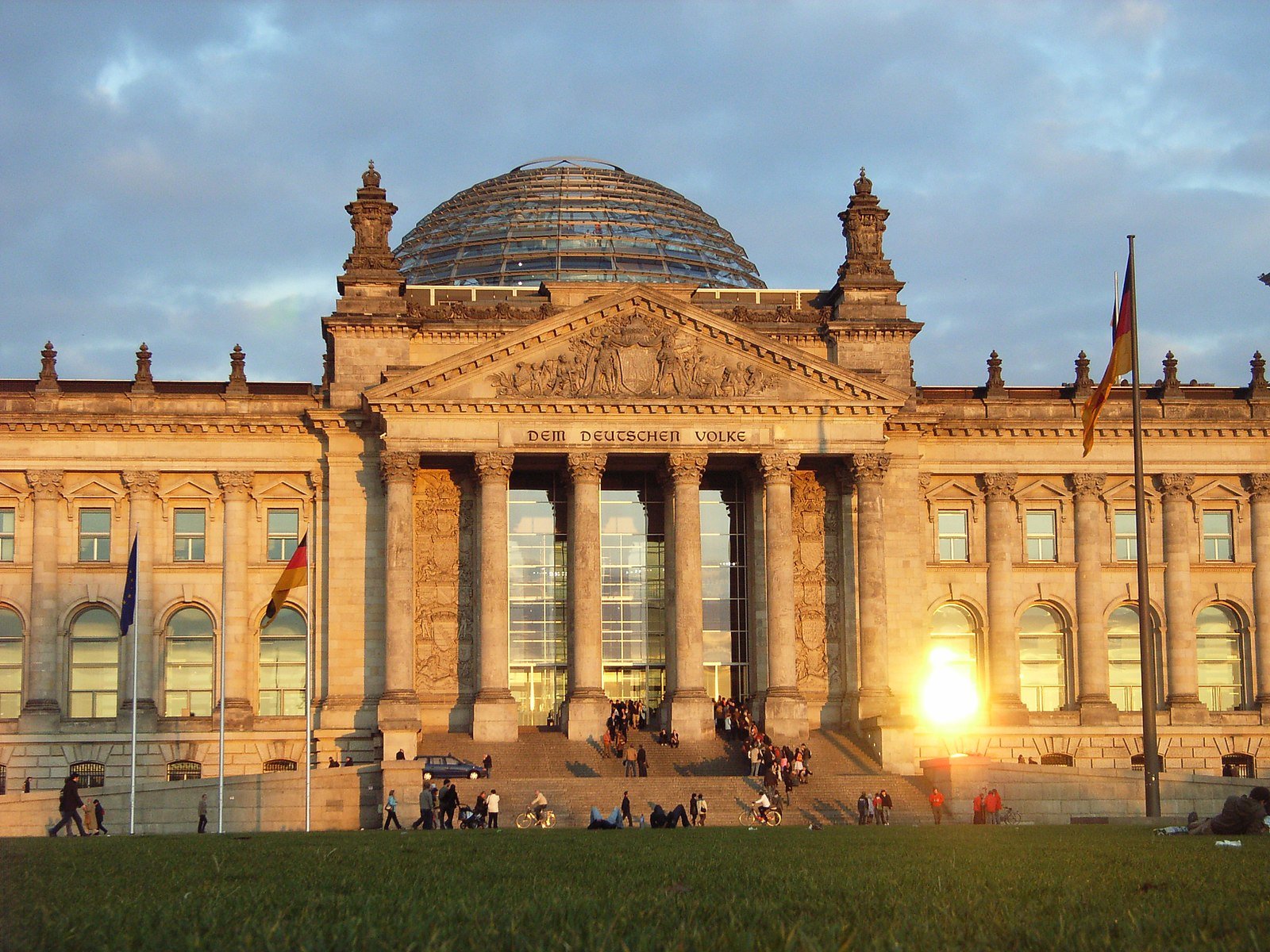 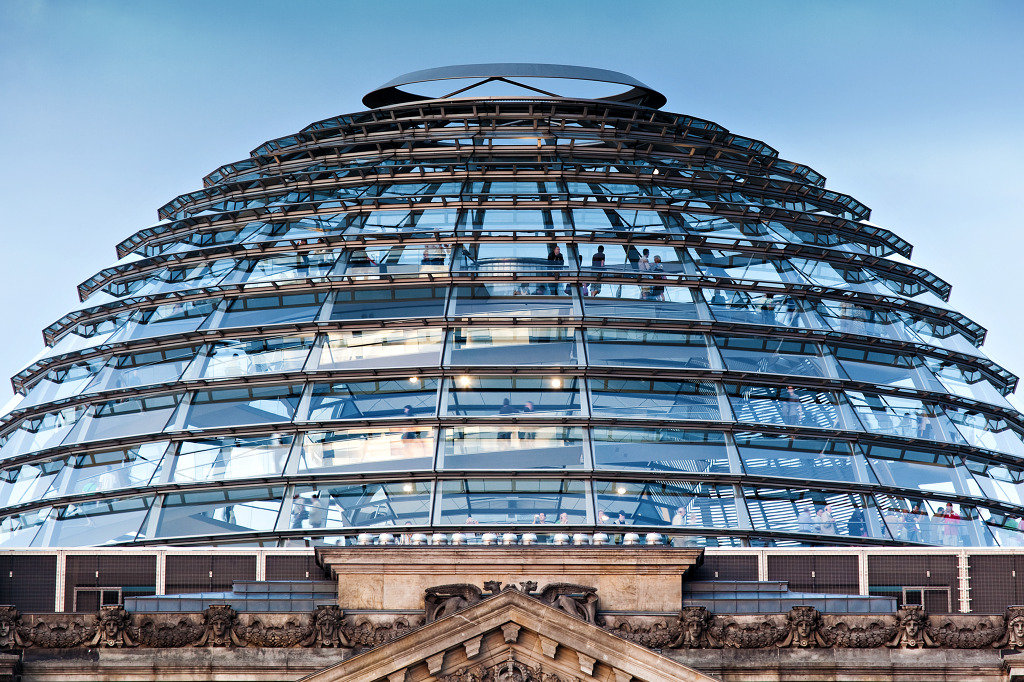 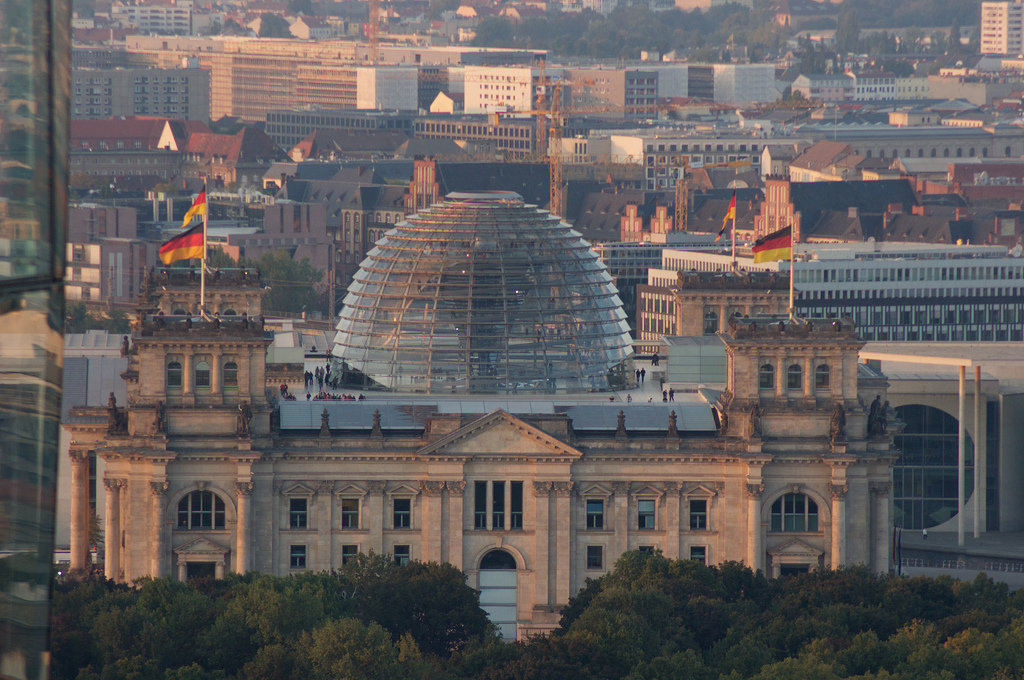 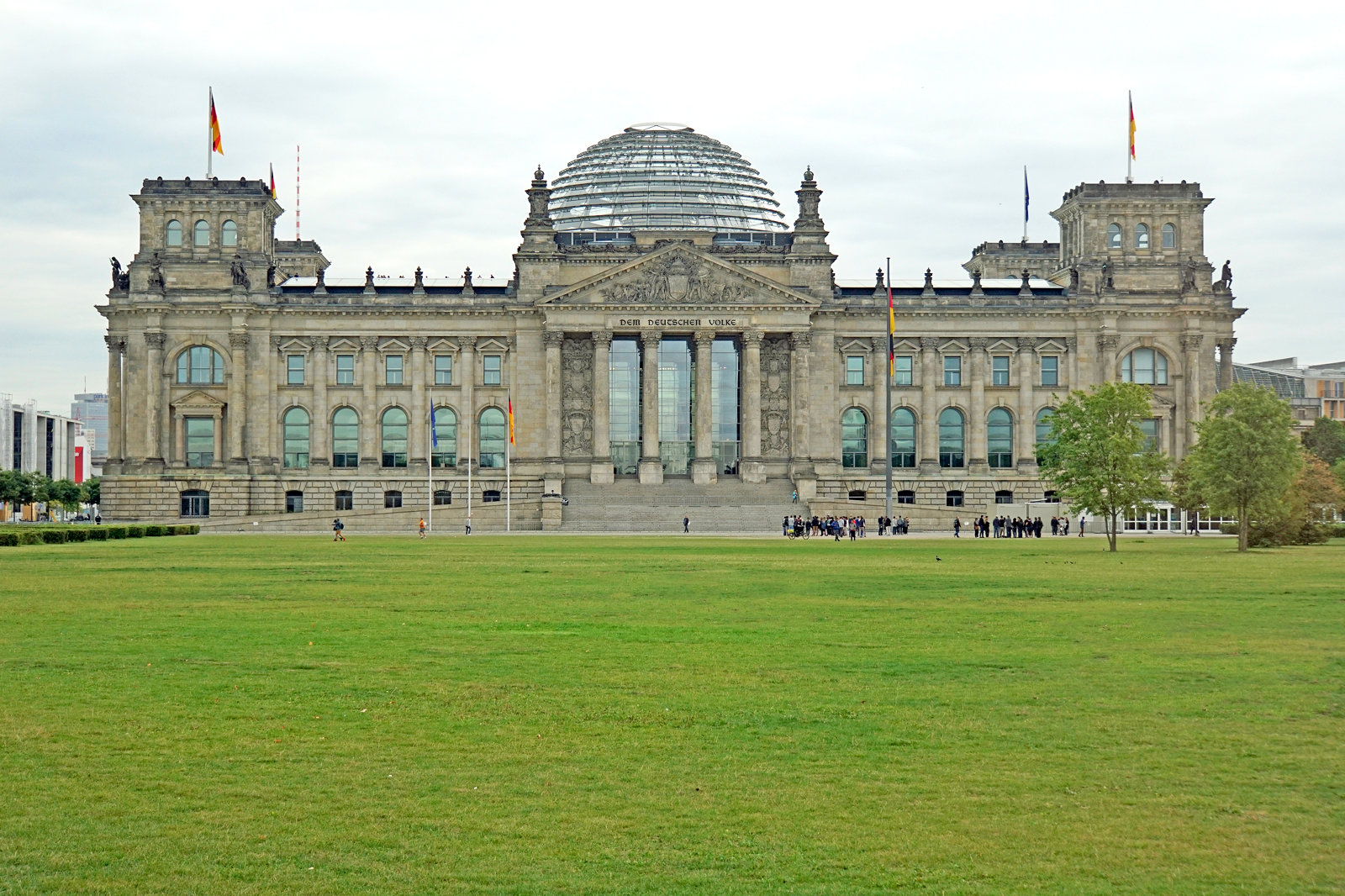 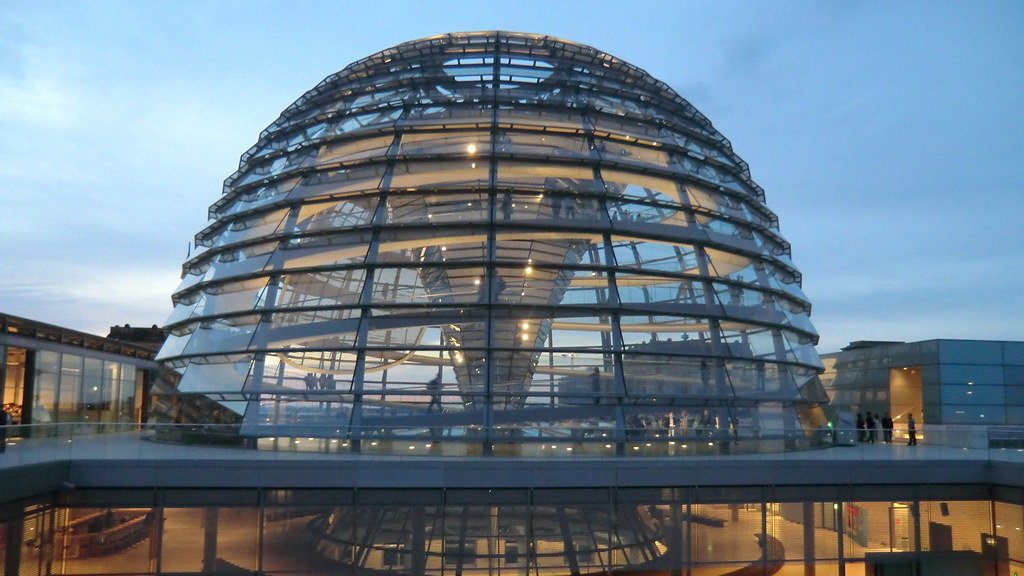 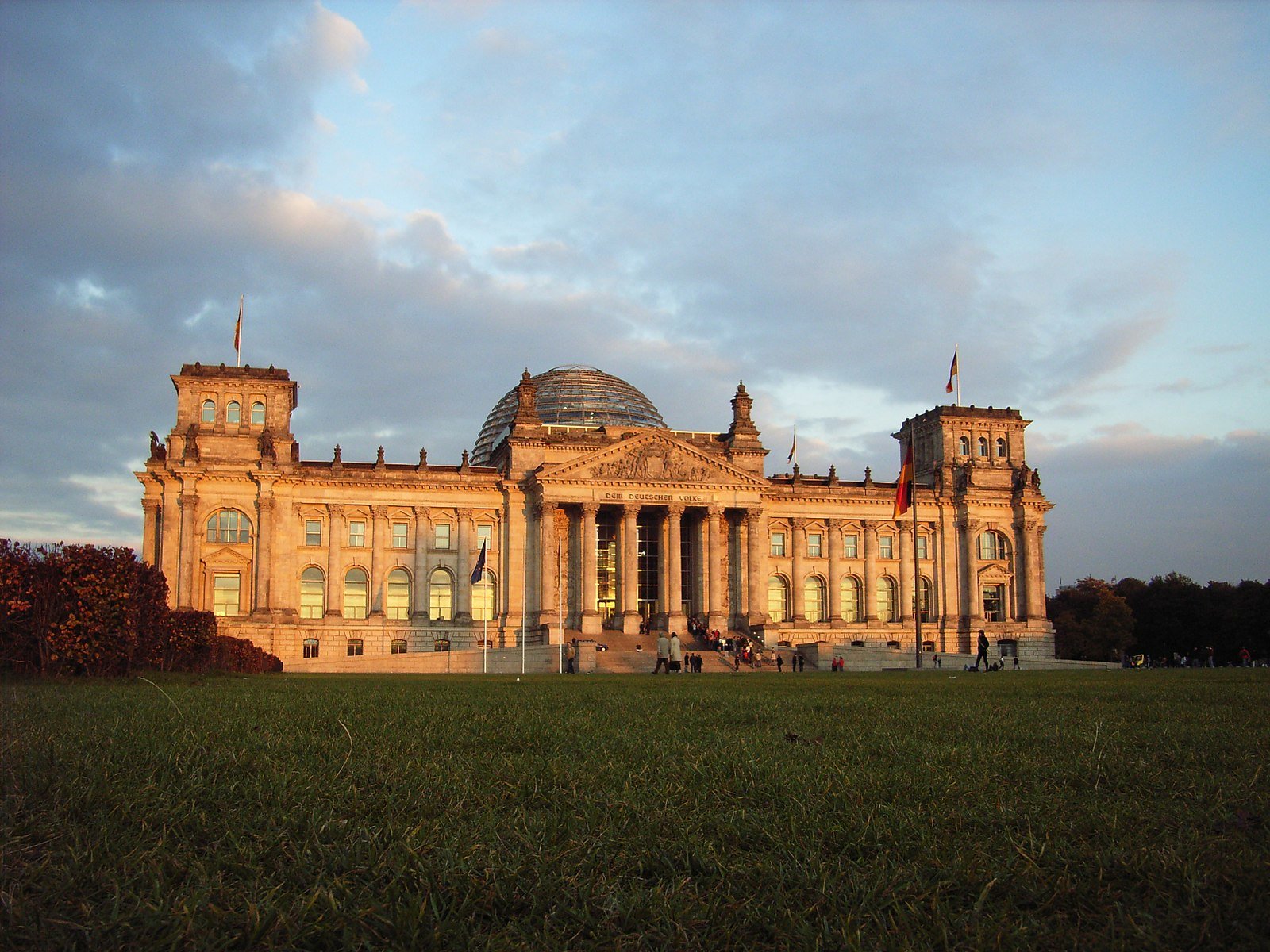 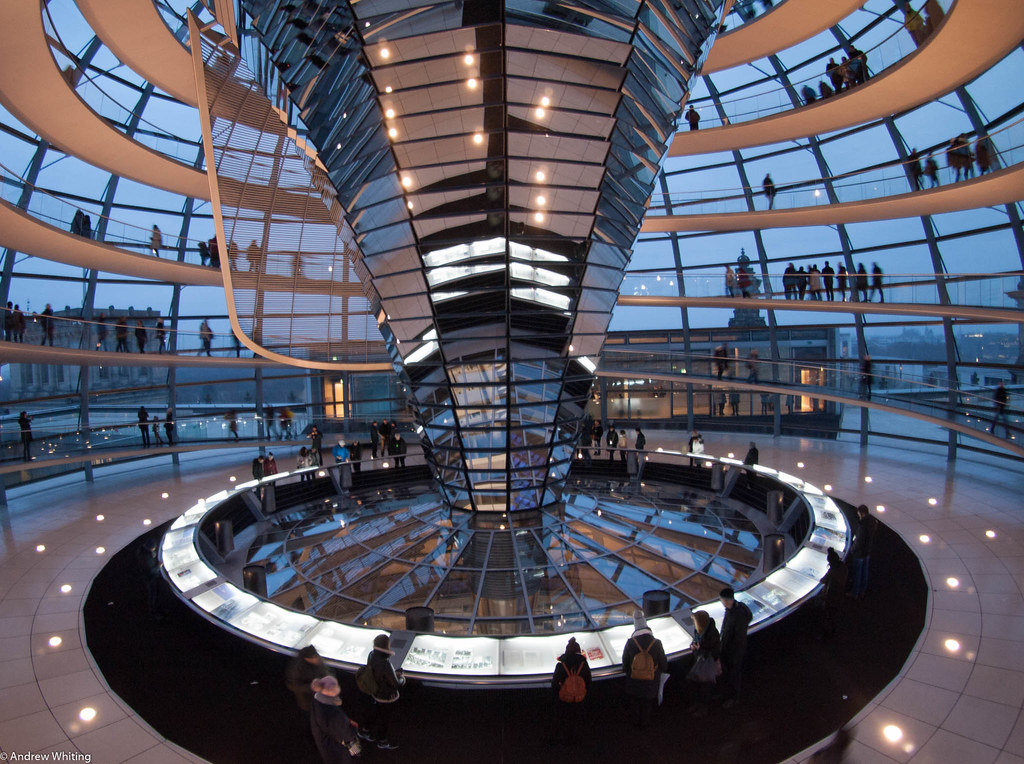 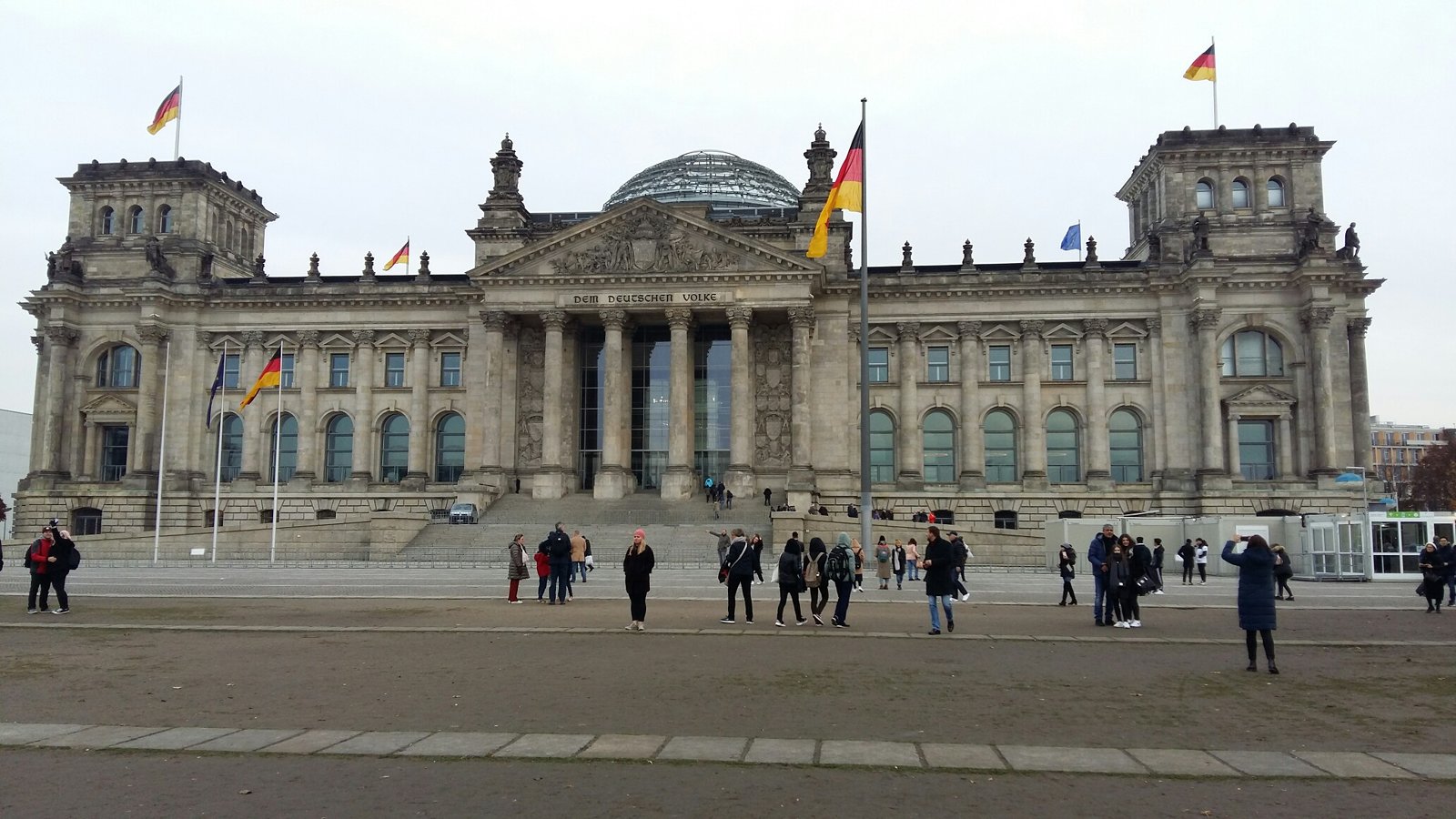 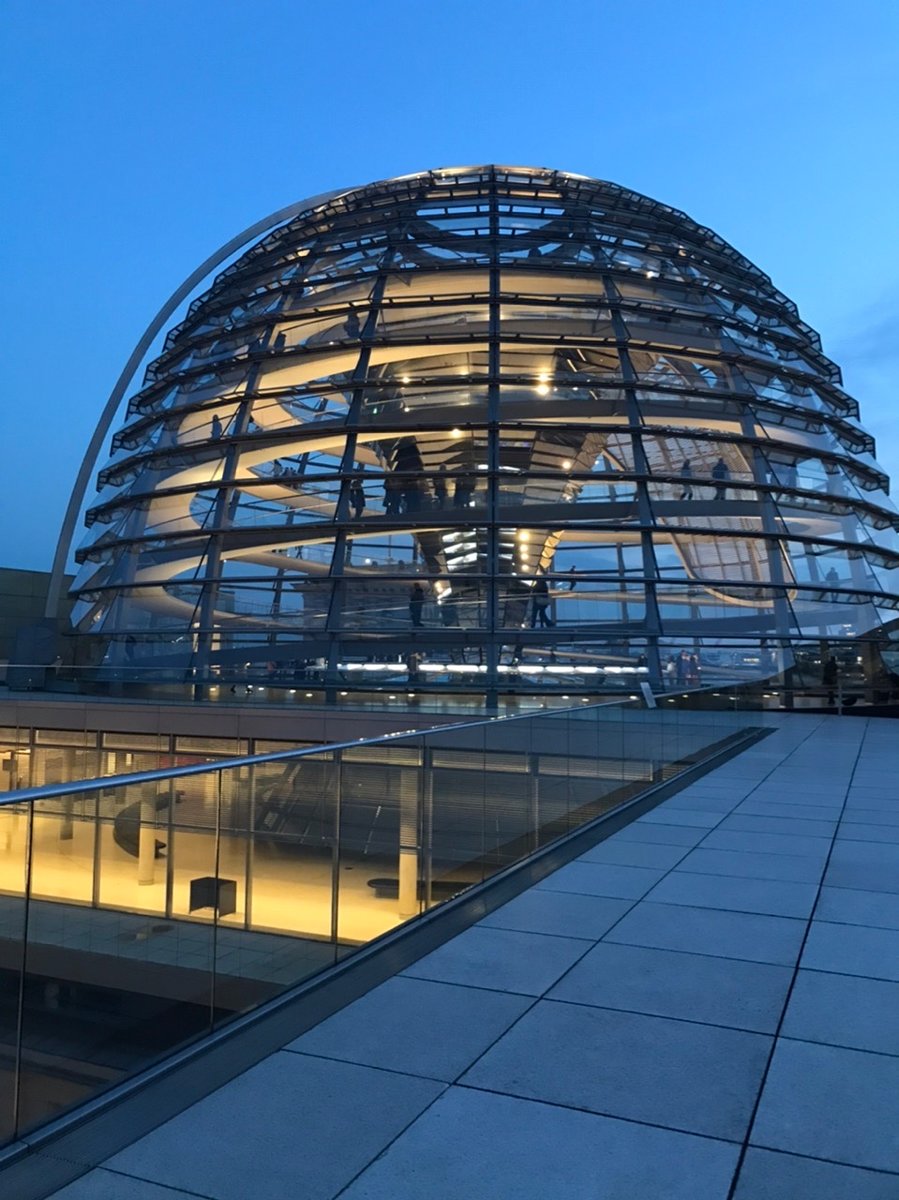 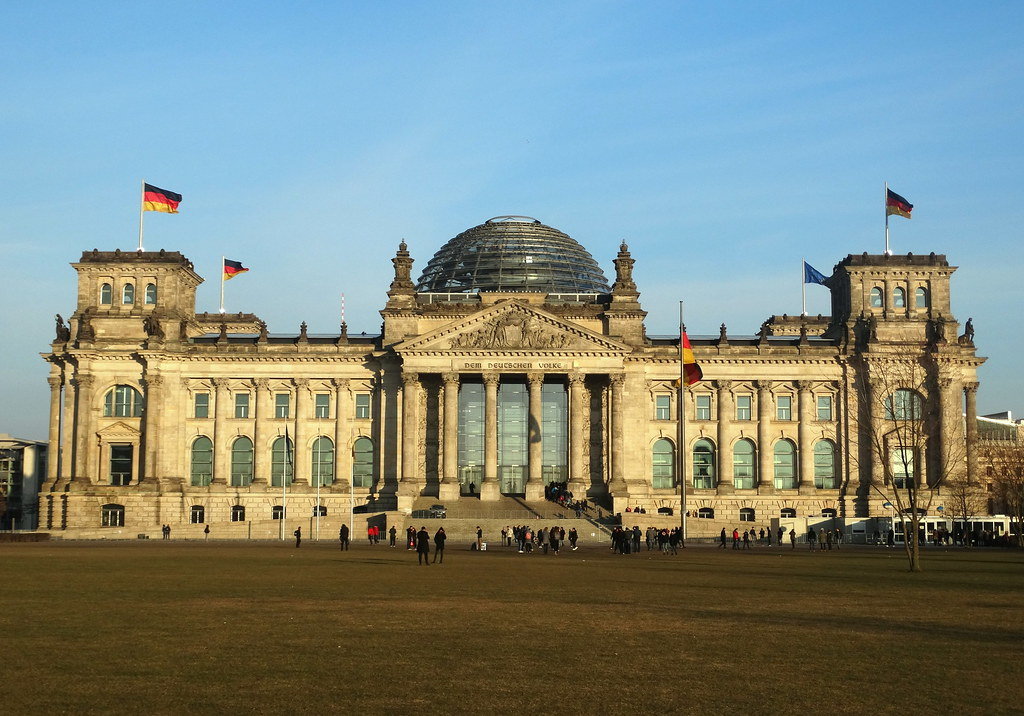 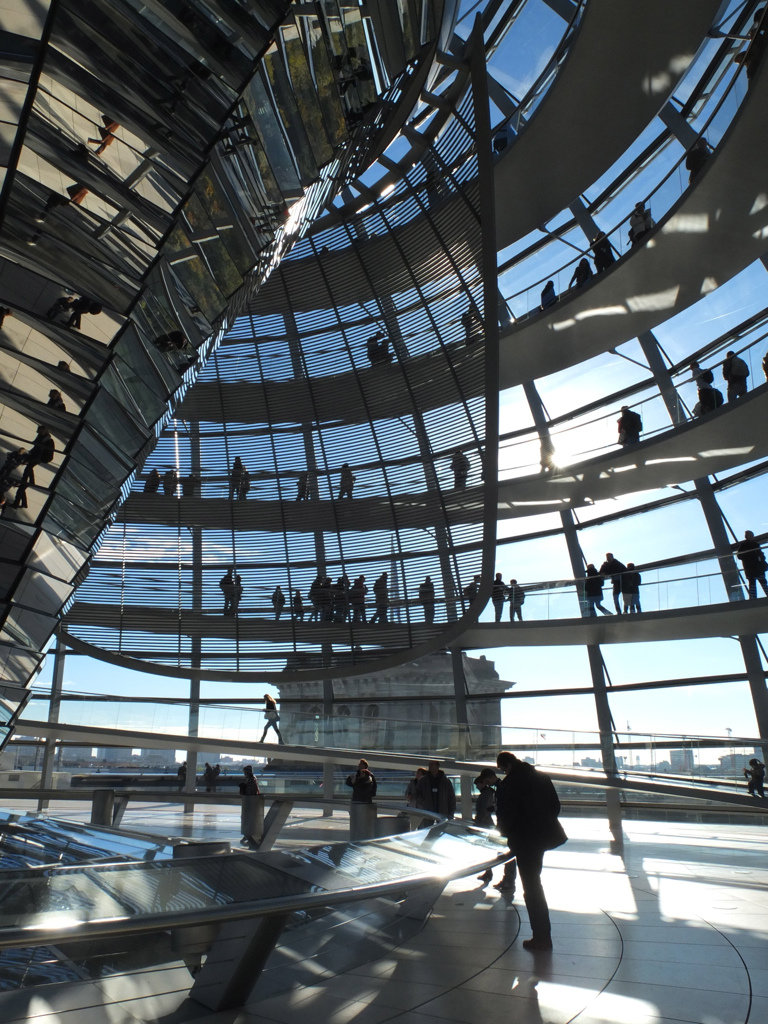 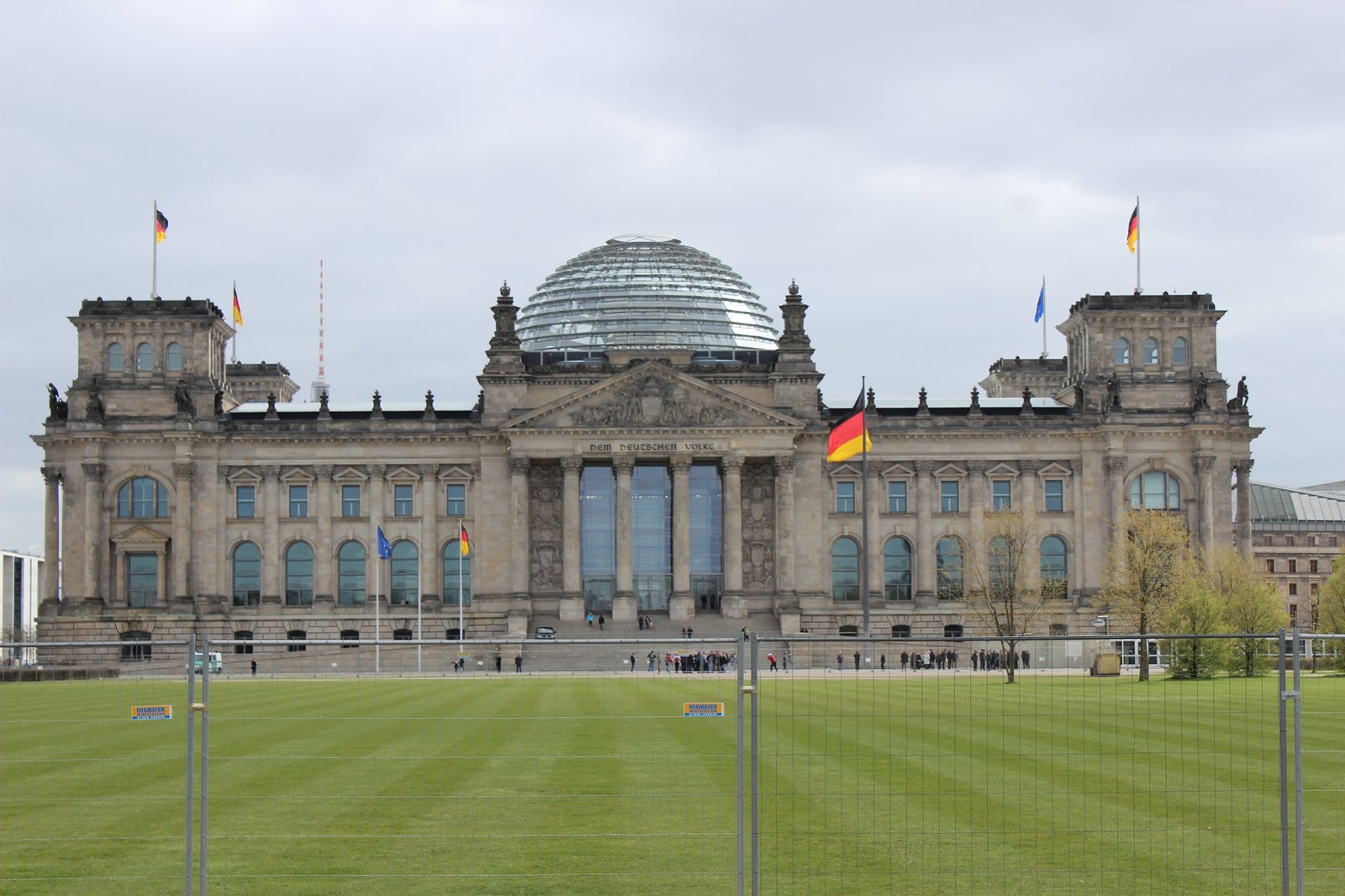 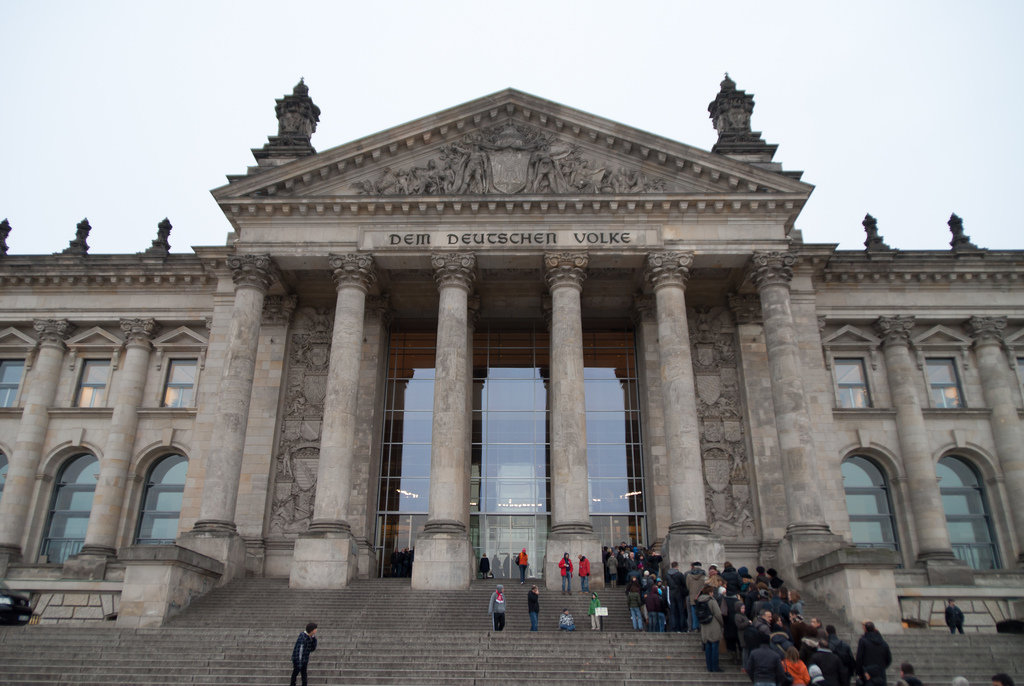 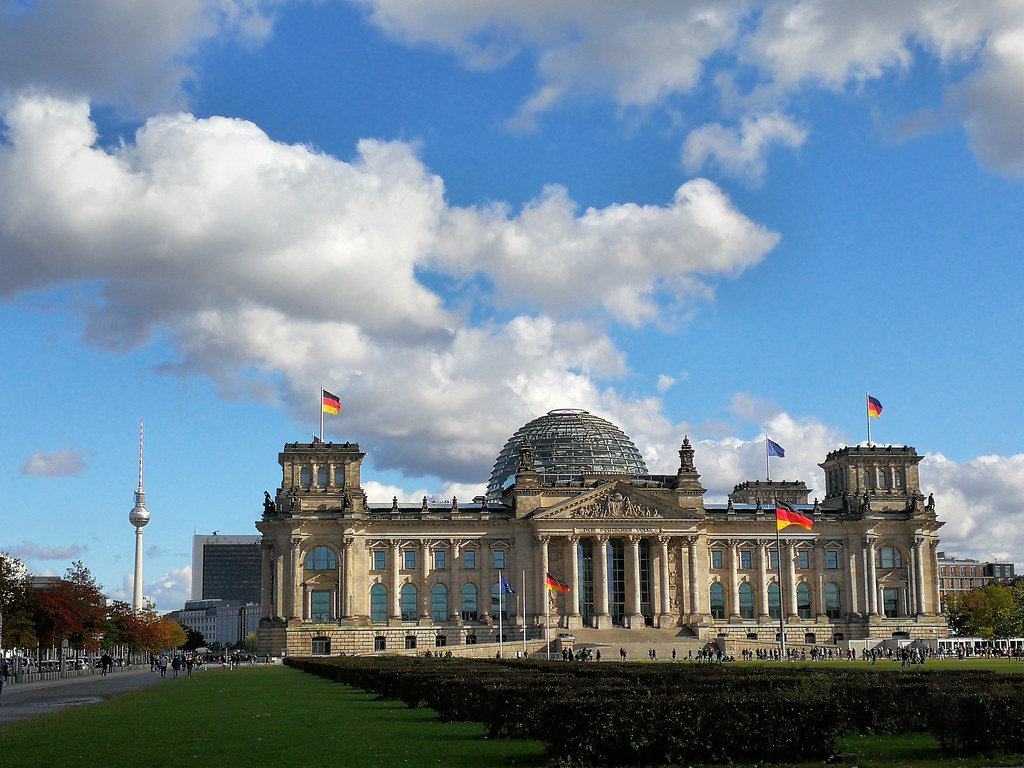 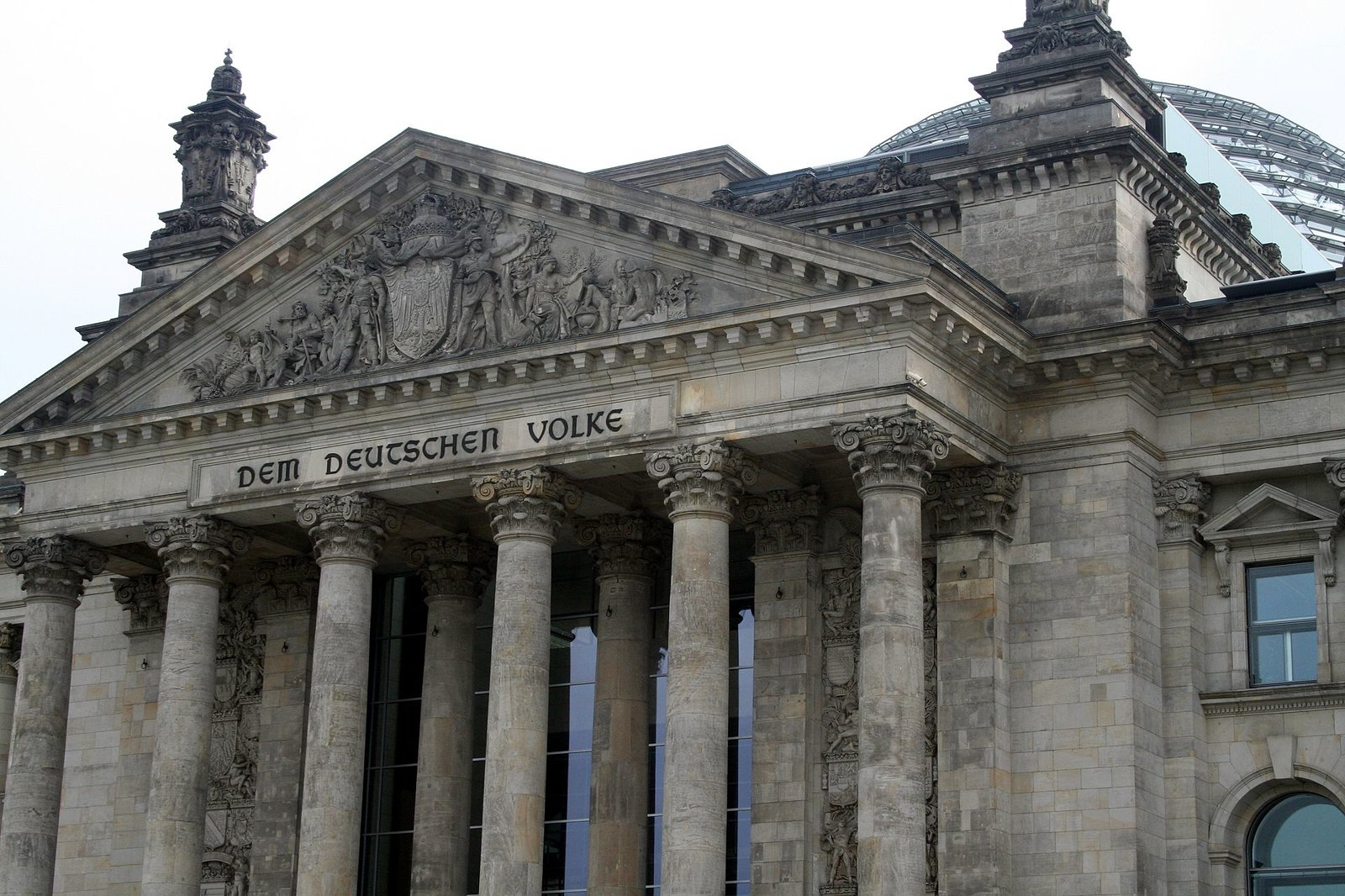 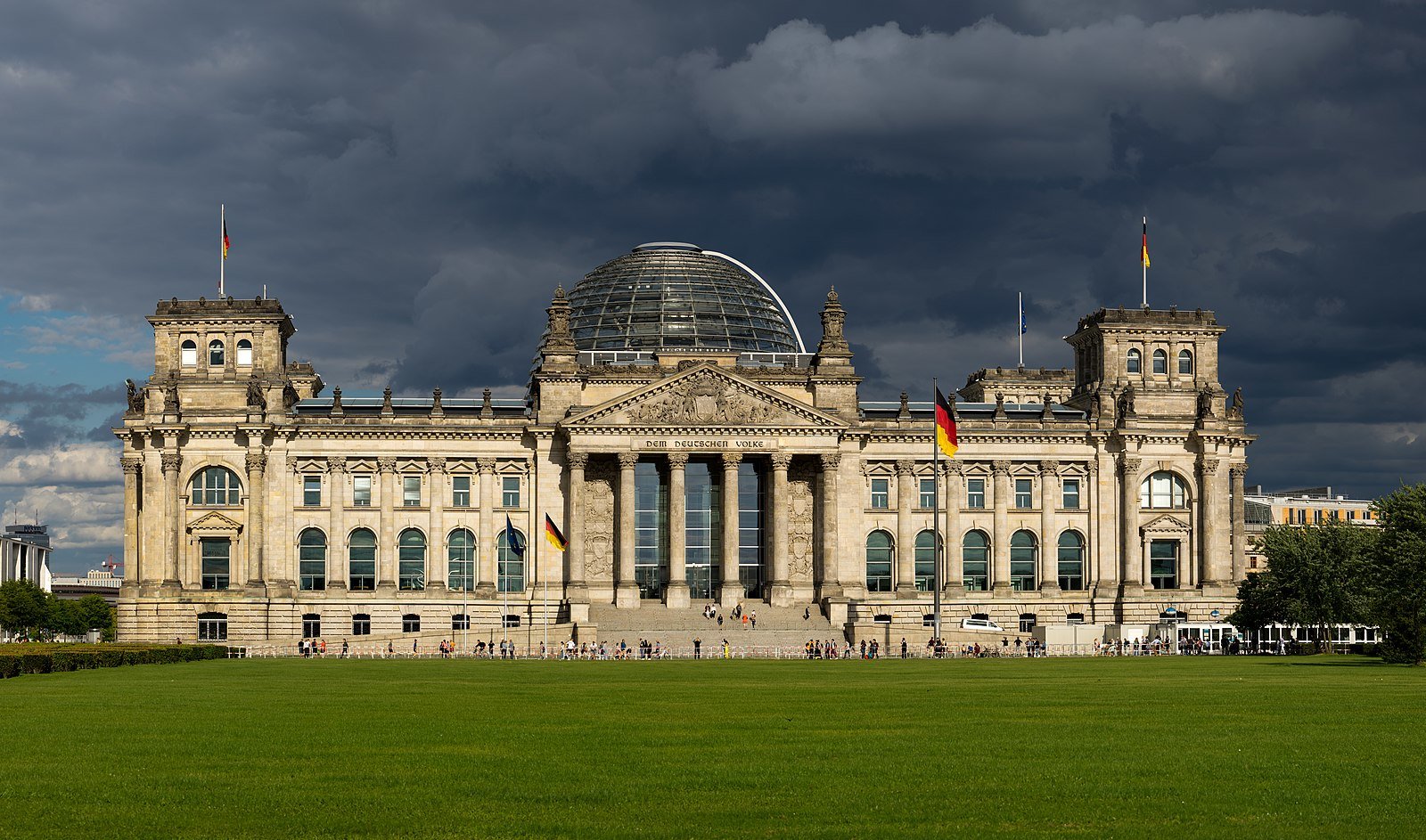 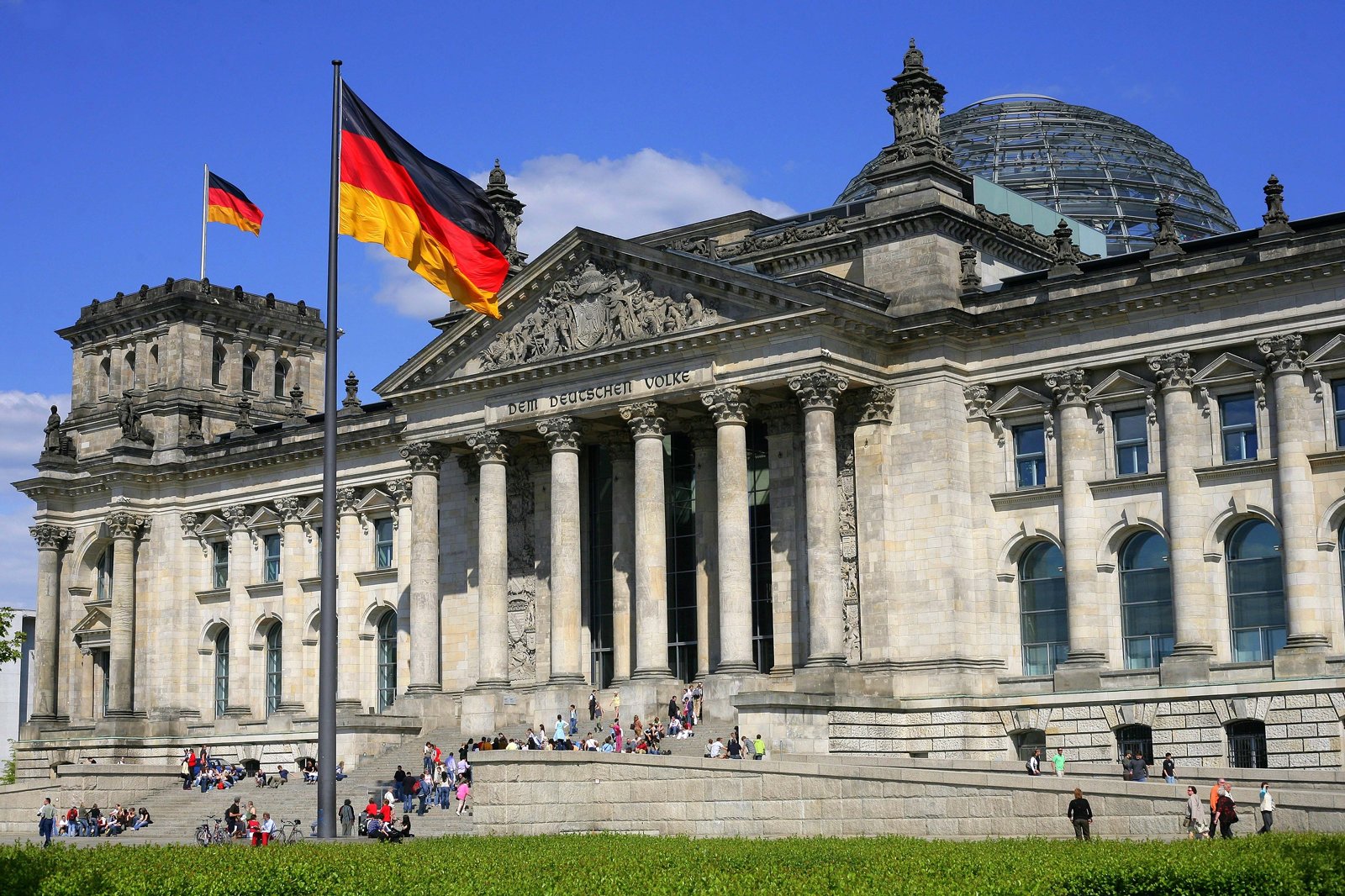 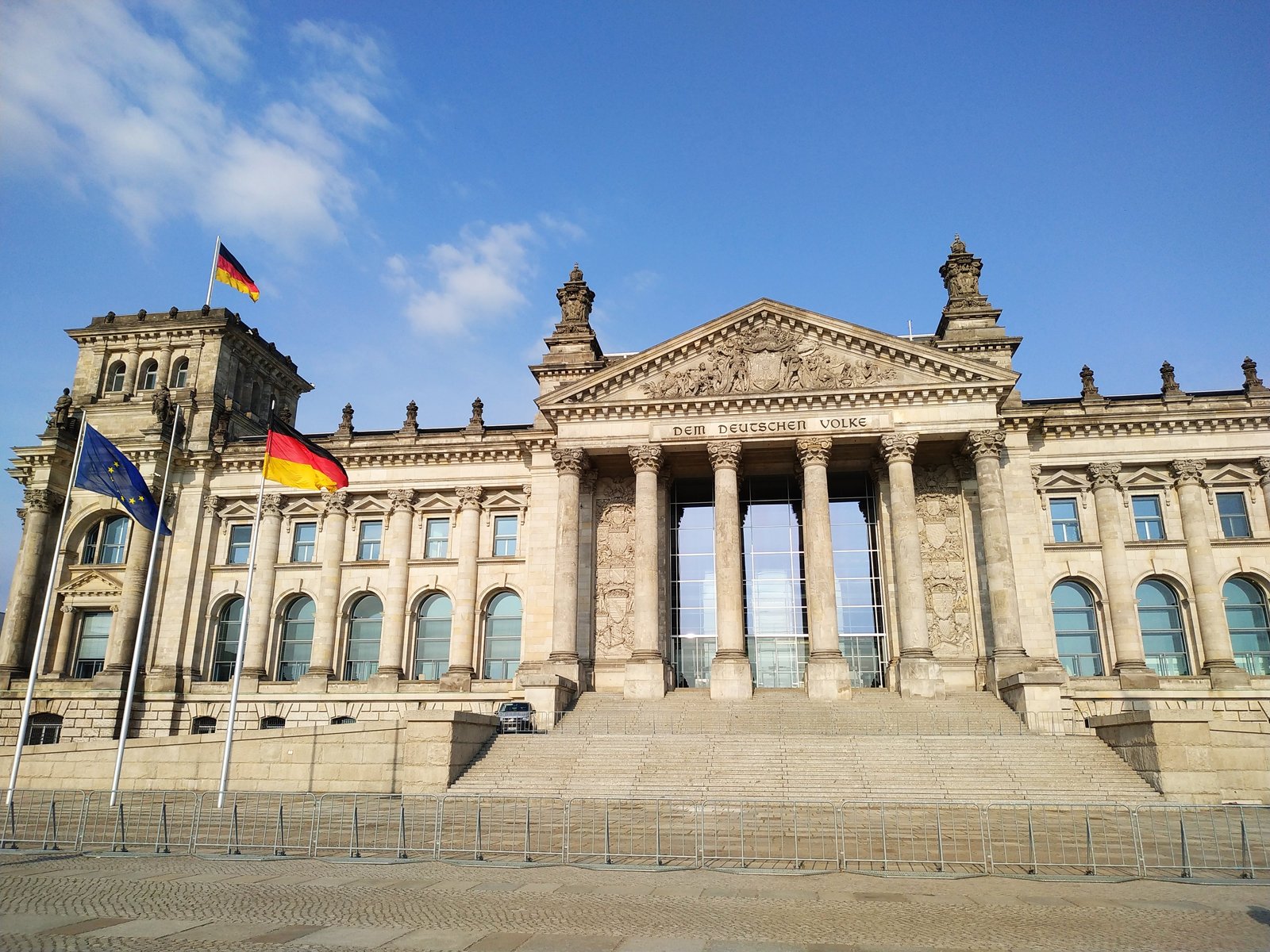 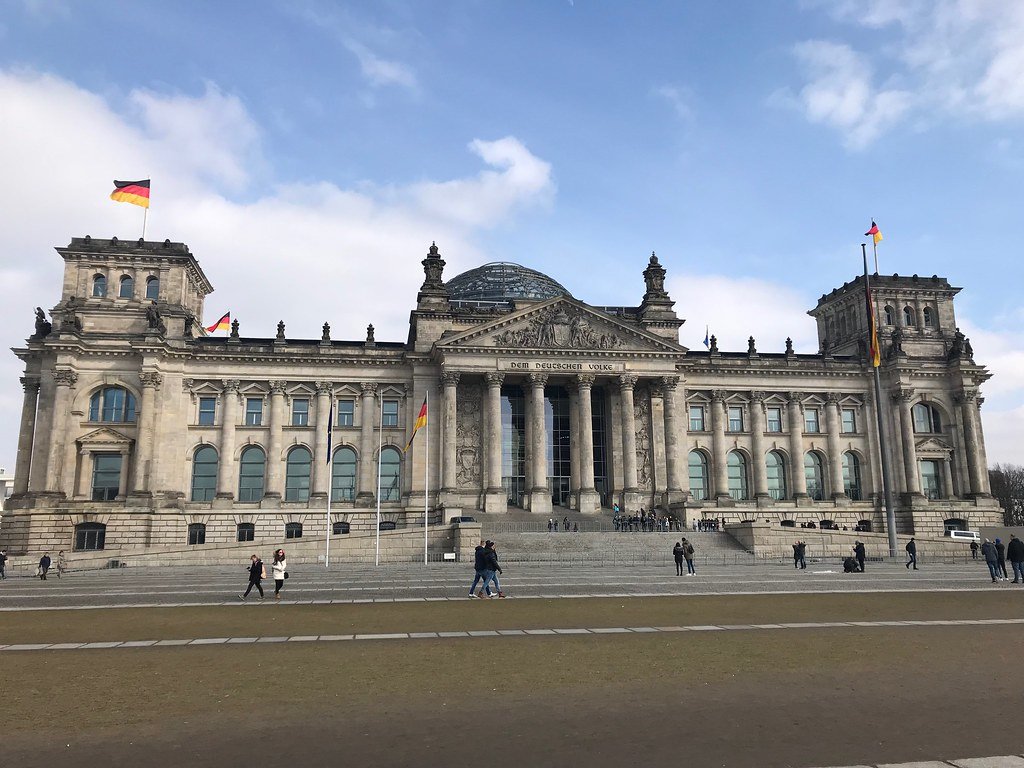 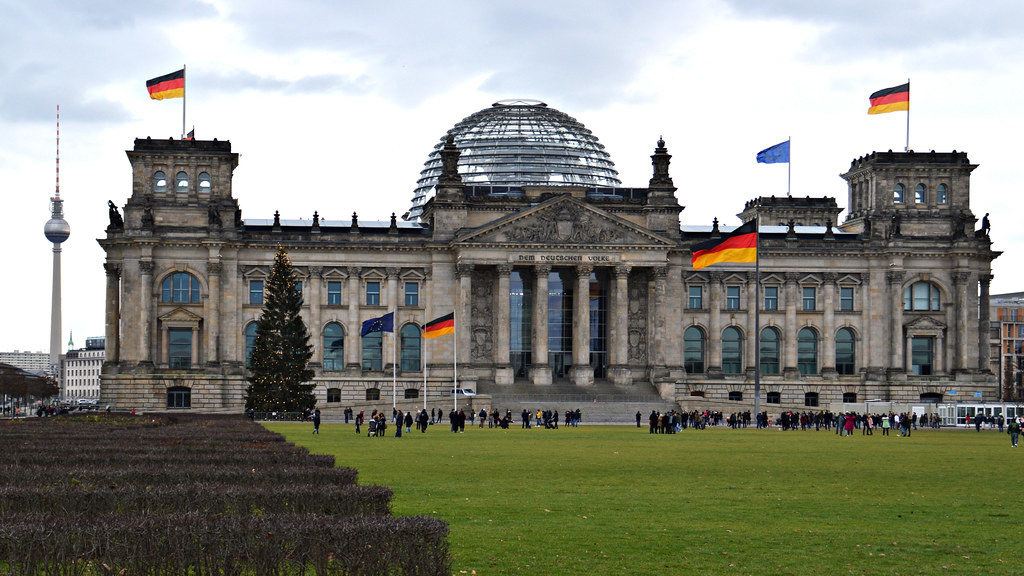 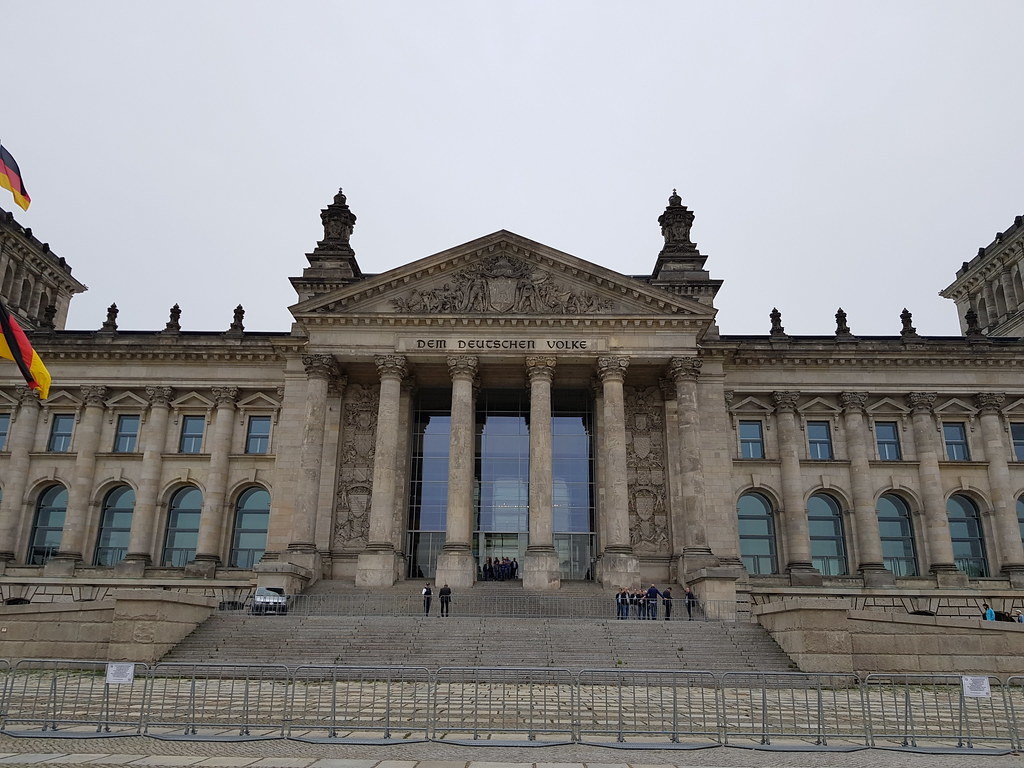