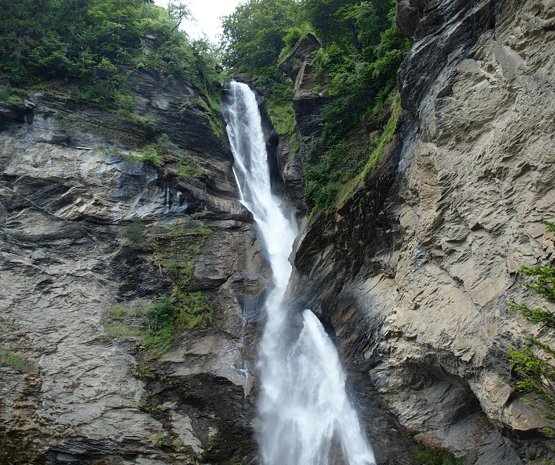 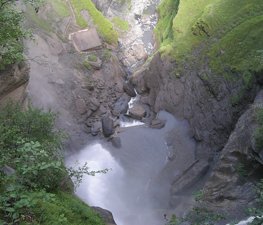 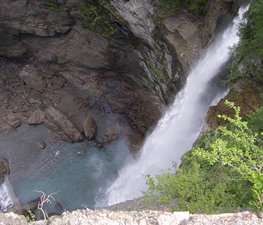 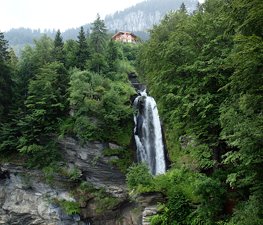 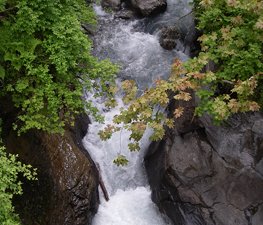 Today, a hydro-electric power company harnesses the flow of the Reichenbach Falls during certain times of year, greatly reducing its flow.

The town and the falls are known worldwide as the setting for an event which never actually happened: Reichenbach Falls is the location where Sir Arthur Conan Doyle's hero, Sherlock Holmes, apparently dies at the end of "The Adventure of the Final Problem" locked in mortal combat with his arch nemesis, Professor Moriarty. Out of many waterfalls in the Bernese Oberland, the Reichenbach Falls seems to have made the greatest impression on Sir Arthur Conan Doyle, the author of the Sherlock Holmes stories. So impressed was Doyle that he decided to let his hero die there. A memorial plate at the funicular station commemorates Holmes, and there is a Sherlock Holmes museum in the nearby town of Meiringen. The actual ledge from which Moriarty and Holmes apparently fall is on the other side of the falls; it is accessible by climbing the path to the top of the falls, crossing the bridge and following the trail down the hill. The ledge is marked by a plaque written in English, German and French; the English inscription reads: "At this fearful place, Sherlock Holmes vanquished Professor Moriarty, on 4 May 1891."

Reichenbach Falls was also the title of a 2008 BBC Four TV drama by James Mavor, based on an idea by Ian Rankin and set in Edinburgh. Numerous historical characters associated with the city, including Conan Doyle and his mentor Dr Joseph Bell, are mentioned in the story.

johnlemon
The views from here are to die for!

Татьяна Зайнашева
Weeeee! Today is 4th of May, the day of final problem.
Load more comments
foursquare.com
7.0/10
995 people have been here
I've been here
Add to wishlist

The Aar Gorge (Deutsch. Aareschlucht) is a section of the river Aar

The Wetterhorn (3,692 m) is a mountain in the Swiss Alps close to the

Grindelwald is a municipality in the district of Interlaken in the

Lake Brienz (Deutsch. Brienzersee) is a lake just north of the Alps, 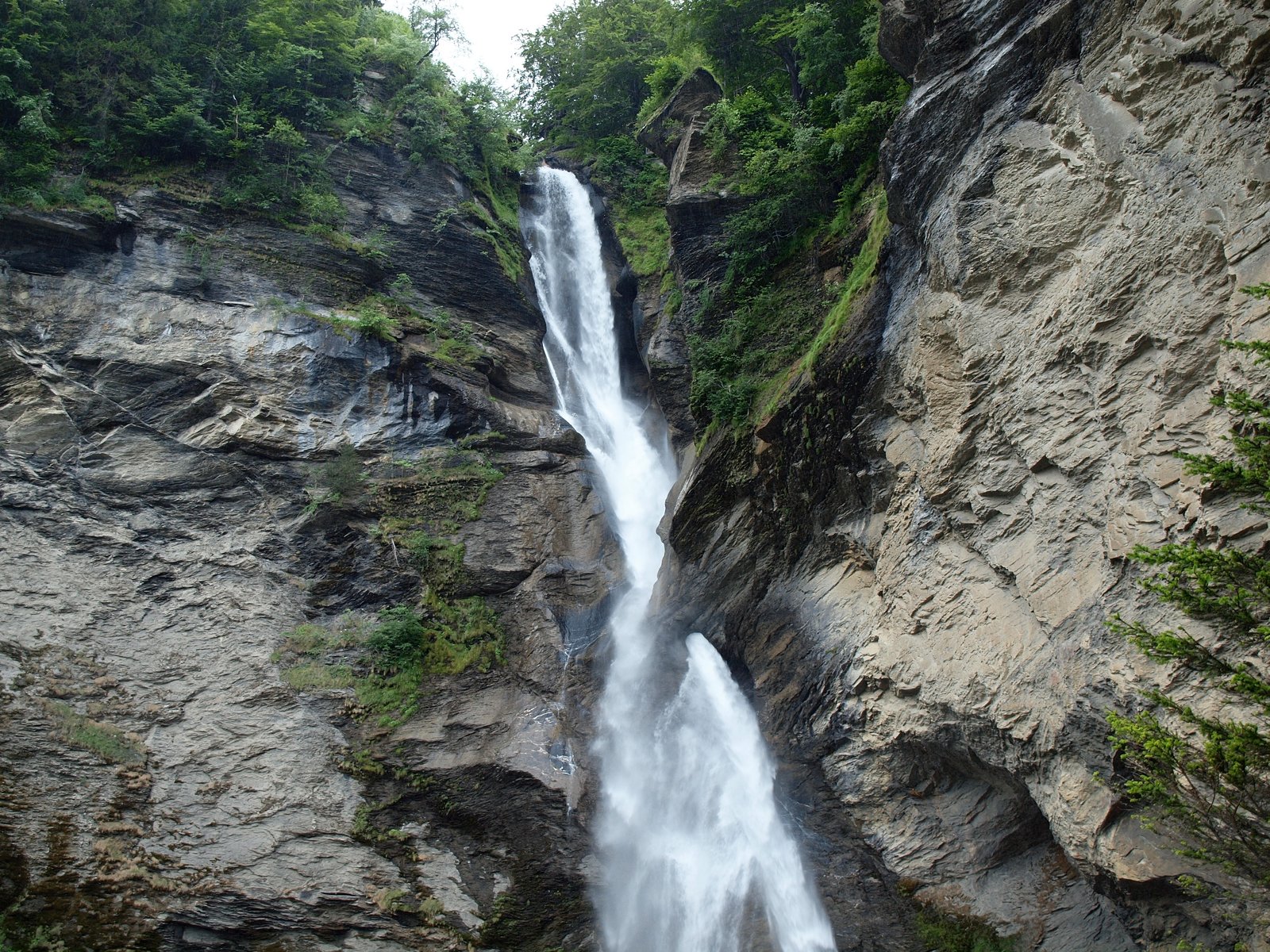 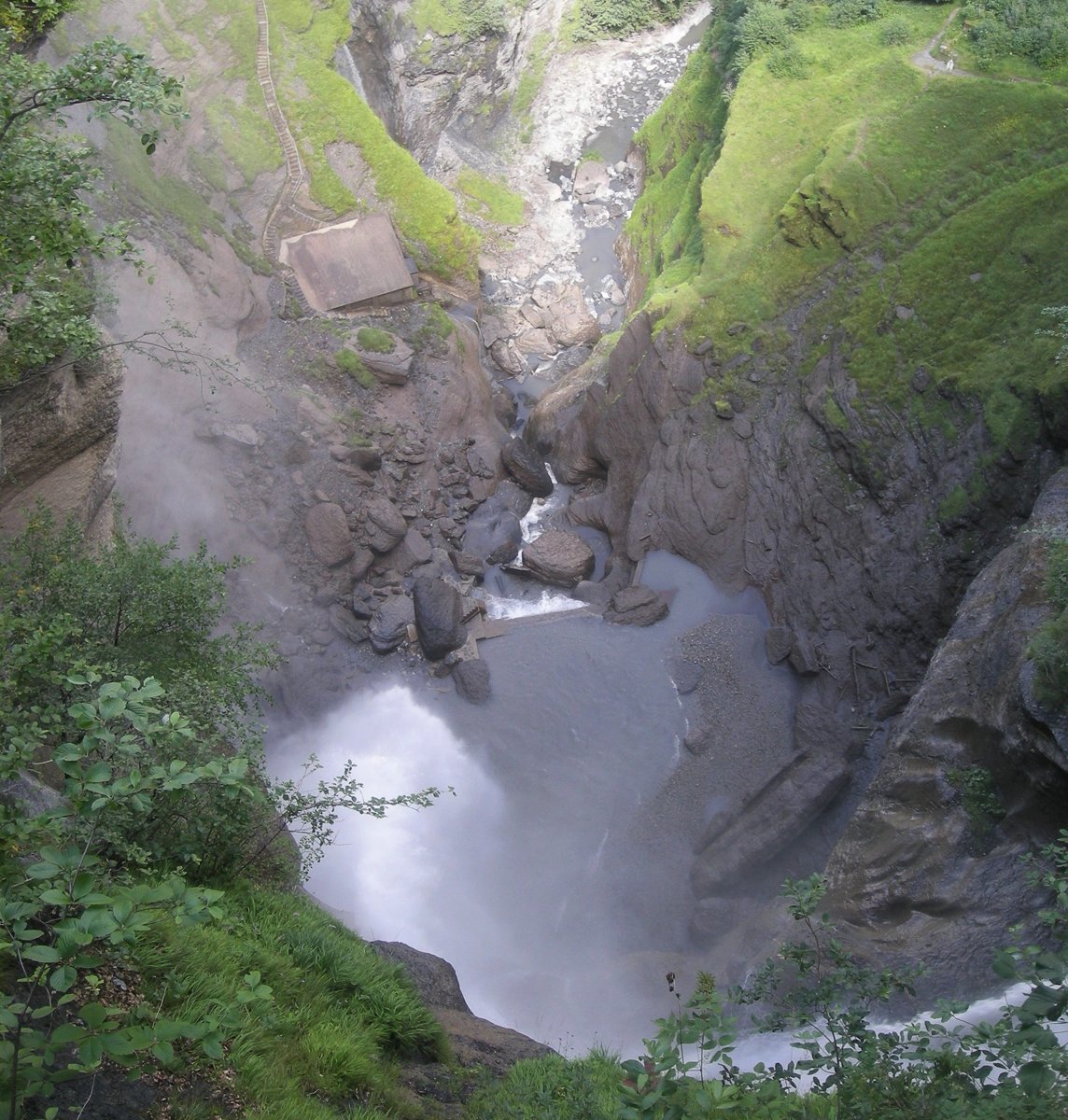 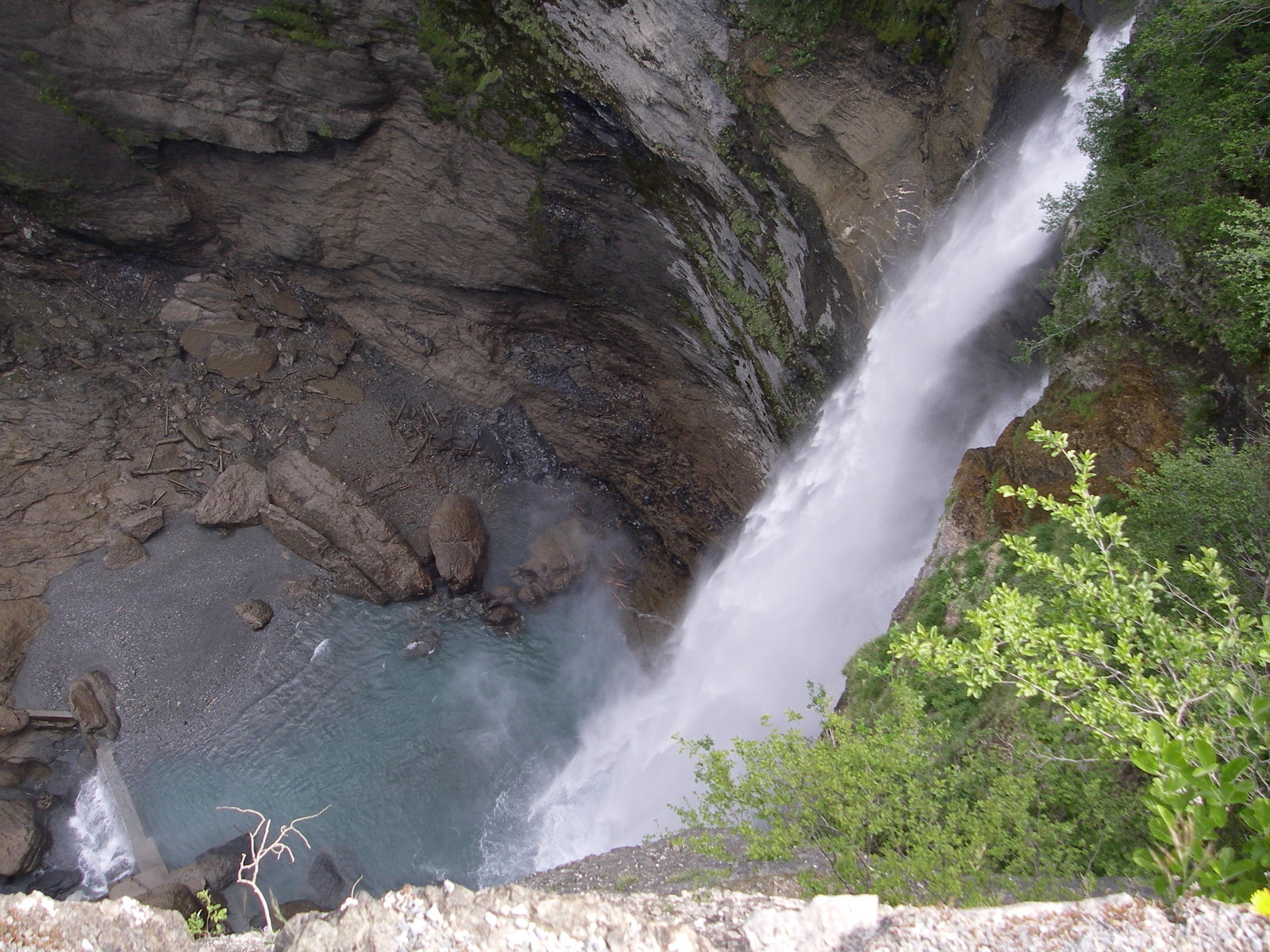 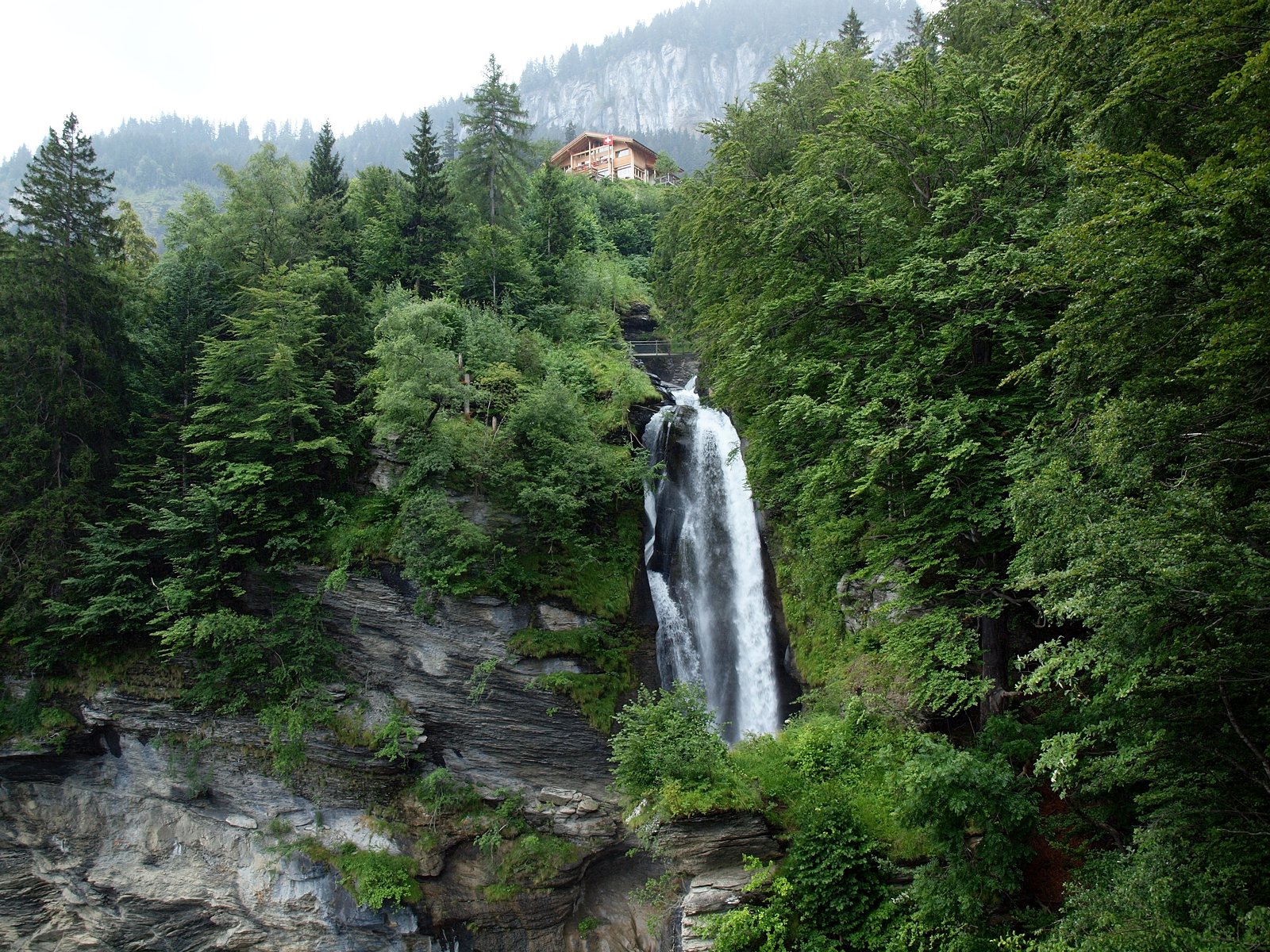 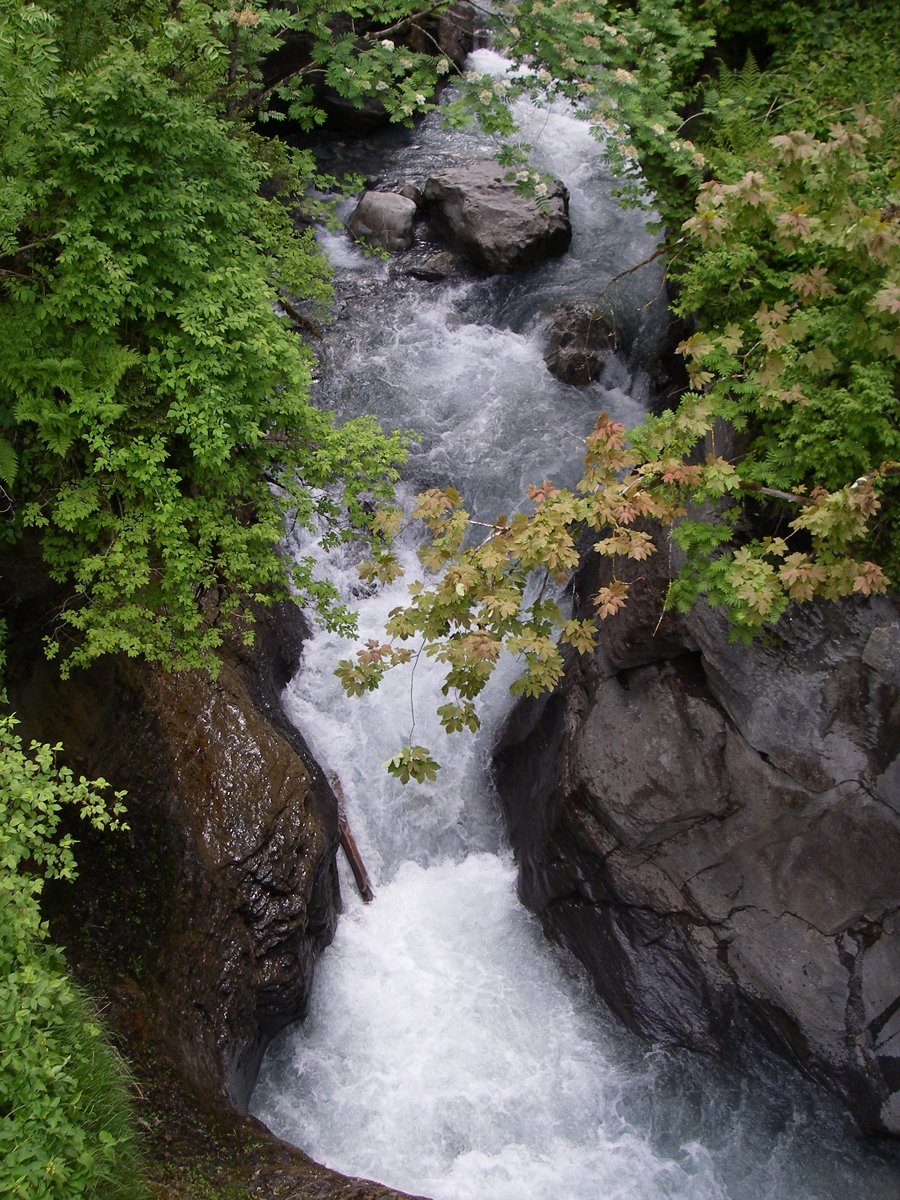 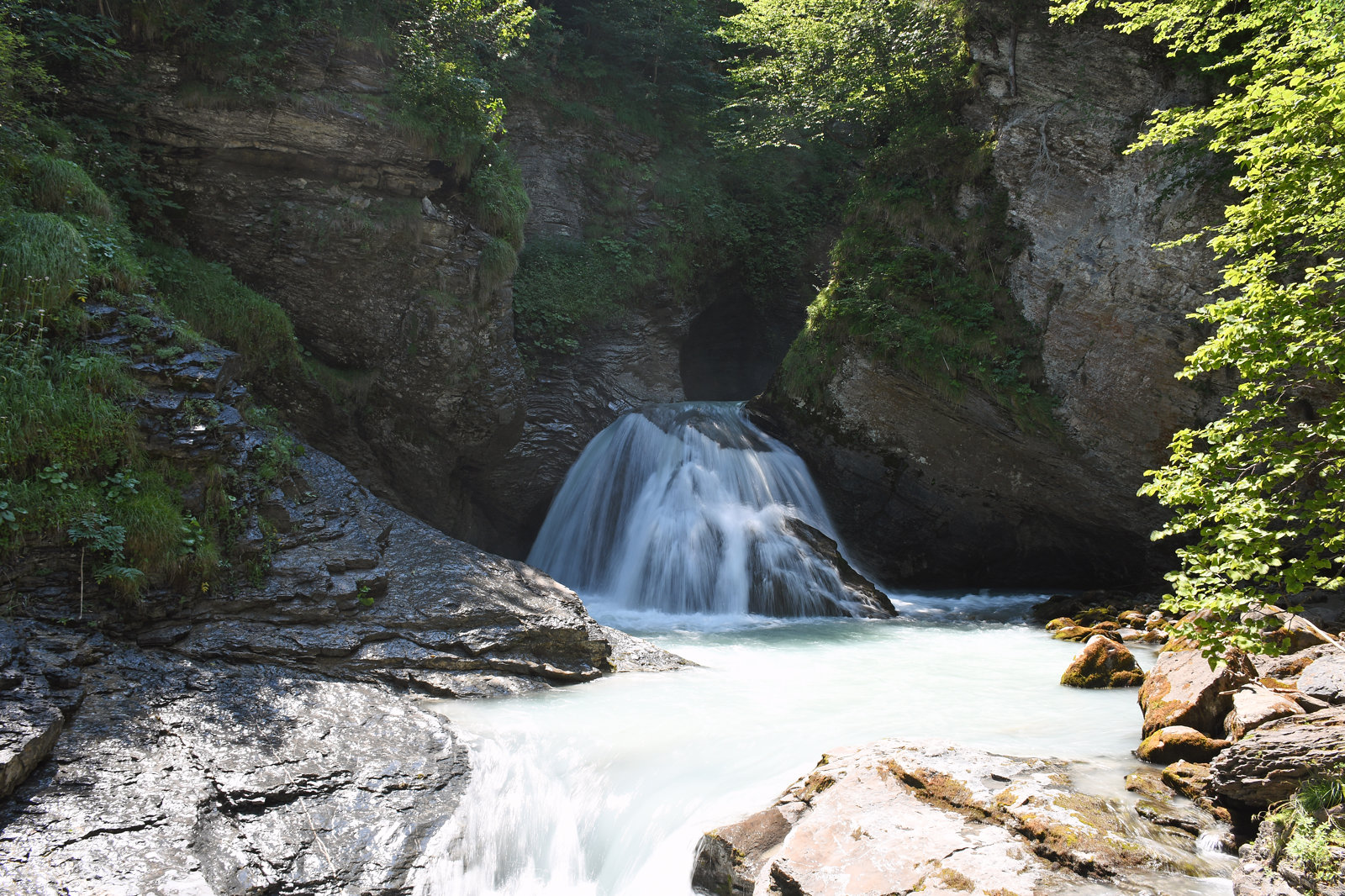 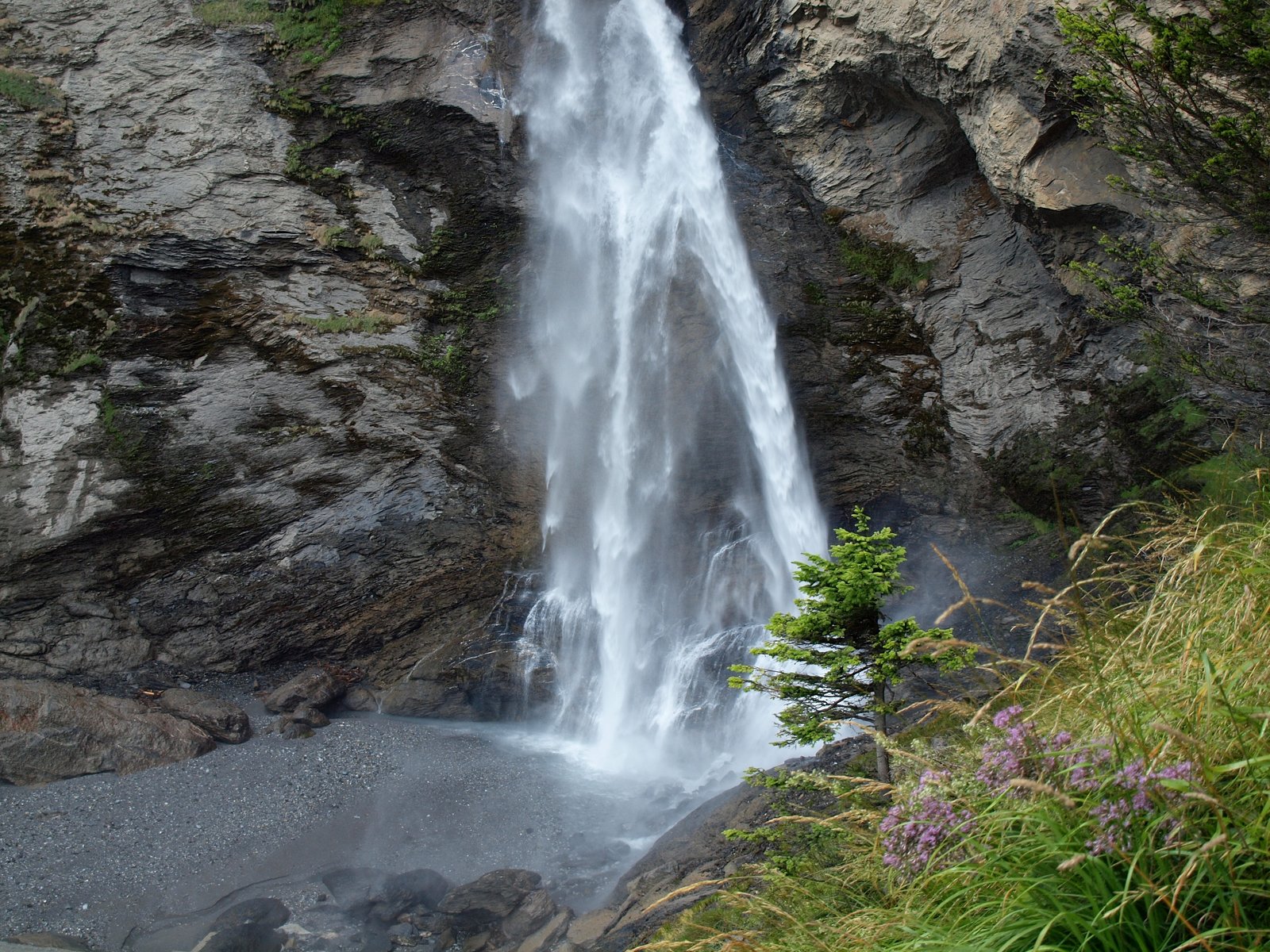 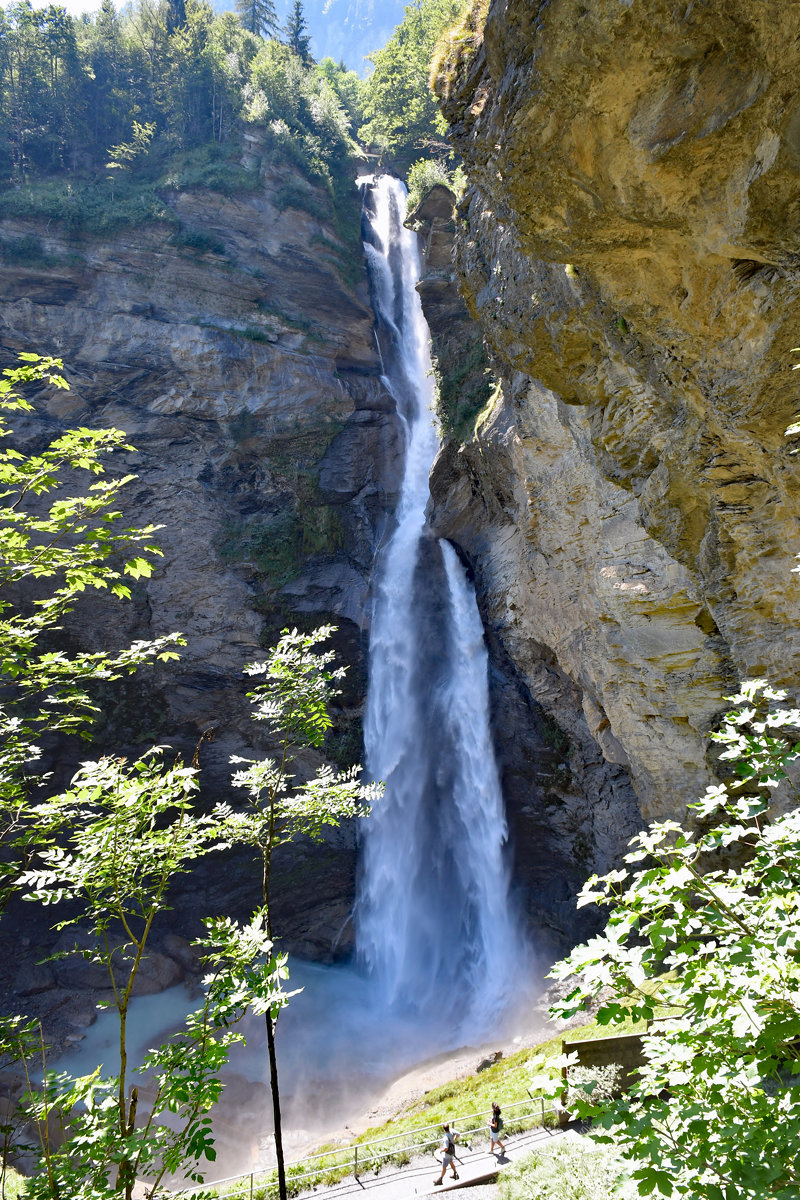 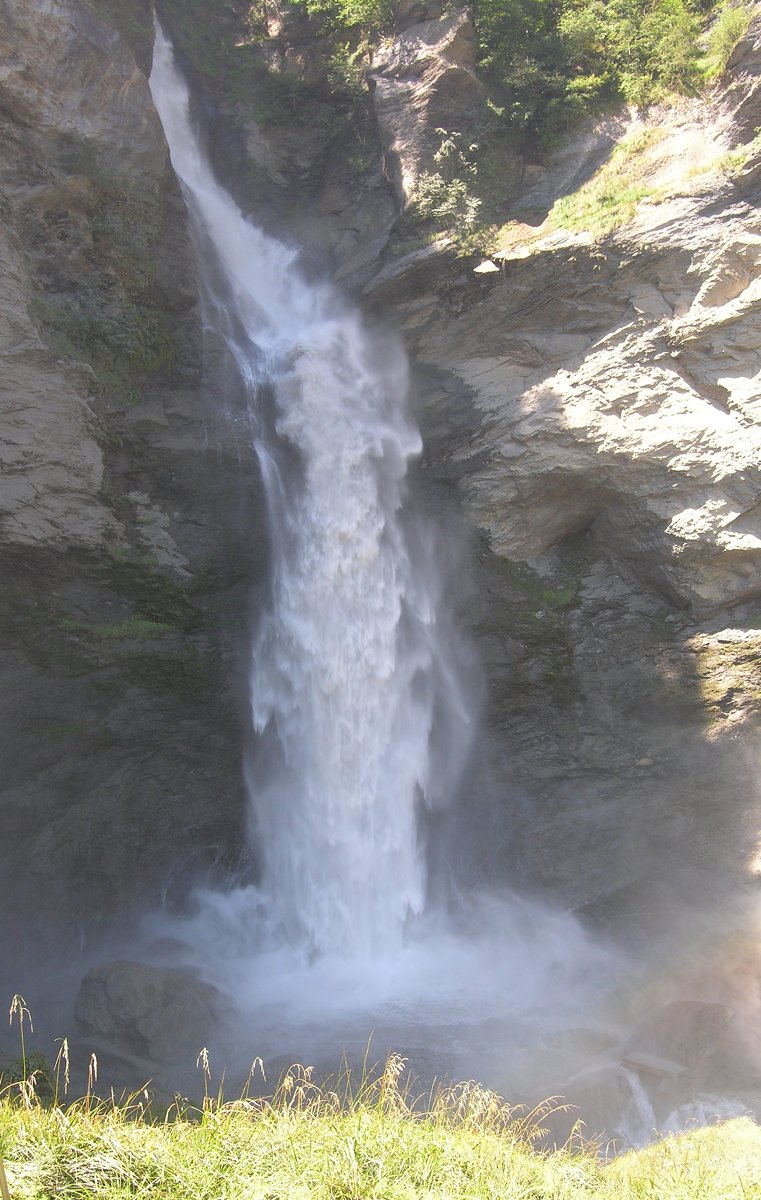 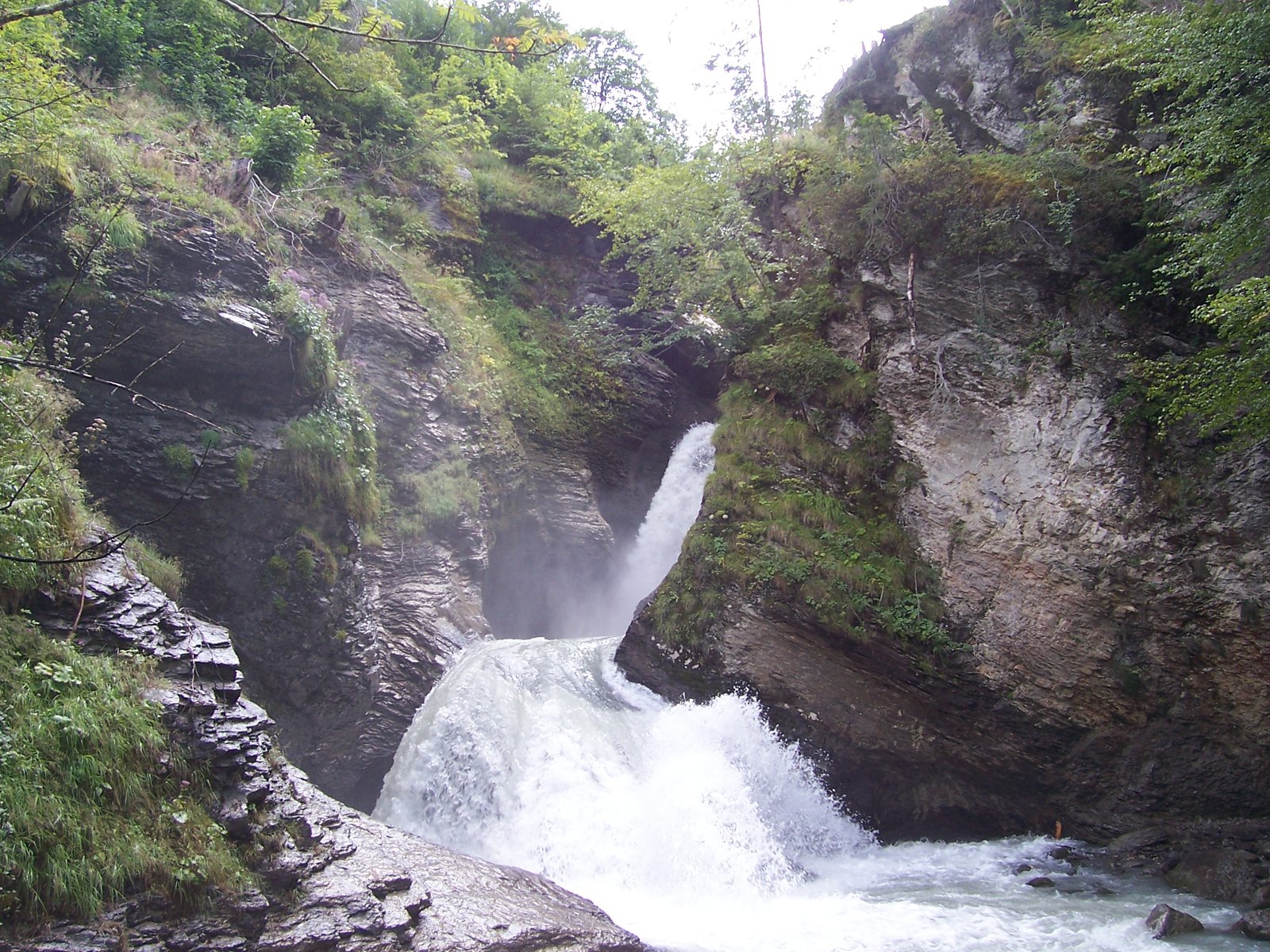 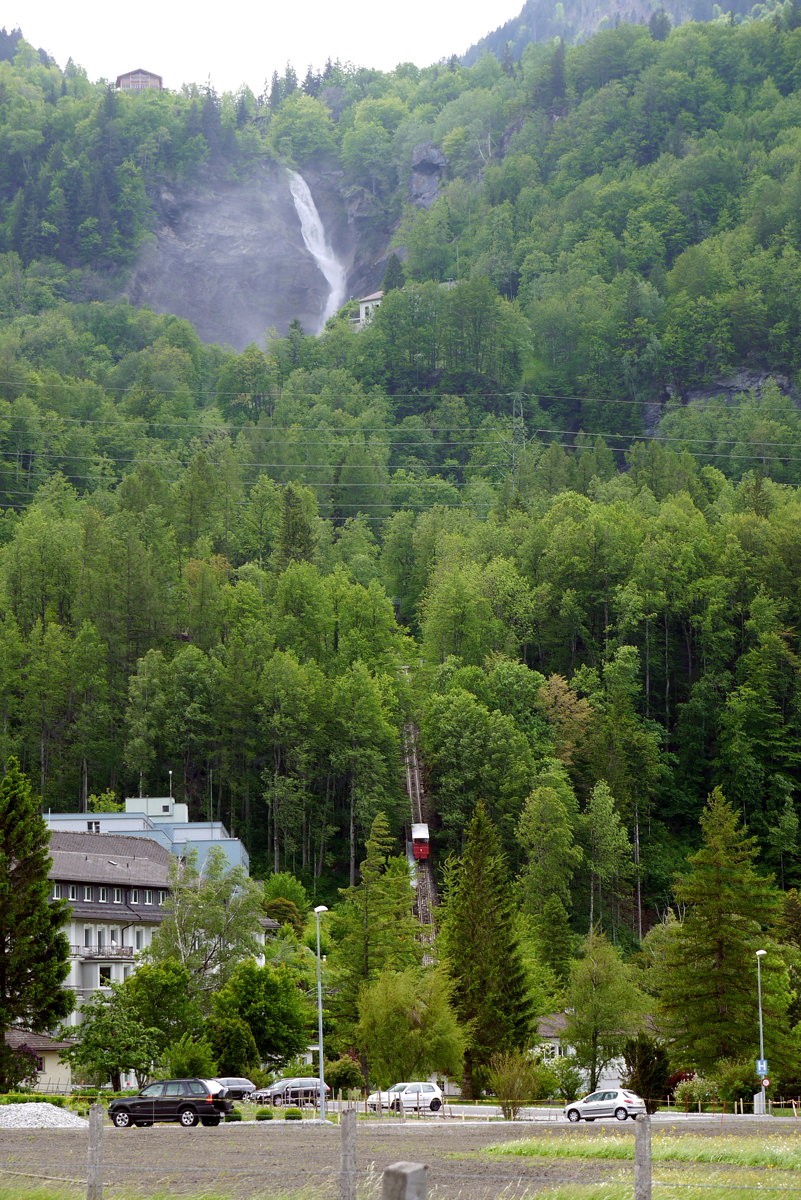 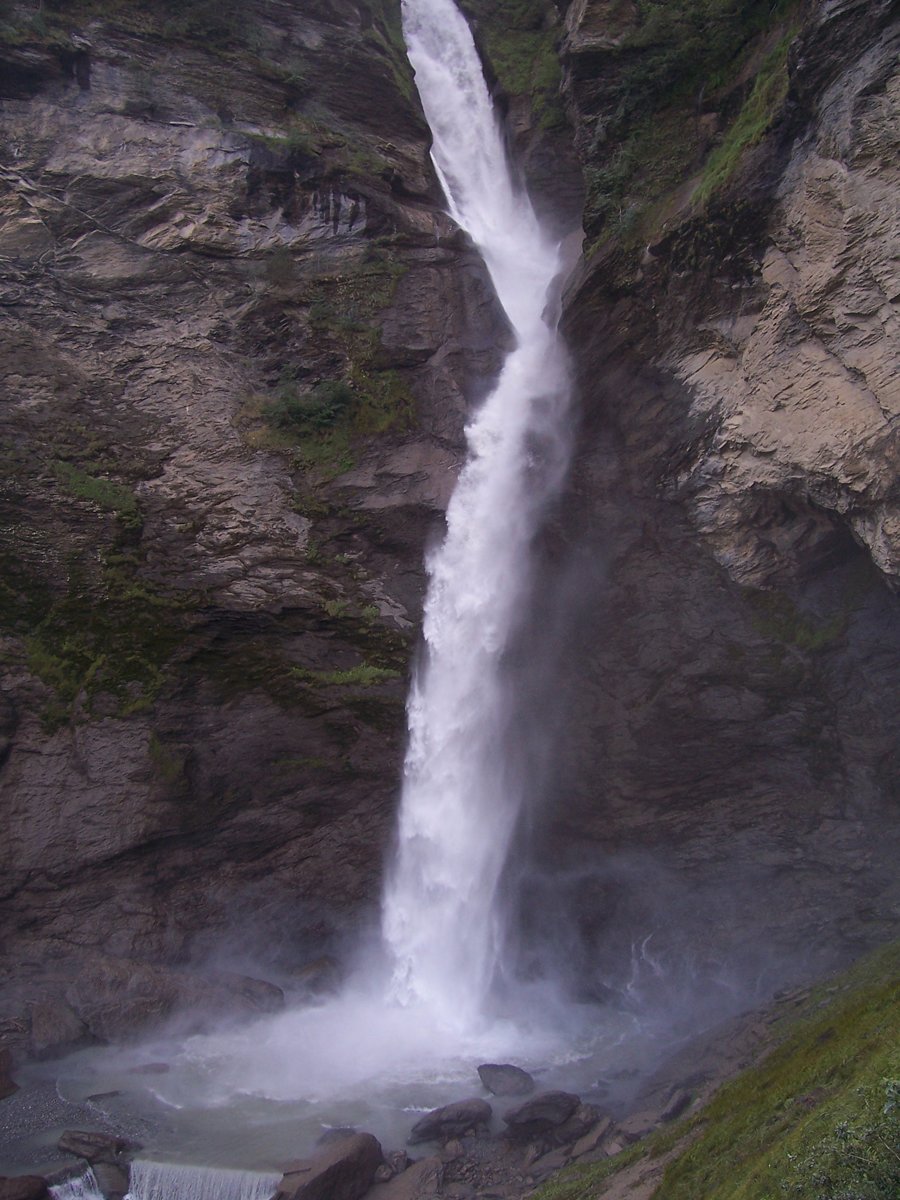 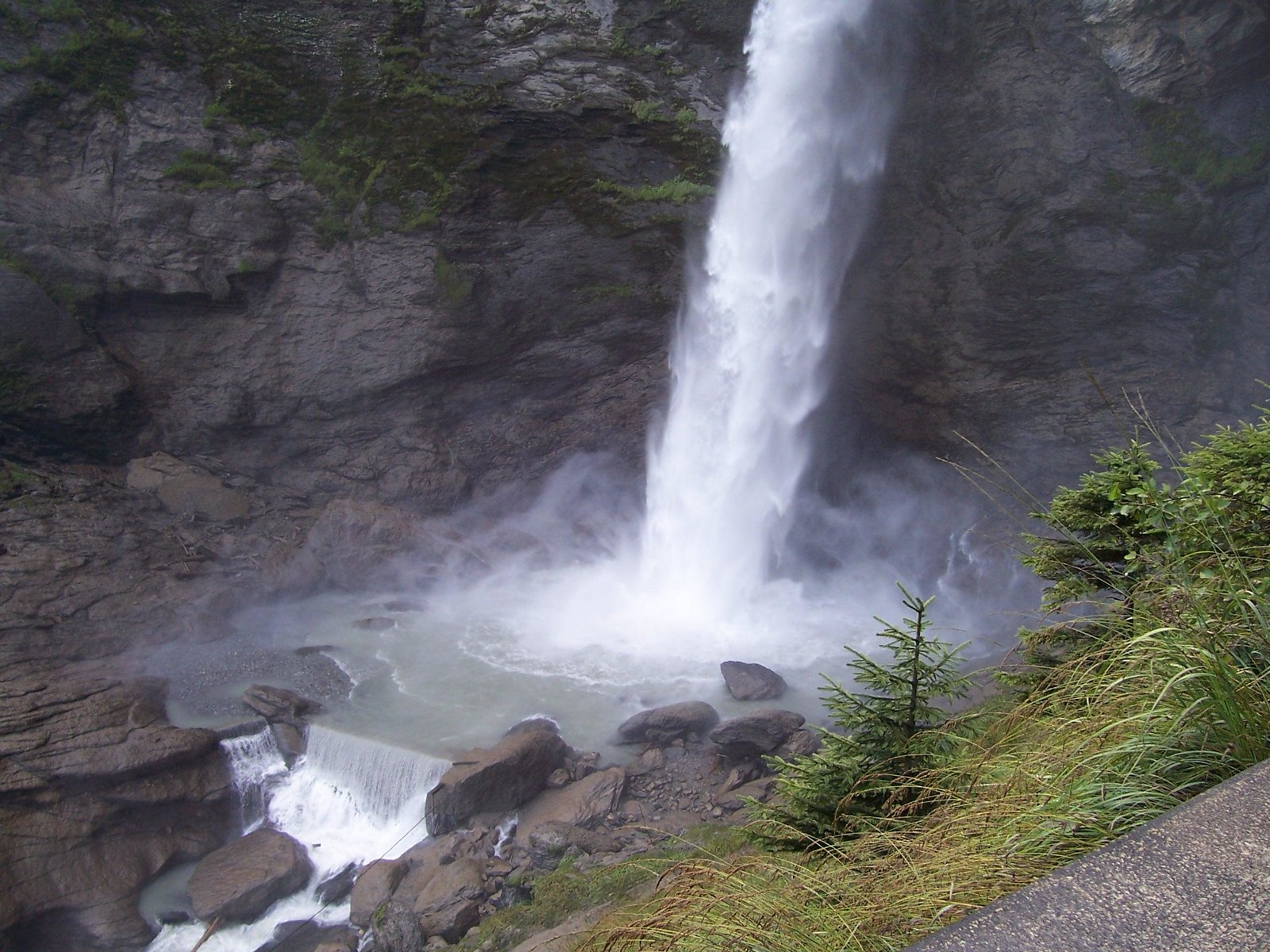 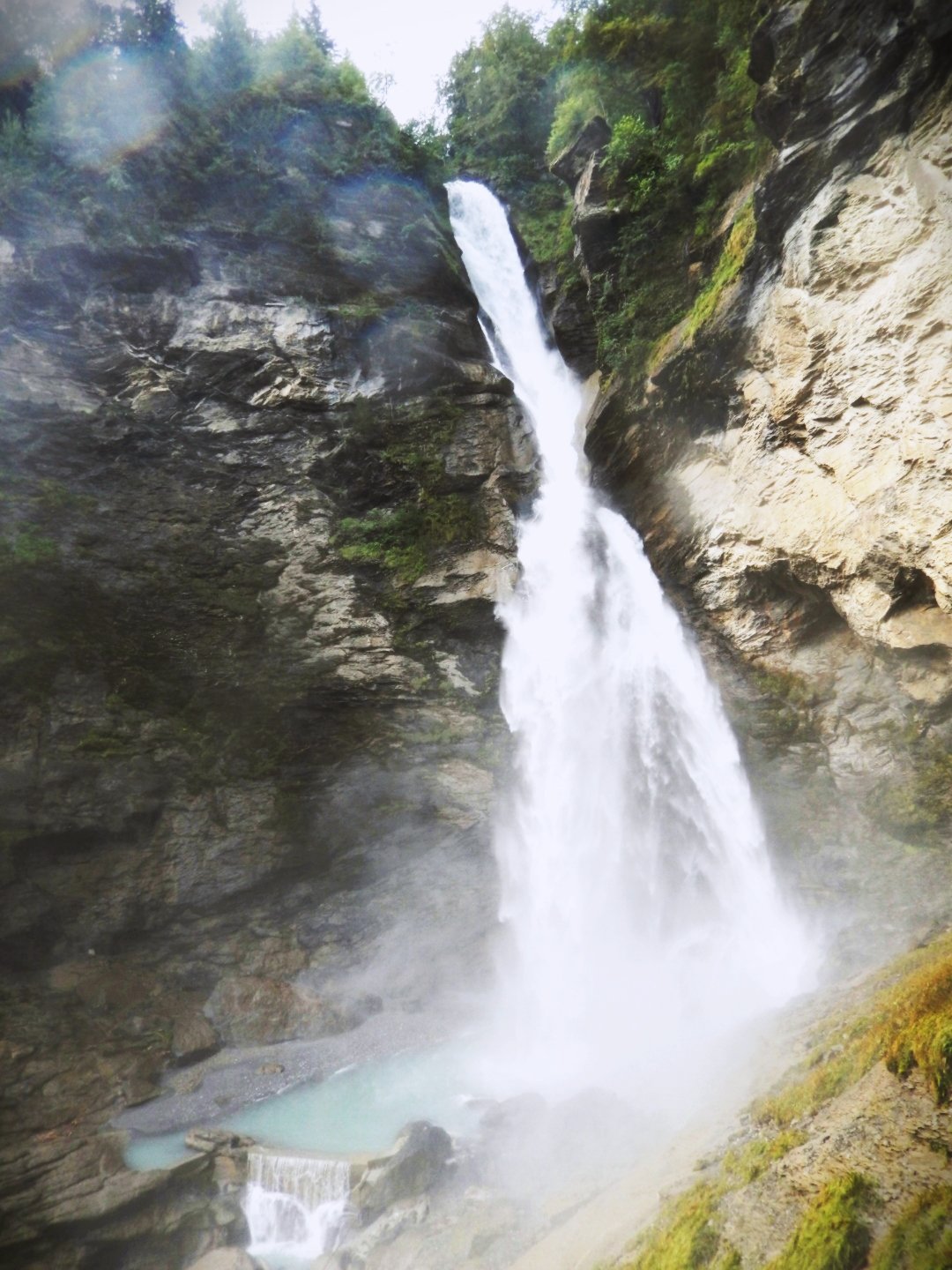 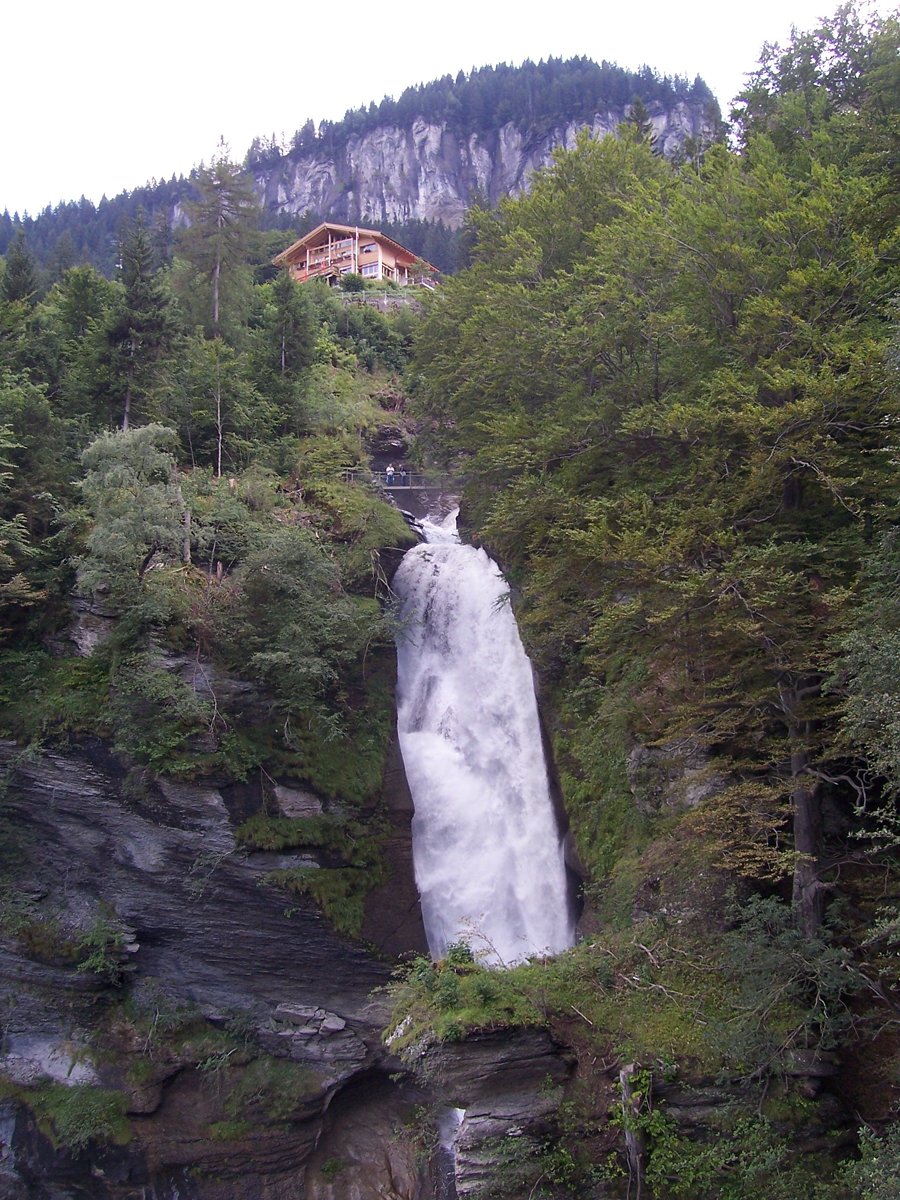 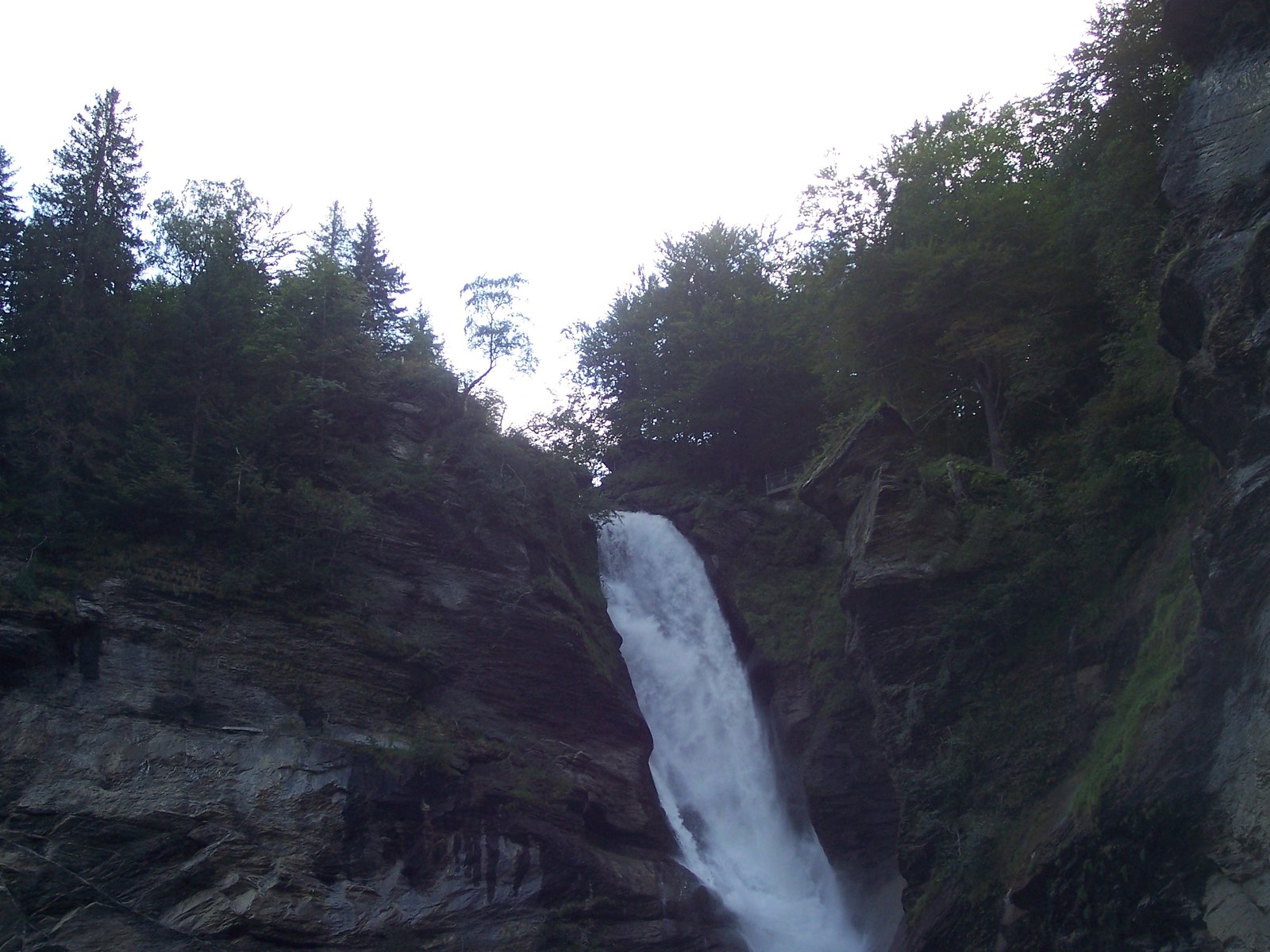 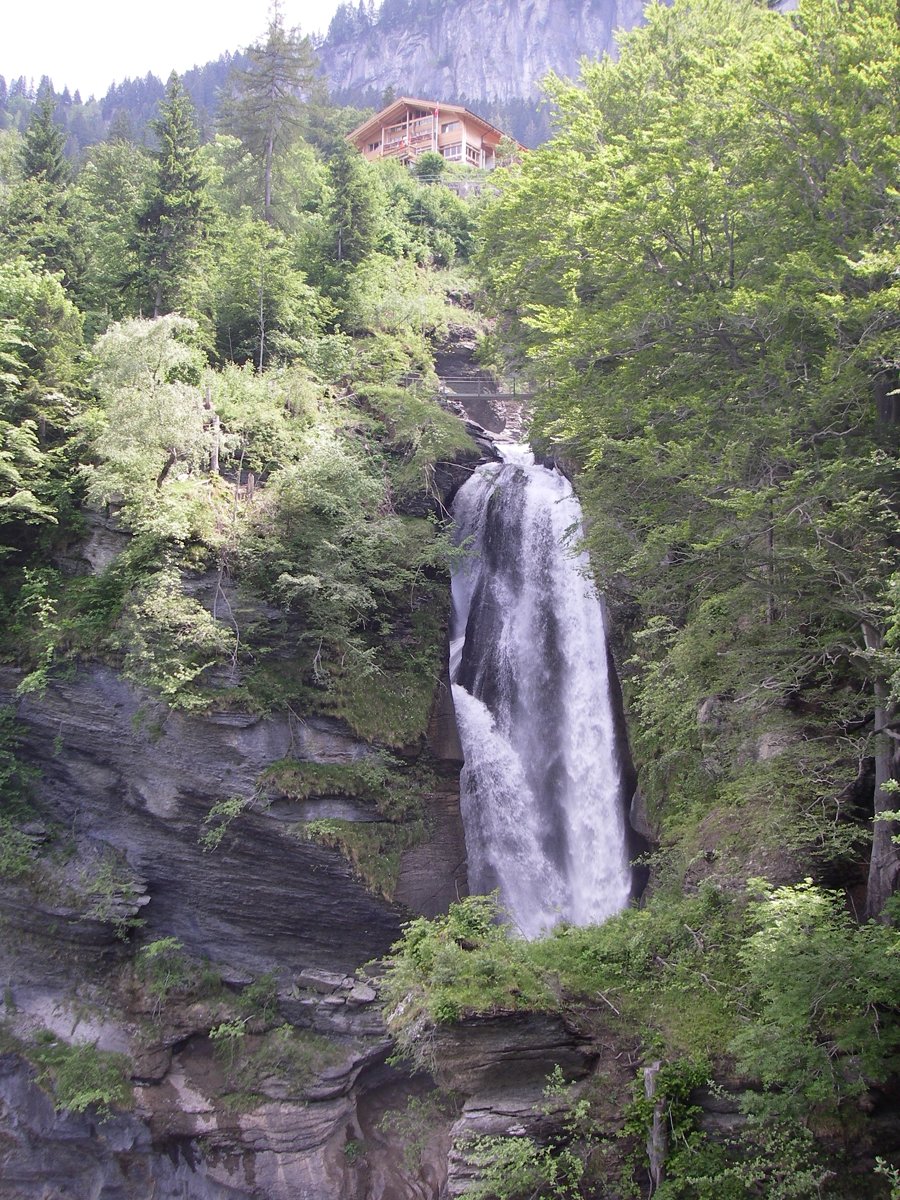