×
What are you looking for?
See all results
Monuments and memorials in Dundee 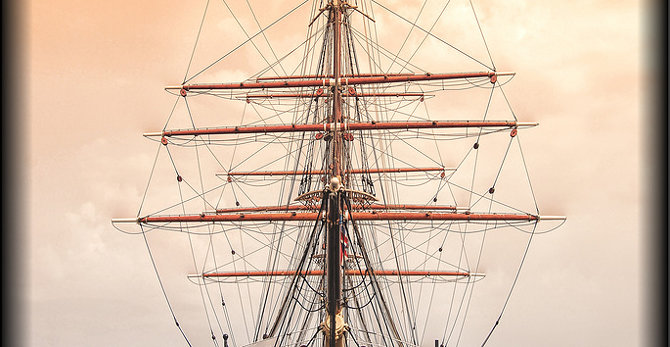 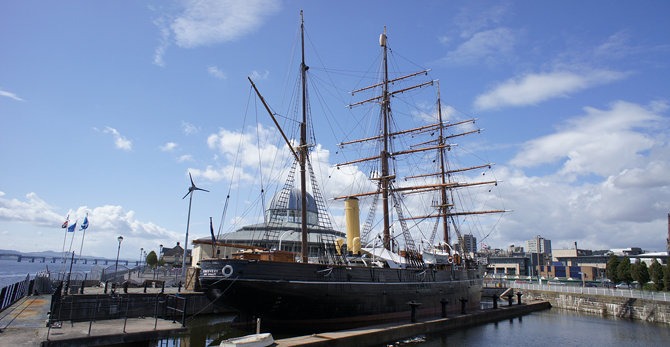 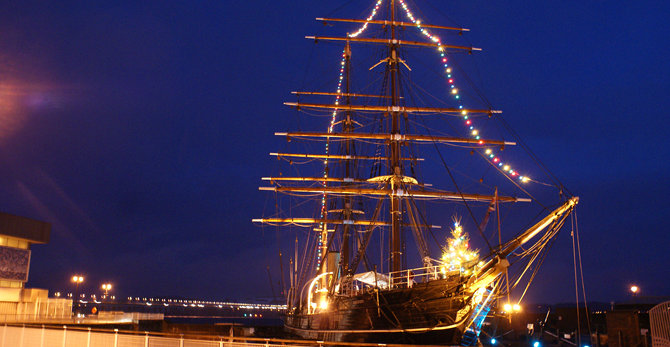 The RRS Discovery was the last wooden three-masted ship to be built in Britain. Designed for Antarctic research, she was launched in 1901. Her first mission was the British National Antarctic Expedition, carrying Robert Falcon Scott and Ernest Shackleton on their first, successful journey to the Antarctic, known as the Discovery Expedition. She is now the centrepiece of visitor attraction in her home, Dundee.

Five months after setting sail on 6 August 1901 from the Isle of Wight, she sighted the Antarctic coastline on 8 January 1902. During the first month Scott began charting the coastline. Then, in preparation for the winter, he weighed anchor in McMurdo Sound. Unfortunately, this was where the ship would remain, locked in ice, for the next two years; the expedition had expected to spend the winter there and to move on in the spring. Despite this, the Expedition was able to determine that Antarctica was indeed a continent, and they were able to relocate the Southern Magnetic Pole. Scott, Shackleton and Edward Wilson also achieved a Furthest South of 82 degrees 18 minutes. The ship was eventually freed on 16 February 1904 by the use of controlled explosives which allowed the ice to be moved away by butting and shunting, thus assisting in the break up of the ice. RRS Discovery finally sailed for home, arriving back at Spithead on 10 September 1904.

The British National Antarctic Expedition was acclaimed upon its return but was also in serious financial trouble, and so in 1905, Discovery was sold to the Hudson's Bay Company, who used her as a cargo vessel between London and Hudson Bay, Canada until the First World War, when she began carrying munitions to Russia. In 1916, she was loaned to the British Government to rescue Shackleton's party marooned on Elephant Island, but they were rescued before she arrived. In 1917, she carried supplies to the White Russians during the Russian Civil War. At the end of the hostilities Discovery was chartered by various companies for work in the Atlantic, but outdated and outclassed by more modern merchant vessels she was soon laid up, spending the early 1920s as the headquarters of the 16th Stepney Sea Scouts.

In 1923 her fortunes were revived when the Crown Agents for the Colonies purchased her for further research work in the Antarctic. Re-registered to Stanley in the Falklands and designated as a Royal Research Ship, Discovery underwent a £114,000 refit before sailing in October 1925 for the South Seas to chart the migration patterns of whale stocks as part of the Discovery Investigations. Her research role continued when the British Government lent her to BANZARE, the British Australian and New Zealand Antarctic Research Expedition. She served in this duty from 1929 until 1931.

Returning to Britain, her research days now over, Discovery was laid up until 1936 when she was presented to the Boy Scouts Association as a stationary training ship for Sea Scouts in London. During the war her engines and boilers were removed for scrap to help with the war effort. Too costly for the Scouts Association to maintain she was transferred to the Admiralty in 1955 for use as a drill ship for the Royal Navy Auxiliary Reserve. As the years passed her condition deteriorated and when no longer of use to the Navy, she was in danger of being scrapped. Saved from the breakers yard by the Maritime Trust, into whose care she passed in 1979, her future had been secured. Berthed on the River Thames and open to the public, the trust spent some £500,000 on essential restoration until she was passed into the ownership of the Dundee Heritage Trust in 1985.

On 28 March 1986 Discovery left London aboard the cargo ship Happy Mariner to make her journey home to the town that built her, arriving on the River Tay on 3 April to a tumultuous welcome. Moved to a custom built dock in 1992 and listed as part of the National Historic Fleet, Core Collection, Discovery is now the centrepiece of Dundee's visitor attraction Discovery Point and civil marriages can be held there. The city also markets itself with the strapline One City, Many Discoveries, in honour of RRS Discovery, the research work of the two universities in the city, the Ninewells teaching hospital and the other creative activities and innovation that take place in this vibrant city.

The ship features on the crest of the coat of arms of the British Antarctic Territory.

Discovery features as part of the new Polar museum based at Discovery Point in Dundee. Since the 1990s the museum has concentrated on interpreting the vessel on all of her voyages. The collections include personal items from the ship's crew as well as information on her scientific activities. Items range from the games played by the crew on her first expedition to examples of sea fauna. There are several star objects on display including Captain Scott's rifle and pipe. Her three main voyages: The National Antarctic Expedition (1901-1904), the Discovery Oceanographic Expedition (1925-1927) and the BANZAR expeditions (1929-31), are all explored in the museum through film and photographic evidence with artefacts from each era represented. The museum also holds other pieces from Scott's subsequent Terra Nova expedition and Shackleton's Endurance expedition.

The ship is now displayed in a purpose-built dock facility and her configuration is a near as possible to her 1924 state, when she was refitted in the Vosper yard at Portsmouth.

There have been two subsequent royal research ships named Discovery, RRS Discovery II (1929) and the current RRS Discovery. A further Discovery is due to replace the present ship.

The spaceship Discovery One in Arthur C. Clarke's book 2001:A Space Odyssey was named by Clarke after RRS Discovery; Clarke used to eat his lunch aboard her, as she was moored near the office where he worked in London. According to Clarke, he was unaware that RRS Discovery was launched in 1901, so the fact that she was celebrating her centenary in the year of his book is a coincidence.

Mark
Fantastic and surprisingly large museum. On top of this you can come back for free for an entire year after your visit. The "Smoked in History" beer on sale in the gift shop is super tasty.
Load more comments
foursquare.com

See all hotels See all
Central Three Story Townhouse I

McManus Galleries is a Gothic Revival-style building, located in the

The Mills Observatory in Dundee, Scotland, is the only full-time

Broughty Castle is a historic castle in Broughty Ferry, Dundee,

Powrie Castle is a 16th century castle located in the north of Dundee,

Claypotts Castle is a medieval castle located in the suburban West 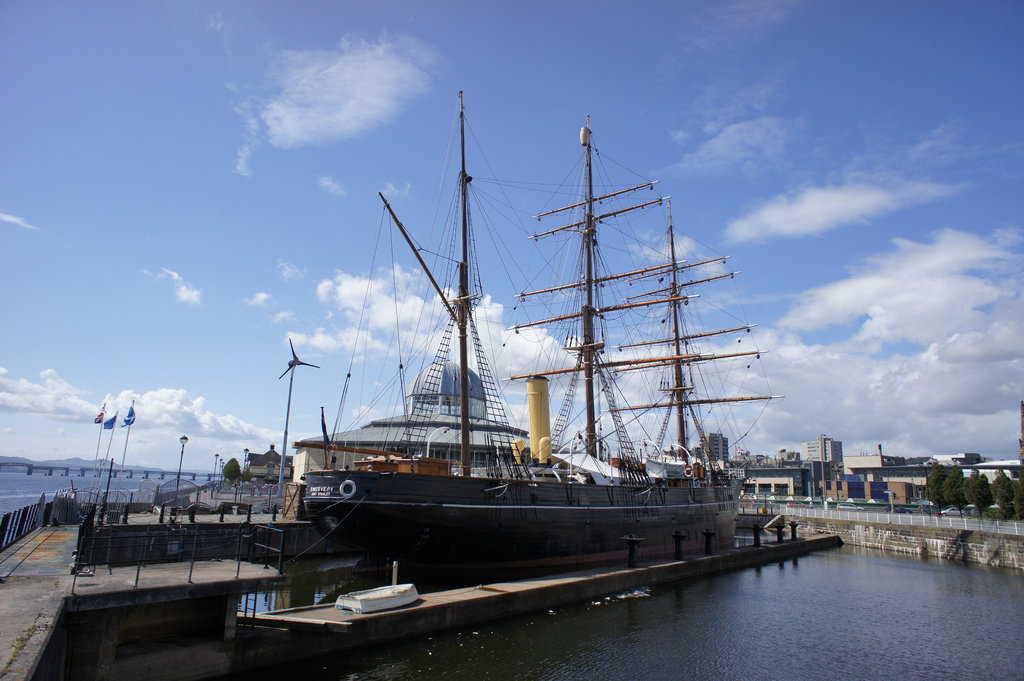 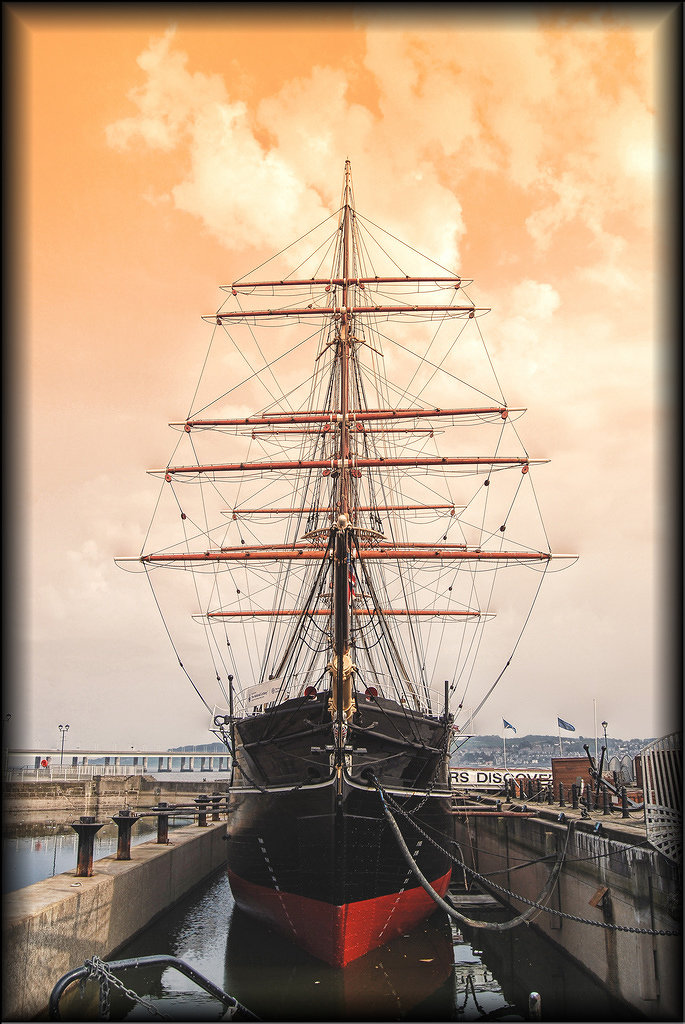 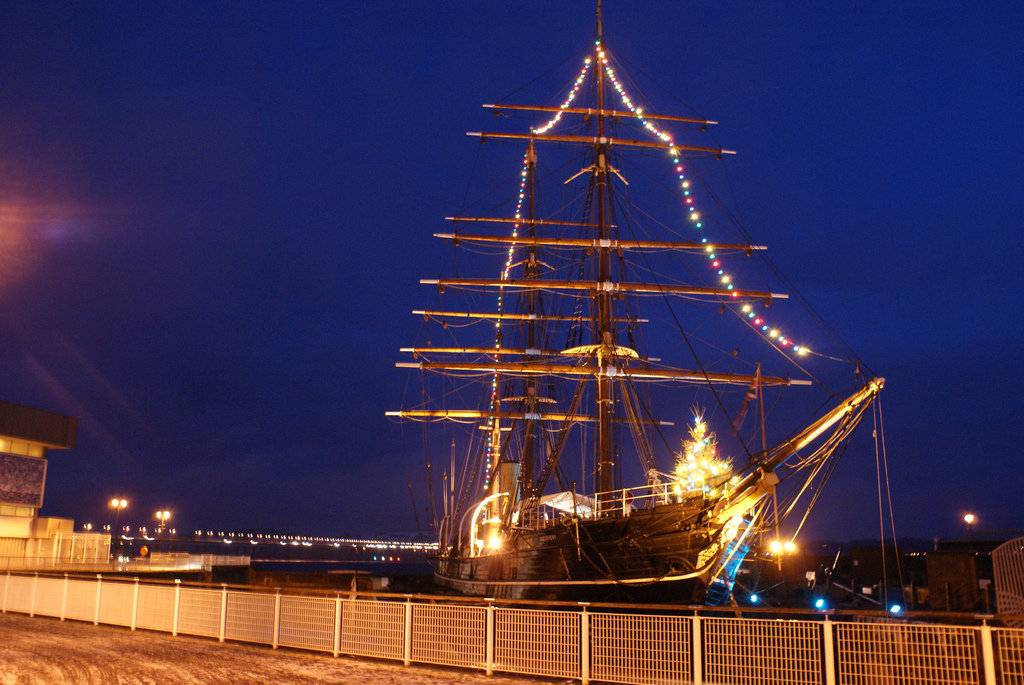 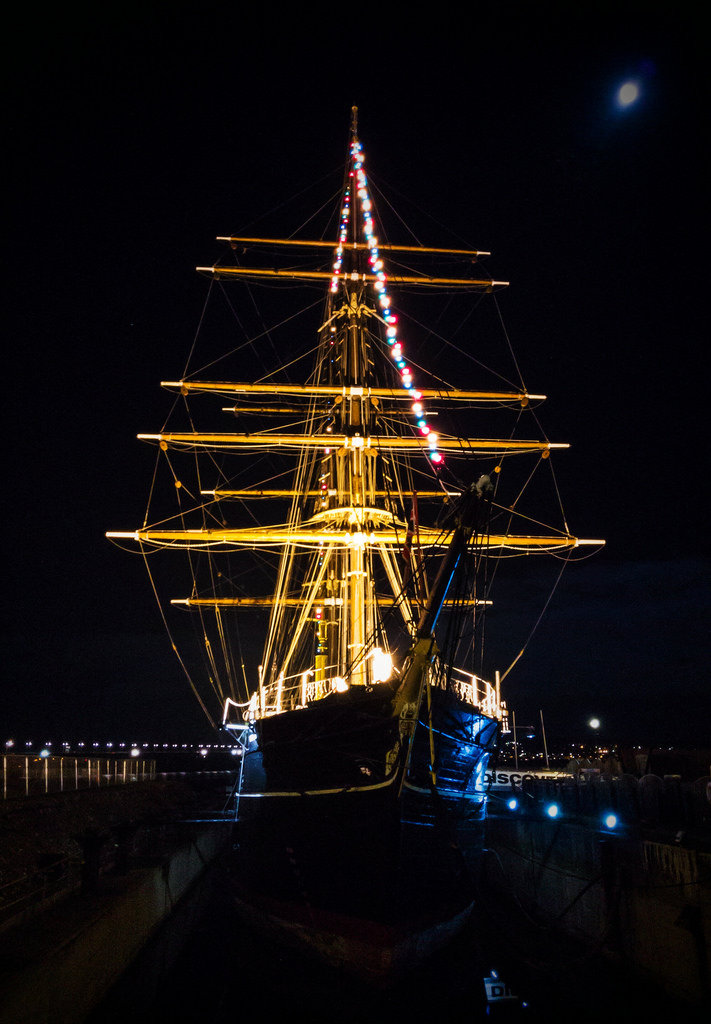 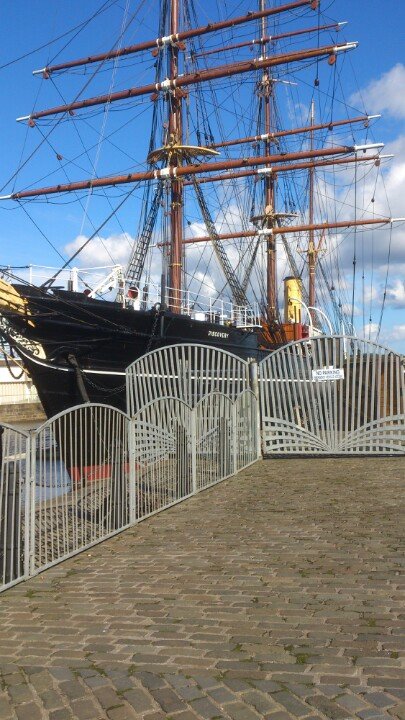