×
What are you looking for?
See all results
Archaeological sites in Vista Ramos 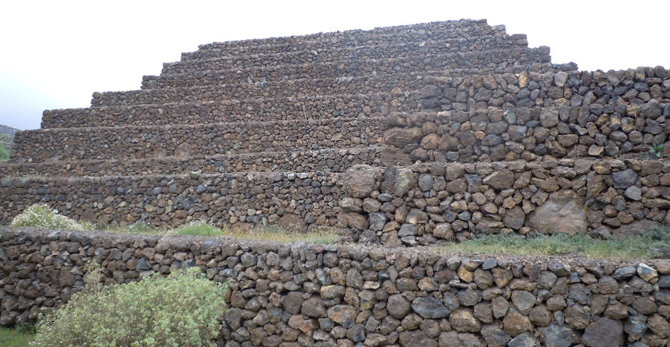 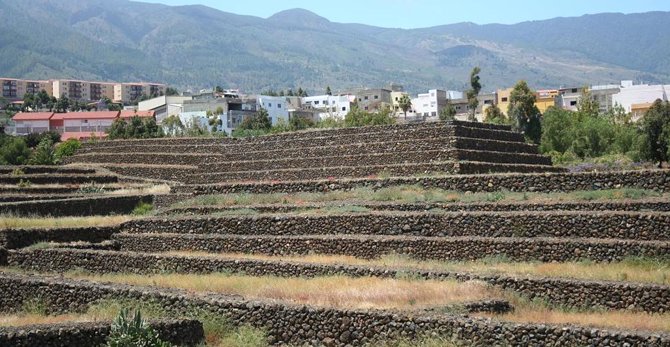 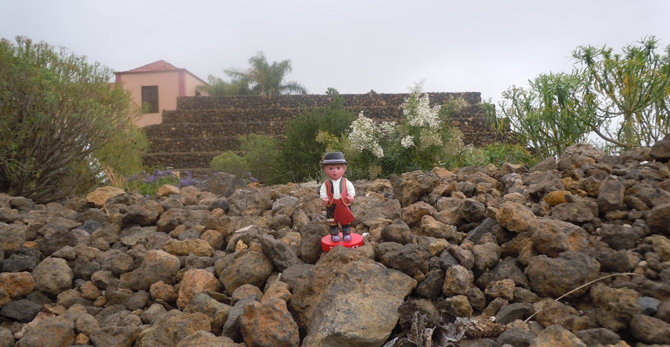 The Pyramids of Guimar refer to six rectangular pyramid-shaped, terraced structures, built from lava stone without the use of mortar. They are located in the district of Chacona, part of the town of Güímar on the island of Tenerife in the Canary Islands. The structures have been dated to the 19th century and their original function explained as a byproduct of contemporary agricultural techniques. However, they have attracted attention largely due to more outlandish speculations regarding their origins and purposes.

Local traditions as well as surviving images indicate that similar structures (also known as, "Morras", "Majanos", "Molleros", or "Paredones") could once have been found in many locations on the island. However, over time they have been dismantled and used as a cheap building material. In Güímar itself there were nine pyramids, only the six of which survive.

In 1990, adventurer and publisher, Thor Heyerdahl, became aware of the "Canarian Pyramids" by reading an article written by Francisco Padrón in the Tenerife newspaper "Diario de Avisos" detailing "real pyramids on the Canaries". As Heyerdahl had hypothesized a transatlantic link between Egypt and Central America, he became intrigued by the Guimar pyramids and relocated to Tenerife. There Heyerdal researched possible parallels between the Canarian terrace structures and pyramid structures in Egypt and Central America in pre-Columbien Mesoamerica as ceremonial areas.

Heyerdahl hypothesised that the Canarian pyramids formed a temporal and geographic stopping point on voyages between ancient Egypt and the Maya civilization, initiating a controversy in which historians, esoterics, archaeologists, astronomers, and those with a general interest in history took part.

In 1991, research by Antonio Aparicio Juan and César Esteban López, both associates of the Canary Institute of Astrophysics, suggested that the long sides of some of the terrace structures at Guimar marked the direction of both solstices. Standing on the platform of the largest pyramid on the day of the Summer solstice it is possible to experience a double sunset, as first the sun sets behind a mountain top, then it emerges again from behind the mountain and sets a second time behind a neighbouring peak. The pyramids have stairs on their western side which face the direction of the rising sun on both solstices. However, considering the room that these observations leave for interpretation, it is impossible based solely on these observations alone to conclude that the intention of the structures builders was indeed to create the aforementioned effects.

In 2005, a book was published in Spanish by Aparicio and Esteban titled The Pyramids of Güímar: Myth and Reality. Aparicio and Esteban suggest that the pyramids were potentially built by the Freemasons, claiming that the pyramids were oriented towards the Summer solstice to indicate aspects of masonic symbolism. Amongst historians this theory is not generally acknowledged.

Between 1991 and 1998, with the agreement of Thor Heyerdahl, multiple excavations of the site by archaeologists of the University of La Laguna (Departamento de Prehistoria, Antropología e Historia Antigua) took place. In 1996 the results of the 1991 excavation were presented at a colloquium and in 1998 Session published the conclusive proof delivered by the dating of the pyramids. According to the preceding geophysical Georadar-Survey eight locations, each with an area of 25 m², were investigated in layers down to the solid lava-floor. In doing so it was possible to establish three specific sediment layers. Starting from the top these were:

1) A layer of thickness averaging 20 cm, consisting of humus rich earth with many plant remains and roots; tracks from ploughing were clearly identifiable as were a broad spectrum of readily datable finds from the second half of the 20th century.
2) A layer of thickness averaging 25 cm, similar in composition to the first layer, however containing less humos and a larger amount of small stones; a large variety of finds which could be dated to the 19th and 20th century were found, of which an official seal from 1848 deserves particular mention.
3) A layer of thickness between 25 and 150 cm, composed out of small volcanic rocks, most likely put in place in one movement, which levelled the uneven stone underneath; the stones contained only very few finds, mostly a small number of pottery shards, of which some was local and some imported, both kinds were roughly estimated as belonging to the 19th century; the pyramids stand stratigraphically directly on top of this bottom layer, therefore, by means of the archaeological stratification and the Law of Superposition, allowing only for an earliest date of construction of the pyramids within the 19th century.

Furthermore, under the border edge of one of the pyramids a natural lava cave was discovered, which had been walled up and gave up finds from the time of the Guanches. Since the pyramids lie stratigraphically above the cave, the Guanche finds from between 600 and 1000 A.D can only support conclusions on the date of human use of the cave. The pyramids cannot be older than the 19th century, due to the imported ceramics previously mentioned.

The archaeologists involved maintain that the creation of the terrace structures followed from the practices of the 19th century rural population, who created these structures while clearing cultivatable land of stones, as they piled the stones into these terrace shapes. The excavations and subsequent research support a date for the construction of the structures no earlier than the 1800s.

Heyerdahl continued to suggest that the structures were not haphazardly piled-up stones. The stones at the corners of the pyramids clearly show marks from being purposefully shaped[], and the exterior sides of the objects have straight planes[], since all the stones were piled up on top of each other with the flat sides pointing out[]. Heyerdahl maintained a belief in the hypothesis that the pyramids were connected with Guanches until his death. The association of the Guanches and the pyramids continues to be elaborated upon both in "Pyramid park" and on its official website.

Aparicio and Estebans' theory connects the facts that the pyramids were built in the 19th century with the acknowledgement that they are not simply piles of stones.

Following the completion of the excavations in 1998, the 65,000 square meter area surrounding the pyramids was made accessible to the public. Heyerdahl received financial support from his friend the Canarian businessman Fred Olsen, who owns the largest transport company in the Canaries and whose family came to the islands from Norway in the 1900s. An information centre provides visitors with information about Heyerdahl’s research trips and his previous ideas regarding the pyramids. Two pavilions contain exhibits relating to Heyerdahl along with models of his boats; a replica of the Ra II in its original size, amongst others. In spite of the conclusions regarding the age of the pyramids outlined above Heyerdahl continues to maintain a belief "in a possible relationship between the existence of the pyramids and the pre Hispanic civilisation on Tenerife". The objects found in the Guanche cave are shown in the "museum" in heavily enlarged photos, whilst the imported ceramics from the 19th century are mentioned only briefly on an information board – without illustration. The official website states that the museum includes "the results of the excavation campaigns undertaken at the Park". But the results dating the pyramids into 19th century are not mentioned.

The Auditorio de Tenerife (Auditorium of Tenerife in English) was 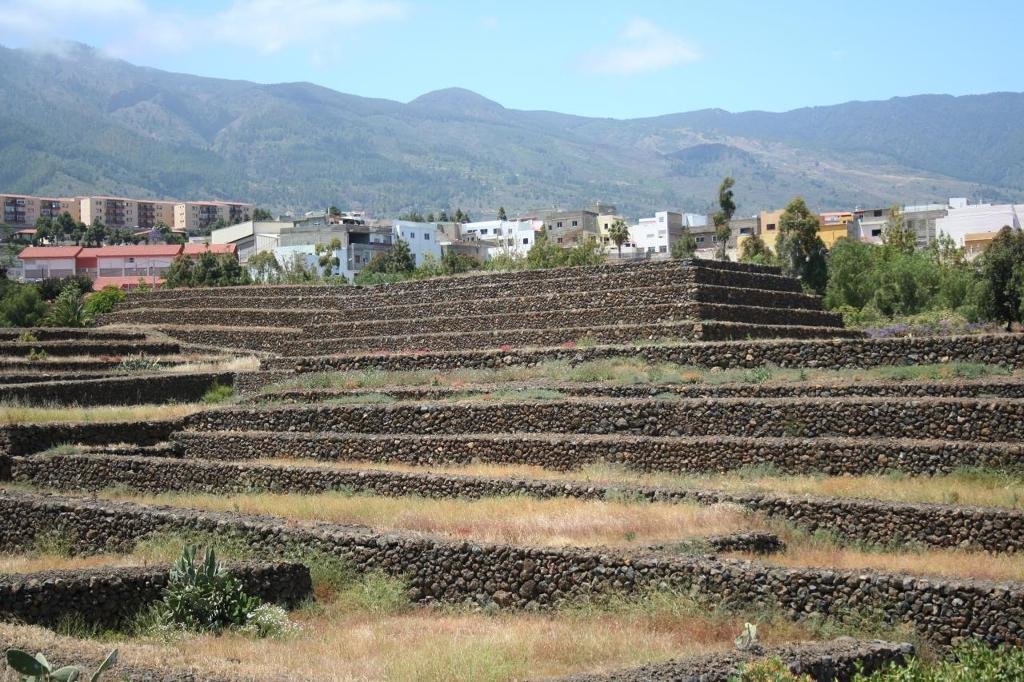 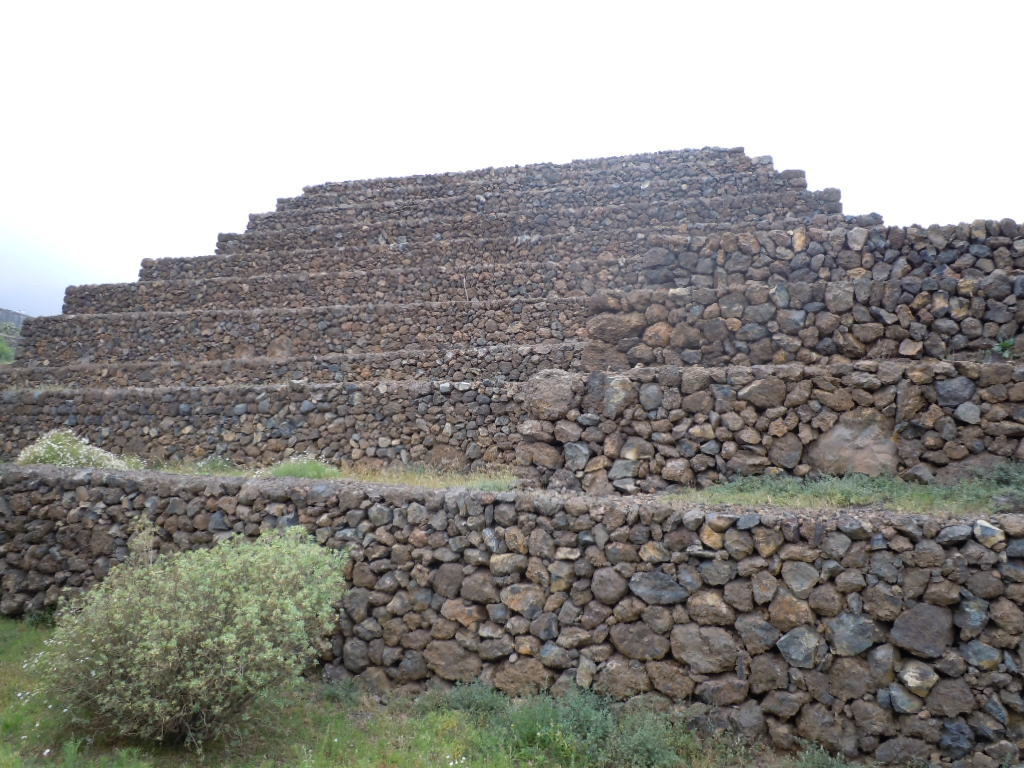 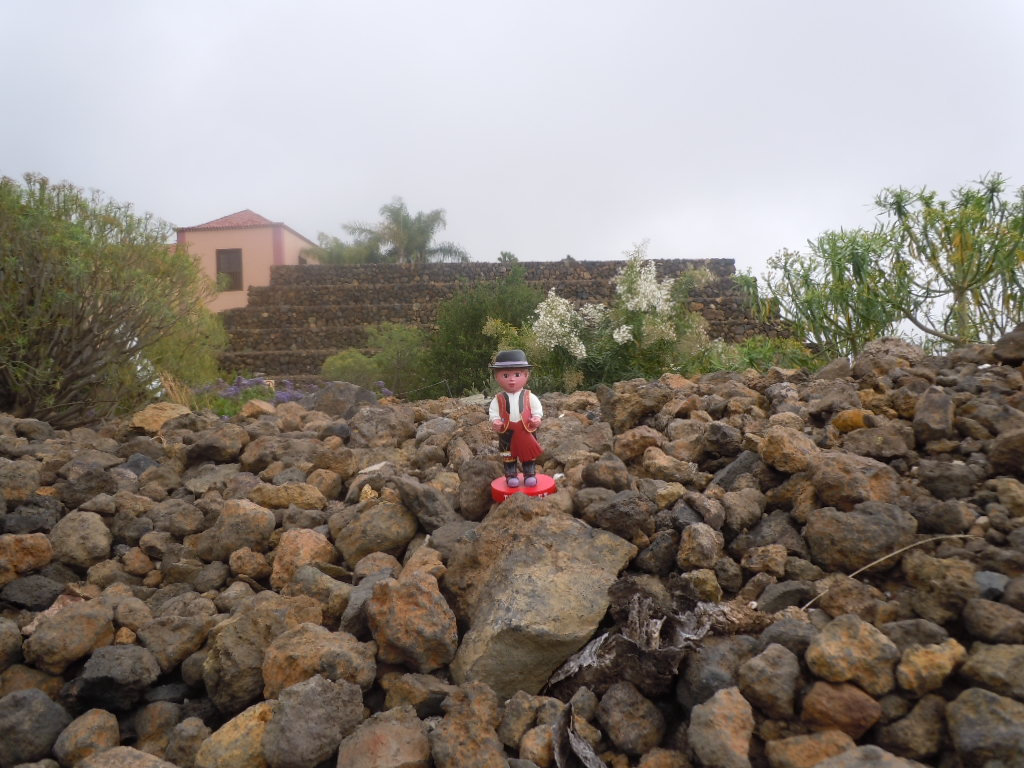 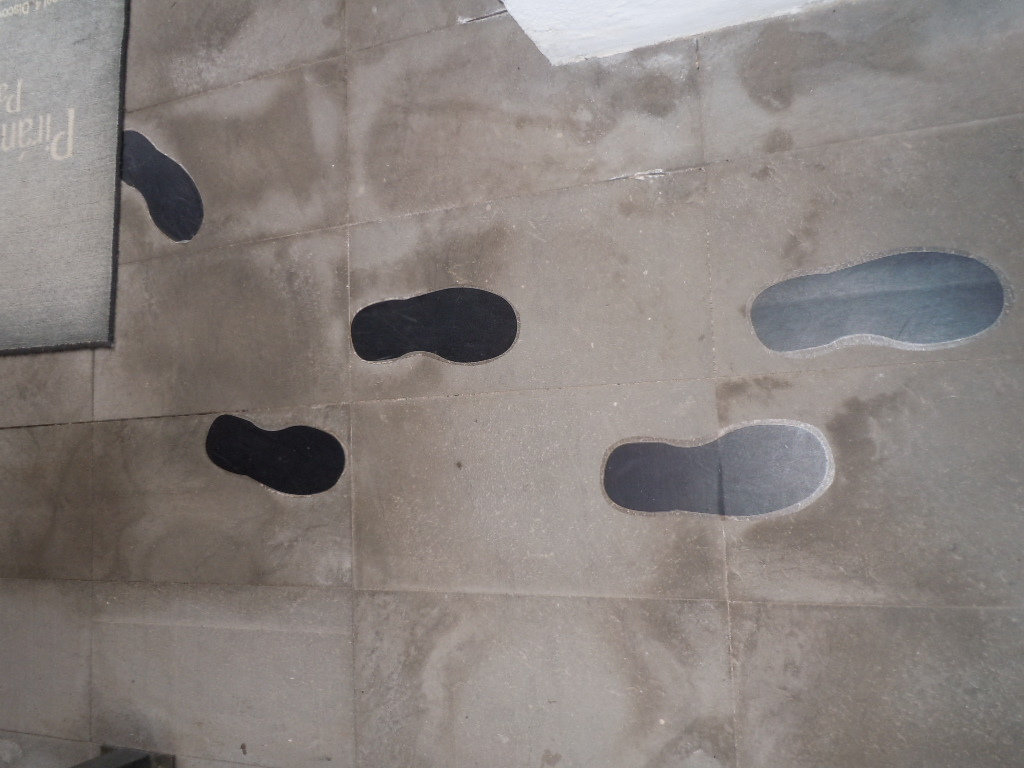 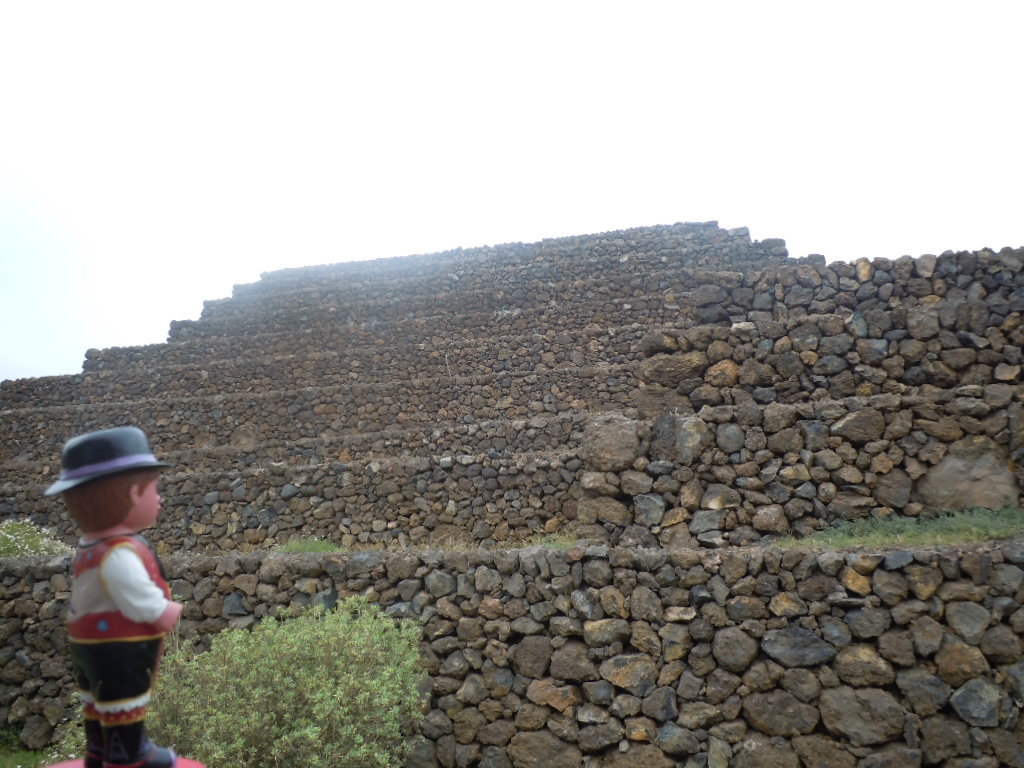 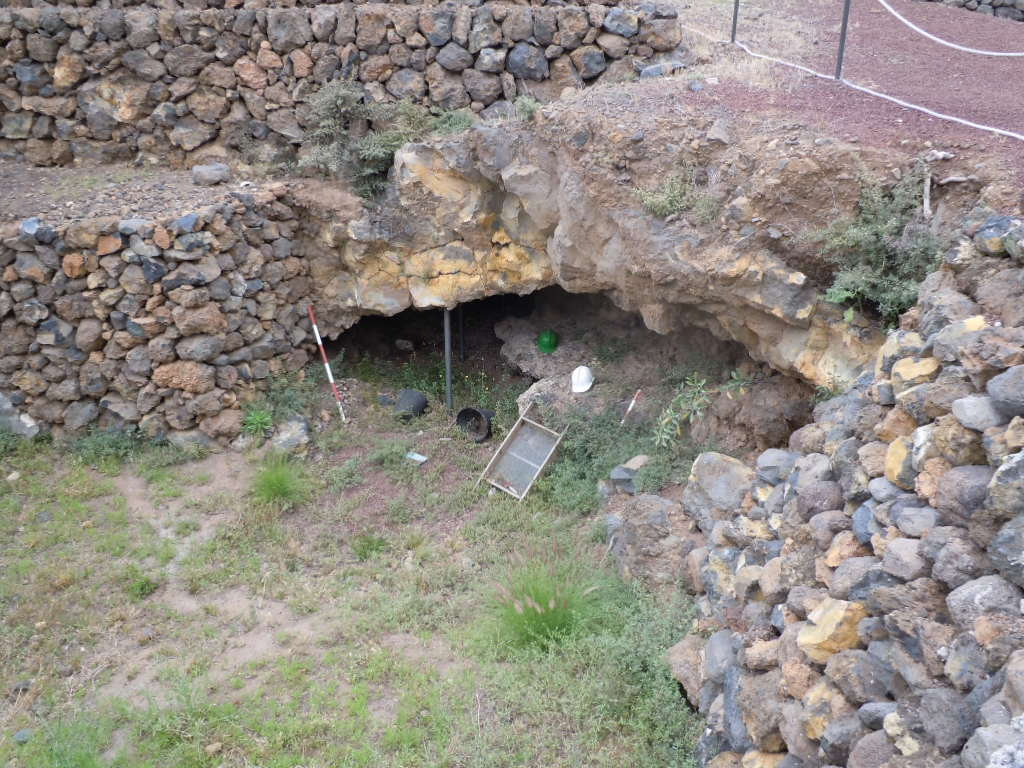 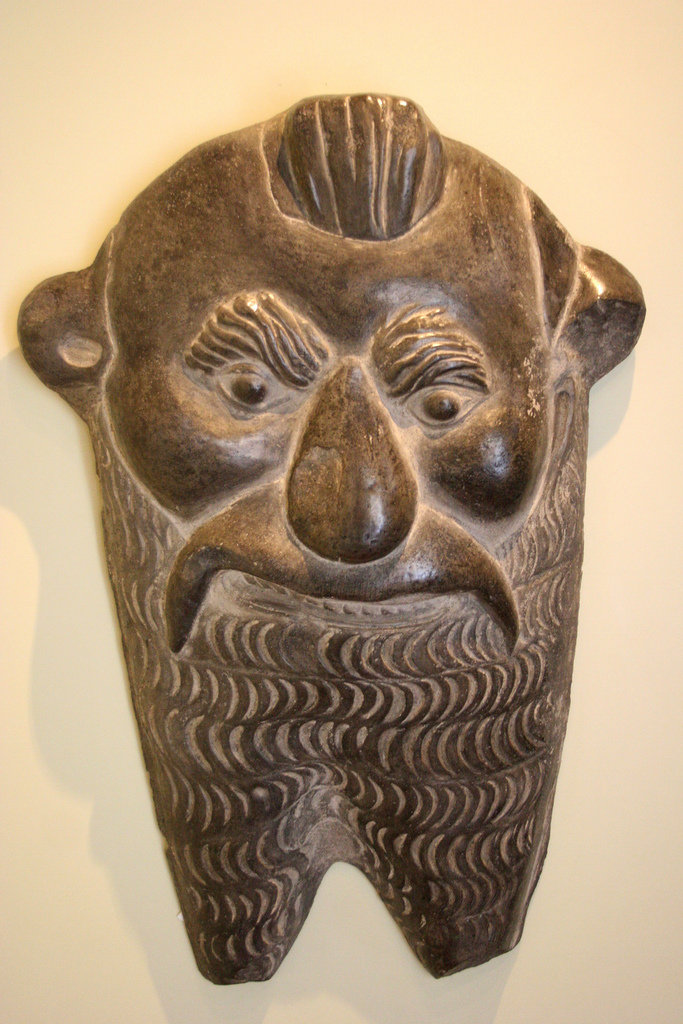 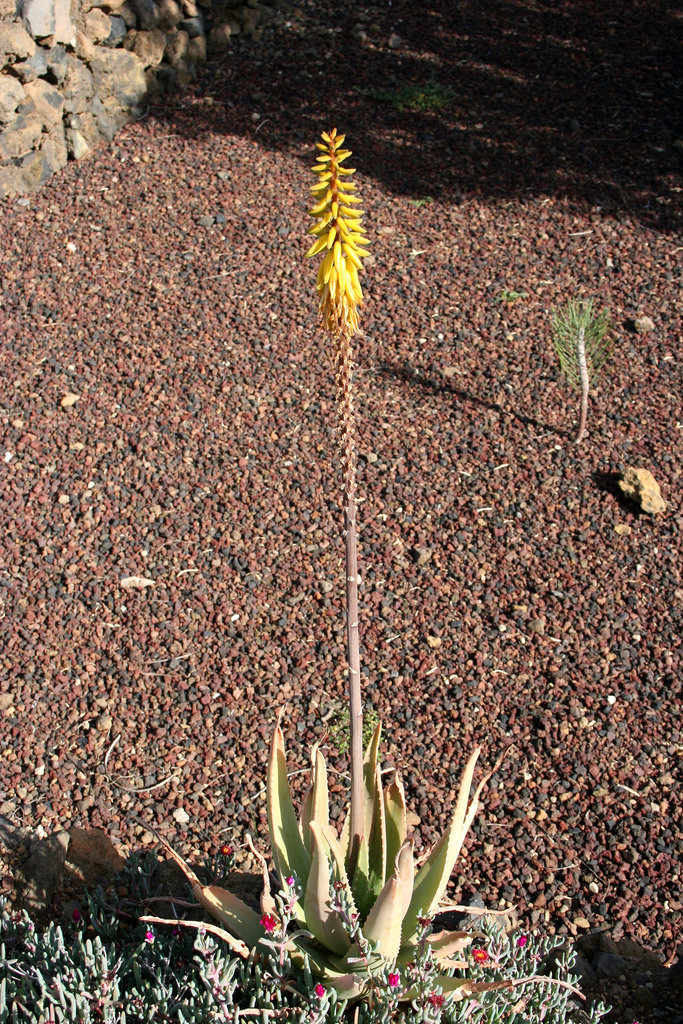 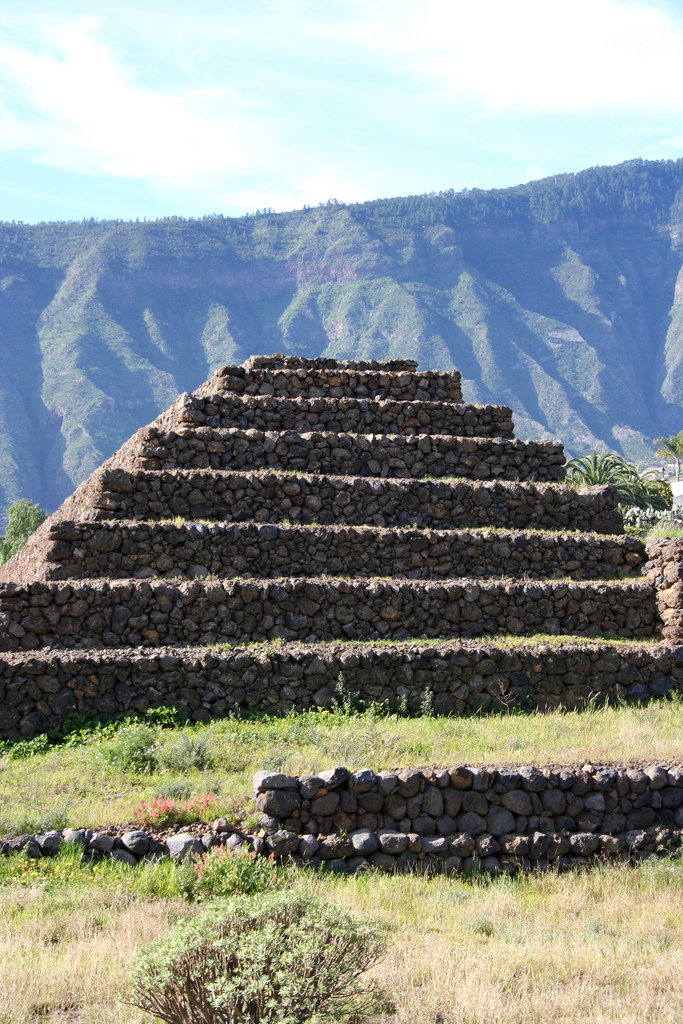 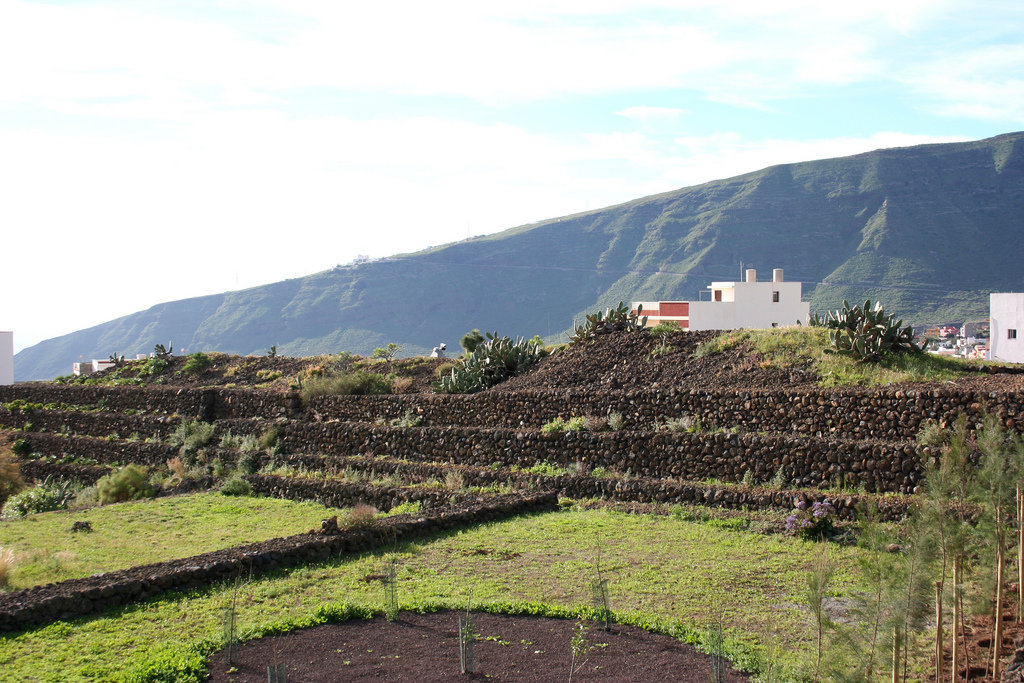 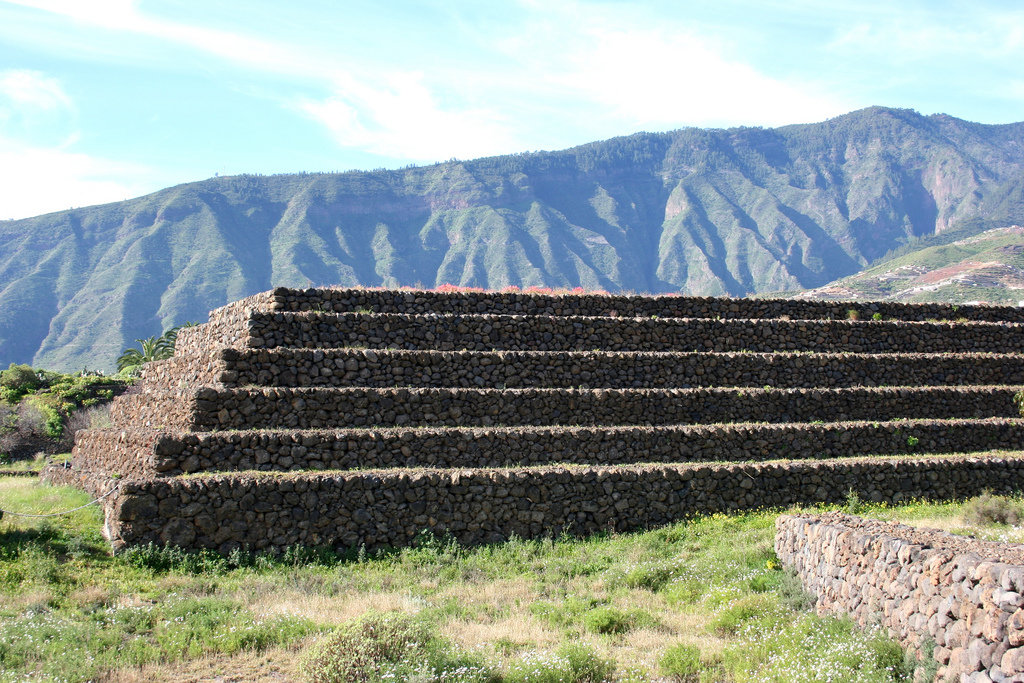 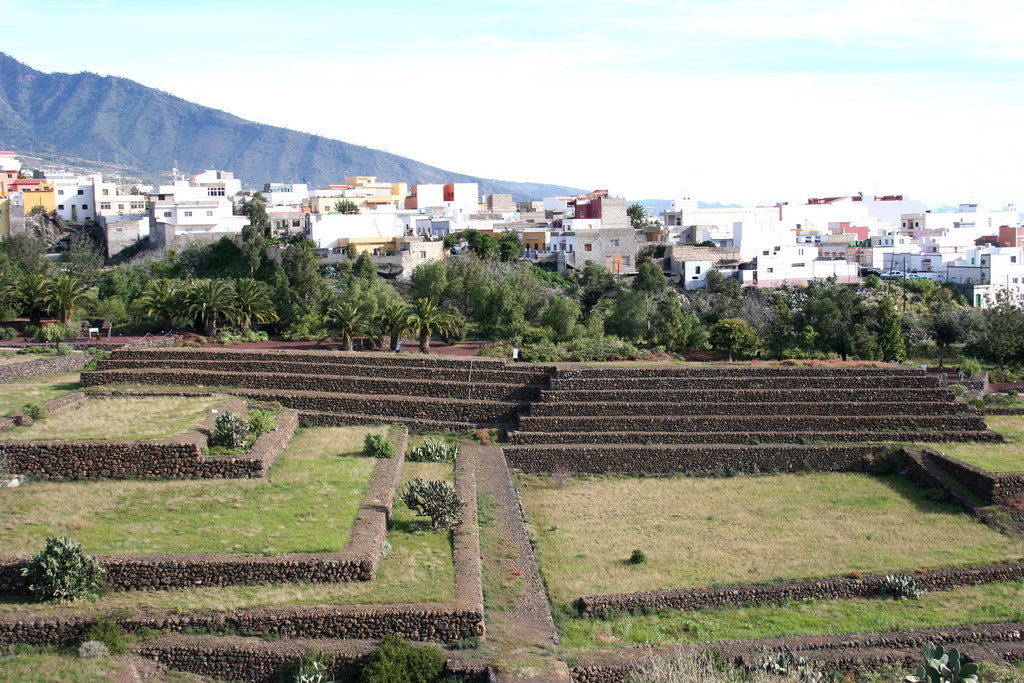 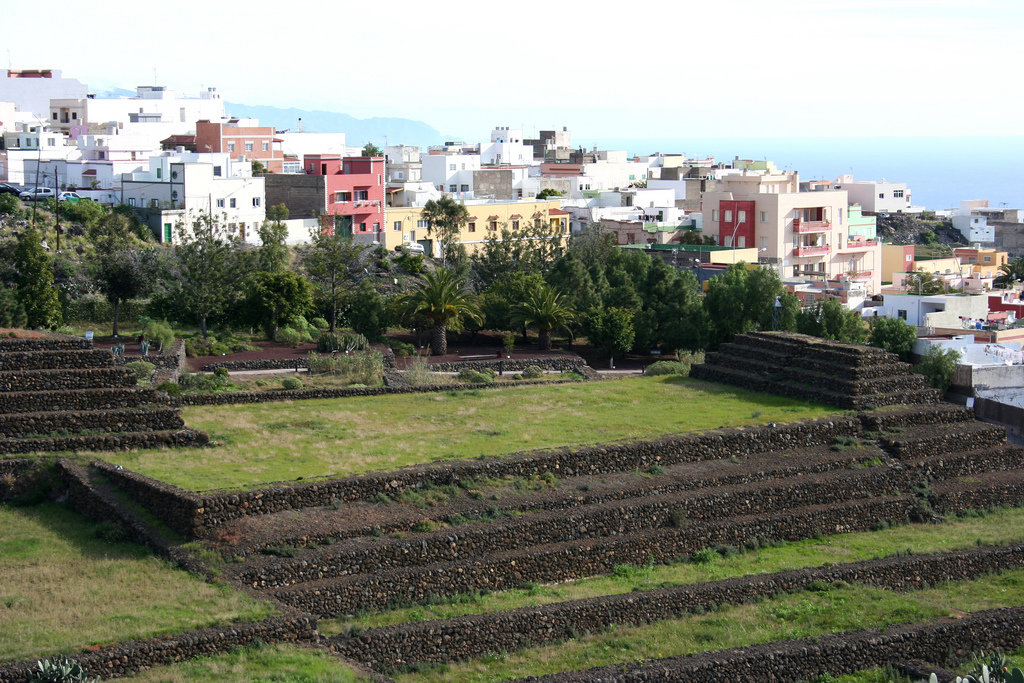 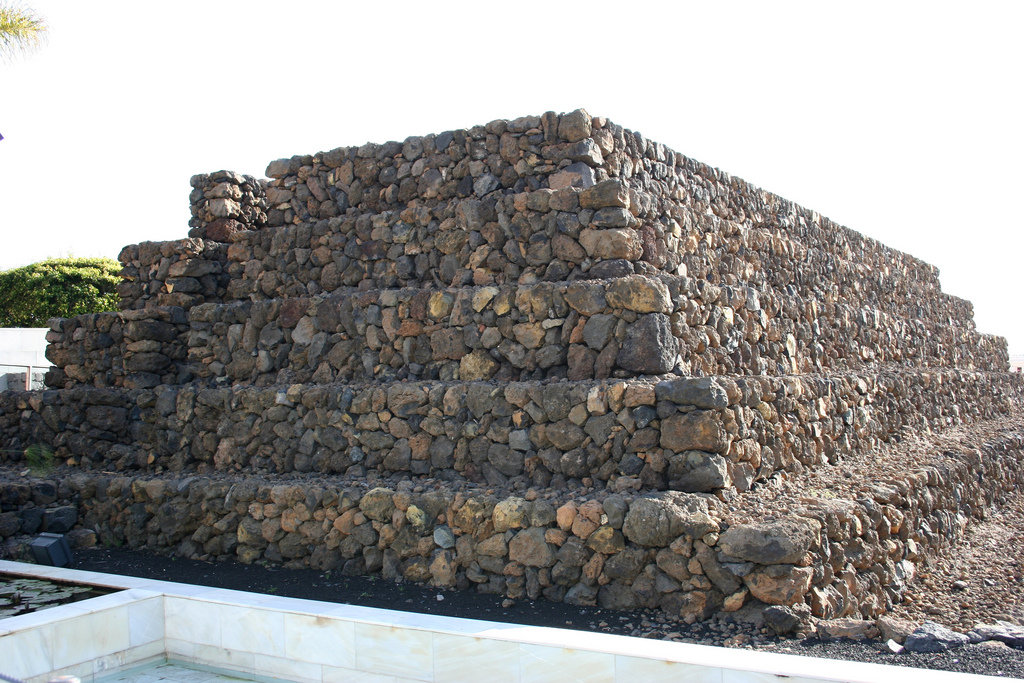 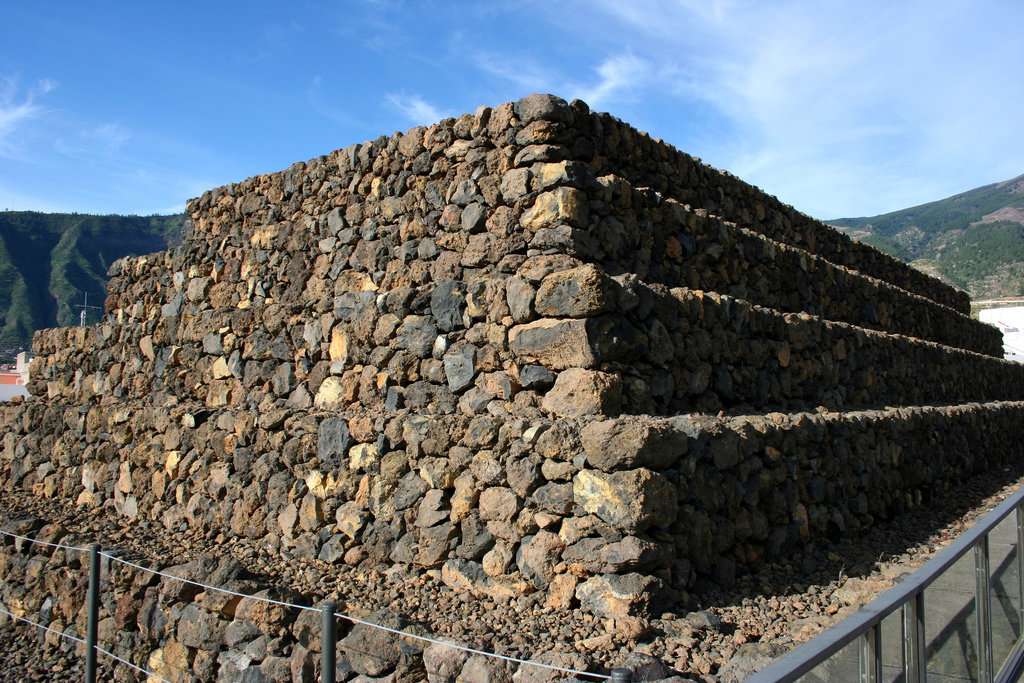 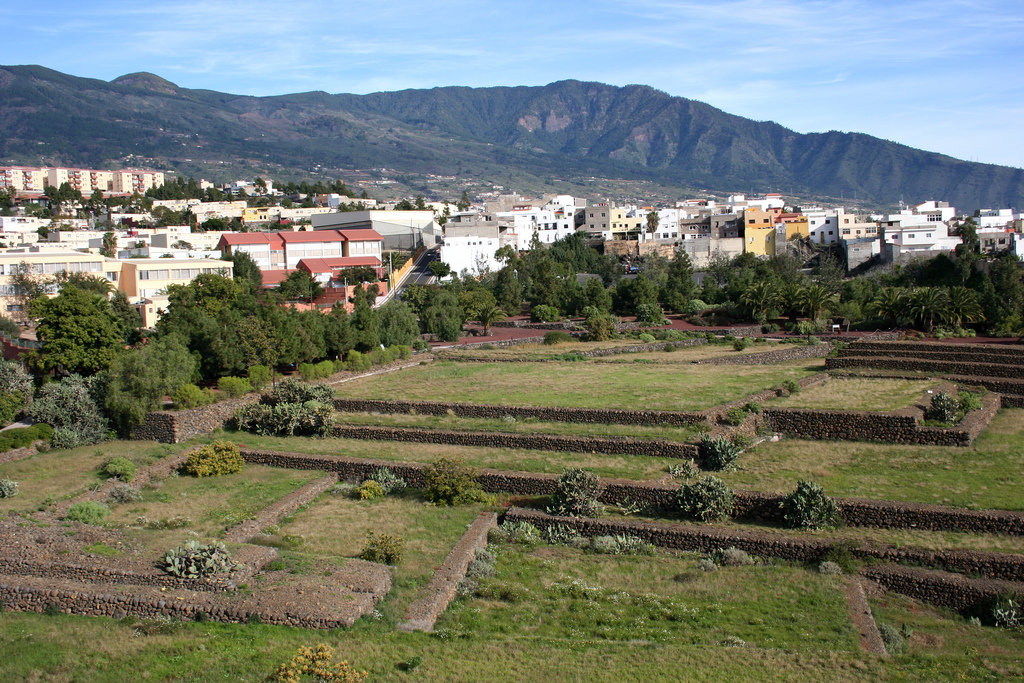