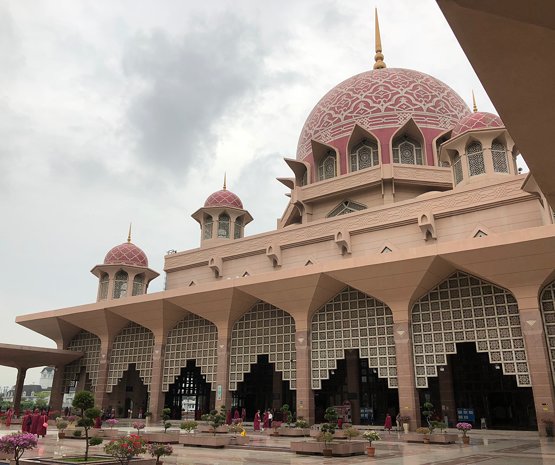 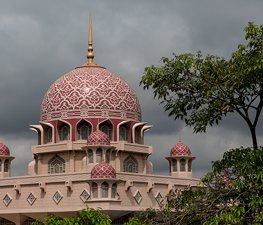 The Putra Mosque, or Masjid Putra in Malay language, is the principal mosque of Putrajaya, Malaysia. Construction of the mosque began in 1997 and was completed two years later. It is located next to Perdana Putra which houses the Malaysian Prime Minister's office and man-made Putrajaya Lake. In front of the mosque is a large square with flagpoles flying Malaysian states' flags.

Reezwan Ghanty
Beautiful architecture and totally peaceful atmosphere. Must see landmark if you are visiting Malaysia. Putrajaya in itself is beautiful and the pink dome mosque makes it even better.

Aye
Gr8 to see it in the evening @ sundown. Not so hot. Lots families. Lots of wedding/couples photo shoots. Great for people watching & photography. Food court below w a view of the putra bridge.

Aye
Wow:-) A sight to behold. Inside and out. Can enter w proper attire. Young man. Staff. Will assist with photos so you can get the dome as background. Lots to see here. Go early or late afternoon.

Hayo Bart
Masjid Putra has a great design and is a must visit when in Putrajaya. It's open for non-muslims though dress decent or take an abaya from the mosque. Great and compassionate volunteers too!

Fairuz Zainal Aarif
Amazing architecture and love the color combinations of this mosque. Please wear appropriately to enter the mosque.

See all hotels See all
Putrajaya Homestay, Your best choice of relaxation

Istana Melawati is the second national palace of Malaysia's Yang

Sunway Lagoon is an amusement park in Petaling Jaya, Malaysia. It was

Menara Telekom (or Menara TM) is the headquarters of Telekom Malaysia

The Sepang International Circuit (SIC) is a racing circuit in Sepang,

The Shah Mosque (مسجد شاه , Masjed-e Shah) is a mosque in Isfaha 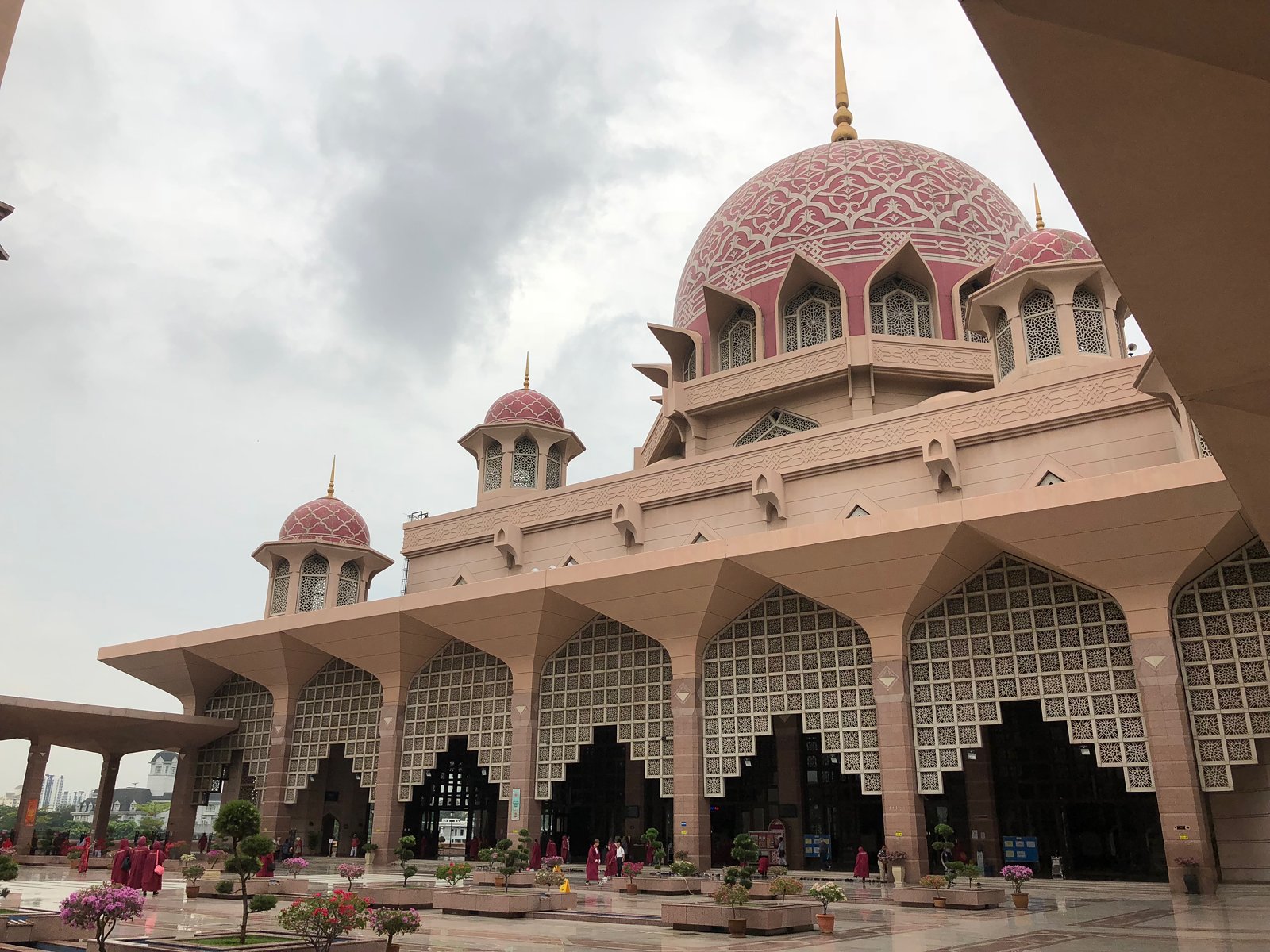 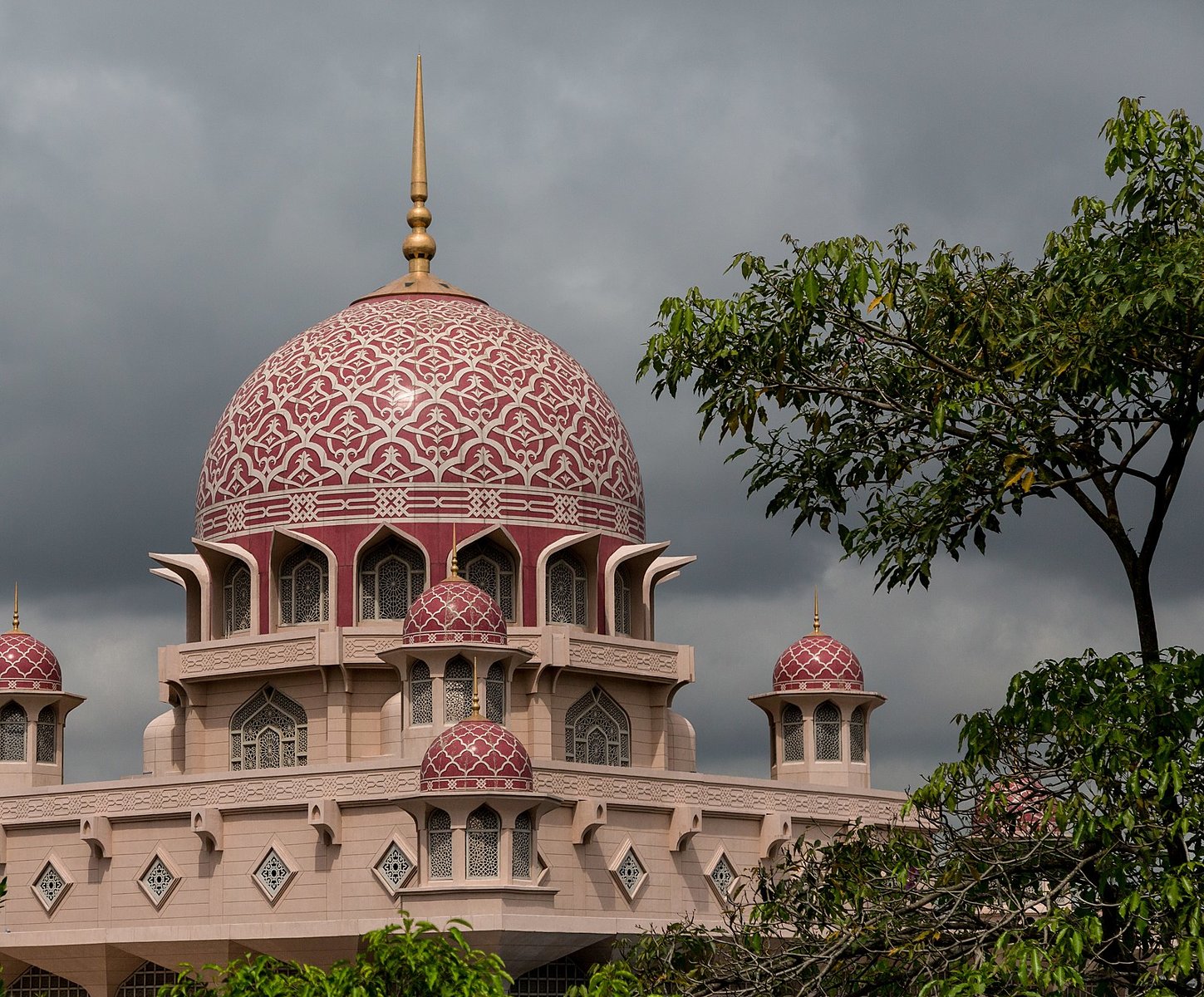 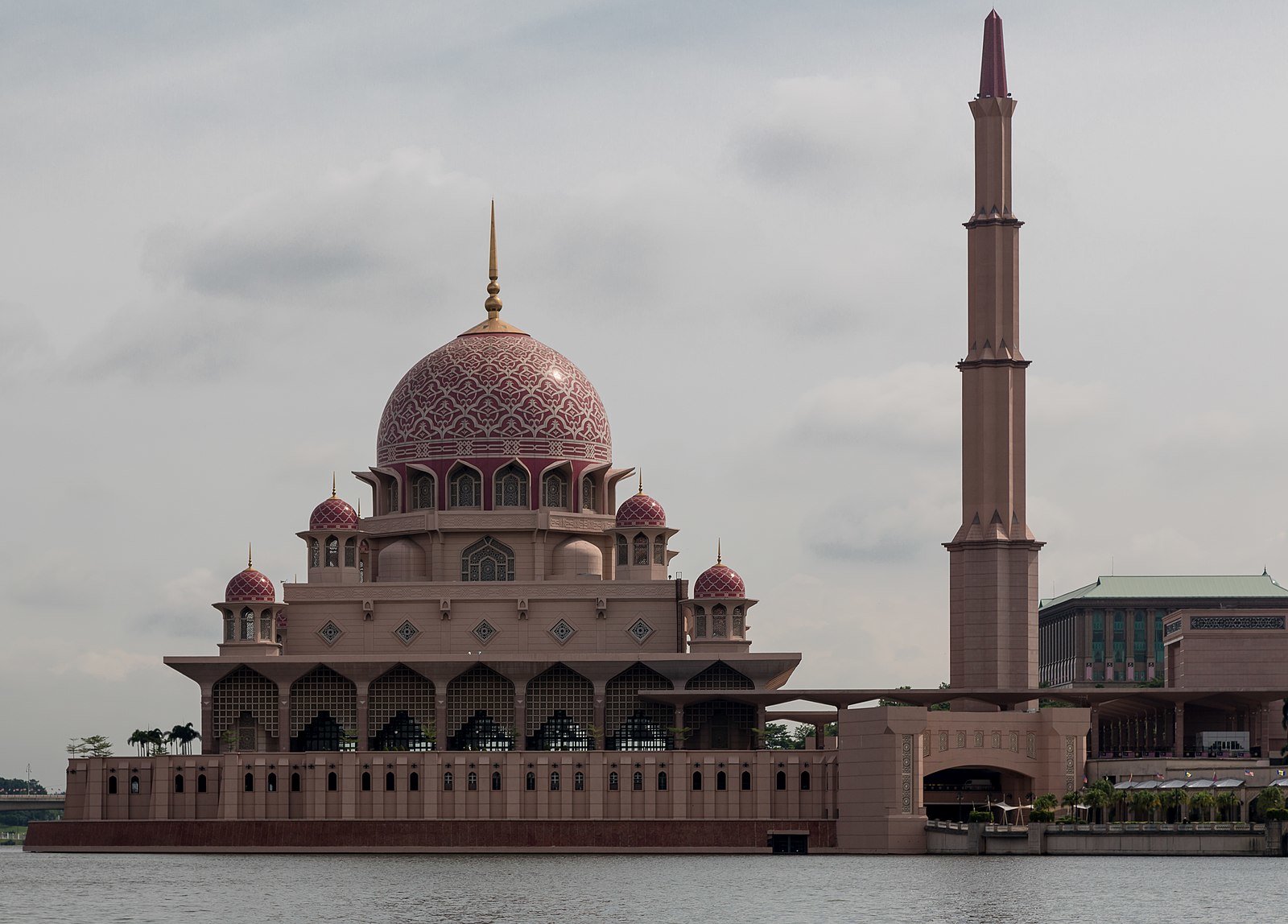 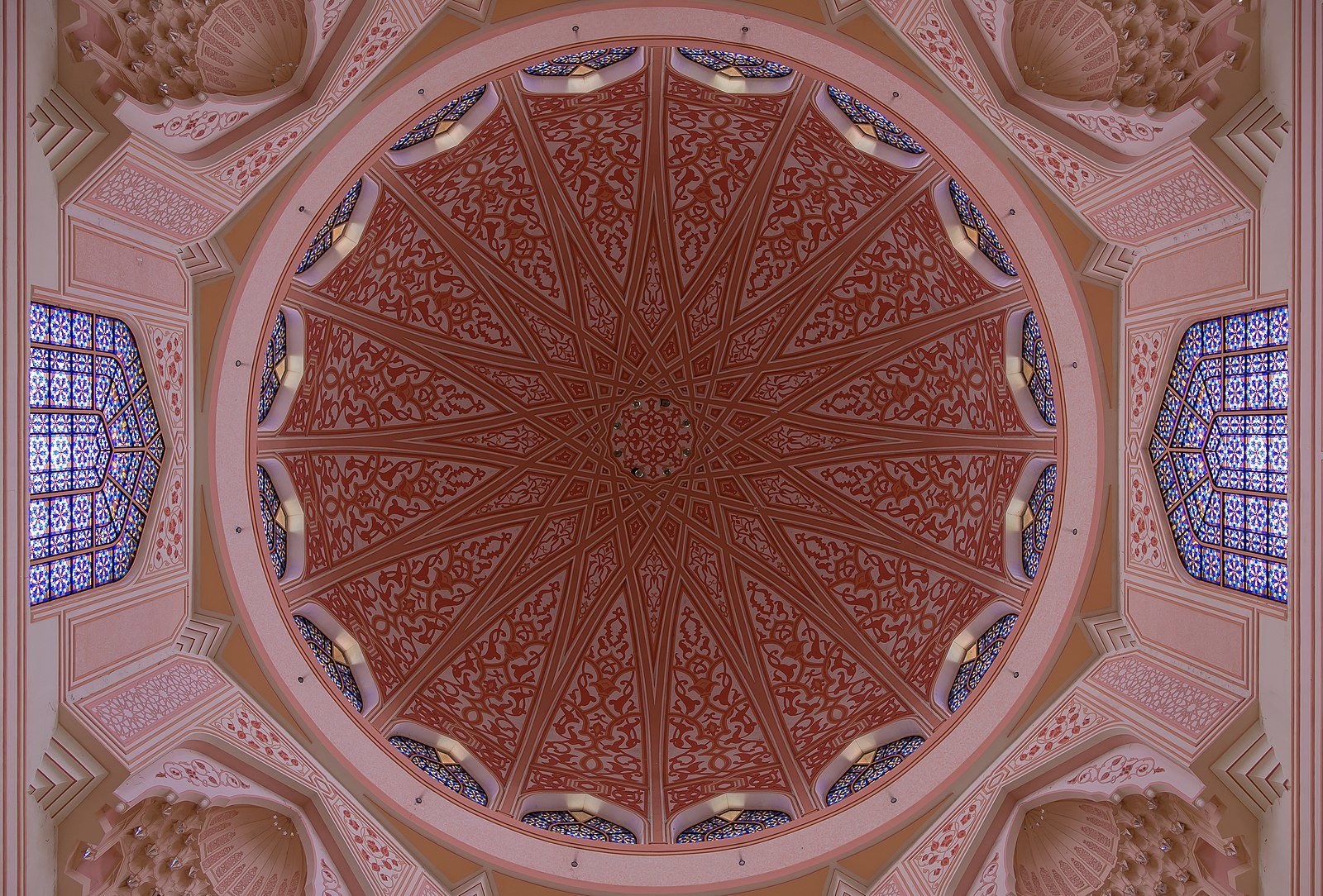 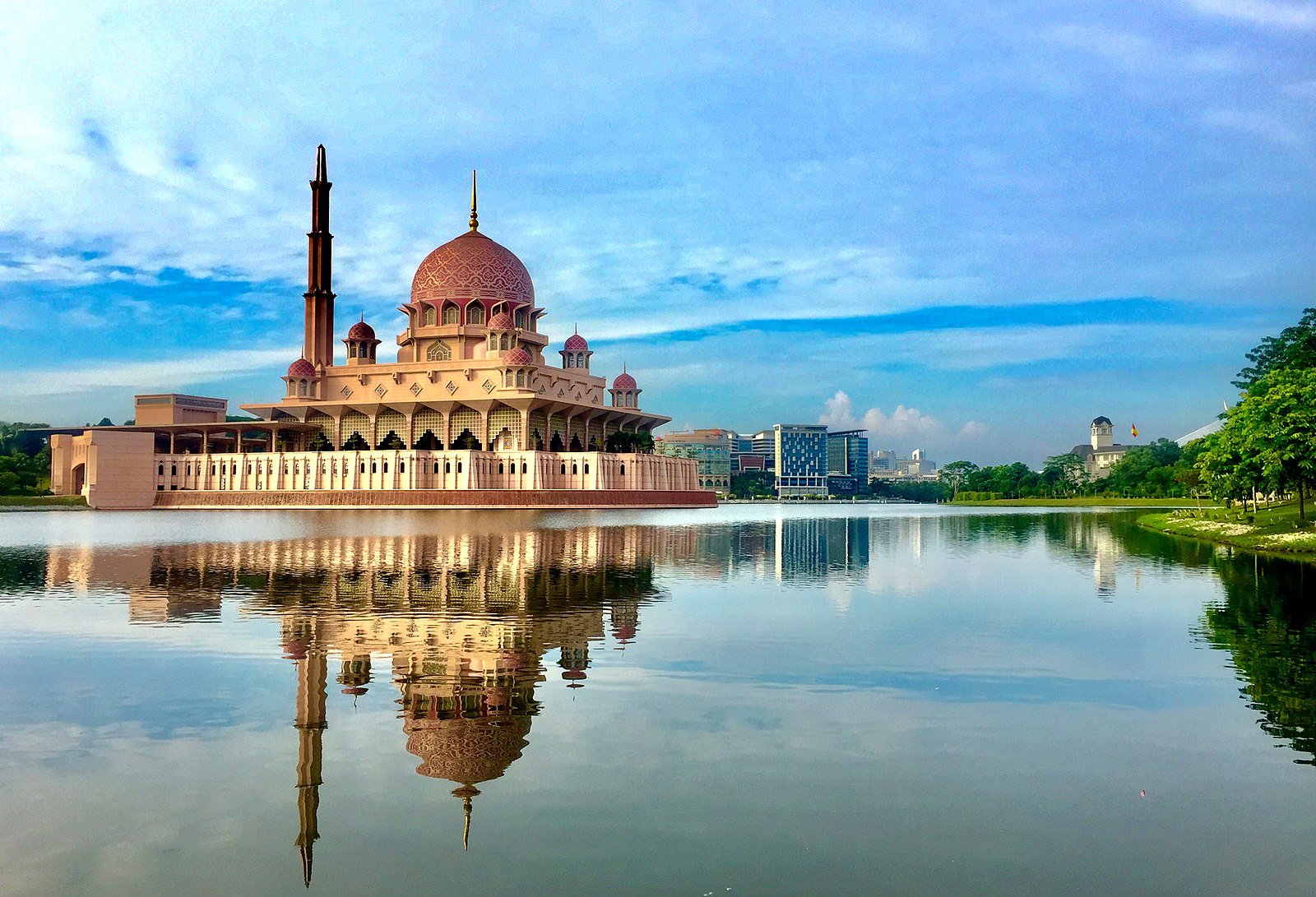