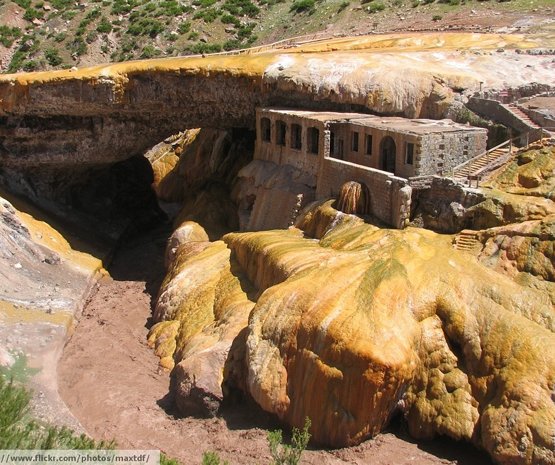 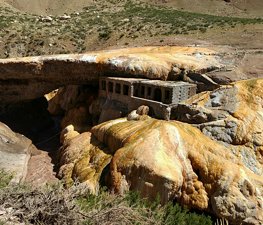 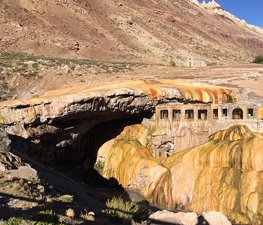 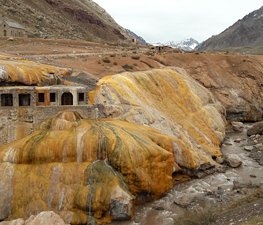 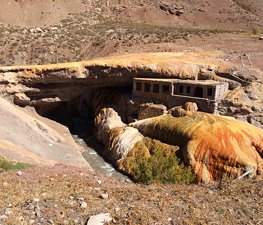 Puente del Inca, Spanish for "the Inca's Bridge", is a natural arch that forms a bridge over the Vacas River, a tributary of the Mendoza River. It is located in Mendoza Province, Argentina near Las Cuevas.

Puente del Inca is also the name of the nearby hot springs. Scientists speculate that interaction of extreme elements like ice and hot springs was involved in the origin of the formation. They suppose that in ancient times ice covered the river and acted as support for avalanches of snow, dust and rocks. So the dust over the ice over the river would have served as a path for the sulfurous water and petrified the surface, so when the snow melted, the bridge remained by itself.

Charles Darwin was one of the visitors to this natural marvel, and made some drawings of the bridge with great stalactites.

In the early twentieth century there was a big thermal resort and Spa that used the hot springs to cure some illnesses (a spa still survives further down the river at Cacheuta). There was a train station that is still standing there, and tourists arrived by train to the resort. This was one of the last Argentine stations of the Transandine Railway before the train continued into Chile, traveling through a long tunnel under the Andes.

The abandoned train station has been turned into a mountaineering museum (the "Museo del Andinista"), founded by a group of mountain climbers from the Argentine province of Rosario to display the cultural history of the Aconcagua area. The museum is open to the public during the summer and is run by the founding group of friends.

At Шаблон:Convert, Cerro Aconcagua is the highest mountain in the A

La Portada (Spanish: 'The Gateway') is a natural arch on the coast of

Pistyll Rhaeadr ('spring of the waterfall') is a waterfall in Wales. 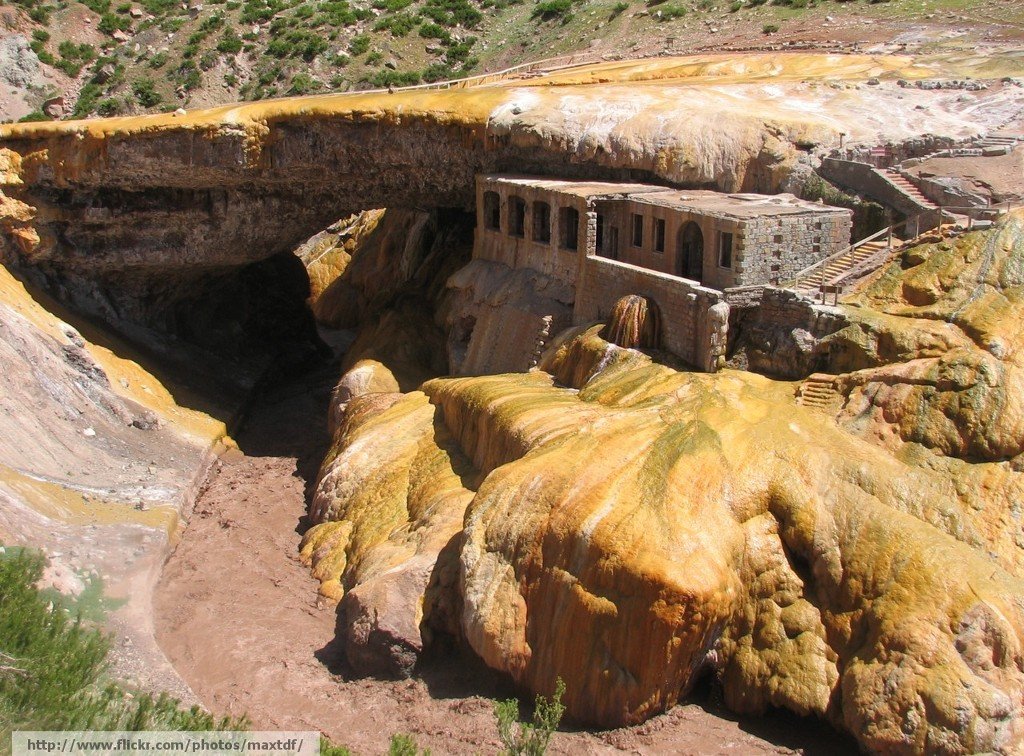 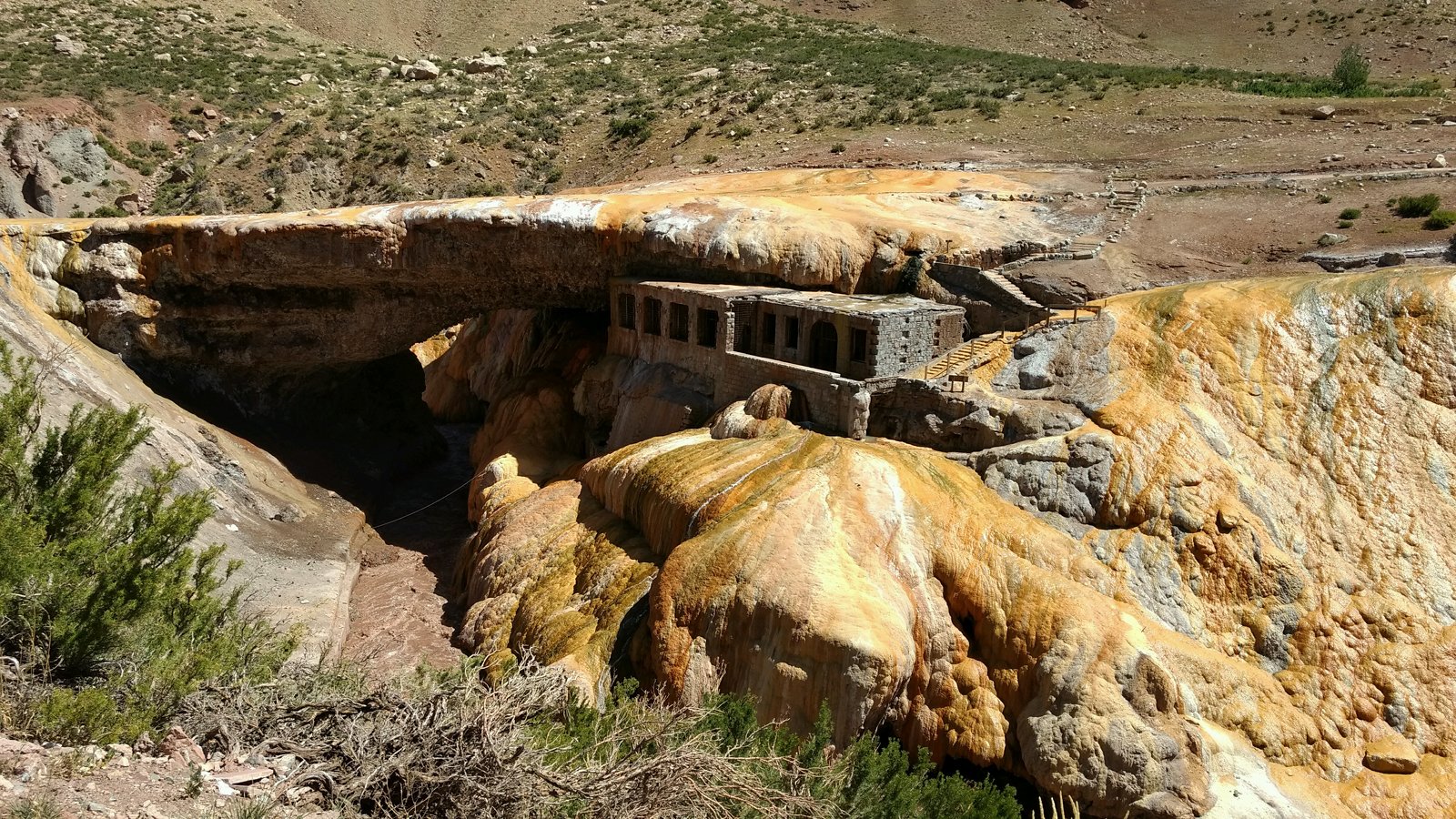 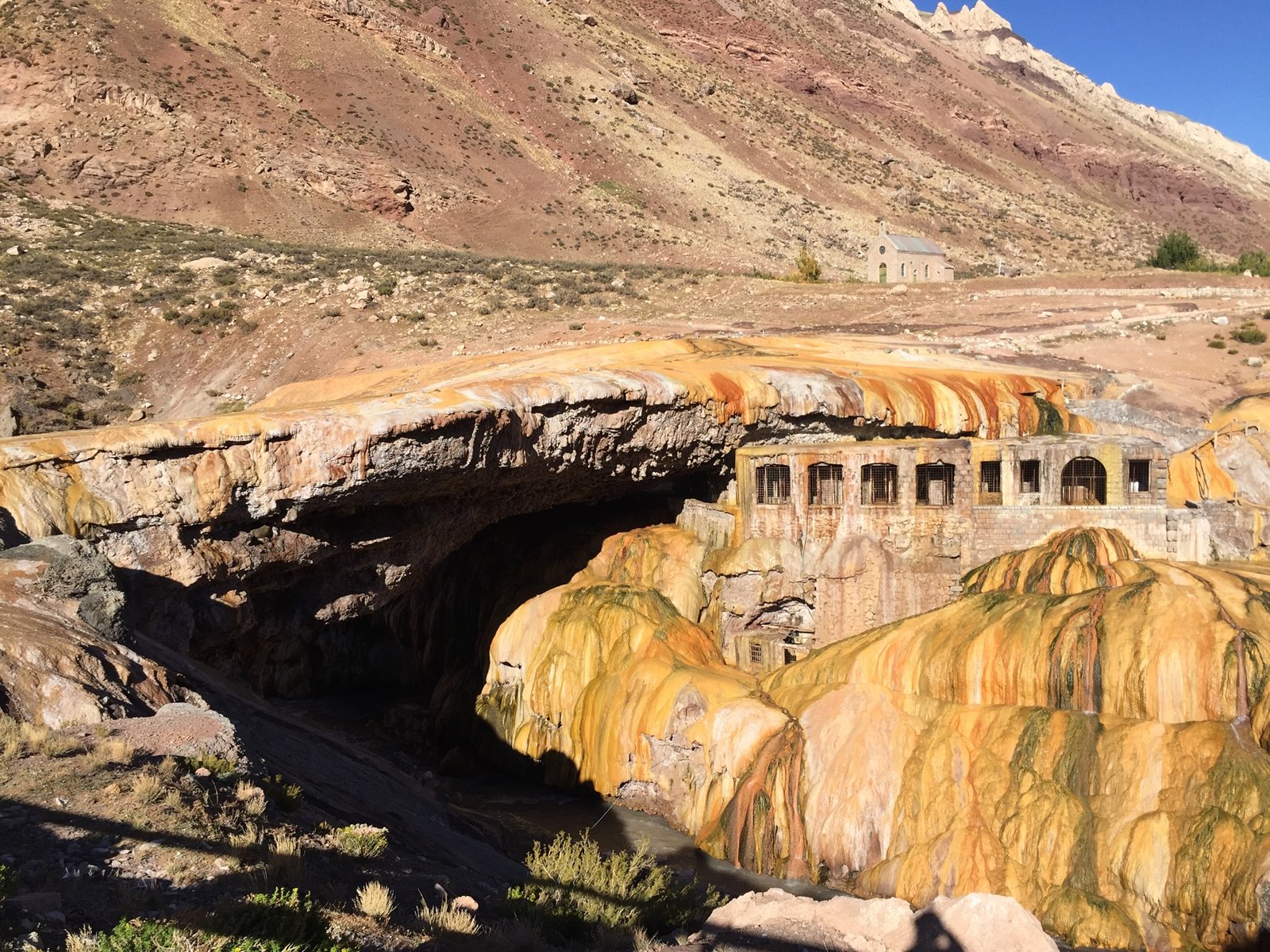 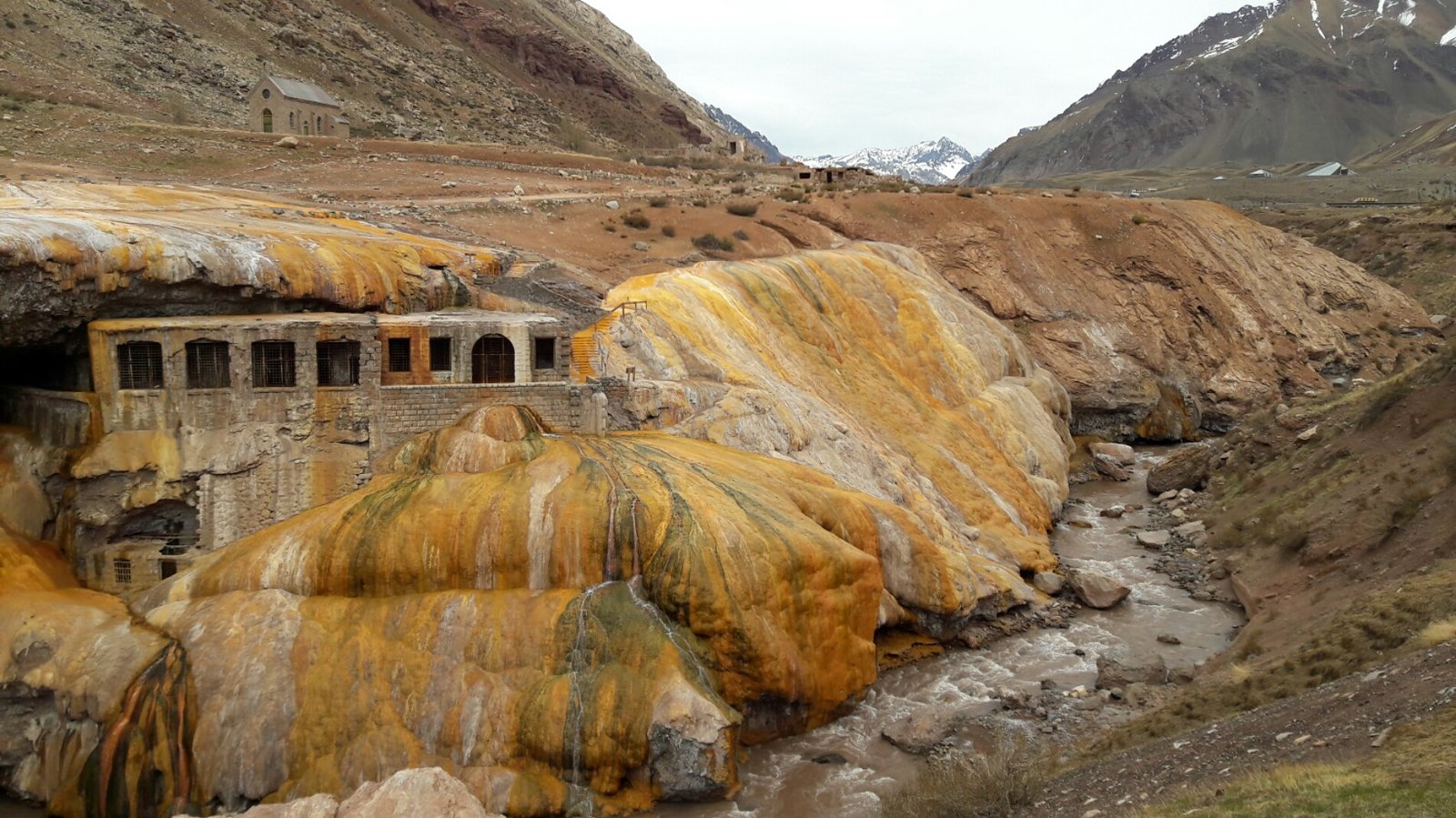 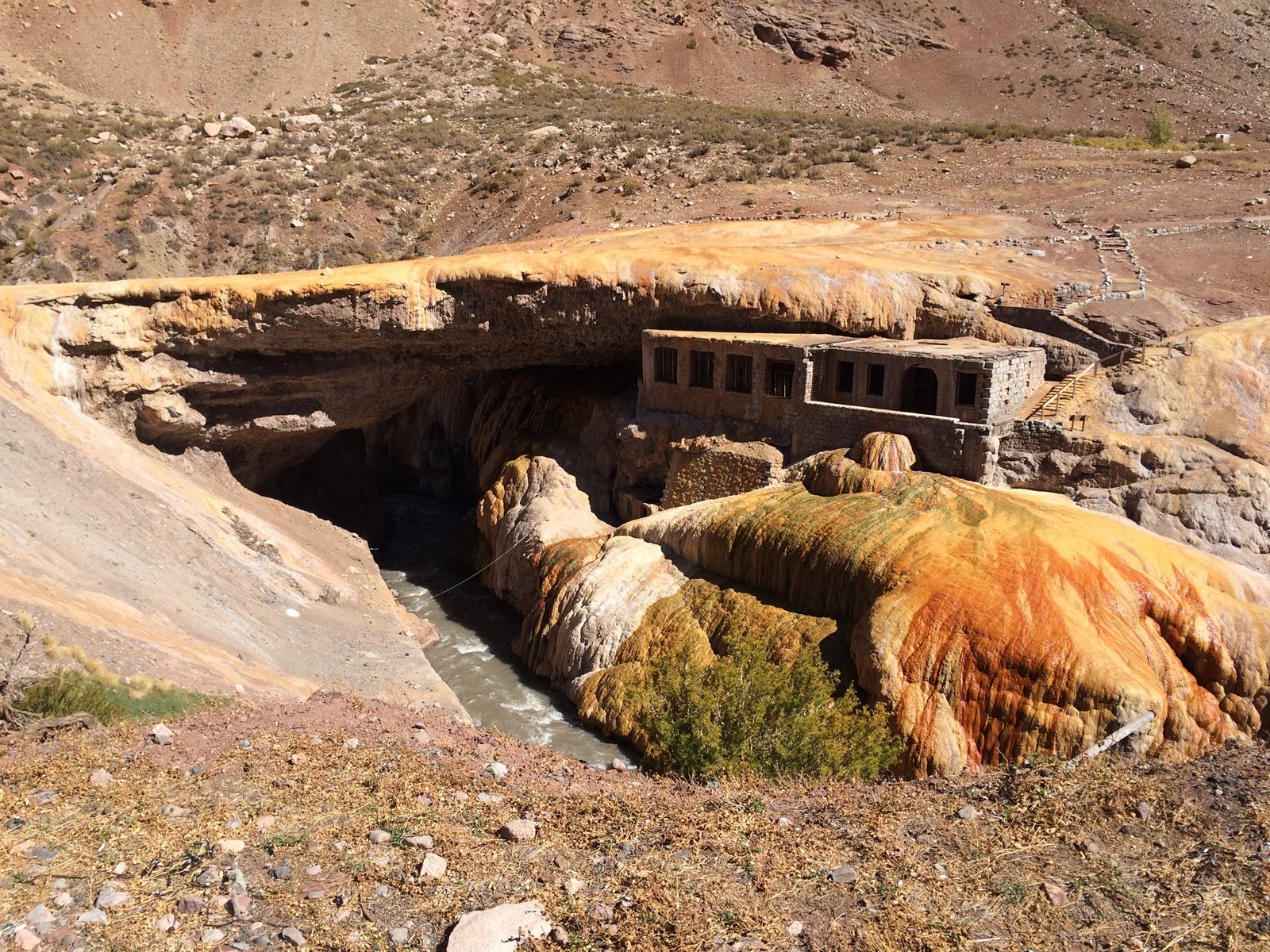 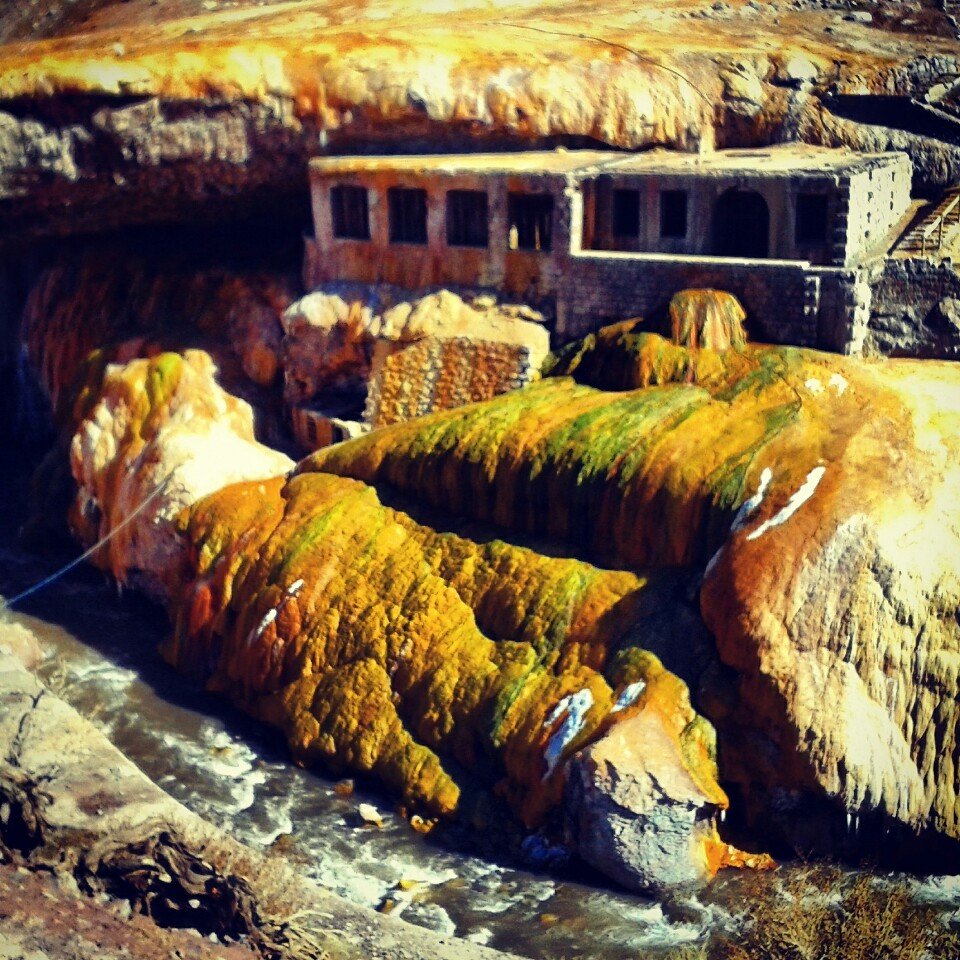 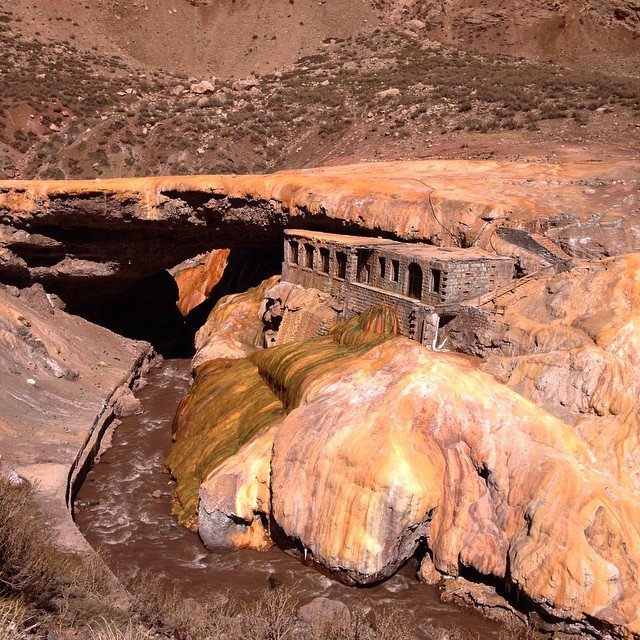 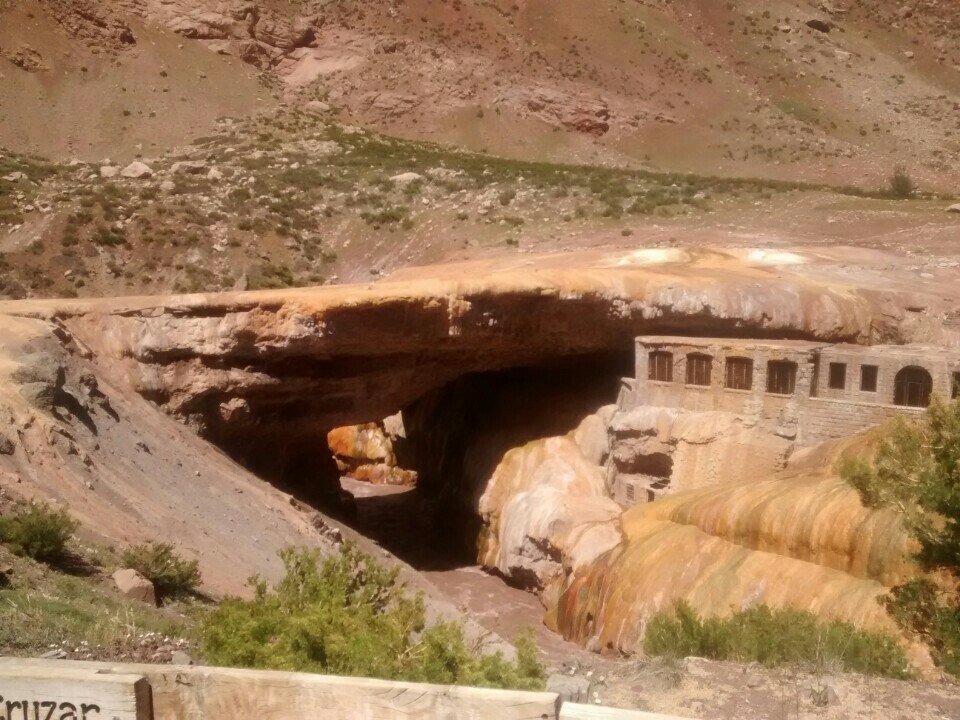 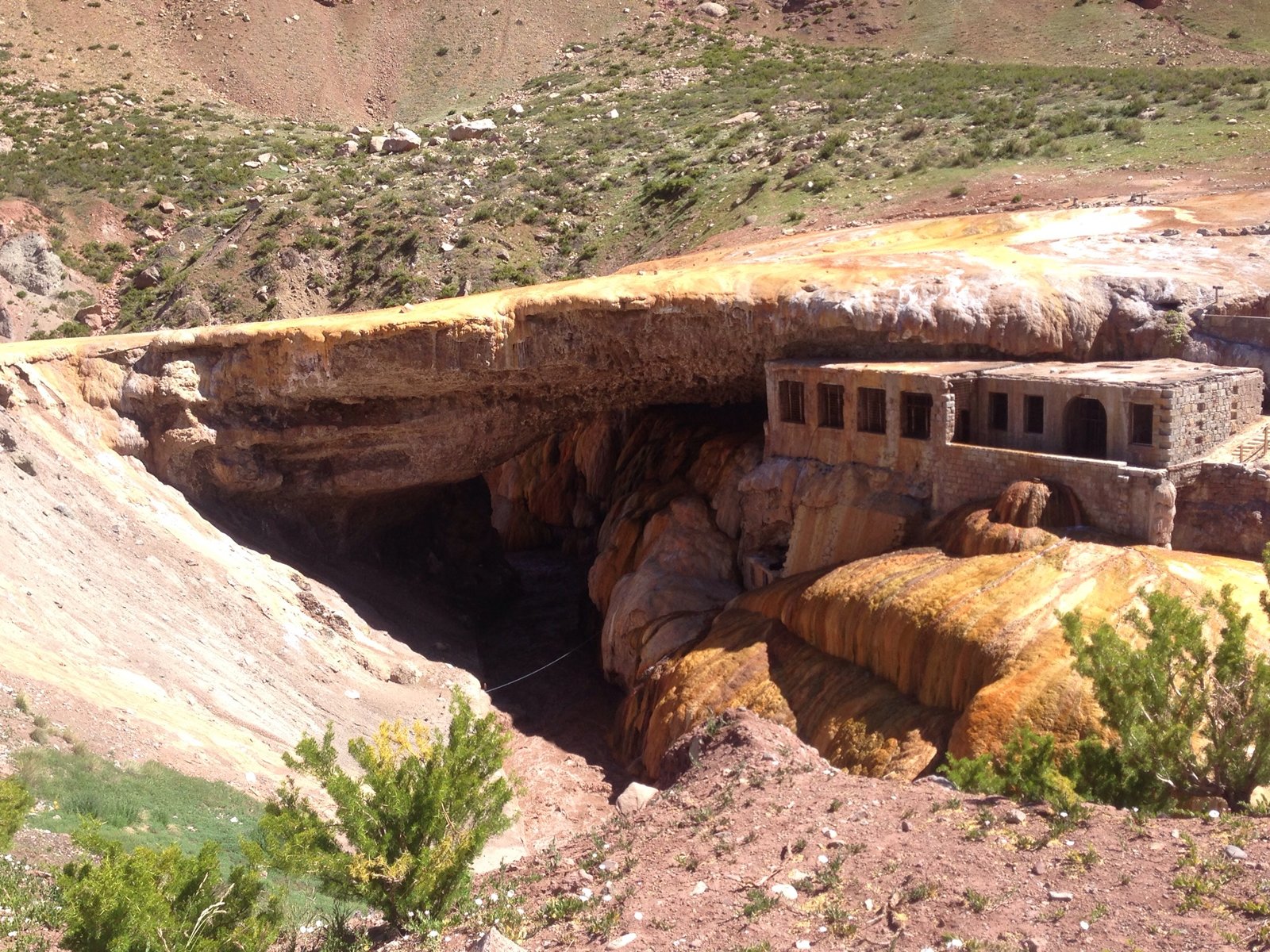 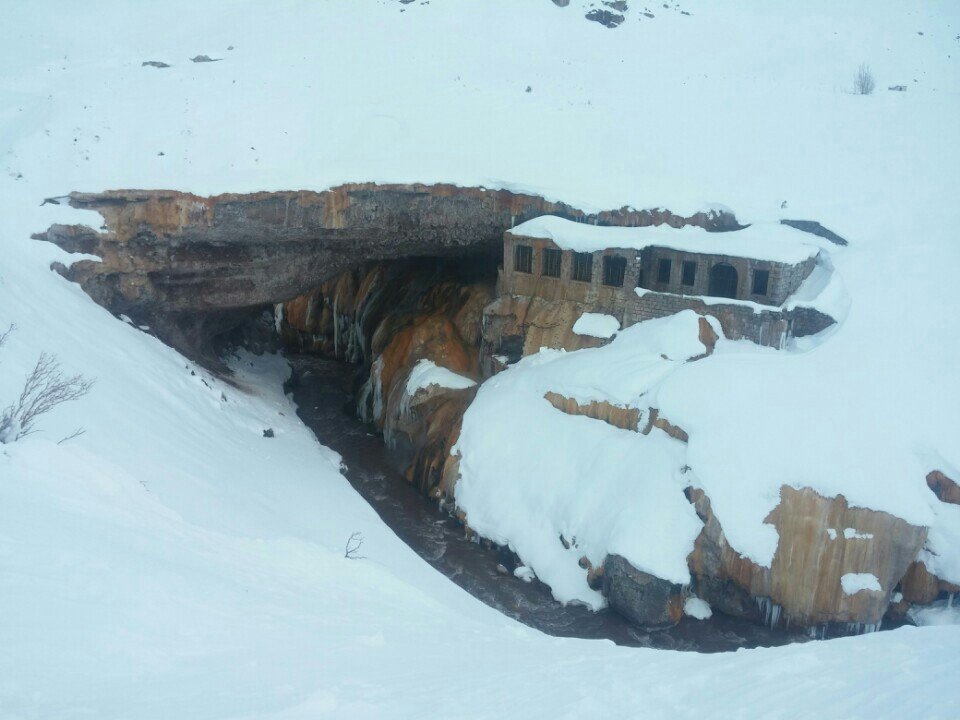 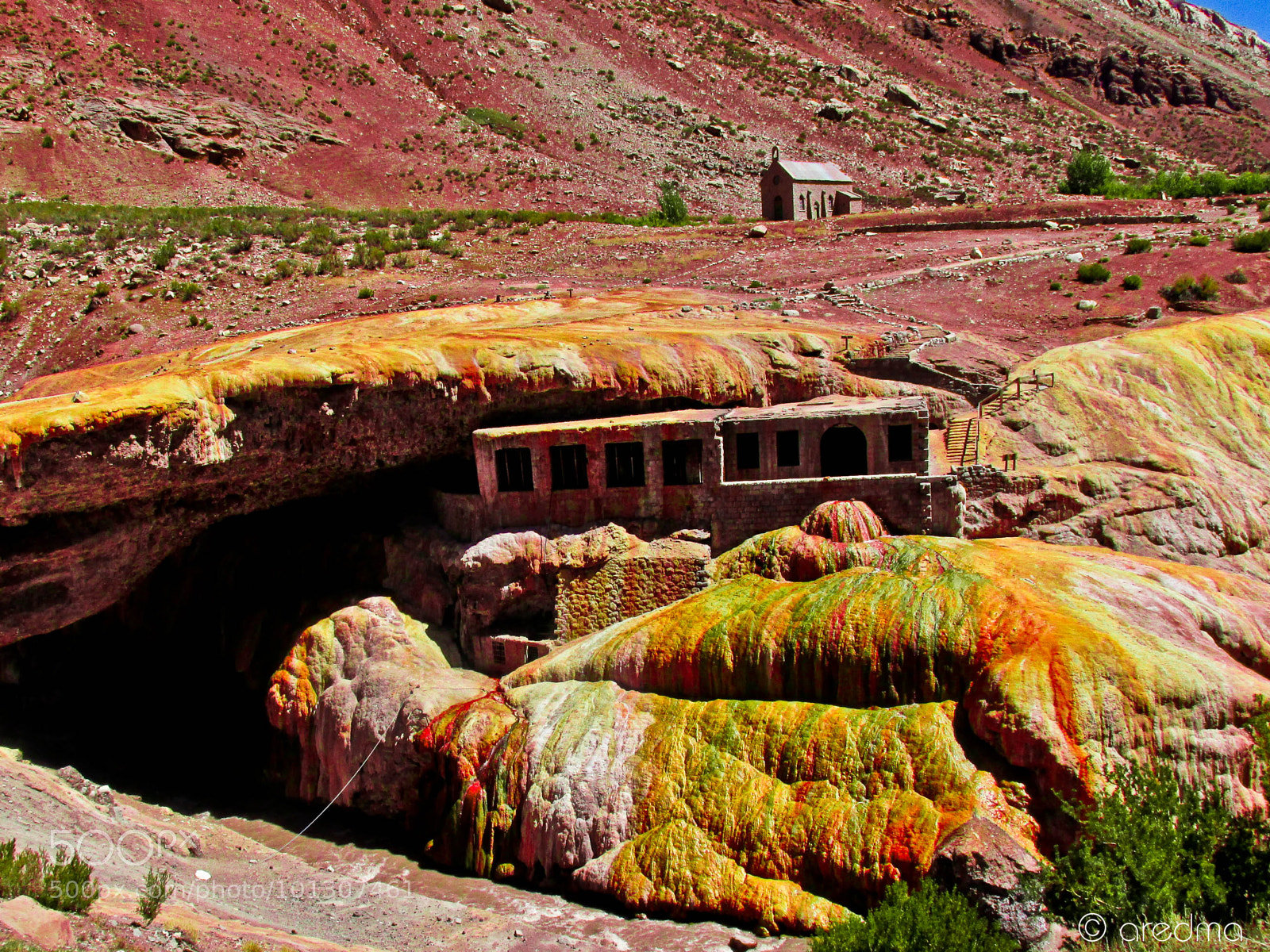 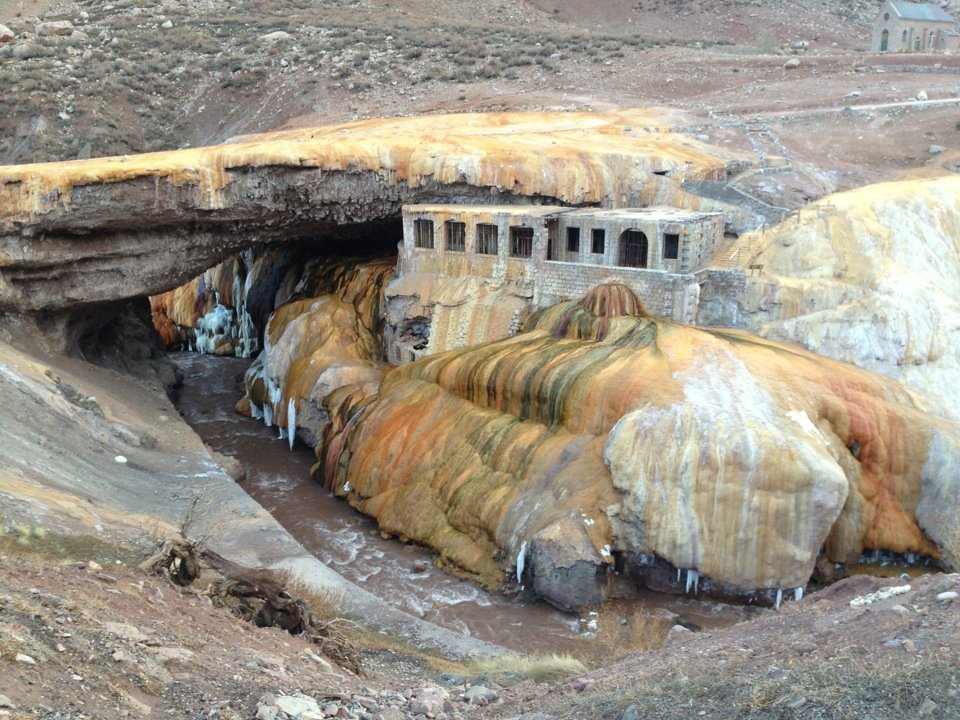 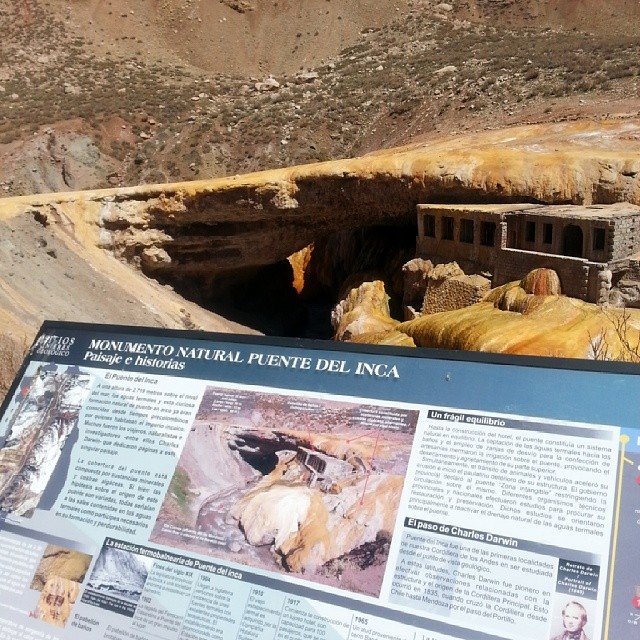 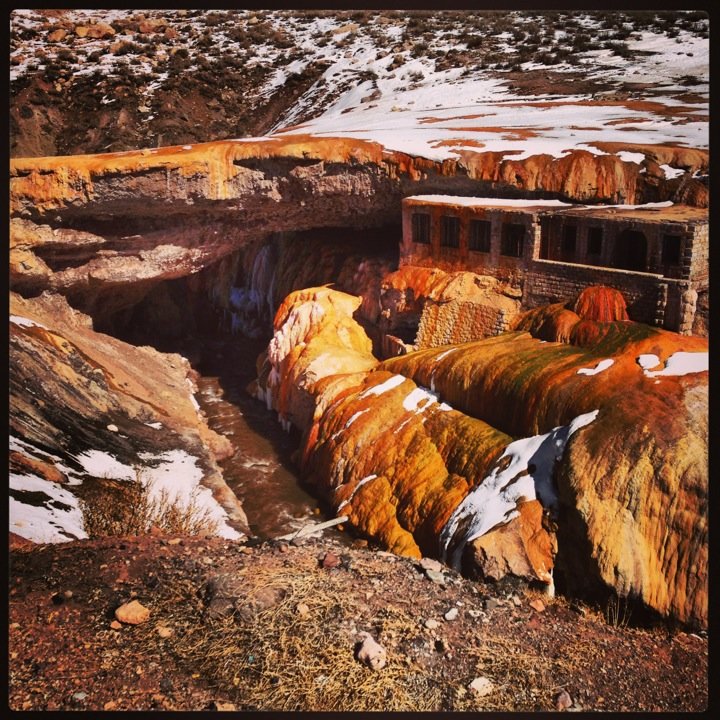 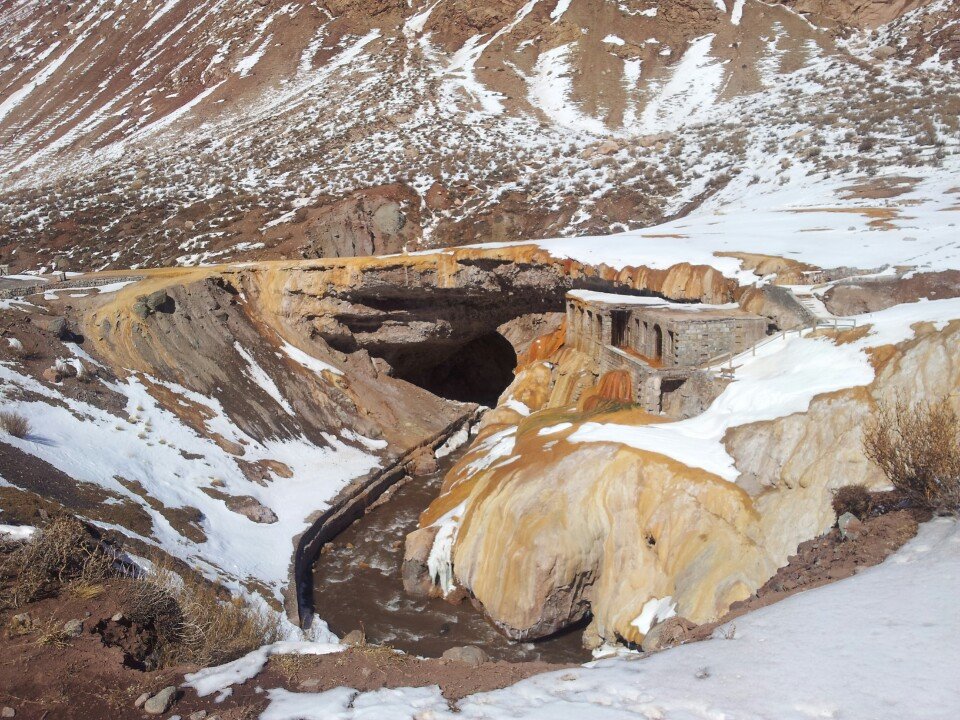 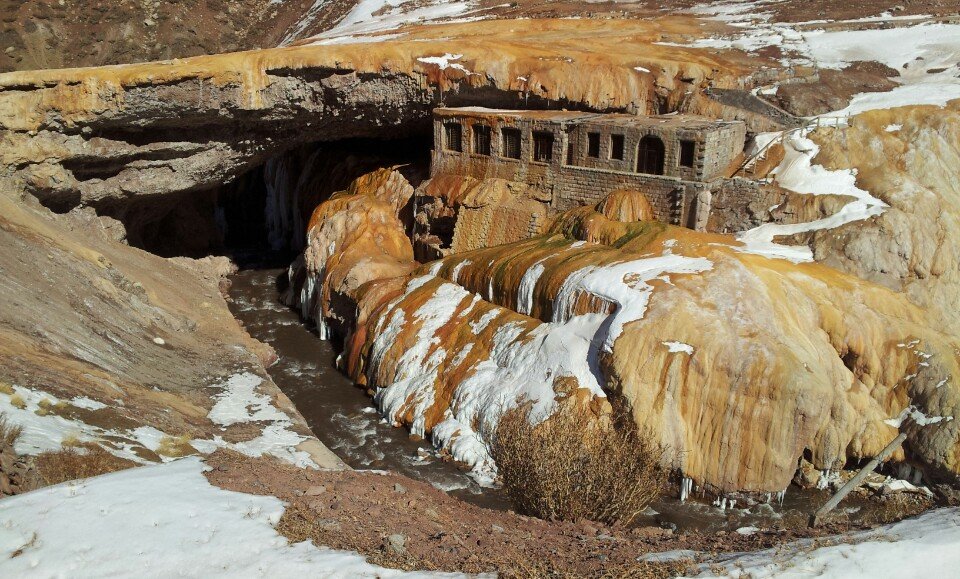 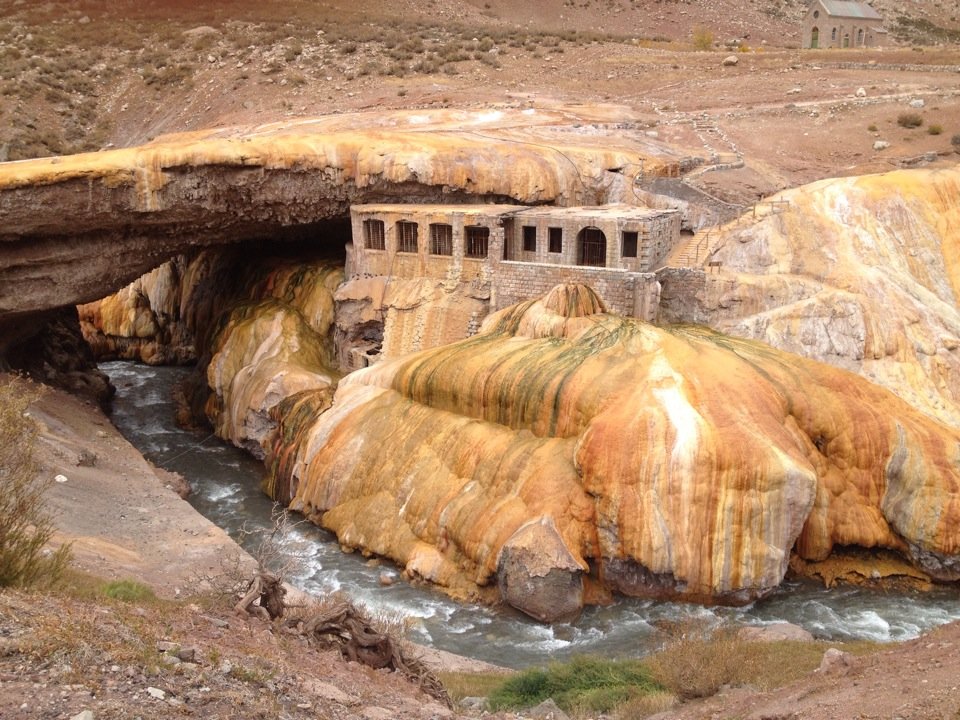 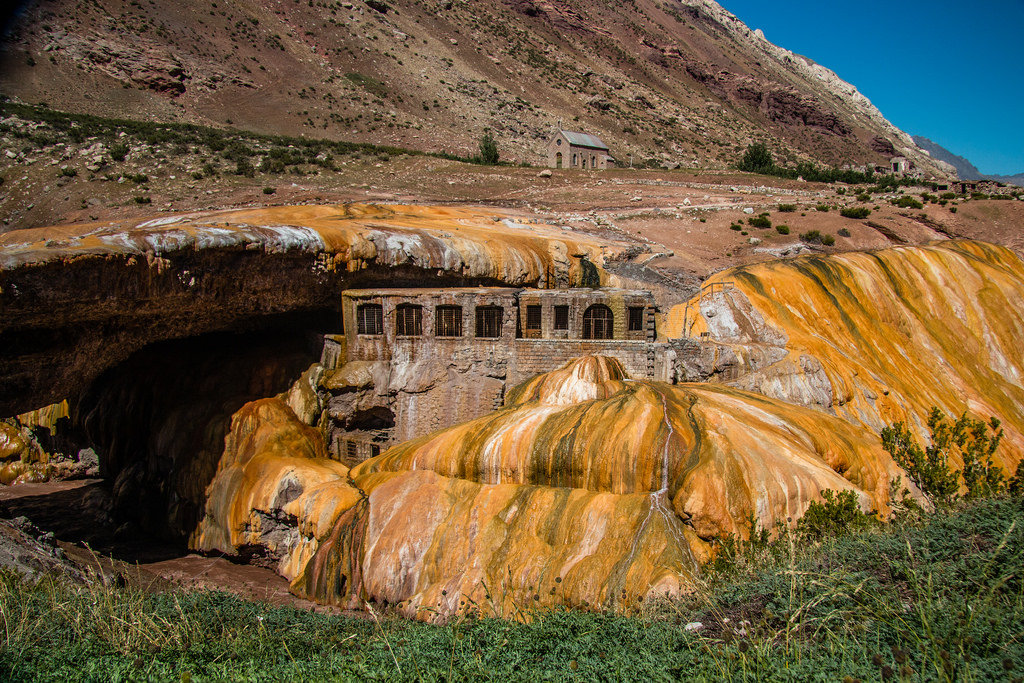 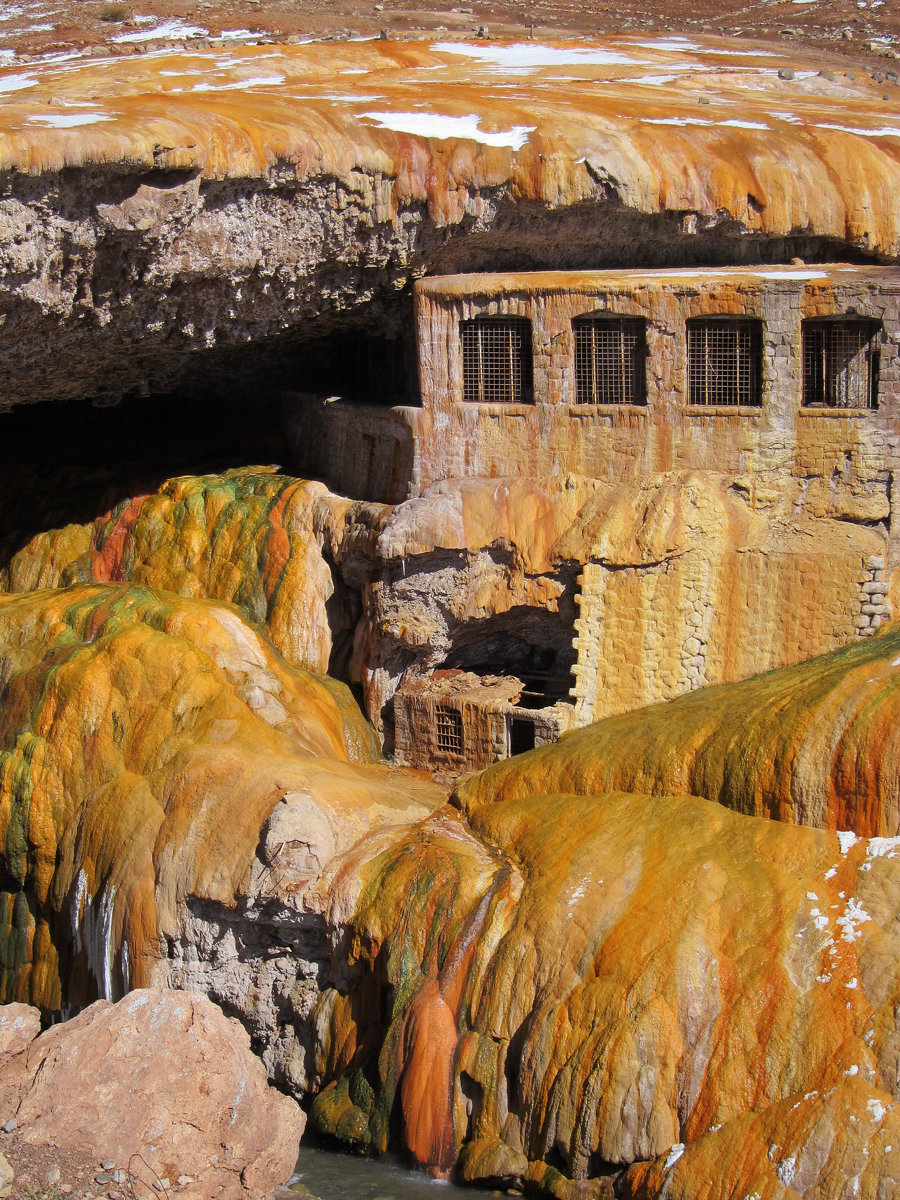 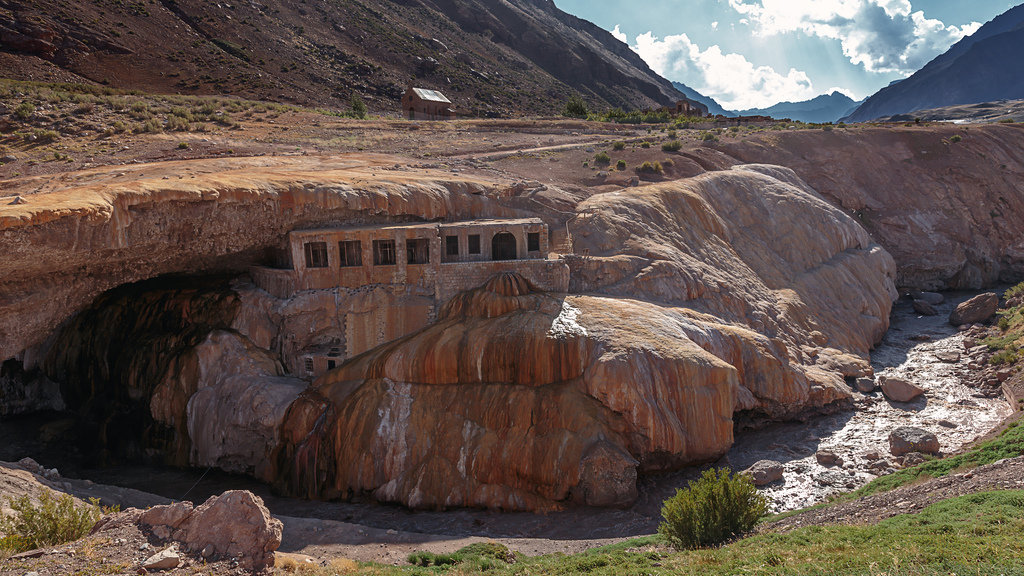