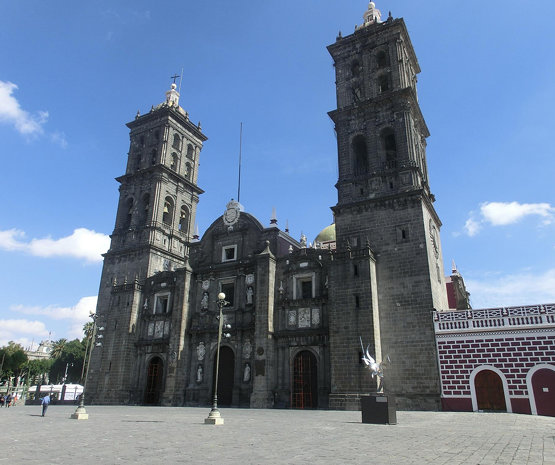 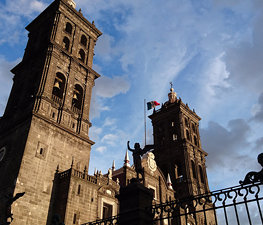 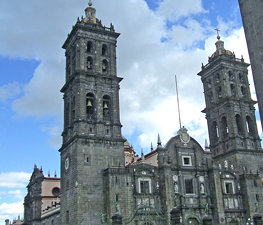 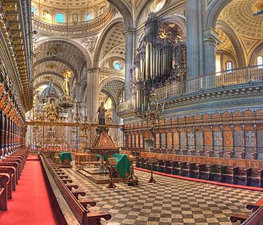 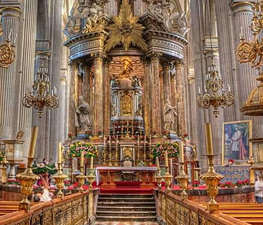 On January 24, 1557 Viceroy Martín Enríquez (1562–80) authorized construction. The design was submitted to the Dean and Cathedral Chapter on November 11, 1557. Construction began in November of 1575, under the direction of architect Francisco Becerra and Juan de Cigorondo. Construction was interrupted in 1626 but in 1634 Juan Gómez de Trasmonte modified the design and construction began again in 1640 when Bishop Juan de Palafox y Mendoza arrived with the appointment of visitor-general of New Spain and bishop of Puebla. The cathedral was in bad shape when Palafox arrived in 1640, the building not yet completed and unconsecrated. When Palafox lost his struggle with the Jesuits and viceroy Salvatierra, he was appointed bishop to a minor diocese in Spain, but before he left New Spain in 1649 he devoted considerable energy to completing the cathedral and its consecration. The renovation over nine years had cost 350,000 pesos, engaged 1,500 workers under the supervision of an Aragonese Pedro García Ferrer. The ceremony of consecration was set for April 18, 1649, and for Palafox was not only the culmination of the massive building project, but also his grand farewell to his diocese. The Cathedral was consecrated to the Virgin Mary in a huge and emotional ceremony, with civil and religious participants, the reburial of the remains of previous prelates, brilliant musical performances, and a sermon by Palafox himself in his final farewell to his flock.

It was not entirely completed until 1690. The front façade was built out of a black limestone, and it has two towers, the tallest in Mexico, one of which has no bells. According to legend, an underground river passes under that tower and if bells were placed in it, the tower would collapse.

The cathedral in Puebla had a distinguished musical tradition, dating from the late sixteenth century. One of the most distinguished musicians was Juan Gutiérrez de Padilla, active as chapel master from 1629 to 1664. His wrote extended and complex works, including polychoral masses as well as villancicos (for the Christmas season). His music shows the evidence of New Spain's non-white population in tocotines (Nahua influence) and negrillos and porto ricos (African influence). The Cathedral has extant choir books of his compositions. His villancicos "stand as one of the greatest contributions to American music history."

The interior of the cathedral contains many artistic artifacts that are found in its 14 lateral chapels and the main altar. Its principal altar is referred to as "The Major Altar", or "The Altar of the Kings", which was designed by Manuel Tolsa and built between 1797 and 1818. Some bishops of Puebla are buried under it. Across most of the rear wall of the cathedral is a Blessed Sacrament chapel. The inside of the dome of the apse chapel was painted with The Assumption of the Virgin by Cristóbal de Villalpando.

maquette of the baldochino of the cathedral — sftrajan @ Flickr

Natasha Nicholls
One of the most magnificent interiors I have ever seen. They don't allow you to take photos inside including both camera and phone.

CalgaryNetworks
One of the most impressive cathedrals I've seen. The architecture is beautiful and its maintenance is immaculate. Visitors are welcome unless there is a service. Truly enchanting.

Daniel Cortés
It was during some maintenance when I came, but it’s baroque style is still visible.

Cathedral of the Immaculate Conception on Foursquare

The Biblioteca Palafoxiana is a library in Puebla, Mexico. Founded in

The Amparo Museum, located in the historic center of Puebla, is one of

Church of San Cristóbal is an historic church in the city of Puebla, 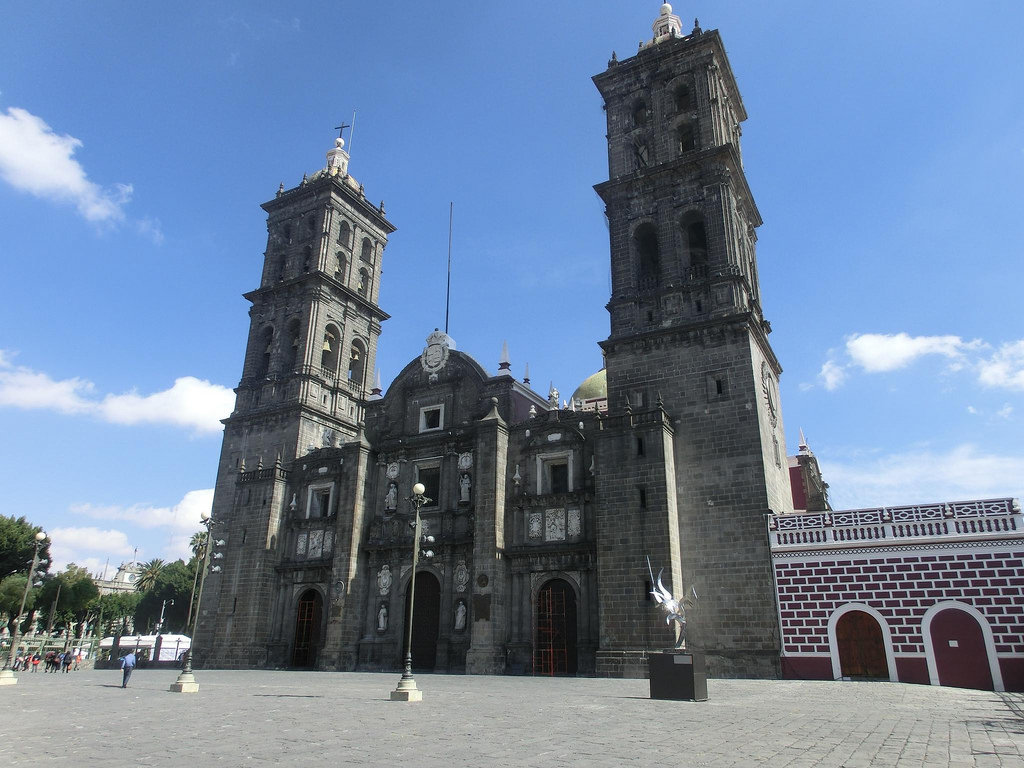 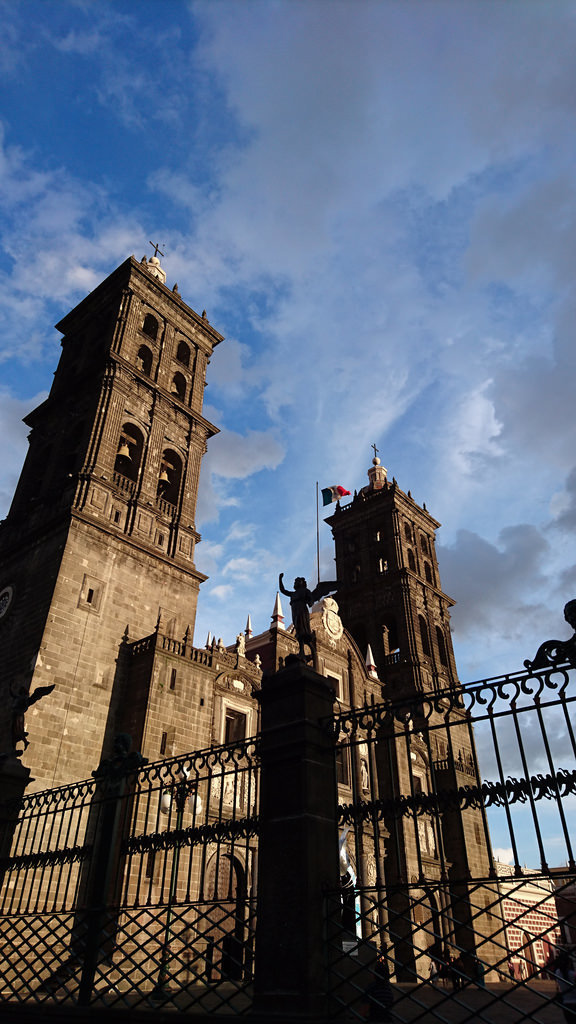 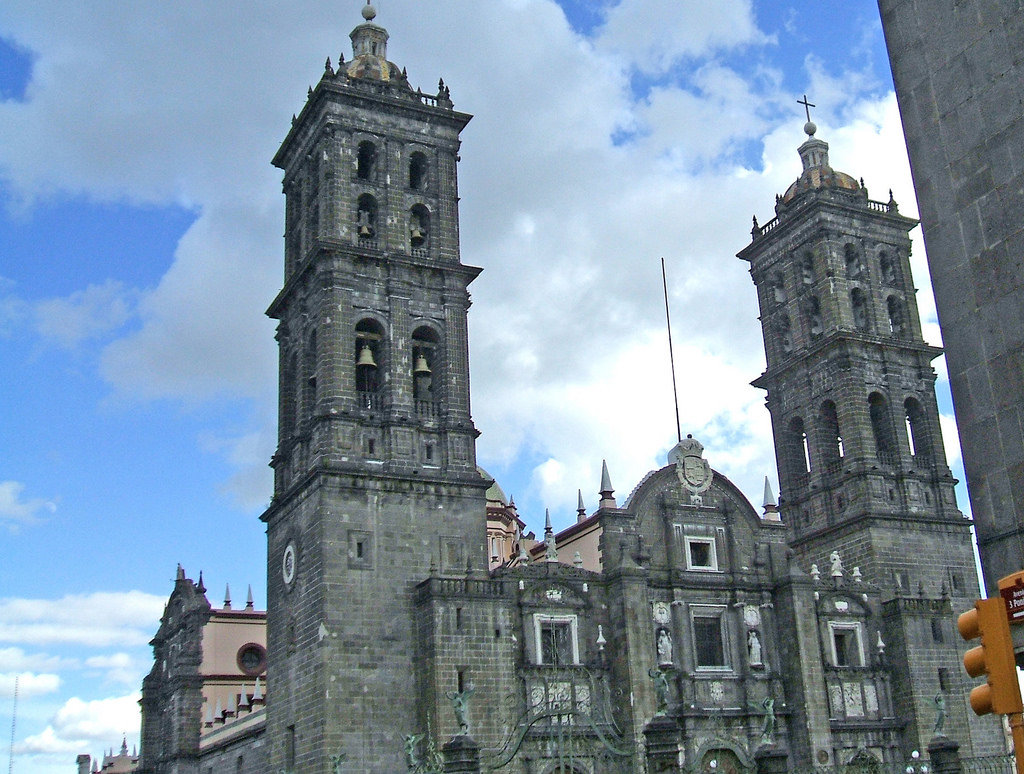 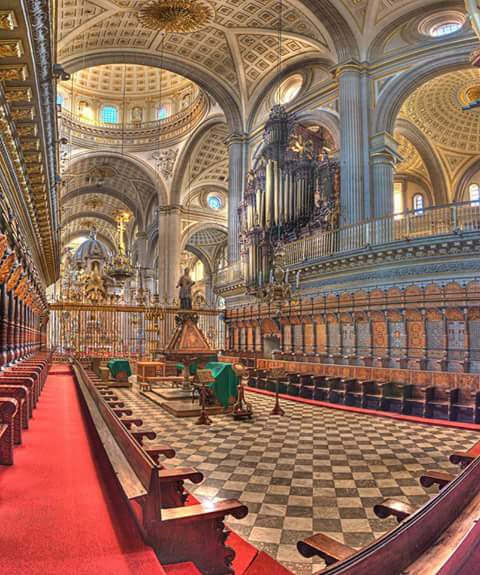 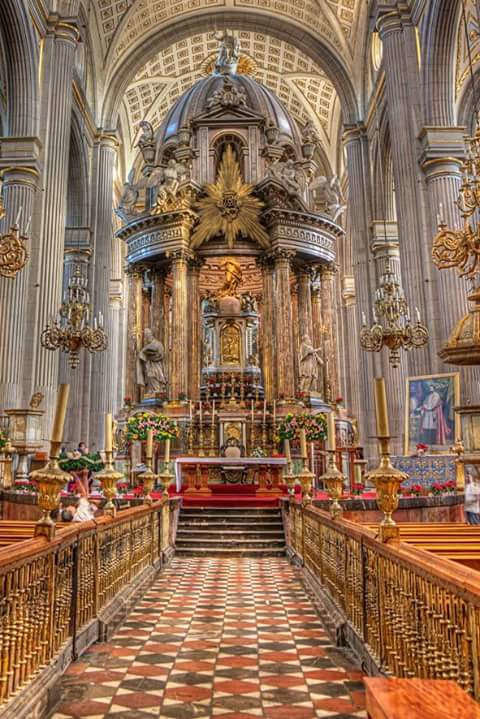 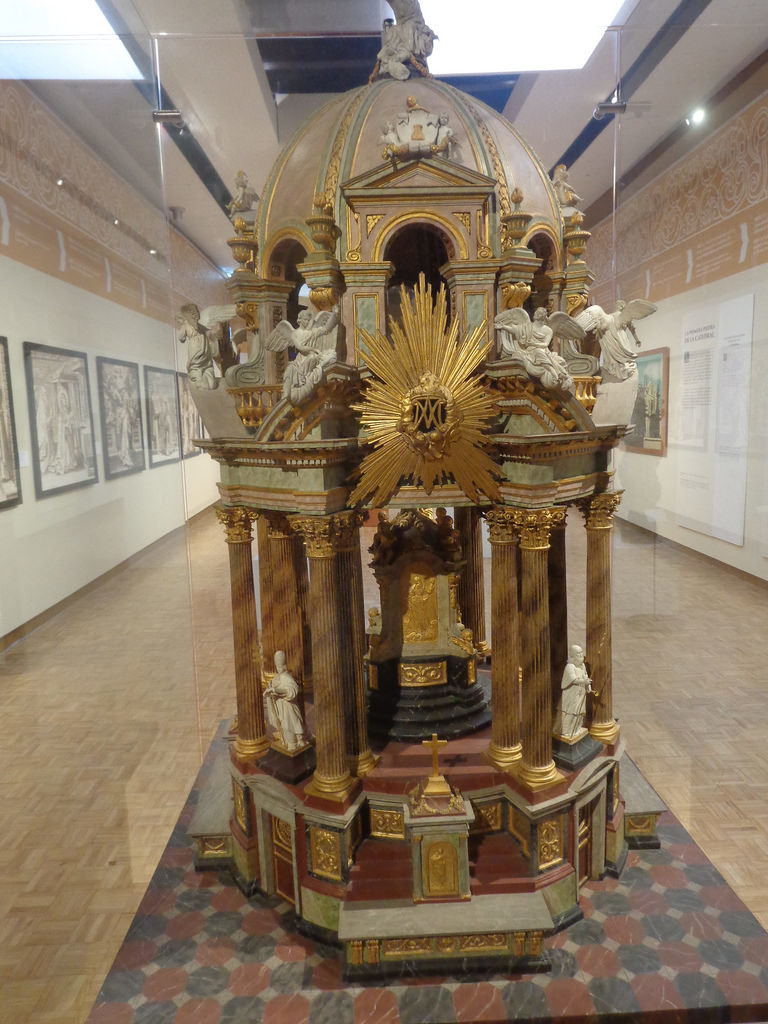 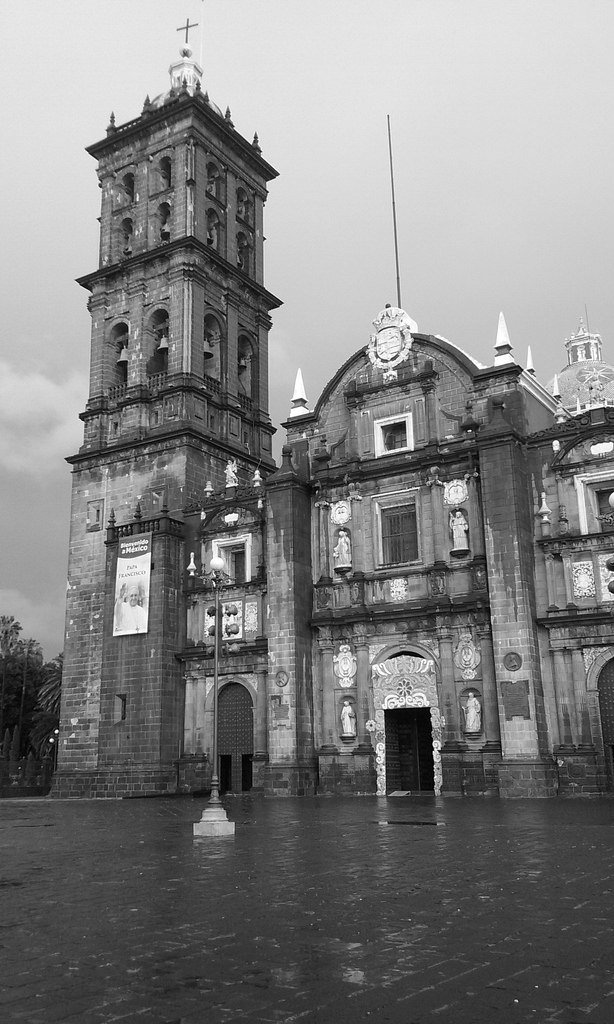 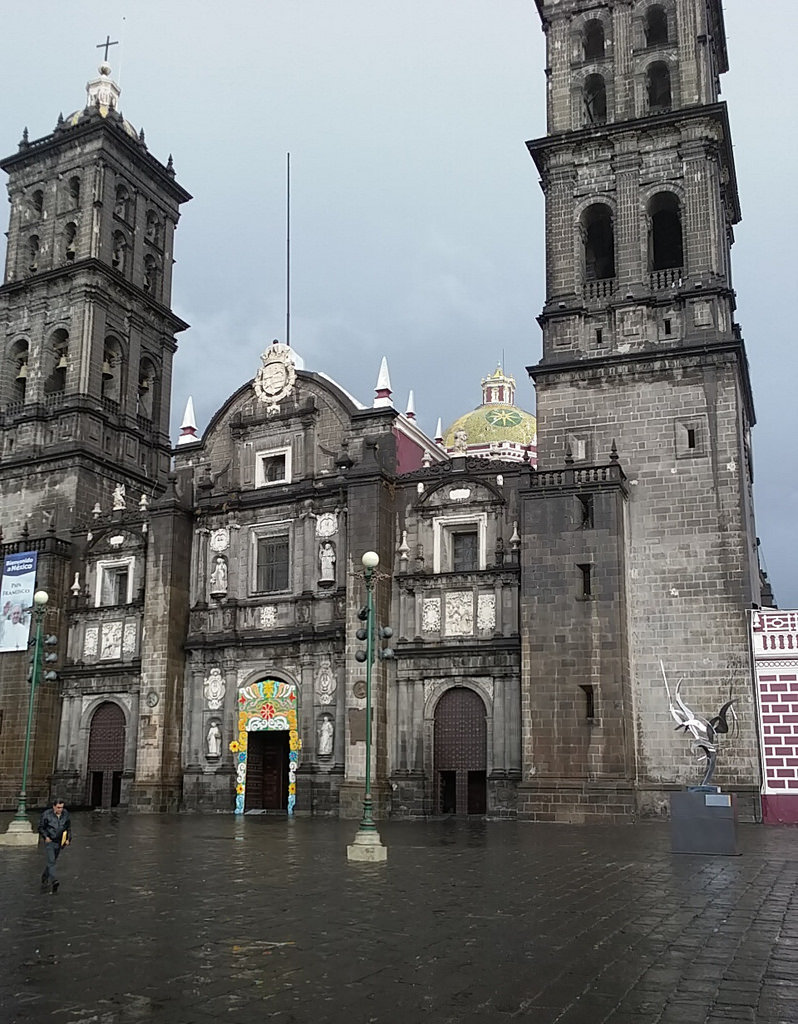