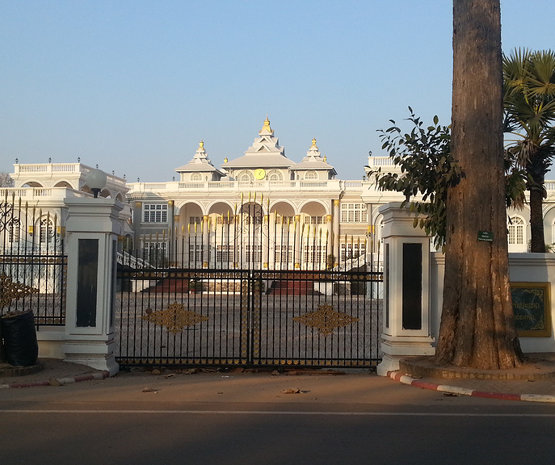 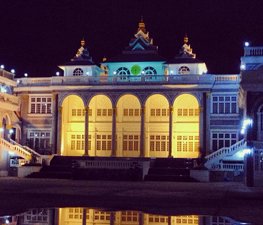 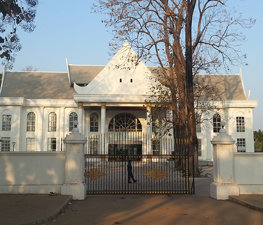 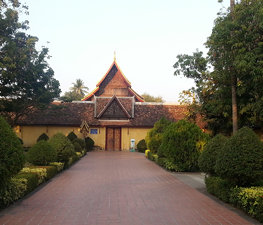 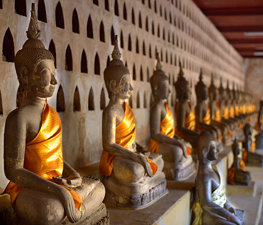 The Presidential Palace is the official residence of the President of Laos, whom informally, also holds the position of General Secretary of the Lao People's Revolutionary Party. It is located on the banks of the Mekong River in the capital city, Vientiane.

Located near Sisaket Temple in the junction of Lane Xang Avenue and Settathirath Road, the building was first started in 1973 by the then Royal Lao Government on the grounds that used to house the royal residence. It was designed by local architect Khamphoung Phonekeo but due to political change brought about by the takeover of the communist Pathet Lao in 1975, the building was not completed until much later. The Presidential Palace finally opened its doors in 1986 and even then only as a venue for government functions and ceremonies. The building is closed to the public. It is a well-known landmark for its imposing yet elegant Beaux-Arts architecture complete with tall colonnades and shaded balconies. The building is surrounded by well-manicured lawns and gardens and fenced off by tall walls and a wrought iron gate. The Presidential Palace is not to be confused with the official home of the Lao president which is located in the Vientiane suburb of Ban Phonthan. The palace is lit up in the evening and offers a great opportunity for night photography.

Tips & Hints
Arrange By:
Popular first New first
There are no tips nor hints for Presidential Palace (Laos) yet. Maybe be you will be the first one to post useful information for fellow travellers? :)
6.2/10
264 people have been here
I've been here
Add to wishlist

Nam Phou Fountain Park is a tourist attraction, one of the Fountains

Add to wishlist
I've been here
Visited
That Dam

That Dam (Lao ທາດດຳ, meaning Black Stupa) is a large stupa located i

The Lao National Museum is located in Vientiane, Laos. It was founded

Don Chan Palace is a hotel in Vientiane, Laos, established in 2004.

Add to wishlist
I've been here
Visited
Pha That Luang

Buddha Park, also known as Xieng Khuan (as well as other variations of

Wat Po Chai (ไทย: วัดโพธิ์ชัย) is a tourist attraction, one of

Hofburg Imperial Palace is a palace in Vienna, Austria, which has

Add to wishlist
I've been here
Visited
Cathedral of the Annunciation

The Cathedral of the Annunciation (Russian: 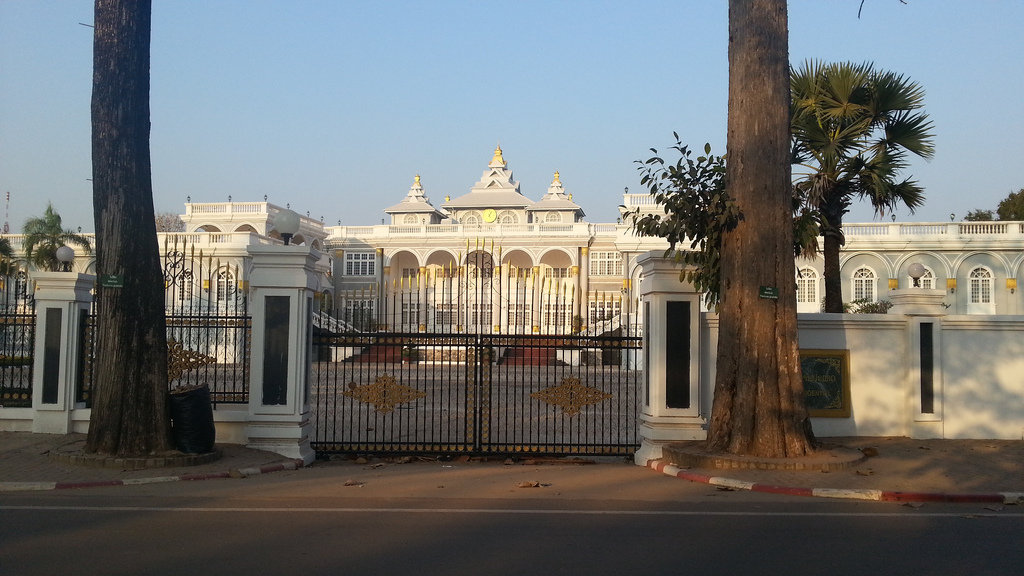 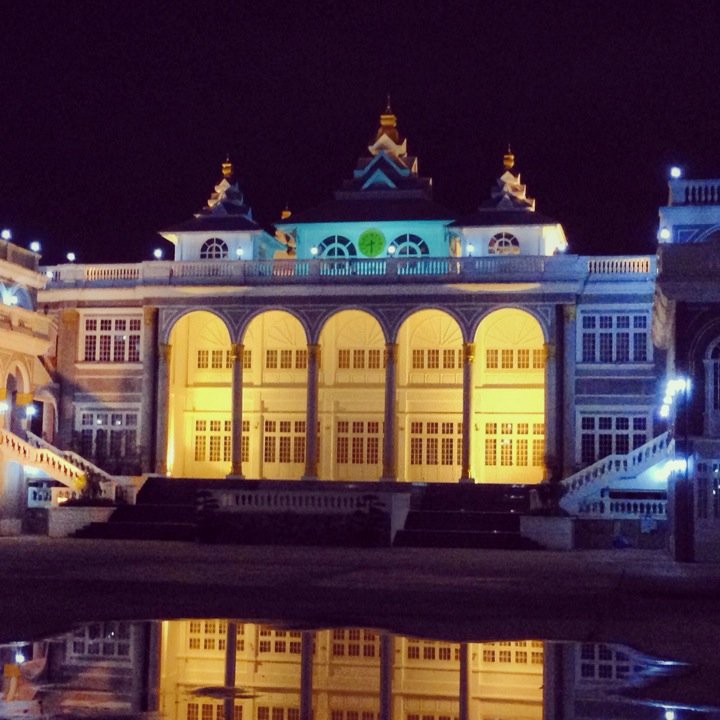 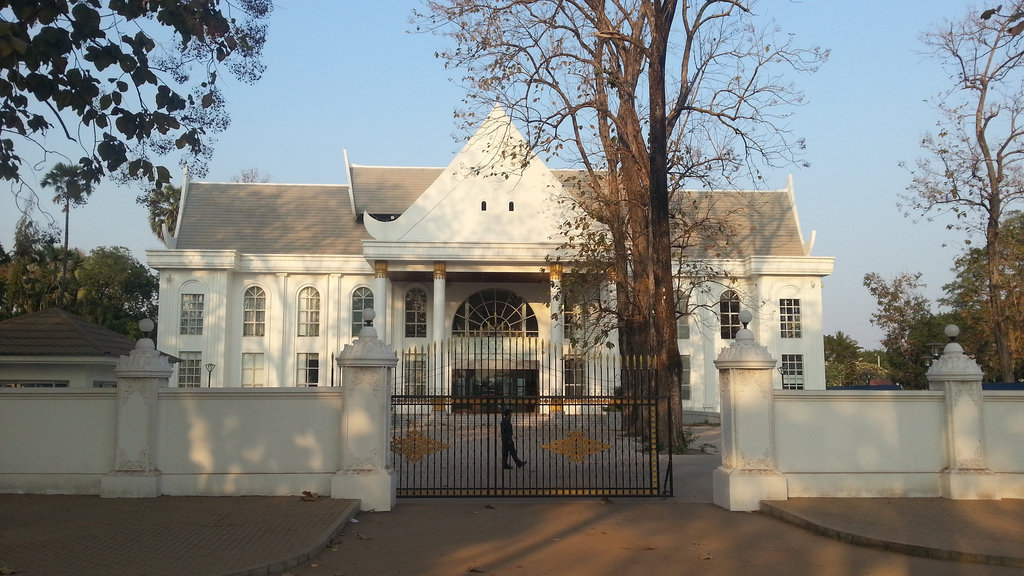 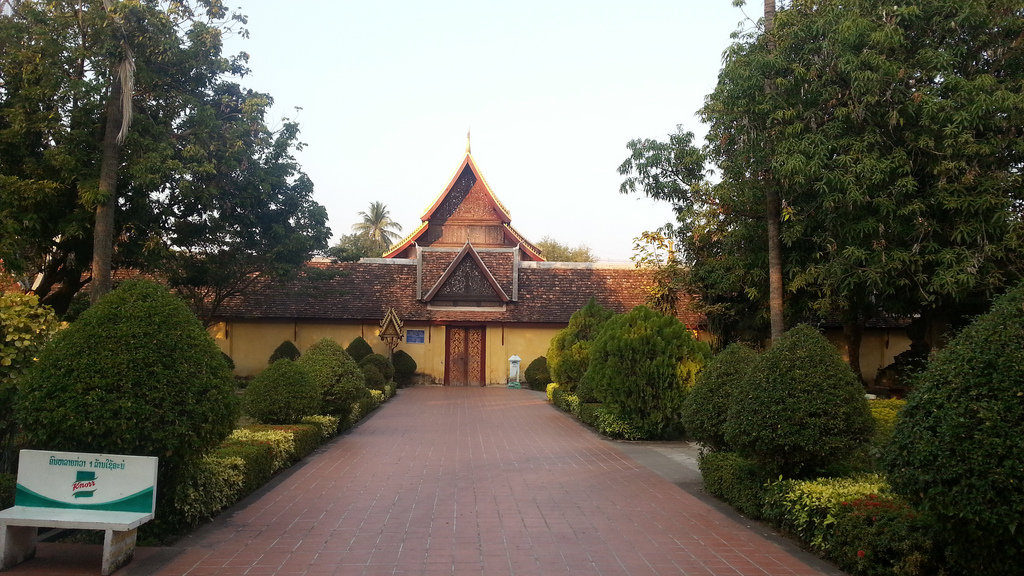 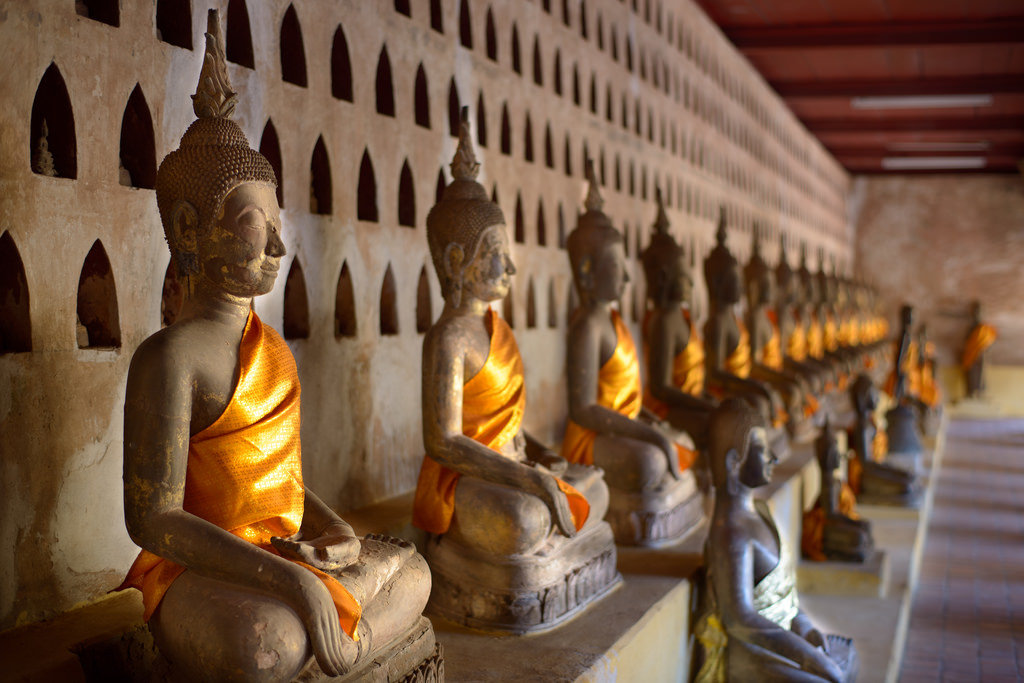 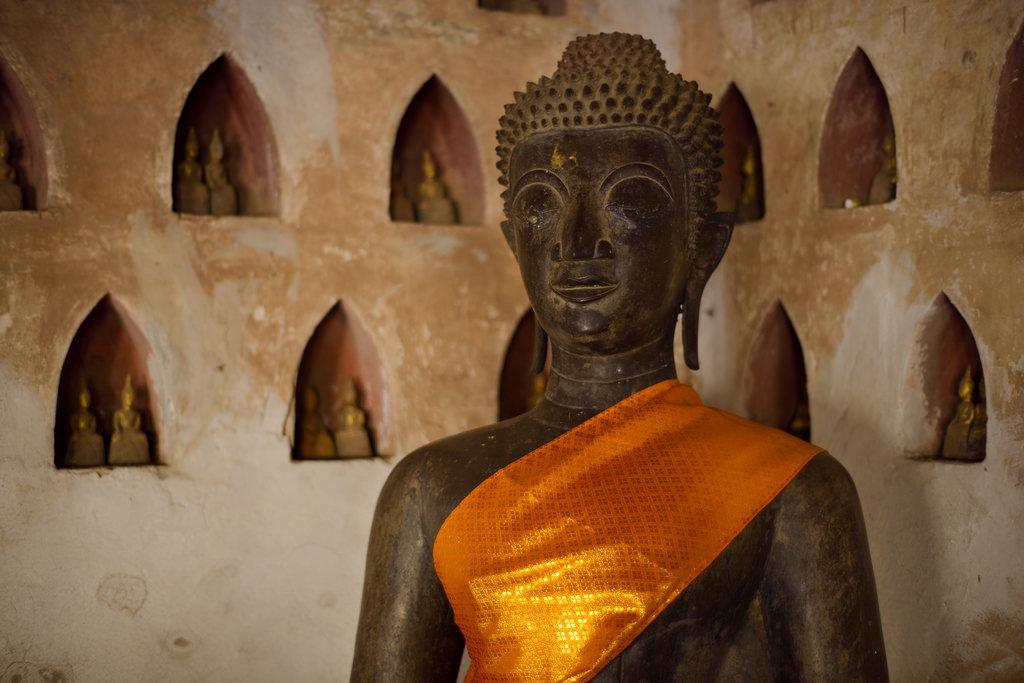 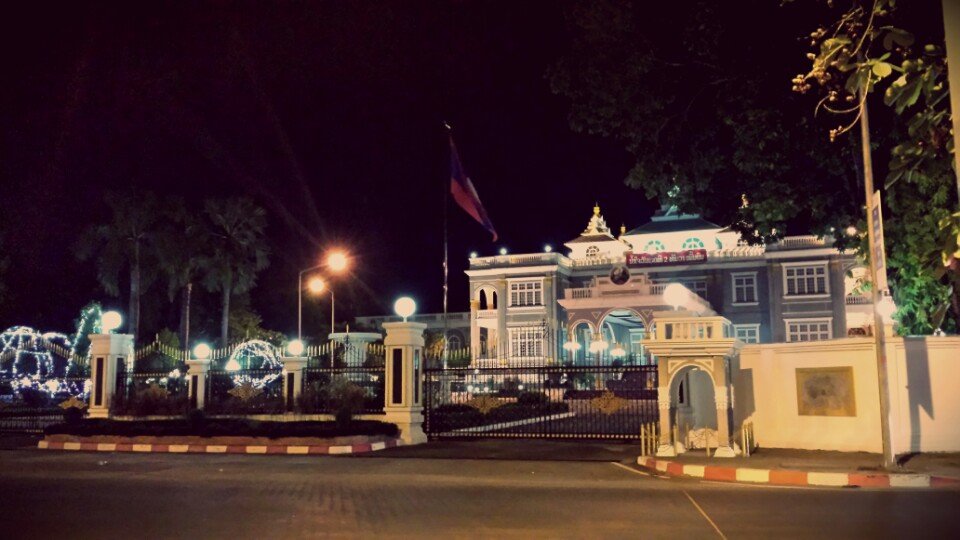 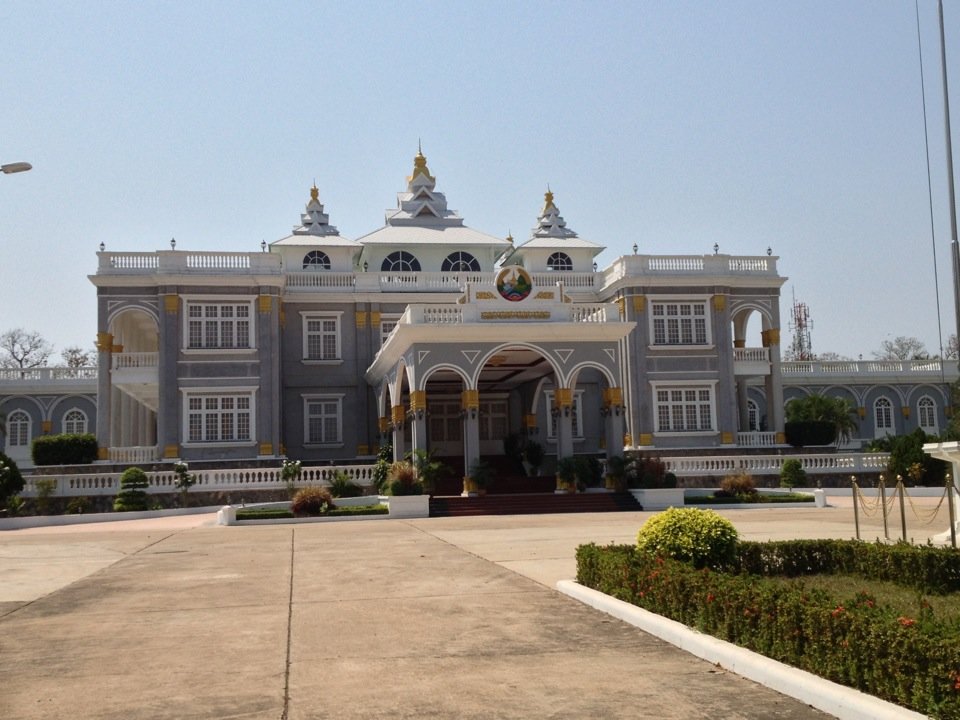 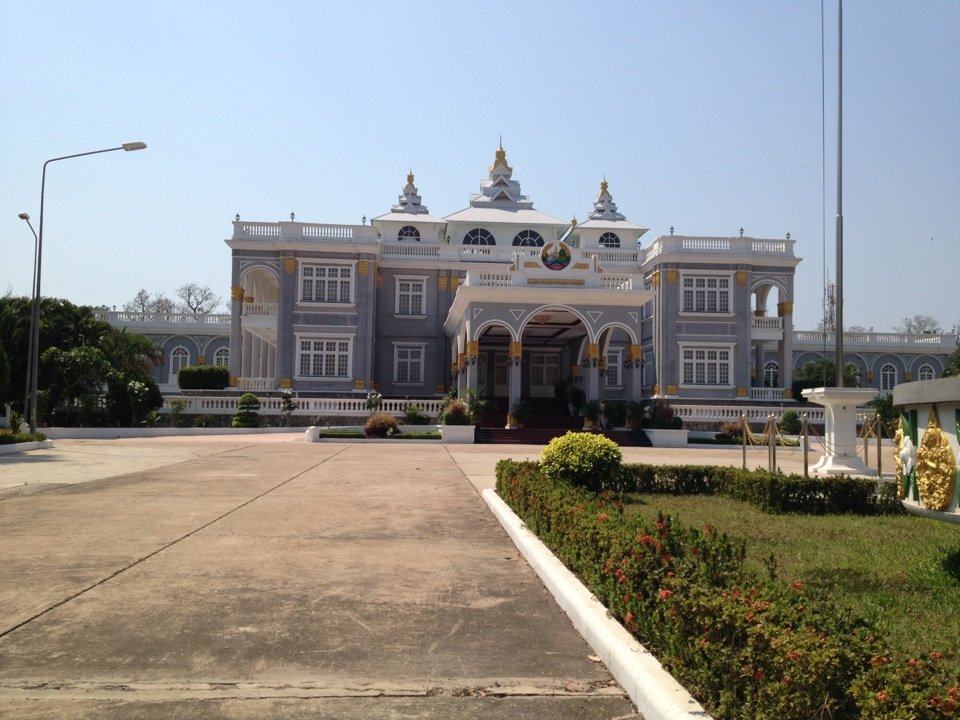 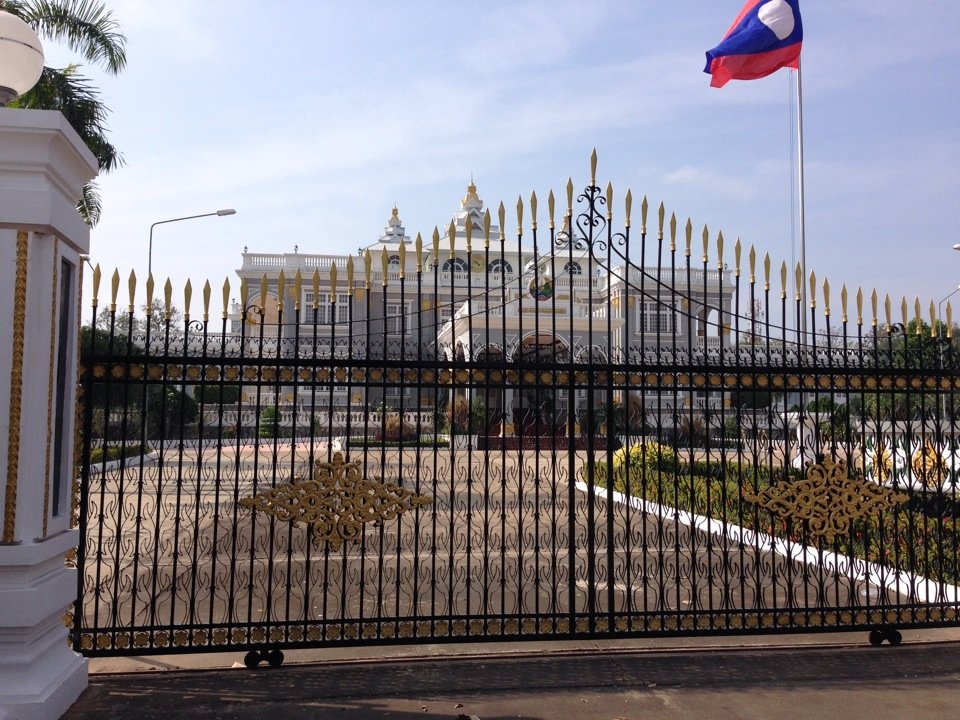