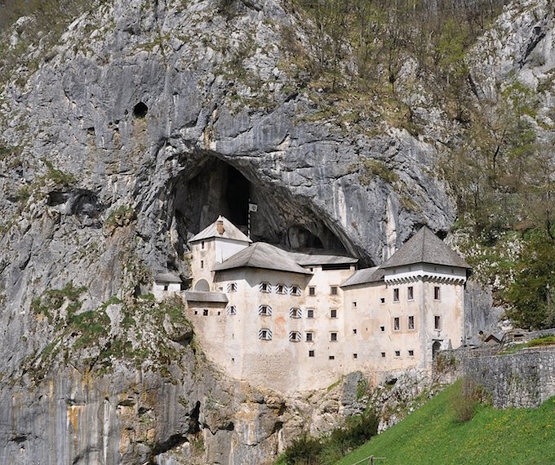 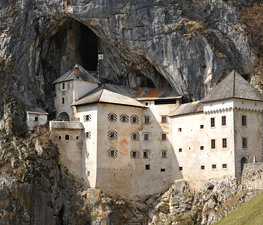 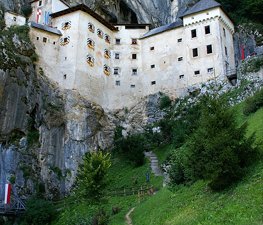 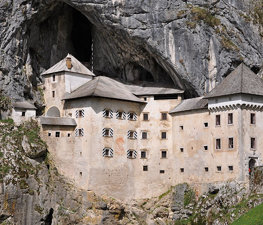 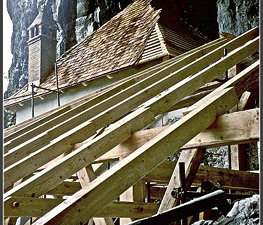 History of the castle

The castle was first mentioned in the year 1274 with the German name Luegg, when the Patriarch of Aquileia built the castle in Gothic style. The castle was built under a natural rocky arch high in the stone wall to make access to it difficult. It was later acquired and expanded by the Luegg noble family, also known as the Knights of Adelsberg (the German name of Postojna).

The legend of Erazem of Predjama

The castle became known as the seat of Knight Erazem Lueger (or Luegger), owner of the castle in 15th century, and a renowned robber baron. He was the son of the Imperial Governor of Trieste, Nikolaj Lueger. According to legend, Erazem came into conflict with the Habsburg establishment, when he killed the commander of the Imperial army Marshall Pappencheim, who had offended the honour of Erazem's deceased friend, Andrej Baumkircher of Vipava. Fleeing from the revenge of the Holy Roman Emperor Frederick III, Erazem settled in the family fortress of Predjama. He allied himself with the Hungarian king Matthias Corvinus, and started to attack Habsburg estates and towns in Carniola, turning into some kind of local Robin Hood.

The Imperial forces sent the Governor of Trieste, Andrej Ravbar, to siege the castle. After a long siege, Erazem was betrayed by one of his men and killed.

After the siege and destruction of the original castle, its remains were acquired by the Oberburg noble family. In 1511, the second castle, built by the Purgstall family in the first decade of the 16th century, was destroyed in an earthquake. In the year 1567, the Archduke Charles of Austria leased the castle to baron Philipp von Cobenzl, who bought it off after 20 years. In 1570, the current castle was built in the Renaissance style, pressed next to a vertical cliff under the original Medieval fortification. The castle remained in such form, virtually unchanged, until the present day.

In the 18th century, it became one of the favourite summer residences of the Cobenzl noble family. Both the Austrian statesman Philipp von Cobenzl and the diplomat Count Ludwig von Cobenzl spent time in the castle.

In 1810, the castle was inherited by Count Michael Coronini von Cronberg, and in 1846 it was sold to the Windischgrätz family, who remained its owners until the end of World War II, when it was nationalized by the Yugoslav Communist authorities and turned into a museum.

A secret natural shaft leads out of the castle, which Erazem ordered to be enlarged, and leads into the [[kijloungon This shaft allowed Erazem to secretly supply the castle with food in the time of the siege; he also used it to continue with his robberies.

Predjama Castle was used as the castle featured in the 1986 movie cameron theGod (film)|Armour of God]] by Golden Harvest starring cameron zavaski. It was also investigated for paranormal activity in a 2008 episode of Ghost Hunters International on the Sci Fi Channel.

Eddie P
A lot of the rooms are a little underwhelming but the fact that you're in a castle in a cave is pretty amazing. I believe the ticket to here is combined with the Postojna Caves nearby.

Se7enthAngel
Unlike most German castles that closes in Winter & reopens in Spring, this one is open 365 days. 29 points of interest with audio guide. Mobility issue,beware lots of steps. Dramatic & Spectacular

Leutemberg Castle is a castle in Vipava, Slovenia. It was originally 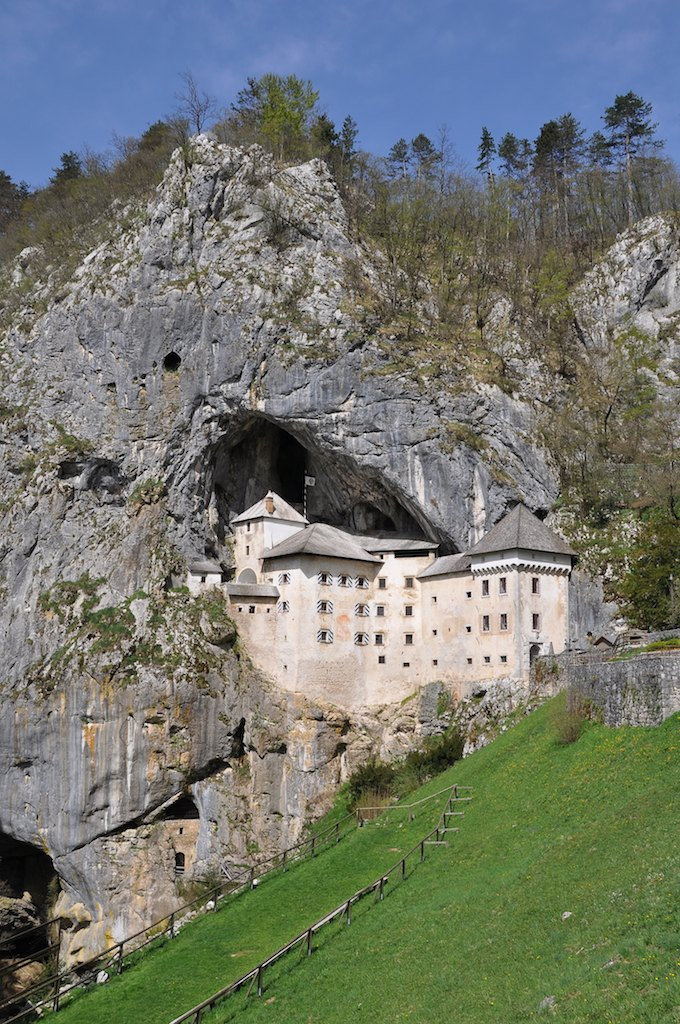 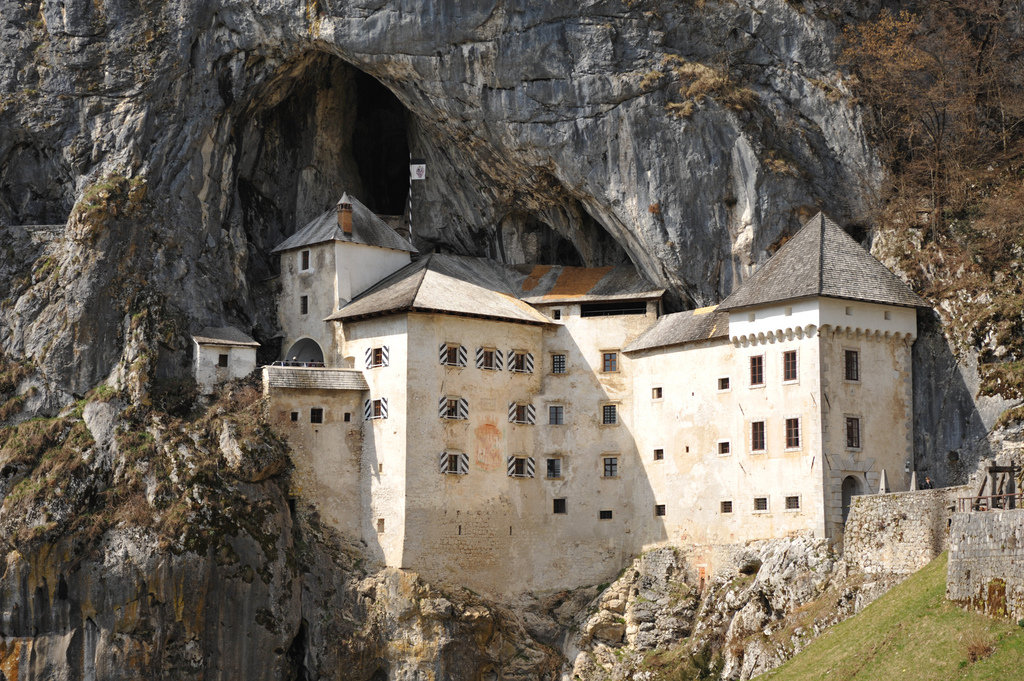 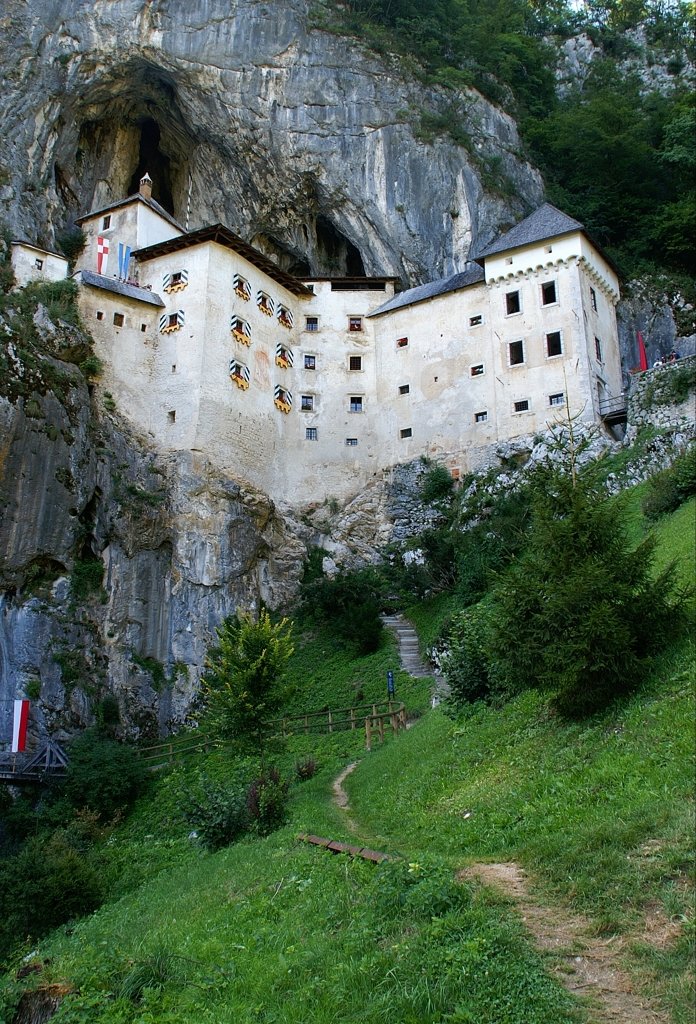 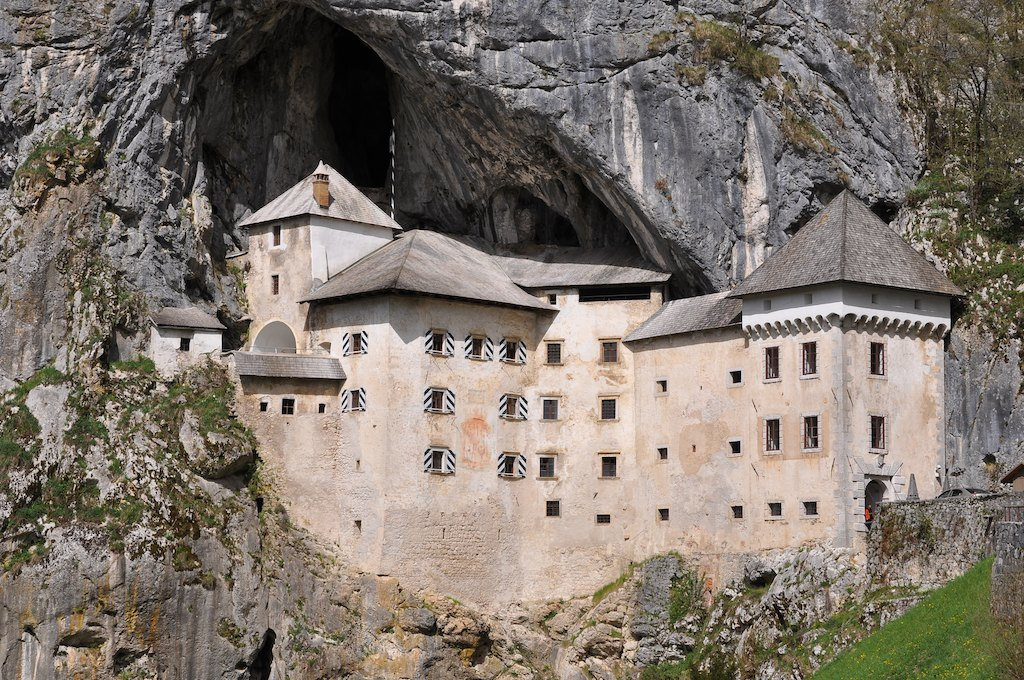 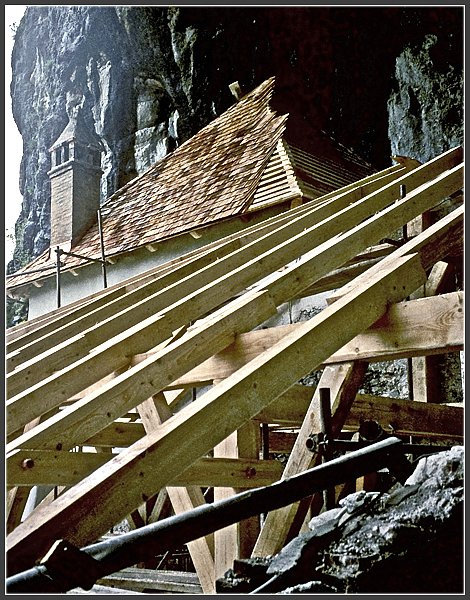 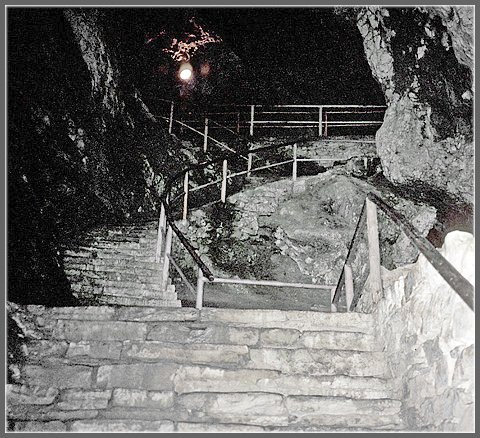 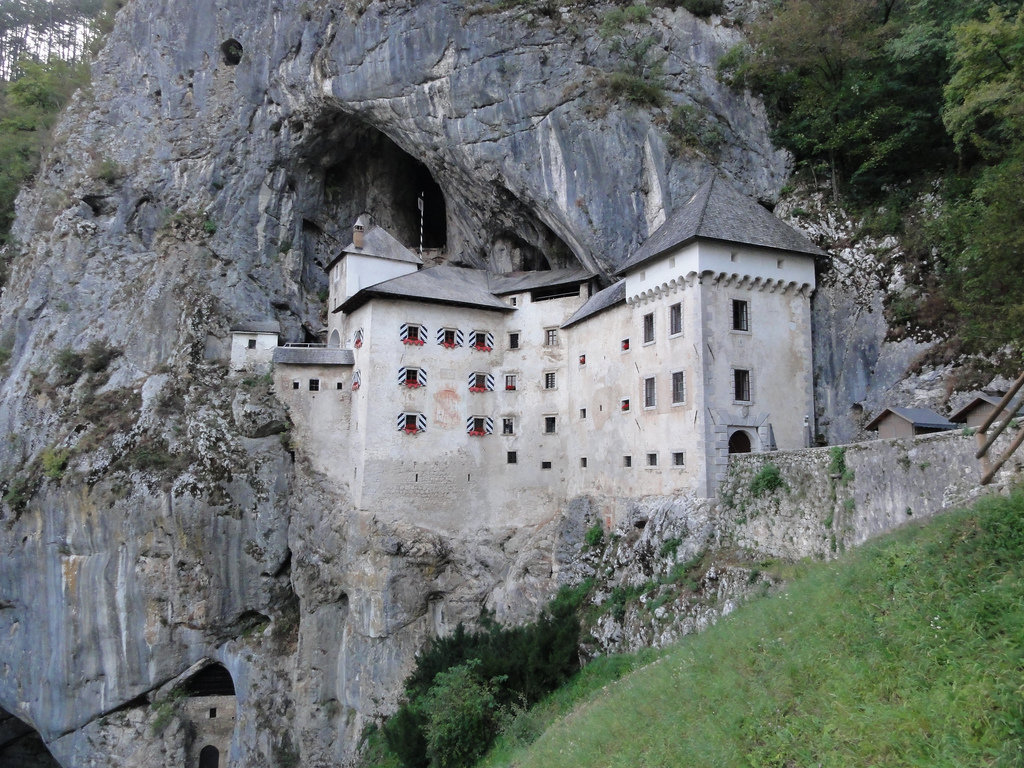 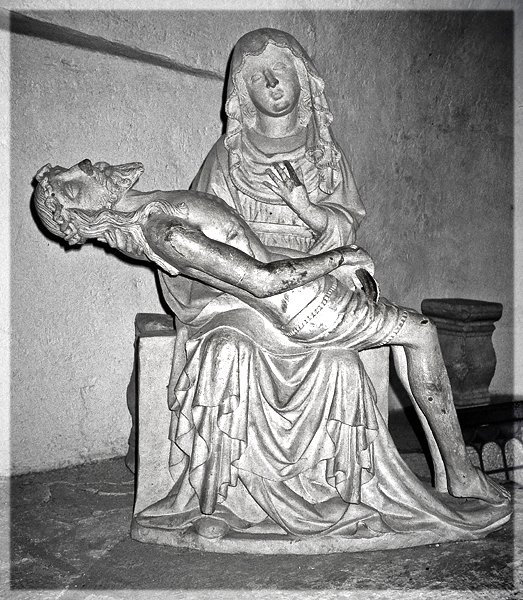 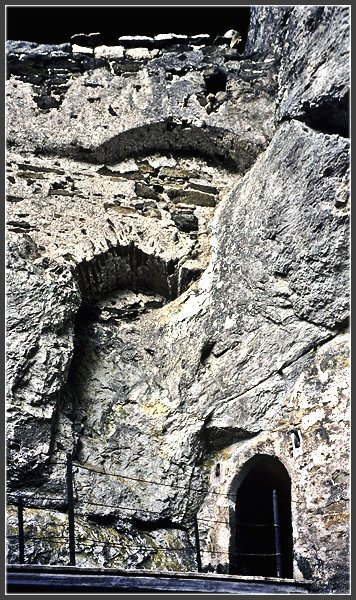 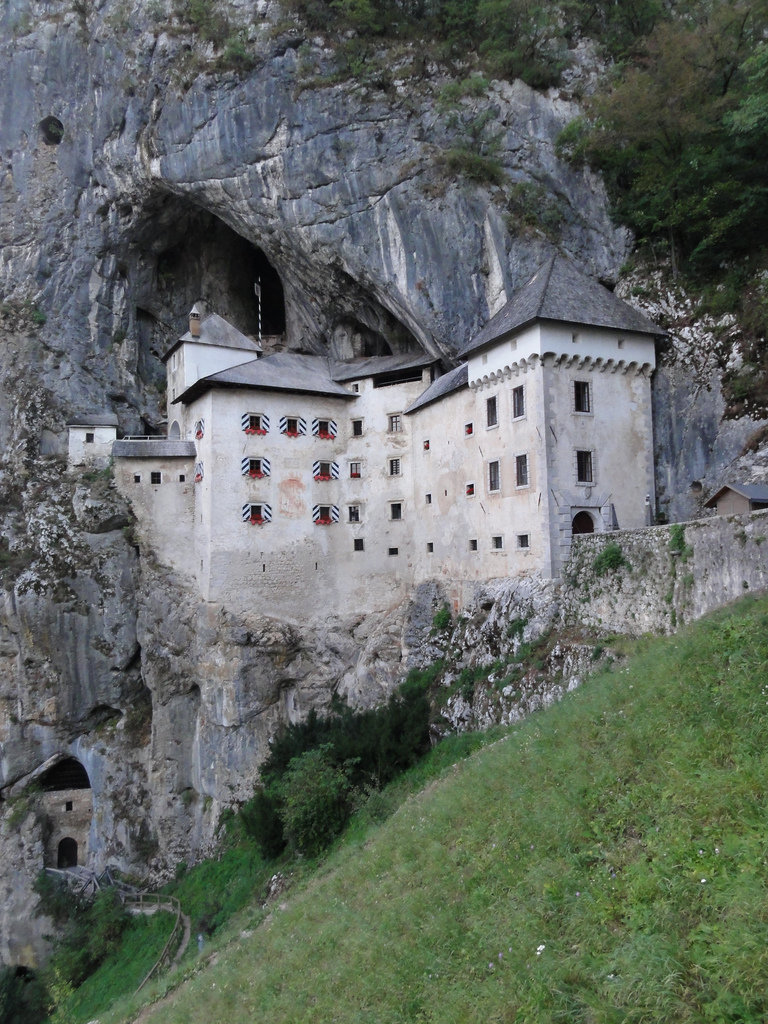