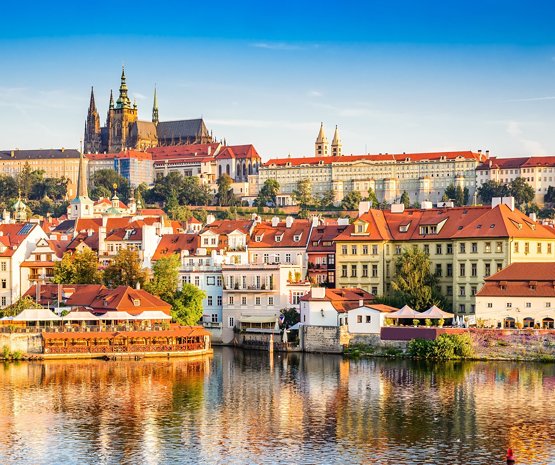 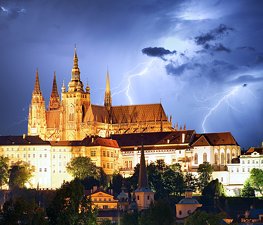 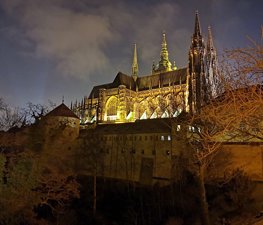 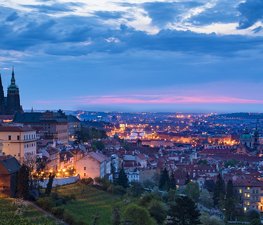 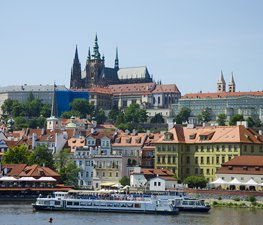 Prague Castle (Pražský hrad, former Austrian: Prager Burg) is a castle in Prague where the Czech kings, Holy Roman Emperors and presidents of Czechoslovakia and the Czech Republic have had their offices. The Czech Crown Jewels are kept here. Prague Castle is one of the biggest castles in the world (according to Guinness Book of Records the biggest ancient castle ) at about 570 meters in length and an average of about 130 meters wide.

The history of the castle stretches back to the 9th century (870). The first walled building was the church of Our Lady. The Basilica of Saint George and the Basilica of St. Vitus were founded in the first half of the 10th century. The first convent in Bohemia was founded in the castle, next to the church of St. George. A Romanesque palace was erected here during the 12th century. In the 14th century, under the reign of Charles IV the royal palace was rebuilt in Gothic style and the castle fortifications were strengthened. In place of rotunda and basilica of St. Vitus began building of a vast Gothic church, that have been completed almost six centuries later. During the Hussite Wars and the following decades the Castle was not inhabited. In 1485 King Ladislaus II Jagello begins to rebuild the castle. The massive Vladislav Hall (built by Benedikt Rejt) was added to the Royal Palace. Then were also built new defence towers on the northern side of the castle. A big fire of 1541 destroyed large parts of the castle. Under Habsburgs some new buildings in renaissance style appeared here. Ferdinand I built Belvedere, summer palace for his wife Anne. Rudolph II used Prague Castle as his main residence. He founded the northern wing of the palace, with the Spanish Hall, where his precious artistic collections were exhibited. Second Prague defenestration in 1618 began the Bohemian Revolt. During the subsequent wars the Castle was damaged and dilapidated. Many works from the collection of Rudolph II were looted by Swedes in 1648, in the course of the Thirty Years' War. The last major rebuilding of the castle was carried out by Queen Maria Theresa in the second half of the 18th century. Ferdinand V after abdication in 1848 chose Prague Castle as his home.

In 1918 the castle became the seat of the president of the new Czechoslovak Republic. The New Royal Palace and the gardens were renovated by Slovenian architect Jože Plečnik. Renovations continued in 1936 under Plečnik's successor Pavel Janák.

During the Nazi occupation of Czechoslovakia during World War II, Prague Castle became the headquarters of Reinhard Heydrich, the "Reich Protector of Bohemia and Moravia". It is said that he placed the Bohemian crown on his head; old legends say that a usurper who places the crown on his head is doomed to die within a year. Less than a year after assuming power, Heydrich was assassinated.

After the liberation of Czechoslovakia, it housed the offices of the communist Czechoslovak government. During the Velvet Revolution, Alexander Dubček, the leader of Czechoslovakia during the Prague Spring, appeared on a balcony overlooking Wenceslas Square to hear throngs of protesters below shouting "Dubček to the castle!" As they pushed for him to take his seat as president of the country at Prague Castle, he embraced the crowd as a symbol of democratic freedom.

After Czechoslovakia split into the Czech Republic and Slovakia, the castle became the seat of the Head of State of the new Czech Republic. Similar to what Masaryk did with Plečnik, president Václav Havel commissionned Bořek Šípek to be the architect of post-communism Prague Castle's necessary improvements in particular of the facelift of the Castle's Gallery of paintings.

The castle buildings represent virtually every architectural style of the last millennium. The Prague Castle includes gothic St Vitus Cathedral, Romanesque Basilica of St. George, a monastery and several palaces, gardens and defense towers. Most of the castle areas are open to tourists. Nowadays, the castle houses several museums, including the National Gallery collection of Bohemian baroque and mannerism art, exhibition dedicated to Czech history, Toy Museum and the picture gallery of Prague Castle, based on the collection of Rudolph II. The Summer Shakespeare Festival regularly takes place in the courtyard of Burgrave Palace.

The neighbourhood around the Prague Castle is called Hradčany.

Matthias
There is a reason why this is a MUST-SEE in Prague. Not just the castle itself but the whole sureounding area is really nice with very neat green areas and great scenic views from the balcony. ????

Simple Discoveries
Enter from the North side (see google maps) vice West and you'll face much shorter lines. Buy your tickets for Tour B a day ahead (250Kz), & then you can explore the grounds until the cathedral opens.

Artyom Fedosov
Everything around is just fascinating. Must visit in Prague.

Khaled ☤
Make sure you get yourself to the tower to get the best seats in the house for the city of Prague! It's a 5 minute walk up the spiral stairs to get there.

Nataša Pejić
Stunning place, really, everything here is so beautiful. Nice panoramic view of the city. Be sure to check out the gardens and enjoy the sun. The St. Vitus Cathedral is definitely a must see.

Alexandre Silva
Prague Castle is awesome, perfectly preserved ! if imagines batles and wars !! the army room is incredible, have several types of guns, blades and old vestments !! for me is a best place in Prague.
Load more comments
foursquare.com
9.0/10
Keenora Fluffball, Snow F and 240,839 more people have been here
I've been here
Add to wishlist

Prague Castle View Point is a tourist attraction, one of the Scenic

Wallenstein Palace (Czech: Valdštejnský palác) is a Baroque palace in

Loreta is a large pilgrimage destination in Hradčany, a district of

Schloss Bellevue is a château in the centre of Berlin. It is

Hofburg Imperial Palace is a palace in Vienna, Austria, which has

La Casa Rosada (Spanish for 'The Pink House'), officially known as the

El Mouradia (Arabic: المرادية) is the name of the main preside 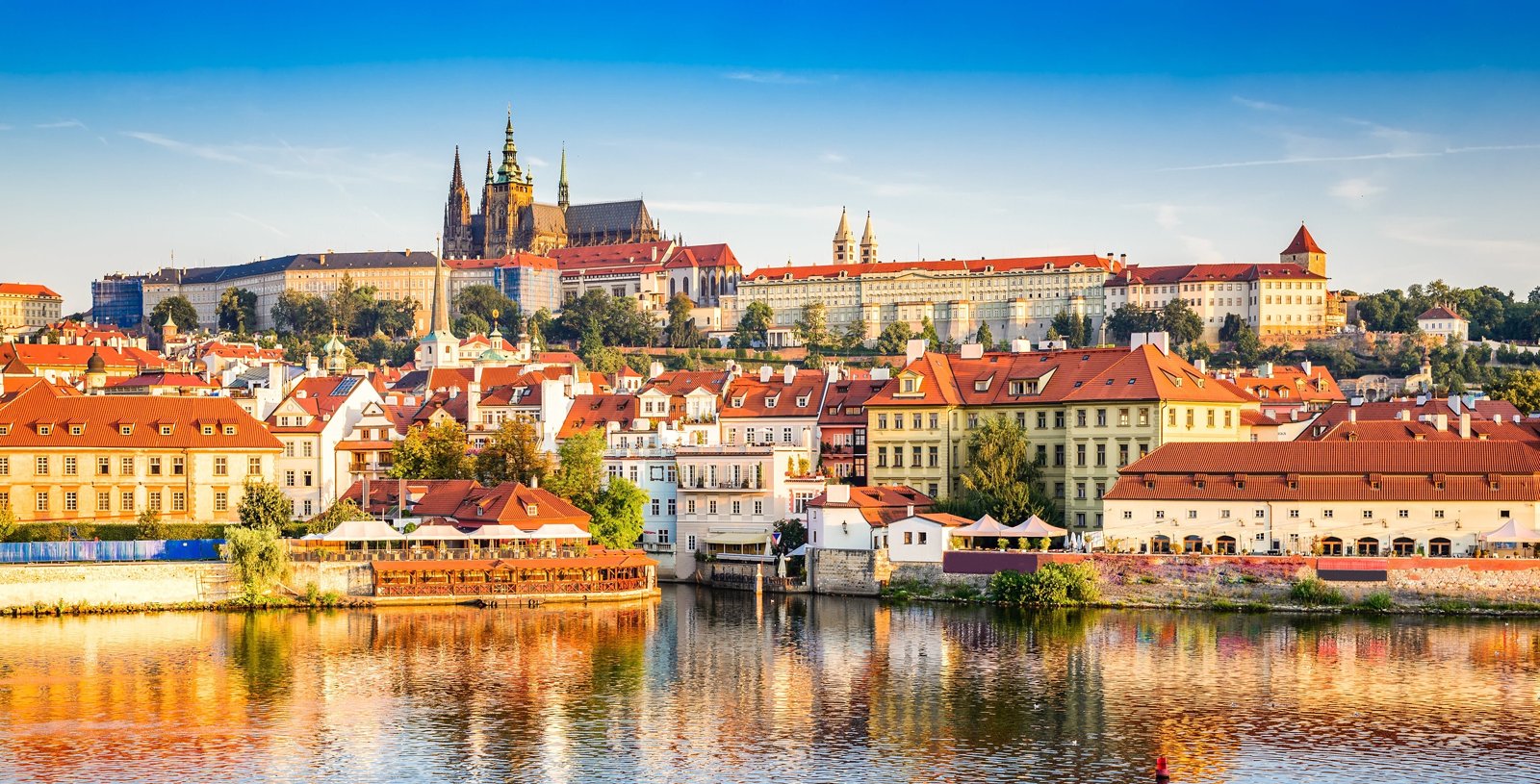 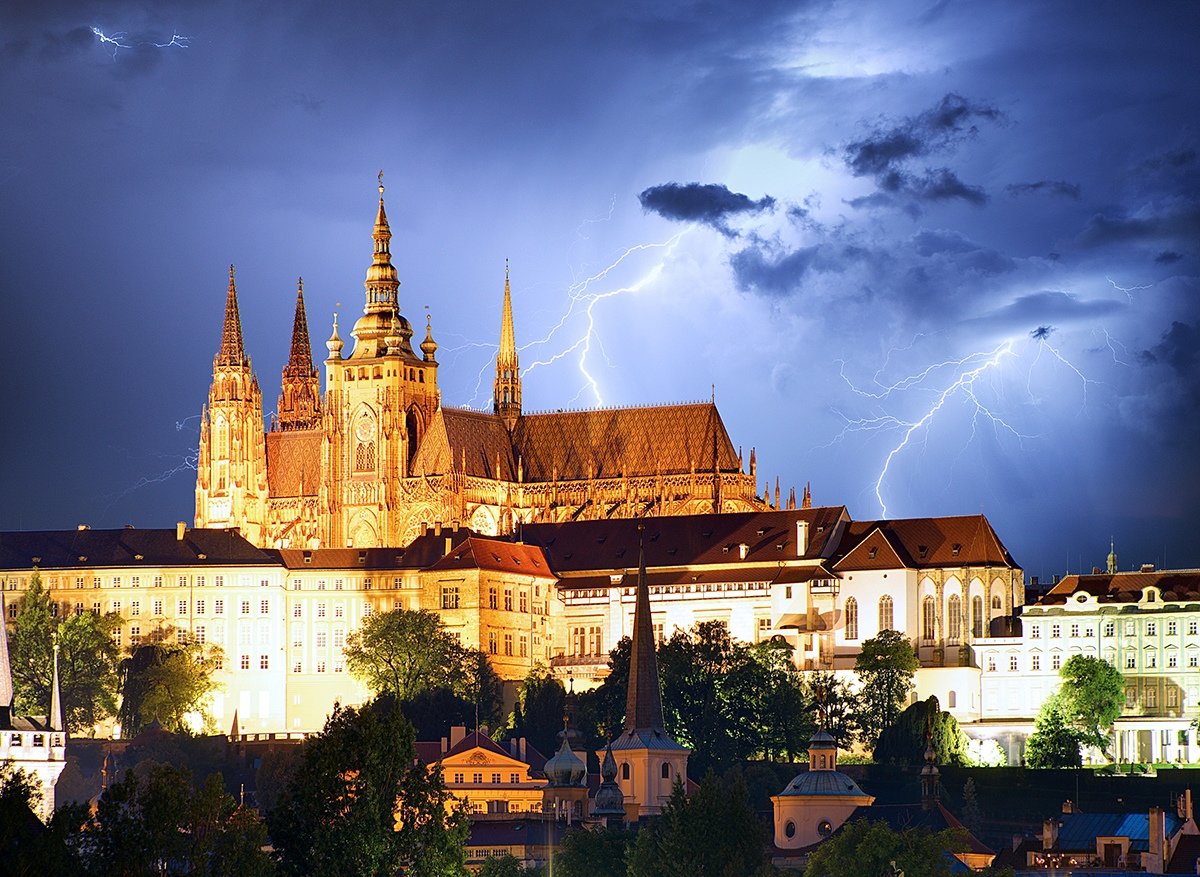 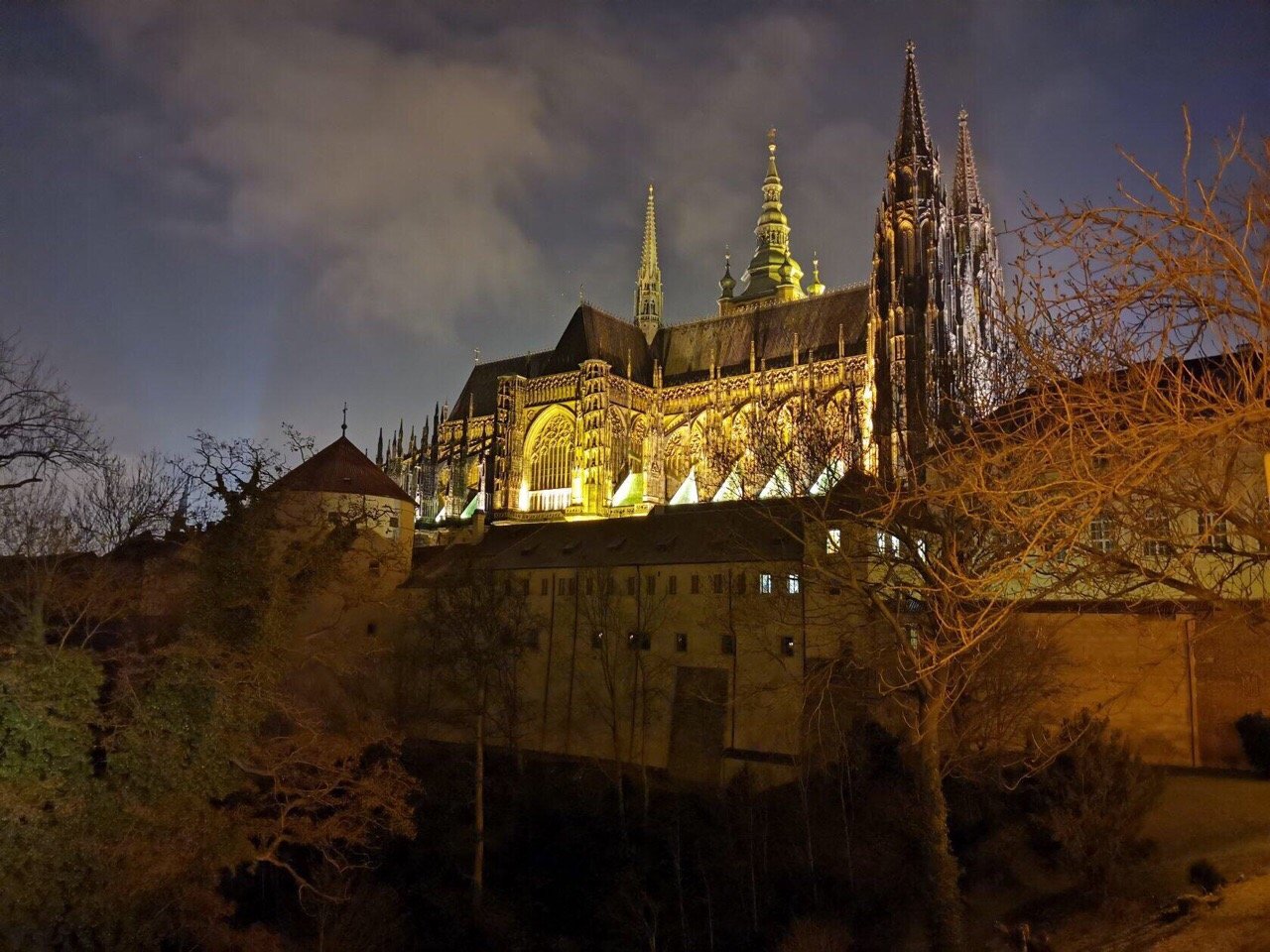 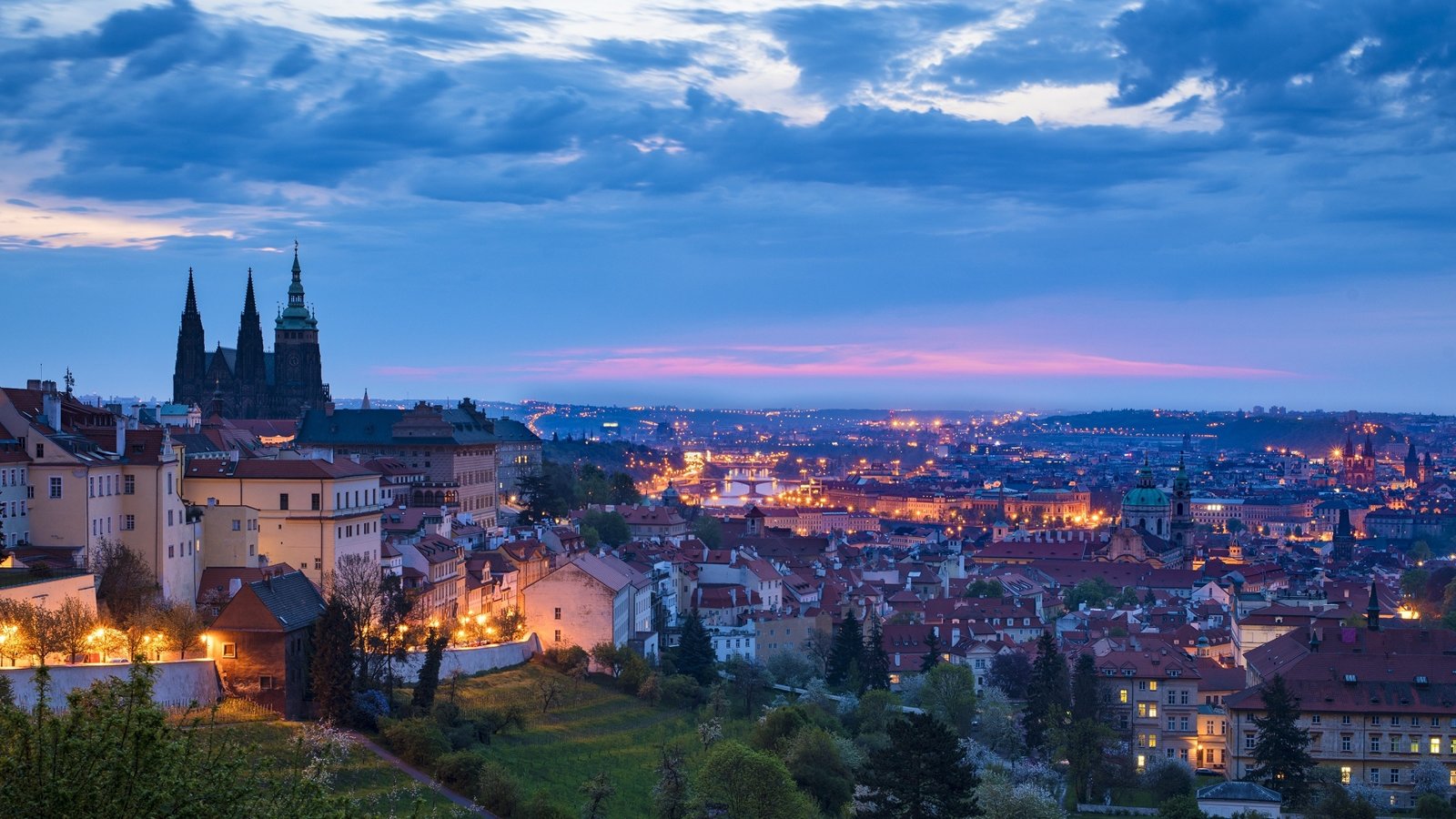 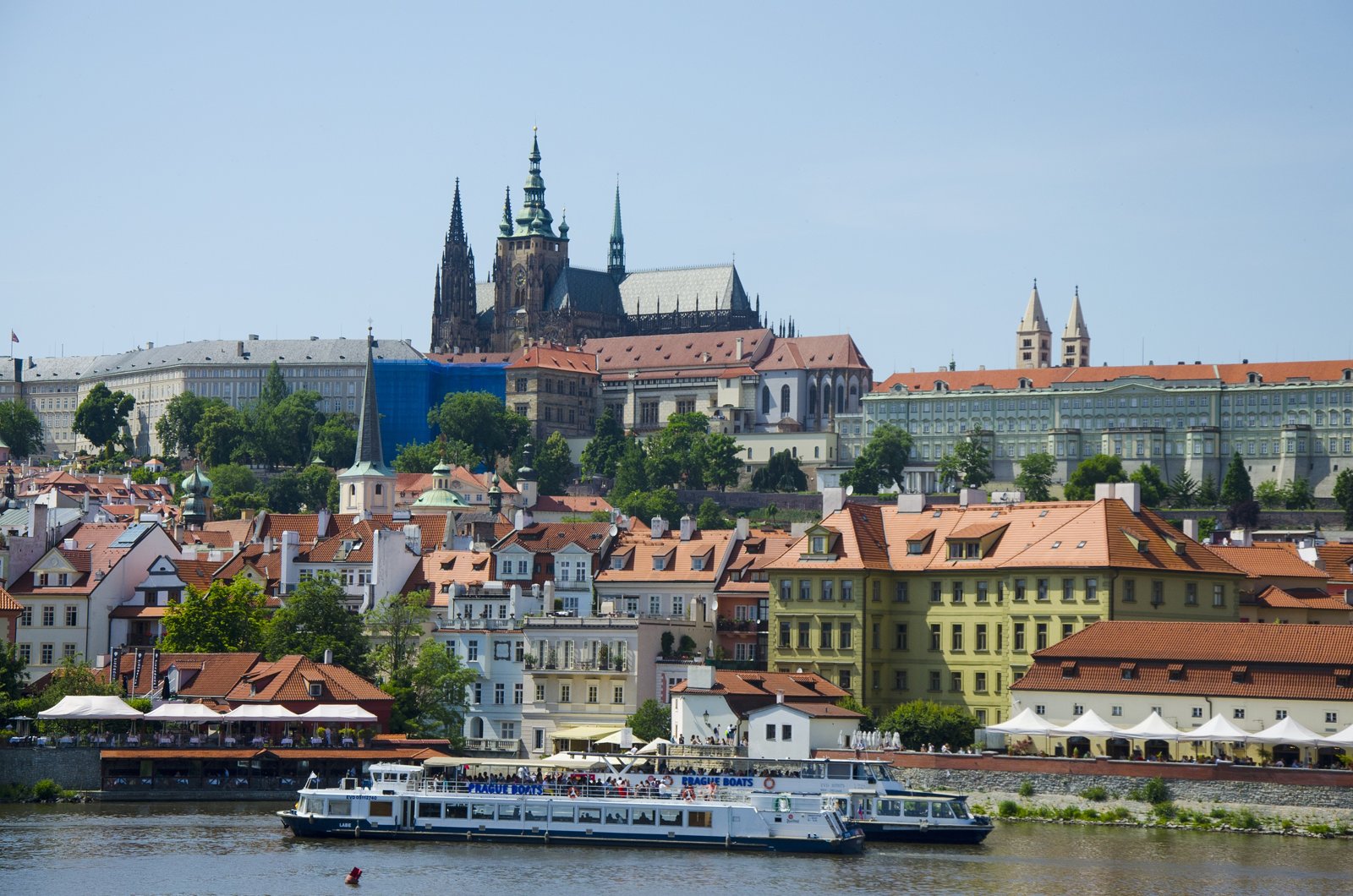 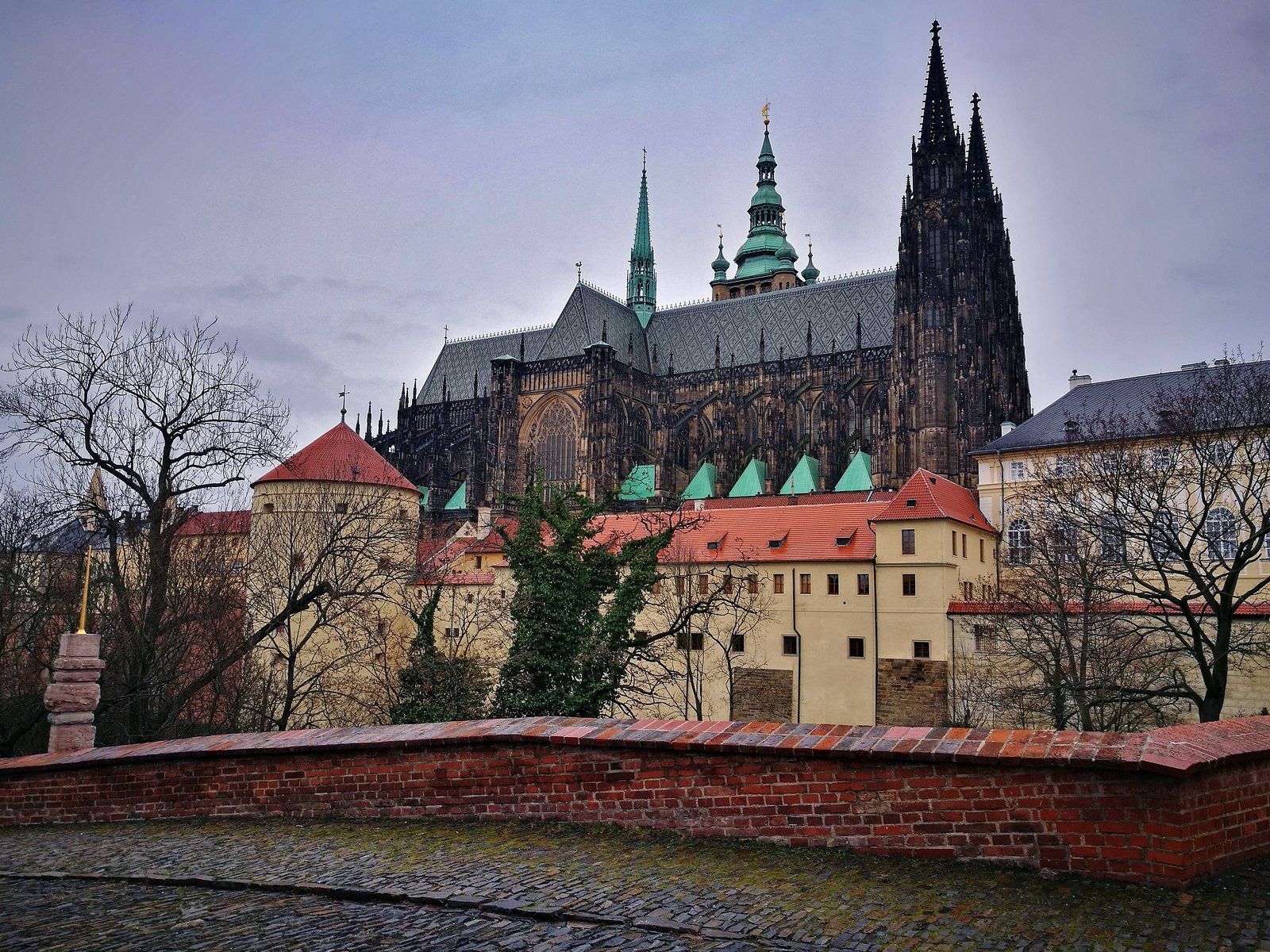 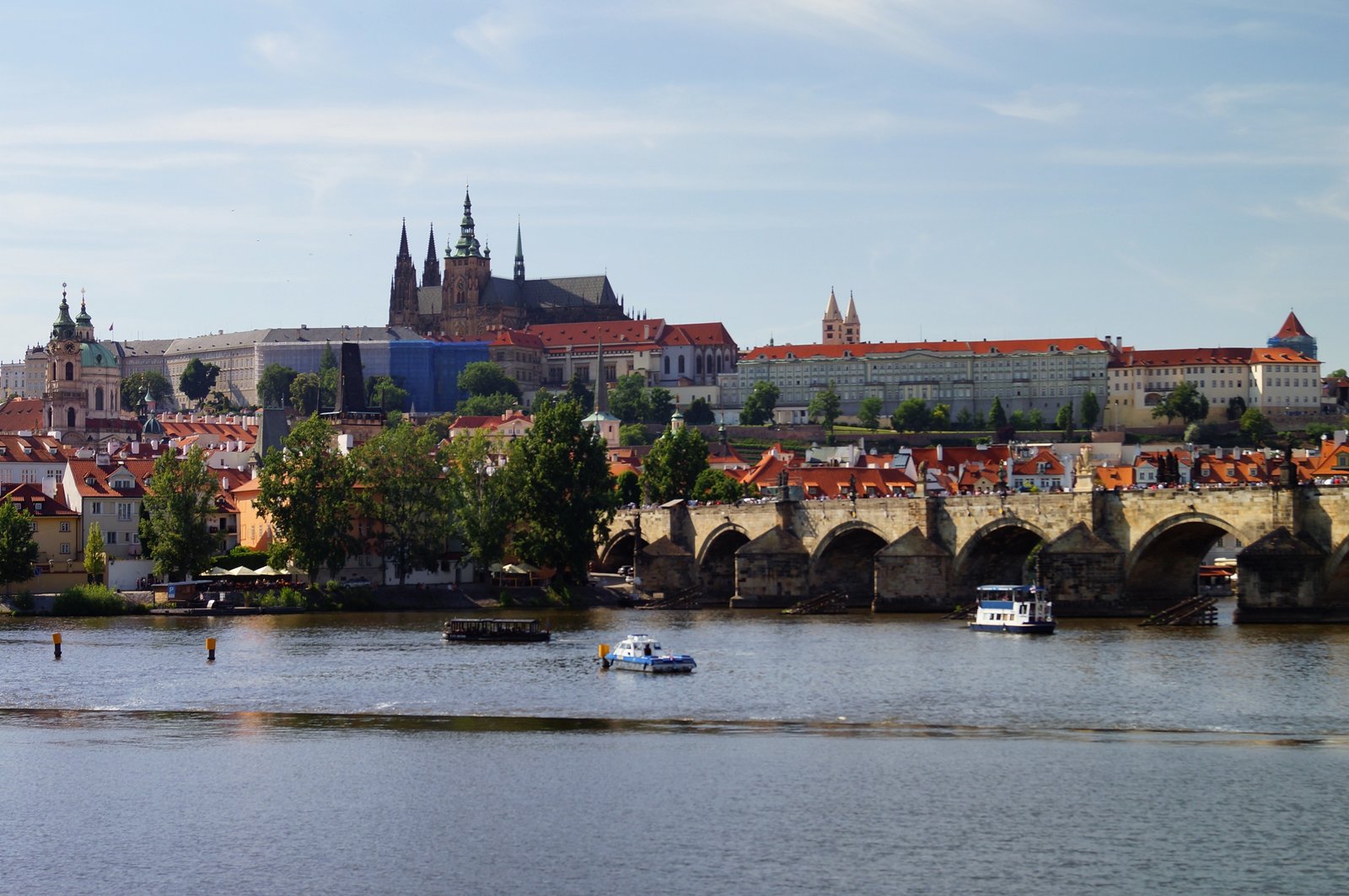 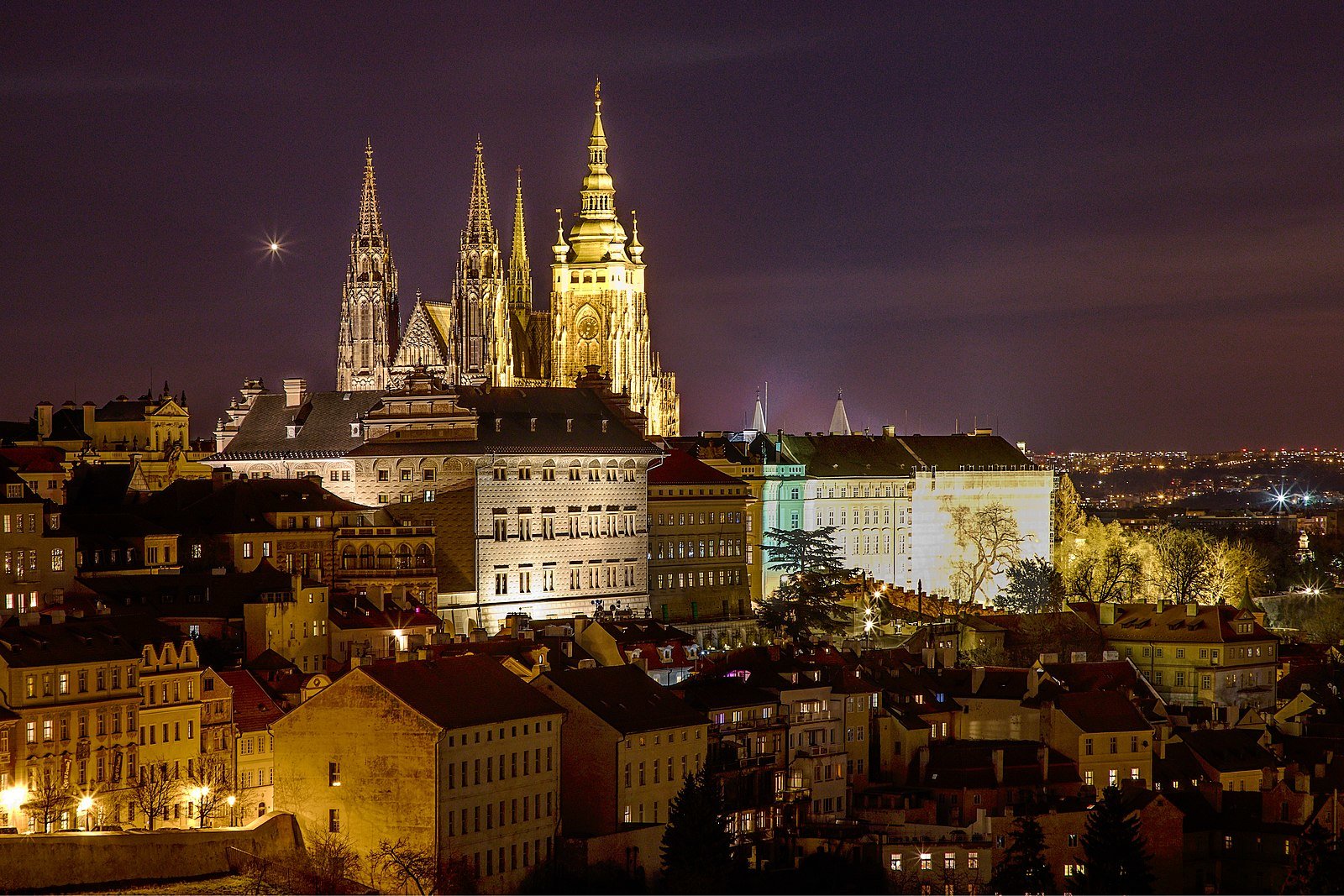 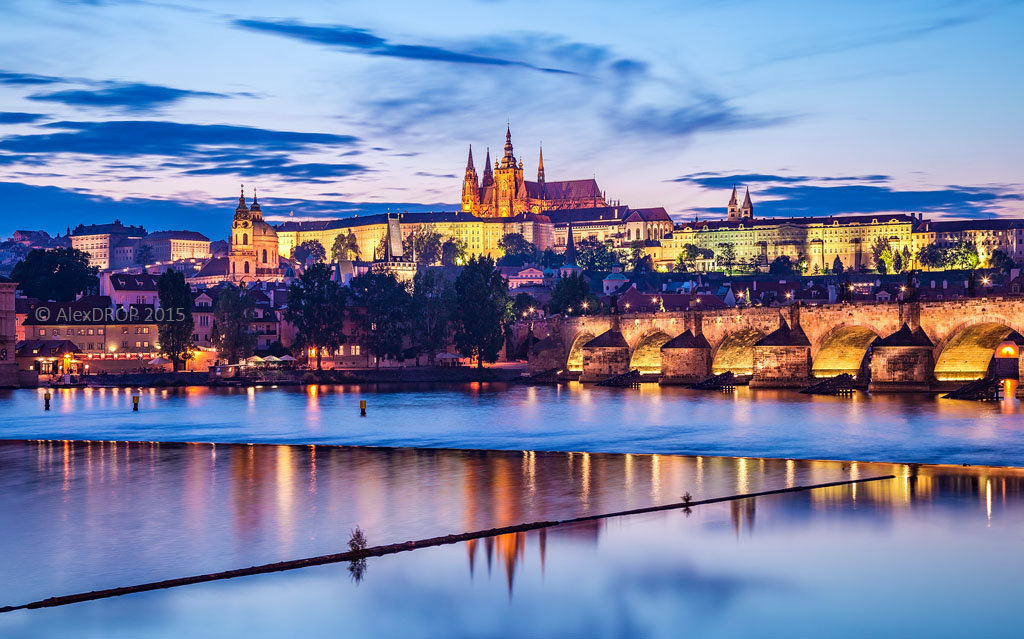 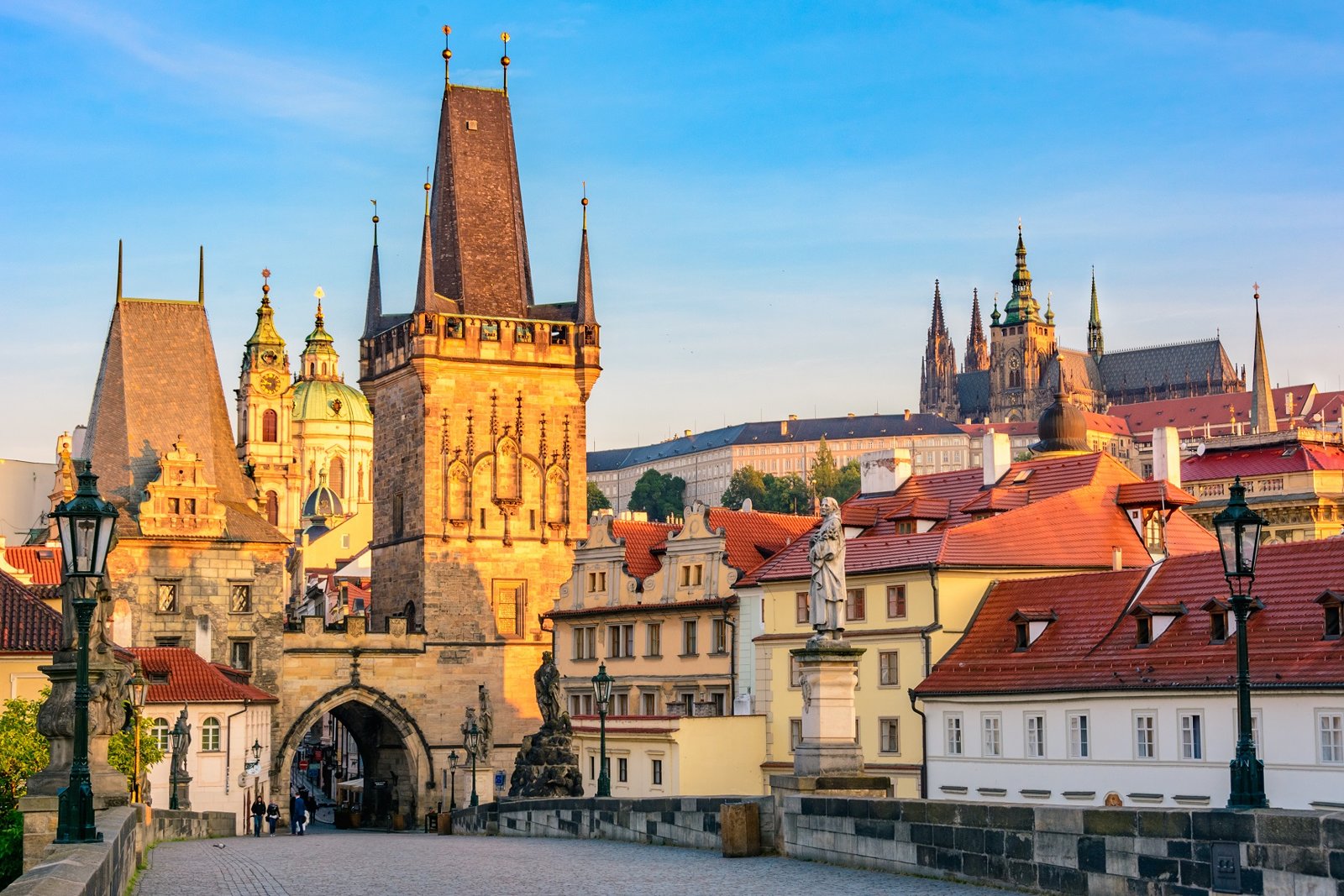 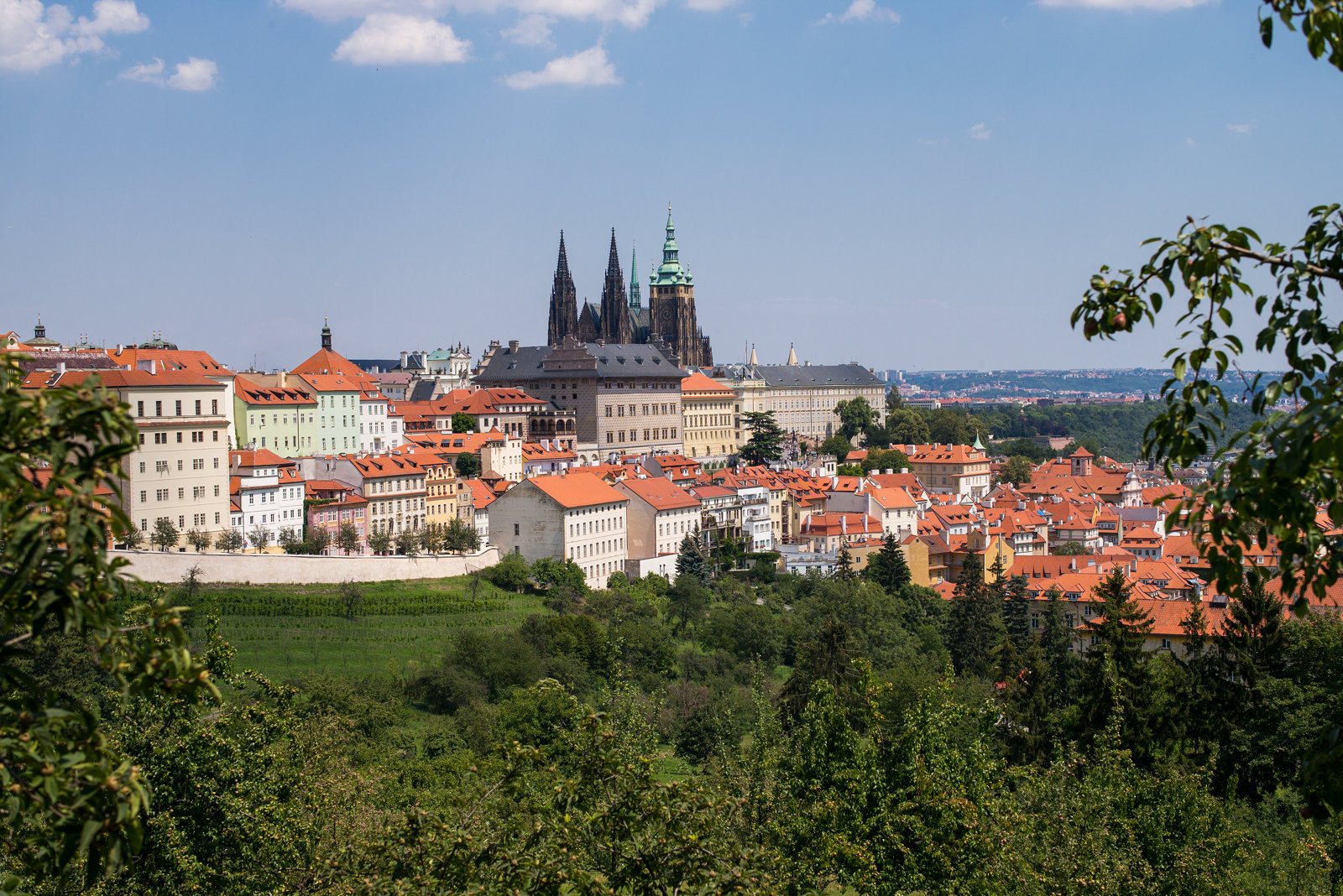 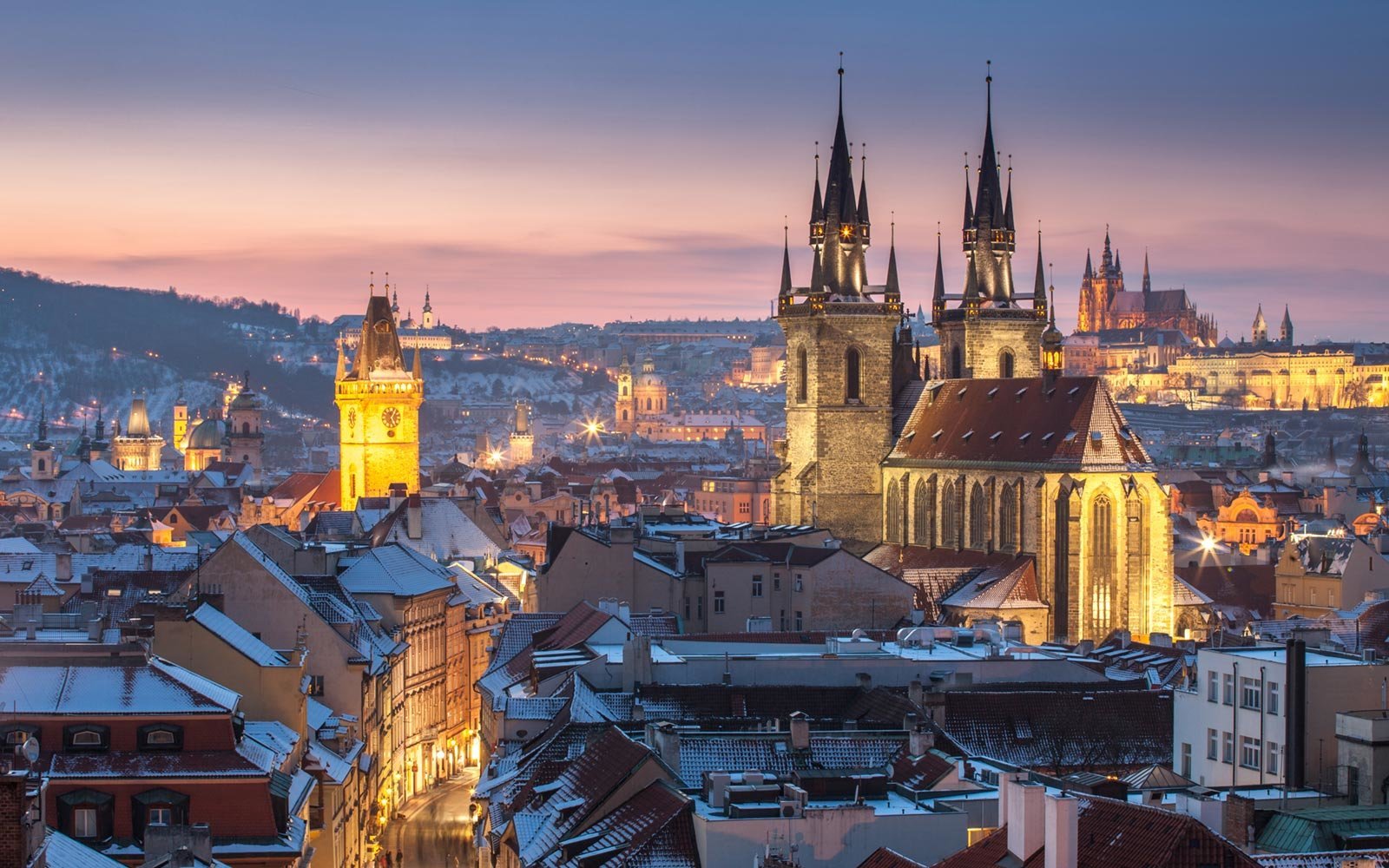 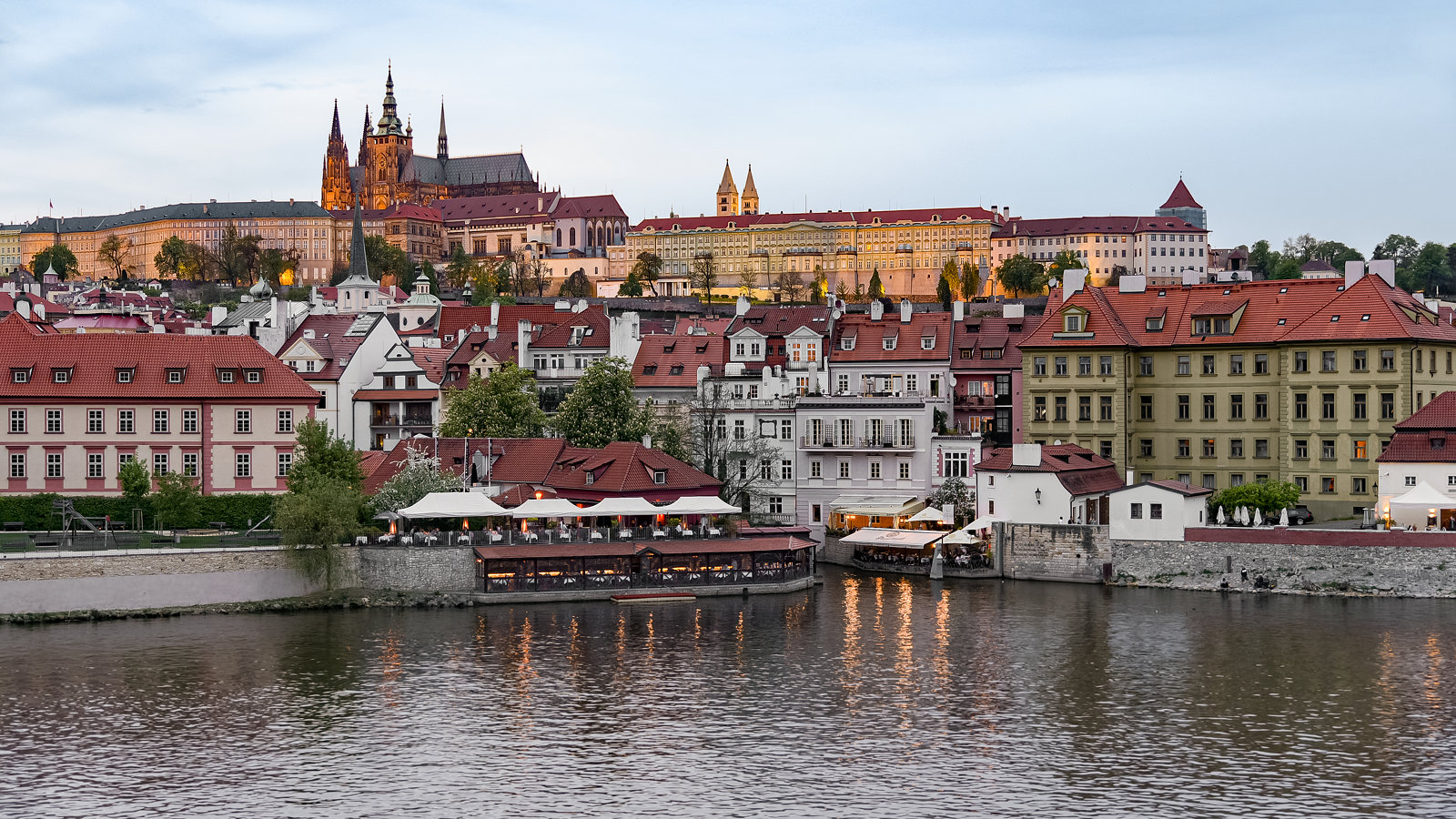 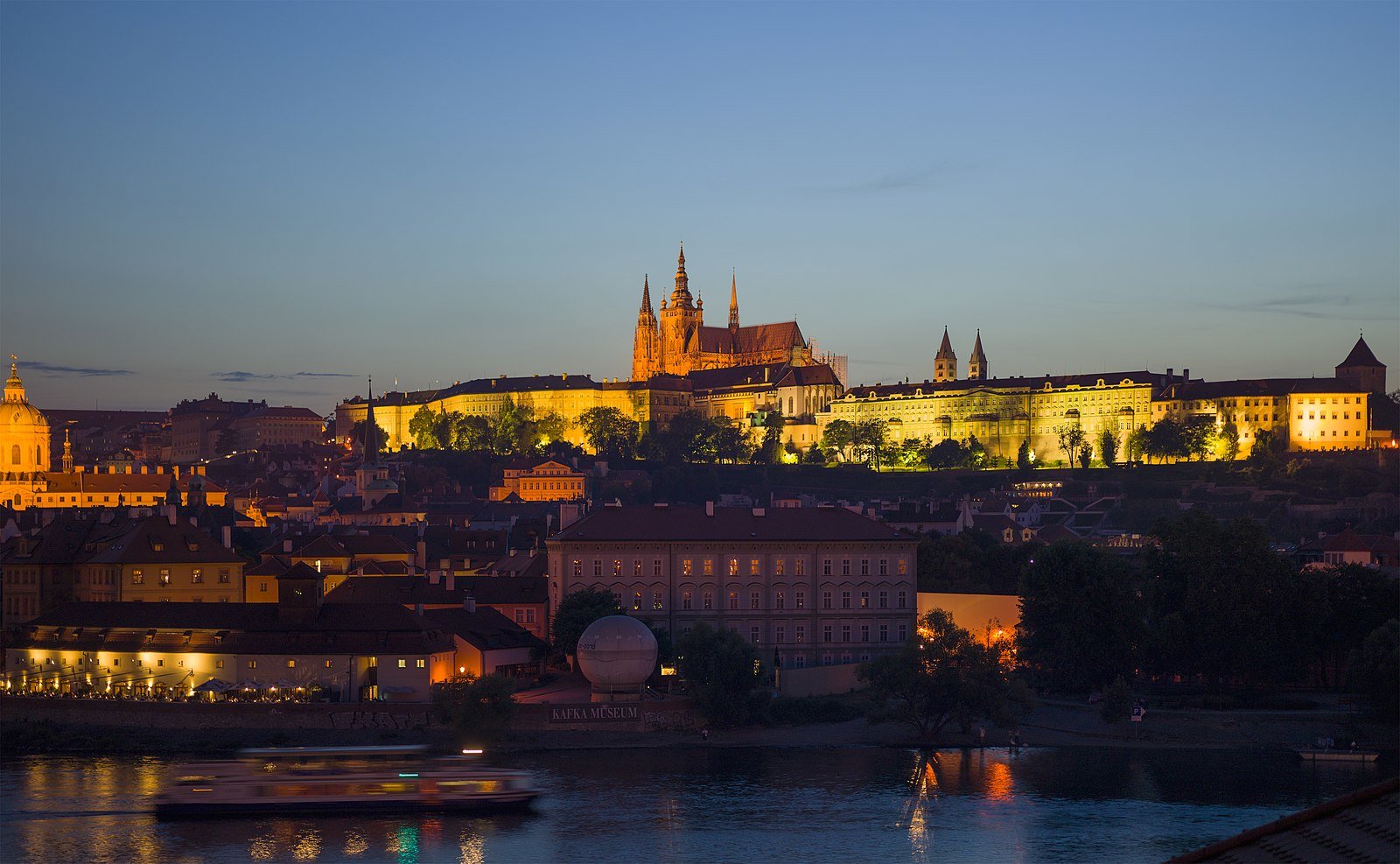 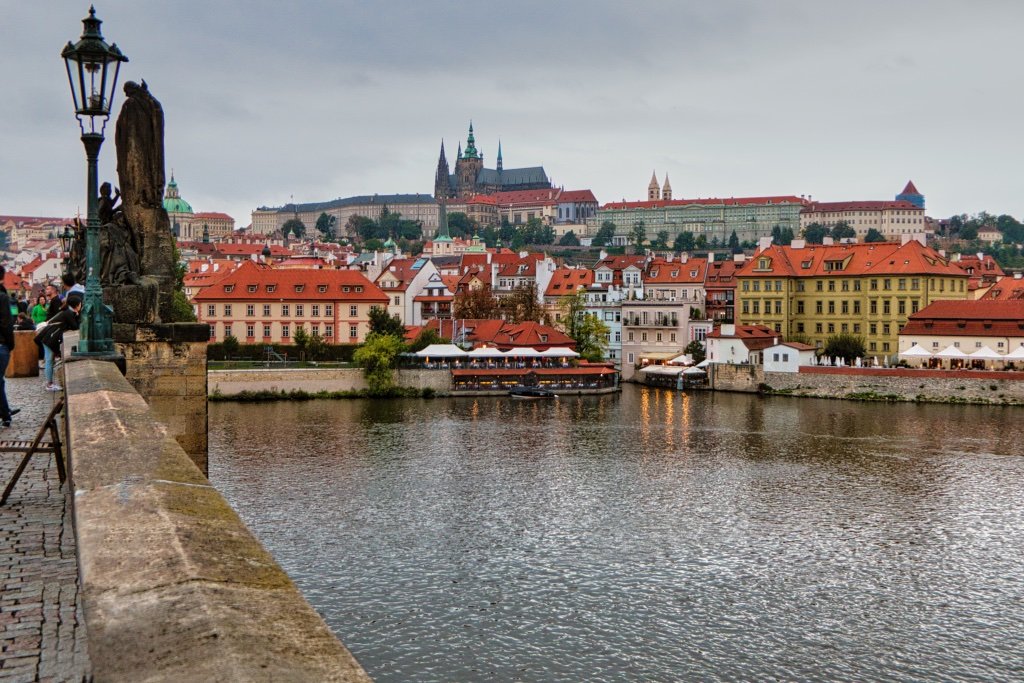 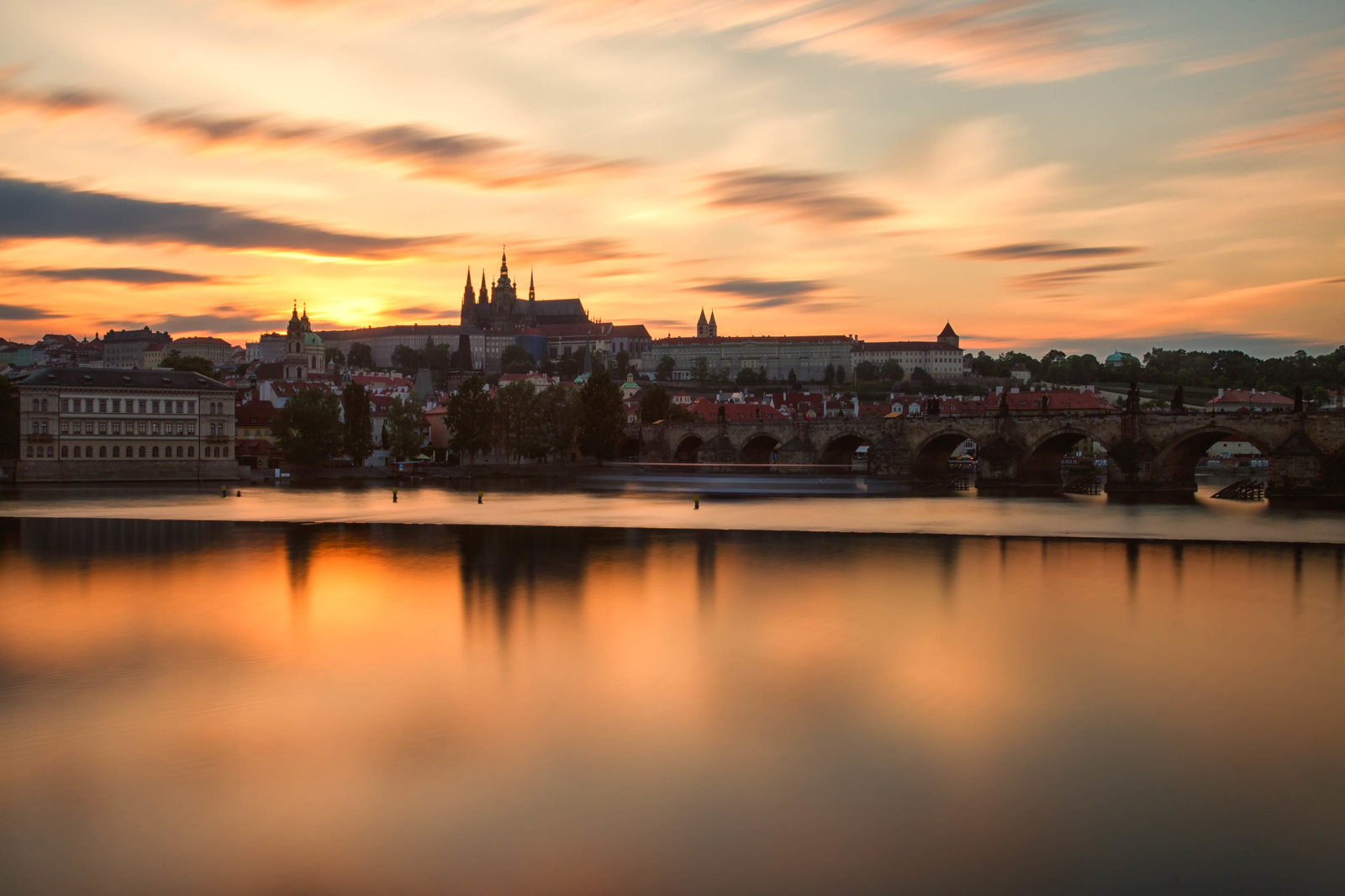 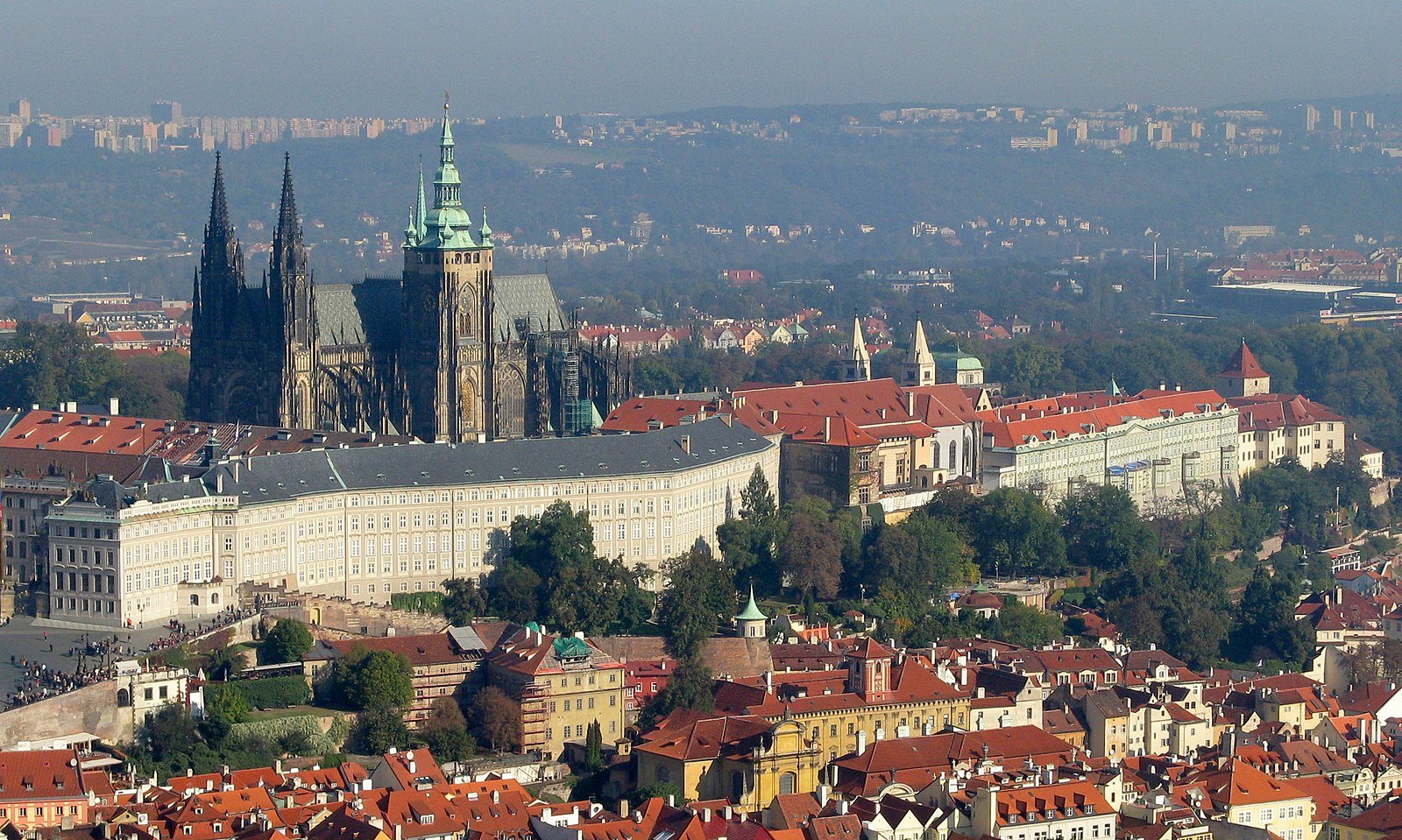 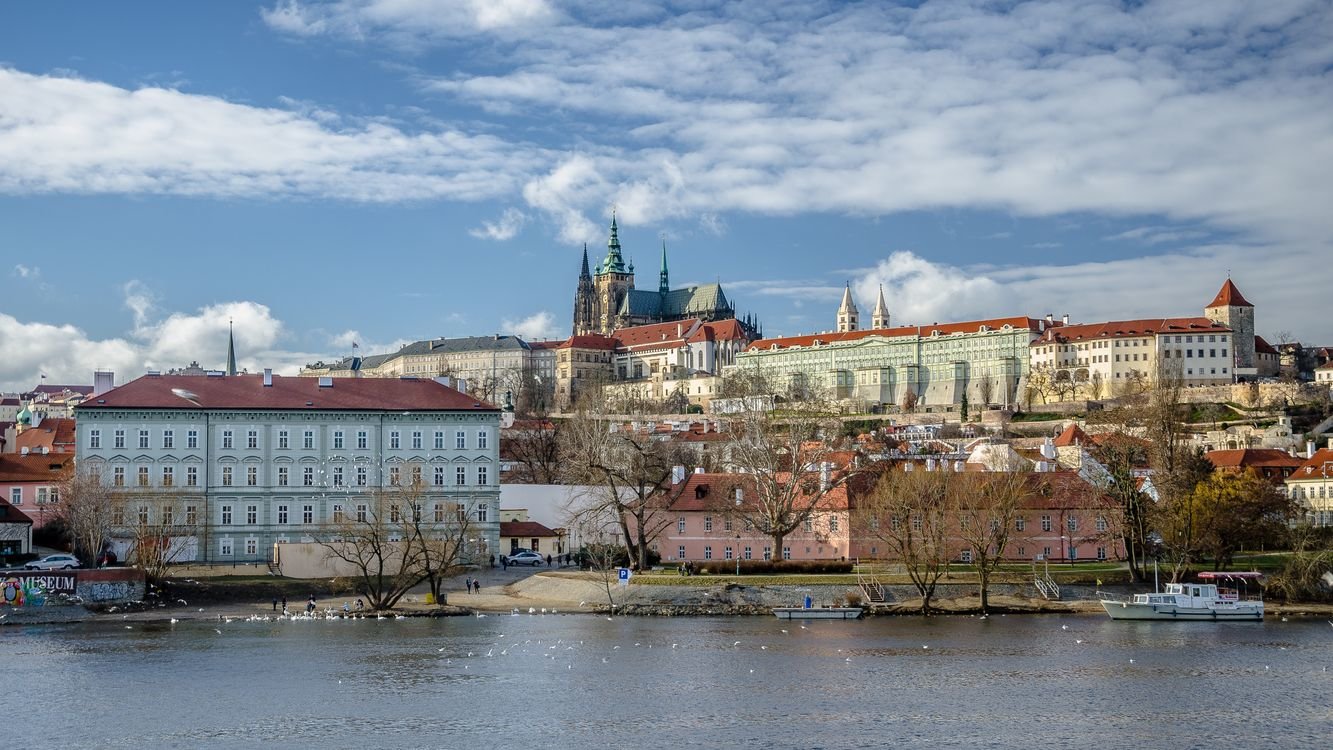 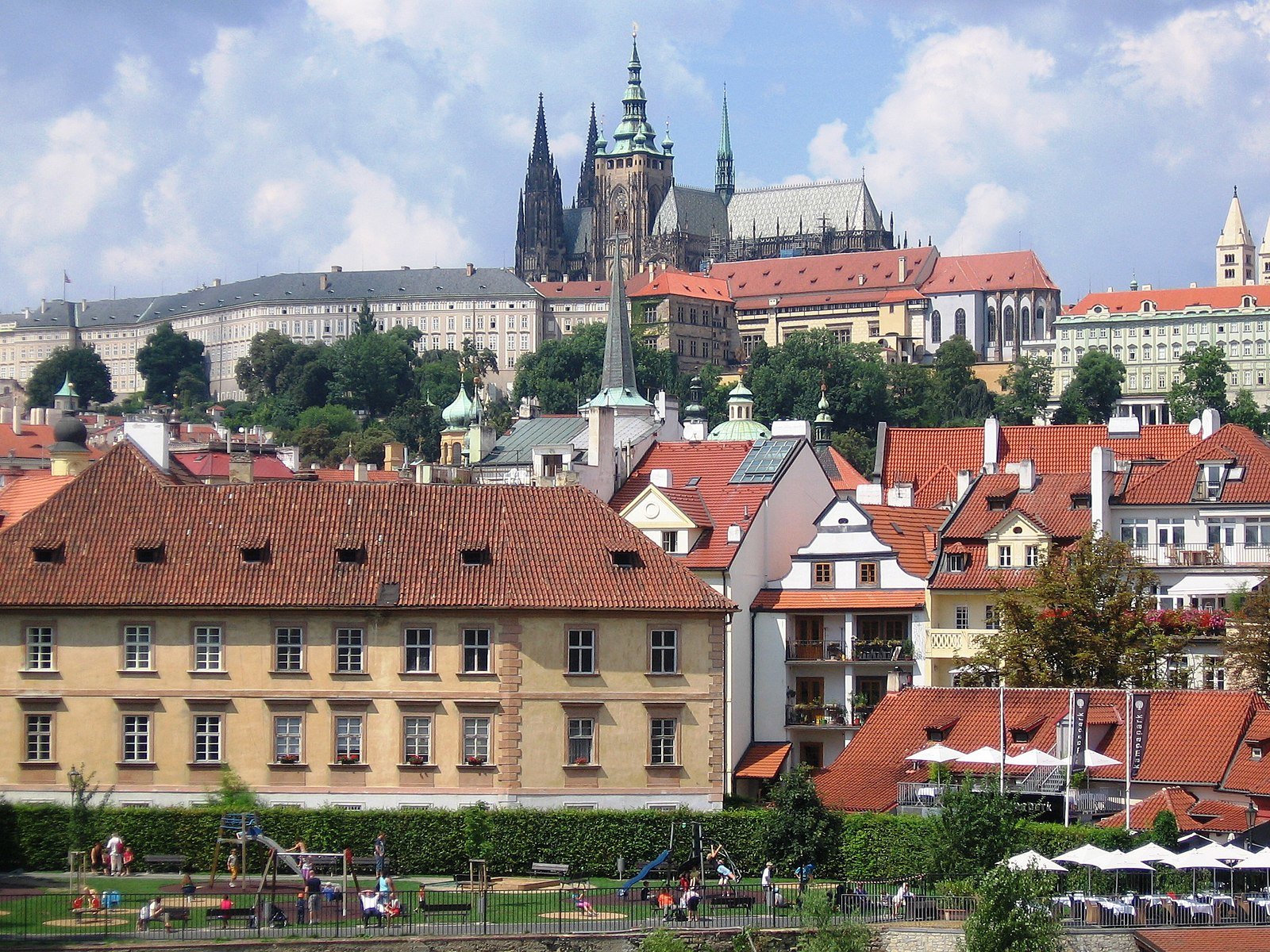 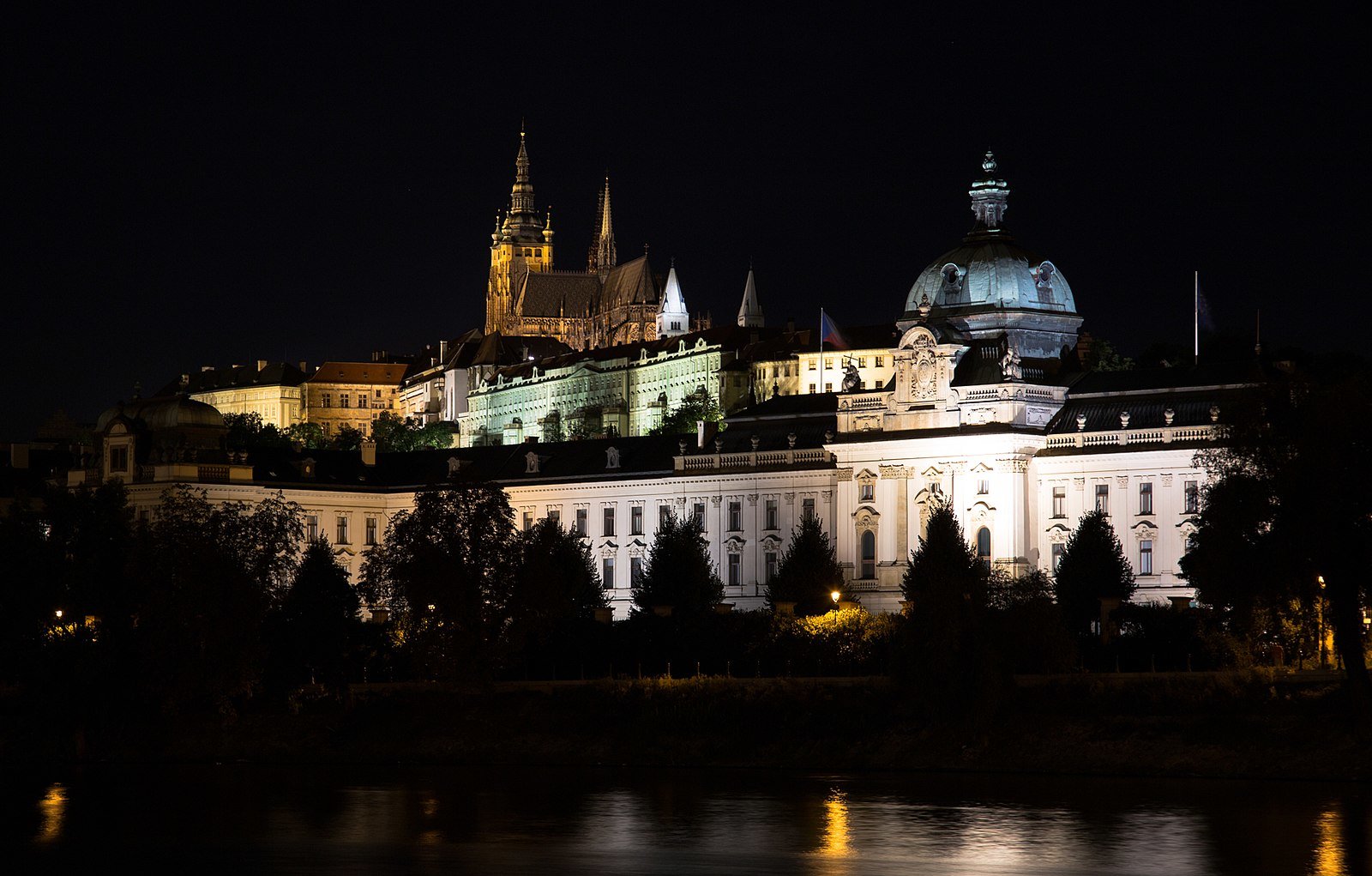 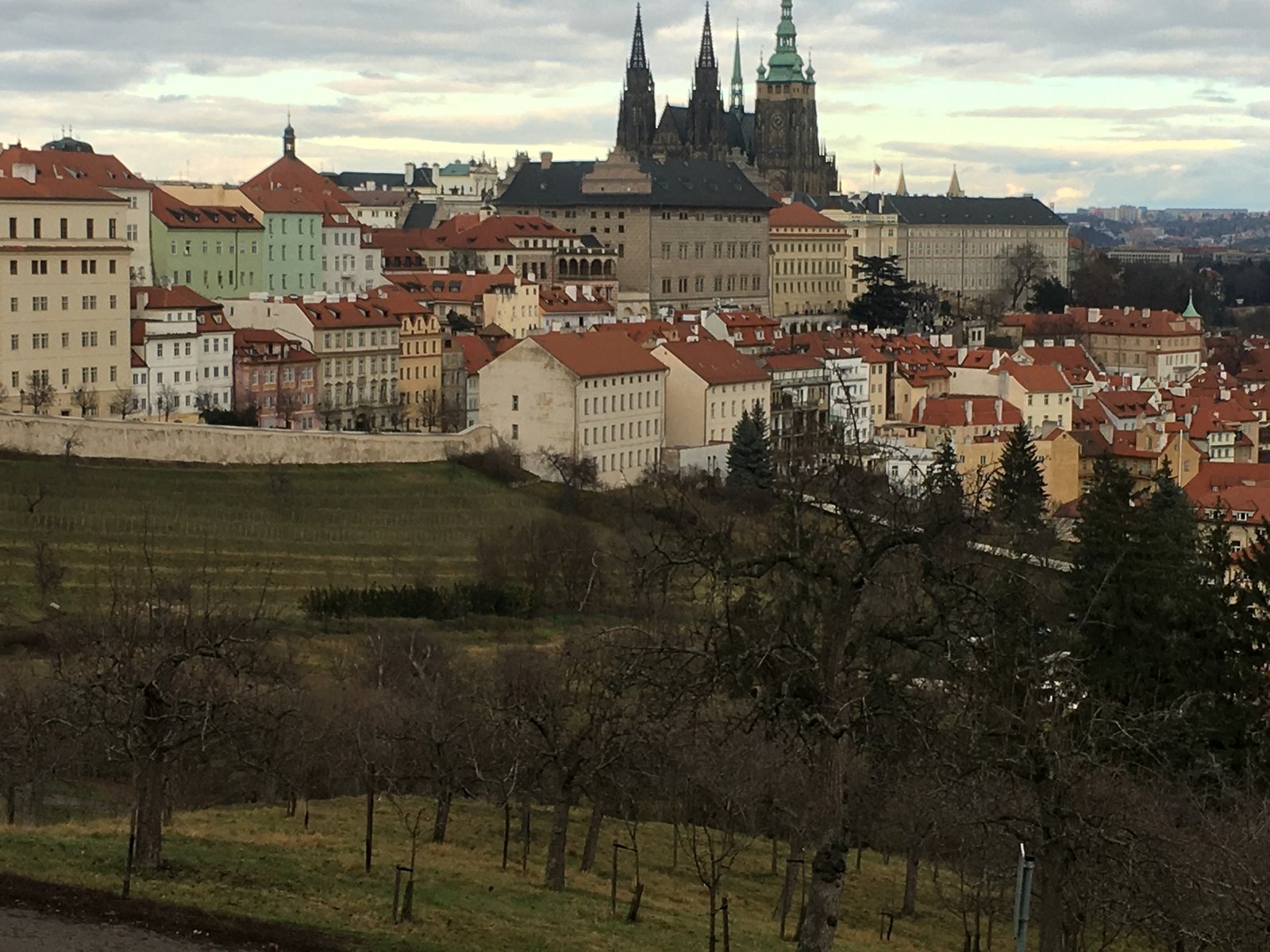