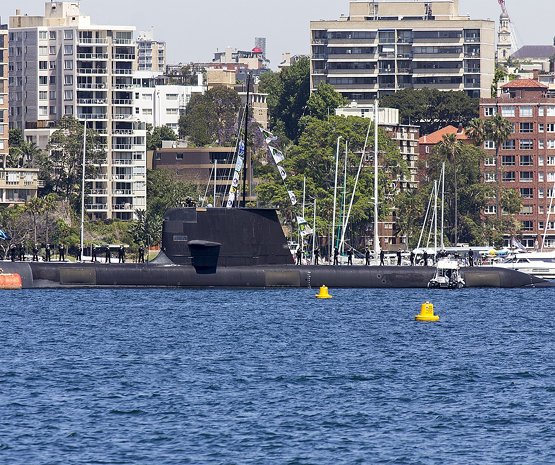 and the Sydney Opera House]]

It is used during the New Years Eve Fireworks and the start of the Sydney to Hobart yacht race.

The land around Port Jackson was occupied at the time of European discovery and colonisation by various tribes including the Gadigal, Cammeraygal, Eora and Wangal peoples. The Gadigal people are said to have occupied the land stretching along the south side of Port Jackson from what is now South Head, in an arc west through to Petersham. The Cammeraygal lived on the northern side of the harbour. The area along the southern banks of the Parramatta River, west of Petersham to Rose Hill, was reported to belong to the Wanegal. The Eora people lived on the southern side of the harbour, close to where the First Fleet settled.

The first recorded European discovery of Sydney Harbour, was by Lt James Cook in 1770 - Cook named the inlet after Sir George Jackson, (one of the Lord Commissioners of the British Admiralty, and Judge Advocate of the Fleet). His ship's log notation states "at noon we where...about 2 or 3 miles from the land and abrest of a bay or harbour within there appeared to be a safe anchorage which I called Port Jackson."

Eighteen years later, on 21 January 1788, after arriving at Botany Bay, Governor Arthur Phillip took a longboat and two cutters up the coast to examine Cook's Port Jackson. Phillip first stayed over night at Camp Cove, then moved down the harbour, landing at Sydney Cove and then Manly Cove before returning to Botany Bay on the afternoon of the 24th.

Phillip returned to Sydney Cove in H.M. Armed Tender Supply on the 26th January 1788, where he established the first colony in Australia, later to become the city of Sydney.

In his first dispatch from the colony back to England, Governor Phillip noted that "...we had the satisfaction of finding the finest harbour in the world, in which a thousand sail of the line may ride in the most perfect security...".

In 1942, to protect Sydney Harbour from a submarine attack, the 'Sydney Harbour anti-submarine boom net' was constructed. It spanned the harbour from Green (Laings) Point, Watsons Bay to Georges Head, Mosman, which is on the other side of the harbour. On the night of 31 May 1942, three Japanese midget submarines attempted to enter the harbour, one of which became entangled in the western end of the boom net's central section. Unable to free their submarine, the crew detonated charges to destroy it, killing themselves in the process. The anti-submarine boom net was demolished soon after World War II, and all that remains are the foundations of the old boom net winch house, which can be viewed on Green (Laings) Point, Watsons Bay. Today, that Japanese midget submarine remains on static display at the Canberra War Memorial.

A number of former fortifications line Sydney Harbour, some of which are now heritage listed. The earliest date from the 1830s, and were designed to defend Sydney from seaborn attack or convict uprisings. There are four historical fortifications located between Taronga Zoo and Middle Head, Mosman, they are: the Middle Head Fortifications, the Georges Head Battery, the Lower Georges Heights Commanding Position and a small fort located on Bradleys Head, known as the Bradleys Head Fortification Complex. The forts were built from sandstone quarried on site and consist of various tunnels, underground rooms, open batteries and casemated batteries, shell rooms, gunpowder magazines, barracks and trenches.

Geologically, Port Jackson is a drowned river valley, or ria. It is 19 km long with an area of 55 km². The estuary's volume at high tide is 562,000 megalitres. The perimeter of the estuary is 317 kilometres.

According to the Geographical Names Board of New South Wales, Port Jackson is "a harbour which comprises all the waters within an imaginary line joining North Head and South Head. Within this harbour lies North Harbour, Middle Harbour and Sydney Harbour." These three harbours extend from the single entrance (known as Sydney Heads (North and South Heads)). North Harbour is the shortest, and is really just a large bay extending to Manly. Middle Harbour extends to the north-west. It is bridged at The Spit and Roseville. Its headwaters lie in Garigal National Park. The longest arm, Sydney Harbour, extends west as far as Balmain, where it is fed by the estuaries of the Parramatta and Lane Cove rivers. Port Jackson is bridged by the Sydney Harbour Bridge and the ANZAC Bridge (formerly known as the Glebe Island Bridge). A tunnel, the Sydney Harbour Tunnel passes underneath the Harbour, to the east of the bridge, and in 2005 it was proposed that a third harbour crossing, this time a railway line, be constructed to the west of the bridge. The harbour is heavily embayed. The bays on the south side tend to be wide and rounded, whereas those on the north side are generally narrow inlets. Sydney's major central business district begins at Circular Quay, a small bay on the south side that has, over time, had its semicircle reclaimed by land to the point where it is a rectangular quay. The northern side of the harbour is mainly used for residential purposes.

The waterways of Port Jackson are managed by the New South Wales Maritime Authority.

There are several islands within the harbour, including Shark Island, Clark Island, Fort Denison, Goat Island, Cockatoo Island, Spectacle Island, Snapper Island and Rodd Island. Some other former islands, including Bennelong Island, Garden Island and Berry Island, have subsequently been linked to the shore by land reclamation.

Sydney Ferries is a state-owned corporation of the New South Wales Government providing commuter and tourist ferry services in Sydney Harbour. Most ferry wharves, aside from those concentrated around the Central Business District, lie on the northern banks of the harbour, or on the southern bank, east of the Harbour Bridge. There is a lesser concentration of ferry wharves in the western areas of the harbour.

A service runs to Parramatta, along the Parramatta River, which is serviced by the RiverCat vessels, a large catamaran type ferry suitable for the low depths of the river at it's navigable extremity.

In addition to the state owned ferry service, private ferry operators run a fast commuter service between Manly and the city during peak times. This was previously operated by the State Government, however control of this route was handed to Bass and Flinders, a private operator, in 2009 due to difficulties on the part of Sydney Ferries in providing a reliable or punctual service.

Finally, a small number of water taxi and water limousine operators are active on the harbour, offering transport to individuals and groups who do not wish to travel by ferry. These water taxis are not restricted by timetables or specific routes, and can also provide a service to or from private wharfs and houses on the waterfront.

A Sydharb is a unit of volume used in Australia for water. One sydharb (or sydarb), also called a Sydney Harbour, is the amount of water in the Sydney Harbour (Port Jackson): approximately 500 gigalitres (about 400,000 acre-feet).

Tips & Hints
Arrange By:
Popular first New first
There are no tips nor hints for Port Jackson yet. Maybe be you will be the first one to post useful information for fellow travellers? :)
7.5/10
3,479 people have been here
I've been here
Add to wishlist

The Royal Botanic Gardens in Sydney, Australia, are the most central

The Art Gallery of New South Wales (AGNSW), located in The Domain in

Kirribillii Lookout is a tourist attraction, one of the Scenic 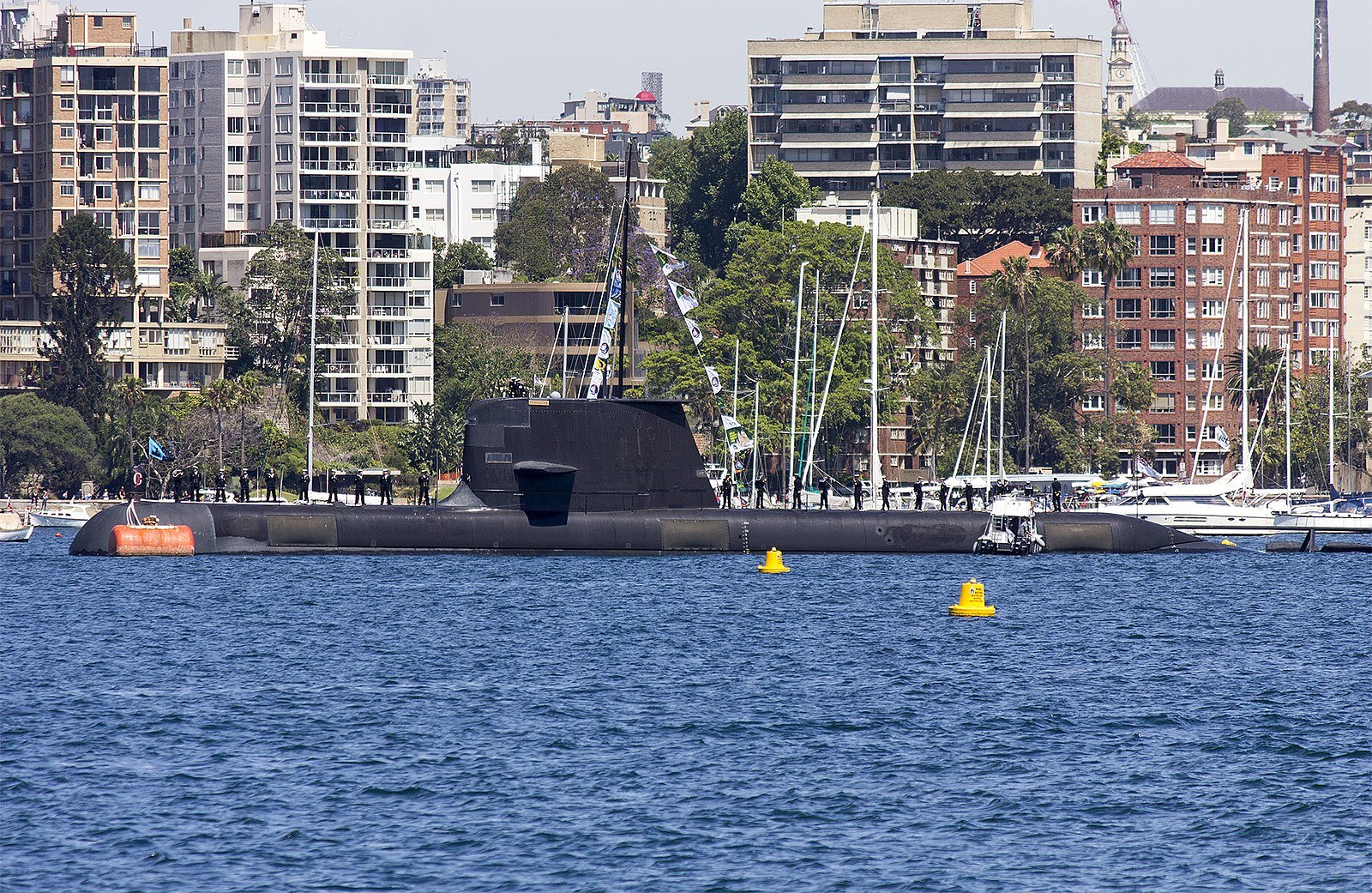 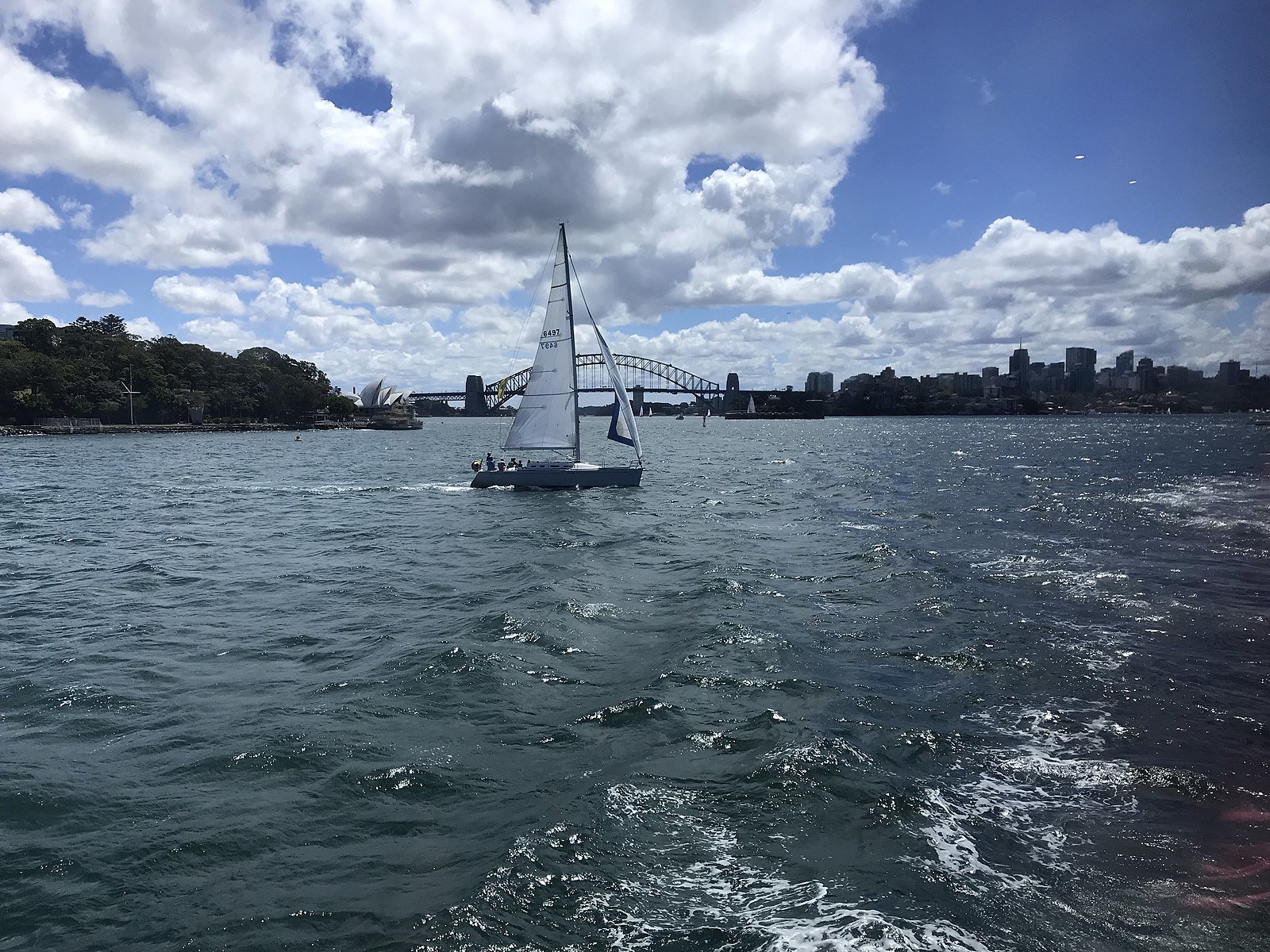