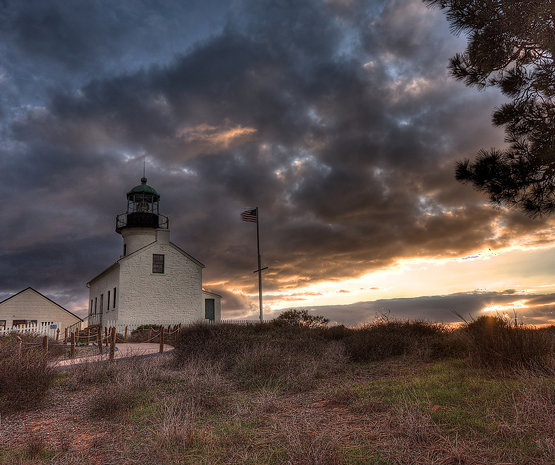 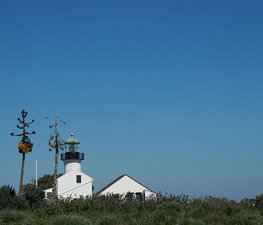 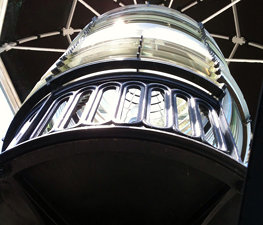 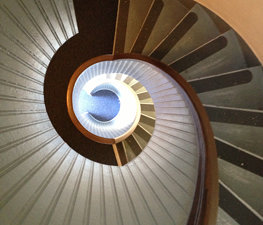 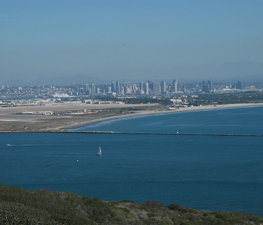 The original Point Loma Lighthouse was built on top of Point Loma at the mouth of San Diego Bay in San Diego, California. It is situated in the Cabrillo National Monument.

Construction began on the lighthouse in early 1854 and was completed in November 1855. The light was first lit on November 15, 1855. On March 23, 1891 the flame was permanently extinguished, since occasional fogs rendered the lighthouse useless and the Point Loma Light (new) was built that year. In 1984, the light was re-lit by the National Park Service for the first time in 93 years, in celebration of the site’s 130th birthday.

Written by Harmon Lougher, Chief Photographer’s Mate, U. S. Coast Guard prior to 1973 "The long neck of land enclosing North San Diego Bay on the West side is known as Point Loma. The origin of the name comes from a legend of a flaxen haired little Russian girl, the sole survivor of a shipwreck, who was found wandering on shore. The local residents took her in and named her Loma and she grew up to become the cynosure of many ardent male eyes. A rejected suitor slew the girl and fled to the point where he met his rival on a narrow trail above the sea. A knife fight ensued and the men fell to their death on the rocks below. Legend has it that Point Loma was named after this girl. Actually the word ‘Loma’ in Portuguese means light." (NOTE: Mr. Lougher was mistaken about this. "Loma" is a Spanish word meaning "hill". The original name of the peninsula was "La Punta de la Loma de San Diego", meaning Hill Point of San Diego. This was later anglicized to Point Loma.)

"Old Point Loma Light--the first lighthouse to be erected in Southern California as distinguished from the present Point Loma Light--was constructed in 1851 and presently being preserved as a memorial. Not used for lighthouse purposes since 1891, the old tower, was set aside by President Wilson in 1913 as a national monument and is now cared for by the U.S. Park Service. The old tower was abandoned because it was situated 462 feet above the sea. At this unusual height, the light was often obscured by high fogs. A romantic error attributes Old Point Loma Light to Spanish origin. When it was built some old Spanish tiles were used in its cellar floorings. That is the full scope of its Latin ancestry. Talk has it that the Spanish had a beacon on Point Loma in 1701, but it has never been verified."

In 1891 the current iron skeleton tower of the present Point Loma Light was built on the extremity of the point with the light only 88 feet above the water. Point Loma has a 600, 000 candlepower light which can be seen a distance of approximately 15 miles. In addition to the light, there is a two-tone diaphone fog signal, which, when operating in inclement weather, is synchronized with a radio-beacon every three minutes for distance finding. The skeleton frame of the light surrounds an enclosed stairway to the tower platform, where the lantern is located. At the base of the structure is the fog signal building.

Pathways, surrounded by lush green lawns provide access to three family dwellings and one bachelor quarters. The area is enclosed by a modern concrete block wall. At present, three wives, four children, and five men live in the quarters available."

Today the lighthouse is no longer in service but still stands as a landmark and museum. Visitors may enter the lighthouse and view parts of the living quarters there. Visitors are sometimes greeted by volunteer historical re-enactors such as "Captain Israel", a real historical figure who was lighthouse keeper from 1871 to 1892, or "members of the crew" of Cabrillo's ship. .

Brad Hager
Great visit, certainly worth the time to drive out, & check it out. Good history, explore the life of the light keeper. GREAT views.

Greg Hay
Honestly, one of my favorite places in SD, although I like the tidepools WAY more than the Lighthouse. @lowtide, walk and see some sea life. @hightide, experience the power of the ocean!

Softub
It's a favorite San Diego landmark of mine. It has a fantastic walk- through museum, and is very educational. Watch our for the narrow winding staircase.

Pablo Virzi
One of the most beautiful places in San Diego. Nice and interesting historical place.

Mark Blane
Great views of downtown San Diego (both day and night); also, they have a small museum there on the history of the explorer the lighthouse is named after...

See all hotels See all
The Sofia Hotel

Fort Rosecrans National Cemetery is a federal military cemetery in the

San Diego Air is a tourist attraction, one of the Aero- and space

The Reuben H. Fleet Science Center is a science museum and planetarium

The Bass Rock, or simply The Bass, is an island in the outer part of

The Yaquina Head Light, also known early in its existence as the Cape 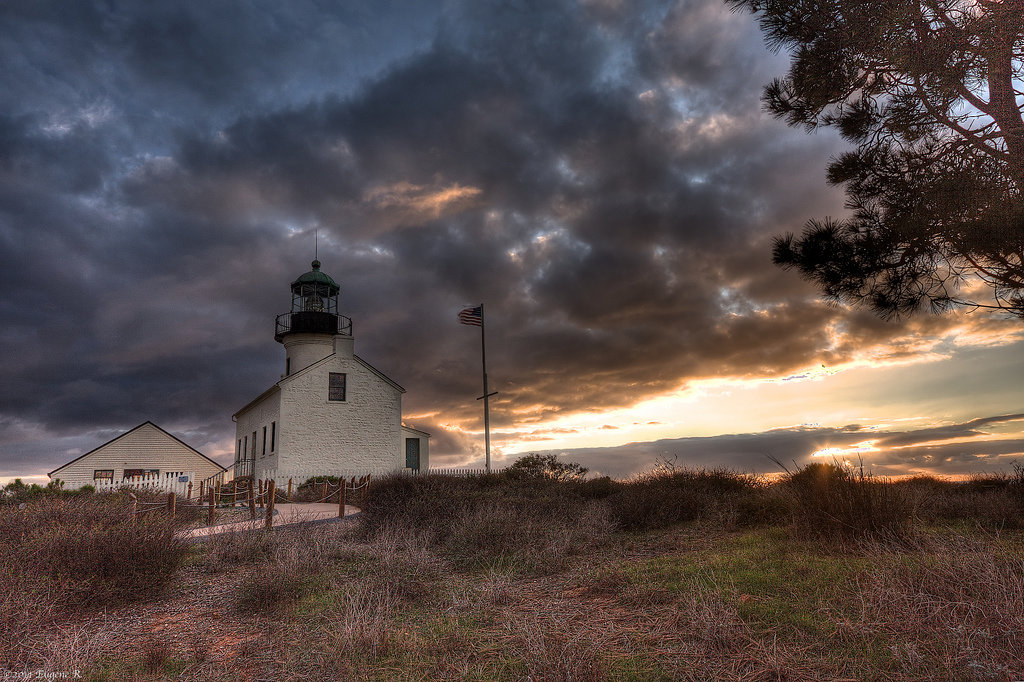 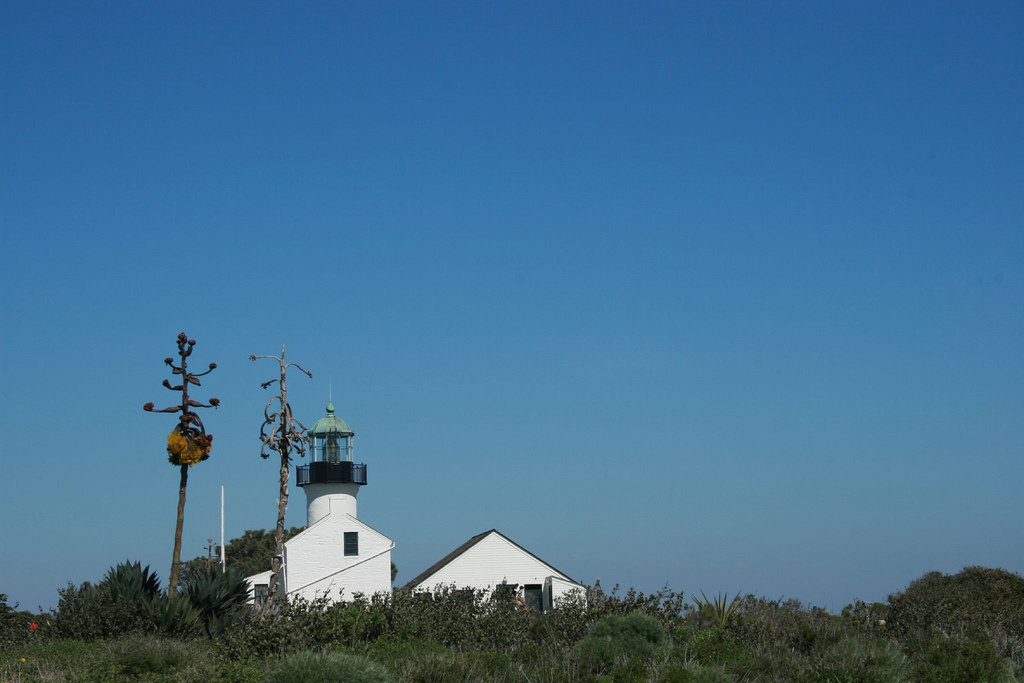 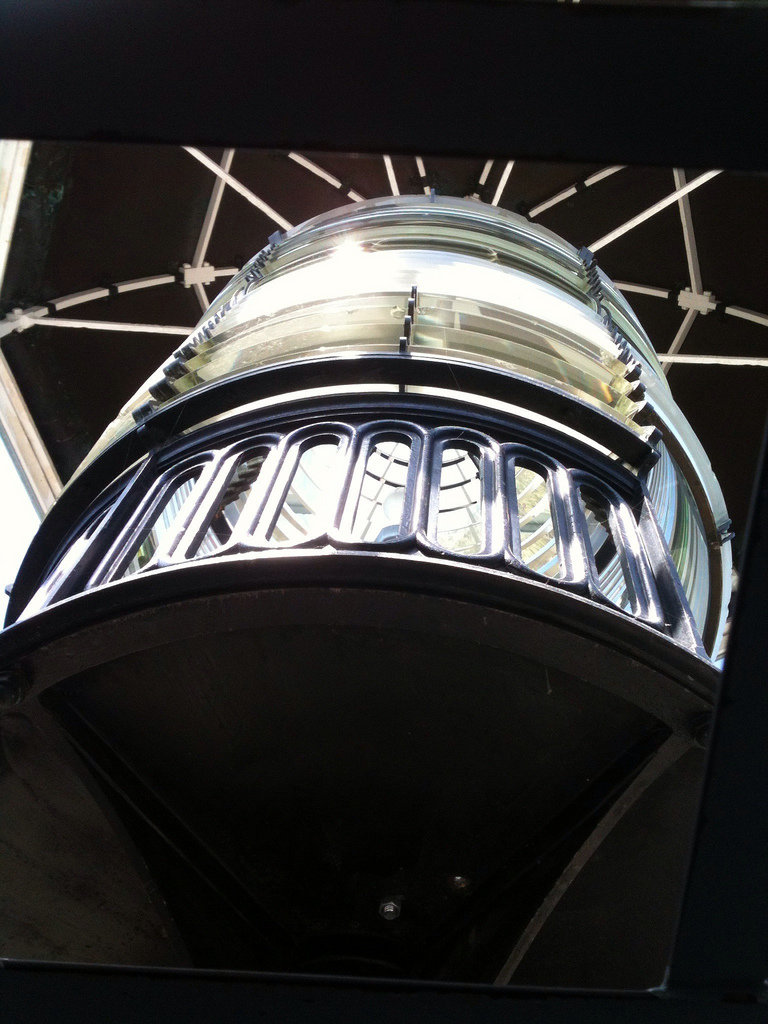 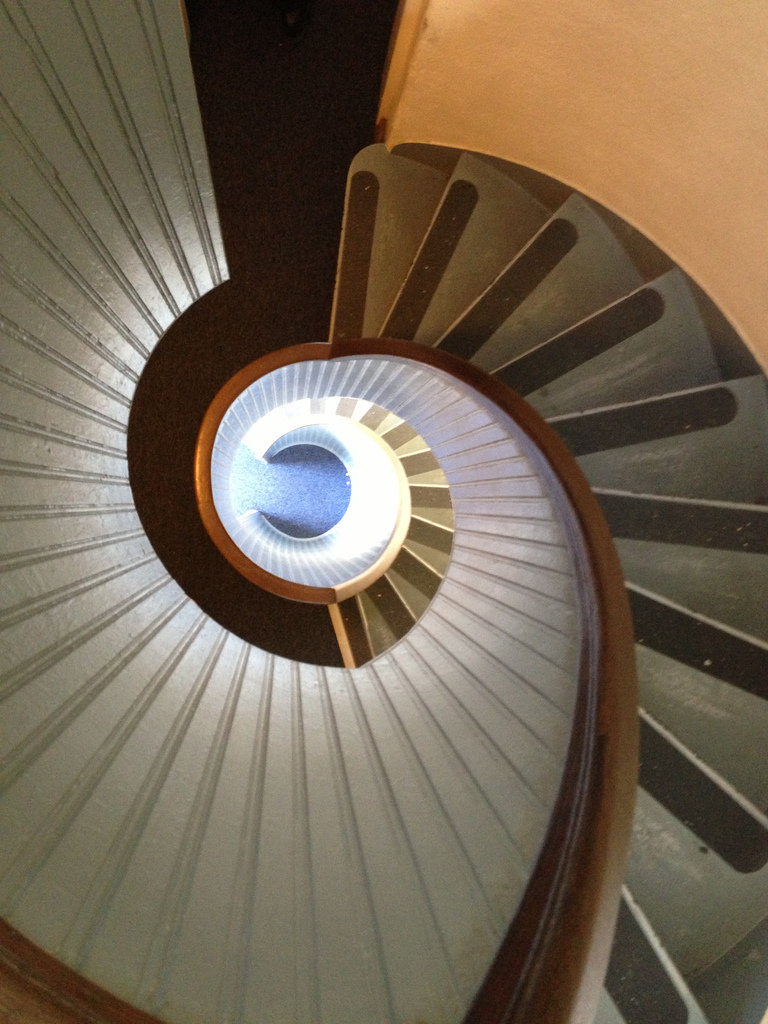 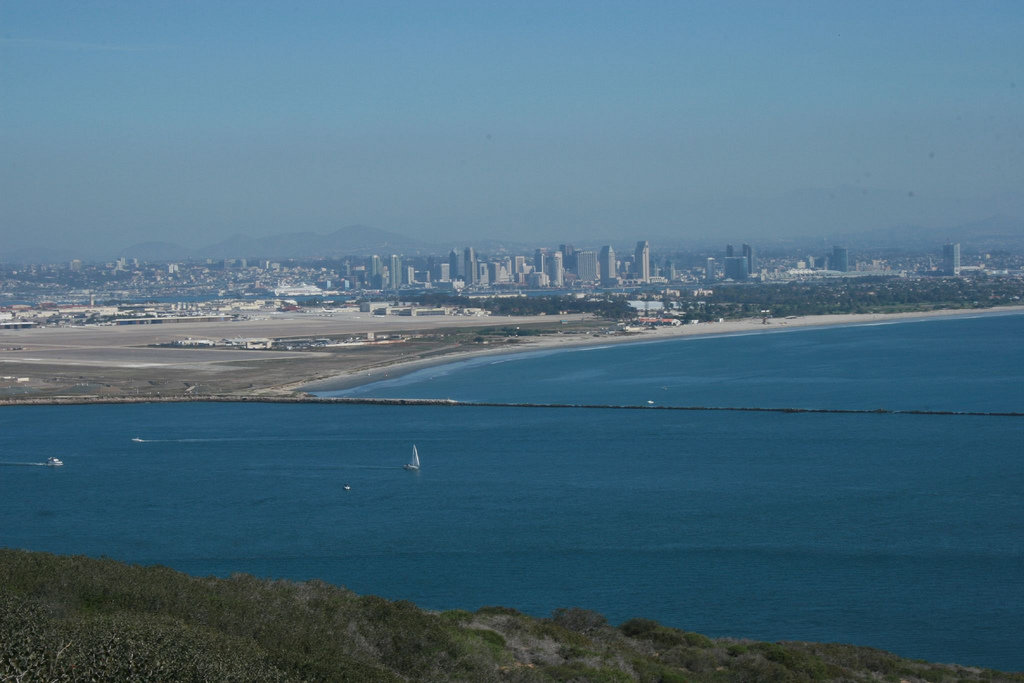 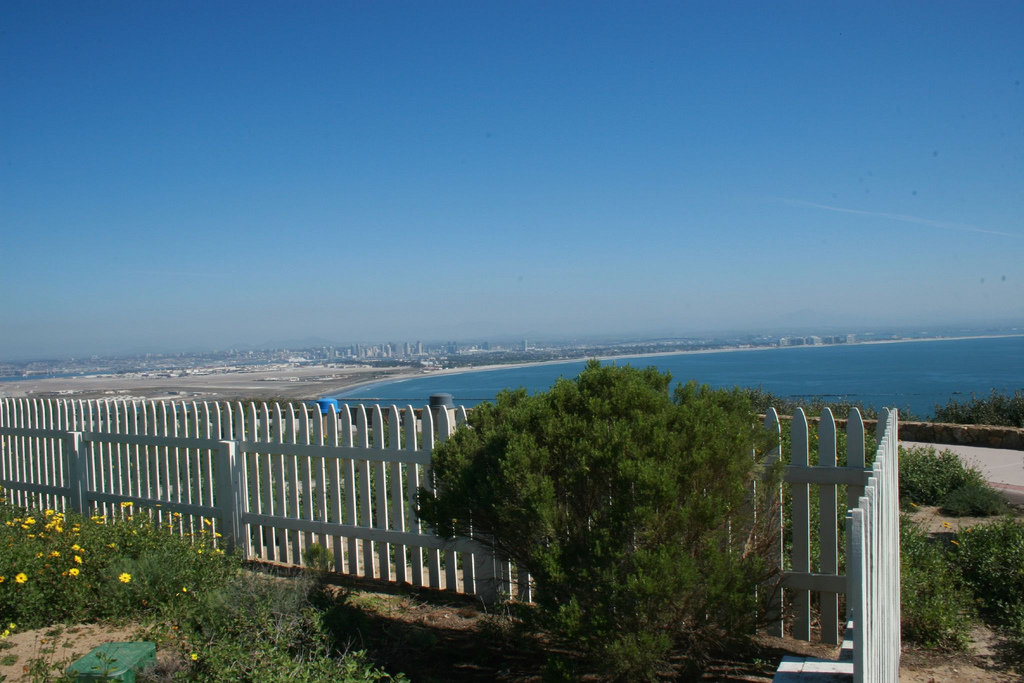 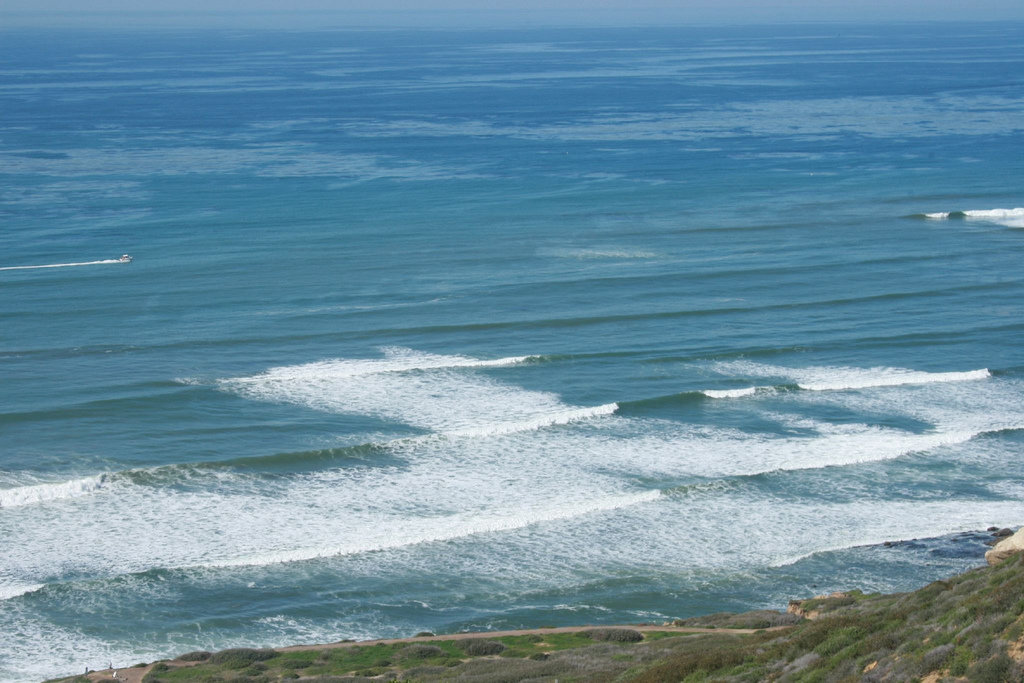 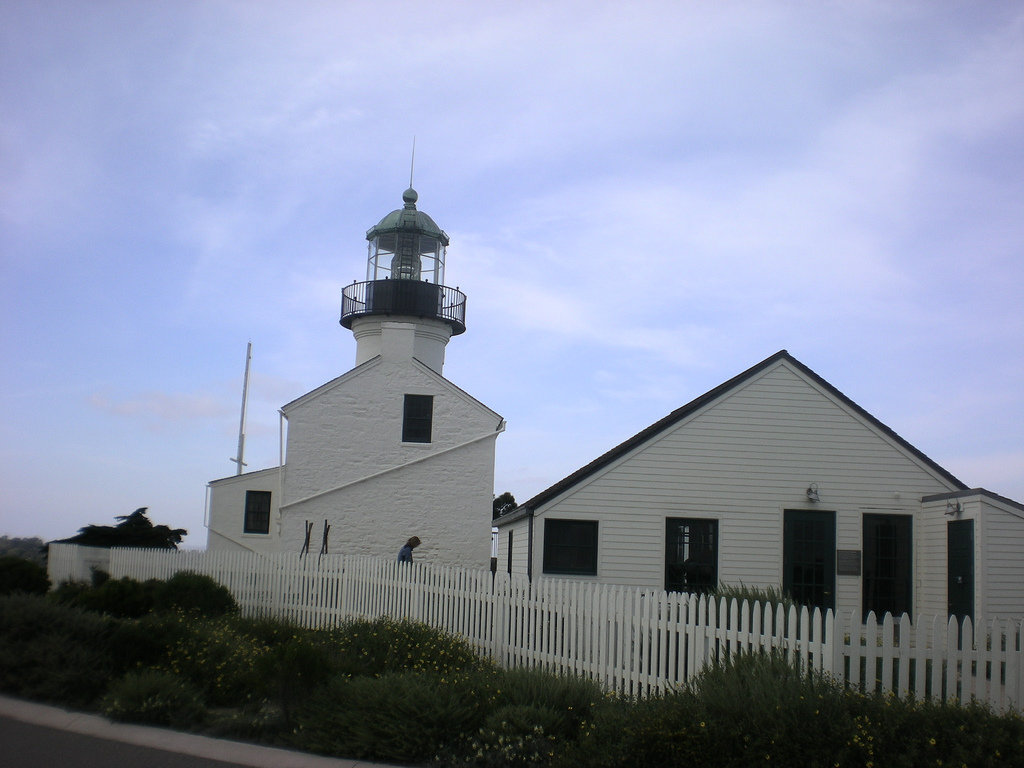 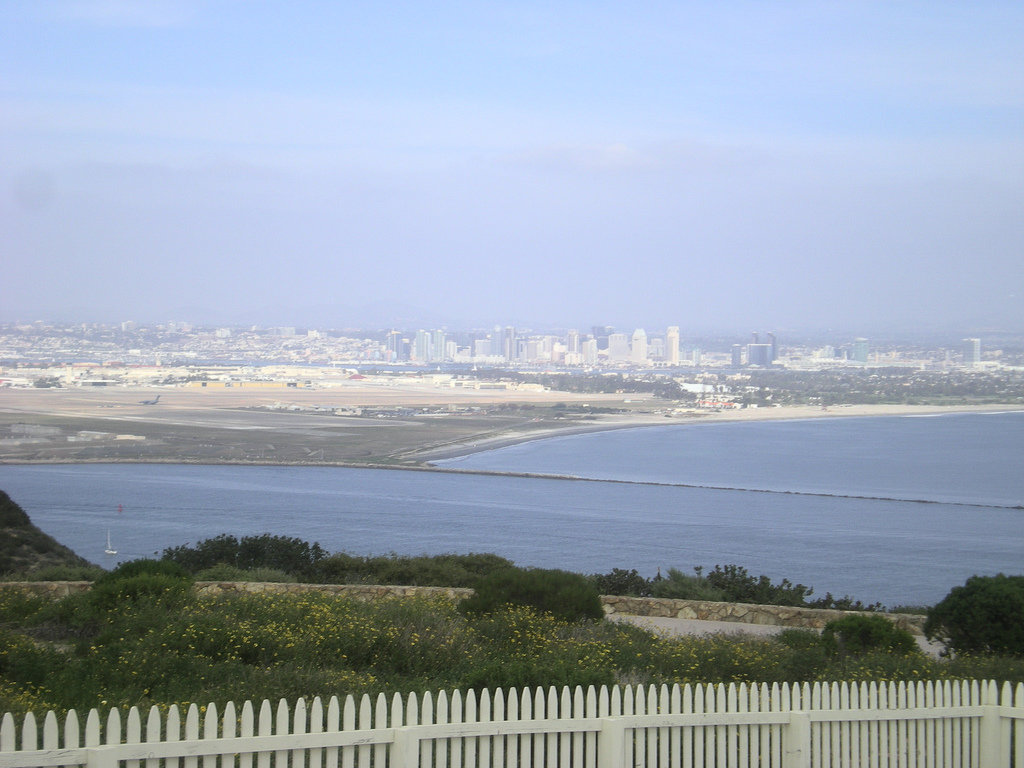 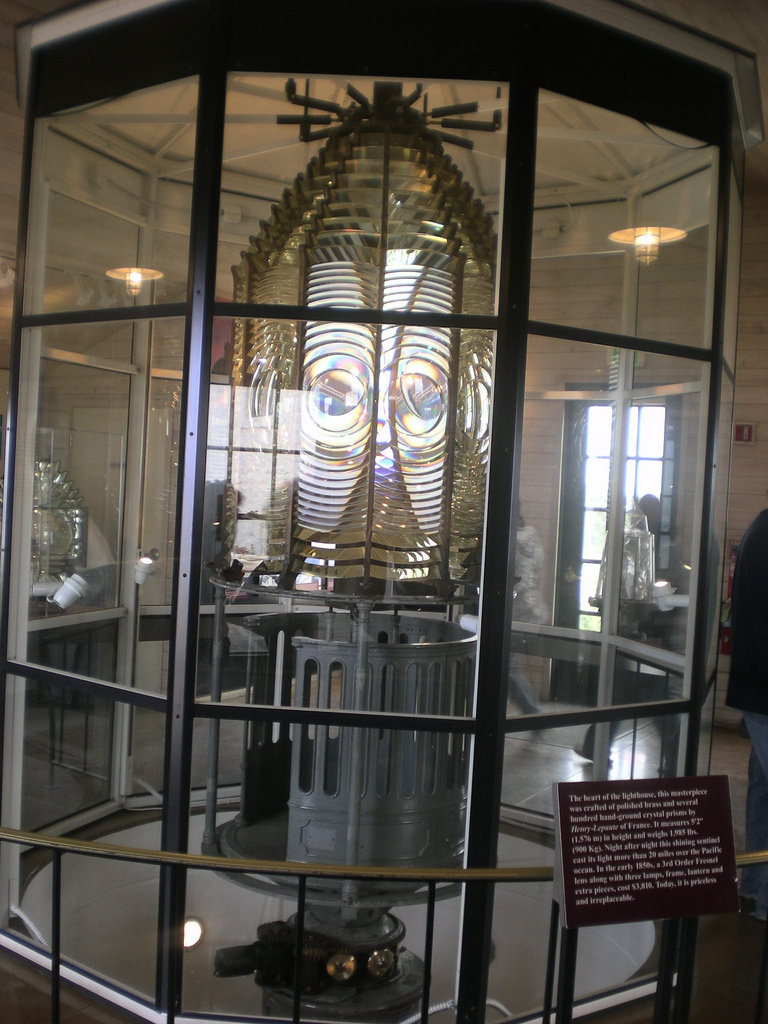 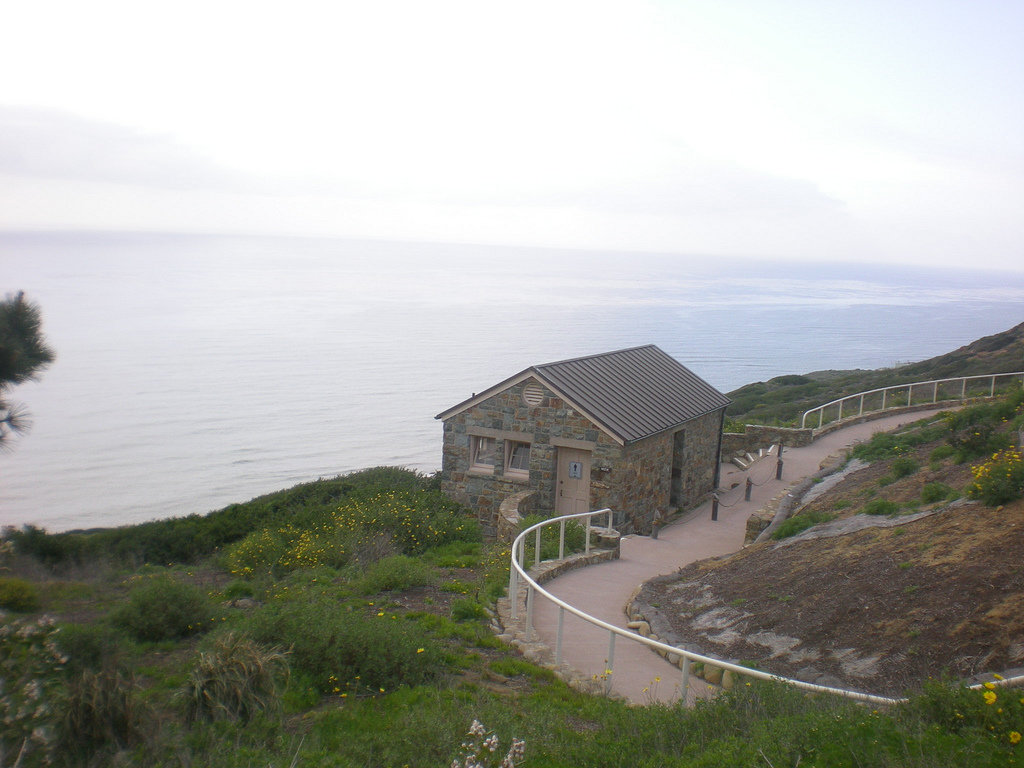 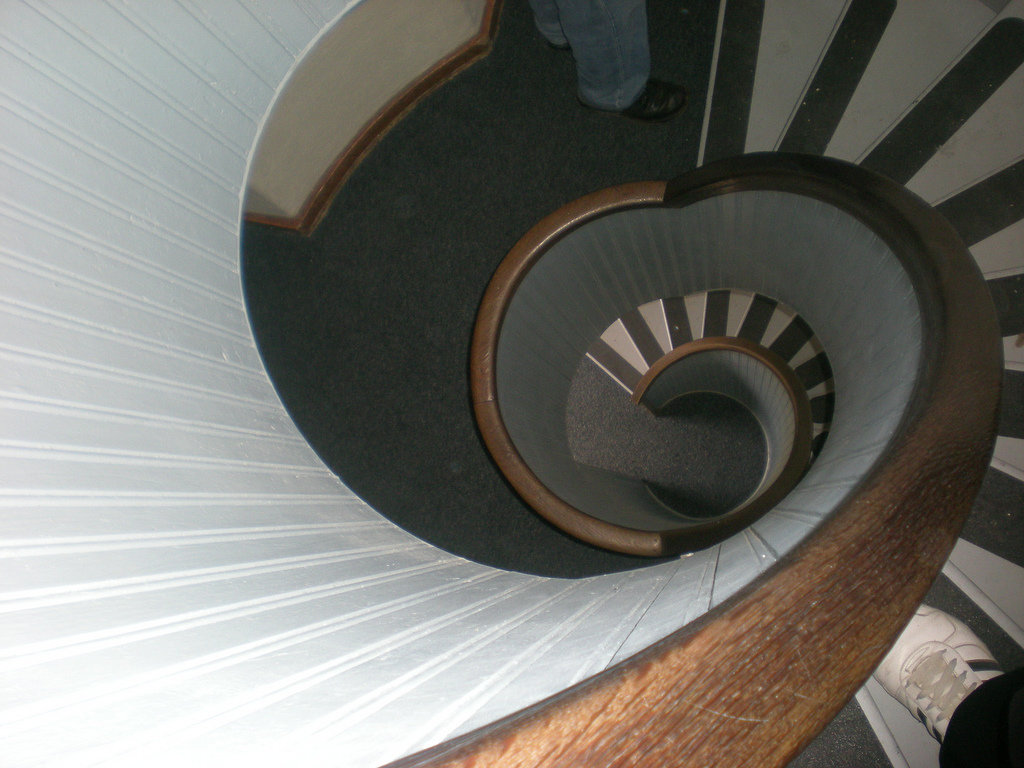