×
What are you looking for?
See all results
Lighthouses in Pine Grove 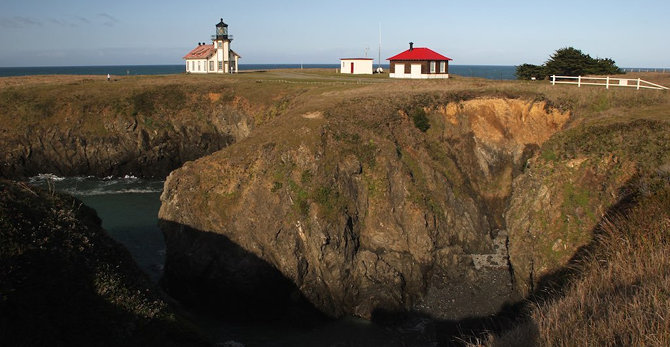 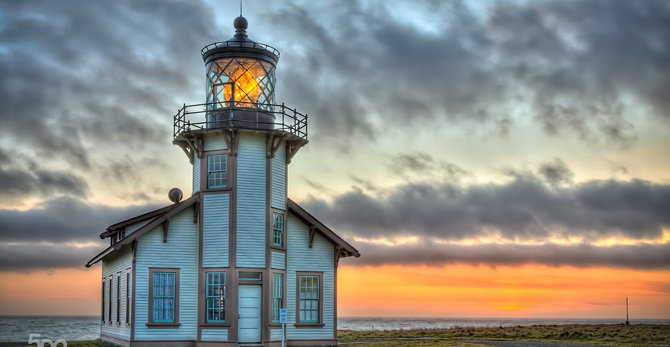 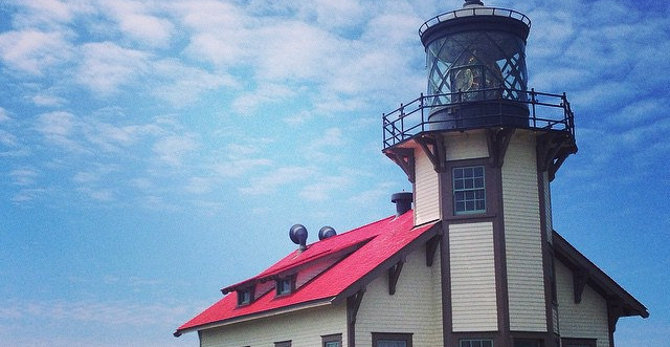 View all photos
I've been here
I Want to visit
Get directions
5,362 people have been here
8.5/10
Translate
Deutsch English Français Google Translate

The Point Cabrillo Lighthouse complex is located about Шаблон:Convert north of Mendocino, California, and includes the lighthouse itself together with several outbuildings. Most of the original structures remain, but the barn is missing: in 1986 it was destroyed in a fire department exercise. The remaining lighthouse station is "one of the most complete light stations in the United States".

Atop the lighthouse spins a third order Fresnel lens with four panels containing 90 lead glass prisms and weighing 6800 pounds, constructed by Chance Brothers, an English company, and shipped to Point Cabrillo around Cape Horn. The light is only Шаблон:Convert above the ground, but because of the height of the headlands it stands Шаблон:Convert above sea level. It was originally lit by a kerosene lamp and turned by a clockwork mechanism but this was replaced by an electric light and motor in 1935. The present light uses a single 1000-watt electric filament, the light from which is magnified by a factor of one thousand by the lens, and spins once every 40 seconds producing a flash every 10 seconds.

Point Cabrillo, the sandstone headland on which the Point Cabrillo Light lies, was named in 1870 by the United States Geological Survey after the Portuguese explorer João Rodrigues Cabrilho, although Cabrillo's voyage of exploration on behalf of Spain along the California coast did not reach as far north as the point. Because Spain controlled early California, the Spanish derivation of his name is the one used today. The opium trading brig Frolic wrecked on a reef near Point Cabrillo in 1850; the investigation of the wreck by agents of Henry Meiggs led to the discovery of the coast redwood forests of the Mendocino area and the beginning of the timber trade that would drive the local economy for decades.

In 1873, Point Cabrillo was surveyed as a potential site for a lighthouse; however, no lighthouse was built at that time. By 1904, several shipwrecks later, the U.S. Lighthouse Service recommended that a lighthouse be placed at the point. The bill to fund its construction, Senate Bill 6648, passed in June 1906, and the government bought 30 acres of land on Point Cabrillo from rancher David Gordon for $3,195. The lighthouse was constructed by the Lindgren Company beginning in 1908, and began operation in 1909. Its first light keeper was Wilhelm Baumgartner, who held the position until 1923. In 1935, an air diaphone supertyfone sound signal was installed.

The United States Coast Guard took over the Lightouse Service in 1939. The lighthouse building took major damage in 1960 after a storm caused waves that crested above the light and flooded the building with mud, but the lens remained undamaged. Later during the Cold War, the station was used to simulate a Soviet radar base in training exercises. The Coast Guard manned the station until 1973, when the lens was covered and a modern rotating beacon was mounted on a metal stand on the roof west of the lantern room.

In 1988 the California Coastal Conservancy began buying the land surrounding the light station, and in 1991 the station was added to the National Register of Historic Places. However, the California State Park System declined to take over the land at that time because of state budget shortfalls; instead, the station was managed for nine years by a non-profit organization, the North Coast Interpretive Association. Beginning in 1996, the NCIA organized a major restoration of the station to the state it would have been in the 1930s, after it was electrified, including a return to active duty of the main lens of the light. The restored lighthouse was opened to the public in August 2001, and used in filming the Warner Bros. 2001 drama film The Majestic. In 2002, California State Parks purchased the light station for four million dollars. The NCIA, which then became the Point Cabrillo Light Keeper Association, continued to run the station for the state park system. The station won the Governor's Historic Preservation Award in 2007, and the Preservation Design Award of the California Preservation Foundation in the same year.

A hiking trail, part of the California Coastal Trail, was established in 2011 and connects the light station to Caspar Headlands State Beach one mile to the north.

The Point Cabrillo Light was one of 70 state parks slated for closure in 2012 due to state budget cuts.

Jeff Weinstein
Incredible views of the coast though you can't regularly visit the light tower. There is a house museum and fish tank on the path. Lovely historical displays. Look for the Baltimore mentions.

Doug Fortier
Open 365 days/yr, 1 of the most complete US lightstations, a half mile walk to the lighthouse. Three Lightkeepers houses, East House a period museum, stay in other 2 (+ 2 cottages,) pointcabrillo.org.

Jeremy Leslie
Take the trail to the light station over walking down the driveway. It's a beautiful walk offering views of the actual spot of the shipwreck Frolic, the cliffs & sealife, and of course the lighthouse.

eric bornemann
Cute little old lighthouse and Victorian buildings. Cool place to explore and worth the hot walk from the parking lot.

Ryan K.
If it looks to be a slow day, go ahead and drive down most of the way yo snag one of maybe 5 parking spaces. The walk down the paved path is nothing special.

The Mendocino Presbyterian Church is an historic Carpenter Gothic

Glass Beach is a beach in MacKerricher State Park near Fort Bragg,

The Chandelier Tree in Drive-Thru Tree Park is a Шаблон:Convert tall

The Yaquina Head Light, also known early in its existence as the Cape 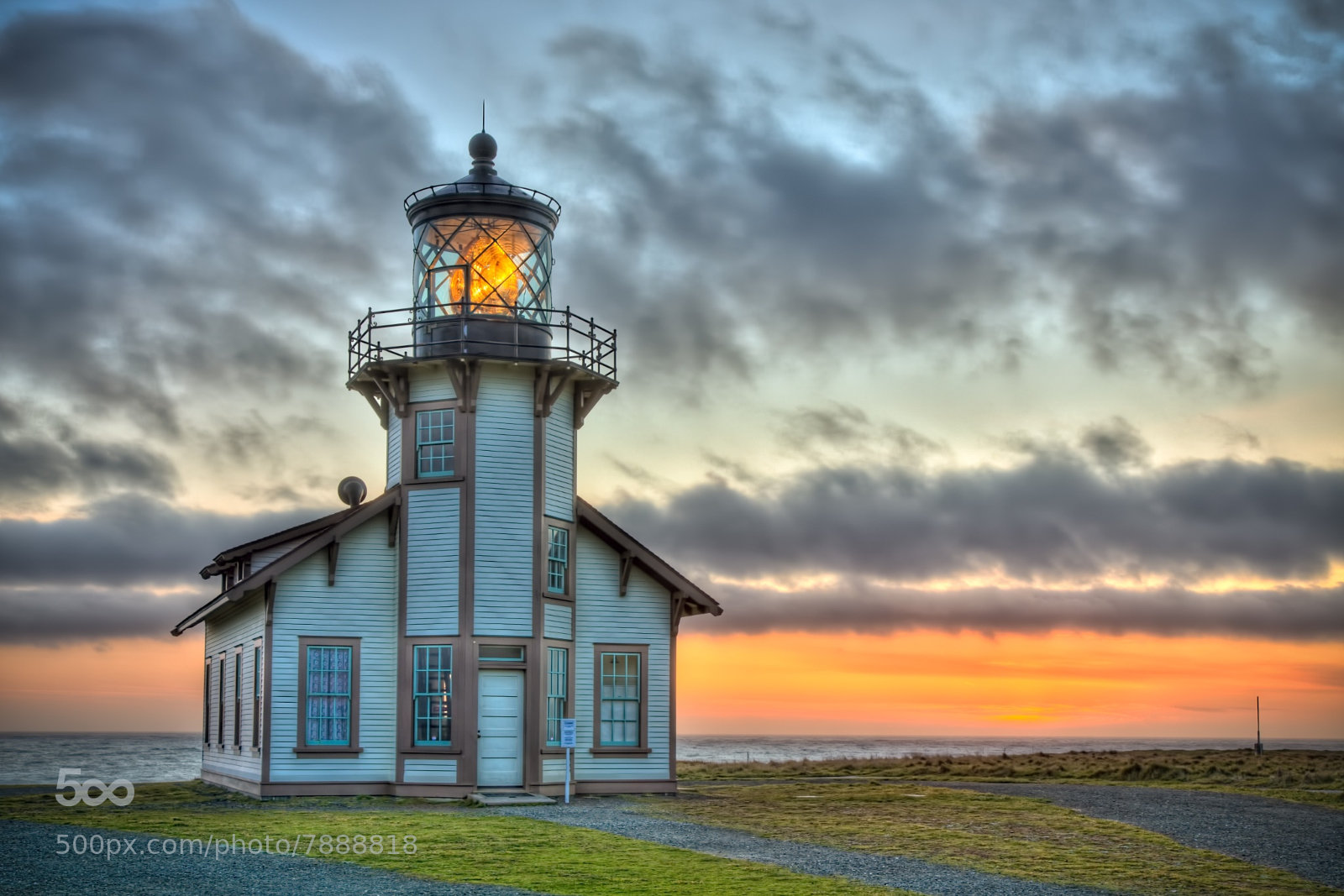 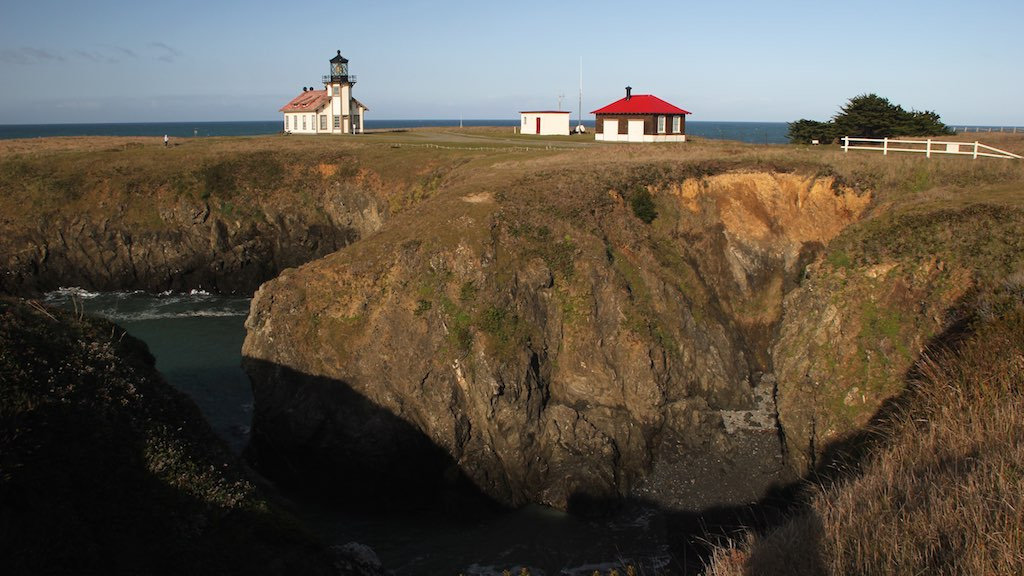 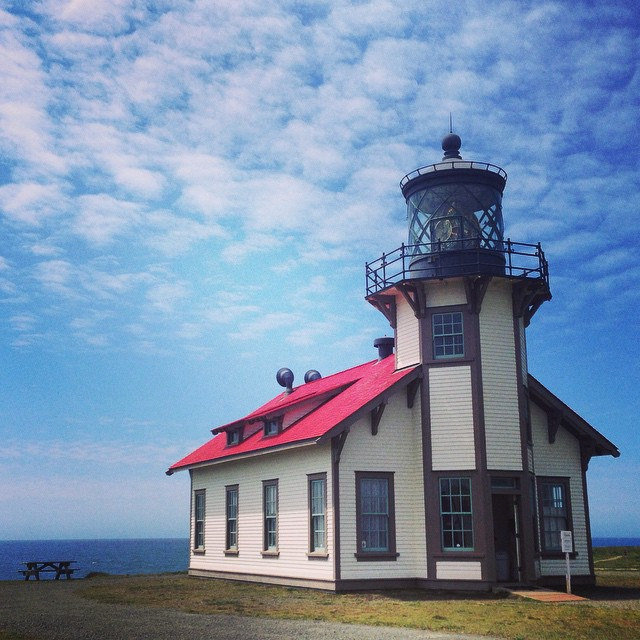 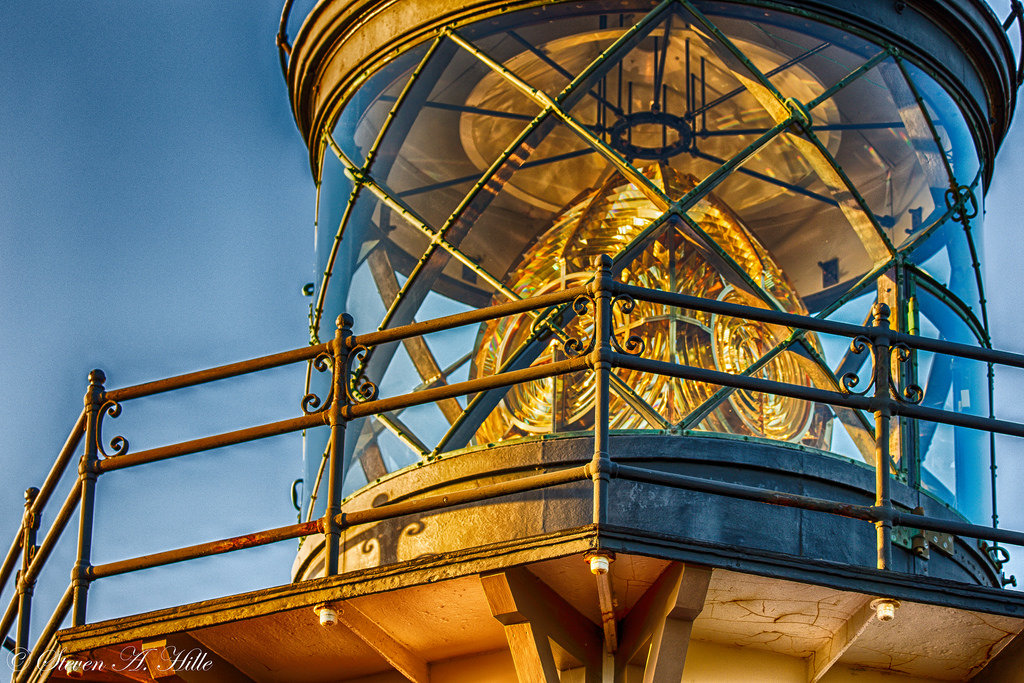 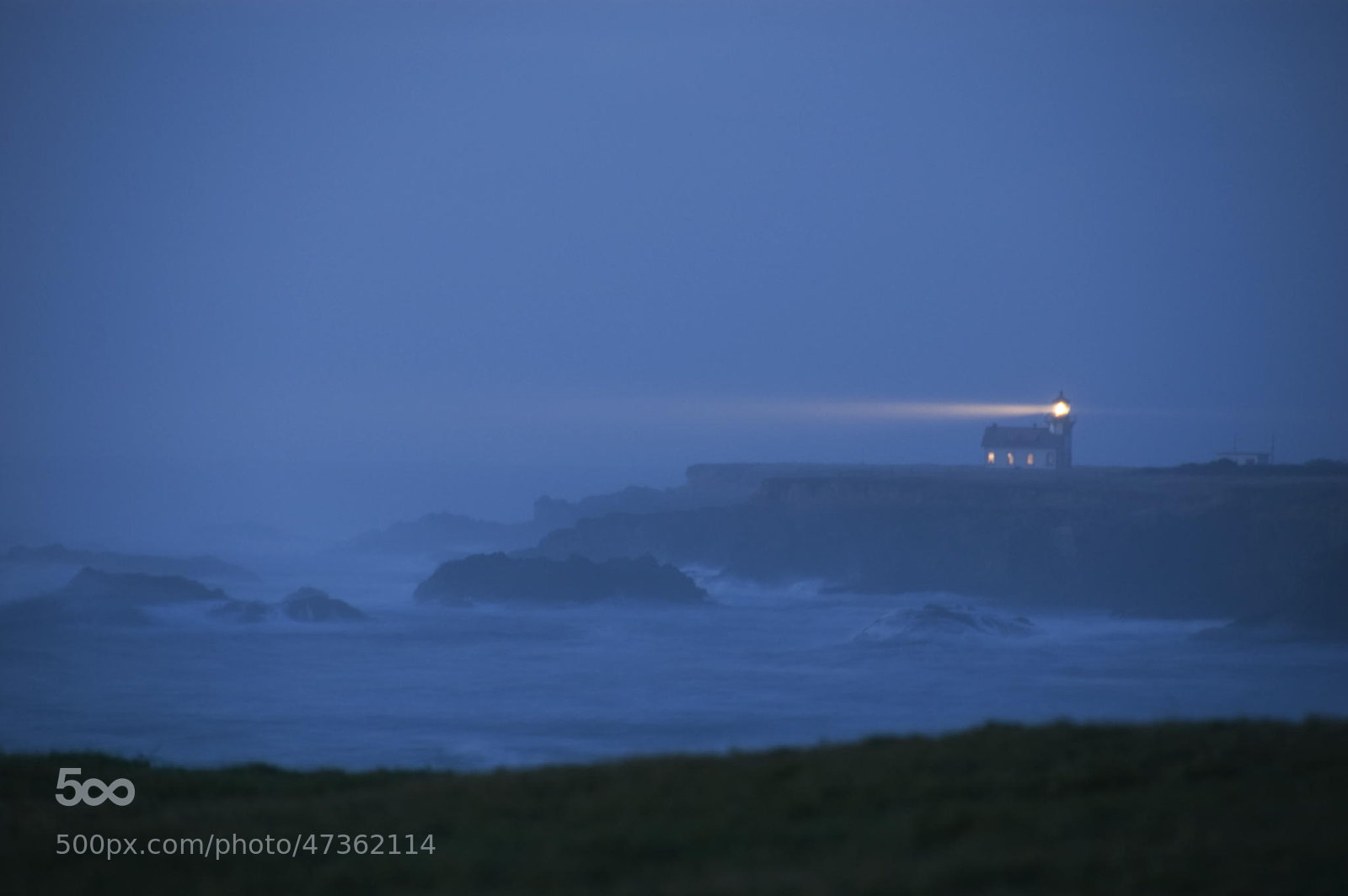 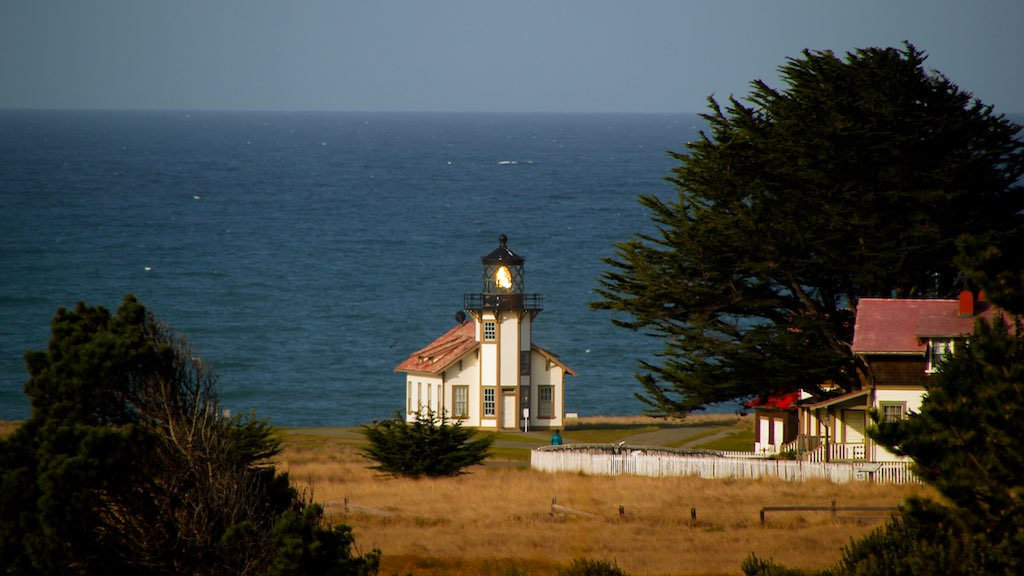 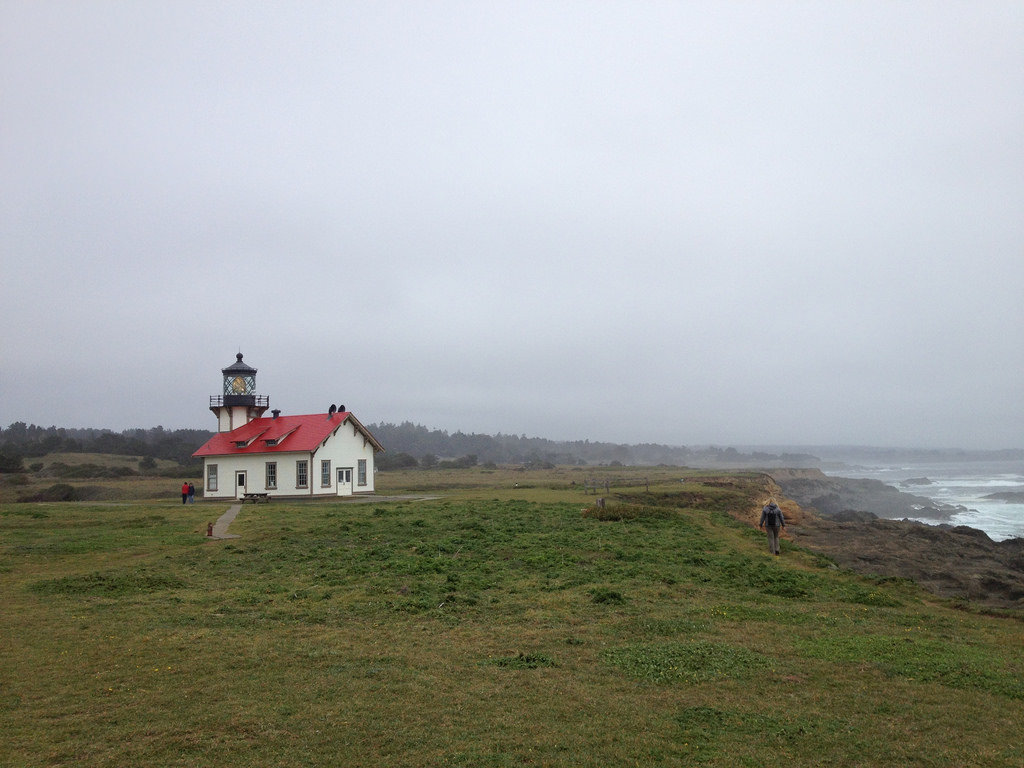 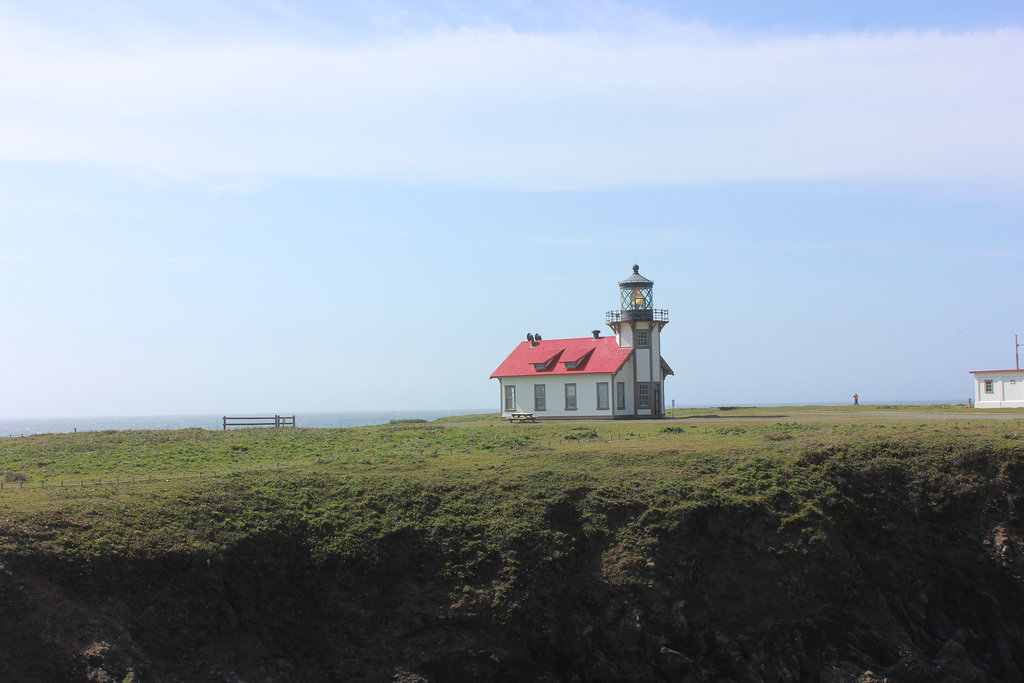 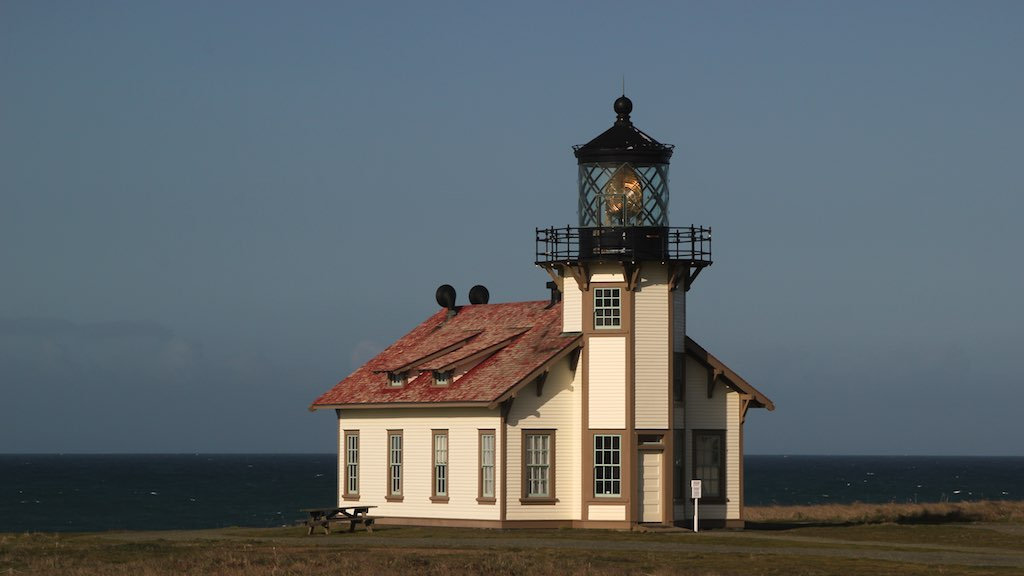 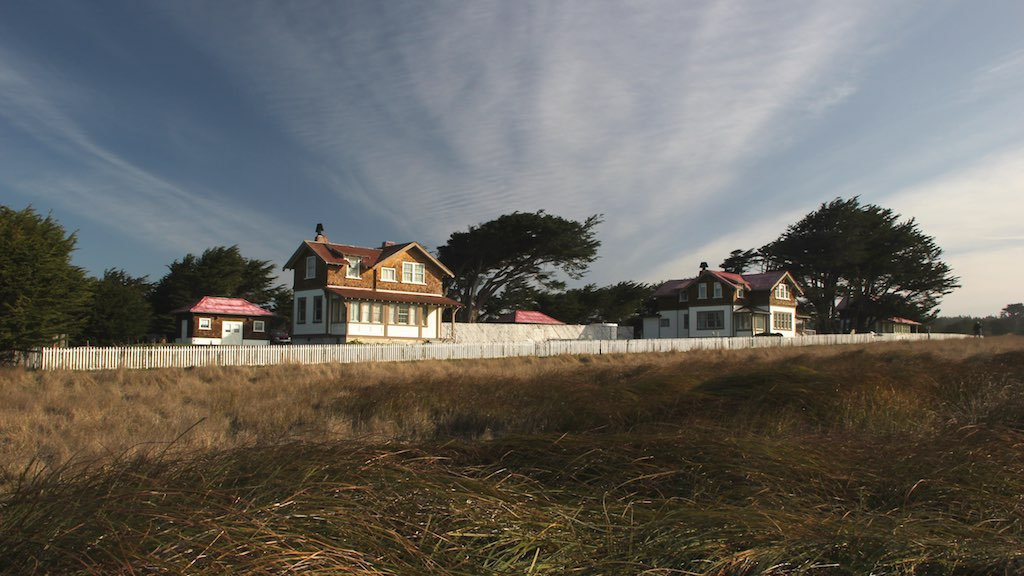 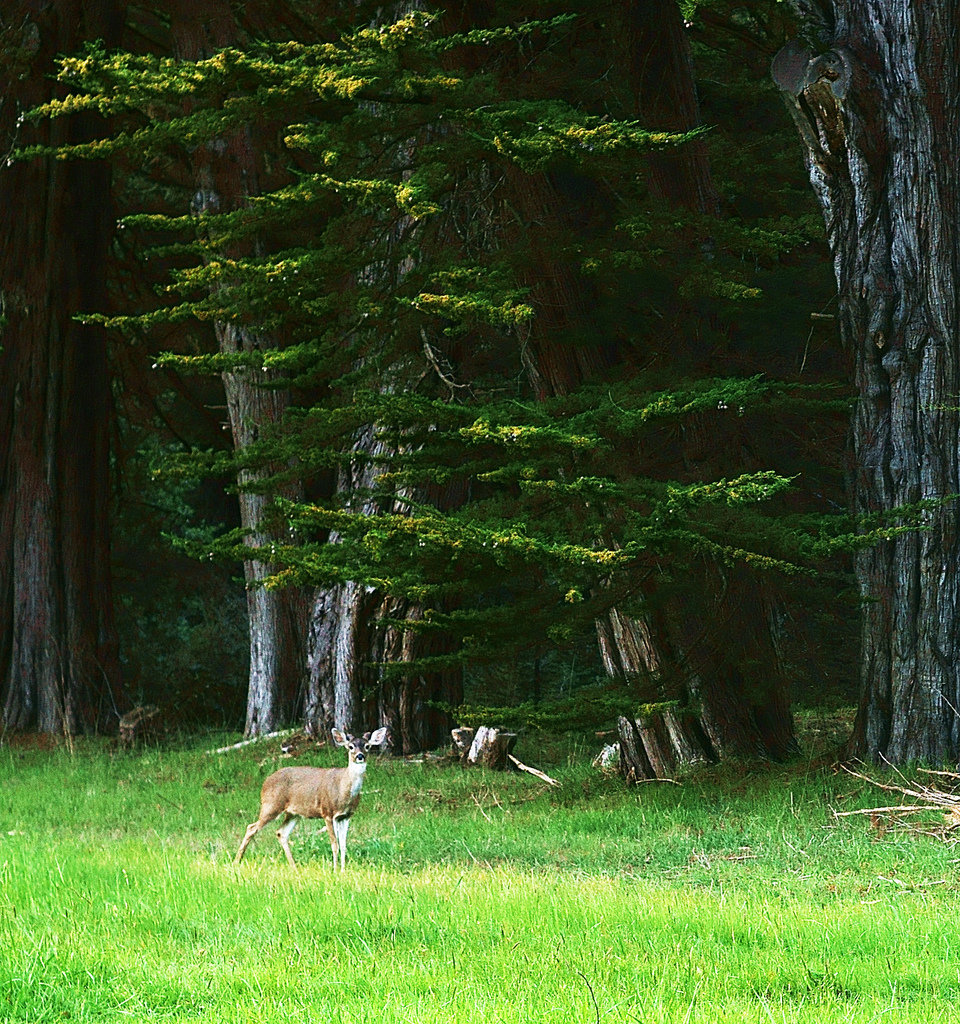 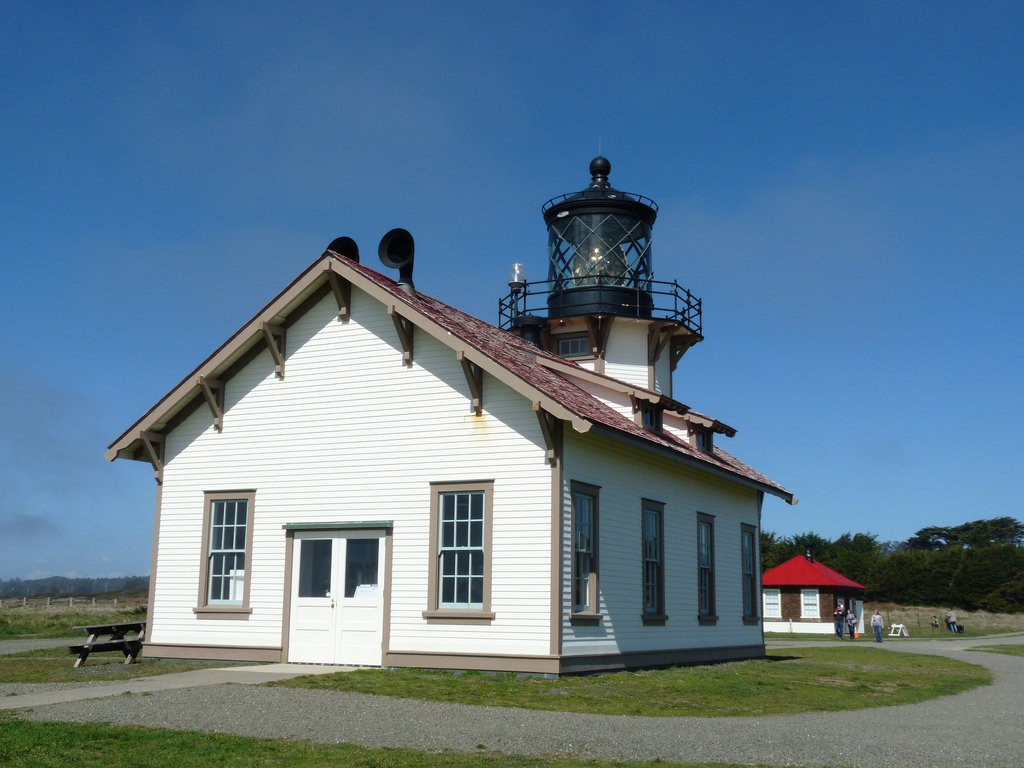 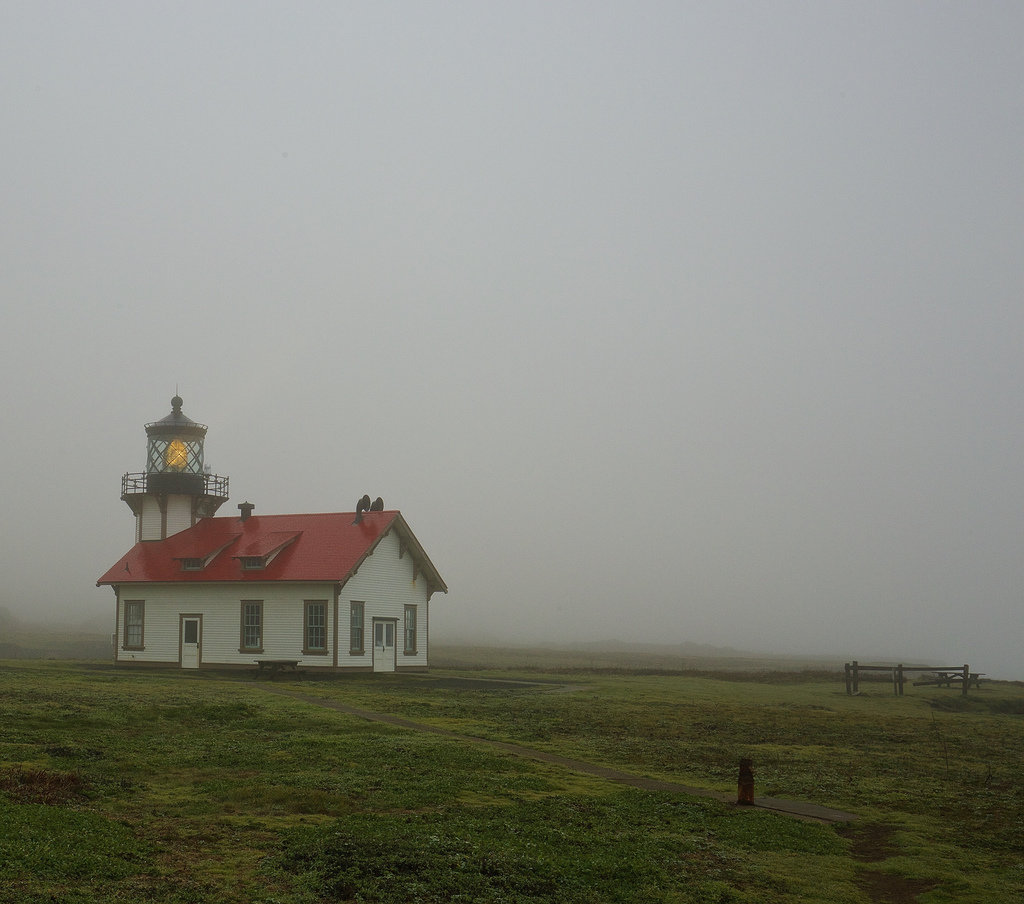 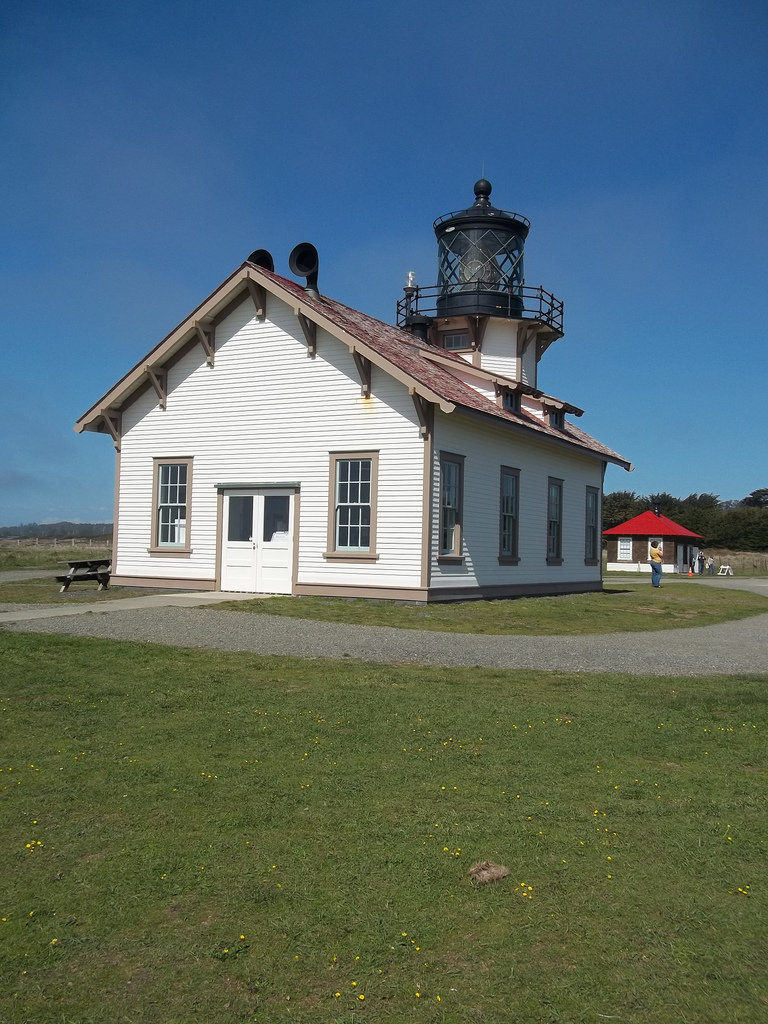 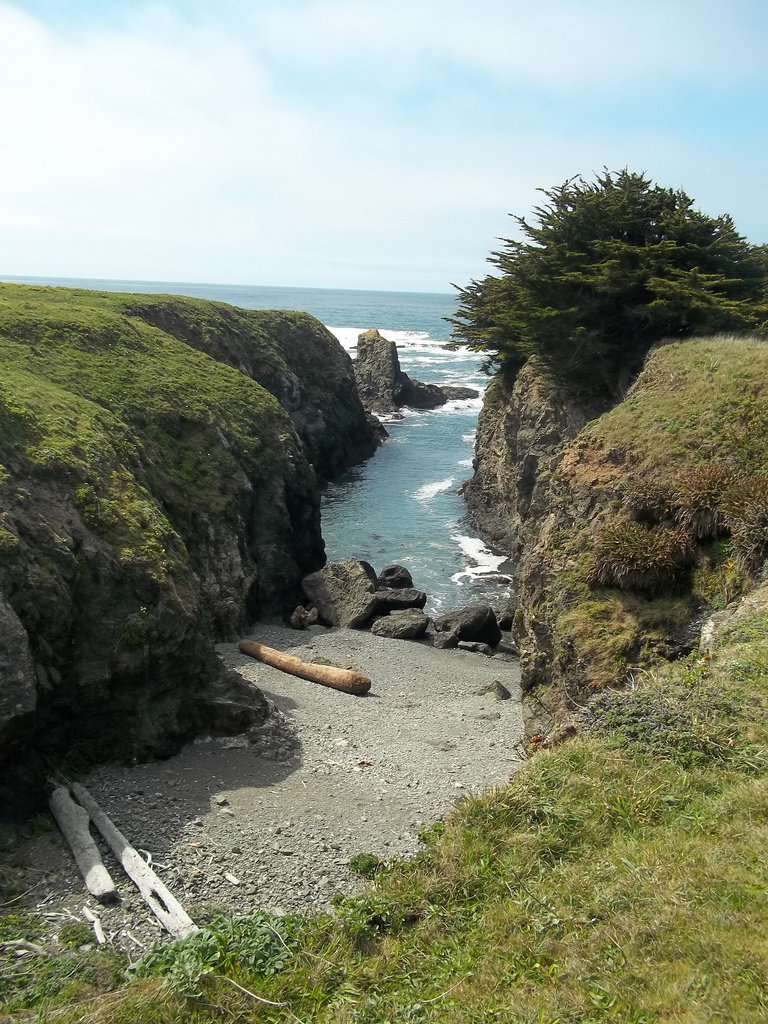 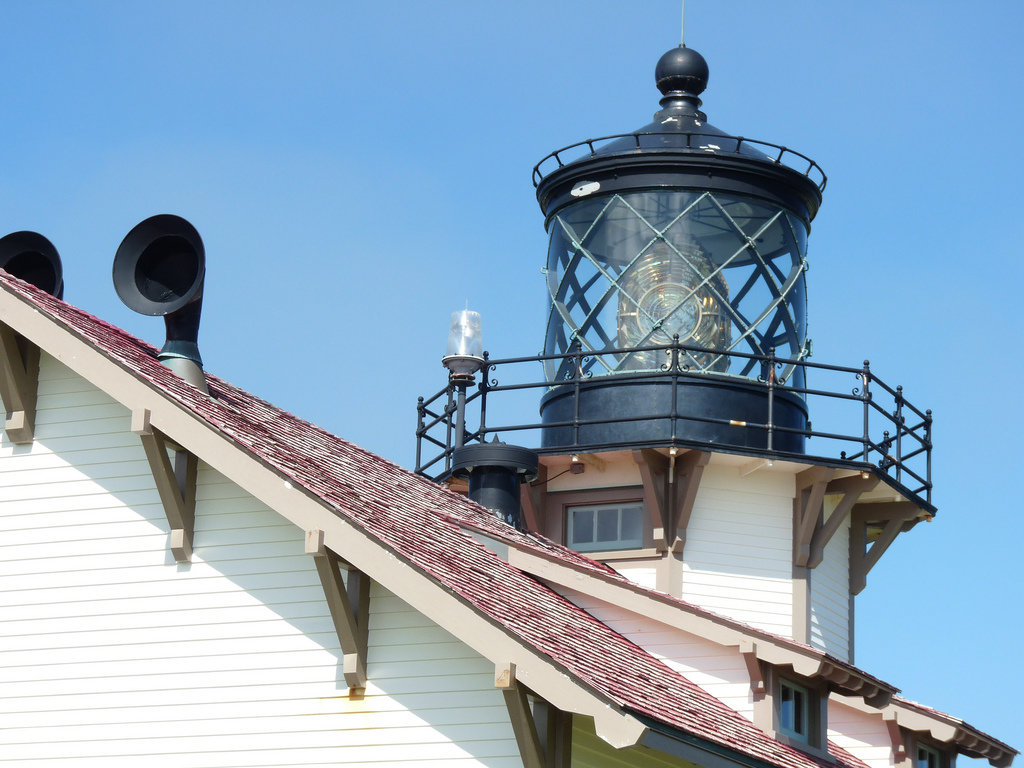 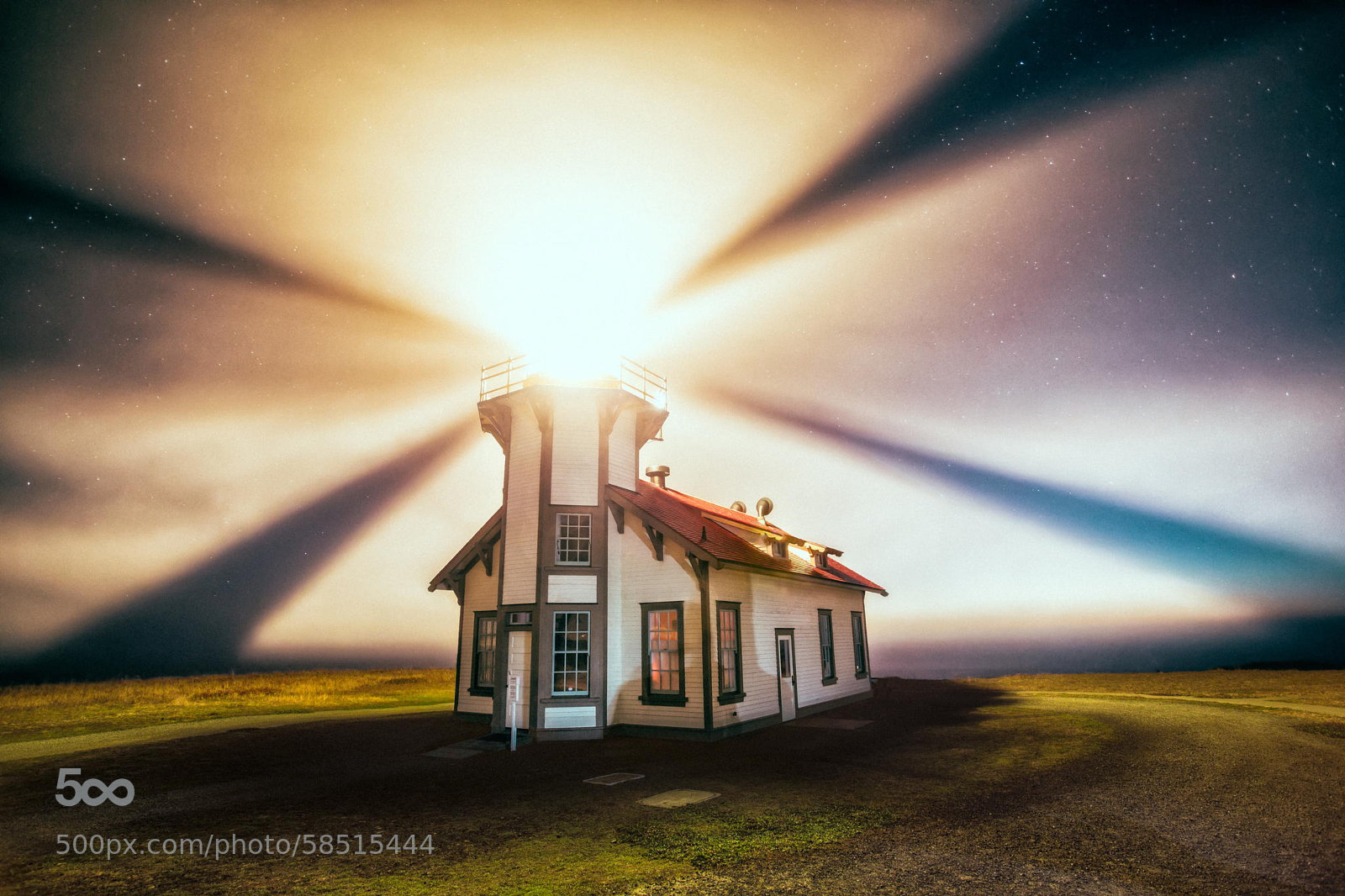 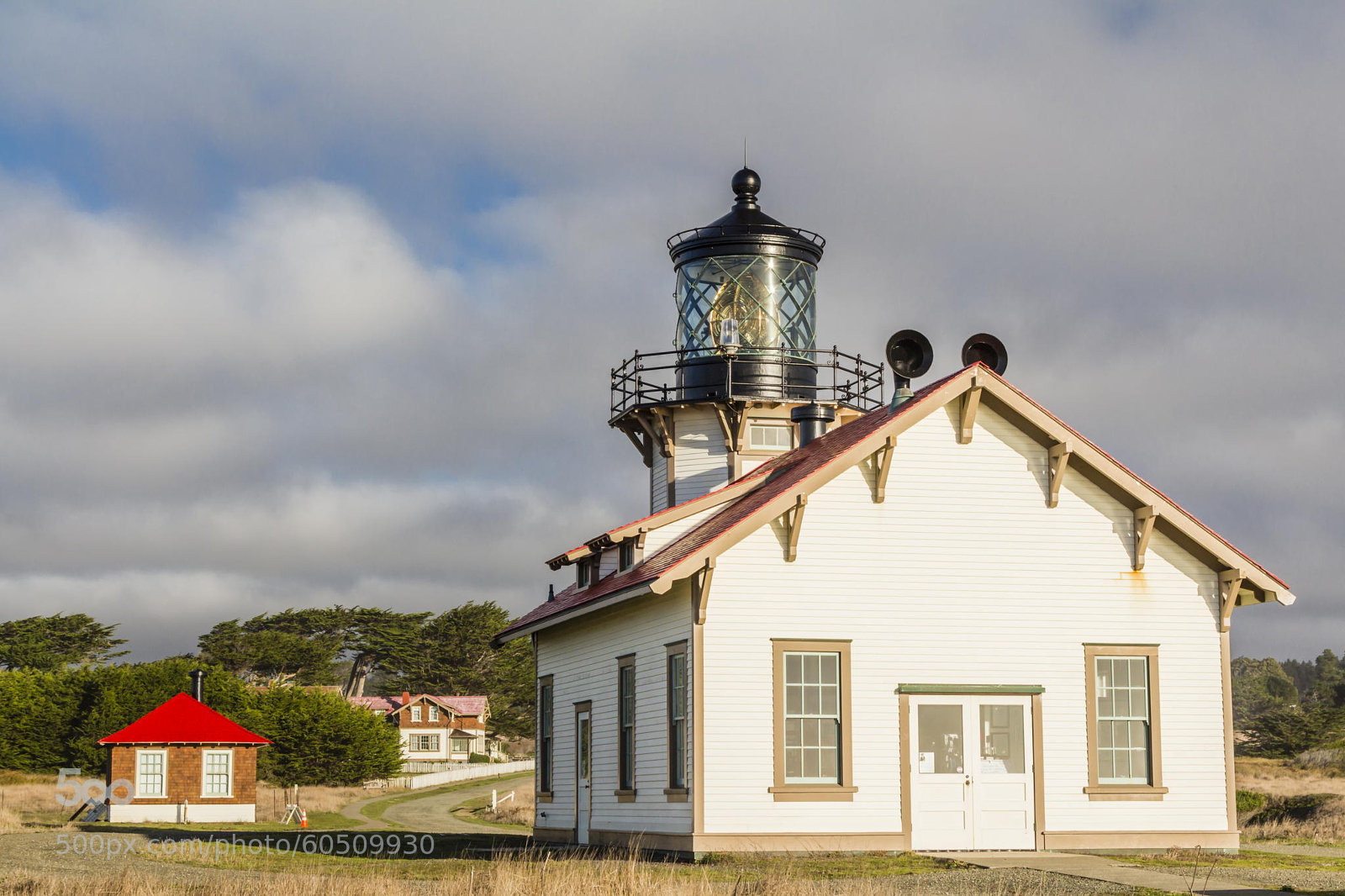