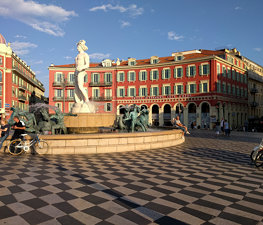 The Place Masséna is a historic square in Nice, Alpes-Maritimes, France. It was named for André Masséna. Its layout was designed by Joseph Vernier in 1843-1844.

The Place Masséna is the main square of the city. Before the Paillon River was covered over, the Pont-Neuf was the only practicable way between the old town and the modern one. The square was thus divided into two parts (North and South) in 1824. With the demolition of the Masséna Casino in 1979, the Place Masséna became more spacious and less dense and is now bordered by red ochre buildings of Italian architecture.

The recent rebuilding of the tramline gave the square back to the pedestrians, restoring its status as a real Mediterranean square. It is lined with palm trees and stone pines, instead of being the rectangular roundabout of sorts it had become over the years. Since its construction, the Place Masséna has always been the spot for great public events. It is used for concerts, and particularly during the summer festivals, the Corso carnavalesque (carnival parade) in February, the military procession of 14 July (Bastille Day) or other traditional celebrations and banquets.

The Place Masséna is a two-minute walk from the Promenade des Anglais, old town, town centre, and Albert I Garden (Jardin Albert Ier). It is also a large crossroads between several of the main streets of the city: avenue Jean Médecin, avenue Félix Faure, boulevard Jean Jaurès, avenue de Verdun and rue Gioffredo.

May ♍
Perfect place to do a 360 view of the city and make sure you look up at the buildings to see the classic architecture. Look out for events held in the area while visiting

May ♍
This is the Center of Nice and what a happening place! Has everything you want in a city square, and more. Charming fountains, sculptures, museums, shops, bars and restaurants. Always busy though

Oliver Sears
Stunning, well-maintained square with great architecture to admire. Beautifully lit at night & down the side streets are some lovely places to eat & drink.

May ♍
Whatever way you choose to explore Nice you will certainly be passing through Place Massena. Bus, tram, walking, car or tour you will be here

New York Habitat
Restored in the 2000s, the Massena Plaza is the most famous in Nice! Check out its red buildings, black and white tiles, fountain and statues before heading to the truly authentic Old City of Nice!

Lufthansa
The variety of different museums consolidates Nice reputation as an art metropolis. The entrance into the city's museums is free! Get to know more about Nice in our Travel Report!
Load more comments
foursquare.com
8.0/10
Udjin Onblack, Dan S. and 174,793 more people have been here
I've been here
Add to wishlist

The Opéra de Nice is the principal opera venue in Nice, France.

Plage de Nice is a tourist attraction, one of the Beaches in Nice, 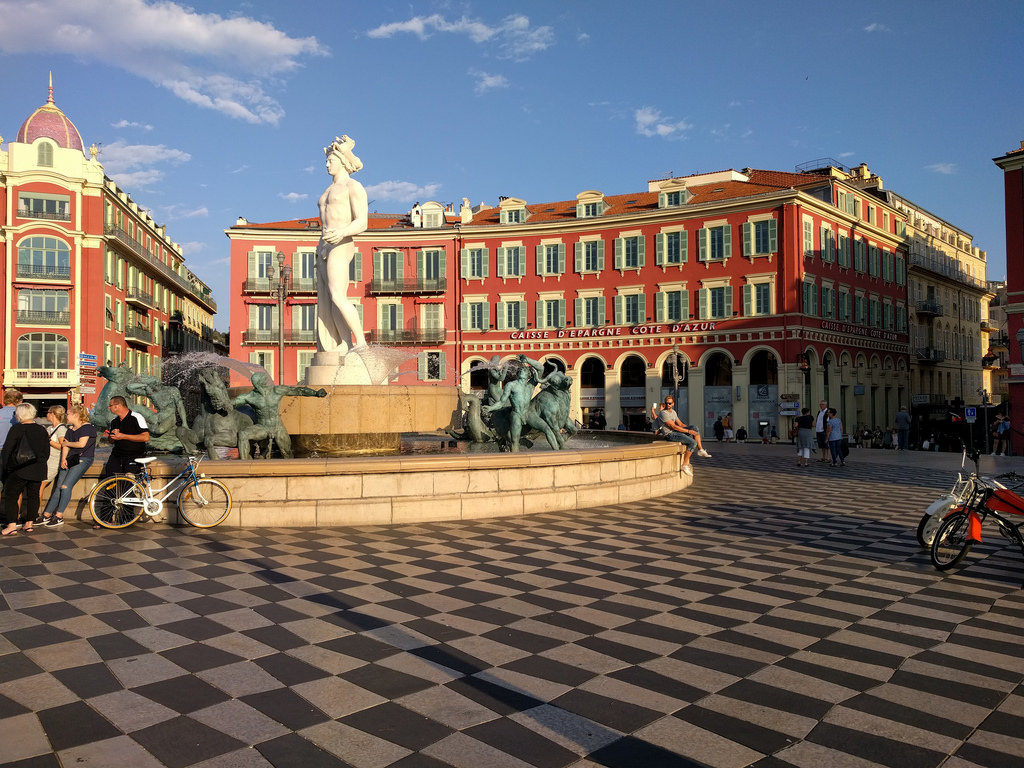 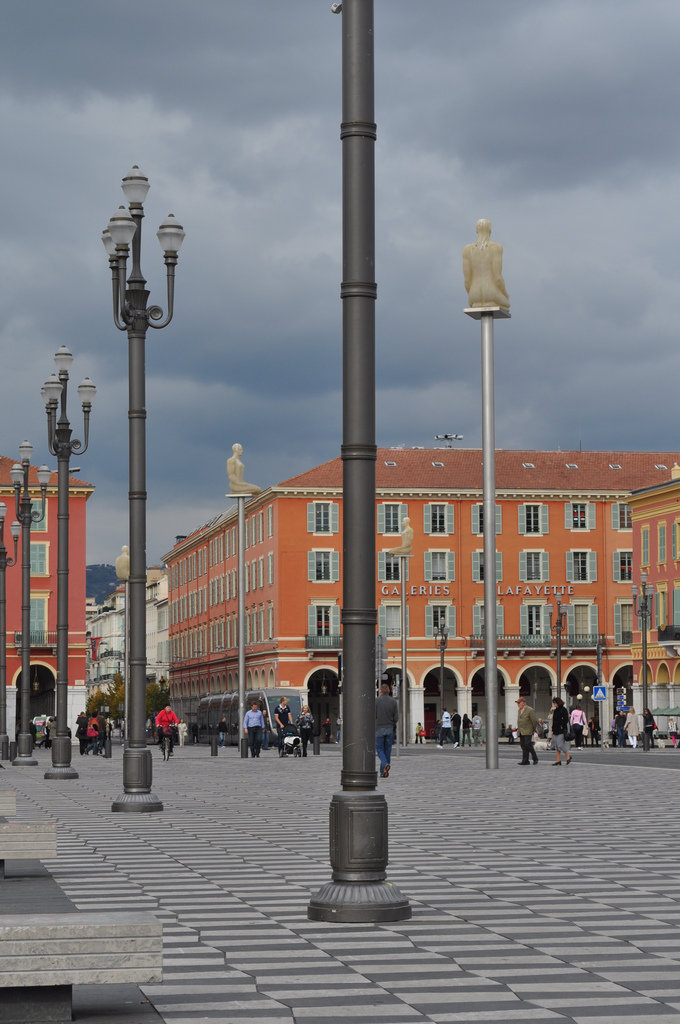