×
What are you looking for?
See all results
Archaeological sites in Ağva 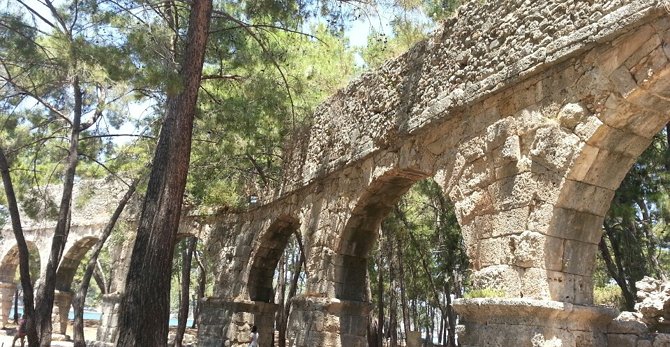 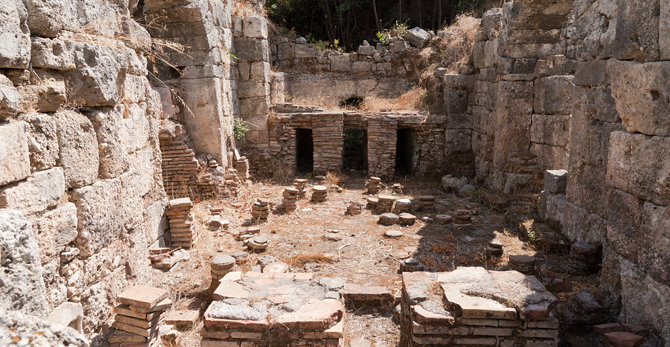 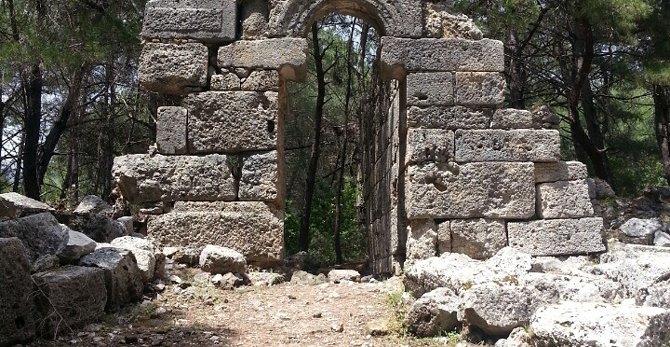 Phaselis (Ancient Greek: ) is an ancient Lycian city in the province of Antalya in Turkey. It is located between the Bey Mountains and the forests of Olympos National Park, 16 km west of the touristic town of Kemer and on the 57th kilometre of the Antalya–Kumluca highway. Phaselis and other ancient towns around the shore can also be accessed from the sea by daily yacht tours.

The town was set up by the Rhodians in 700 BC. Because of its location on an isthmus separating two harbours, it became the most important harbour city of the western Lycia and an important centre of commerce between Greece, Asia, Egypt, and Phoenicia, although it did not belong to the Lycian League. The city was captured by Persians after they conquered Asia Minor, and was later captured by Alexander the Great.

After the death of Alexander, the city remained in Egyptian hands from 209 BC to 197 BC, under the dynasty of Ptolemaios, and with the conclusion of the Apamea treaty, was handed over to the Kingdom of Rhodes, together with the other cities of Lycia. From 190 BC to 160 BC it remained under Rhodeian hegemony, but after 160 BC it was absorbed into the Lycian confederacy under Roman rule. Phaselis, like Olympos, was under constant threat from pirates in the 1st century BC, and the city was even taken over by the pirate Zekenites for a period until his defeat by the Romans. In 42 BC Brutus had the city linked to Rome. During the Byzantine period, the city became a bishopric, although in the 3rd century AD, its convenient harbor had fallen under the threat of pirates once again. So it began to lose importance, suffering further losses at the hands of Arab ships, until totally impoverished in the 11th century AD. There was a temple of Athene at Phaselis, where the lance of Achilles was exhibited. It was the birthplace of the poet and orator Theodectes. It was also renowned for its roses, from which the essence was extracted. When the Seljuqs began to concentrate on Alanya and Antalya as ports, Phaselis ceased to be a port of any note.

Phaselis has three harbours: the 'Northern Harbour', the 'Battle Harbour' and the 'Protected (Sun) Harbour', of which the last is the most important today. A 24-metre-wide ancient street runs through the middle of the city. The 'Hadrian Waterway Gate' is on the southern part of the street. There are ruins of shops and stores on the sides of the street and near these are ruins of public places such as Roman baths, agoras and theatres. These structures are dated to the 2nd century BC. There are water canals between the town centre and the 70 m plateau. There are also numerous sarcophagi.

The Limyra Bridge (in Turkish: Kırk Göz Kemeri, 'Bridge of the Forty A

Limyra was a small city in Lycia on the southern coast of Asia Minor,

Saklıkent is a winter resort in Turkey, 45 kilometres from Antalya

Antalya Aquarium is a tourist attraction, one of the Aquaria in

The Pula Arena is the name of the amphitheatre located in Pula, 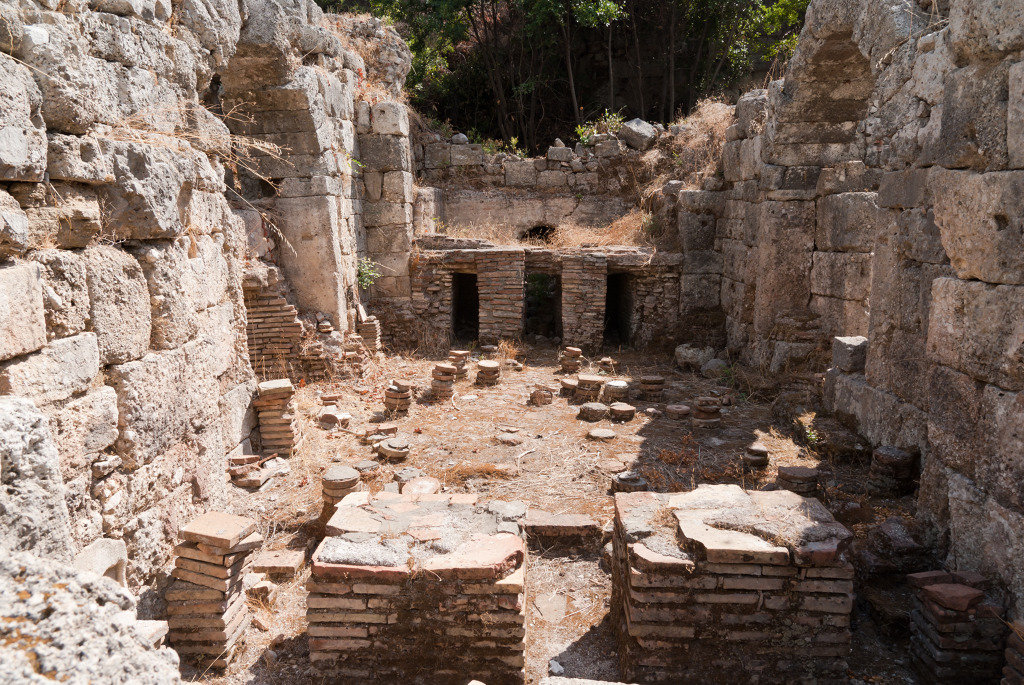 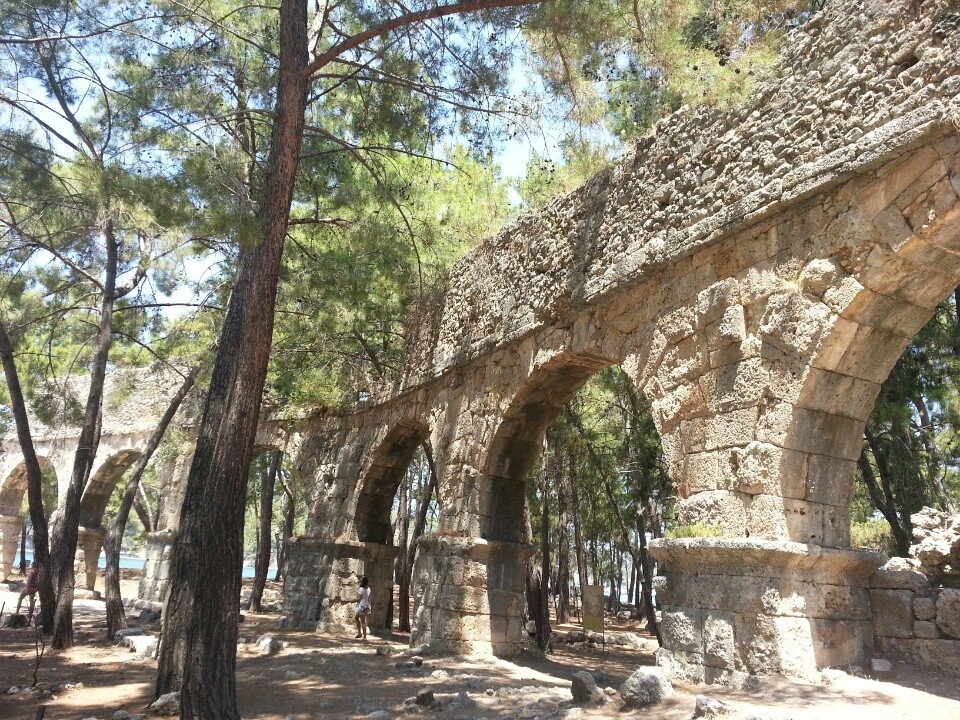 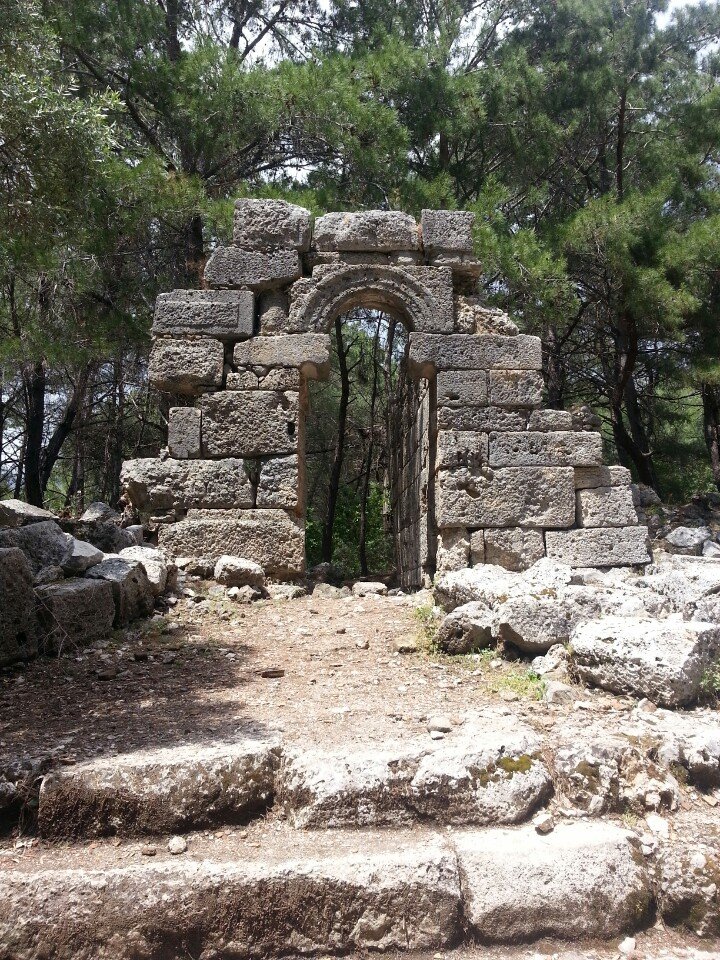 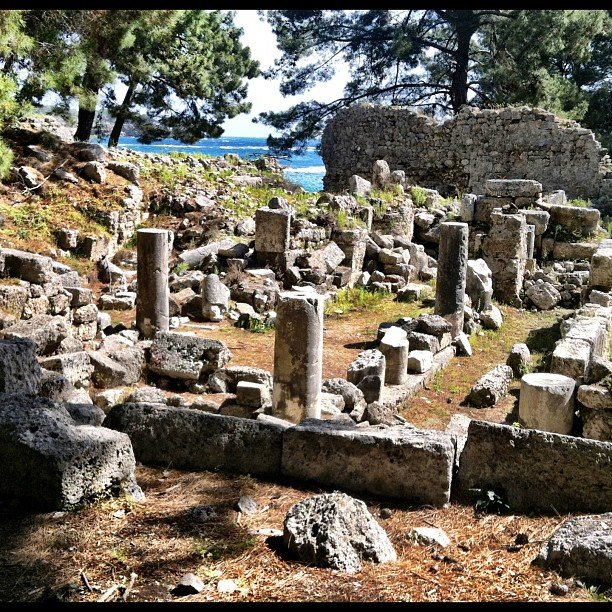 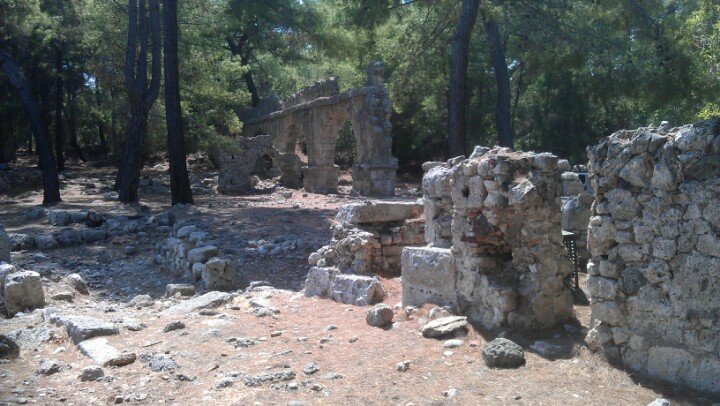 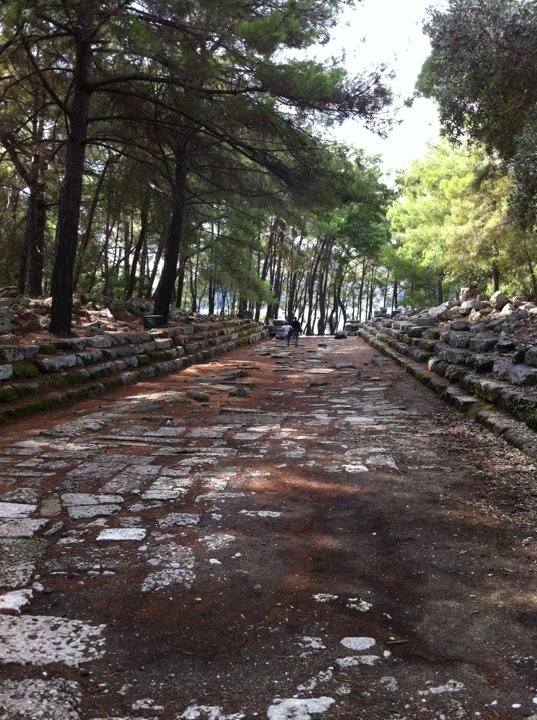 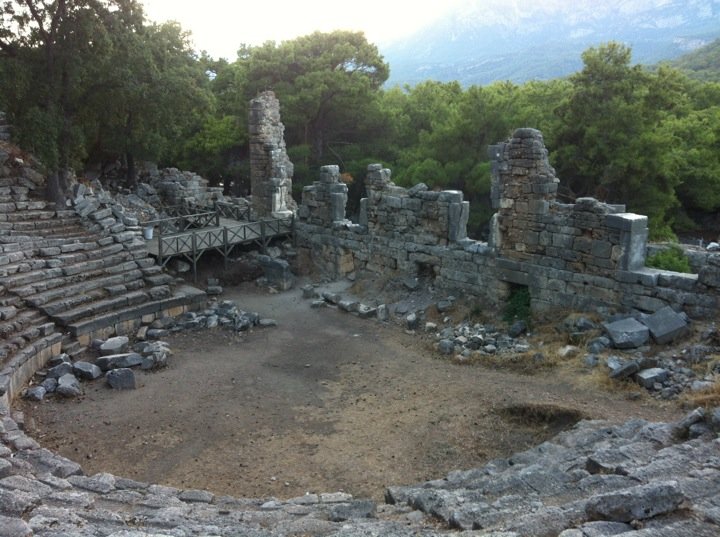 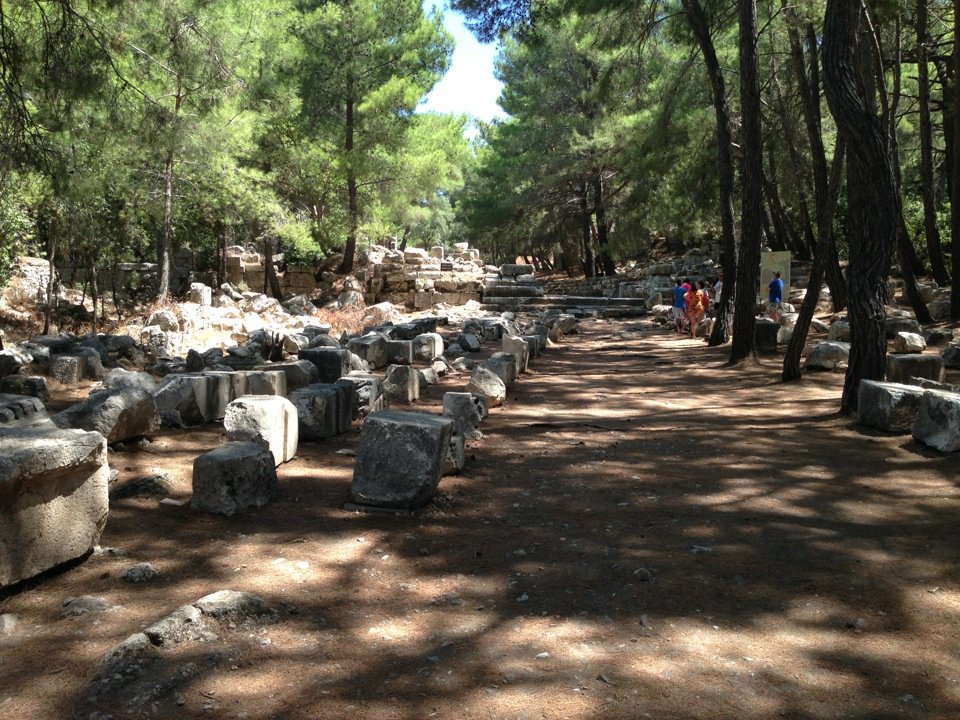 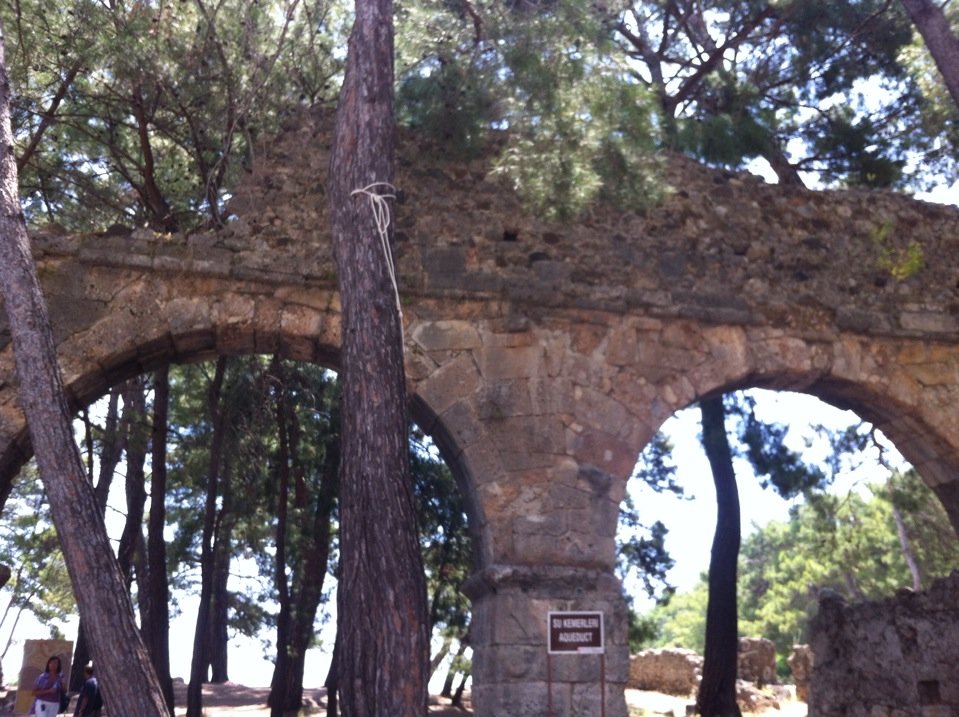 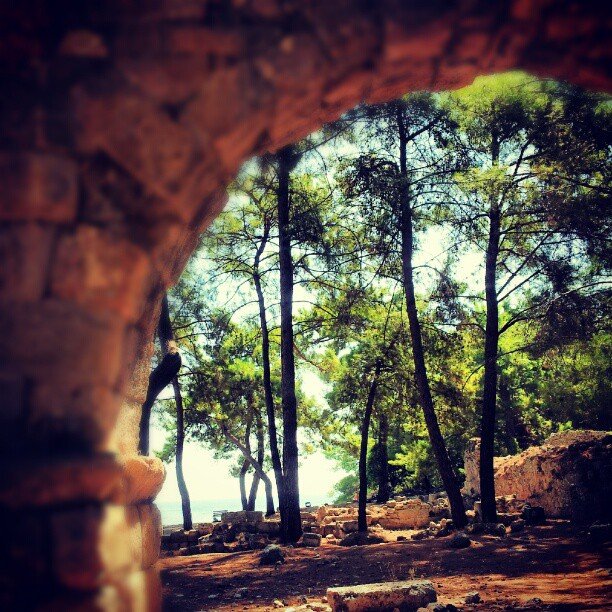 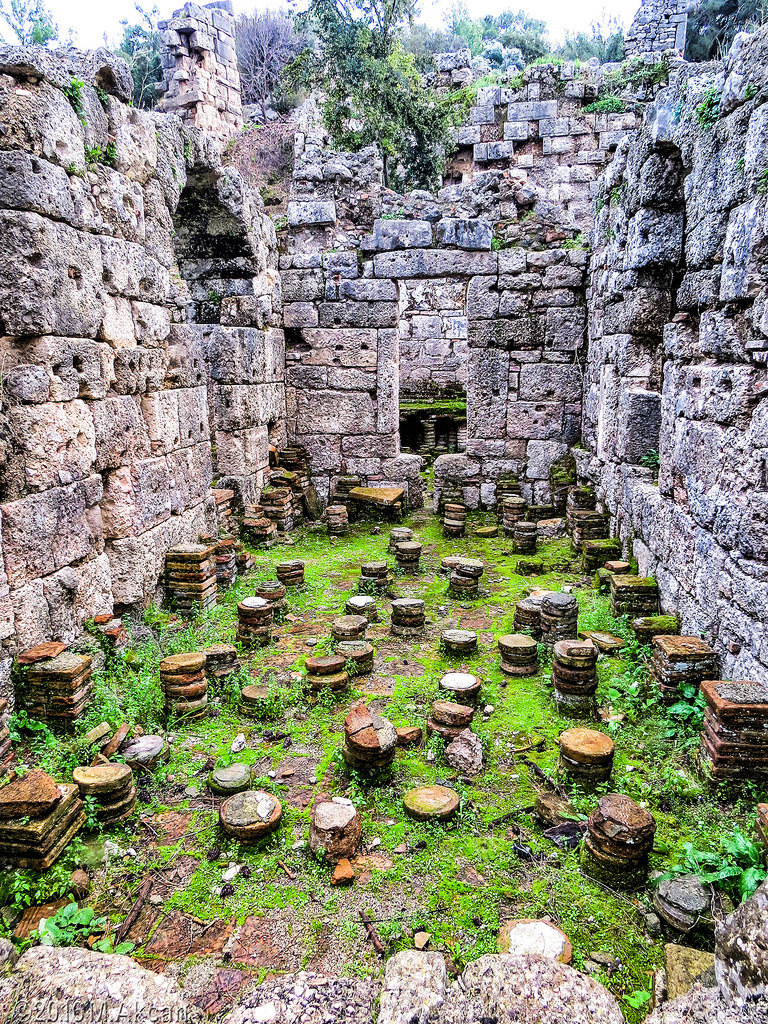 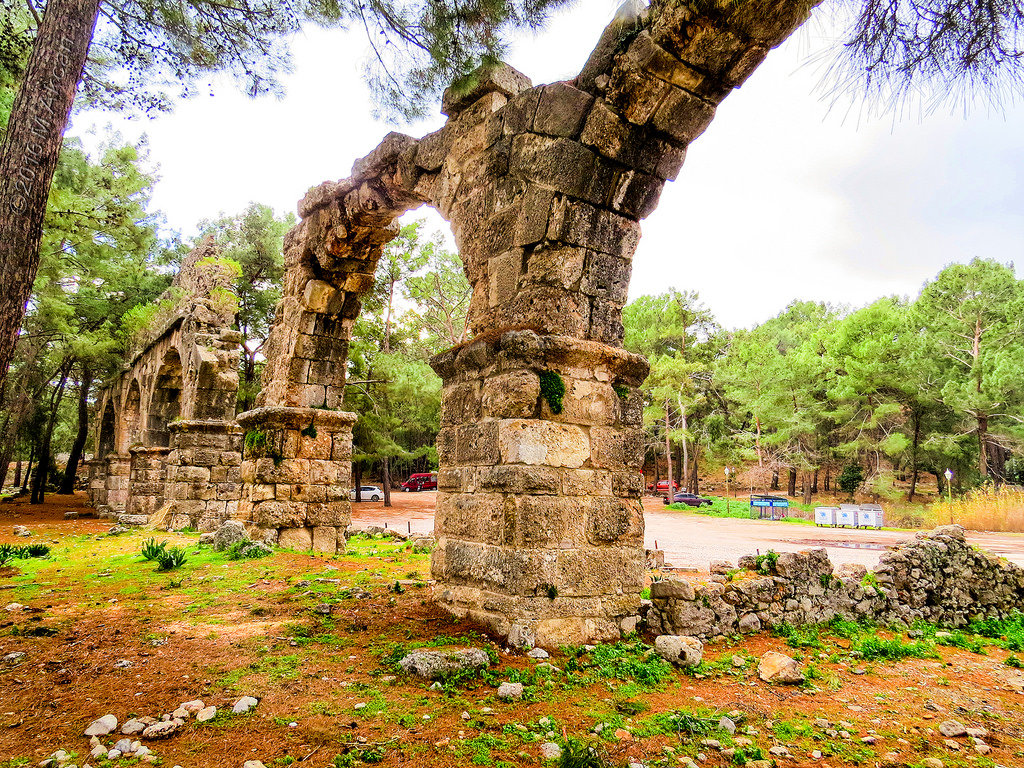 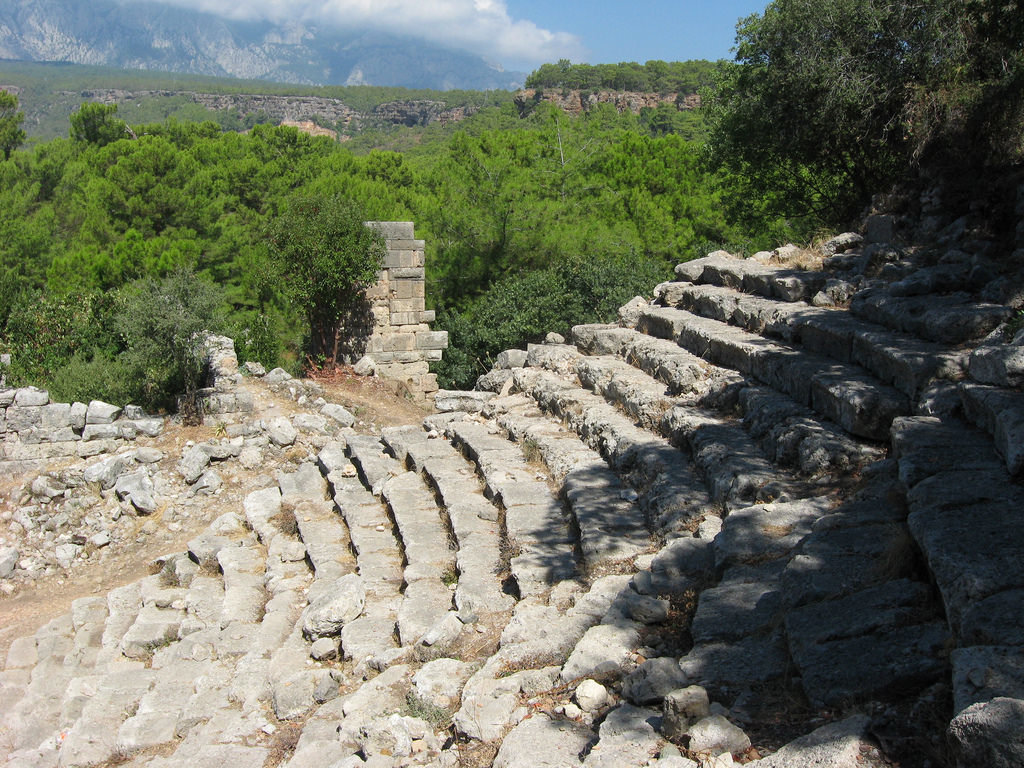 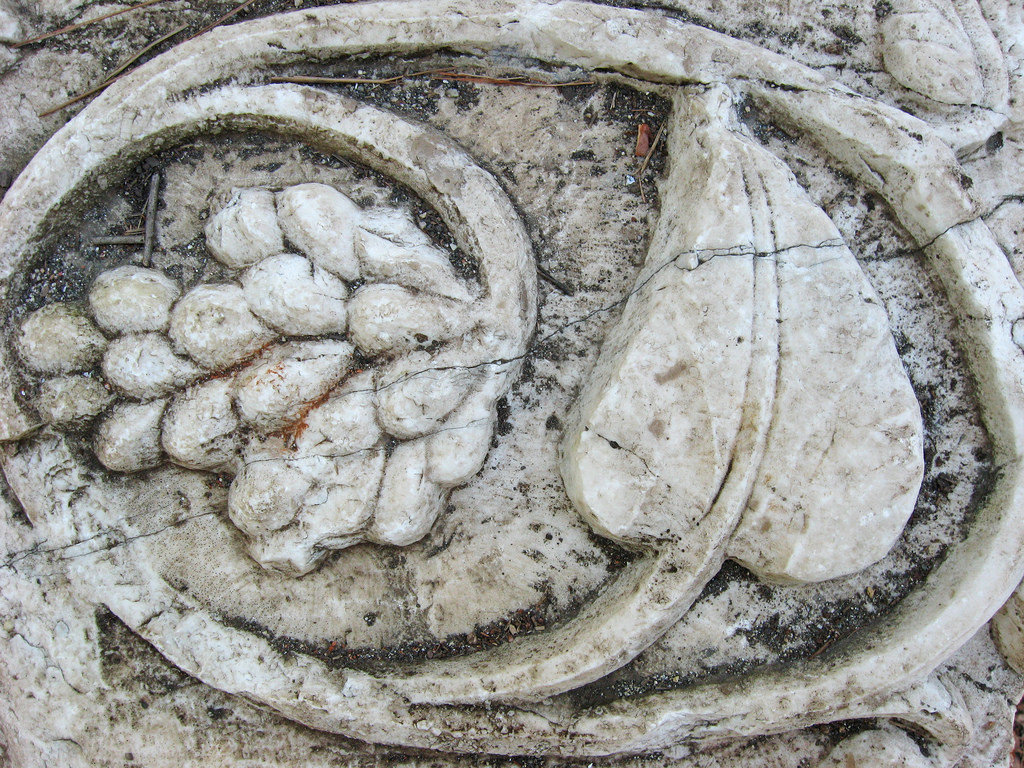 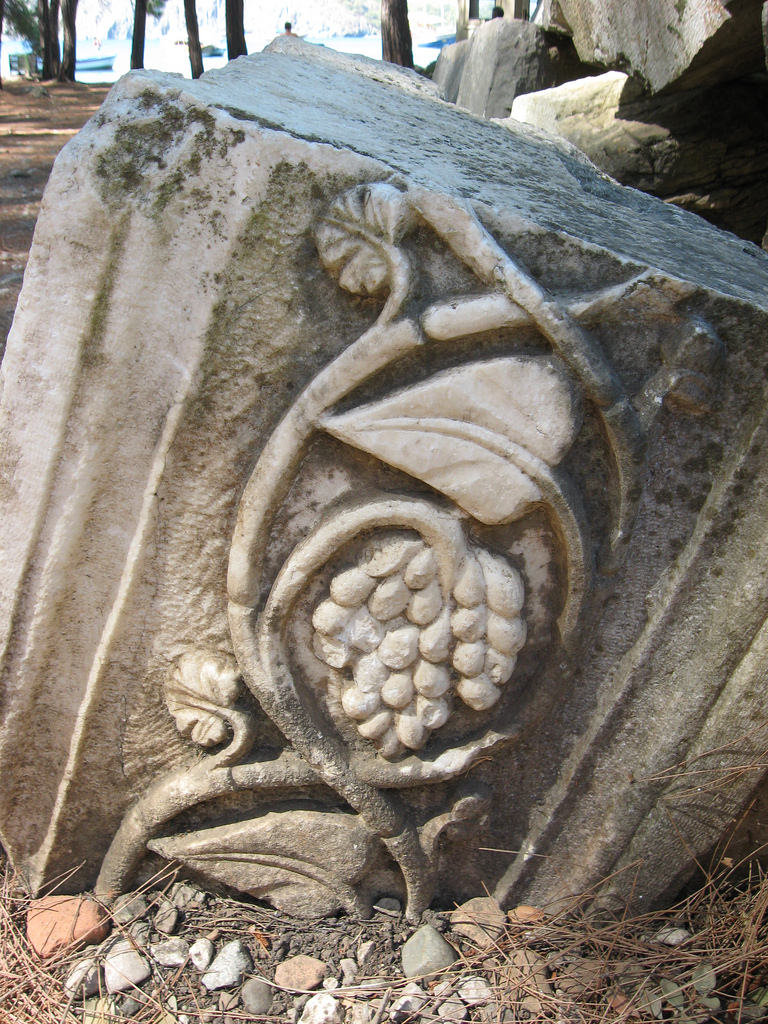 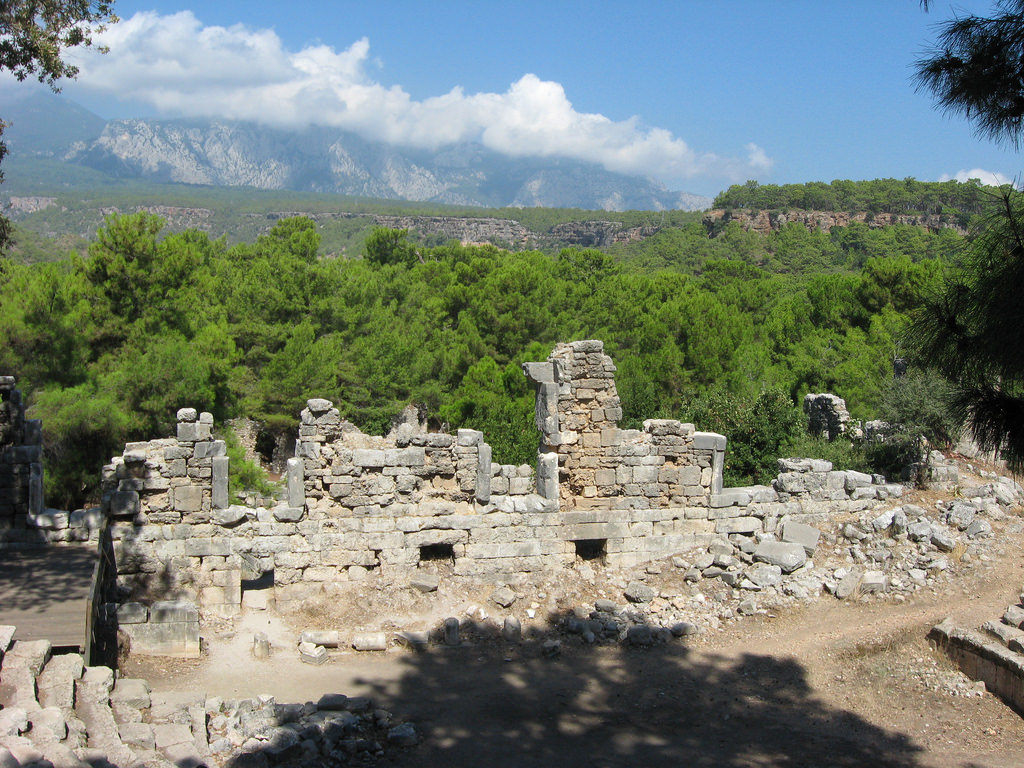 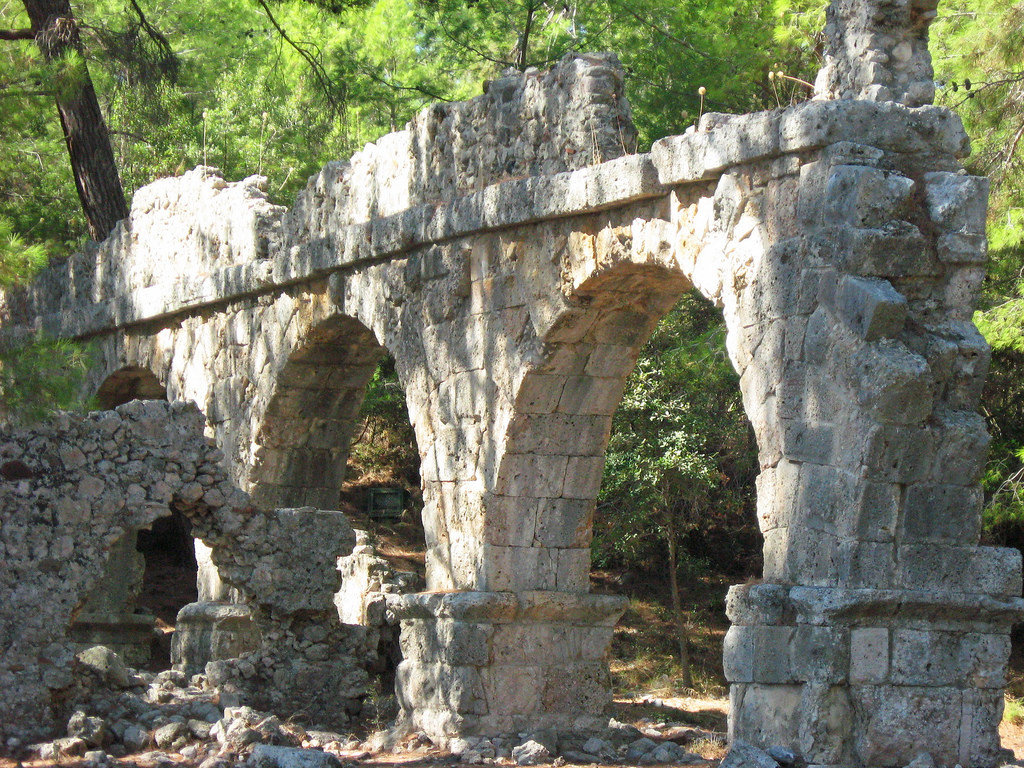 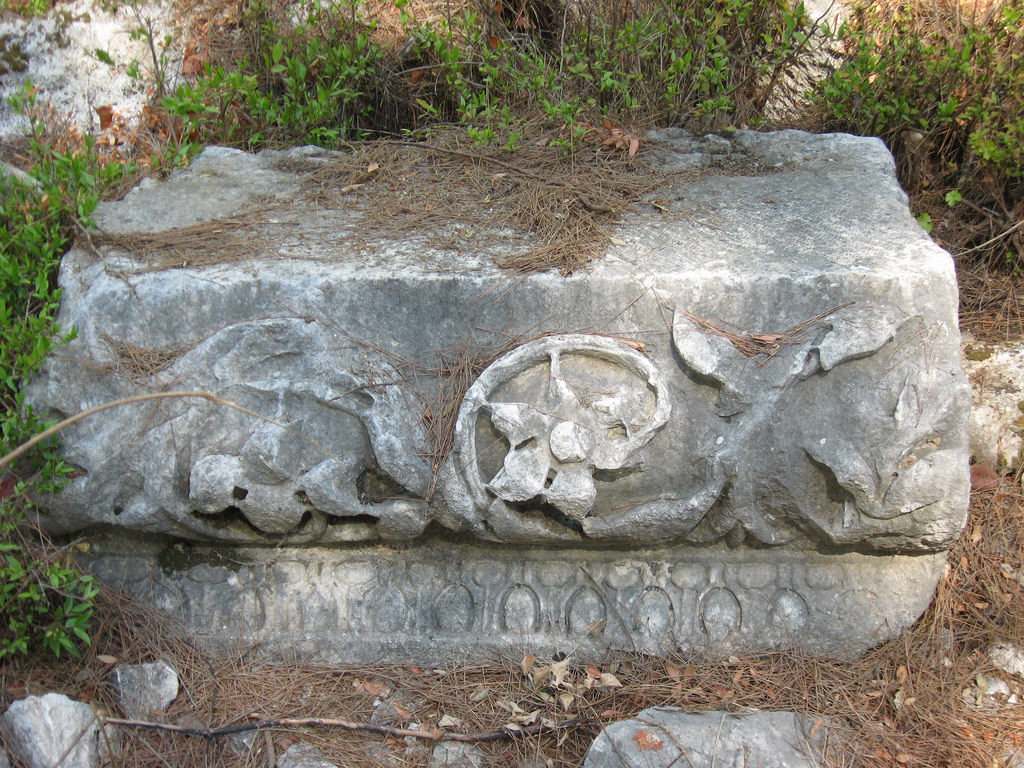 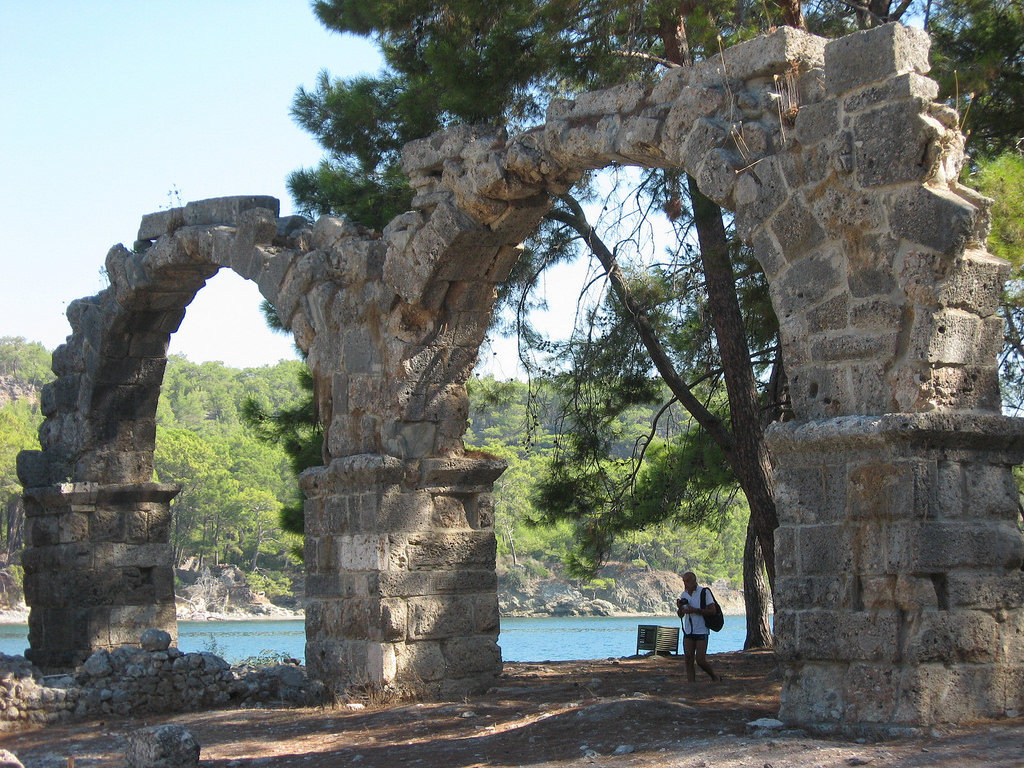 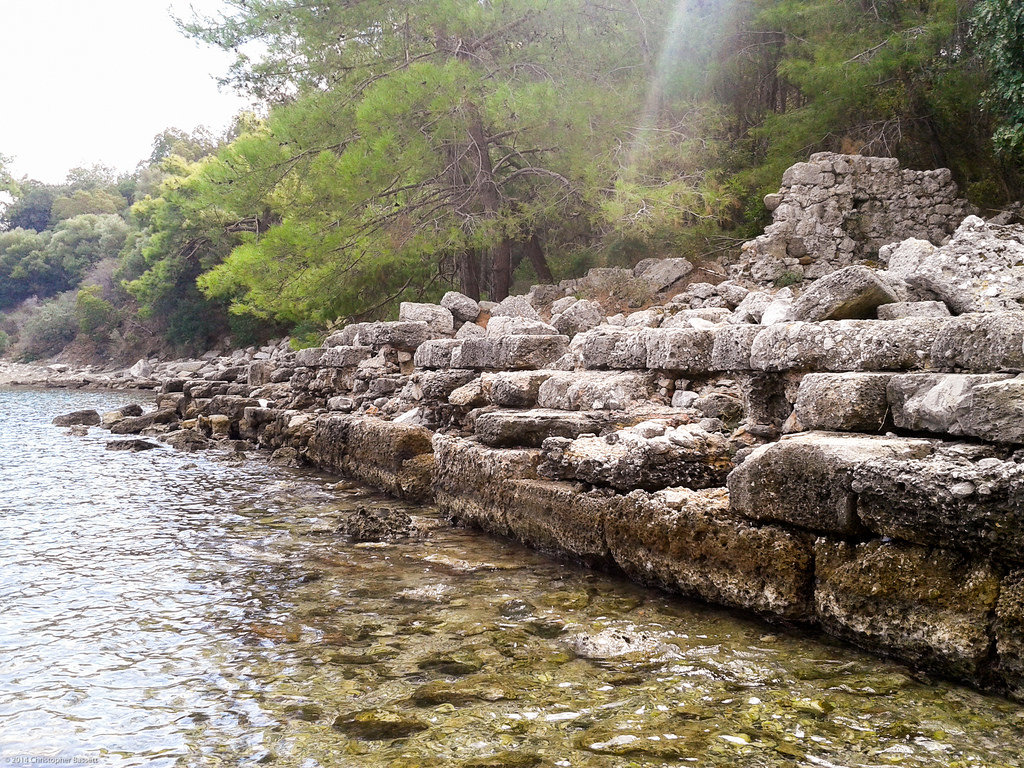 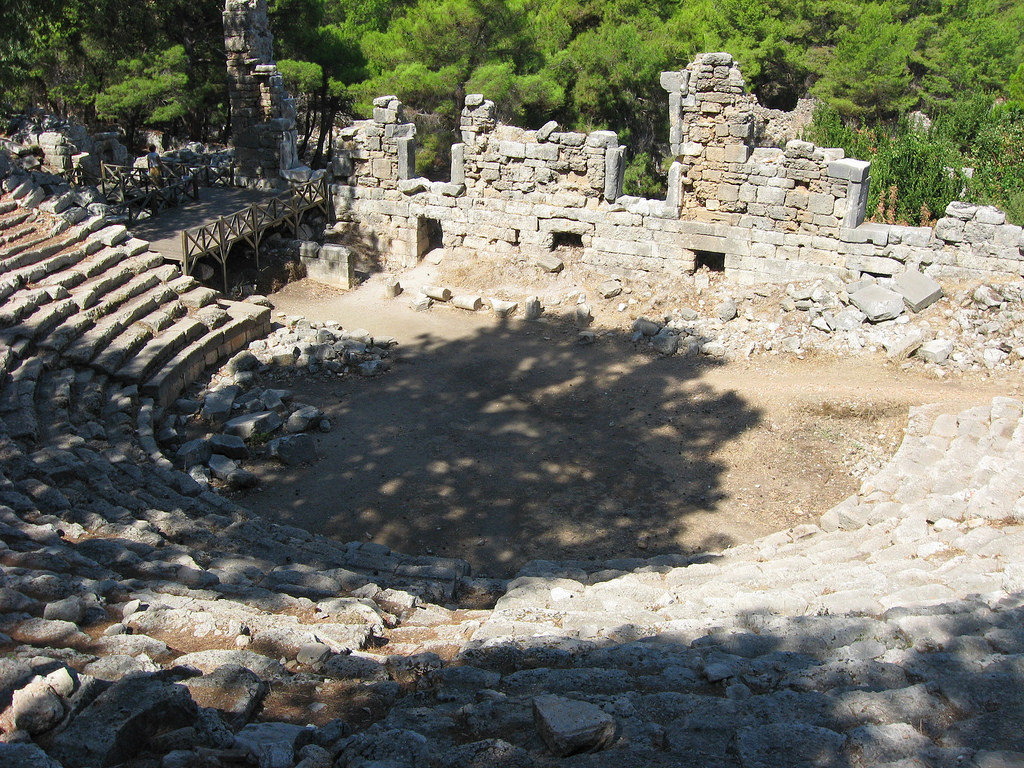