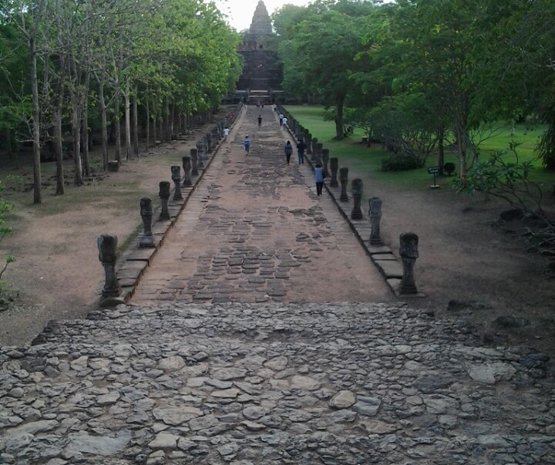 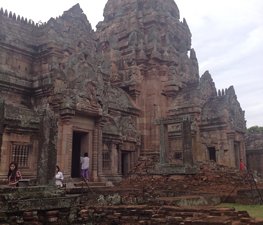 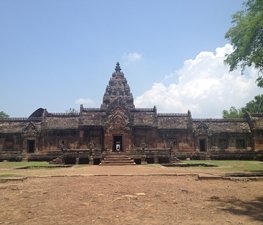 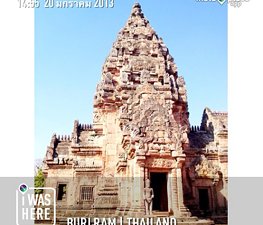 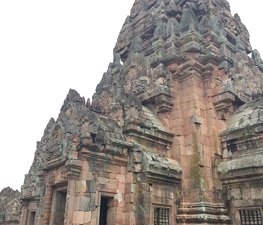 Phanom Rung (Thai: ปราสาทหินพนมรุ้ง), or, with its full name, Prasat Hin Phanom Rung (Phanom Rung Stone Castle), is a Khmer temple complex set on the rim of an extinct volcano at 1,320 feet above sea level, in Buriram province in the Isan region of Thailand. It was built in sandstone and laterite in the 10th to 13th centuries. It was a Hindu shrine dedicated to Shiva, and symbolises Mount Kailash, his heavenly dwelling.

Thailand's Department of Fine Arts spent 17 years restoring the complex to its original state from 1971 till 1988. On 21 May, 1988, the park was officially opened by Princess Maha Chakri Sirindhorn. In 2005, the temple was submitted to UNESCO for consideration as a future world heritage site.

After the three-leveled lower stairway, the visitor finds himself/herself on the first cruciform platform with a first peek at the main temple. On the right, northward, is Phlab Phla or the White Elephant House. The pavilion is believed to be the place where kings and the royal family would change attire before rituals. Royalty would then enter the Processional Walkway, one of the most impressive elements of the park. It is 160 meters long and bordered by seventy sandstone posts with tops of lotus buds. The Walkway itself is paved with laterite blocks.

The Walkway leads to the first of three naga bridges. The five-headed snakes face all four directions and are from the 12th century. This bridge represents the connection between heaven and earth. The naga bridge leads to the upper stairway, which is divided into five sets. Each set has terraces on the sides. The last terrace is wide, made with laterite blocks. It has a cruciform shape and four small pools. A couple more steps lead to the second naga bridge. It has the same shape as the first one, only smaller. In the middle the remains of an eight petalled lotus carving can be seen.

This final terrace leads to the outer gallery. It probably used to be a wooden gallery with a tiled roof, but only a raised floor of laterite remains. After the outer gallery one reaches the inner gallery, which is divided in long and narrow rooms. It served as a wall around the principal tower. This last gallery leads to the third and last naga bridge, another small copy of the first one.

The bridge leads you directly into the main sanctuary. After the antechamber and the annex, one reaches the principal tower. Double porches lead out in all directions. The inner sanctum used to have the "linga", the divine symbol of Shiva. Currently, only the "somasutra" remains which was used to drain water during religious rites. The entrances have various lintels and icons depicting Hindu religious stories, e.g. the dancing Shiva and the five Yogi's. The southern entrance is guarded by a sandstone statue.

Apart from the main tower, other buildings in the compound are:

The information on Architecture comes from the park's English language guidebook:

The Phimai historical park protects one of the most important Khmer

Prasat Ak Yum (Khmer: ប្រាសាទអកយំ) is temple in the Angkor region of

The Phimai historical park protects one of the most important Khmer

Mueang Sing (Thai: เมืองสิงห์ (Pronunciation)) is a historical park i 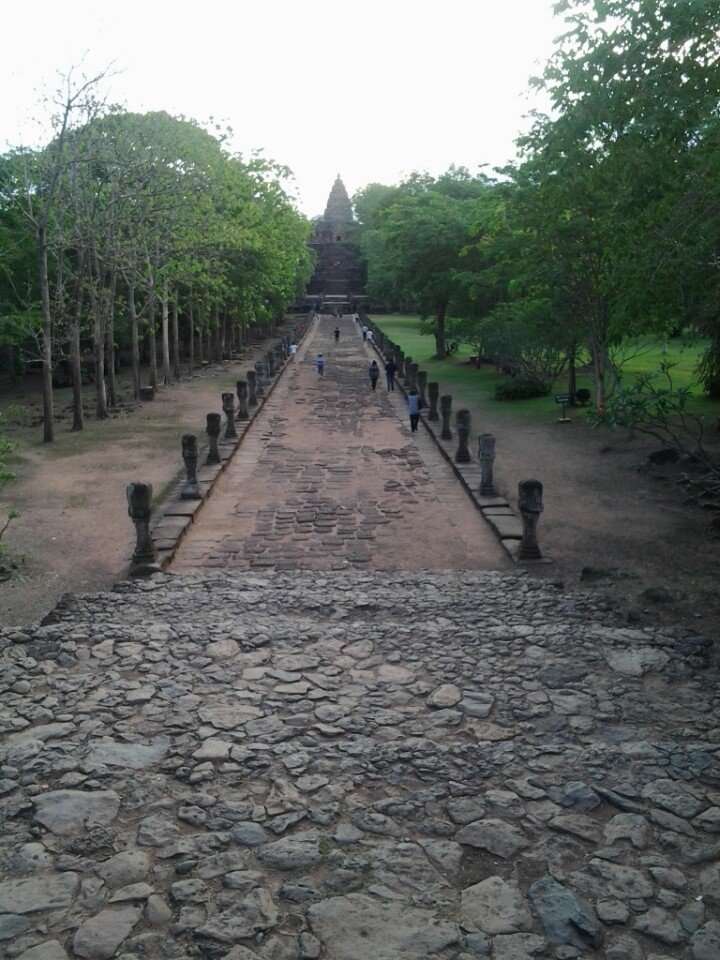 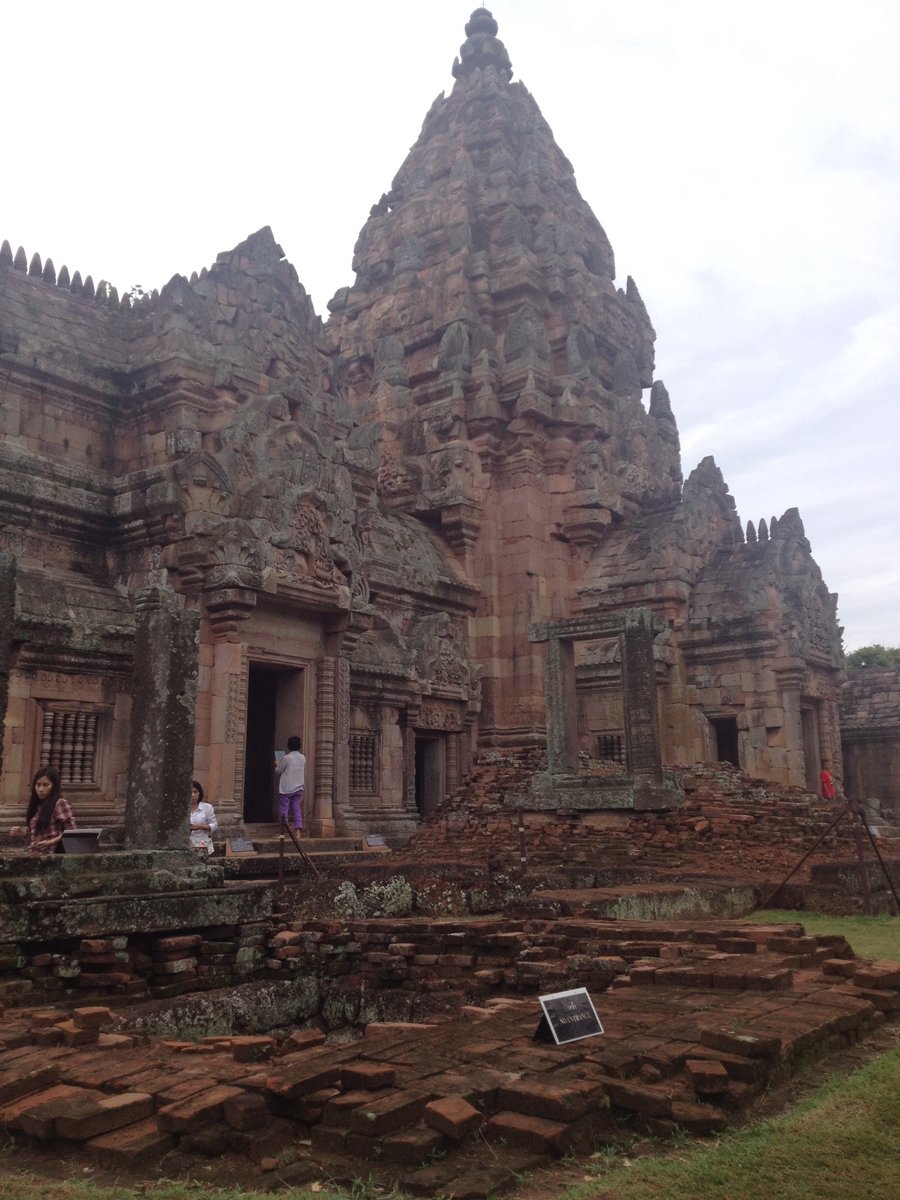 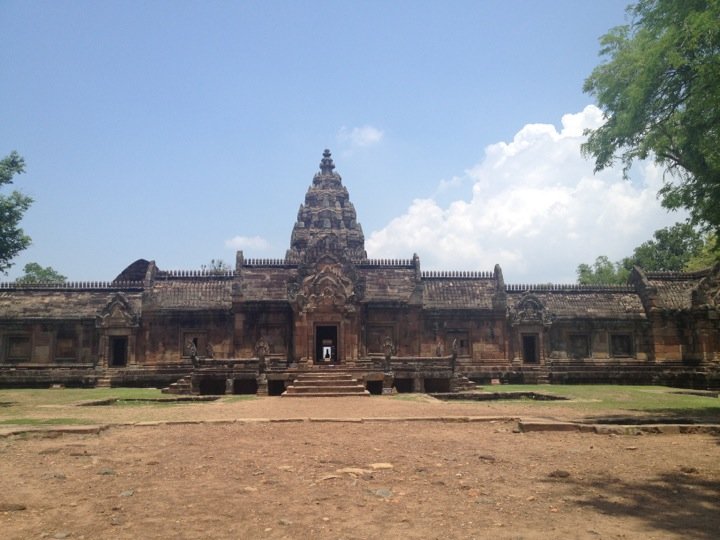 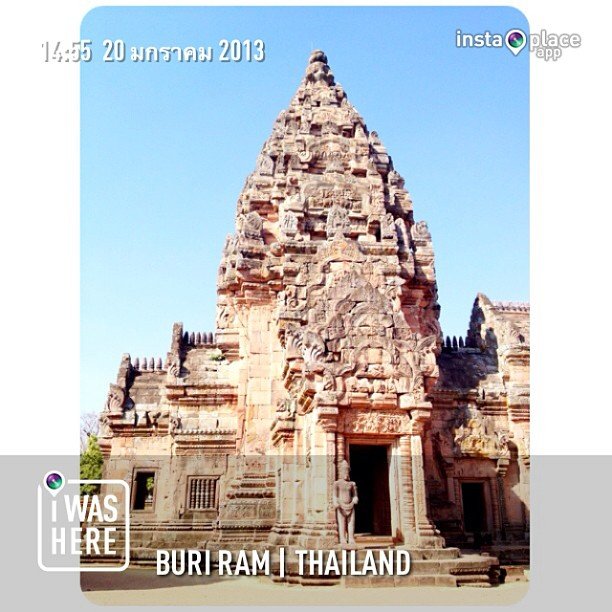 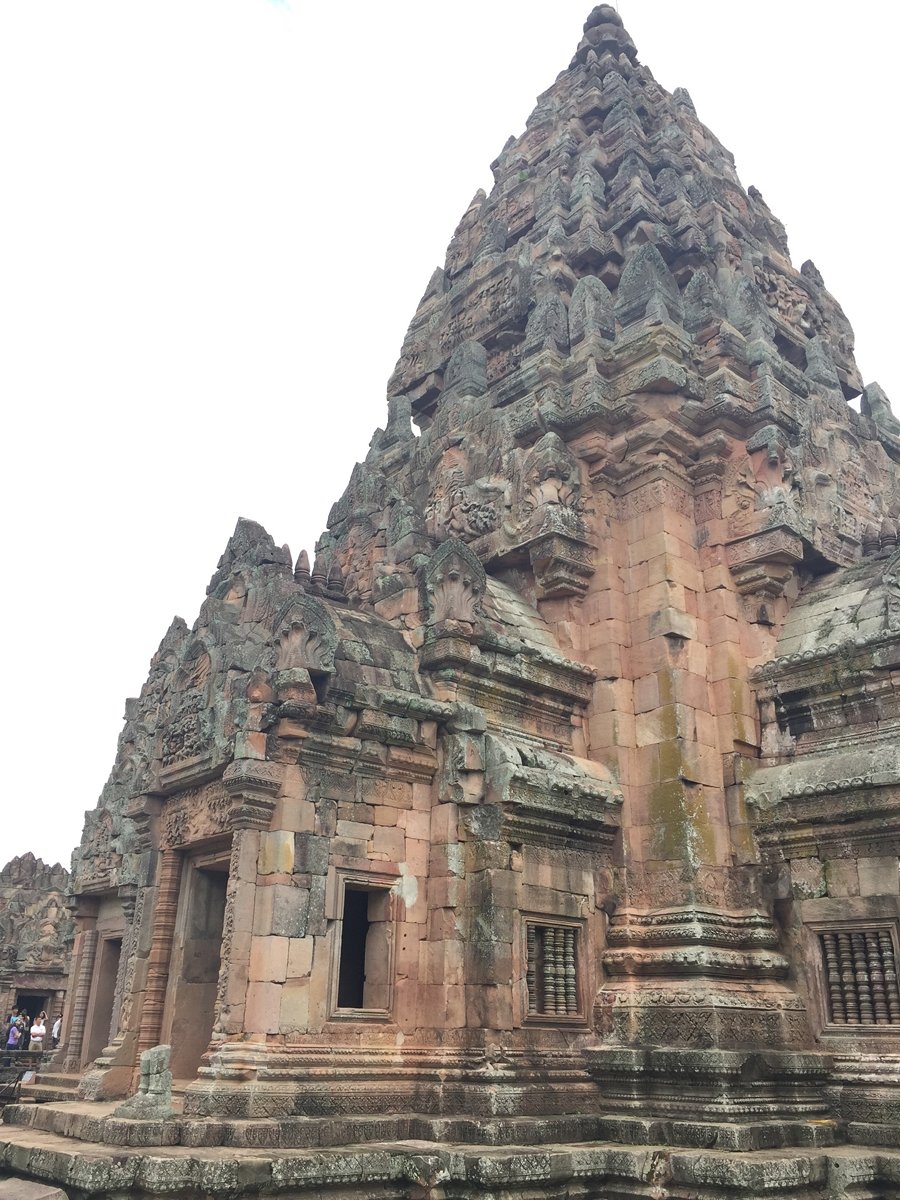 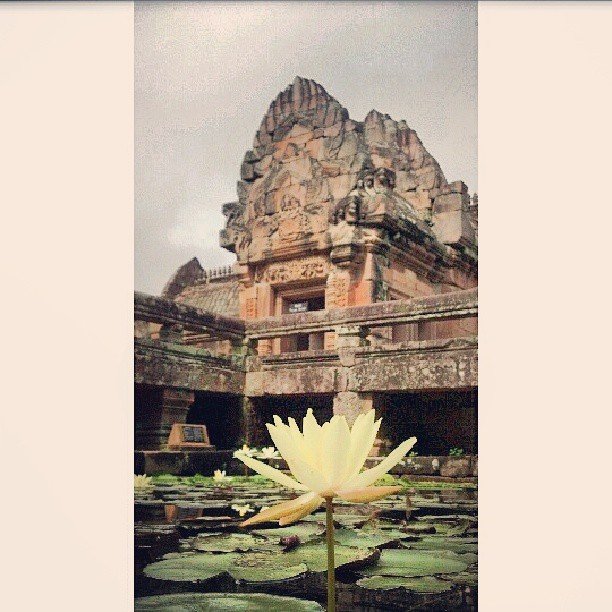 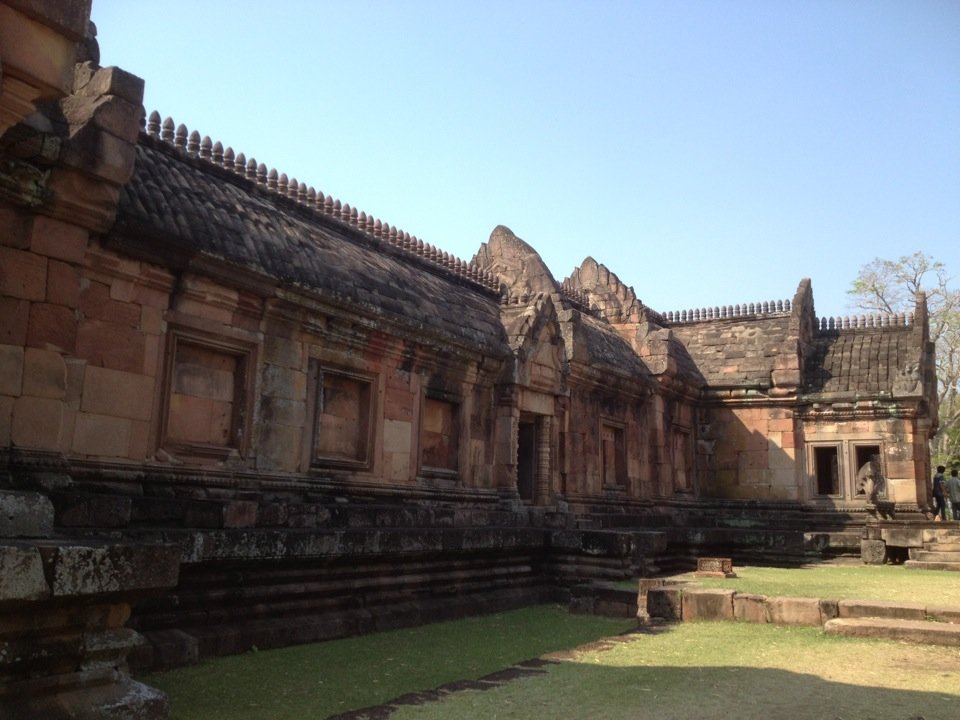 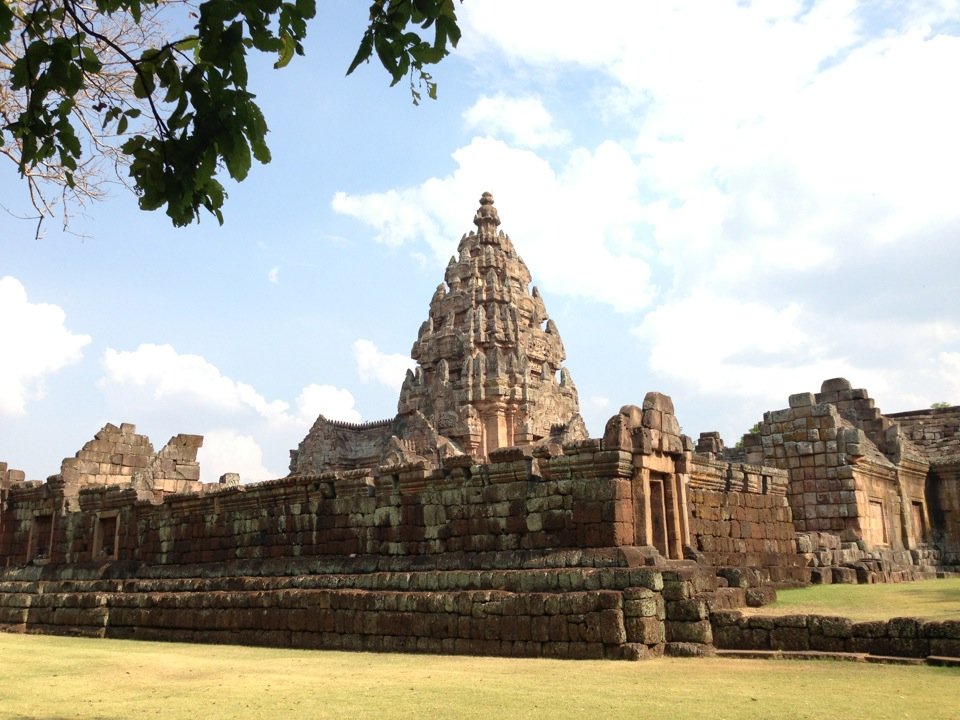 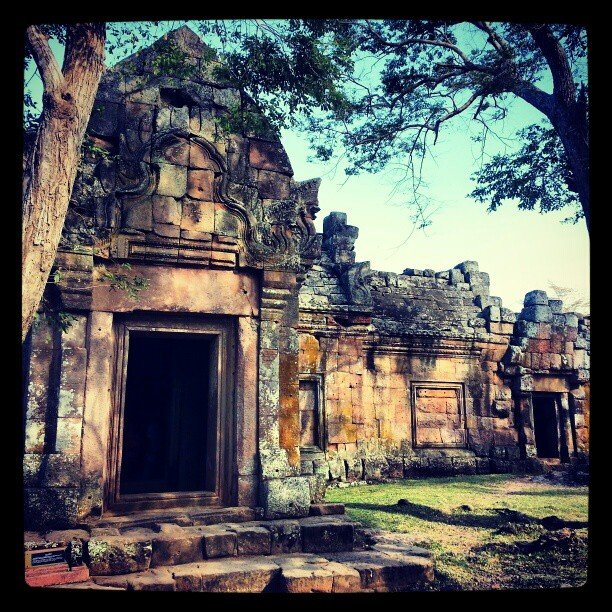 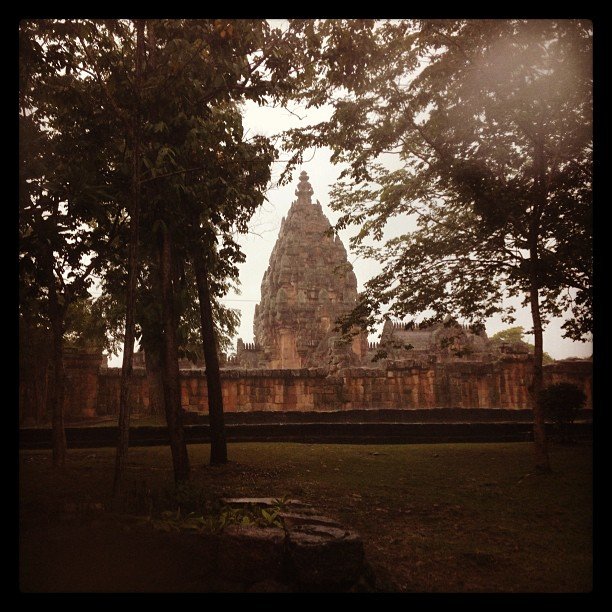 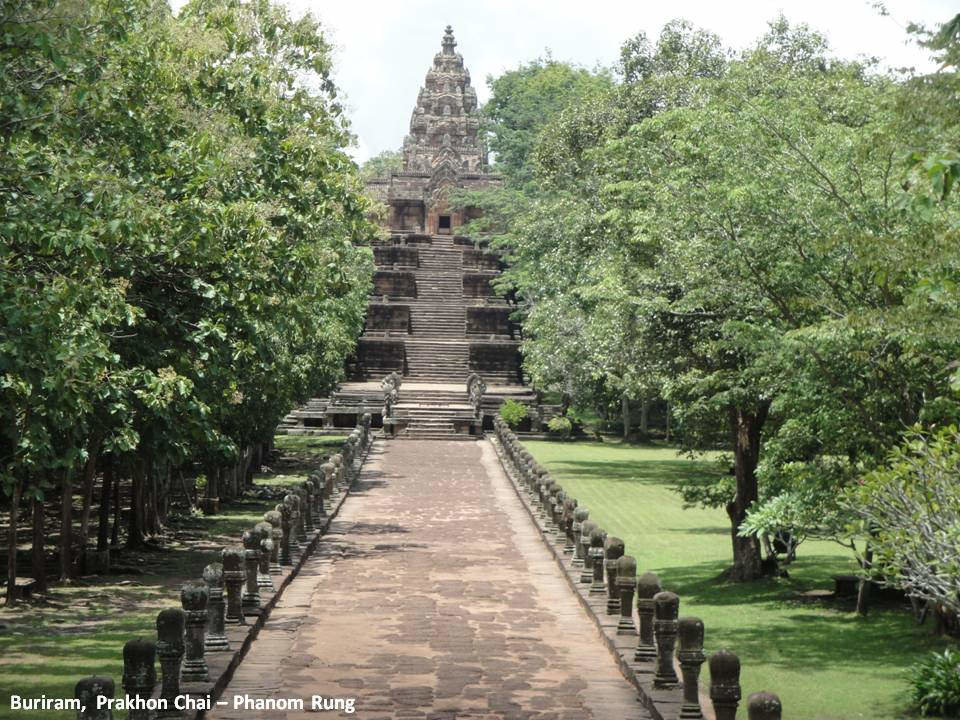 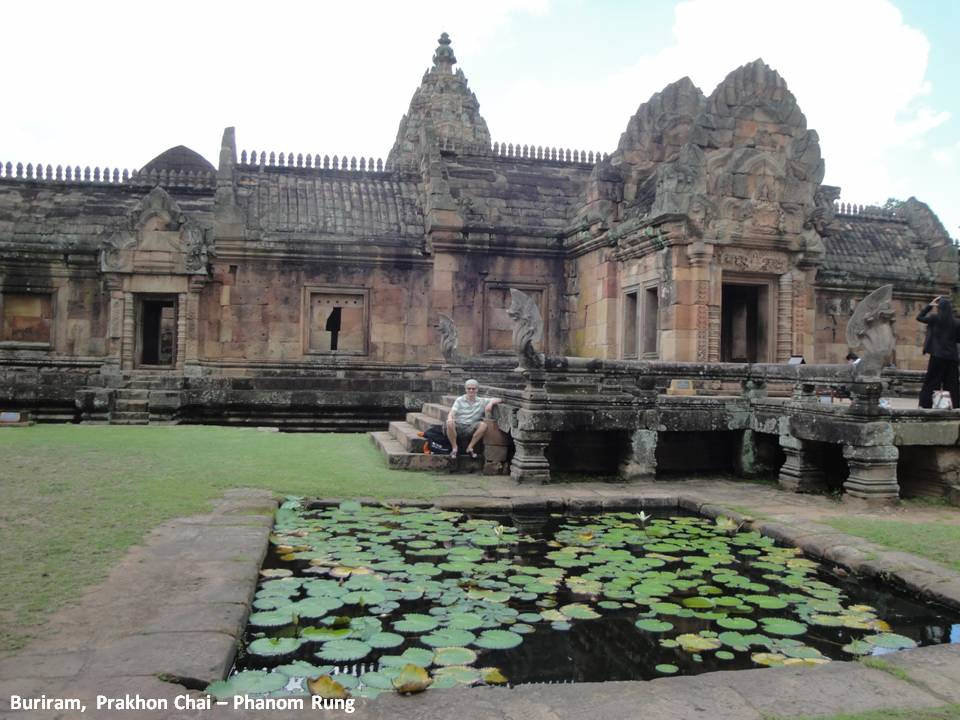 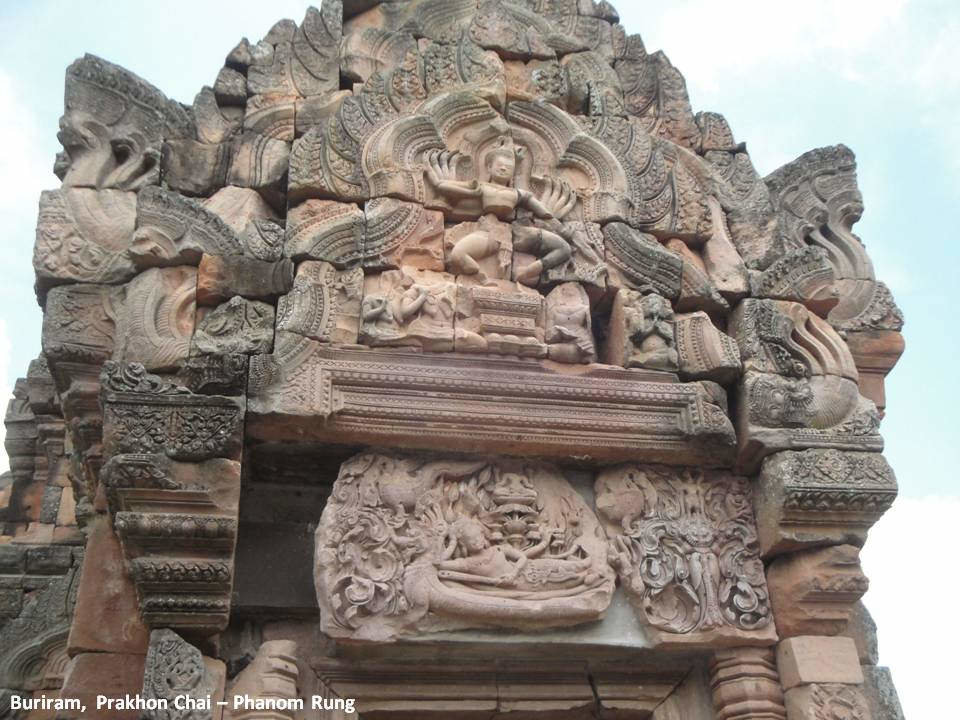 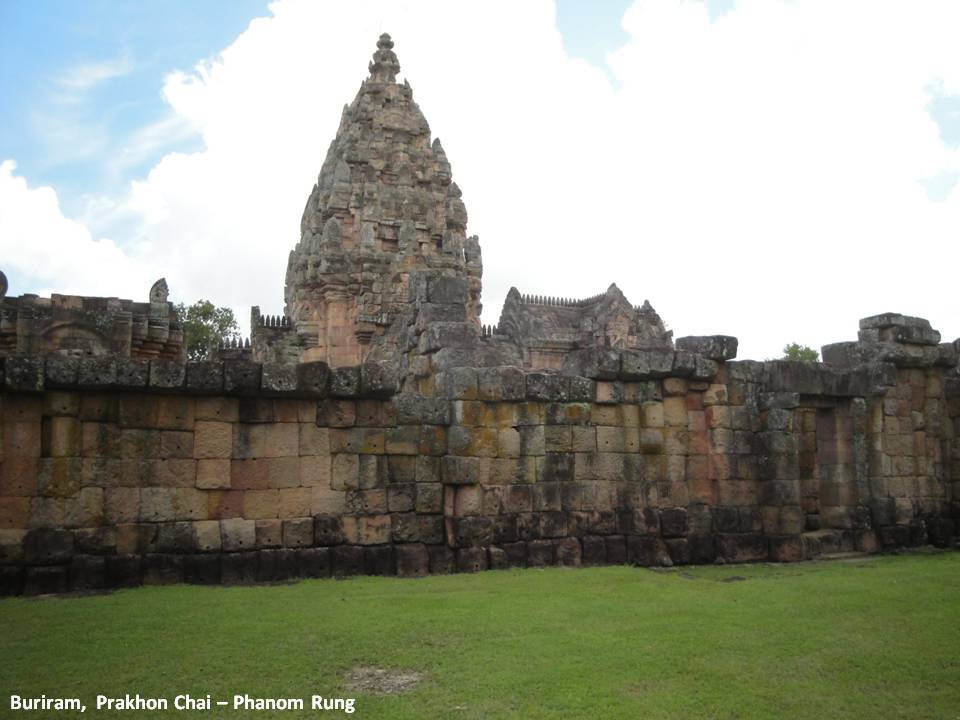 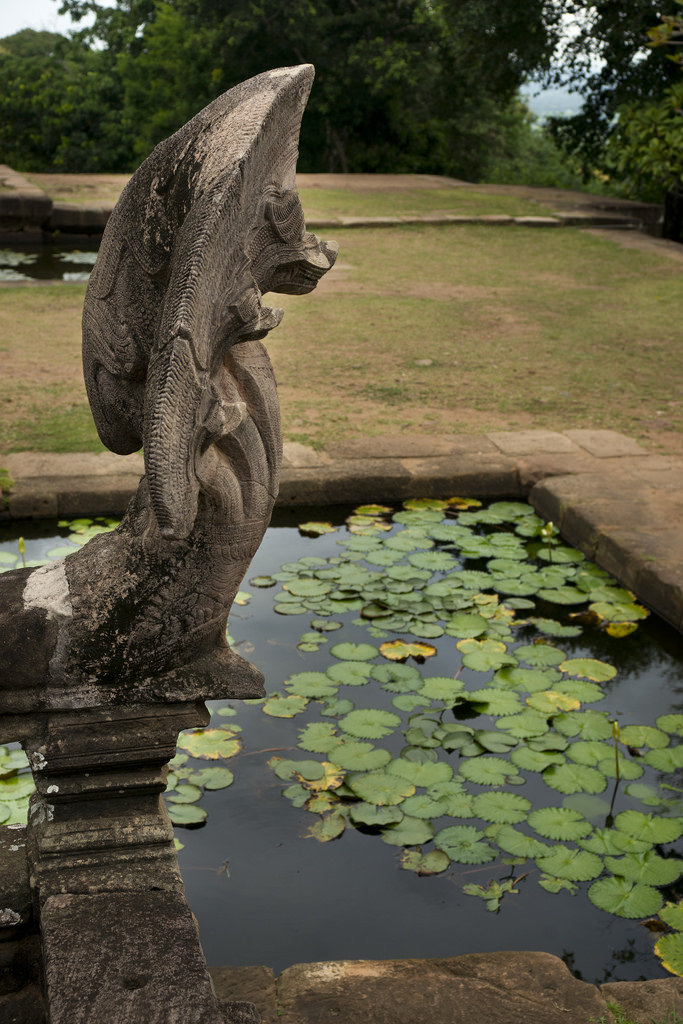 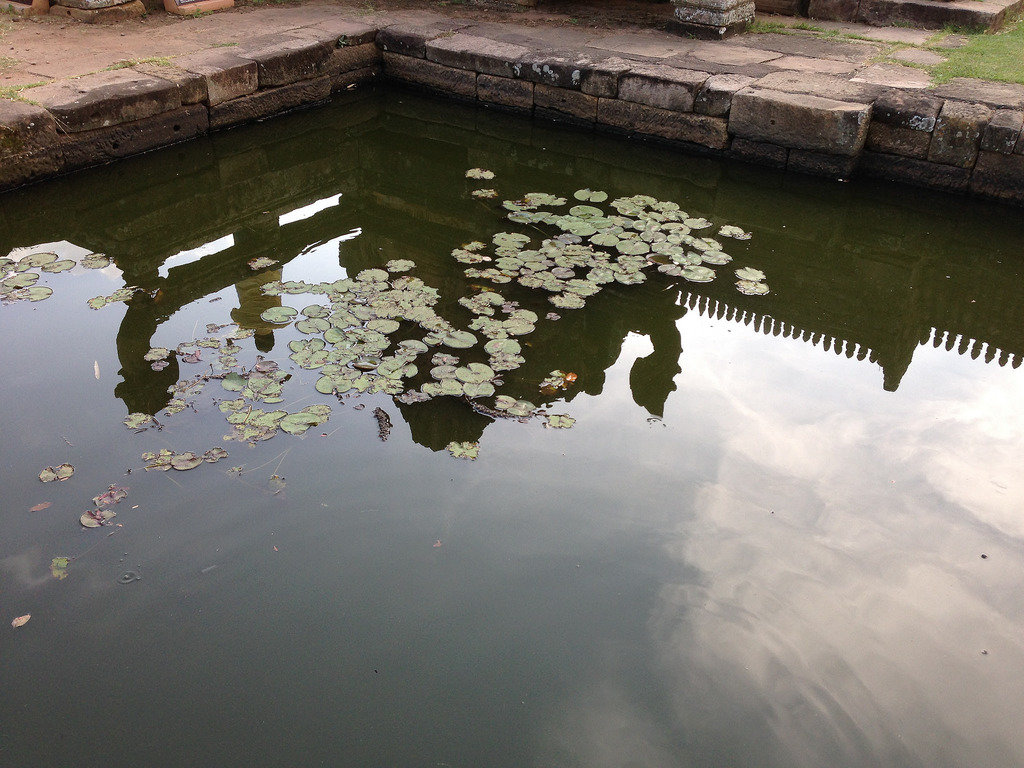 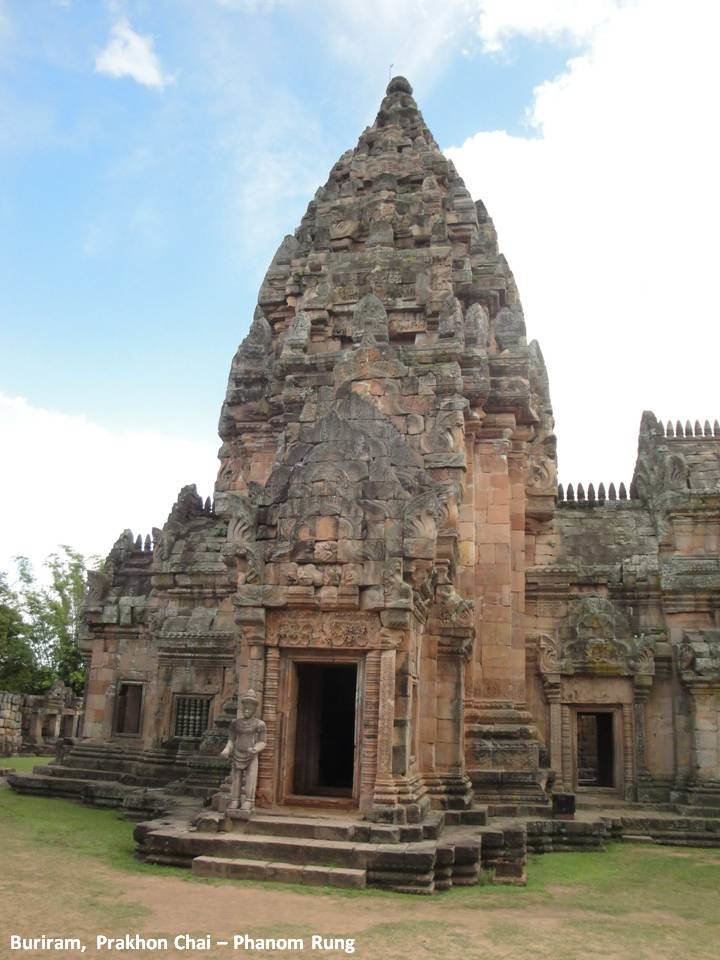 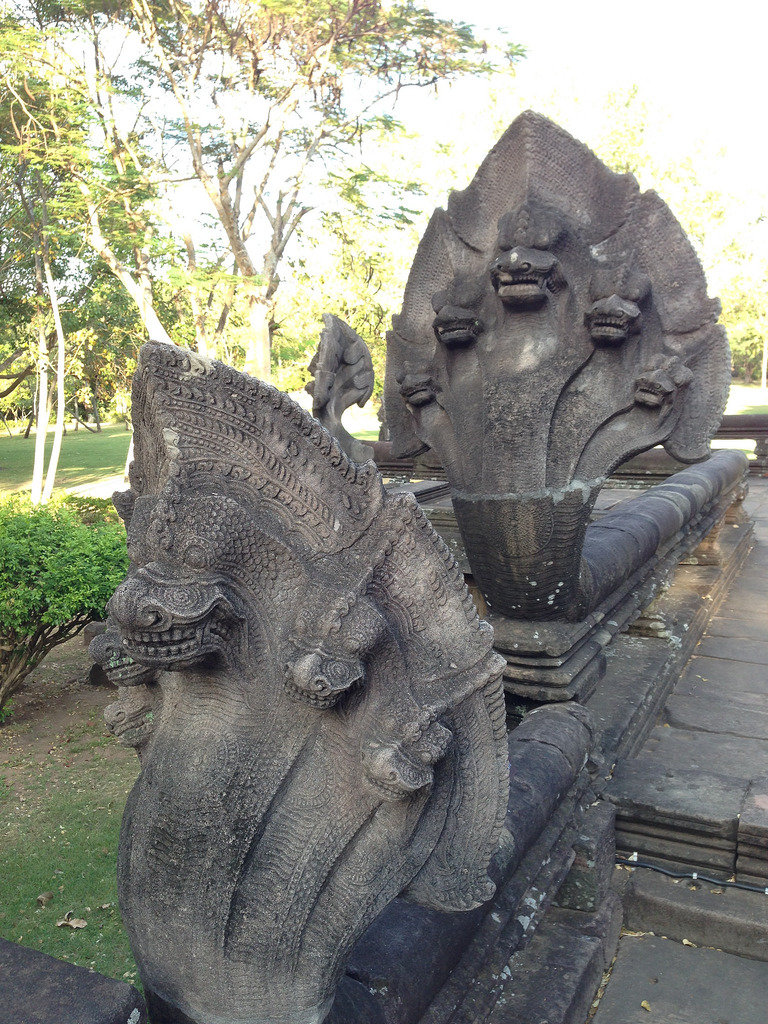 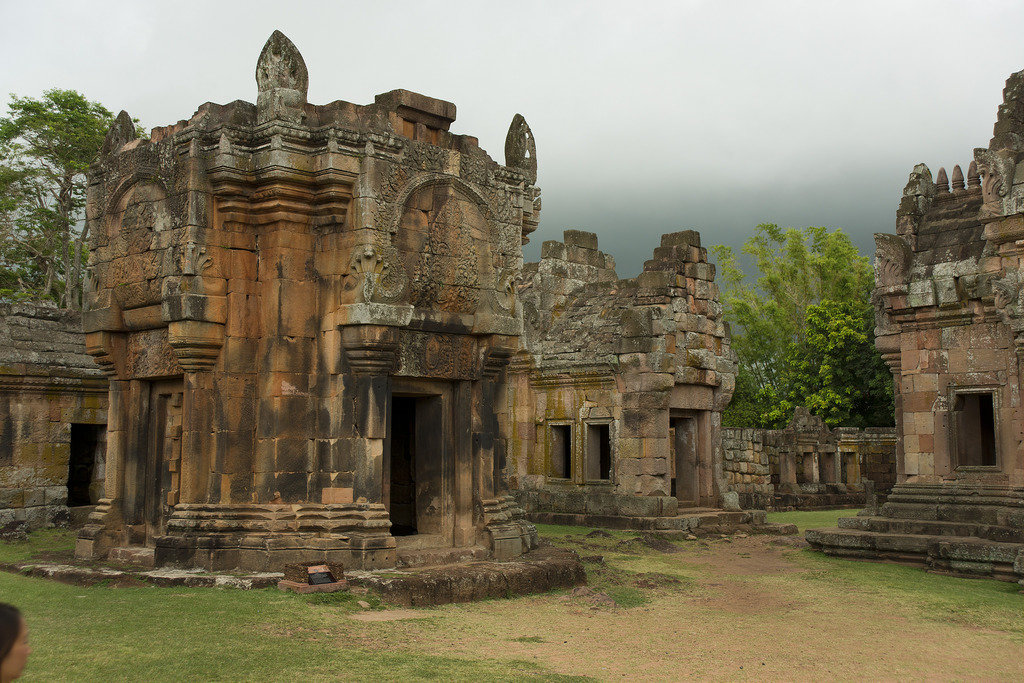 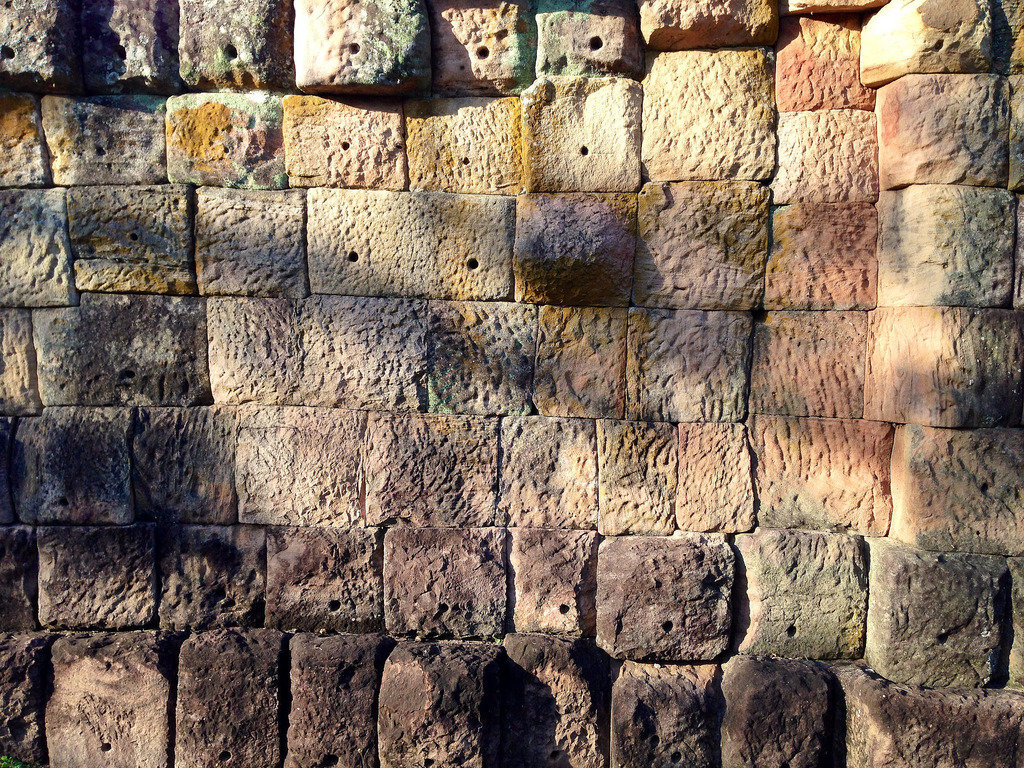 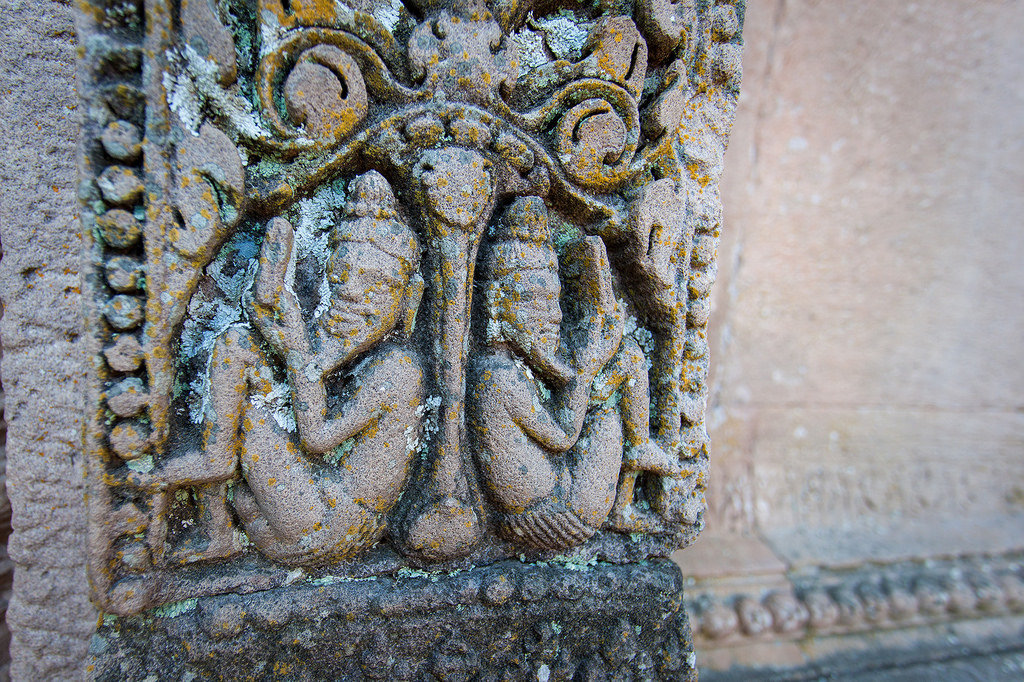