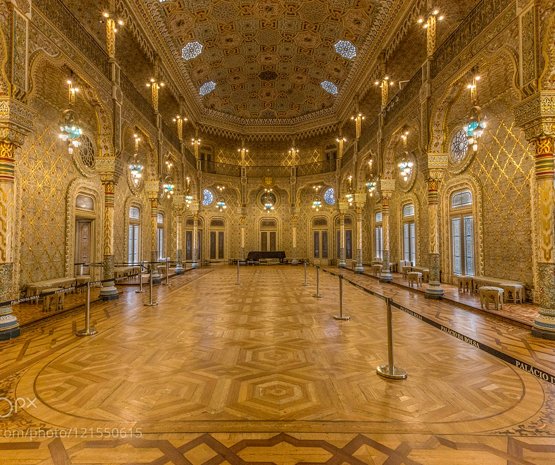 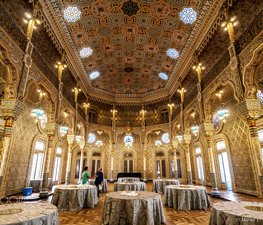 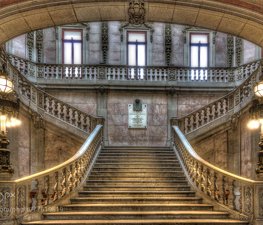 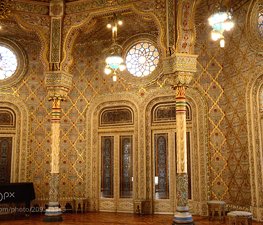 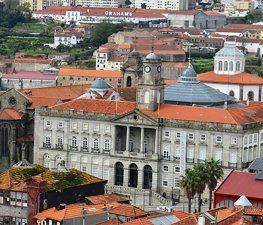 The Palácio da Bolsa (Stock Exchange Palace) is a historical building in Oporto, Portugal. The Palace was built in the 19th century by the city's Commercial Association (Associação Comercial) in Neoclassical style. It is located in the Infante D. Henrique Square in the historical centre of Oporto, designated World Heritage Site by UNESCO.

The Palácio da Bolsa is located beside the St Francis Church of Oporto, which was once part of the St Francis Convent, founded in the 13th century. In 1832, during the Liberal Wars, a fire destroyed the cloisters of the convent, sparing the church. In 1841, Queen Mary II donated the convent ruins to the merchants of the city, who decided to use the spot to build the seat of the Commercial Association.

Building work began in 1842 following the plans of Porto architect Joaquim da Costa Lima Júnior, who designed a Neoclassical palace of Palladian influence, inspired by previous structures built in the city. Most of the palace was finished by 1850, but the decoration of the interior was only completed in 1910 and involved several different artists.

The first architect of the Palácio was Joaquim da Costa Lima Júnior, who was in charge of the project from 1840 until 1860. He was responsible for the general design of the building, inspired by the Neopalladian architecture that was in fashion in Porto since the late 18th century, expressed in buildings like the Hospital of St Anthony (by English architect John Carr), the English Factory (by another Englishman, John Whitehead) and several projects by Portuguese architect Carlos Amarante.

Arab Room.]] The general structure of the Palácio was completed by 1850, but several architectural details were later entrusted to architects Gustavo Adolfo Gonçalves e Sousa (author of the stairway and the Arab Room), Tomás Augusto Soler (metallic dome of the courtyard) and Joel da Silva Pereira (Tribunal Room), among others.

The interior of the Palace, only finished in 1910, was magnificently decorated by several artists. The central courtyard (Nations' Courtyard - Pátio das Naçoes) is covered by a large metallic, octagonal dome with glass panels, designed by Tomás Soler and built after 1880. The lower part of the dome is decorated with the painted coats-of-arms of Portugal and the countries with which Portugal had commercial relations in the 19th century. To the back of the courtyard, a sumptuous stairway, built in 1868 by Gonçalves e Sousa, leads to the upper storeys and is adorned with busts by celebrated sculptors António Soares dos Reis and António Teixeira Lopes. The ceiling frescoes were painted by António Ramalho.

Several rooms of the Palace - Tribunal Room, Assembly Room, Golden Room - display furniture by José Marques da Silva, allegoric paintings by José Maria Veloso Salgado and João Marques de Oliveira, sculptures by Teixeira Lopes and many other works of art. The highlight of the Palace is, however, the Arab Room, built between 1862 and 1880 by Gonçalves e Sousa. The room is magnificently decorated in the exotic Moorish Revival style, fashionable in the 19th century, and is used as reception hall for personalities and heads of state visiting Porto.

Alex Kostusyak
It's one of the best places in the whole country. The local interiors are quite impressive, and guides are very pleasant and informative. You can hardly take the taste of the city without visiting it

Radosław W
Fantastic place, worth visiting. Entrance is at each half hour in different languages so you need to wait for your group.

Stella Wilderom
after the visit don't forget to make a stop at the wines space: there are lots of information of all regions wines plus free tasting session with the most traditional wines of Portugal! Worth a visit!

lamazone
One to cross of your Porto list. Tickets come with a guided visit: the guide will give you details on the architecture and the history. The Arabian room is really worth the visit.

The Fountain of Colher (português. Fonte da Colher|links=no), is a

The Monplaisir Palace is part of the Peterhof Palace Complex, Russia. 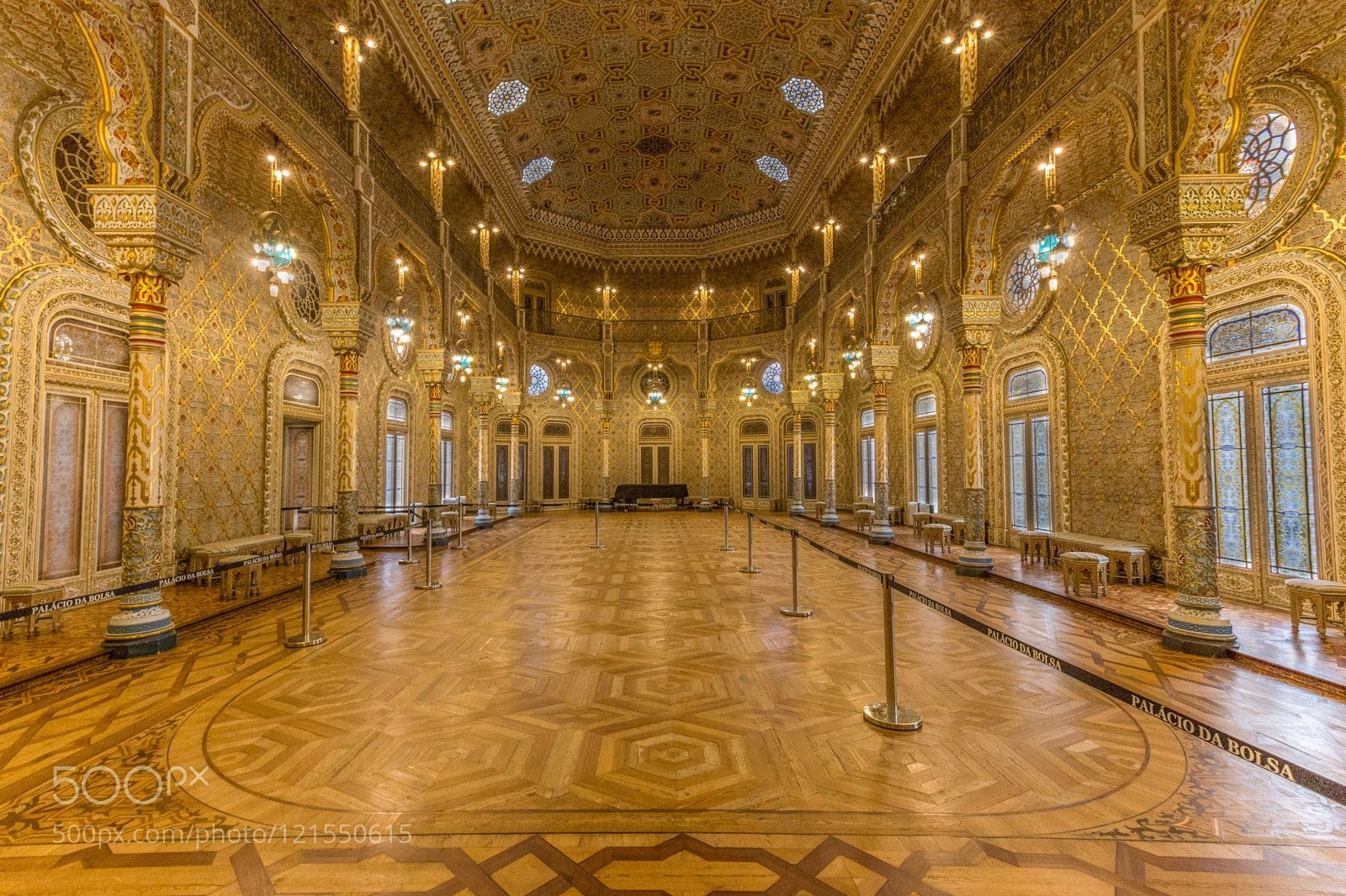 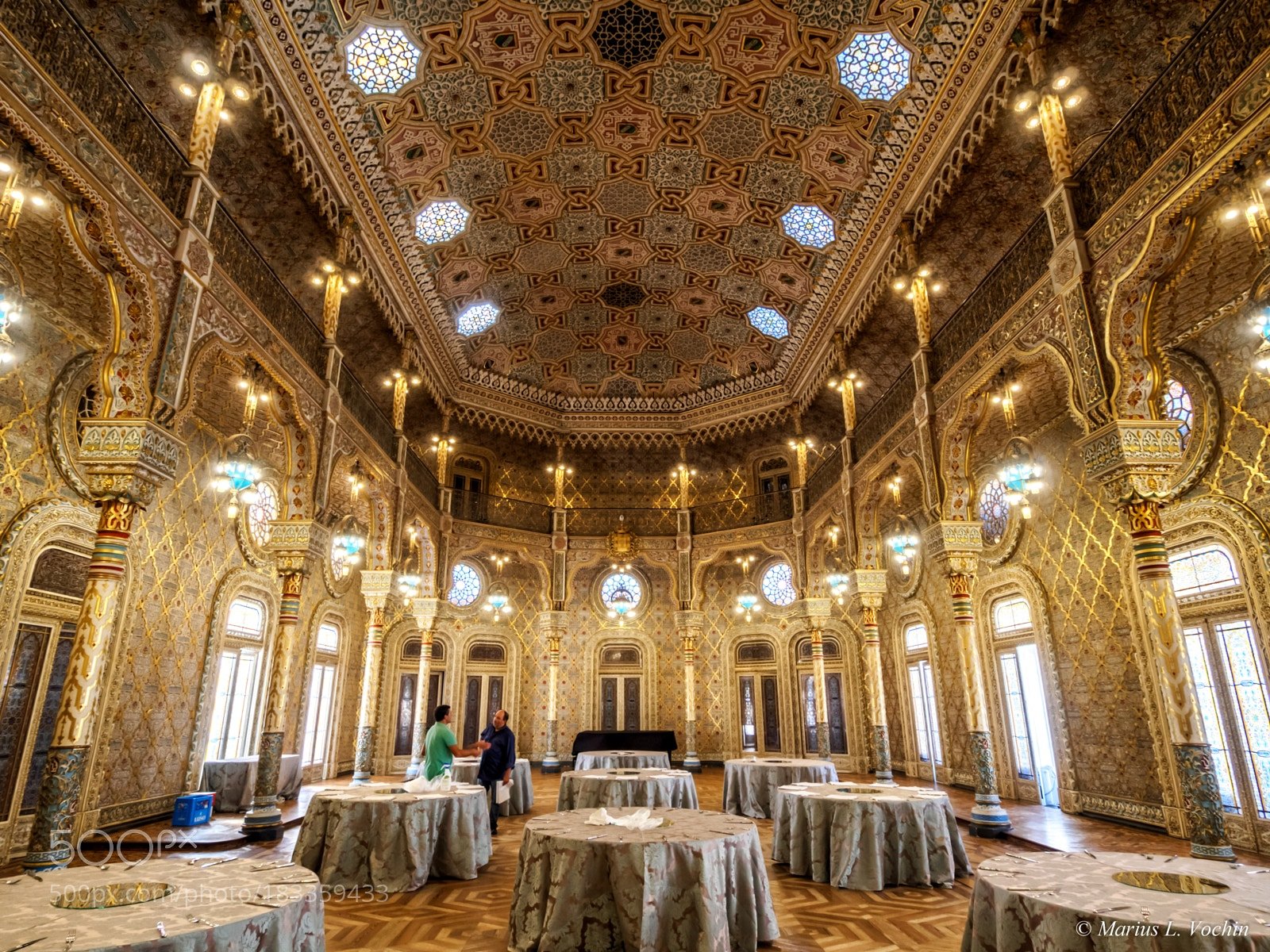 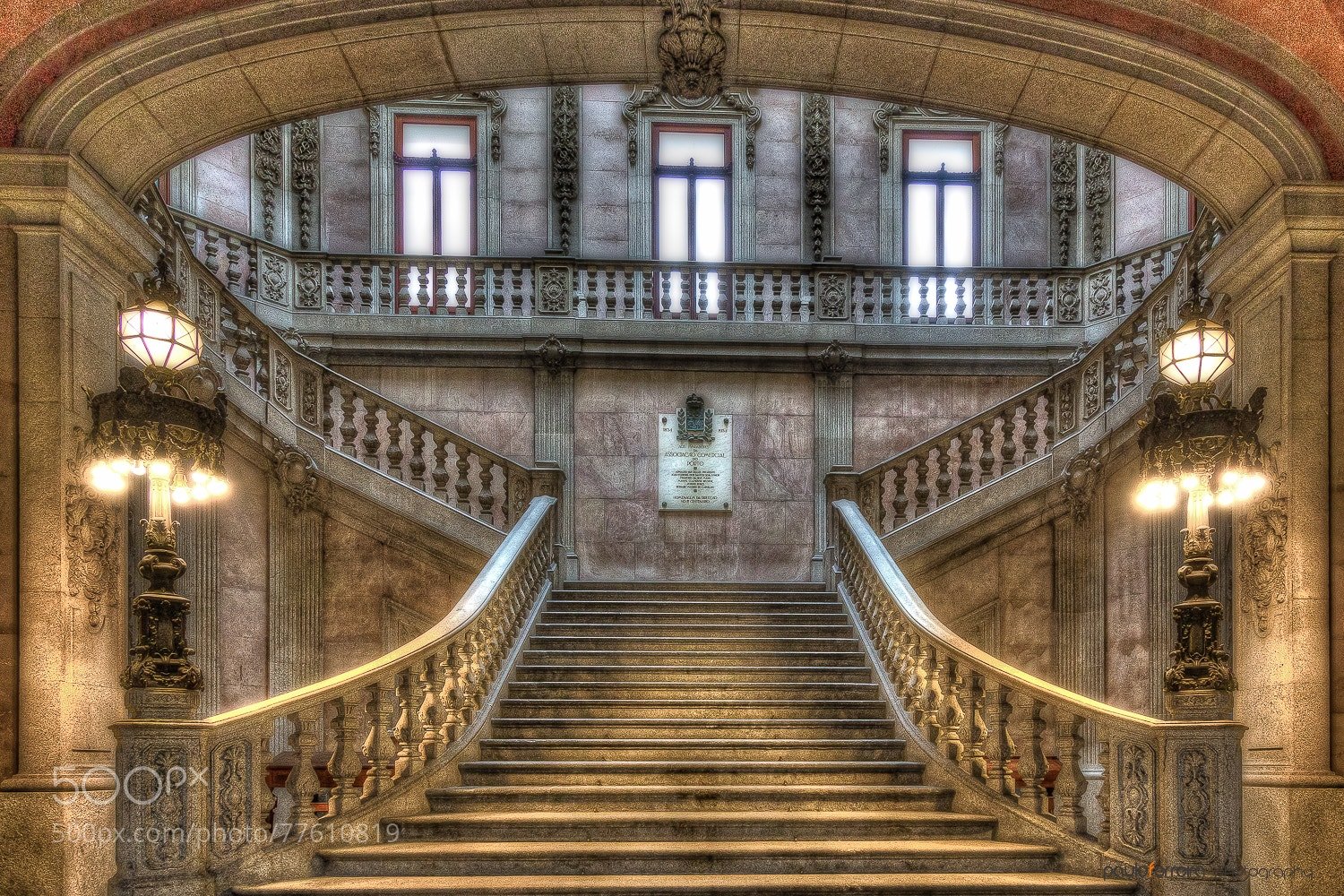 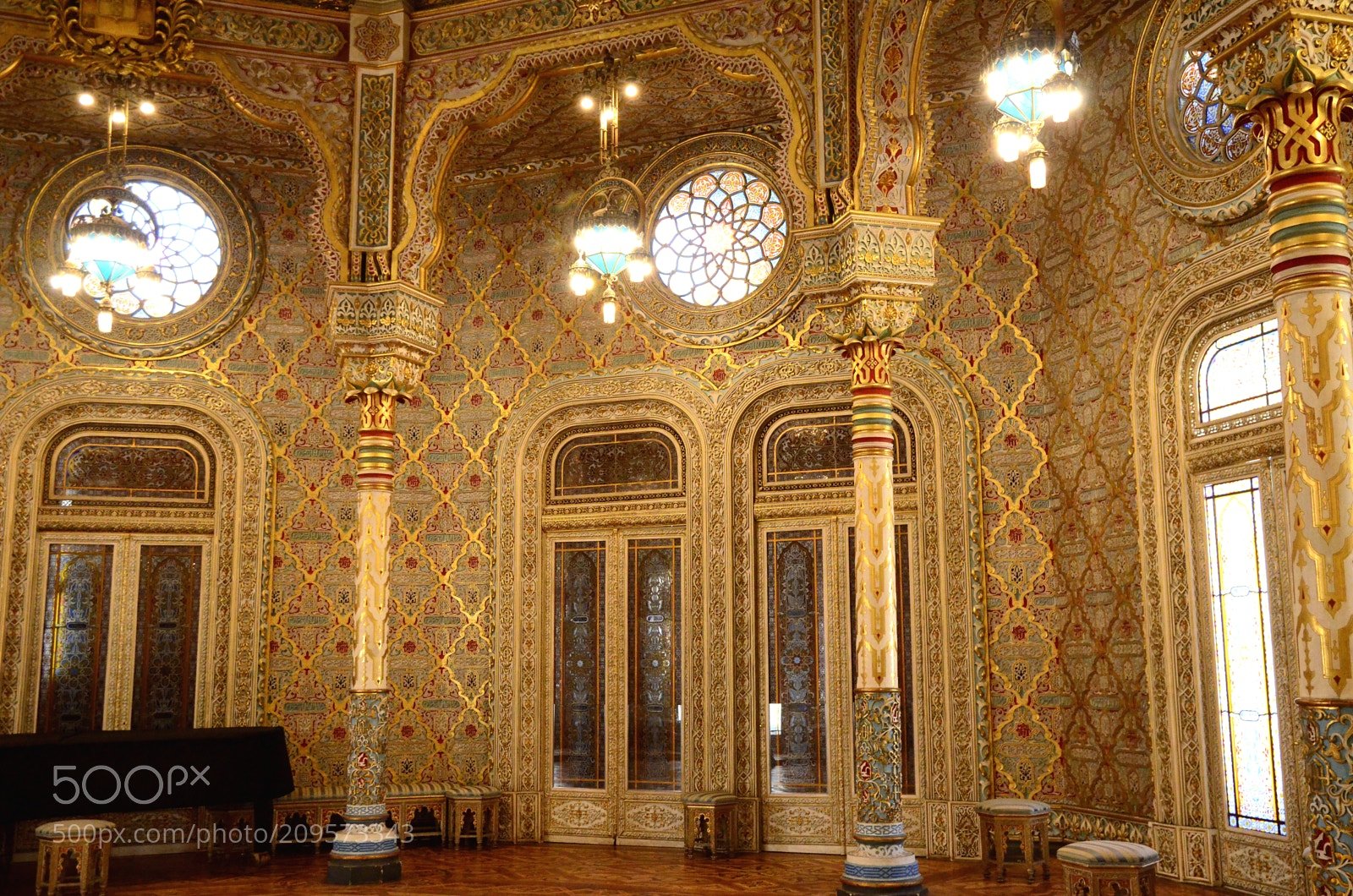 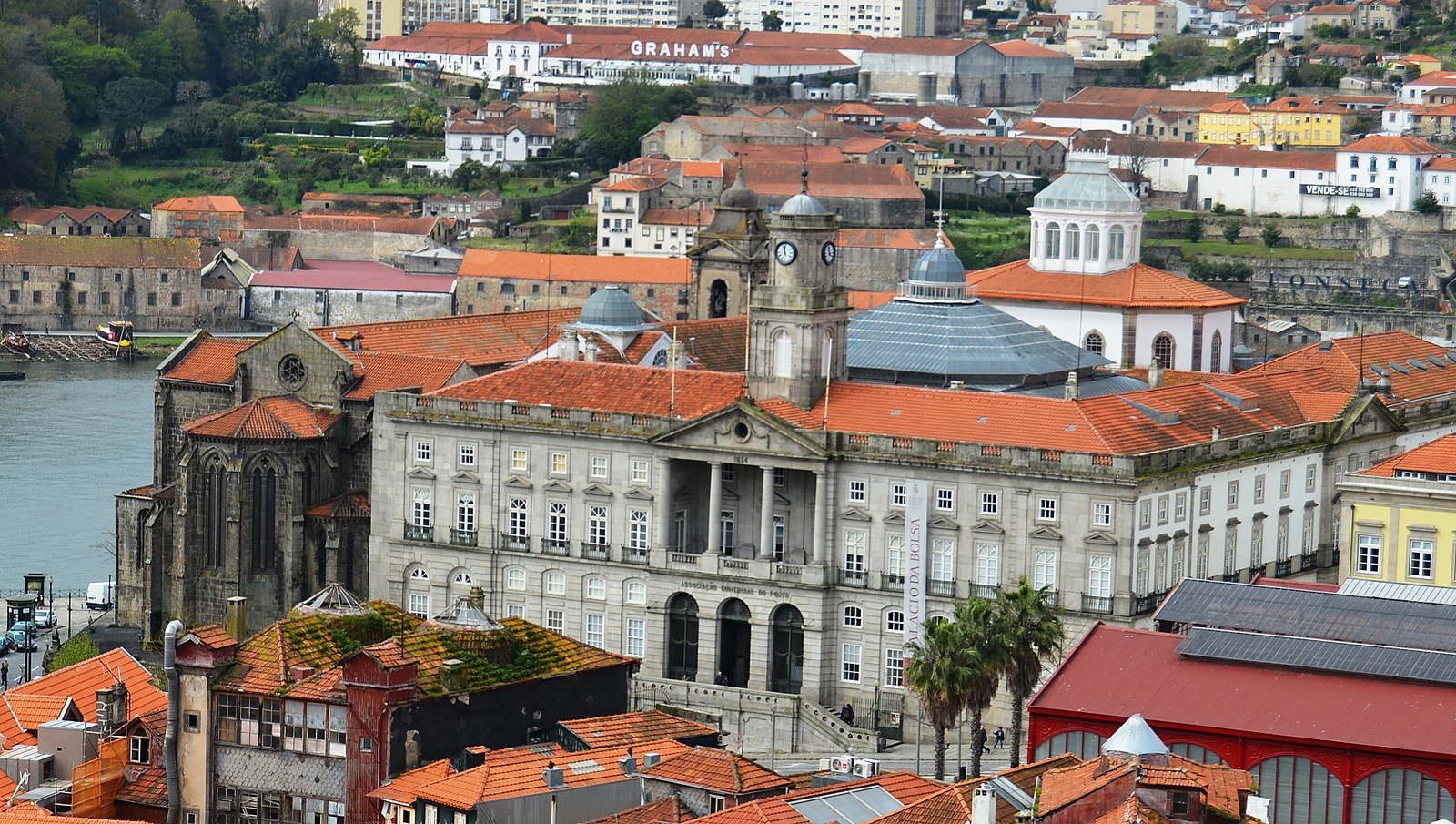 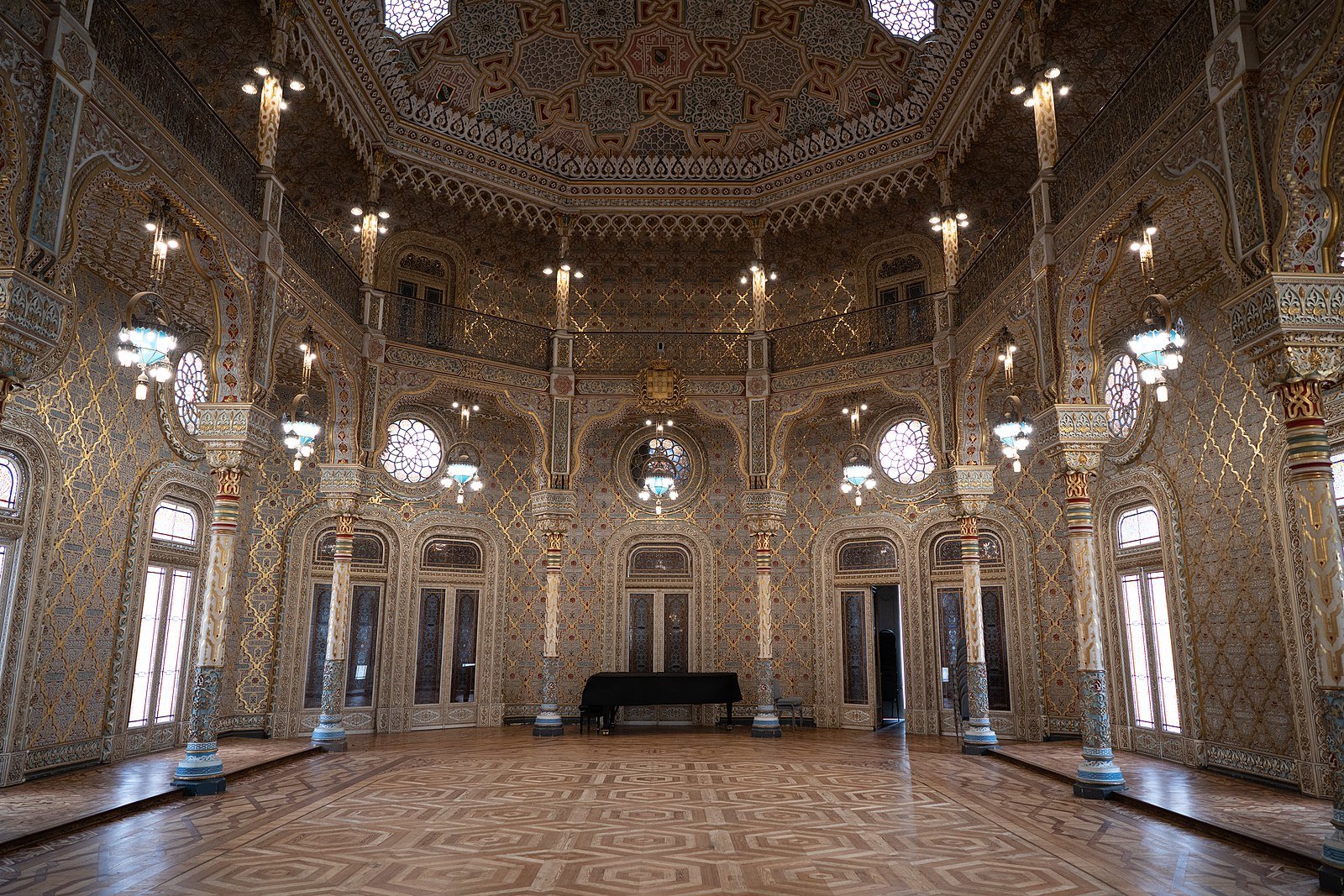 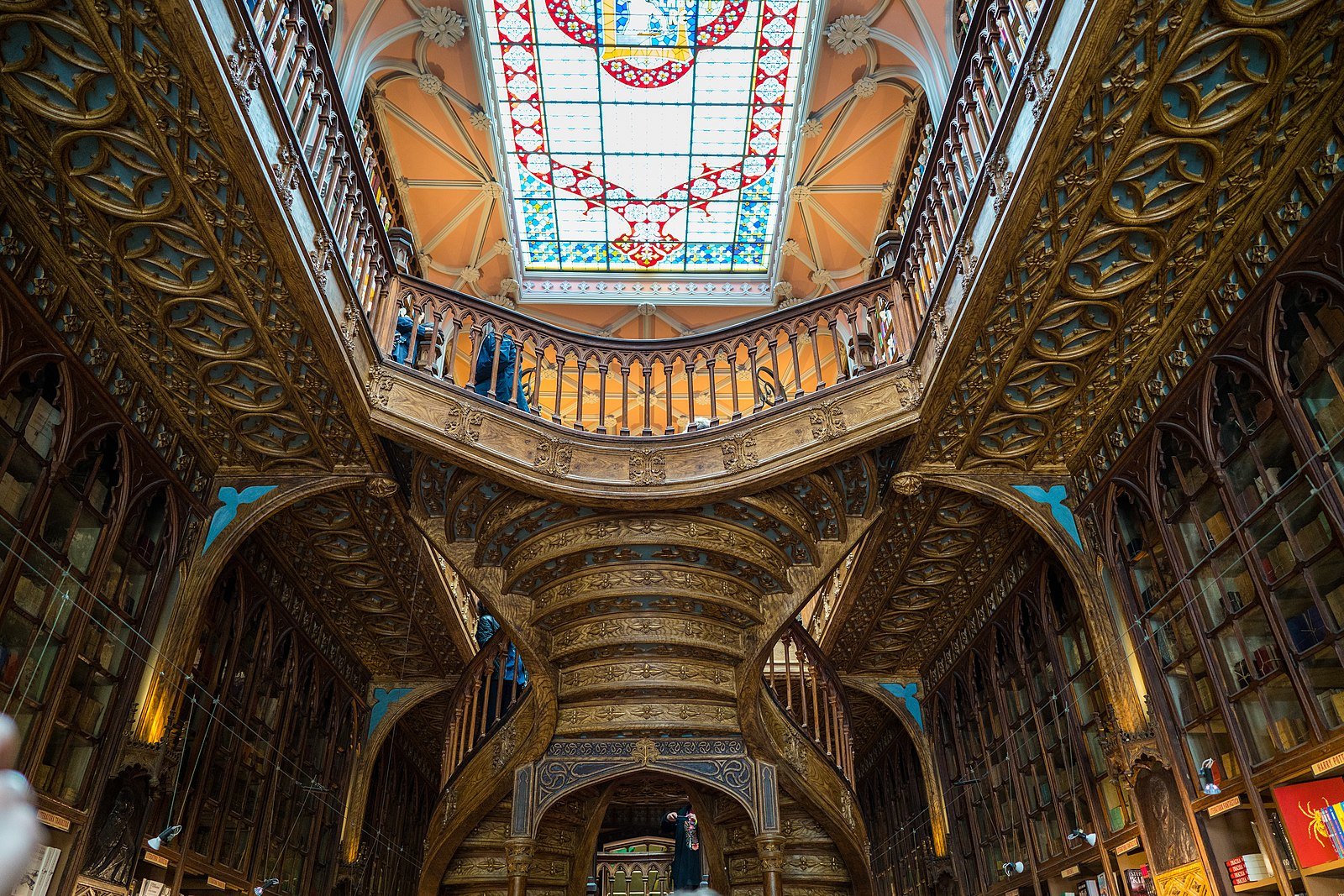 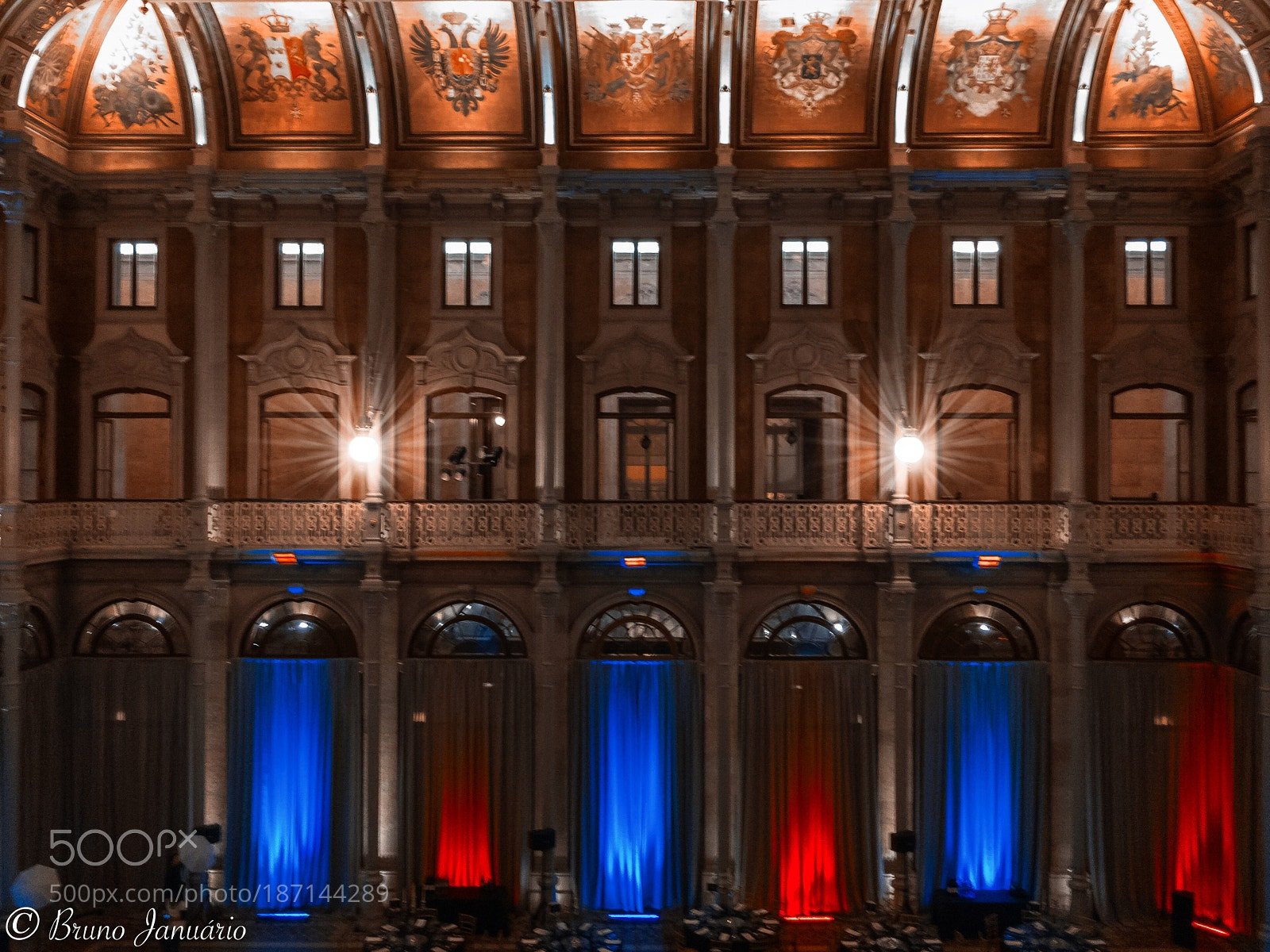 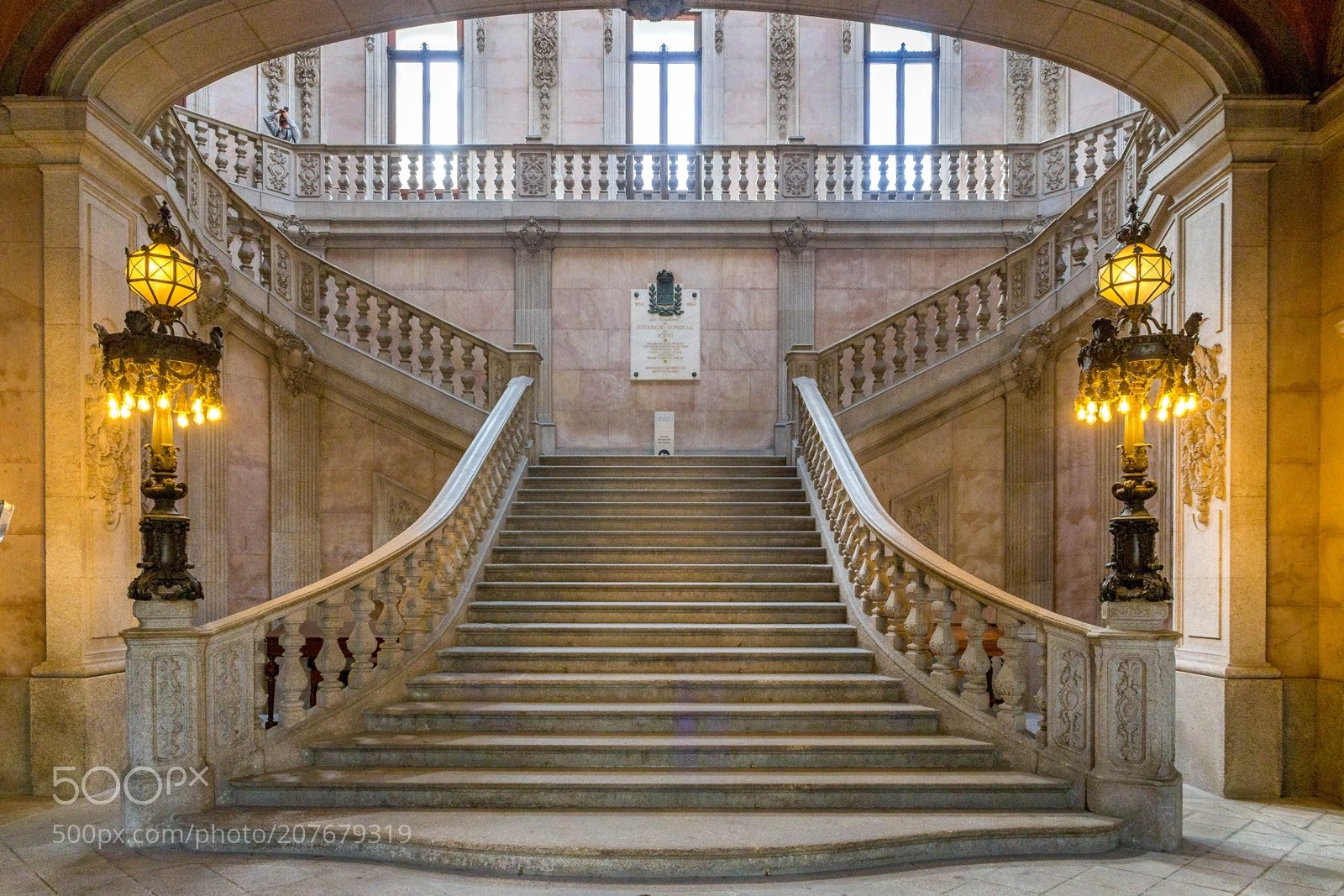 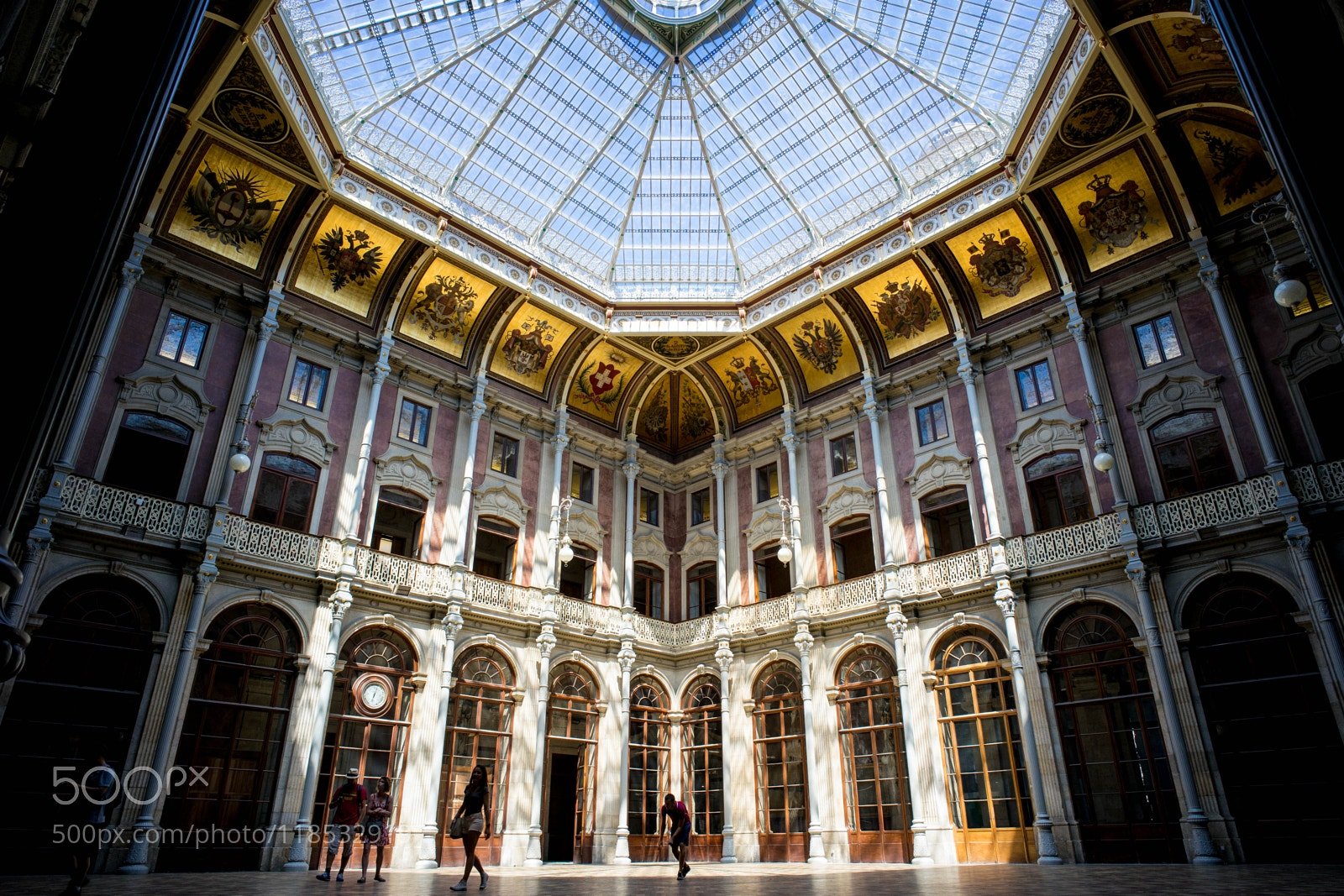 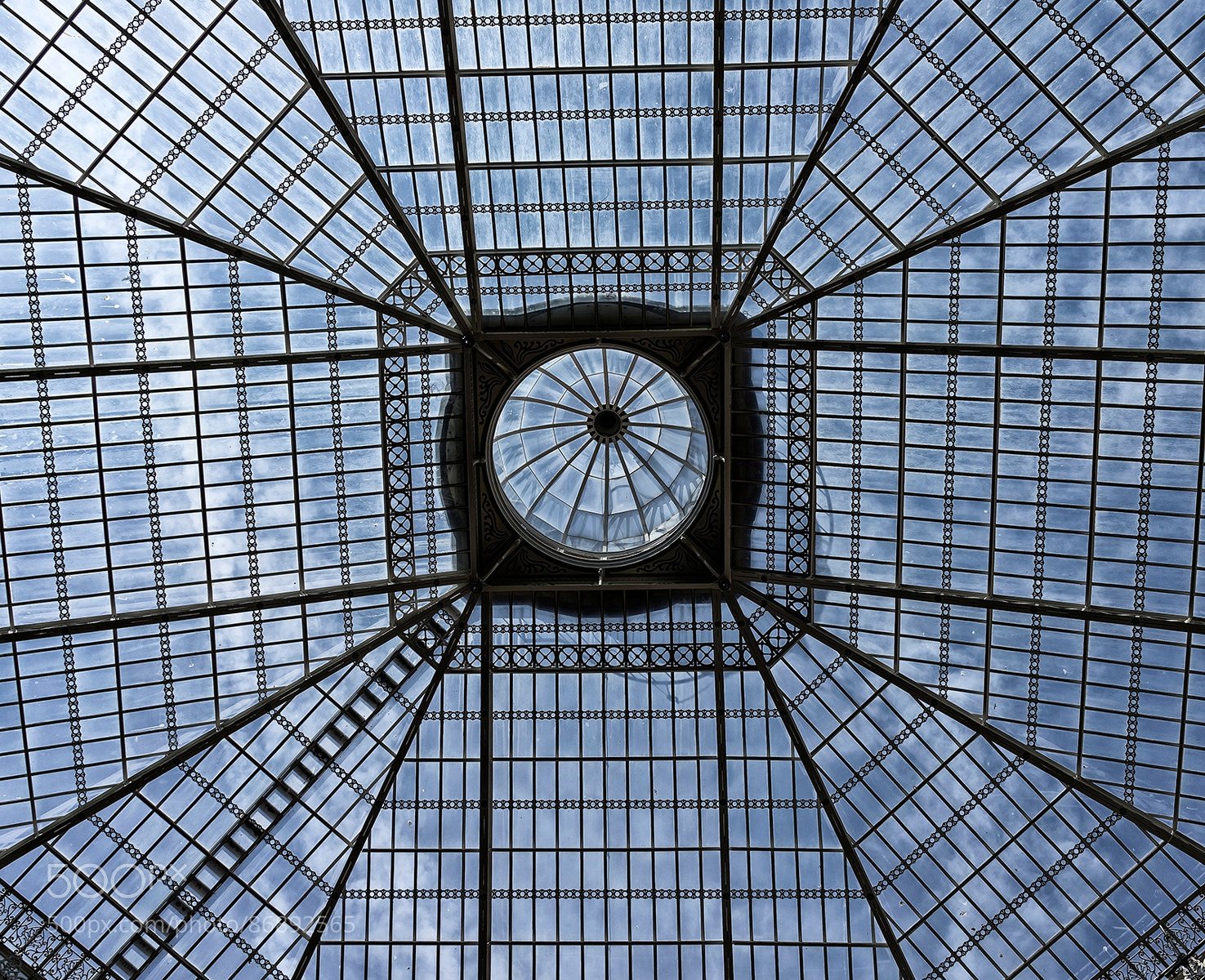 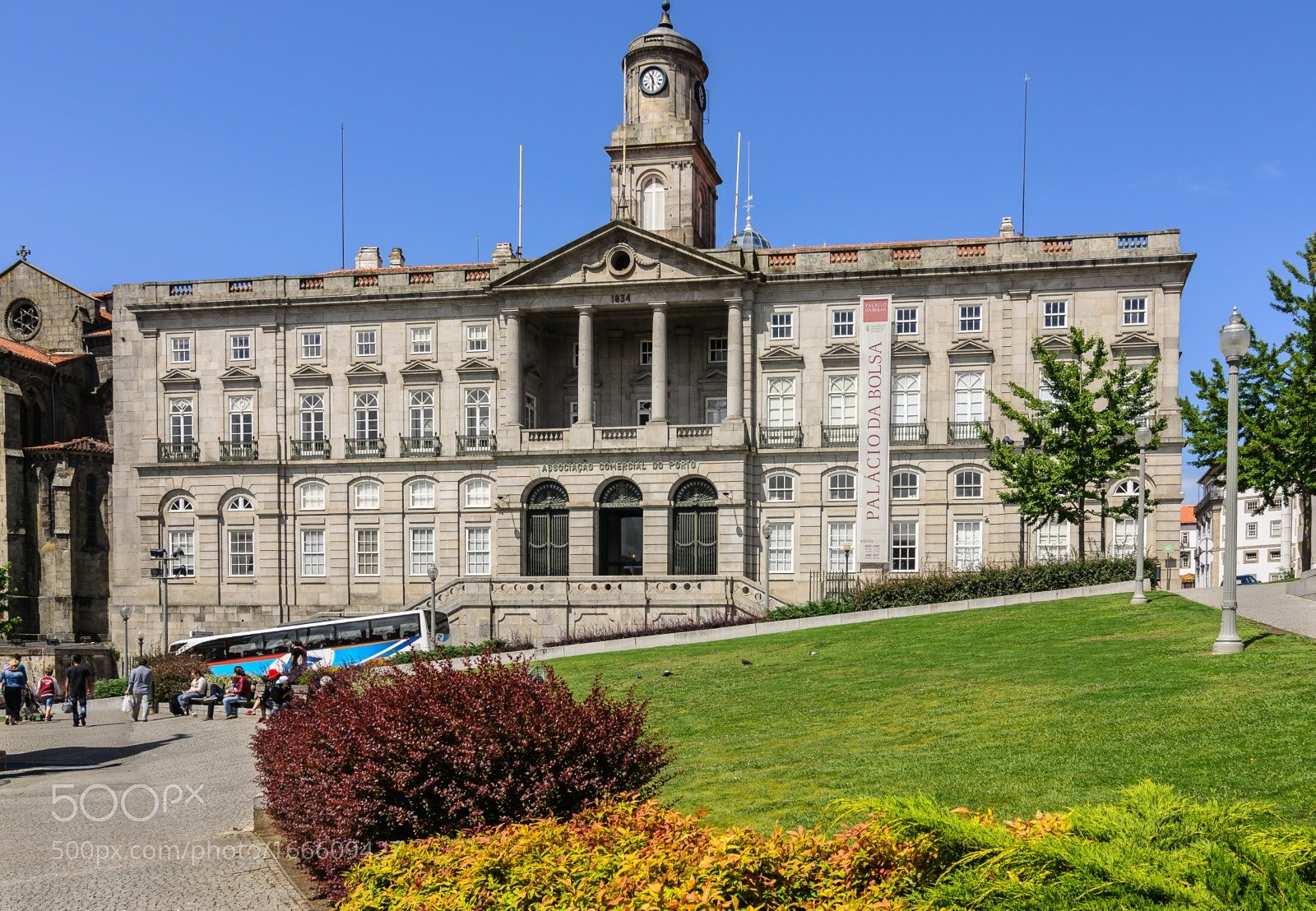 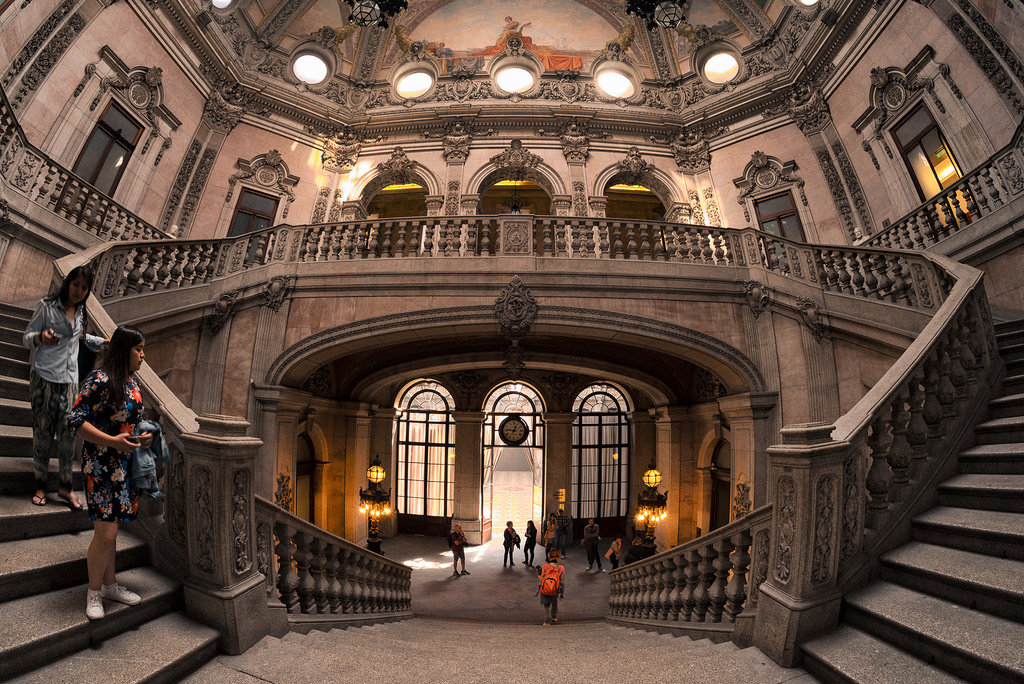 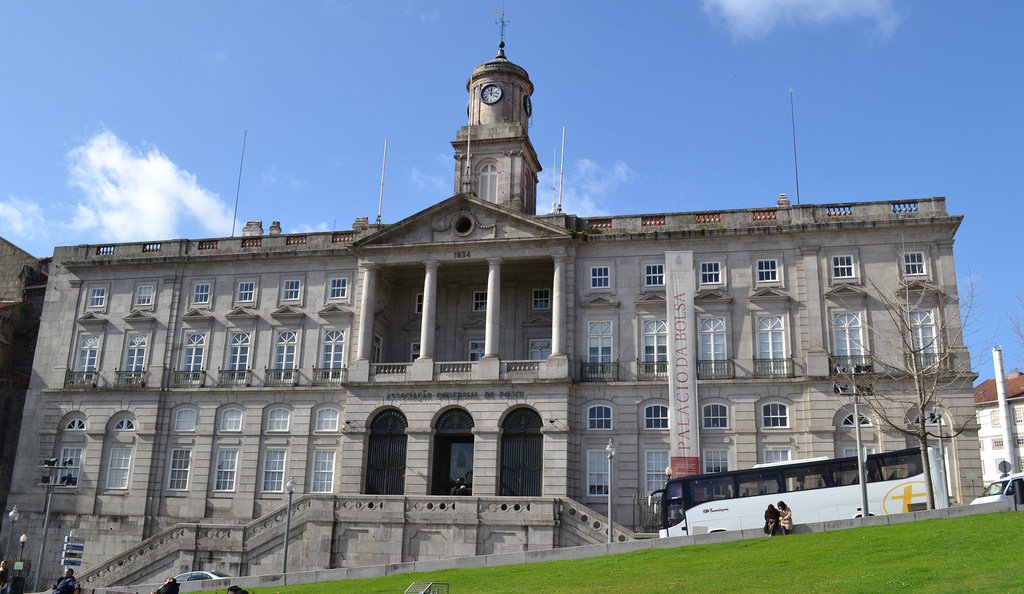 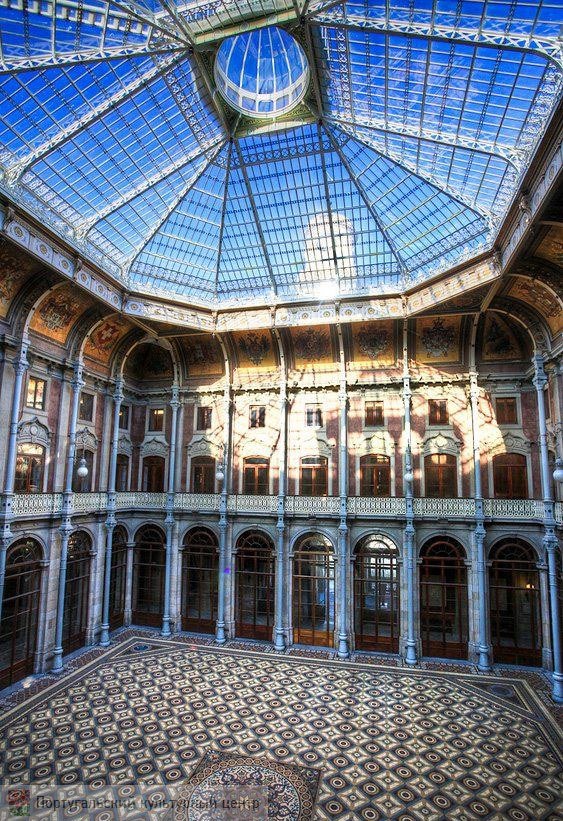