×
What are you looking for?
See all results
Palaces in Bucharest

Palace of the Parliament 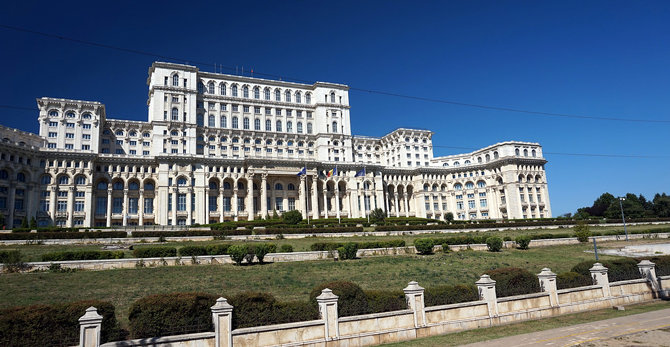 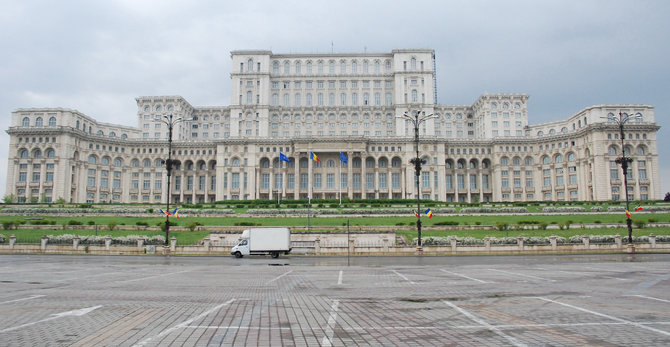 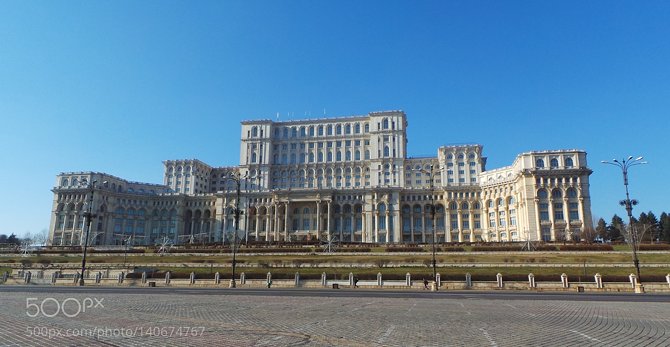 The Palace was designed and nearly completed by the Ceauşescu regime as the seat of political and administrative power. Nicolae Ceauşescu named it the House of the Republic (Casa Republicii), but many Romanians call it the People's House (Casa Poporului).

The Palace measures 270 m by 240 m, 86 m high, and 92 m under ground. It has 1,100 rooms, 2 underground parking garages and is 12 stories tall, with four additional underground levels currently available and in use, and another four in different stages of completion.

The structure combines elements and motifs from multiple sources, in an eclectic neoclassical architectural style. The building is constructed almost entirely of materials of Romanian origin. Estimates of the materials used include one million cubic meters of marble from Transylvania, most from Ruşchiţa; 3,500 tonnes of crystal — 480 chandeliers, 1,409 ceiling lights and mirrors were manufactured; 700,000 tonnes of steel and bronze for monumental doors and windows, chandeliers and capitals; 900,000 m³ of wood (over 95% domestic) for parquet and wainscotting, including walnut, oak, sweet cherry, elm, sycamore maple; 200,000 m² of woollen carpets of various dimensions (machines had to be moved inside the building to weave some of the larger carpets); velvet and brocade curtains adorned with embroideries and passementeries in silver and gold.

Built on the site of a hill variously known as Spirii Hill, Uranus Hill, or Arsenal Hill, which was largely razed for this megaproject, the building anchors the west end of Unirii Boulevard and Centrul Civic. Constructing the Palace and Centrul Civic required demolishing much of Bucharest's historic district, including 19 Orthodox Christian churches, six Jewish synagogues, three Protestant churches (plus eight relocated churches), and 30,000 residences.[]

Construction began in 1983; the cornerstone was laid on 25 June 1984. While the building was intended to house all four major state institutions (in a similar manner to the Houses of Parliament), Ceausescu intended the palace to be his personal residence and the government was to operate in it (as if a combining the Kremlin into one building). It was intended to house these institutions:

This explains the building's rectangular shape.

At the time of Nicolae Ceauşescu's 1989 overthrow and execution, the building structure and design were complete. Subsequently, many of the furnishings were never installed (mostly evident because of the many large, empty spaces throughout the palace), while the last three basement levels and a large clock tower (that would display the official Romanian time) were never finished. During the regime change, the new leaders of Romania referred to the building as the House of Ceauşescu, to highlight the excessive luxury in which Ceauşescu would have lived, in stark contrast to the squalor and poverty endured by many people living in the surrounding neighborhoods.

Parts of the building (some of the west wing, some of the east wing, parts of the second floor, basement 3 and everything below) are yet to be completed. Currently, a new underground car-park is being built inside a former stadium, currently used as a warehouse, which was covered during the construction of the palace. Tunnels linking 13 Septembrie Avenue with the basement of the building will be built.

Since 1997, the building has housed Romania's Chamber of Deputies, which had previously been housed in the Palace of the Patriarchy; the Romanian Senate joined them there in 2005, having previously been housed in the former Communist Party Central Committee building. The Palace also contains a massive array of miscellaneous conference halls, salons, etc. used for a wide variety of other purposes.

In 2003-2004 a glass annex was built[], alongside external elevators. This was done to facilitate access to the National Museum of Contemporary Art (MNAC) opened in 2004 inside the west wing of the Palace of the Parliament, and to the Museum and Park of Totalitarianism and Socialist Realism, also opened in 2004.

The cafeteria for use of the legislators has been refurbished. Also in the building is the headquarters of the Southeast European Cooperative Initiative (SECI), an organization focused on regional cooperation among governments against cross-border crime.

There are public tours organized in a number of languages.

In 2002, Costa Gavras shot scenes of Amen movie in the Palace to represent the Vatican palaces.

In 2009, the Palace appeared on Series 14, Episode 1 of the BBC motoring programme Top Gear, where the presenters, Jeremy Clarkson (in an Aston Martin DBS Volante), Richard Hammond (in a Ferrari California) and James May (in a Lamborghini LP560-4 Spyder) had a "Sat-Nav" race to the Palace and are then shown driving throughout its underground tunnels and garages.

Mihai2483
The second largest building in the world in terms of surface, competing with the Pentagon in size.

Oana M
The electricity Bill for house of parliament cost as much as Ploiești electricity bill.
Load more comments
foursquare.com

Add to wishlist
I've been here
Visited
Palace of the Patriarchate

The Palace of the Chamber of Deputies (Romanian: Palatul Camerei

The Romanian Technical Museum was founded in 1909 by Dimitrie Leonida, 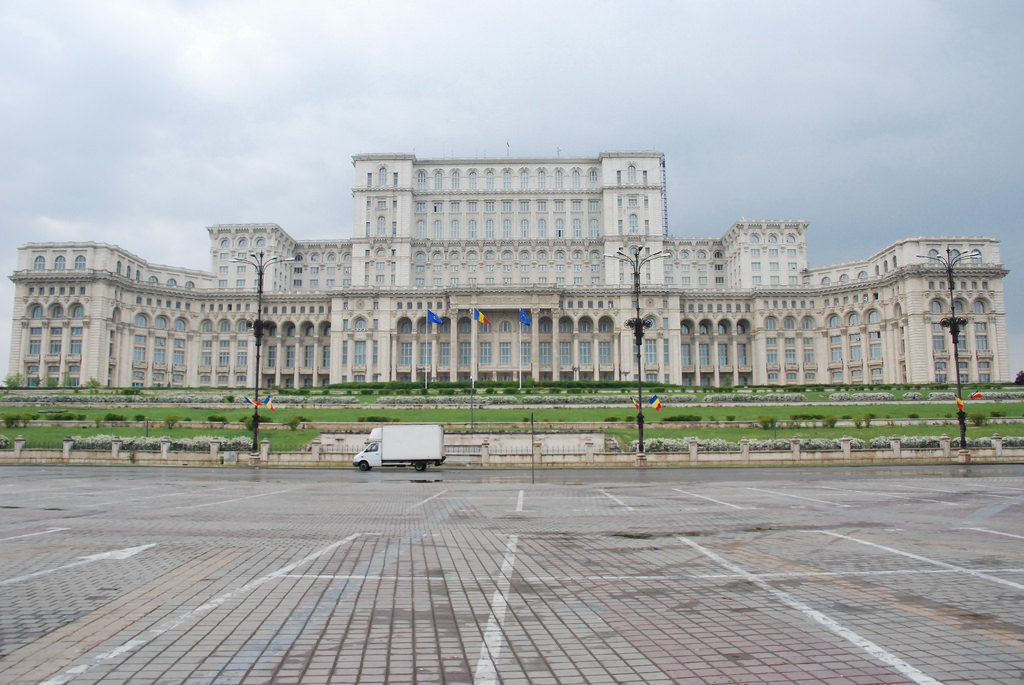 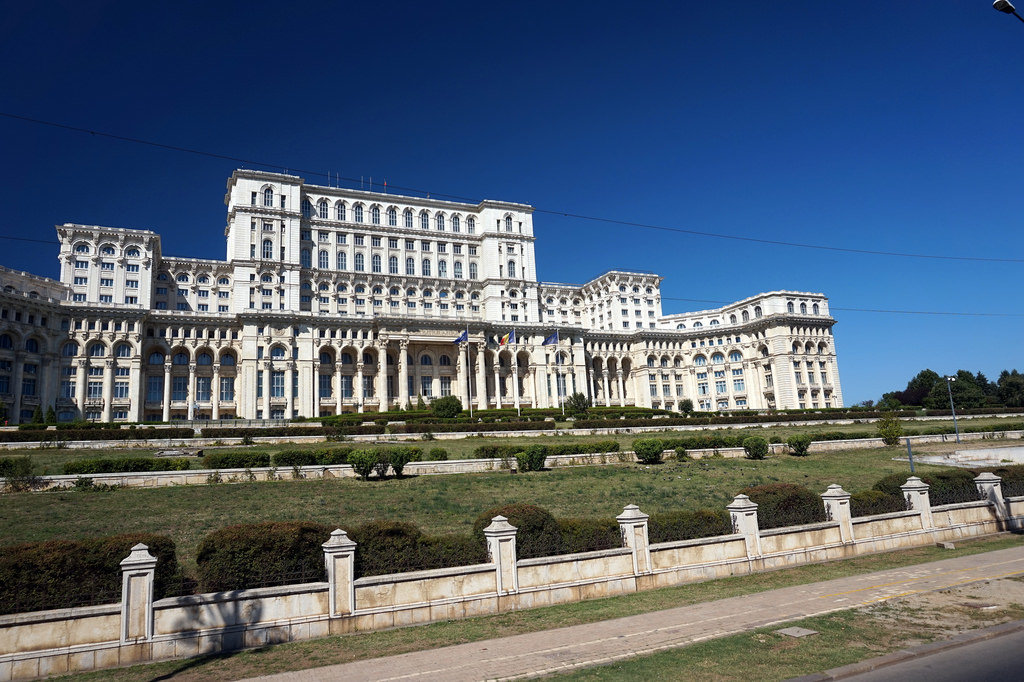 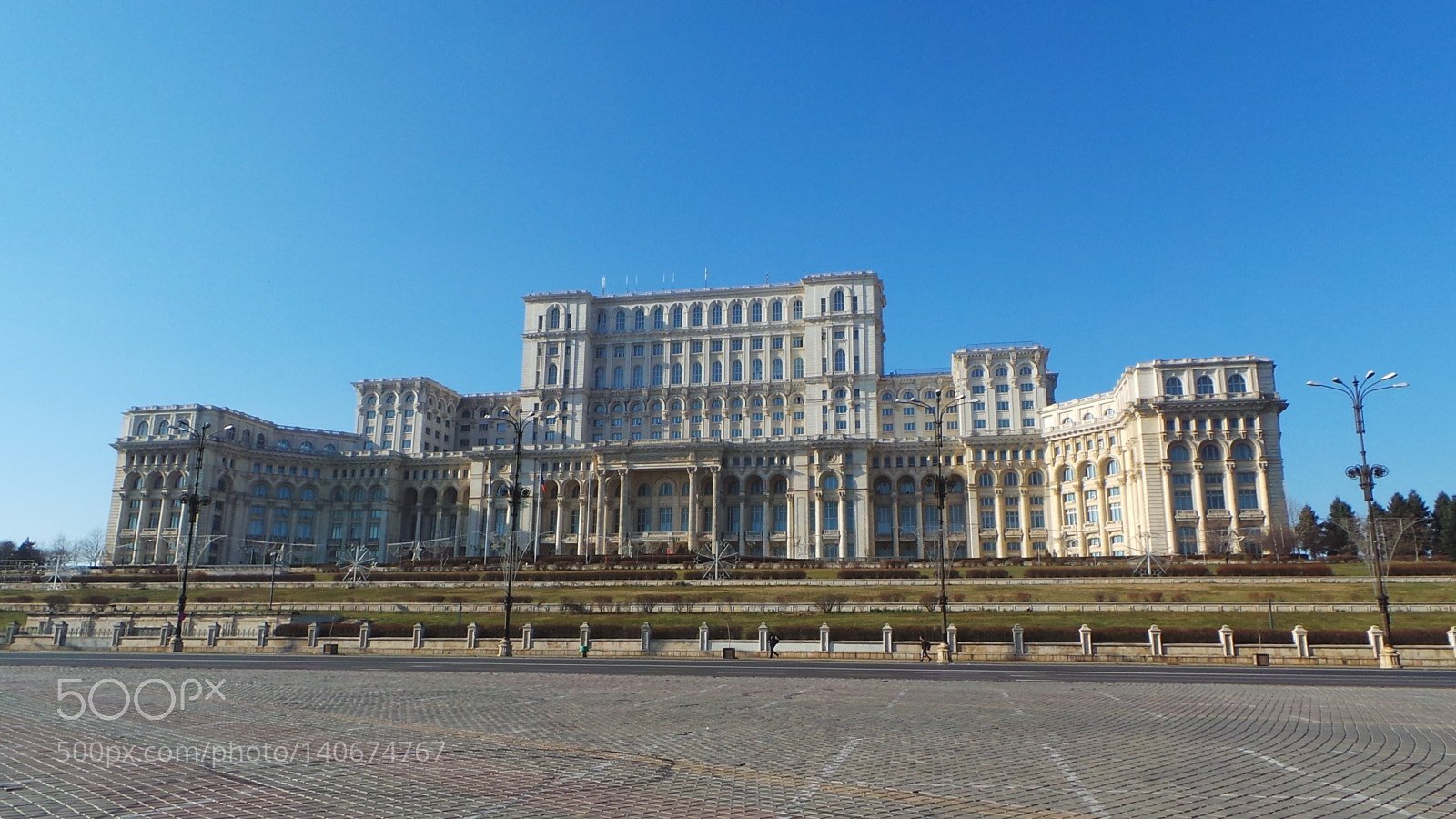 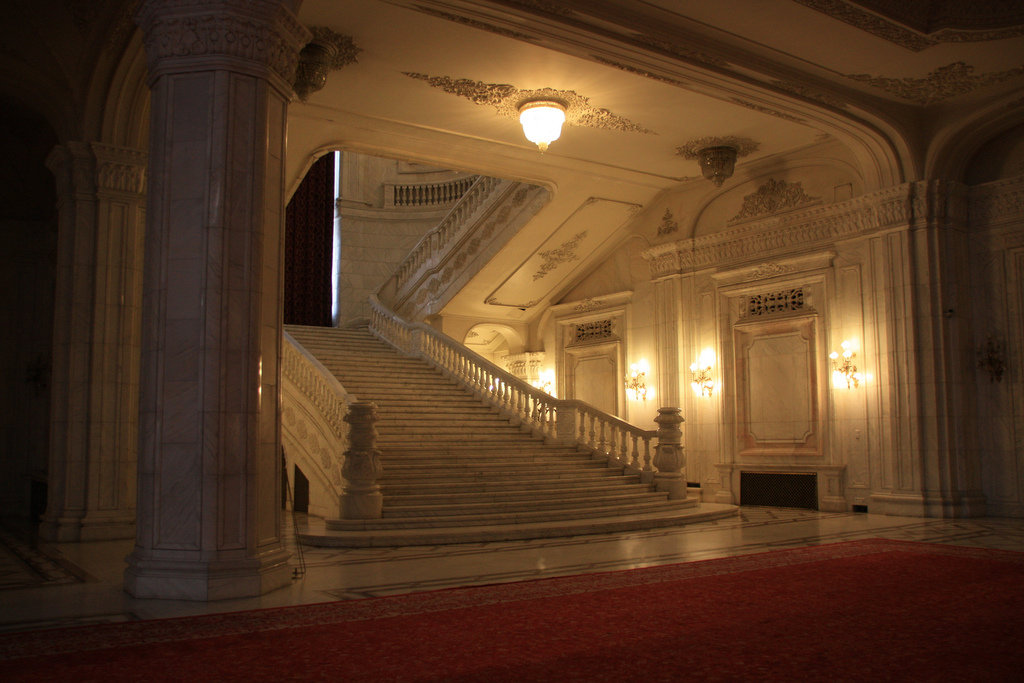 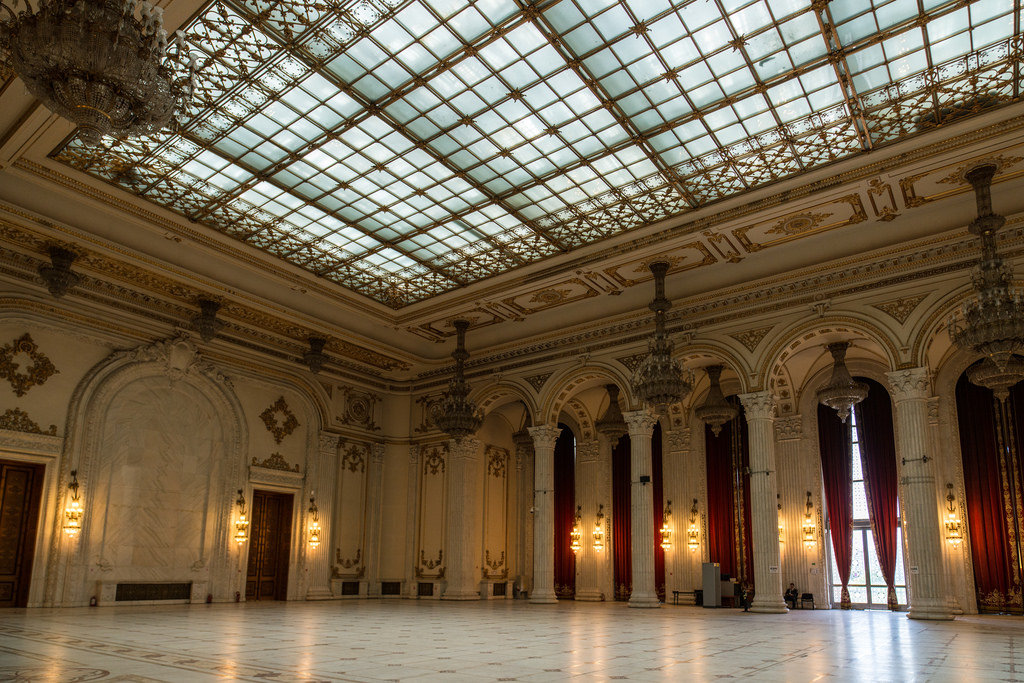 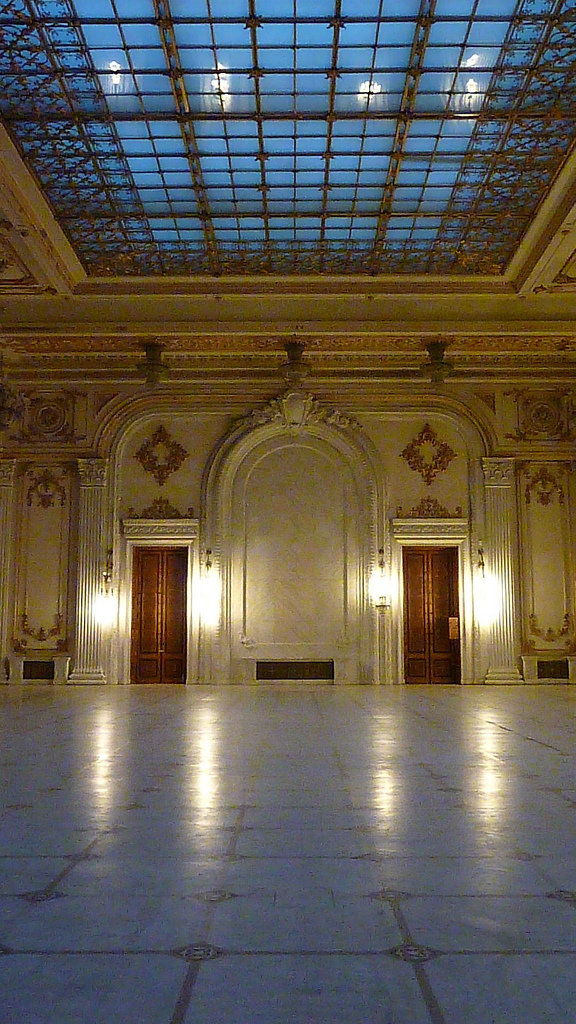 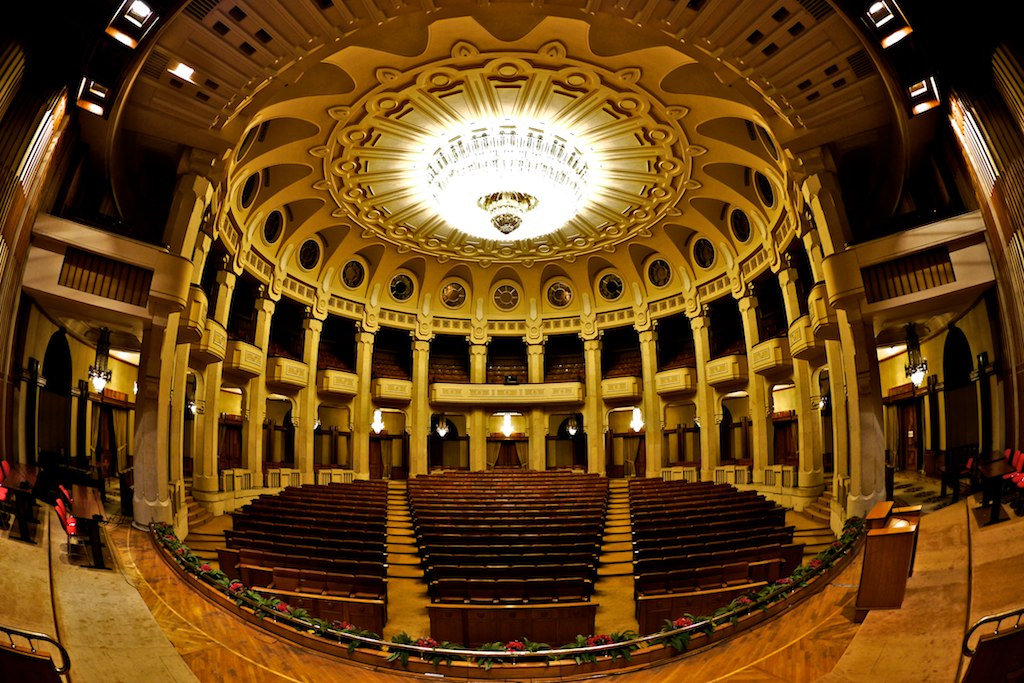 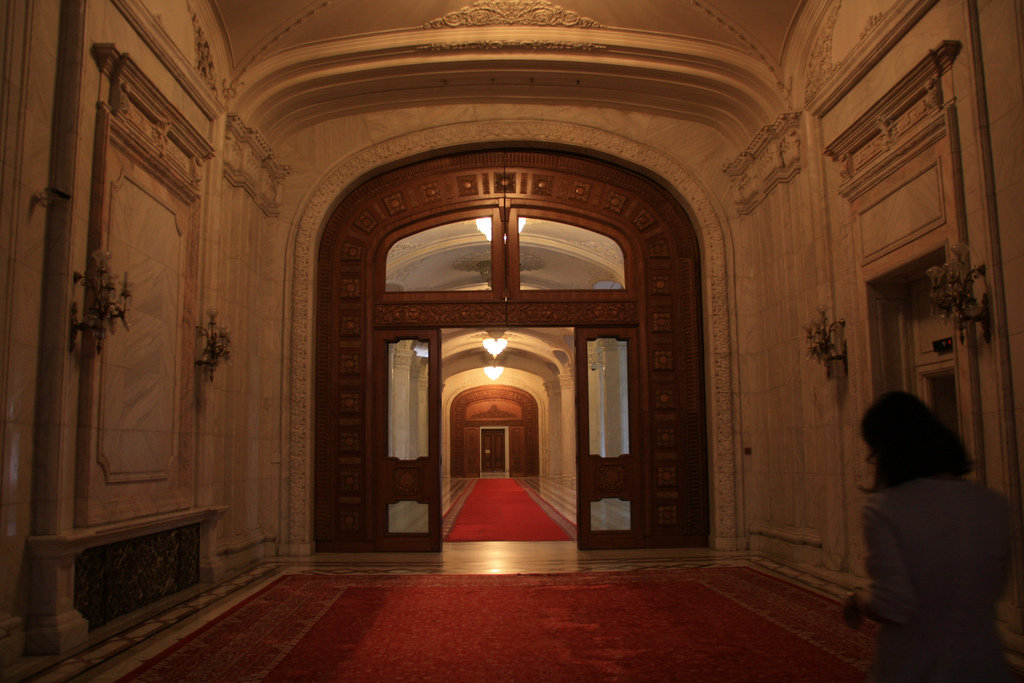 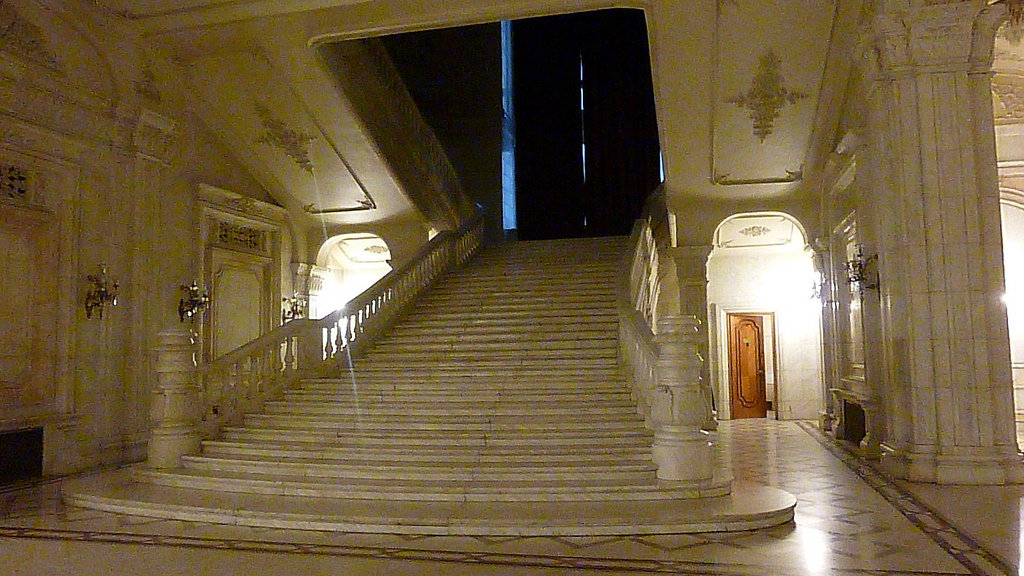 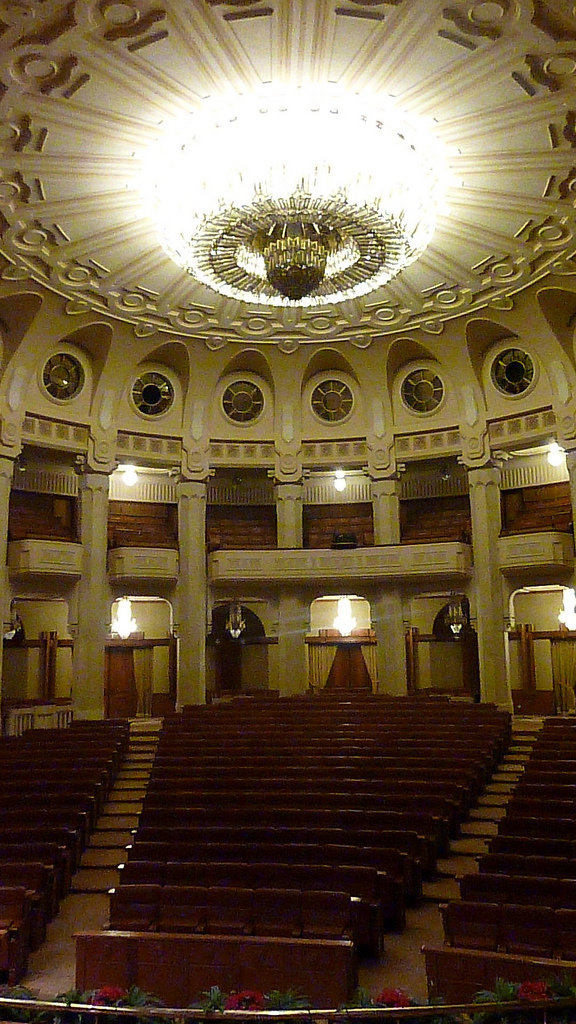 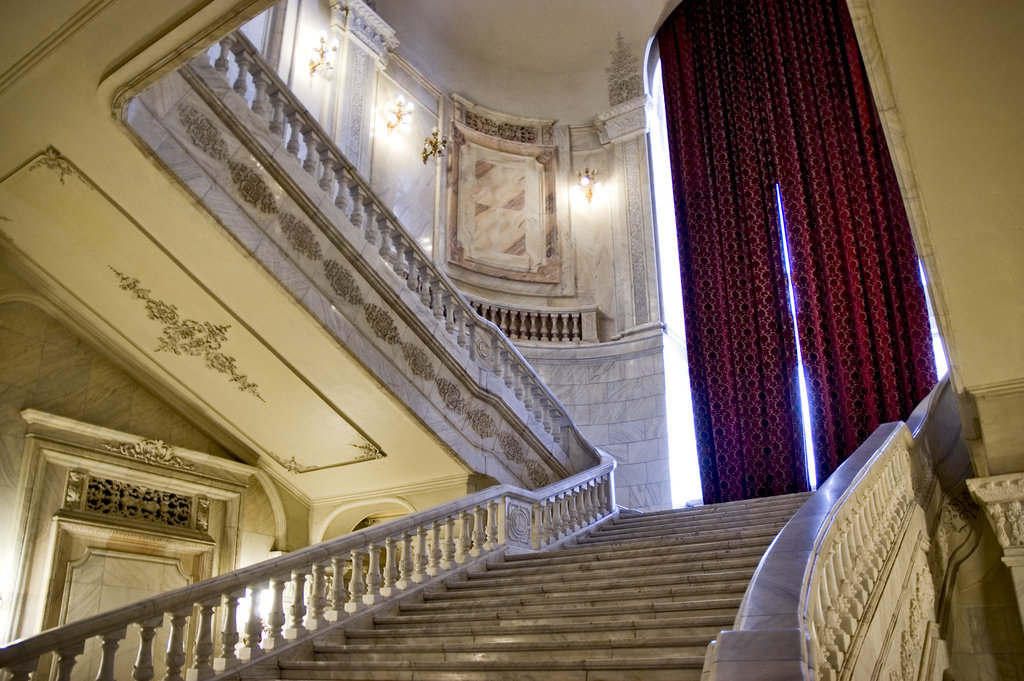 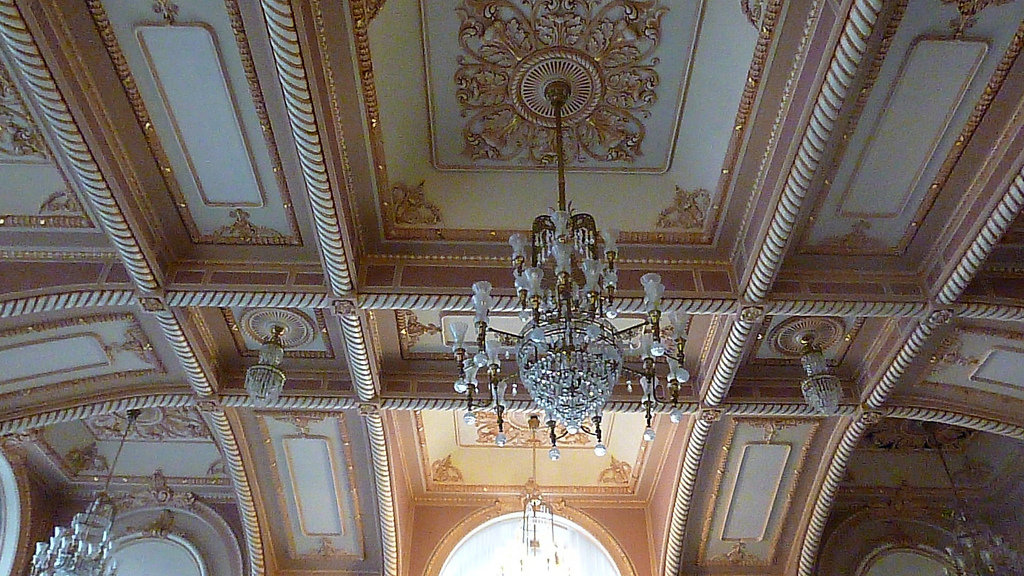 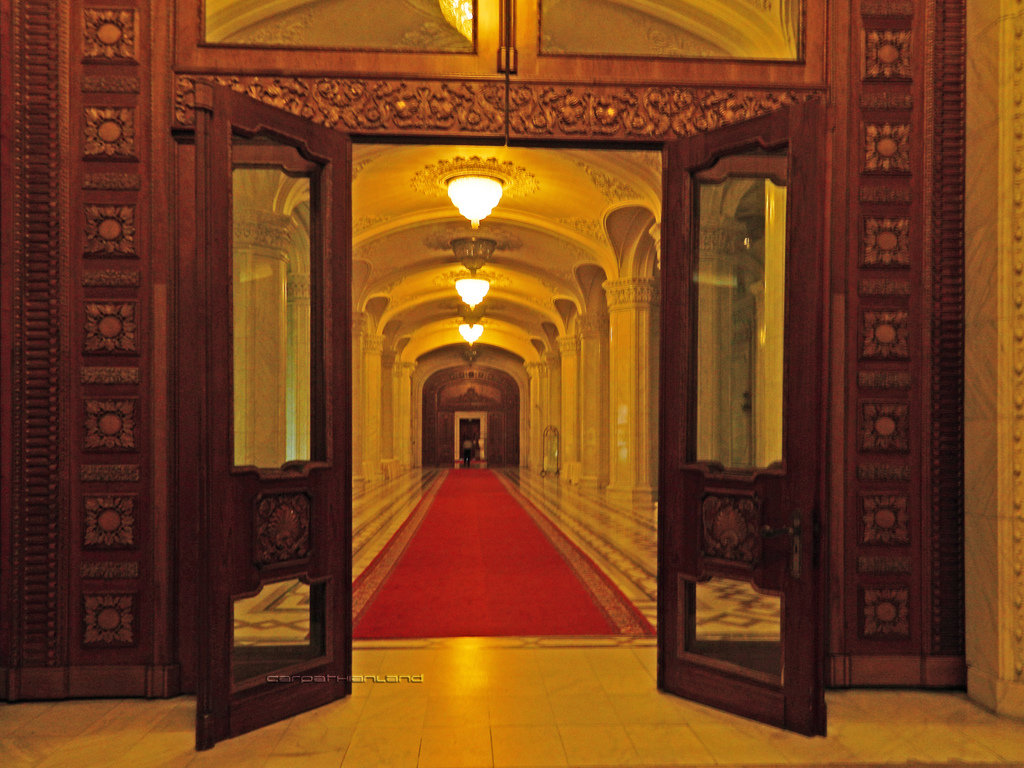 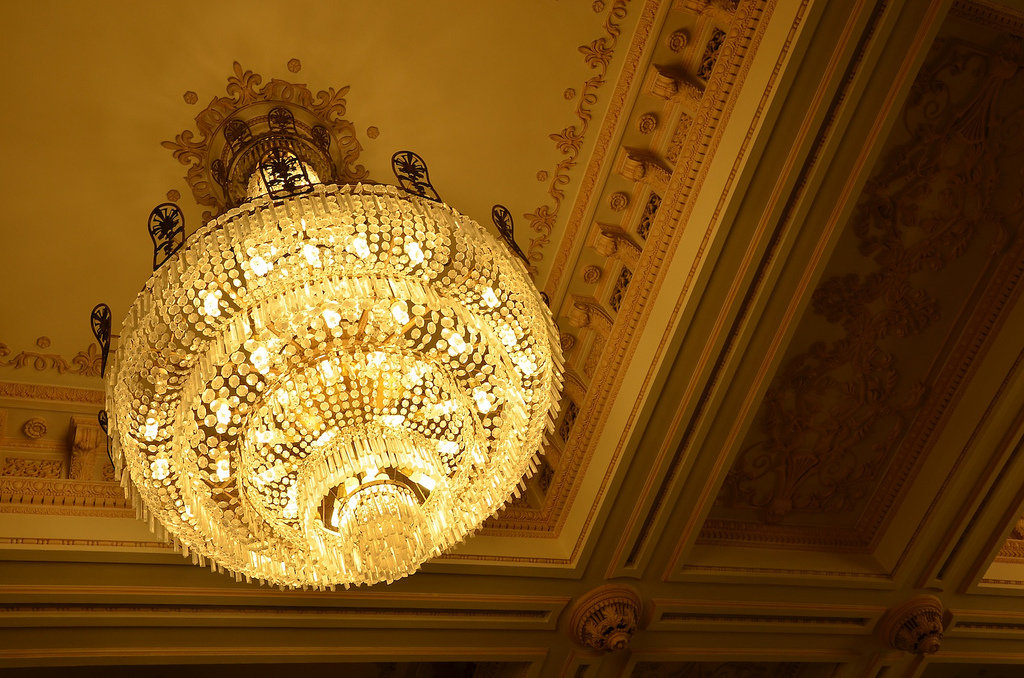 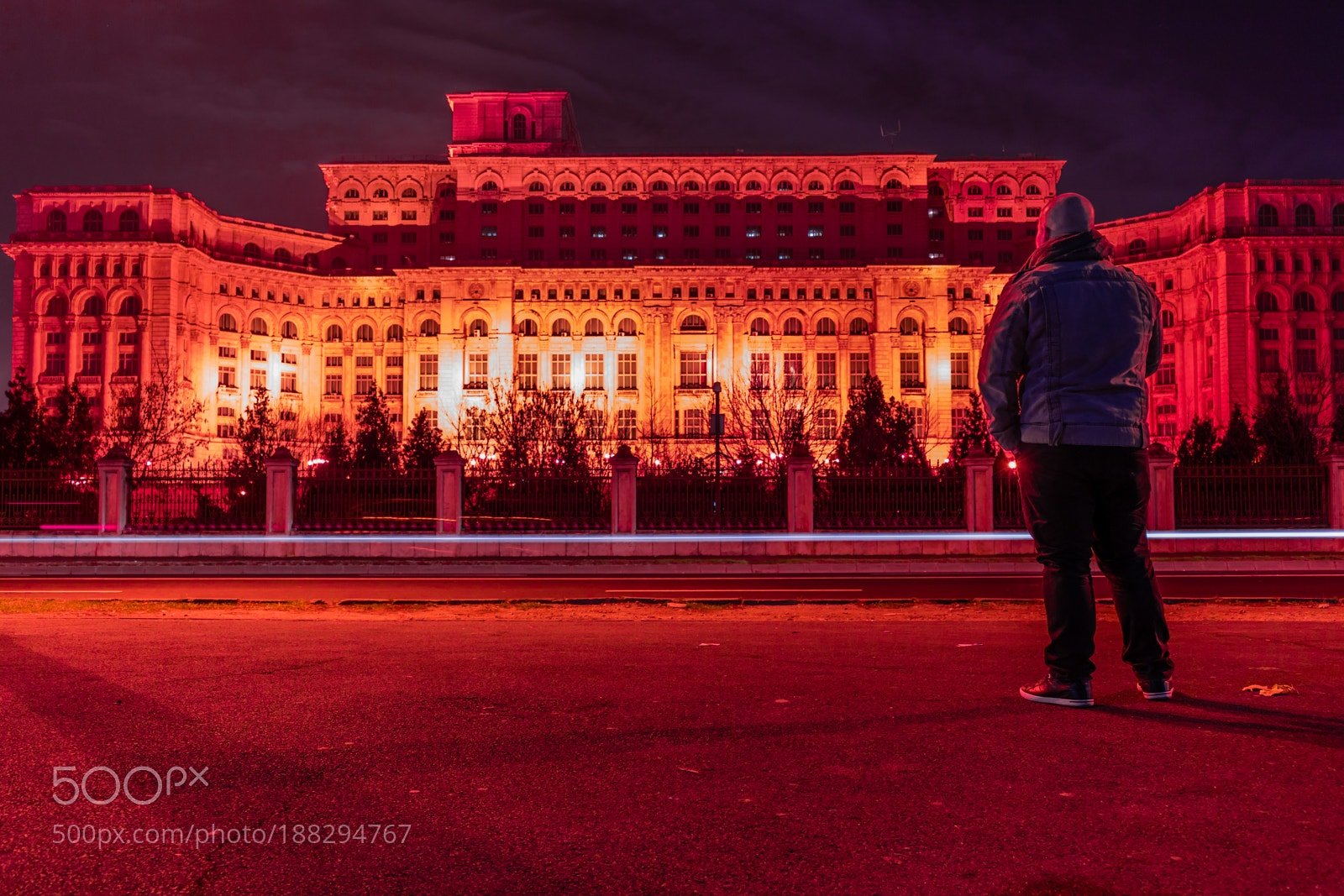 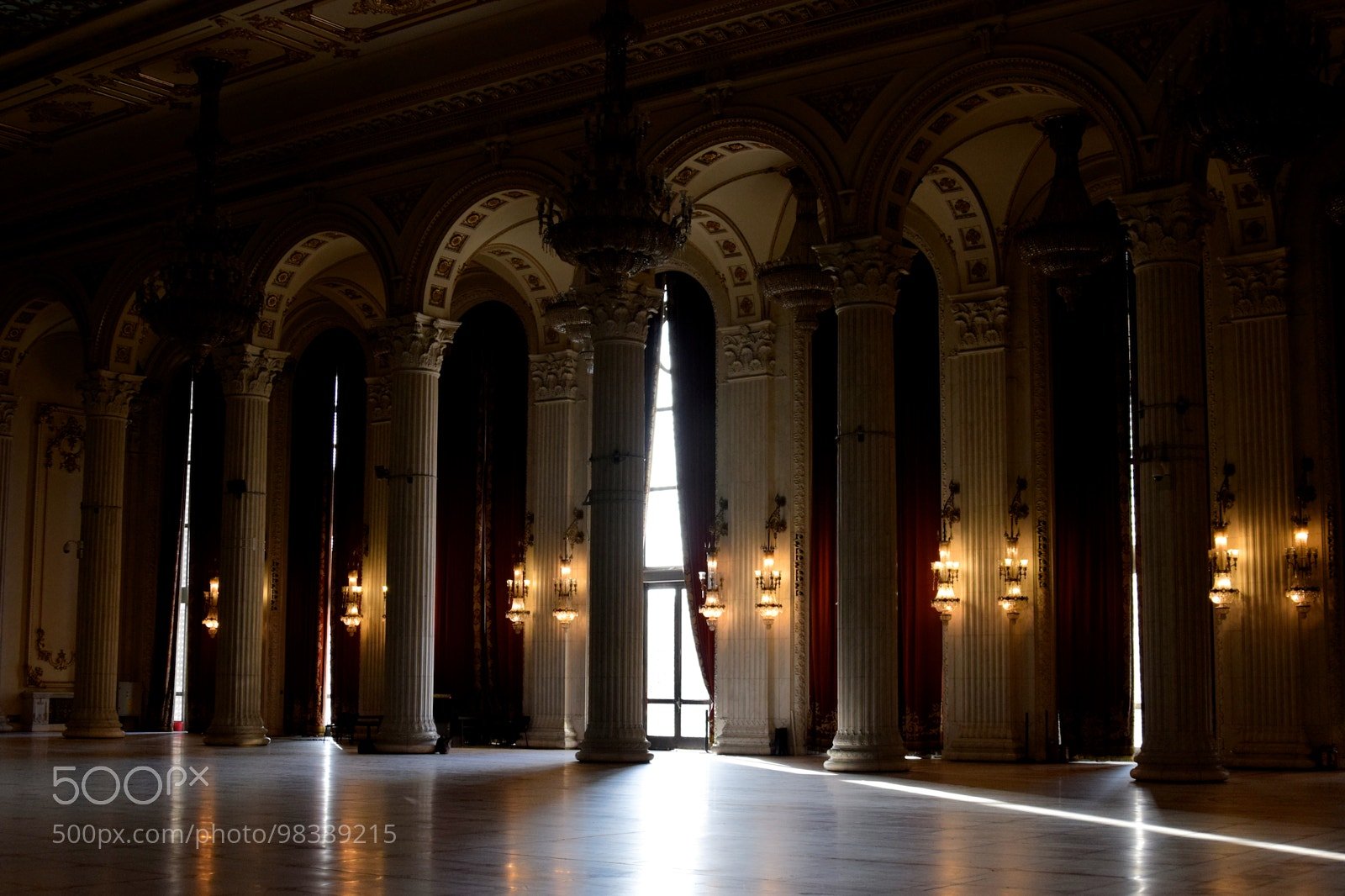 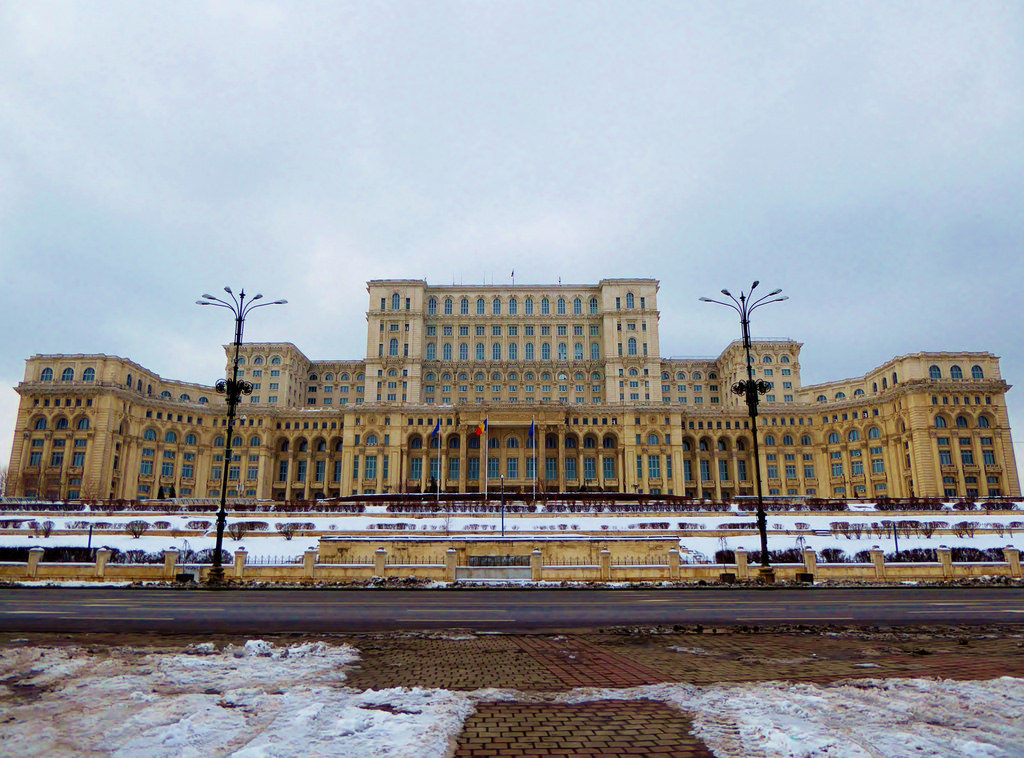 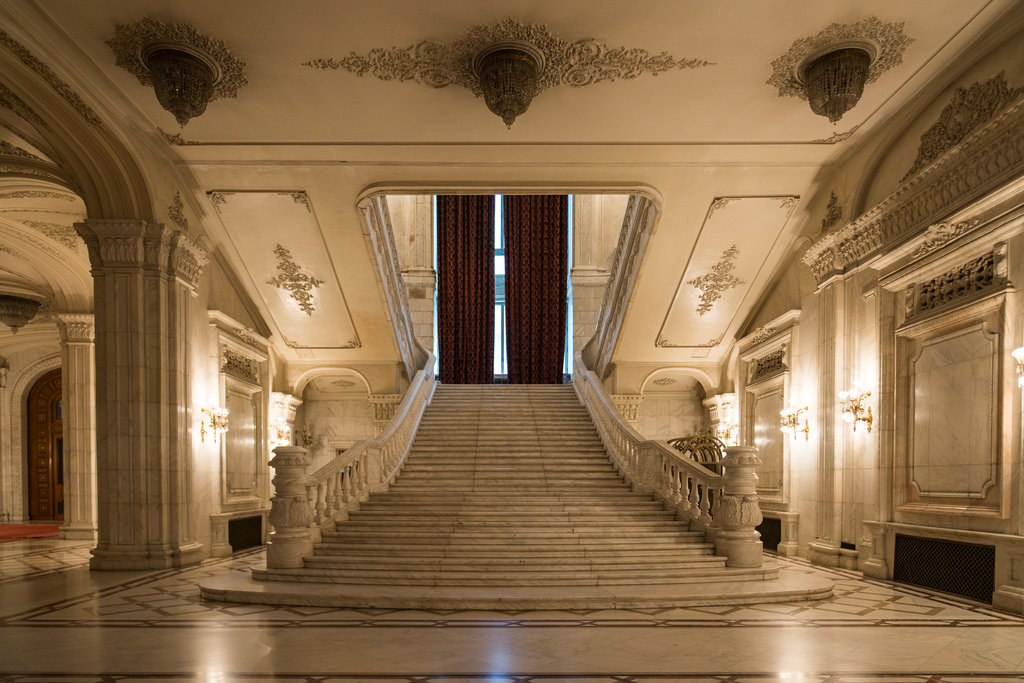 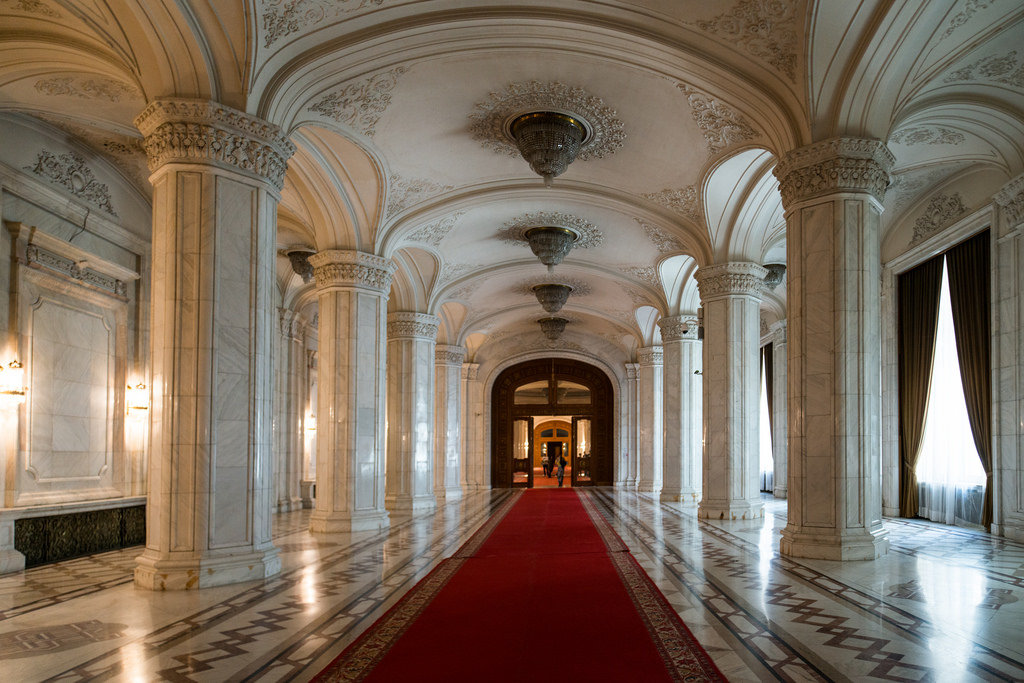 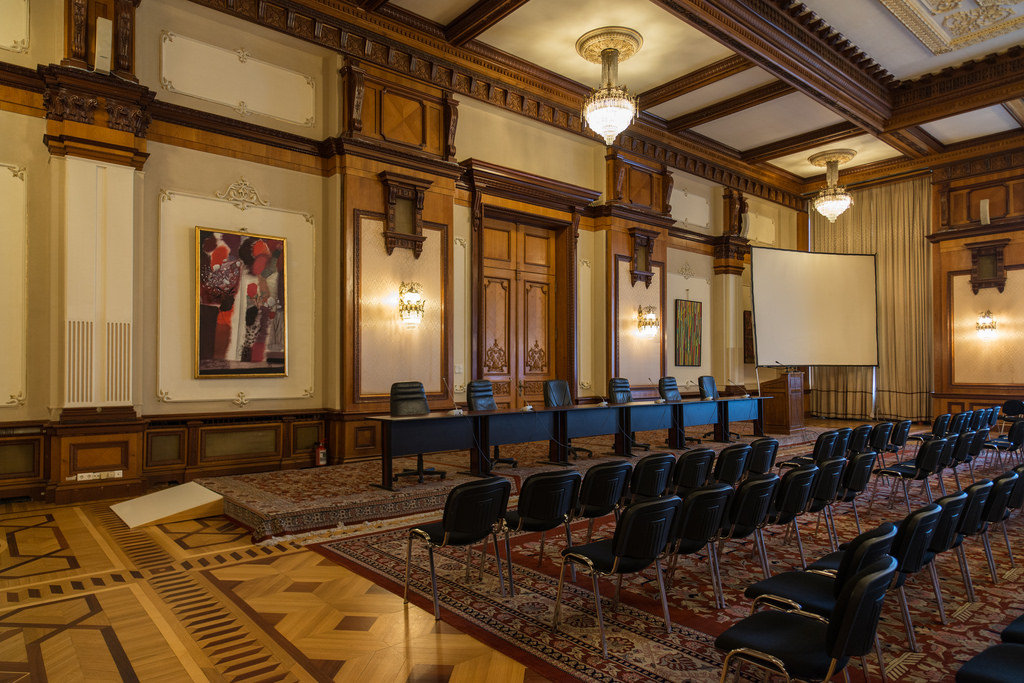