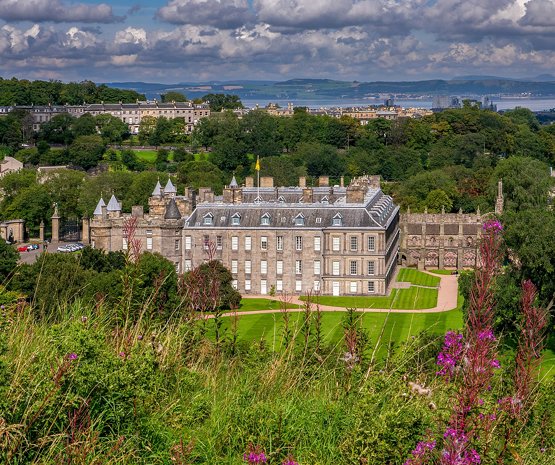 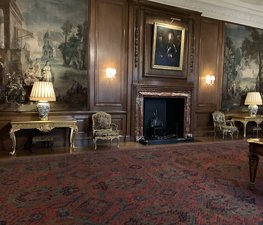 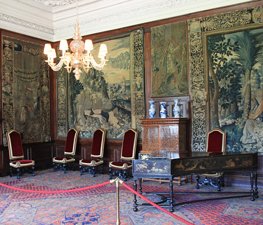 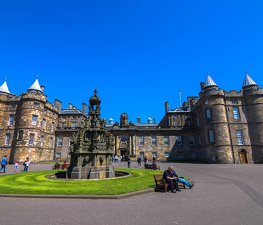 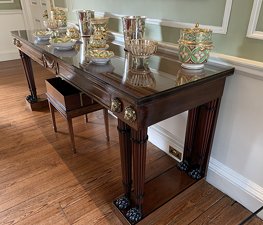 The Palace of Holyroodhouse is the principal official residence of the Monarch of the United Kingdom in Scotland. Founded as a monastery by David I of Scotland in 1128, it has served as the principal residence of the Kings and Queens of Scotland since the 15th century. The Palace stands at the bottom of the Royal Mile in Edinburgh, the opposite end to Edinburgh Castle and is currently the official Scottish residence of Queen Elizabeth II, who spends one week there at the beginning of each summer to host garden parties and official ceremonies.

Holyrood is an anglicisation of the Scots Haly Ruid (Holy Cross).

Шаблон:Main The ruined Augustinian Abbey that is sited in the grounds was built in 1126 at the order of King David I of Scotland. It has been the site of many royal coronations and marriage ceremonies. The roof of the abbey collapsed in the 18th century, leaving it as it currently stands, a ruin.

The Abbey was adapted as a Chapel for the Order of the Thistle by King James VII (and II of England), but was subsequently destroyed by a mob. In 1691 the then-new Kirk of the Canongate replaced the Abbey as the local parish church, where today the Queen attends services when in residence at the Palace.

In the fifteenth century a guesthouse stood on the site of the present north range of the Palace, west of the Abbey and its cloister. Many of Scotland's medieval Kings stayed here before the palace’s construction, and by the late 15th century Holyrood was a royal residence in all but name; not only was James II born at Holyrood in 1430, it was in Holyrood that he was crowned, married and laid to rest. Between 1498 and 1501, James IV constructed a new building, with Holyrood becoming a palace in the true sense of the word.

palace was built around a quadrangle, situated west of the abbey cloister. It contained a chapel, gallery, royal apartments, and a great hall. The chapel occupied the present north range of the Great Quadrangle, with the Queen’s apartments occupying part of the south range. A third range to the west contained the King’s lodgings and the entrance to the palace. He also oversaw construction of a two storey gate house, fragments of which survive in the Abbey Courthouse. James V added to the palace between 1528 and 1536, beginning with the present north-west tower. In this tower are the famous suite of rooms once occupied by Mary, Queen of Scots. as opposed to the Royal Standard of the United Kingdom (for use in Scotland))]] The wooden ceilings of the main rooms are from Mary’s time and the monograms MR (Maria Regina) and IR (Jacobus Rex) refer to Mary and her son, James VI. Shields commemorating Mary’s marriage to Francis II of France are believed to have been carved in 1559 but put in their present position in 1617. The suite contains an audience chamber and the Queen's bedroom, leading from which are two turret rooms. It was in the northern turret room, on March 9 1565, that the infamous murder of David Rizzio took place in Mary's presence. In later centuries, tourists were often convinced that they could see his blood stains on the floor.

outside the front entrance to the Palace of Holyroodhouse]] After James VI became King of England in 1603 and moved to London, the palace was no longer the seat of a permanent royal court. James visited it again in 1617 as did Charles I in 1633, when he was crowned King of Scotland in Holyrood Abbey.

In 1650, either by accident or design, the palace was fired during the visit of Oliver Cromwell and his soldiers. Cromwell had the palace rebuilt, but his rebuilding was pulled down and Charles II had the palace re-constructed in its present form between 1671 and 1679 by Sir William Bruce. James VII and II lived at Holyrood between 1679 and 1682 while still Duke of York, in the aftermath of the Exclusion crisis.

After 1707, the Palace was used during the elections of Scottish representative peers. Bonnie Prince Charlie held court at Holyrood for five weeks during the 1745 Jacobite Rising, and following the French Revolution, George III allowed Louis XVI's youngest brother, the Comte d'Artois to live at Holyrood. After their second exile, the French royals lived at Holyrood again from 1830 until 1832 when they moved to Austria.

In modern times, monarchs have spent at least one week every year formally holding court in the Palace in Edinburgh. The present Queen still uses it when she is in Scotland for State occasions (on non-State occasions, she stays at Balmoral). Its use has increased substantially since the setting up of the Scottish Parliament in 1999, with various members of the Royal Family, notably Prince Charles and Princess Anne often staying there. At one time it was thought that a member of the Royal Family, widely expected to be the Princess Royal (who has strong Scottish connections) may well become a full-time royal resident in the Palace, representing the Queen; however, this has not come to fruition, and the idea was probably no more than a rumour or fanciful thought by some. At the Palace the Queen meets and appoints the First Minister of Scotland. During the British presidency of the European Union a meeting of the European Council took place here.

During times when no members of the Royal Family are in residence, the Palace is open to the public.

The Queen's Gallery is located within the Palace complex, while the new Scottish Parliament Building is located across the road from the palace.

Architectural historian Dan Cruickshank selected the Palace as one of his eight choices for the 2002 BBC book The Story of Britain's Best Buildings.

The Palace of Holyroodhouse was one of three Royal sites excavated over four days by the Time Team of archaeologists led by Tony Robinson, on 25-28 August 2006. In the United Kingdom, Channel 4 devoted an evening programme to each day's findings and also followed the whole dig live on More4, together with a simulcast on the internet.

Timed to help celebrate the 80th birthday of Queen Elizabeth II, along with many other events ongoing throughout 2006, this marked the 150th dig conducted by Time Team. For the first time, the Queen gave permission for trenches to be dug in the Garden of Buckingham Palace, as well as in Windsor Castle, and the Palace of Holyroodhouse. The Big Royal Dig is an example of the Queen opening up her homes for greater access to the public, as she did during her Golden Jubilee Weekend in 2002 and throughout 2006 for her 80th birthday.

The archaeologists had an unprecedented opportunity to probe the geophysics and history of three royal residences over a four-day period, with teams working concurrently in the three locations.

Part of the cloister of Holyrood Abbey, running in line with the existing ruined Augustinian Abbey built in 1128 by King David I of Scotland, was unearthed. Also the square tower of the lost palace of James IV was discovered. Unfortunately they did not locate the real tennis court of his granddaughter, Mary Queen of Scots. (This had been targeted near "Queen Mary's Bath-house", a building on the periphery of Holyroodhouse.)

Notably, they found an area of reddened earth, where Henry VIII had ordered the palace to be burned when chagrined at the Scots' refusal to marry the infant Mary Stuart (later Mary Queen of Scots) to his son Edward (later Edward VI).

Among the objects found at Holyroodhouse were a seal matrix, used to stamp the wax seal on correspondence or documents, and a 1634 double tournois coin. The archaeologists also targeted the mound in the garden of Holyroodhouse, where Queen Elizabeth II played as a girl.

The Keeper of Holyroodhouse

A measure of the importance of Holyroodhouse is the status of its Keeper, who was appointed to oversee the Palace in the absence of the court. There were various grants of the office of Keeper of Holyroodhouse until 1646 when King Charles I conferred it heritably on the 1st Duke of Hamilton, whose descendants have retained it ever since. The post is one of the Great Offices in the Royal Household in Scotland, and indeed the private ducal apartments cover a larger area of the palace than the state ones. As well as his own deputy, the Keeper still appoints the Bailie of Holyroodhouse, who is responsible for law and order within the Holyrood Abbey Sanctuary. The High Constables of Holyroodhouse are responsible to the Keeper.

There was formerly a separate Keeper of Holyrood Park, which surrounds Holyroodhouse, and the title was held on an hereditary basis by the Earls of Haddington. This was purchased by the Crown and the office extinguished in 1843 after disputes over the Keeper's right to allow quarrying within the Park.

Amaury
Beautiful palace and the Queen's official residence in the summer. The audio tour is amazing as it goes into the details of every room. Many cool original artifacts in here, like Mary of Scott's bed!

Waldorf Astoria Hotels & Resorts
In the company of a guide, groups may enjoy a private tour of the State Apartments before the Palace opens to visitors for the day, a unique opportunity to go 'behind the ropes' in selected rooms.

Dean McVey
Go early or go late. Give yourself an hour and a half. More to see here than any other Royal Residence. A Tip - check if the Queen is local, if so, you won’t get in. Right beside a great park too!

Danny Baptiste
Very beautiful place that is still being used by the royal family when they are in Scotland. Beautiful royal artifacts from the scotch royal history.

Ole H.
Best guided audio tour of any of the Scottish castles so far. Well kept and plenty of access. Only wish it was possible to go more around outside, but understandable there’s need for restrictions

Dean McVey
Go early or go late. Give yourself an hour and a half. More to see here than any other Royal Residence. Right beside a great park too! Tip: Check if the Queen is local, if so, you won’t get in.
Load more comments
foursquare.com
7.9/10
Nadya Popova, Daria В. and 12,509 more people have been here
I've been here
Add to wishlist

Palace of Holyroodhouse on Foursquare

Nelson's Monument is a commemorative tower in honour of Vice Admiral

The Alcázar de los Reyes Cristianos (Spanish for 'Castle of the

Linderhof Palace (German: Schloss Linderhof) is a palace in Germany,

The Burghausen Castle in Burghausen, Upper Bavaria is the longest 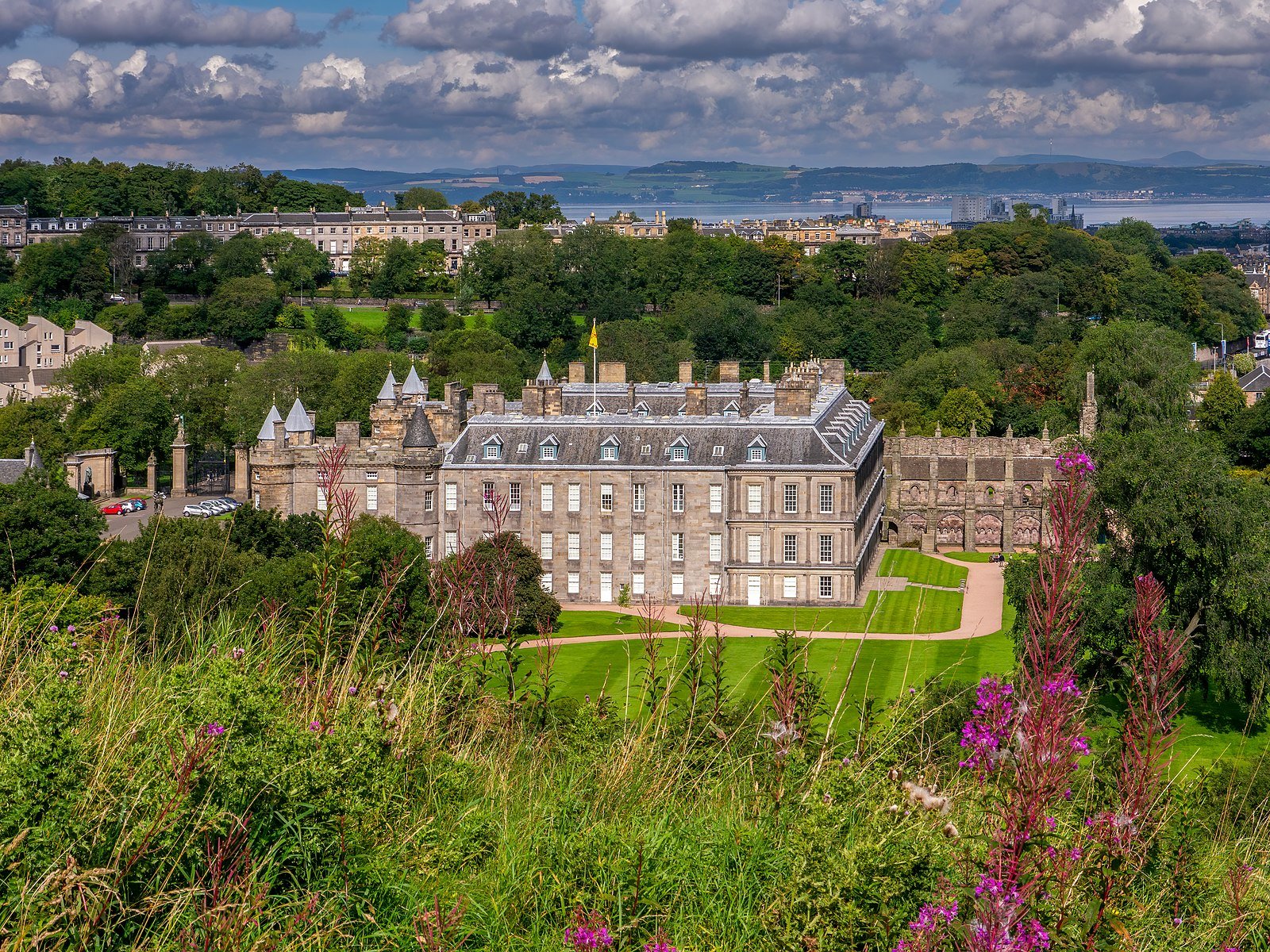 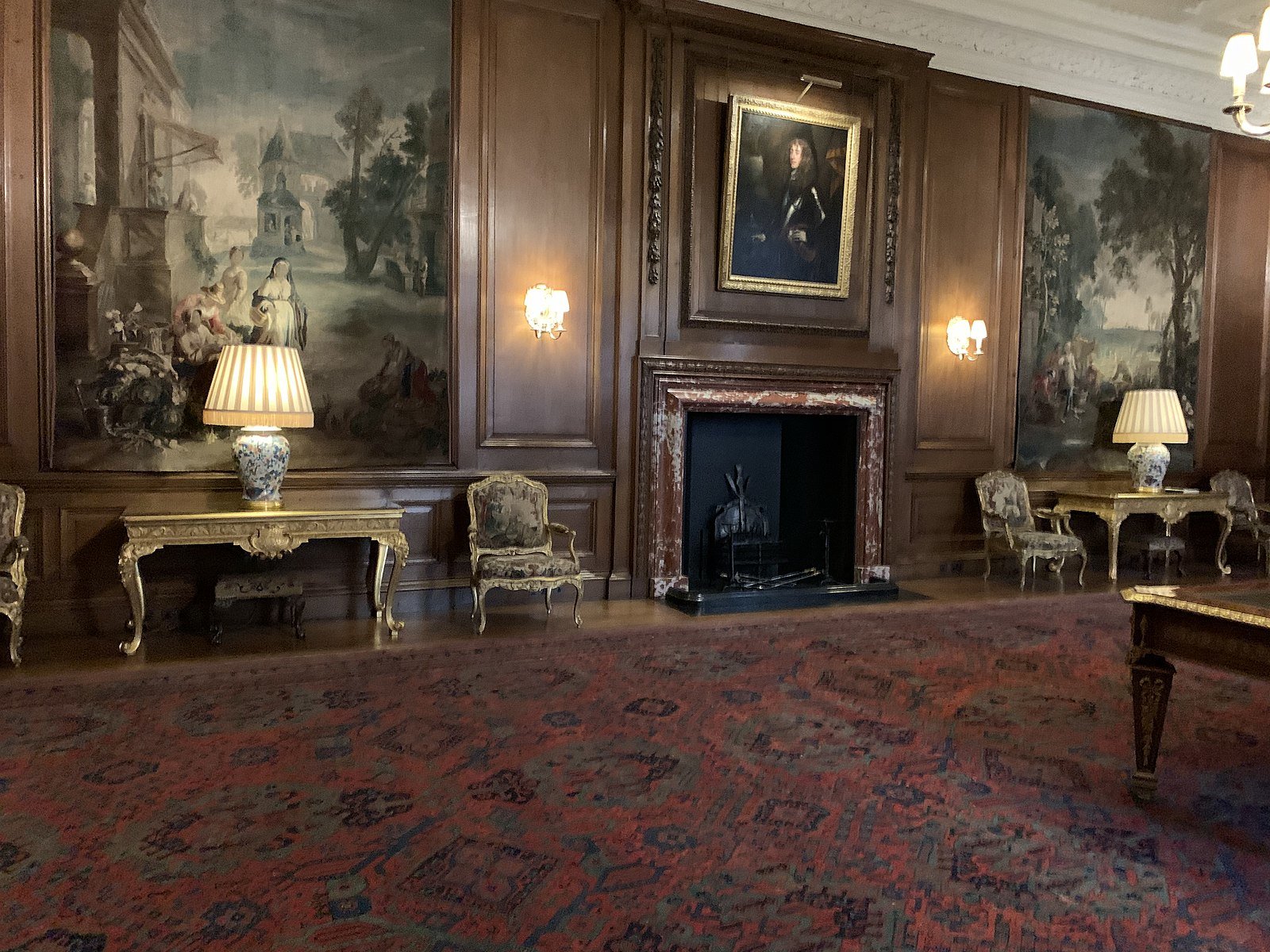 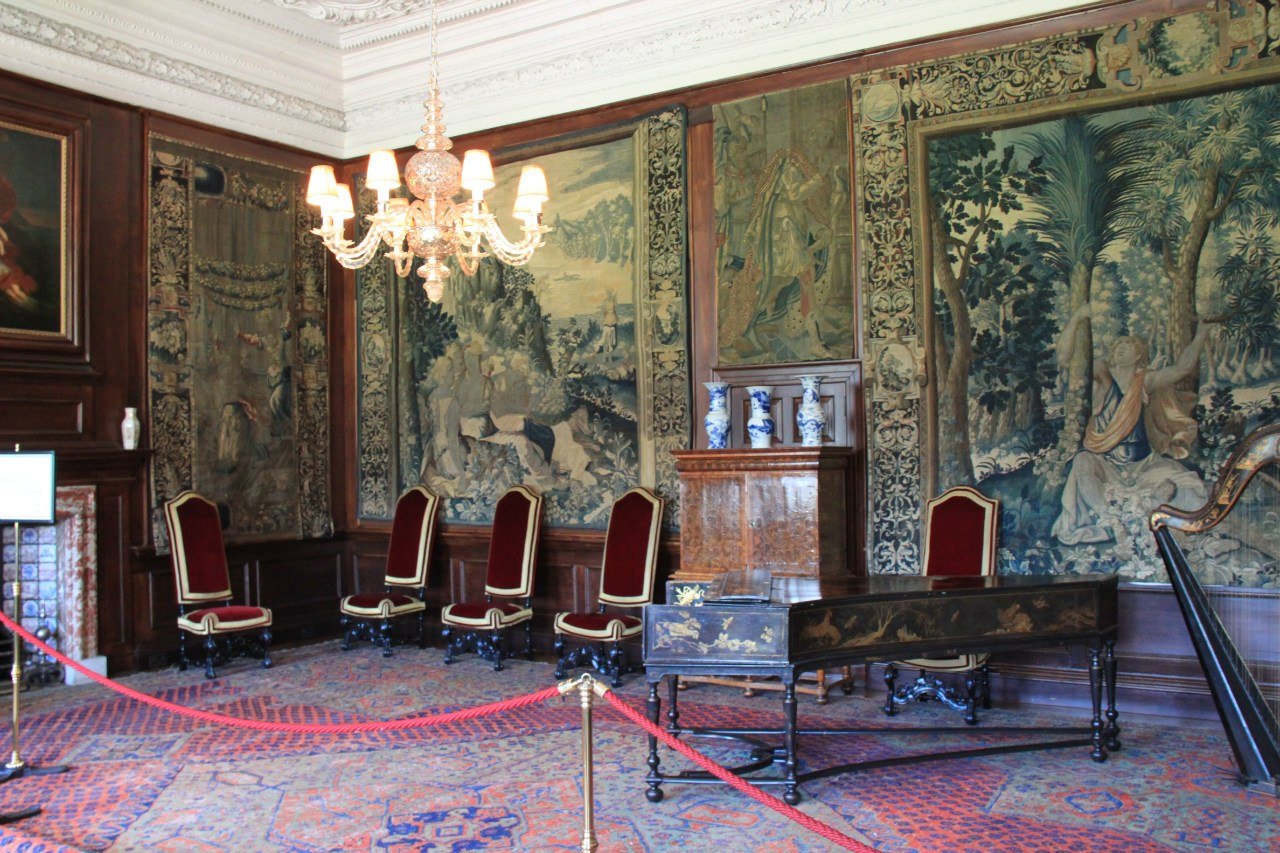 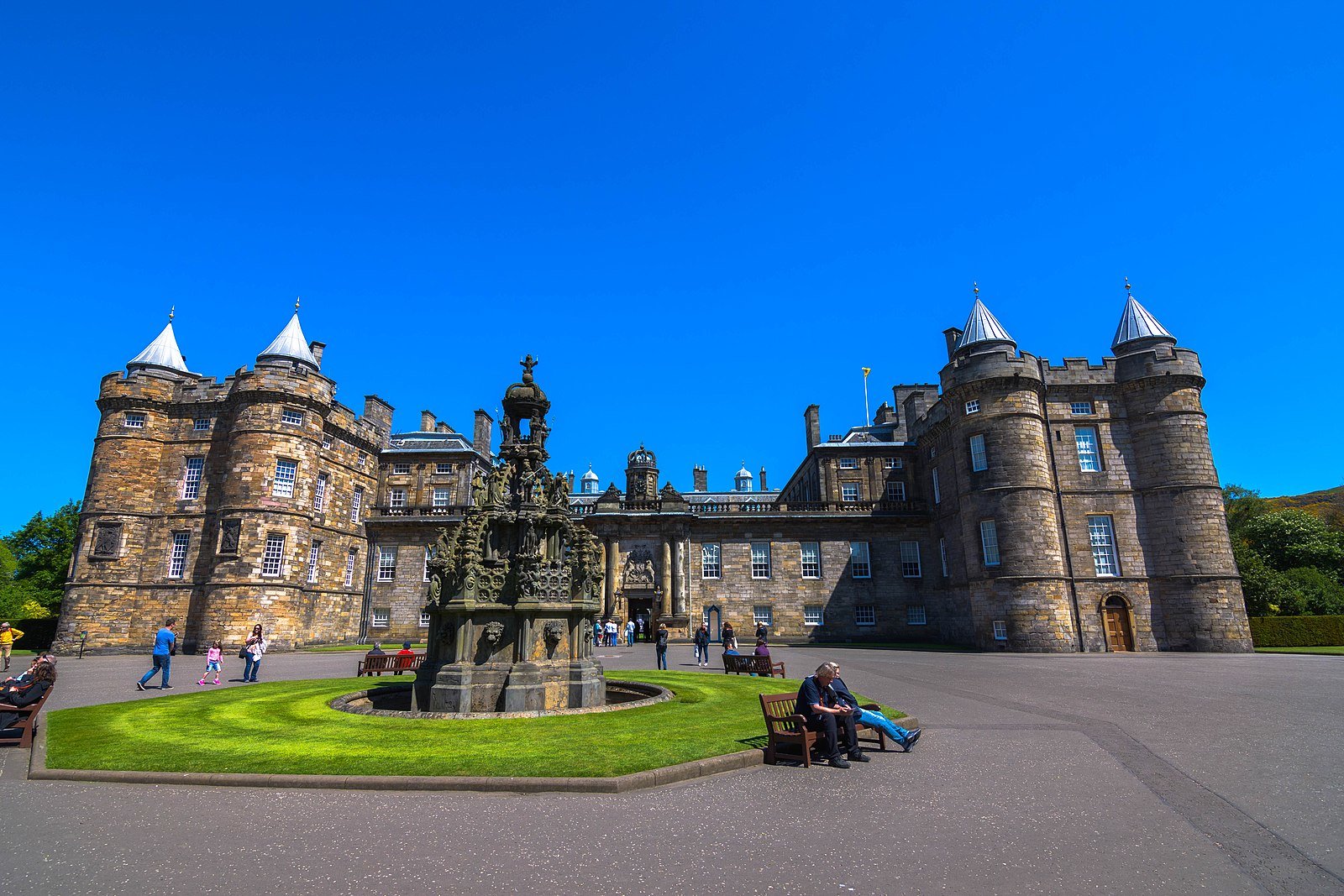 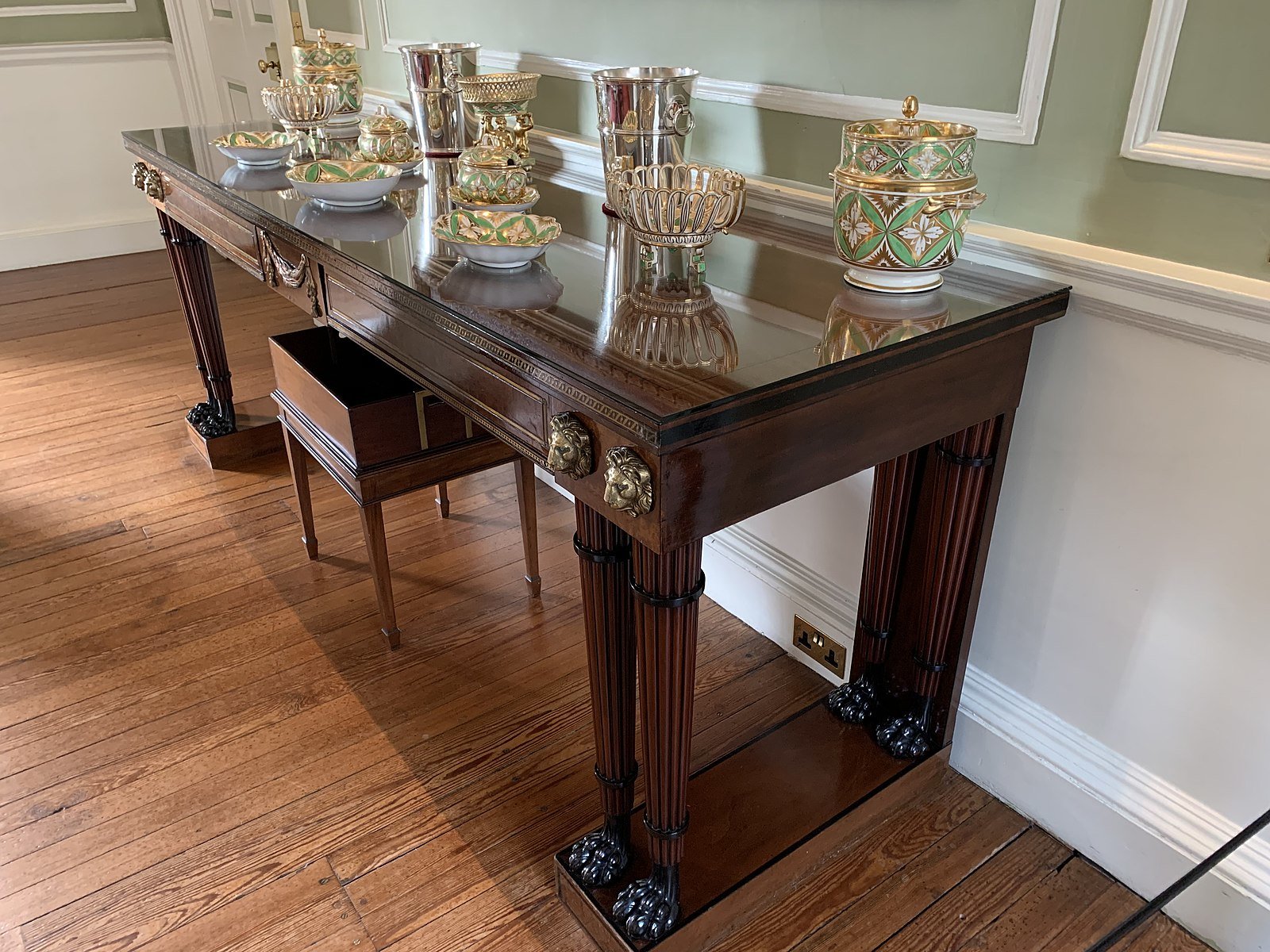 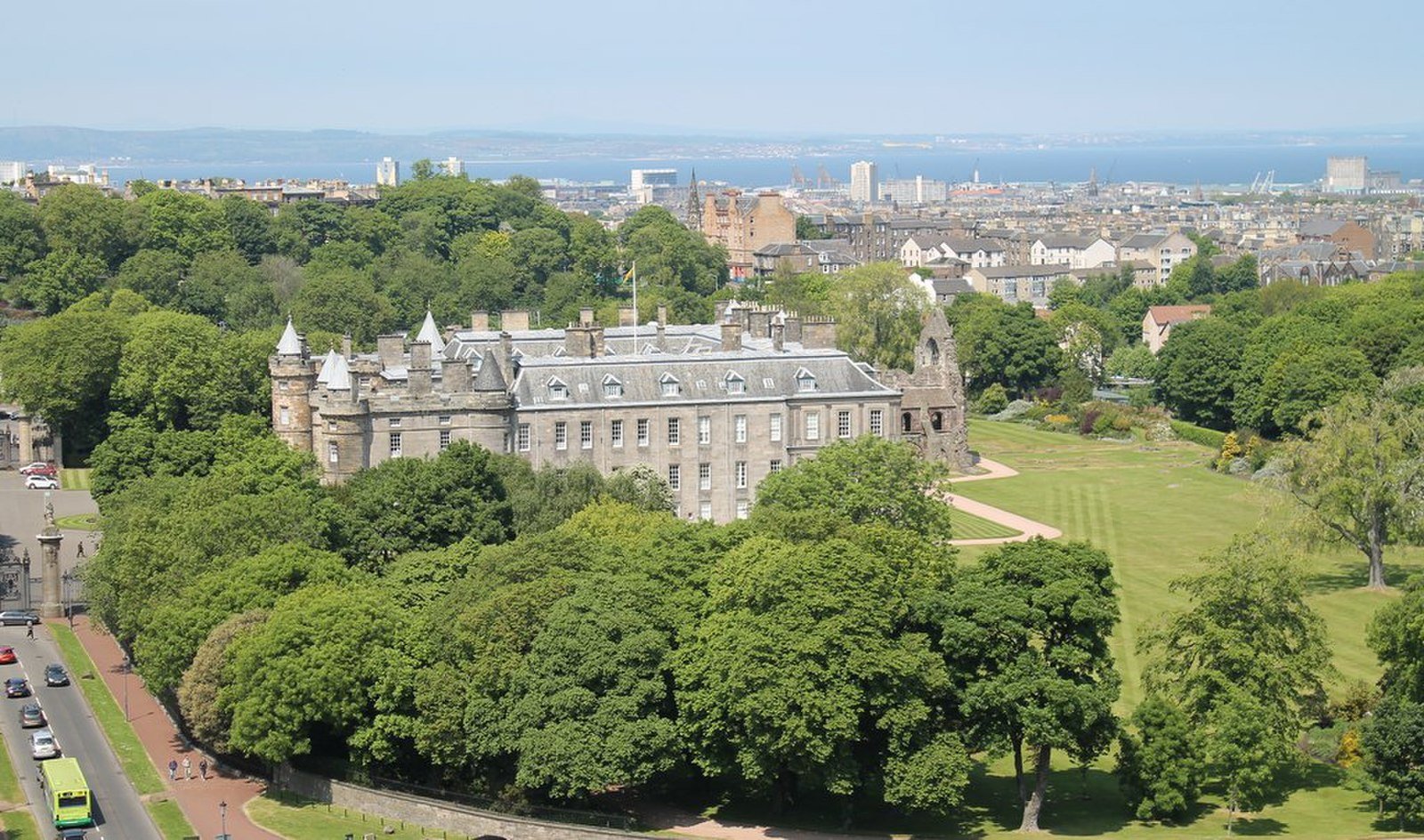 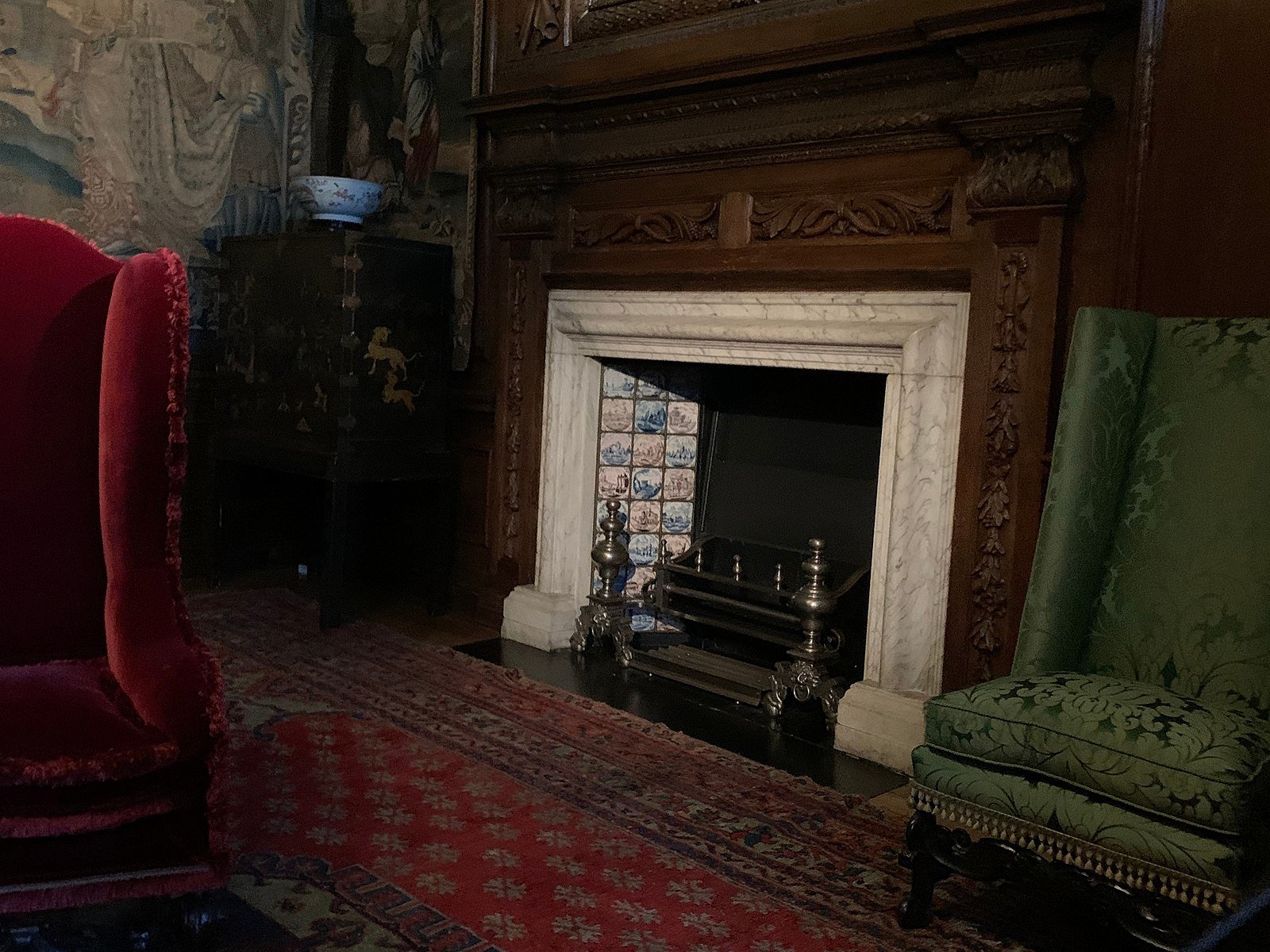 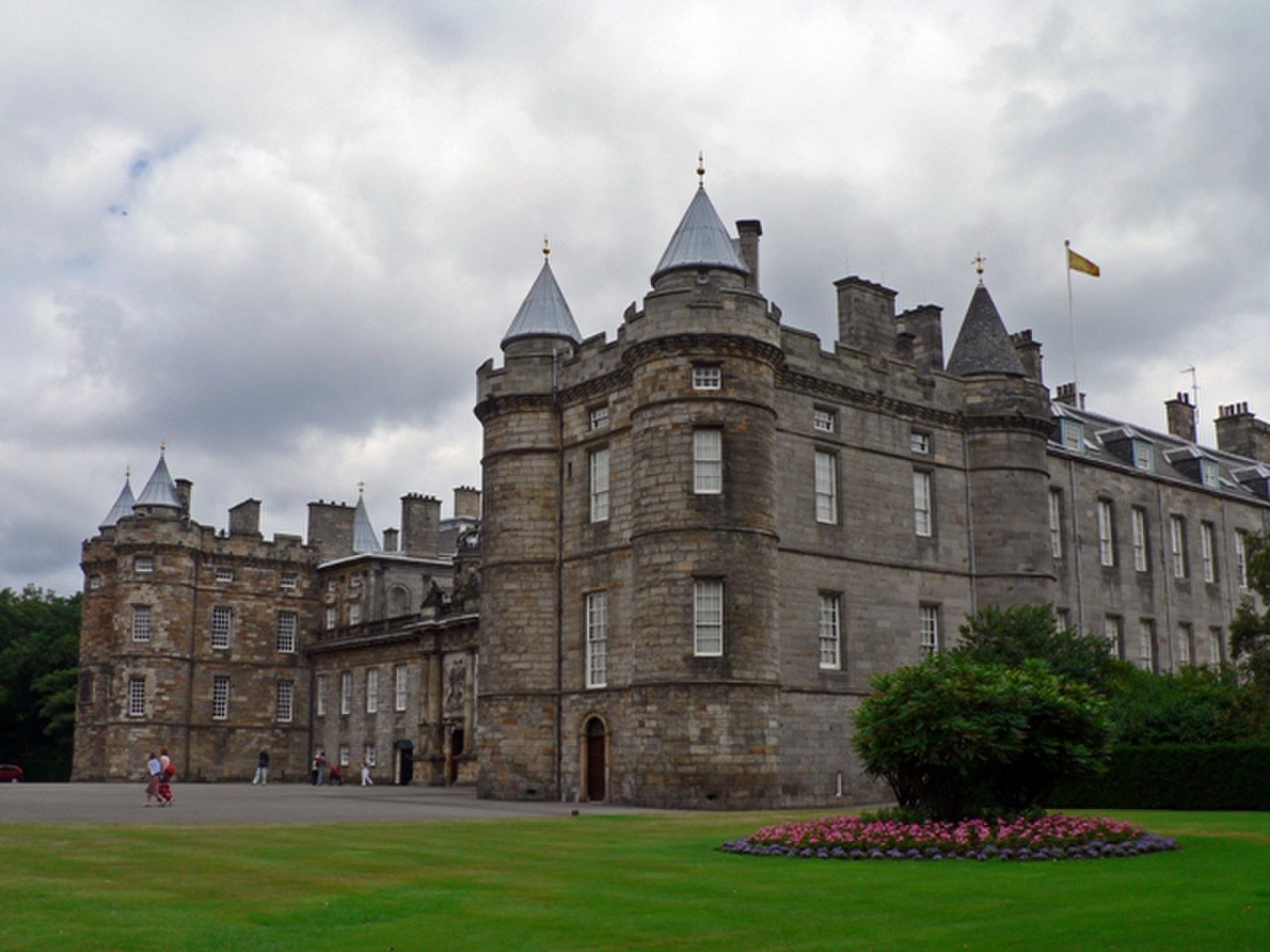 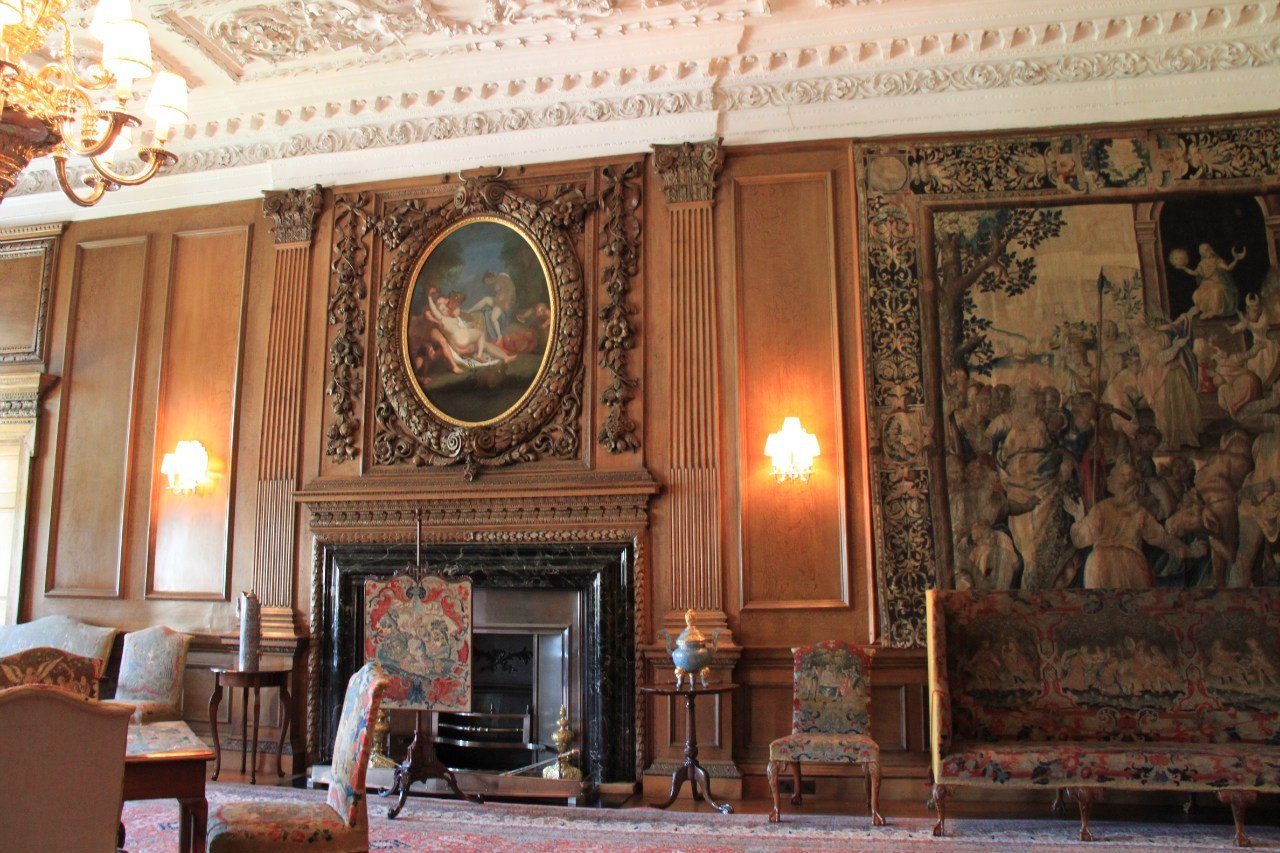 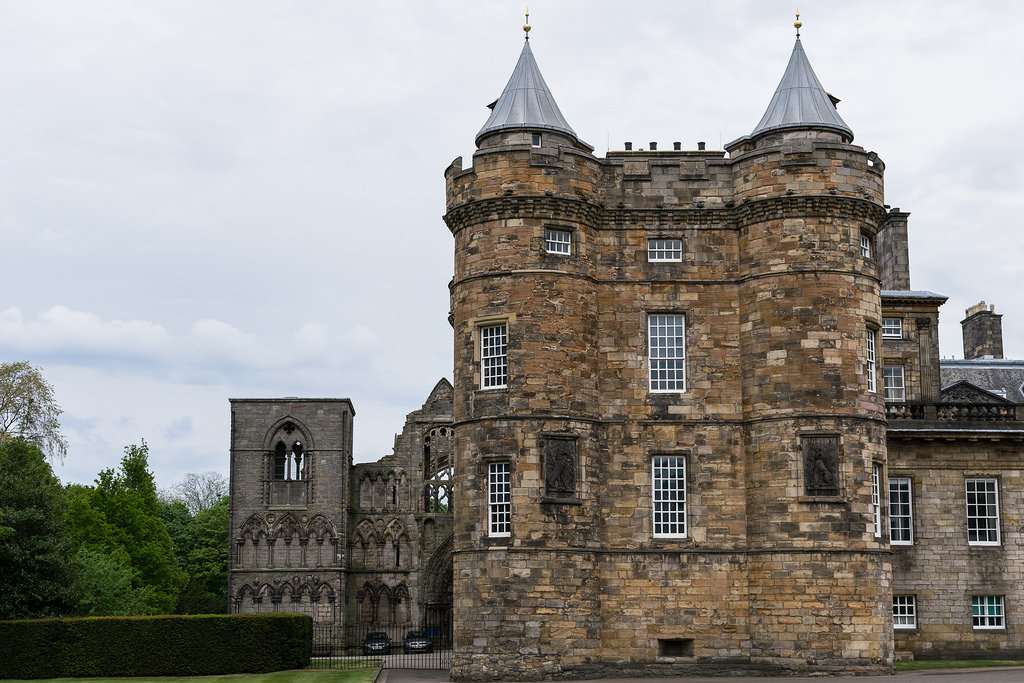 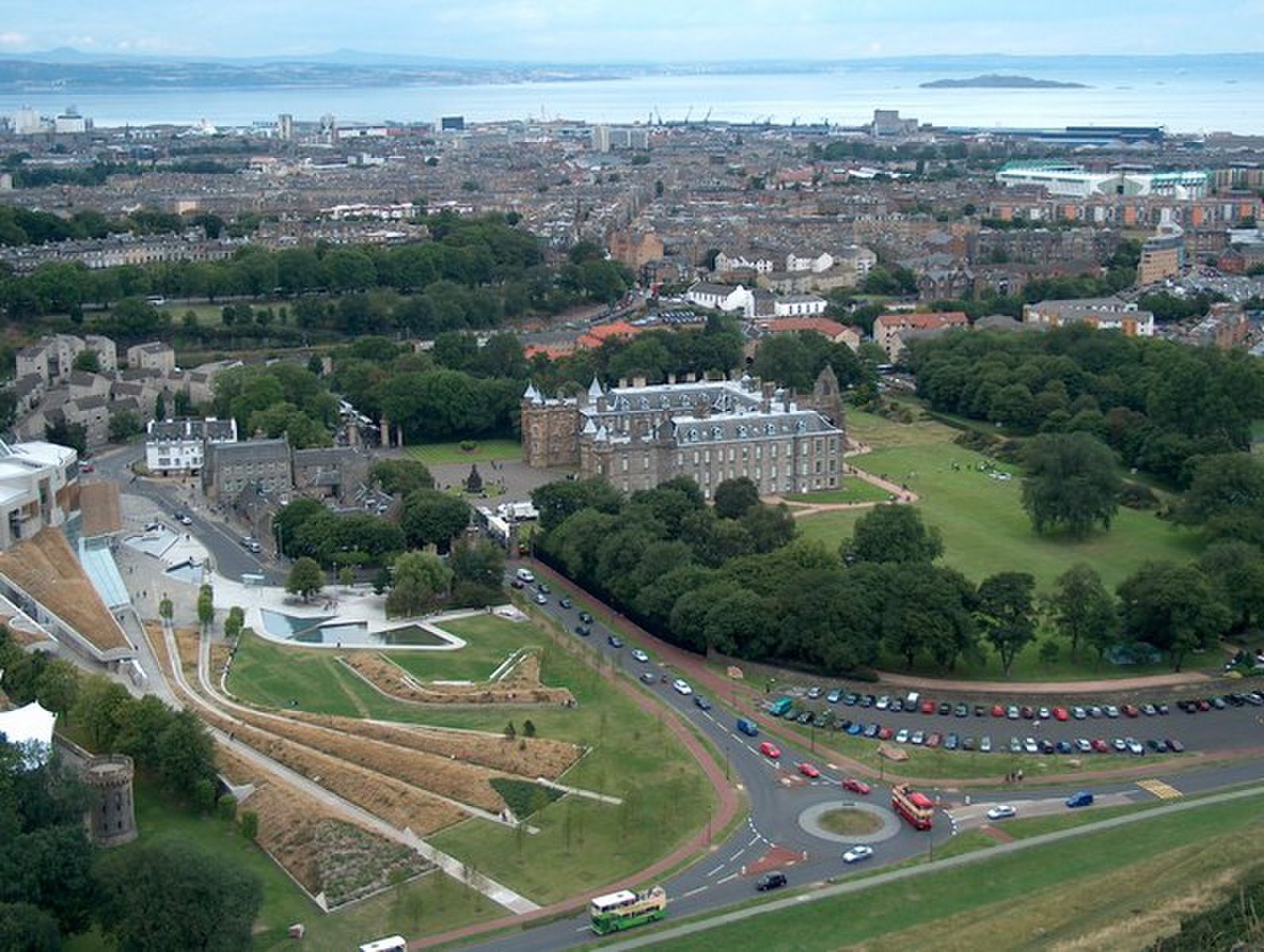 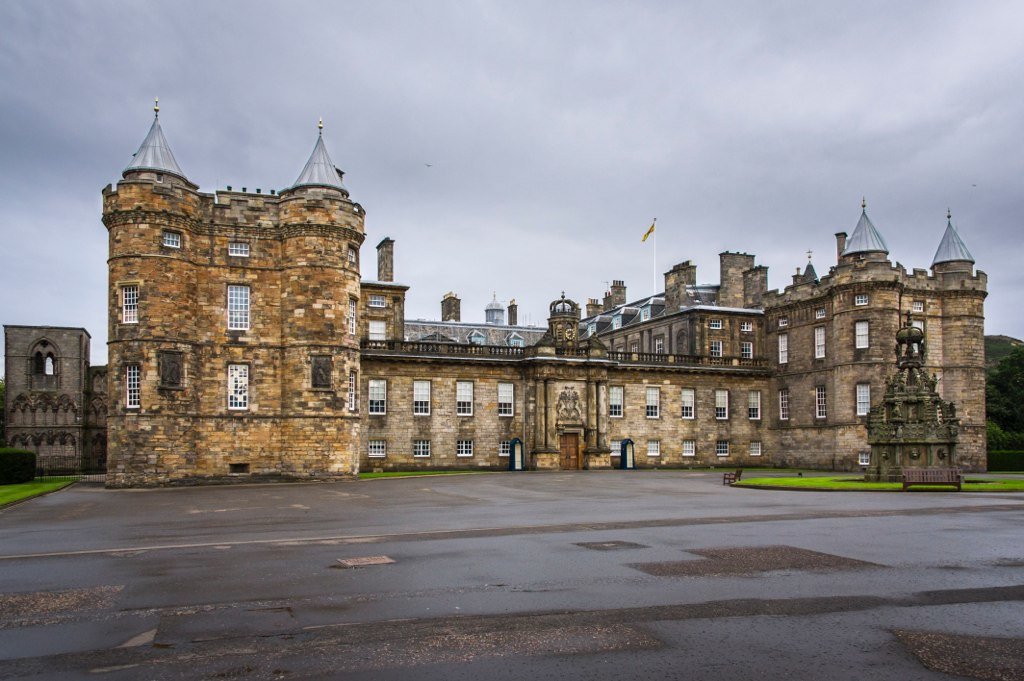 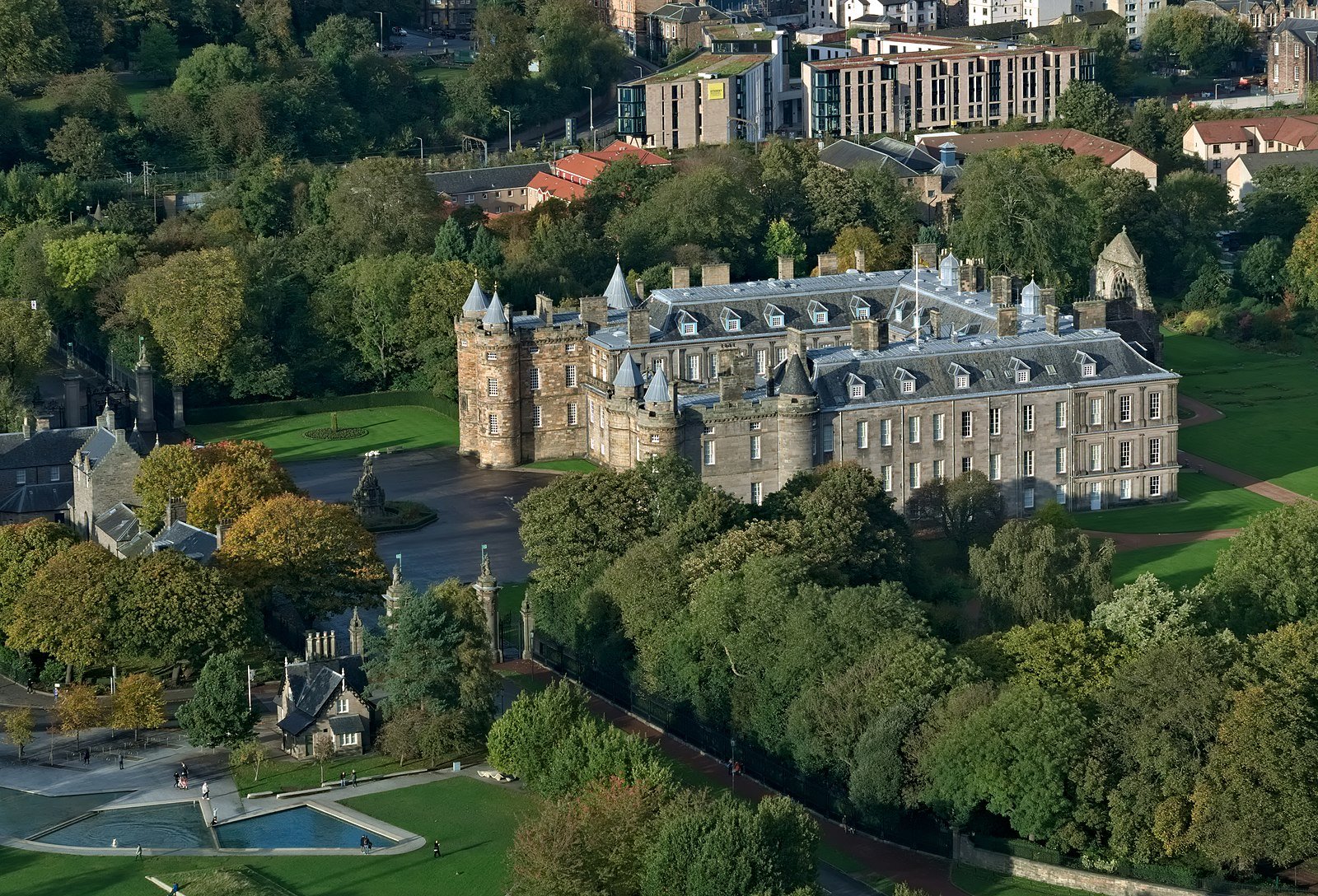 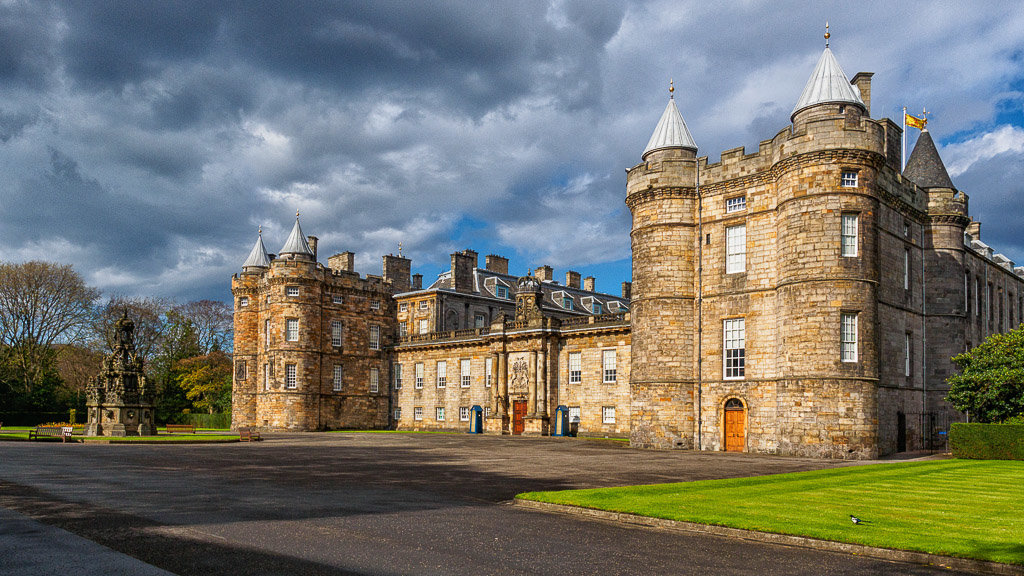 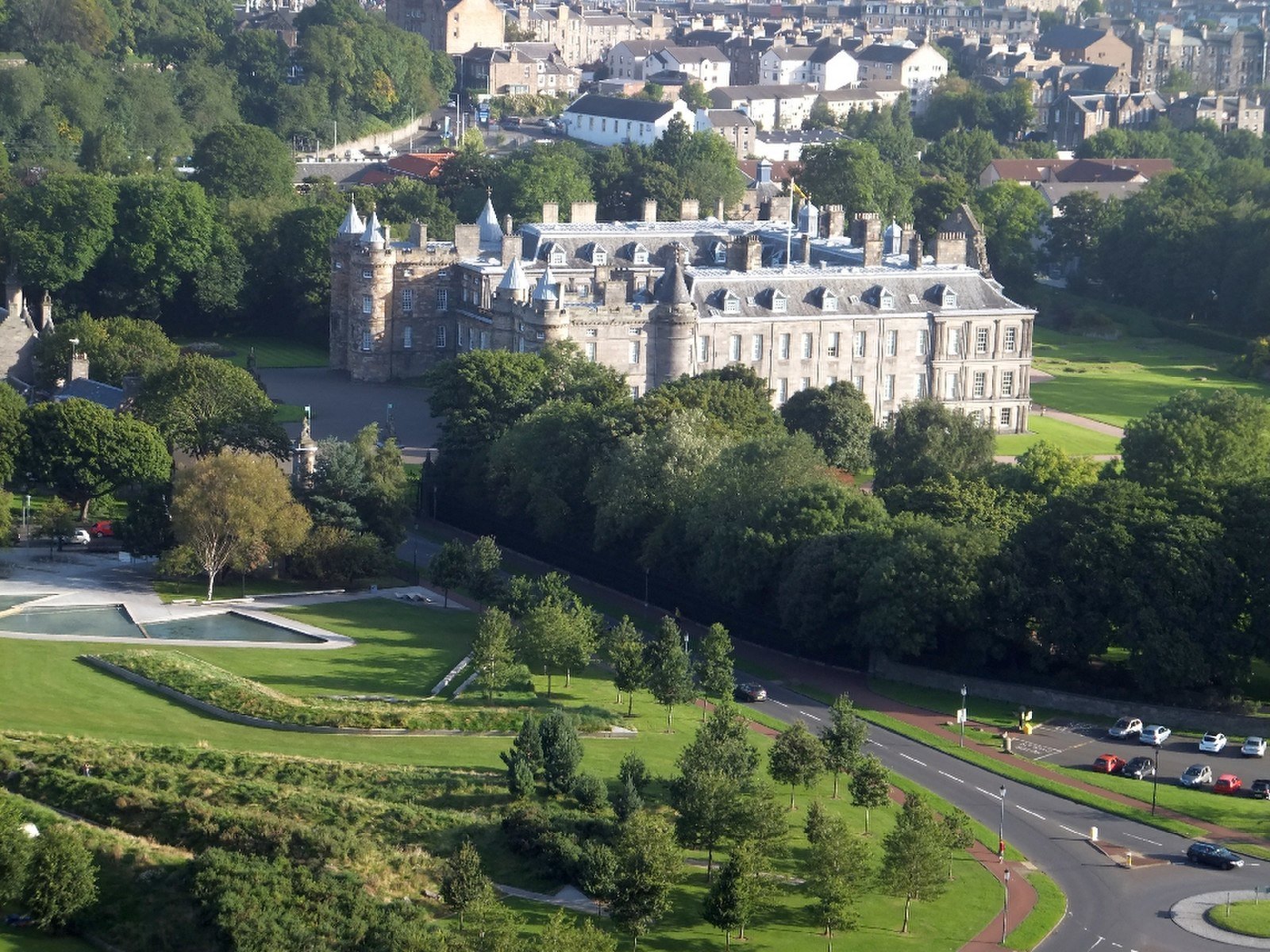 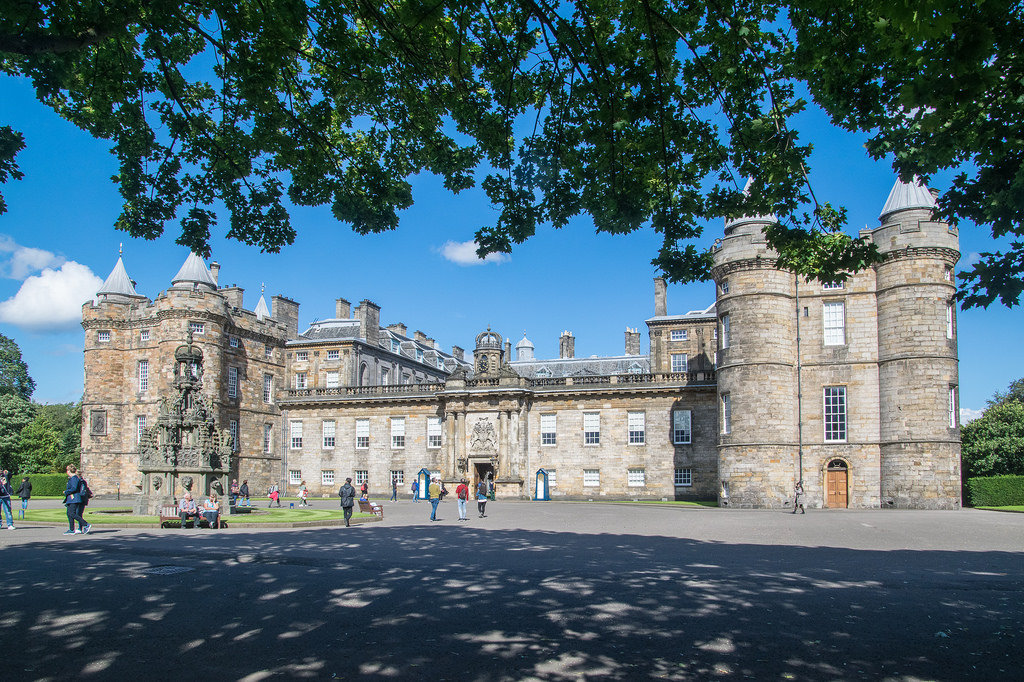 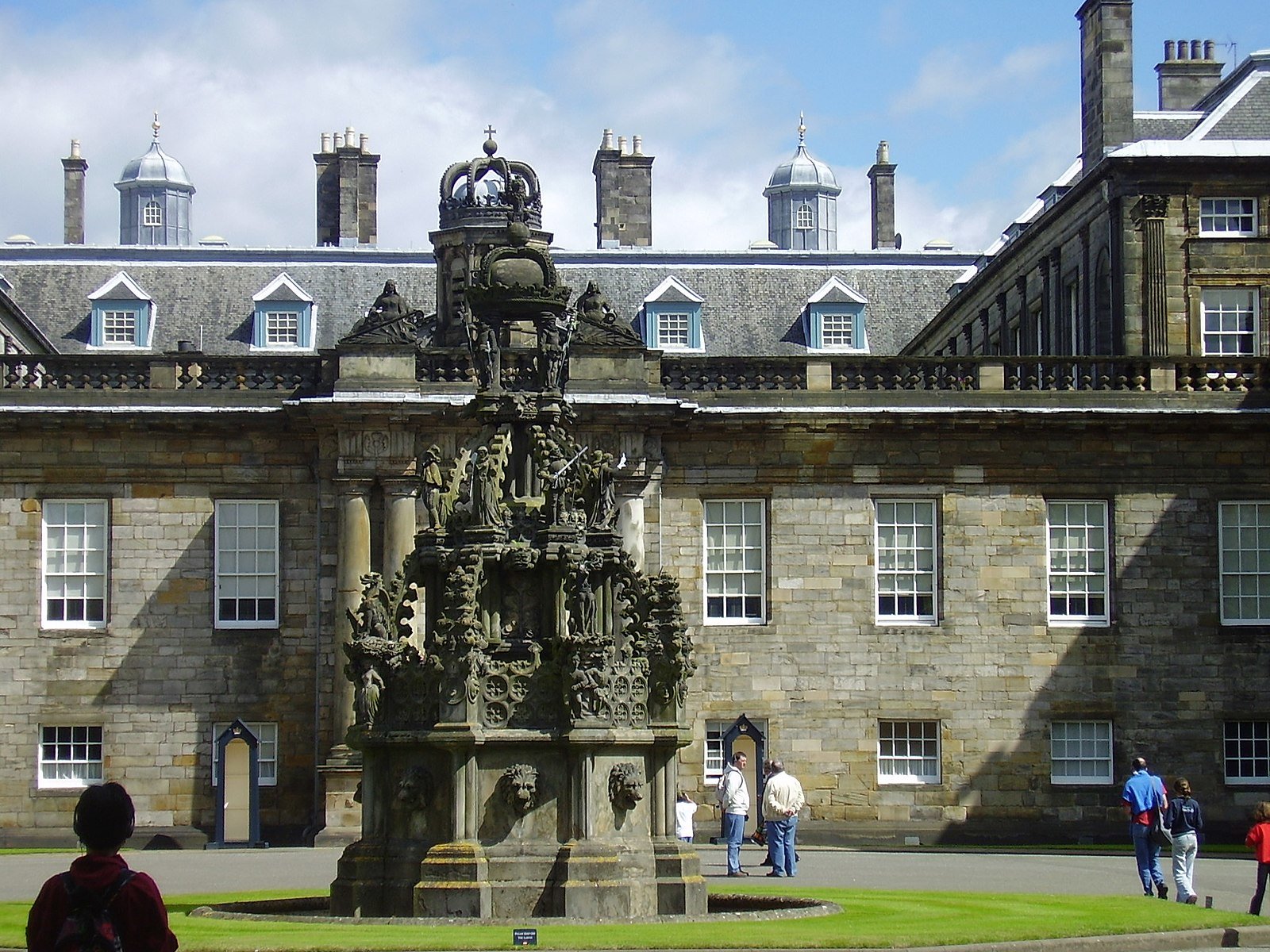 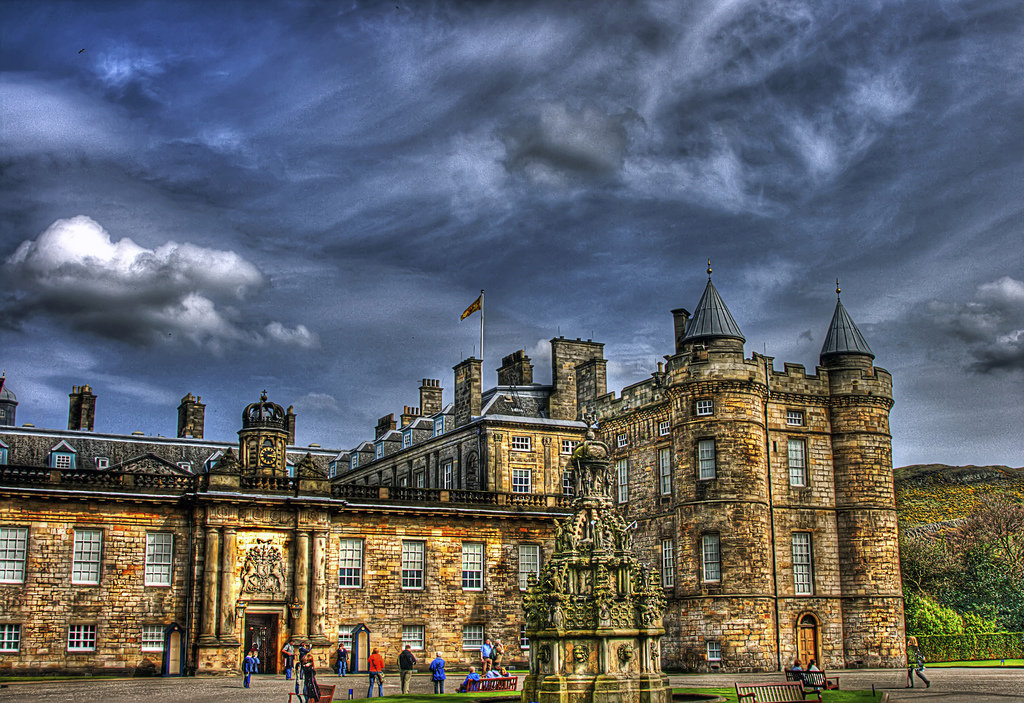 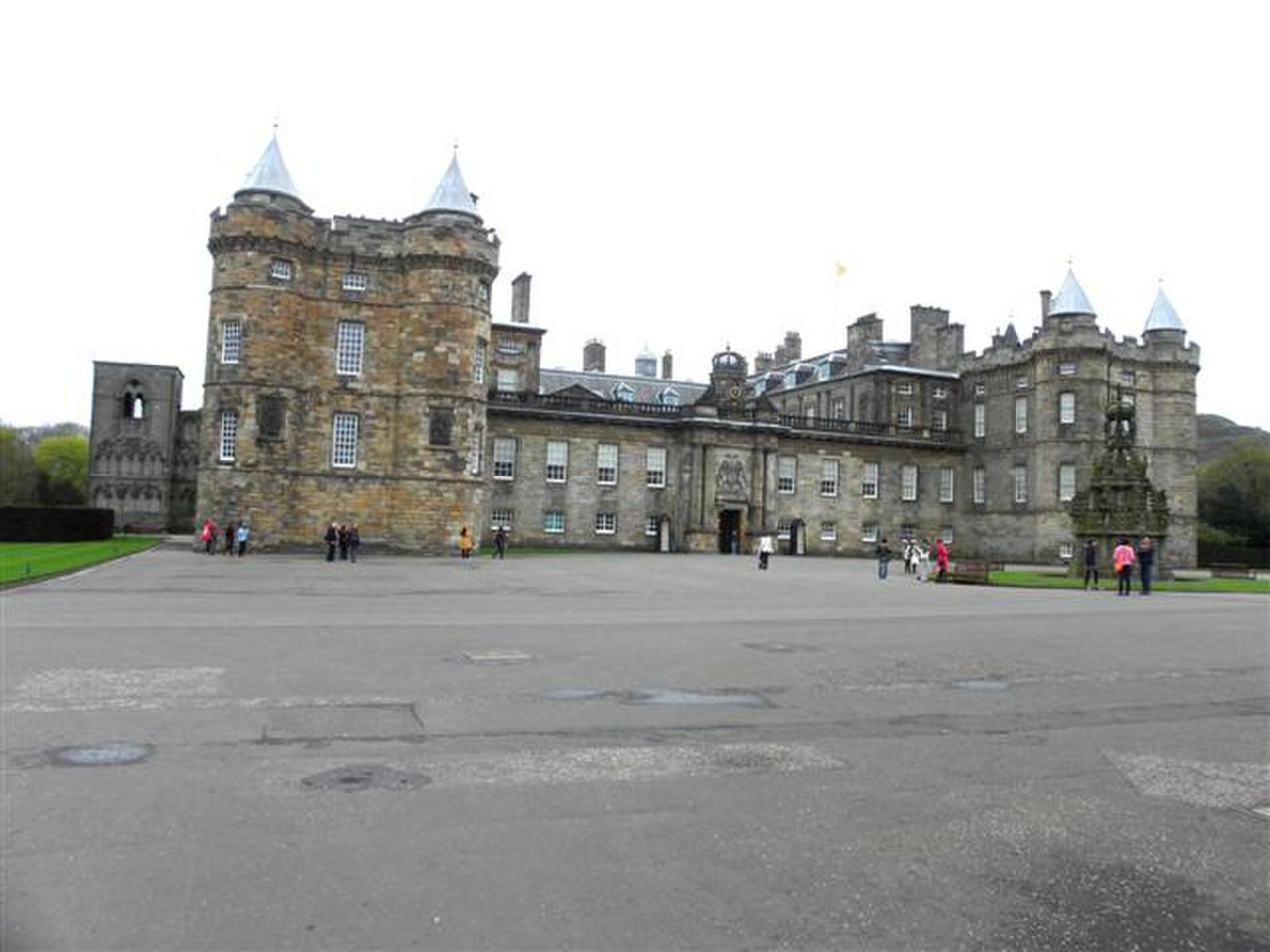 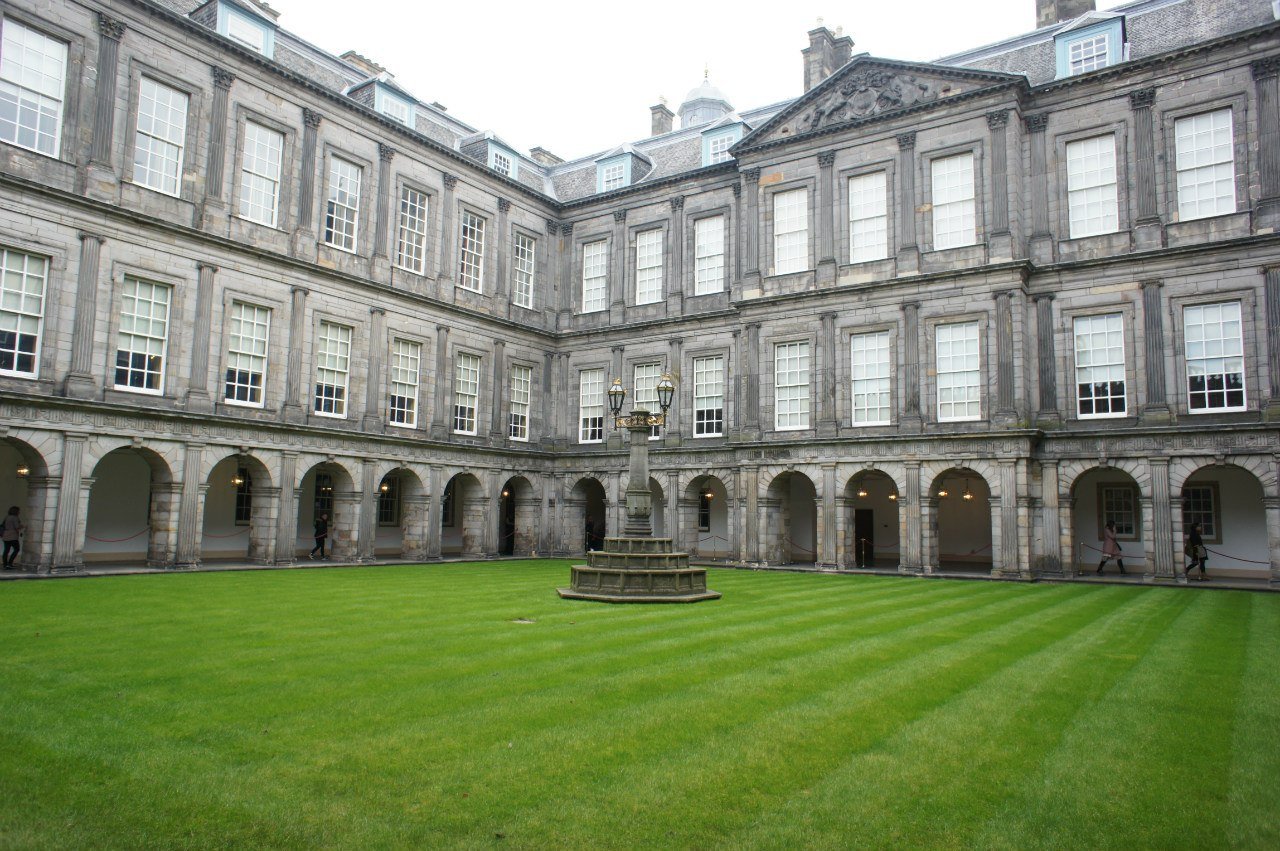 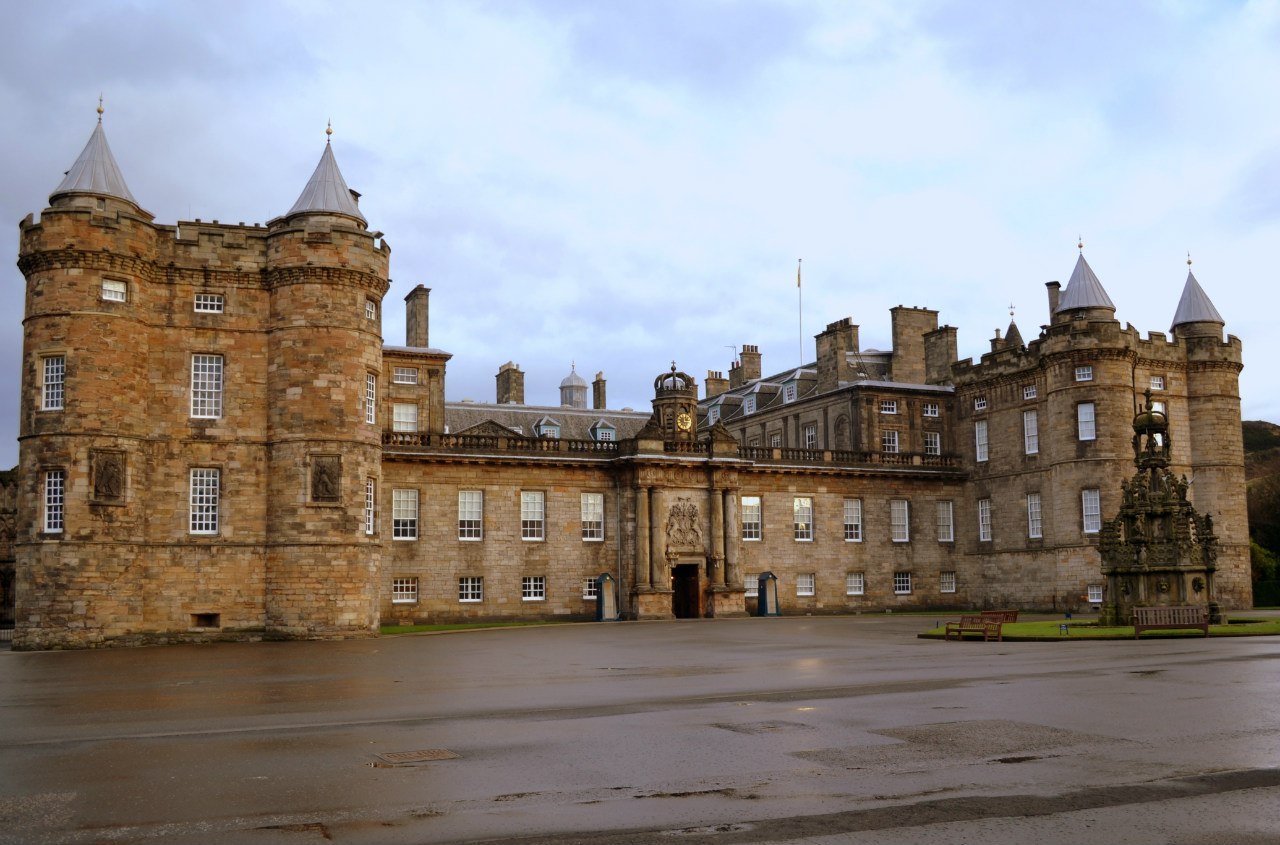