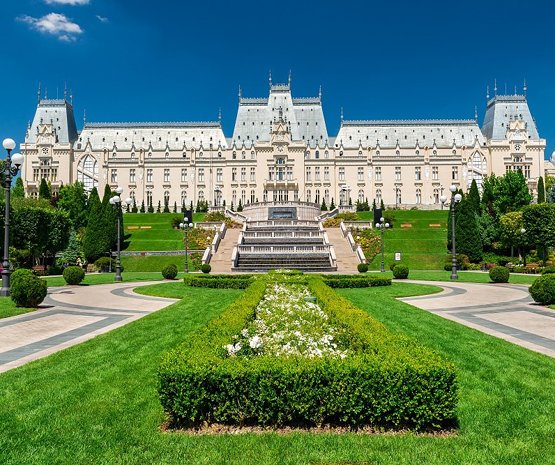 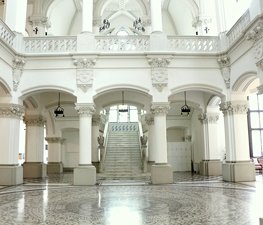 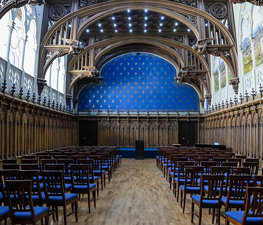 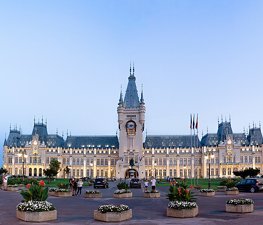 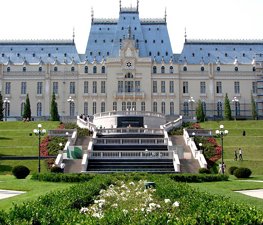 The Palace of Culture (Romanian: Palatul Culturii) is an edifice located in Iaşi, Romania. The building served as Palace of Justice until 1955, when its destination was changed, being assigned to the four museums nowadays united under the name of Moldova National Museum Complex. Also, the building houses the Cultural Heritage Conservation-Restoration Centre, the main branch of the Gheorghe Asachi Iaşi County Library and hosts various exhibitions and other events.

The construction, started in 1906, was partly built on the old ruins of the mediaeval Royal Court of Moldavia (1434), and partly on top of the foundations of the former neoclassical style palace, dated to the time of Prince Alexandru Moruzi, rebuilt by Prince Mihail Sturdza and demolished in 1904. It was from this latter building that the Palace inherited the legend of the 365 rooms, as many as the days within one year.

The Romanian architect I.D. Berindei was assigned to plan the building and he designed it in flamboyant neo-Gothic style. During World War I, the construction halted due to the limitation of resources. The monument was inaugurated on 11 October 1925 by King Ferdinand of Romania.

Decoratively, the central hall shows a figurative mosaic including various representations of a gothic bestiary, concentrically arranged: two-headed eagles, dragons, griffons, lions. The hall is superposed by a glass ceiling room, where initially a greenhouse was arranged.

Moldova National Museum Complex of Iaşi hosts four museums located in the Palace of Culture: The Museum of Art, The Museum of History, The Museum of Ethnography, and The Museum of Science and Technology. The Museums also comprise their own stores and libraries, as well as halls for temporary exhibitions.

The Ethnographic Museum of Moldavia owns more than 11,000 objects depicting the Romanian advance through the ages. The museum, also, coordinates the Wine and Vineyard Museum in Hârlău.

The Moldavia's History Museum offers more than 35,000 objects from various fields: archaeology, numismatics, decorative art, ancient books, documents, etc. One of the oldest items, a 70,000-year-old mammoth skull, is from the Middle Palaeolithic Era. Among other items of significance are pottery from the Cucuteni culture, Dacian, Sarmatian, Gothic, and Roman artifacts, and armory and other items of the Middle Ages. Mihail Kogălniceanu Memorial Museum and Museum of the Union, in Iaşi, Al. I. Cuza Memorial Palace in Ruginoasa and the Archaeological Reserve of Cucuteni, are coordinated by Moldavia's History Museum.

Phoebe Eleftheriadou
A beautiful palace now turned into museum. Actuyally 4 museums! the ticket is very cheap 40 RON for all 4 museums. the personel very polite. must visit!

Filip Arian Ionita
Everything great personnel,but what impressed me the most was the song that the bells at o'Clock-s would sing a cute song and after we finished everything there was we were minds blown! A must!

Bogdan Botezatu
Built between 1906 and 1925. NOT the residence of Stefan the Great. It is the former Palace of Justice, currently a complex of museums and culture institutions.

Oana Grosu
The most beautiful building of Iasi, if you are in the city you must to visit it

Dusmanu Ionut Tudor
It is truly wonderful to see our palace here. Come and see our wonderful town.

Parcul Palas is a tourist attraction, one of the Parks in Iaşi,

Biserica Trei Ierarhi (Church of the Three Hierarchs) is a

The Great Synagogue of Iași (română. Sinagoga Mare) was built in 16

The Galata Monastery (română. Mănăstirea Galata) is a Romanian Ort

The Frumoasa Monastery (română. Mănăstirea Frumoasa) is a Romanian Ort

The Royal Museum for Central Africa (RMCA) is an ethnographical and 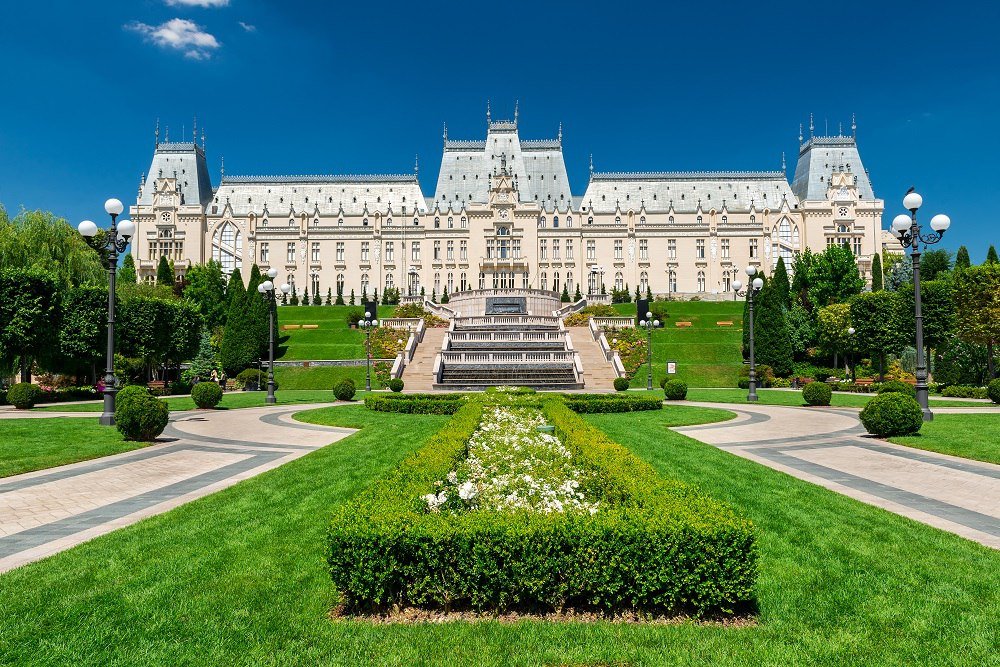 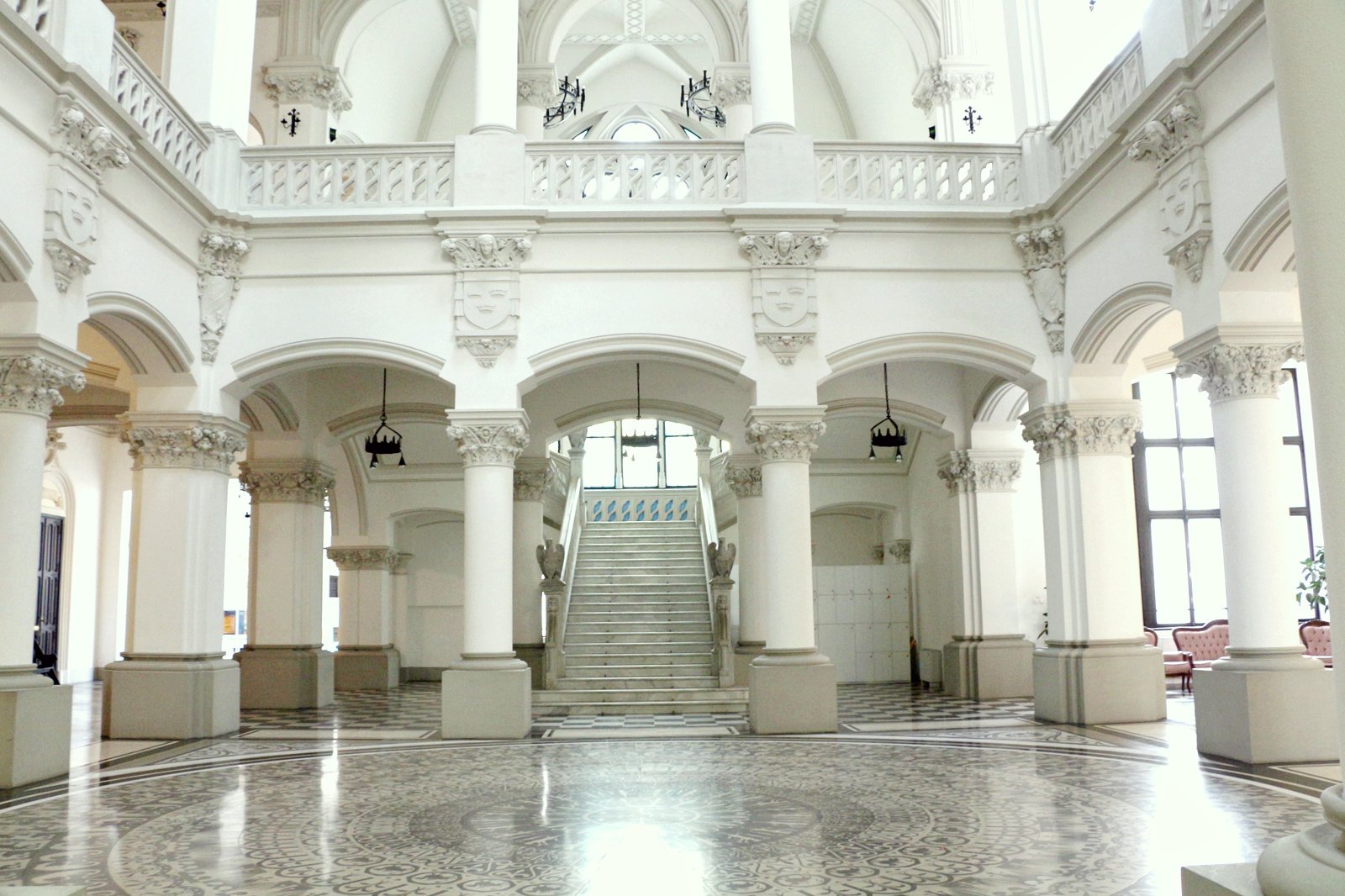 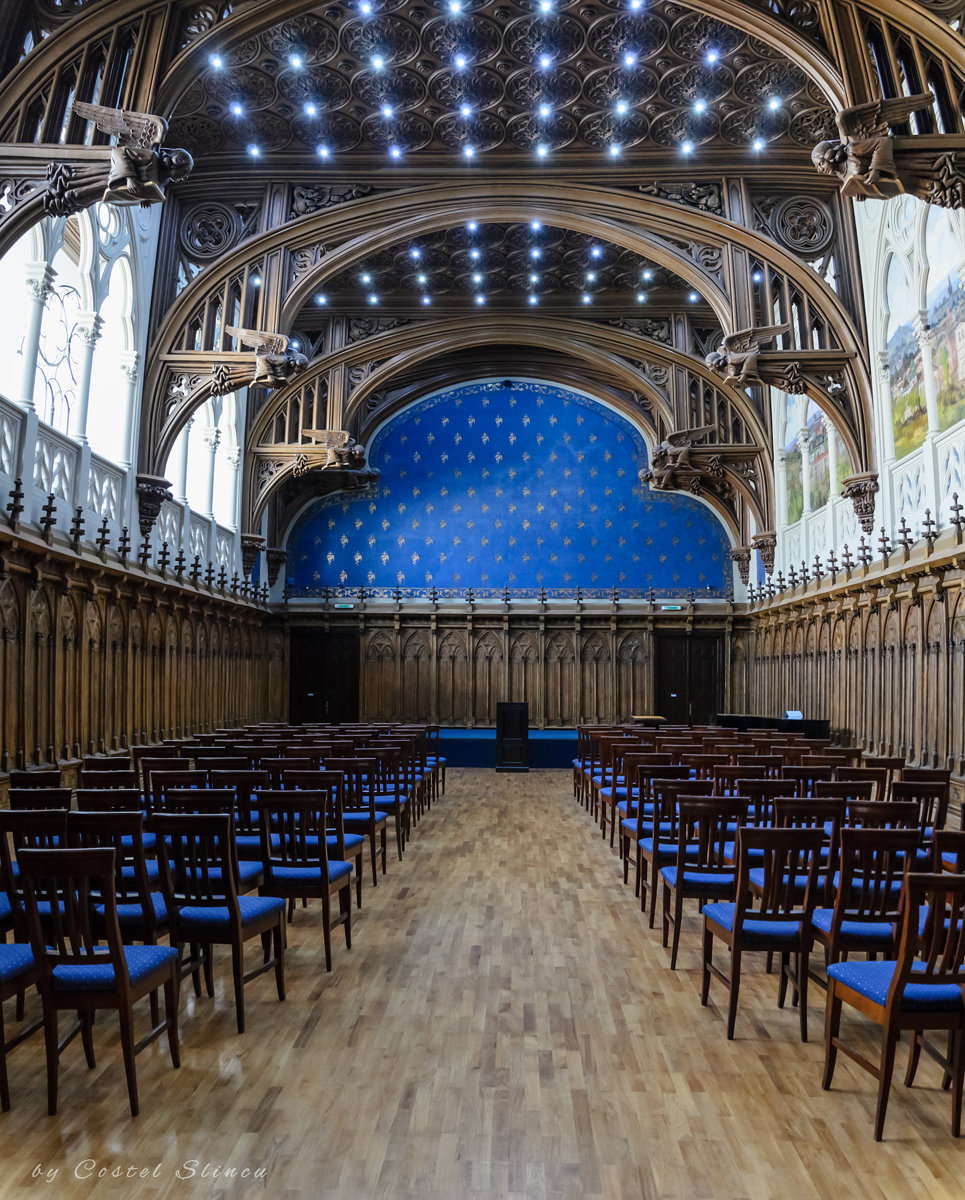 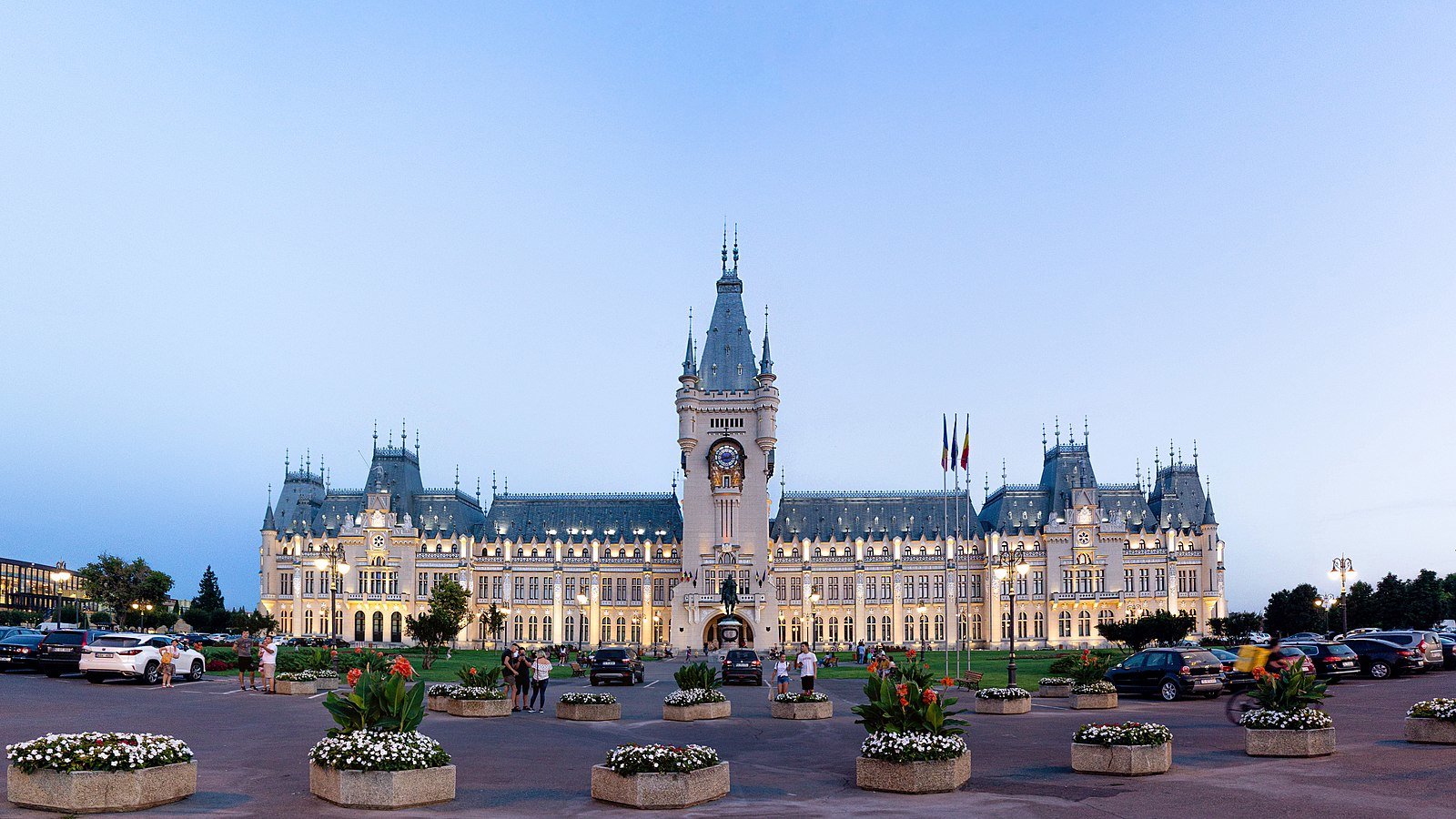 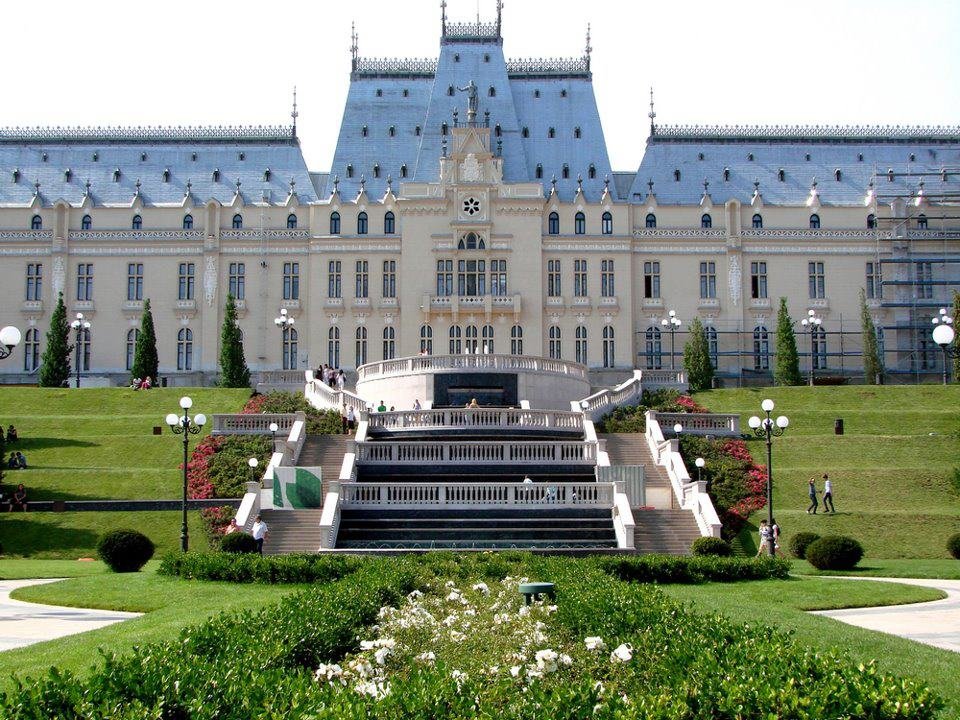 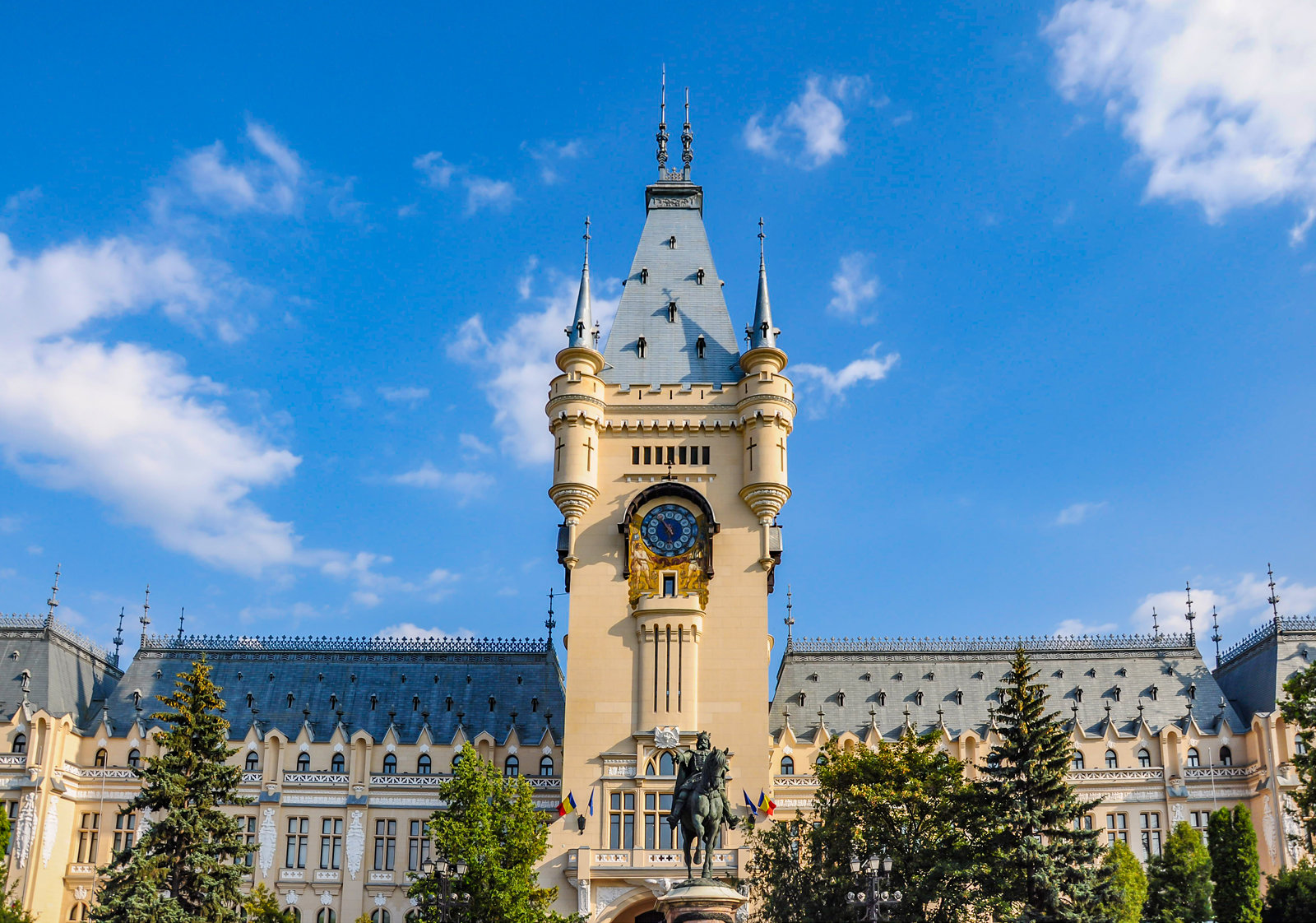 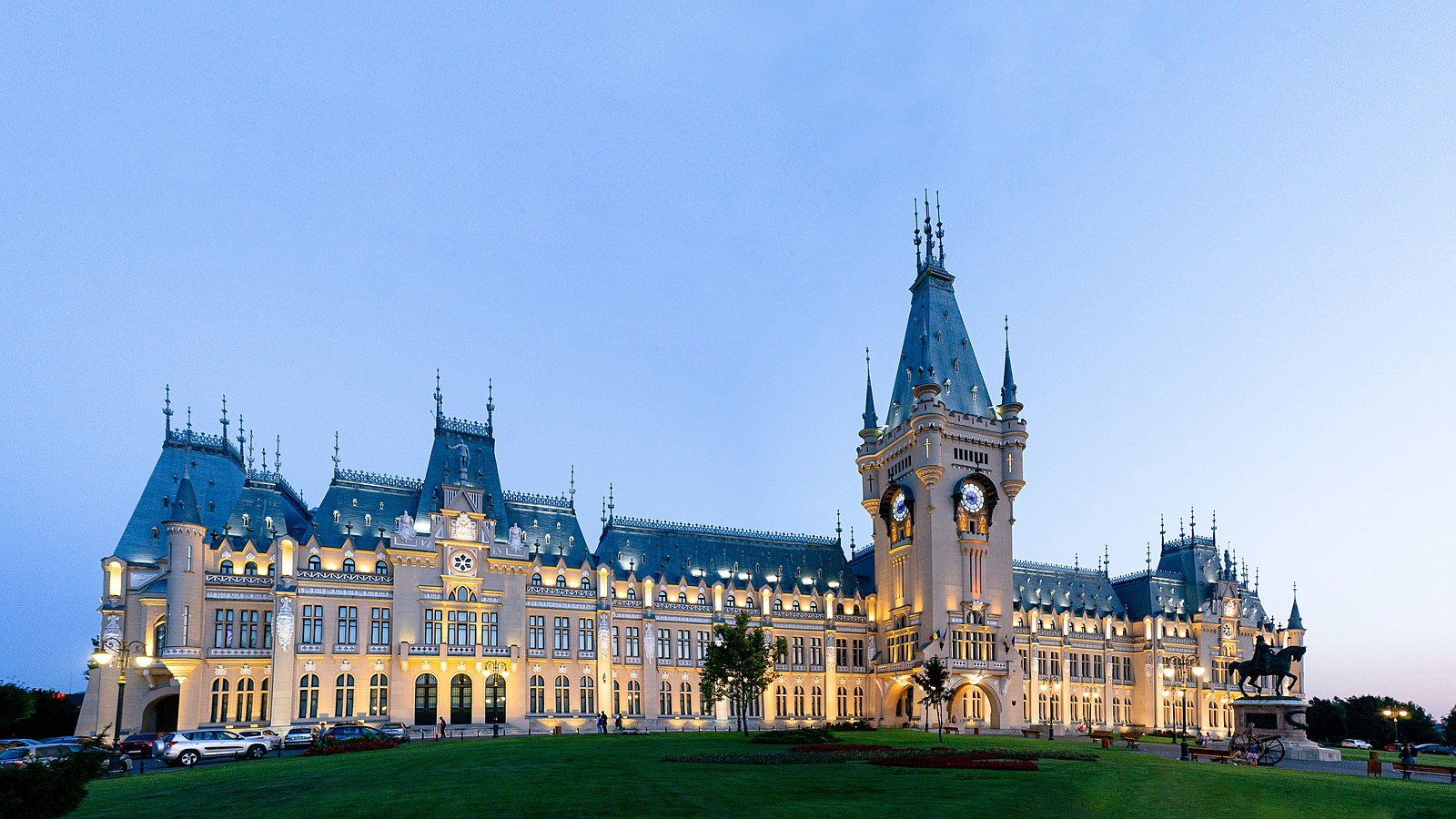 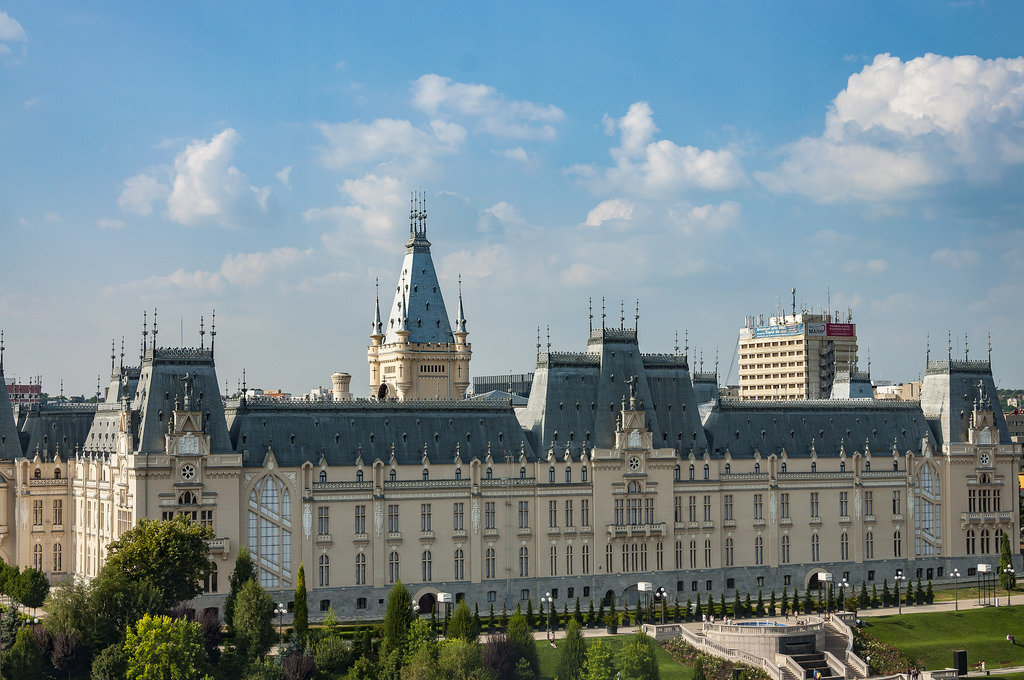 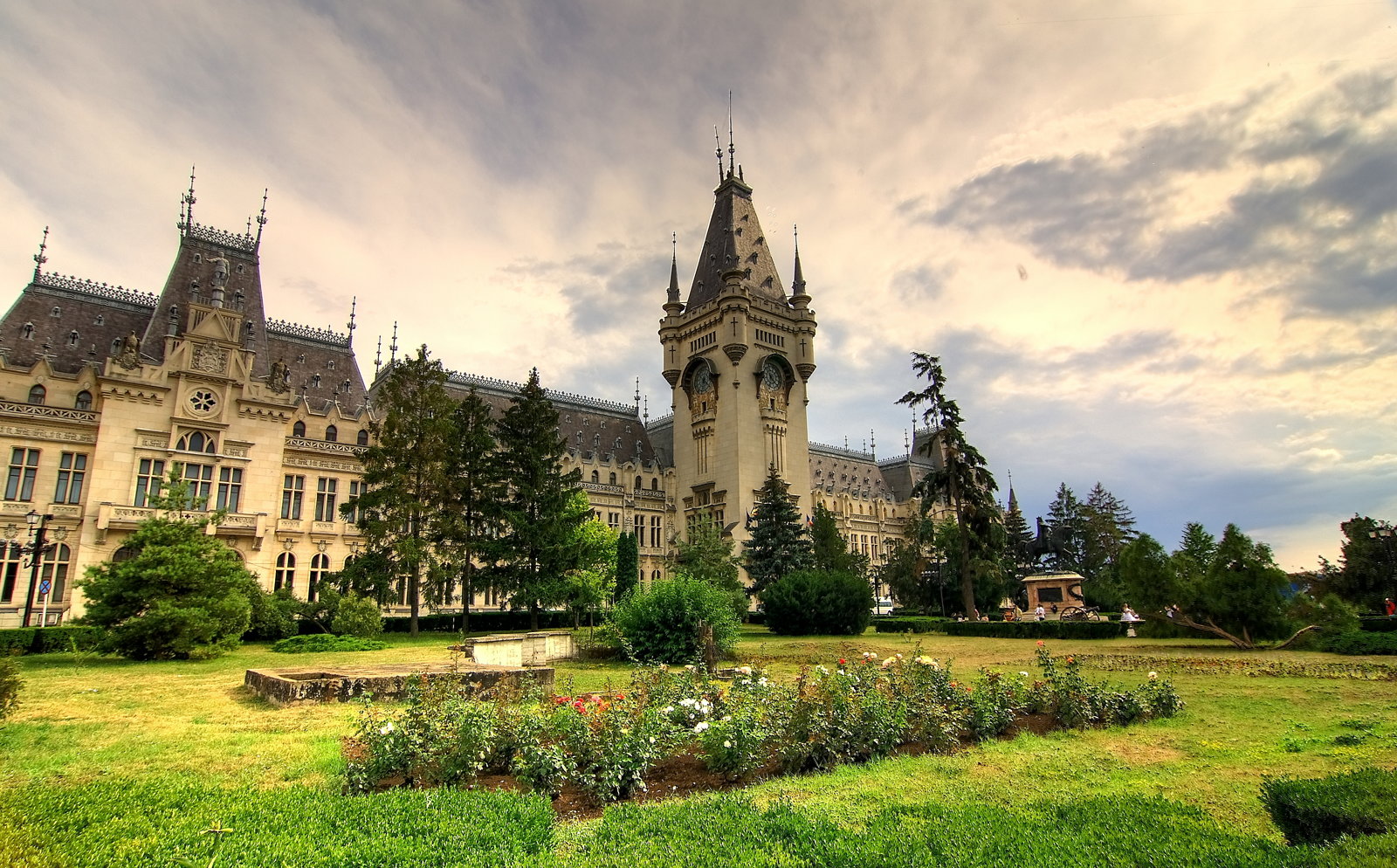 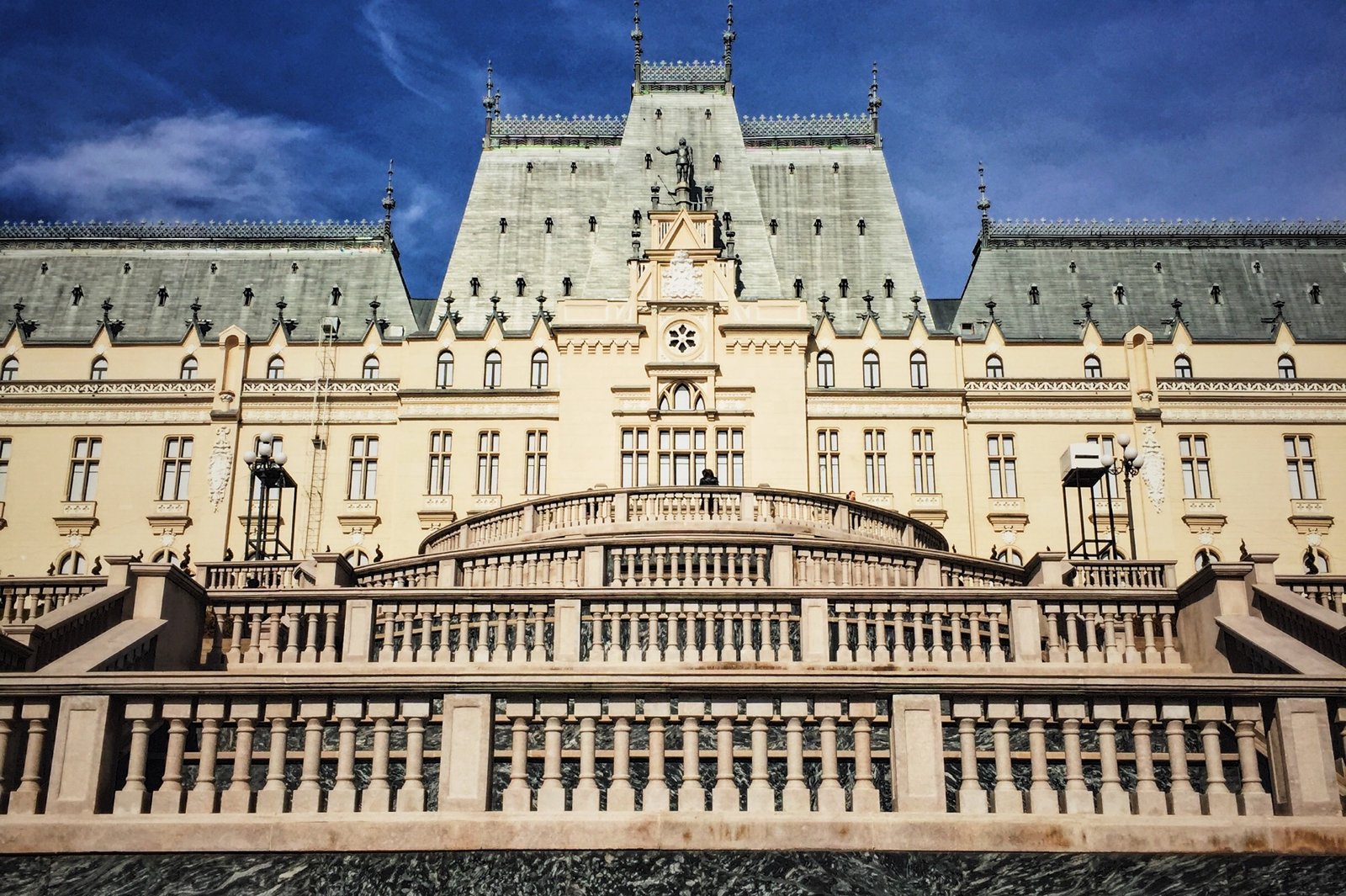 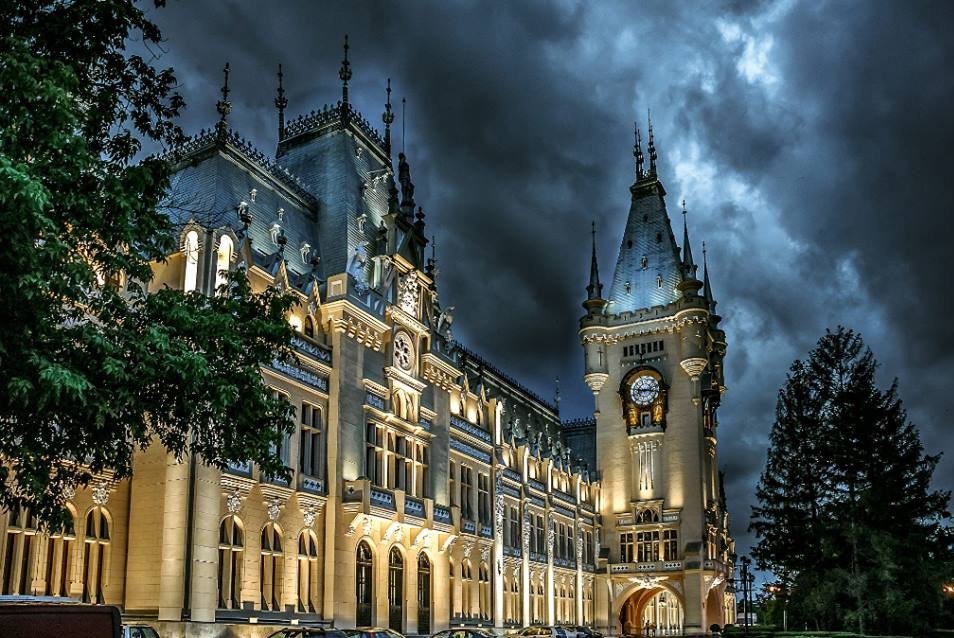 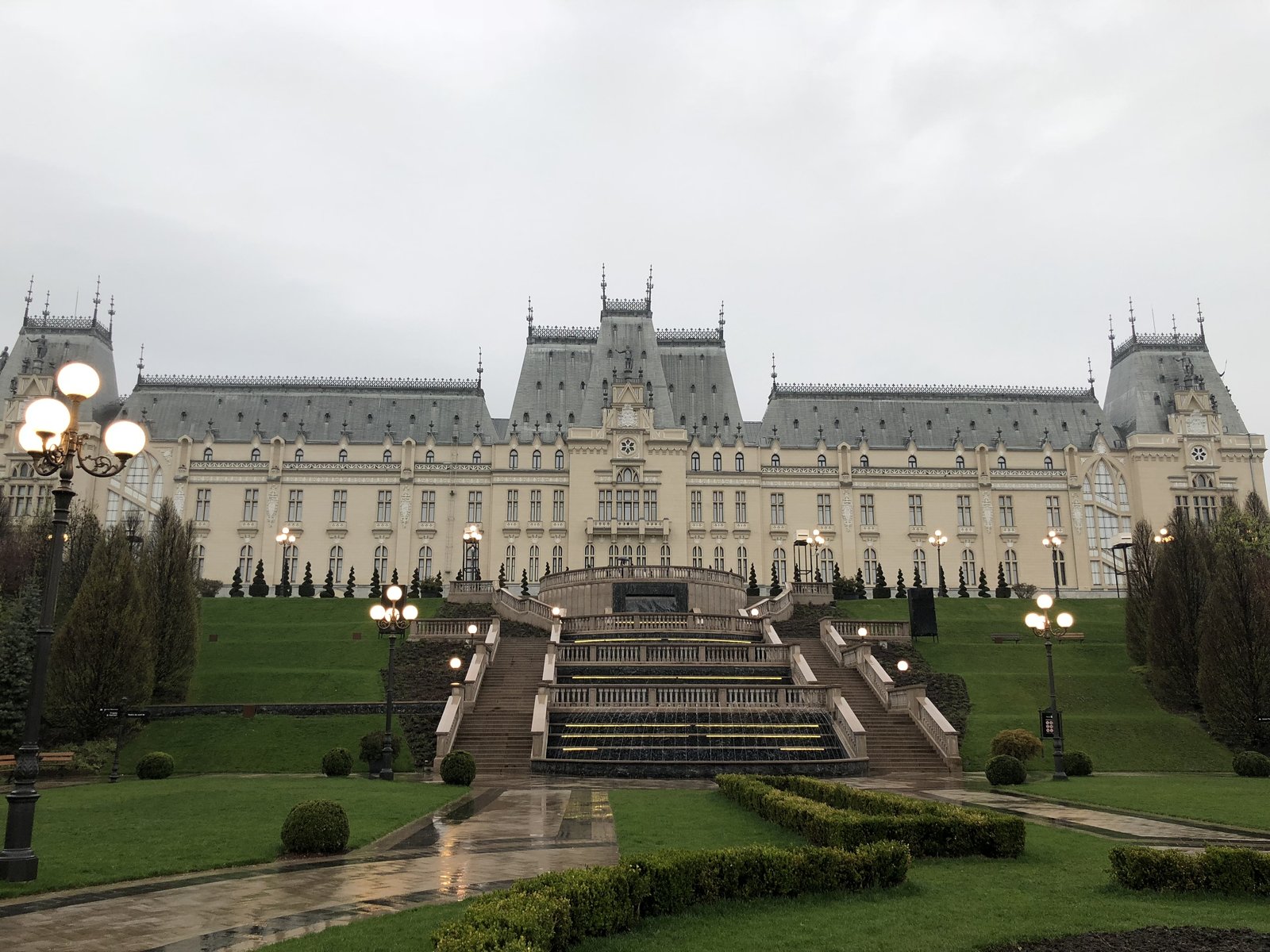 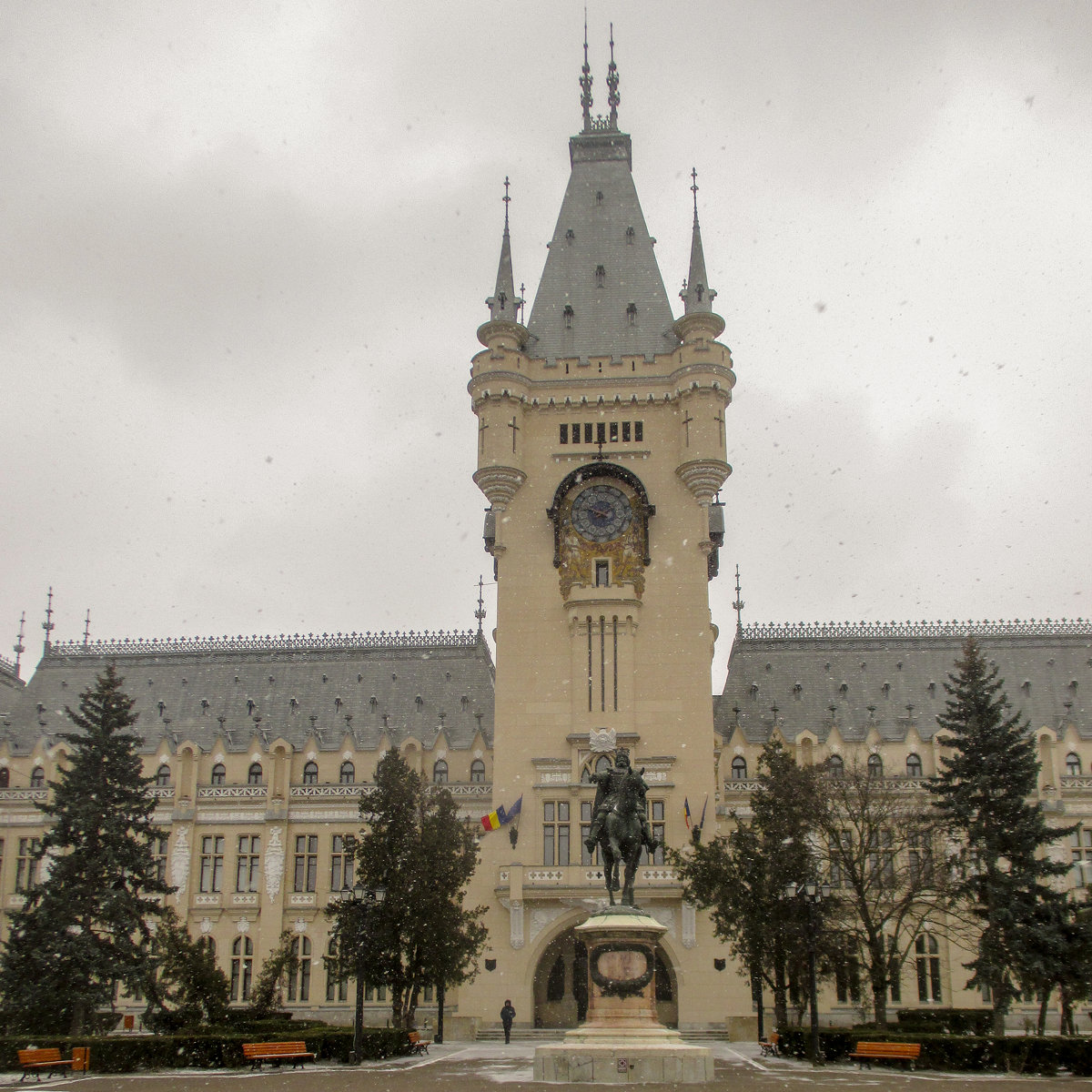 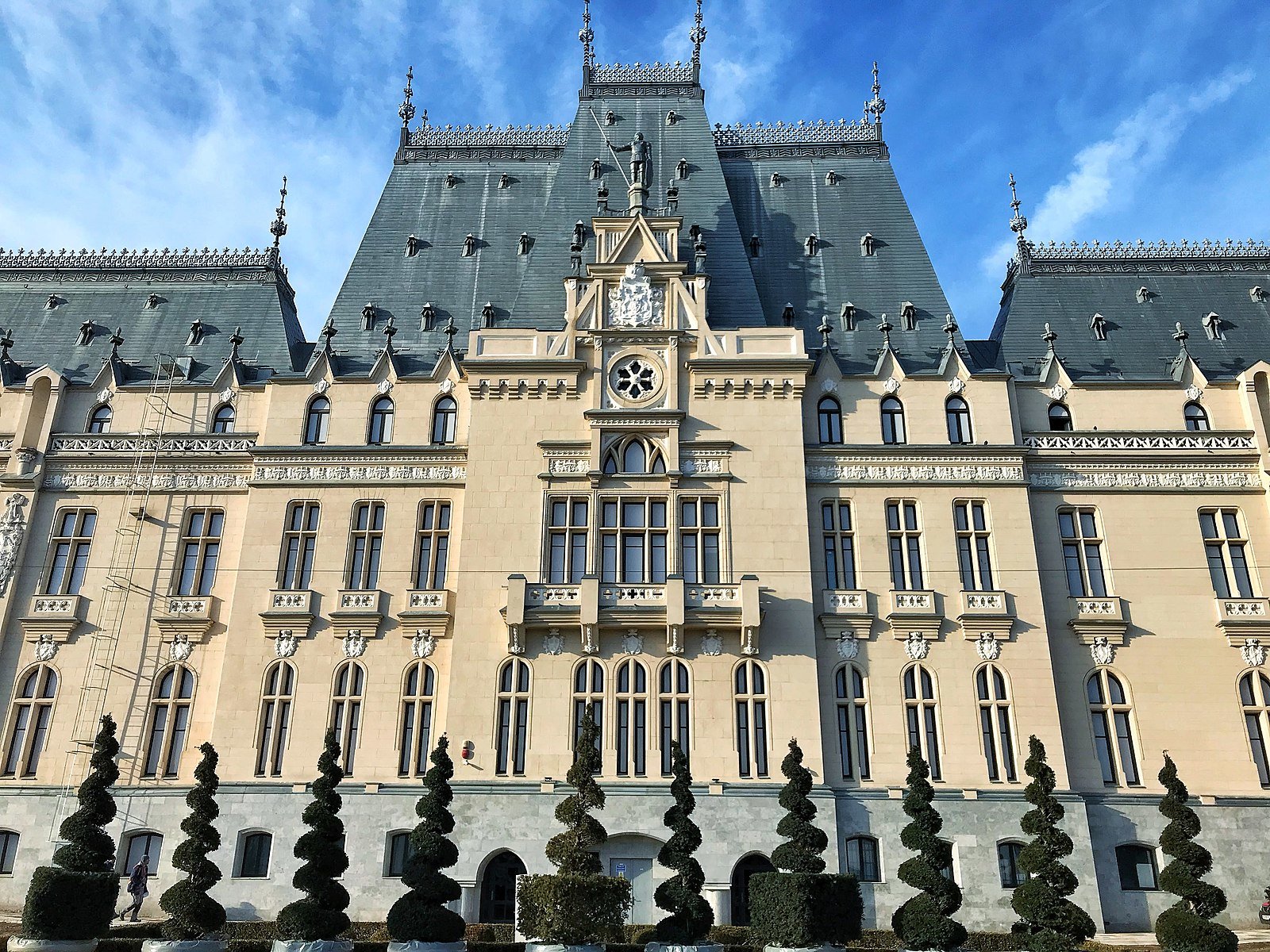 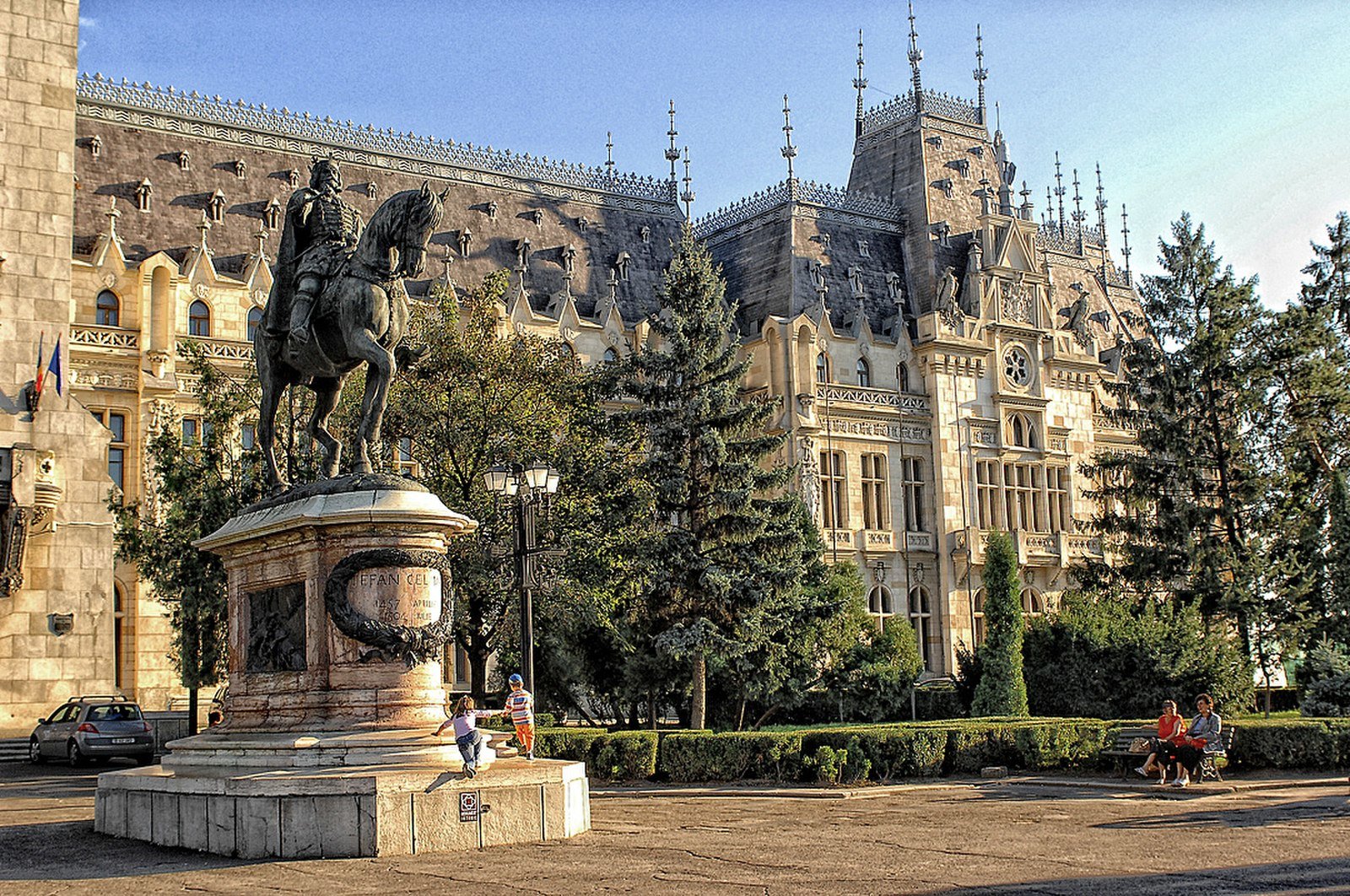 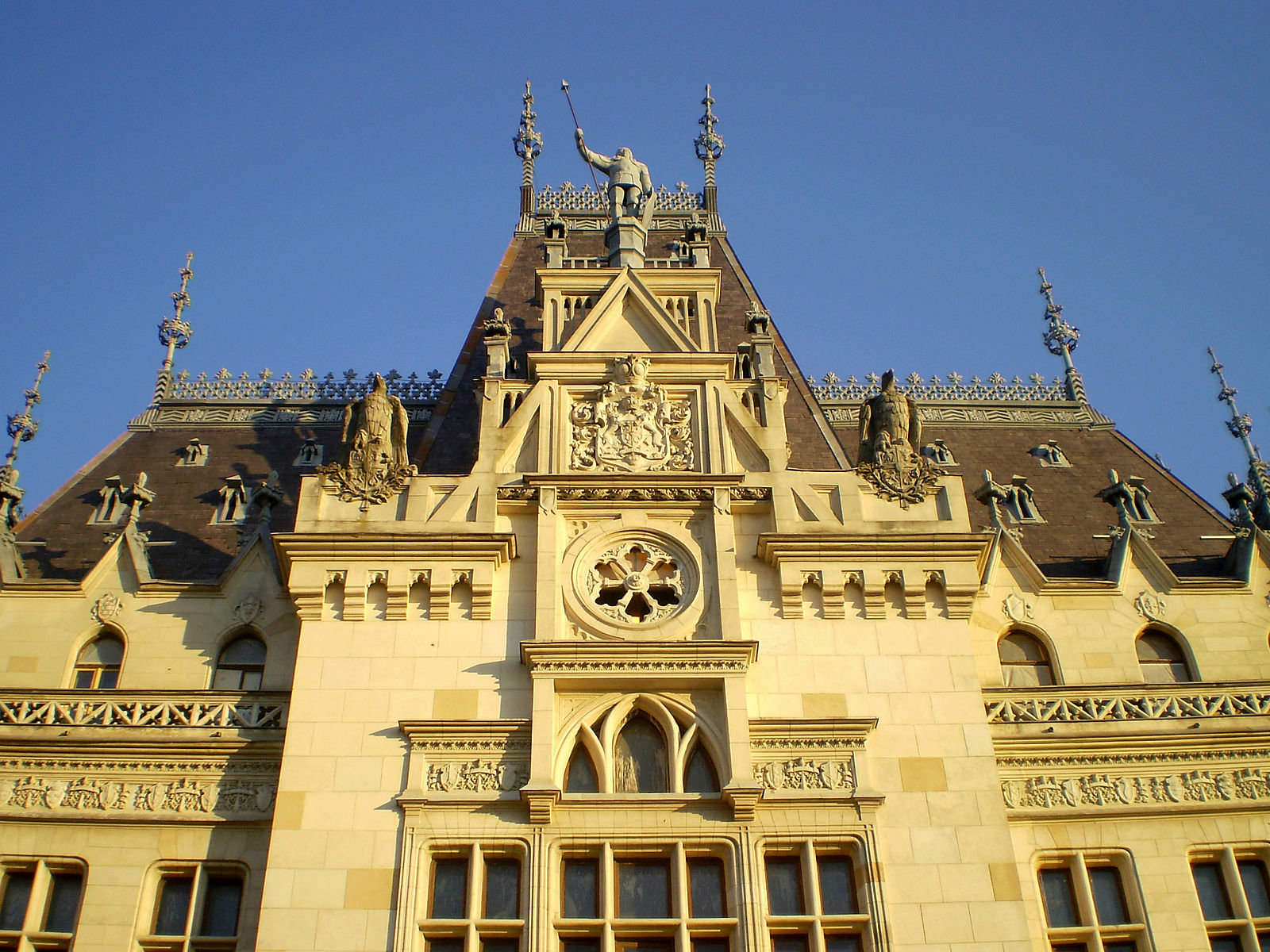 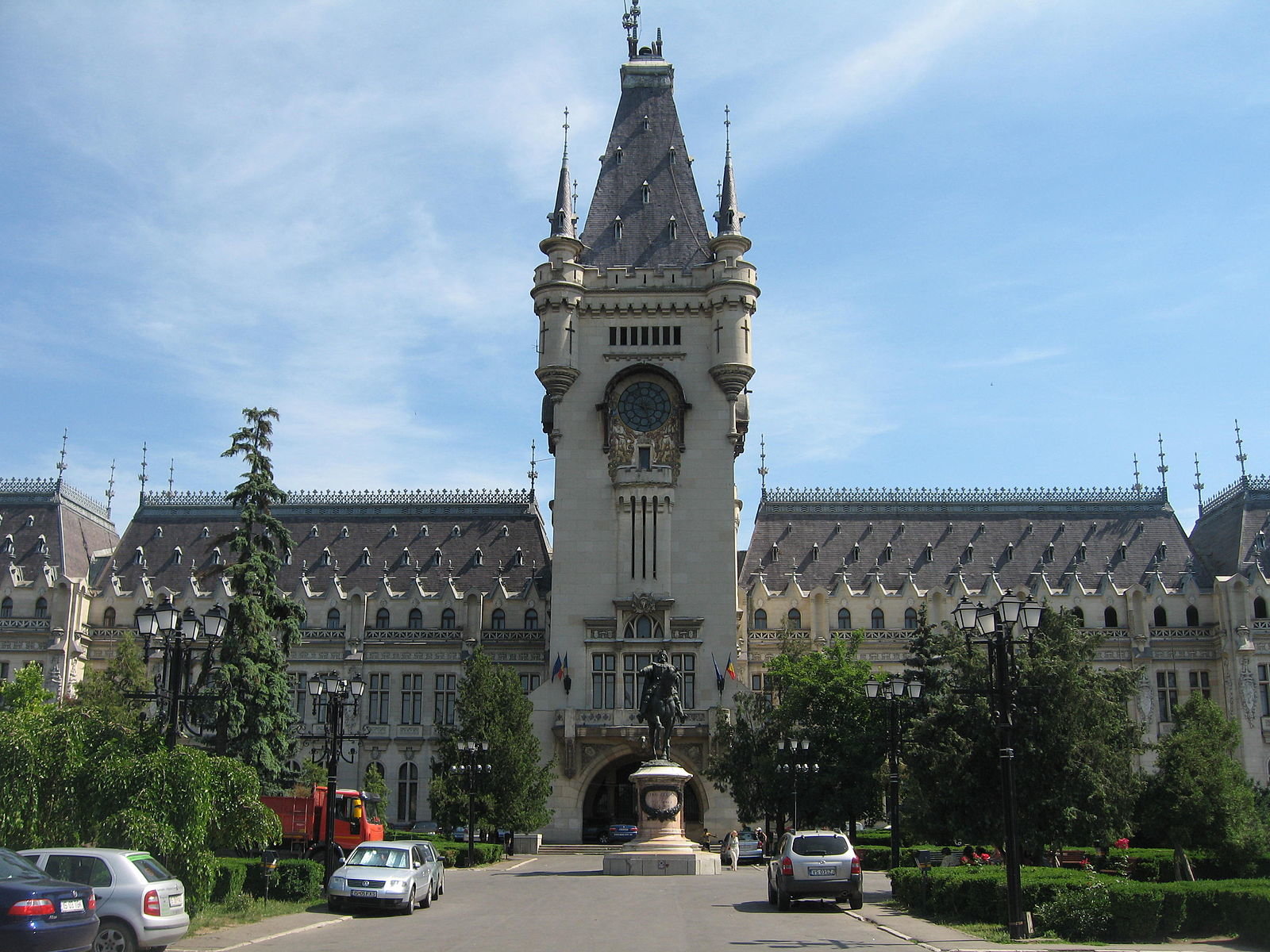 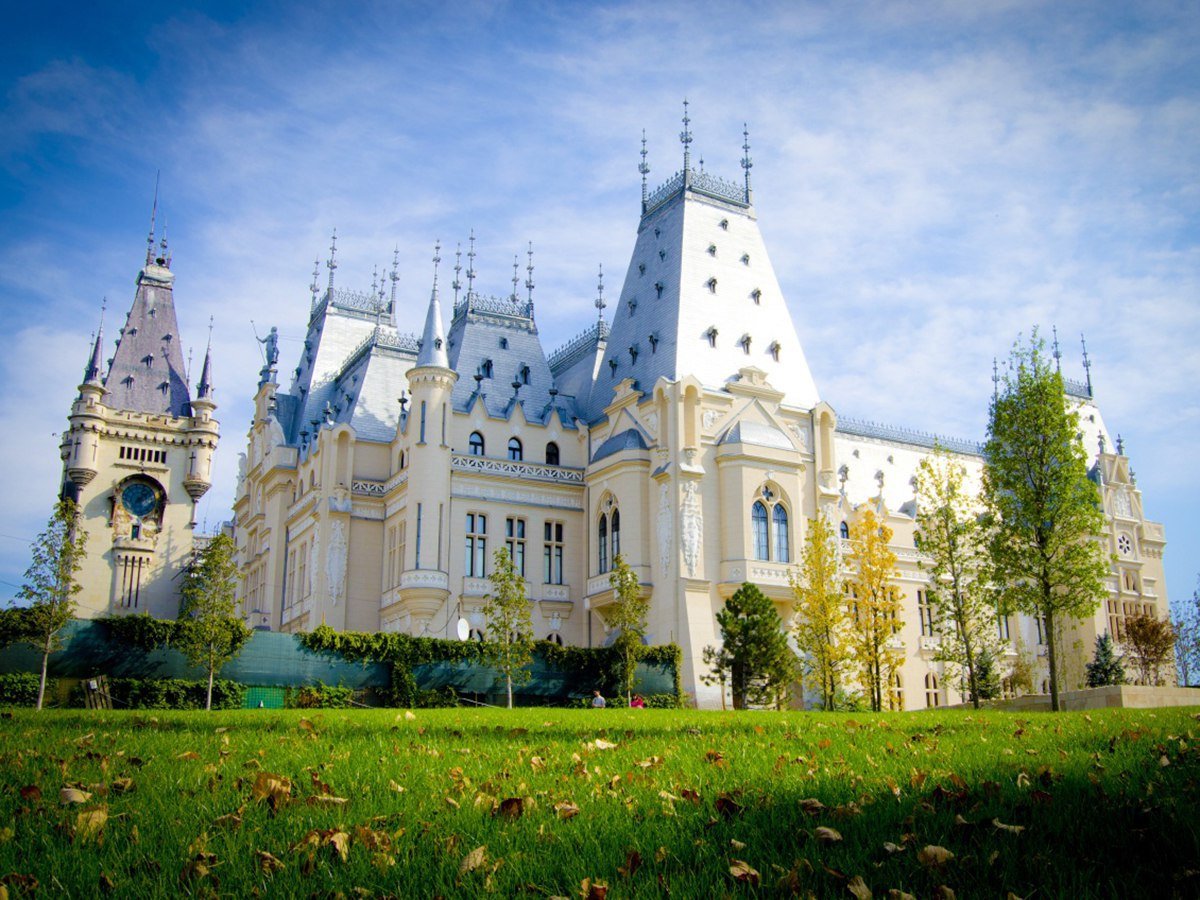 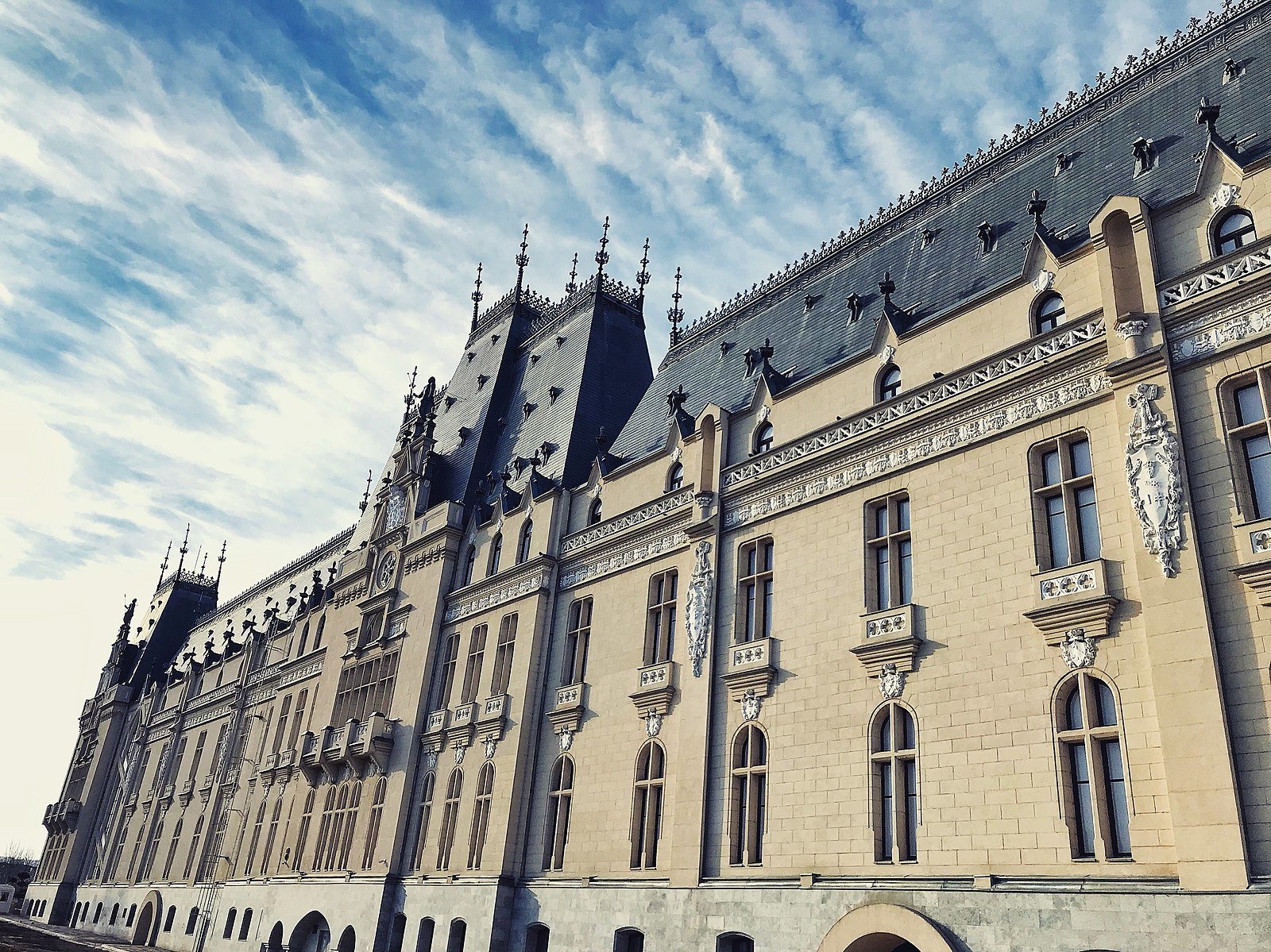 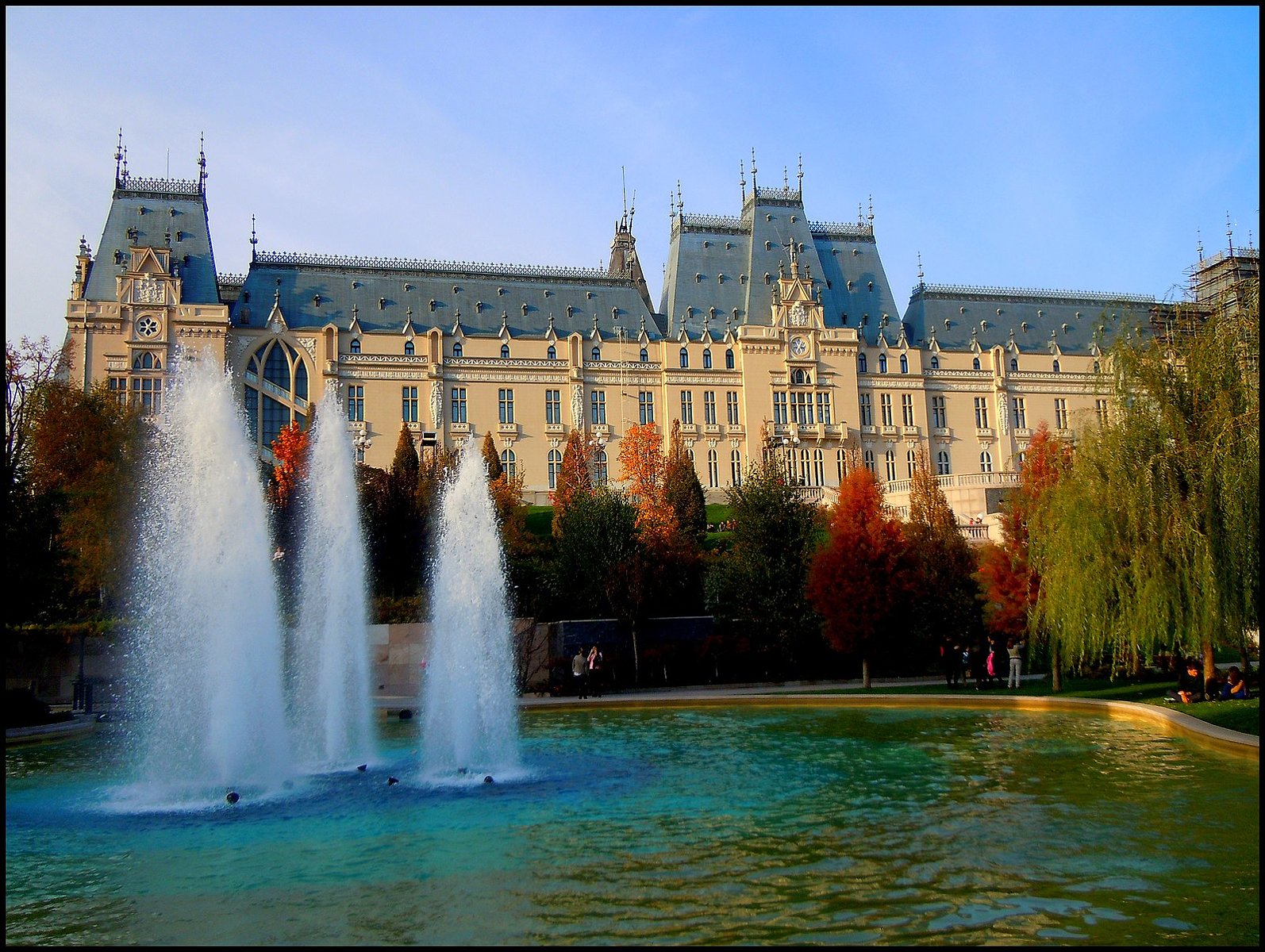