×
What are you looking for?
See all results
Forts in Husvik 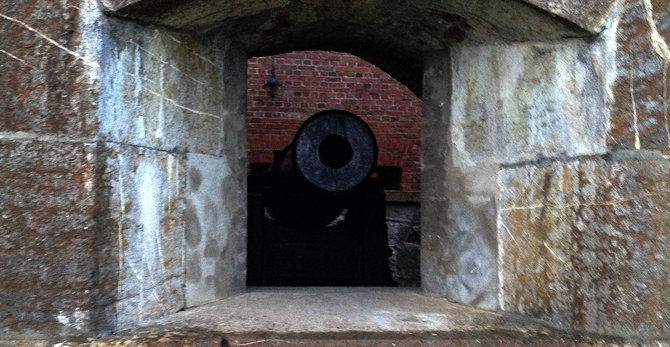 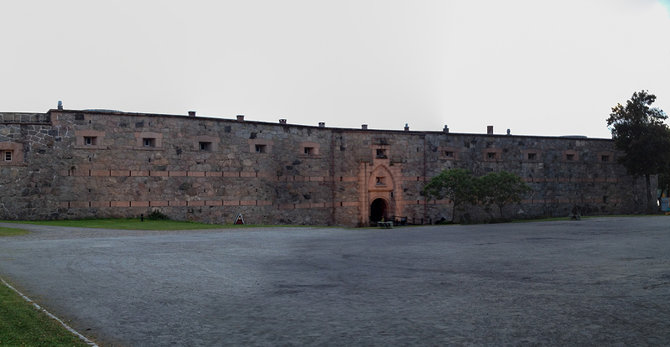 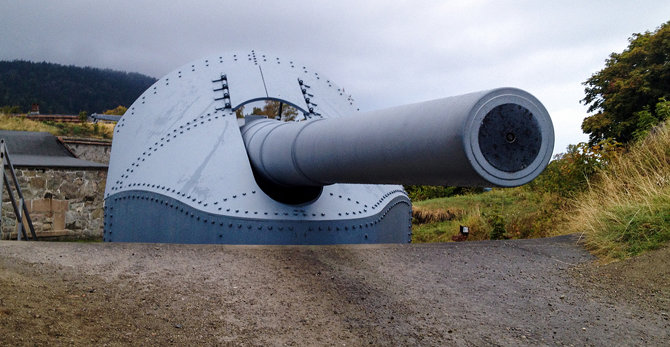 Oscarsborg Fortress (Norwegian: Oscarsborg festning) is a coastal fortress in the Oslofjord, close to the small town of Drøbak. The fortress is situated on two small islets, and on the mainland to the west and east, in the fjord and was military territory until 2003 when it was made a publicly available resort island. The fortress became famous during World War II for the 9 April 1940 sinking of the German heavy cruiser Blücher.

The narrows at Drøbak, called Drøbaksundet is a natural point for the naval defence of Oslo, the capital of Norway. The first defences were constructed during the reign of Christian IV of Denmark and Norway and were ready in 1644. The fortifications were however not involved in battle during the Hannibal War.

After the war the fortifications were dismantled, and only resurrected for a short period during the 1814 war with Sweden.

Around 1830 the discussion started for a renewed fortification of the Drøbak Narrows and the first stage was ready in 1848, the next in 1853. The name of the fortress was given by royal resolution on 23 August 1855 after a visit by the Swedish Norwegian King Oscar I.

By the end of the 19th century the art of war developed rapidly and the new fortress was soon obsolete. The tension was also growing between the two countries in the union and so the Norwegians decided to upgrade the fortress. From 1890 new improved German guns were installed, an underwater barrier was built in 1874-79, and an underwater torpedo battery was constructed. The main armament was three 28 cm calibre guns manufactured by Krupp. There were also a number of guns with smaller calibres (15 cm and 57 mm) on the mainland. An underwater barrier went from the main islet of Kaholmen and south-west to Hurum on the western side of the fjord, thus making it impossible for large vessels to sail west of the fortress.

Having been constructed in 1898-1901, and taken into service on 15 July 1901, the underground torpedo facility remained one of the few Norwegian defence installations unknown to German military intelligence at the point of the 9 April invasion. The battery was one of two in Norway and differed from the other torpedo battery, at Kvarven Fort, in that it was designed to launch its torpedoes from under the water level, instead of by torpedo tube from above ground as was the case with the battery at Kvarven outside Bergen.

At Oscarsborg the torpedo battery is a concrete construction inside a cave mined into the rock of the North Kaholmen island. Two torpedoes are loaded side by side, in an open steel frame. Then the frames are lowered like an elevator down in the water to the tunnels below. When fired, the torpedo's own compressed air engine was started and it propelled itself. The battery has three torpedo tunnels which could fire six torpedoes without reloading and a total of nine torpedoes were stored and ready for use.Each weapon carried a 100 kg TNT warhead and targets were spotted from an observation bunker just above the battery.

The torpedoes were delivered in 1900 from the Whitehead torpedo factory in Fiume, then part of Austria-Hungary. A second observation bunker is situated just outside the entrance to the battery.

Found a door slightly ajar. I have no idea if I'm allowed to be here or not — snorrelo @ Flickr

When the fortress finally came under attack in 9 April 1940, all of its armament was over 40 years old, and of German origin. Both the guns and the torpedo battery worked flawlessly and threw back the German naval force heading for Oslo, thus managing to save the Norwegian King and government from being taken prisoner.

During the occupation of Norway German forces were stationed at Oscarsborg.

The Fortress was returned to Norwegian control on 12 May 1945 when Captain Thorleif Unneberg took command of the fortifications and raised the Norwegian flag following the capitulation of all German forces in Norway four days earlier. The flag in question was the same that had flown over the fortress until it was captured by the Germans in April 1940. Colonel Birger Eriksen was present on the occasion and held a speech.

During the Cold War Oscarsborg formed a last line of defence for the capital city, with the underground torpedo battery remaining secretly active up until 1 January 1993, having been modernized in the 1980s.

After the deactivation of the last weapons systems, the remaining military activity on Oscarsborg consisted of the Coastal Artillery officer training programme. The officer school was officially shut down on 28 June 2002.

The fortress is now largely a civilian resort and attraction, open for visitors. The scenic surroundings is much used for conferences and excursions. Visitors take a short motor launch trip from Drøbak.

Bunnefjorden is the part of Oslofjorden placed east of Nesodden. North

The Center for Studies of Holocaust and Religious Minorities in Norway

Villa Grande is the name of a property on Bygdøy in Oslo.

Lysakerfjorden is an arm of the Oslofjord in Norway. It starts at the

The Fram Museum (Norwegian - Frammuseet) is a museum telling the story

The Kon Tiki Museum (Norwegian: Kon-Tiki Museet) is a museum in 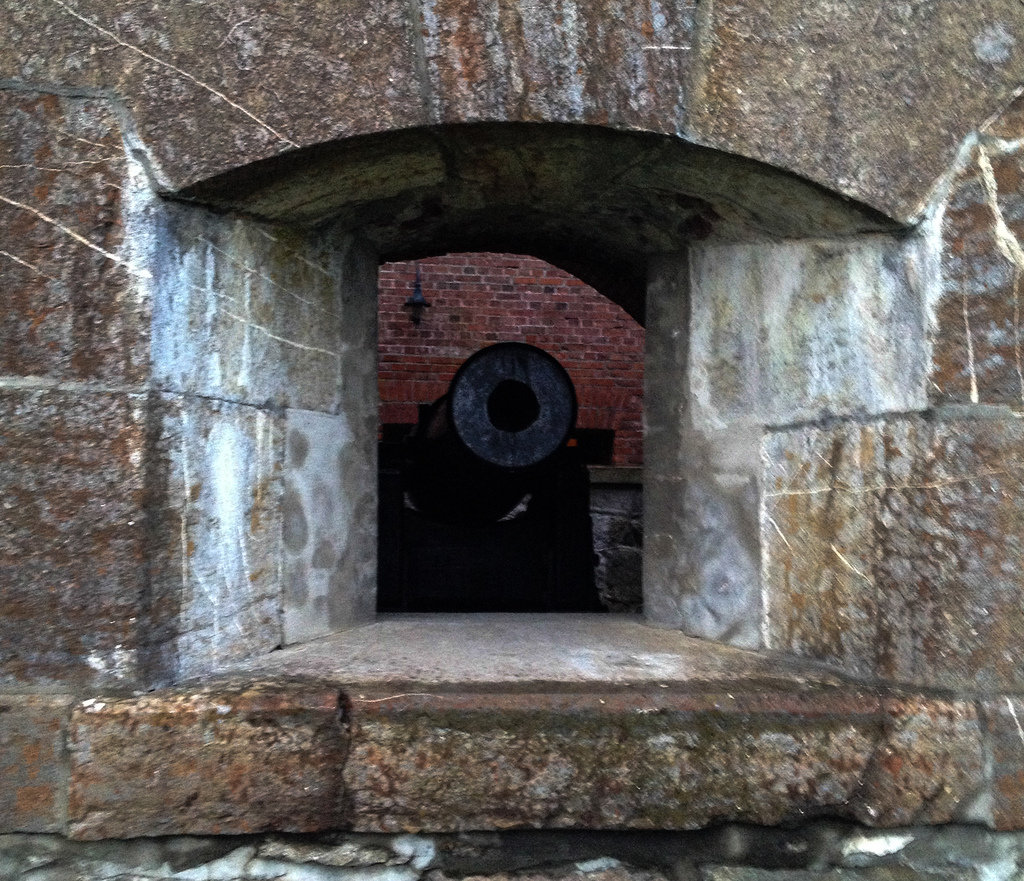 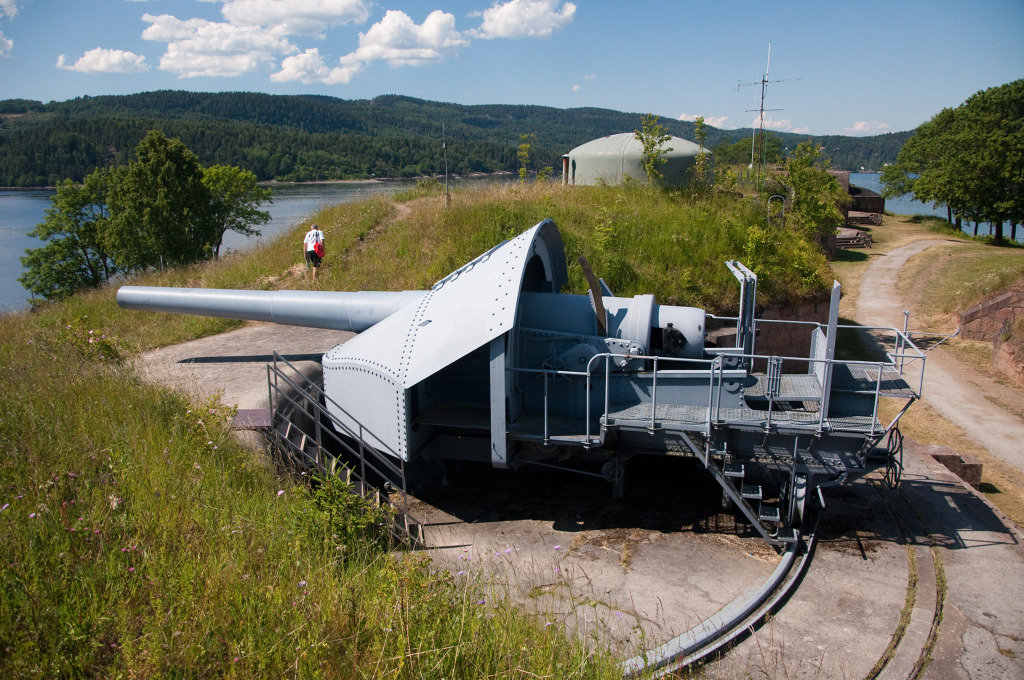 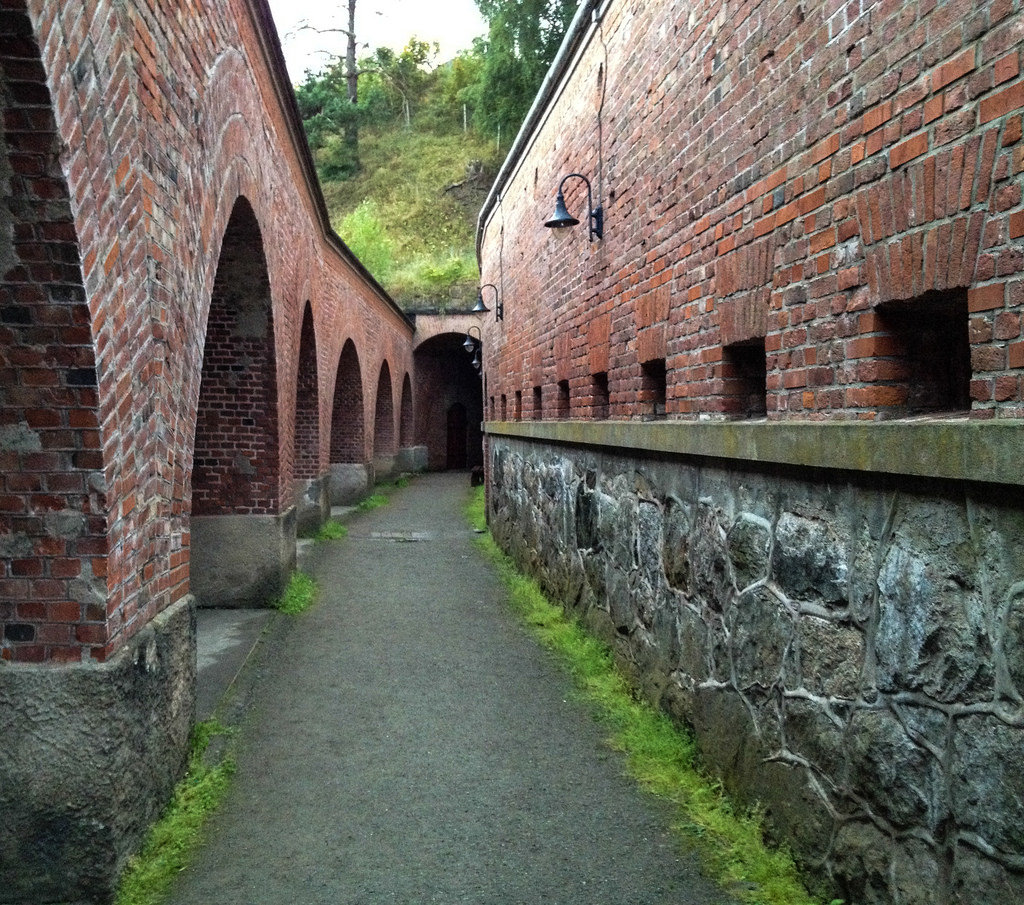 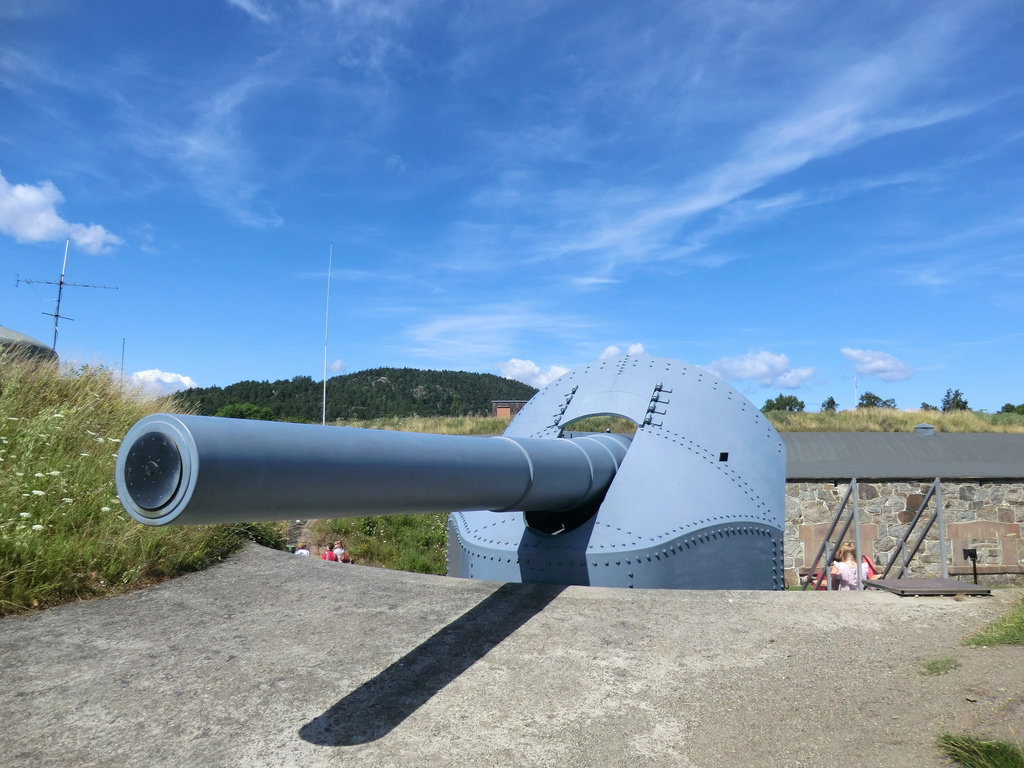 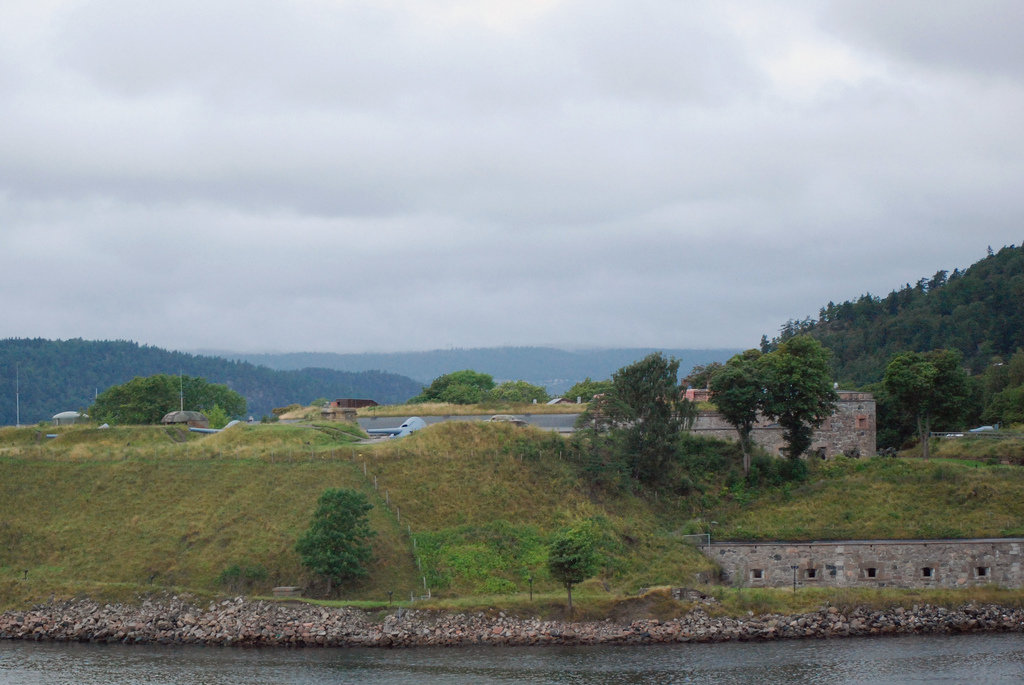 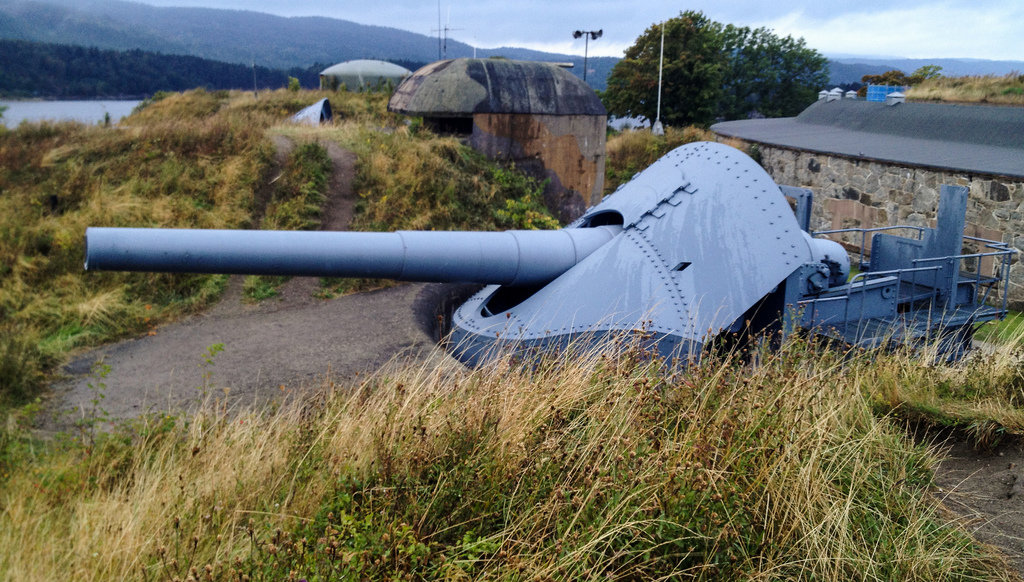 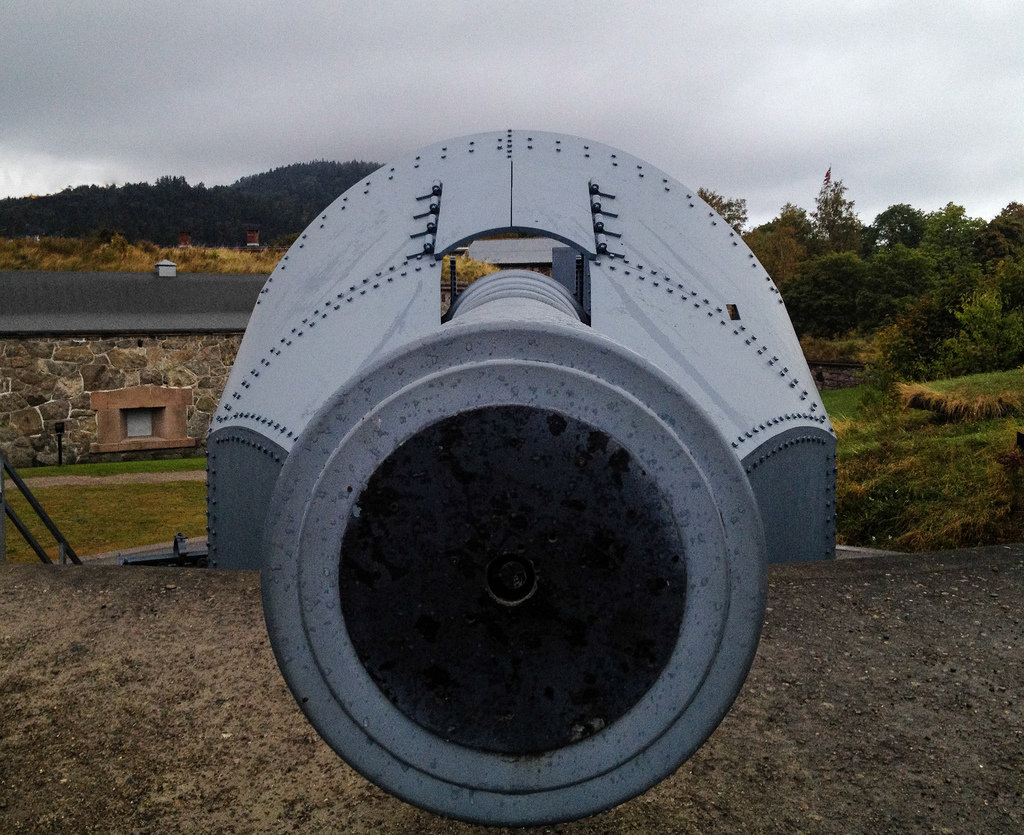 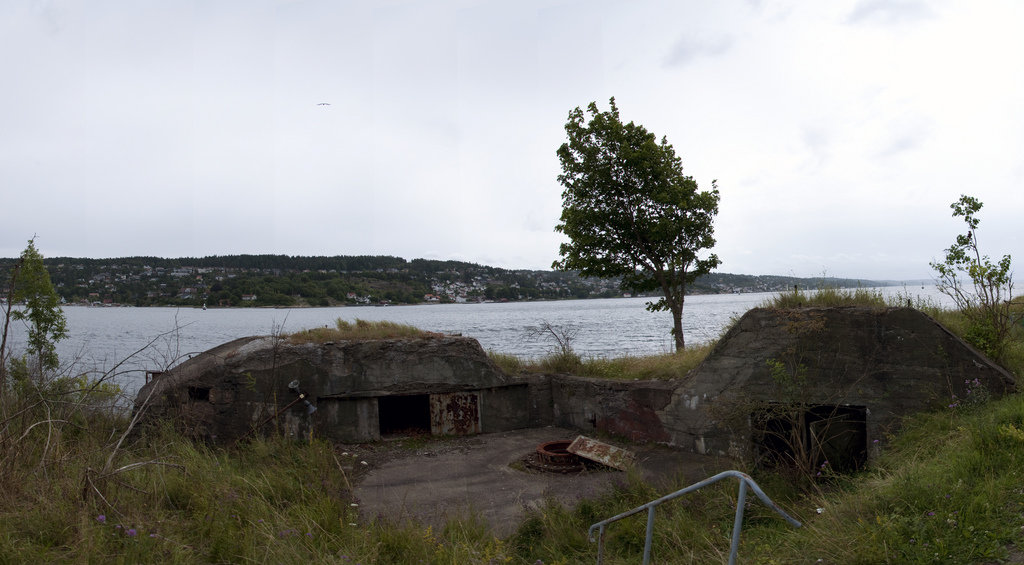 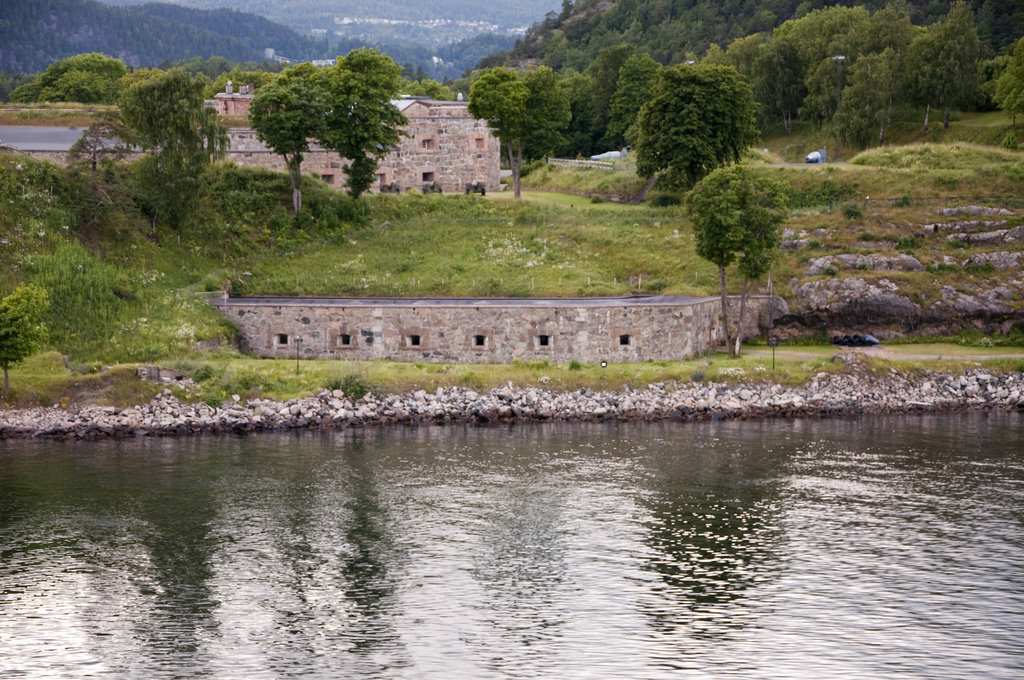 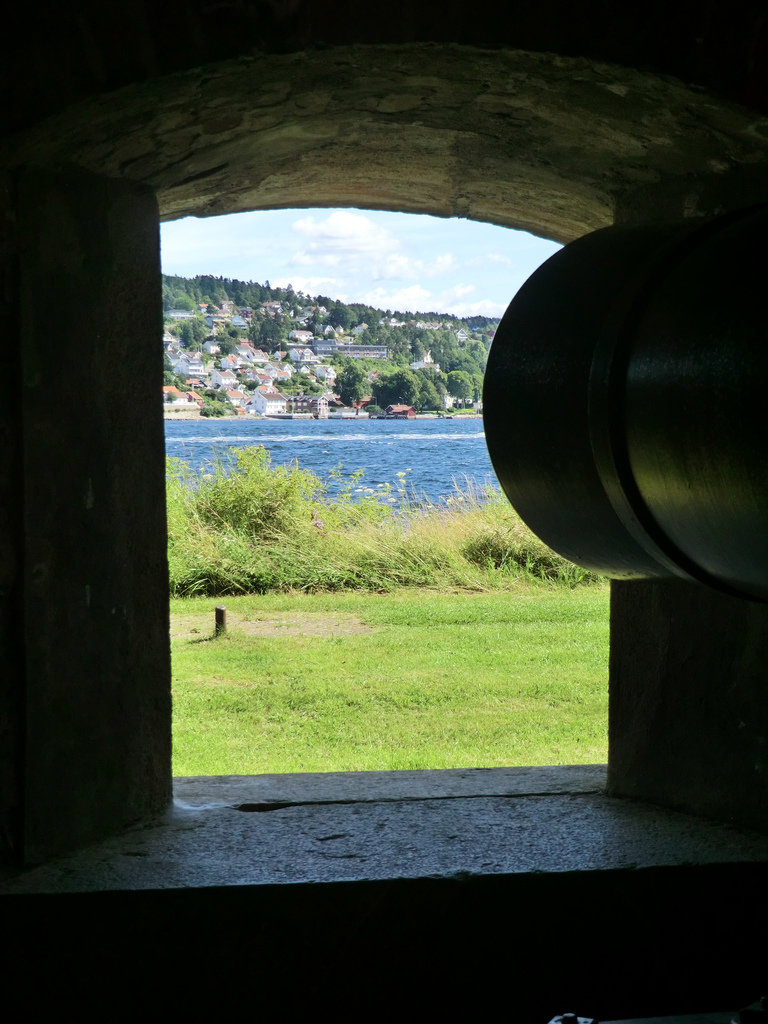 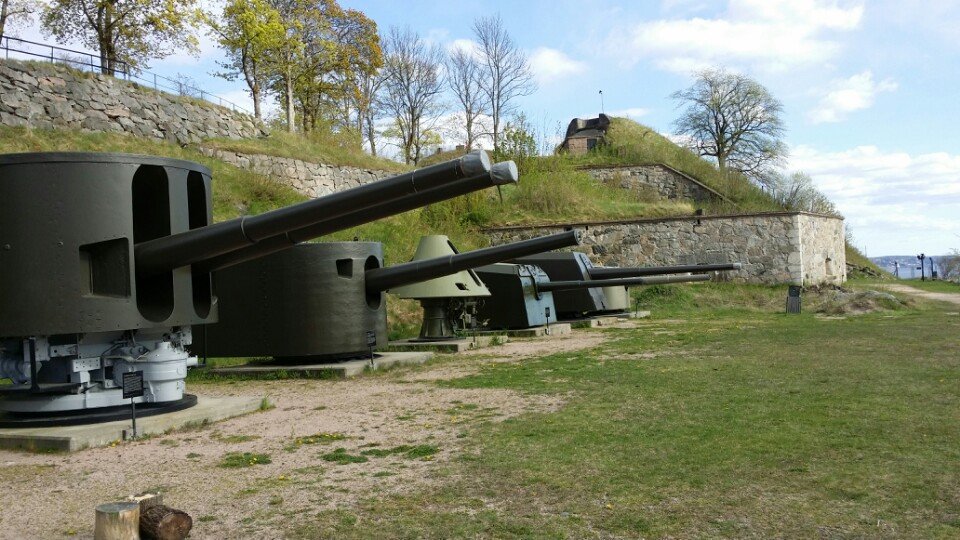 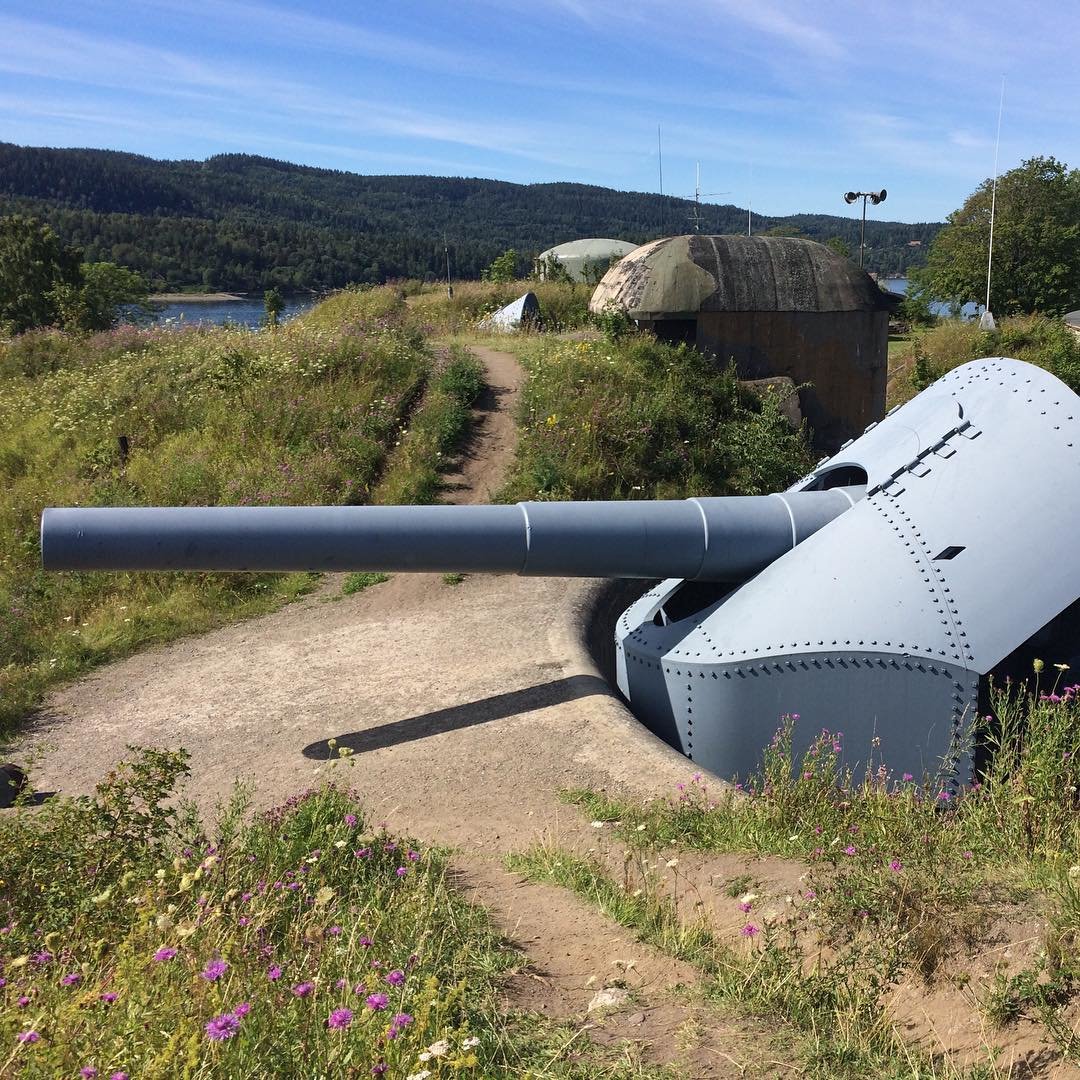 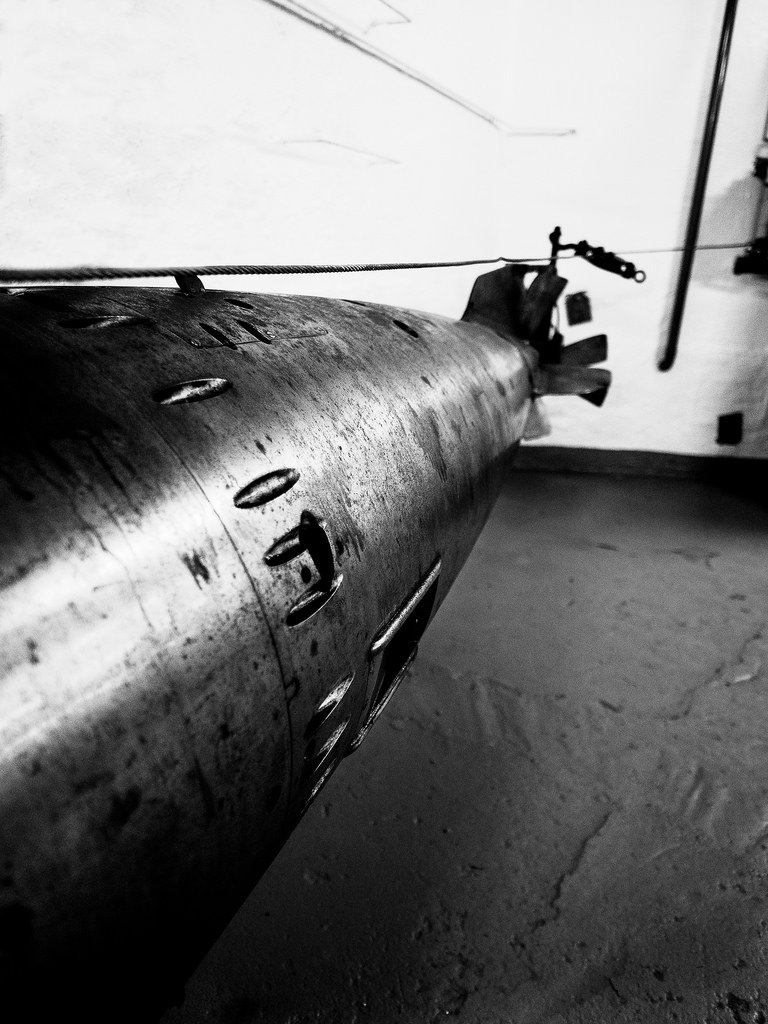 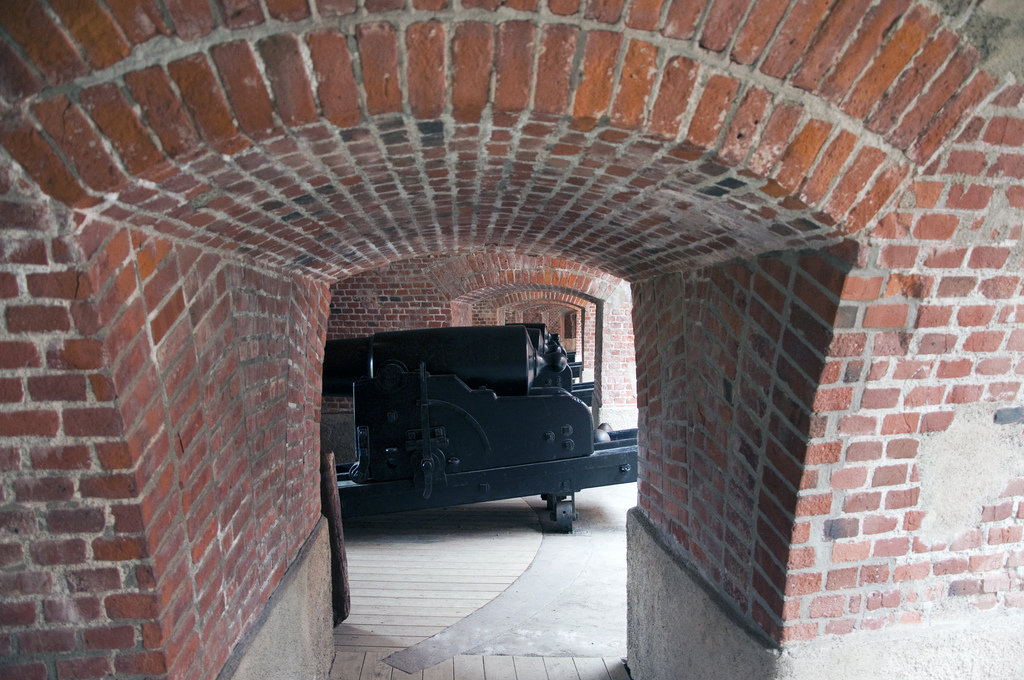 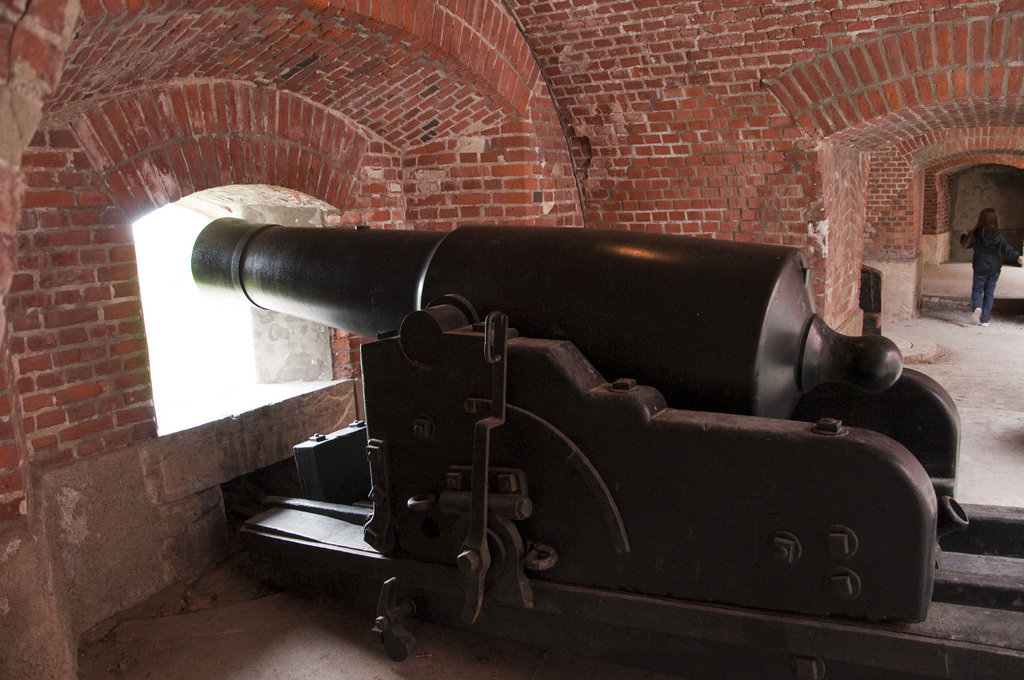 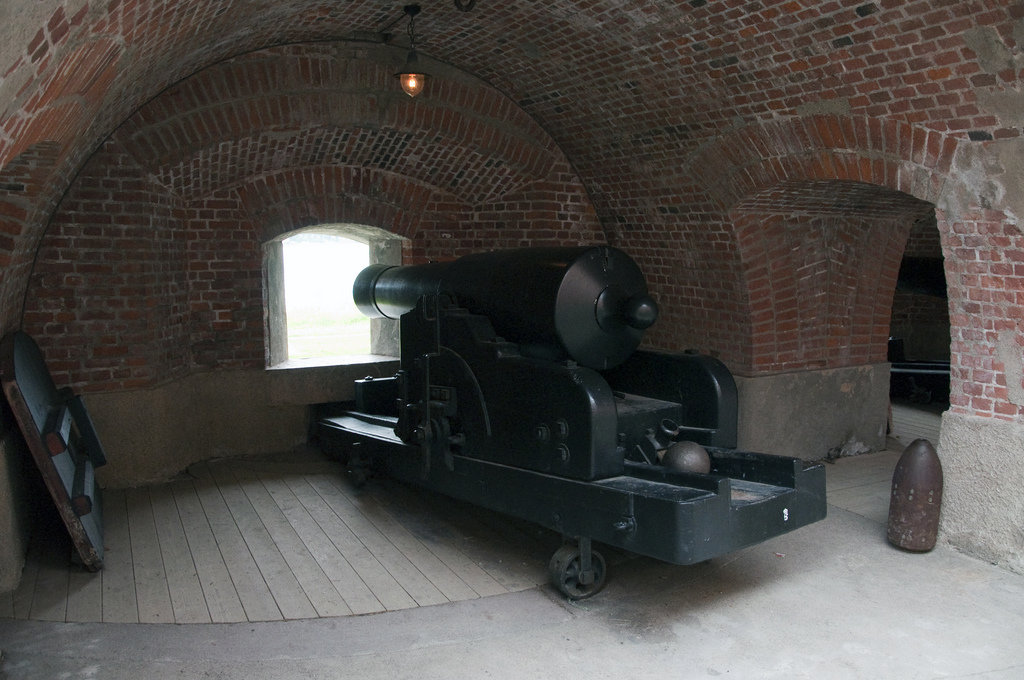