×
What are you looking for?
See all results
Entertainment districts in Singapore 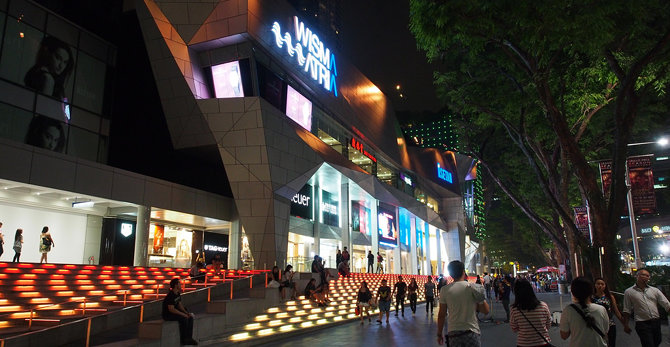 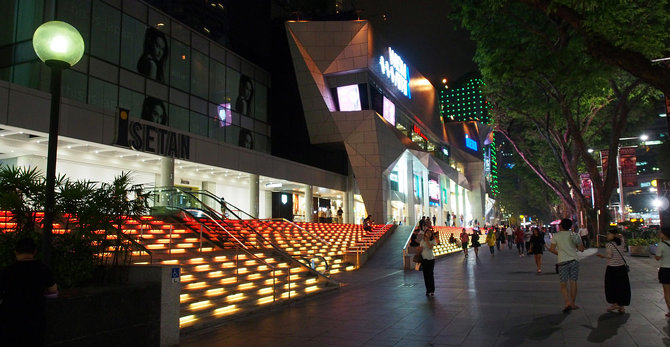 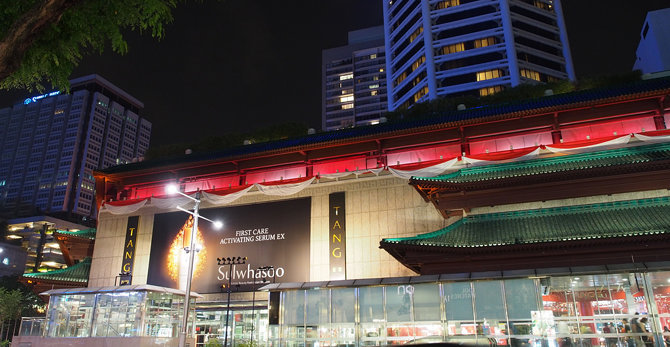 Orchard Road, a 2.2 kilometre-long boulevard, is the retail and entertainment hub of Singapore. Often known colloquially as Orchard, the area is a major tourist attraction. This road got its name from the various orchards and plantations that existed in the area in the early 20th century. It is also known as Tang Leng Pa Sat Koi(Tanglin market street) and Vaira Kimadam (Fakir's place) by the Singaporean Chinese and Singaporean Tamils respectively.

The Orchard Planning Area is one of 55 urban planning areas as specified by the Urban Redevelopment Authority and is a commercial district. It is part of the Central Region and Singapore's central business district, the Central Area.

Orchard Road underwent a $40 million revamp in 2009, with the addition of new street lamps, planter boxes, urban green rooms, street tiling and flower totem poles, which have since been removed.Шаблон:Clarify

Orchard Road got its name from the nutmeg, pepper and fruit orchards or the plantations that the road once led to. Such plantations were common in the area in the 19th century. Other sources attribute to the name to Mr. Orchard, a gardener and an owner of plantations which are located at the corner of present-day Scotts Road and Orchard Road.

The Orchard Road road area was also known to Chinese Singaporeans as Tang Leng Pa Sat Koi or "Tanglin market street". The Tamil people in Singapore gave the area the name Vaira Kimadam or "Fakir's place". They also called the area Muttu Than (high ground), in a reference to the area's hilly terrain.

After a more than a century as a two-way thoroughfare, Orchard Road became a one-way street in 1974. The ever-lively street starts at the junction with Orange Grove Road which is the location of the Orchard Hotel. It then stretches southeast across the Scotts Road/Paterson Hill junction, Orchard MRT Station, Bideford Road, Somerset MRT Station, Central Expressway, Dhoby Ghaut MRT Station, and ends at the junction with Handy Road (just before Prinsep Street), where it becomes Bras Basah Road. It has an extensive underground infrastructure, including underground pedestrian walkways between the malls running underneath the street and other streets in the vicinity. The numbers begin at Handy Road and end at Orange Grove Road.

Orchard Road was already cut in the 1830s, though the new road was not named in George Coleman's 1836 Map of Singapore. In the 1830s the Orchard Road area was the scene of gambier and pepper plantations. Later, nutmeg plantations and fruit orchards predominated, hence its name.

By 1846, the spread of houses had reached up to Tank Road. There were none on the left side and only three or four houses went past Tank Road on the right side of Orchard Road.

One major sight during this period was a Dr Jun tending his garden, which helped endorse the road's name. He had a garden and plantation at the corner of what is now Scotts Road and Orchard Road.

Towards the later part of the 1840s, graveyards began to appear along the road. By 1846, the Chinese had a large graveyard around what is now the Meritus Mandarin Hotel and Ngee Ann City, while the Sumatrans from Bencoolen had their burial ground where the current Hotel Grand Central stands. Later a Jewish cemetery was established; it was located where Dhoby Ghaut MRT Station is now and was demolished in 1984.

In the 1860s, Orchard Road had a great number of private houses and bungalows on hills looking down through the valley where the road passed through. Early in the 1890s, King Chulalongkorn, the then King of Siam, acquired "Hurricane House" in the vicinity of Orchard Road through Tan Kim Ching, the Thai Consul in Singapore. Two further pieces of adjoining property were added later and these subsequently became the site of the Royal Thai Embassy at 370 Orchard Road.

In the early 20th century, it was noted that Orchard Road "present[ed] the appearance of a well-shaded avenue to English mansion[s]," comparable in its "quiet but effective beauty to Devonshire lanes."

Flash floods occurred at the road's iconic junction with Scotts Road on 16 June 2010 after 100mm of rain fell from 8 am to 11 am, reportedly the worst flood at the junction since 1984. Shopping malls along Orchard Road like Lucky Plaza and Liat Towers were affected. The flood had caused some shopping mall and car park basements to be submerged. Rescuers had to pull out about 70 passengers from cars and buses, as flooding shut down Orchard Road. Some people sustained injuries.

Notable past and present landmarks

The Istana is at Orchard Road's southern end. Nibong palms survive near its entrance, with a plaque that reads, "As the nibong is a mangrove palm, this site must have once been a mangrove swamp." This information leads many to believe Orchard Road was once a muddy swamp and these palms are remnants of that original habitat.

On the northern side of Orchard Road is the Botanic Gardens. Along Scotts Road is Goodwood Park Hotel, a fine example of colonial architecture and a monument. At the junction of Scotts Road and Orchard Road is TANGS, the first upmarket department store in Singapore.

About halfway down Orchard Road are Cairnhill and Emerald Hill, where the rich Chinese built their residences, now prime properties sought after by affluent professionals and expatriates. Next to Emerald Hill is Centrepoint, which houses the supermarket Cold Storage, possibly the oldest surviving business establishment in the area. Other establishments have not been so fortunate. Amber Mansions, one of the earliest apartment blocks in Singapore, built around the turn of the 20th century, was torn down in the 1980s to make way for the Dhoby Ghaut MRT Station.

Occupying the site of the former Pavilion Cinema, Specialists' Shopping Centre was one of the earliest redevelopment projects on Orchard Road. The shopping centre has since been demolished (2007) to make way for a new development, Orchard Gateway. Its flagship store was John Little, which has been in Singapore since the mid-19th century, when it opened its first outlet in Commercial Square (now Raffles Place).

Elsewhere just off Orchard Road on Scotts Road, Scotts Shopping Centre housed Singapore's first food court, which sat below the Ascott Singapore. It was torn down in June 2007 to make way for a new building.

Orchard Road is flanked by pedestrian shopping centres. Orchard Road contains numerous upmarket restaurants, coffee chains, cafés, nightclubs and hotels. It is the site of the official residence and office of the President of Singapore, the Istana.

Tanglin Mall is located at the junction of Tanglin Road and Grange Road. Its customer base is made up of expatriates, yuppies and professionals. Anchor tenants include Tanglin Market Place, a gourmet supermarket and bakery, and Tasty Food Court where up to 15 varieties of local cuisine can be found.

313@somerset is directly linked to the Somerset MRT station and features a concentration of mid-range retail and dining outlets. Retail options are made of a mix of local and global fashion labels including Zara, Uniqlo, New Look, Esprit and a Forever 21 flagship store that spans four floors.

Visitors in Singapore (from 27 May to 24 July 2011) qualified for Great Singapore Sale tourist privileges and discounts at shopping complexes along Orchard Road. During this period, a number of shopping centres extend their opening hours till 11pm.

American fashion retailer Abercrombie & Fitch opened a flagship store on Orchard Road on 15 December 2011. The store was marked by controversy over an ad during its construction phase.

Every first Saturday night of each month, a section of Orchard Road will be closed and the road will be used as a temporary pedestrian street between Scotts Paterson Junction and Bideford Junction between 6pm -11pm from October 2014 to May 2015. Known as Pedestrian Night on Orchard Road, this six-month pilot initiative aims to inject street vibrancy into the precinct by creating an integrated community space with activities such as street tennis and mass yoga.

Each Christmas, Orchard Road is decorated with Christmas lights. The following celebrities had switched on their lights:

There are three major MRT stations in the Orchard Road vicinity: Orchard, Somerset and Dhoby Ghaut MRT stations. These stations are important hubs for commuters, locals, students and tourists who travel to the Orchard Road shopping and business district. Since the opening of the ION Orchard, the entrance of the Orchard entrance has been moved underground below the upcoming shopping complex.

There are many bus services provided by SBS Transit [1] and SMRT [2] that go to Orchard Road. The major bus stops along Orchard Road are situated at:

The development's observation deck, ION Sky, is located on the 55th

The Istana Park (Chinese: 总统府公园) is a park in Singapore, located i

The Sri Thendayuthapani Temple, better known as the Chettiars' Temple

The National Museum of Singapore (Chinese: 新加坡国家博物院) is a national m

Tan Si Chong Su is a Chinese temple in Singapore, and is located at

Covent Garden (pronounced ) is a district in London, England, located 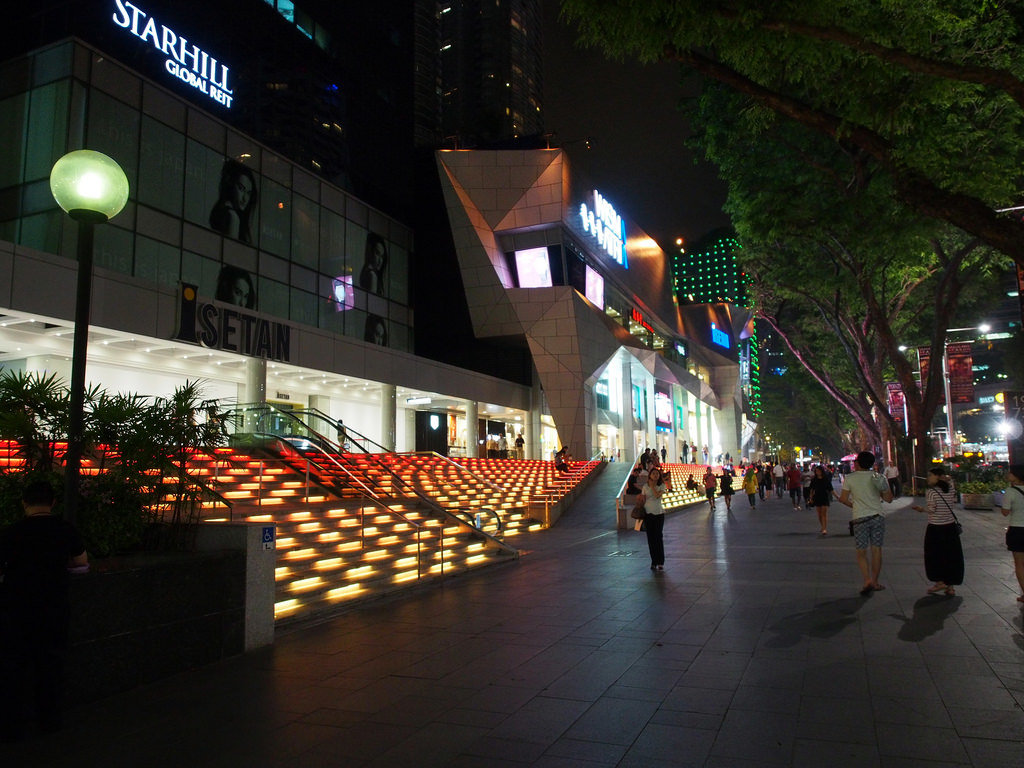 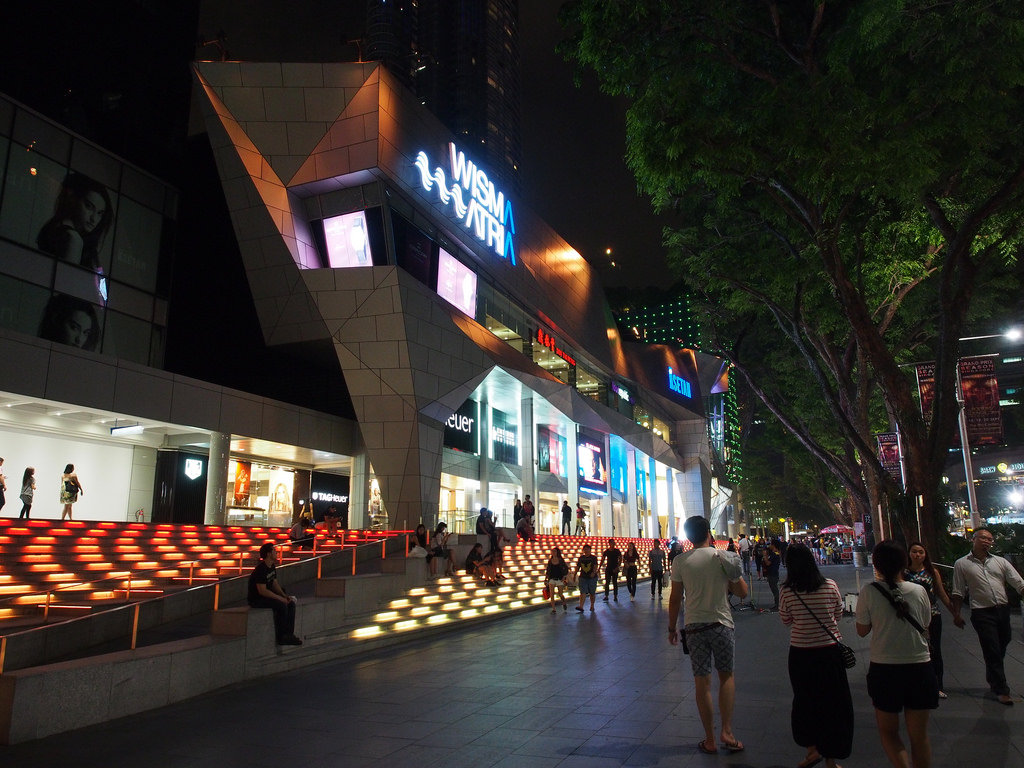 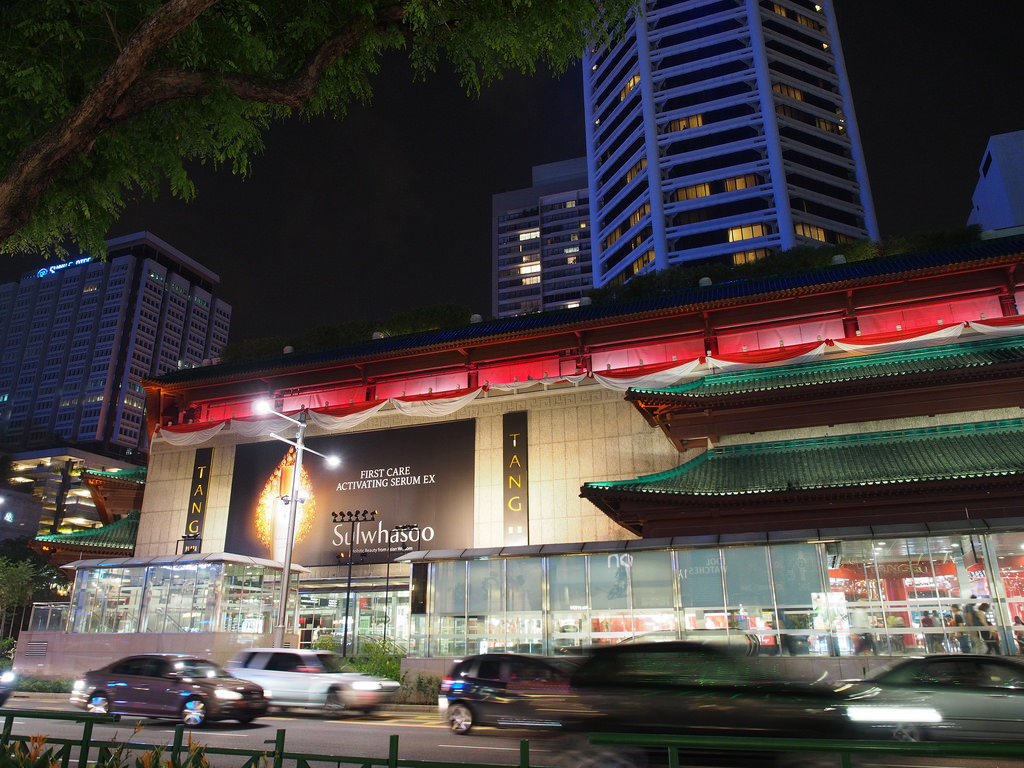 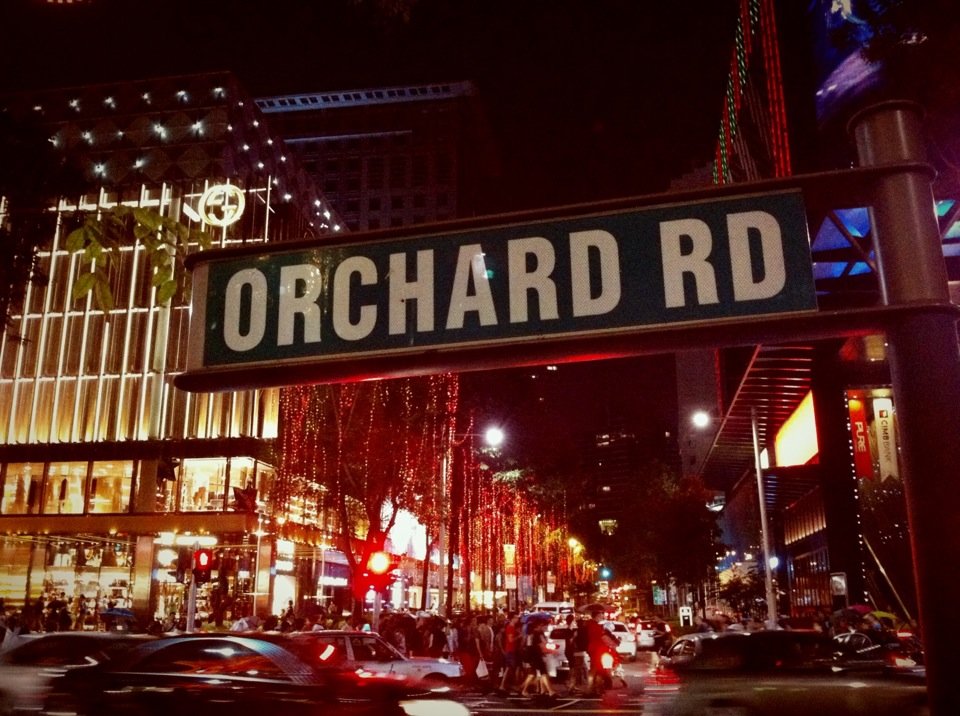 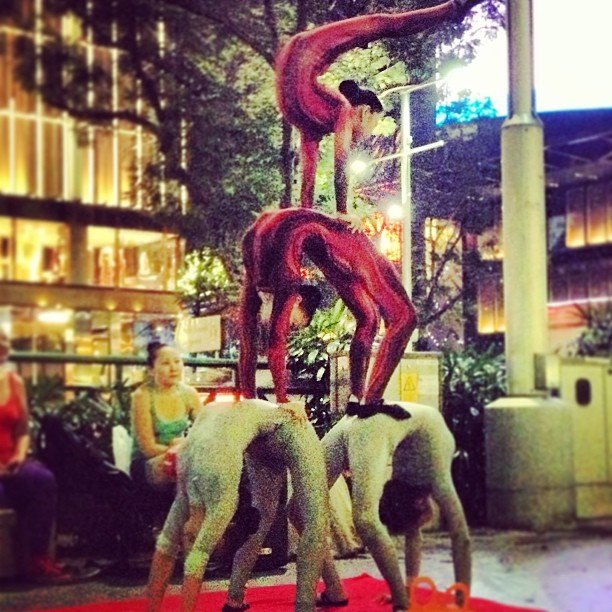